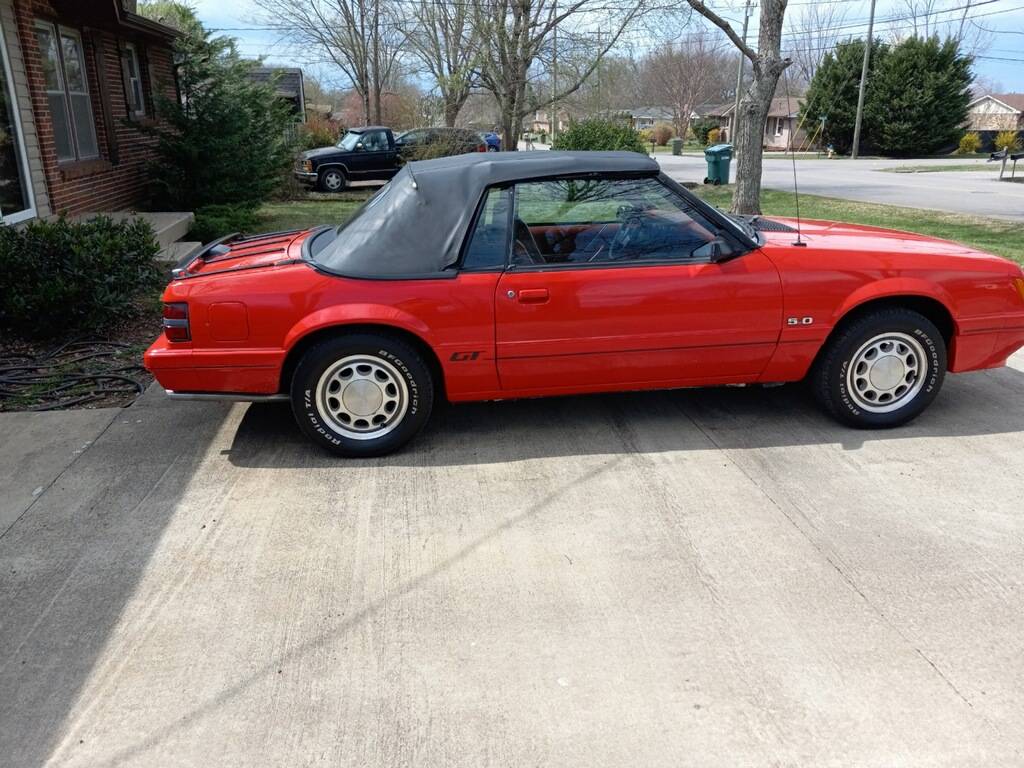 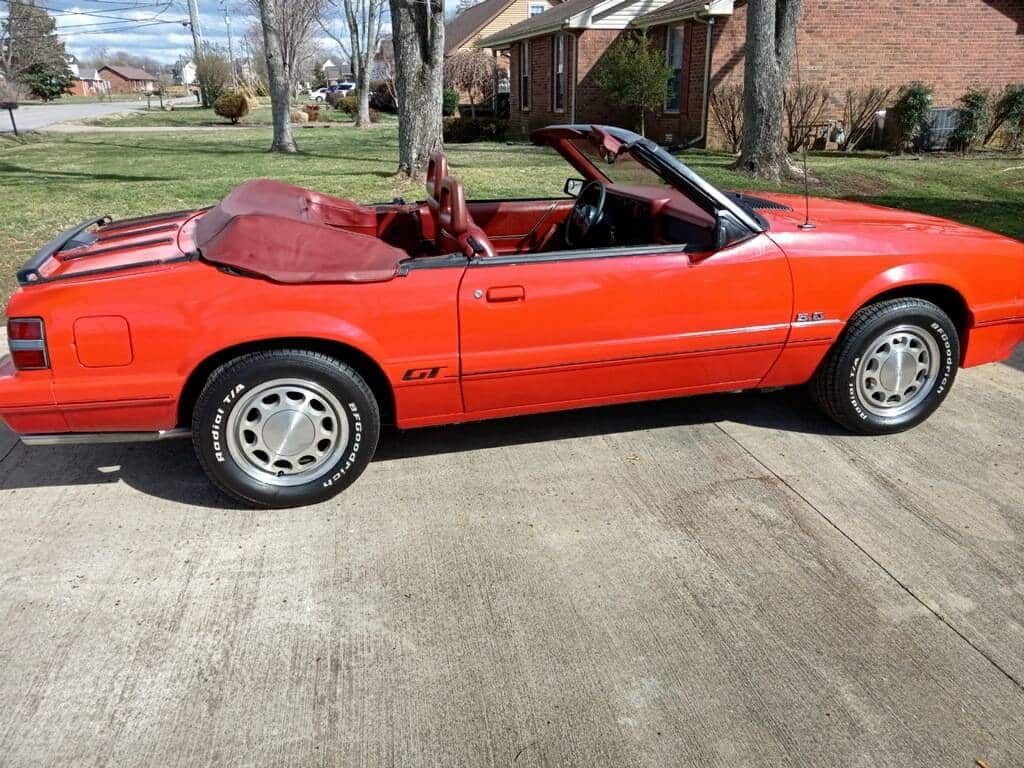 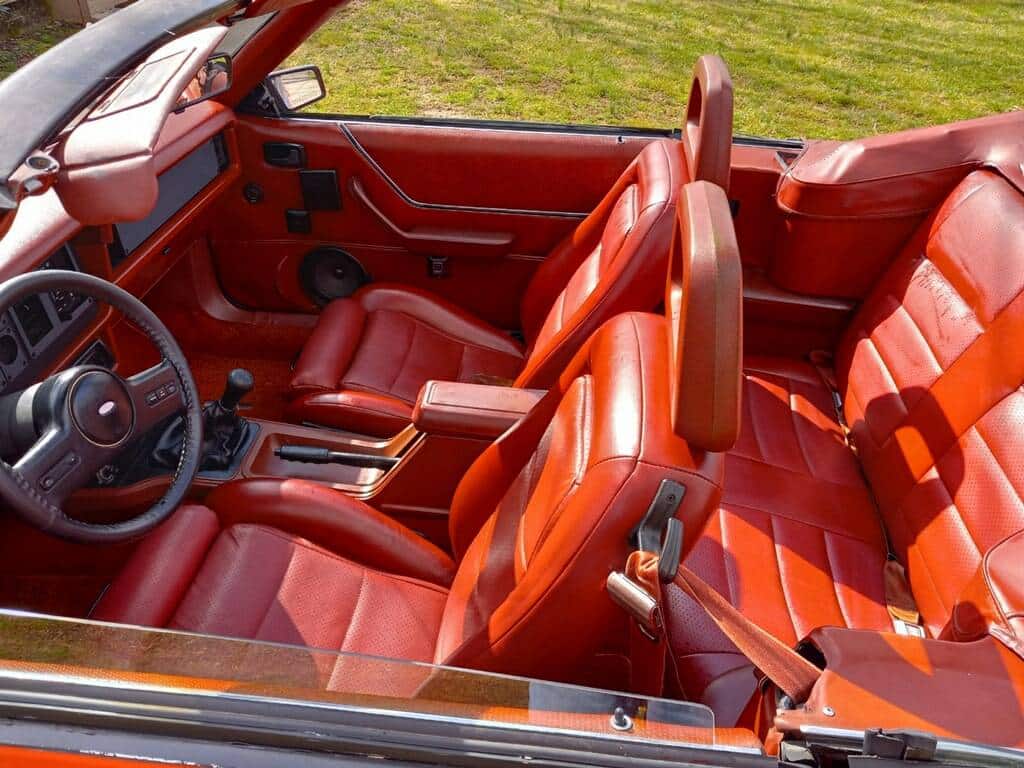 The Fox-body Ford Mustang is a car for all seasons. The hardtop coupe can give you year-round driving fun, while the convertible is as American as Abe Lincoln and apple pie. And, given the high production numbers and legions of spare parts still available, you can still get into the model of your choice quite affordably. This 1986 Ford Mustang GT convertible is equipped with the preferred manual transmission and a recent crate engine with just 35K miles on the clock. This Mustang was once listed in March 2022 on Craigslist near Nashville, Tennesse with an asking price of $8,900 and what looks like a minty interior and decent convertible top. Comparing that price against the Hagerty Price Guide indicates that the seller has priced his Mustang fairly, as an example in “Fair” condition is valued at $8,300 and one in “Good” condition is pegged at $12,100.

The Ford Mustang GT came in a few different flavors throughout the 1980s and 90s. The four-eyed models, like our subject car, were clearly from a different era compared to the later models with the flush-fitting headlights. The V8’s power output didn’t change dramatically, but the 1986 model did introduce fuel injection. The GT models were distinguished not only by the 5.0 liter under the hood but also by special trim on the side with the GT letters embedded inside. The interiors were fairly standardized across the board, with the GT getting nicely bolstered sport seats. The exterior received a GT-specific treatment on the hood with a blacked-out center section that can sometimes be lost in a respray – which is what I think happened with our subject car. The debate over whether you have four-eyed pride or preferred the smooth-faced later models is one for the ages, and there’s no wrong choice – it’s just a matter of whether you prefer your Fox body looks like it came from 1978 versus 1992.

The seller doesn’t provide us with a lot to go on, but if the few details he offers are accurate, this seems like a cheap way to get into a V8-powered, four-seater convertible before the drop-top season takes off in earnest. The seller claims the original 5.0 V8 was removed for reasons unknown and replaced with a factory crate engine that, as it sits today, has just 35,000 miles on the clock. Now, as I mentioned above, there are some tell-tale signs this Mustang was repainted, attributed to the fact that the side trim should be black and there should also be a large black-out effect still visible on the center of the hood. If the Mustang was repainted quickly, it makes sense that the black trim was painted over and the hood decal lost at the same time. Curiously, the three photos show two different color tops: in one photo, it is either navy blue or black, and the other shows the top in a maroon color that better compliments the body. Now, I could be mistaken and be looking at the tonneau cover in one photo and the actual top in another, so please correct me if that’s the case. No matter what, it doesn’t get much better than a V8, a stick shift, and a red leather interior for a summer cruiser.

Fresh engine: does the new crate engine add any value here, or would you prefer a numbers-matching example?