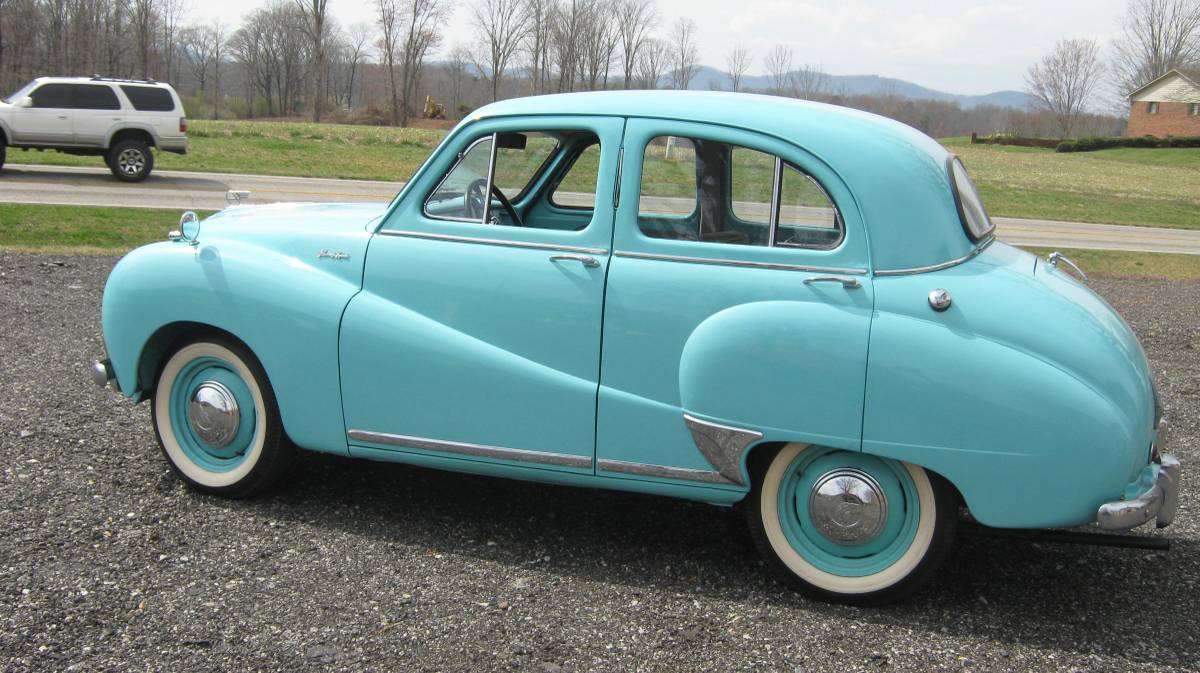 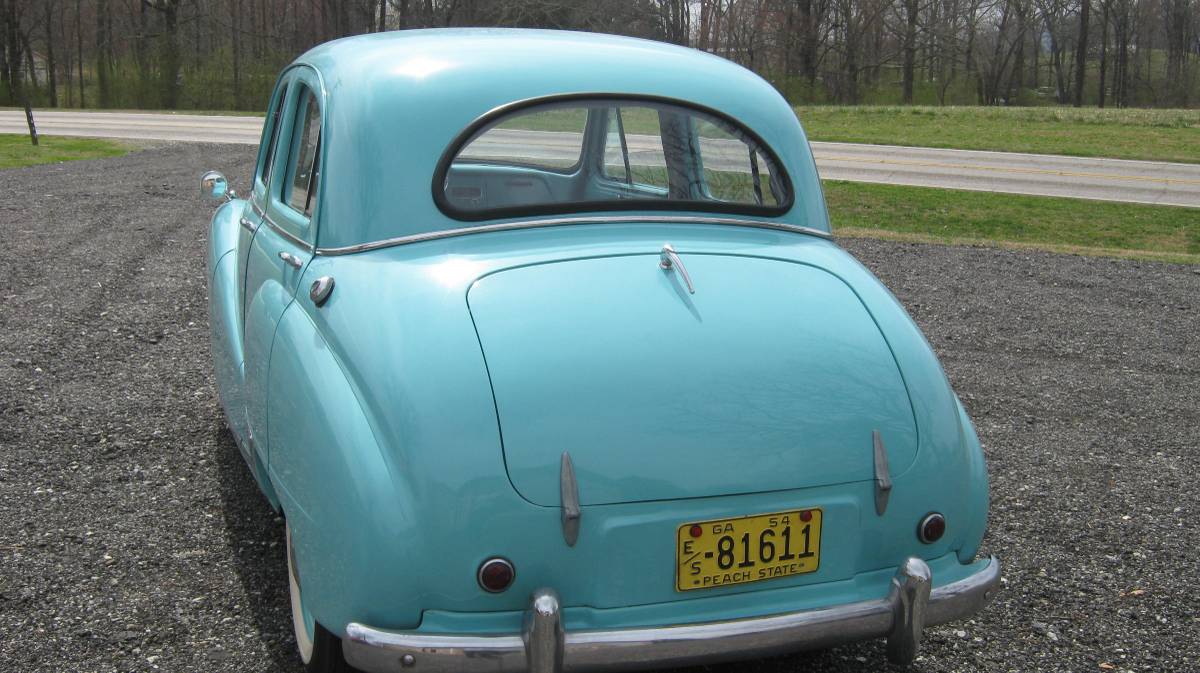 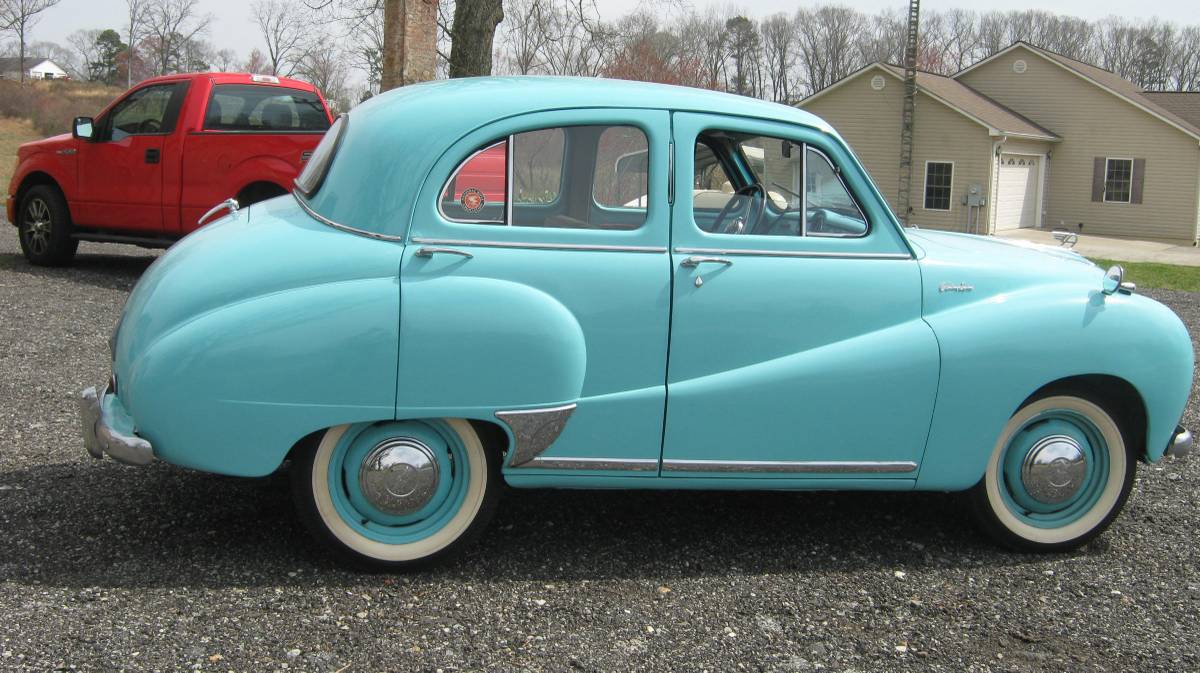 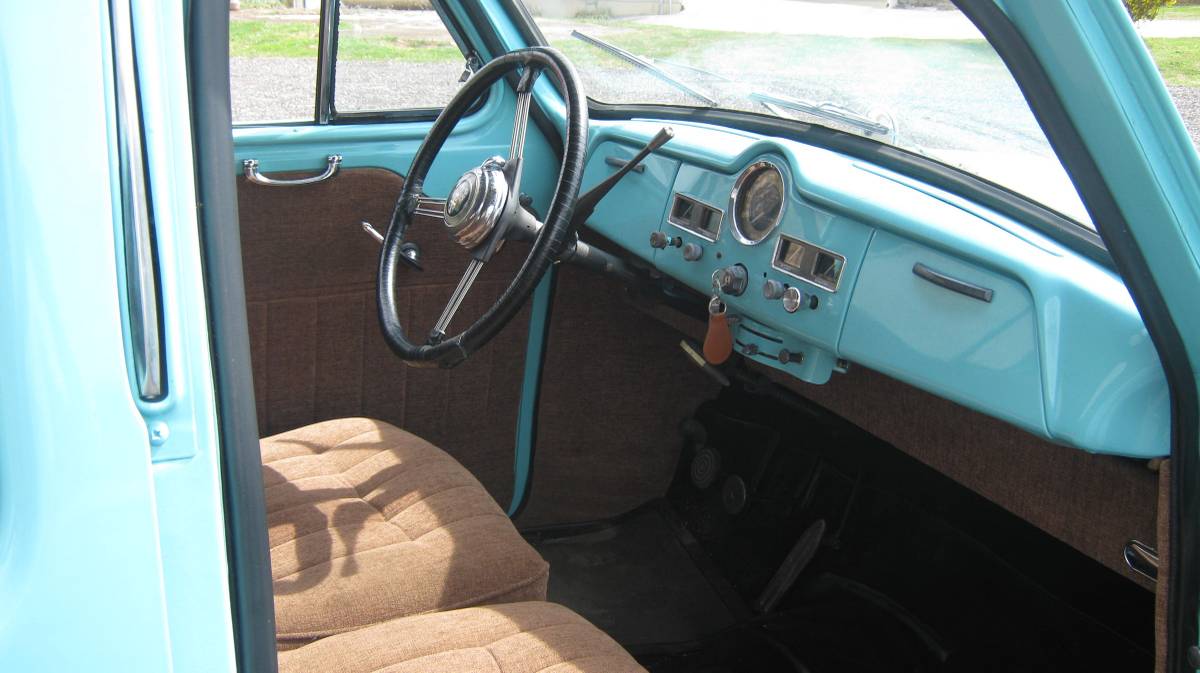 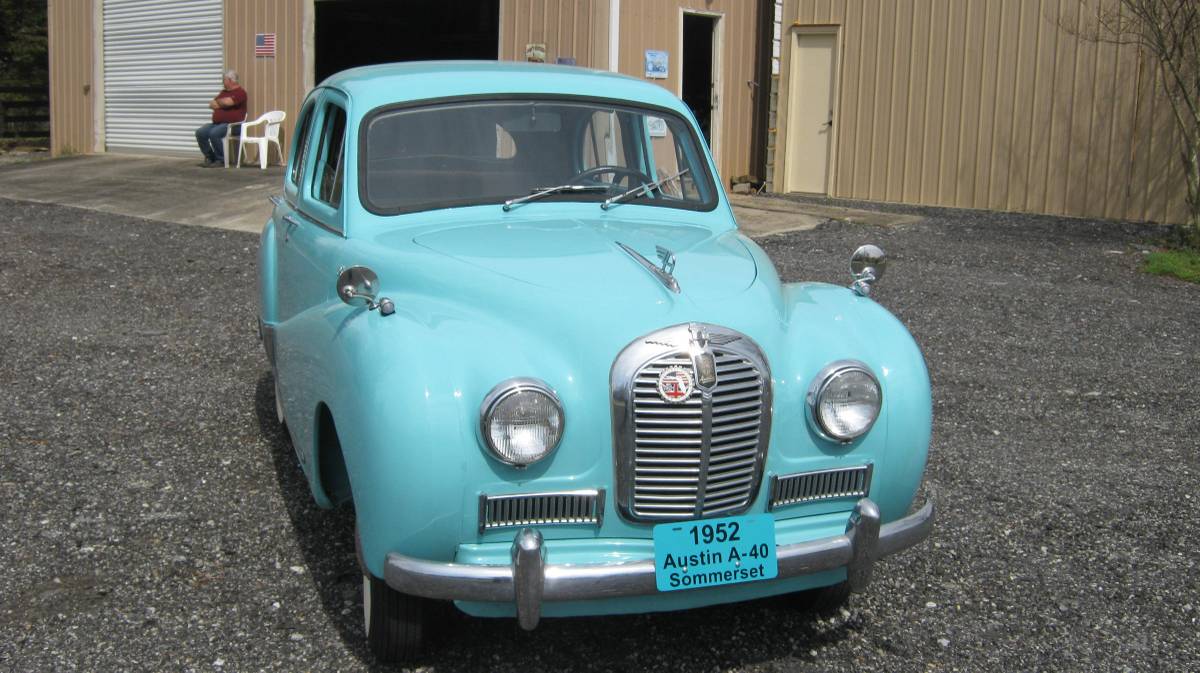 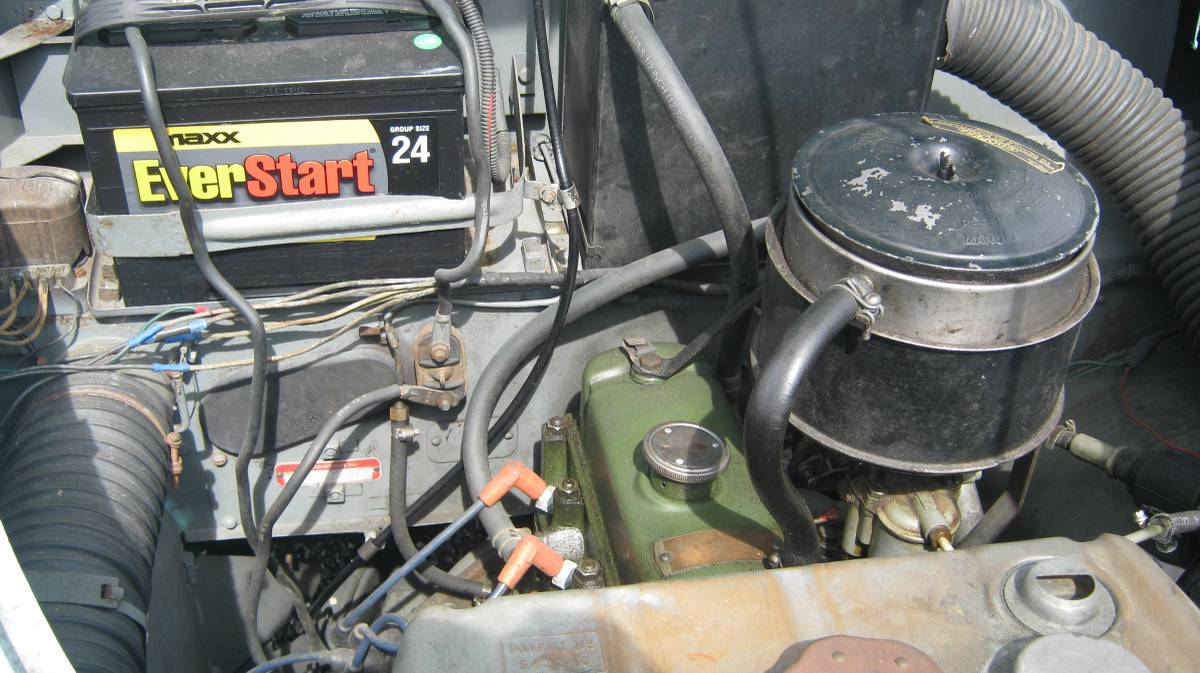 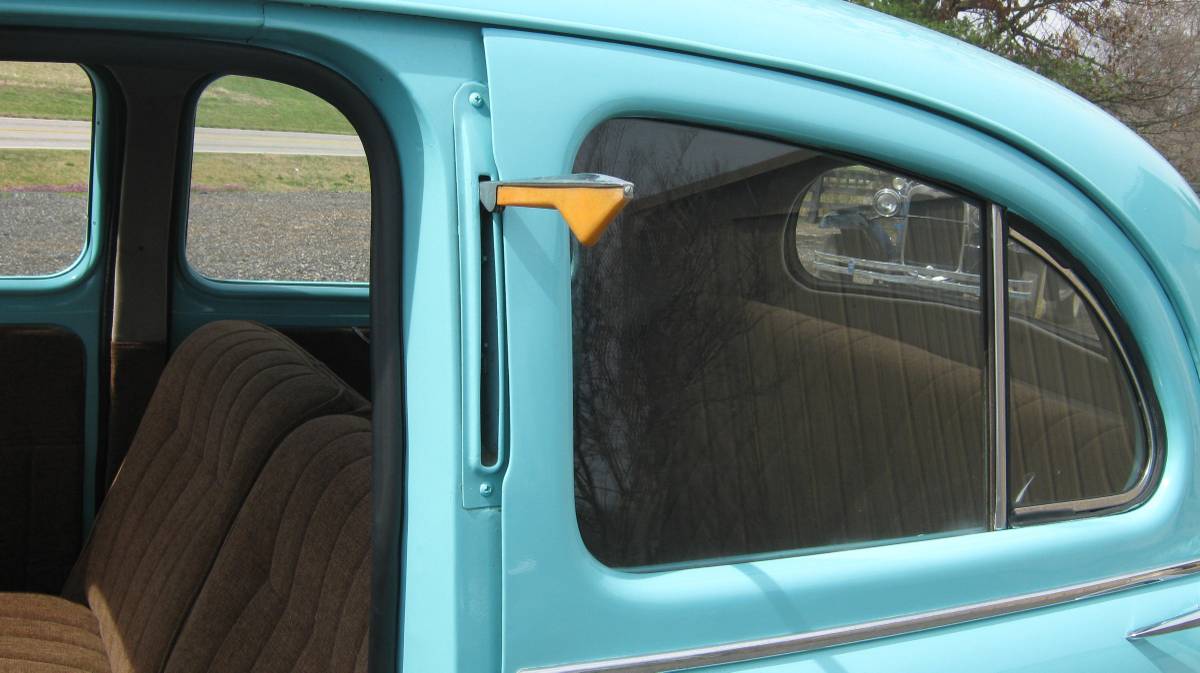 It’s hard to imagine any car company trying to sell an automobile slower than a Volkswagen Beetle here in the U.S., but leave it to Austin Motor Company to try.  That was their plan with the Austin A40 Somerset when they launched the car in 1952.  We came across what is likely one of only a handful remaining for sale originally listed in March 2022 on Craigslist in Cleveland, Georgia (Atlanta).  The seller reports their Austin features a recent body-off restoration in which everything has either been replaced or redone.

The seller’s current ask is $14,000. Unfortunately, in a sign of just how rare this car is, especially in the U.S., we could not find any prior sales data to benchmark. The video we found below hints that this car was offered on Consignment by an Atlanta-based classic car dealer nearly one year ago. However, a search of their current inventory and past sales did not turn this car up, so it’s likely the private seller recently pulled their car from their service. With no baseline to value these cars, the seller wants someone to make an offer.

British Automobile maker Austin Motor Company produced the A40 Somerset for only three model years from 1952 through 1954.  The Somerset replaced the Austin A40 Devon and, as a body-on-frame car, it was comparable in size to its predecessor. It shared a number of components with the Devon which included a similar 1.2-liter inline-4 pushrod engine producing 42 horsepower versus 40 in the prior car.

The Somerset featured an updated “Transatlantic” body style with flowing lines. Resembling the company’s larger A70 Hereford, its design was aimed at improving export sales, particularly to America. Initially offered as only a 4-door saloon, a 3-passenger 2-door convertible, of the same body style was introduced in late 1952.

The standard Somerset interior contained two close-fitting front seats, finished in leather, which could be arranged as a bench seat, and a large deeply cushioned rear bench seat that could accommodate three passengers. With a centrally mounted dashboard or instrument panel, Austin incorporated a four-speed, plus reverse, gearbox into the car’s design which was controlled by a column-mounted gear change lever. Four-wheel, foot-operated hydraulic brakes, and a handbrake operating on the rear wheels only provided the car’s stopping power.

The Austin A40 Somerset saloon’s reputation for being somewhat slow and lumbering to drive is not wholly deserved. It had to endure poor-quality gas supplies in 1952, and as a result, had retarded ignition settings to tolerate the low octane rating of the fuels available to avoid the engine knocking (detonation). In fact, British Motor Corporation later produced a kit to improve the performance and fuel consumption of these cars once premium fuel supplies resumed under the popular petrol brands. This kit comprised a replacement distributor and an optional cylinder head gasket that was thinner and therefore raised the compression slightly from the standard 7.2:1.

An Autocar magazine road test published in April of 1952 achieved a maximum speed of only 66 mph and a 0-60 mph acceleration of 36.6 seconds. The standing quarter-mile took 24.4 seconds. This is the kind of performance that made Volkswagen’s Beetle of the period look fast. Consequently, sales of Somersets in America never took off.

The Motorcar Studio, a classic car dealer based in the Atlanta, Georgia area, featured this very car on their YouTube channel when they had the car in inventory eight months ago. Note the sticky speedometer.

While we don’t know much about the 1952 Austin A40 Somerset, the seller may have cut corners in the restoration by reupholstering the seats with a mohair-type cloth that looks period correct but is not the leather that came originally in these cars.

“This is a rare car, a 1952 Austin Somerset. not more than a hand full of these in the US. And only a couple in this restored condition. A recent body-off restoration. Everything was replaced or redone. Runs and drives great.4-cylinder, 4-speed transmission. For more info please message or call. Make an offer.”

Do you anything more about the Austin Somerset?  If so, comment below and let us know!