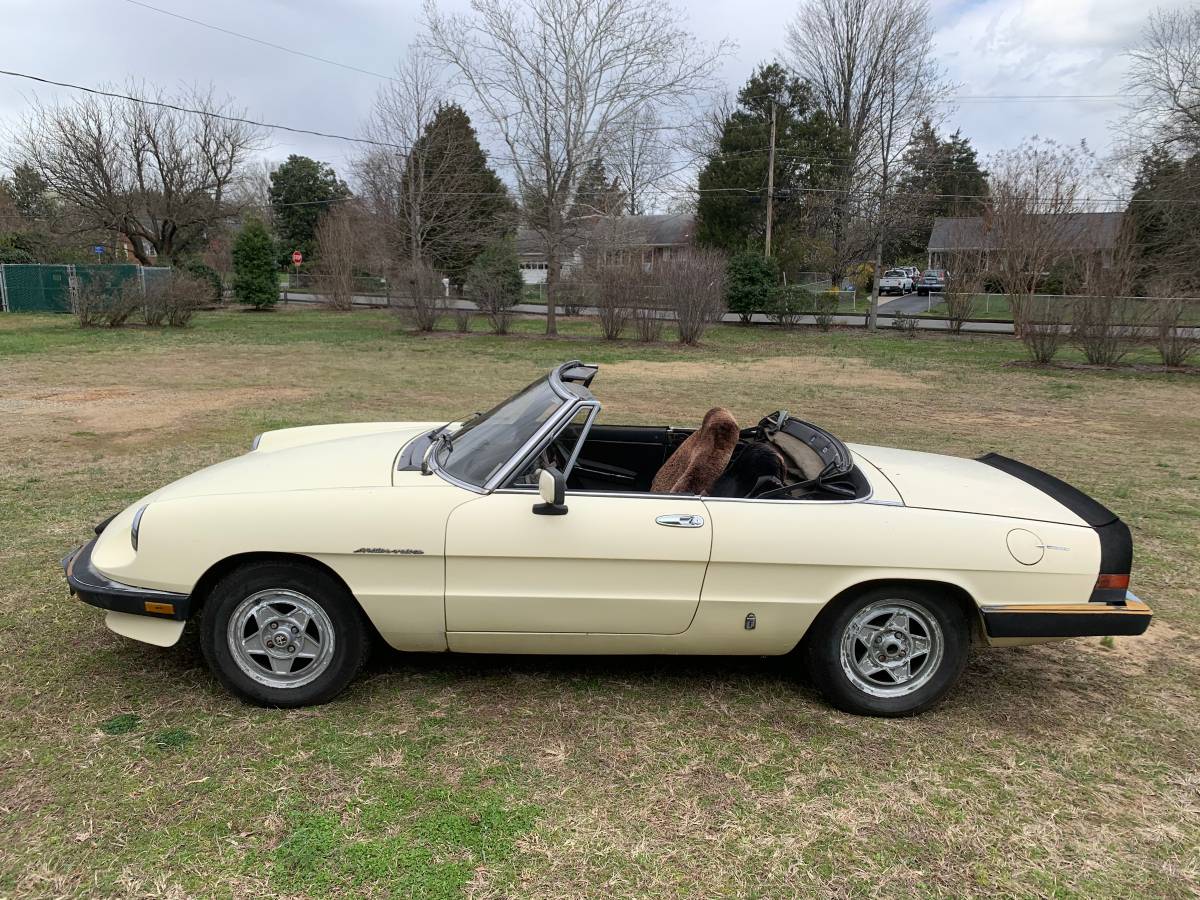 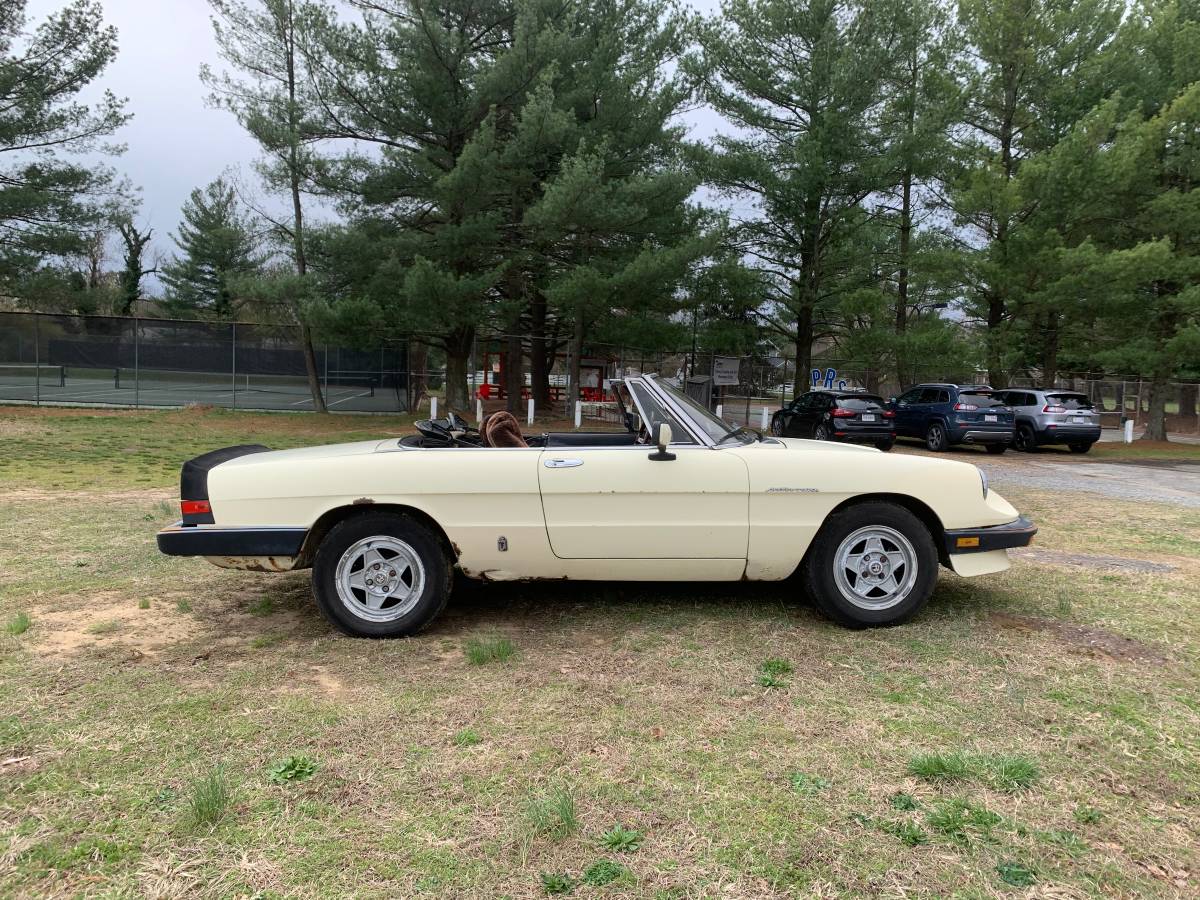 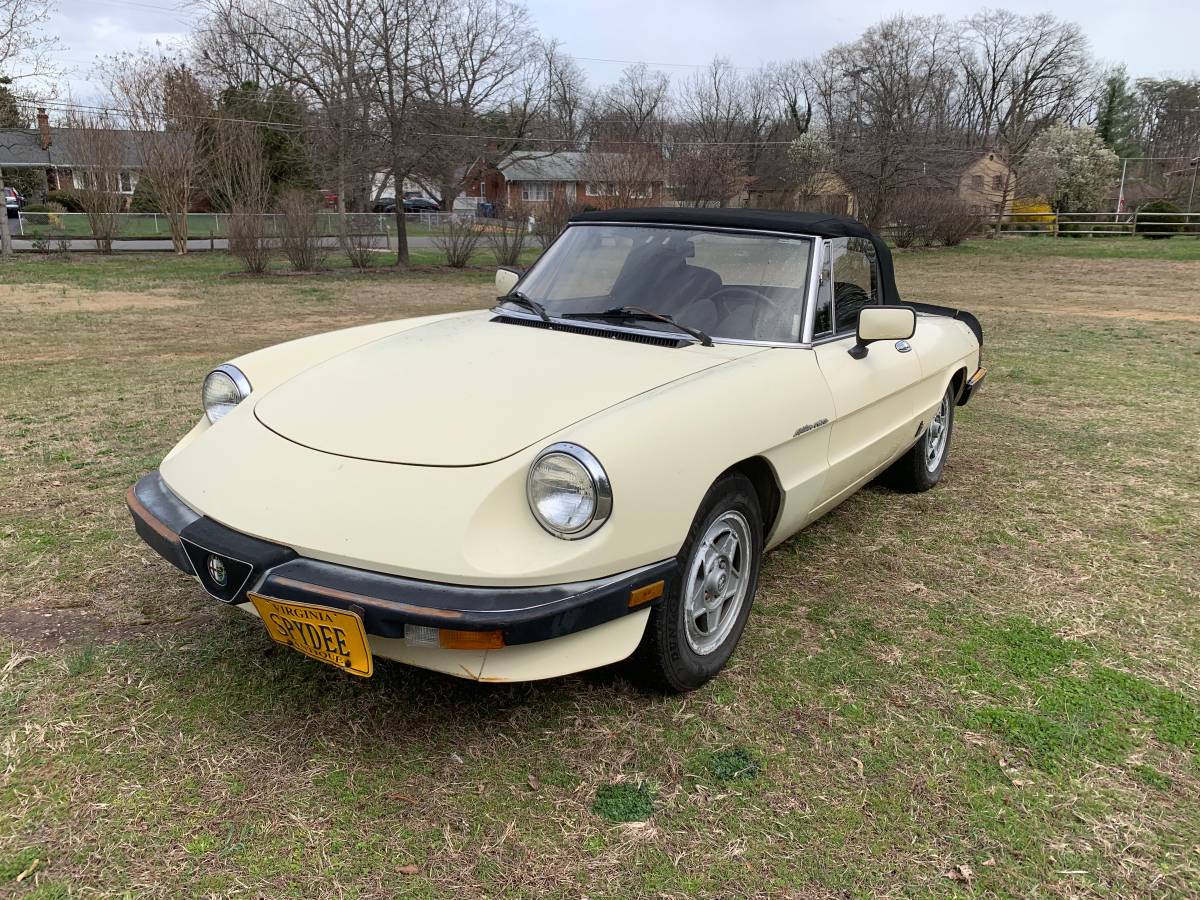 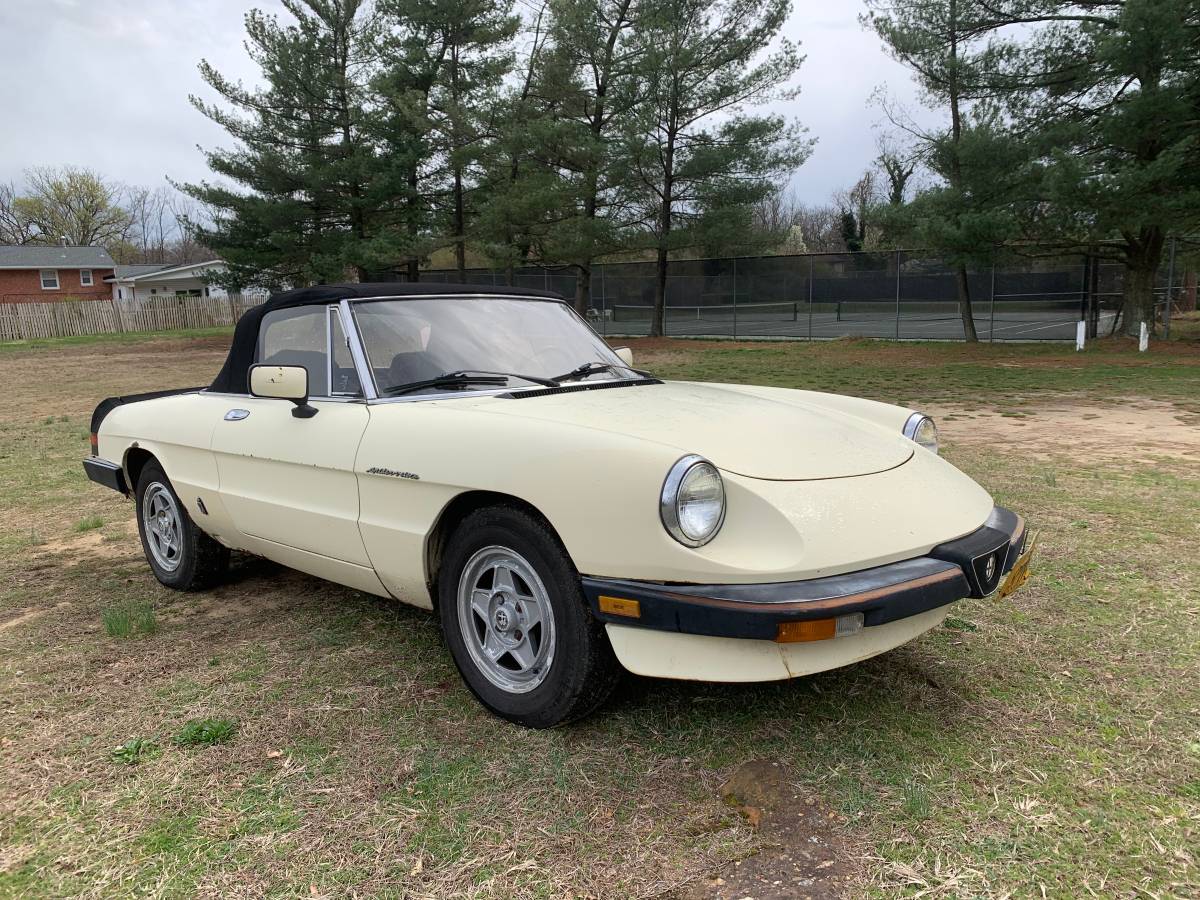 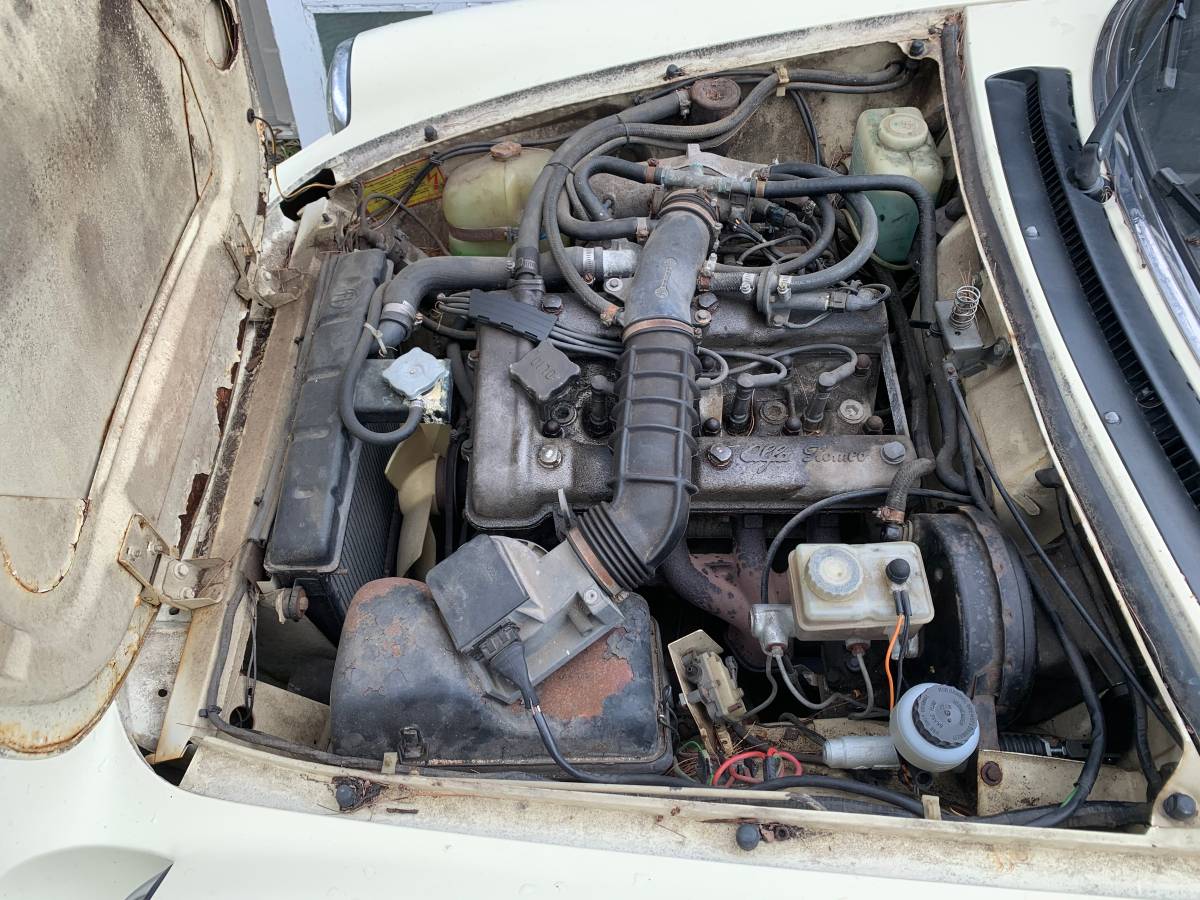 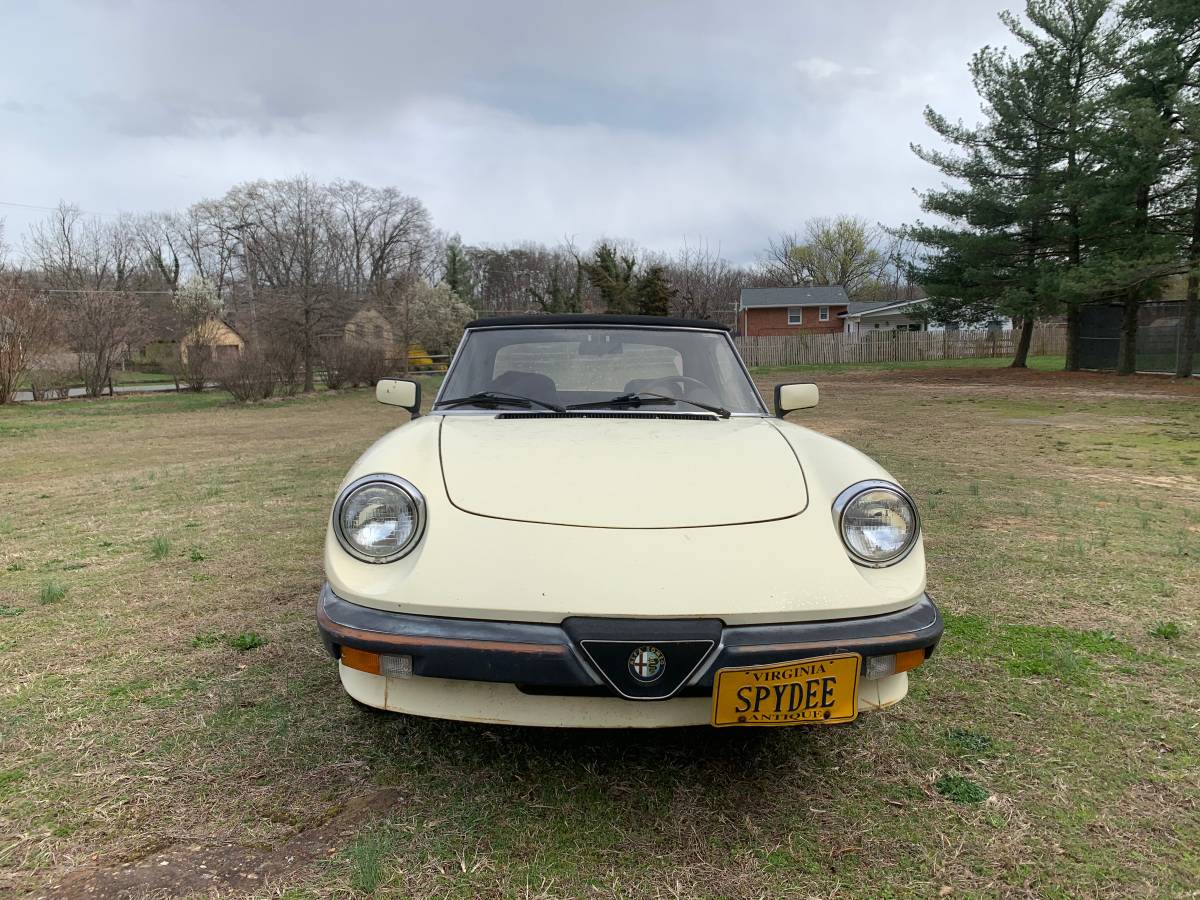 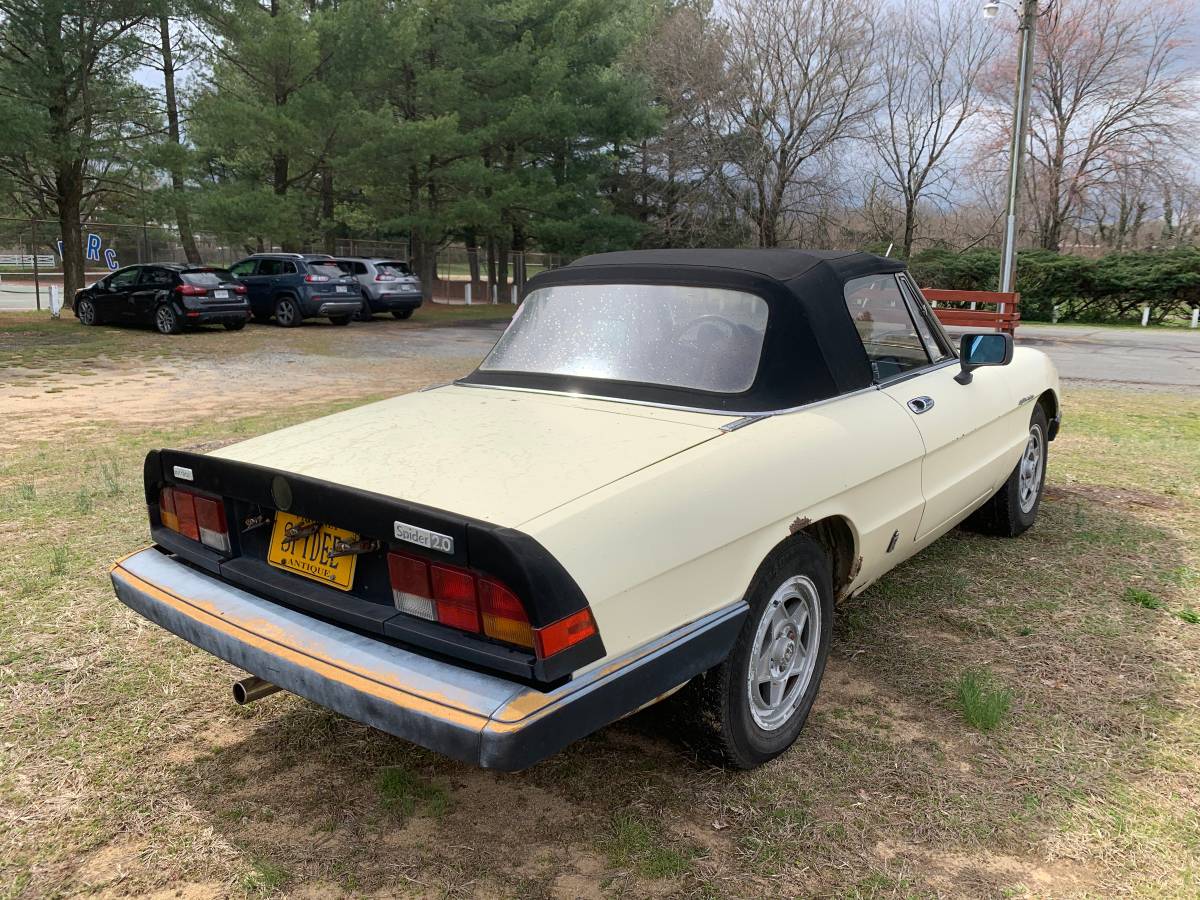 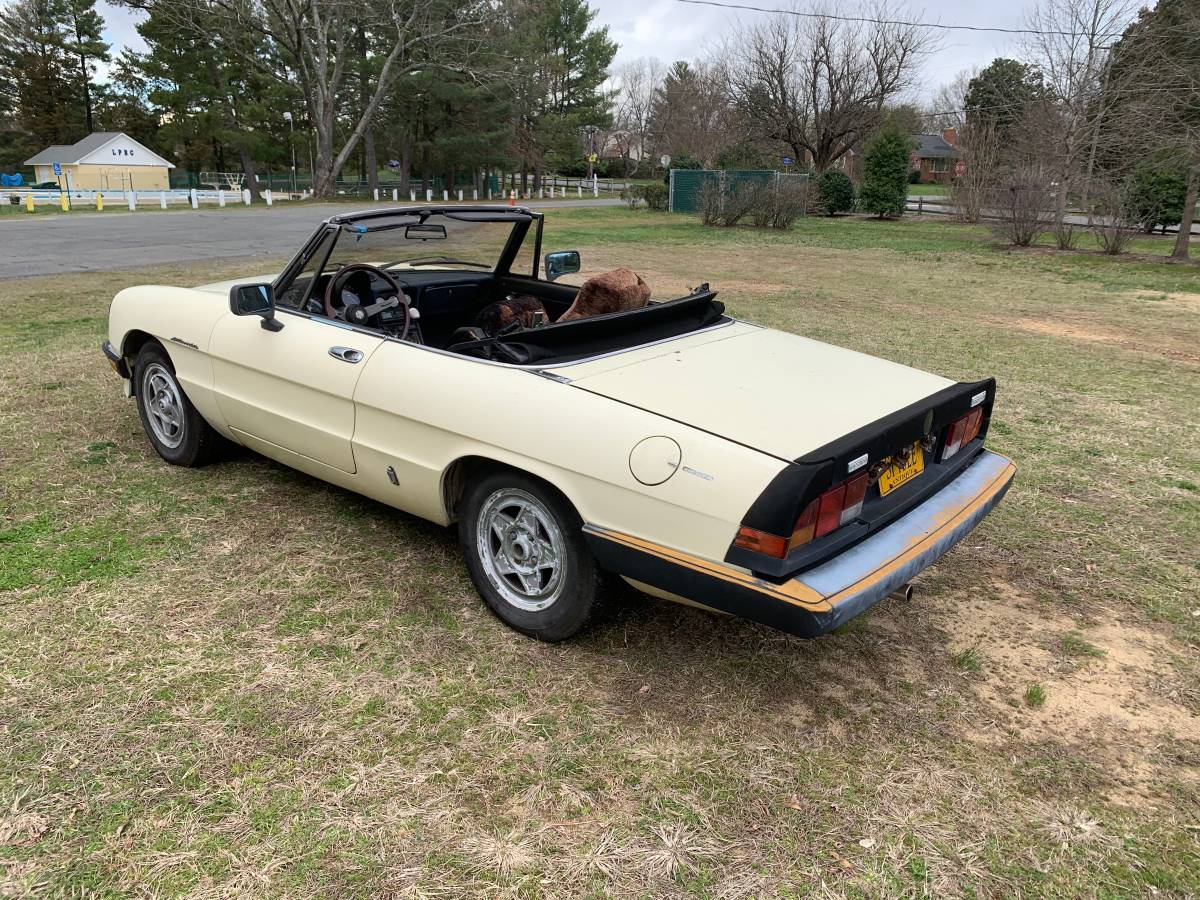 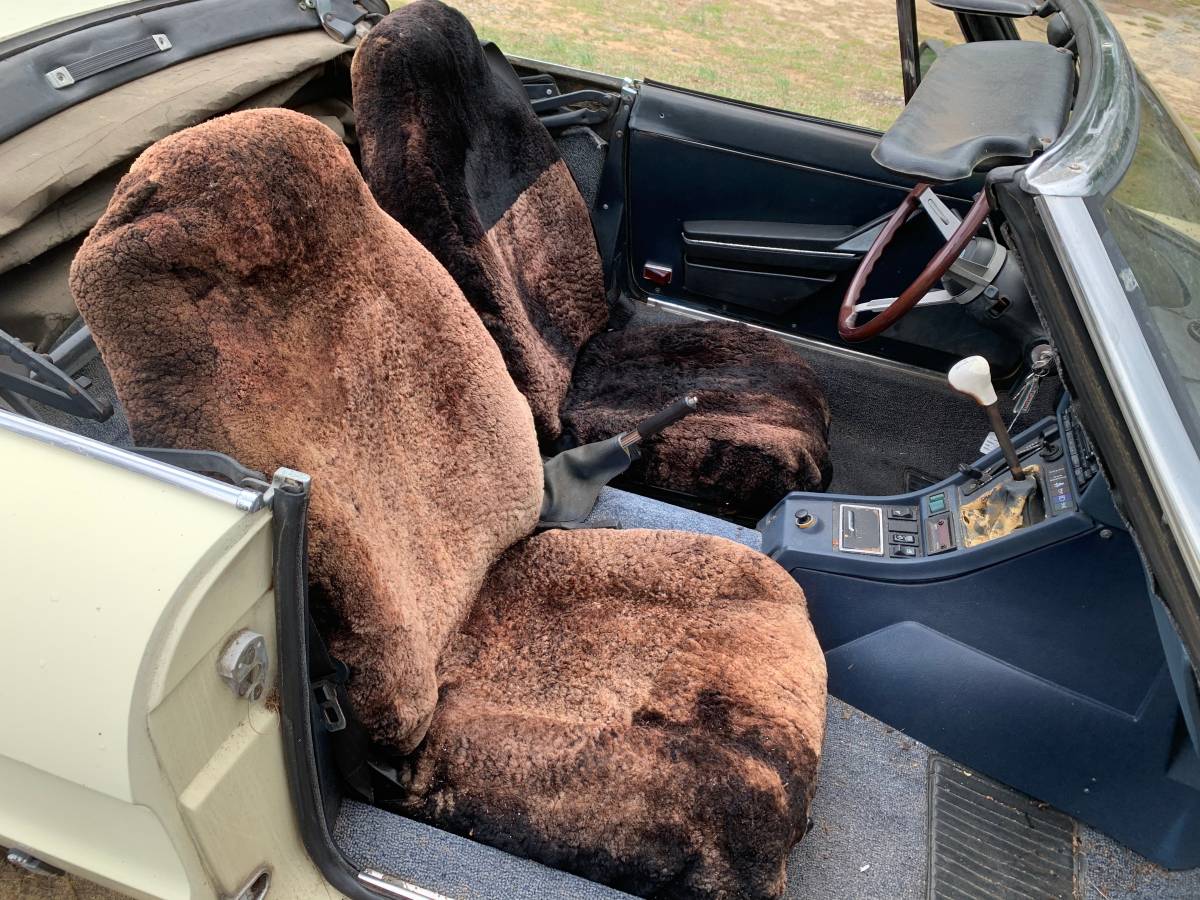 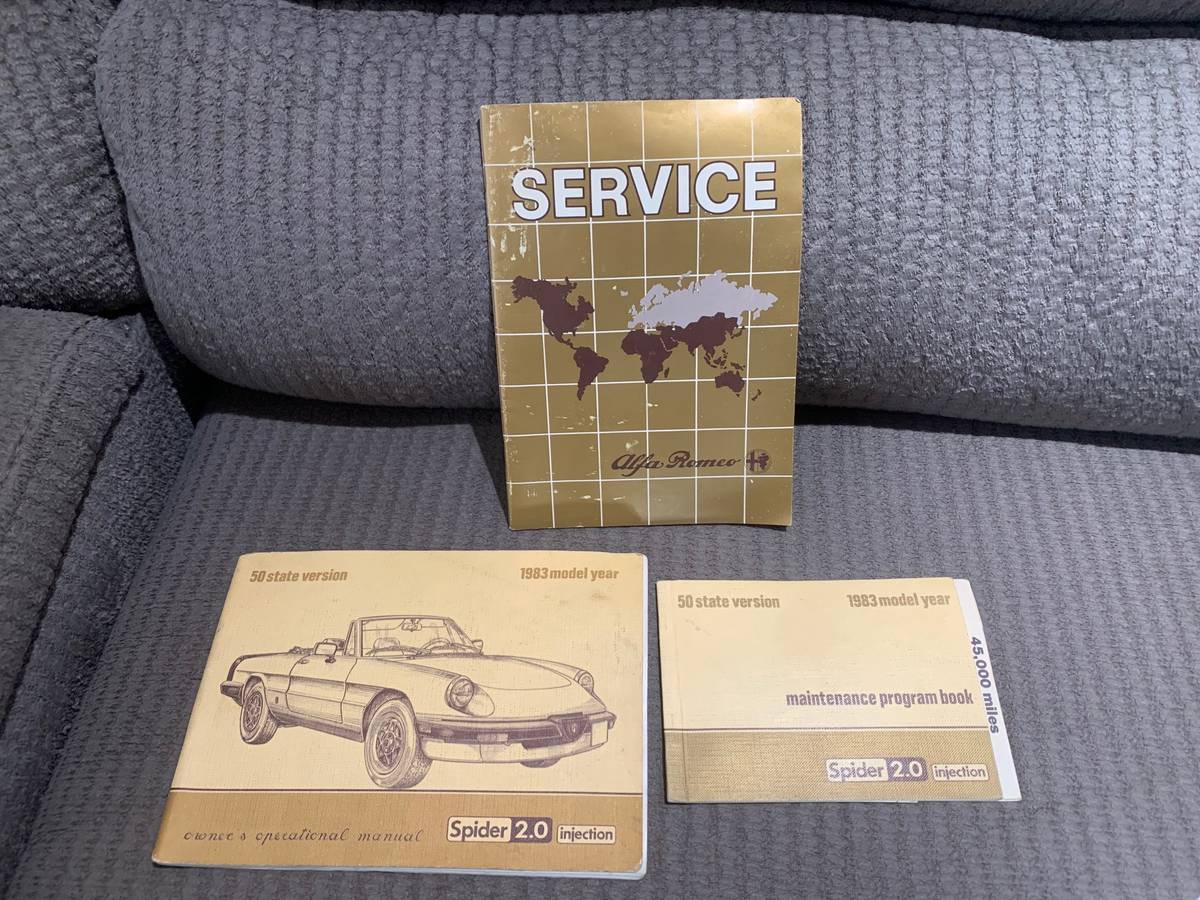 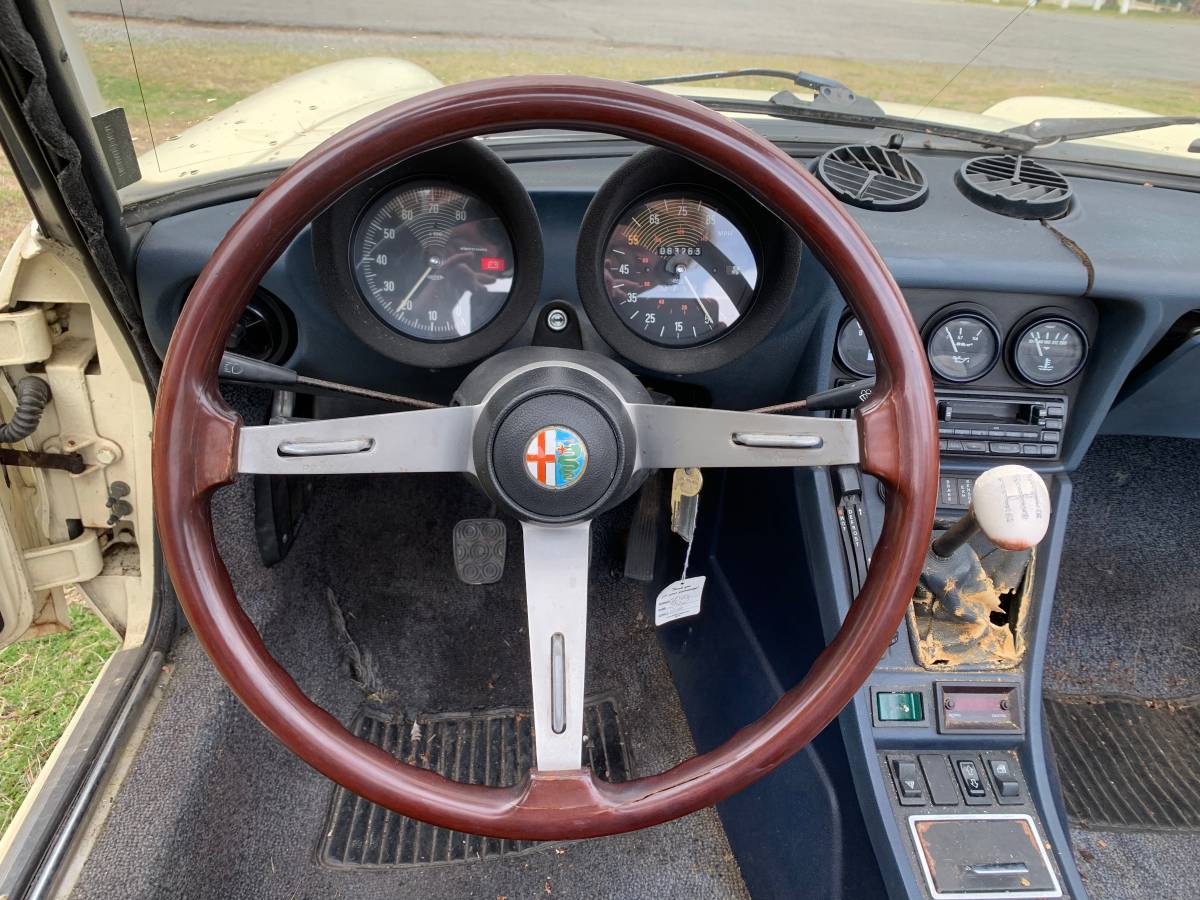 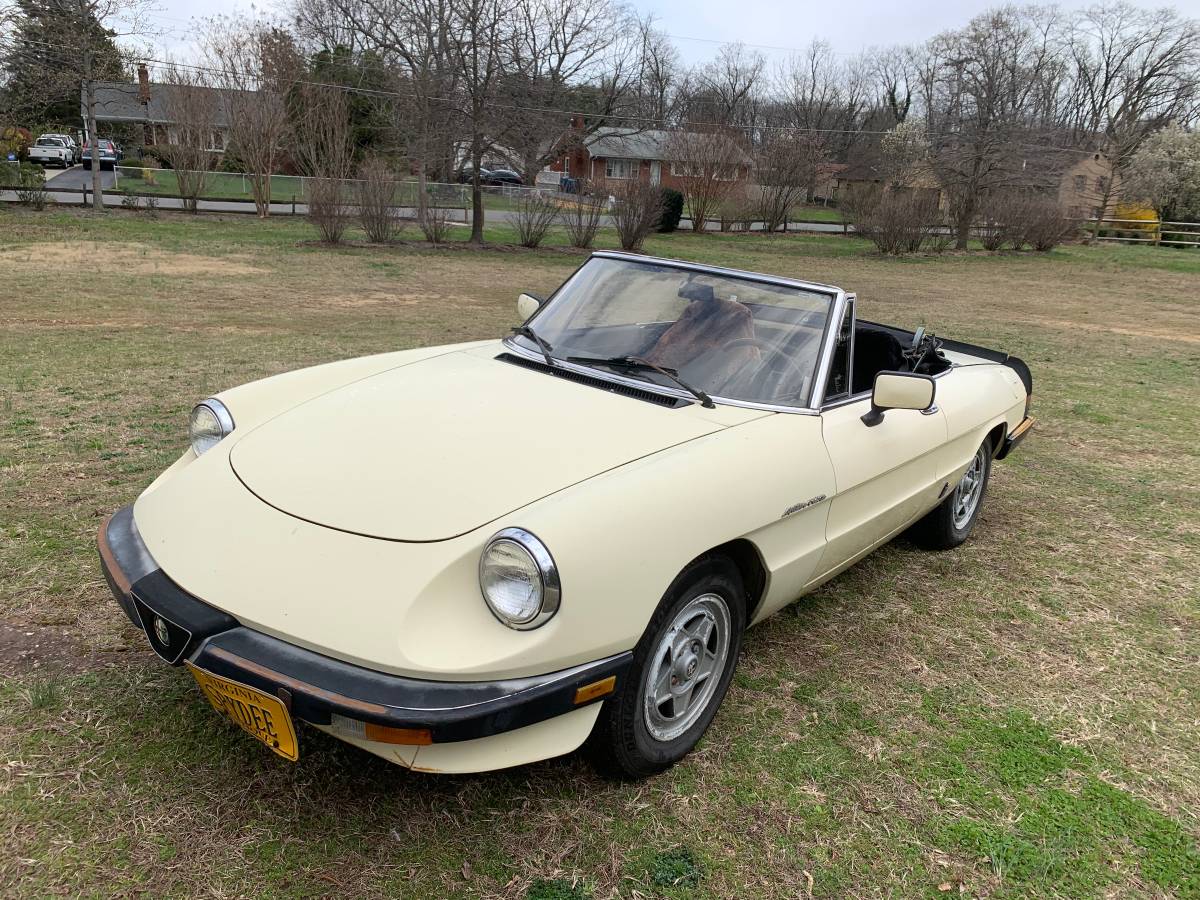 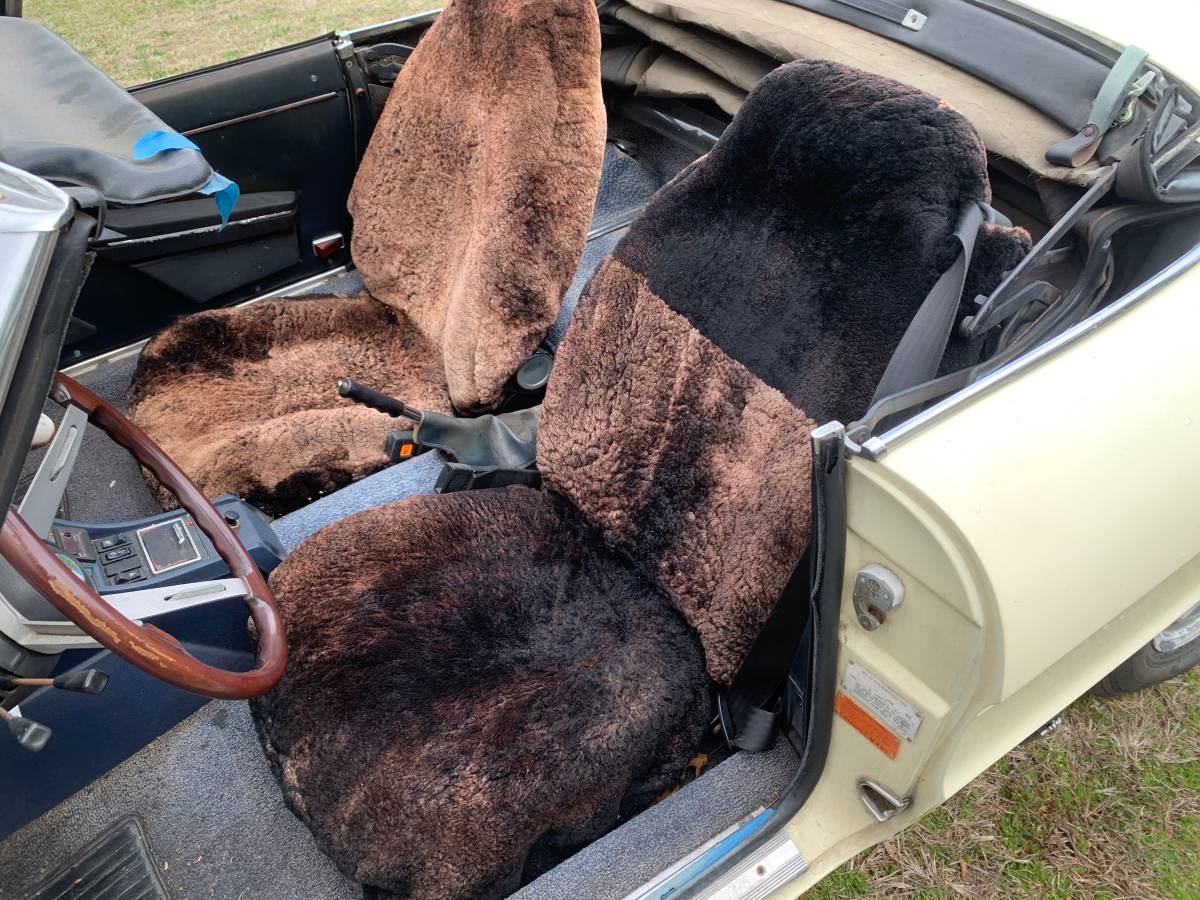 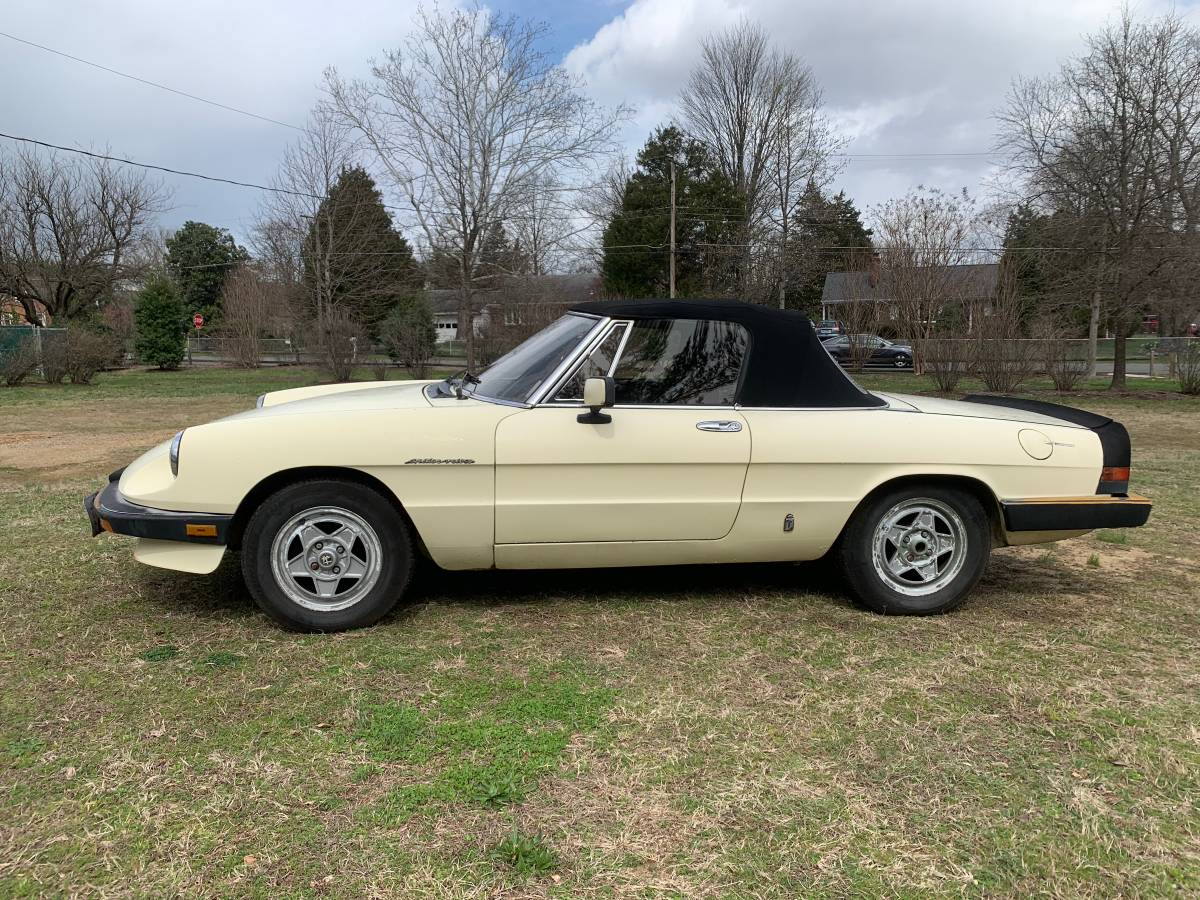 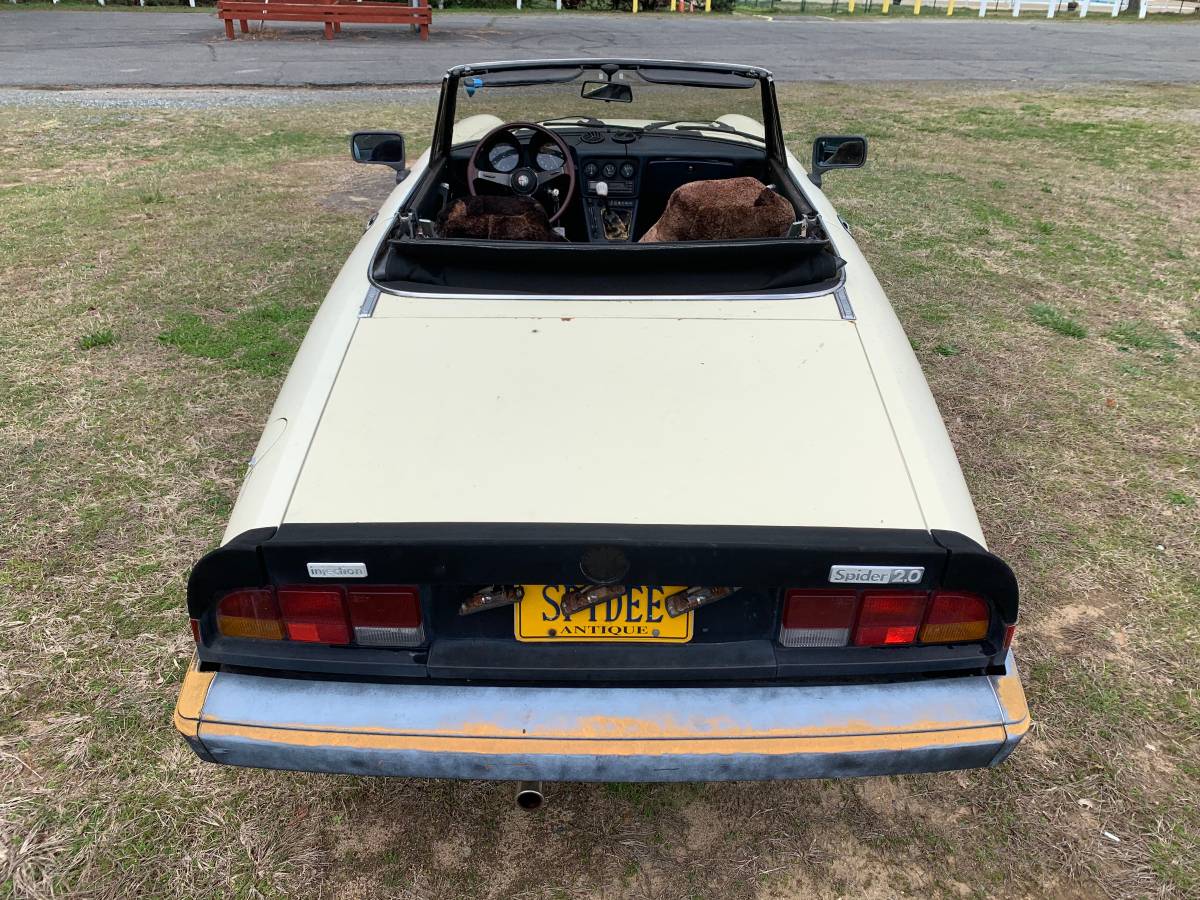 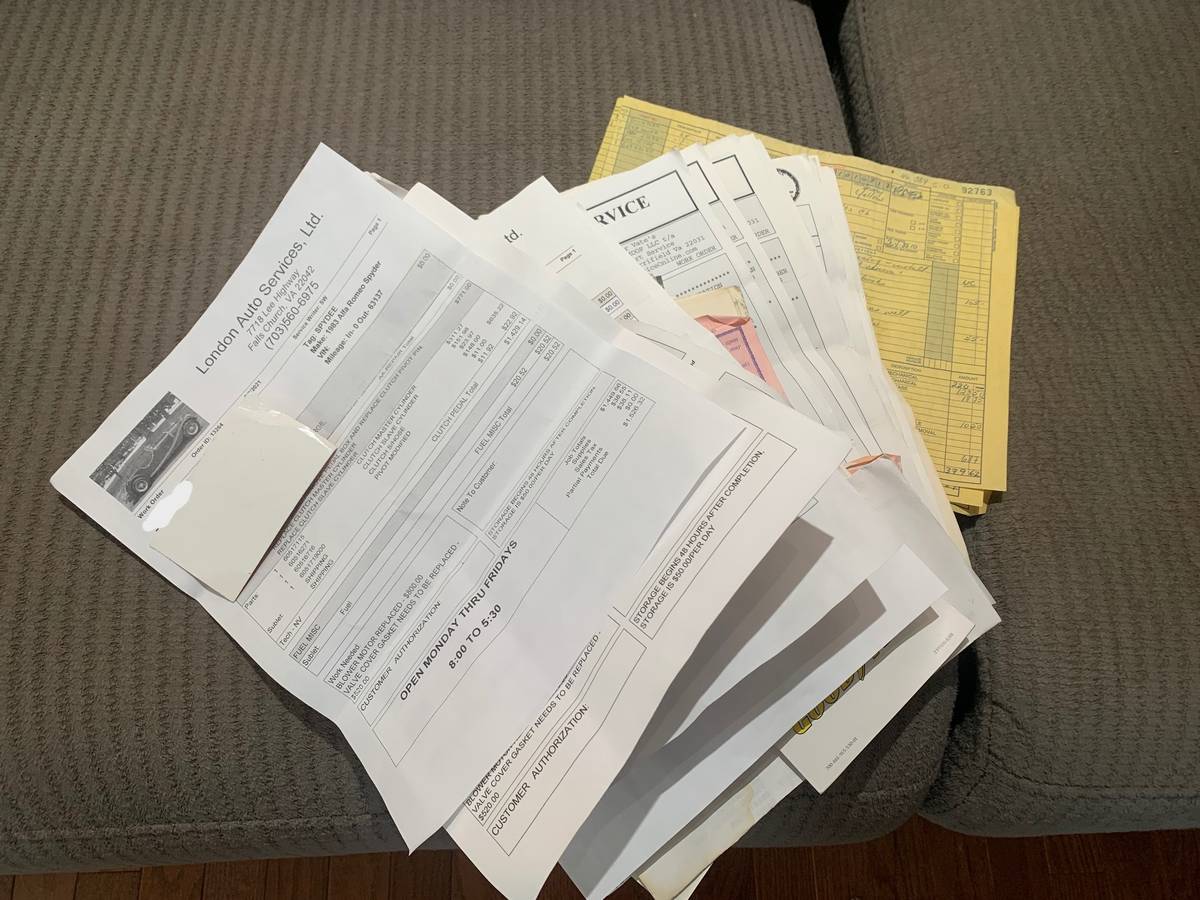 April 29, 2022, Update – We just confirmed the listing for this “Classifind” expired, so with no replacement found we’re assuming this ride “Sold?” While this one got away, please reach out either by email or call us directly if you’d like to be informed when we come across something similar.

The feeling of wanting to give up a project is a sentiment many of us have experienced more than once. If you like the pursuit of bringing a long-dead specimen back to life, you’re going to have to accept the fact that you’ll have this feeling multiple times. Looking at this 1983 Alfa Romeo Spider Veloce, it becomes immediately evident that two long-term owners did the Lord’s work in keeping up to date with the maintenance needs of the sporty Italian despite the fact that rust was beginning to creep in. We originally found this Alfa listed on Craigslist in March 2022 near Alexandria, Virginia, with extensive records and receipts and low mileage of just over 63,000 with an asking price of $4,800. Comparing that price against the Hagerty Price Guide shows us that the seller is asking a very reasonable amount, as even in “Fair” condition it’s listed as being worth $10,300.

The Felix Jukiun YouTube channel features this cinematic style driving video of a similar ’85 Alfa Romeo Spider that provides the sounds of an Alfa inline-four that just sounds so good:

If you spend any time around the collector car hobby, you know the phenomenon of a rising tide lifting all boats definitely happens on occasion. Porsche models are a great example of this, as the explosion of interest in the air-cooled 911 has definitely triggered a rise in prices for lesser cars like the 912 and the formerly-unloved 964 chassis. However, it’s not a guarantee that rising prices for one model will automatically influence all the other vehicles in the lineup. The Alfa Romeo Spider is a case in point, as Alfa models from the 1960s – including the earliest Spider models – have been quite valuable for some time. Later Alfas like the GTV6 have also started to command fair money in excellent condition. But the Spider made in the later years, from the early 80s on down, haven’t caught up yet and are still readily available for short money.

To some extent, supply far outpaces demand when it comes to the Italian two-seater. You rarely have to travel far or arrange for transport if you want to put a Spider in your garage, as they’ve been a common choice as a summer car for the country club set for generations. Combined with the fact that they weren’t particularly quick and therefore not abused, you have a recipe for a vintage car that won’t likely appreciate much over the next few years, with the silver lining being you’d have to try awfully hard to end up with a bad one. The seller’s car doesn’t look promising at first, but then you dig a little deeper and learn it has had multiple long-term owners, all of whom have been equally consumed with keeping the roadster maintained. Ample service records and low mileage make this one worthy of a closer look, provided the disclosed rust issues on the passenger side aren’t as bad as it appears in the listing photos.

“Here comes Spring! Welcome it in a 1983 Alfa Romeo Spider Veloce. This sporty two-seater is powered by a 115-horsepower 2.0-liter inline-four paired with a five-speed manual transmission, and it is finished in cream over a blue interior. The car shows just over 63,000 miles and its equipment includes Bosch fuel injection, power windows, a Sony cassette stereo, 14-inch alloy wheels, and a rear spoiler. The original owner bought the car from European Motor Sales of Washington, DC in November 1983, then the present owner bought the car in 1991 from International Motors of Falls Church, Virginia, and the car has been Virginia-registered since new. Lots of records cover diligent servicing at Precision Import Service and London Auto Services. The rear trailing arm bushings were replaced in 2019, the fuel pump, fuel filter, and battery were replaced in 2020, and both clutch cylinders were replaced in 2021.

The bucket seats were upholstered in blue leather that has disintegrated. They are covered in elegant sheepskin covers. All Alfa Spiders in this era had gorgeous wooden steering wheels. This one was removed from the car for about two decades and then was reinstalled, so it’s in better than usual condition. It frames an 85-mph speedometer and an 8k-rpm tachometer, and the six-digit odometer is working and shows 63,263 miles. I’ve known a lot of Spiders from this era and I find the mileage believable.

The car has some rust as shown in the photos, but it’s a pretty solid car for being almost 40 years old and highly original. It starts right up and runs strong, so you can enjoy it right away as you dive into fixing it up, should you choose. Nicely done examples of these cars are now selling regularly for $20,000+ so you can grab this one and be among the last to say you landed a running Alfa Spider for under $5,000. The car comes with its owner’s manual and decades of receipts. I’m active with the local Alfa Club, know these cars really well, would be glad to introduce you to this one, and am happy to share tips for keeping it a happy Spider.”

Mass-produced classic: is this cosmetically-tired Spider worth buying, or should you hold out for a better one?