Guess What Ride 42: Which V8 Was Most Powerful? 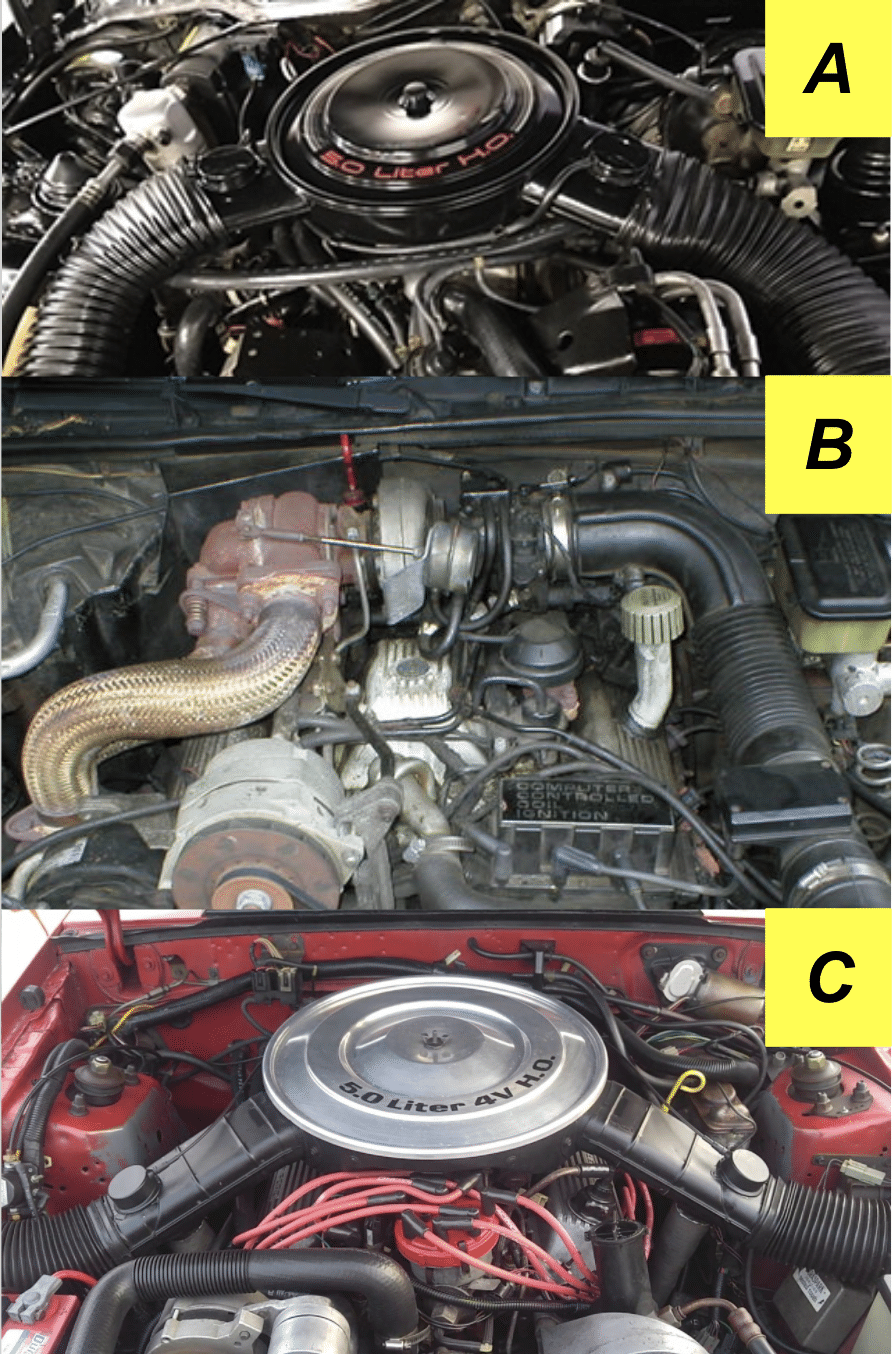 Of the three motors shown in the picture above, which V8 engine shown in the picture produced the most torque in 1985?  Choose the correct letter from the choices provided and your email will be entered in a drawing for a $50 gift certificate from our friends at Car Care Specialities!

We ran this contest during the week of April 3, 2022.  While the turbocharged Buick Grand National (Option “B”) produced the most torque of the engines shown, that wasn’t the question! 60% of the respondents fell victim to our trap, while 29% correctly chose Option “C” (1985 Mustang GT) as the most powerful V8! Of these, congrats go to Thomas R. for being chosen at random to win a $50 gift certificate from our friends at Car Care Specialties! 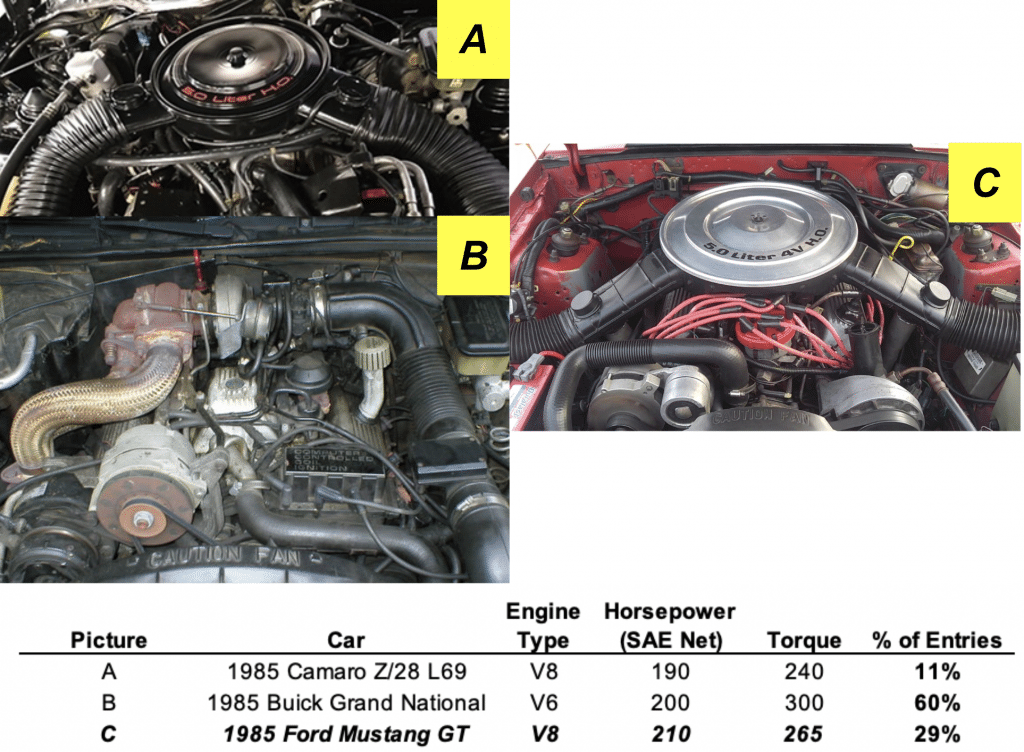