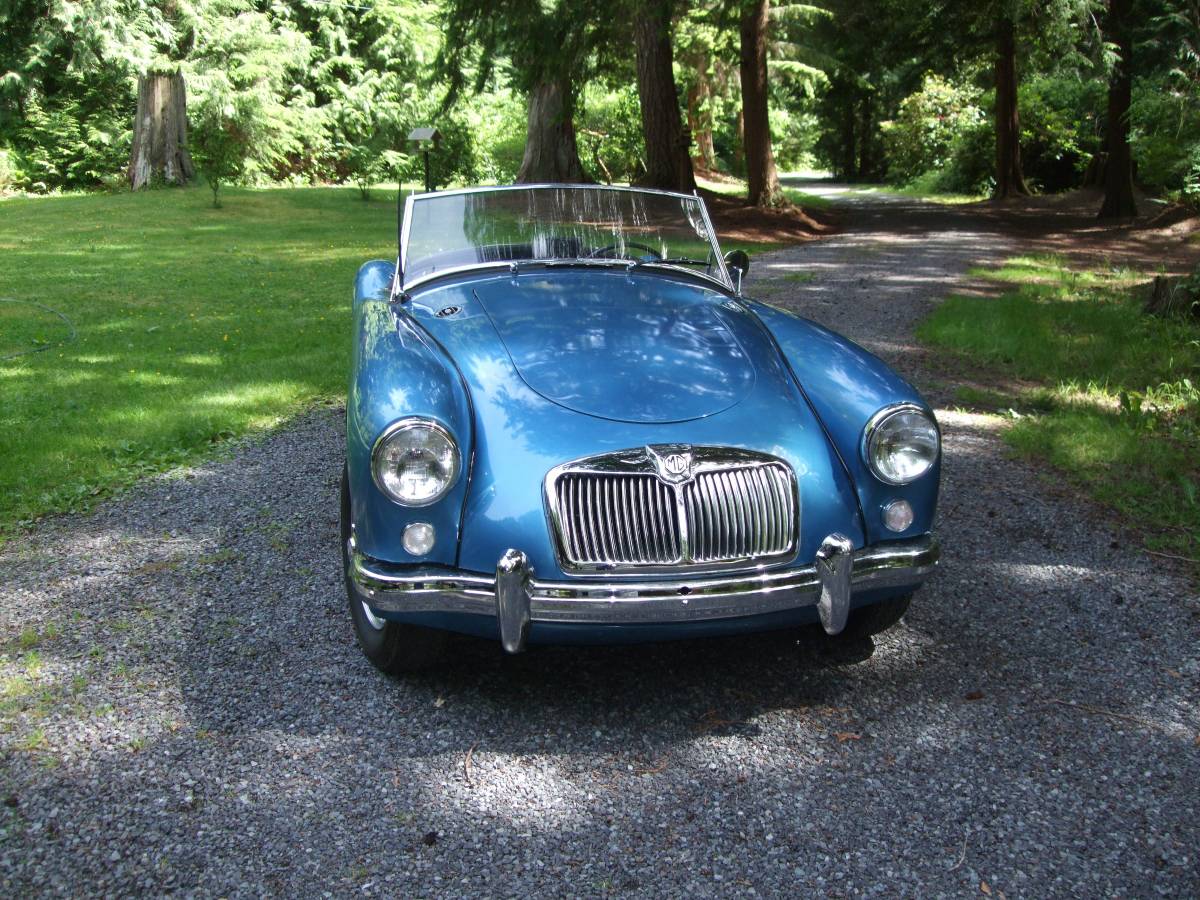 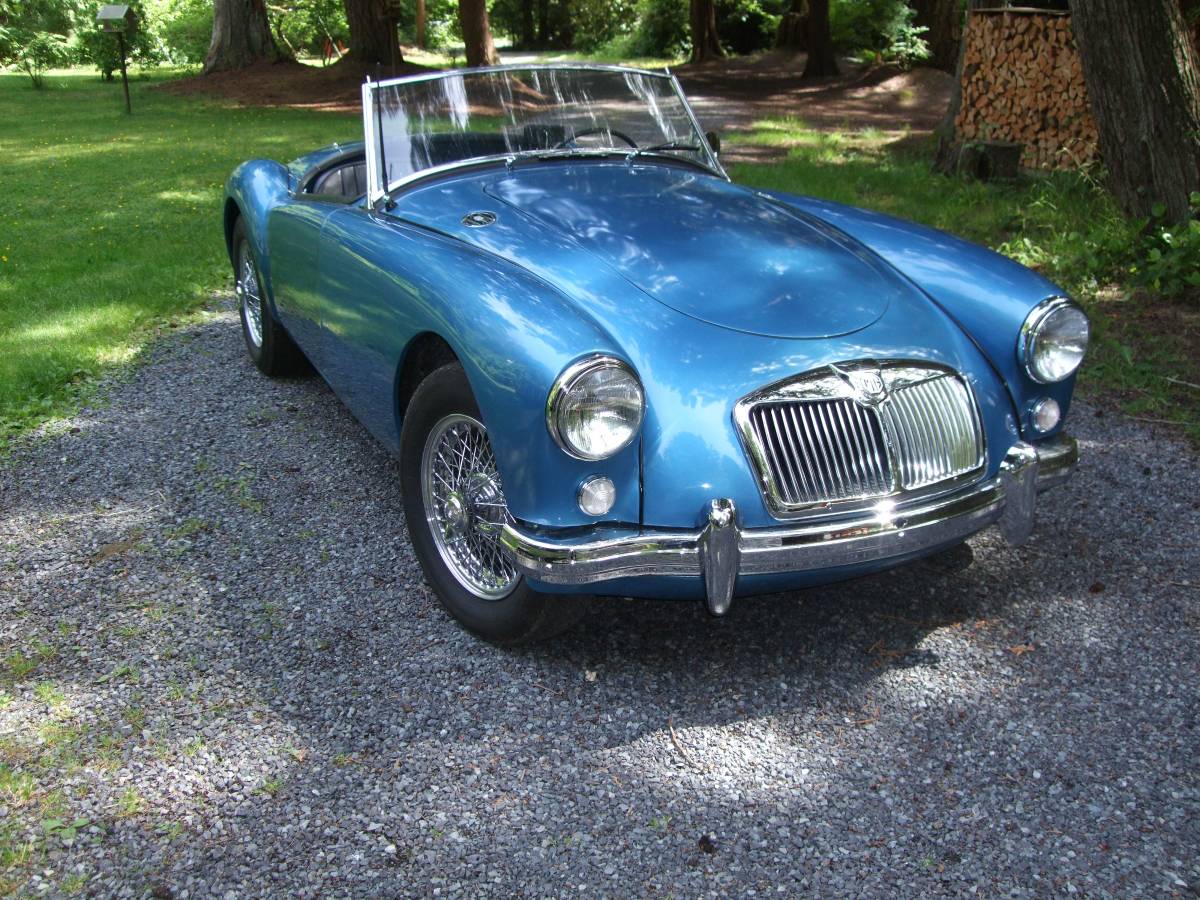 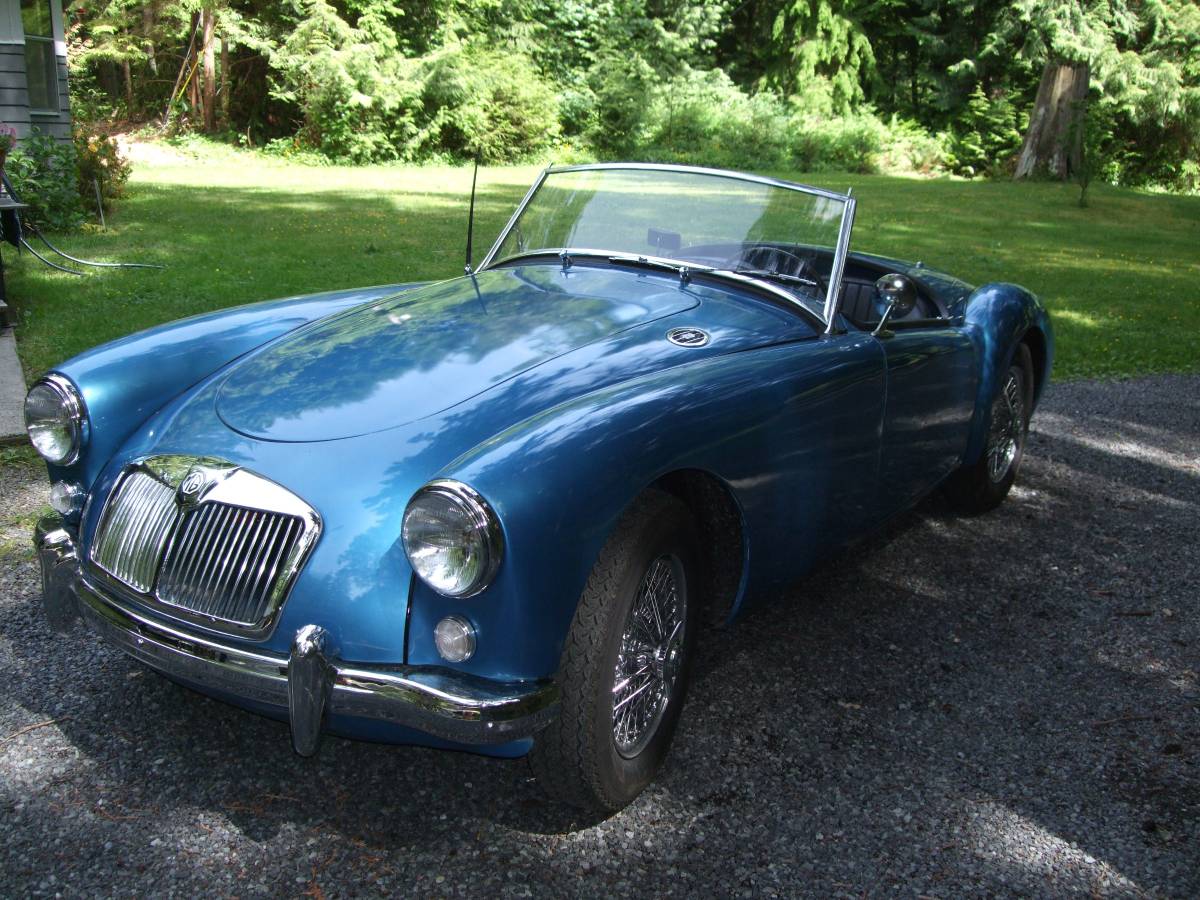 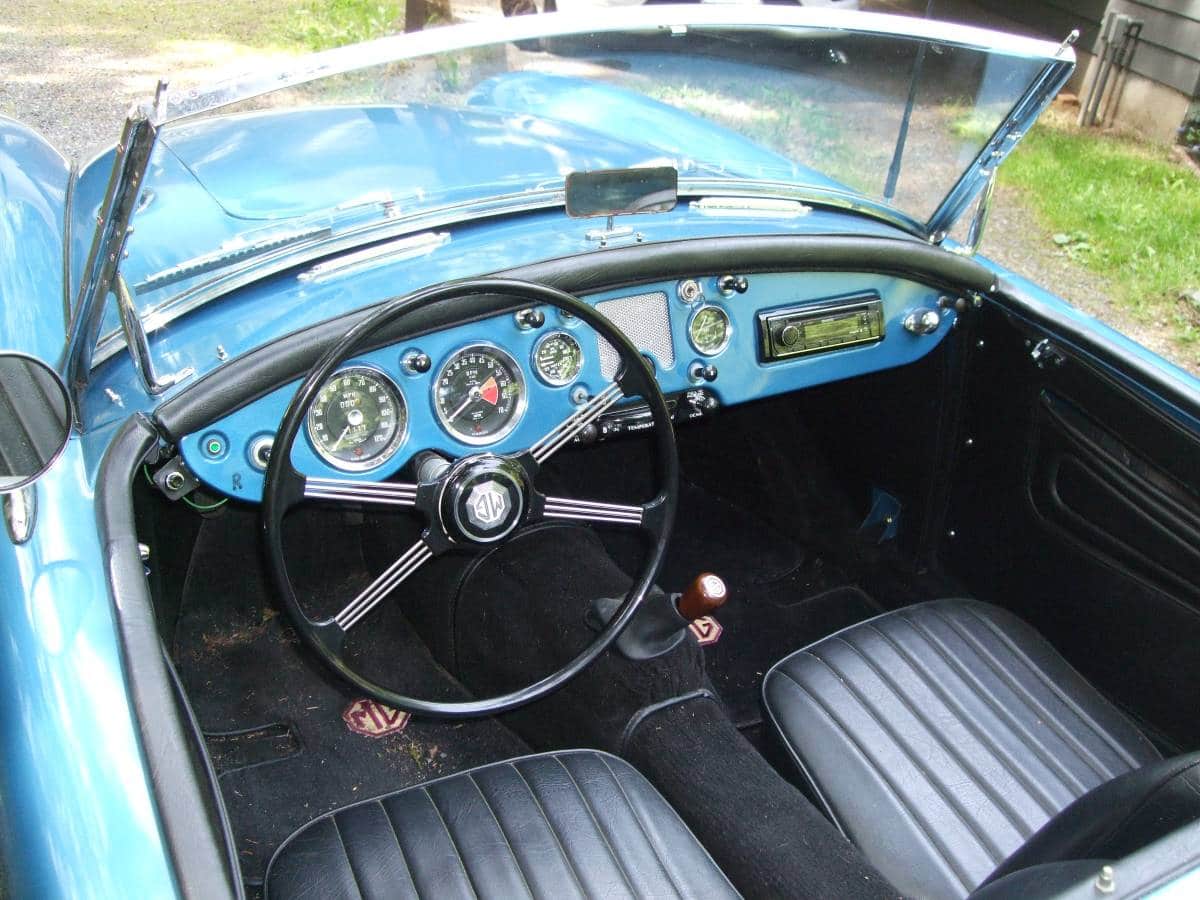 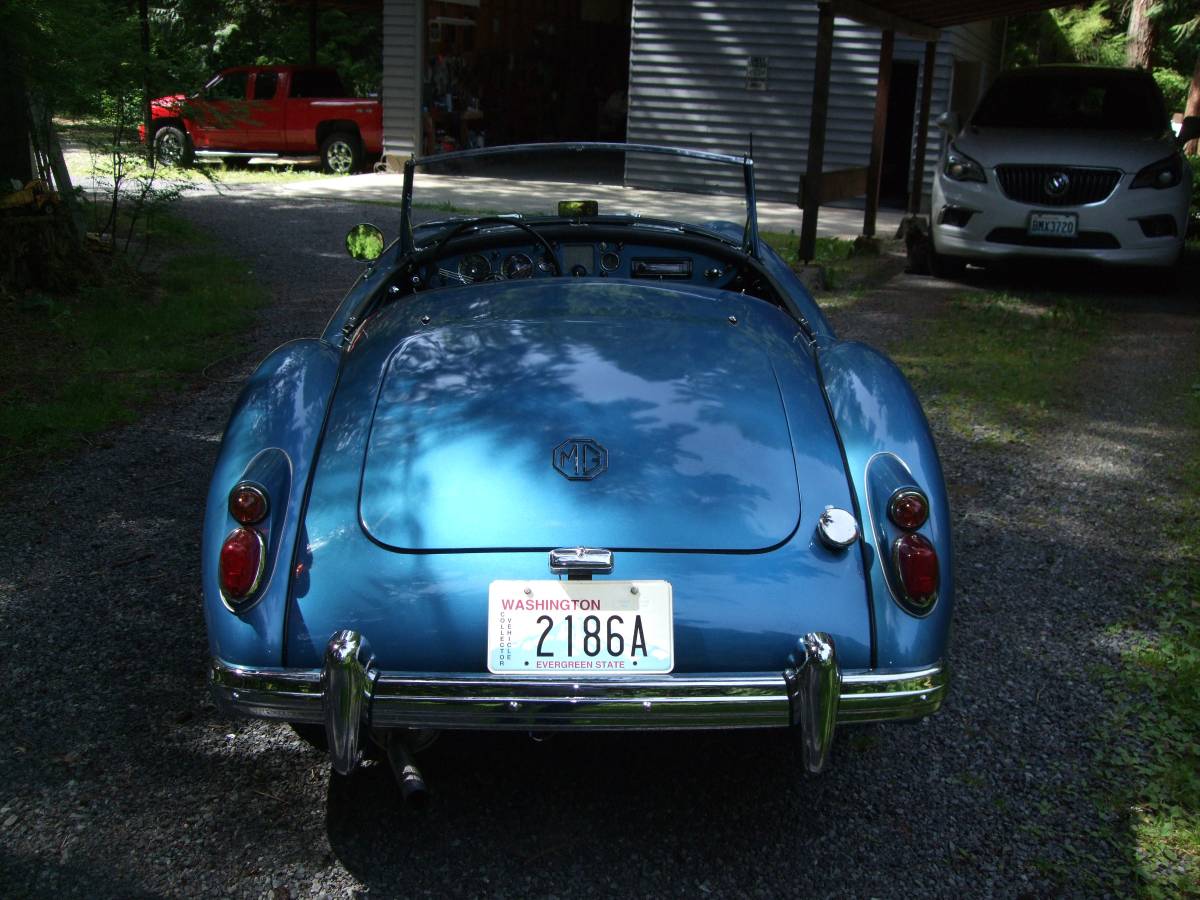 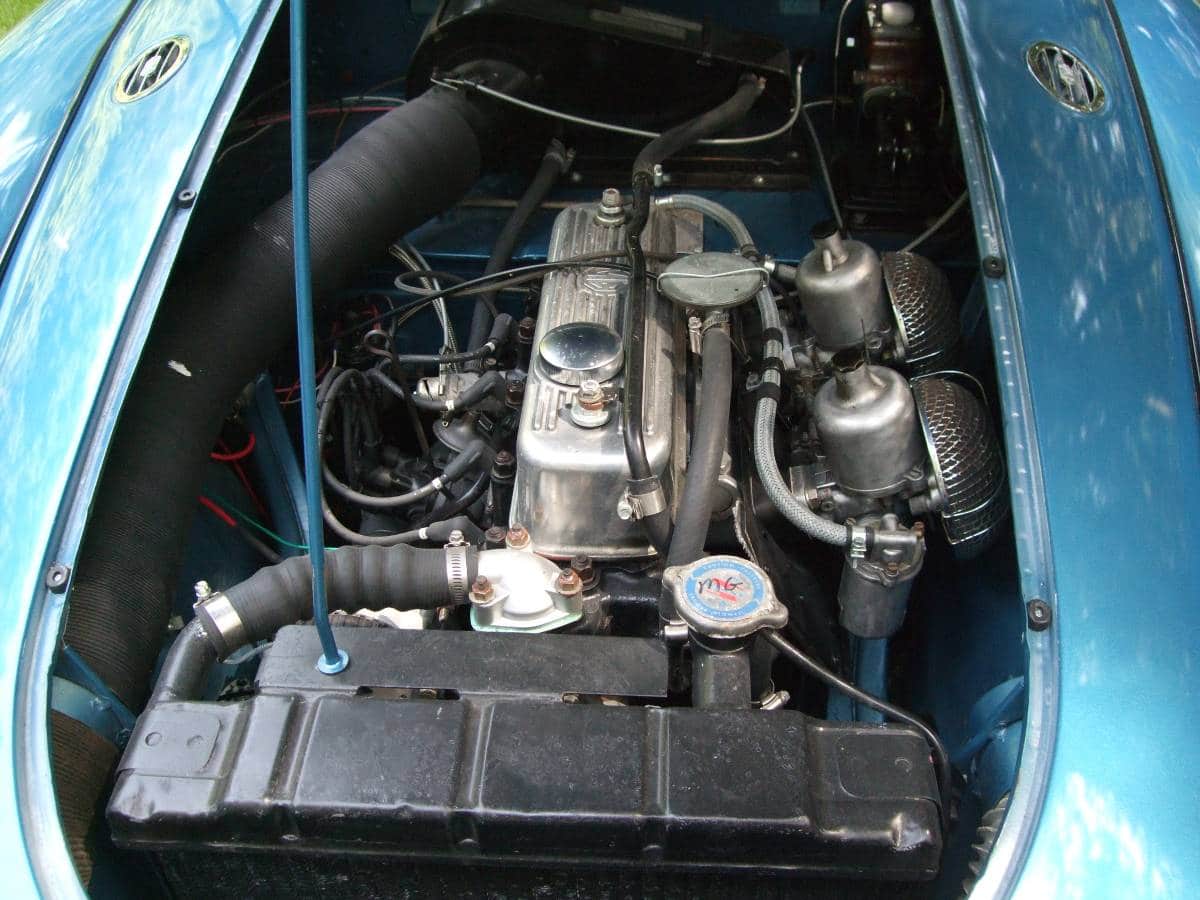 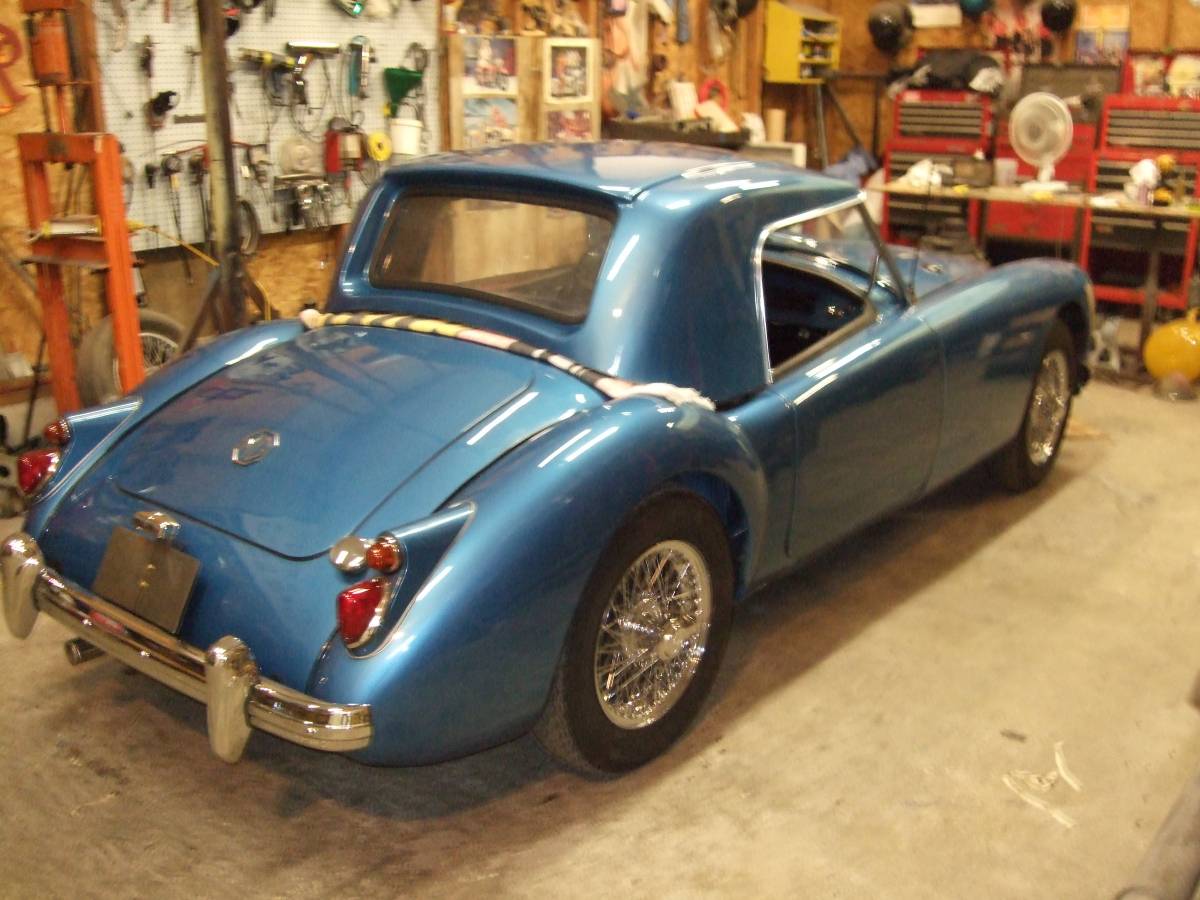 April 4, 2022 Update – The seller of this ’57 MGA just replaced their expiring listing with a fresh Craigslist ad. In it, the pictures changed and they lowered the asking price by three thousand from $27,500 to $24,500.

Morris Garages, simply known as “MG”, offered two shades of blue in 1957. Glacier Blue was navy in color while Mineral Blue was the lighter shade chosen. The color chosen to restore this 1957 MGA Roadster originally listed in April 2022 on Craigslist in Tulalip, Washington (Seattle) appears to be a modern variation on the latter. Another variation from when it left the MG factory is the powertrain: this MGA now features a five-main-bearing 1800cc inline-four sourced from a newer MGB backed by a Datsun 280Z five-speed manual gearbox.  In addition to benefitting from a ground-up restoration, this MGA features a matching removable hardtop.

Currently offered at $24,500 ($27,500 was the original ask) or best offer, comparing that price against the Hagerty Insurance Online Valuation Tool confirms the private seller has their MGA priced between this guide’s #3 “Good” estimate of $19,400 and its #2 “Excellent” estimate of $37,400.  As a second data point, the  Collector Car Market Review Online Tool reveals the seller’s ask falls between this guide’s #2 “Very Good” estimate of $26,500 and its #1 “Excellent” appraisal of $39,200.

The MGA’s predecessor, the TF, featured a high driver seating position with dated tractor-like ride and handling that was quickly falling out of favor with enthusiasts and as a result, sales began to decline.  Consequently, this new design was so different from the older MG models it was called the MGA, the “first of a new line” to quote the contemporary advertising. There was also a new engine available, therefore the car did not have the originally intended XPAG unit but was fitted with the BMC B-series engine allowing a lower hood line. From a styling standpoint, it’s worth noting the MGA convertible such as the example featured here had no exterior door handles, while coupe versions did.

The seller admits in his brief description there is too much done to his 1957 MGA to list. We like the combination of a classic exterior blended with several modern touches for a more enjoyable driving experience.

“Ground up restoration, 57 MGA Convertible. The engine is an 1800 cc MGB, 5 main, transmission is out of a 280Z 5 speed. Has a soft top & hardtop. So much was done in the restoration I don’t have room to write it all. Any questions, call Rusty”