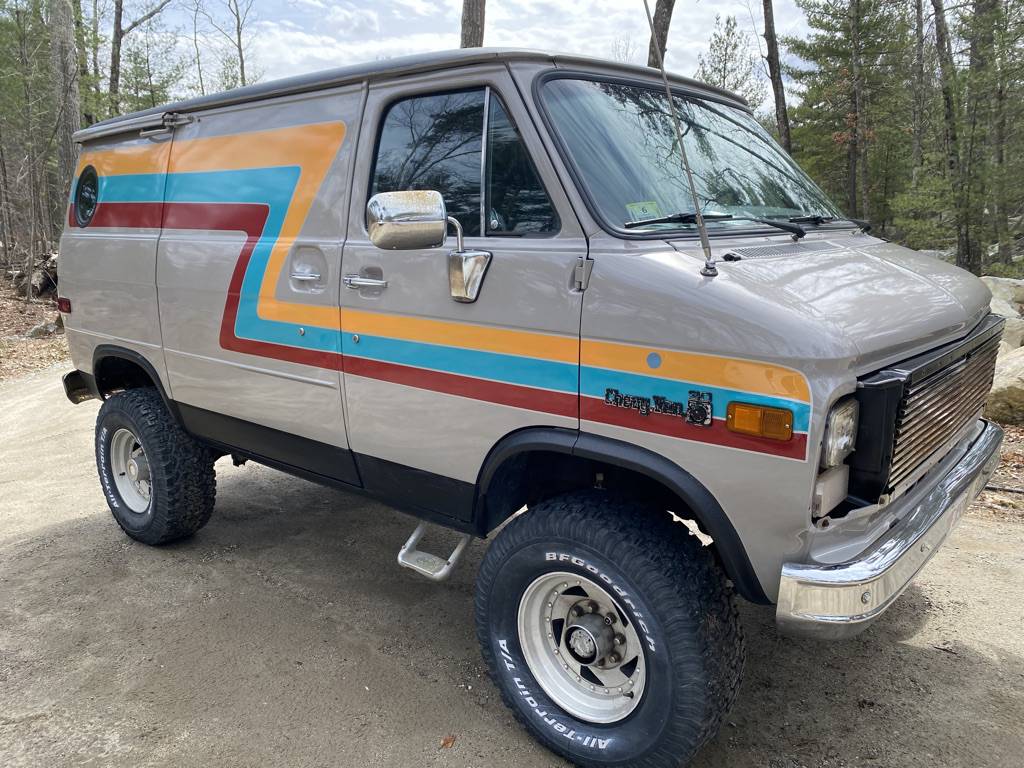 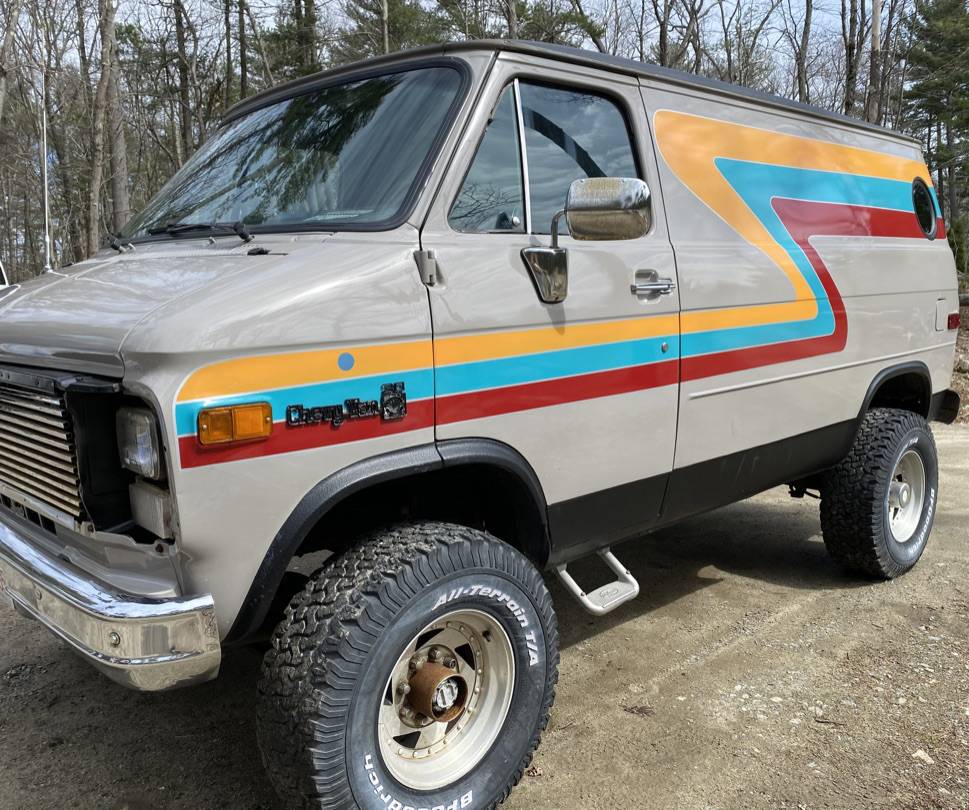 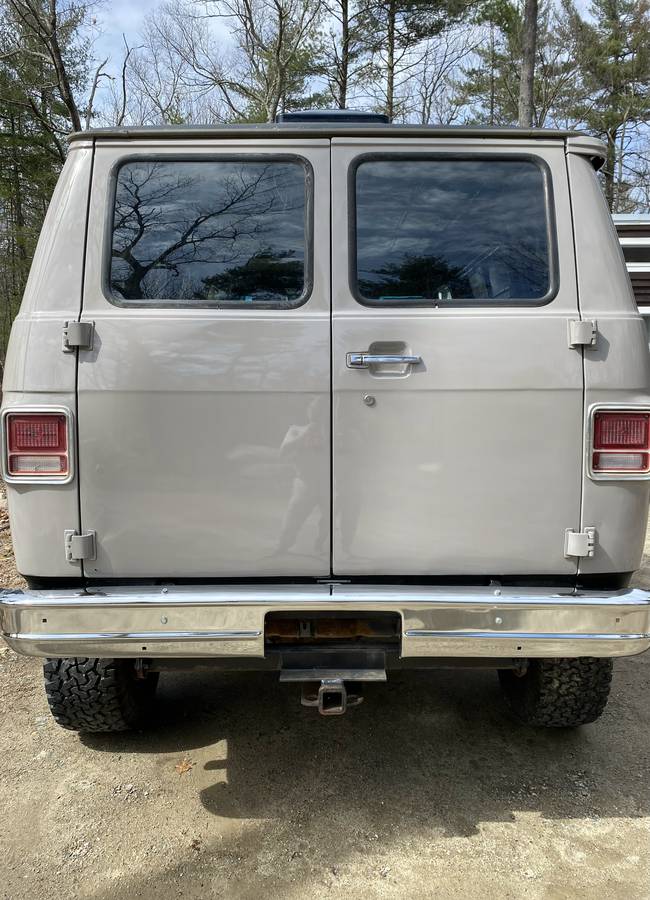 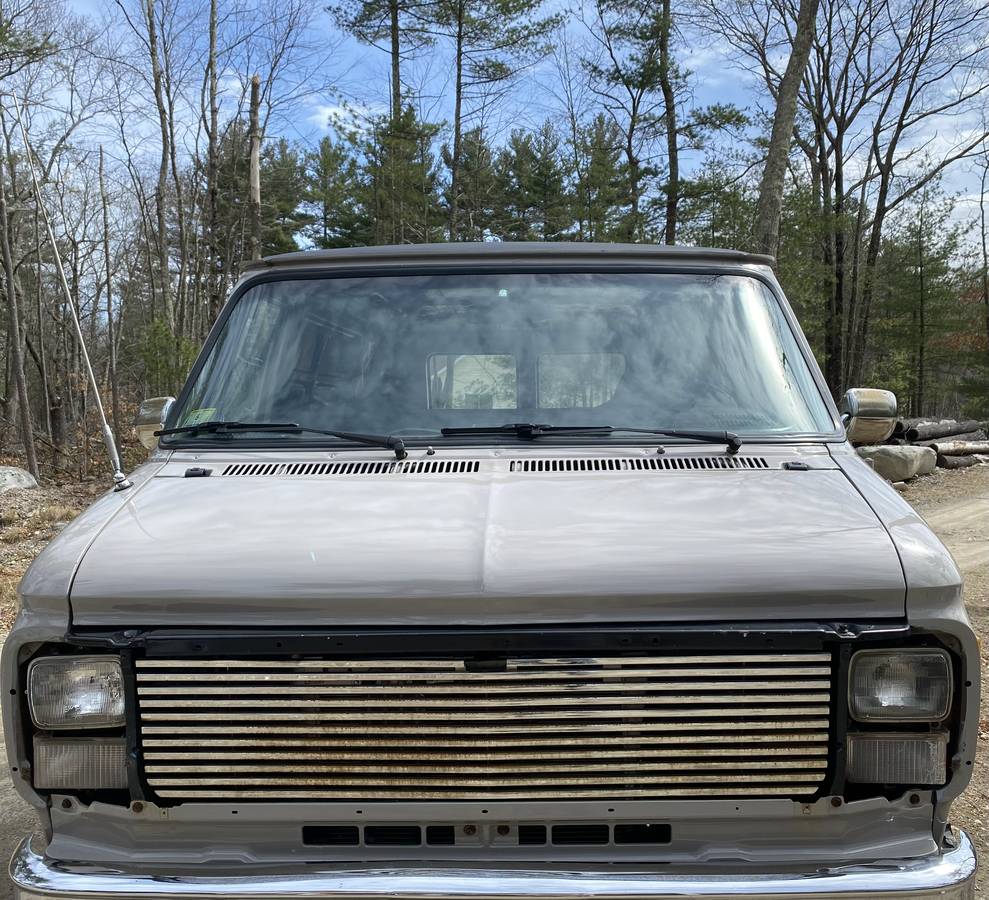 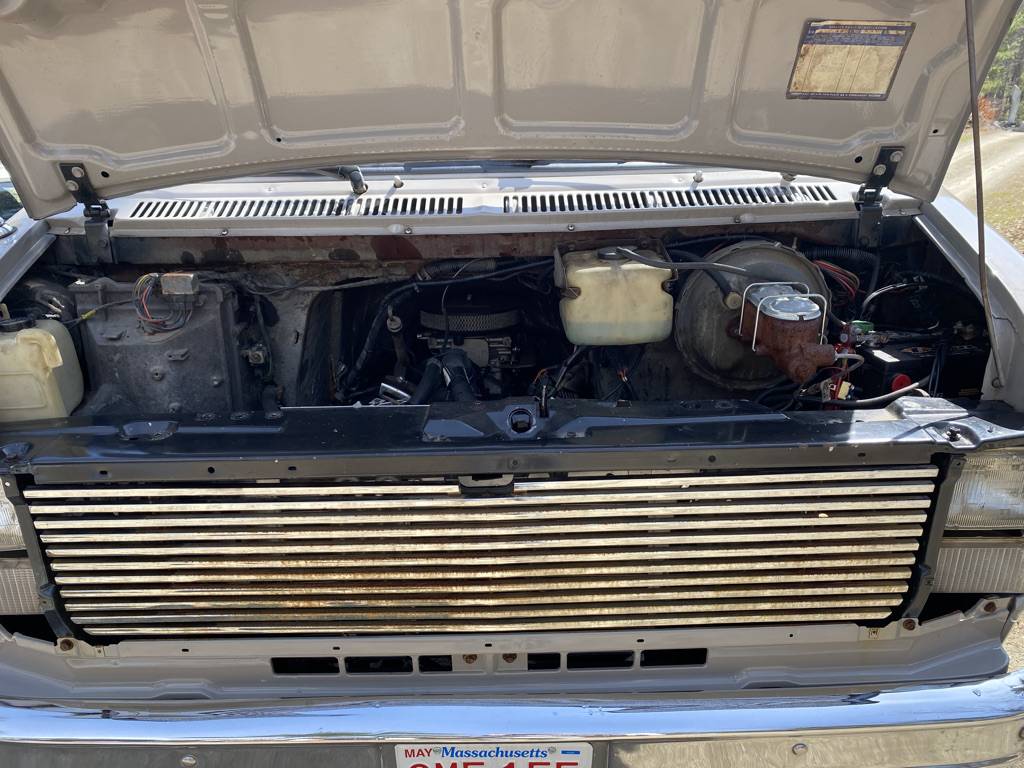 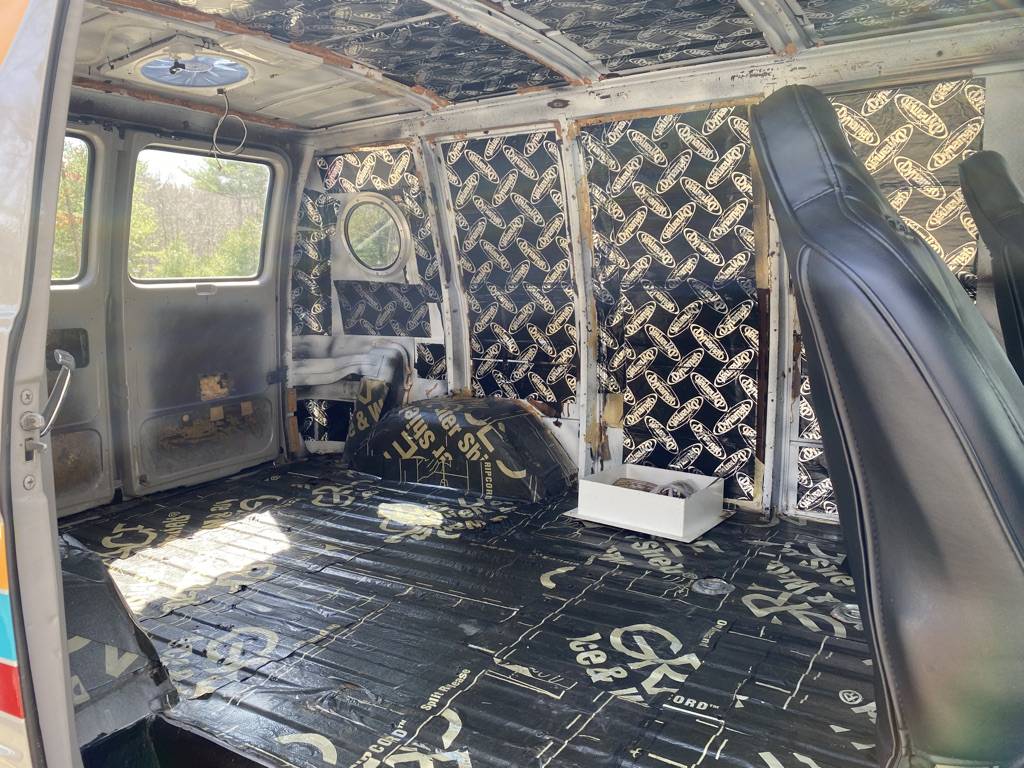 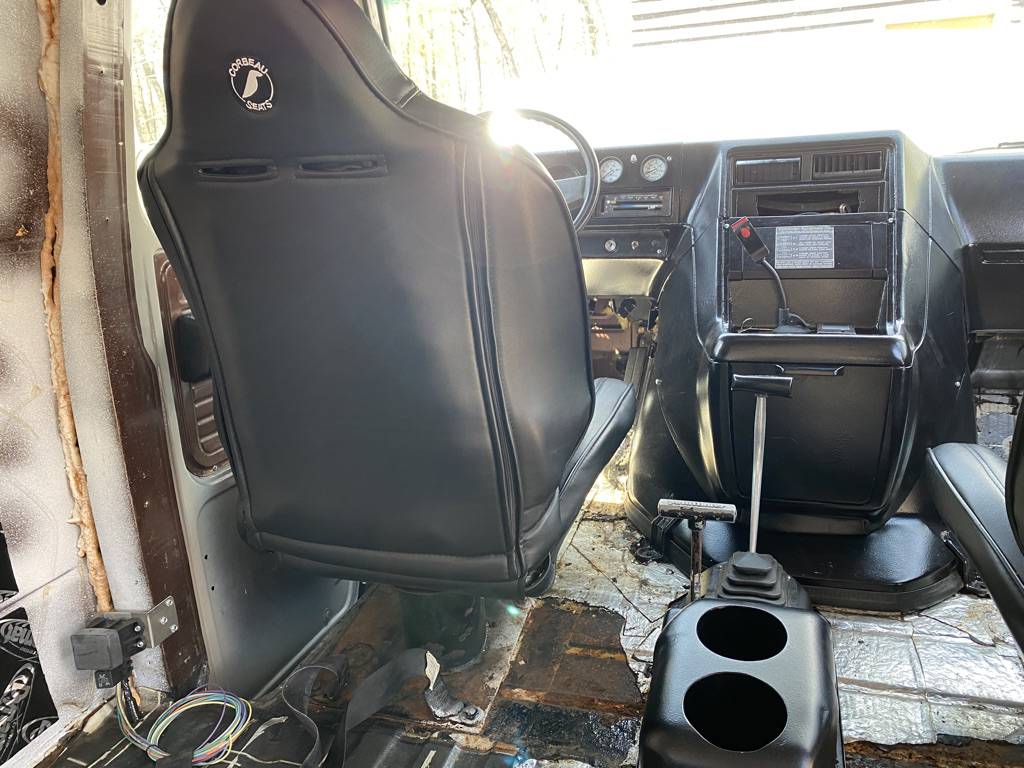 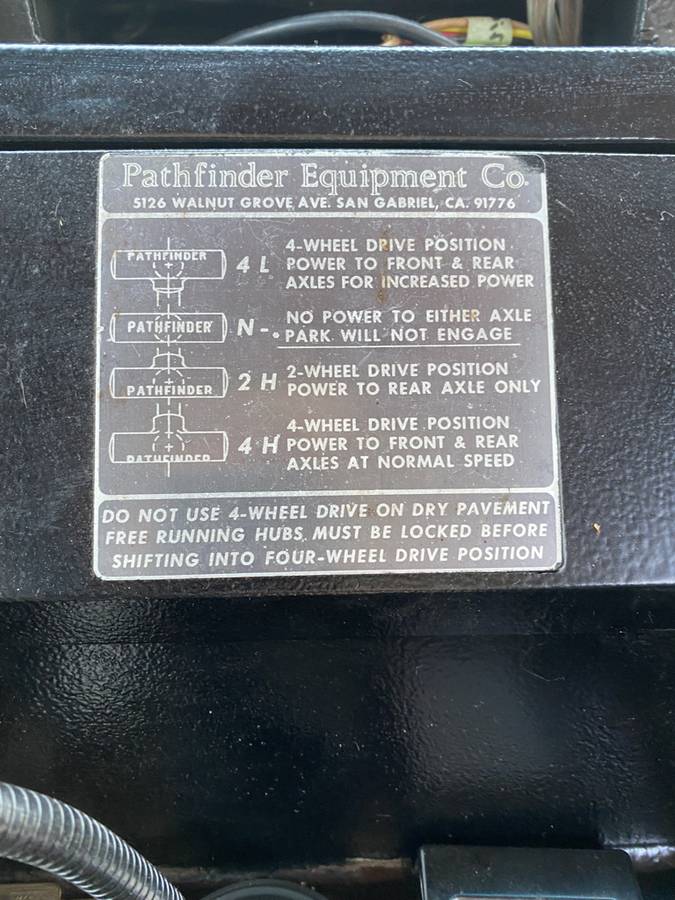 For reasons never clear to us, domestic cargo van manufacturers never offered four-wheel-drive versions of their cargo haulers.  Consumers interested in buying such a vehicle today usually do so through Quigley Motor Company.  However, back in the 1970s, Quigley’s major competitor was a company named Pathfinder.  This 1978 Chevrolet G30 “Shorty” panel van project originally listed in April 2022 on Craigslist in Acton, Massachusetts (Boston) features the defunct company’s conversion. The seller reports that while their project van features only one thousand miles on a rebuilt 350 cubic inch small block V8, “it starts but is running hot.”

Currently offered for $10,000, comparing that price against the  Collector Car Market Review Online Tool reveals the seller’s ask falls between this guide’s #3 “Good” estimate of $6,700 and its #2 “Very Good” appraisal of $15,700.

Produced with only minor changes from 1971 through 1996, Chevrolet offered its G-Series vans in a dizzying array of body lengths, passenger configurations, and cargo capacity as well as powertrain options.  While we can’t find any solid information on the Pathfinder 4×4 conversion, it’s safe to safe the changeover likely relied on off-the-shelf GM K-series pickup components as much as possible. With its short wheelbase and 4×4 capabilities, we can think of a number of places we would love to take this van off-road.

“1978 K30 Chevy Van with Pathfinder 4×4 conversion.Rare classic vanning machine. Shorty van from the 70s had remnants of shag carpet from previous builds. Has been a project of ours for the past few years but we don’t have the space or time to dedicate to it. Need to sell in the next month. Few notes below:

Been sitting for a couple of years. Starts but is running hot.

Sanded and repainted a few years ago but still has some rust issues.

New paint job within the last few years with bed liner around the bottom of the body and on the roof.

Fan-Tastic Vent installed but not wired.

Interior stripped and lined with sound dampeners ready for a build.

What would you do with this Pathfinder-Equipped 4×4 Chevy G30 van?  Please comment below and let us know!