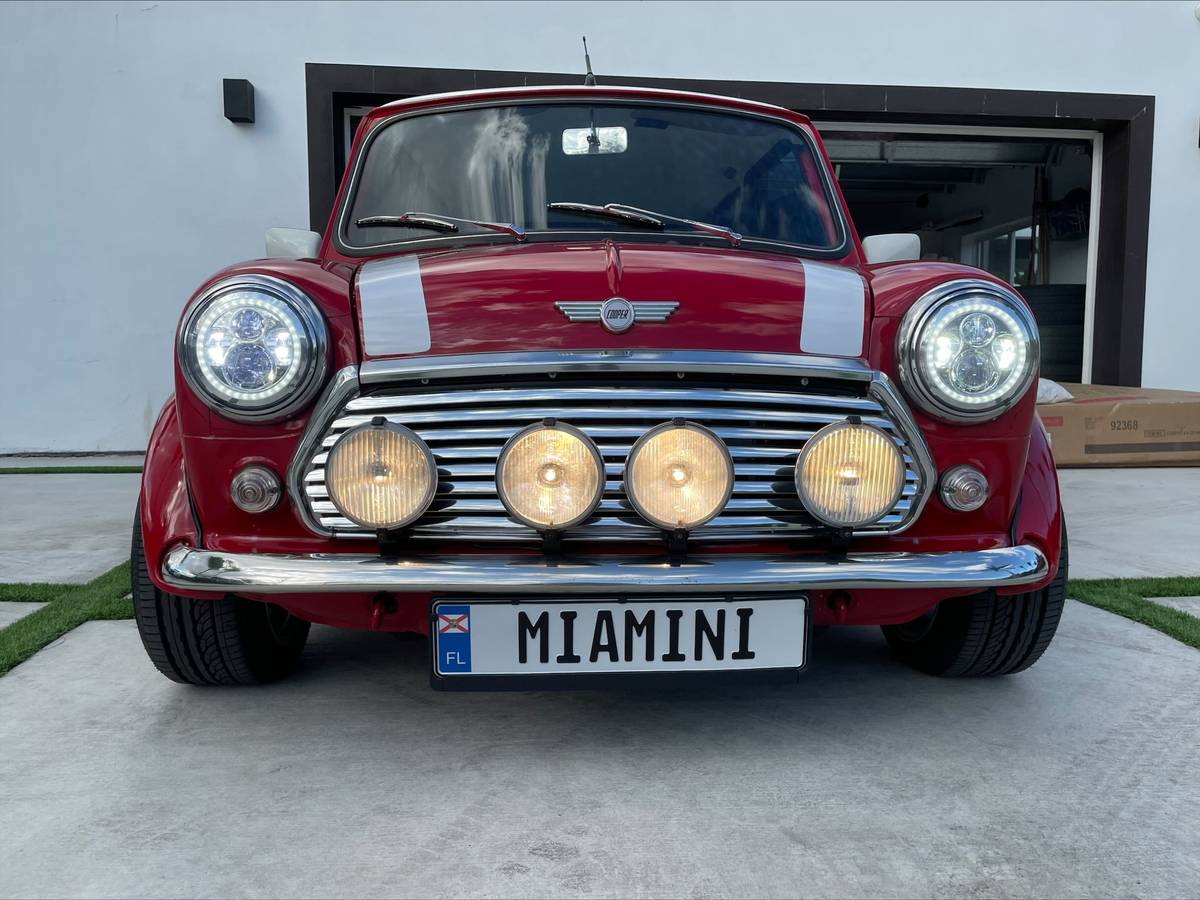 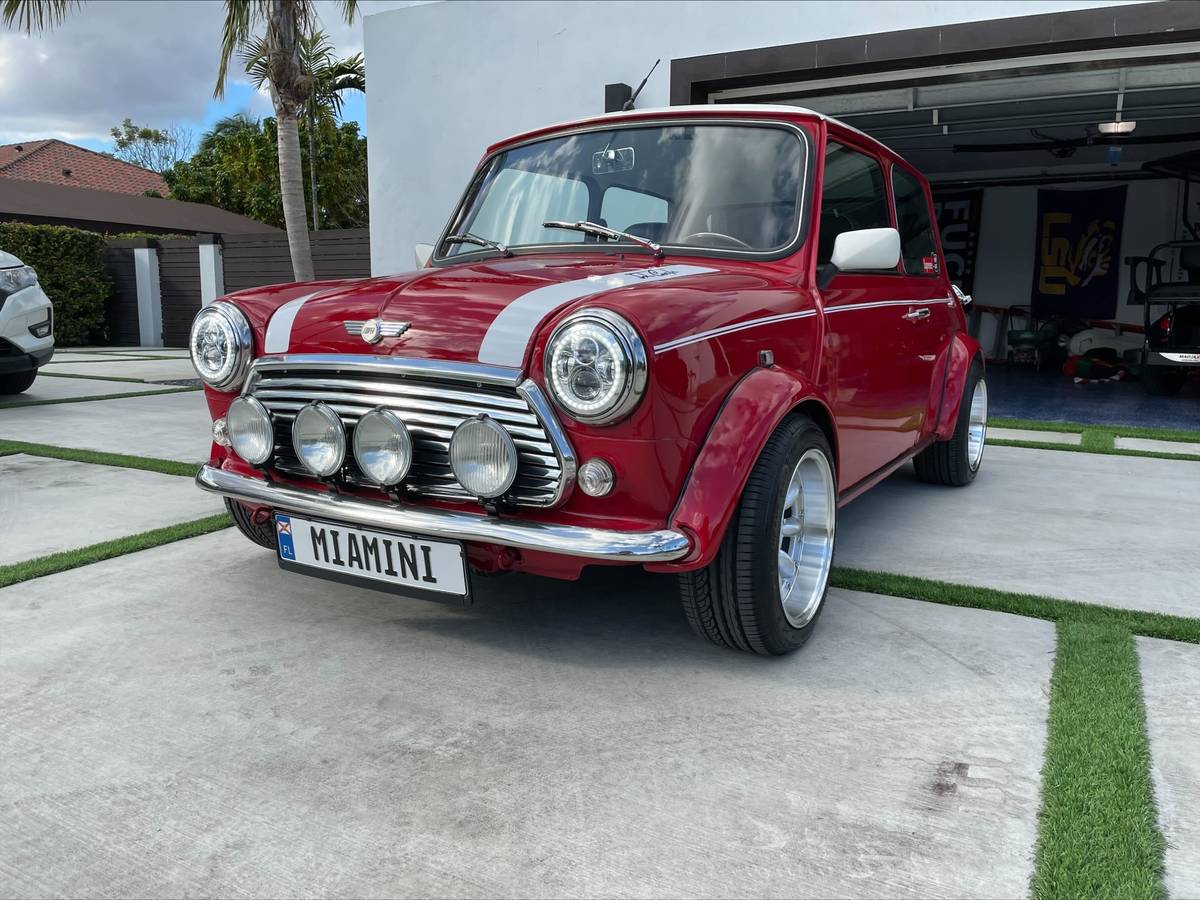 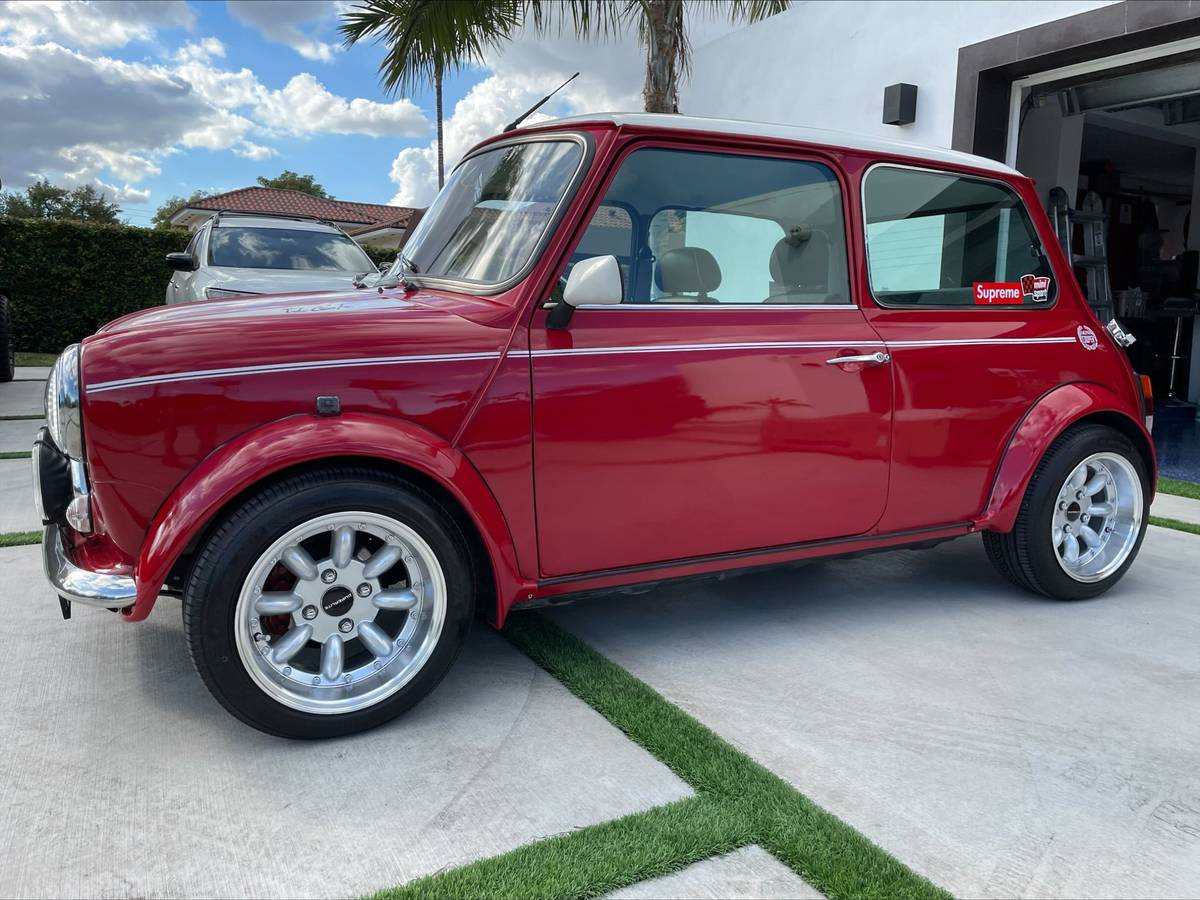 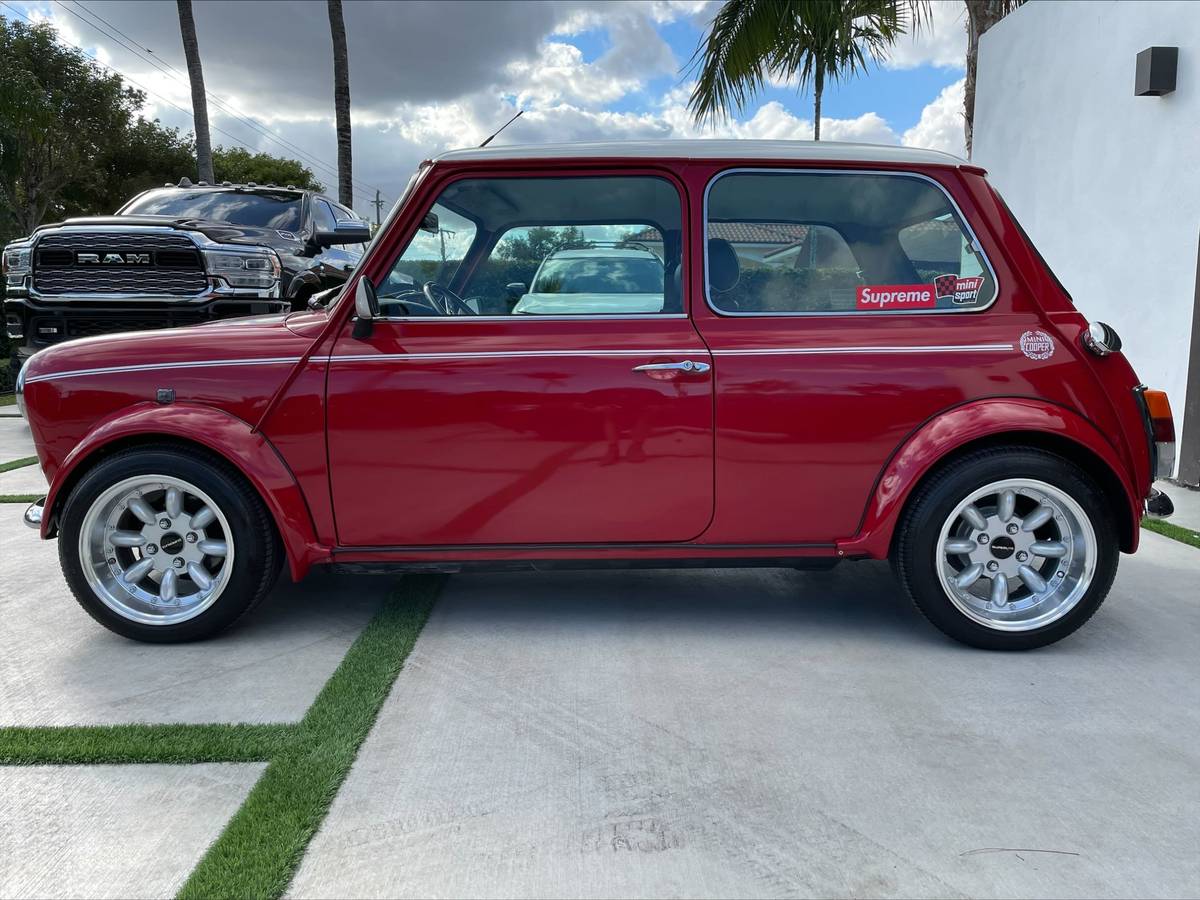 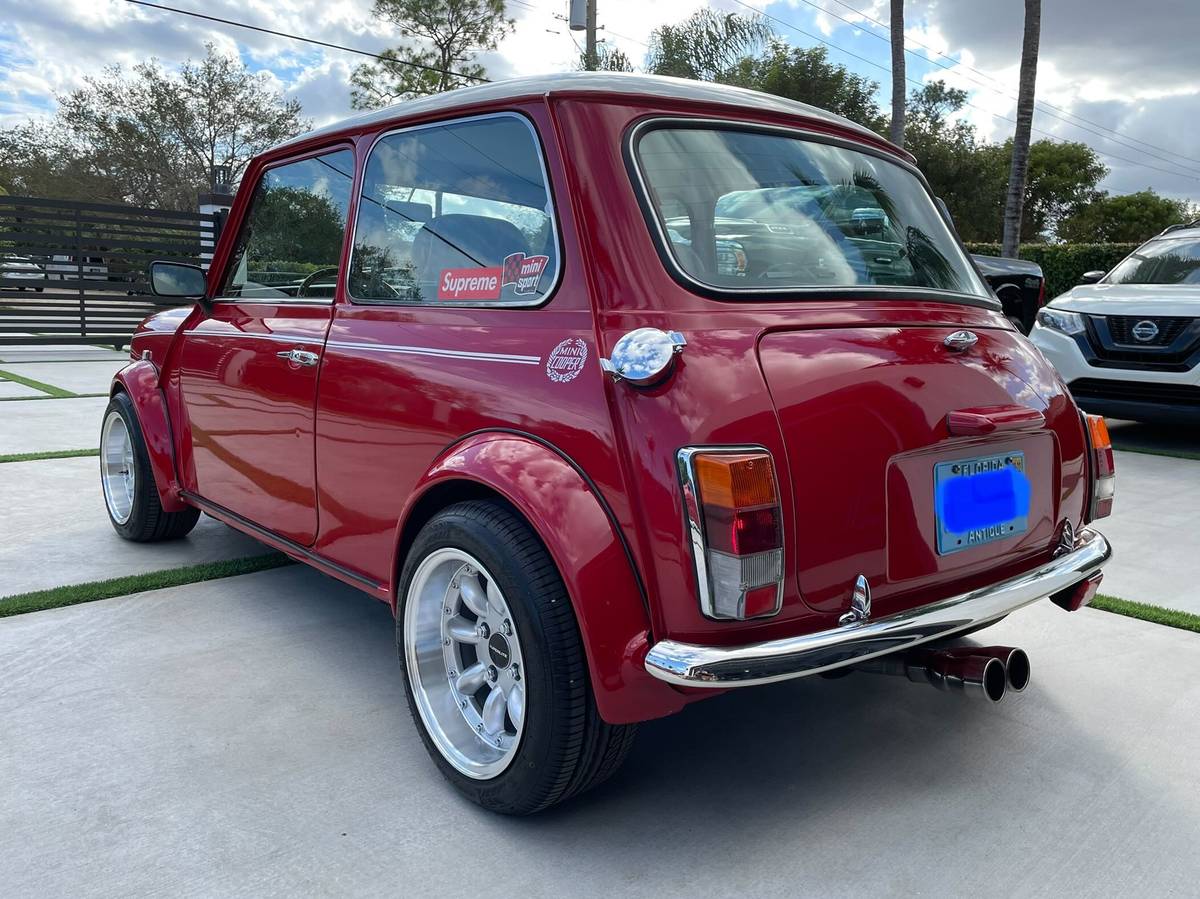 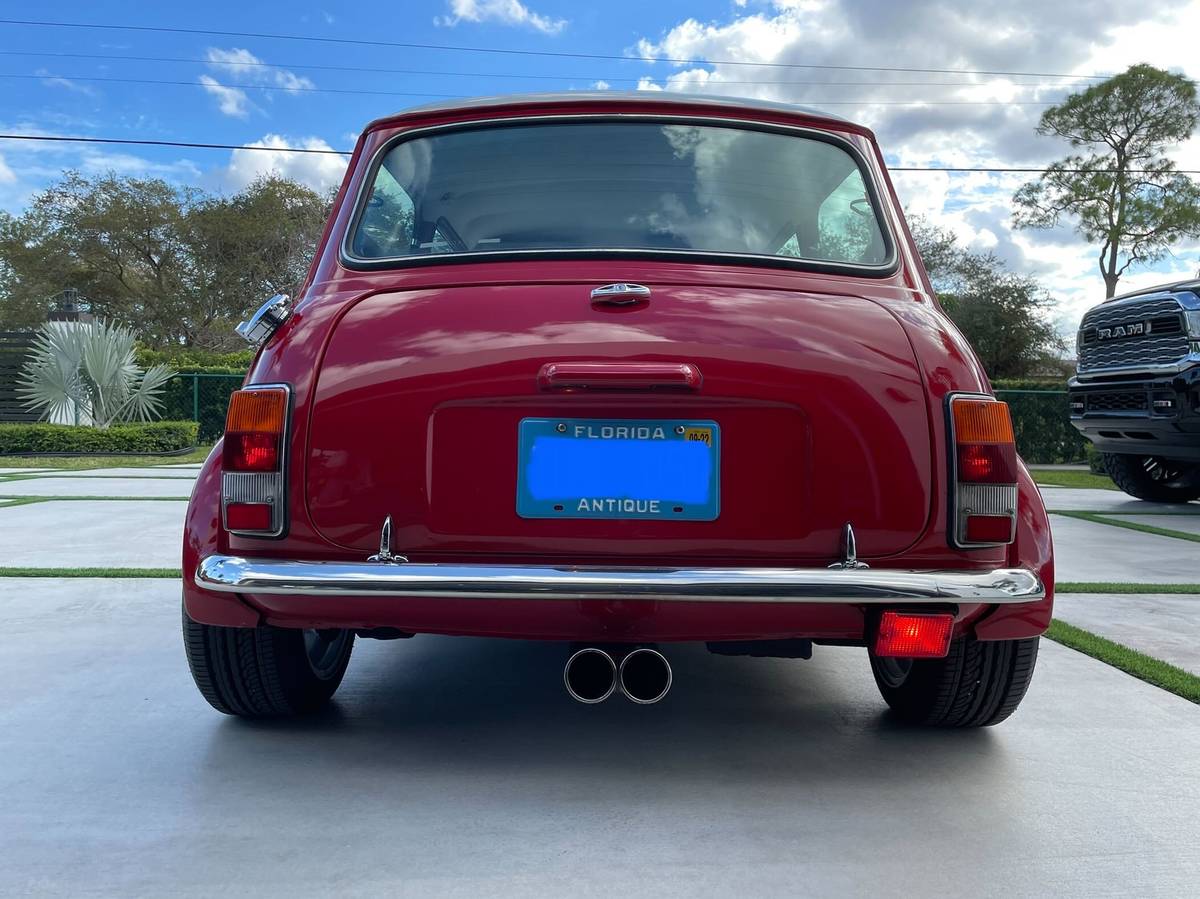 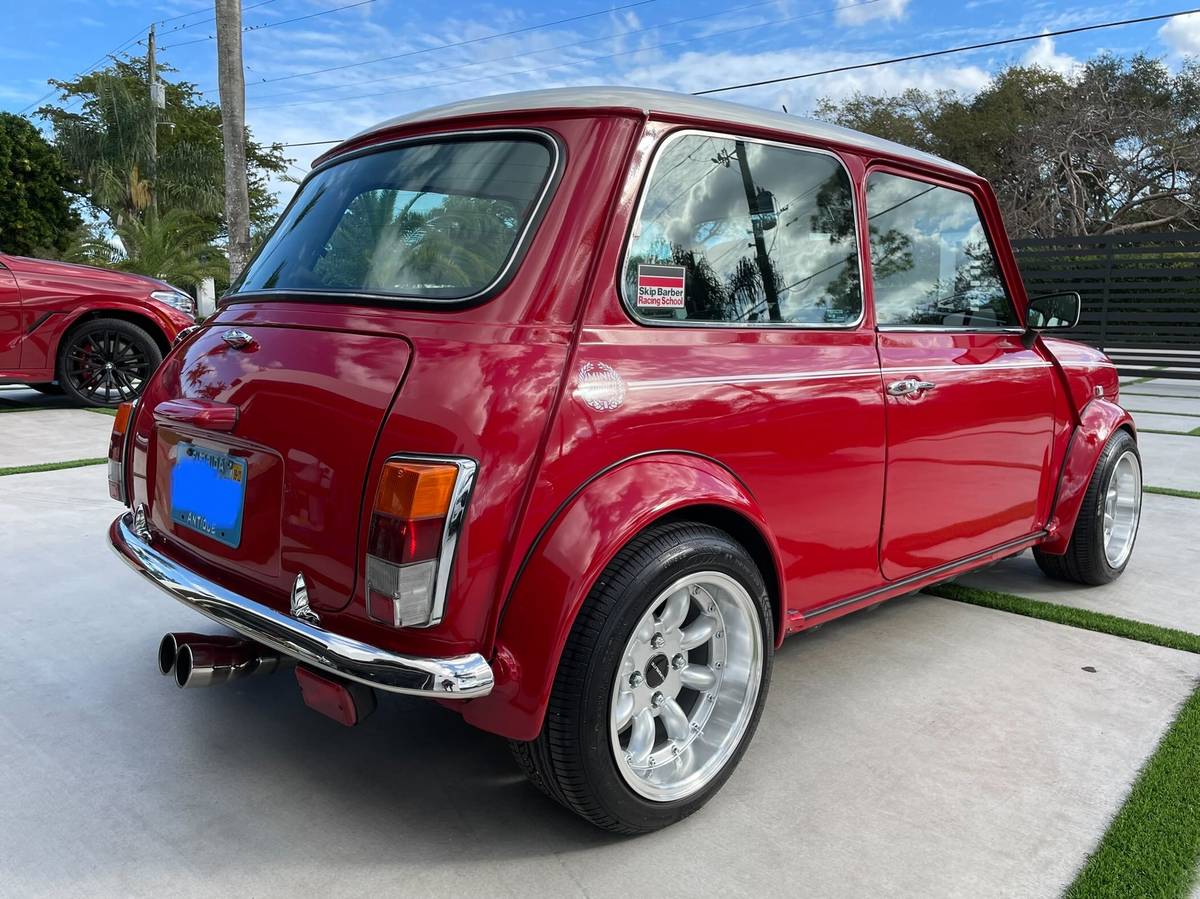 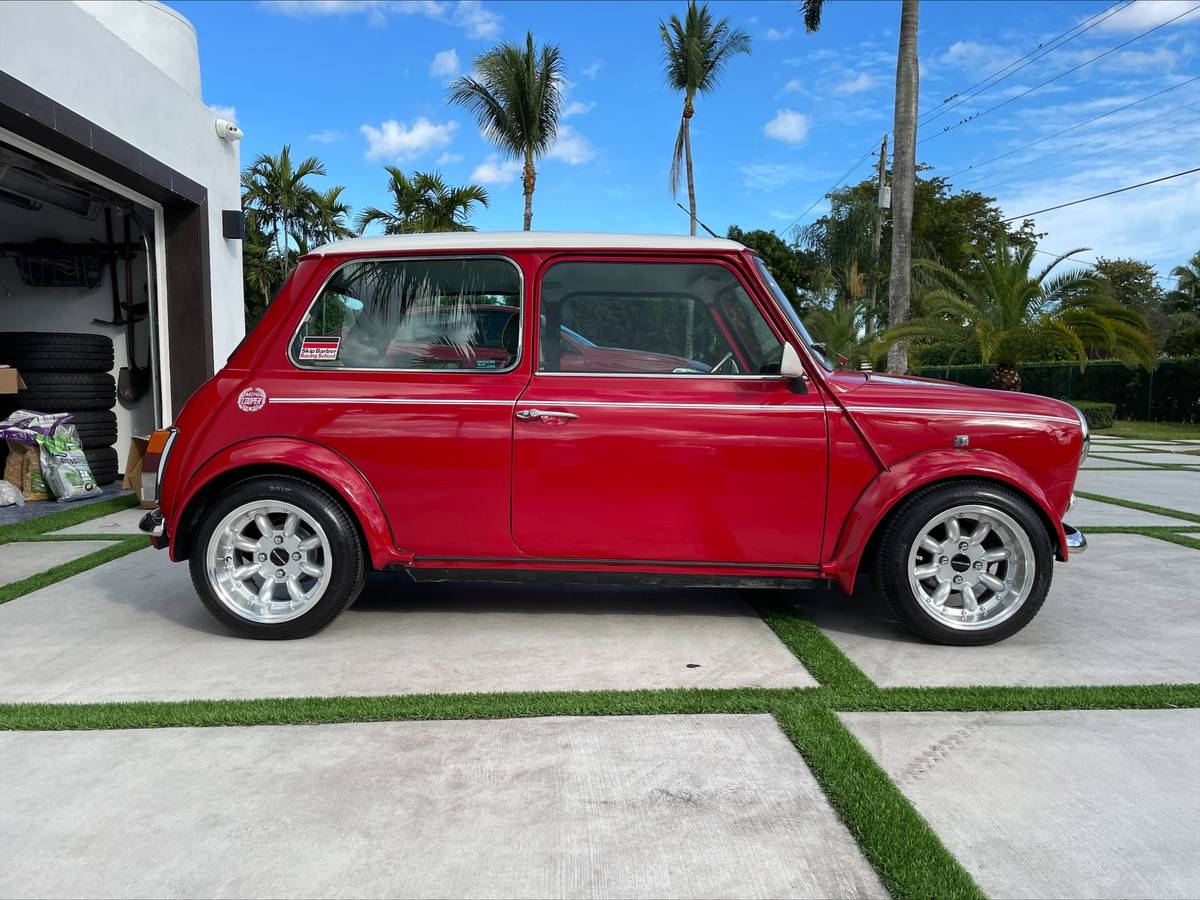 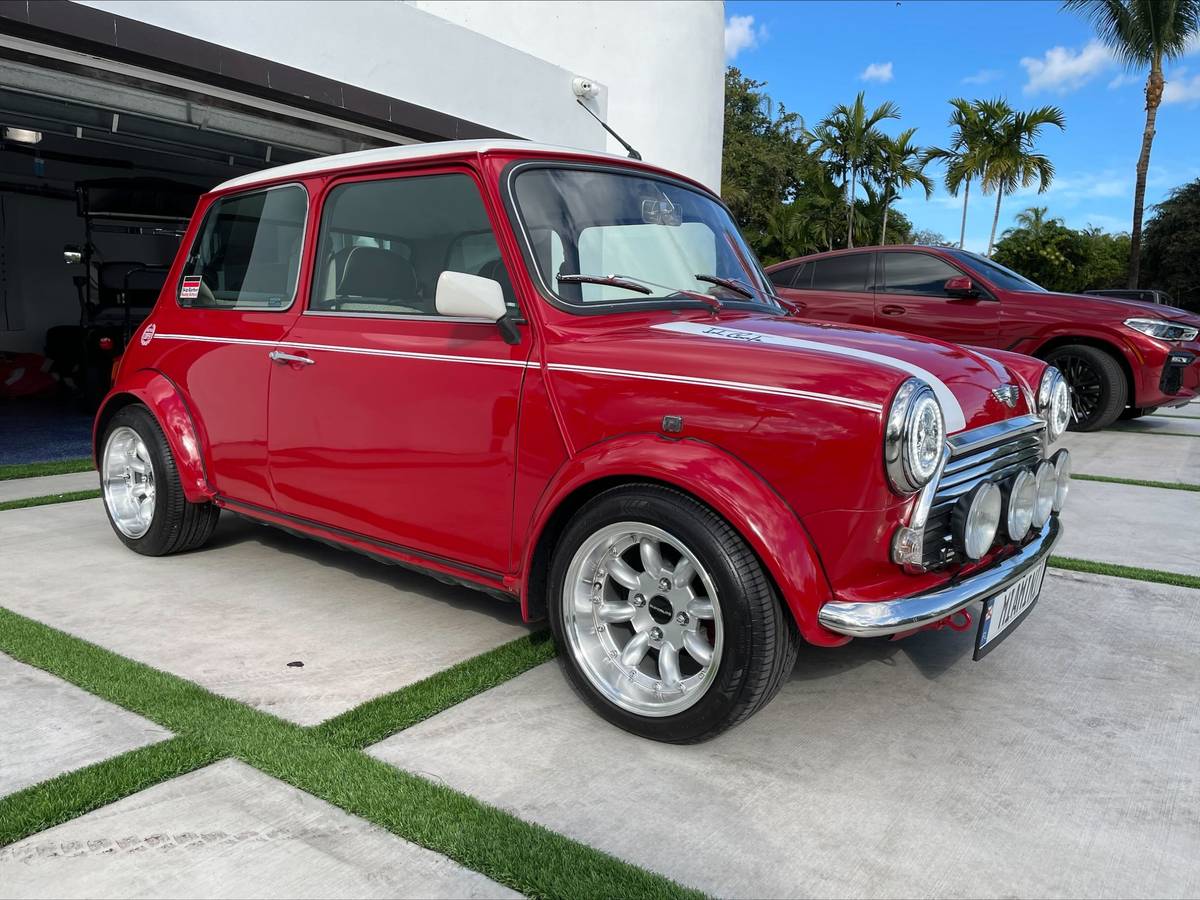 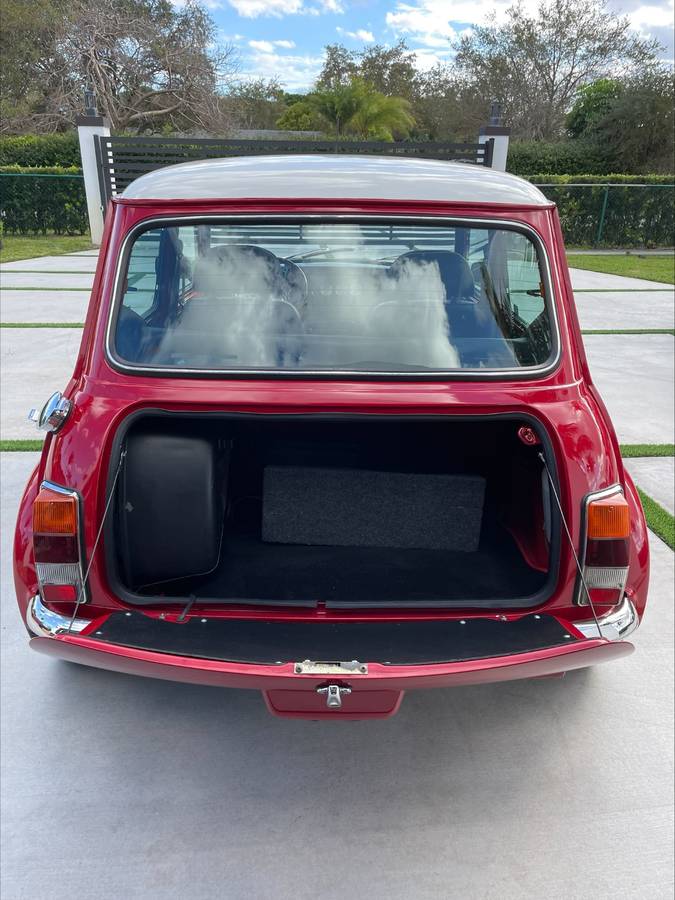 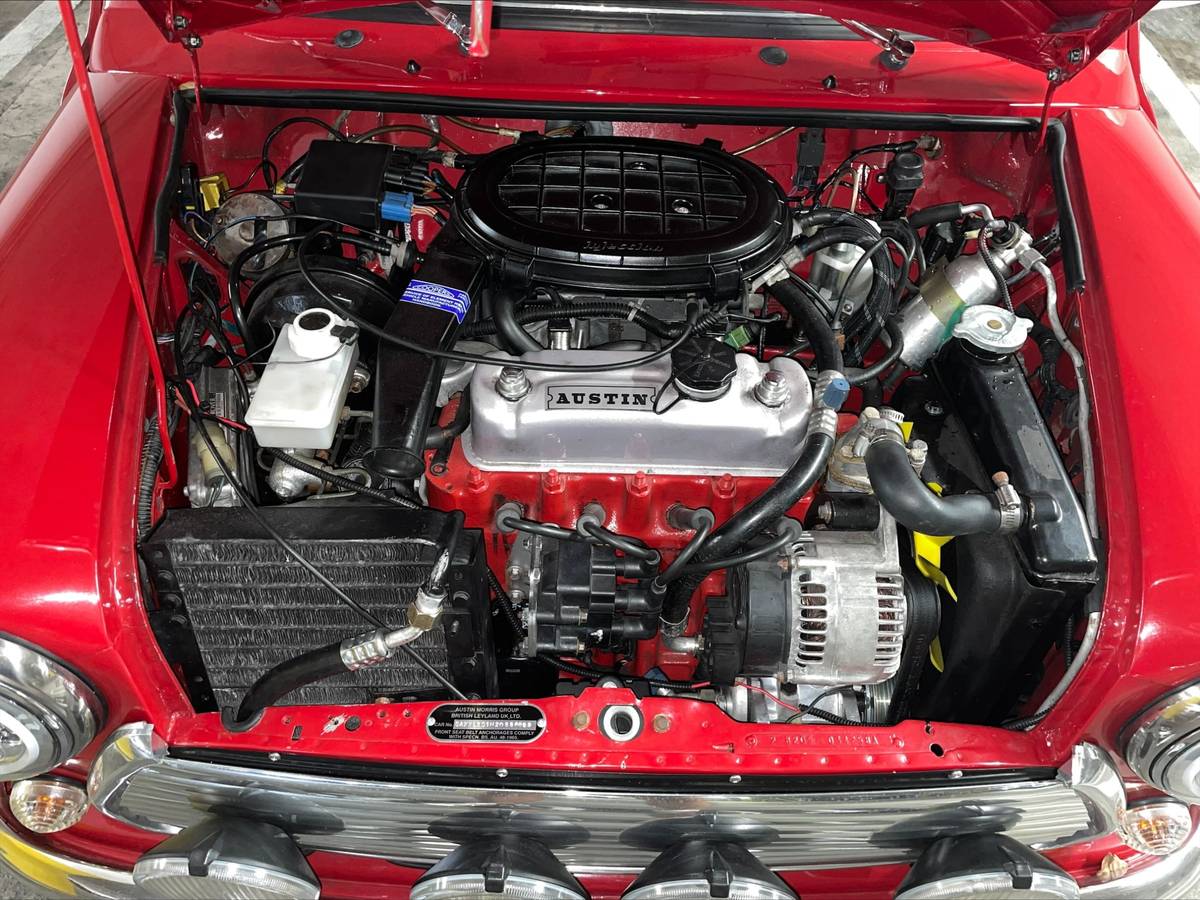 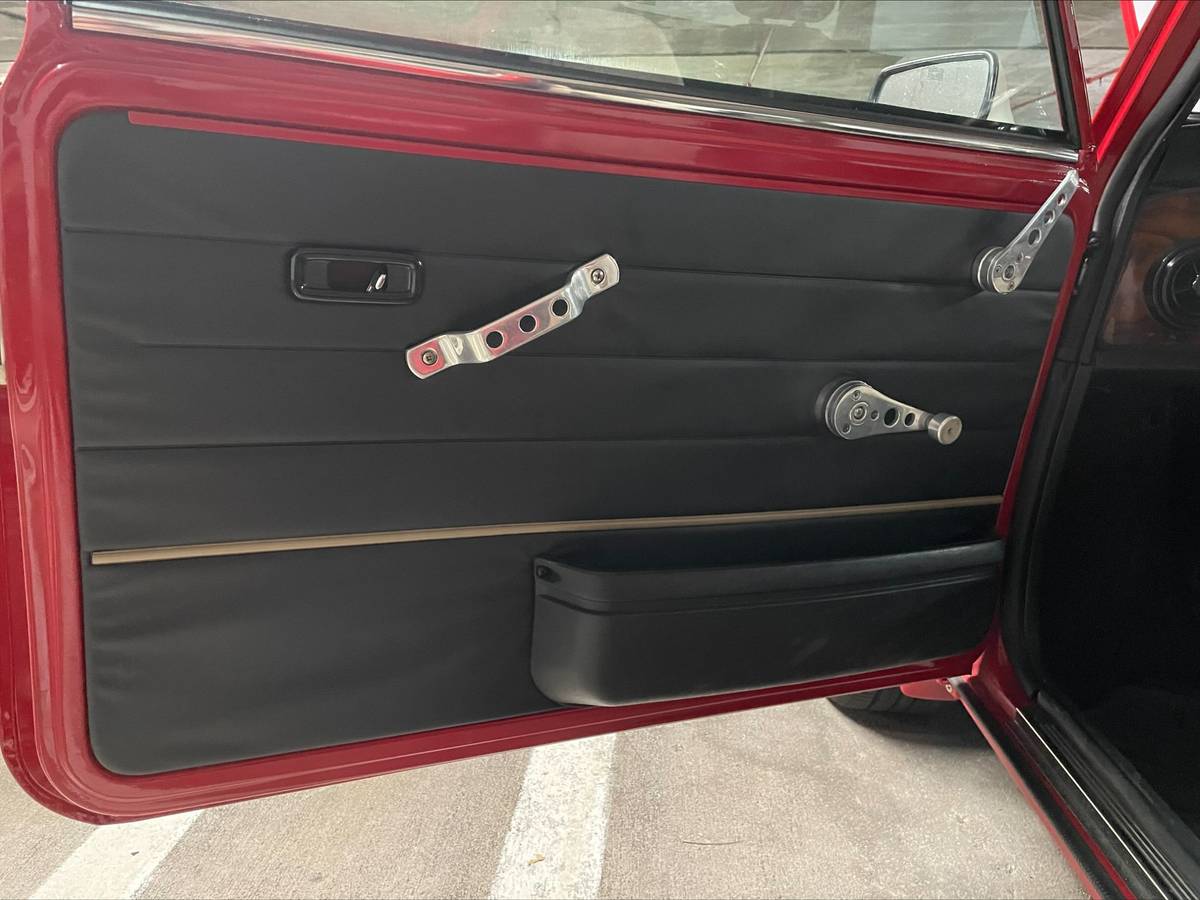 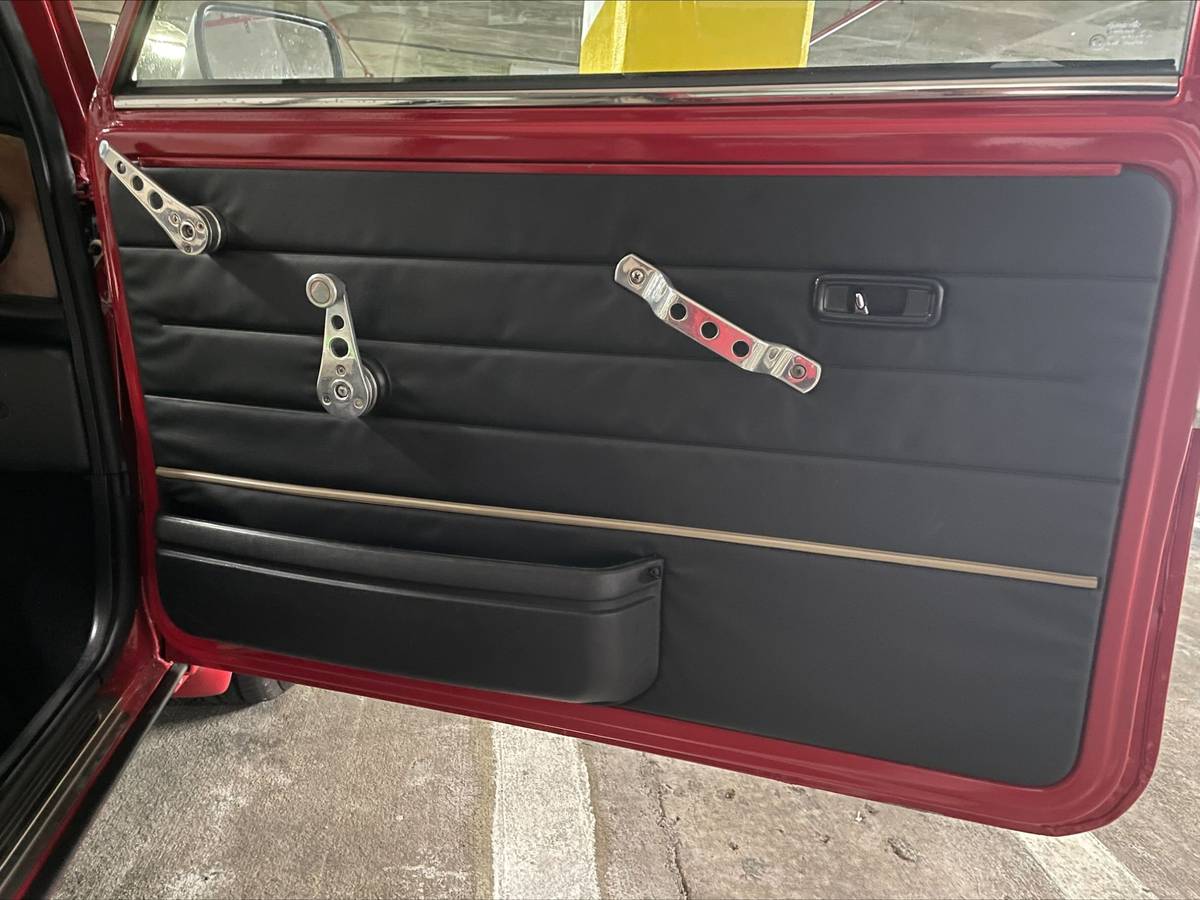 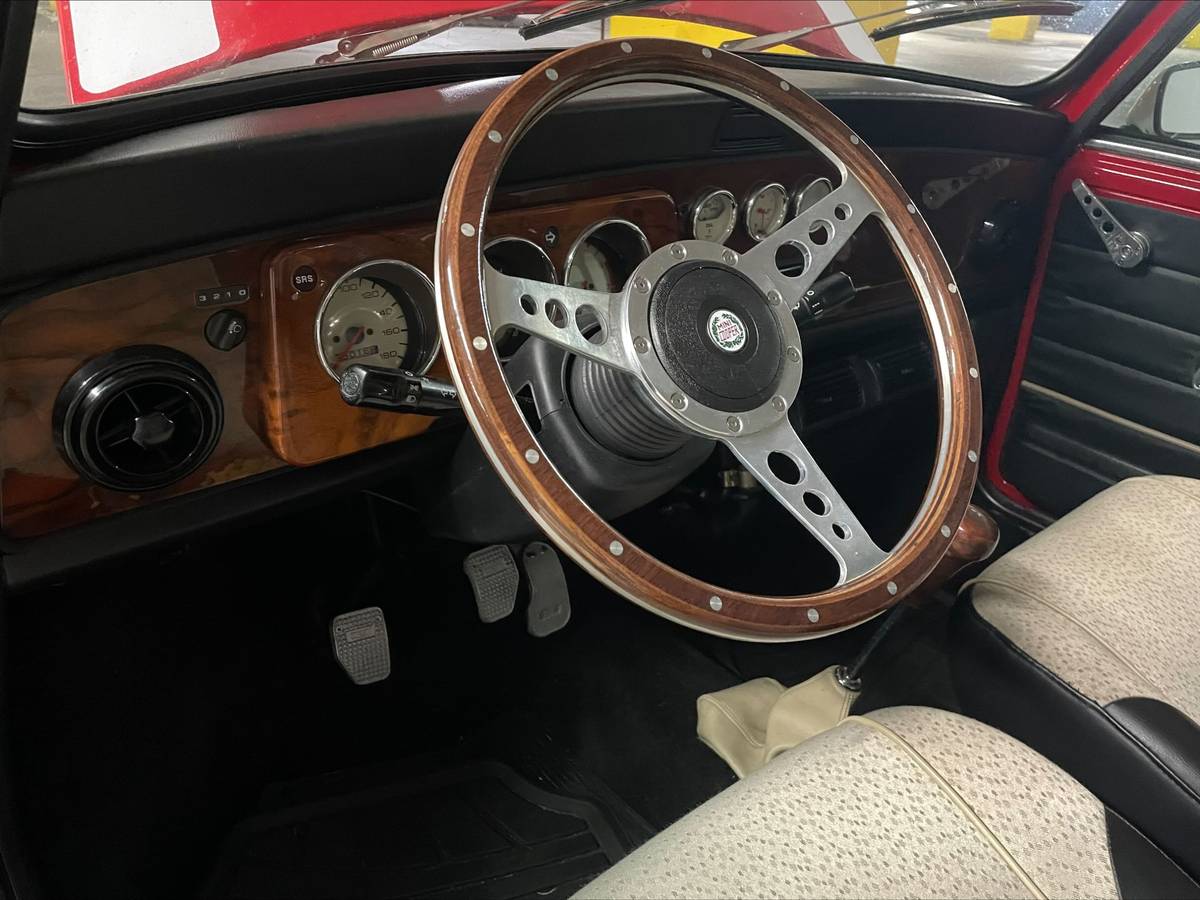 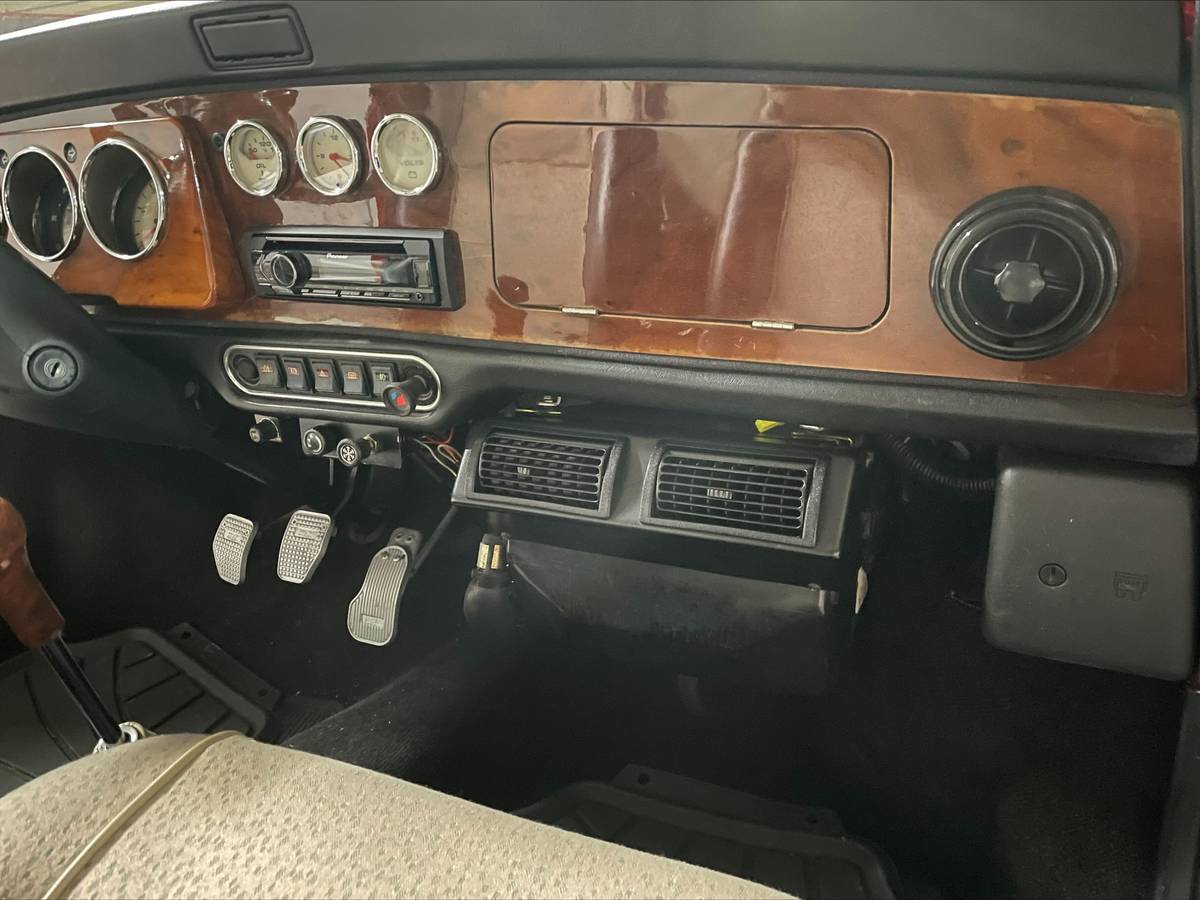 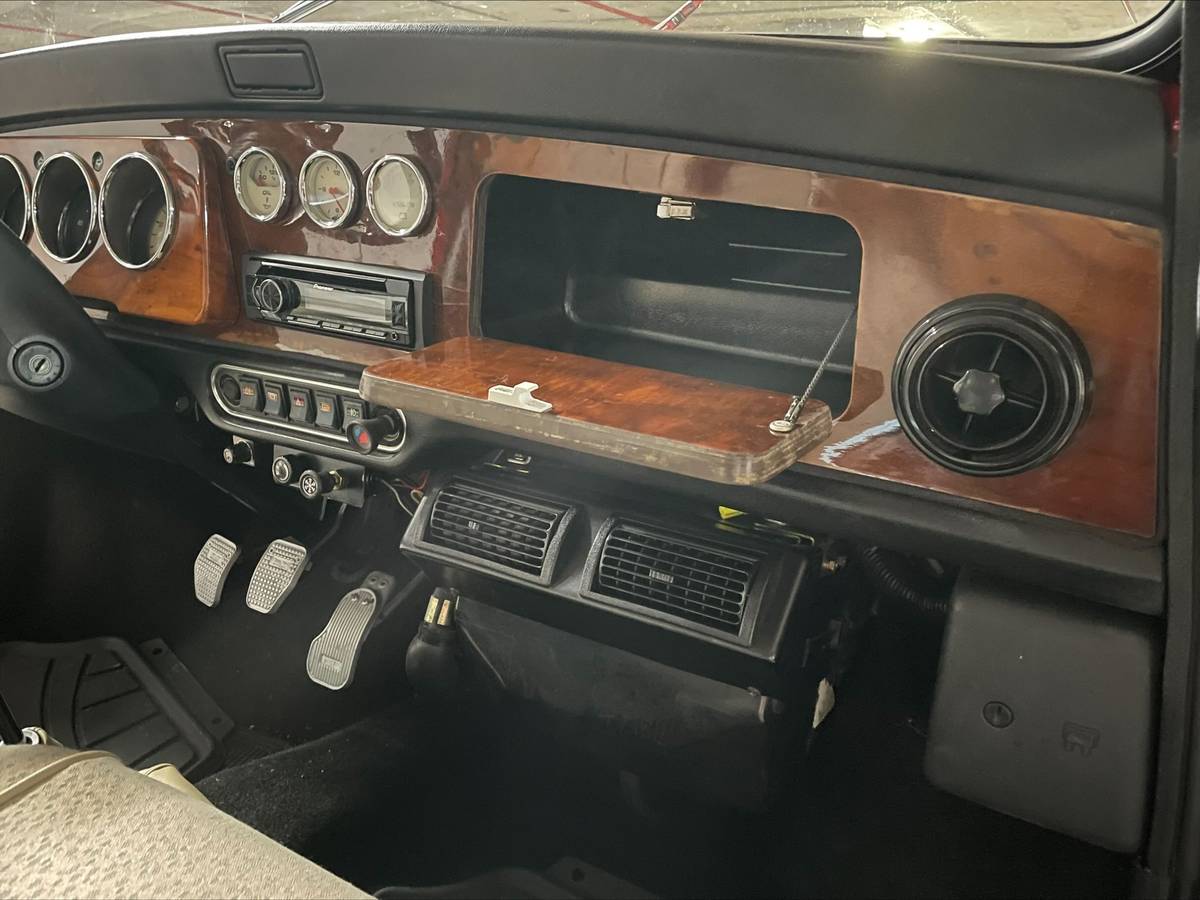 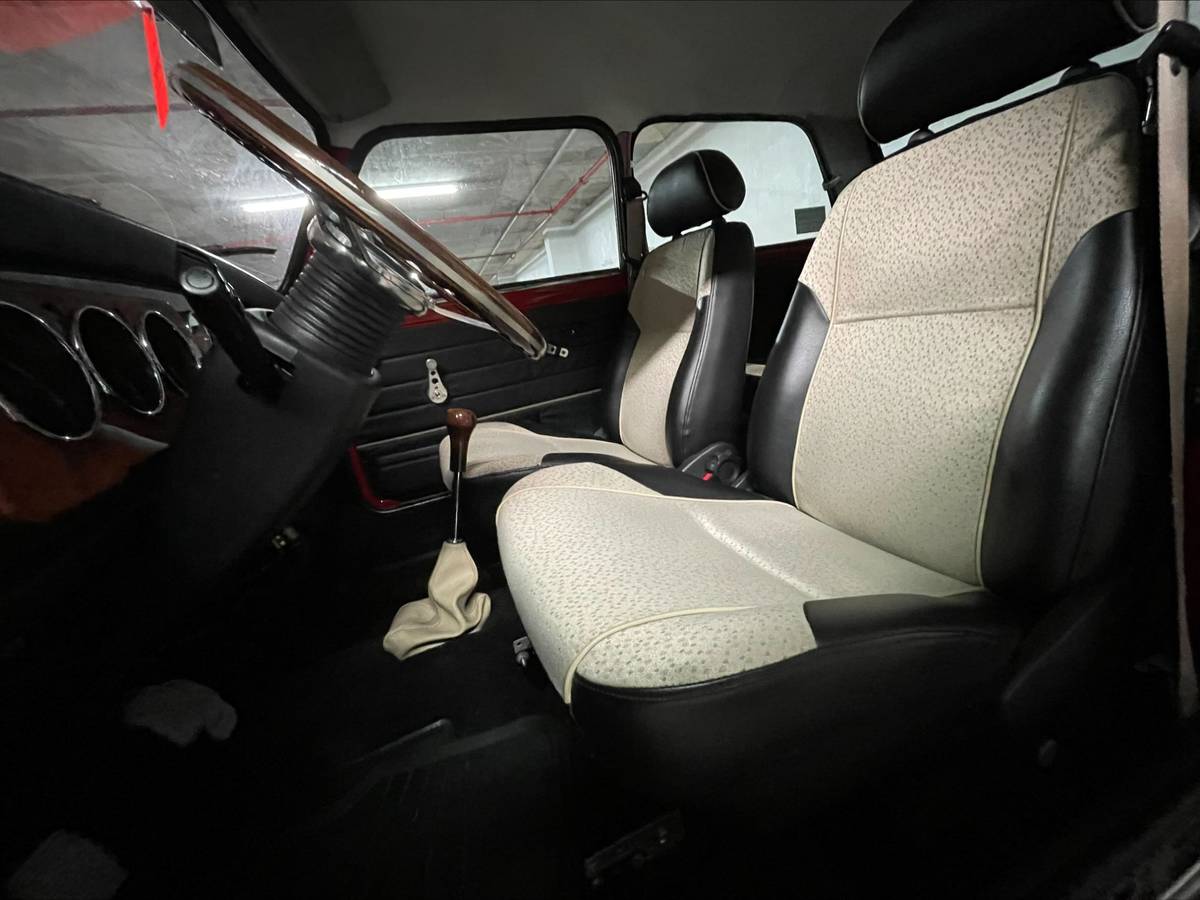 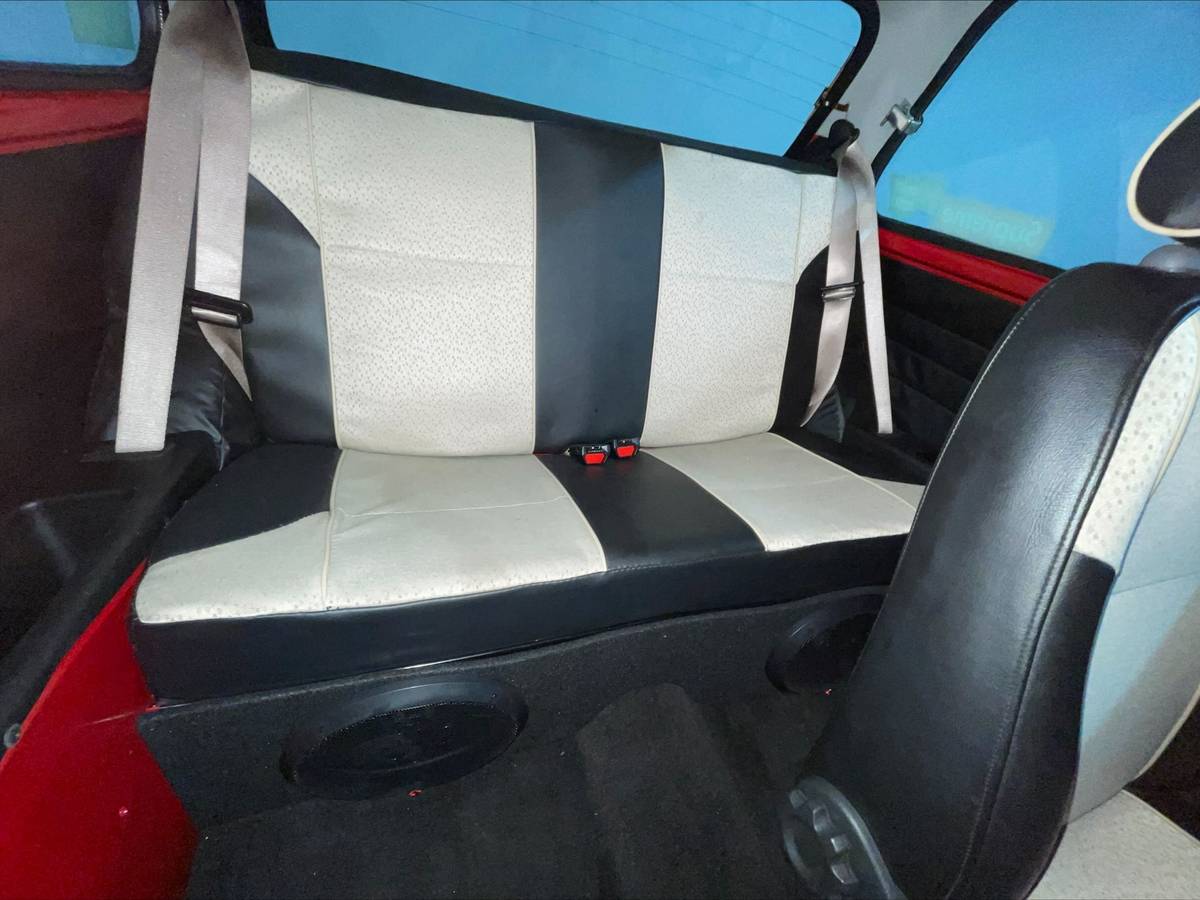 While the original Mini’s production spanned over forty years from 1959 through 2000, U.S. federal safety standards implemented in 1968 prevented legal importation of the cars when new after 1967.  A combination of Gray Market importers capable of “Federalizing” the cars combined with the 25-year exemption rule ensures the U.S. has a small supply of the later Mk IV examples available for sale from time to time.

Equipped with air conditioning, multi-port fuel injection, front disc brakes, and left-hand drive, this 1981 Austin Mini Mk IV originally listed in April 2022 on Craigslist in Miami-Dade, Florida represents a restored version of the final classic Mini generation.  Given its left-hand-drive layout, we suspect this example was originally imported into Canada before finding its way into the U.S.  You’ll need to confirm the history with the seller.  The seller reports their Mini Mk IV is a rust-free restored example featuring fresh paint and a number of go-fast goodies summarized in their detailed description.

Currently offered for $32,000, comparing that price against the Hagerty Insurance Online Valuation Tool confirms the private seller has their Mini priced well above this guide’s #1 “Concours” estimate of $23,100. However, a check of Classic.com, the self-described analytics and search engine of the internet, shows Mk IV Minis changed hands for an average of $14,786 with a high sale of $36,382 part of that mix. Clicking on the green data point of that pricing source confirms several examples sold on Bring a Trailer in the mid-$30s as well.

British Motor Corporation (“BMC”) launched its innovative front-wheel-drive, transverse-mounted engine, Mini in 1959.  Legendary car designer Sia Alec Issigonis designed the original Mini for BMC.  The innovative powertrain allowed 80% of the area of the car’s floorpan to be used for passengers and luggage, a concept that eventually became the dominant design language for the vast majority of modern cars.

Fast-forward to 1976 and British Leyland now owned the Austin brand when it launched the introduced the Mk IV version. Revisions included a front rubber mounted subframe with single tower bolts and the rear frame had some larger bushings introduced, all intended to improve the car’s mechanical refinement and reduce noise levels. Twin column stalks for indicators and wipers were introduced, as were larger foot pedals. From 1977 onwards, the rear light clusters included reversing lights.

Reports of the Mini’s imminent demise surfaced in 1980 with the launch of the Austin Mini-Metro. Faced with competition from a new wave of modern superminis like the Ford Fiesta, Renault 5, and Volkswagen Polo, the Mini was beginning to fall out of favor in many export markets, with the South African, Australian, and New Zealand markets all stopping production around this time. Buyers of small cars now wanted modern and practical designs, usually with a hatchback. The Metro was therefore in essence, the Mini mechanicals repackaged into a larger hatchback bodyshell.  Although the Mini continued to be produced after the Metro’s launch, production volumes were reduced as British Leyland and its successor Rover Group concentrated on the Metro as its key supermini. The original Mini’s last year in the top ten of the UK’s top-selling cars was 1981, as it came ninth and the Metro was fifth.  However, retro enthusiasm kept the original mini production in play until the model year 2000.

The Steveston Motor Company YouTube channel provides this great overview of the classic Mini if you’re considering adding one to your garage:

With its desirable 1275 cc motor and other performance and a host of other upgrades, this 1981 Austin Mini Mk IV looks to be a fun car as long as the notion of piloting such a tiny car on U.S. roads doesn’t intimidate you.

Show or go: What would you do with this 1981 Austin Mini Mk IV?  Please comment below and let us know!