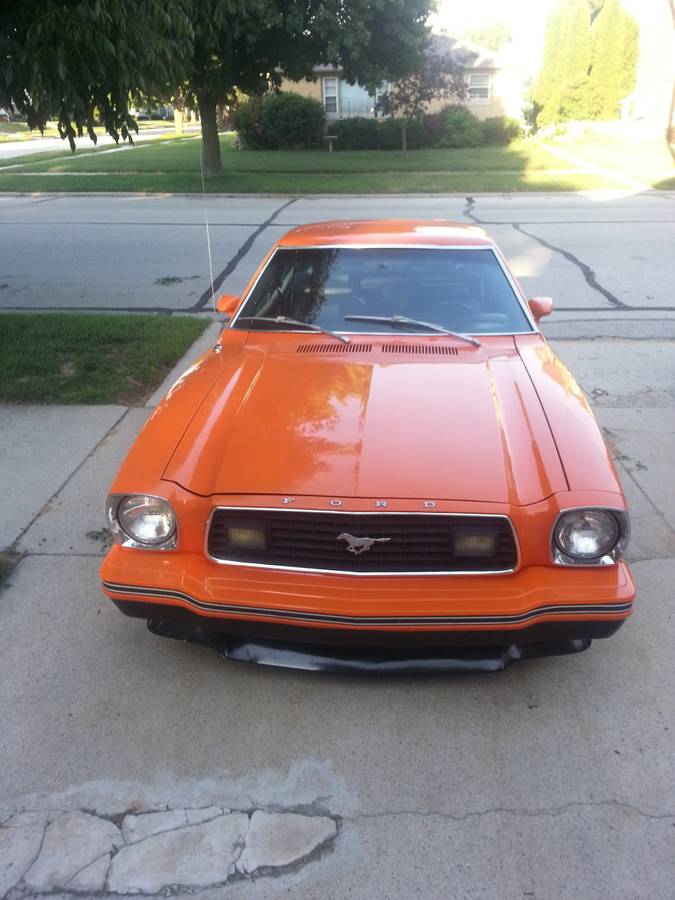 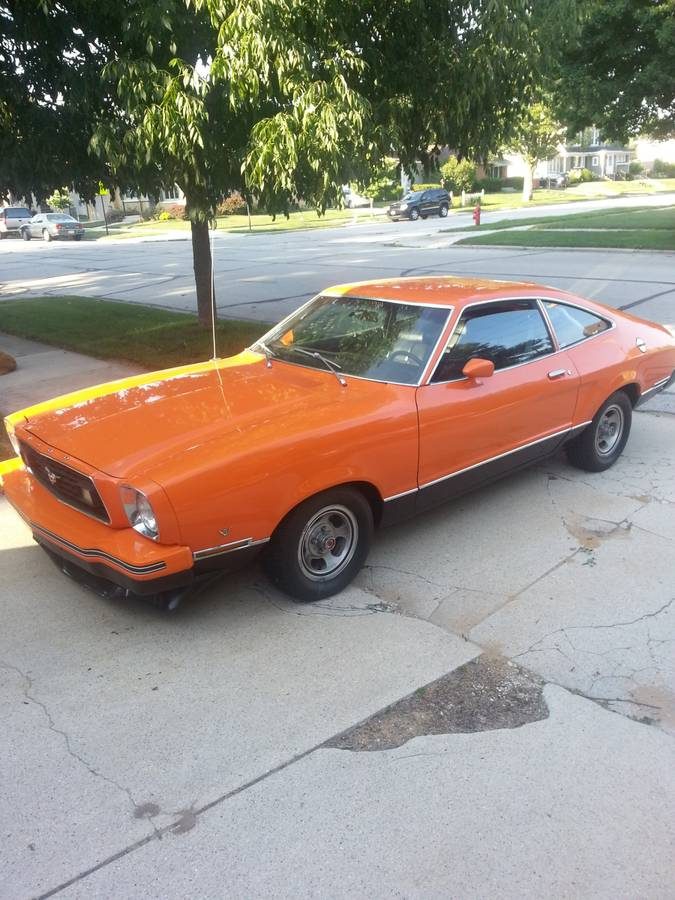 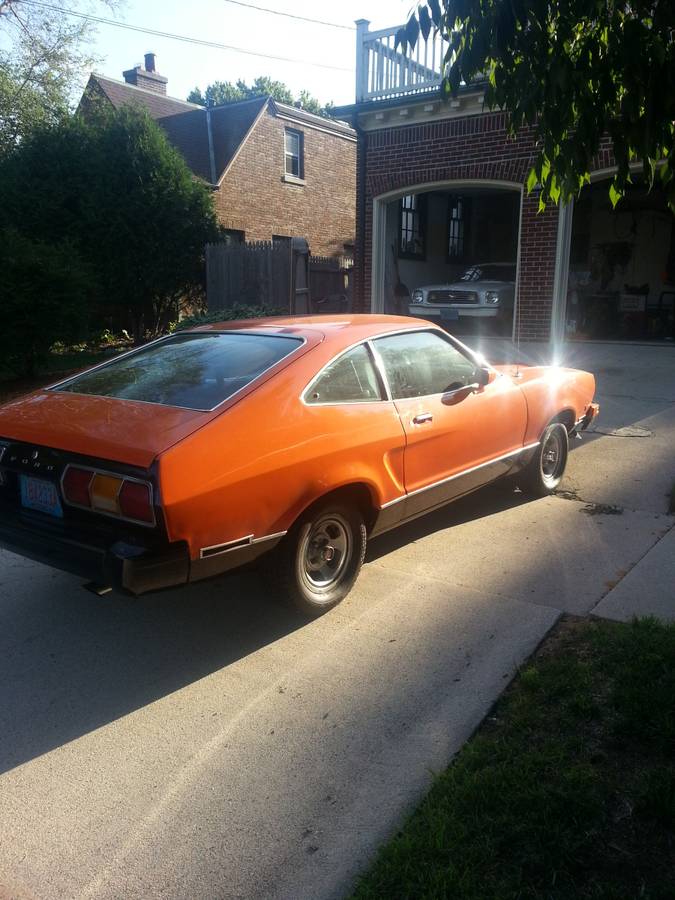 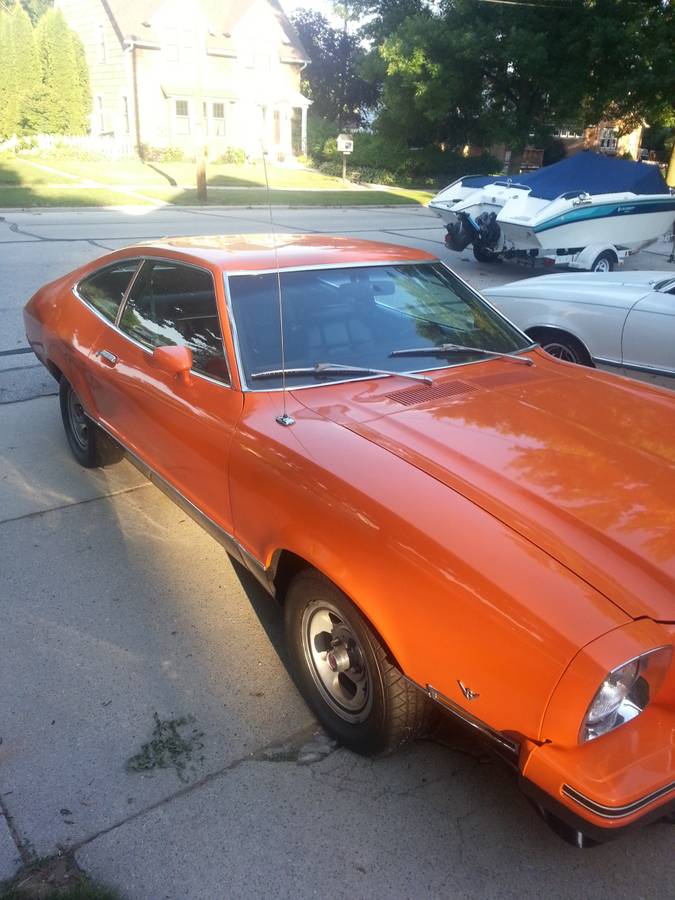 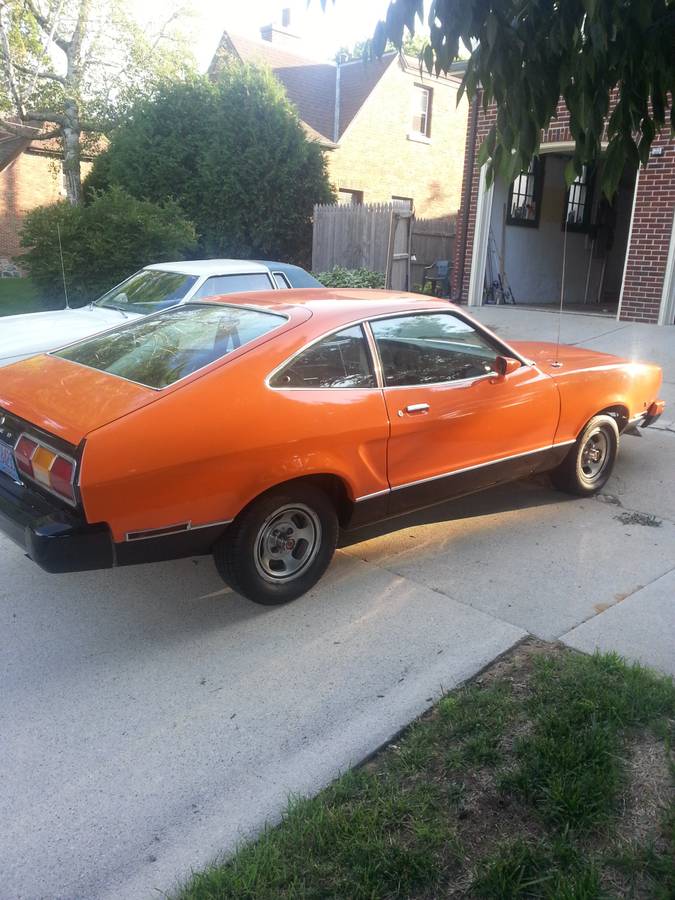 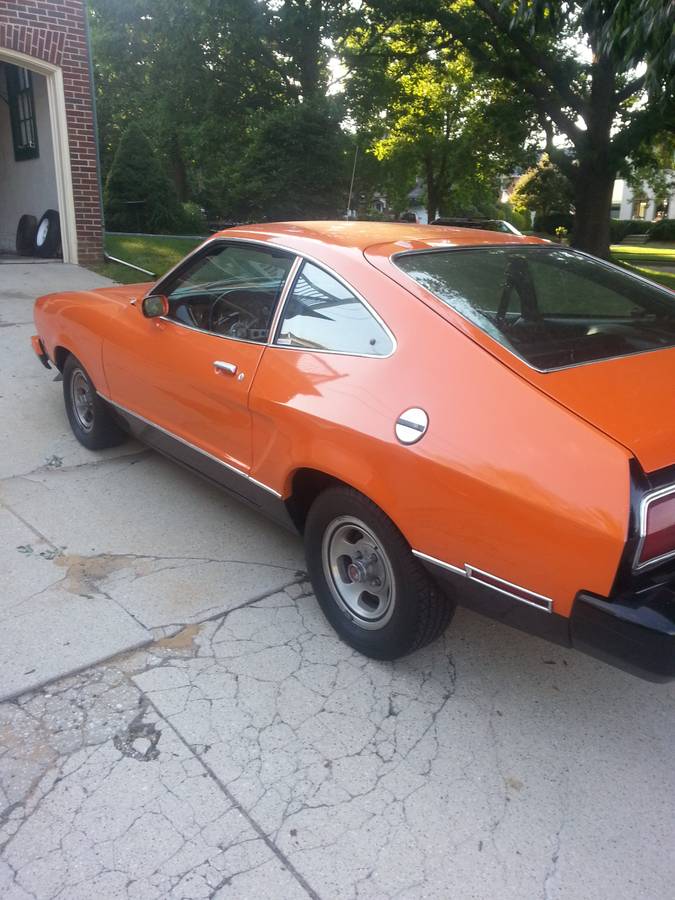 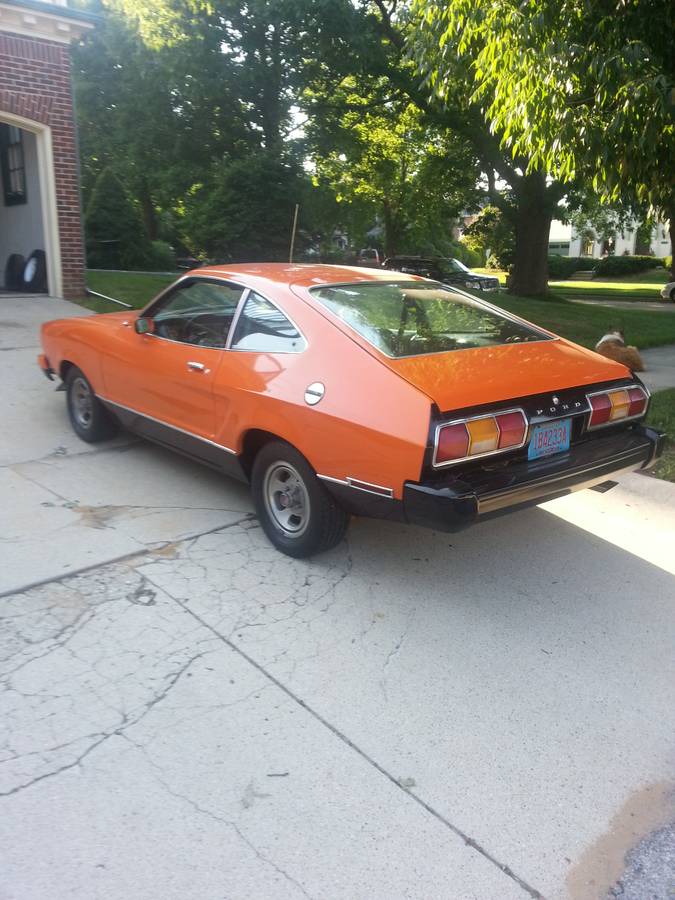 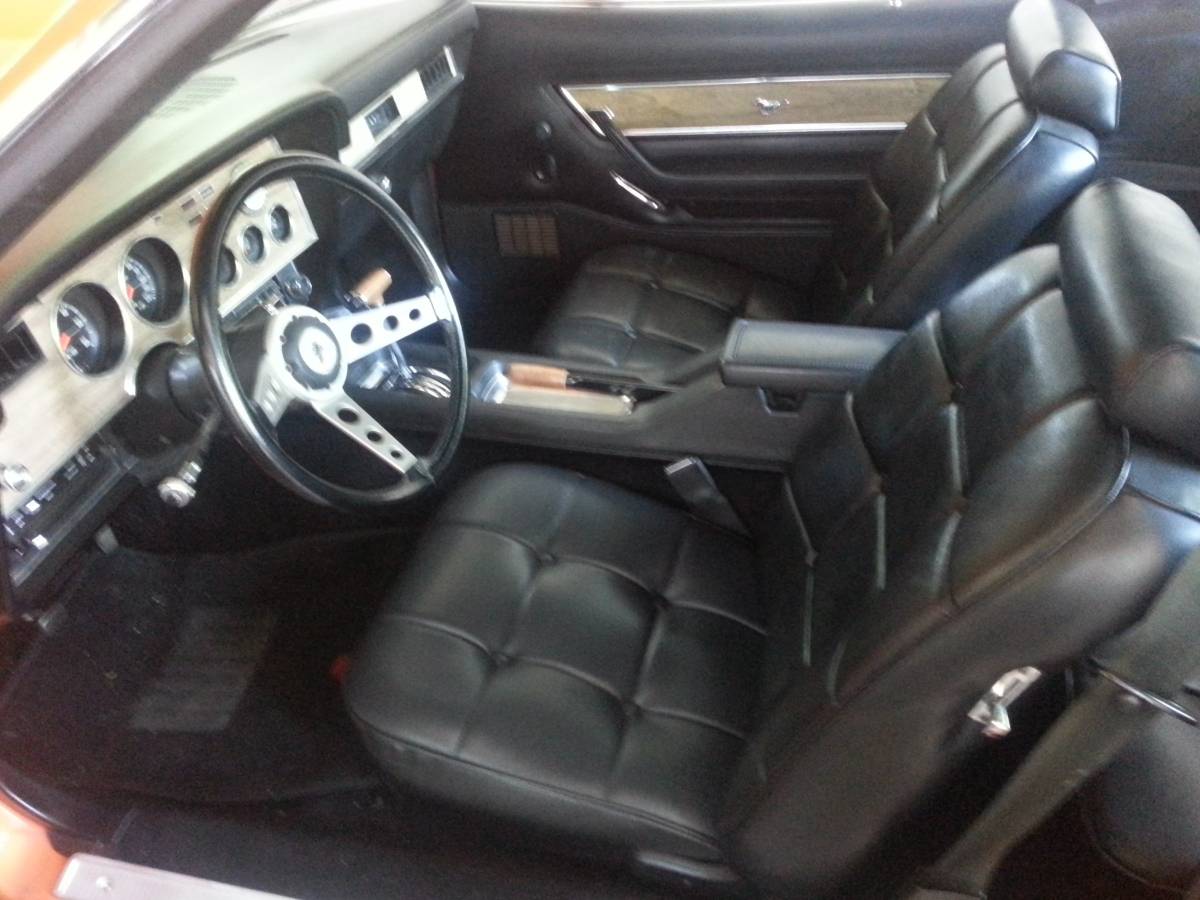 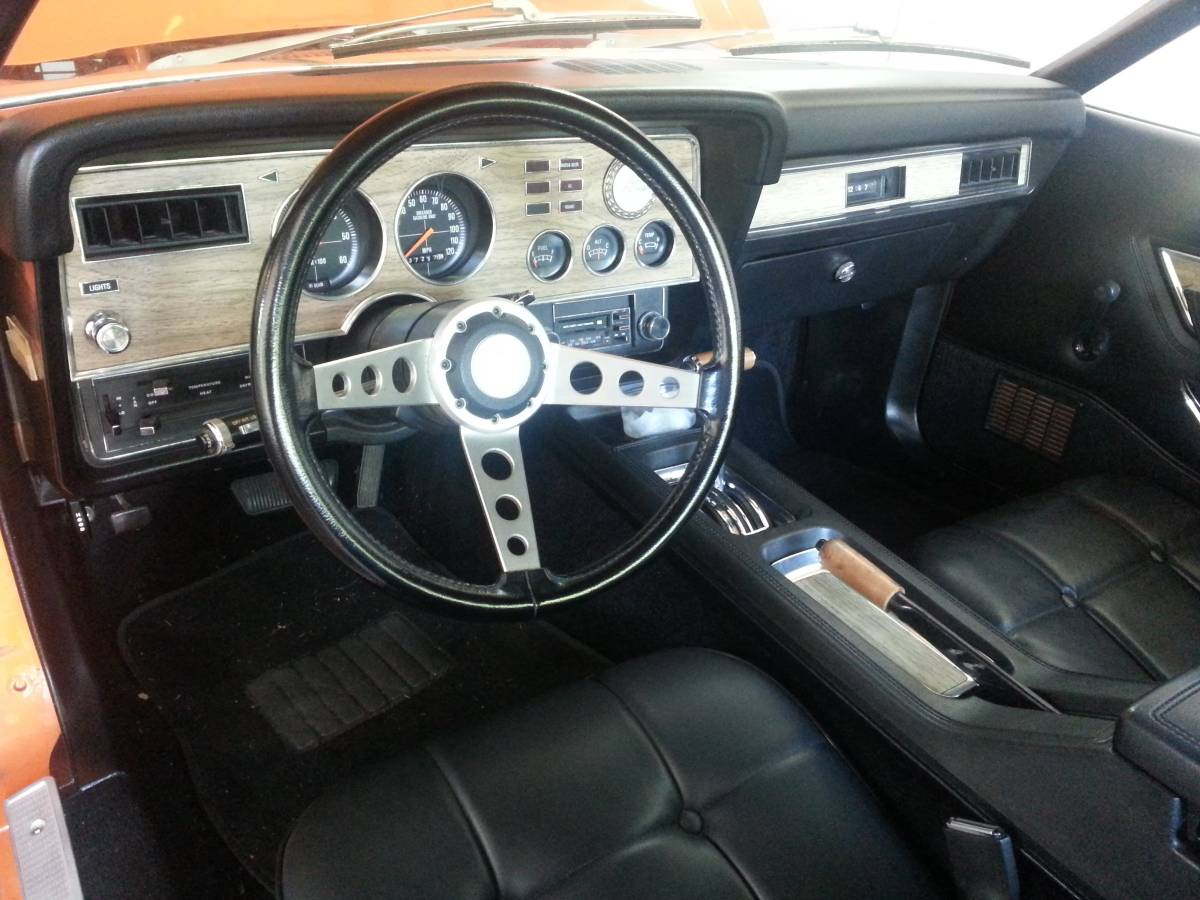 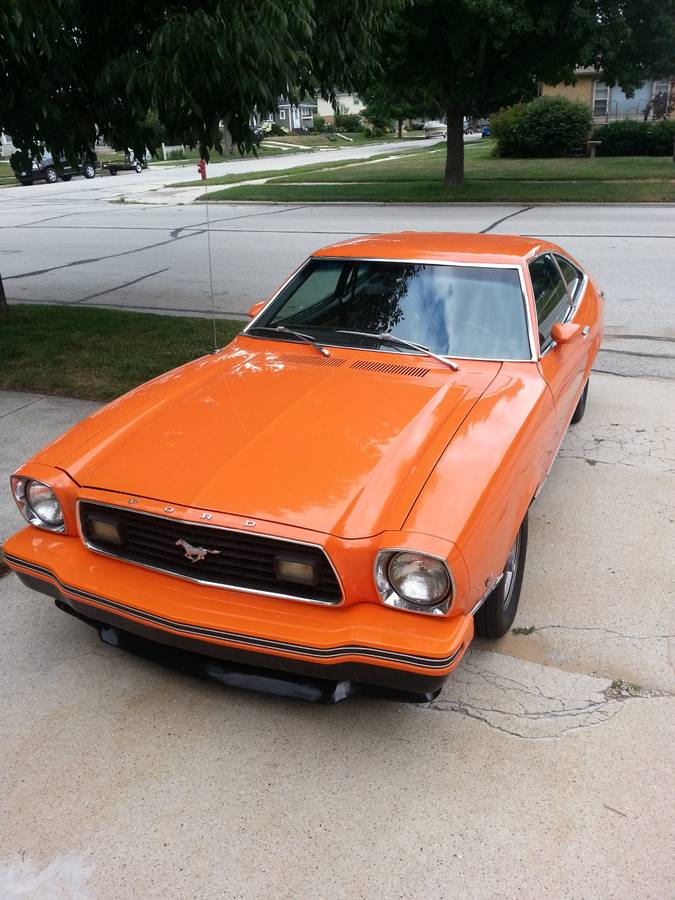 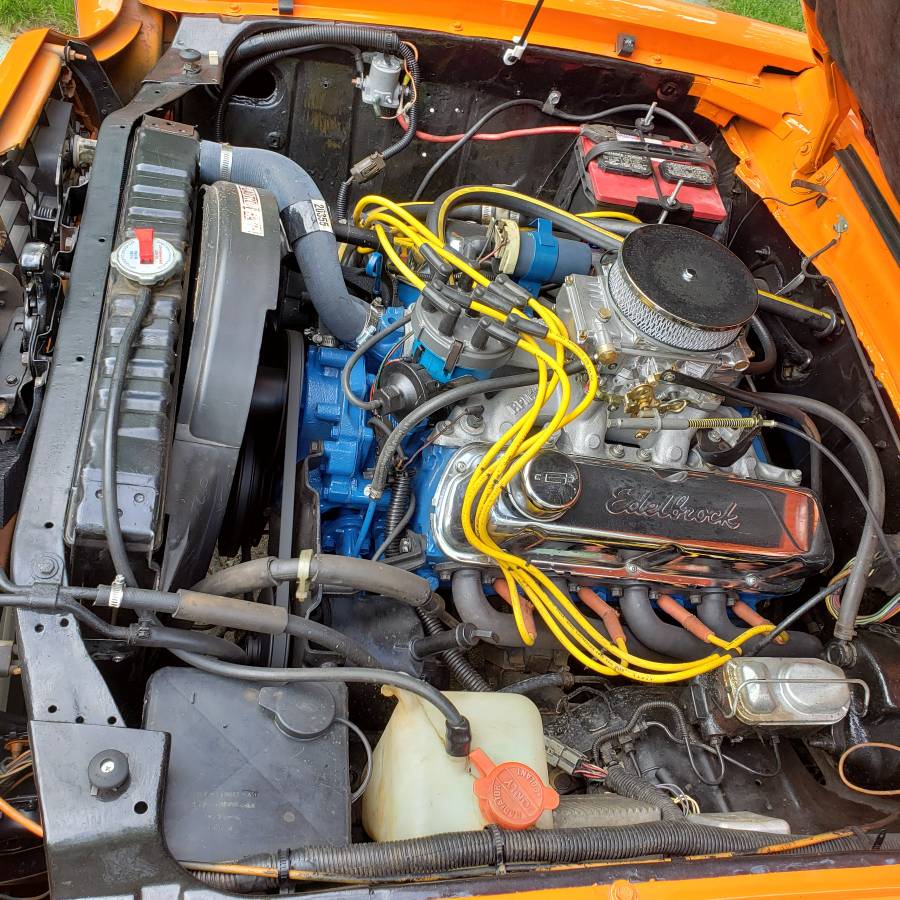 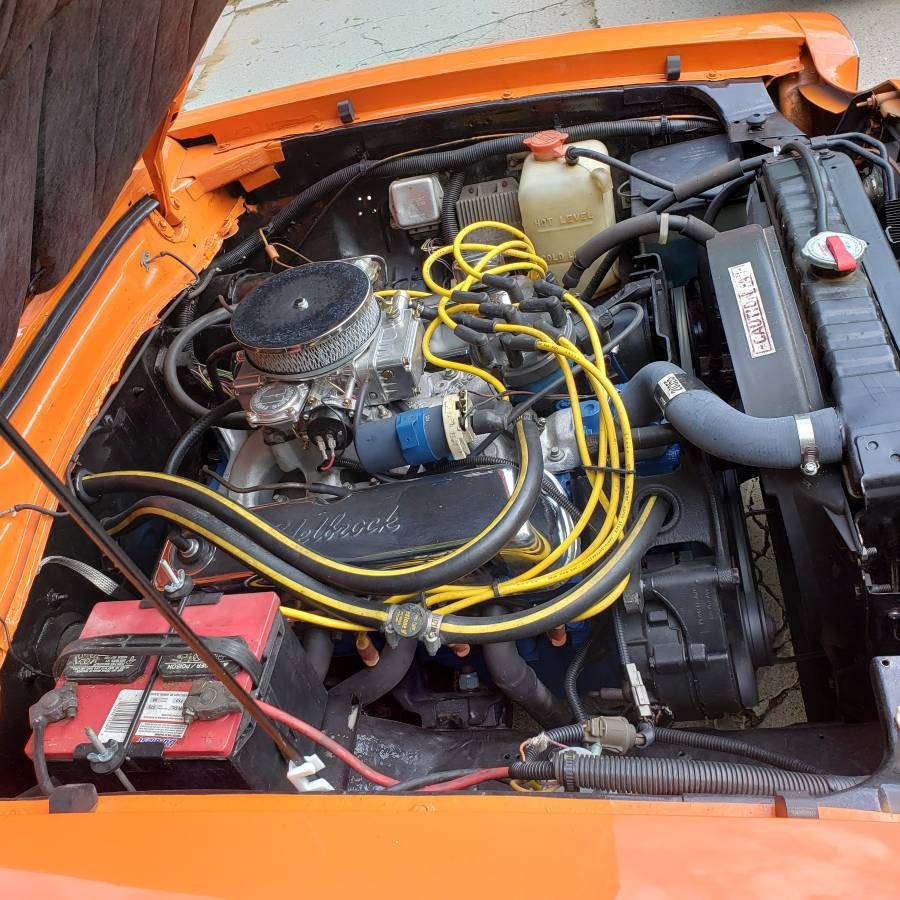 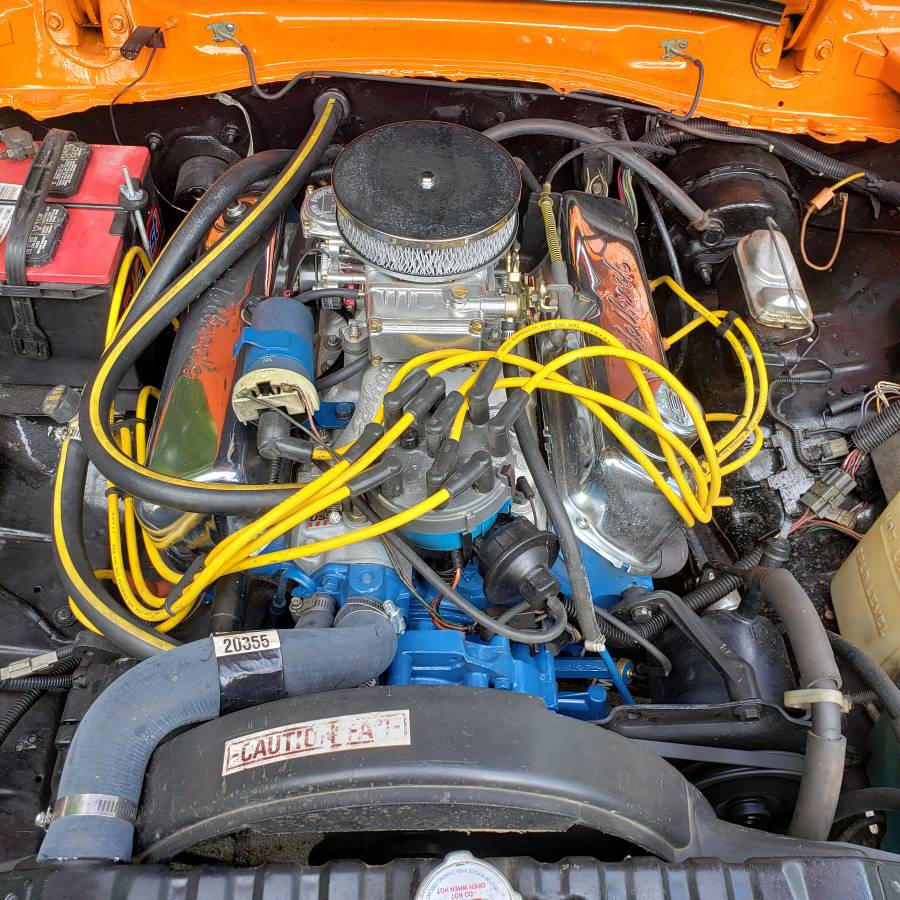 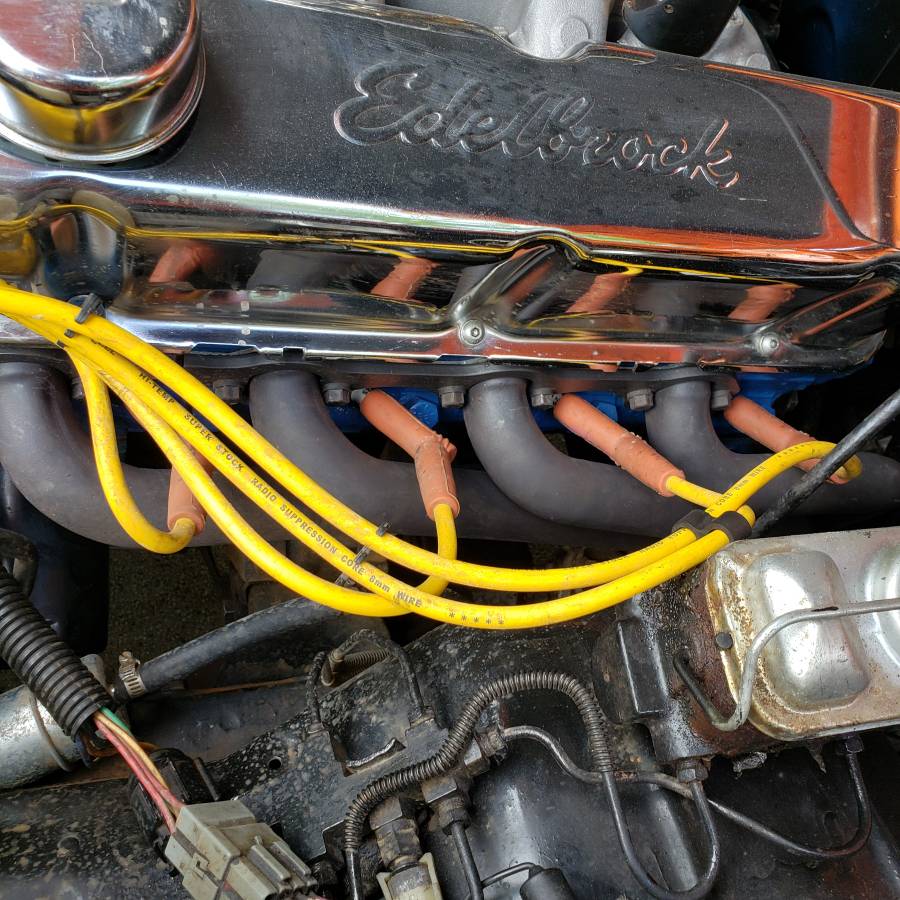 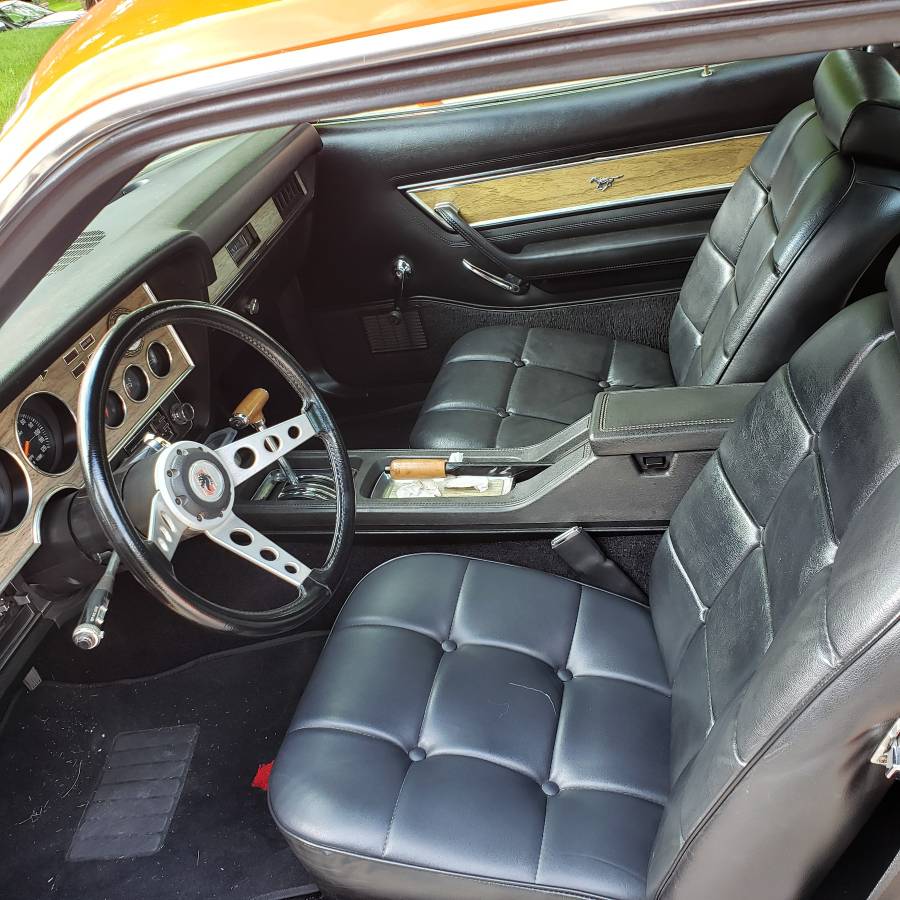 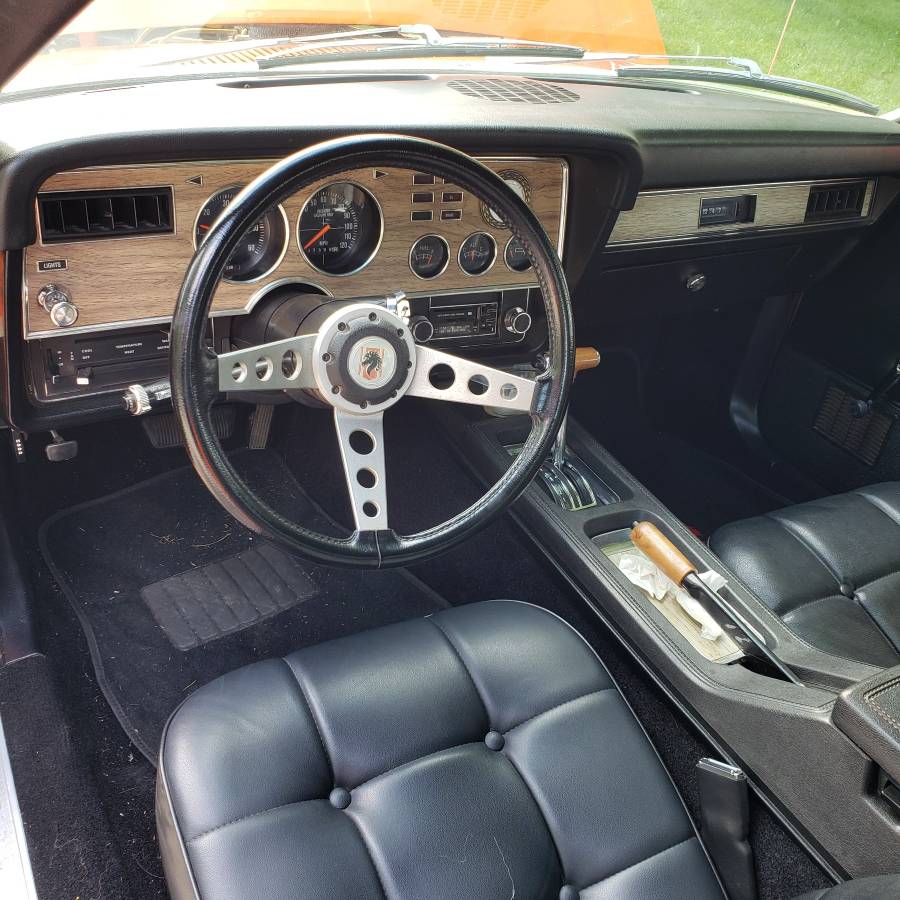 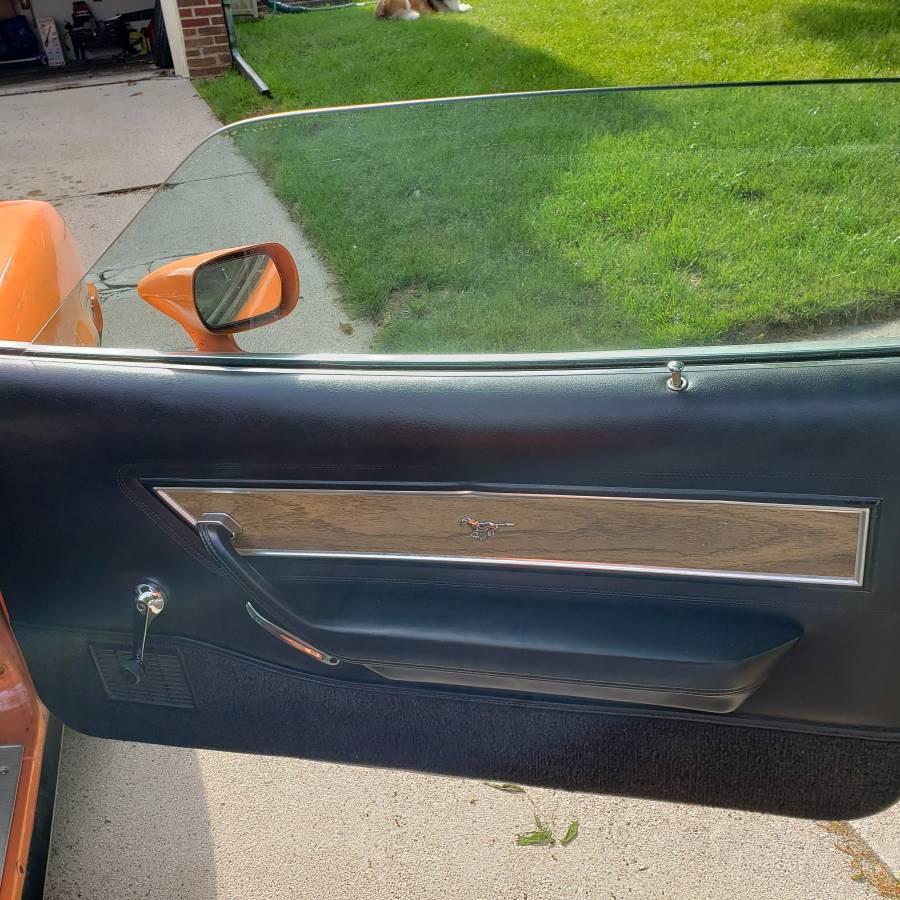 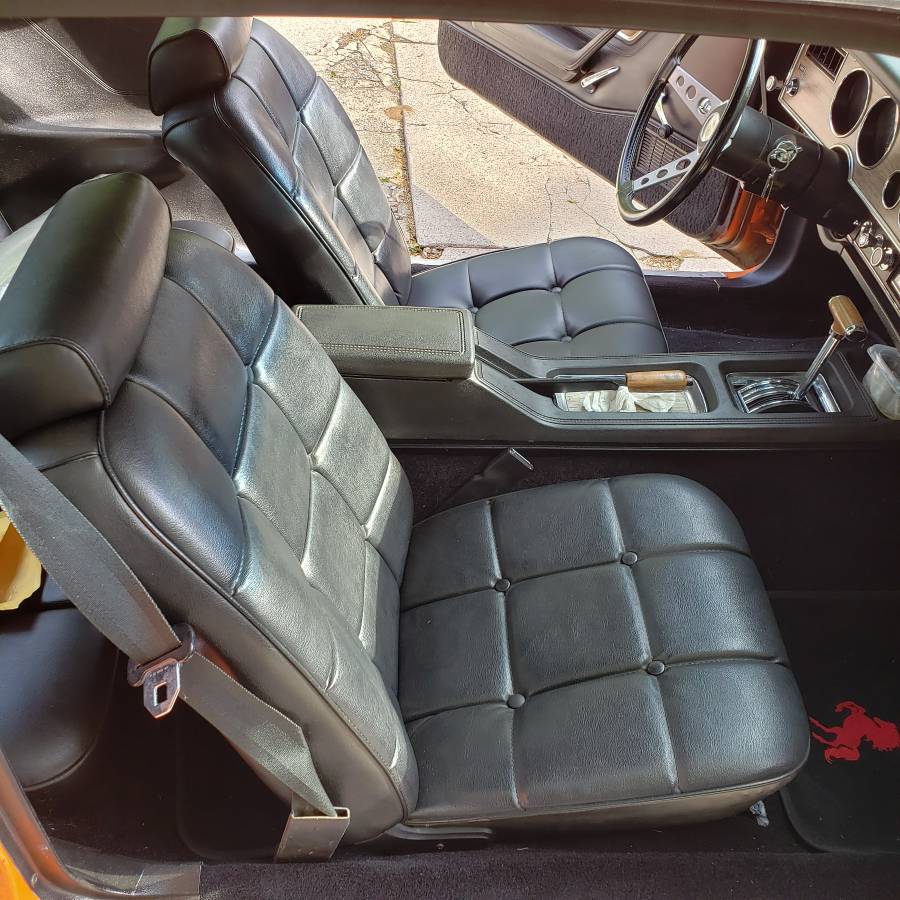 May 9, 2022, Update – We just confirmed the listing for this “Classifind” expired, so with no replacement found we’re assuming this ride “Sold?” While this one got away, please reach out either by email or call us directly if you’d like to be informed when we come across something similar.

One of the cars that symbolize Detroit’s fall from grace during the heart of the Malaise Era is Ford’s Mustang II. Downsized and Pinto-based for 1974, the smaller Mustang II was a sales success despite enthusiasts cringing the car had abandoned its roots. By 1977, Ford tried to capitalize on the Pontiac Trans Am’s growing success by offering a Cobra-themed performance version. This new performance version Mustang II stole the limelight in 1977 from the other performance version, the Mach I.  With less than seven thousand produced, this orange over black, 1977 Ford Mustang II Mach I originally listed in April 2022 on Craigslist in Sheboygan, Wisconsin is a rare treat. Also, a rare treat is the fact this Mustang II the seller has the original engine available in addition to the freshly built V8 engine installed in the car.

Currently offered for $16,500, comparing that price against the Hagerty Insurance Online Valuation Tool confirms the private seller has their Mach I priced between this guide’s #2 “Excellent” estimate of $13,100 and its #1 “Concours” appraisal of $22,500.  As a second data point, the  Collector Car Market Review Online Tool reveals the seller’s ask is nearly four thousand dollars more than this guide’s #1 “Excellent” estimate of $12,600 after factoring in a forty percent premium for the V8.

Ford introduced the downsized Mustang II in the Fall of 1973 as a 1974 model available as a four-passenger, front-engine rear-drive compact. Nearly five hundred pounds lighter and almost 19 inches shorter than the 1973 Mustang, the second generation was derived from Ford’s subcompact Pinto platform using a unique unibody with an isolated front suspension and engine mount subframe while sharing a limited number of chassis and driveline components. The steering was improved from the previous generation by using a rack-and-pinion design. Body styles included a two-door coupe and a three-door hatchback that replaced the prior model’s fastback roofline. Ford never produced a Mustang II convertible; the closest version that came to it was a glass T-Top option for 1977.

When the Mustang II launched in 1974, Ford marketers continued to offer a Mach I version. Ironically, even though Mach I’s first came fitted with a 105 horsepower 2.8 Liter V6,  it outsold the Mach 1 models of the previous four years. Ford appeased the Mustang faithful one year later when it stuffed a 140 horsepower, 240 foot-pounds of torque, 302 cubic inch “Windsor” small block V8 into the car, giving the Pinto platform a notable performance boost.

The Mach 1 remained mostly unchanged in 1976, as a new performance model – the Cobra II – was introduced alongside. 1977 proved to be the weakest sales year of the Mach 1 to date, selling only 6,719 units. The nameplate remained through 1978. Ford discontinued the Mach I name when it launched the third-generation “Fox-Body” Mustang in 1979. It took Ford marketers 24 years, but they relaunched the Mach I name, complete with a shaker hood scoop and a potent 5.0L V8 for 2003.

The Classic Car Channel on YouTube provides this 1977 Ford Mustang II Cobra commercial that proves Ford put it’s advertising dollars on this version over the Mach I in 1977:

Pictures of a seller’s garage can often tell you a lot.  The fact this seller has a second Mustang II parked in it reveals they are big fans of the second-generation pony car.  We can’t predict whether the values of Mustang II will ever get more respect than they are today, so it might make sense for buyers to negotiate the original engine as part of the deal.

“Rare, vintage, and one of the ‘Lost Ponies’. 1977 Mustang II Mach 1 for sale; the engine in the picture has less than 150 miles and I also have the original engine that goes with the car; the car has been gone through from top to bottom, has the original tags, and call for information; Serious inquiries only and orange is the original color; cash only with reasonable offers accepted. We are downsizing and would like to sell the car to the right buyer.”

Do you have a Ford Mustang II story to share?  If so, comment below and let us know!