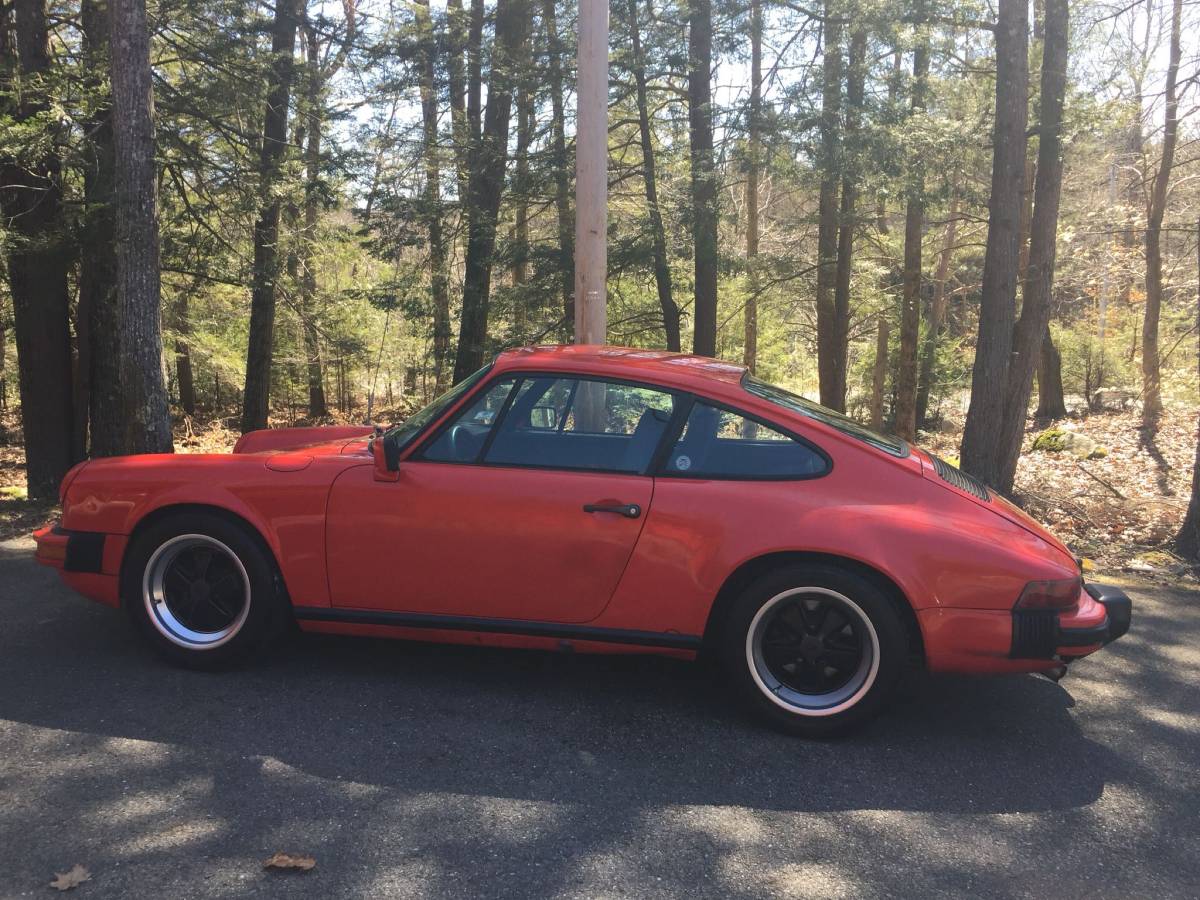 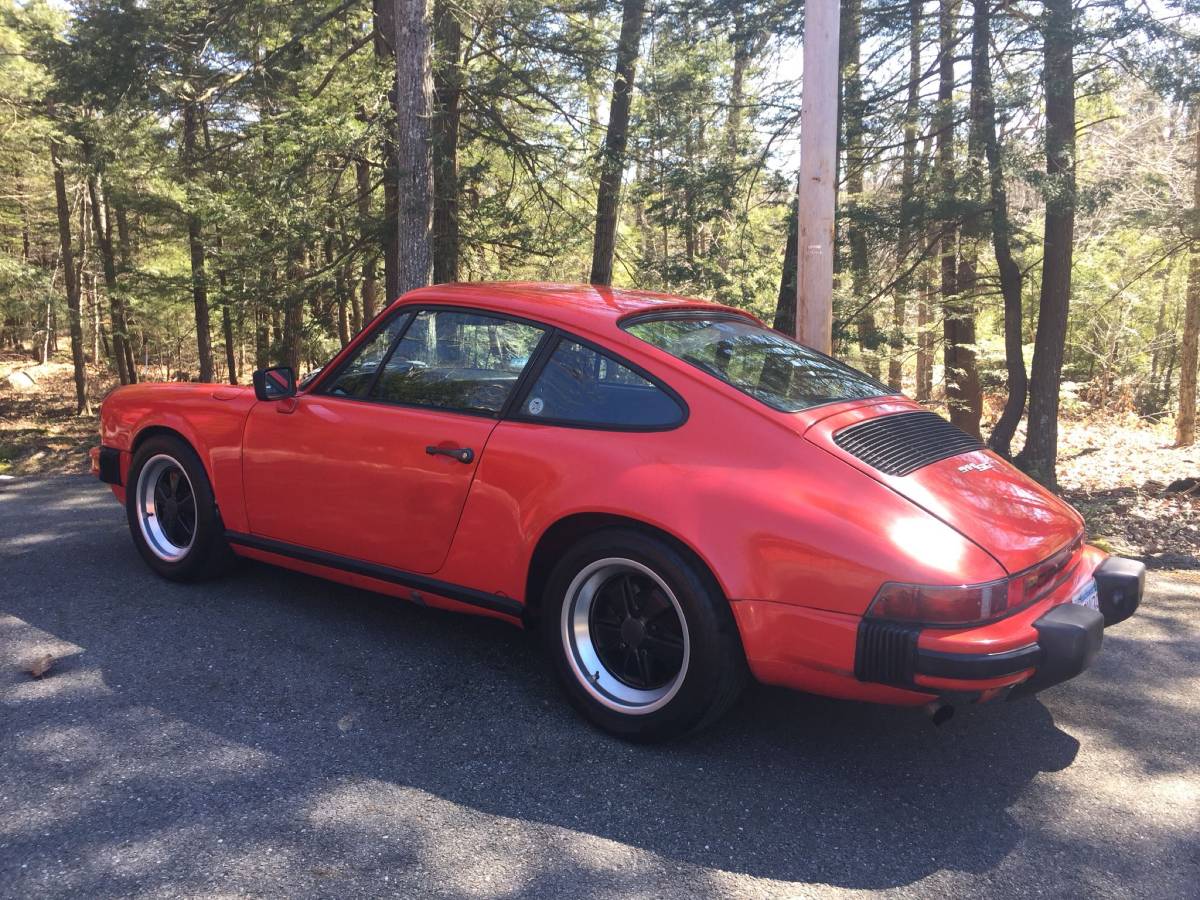 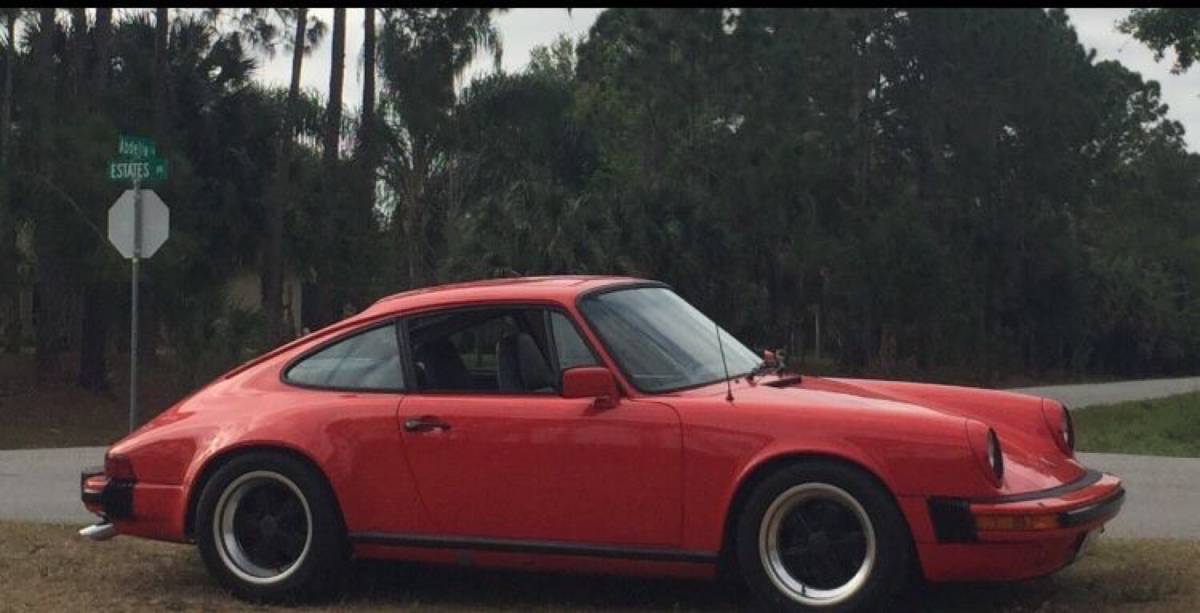 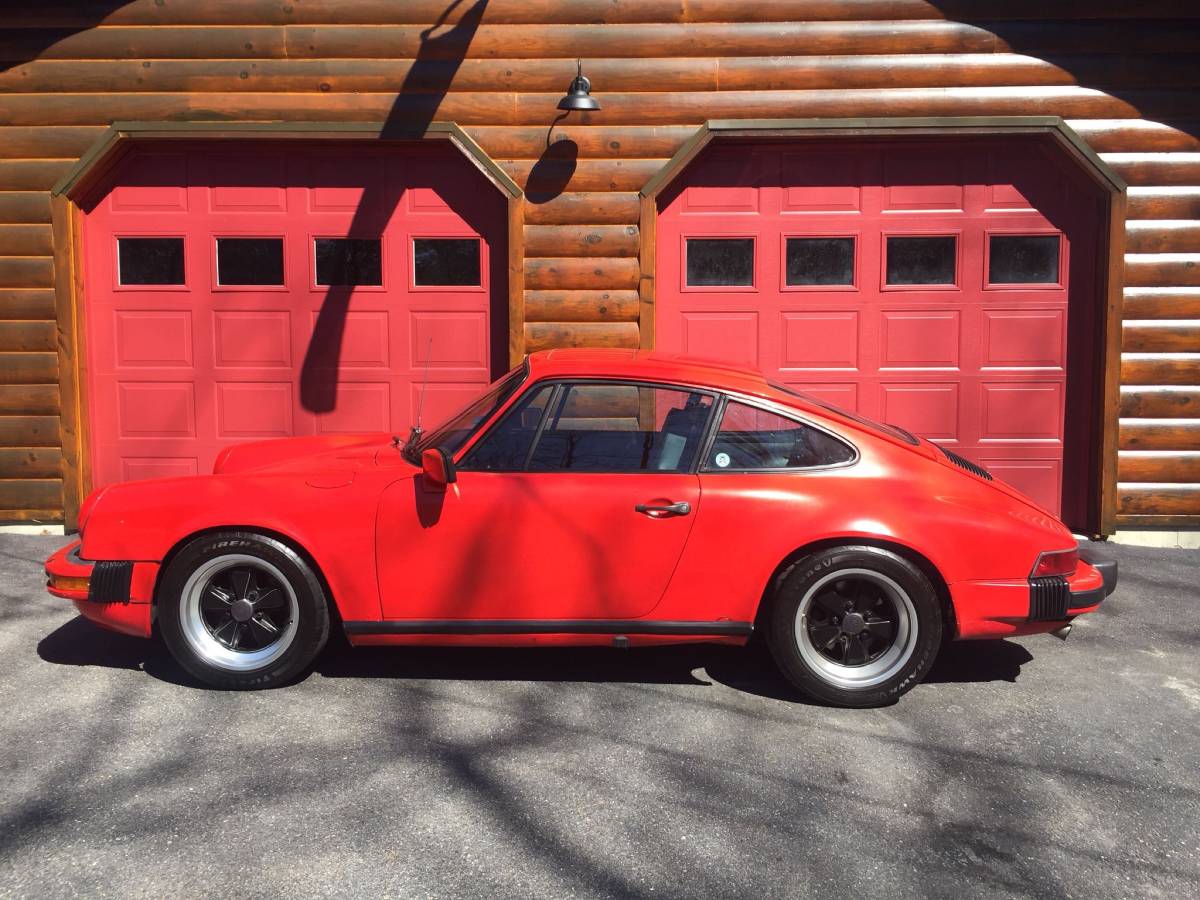 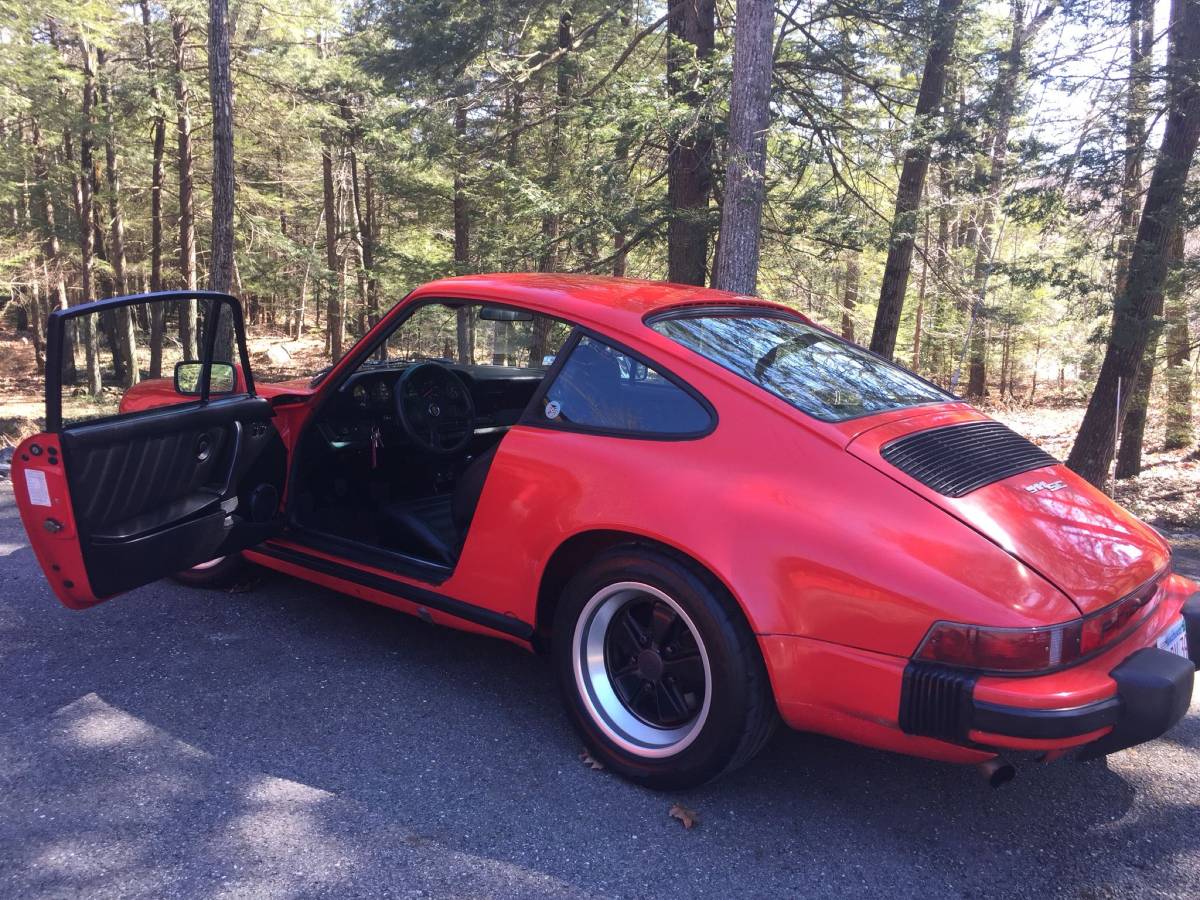 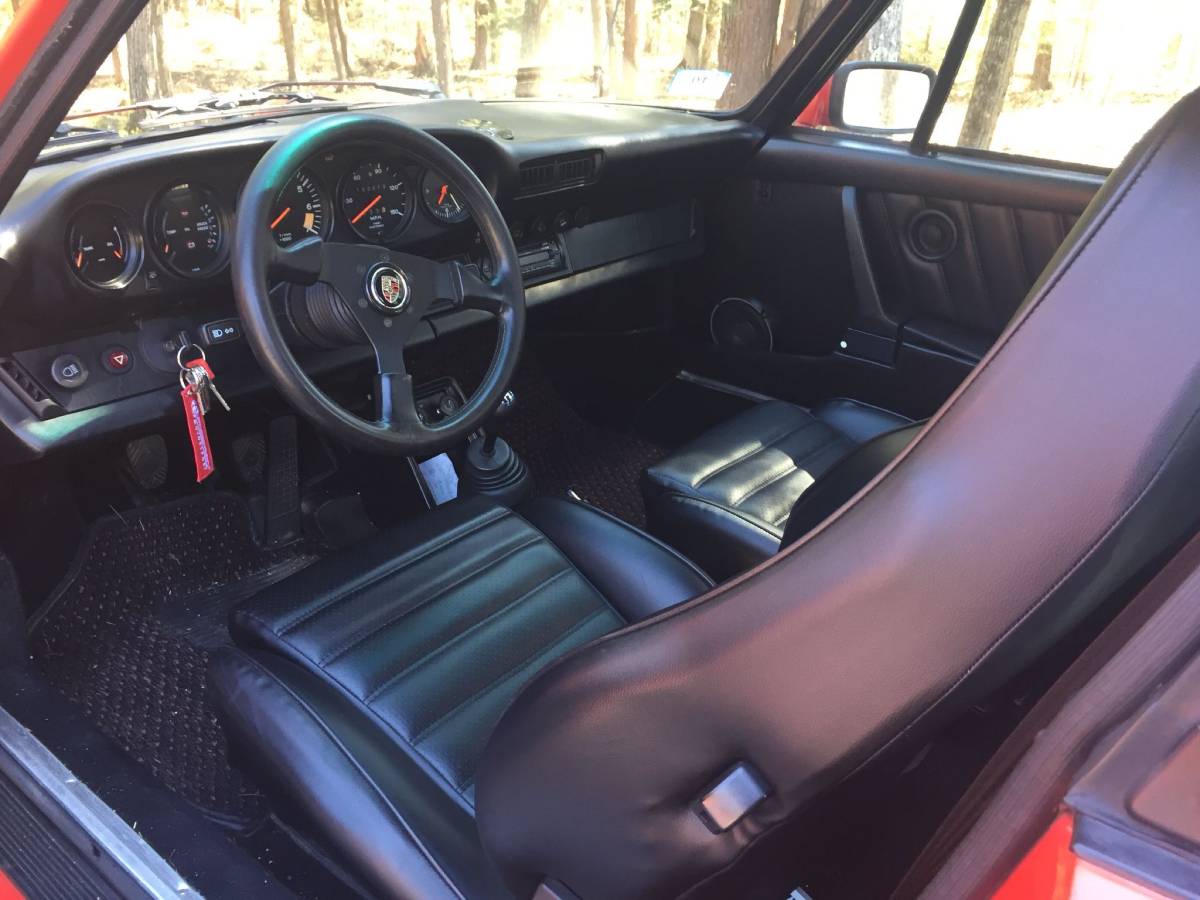 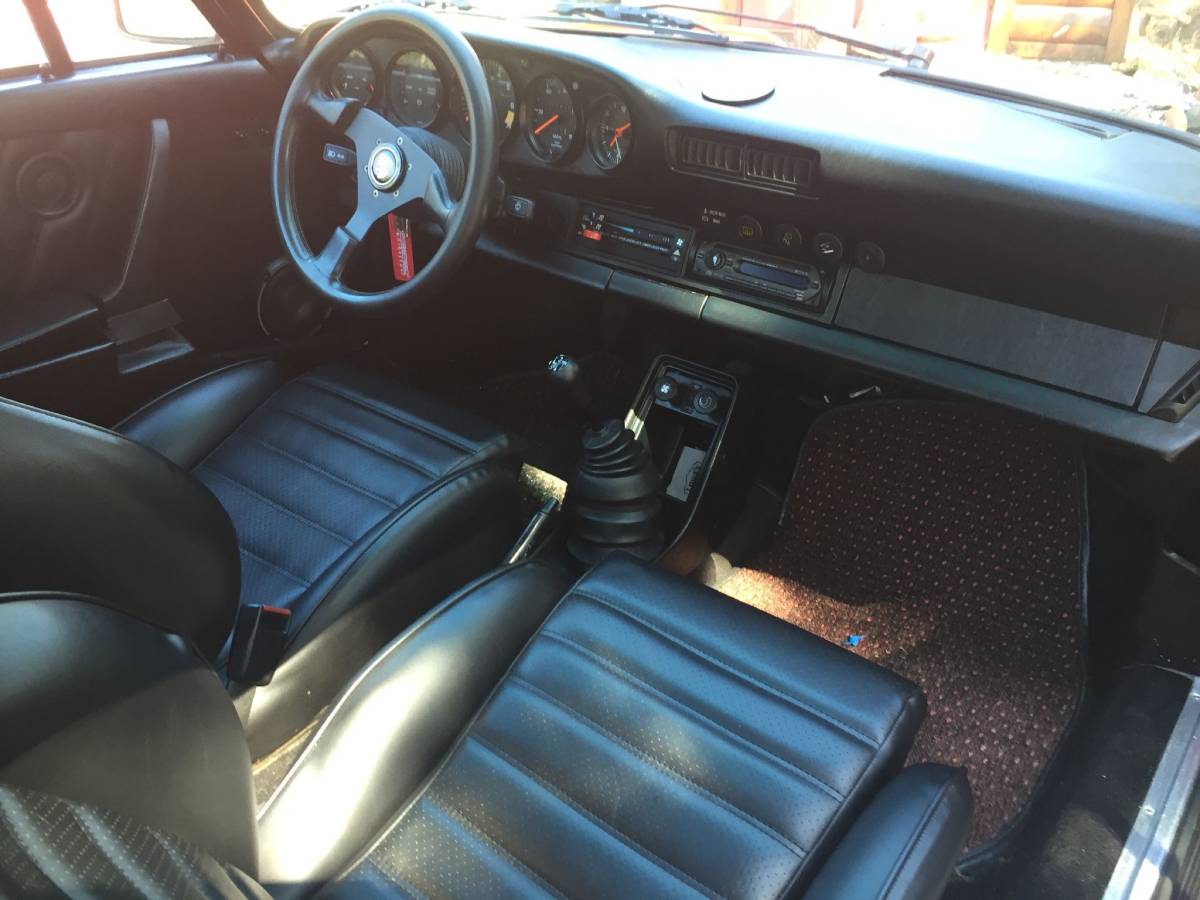 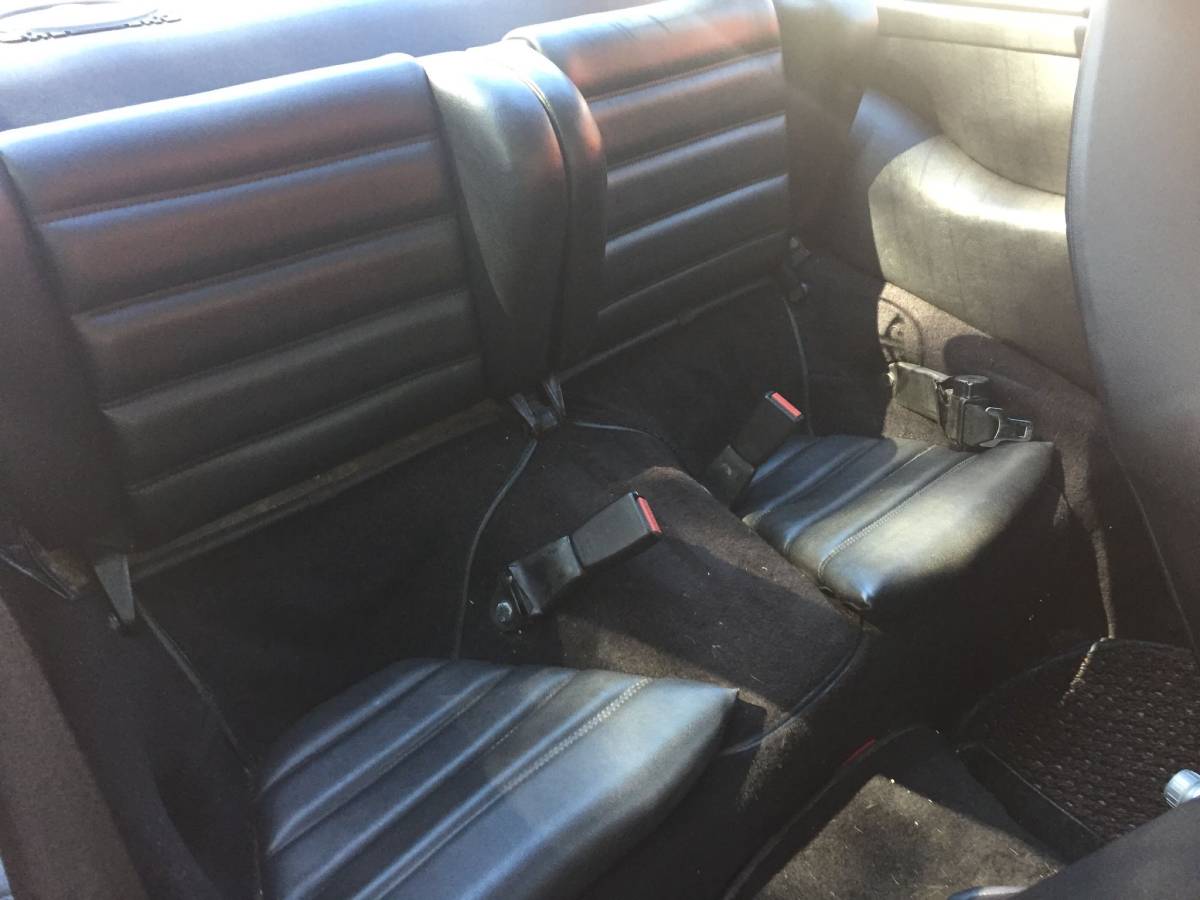 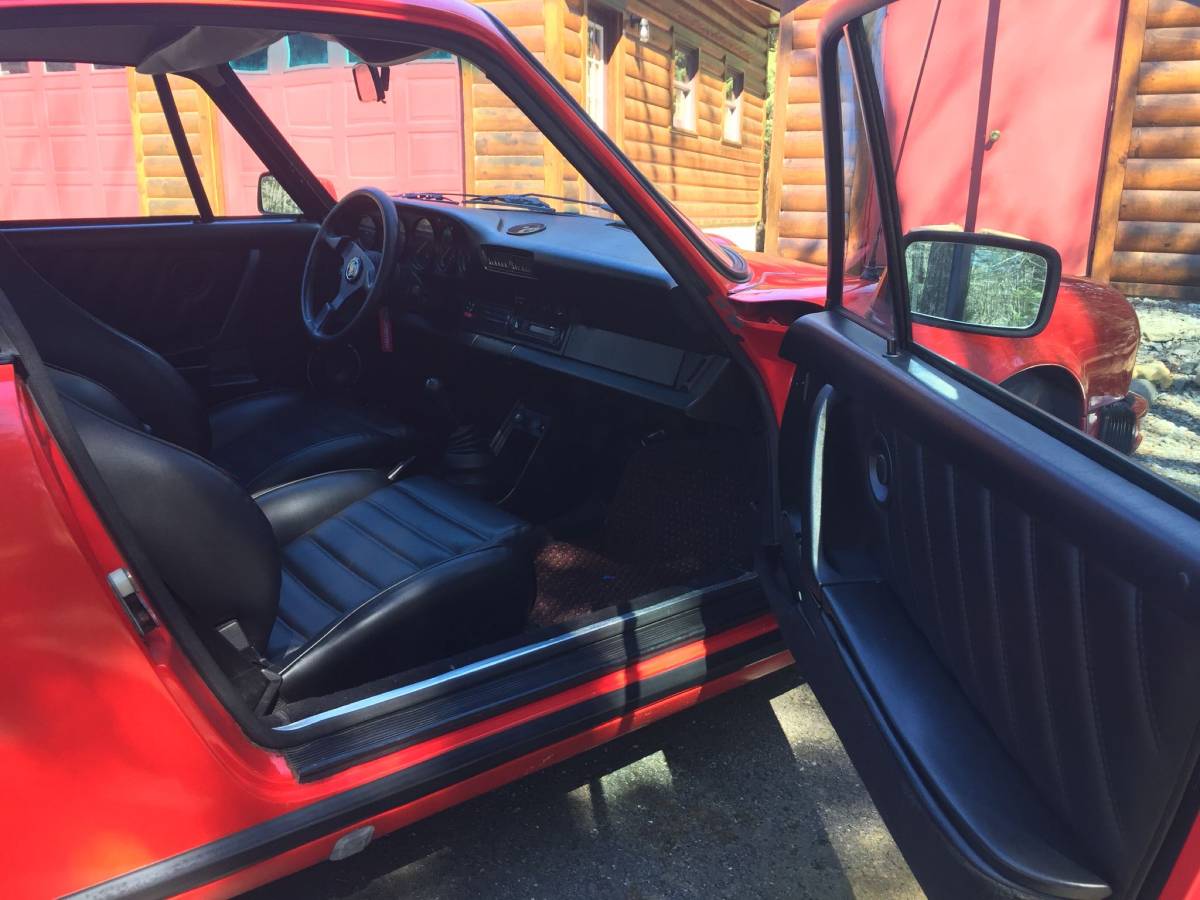 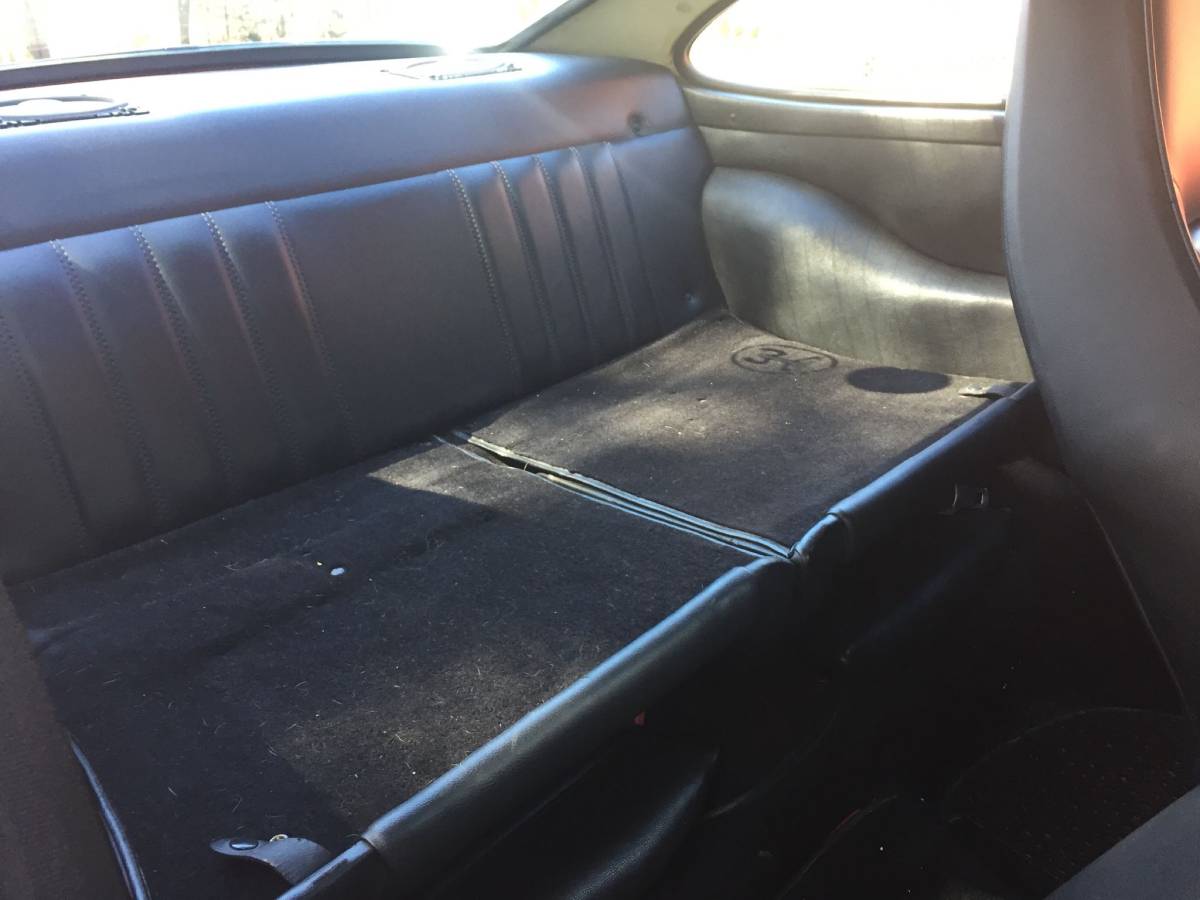 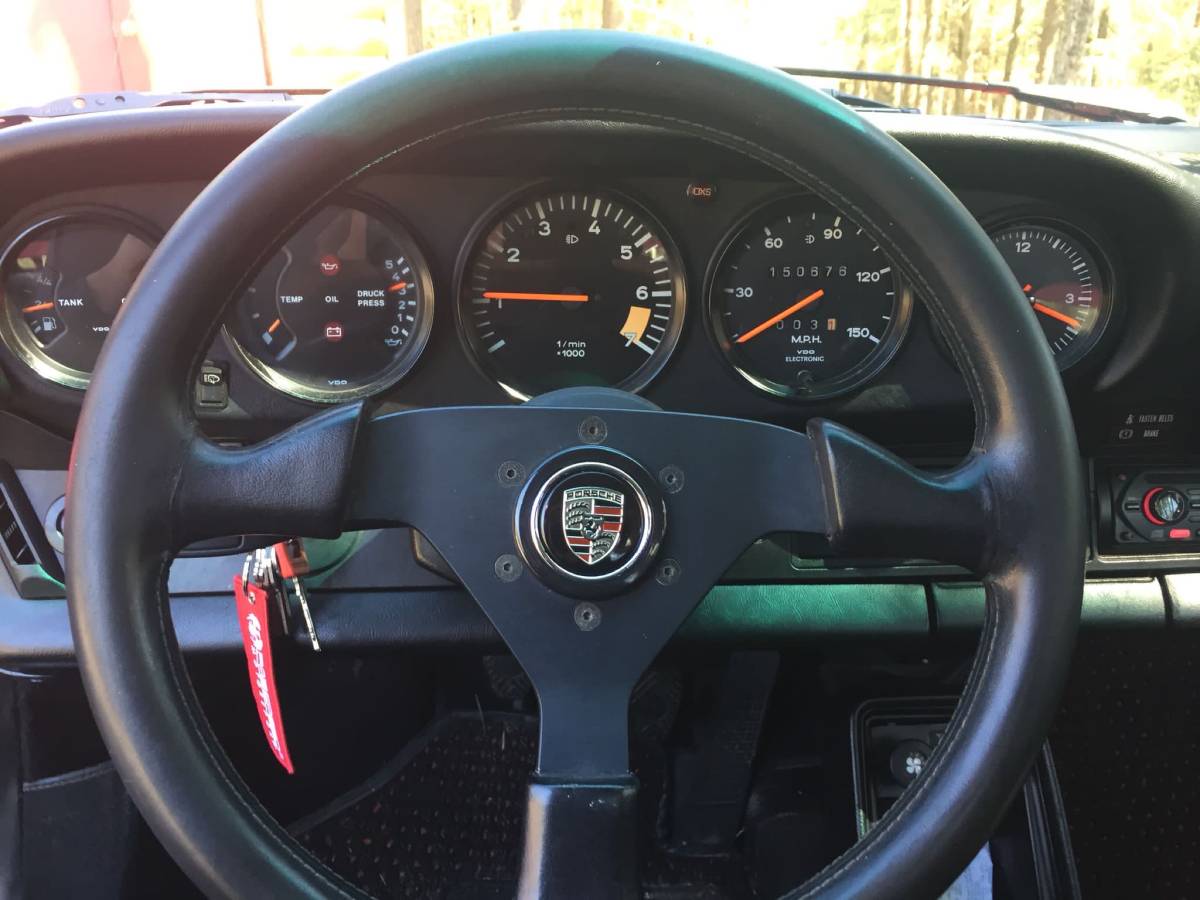 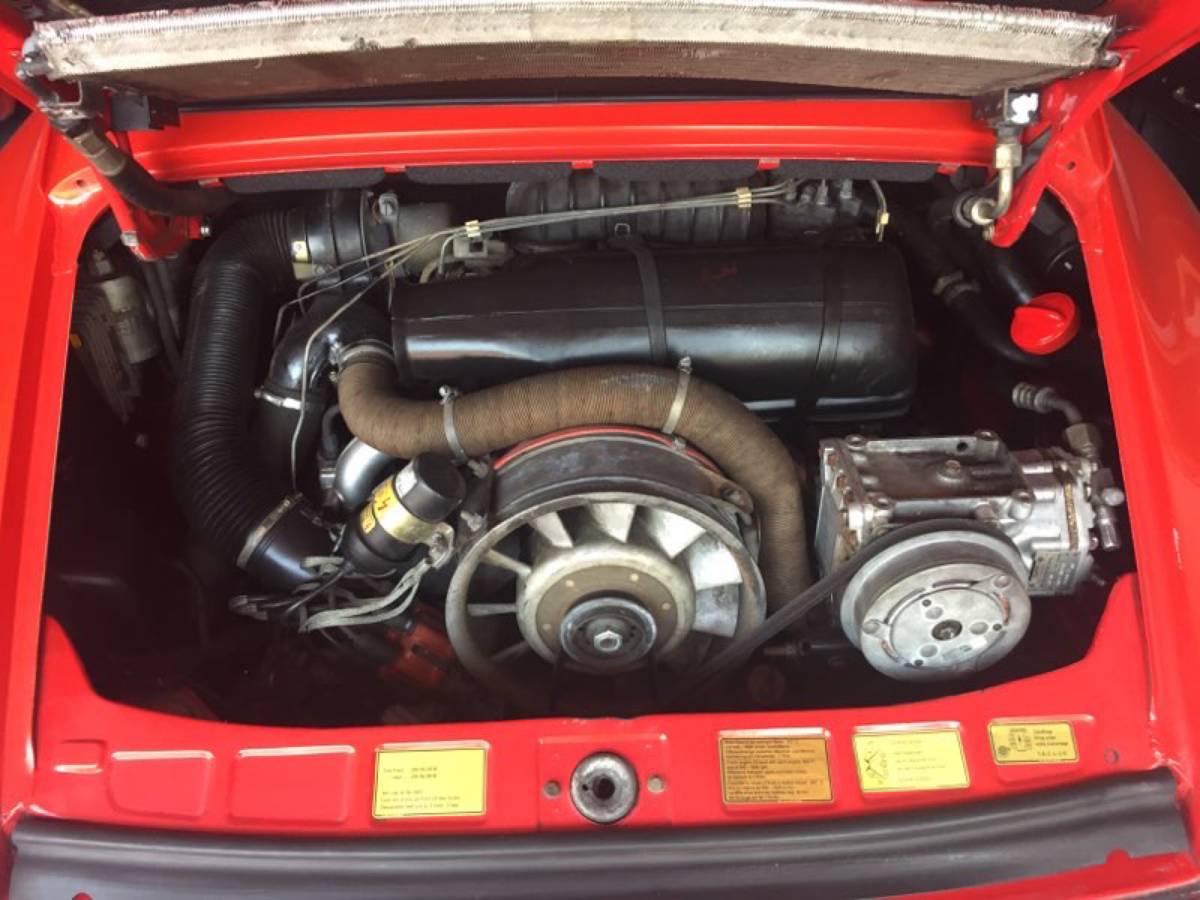 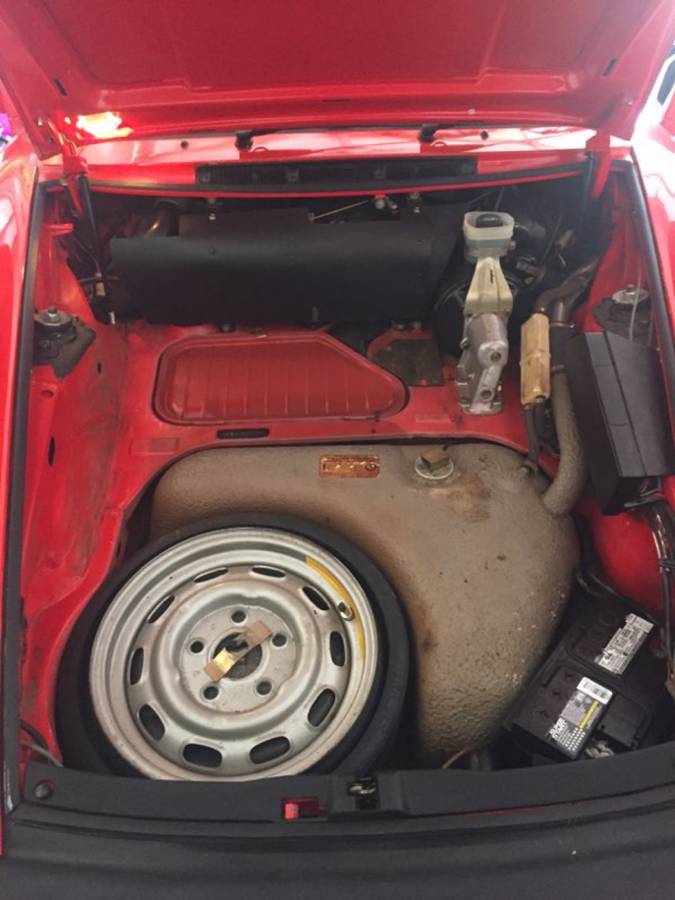 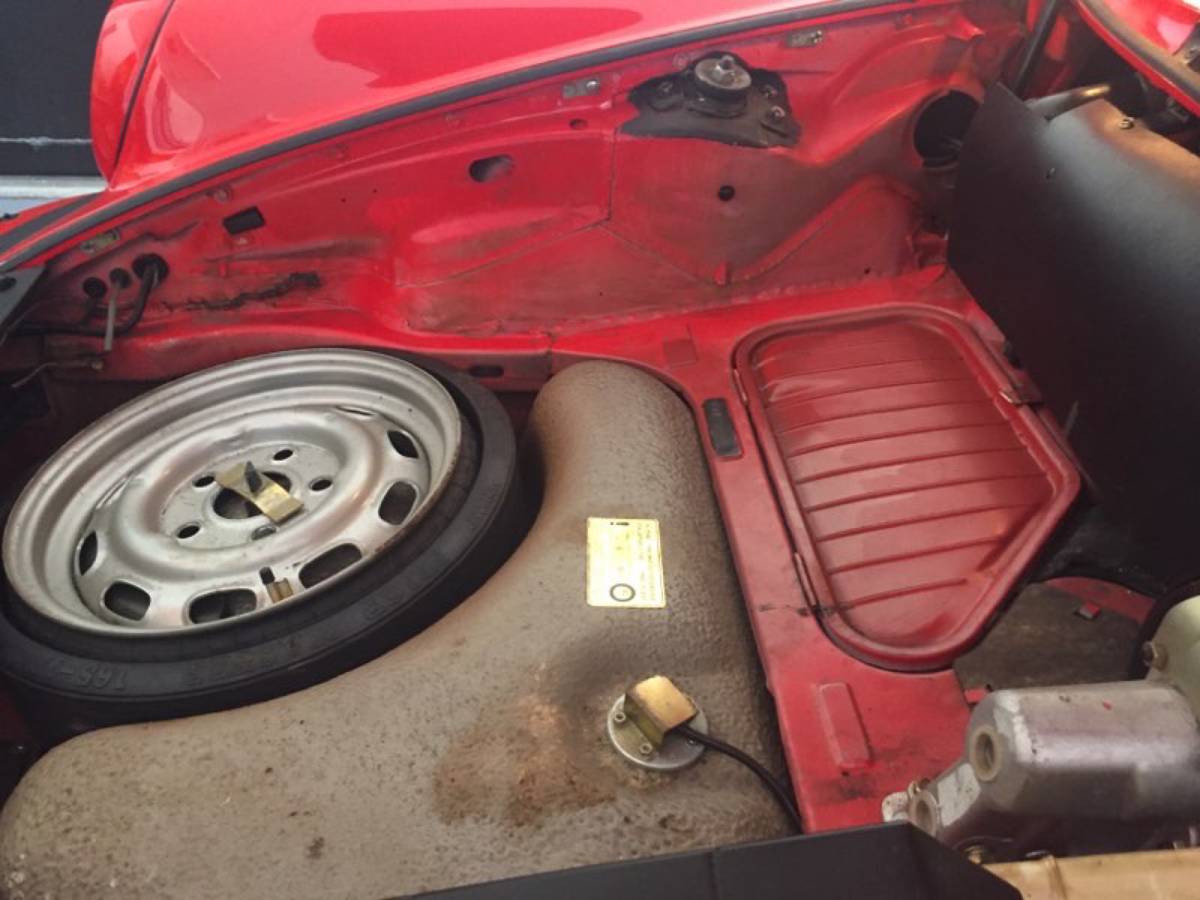 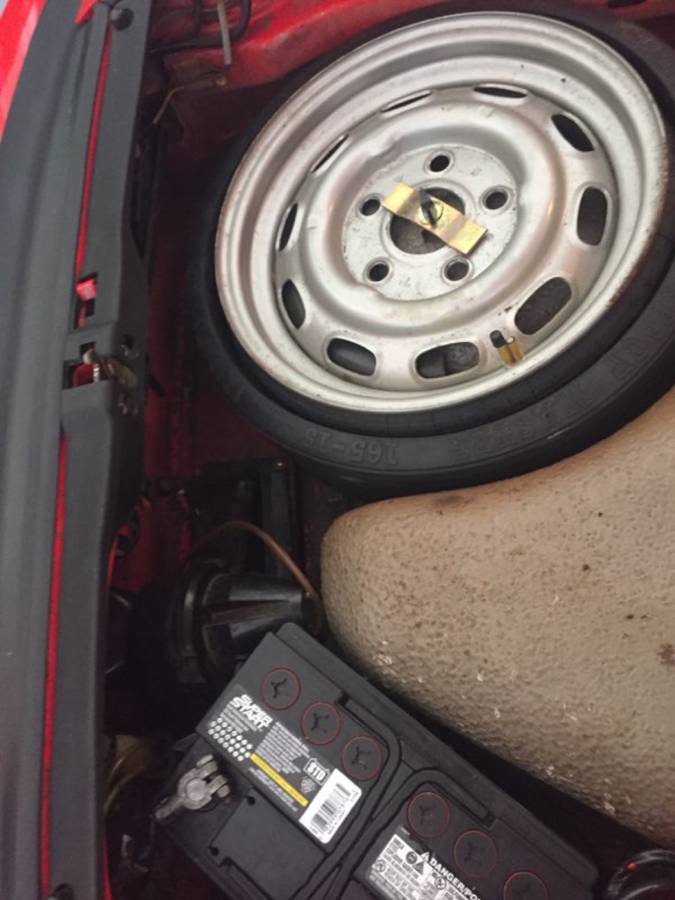 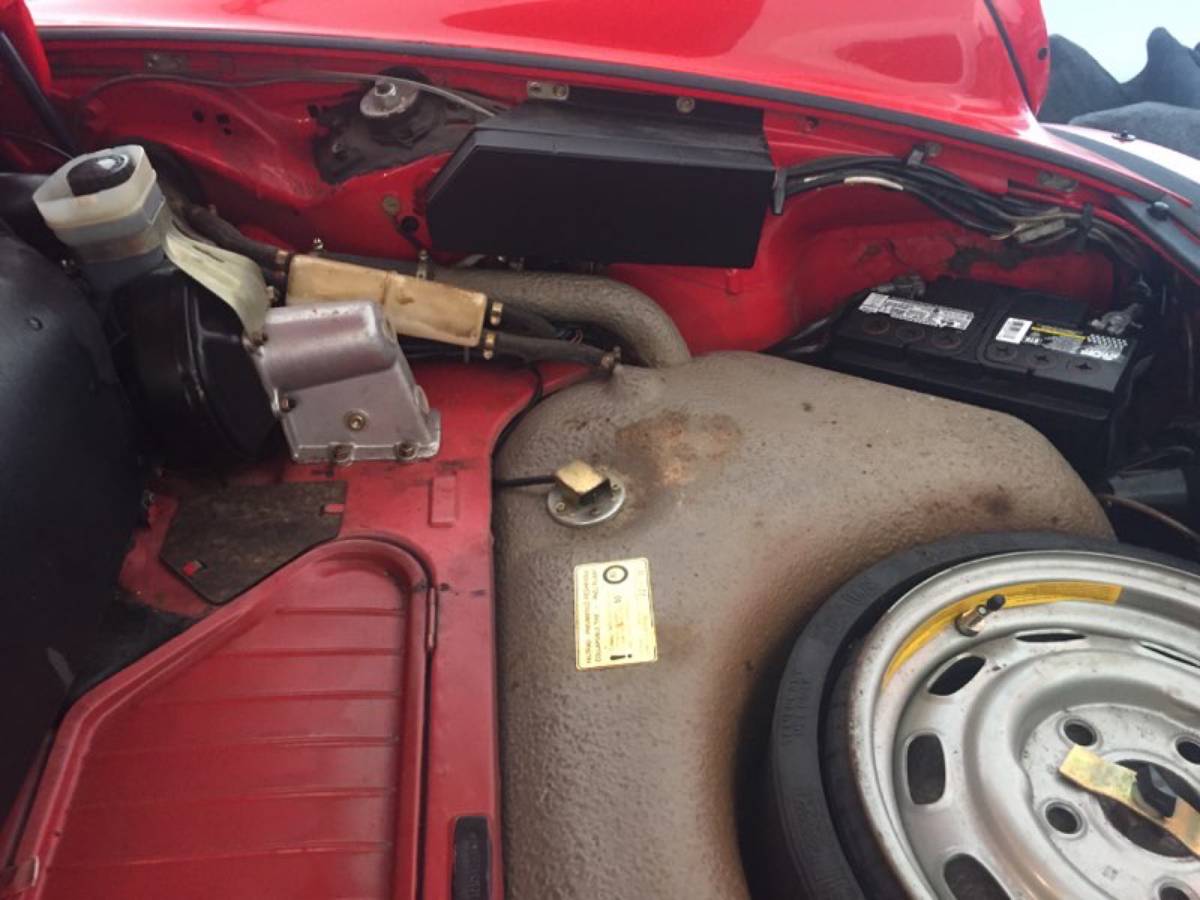 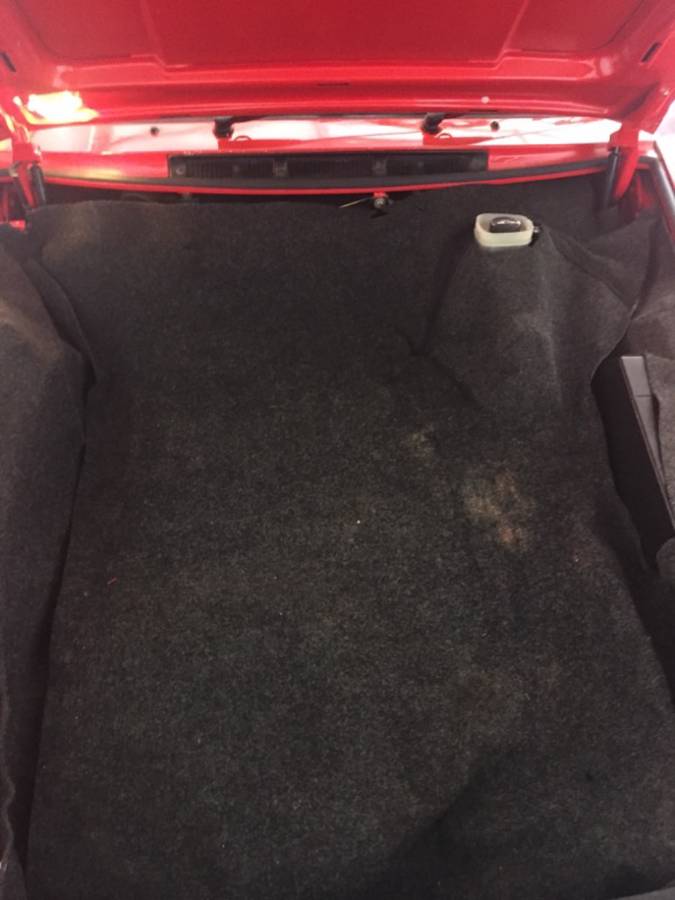 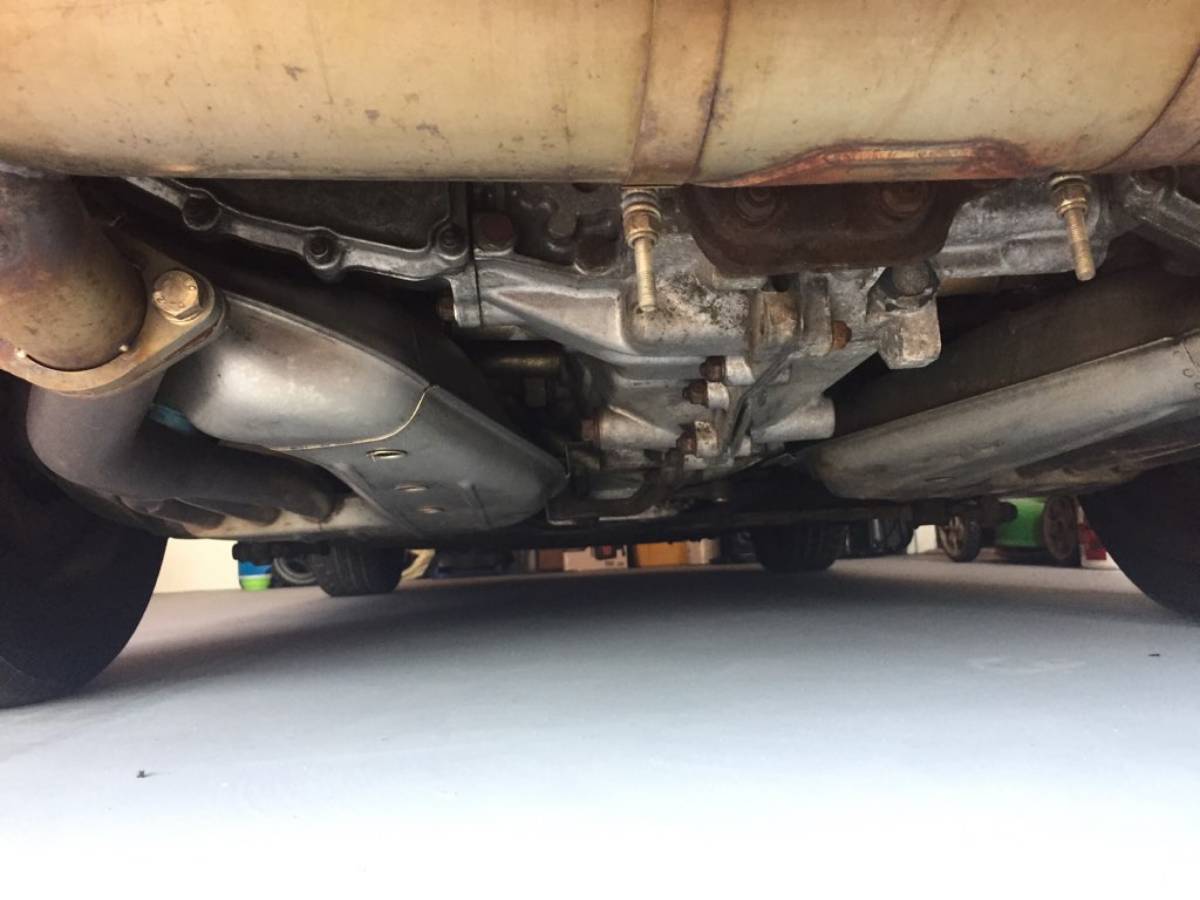 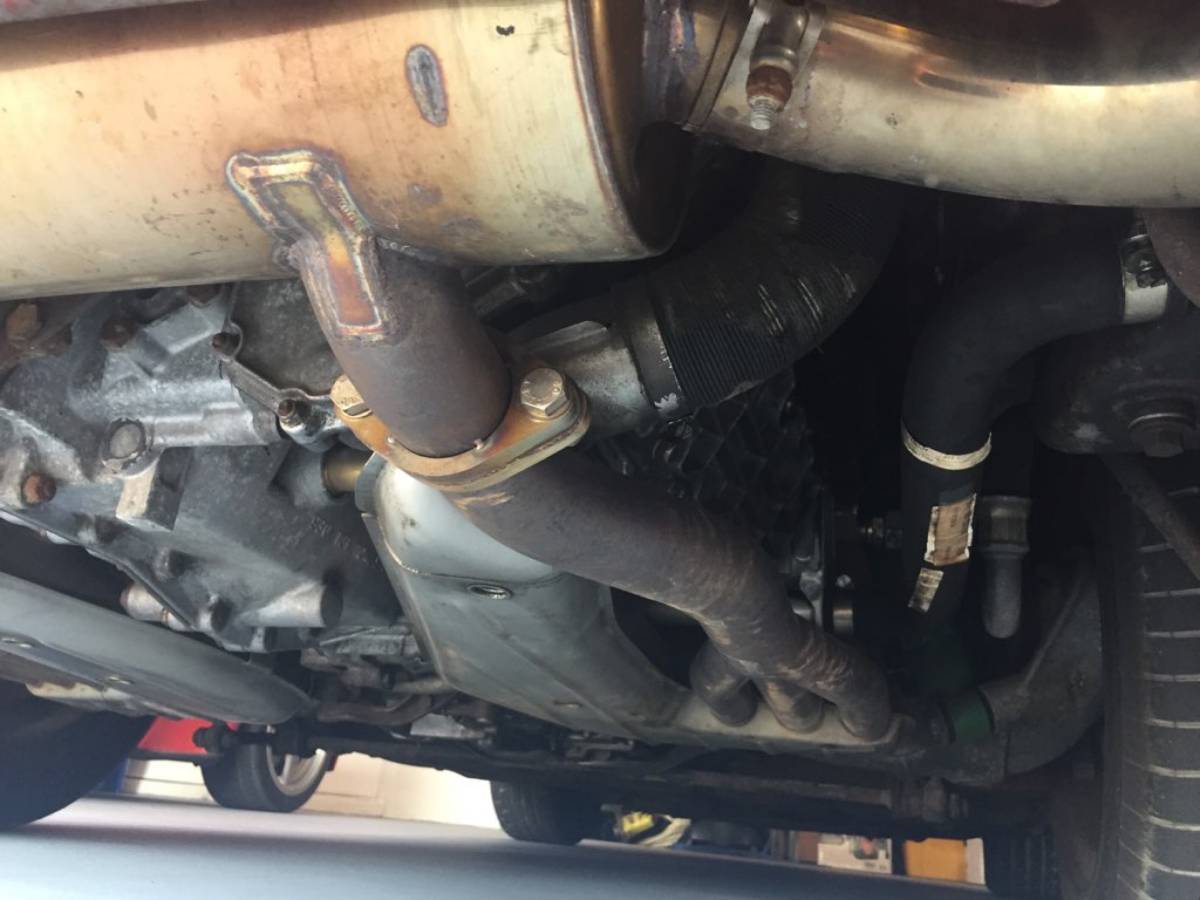 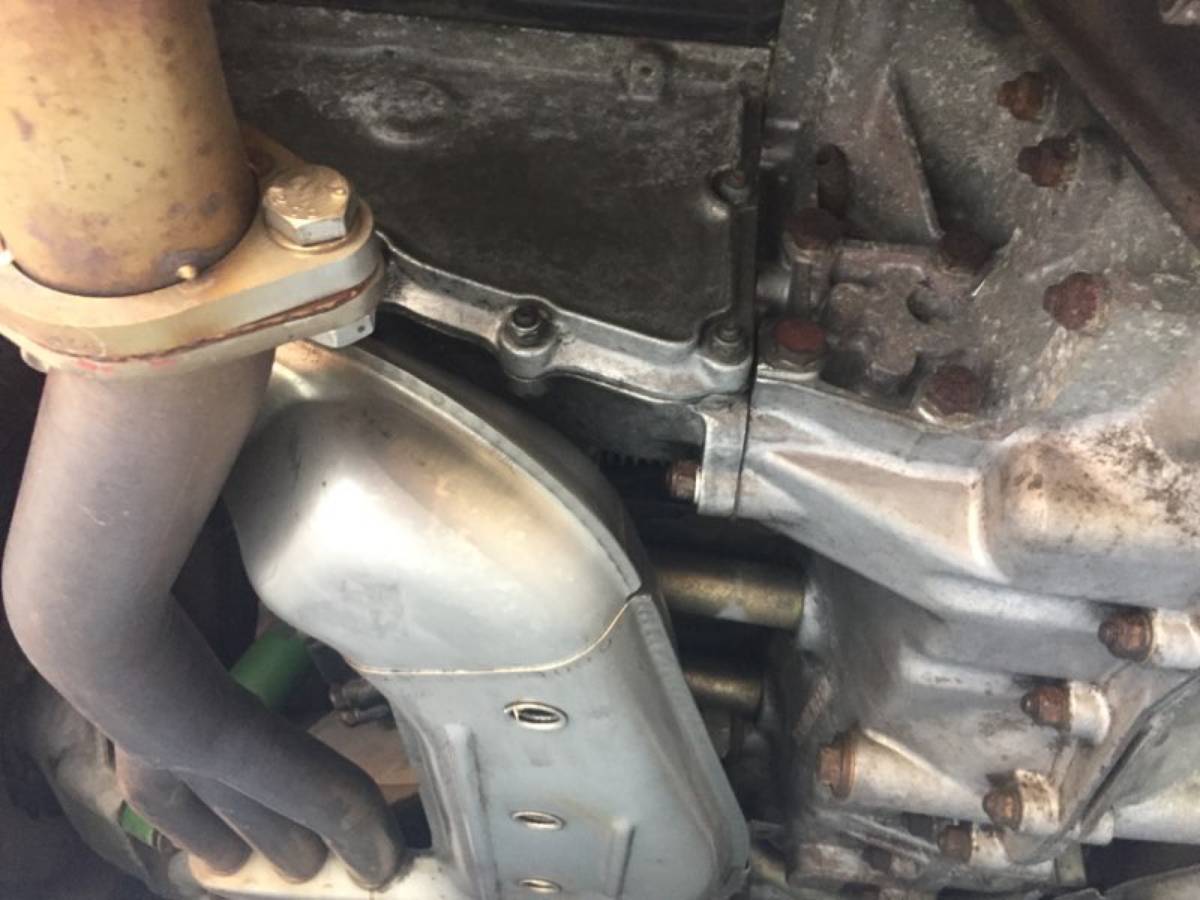 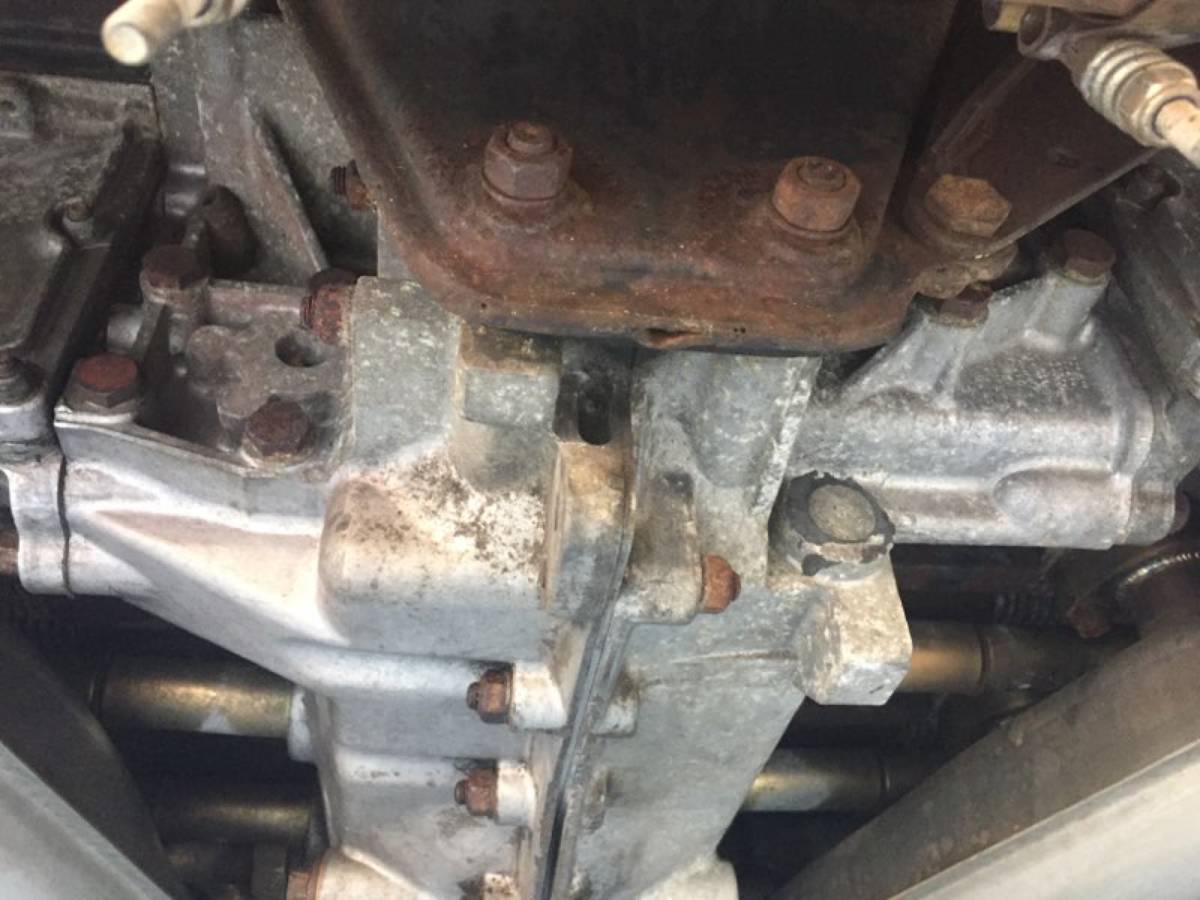 May 1, 2022, Update – Porsche 911SC Coupes tend to sell very quickly, especially when appropriately priced.  We confirmed the seller of this “Classifind” deleted their listing, so we’re now able to call this one “SOLD!” While this one got away, please reach out either by email or call us directly if you’d like to be informed when we come across something similar.

While we tend to feature a fair share of Porsche 911 Targas and Cabriolets for our Sports Car Saturday theme, rare is the chance to feature a 911 Coupe spotted on Craigslist. Not only was the 1978-1983 vintage Super Carrera, or “SC”, model the choice of well-heeled Yuppies and dentists of the day, this generation has proven itself to be one of the more robust of the air-cooled 911s. They also tend to be very well-equipped.  This Guards Red over black leather 1983 Porsche 911SC Coupe originally listed in April 2o22 on Craigslist in Ashburnham, Massachusetts (Worcester) is a great example. With a sunroof and factory Air Conditioning, the seller reports their 911 features an updated clutch, brakes, and tires in 2019.

Currently offered for a firm but market-appropriate price of $45,000, comparing that price against the Hagerty Insurance Online Valuation Tool confirms the private seller has their 911SC priced between this guide’s #4 “Fair” (Daily Driver) estimate of $37,000 and its #3 “Good” appraisal of $52,000.  Similarly, the  Collector Car Market Review Online Tool reveals the seller’s ask falls between this guide’s #4 “Fair” estimate of $25,600 and its #3 “Good” appraisal of $47,850.

In 1978, Porsche introduced the new version of the 911, called the ‘911SC’. Porsche reintroduced the SC designation for the first time since the 356SC (as distinguished from the race engined 356 Carrera). There was no Carrera version of the 911SC. According to modern-day Porsche literature and websites (there is no period reference to SC meaning anything), the “SC” stands for “Super Carrera”. It featured a 3.0-liter aluminum engine with Bosch K-Jetronic fuel injection and a 5-speed 915 transmission. Originally power output was 180 horsepower engineers managed to increase it to 201 for 1981. The move to an aluminum engine was to regain case reliability, something missing for many years with magnesium. In 1981 a Cabriolet concept car was introduced at the Frankfurt Motor Show. The convertible body design also featured a four-wheel drive, although this was dropped in the production version. The first 911 Cabriolet debuted in late 1982, as a 1983 model. This was Porsche’s first cabriolet since the 356 of the mid-1960s. A total of 4,214 were sold in its introductory year, despite its premium price relative to the open-top Targa.  Cabriolet versions of the 911 have been offered ever since.

In 1979, Porsche had made plans to replace the 911 with their new 928 company flagship. Sales of the 911 remained so strong, however, that Porsche revised its strategy and decided to inject new life into the 911 editions. 911 SC sales totaled 58,914 cars.

The combination of the pictures and the seller’s description have us believe this is an honest, properly maintained driver’s Porsche for what is now a market-correct price based on the condition.  The most telling hint of how well maintained this 911SC is are the pictures of the dry engine (i.e., no leaks) and the lack of embedded spots on the seller’s garage floor.  Before buying any Porsche, we recommend investing in a Pre-Purchase Inspection (“PPI”).

Don’t miss out on a great opportunity to own a perfectly running example (not a garage queen).

If you know the current market, you know that the value of these special classics continues to rise. Asking for $45,000 firm.

Serious inquiries only, please.
No emails, please. Call the number provided and leave a message. “

Show or Go: What would you do with this 1983 Porsche 911SC Coupe?  Please comment below and let us know!