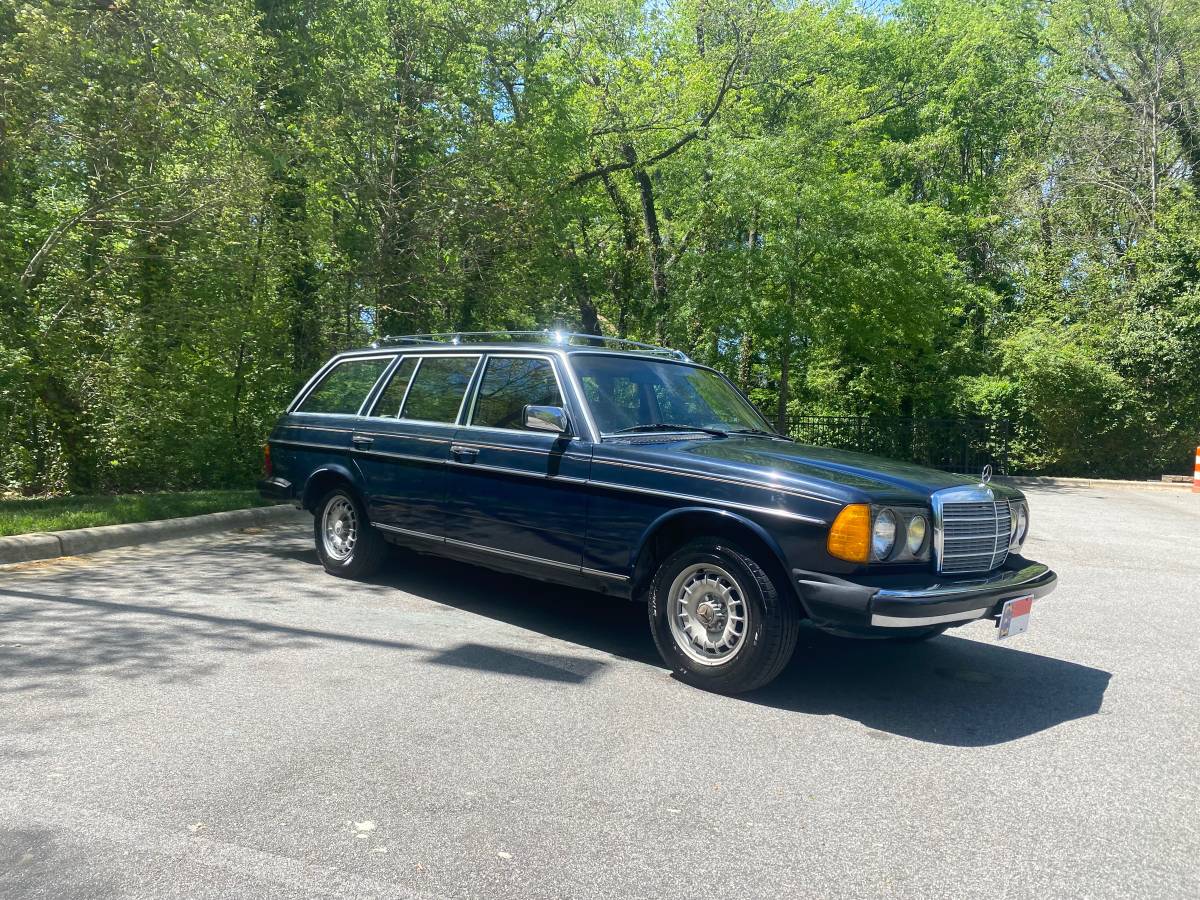 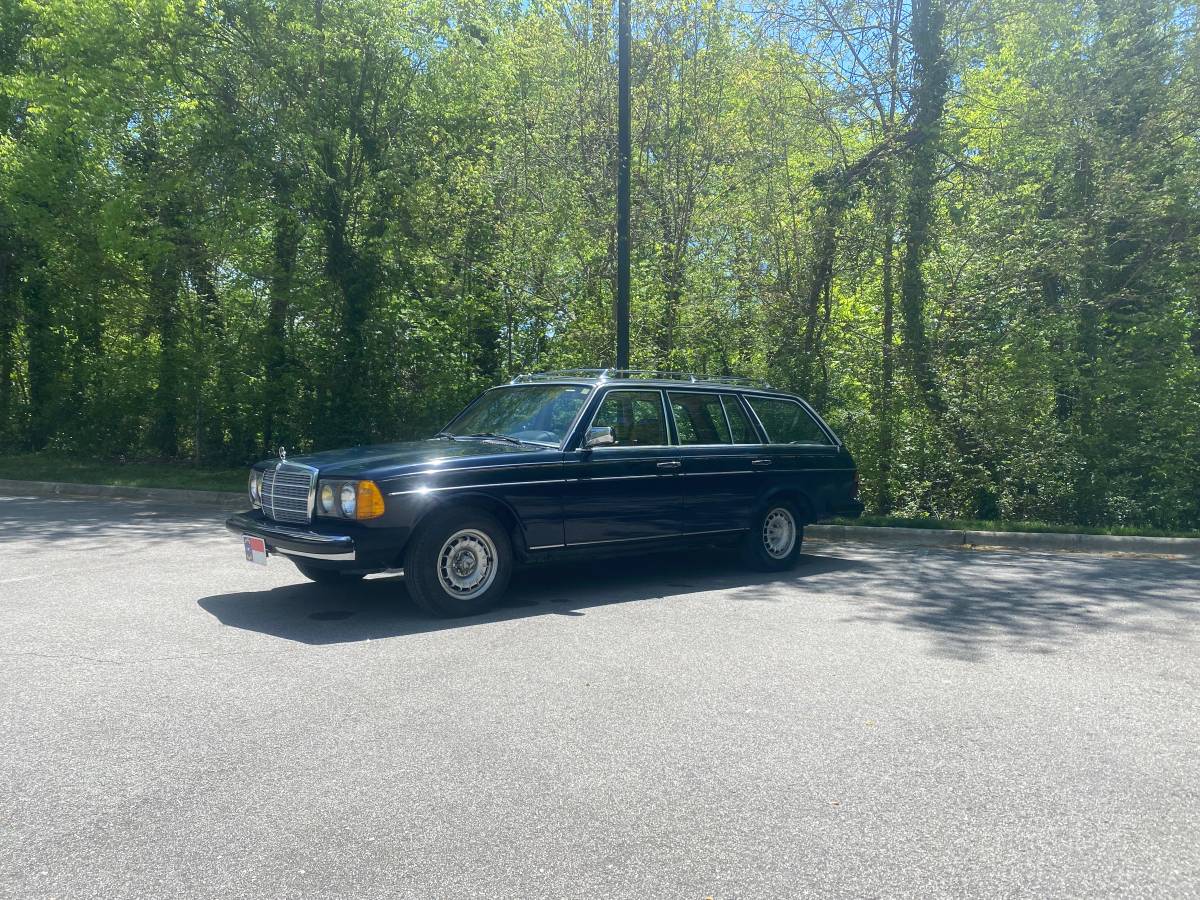 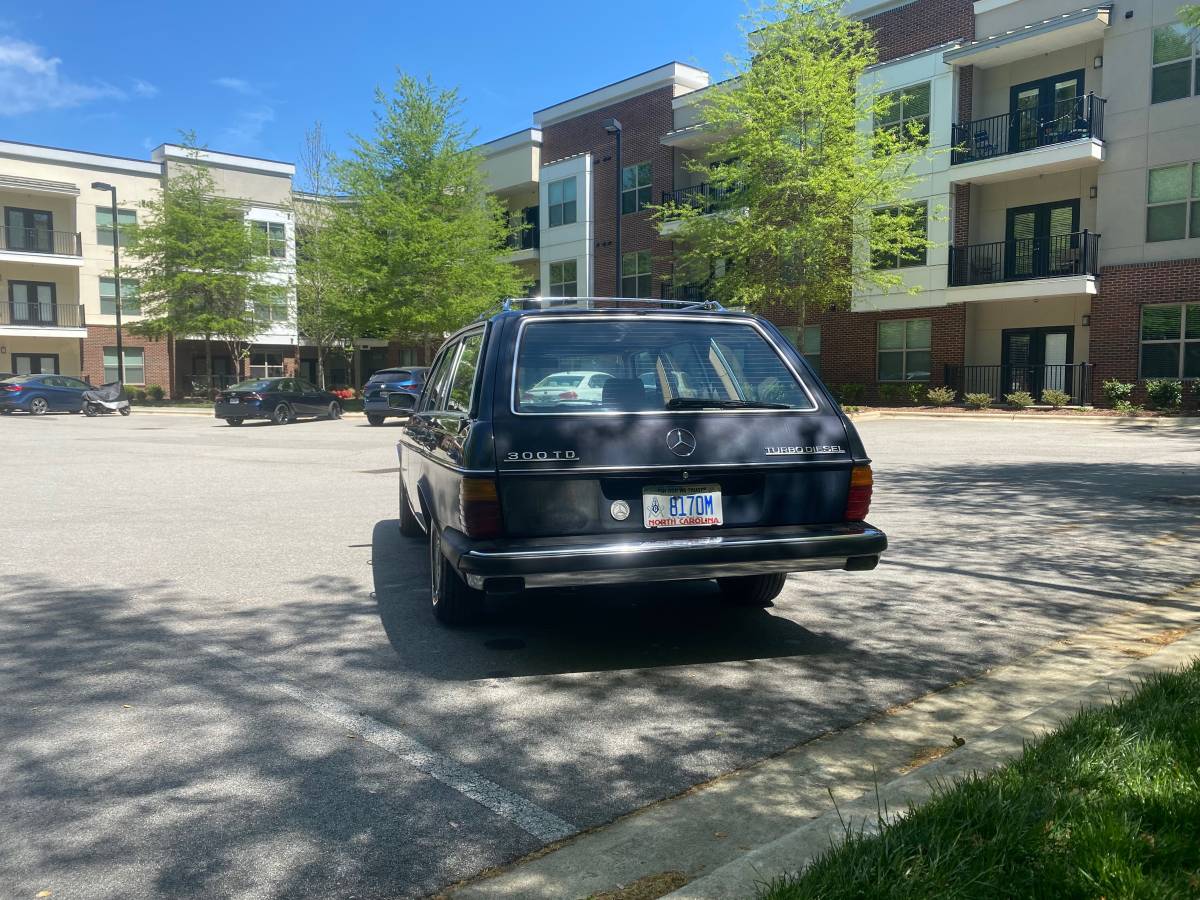 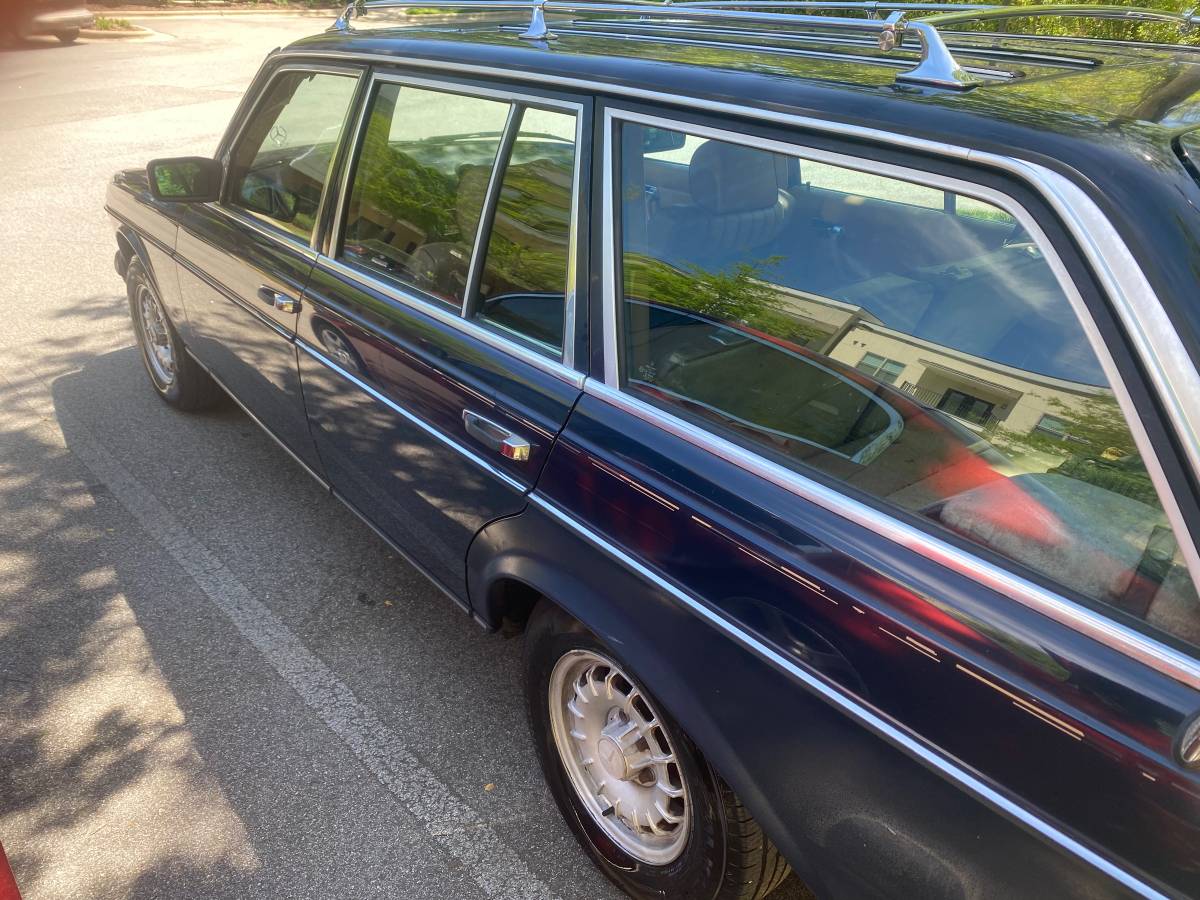 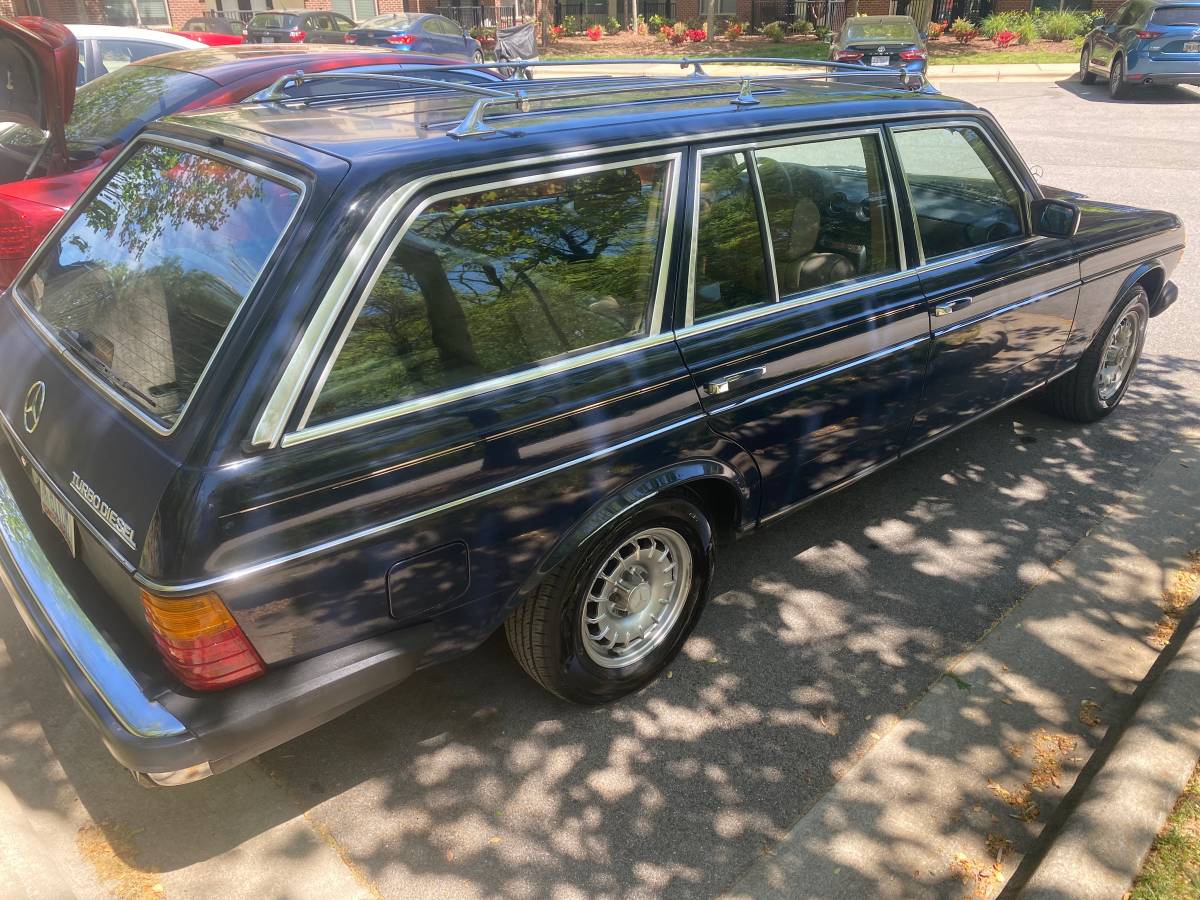 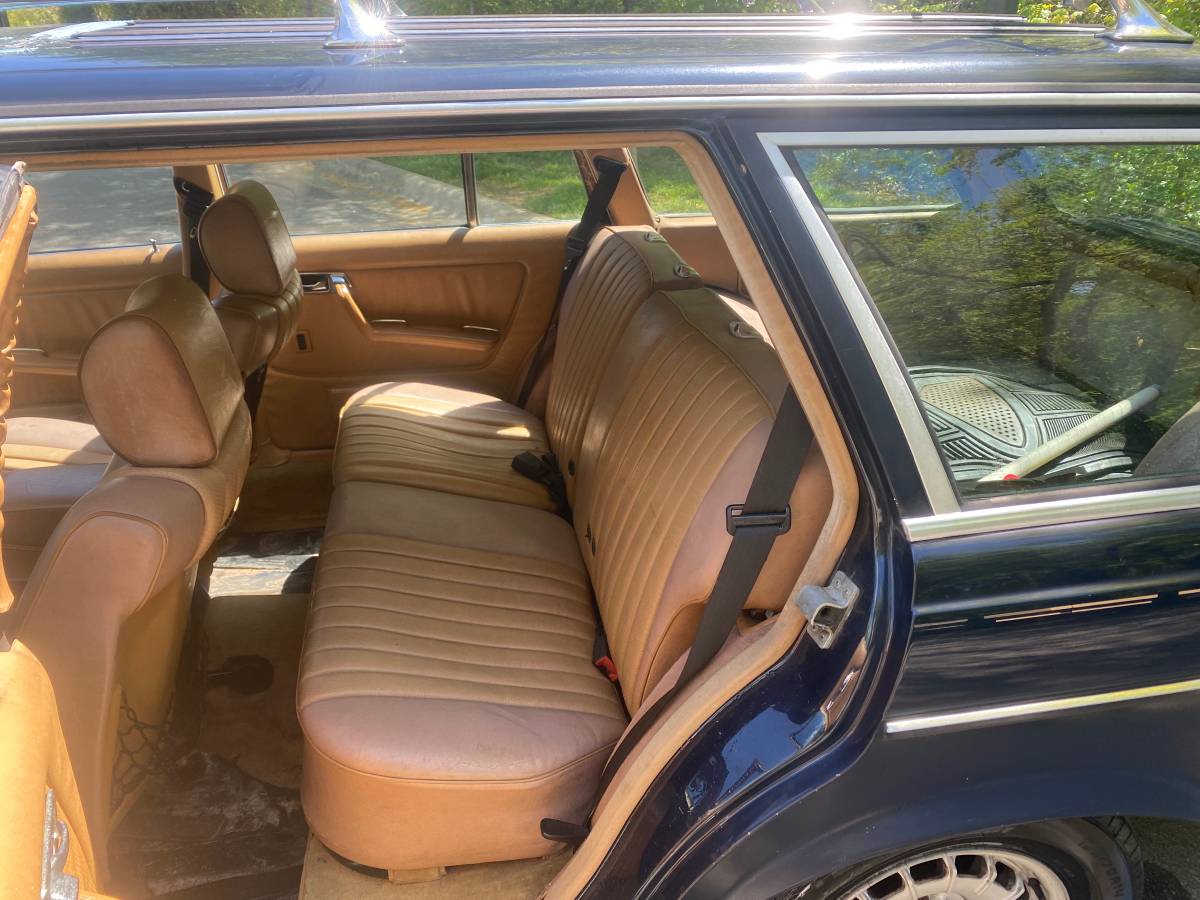 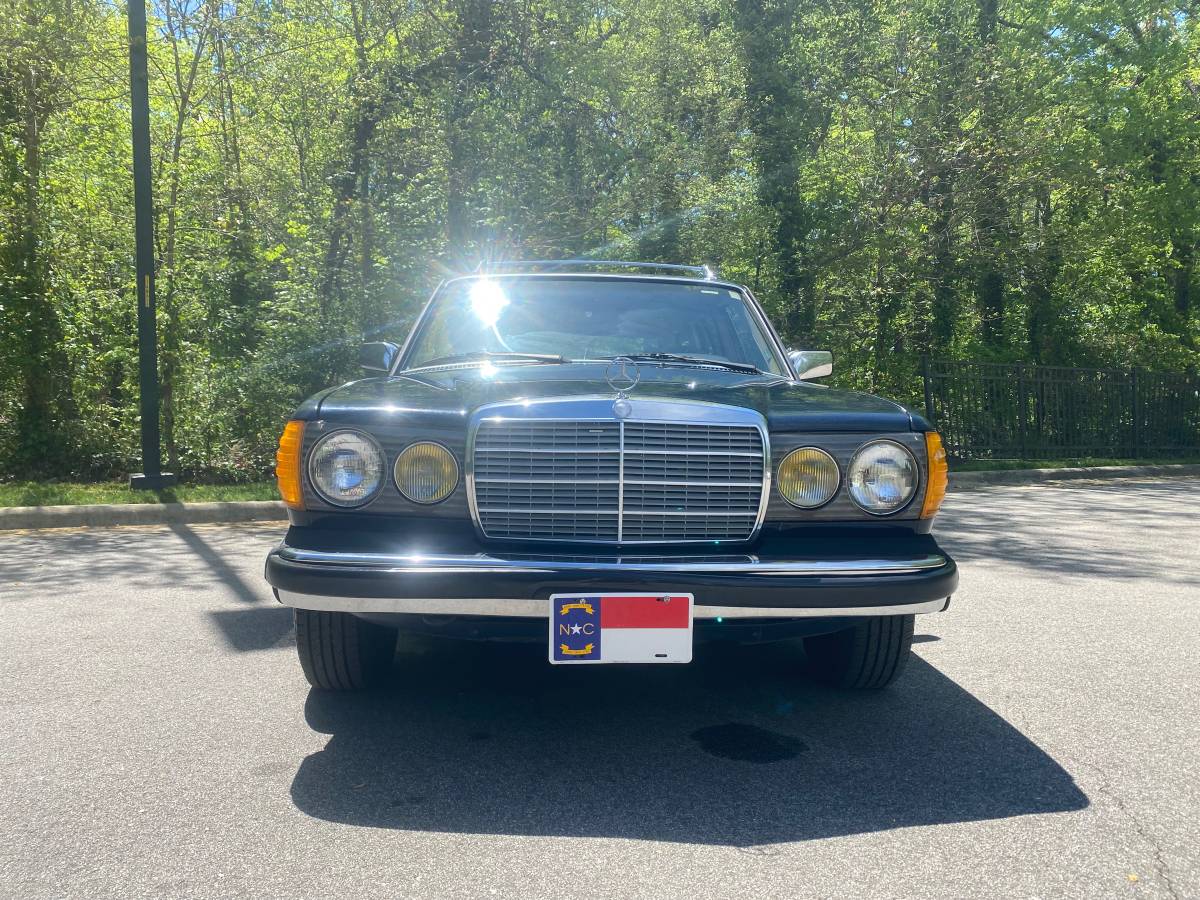 May 17, 2022, Update – We just confirmed the listing for this “Classifind” expired, so with no replacement found we’re assuming this ride “Sold?” While this one got away, please reach out either by email or call us directly if you’d like to be informed when we come across something similar.

Most cars approaching the three hundred thousand mile mark are typically on their last legs. Most cars that reach this milestone are worth nothing more than a few hundred dollars.  The exception to these truths is the S123 vintage Mercedes-Benz wagon.  The first factory-built Mercedes-Benze station wagon, when equipped with the virtually indestructible 3.0-Liter OM617 turbodiesel inline-five, these cars have proven to be just getting started at the quarter-million-mile mark. With gas prices continuing to hover at record levels, the fact these cars provide full-size comfort with 30-plus mpg also keeps the values high.  Our latest example is this blue over tan MB Tex 1985 Mercedes-Benz 300TD Estate originally listed in April 2022 on Craigslist in Raleigh, North Carolina. With 295,000 miles, as long as the seller can provide some semblance of maintenance history, this car has a lot of life left in it.

Currently offered for $13,999 (the original ask was $14,999), comparing that price against the Hagerty Insurance Online Valuation Tool confirms the private seller has their 300TD priced between this guide’s #4 “Fair”(Daily Driver) estimate of $7,800 and its #3 “Good” appraisal of $19,700.  Interestingly, the  Collector Car Market Review Online Tool reveals the seller’s ask lands this guide’s #1 “Excellent” estimate of $11,000.

Mercedes produced the W123 series of full-size cars for model years 1976 through 1986.  The W123 line replaced the W114 range and surpassed that series to become the most successful Benz ever with nearly three million over its ten-year production run.  The wagon version of this line, the S123, was the first factory-built Mercedes-Benz estate as previous versions were custom-built by external coachbuilders such as Binz.

While early versions of the S123 featured a non-turbo four-cylinder diesel, American consumers were not sold on the idea of a heavy wagon with only 77 hp.  Consequently, in 1981 M-B introduced the famed OM617 inline five-cylinder turbo diesel.  This engine is considered to be one of the most reliable engines ever produced with examples often reaching over half a million miles without being rebuilt and is one of the key reasons for Mercedes’ popularity in North America in the 1980s, as it was powerful and reliable compared to other automotive diesels of the time.  The 3.0-liter OM617 turbodiesel inline-five produced 125 horsepower and 184 lb-ft of torque when new, and sent power to the rear wheels through a four-speed automatic transmission.

The Mercedes Classics With Pierre Hedary YouTube Channel features this video about his thoughts on what potential buyers should pay for an S123 vintage 300TD wagon:

In their brief description, the seller plays on the romantic notions of owning one of these durable wagons, however with nearly 300,000 miles on the clock we hope he can provide maintenance records beyond just indicating the car features a new set of tires. On a positive note, this example does not appear to have rust in the typical wheel arch areas we usually see on 300TDs with similar mileage.

“Absolute tank! This bad boy cruises like a land yacht down the road. Throw the board on top and take it to the beach or cruise up to Asheville and hit the breweries (you’ll totally fit in). Runs and drives like a champ. Brand new tires.”

Do you have an S123 Mercedes-Benz 300TD story to share?  If so, comment below and let us know!