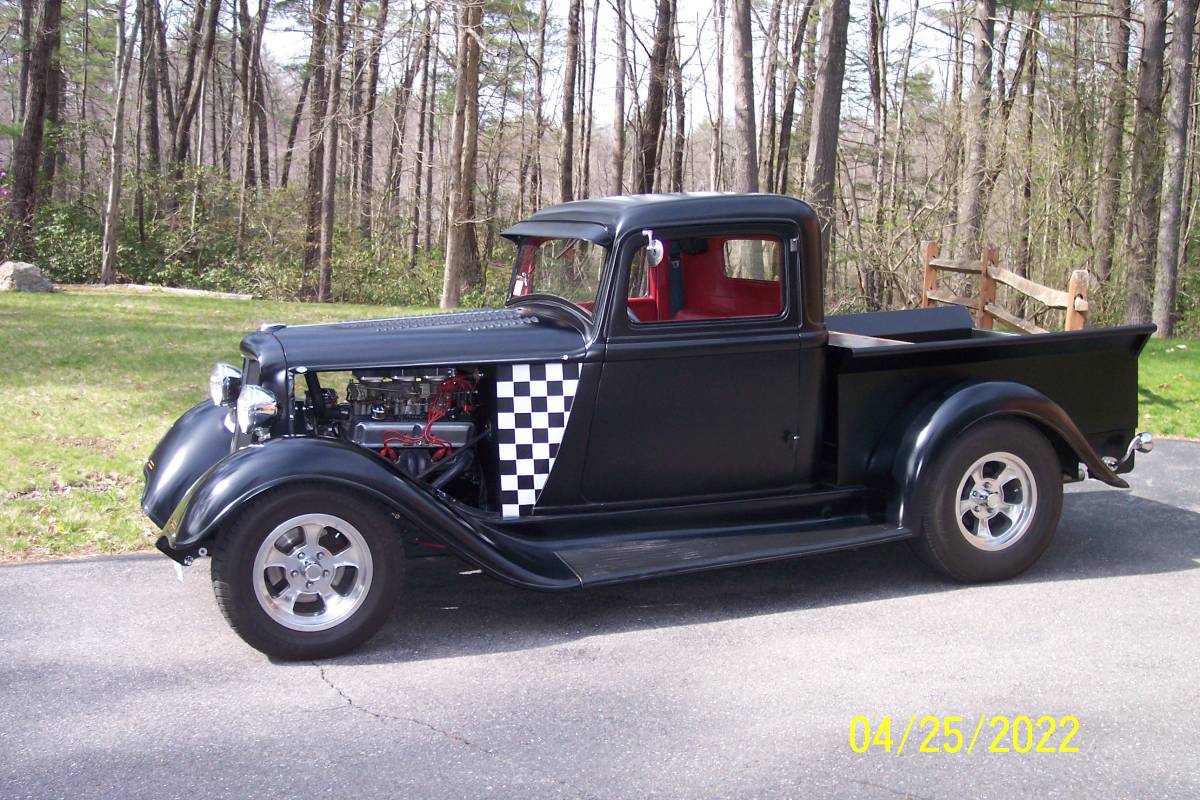 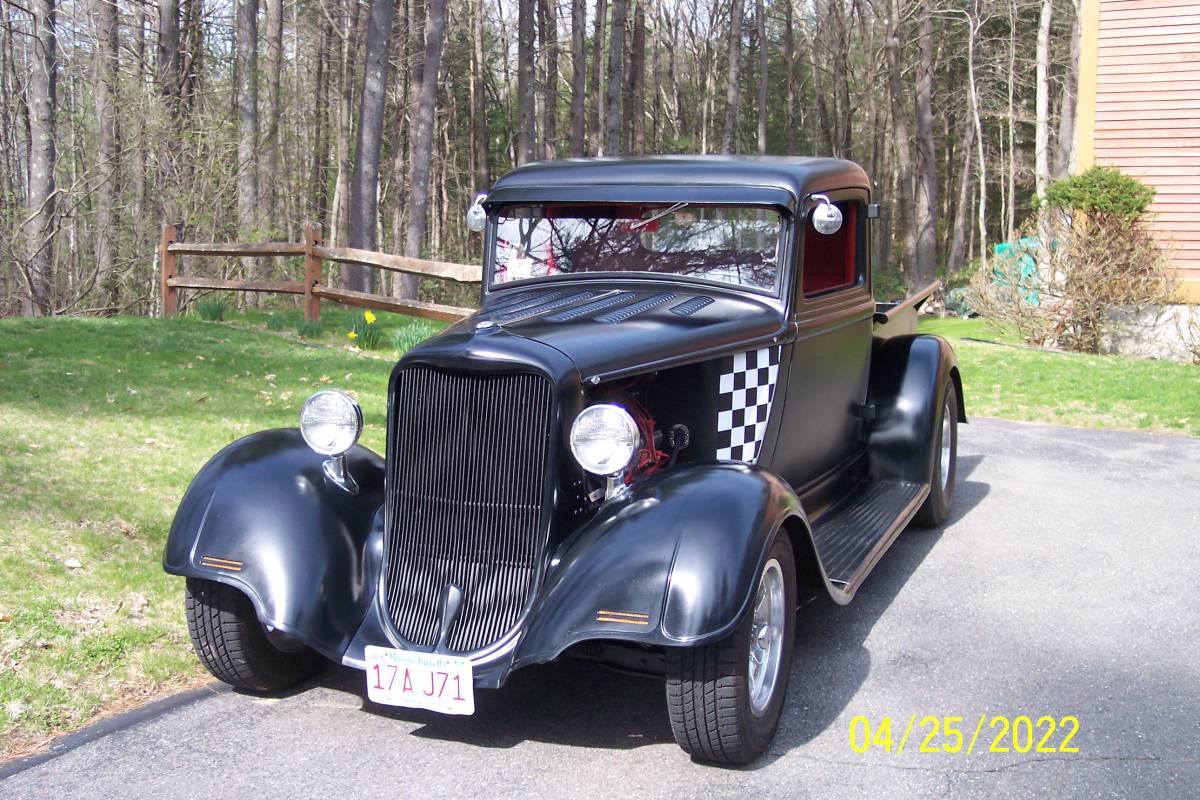 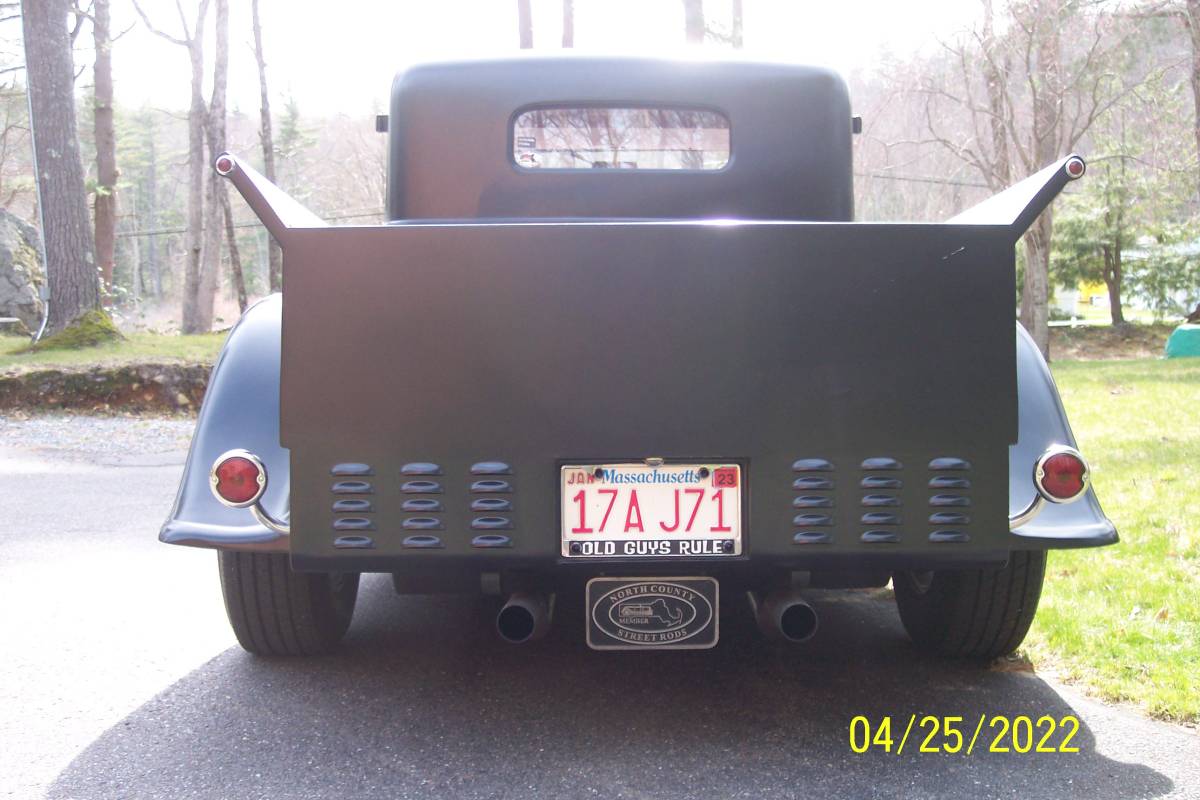 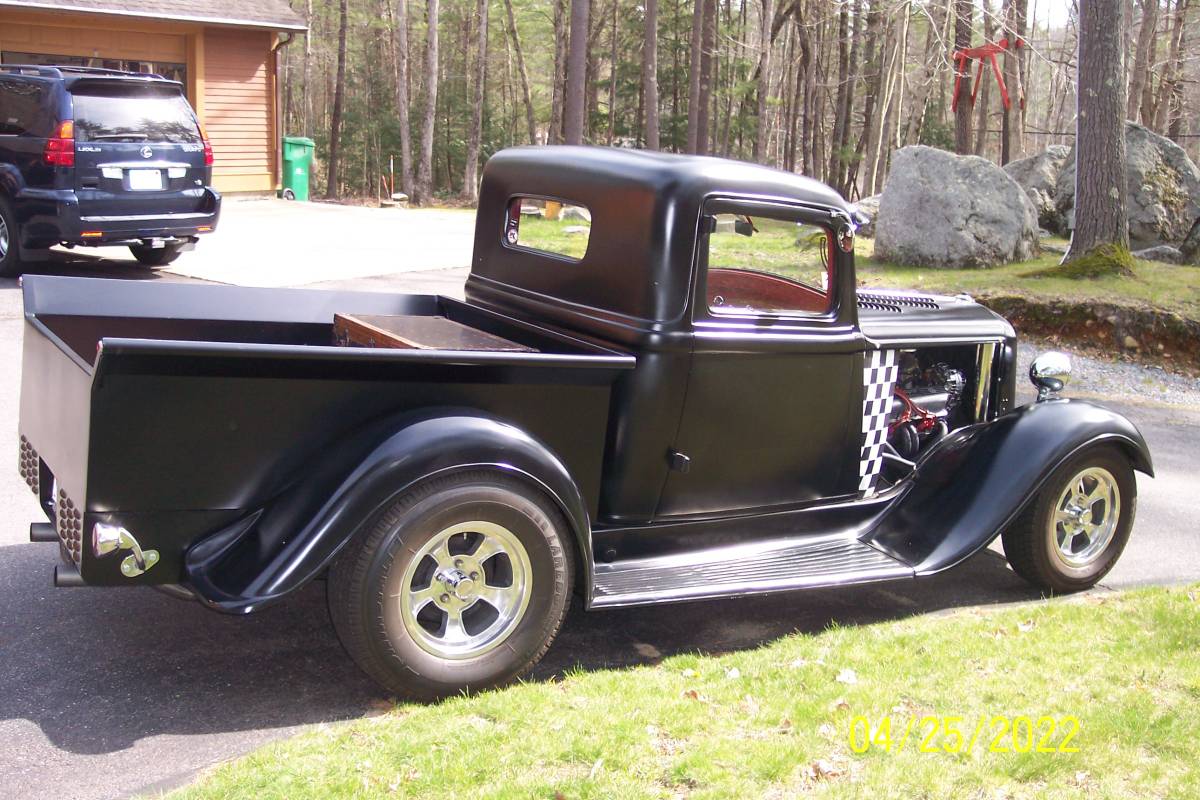 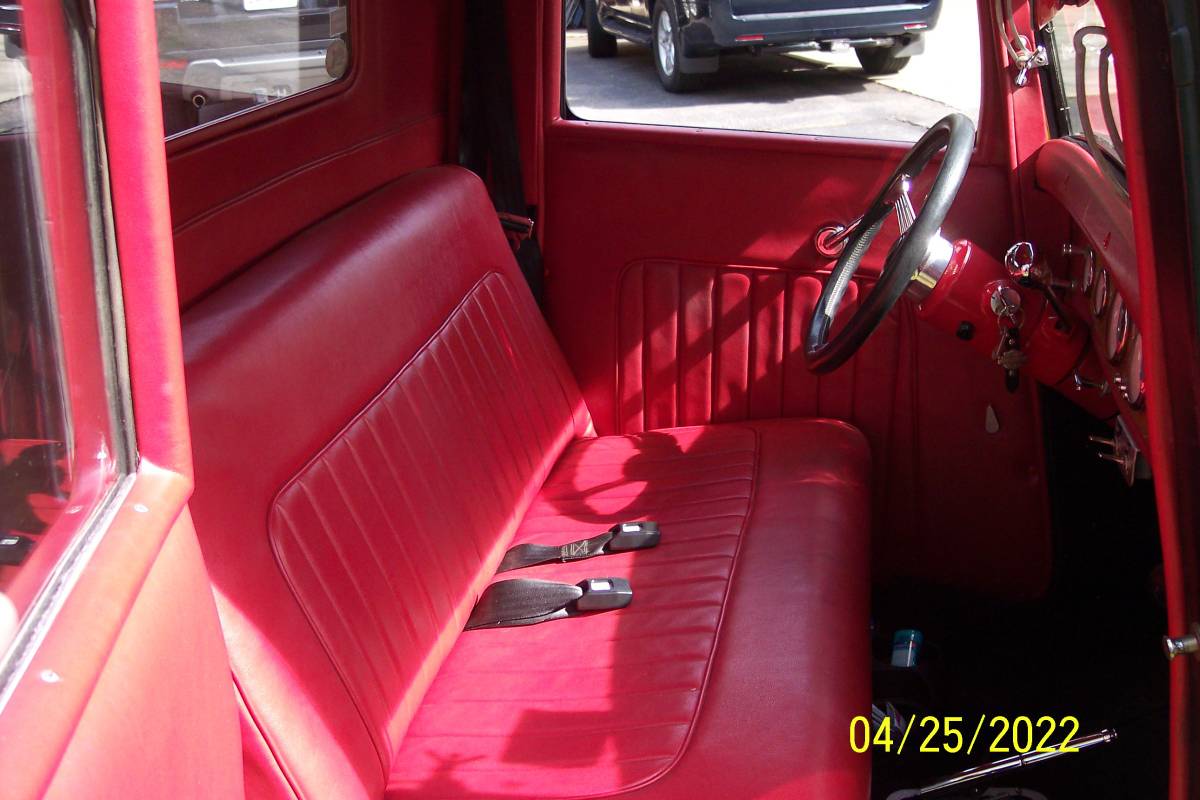 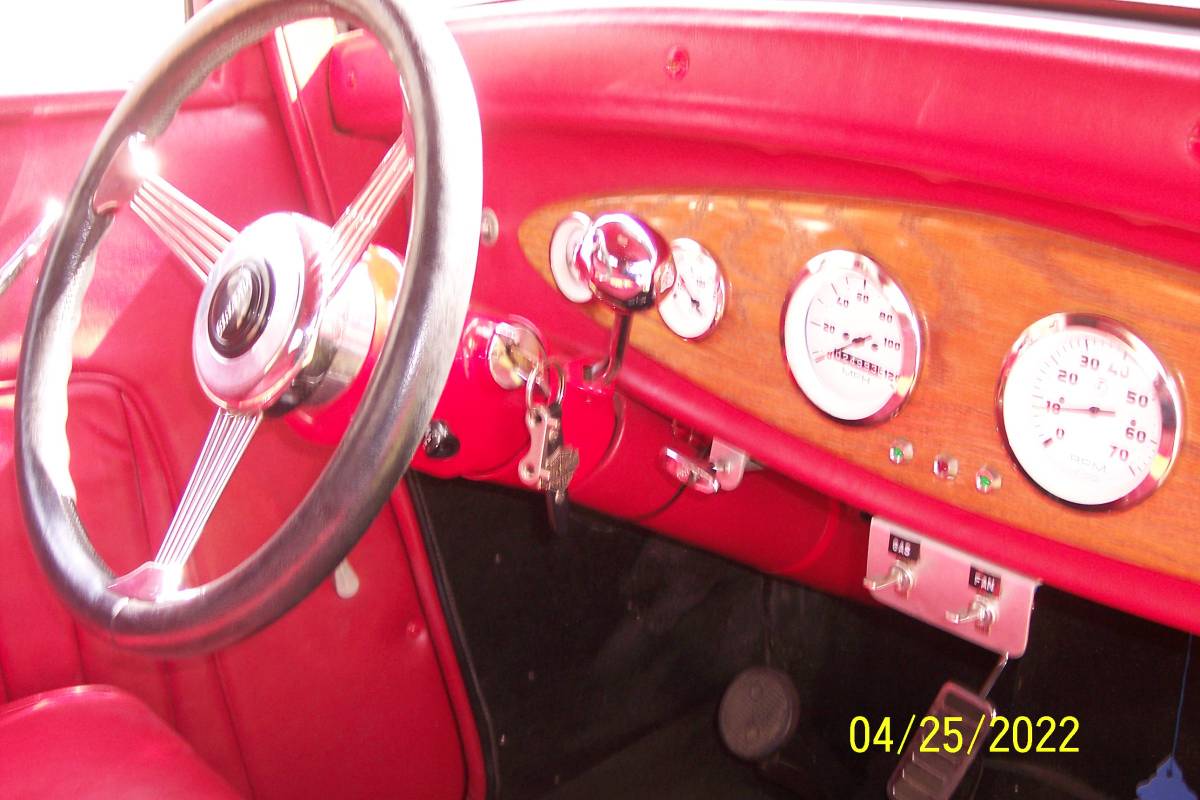 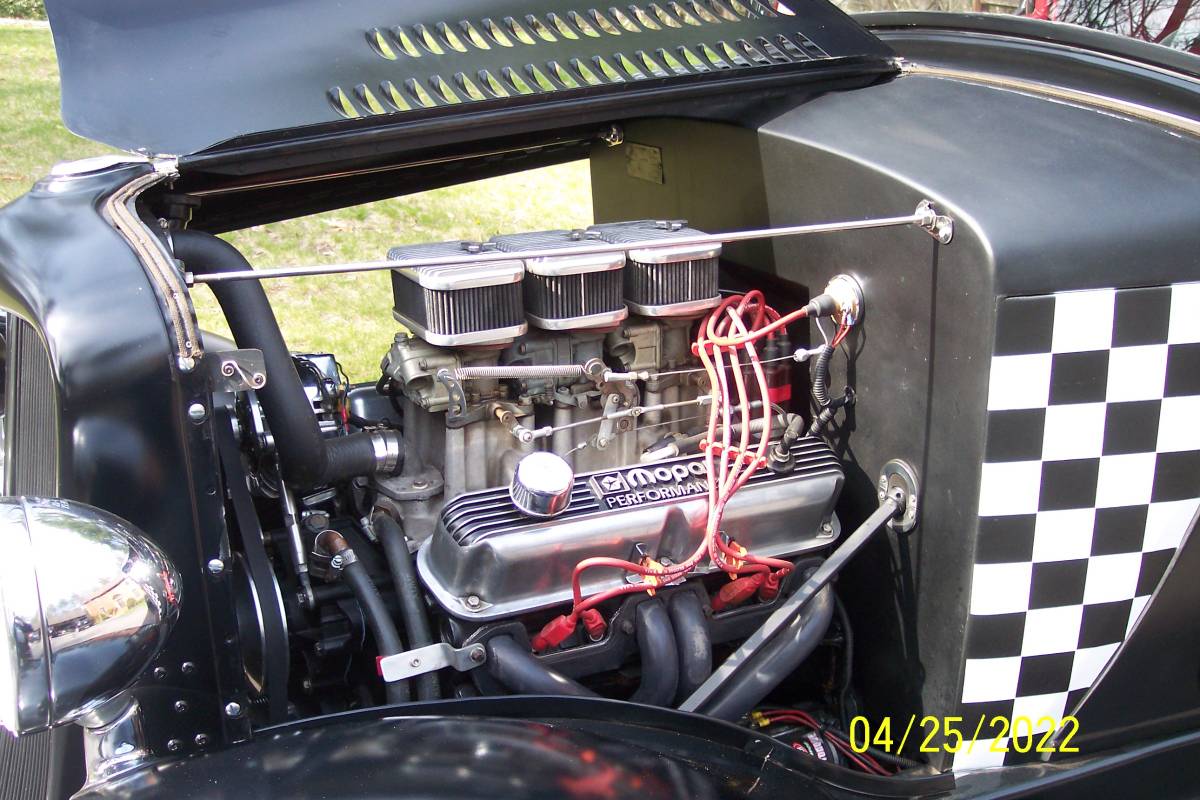 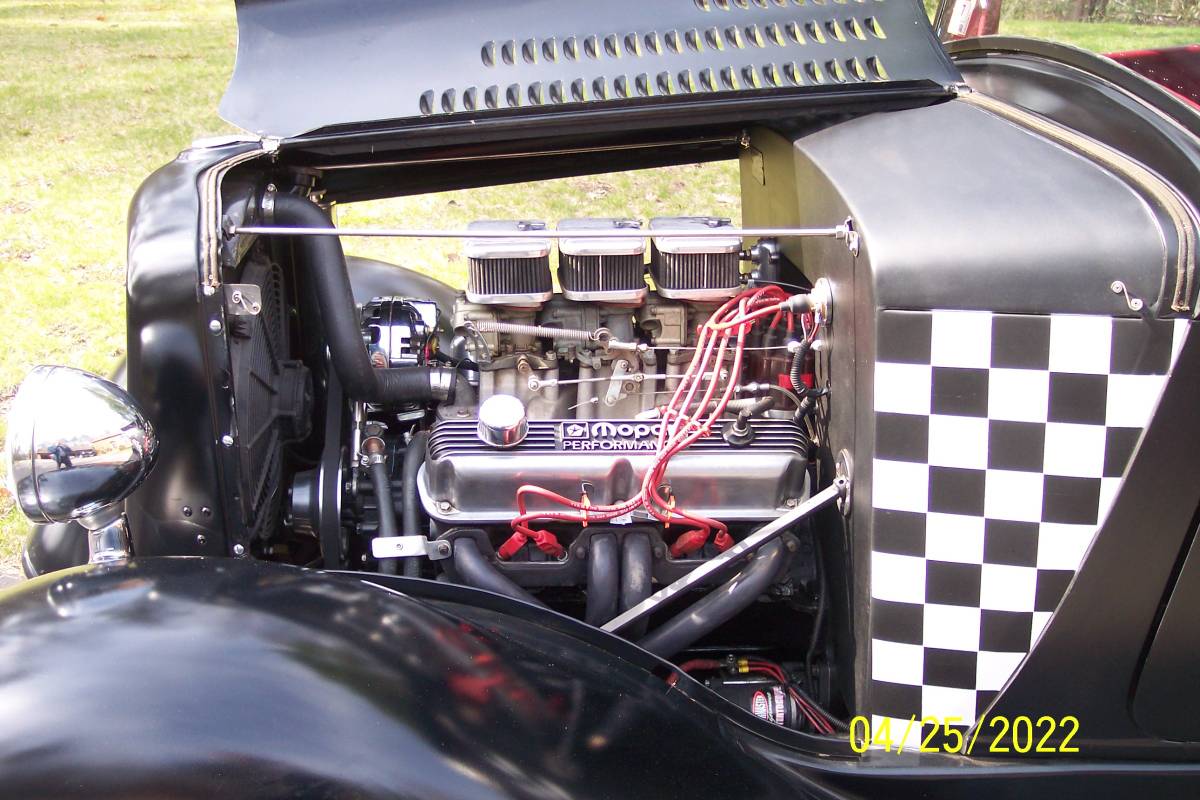 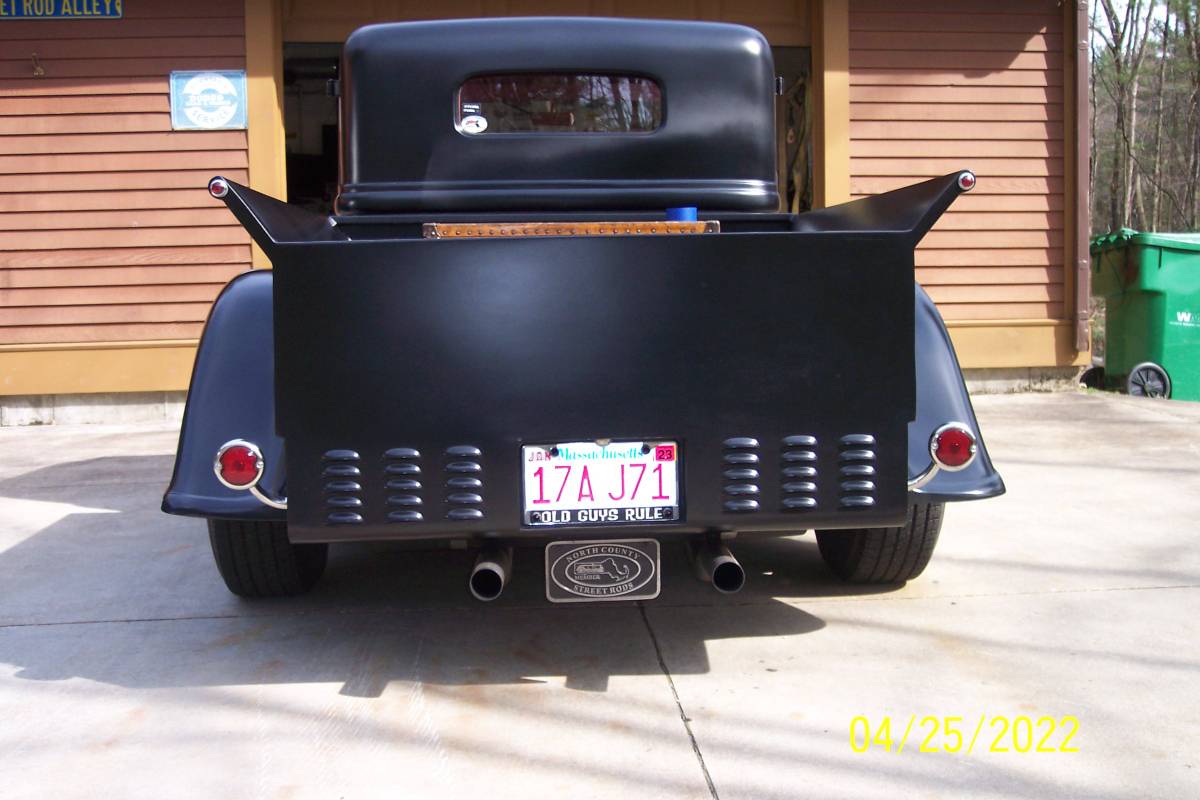 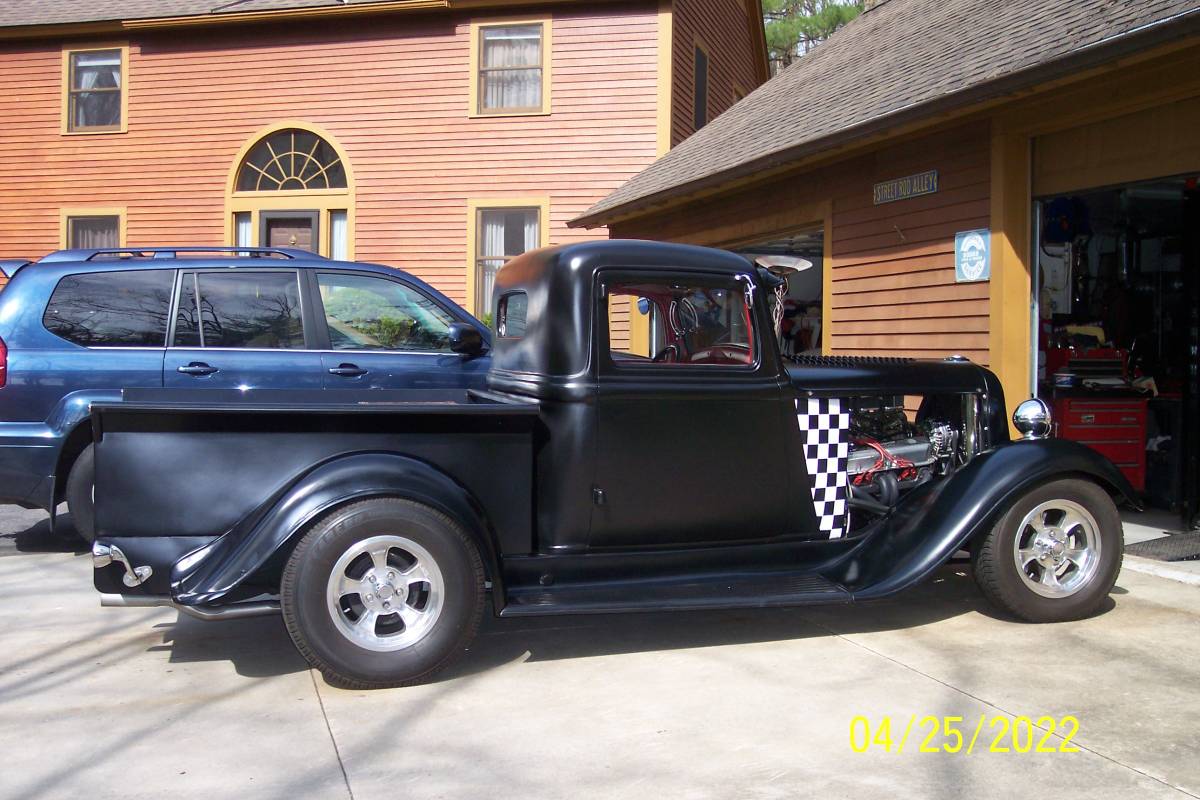 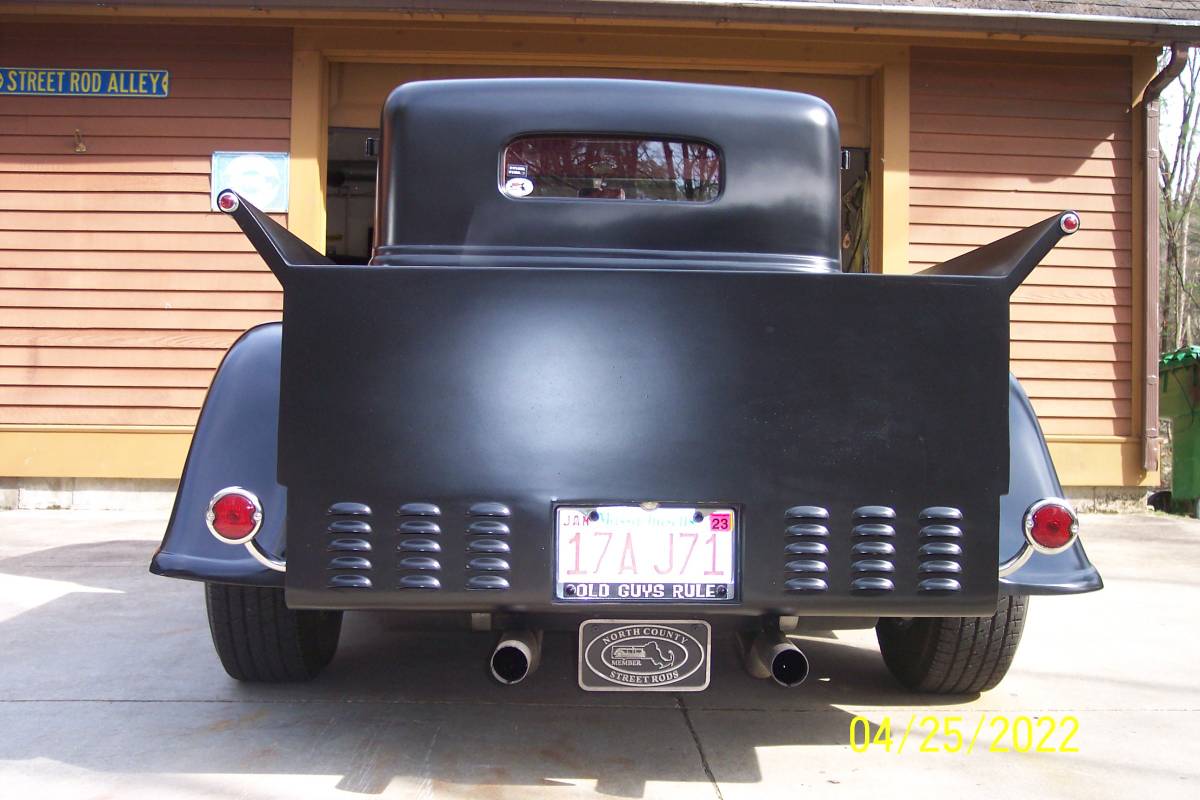 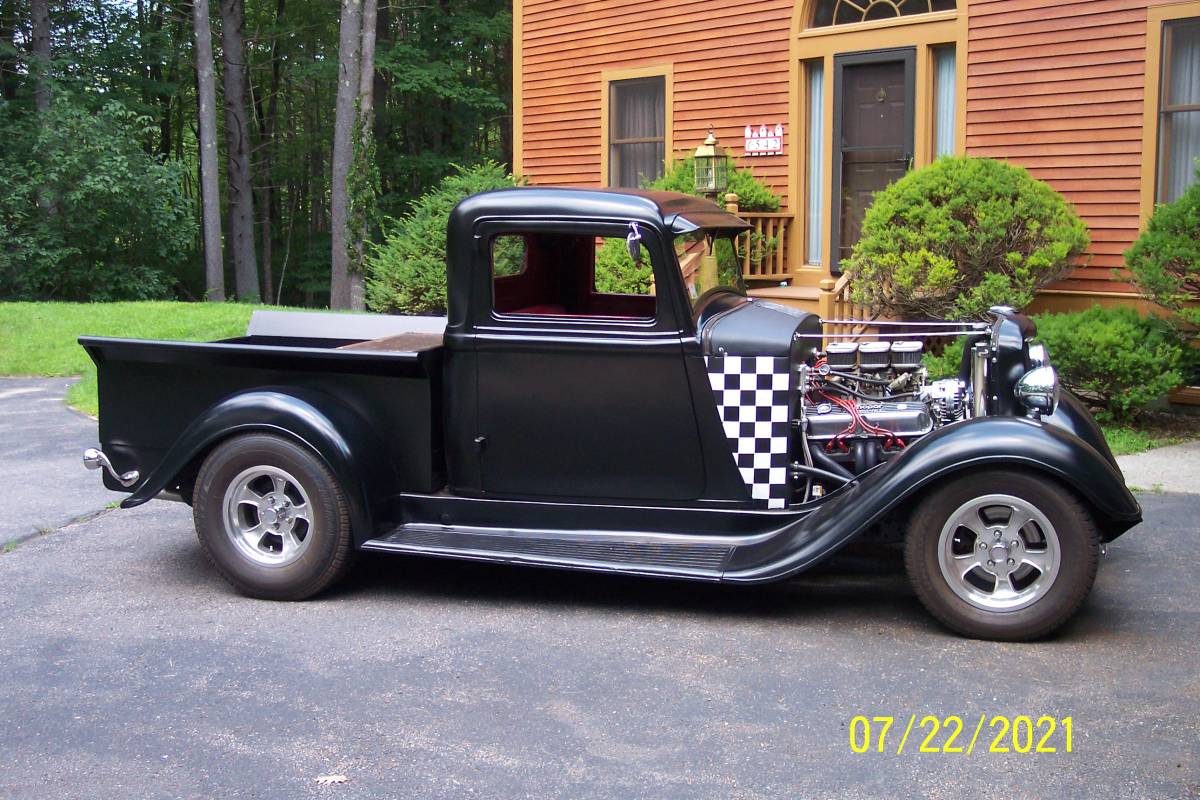 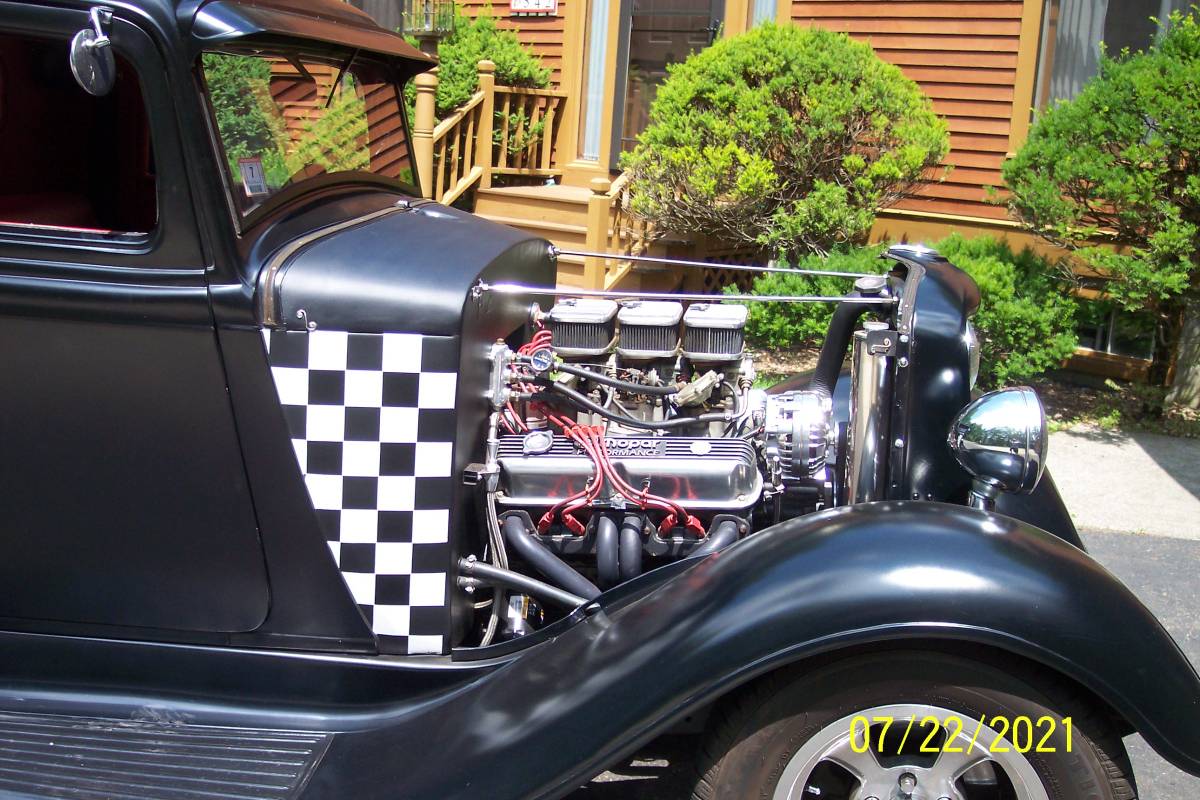 It’s no secret the vast majority of street rods happen to be Fords and Chevys. That’s why we love coming across enthusiasts who take the lesser road traveled and build an all-Mopar-based street rod.  Our latest example is this 1935 Dodge KC Pickup originally listed in April 2022 on Craigslist in Lunenberg, Massachusetts (Worcester) featuring a six-pack-topped 360 cubic inch V8 backed by a 727 TorqFlite automatic transmission sending torque to a Mopar rear end featuring 3.21:1 gears.  The only item we suspect is not Mopar sourced is the independent front suspension, which likely started life supporting a mid1970s vintage Ford Mustang II.

Currently offered for $25,000, based on the pictures provided, it would be hard to sour and then replicate this truck for that amount of money.

Four years into the Great Depression, Dodge risked an expensive restyle of its aging truck line dating back to WWI for the 1933 model year.  The 1933 Dodge Series HC proved to be a very smart decision as it was just what the market needed at the time.  Fast forward two model years and the 1935 KC series pickup now featured steel-roofed cabs with front-hinged doors.  These trucks featured a larger 201.3 cubic inch inline-six while a drop-forged I-beam front axle replaced the tubular type. Registrations rose again, by 72 percent.  A standard-wheel-base KC pickup cost $480, which happened to be the same price as a half-ton Ford. Prices were low because hardly anything was standard. Still, the options didn’t cost much: $7 for chrome bumpers, $4 for a second wiper, $2 each for a hood ornament and interior visors, $3 for an air cleaner, $5 for the safety-glass windshield, $7 for a metal tire cover. The biggest plunge was $15, which bought a chromed radiator shell and headlamps, plus hydraulic shock absorbers. Also available was a sixth wheel — six wire wheels, four tires, and a second (driver’s-side) wheel well cost only $10 extra.

This video illustrates what a stock 1935 Dodge pickup looks like for comparison to the street rod featured here:

Do you have a ’35 Dodge Truck story to share?  If so, comment below and let us know!