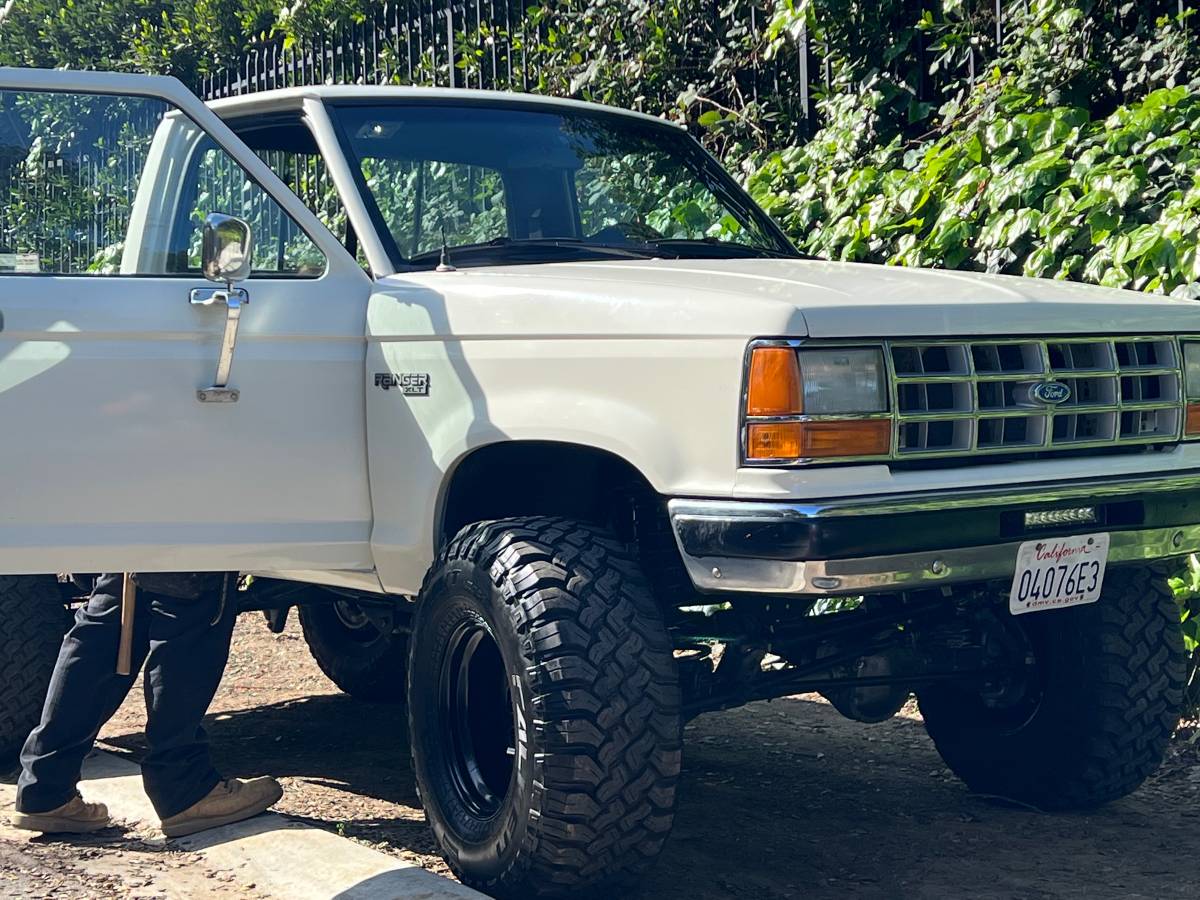 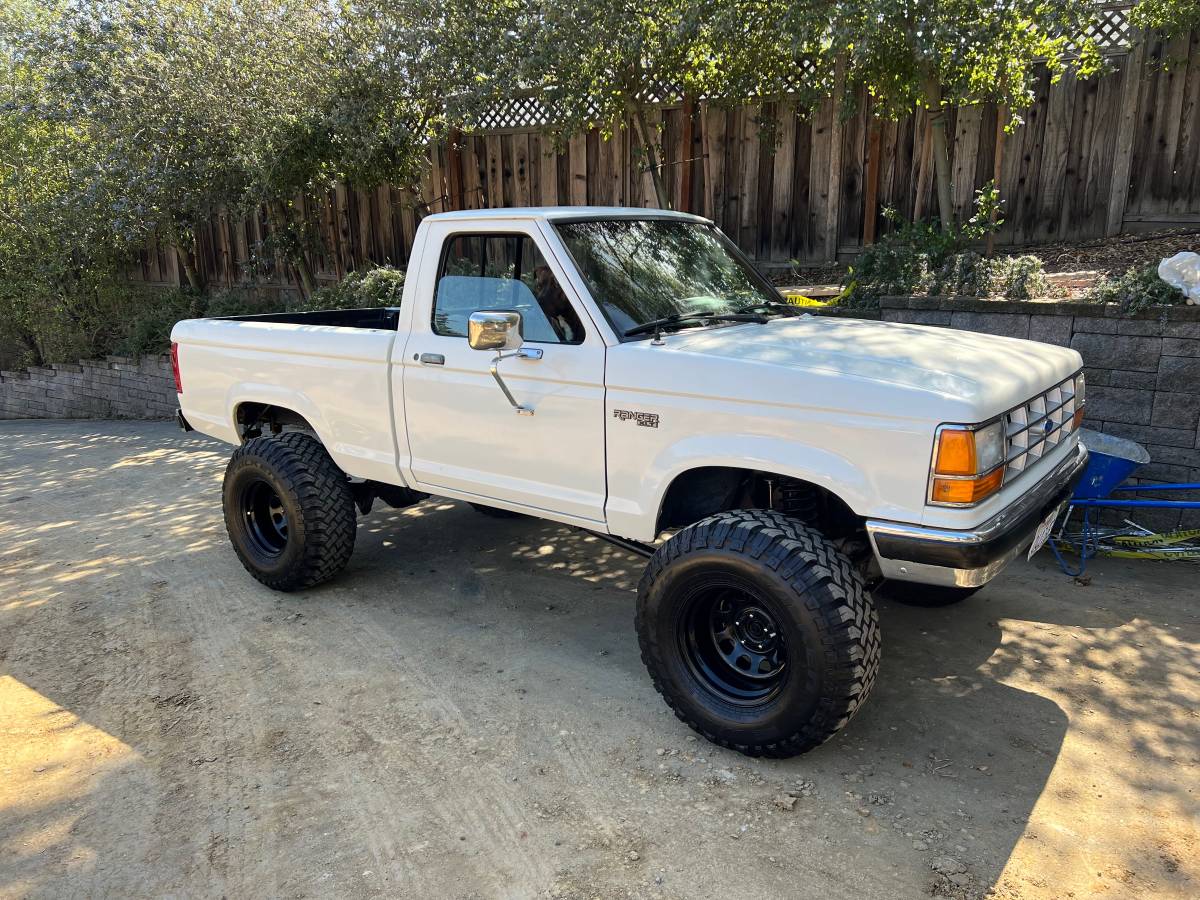 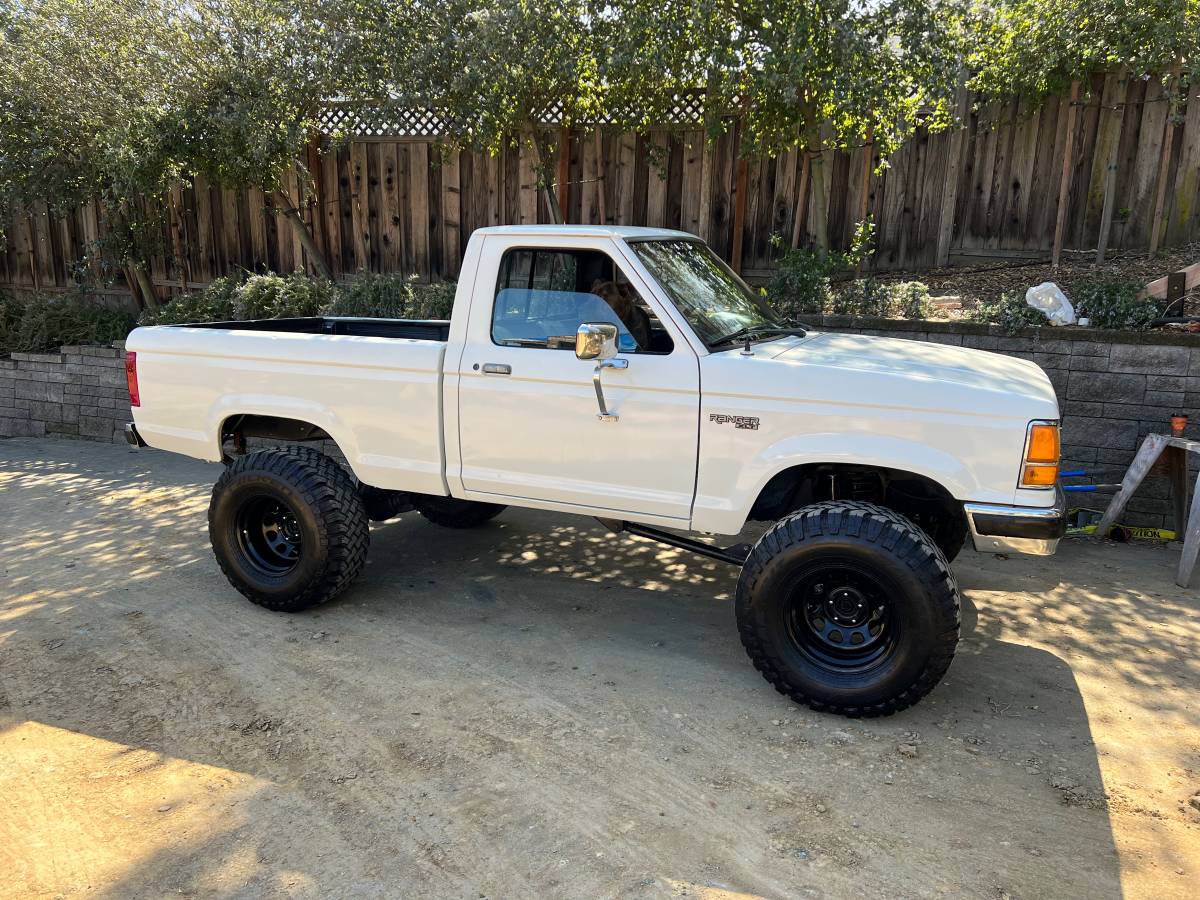 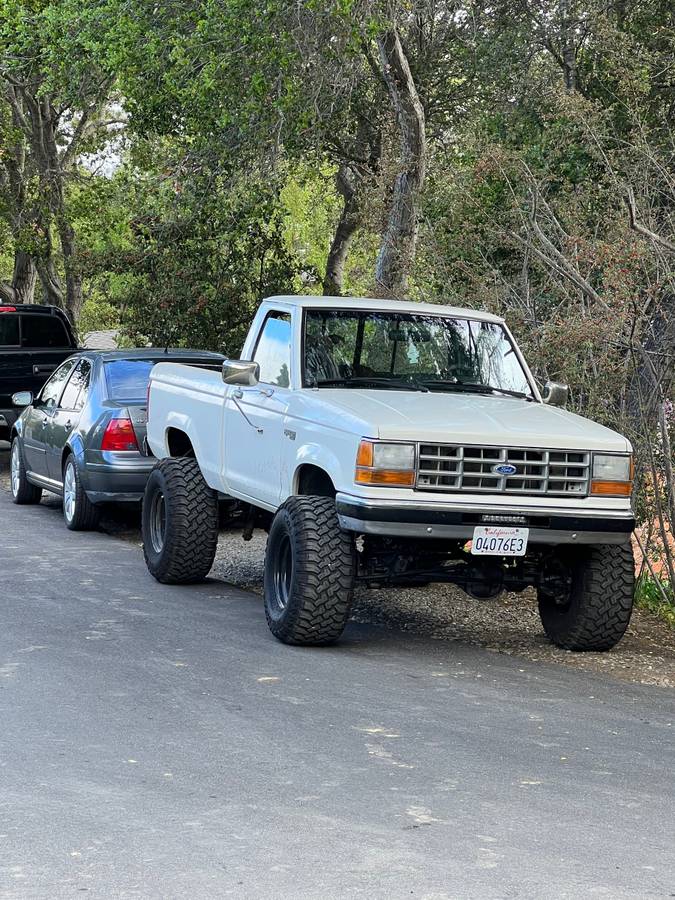 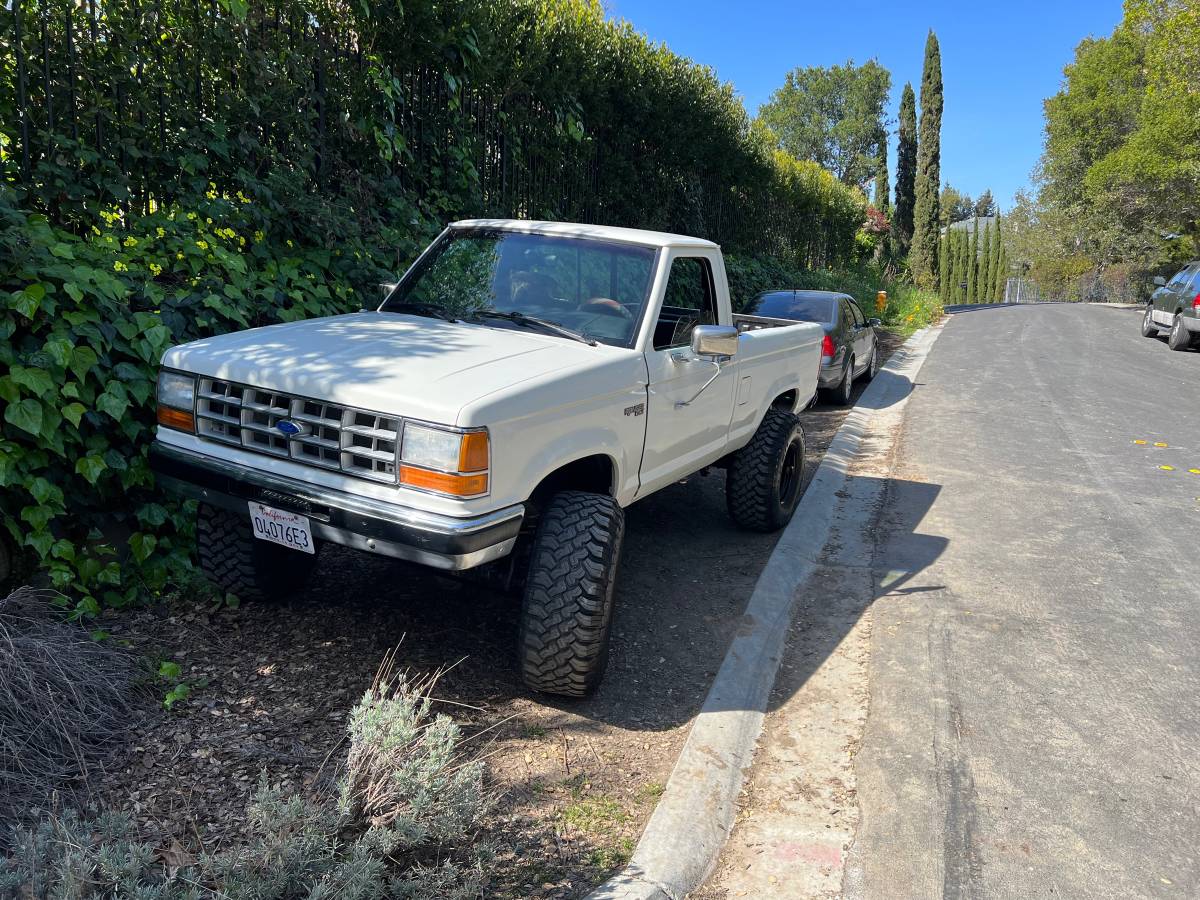 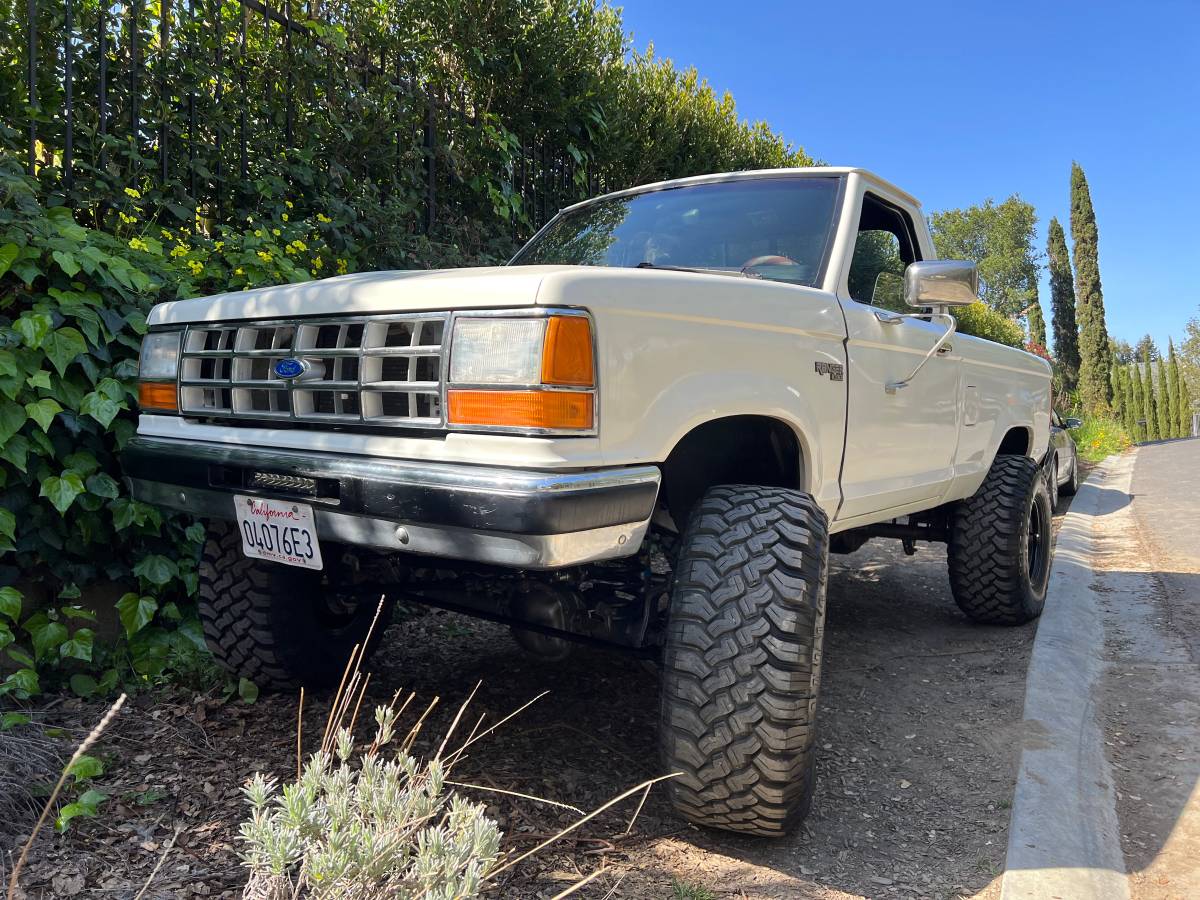 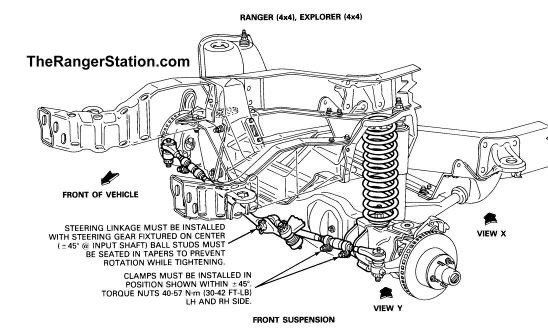 Traditional four-wheel-drive truck setups relied on traditional solid axles both front and rear. While this setup is very capable off-pavement, the highway ride (especially in leaf-spring setups) can rattle your dental fillings.  Ford had a better idea when it launched its Twin Traction Beam (“TTB”) front suspension in the four-wheel-drive-equipped Ford Ranger produced from 1983-to 1997. TTB provided the benefits of four-wheel-drive traction with better on-road handling and comfort. Unfortunately, hardcore Ford off-road enthusiasts find this complex setup prone to failure in severe applications.  Consequently, a popular conversion in the Ford 4×4 world is the Solid Axle Swap, better known as a just “SAS” conversion.  This 1989 Ford Ranger XLT originally listed in April 2022 on Craigslist in the Half Moon Bay area of San Francisco, California features a SAS conversion. The seller reports that in addition to the suspension update, their Ranger features a “fresh” engine and transmission with only four hundred miles.

For the 1983 model year, Ford introduced the Ranger for the United States and Canada. Replacing the Courier (a rebadged Mazda B1800), the Ranger was the first compact pickup truck designed by Ford. Using the same chassis architecture, three generations of the Ranger were produced across its 29-year production run. The model line underwent major redesigns for 1993 and 1998, a mid-cycle update in 1989, with smaller updates for 2001, 2004, and 2006. Just a nice basic little truck that, with four-cylinder power, provided decent fuel economy.

With a full undercarriage restoration combined with a fresh powertrain, there is a lot to like about what appears to be a rust-free west coast Ford Ranger.  If you’ve been thinking about building your own serious Ford Ranger offroader, this completed 1989 Ford Ranger XLT may be the cheaper alternative you can enjoy immediately.

“Hey guys, selling my custom 89 ranger with a SAS. Dana 30s, brand new tires, fresh brake pads, steel braided brake lines, sway bar delete, custom transfer case armor, so much work has gone into the build, all from the owner of zooted automotive. The truck is one of a kind, in incredible condition, runs like a top, and can be daily driven. has been taken down to frame and powder coated, no rust anywhere, colonial white paint with a clear coat. 400 miles on a fresh motor and transmission,
Come check out some time!
The truck passes smog with no problem. Everything has been recently done to it. This truck was a complete teardown and rebuild, my loss your gain!
Also not pictured, but I’m currently working on an extra 50-inch curved lightbar, half bed roll bar that will probably go with the truck.”

Do you have a SAS converted Ford Ranger story to share?  If so, comment below and let us know!