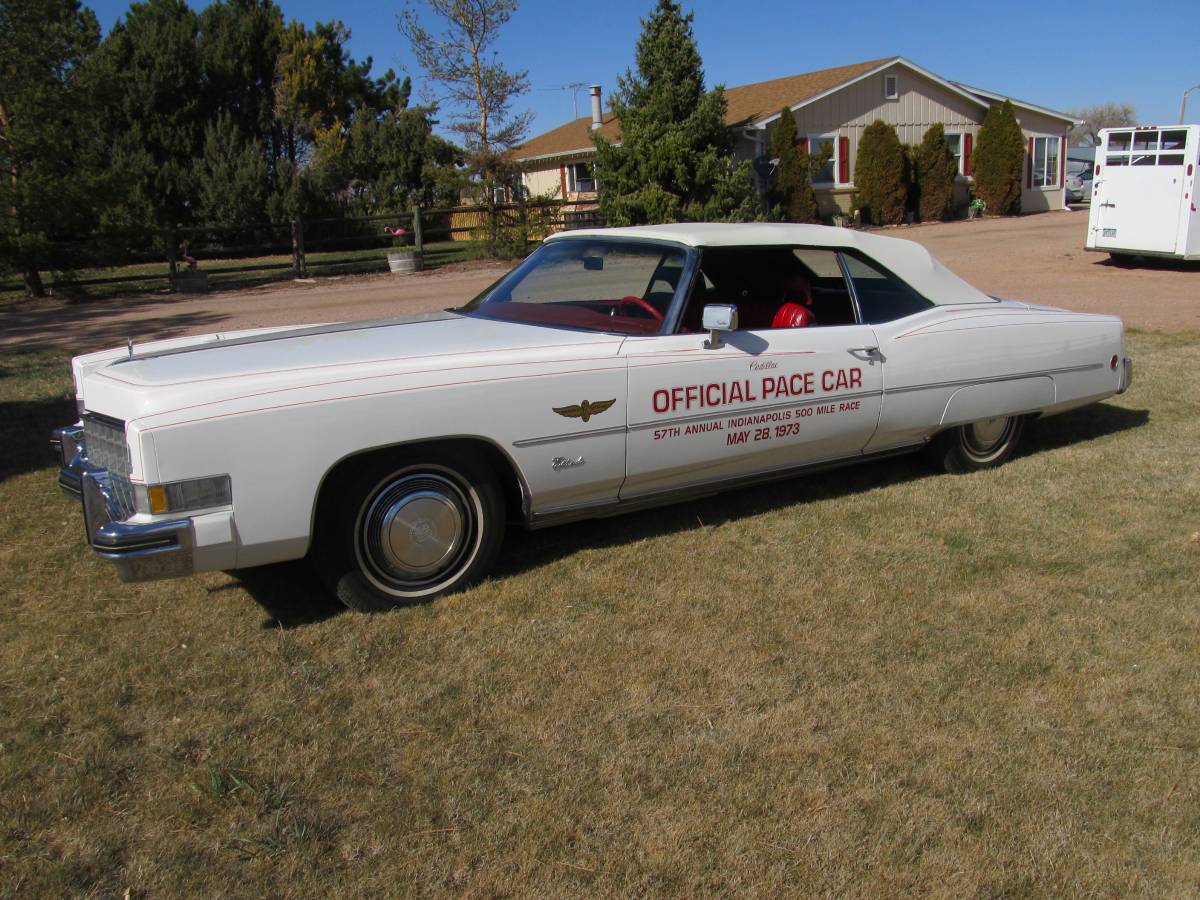 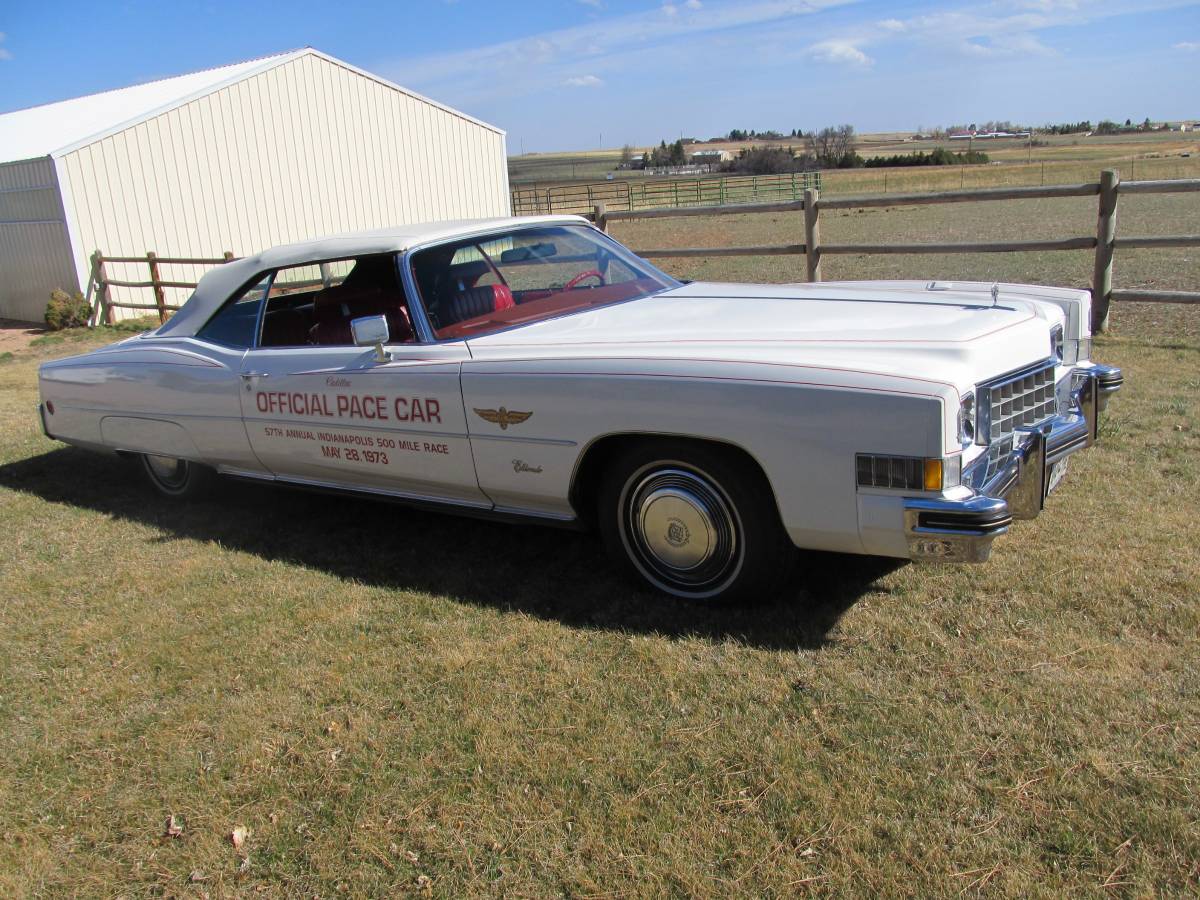 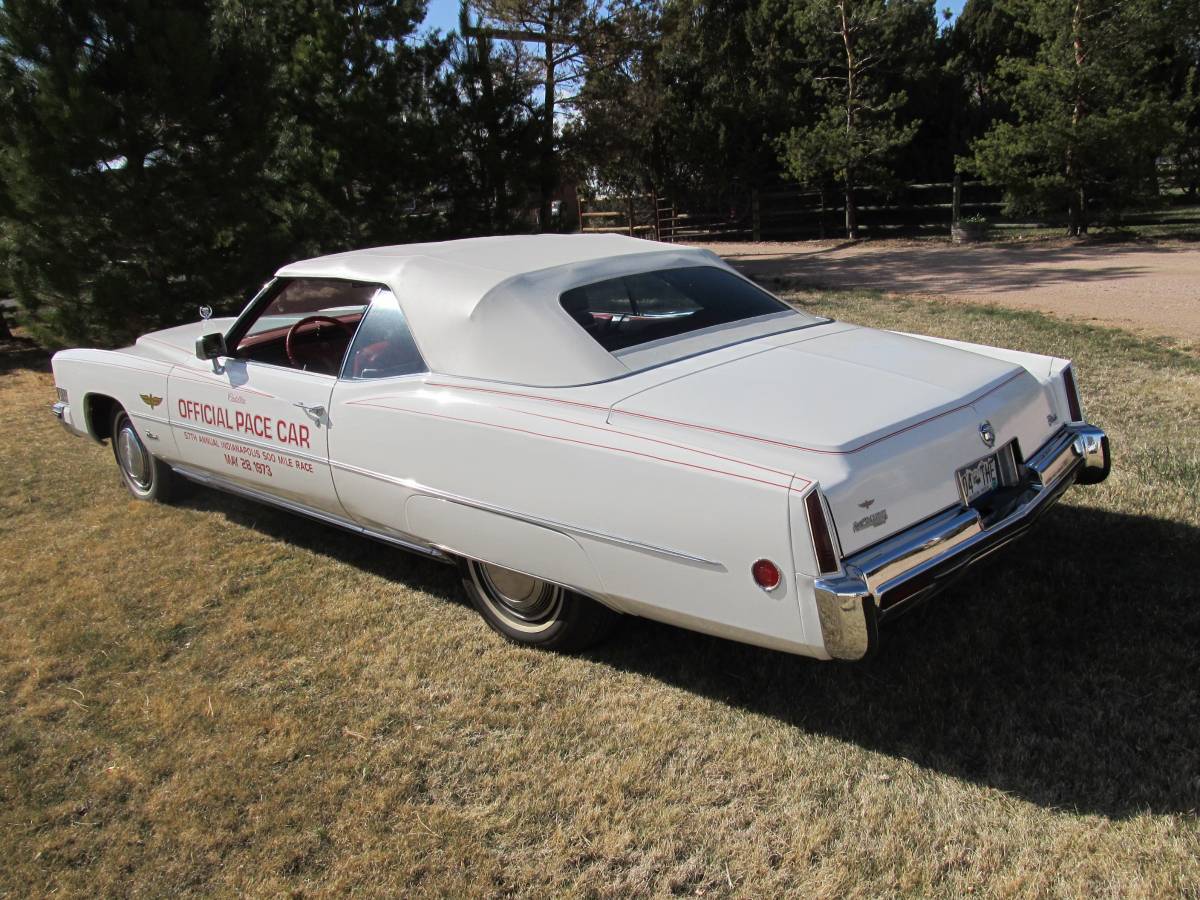 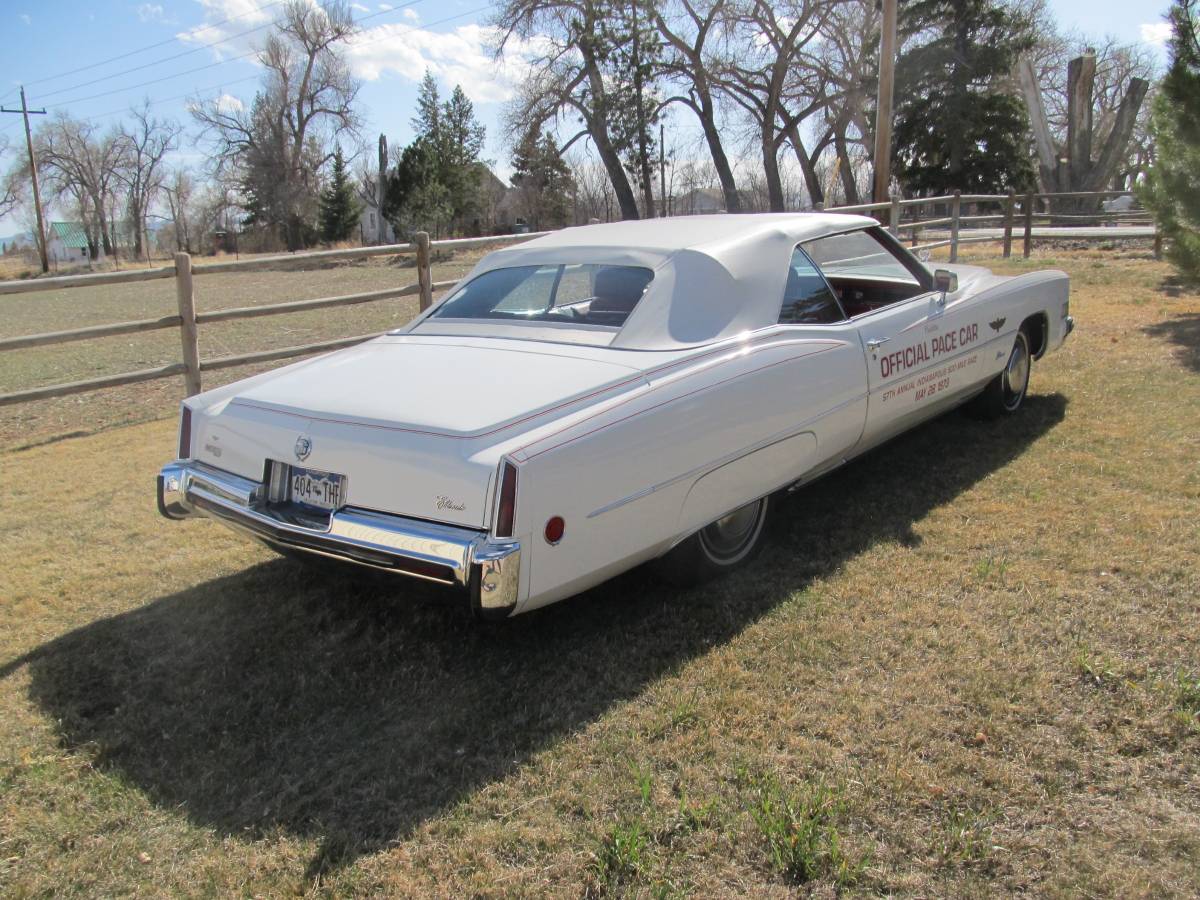 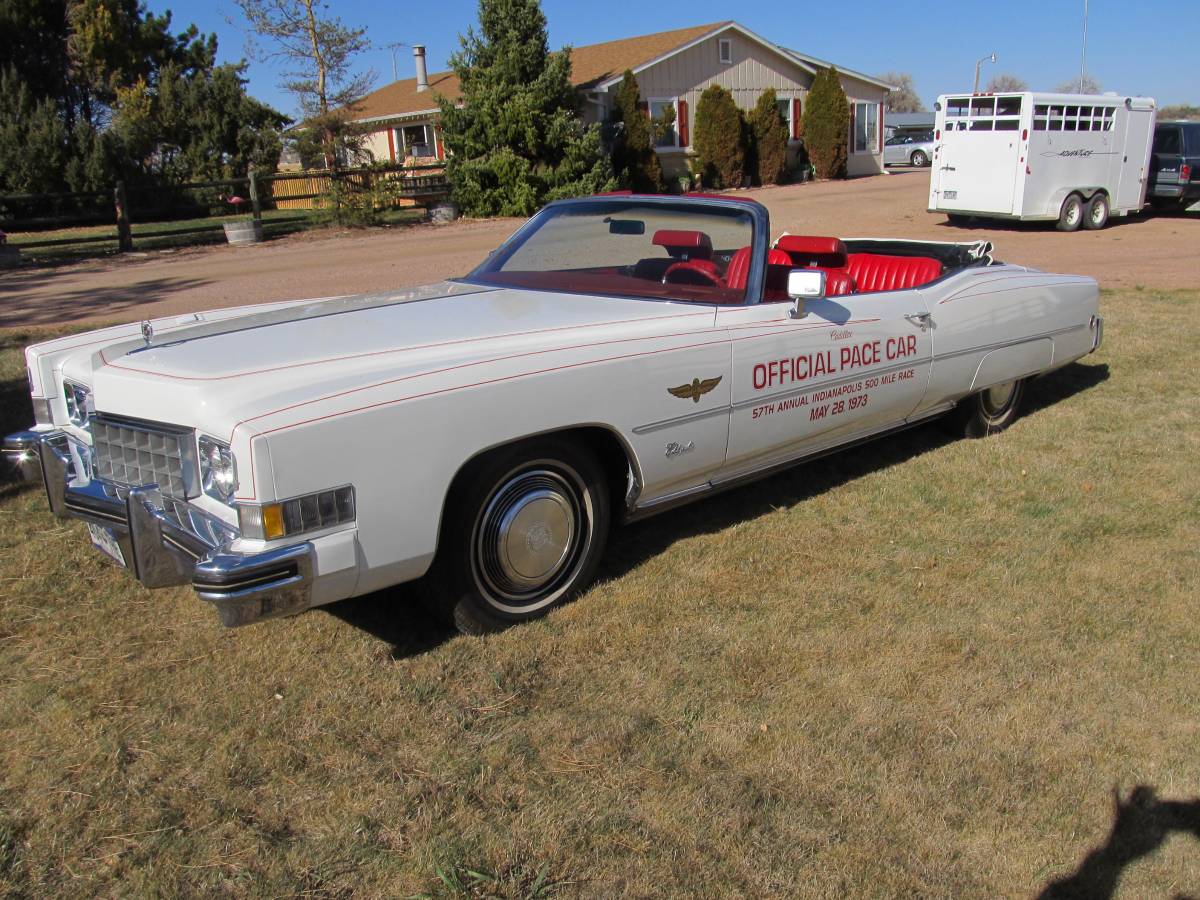 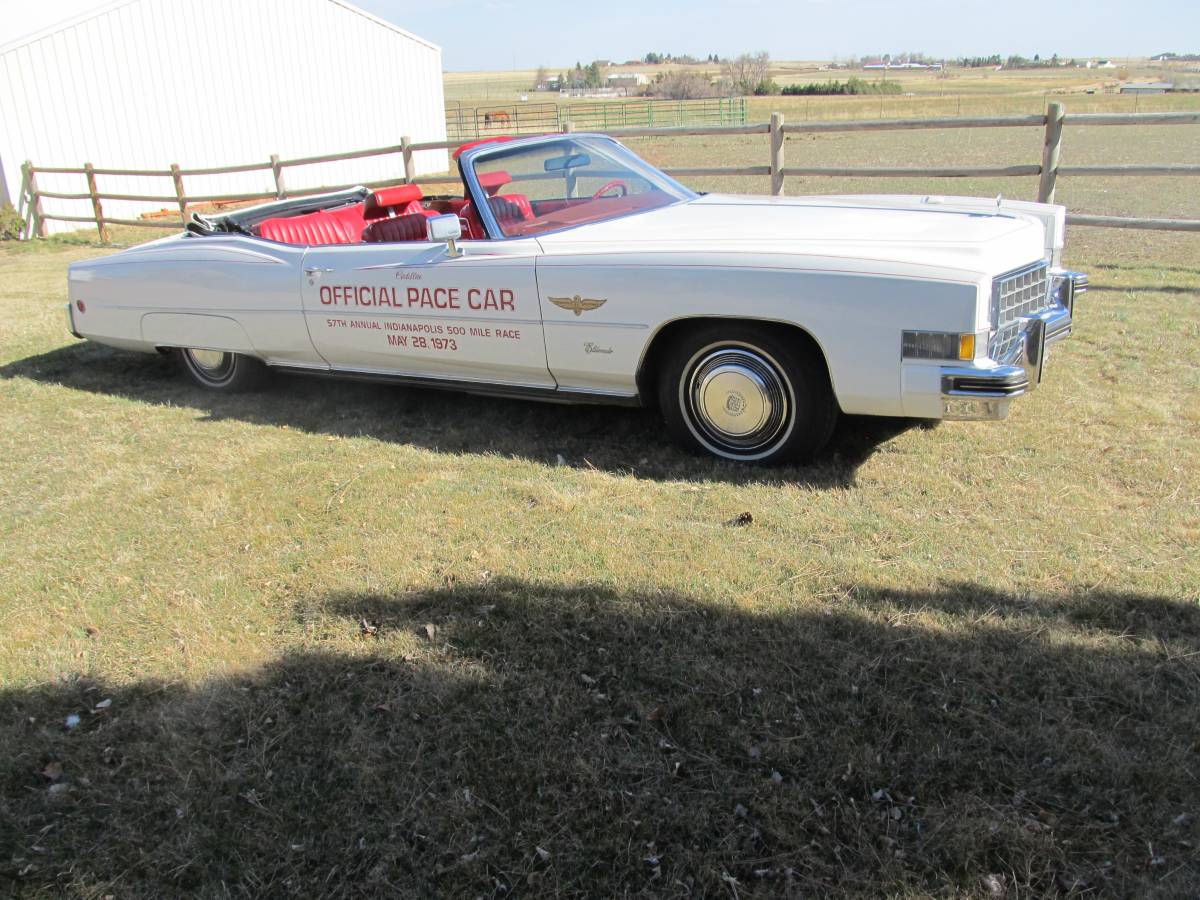 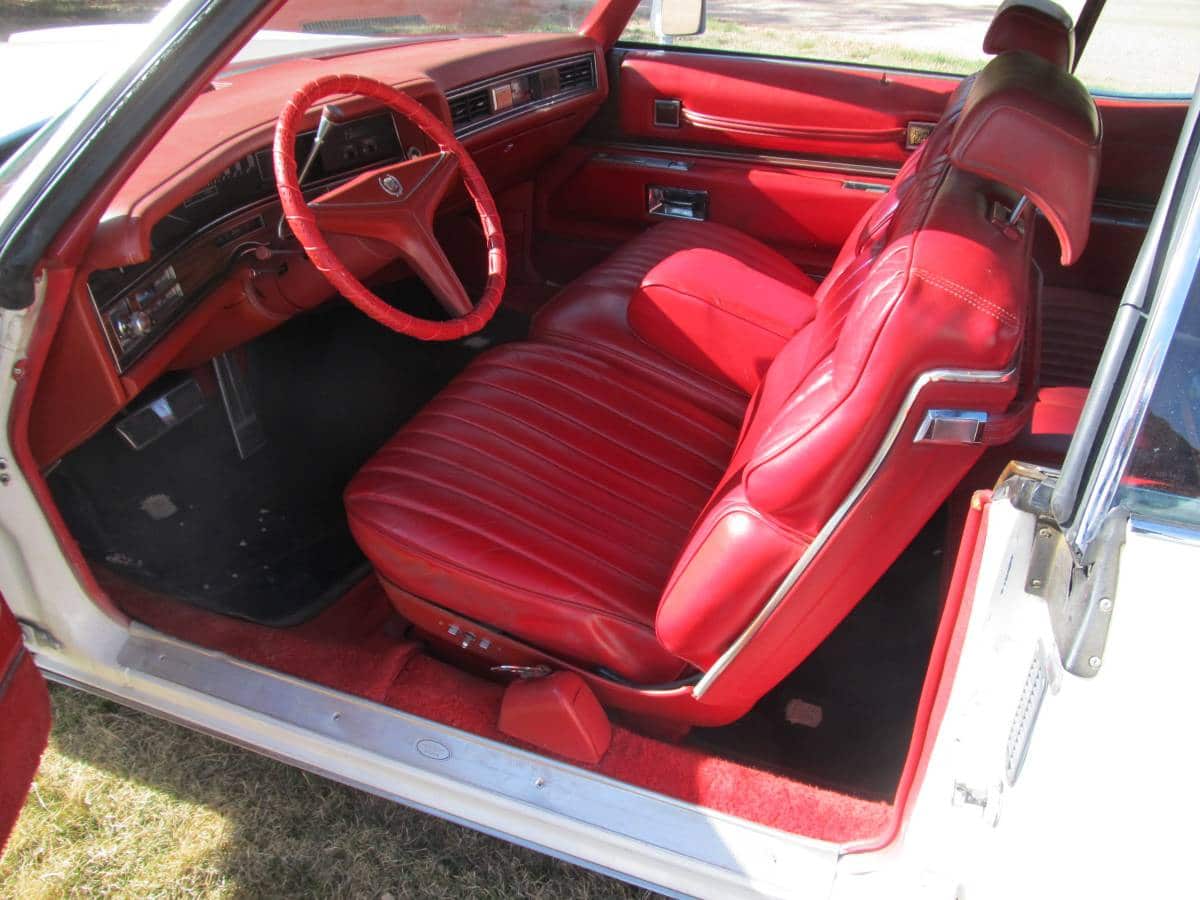 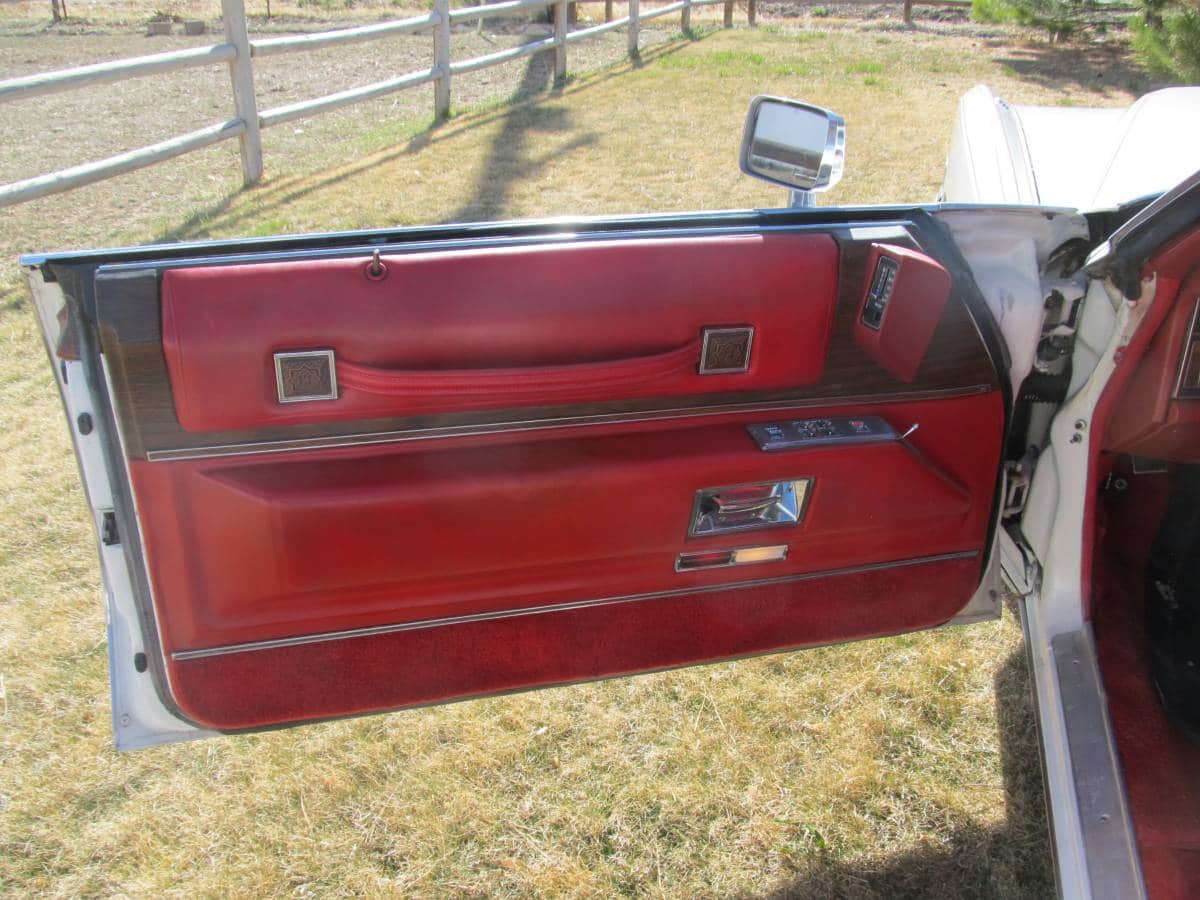 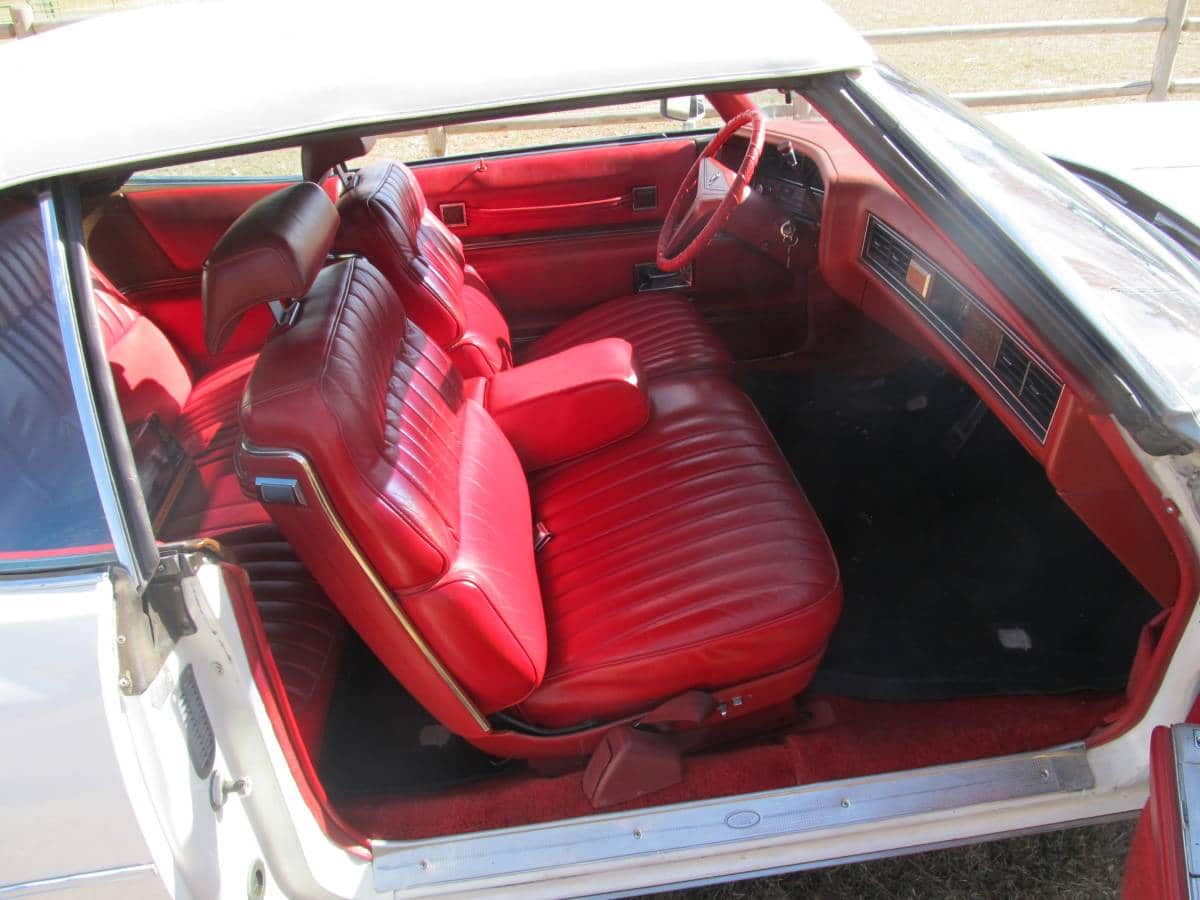 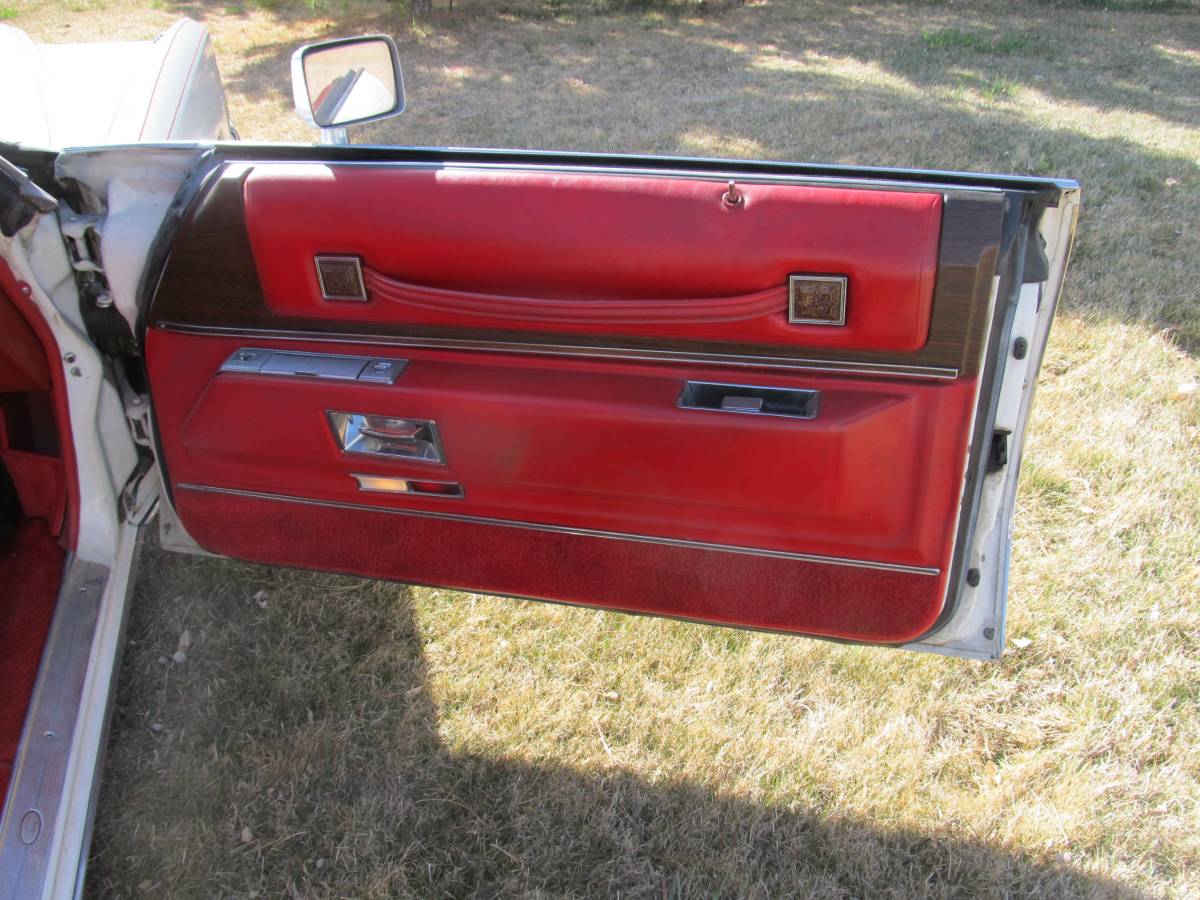 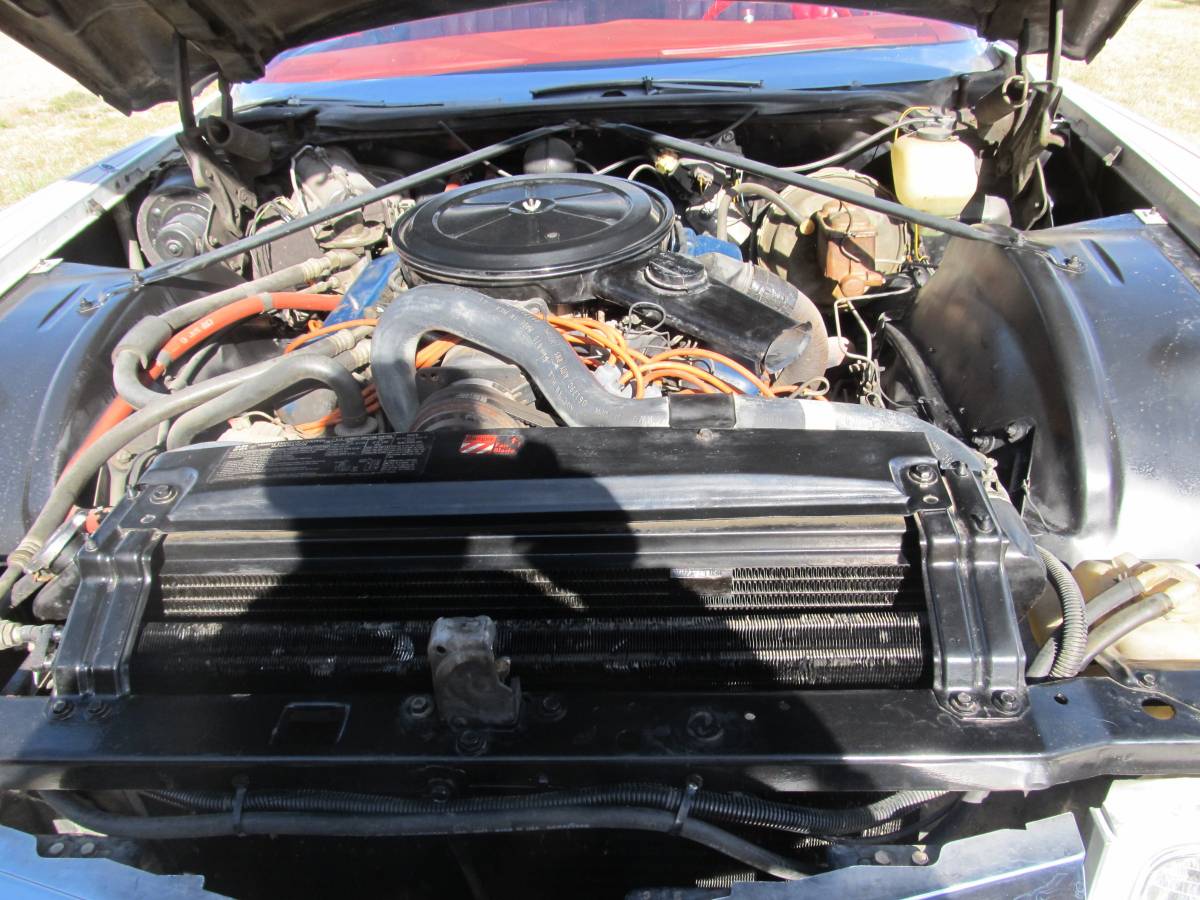 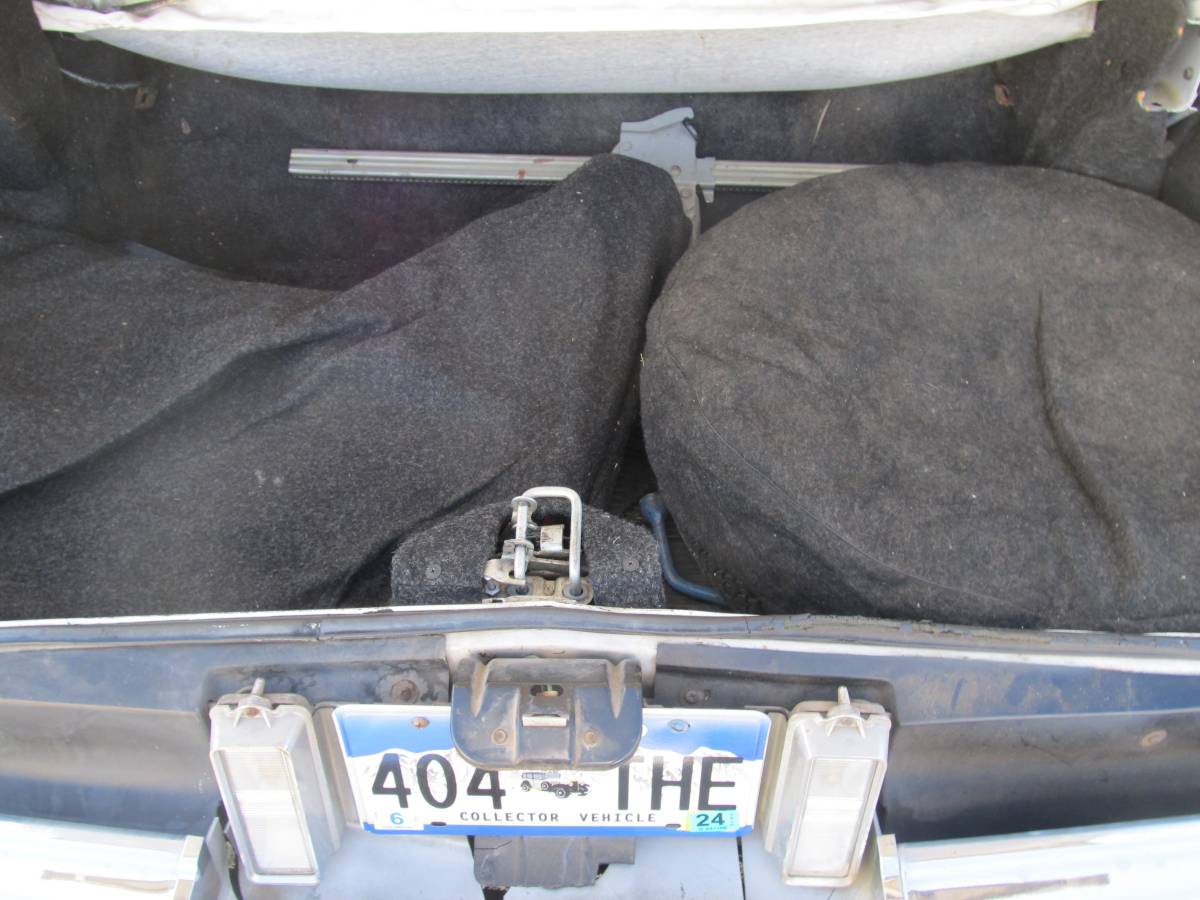 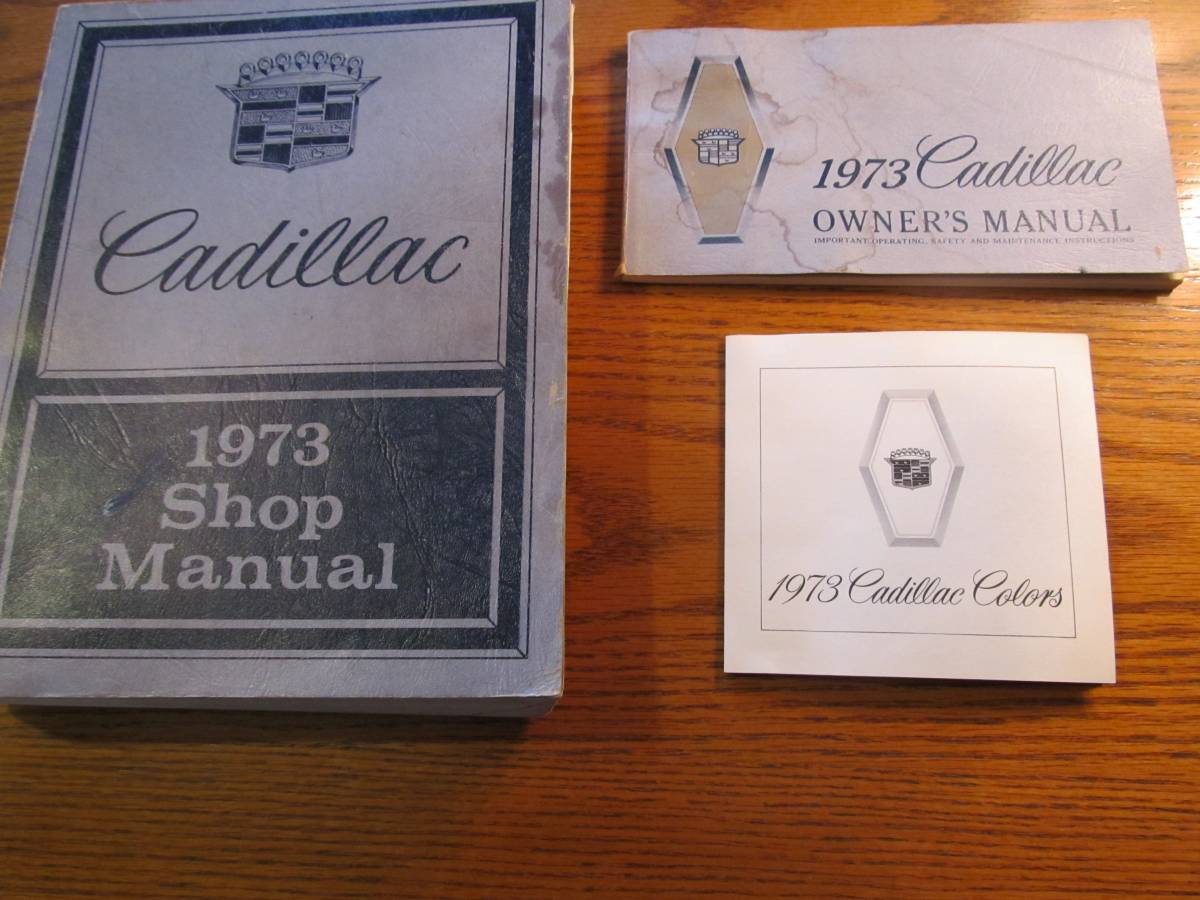 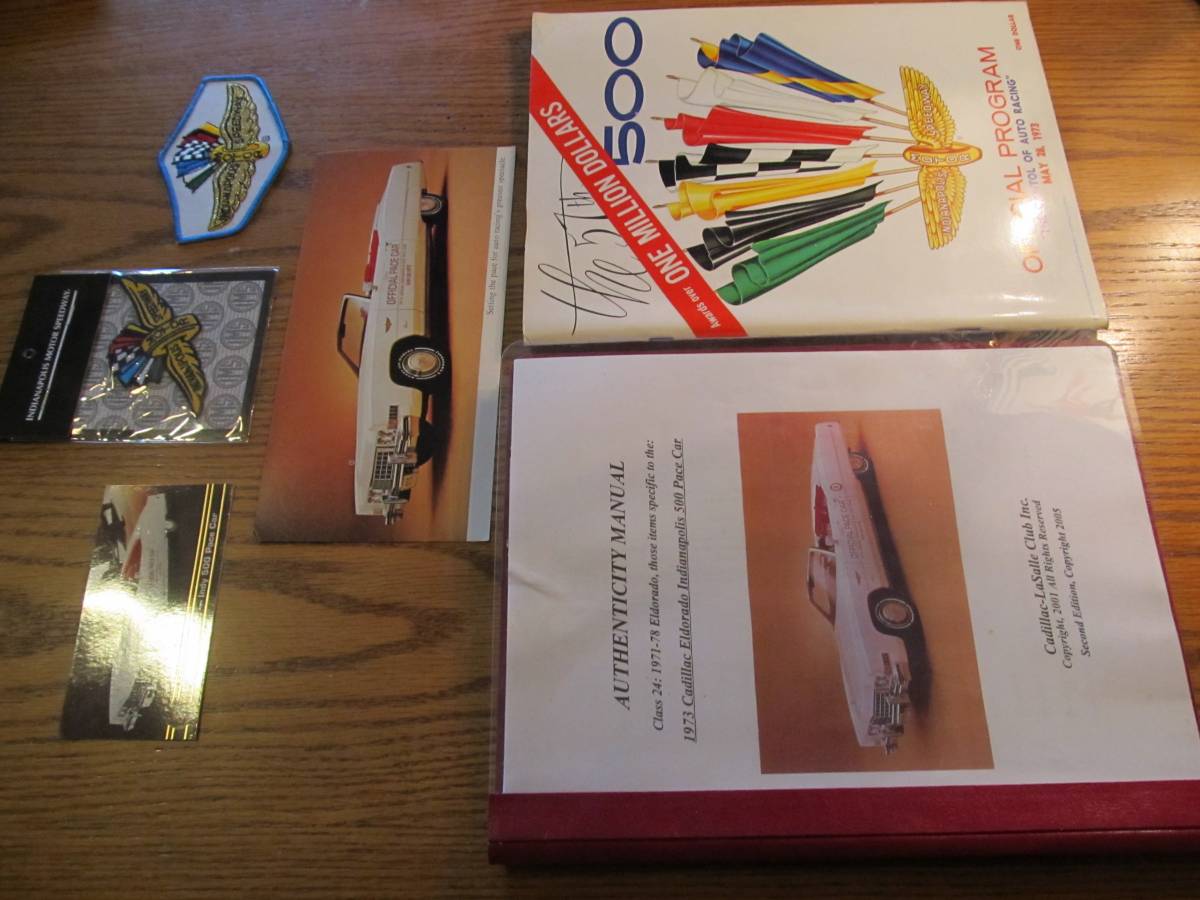 The 1973 Indianapolis 500 was one of the darker races in the event’s history for several reasons.  First, intermittent bad weather forced the typical 500-mile race to extend over several days until officials declared Gordon Johncock the winner on Wednesday, May 30, 1973, after only 133 laps (332+1⁄2 mi).  Sadly, two major accidents claimed the lives of two drivers and one pit crew member while another driver was critically injured. Then there was the odd choice of pace car: the front-wheel-drive, 8.2 Liter powered, 1973 Cadillac Eldorado convertible. Odder was the fact Cadillac provided one replica for retail sale to every one of their dealers at the time.  The seller reports their 1973 Cadillac Eldorado convertible originally listed in April 2022 on Craigslist west of Wellington, Colorado (Fort Collins) is one of only seventy examples believed to be still in road-worthy condition.

Currently offered for $37,000, Classic.com, the analytics and search engine for the collector car market, reveals the ask is much higher than this guide’s five-year average of $16,708 based on 25 sales ranging from $2,200 to $34,000. Worth noting, however, is that none of these sales featured an Indy 500 pace car.  Interestingly, the Collector Car Market Review Online Tool provides a slightly different take as the seller’s ask is well above this guide’s #1 “Excellent” appraisal of $26,600 with no adjusts provided for pace car replicas.

Inside, there was a new curved instrument panel and redesigned seats. A fiber-optic “lamp monitor” system, which displayed the functionality of the headlamps, parking lamps, tail lamps, brake lights, and turn signals was mounted on each front fender and the shelf below the rear window. This 126.3-inch wheelbase version Eldorado would run through 1978, receiving major facelifts in 1973, 1974, and 1975.

In 1973, the Eldorado was removed from the Fleetwood series and reestablished as its own series.  The 1973 models received a major facelift, featuring a massive egg-crate grille, new bumpers, decklid, rear fenders, and taillamps. Interiors featured new “soft pillow” door panels, with larger, sturdier pull-straps. The rear “lamp monitor” display which showed the driver the function of the turn signal, brake, and taillamps, was relocated (except on the convertible) from the rear shelf to the headliner just above the rear glass.

Oddly, the Cadillac Eldorado became the official pace car for the Indianapolis 500 in 1973. Cadillac produced 566 of these special pace car convertibles. Thirty-three were used at the track during the race week, with the remainder distributed to U.S. Cadillac dealers one per dealership. Sales of the Eldorado coupe and convertible soared to 51,451 the highest total for the model during the 1970s and over a sixth of all Cadillac sales for 1973.

The King Rose Archives provides vintage footage of the 1973 Cadillac Eldorados pacing the Indianapolis 500 that year:

Based on the pictures provided, this rare 1973 Indy Pace Car Cadillac Eldorado convertible appears to be a very well preserved example.