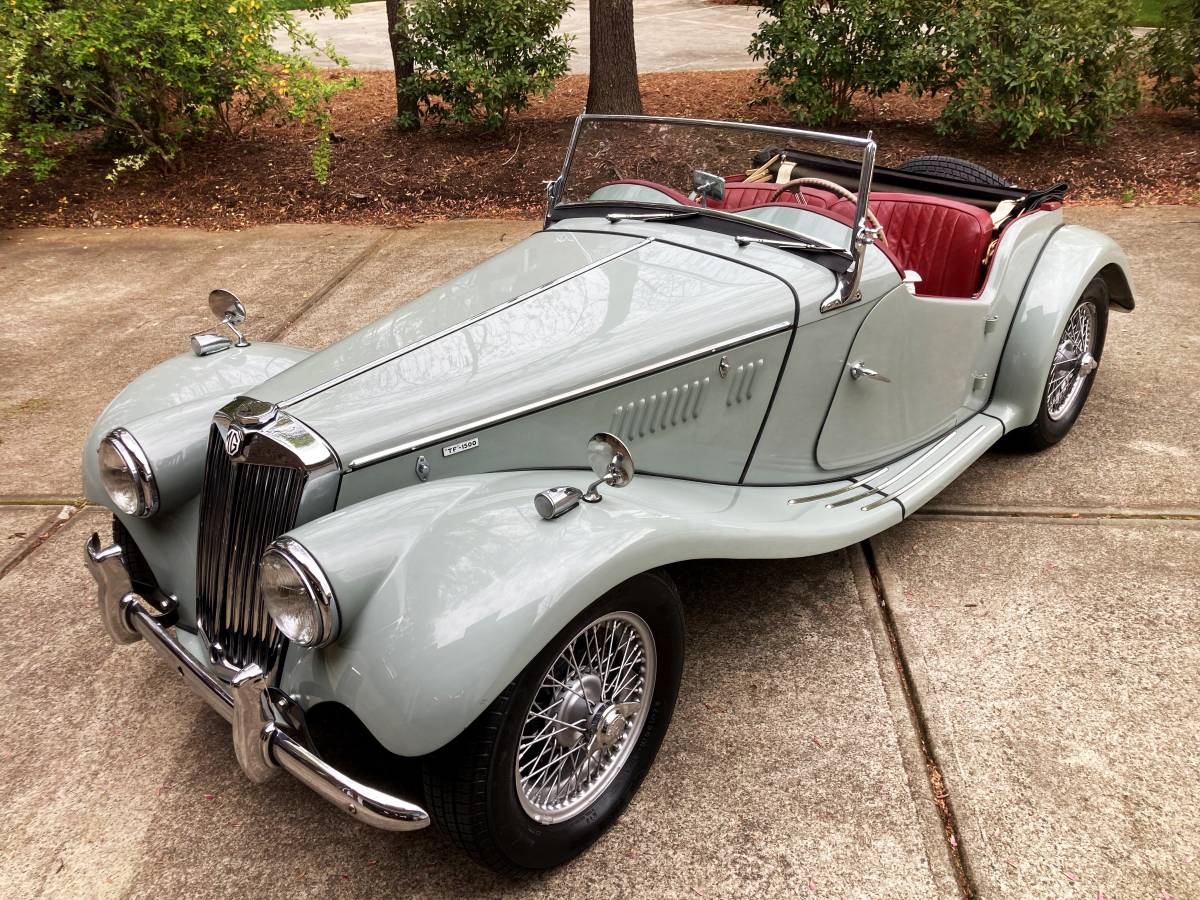 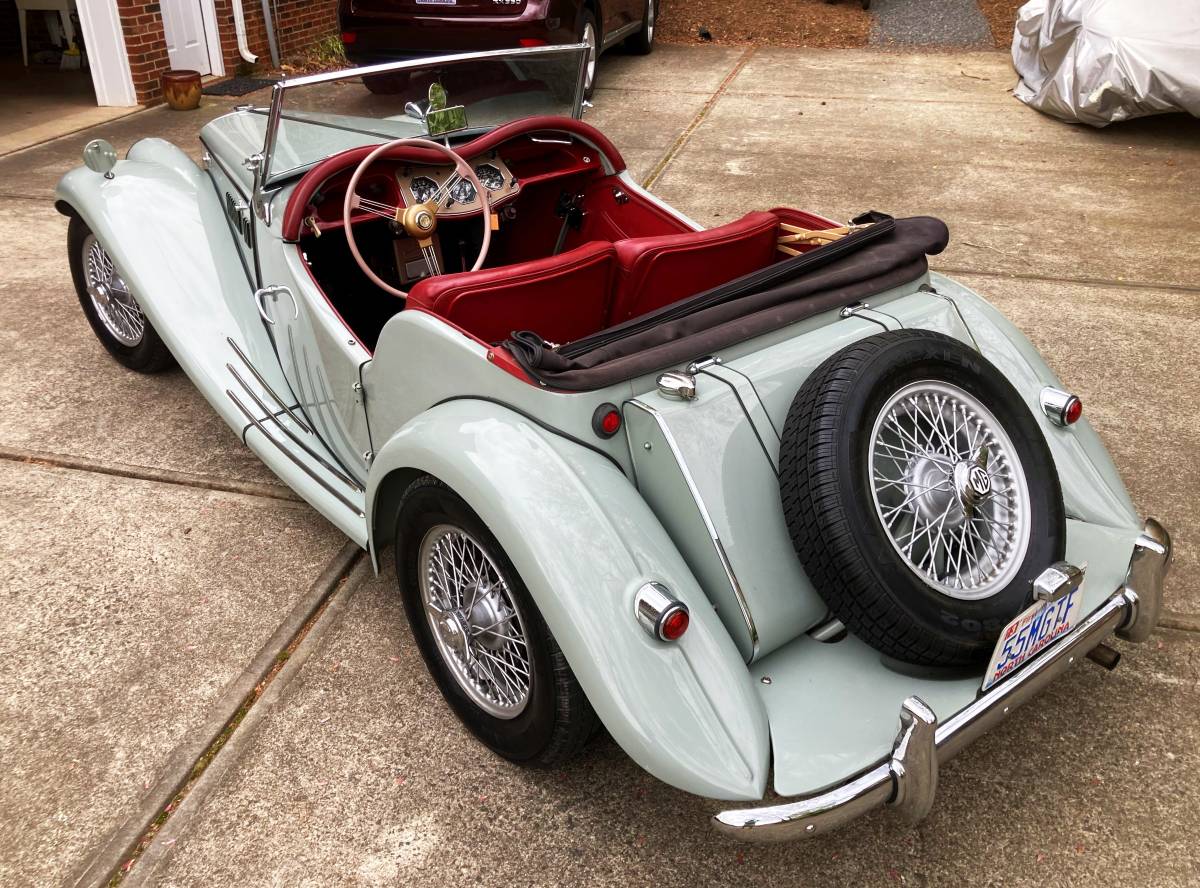 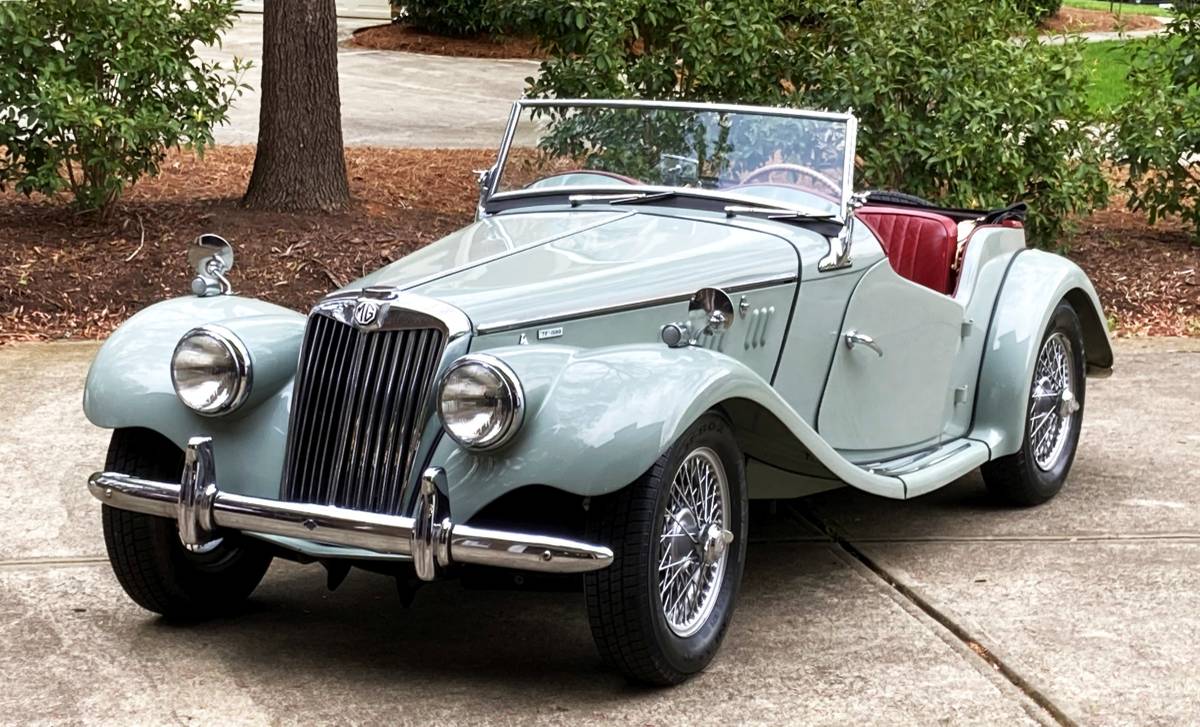 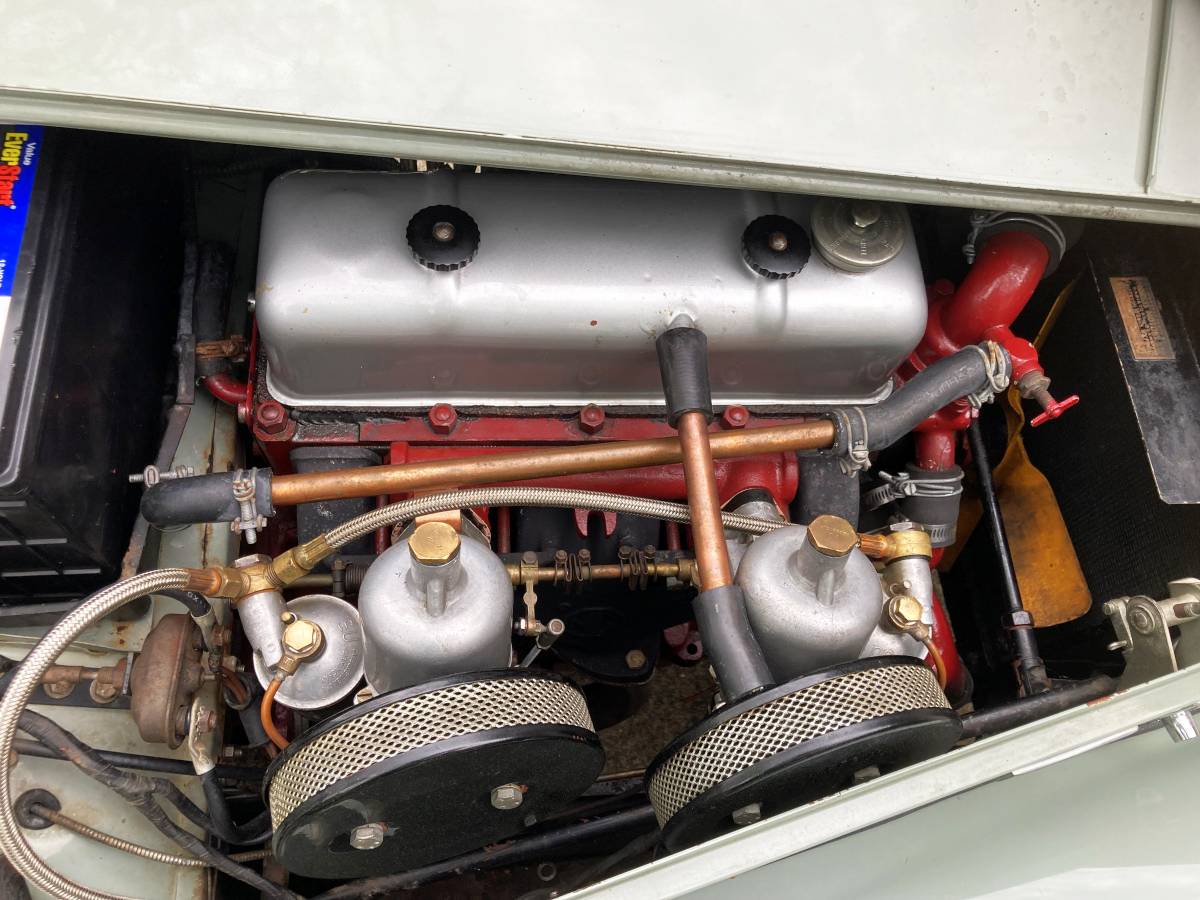 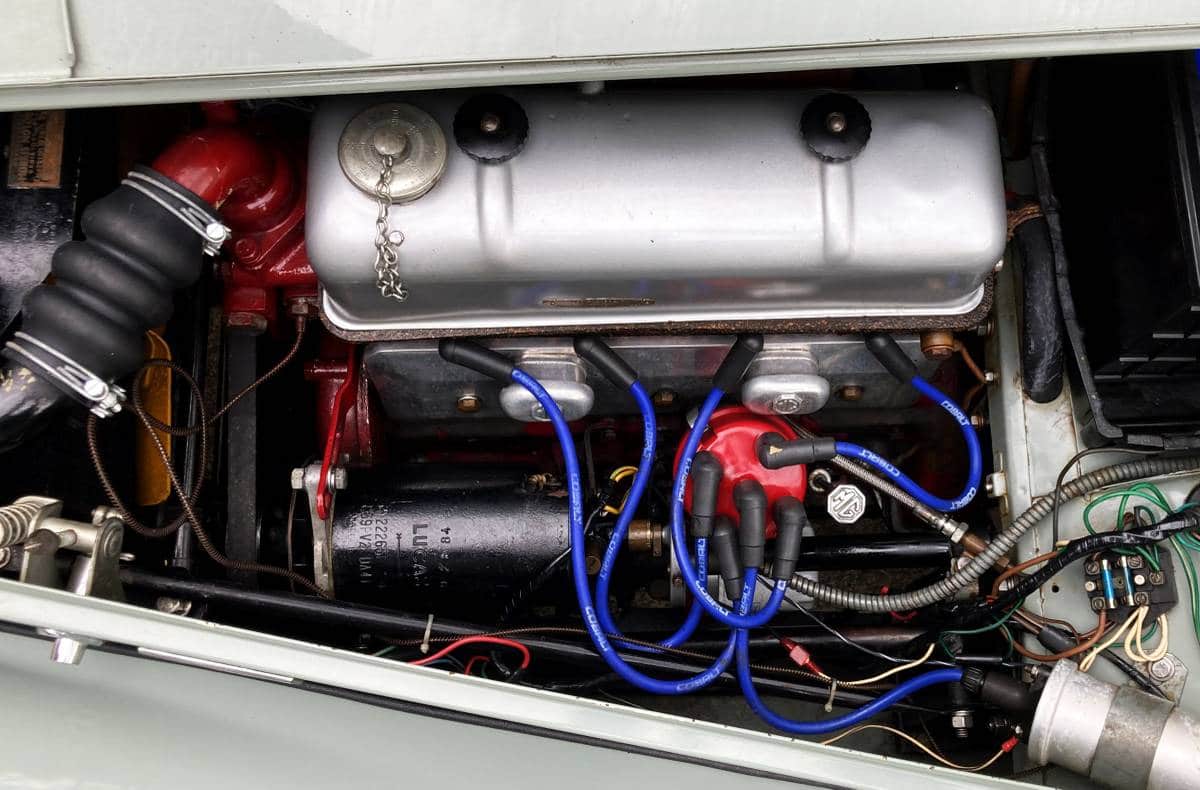 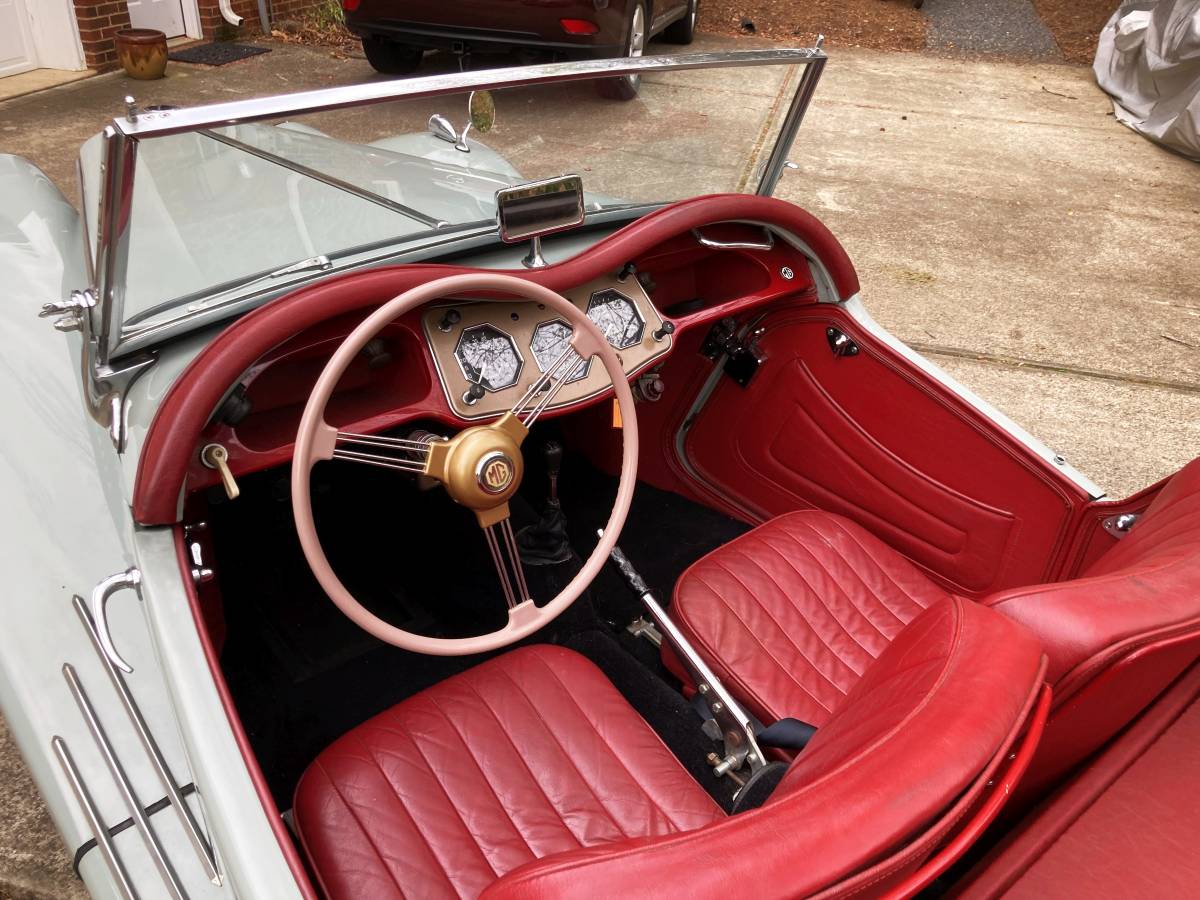 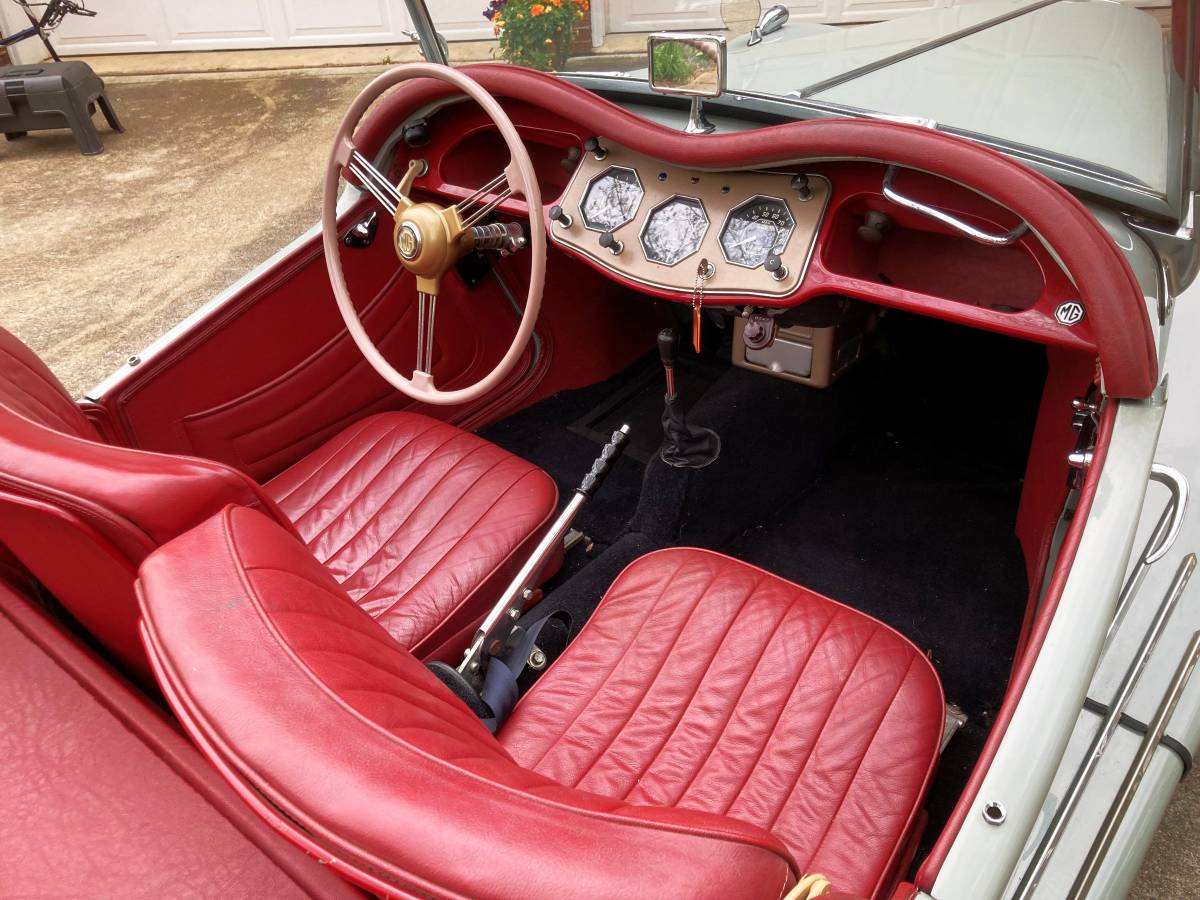 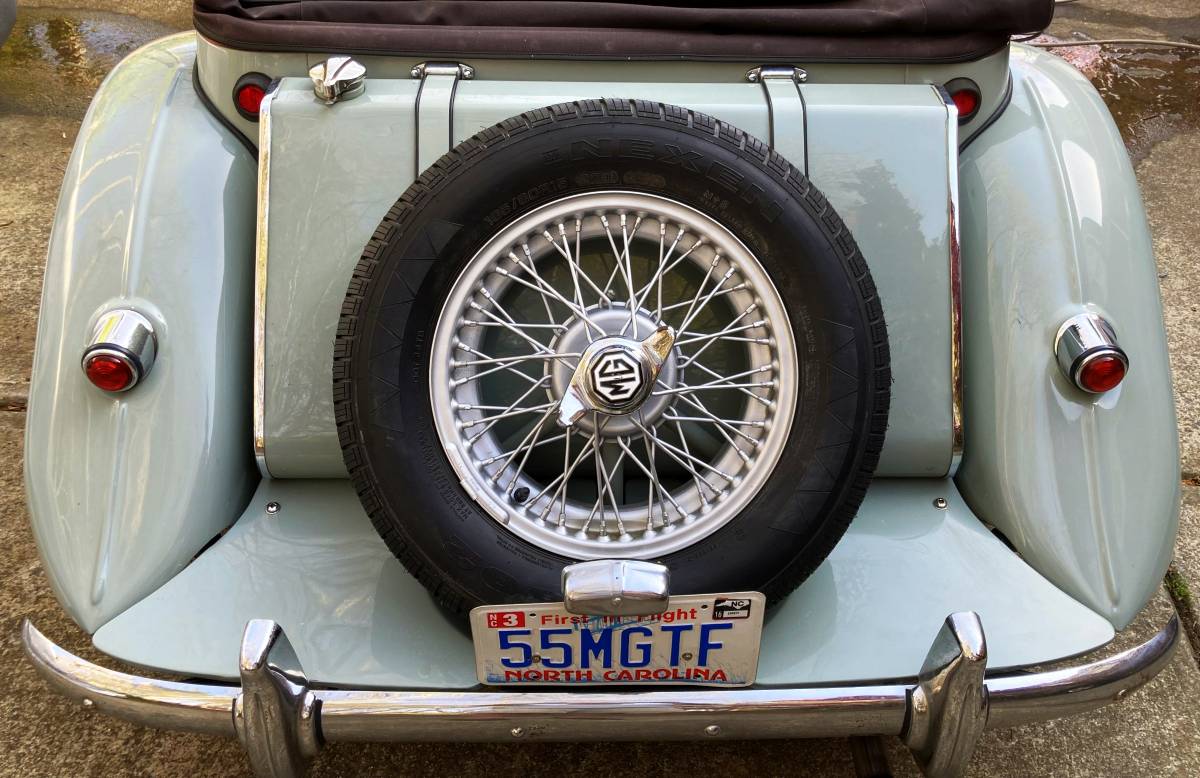 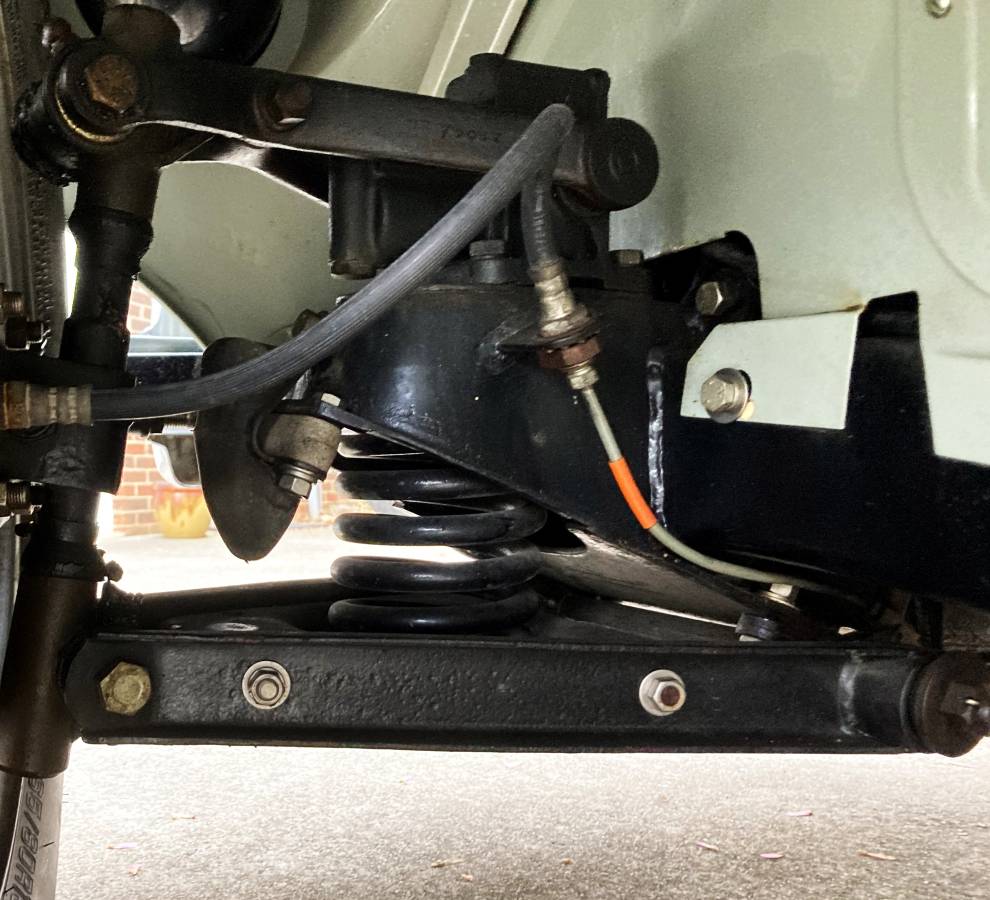 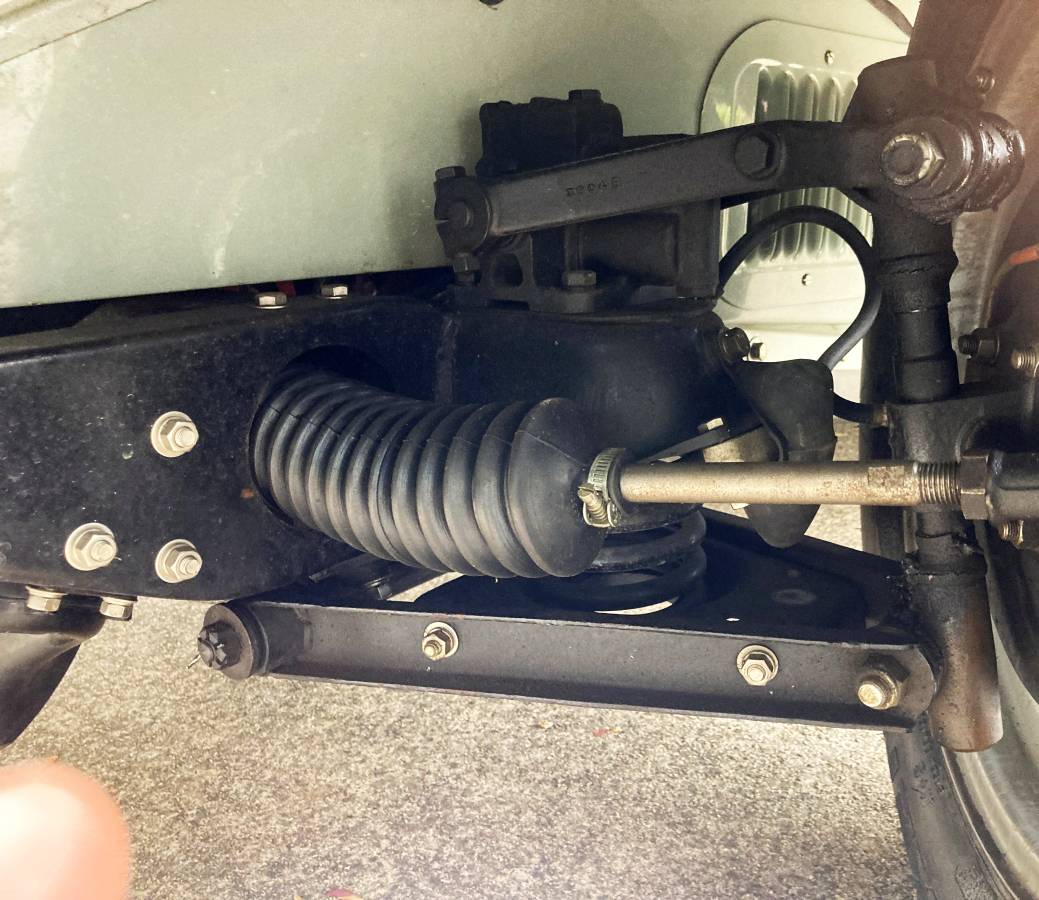 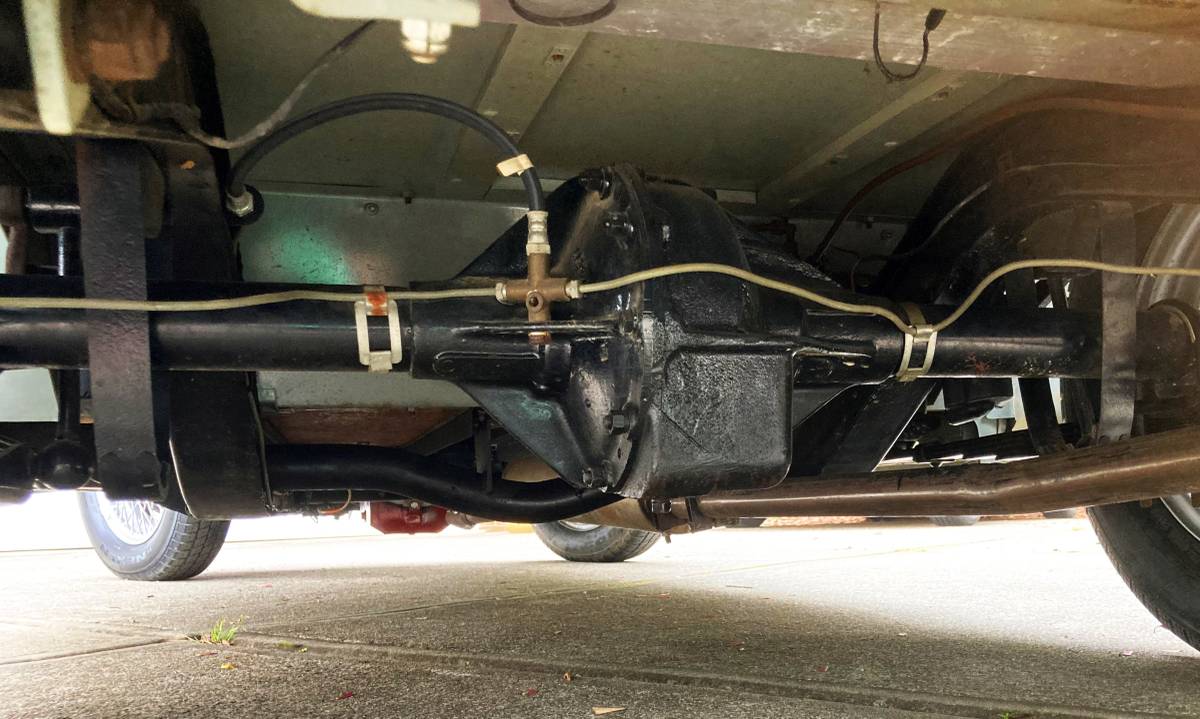 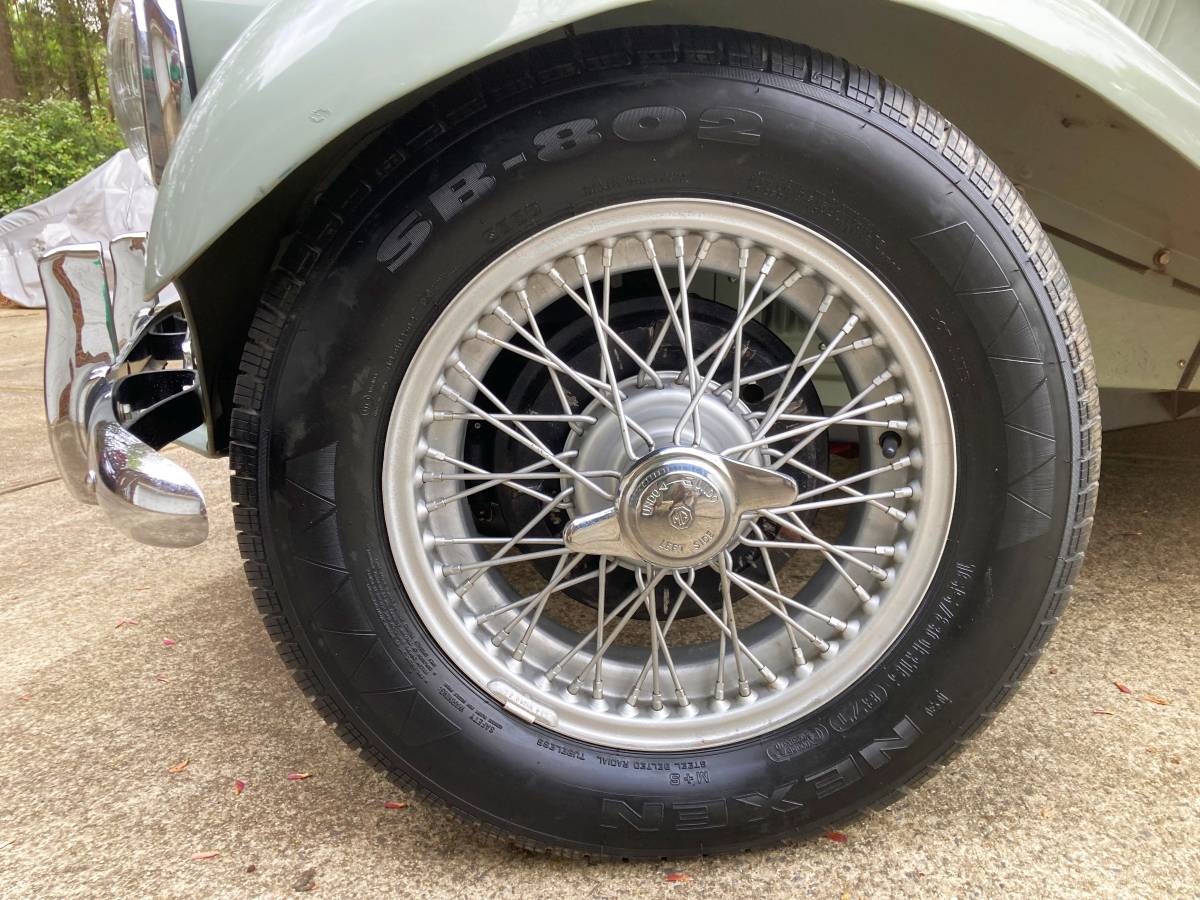 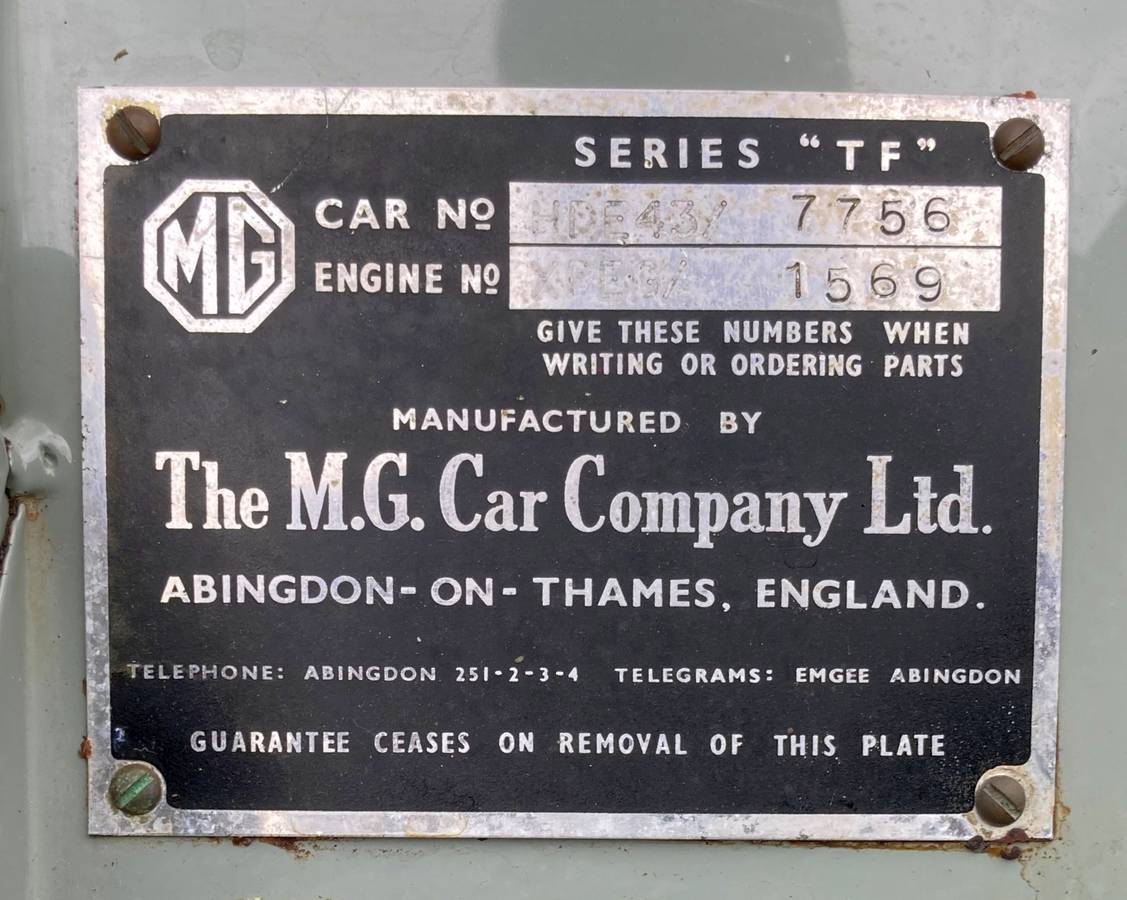 One of the more difficult MG sports cars to spot for sale is the TF produced for only three model years from 1953 through 1955.  In fact, spotting one is so rare that this 1955 MG TF 1500 spotted on Craigslist in April 2022 in Matthews, North Carolina (Charlotte) is the second example we’ve ever featured on GuysWithRides.com. The seller reports this TF 1500 benefitted from an eight-year restoration begun in 1988 and has only traveled three thousand miles since.

Currently offered for $32,500, Classic.com, the analytics and search engine for the collector car market, reveals the ask is about one thousand dollars higher than this guide’s five-year average of $31,523 based on 15 sales ranging from $9,002 to $47,040.  Similarly, the  Collector Car Market Review Online Tool reveals the seller’s ask falls between this guide’s #2 “Very Good” estimate of $26,325 and its #1 “Excellent” appraisal of $37,300.

Morris Garages, better known simply as “MG”, launched the TF Midget, launched in October 1953 was a facelifted TD, fitted with the TD Mark II engine, headlights faired into the wings, a sloping radiator grille concealing a separate radiator, and a new pressurized cooling system along with a simulated external radiator cap. MG engineers increased the engine’s compression ratio to 8.1:1 and fitted extra-large valves with stronger valve springs. This combined with larger carburetors increased output to 57.5 brake horsepower at 5,500 rpm.

In mid-1954, engineers increased the engine capacity to 1466 cc by increasing the bore to 2.8 in and compression raised to 8.3:1. The result was 63 brake horsepower at 5,000 rpm and a seventeen percent increase in torque. The car was designated TF1500 and externally distinguished by a cream background enamel nameplate on both sides of the bonnet, placed just to the rear of the forward bonnet-release buttons.

This video posted on YouTube provides a nice Point Of View (“POV”) perspective on what its like to drive a ’55 MG TF1500:

If you expect nothing less than the best and are in the market for a TF 1500, this Concours restoration example may be the MG for you.

I have owned, serviced, and restored British sports cars for almost 50 years. I drove an MGA to high school in the early ‘70s and still have one today. I restored a ’54 MGTF ground up and have refurbished dozens of British cars including MGB, MGTD, and MGTC. I know these cars as well as anyone and can attest that this 1955 MGTF 1500 is an exquisitely restored example of the most desirable MGTF.

In the mid-eighties, a Southern surgeon purchased TF 7756 with original engine. In 1988, he commissioned a full Concours quality restoration which lasted 8 years. The car was taken down to the frame and carefully rebuilt as new. The restoration is fully documented with work records, invoices and photos. The car has been lightly driven and showed since (3k total miles) and dry stored in a garage built specifically to house the TF.

Show or go: What would you do with this 1955 MG TF in your collection?  Please comment below and let us know!