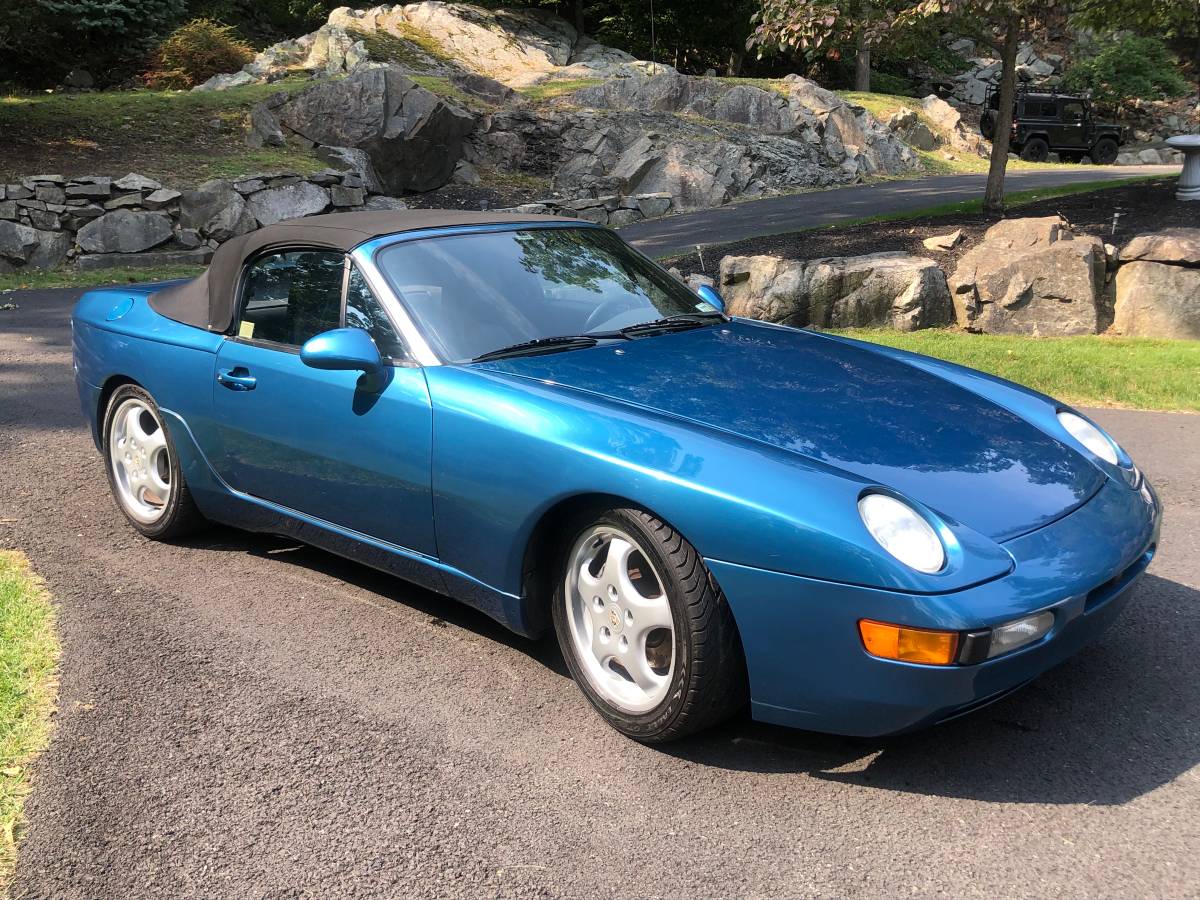 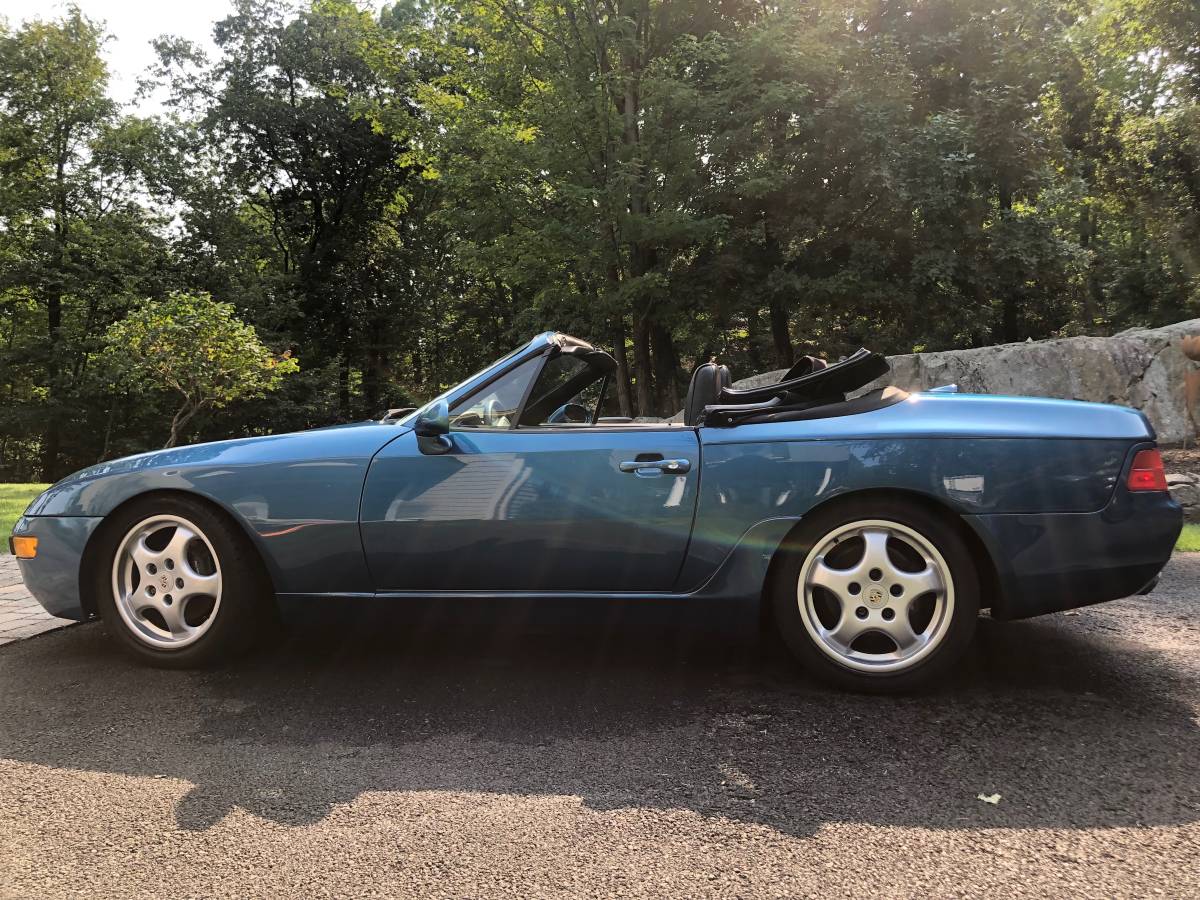 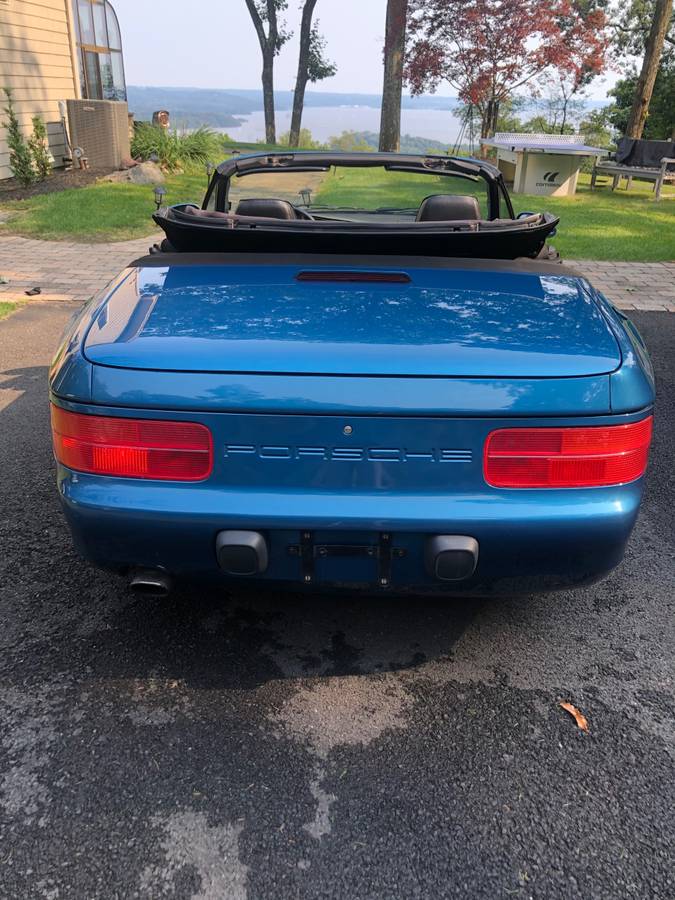 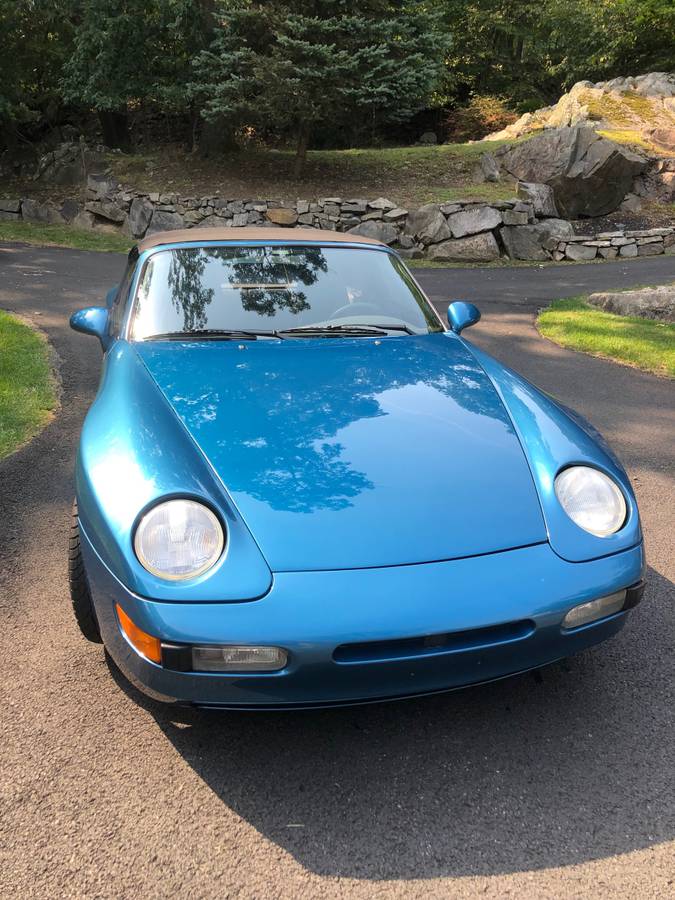 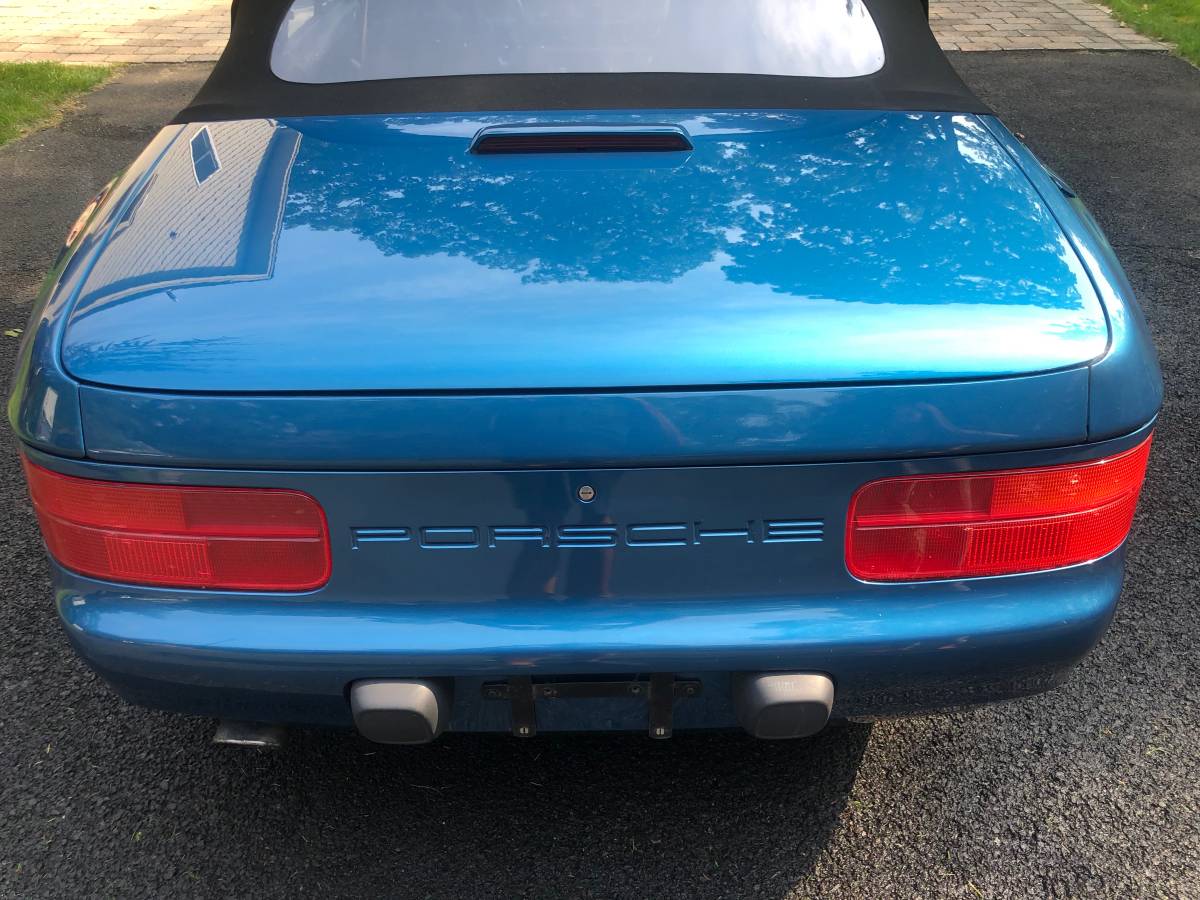 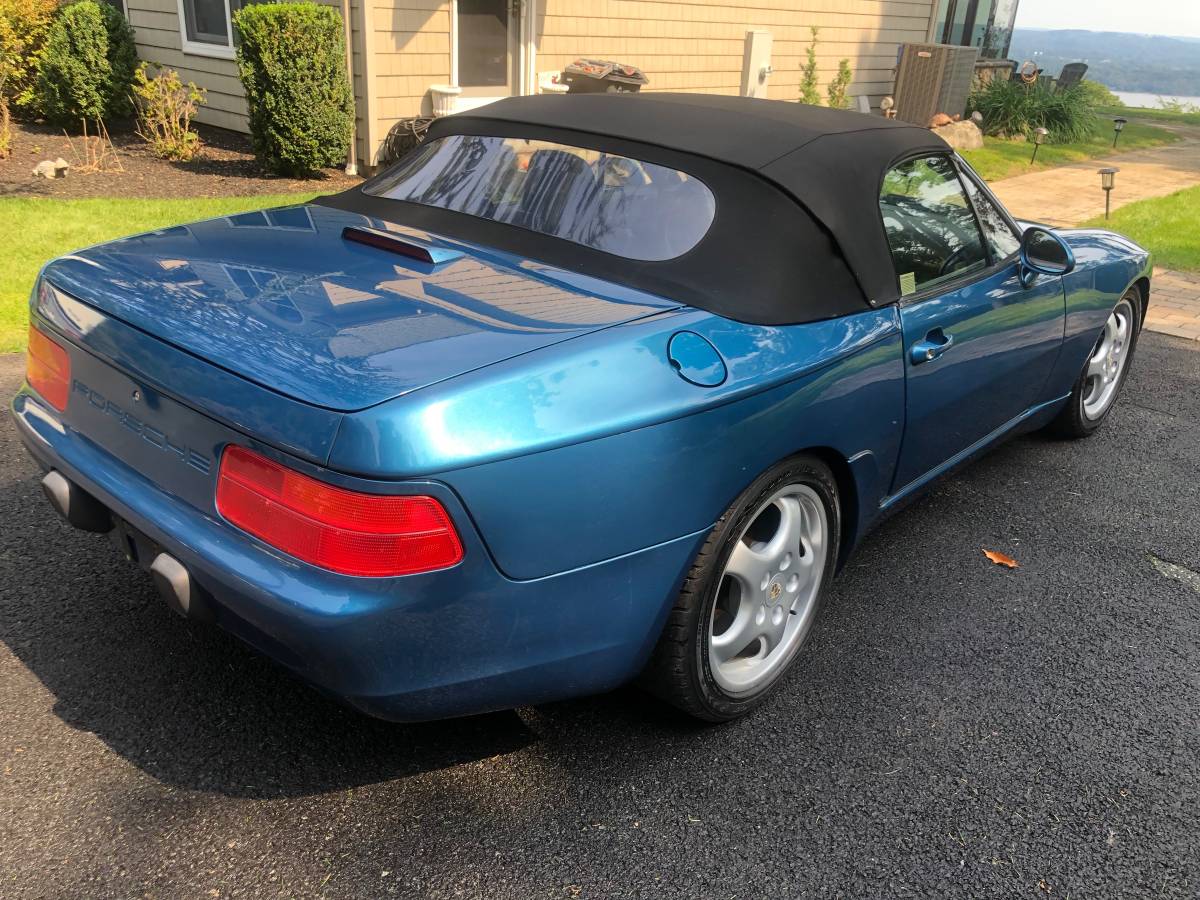 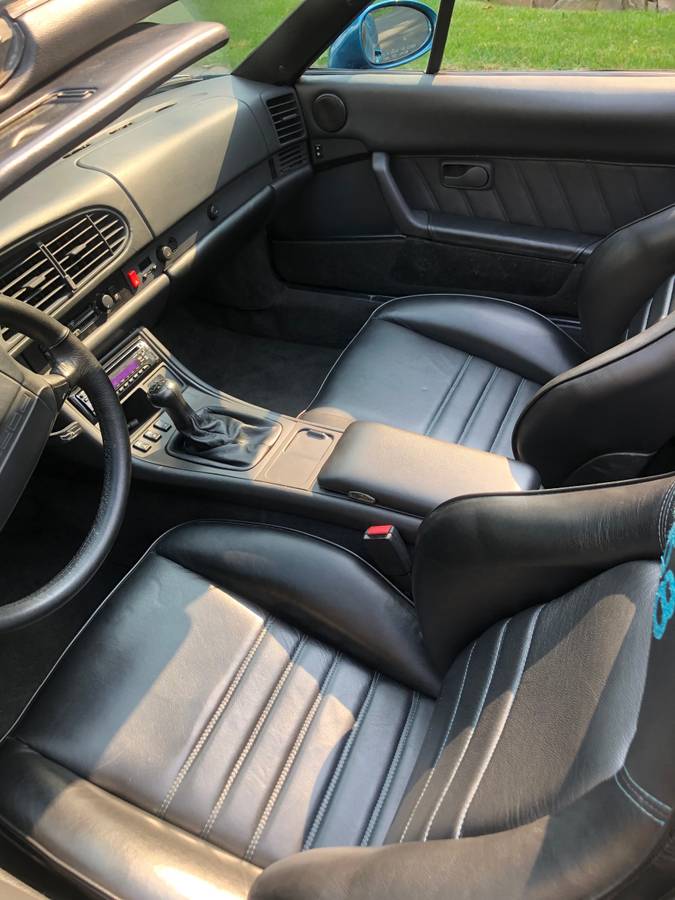 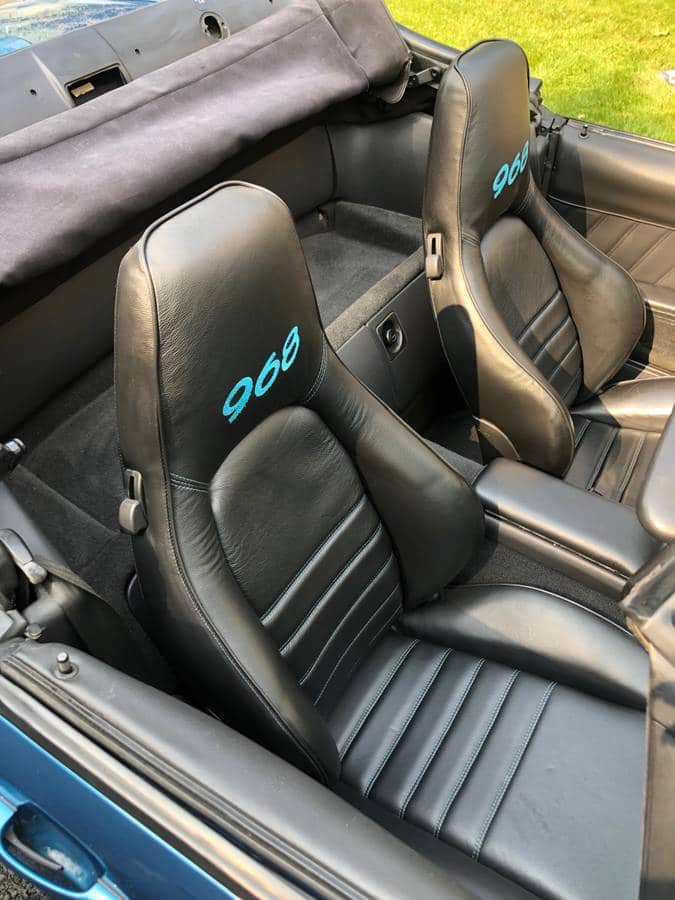 June 10, 2022, Update – While this “Classifind” expired recently, given the seller’s past history we suspect may not actually be sold yet.  For now, we’re labeling this ride “Sold?” However, we will keep an eye out for an updated listing. In the interim, please reach out either by email or call Rudy directly if you’d like to be informed when we come across something similar.

May 8, 2022 Update – After a brief pause following the expiration of their last ad, the seller just posted an updated listing of their 968 Cabrio. The pictures and asking price of $22,000 remain the same.

April 24, 2022, Update – We just confirmed the listing for this “Classifind” expired, so with no replacement found we’re assuming this ride “Sold?” until we come across a replacement listing.

March 10, 2022 Update – Candidly, we’re a bit surprised the private seller had to replace their expiring listing with a fresh Craigslist. With great color, 6-speed manual, and market-appropriate price, we thought this would have sold already. With the weather improving, we predict this will sell very soon.

As Porsche struggled to remain relevant in the early 1990s, the company offered a variety of interesting paint hues. Porsche 968’s of this vintage often can be found in stunning colors beyond the brand’s typical Guards Red and Basalt Black. One example that caught our eye is this Turquoise Metallic 1993 Porsche 968 Cabriolet originally listed in February 2022 in Tomkins Cove, New York (Hudson Valley) which is absolutely stunning in this color. The seller reports their 968 is a fully restored example with just under 93K miles.

Currently offered for $22,000, comparing that price against the Hagerty Insurance Online Valuation Tool confirms the private seller has their 968 priced between this guide’s #3 “Good” estimate of $17,500 and its #2 “Excellent” appraisal of $32,000.

The Porsche 968 was the brand’s final evolution of its entry-level that traced its roots back to the original 924 launched in 1976. Produced from 1991 through 1995, the 968 shared only twenty percent of its parts with the original version of the car.

The 968 was mainly a restyled evolution of the 944 with design links visible to its predecessor. Design work was done by Harm Lagaay who had designed the 924 and the 944 as well. The front of the car largely resembled the top-of-the-line 928, sharing its exposed pop-up headlamps and the integrated front bumper. This frontal design eventually appeared on the 993 version of the 911 two years later.

The rear of the 968 was also redesigned, featuring fully colored rounded taillamps special bulbs were used in the taillamps which either illuminated a small area in amber color when the turn signals were activated or in white when the car was reversing. PORSCHE badging was fitted between the taillights just below the model type number. The rear apron was integrated into the smoothened rear bumper.

While the exterior of the car was rounded and smoothed, the interior was largely unchanged and mostly shared with the preceding 944 S2 with the exception of switches and control knobs.  The 968 also featured numerous small equipment and detail upgrades from the 944, including a Fuba roof-mounted antenna, updated single-lens tail lamps, “Cup” style 16-inch alloy wheels, a wider selection of interior and exterior colors, a slightly updated “B” pillar, and rear quarter window to accommodate adhesive installation to replace the older rubber gasket installation.

Like its predecessor, the 968 was offered in hatchback and convertible body styles. The 968 was powered by an updated here Liter version of the 944’s inline-four-engine rated at 237 horsepower at 6,200 rpm and 305 225 foot-pounds of torque at 4,100 rpm. Modifications to the engine include a higher 11.0:1 compression ratio, lighter crankshaft, crankcase, and pistons along with revised intake valves and intake manifold. Changes to the 968’s powertrain also included the addition of Porsche’s then-new VarioCam variable valve timing system, newly optimized induction and exhaust systems, a dual-mass flywheel, and updated engine management electronics. The 968’s engine was the fourth-largest four-cylinder engine ever offered in a production car at that time. A new 6-speed manual transmission replaced the 944’s old 5-speed, and Porsche’s dual-mode 4-speed Tiptronic automatic became an available option.

For the 1993 model year, the 968 received minor changes which included a pollen filter to increase the cleanliness of the air being channeled through the air conditioner and the introduction of special packages. The seat package included heated driver and front passenger seats, the sound package included an additional amplifier in the coupé, and two additional speakers installed at the rear in the convertible while the suspension package included larger 17-inch wheels and an improved braking system with cross-drilled brake discs.

The MotorWeek Retro Review Channel provides this vintage test drive of the 1992 Porsche 968:

This 1993 Porsche 968 Cabriolet appears to be a nicely restored example that will only continue to increase in value.  As with any Porsche, we recommend completing a pre-purchase inspection unless the seller can provide extremely detailed records for this car.

“This is a beautiful 1993 Porsche 968 convertible that has been fully restored to like-new condition. It is truly a gem and perfect for any car enthusiast!

Pickup or Delivery Available (within 50mi)​“

Show or go: what would you do with this Porsche 968 Cabriolet?  Comment below and let us know!