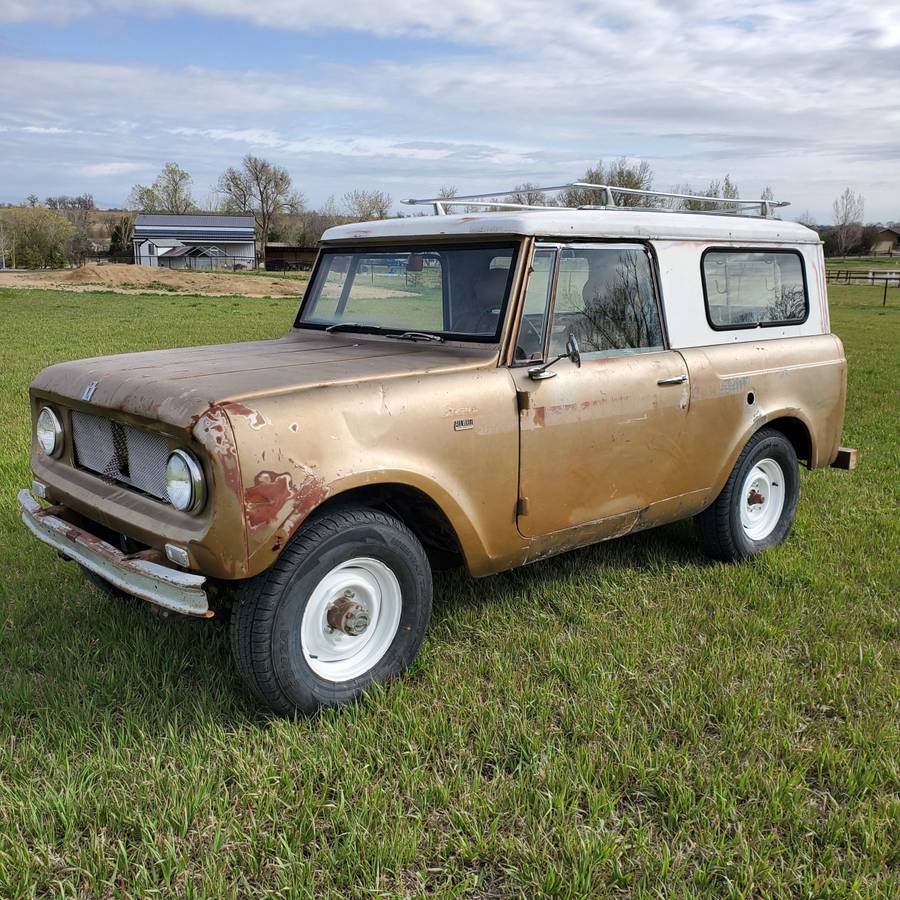 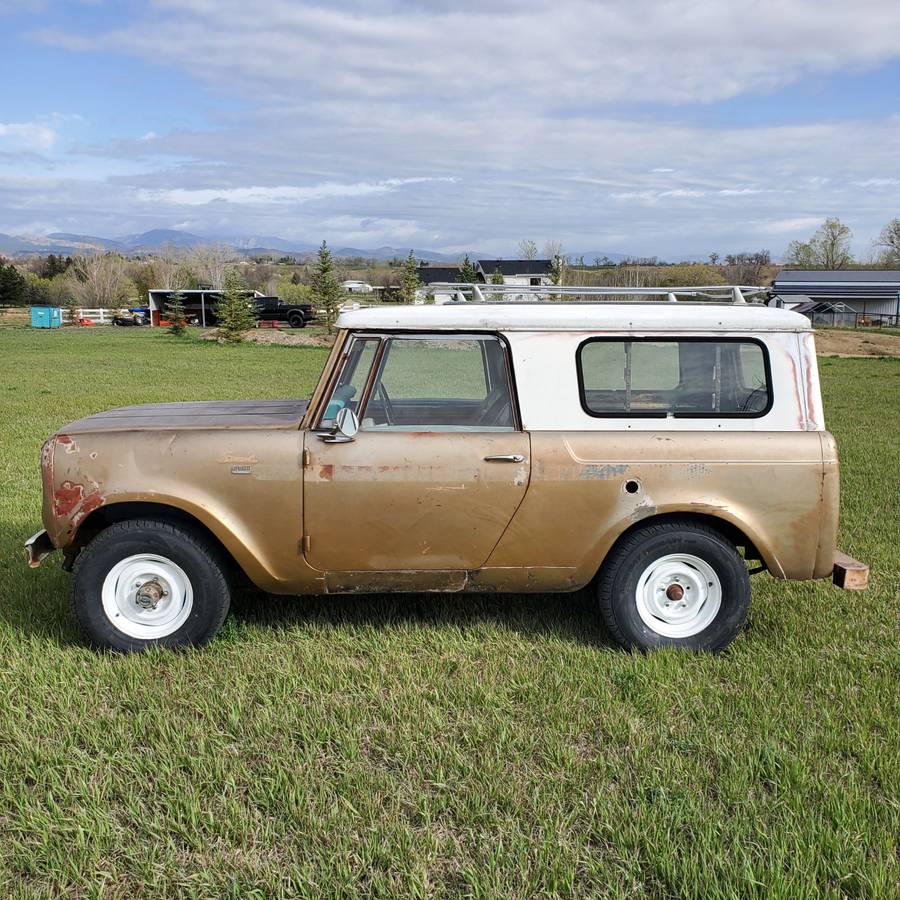 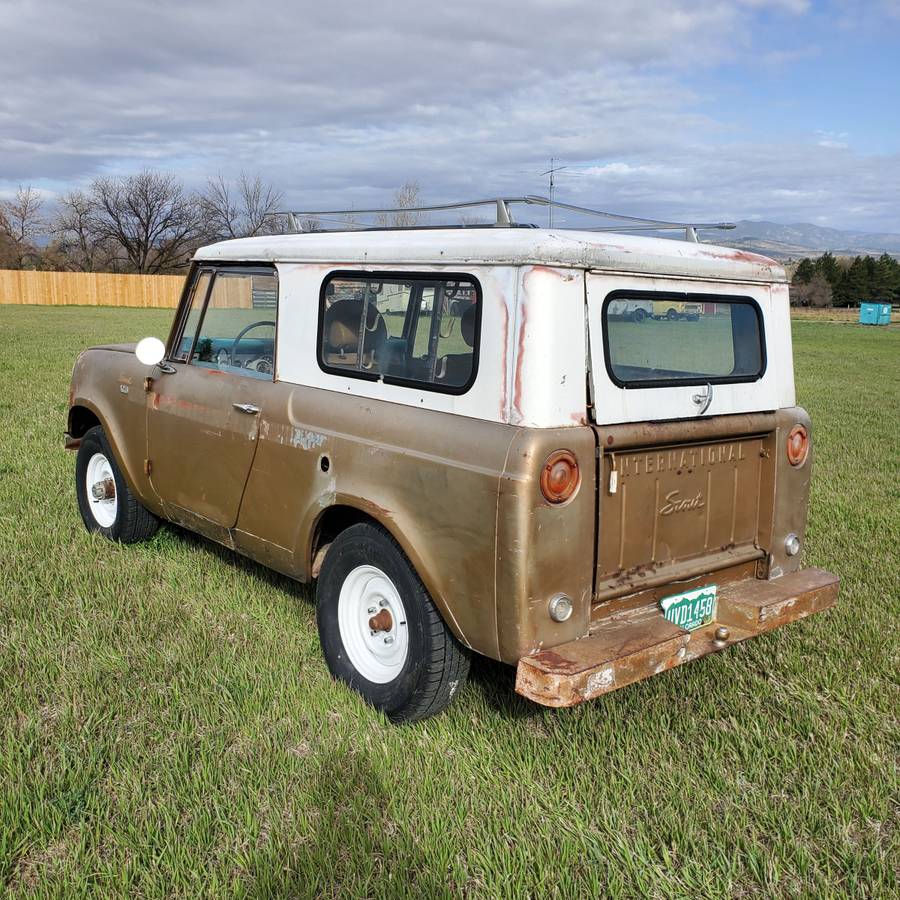 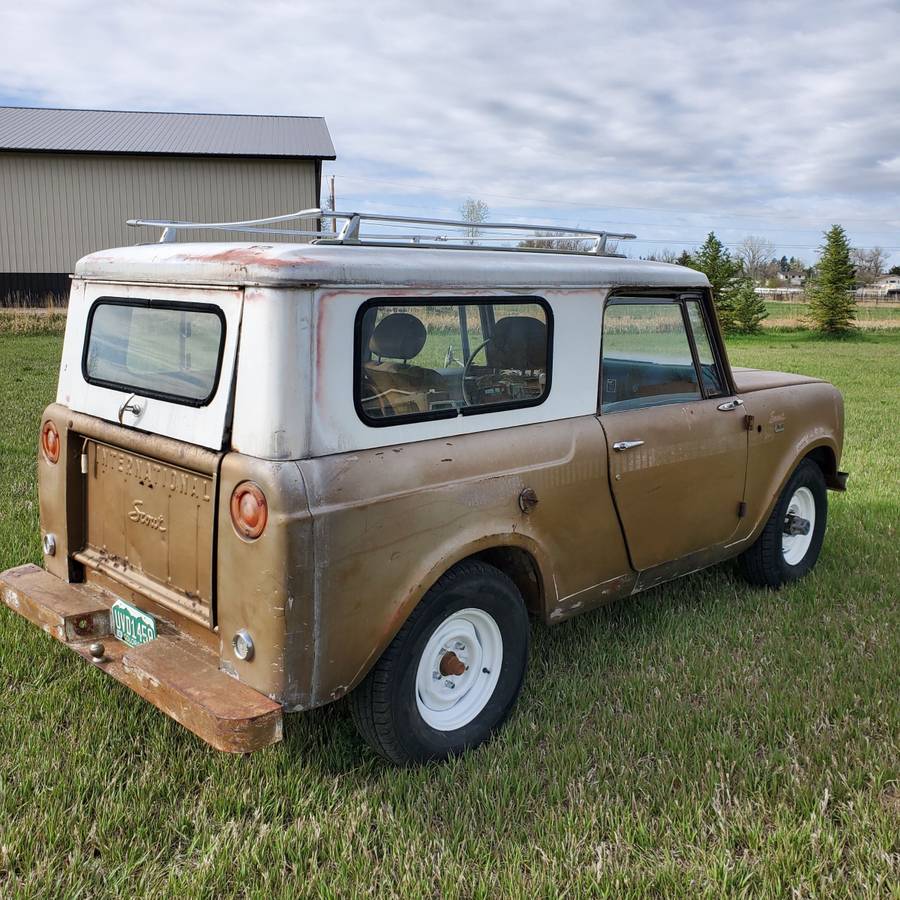 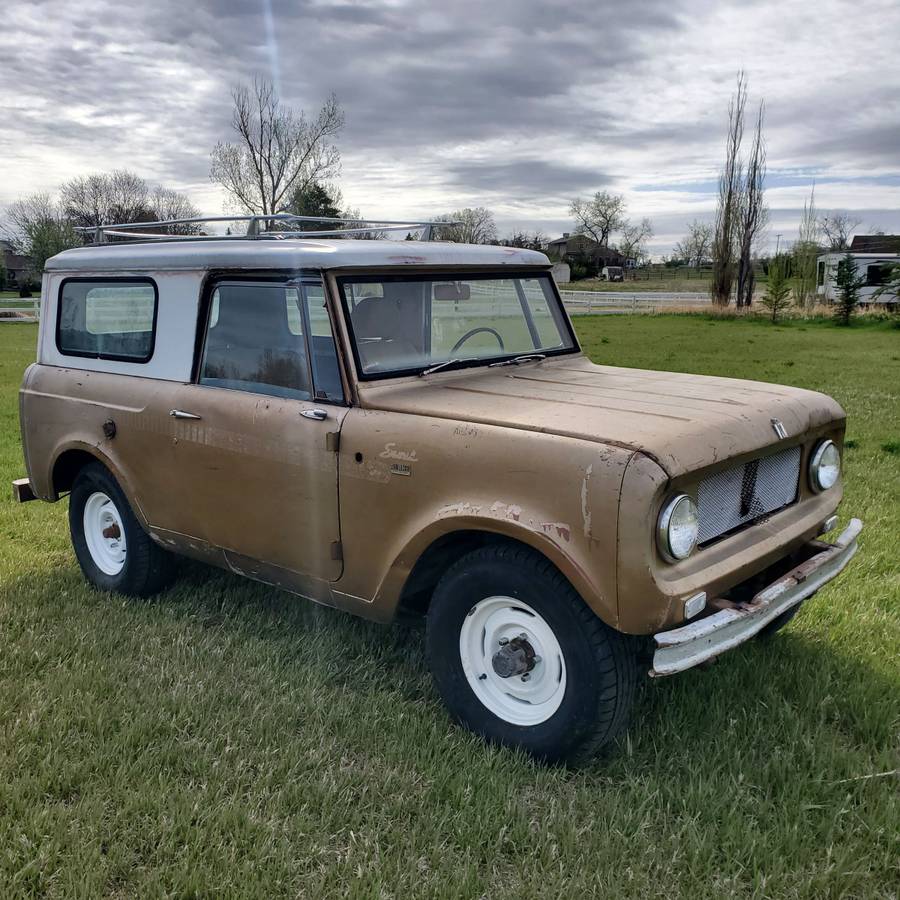 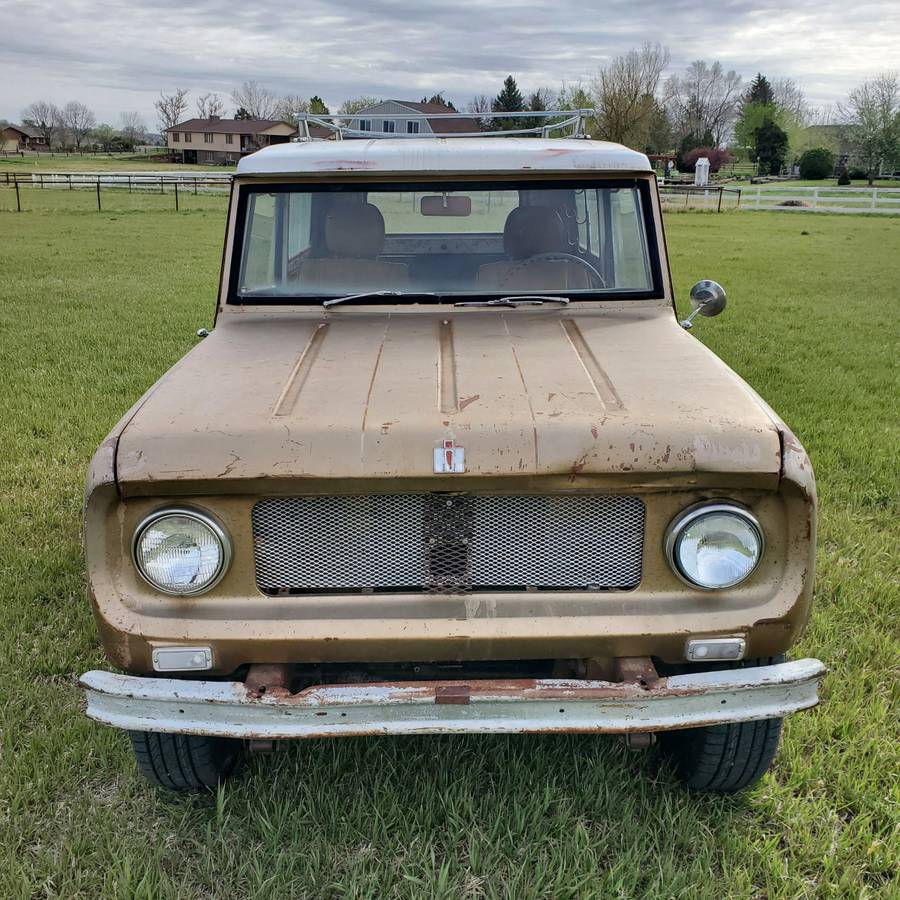 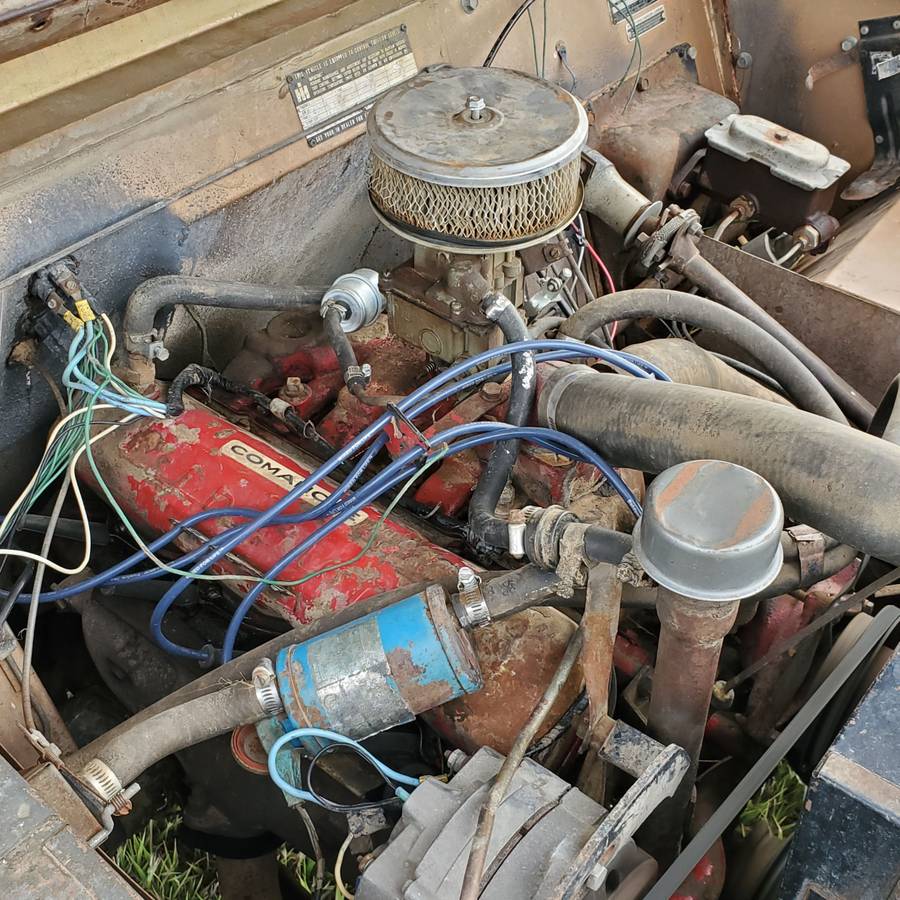 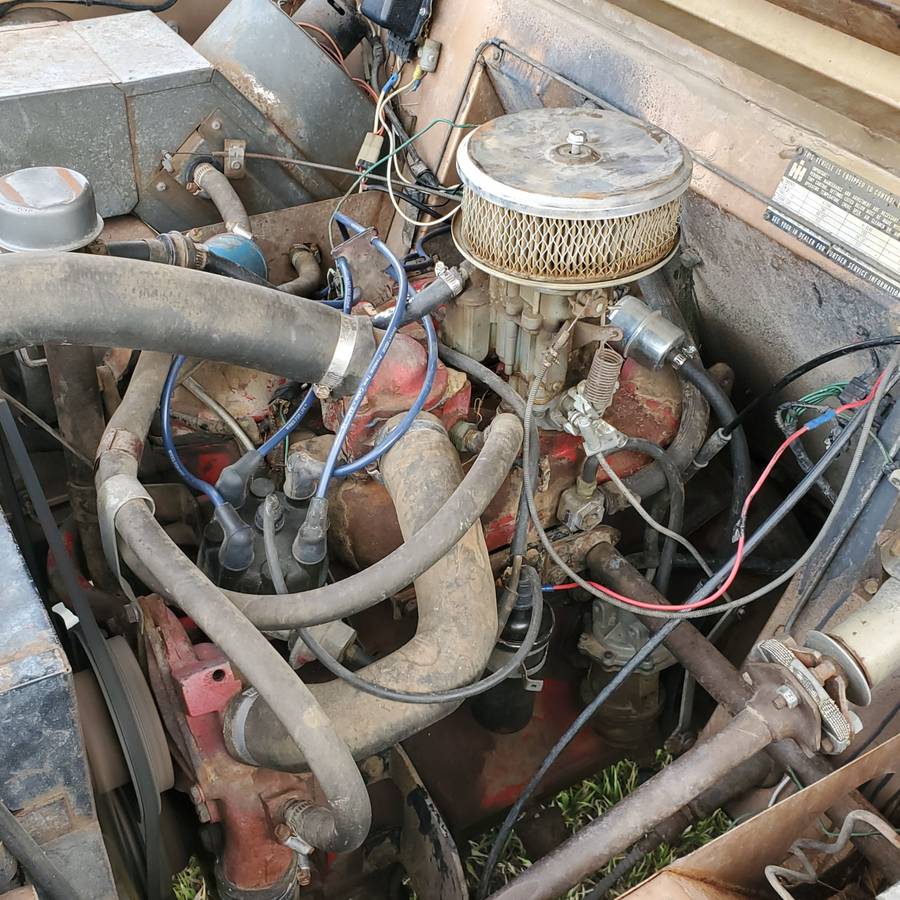 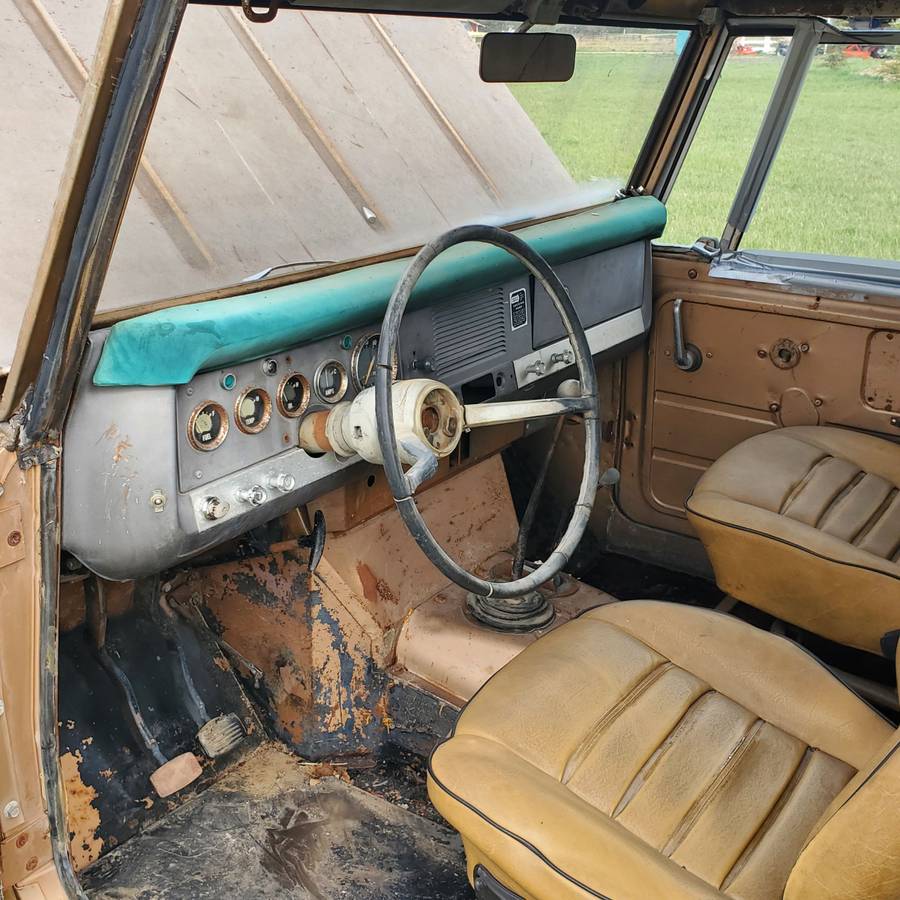 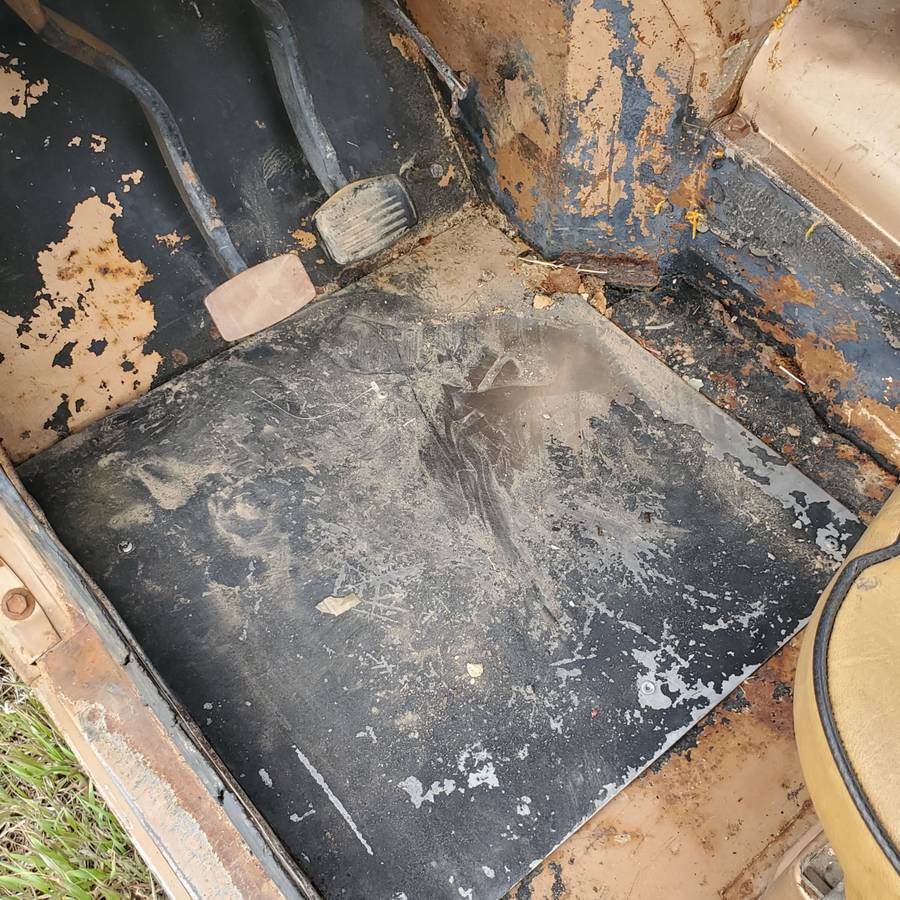 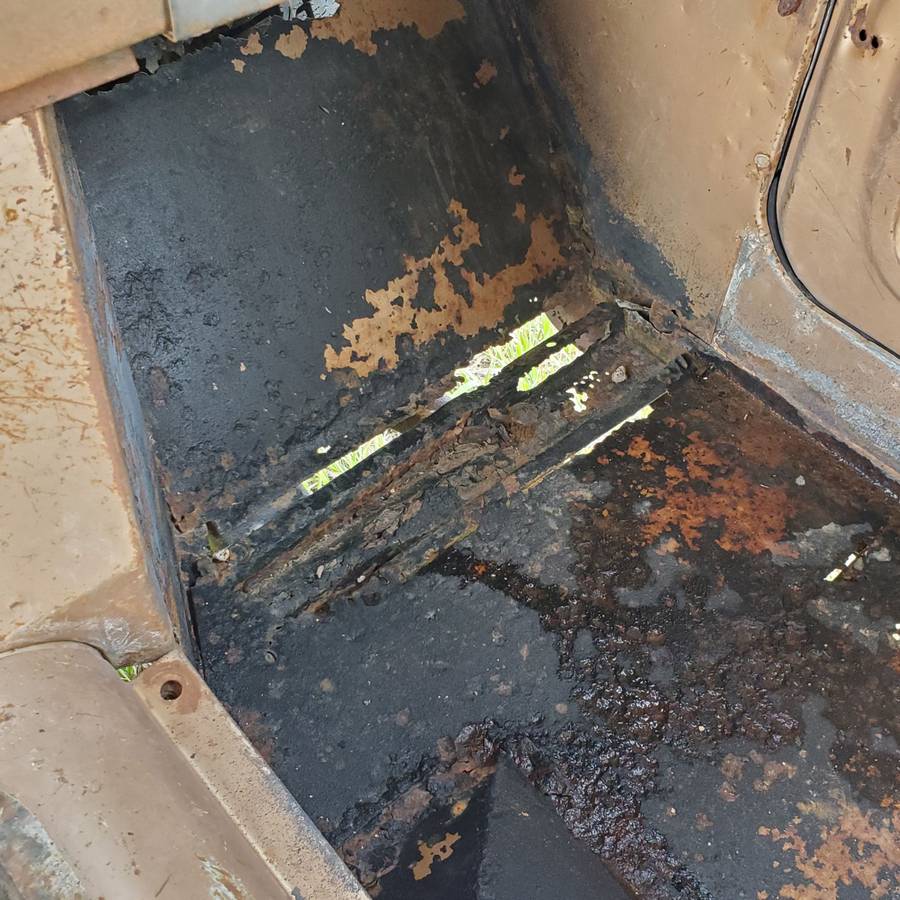 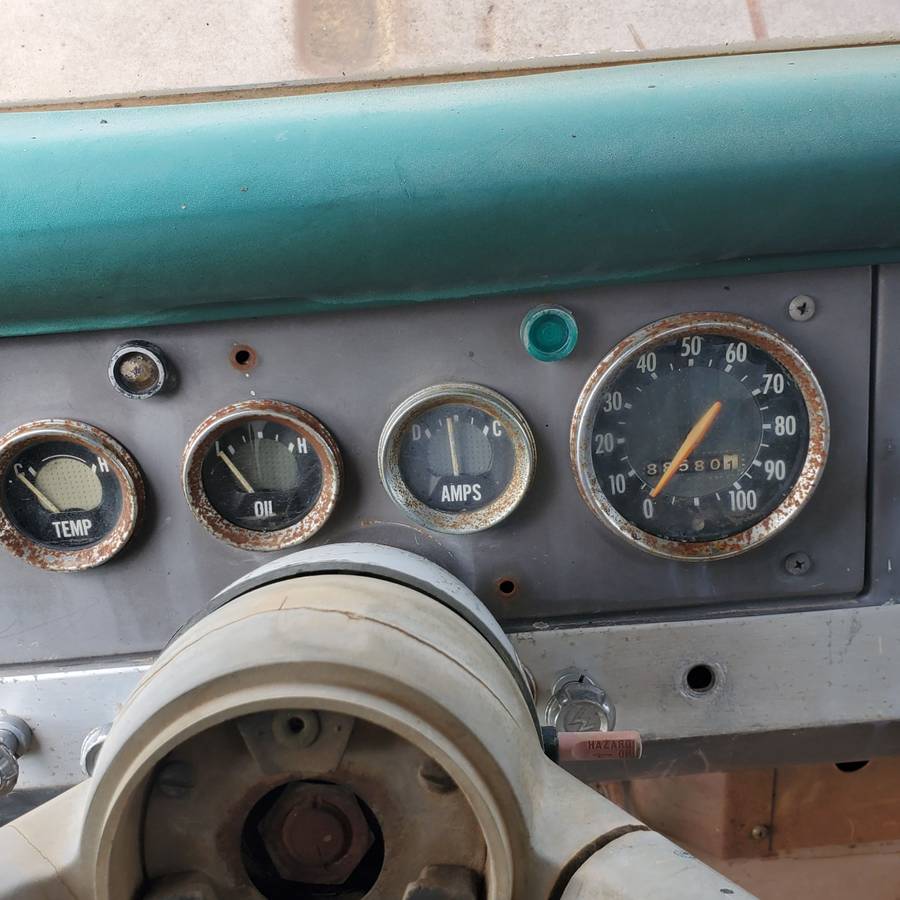 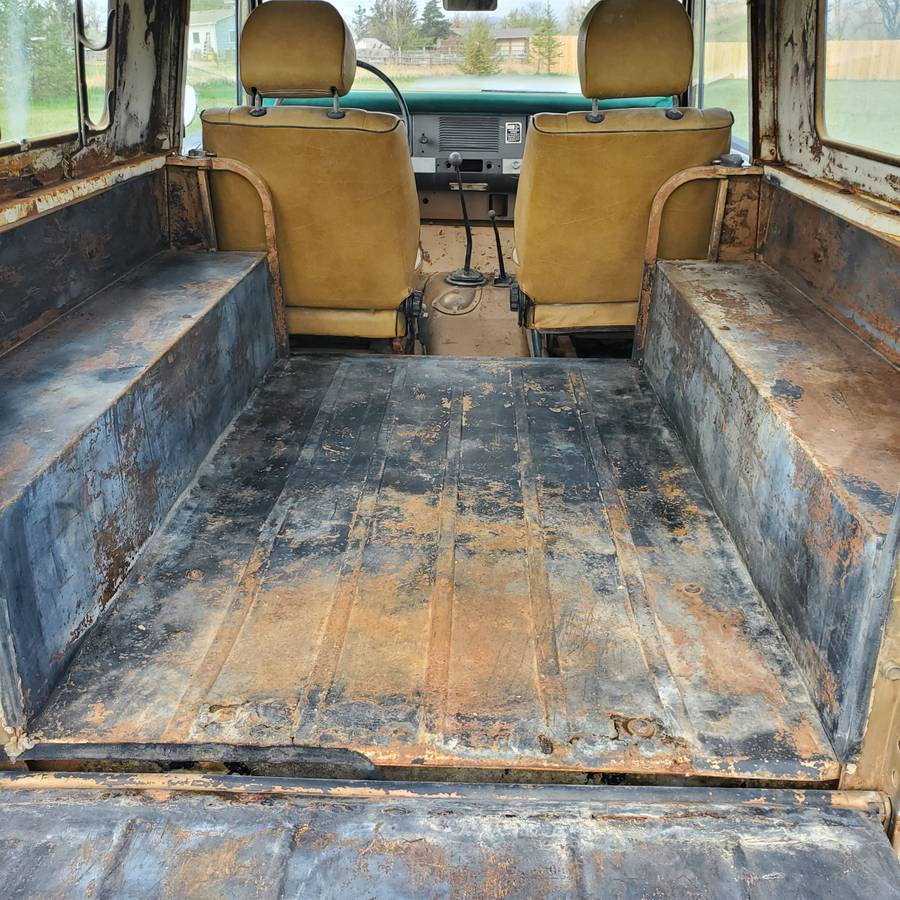 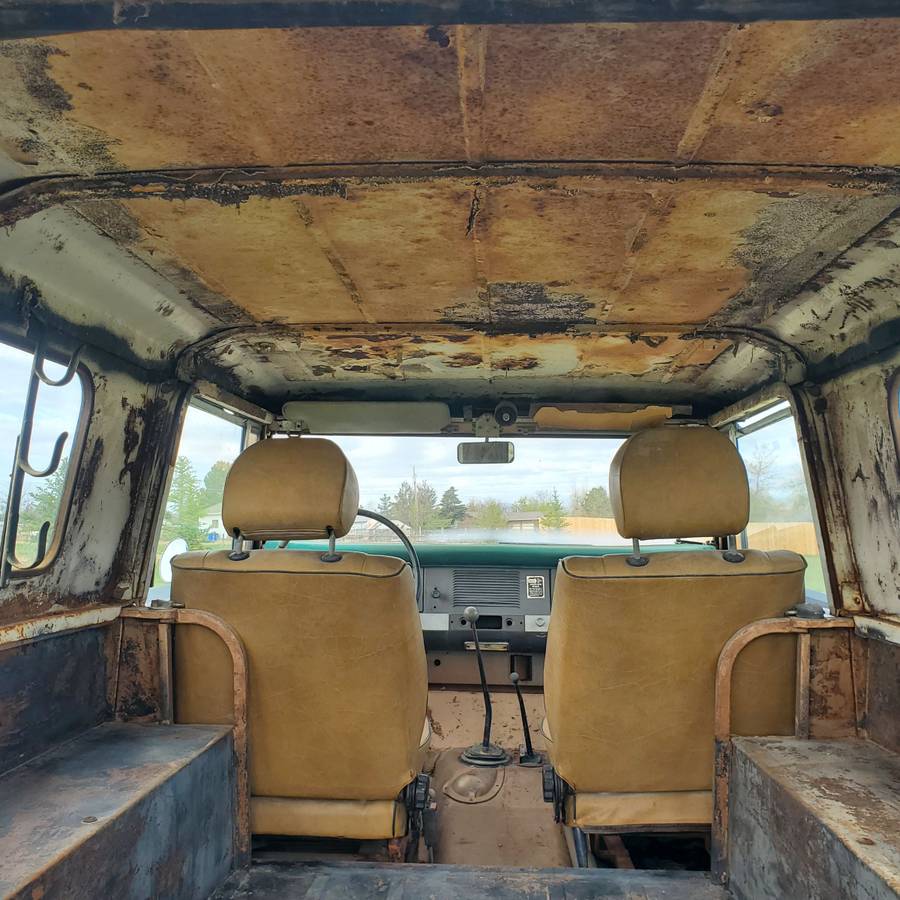 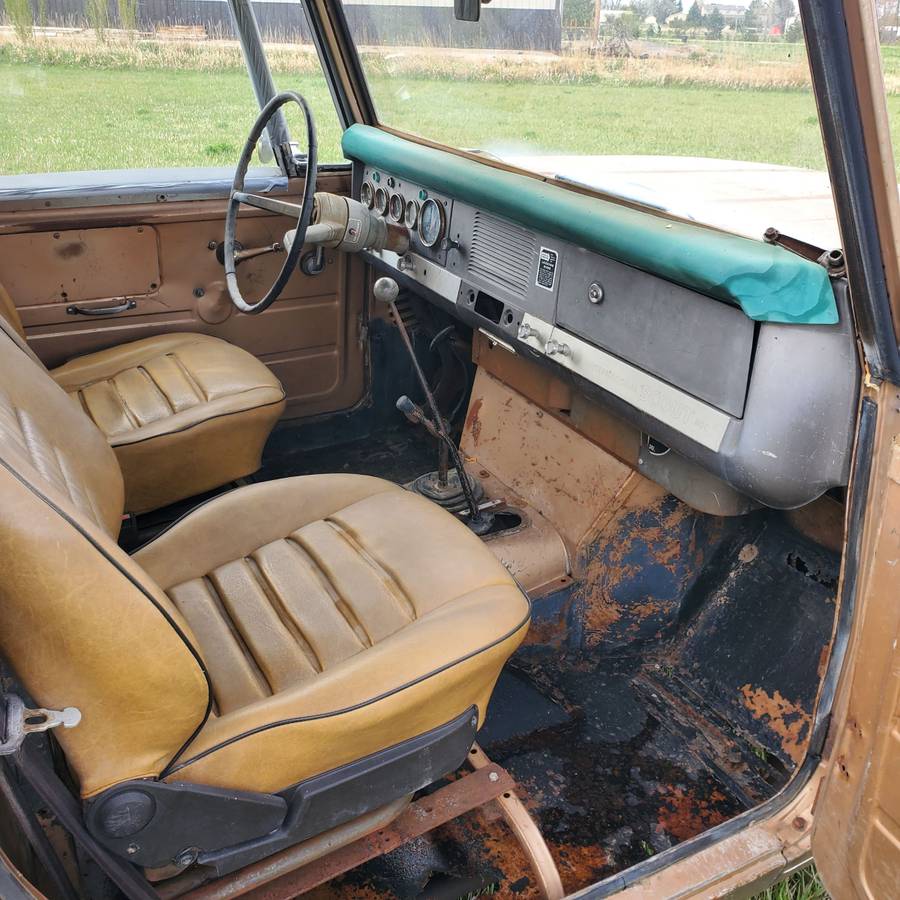 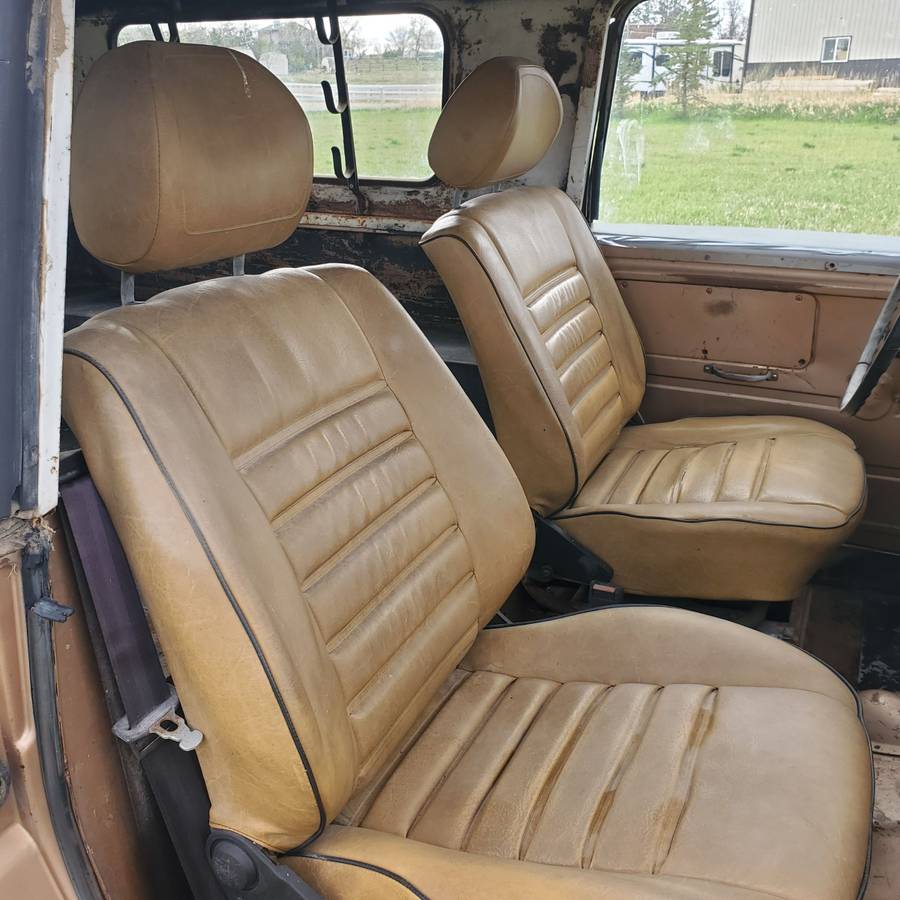 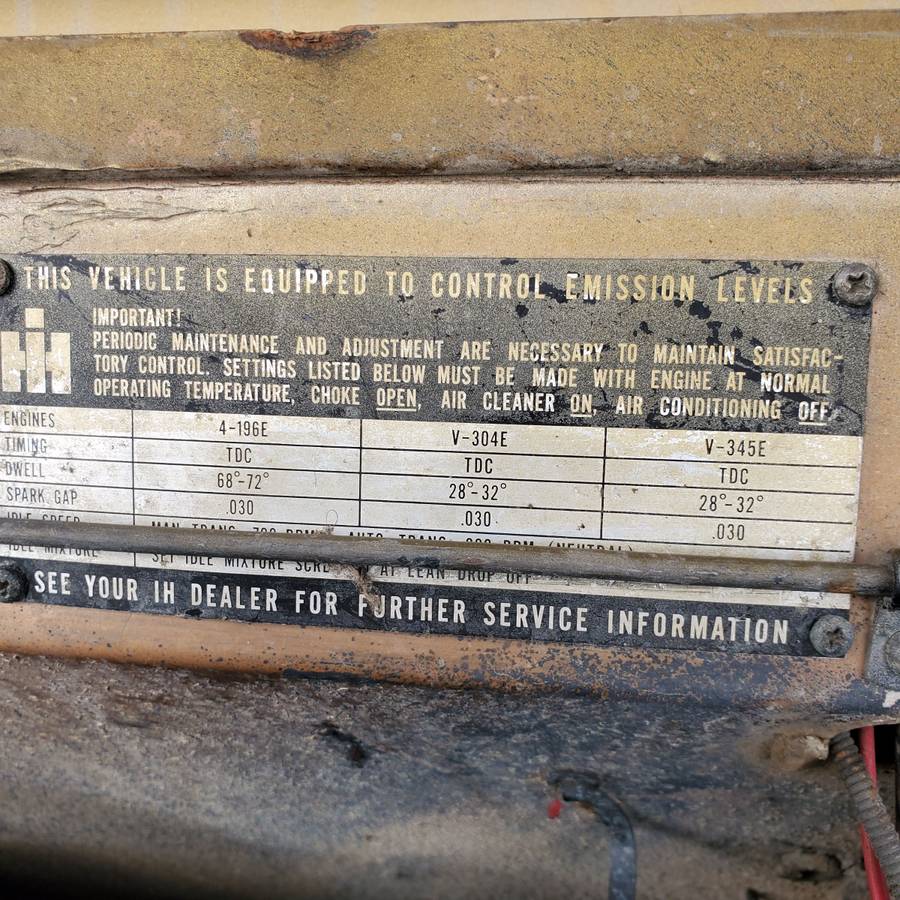 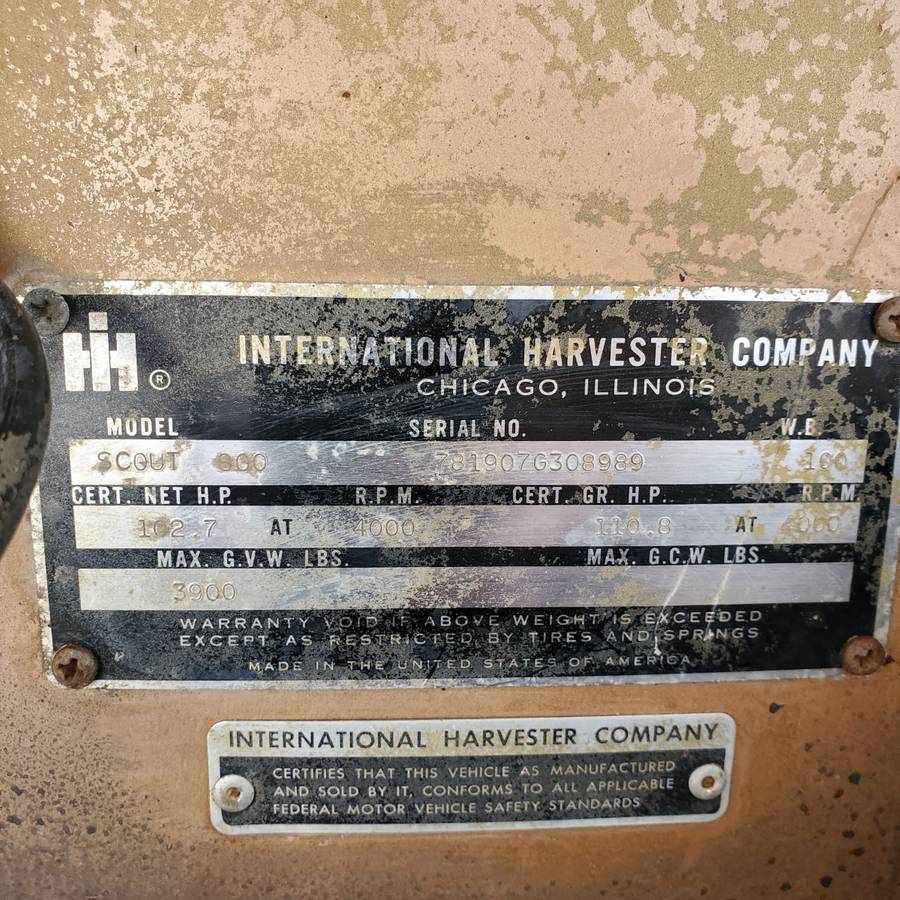 The vintage SUV market continues to burn red hot. Right in the thick of that fire are vintage International Harvester Scouts. It wasn’t that long ago that eight large would buy you a nicely restored first-generation Scout.  These days, however, that is the price of entry for a project quality piece.  This 1968 International Harvester Scout 800 Travel Top originally listed in May 2022 on Craigslist in Berthoud, Colorado (Fort Collins) is a prime example.  The seller is quick to point out that the “brakes will need work and various other things to make it roadworthy.”

Truck and Farm Equipment Manufacturer International Harvester (“IH”) ventured into the consumer market in 1961 with the launch of its Scout 80.  It was such a success that IH replaced the original model with the Scout 800 for the 1965 model year. Produced through 1968, Scout 800s had many improvements in comfort and design, including bucket seats, better instrumentation, improved heating systems, updated dashboard, optional rear seats, and optional 196 four-cylinder (from 1966), or 232 inline-six. Beginning in March 1967, a 266 ci V8 engine was also offered. Externally, changes were limited to an anodized aluminum grille with a rectangular “International” logo placed on the grille, the IH badge was moved to the hood, the door handles became the button type, and the tailgate no longer included opening “hooks”.  The base engine was a naturally aspirated “Comanche” 152 four-cylinder with 93 hp (69 kW), of which a turbocharged version with 111 hp (83 kW) (the 152-T) was also offered. In August 1966, the turbo version was complemented by the bigger 196 which used less fuel with exactly the same power. The 196 motor achieved 20 mpg.  The turbo version was dropped in early 1968. The fold-down windshield was still available, code 16536, but few were ordered because this was not advertised.

While we would prefer an example that originally came equipped with one of the two available V8s that year, this 1968 International Scout 800 Travel Top appears to be a great candidate for a full restoration. This is one of the few vehicles remaining where investing in that level of restoration could still have you turn a profit when you go to sell it.

“Project Scout for sale that starts, idles, drives and stops. Brakes will need work and various other things to make it road worthy. The windows need attention and are taped up for transportation purposes.

I put new tires on and fresh gas in the tank and that’s about all. Was last plated for Colorado in the year 2000.

Please remember this is a project Scout and is not currently roadworthy in my opinion.

Restore or Revive: What would you do with this 1968 International Scout 800? Please comment below and let us know!