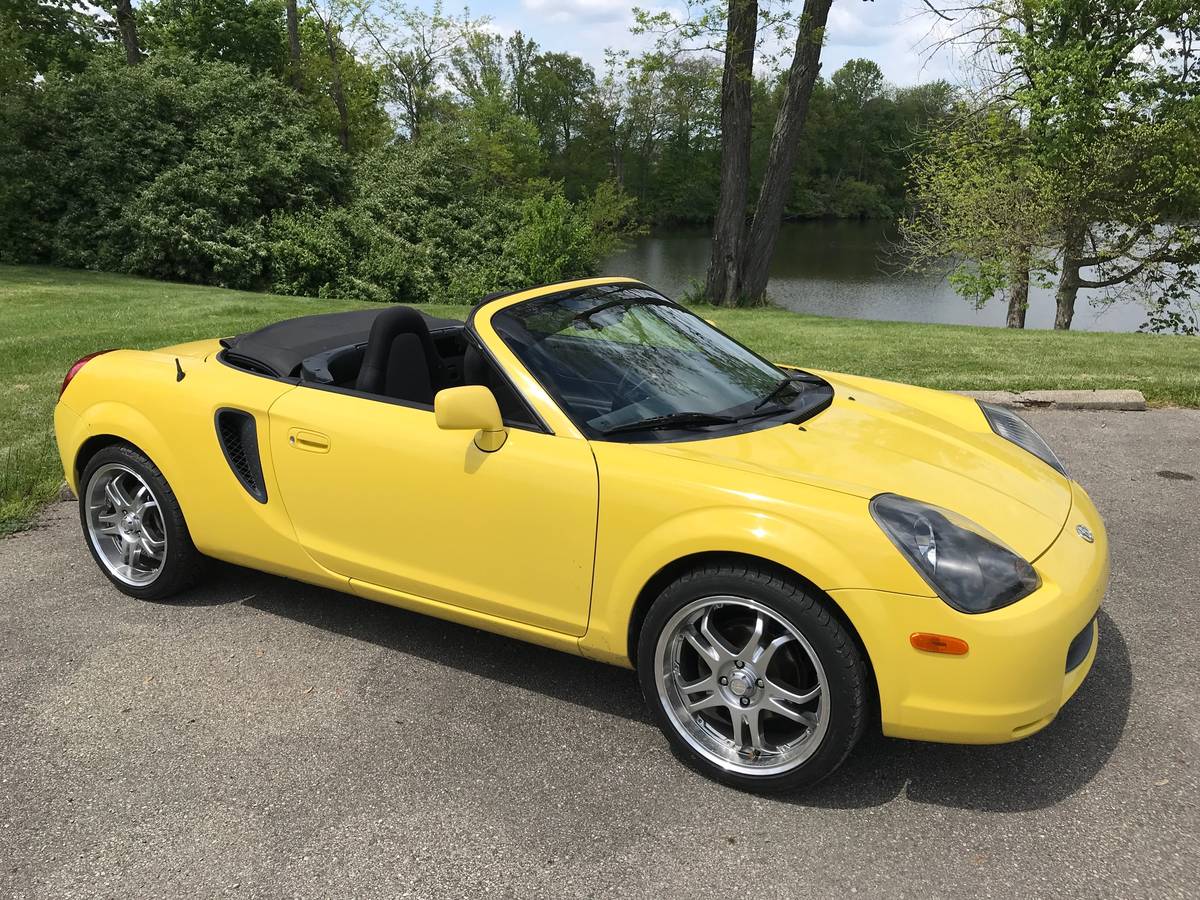 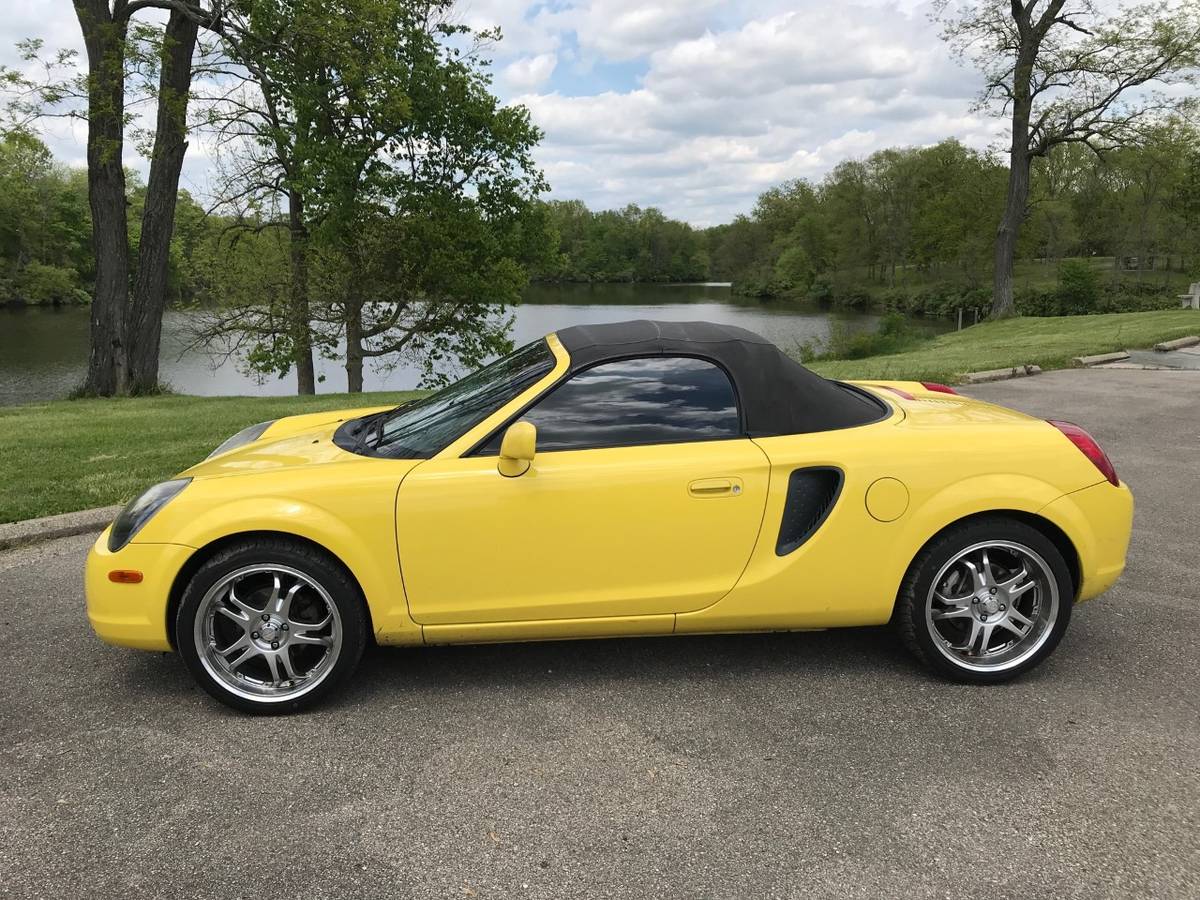 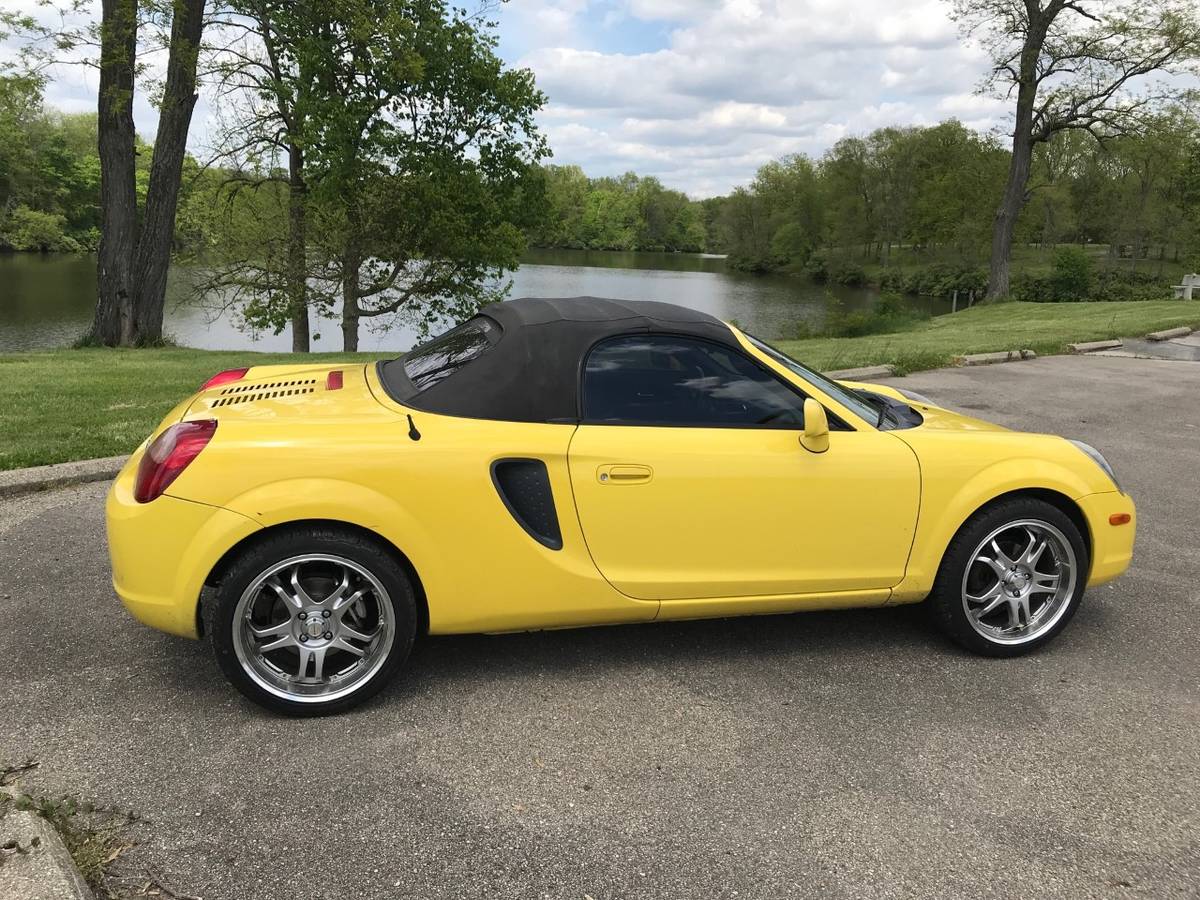 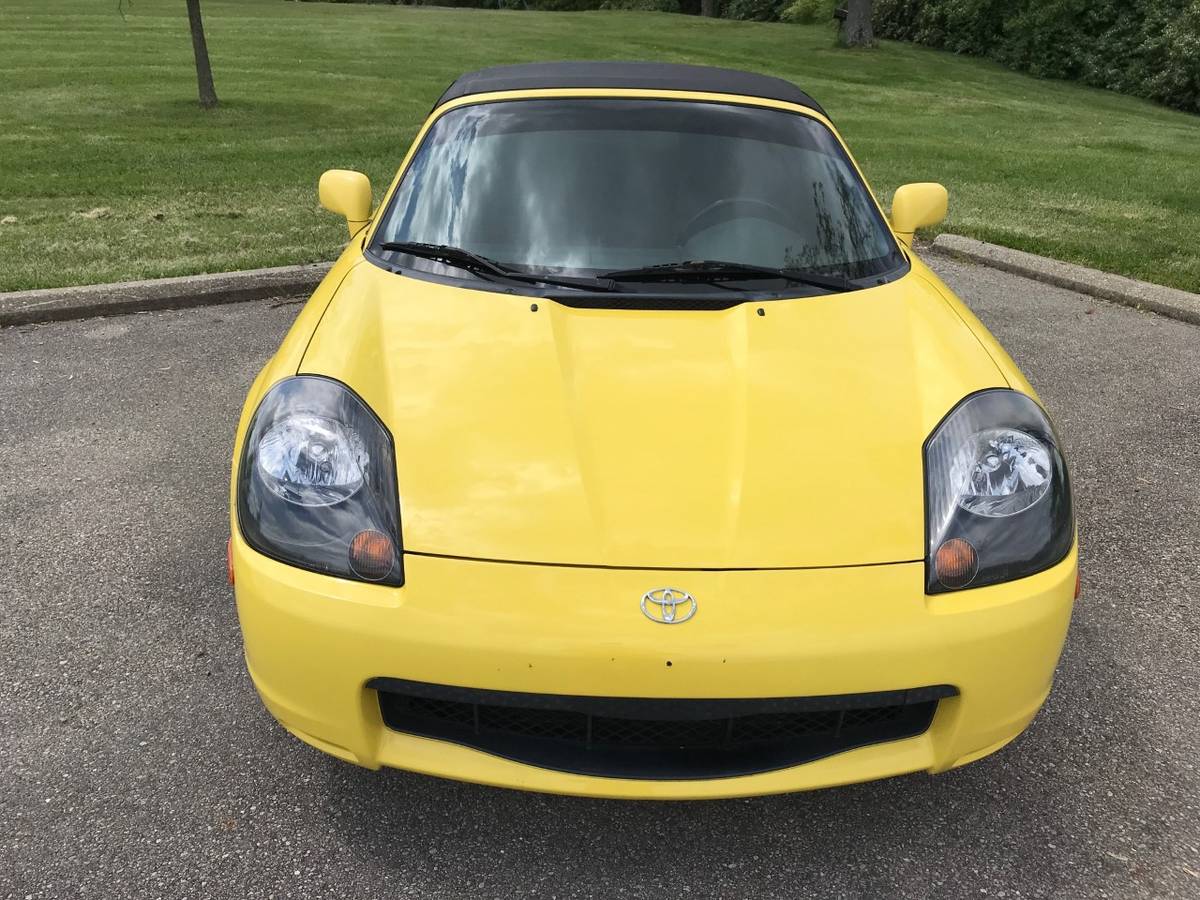 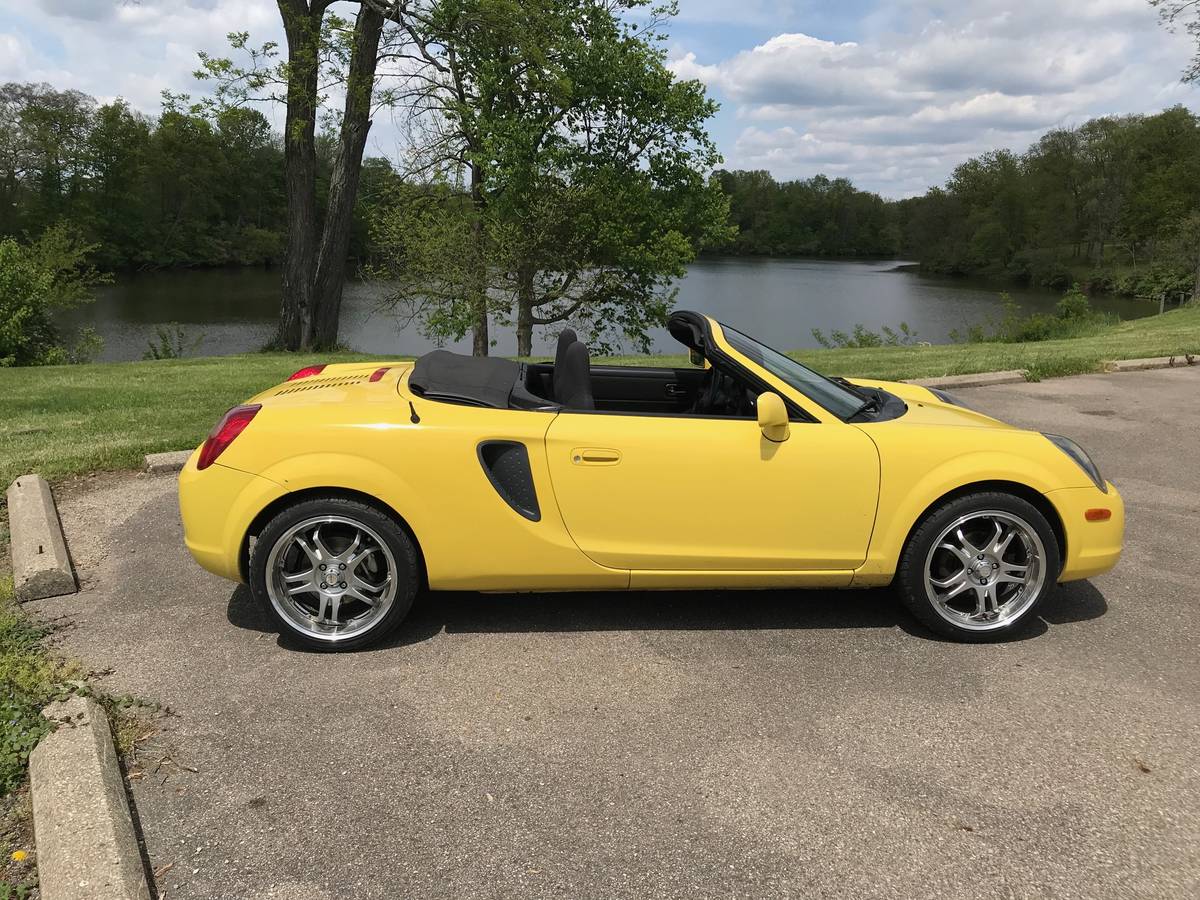 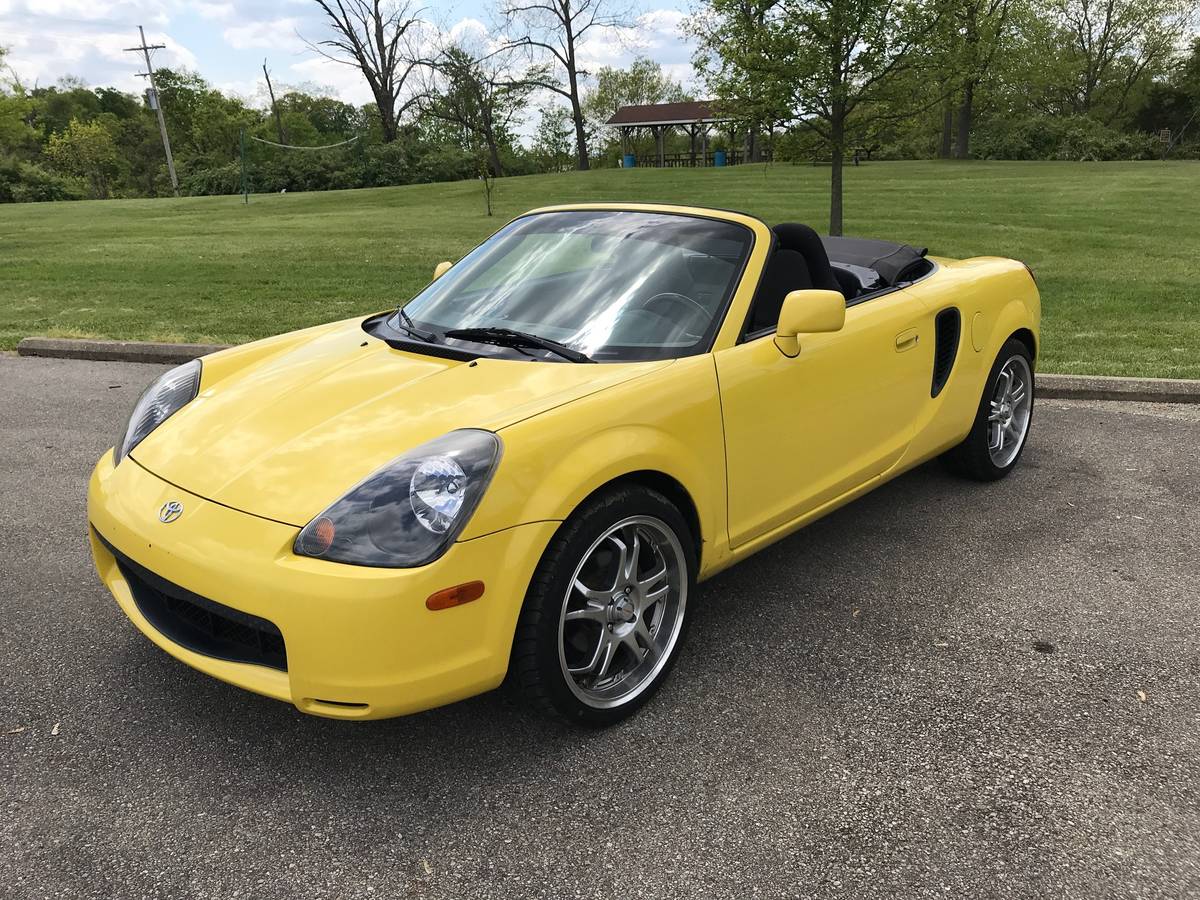 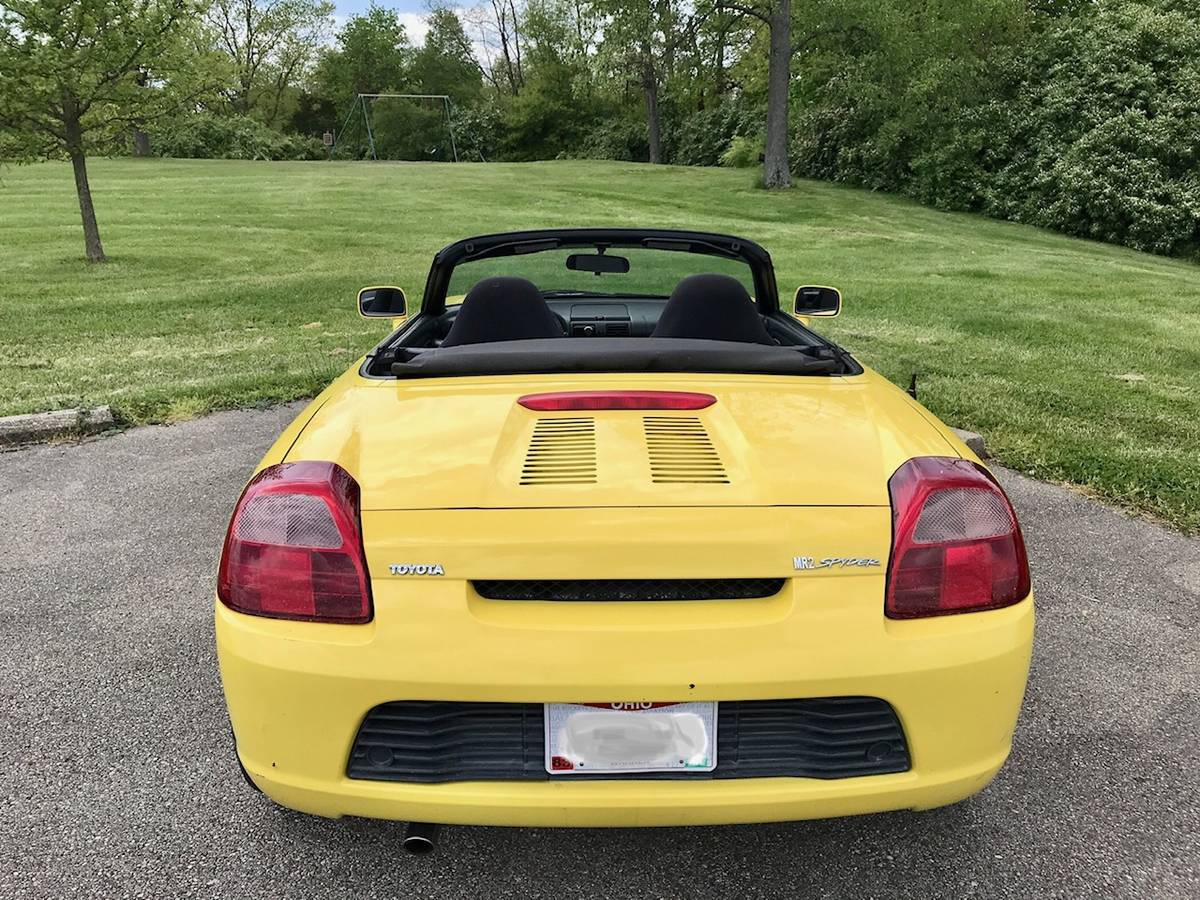 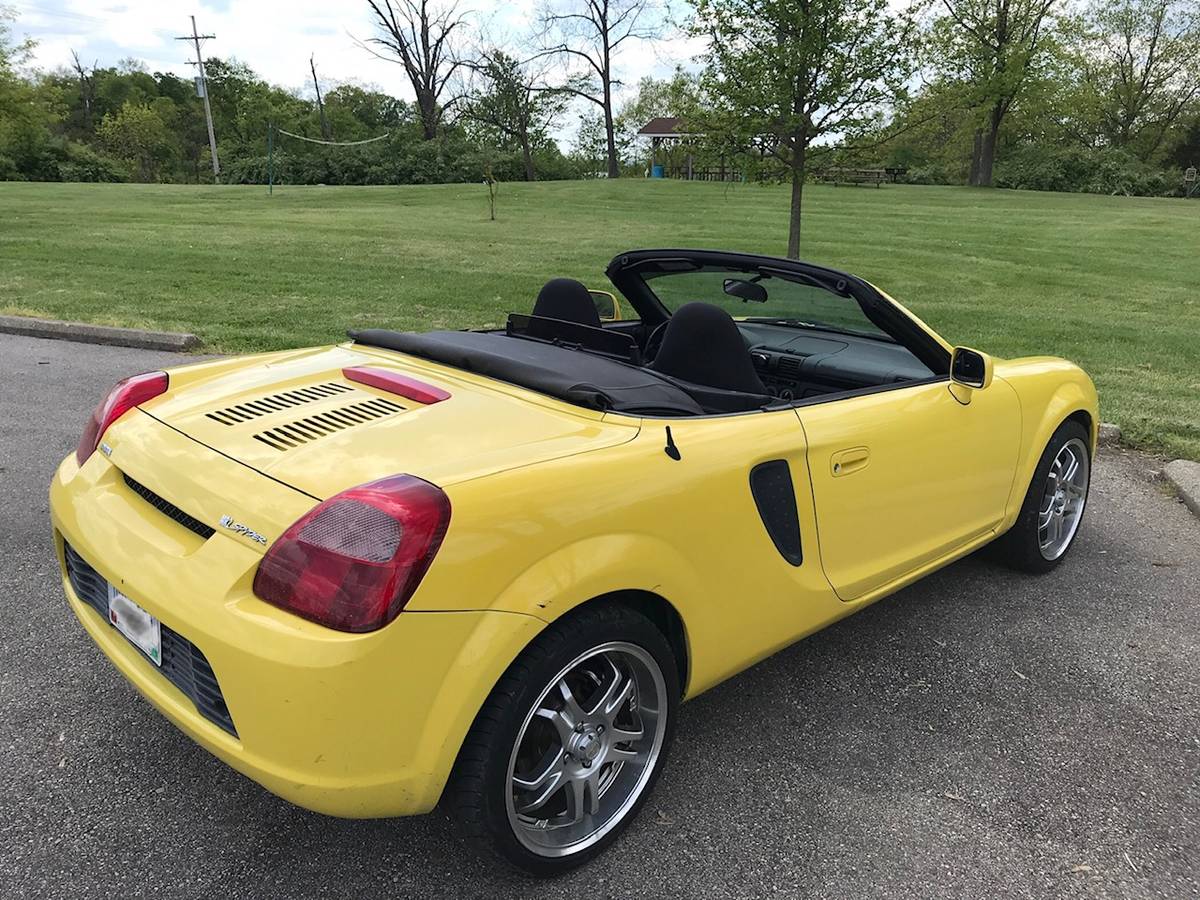 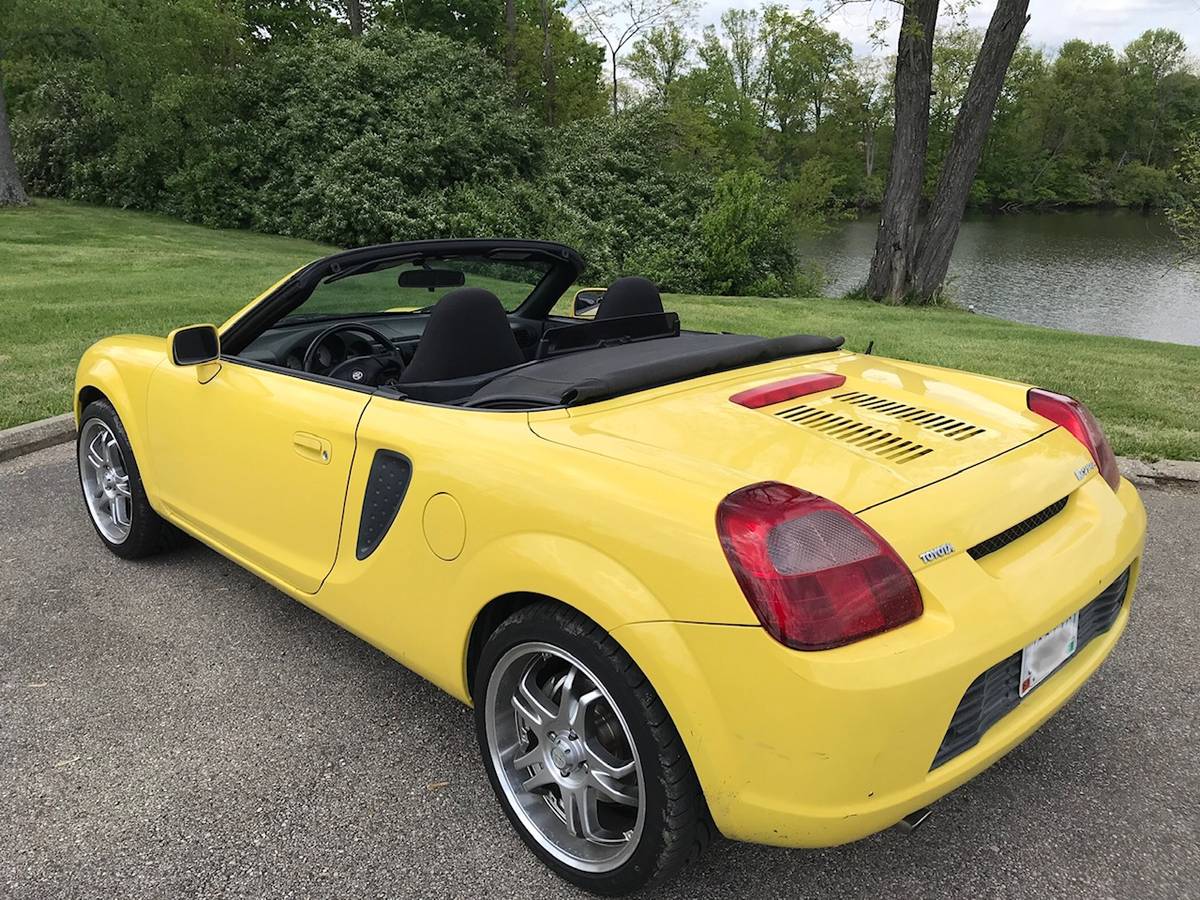 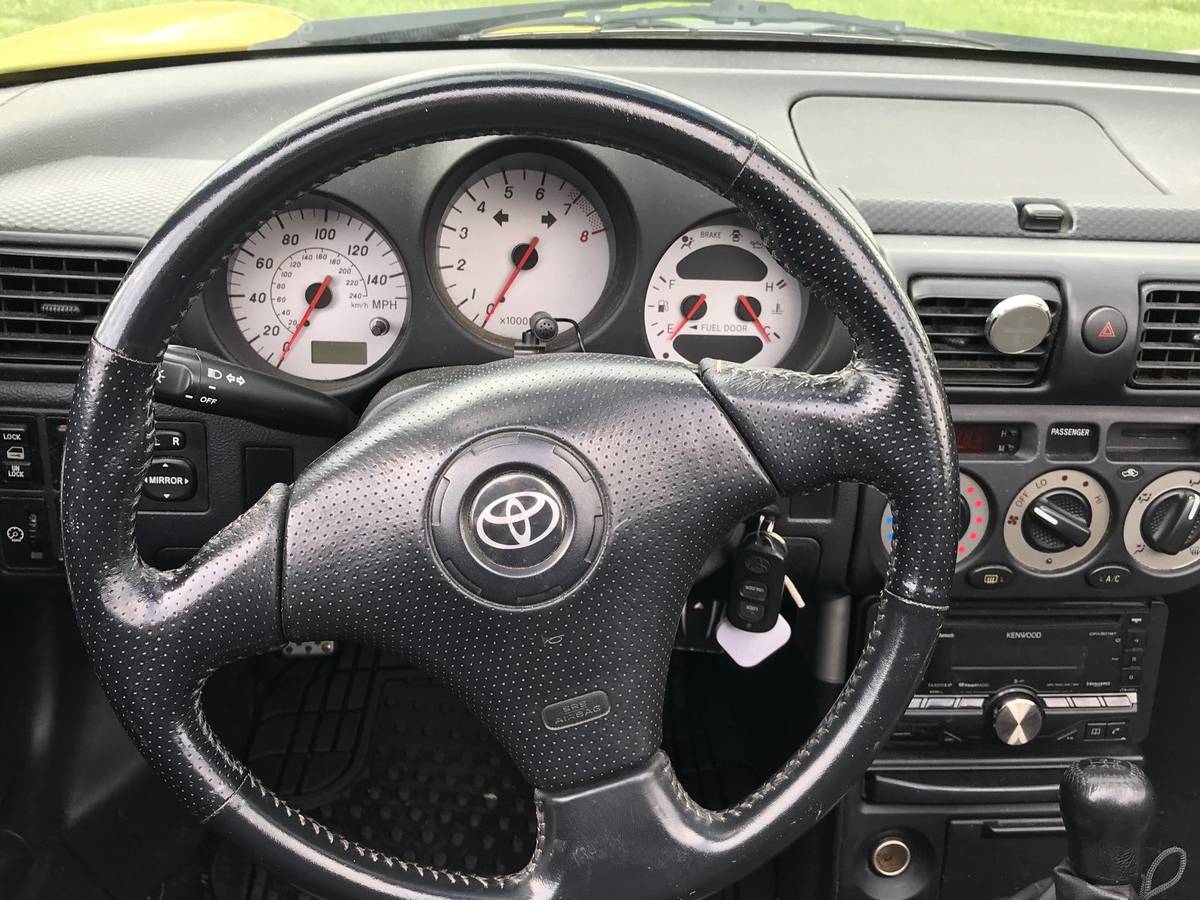 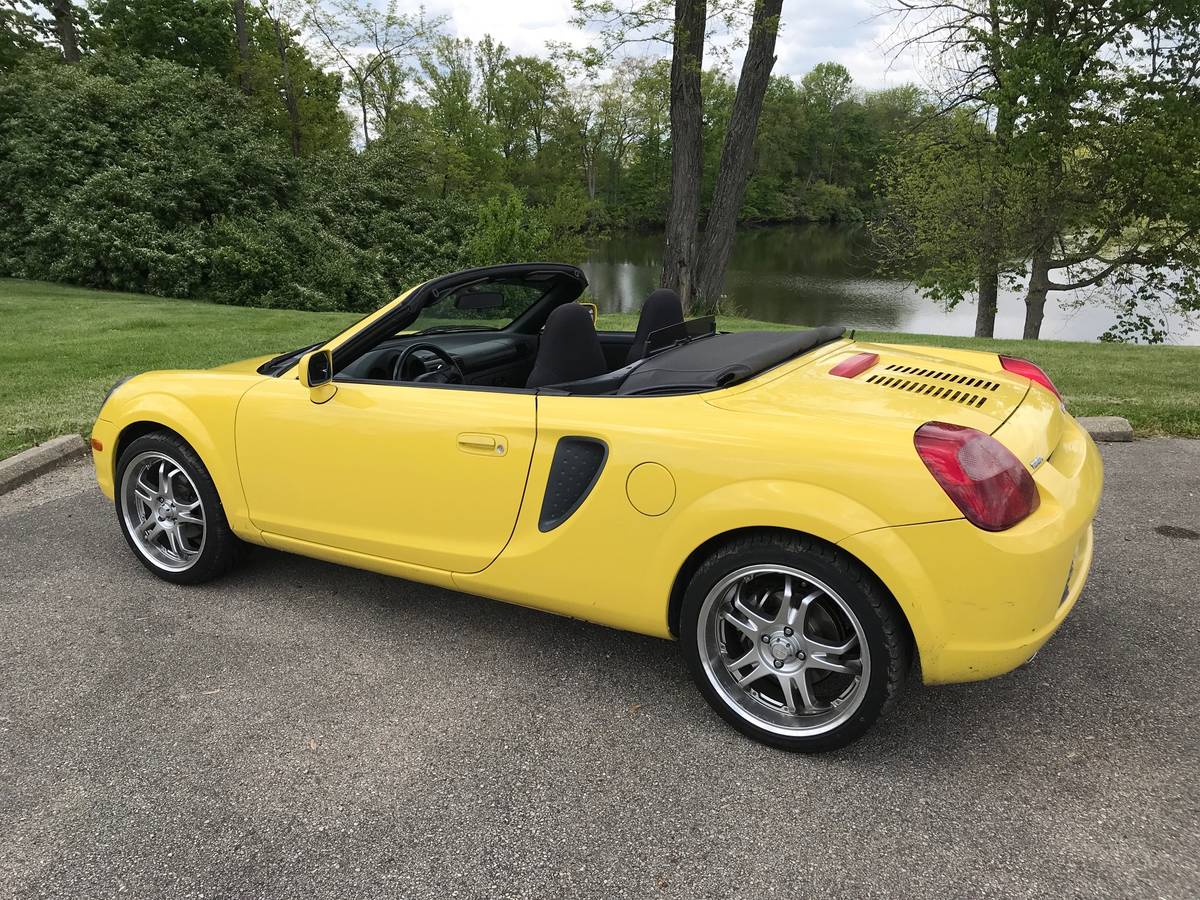 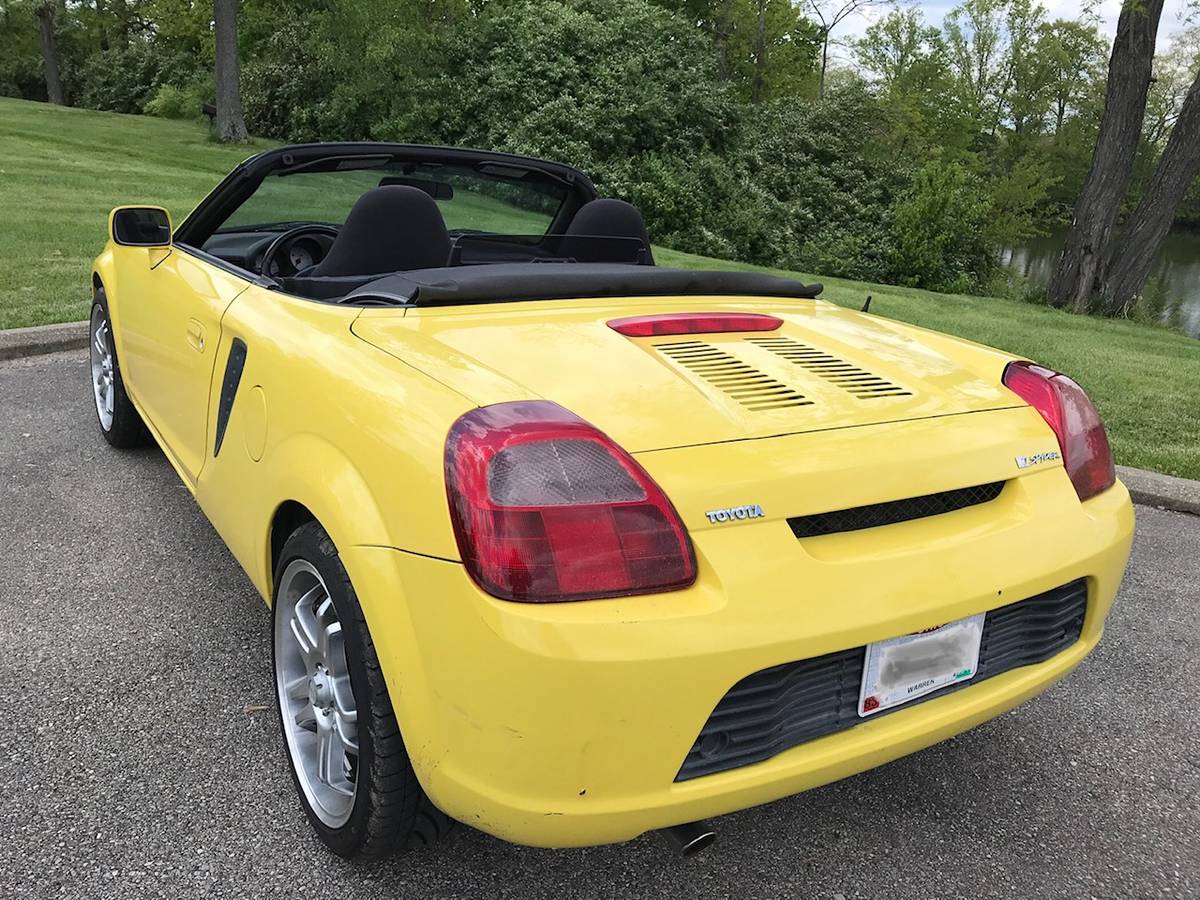 June 24, 2022, Update – We just confirmed the listing for this “Classifind” expired, so with no replacement found we’re assuming this ride “Sold?” While this one got away, please reach out either by email or call us directly if you’d like to be informed when we come across something similar.

Some would argue the third and final generation of Toyota’s mid-engine MR2 was the last affordable sports car that offered competition to Mazda’s Miata as well as being a budget-friendly Porsche Boxster alternative. It’s a pity, as the only real downside to these brilliantly handling sports cars is the complete lack of storage space for anything more than a briefcase. Owners of these cars tend to hang on to them as playthings and as such we don’t come across very many.

Sadly, the lack of storage is the indirect reason the owners of this yellow-over-black 2001 Toyota MR2 Spyder decided to sell it. Originally listed in May 2022 on Craigslist in Lebanon, Ohio (Cincinnati), the seller states their busy travel schedule precludes the ability to drive their MR2 more.

Currently offered for $10,999, Classic.com, the analytics and search engine for the collector car market, reveals the ask is at the low end of this guide’s one-year results summary. By clicking on the green dots, you can navigate to each comparable car sold as a way to help you understand this car’s current marketplace value:

Toyota produced the third and final generation MR2 from 2000 to 2007.  Also known as the Midship Runabout-Sports, the newest MR2 took a different approach than its predecessor, most obviously becoming a convertible and receiving the ‘Spyder’ marketing nomenclature.

When it came time to develop a replacement for the “Poor Man’s Ferrari” second-generation W20 MR2, Toyota hoped to capitalize on Porsche’s recent success by offering a more affordable mid-engine roadster than the entry-level Boxster. Third-generation, W30 MR2 Spyder engineers at the time set out to achieve true driver enjoyment by blending good performance with low inertia and lightweight. Engineers developed a relatively long wheelbase that pushed the car’s wheels close to the corners to achieve high stability and fresh new styling.  They also developed the body structure to be as simple as possible to allow for easy customizing and low replacement costs.

The seller says it best about their 2001 Toyota MR2 Spyder for sale: “This sporty car will be a good purchase for someone who wants to add fun to their driving.” If you’re looking for a fun car to add to your stable that does not need to haul anything, this example may be the MR2 for you.

“This Toyota MR2 Spyder classic convertible sports car features a mid-engine, with a 5-speed manual transmission. This roadster is all set for a new owner. Runs great. All new tires (less than 400 miles on them) and brand new battery. Features a Kenwood stereo with Bluetooth connectivity. This car was just checked over by a repair shop that did a new oil change and they could not find any mechanical issues whatsoever. Selling it because we are now traveling a lot (unfortunately not in the MR2) and therefore we just don’t have time to drive it much. The car is stored inside. This sporty car will be a good purchase for someone who wants to add fun to their driving. Service records and clear title for immediate sale.“

Do you have a W30 Toyota MR2 Spyder story to share?  If so, comment below and let us know!