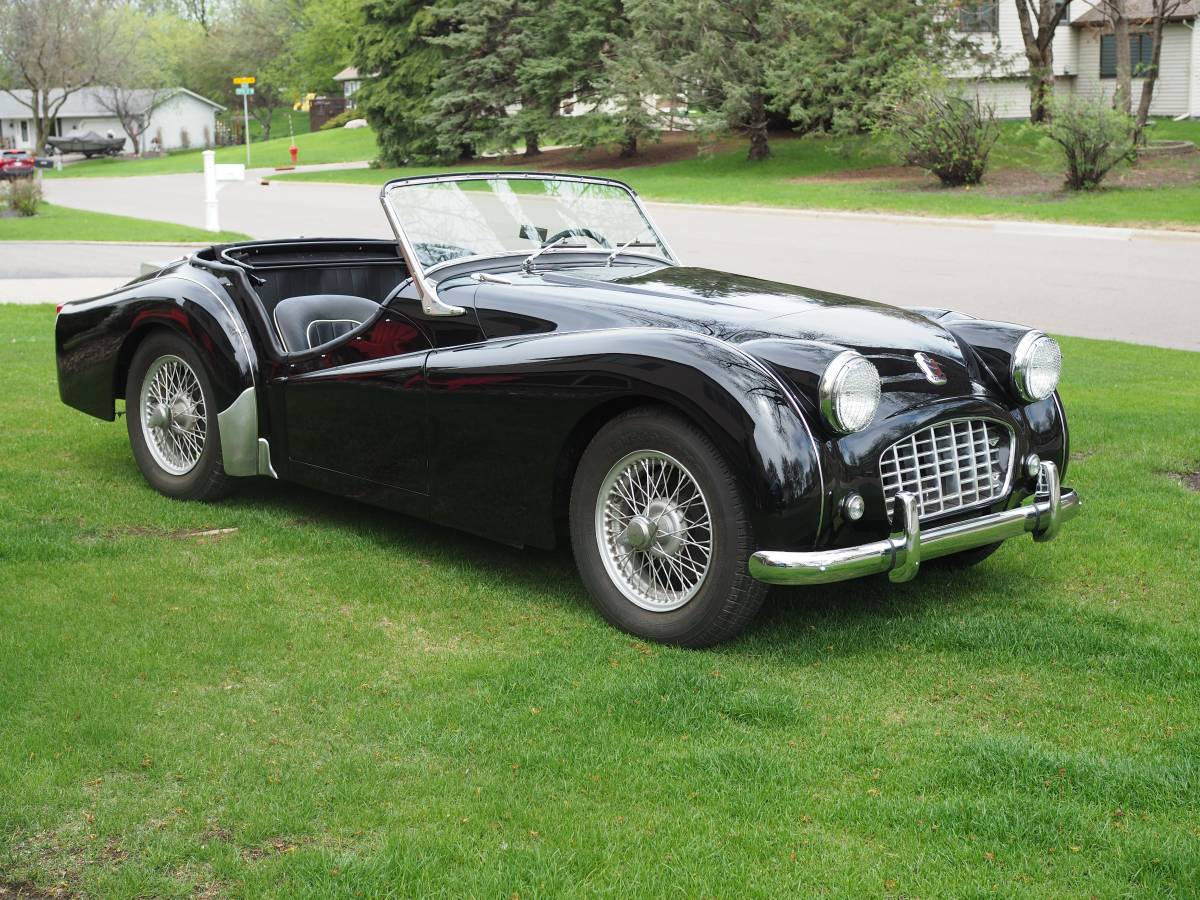 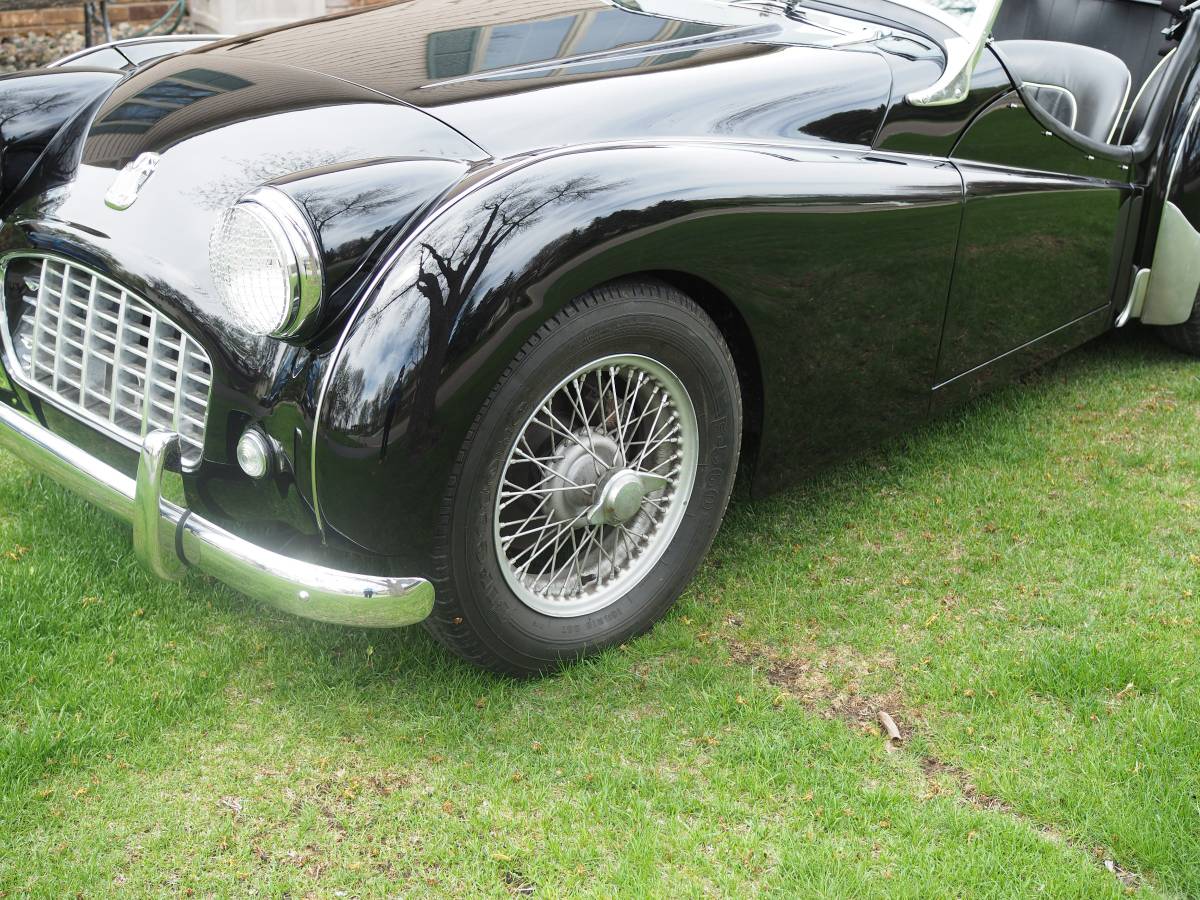 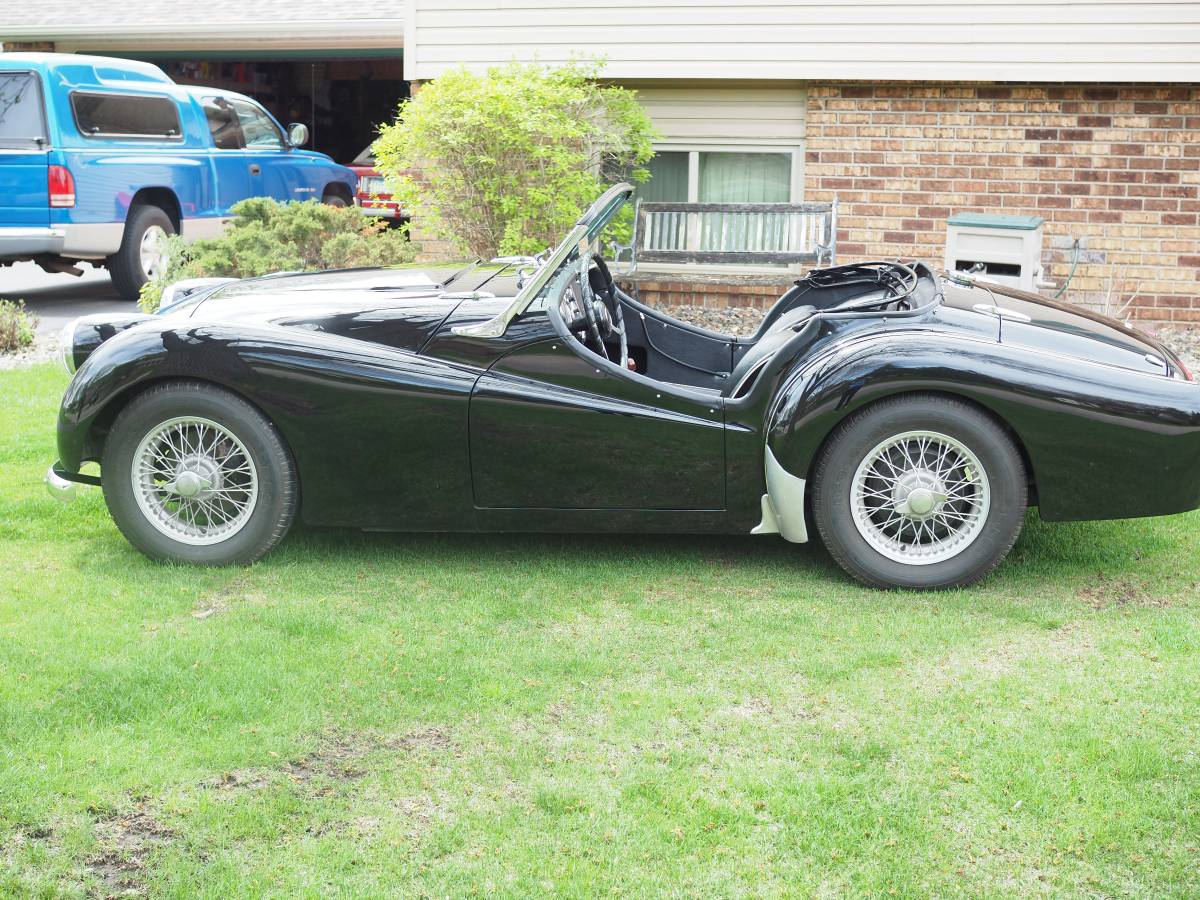 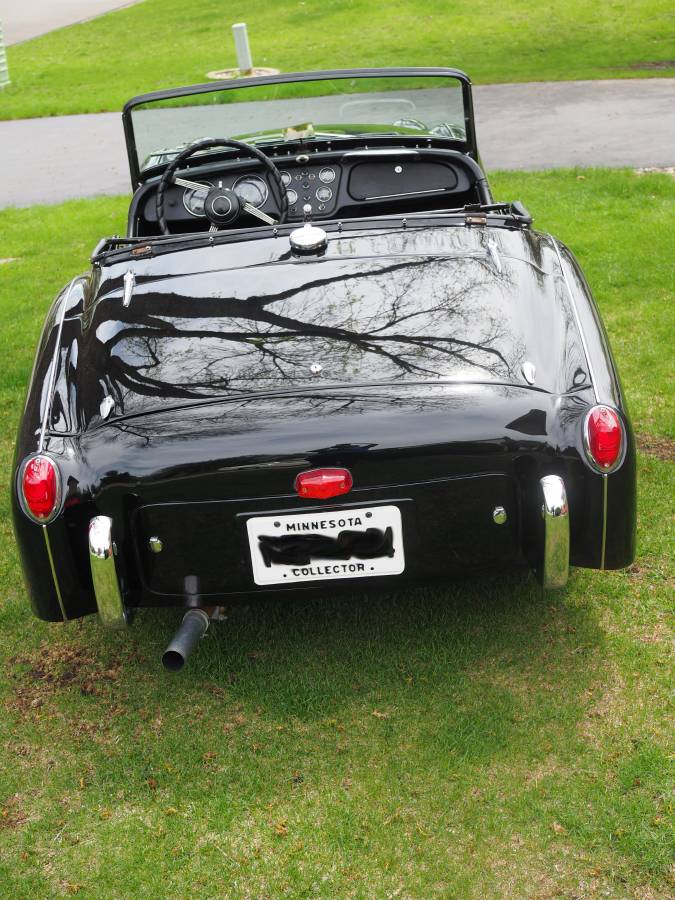 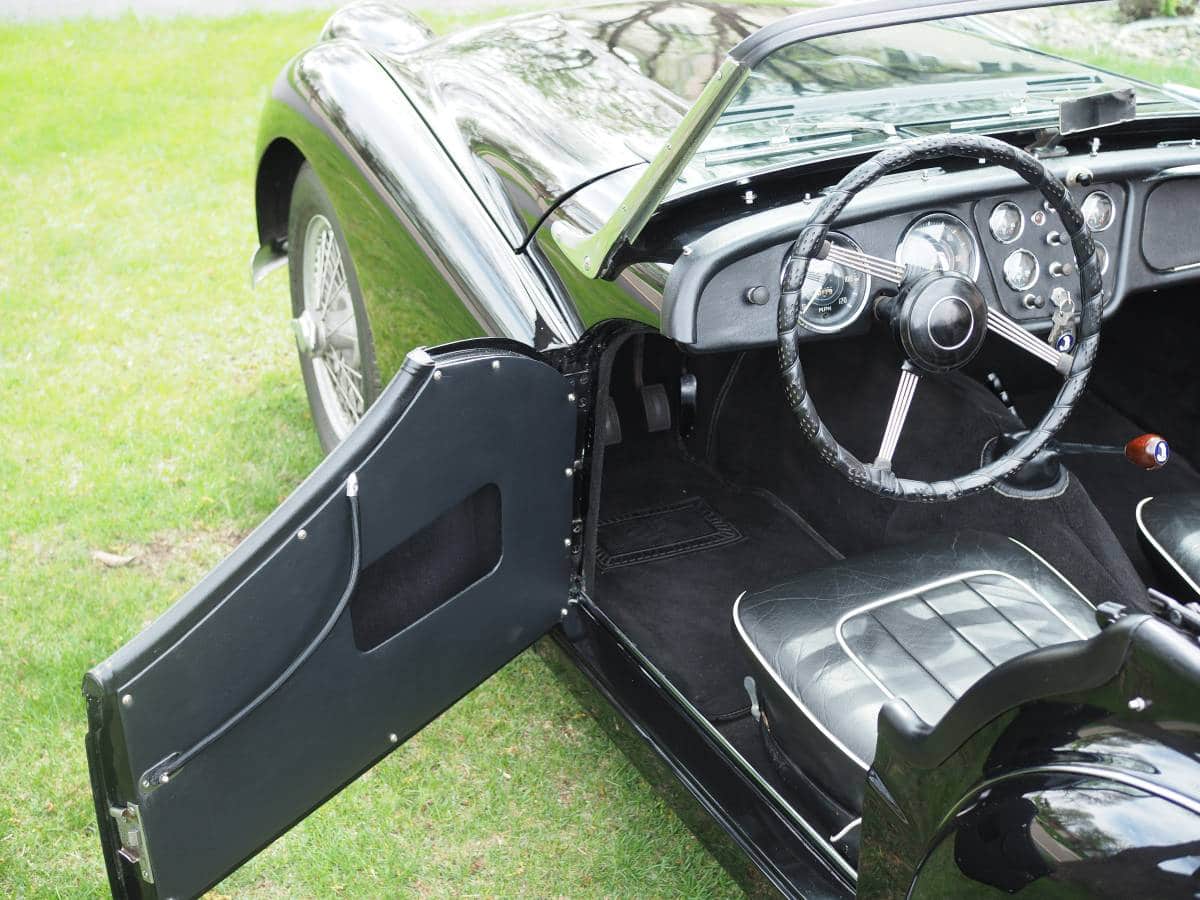 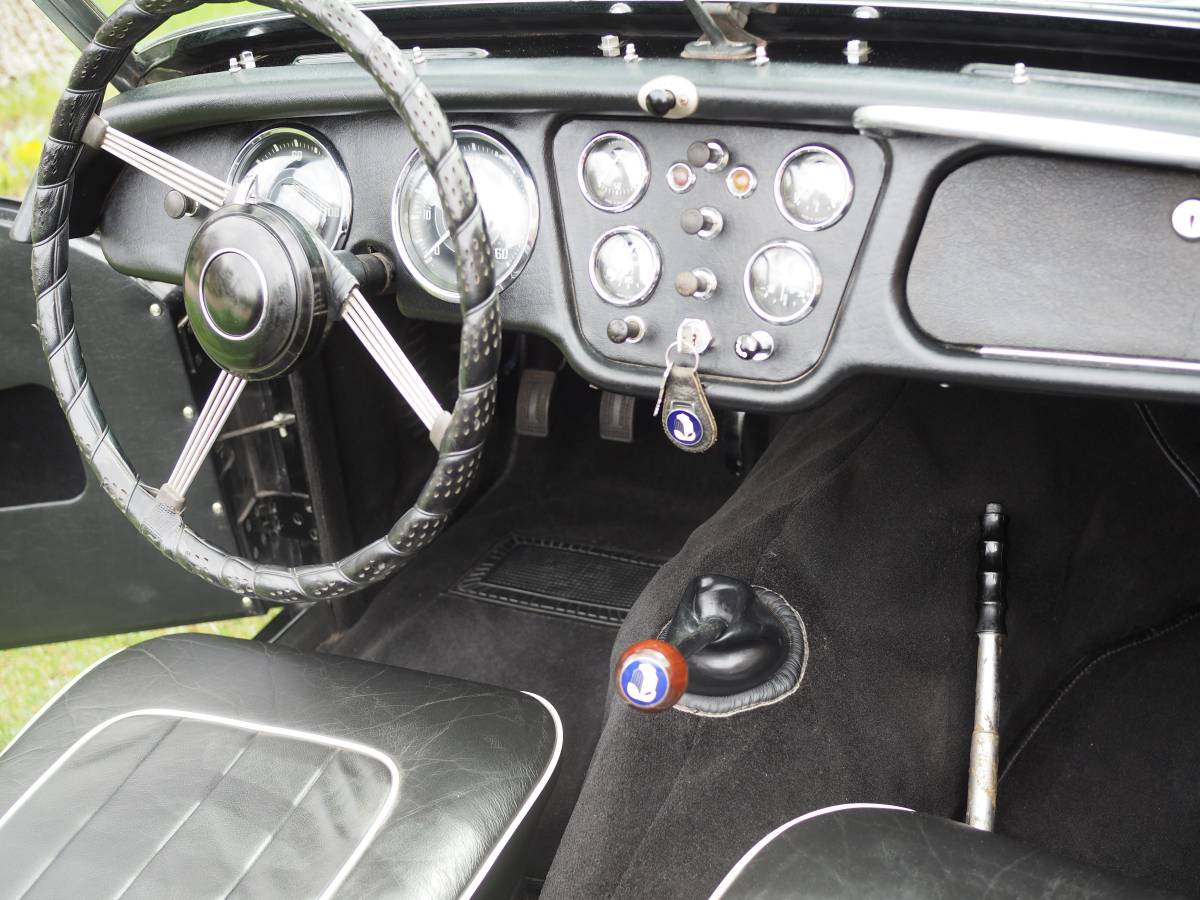 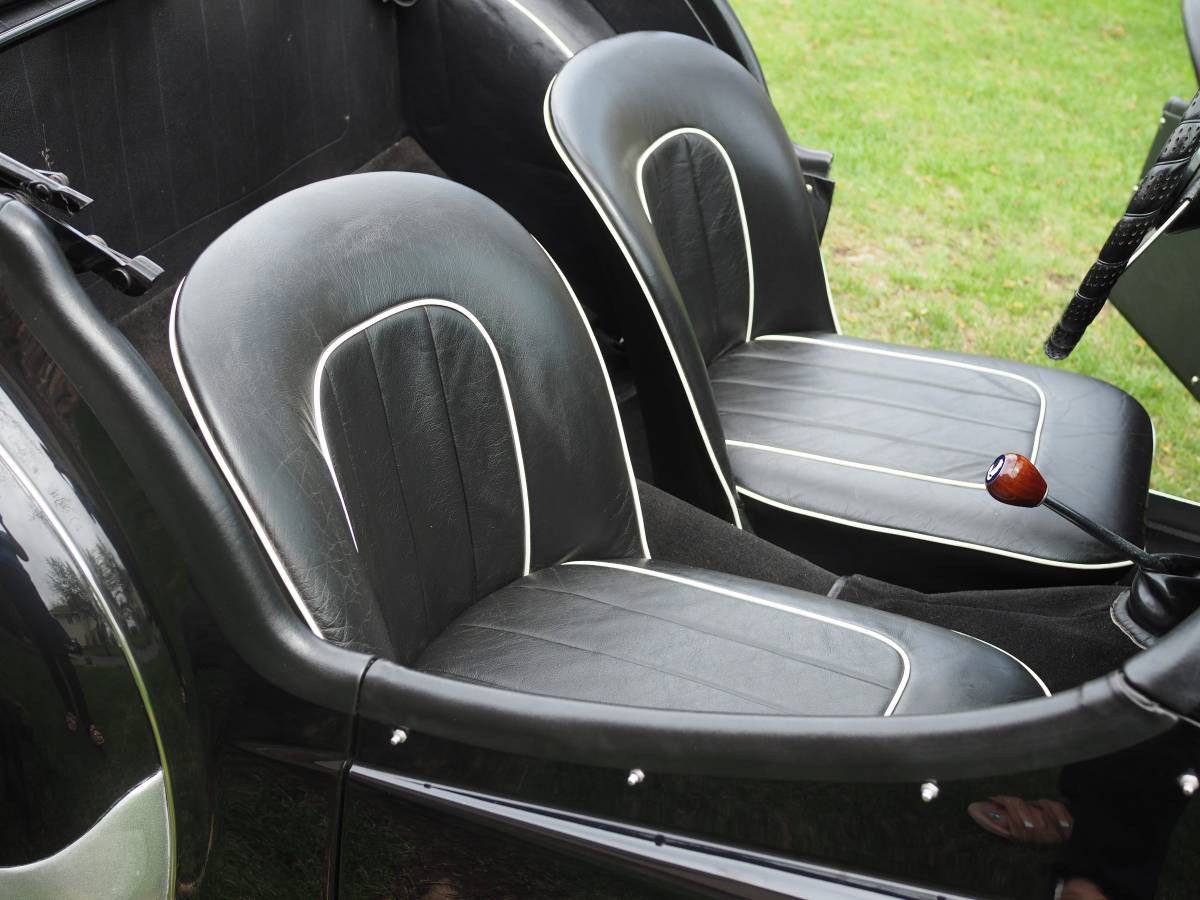 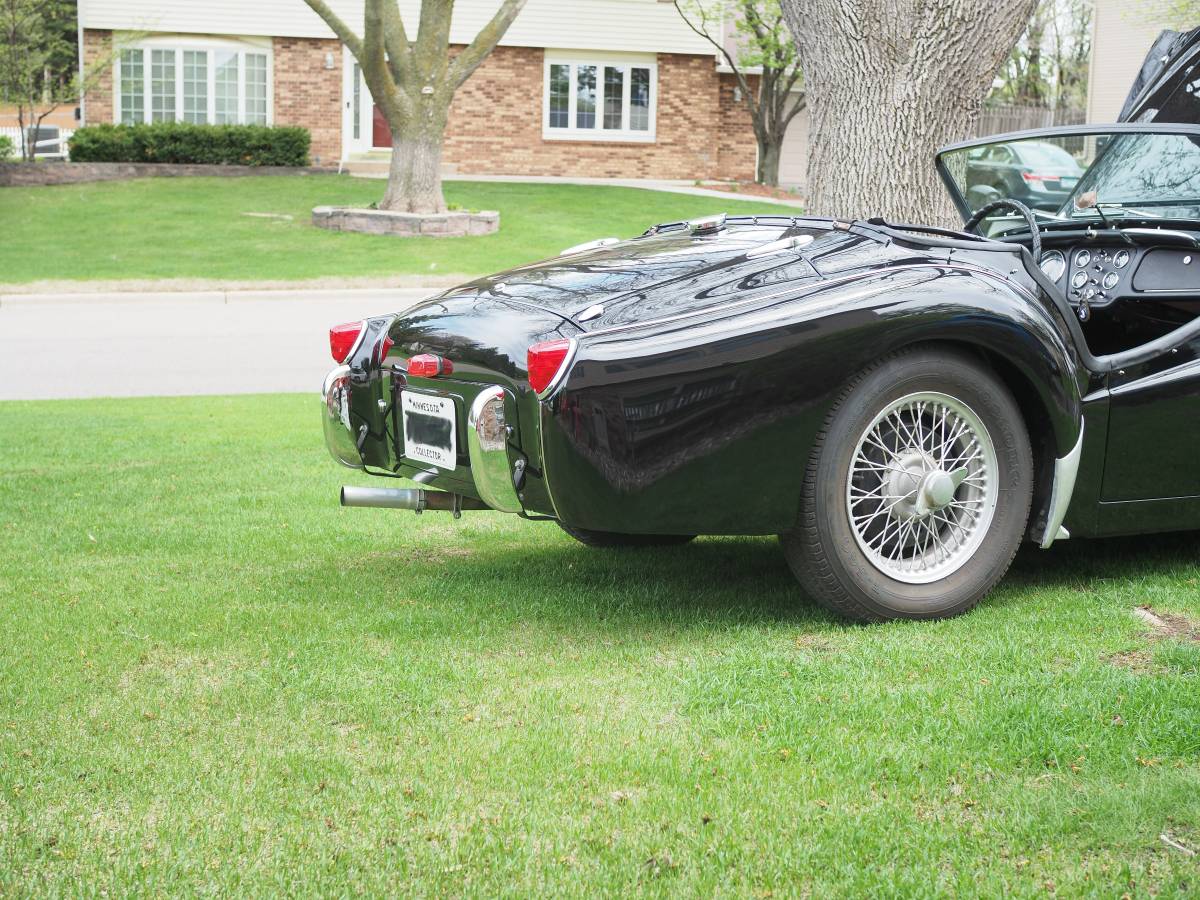 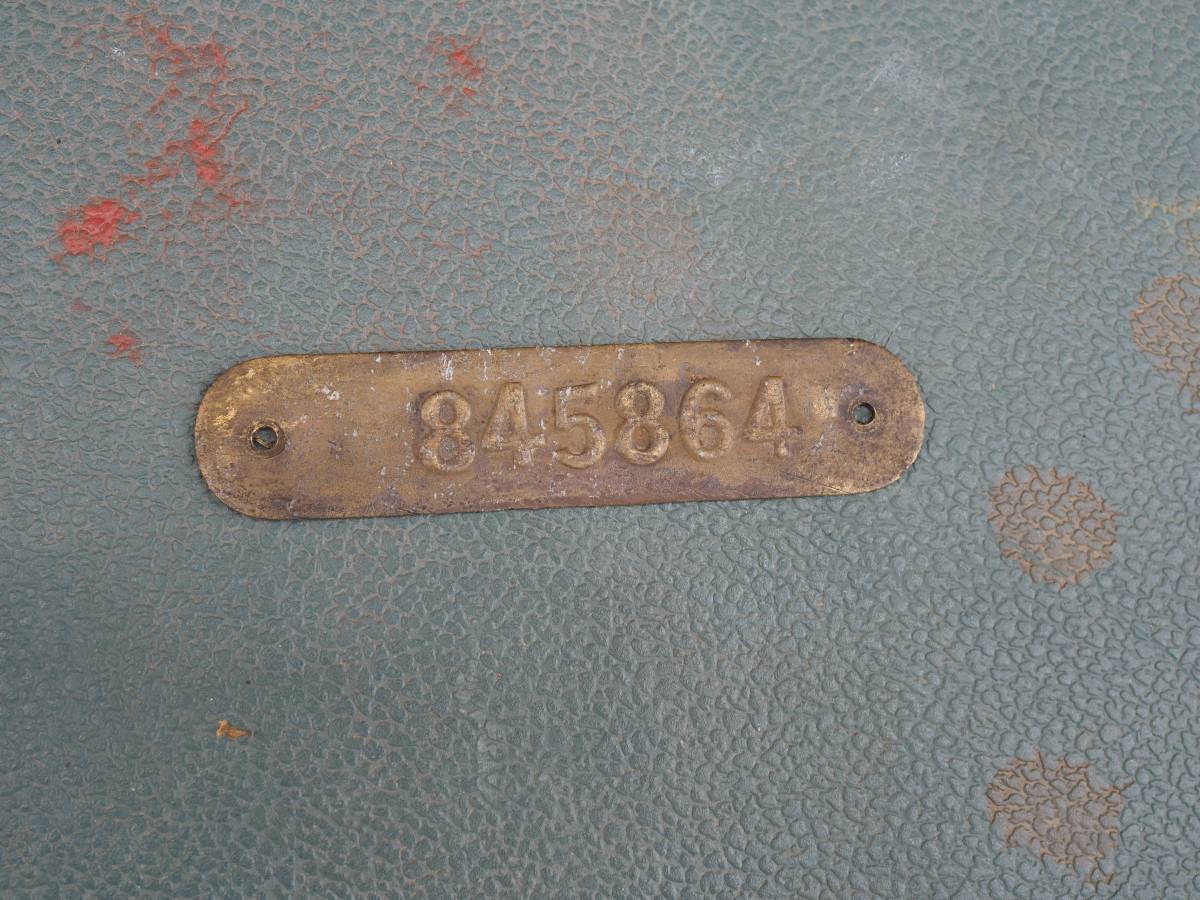 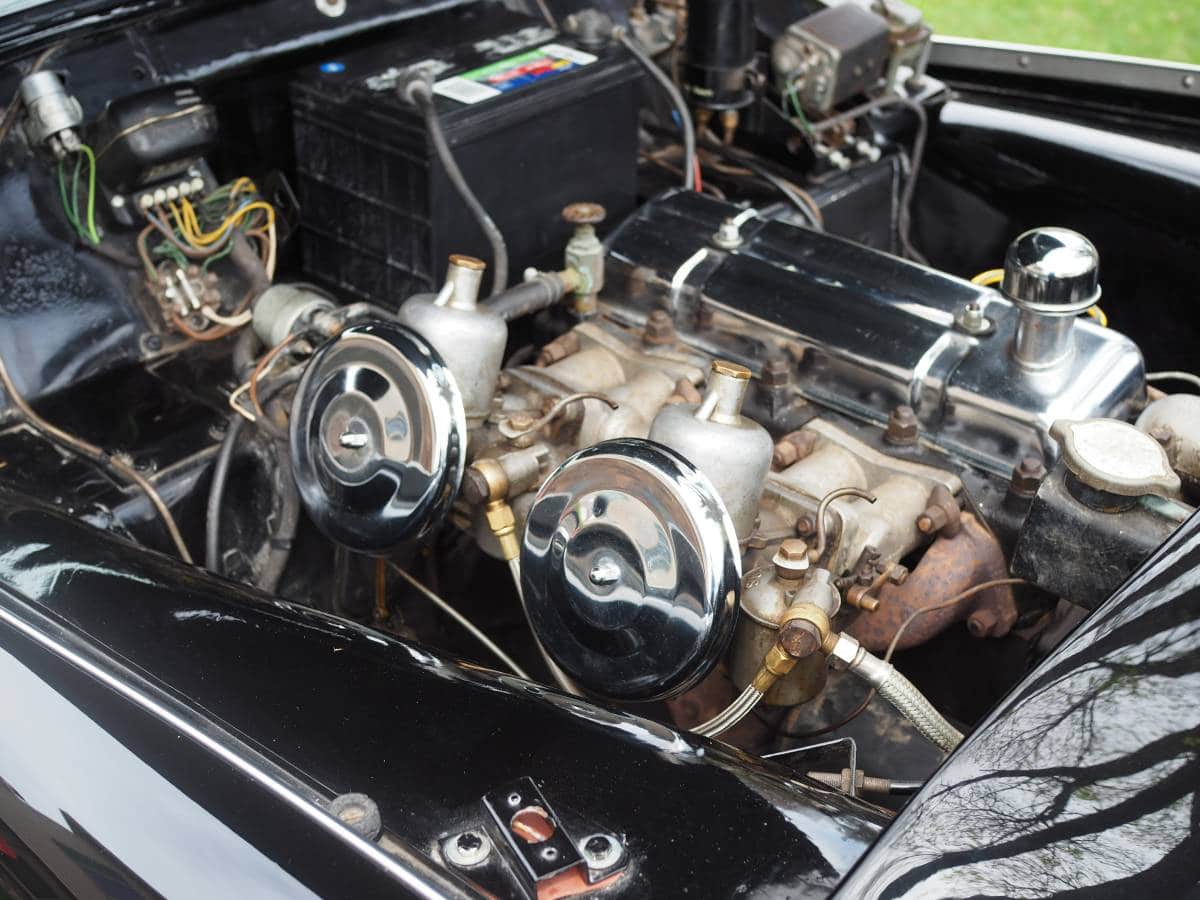 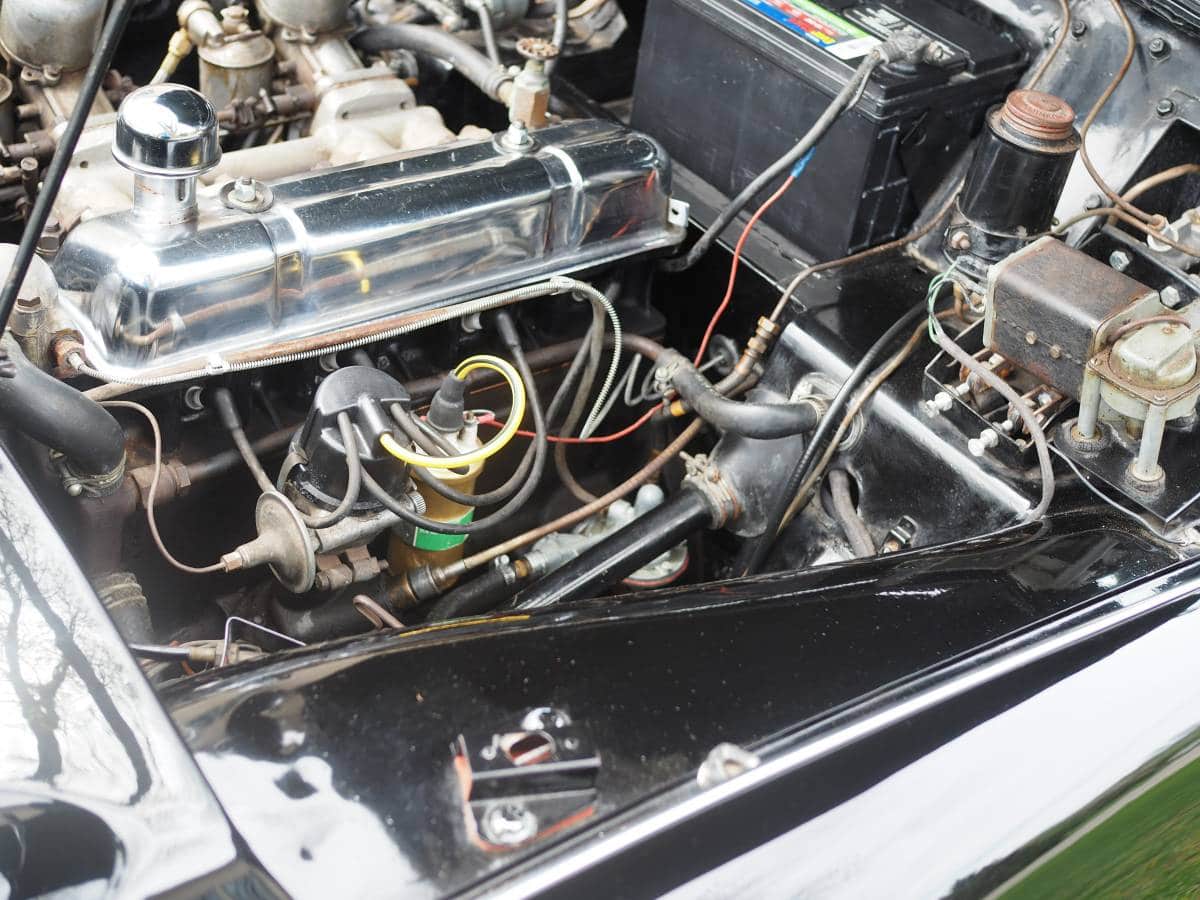 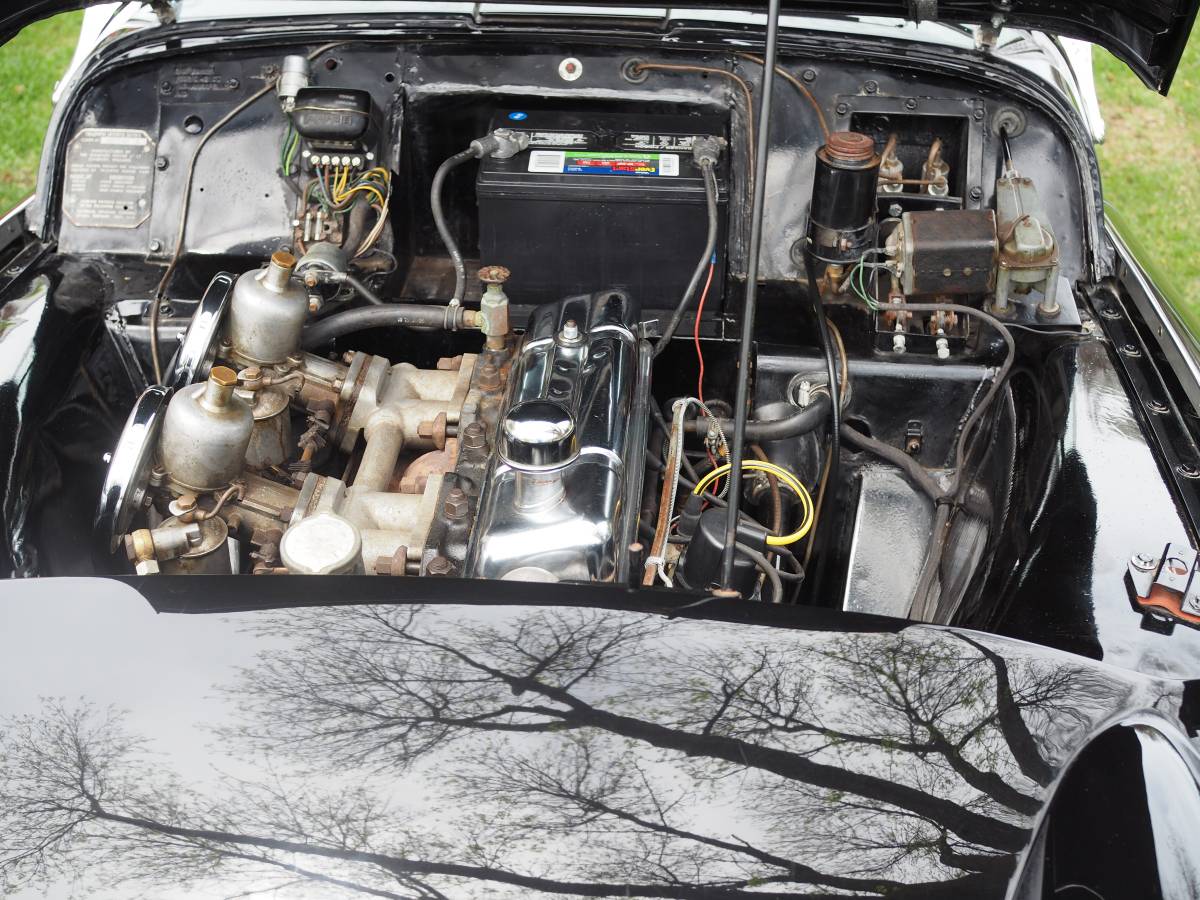 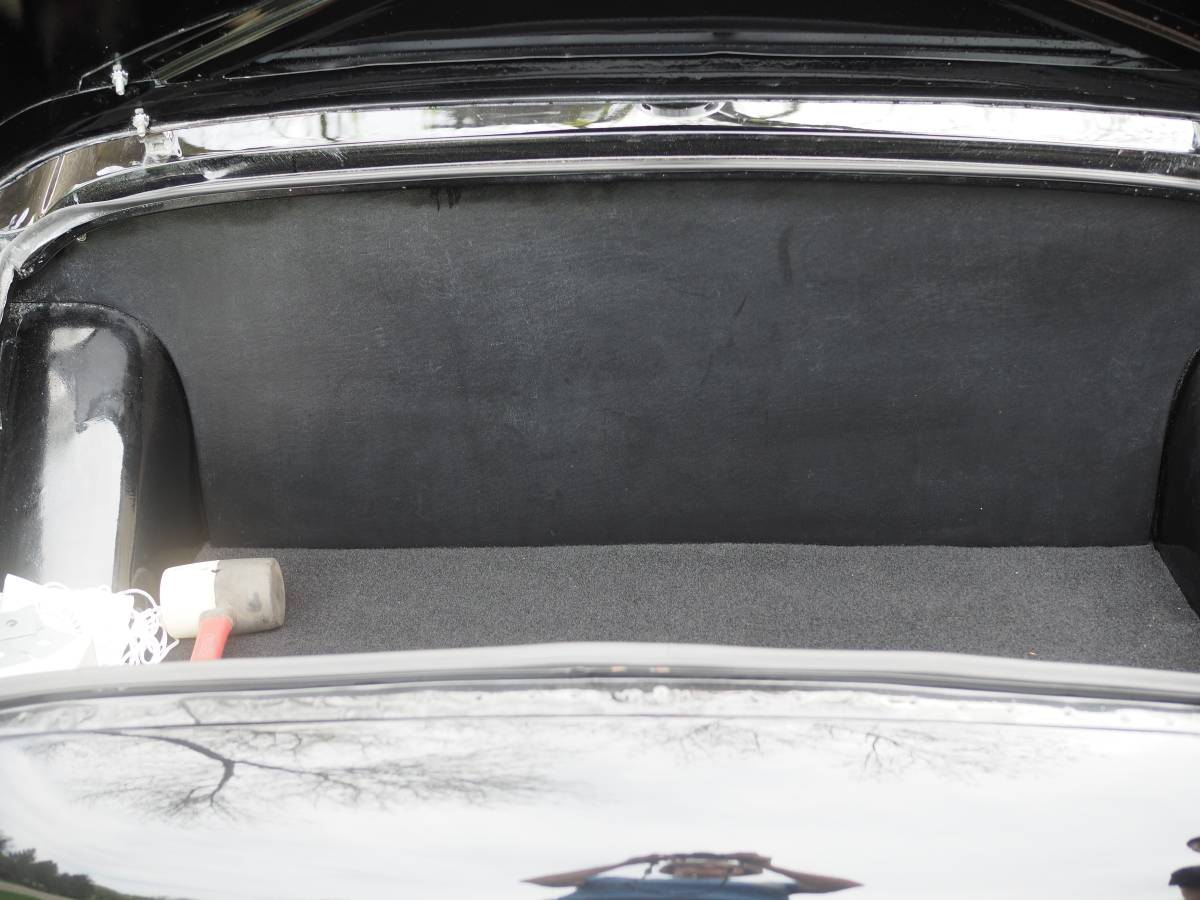 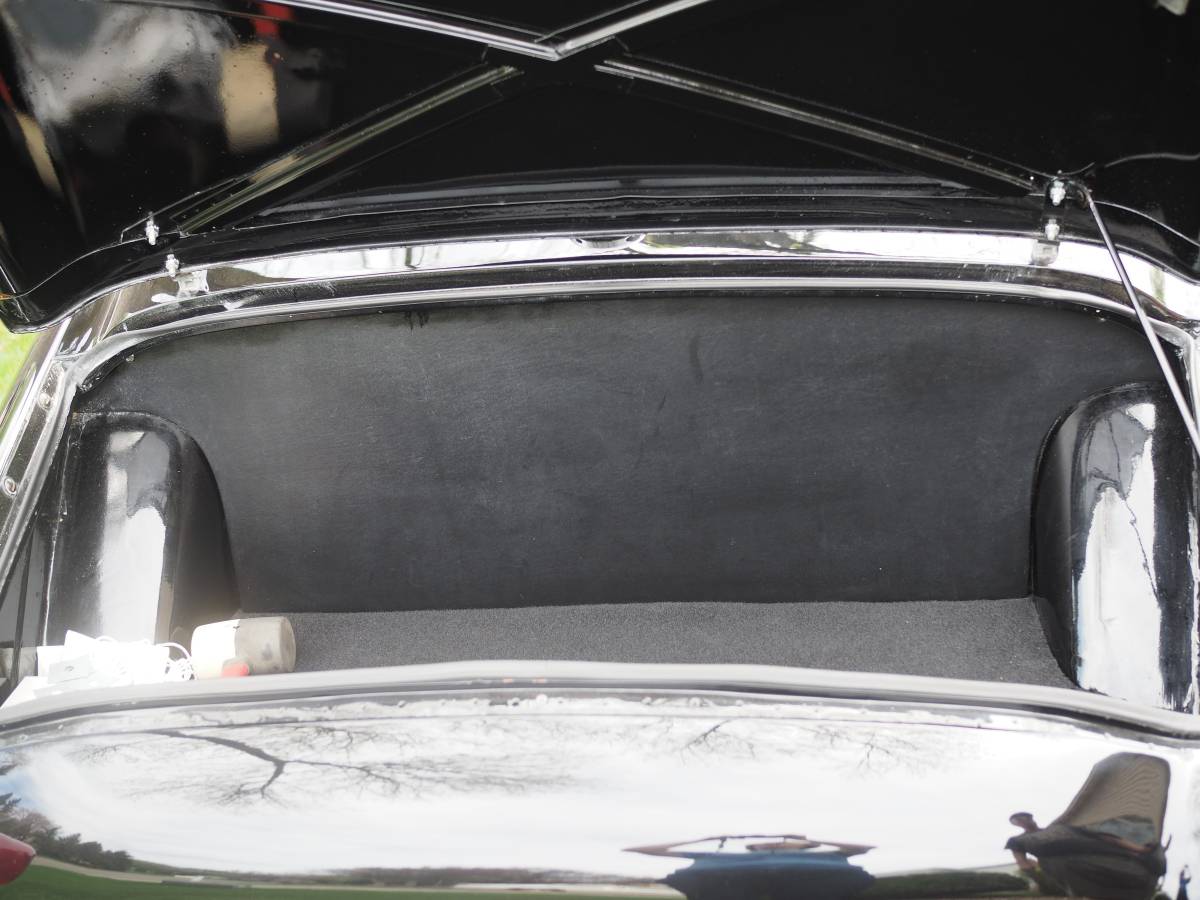 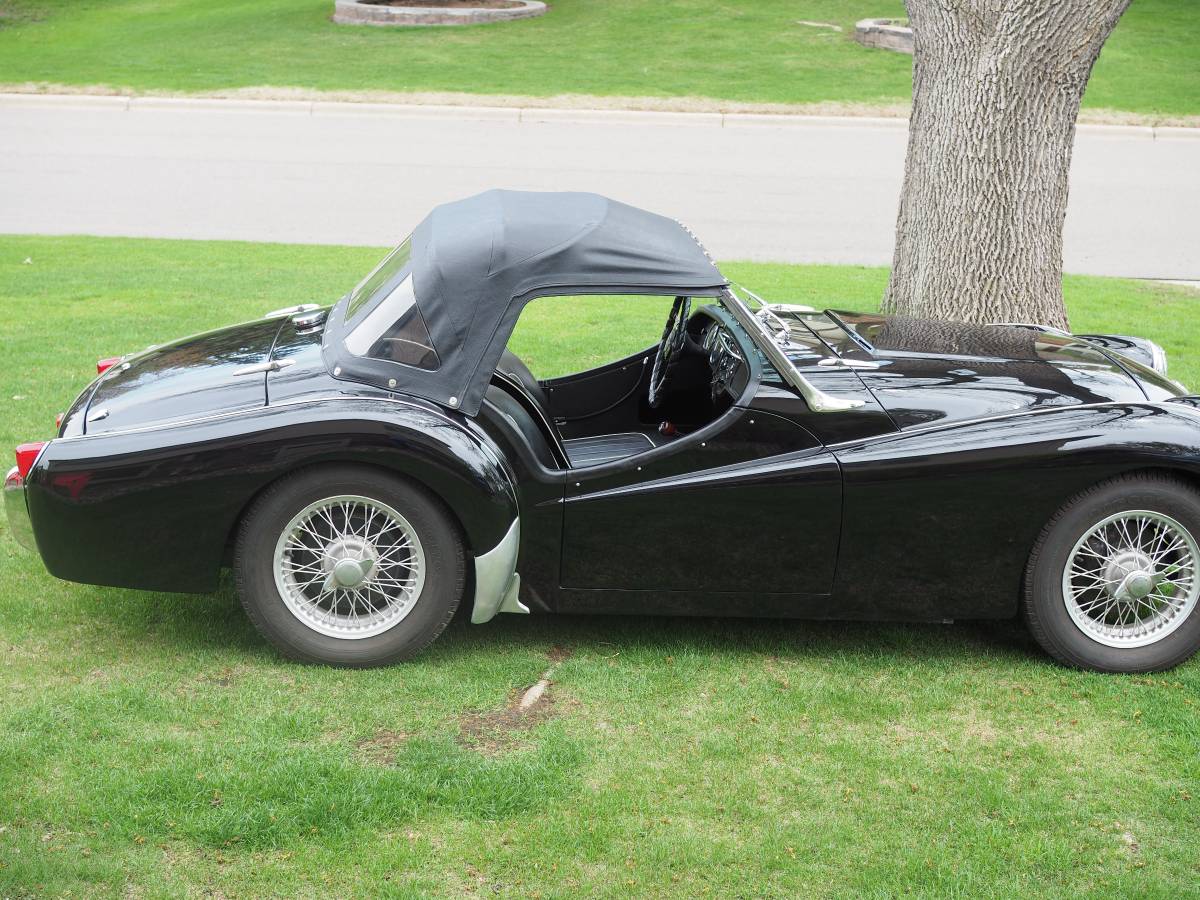 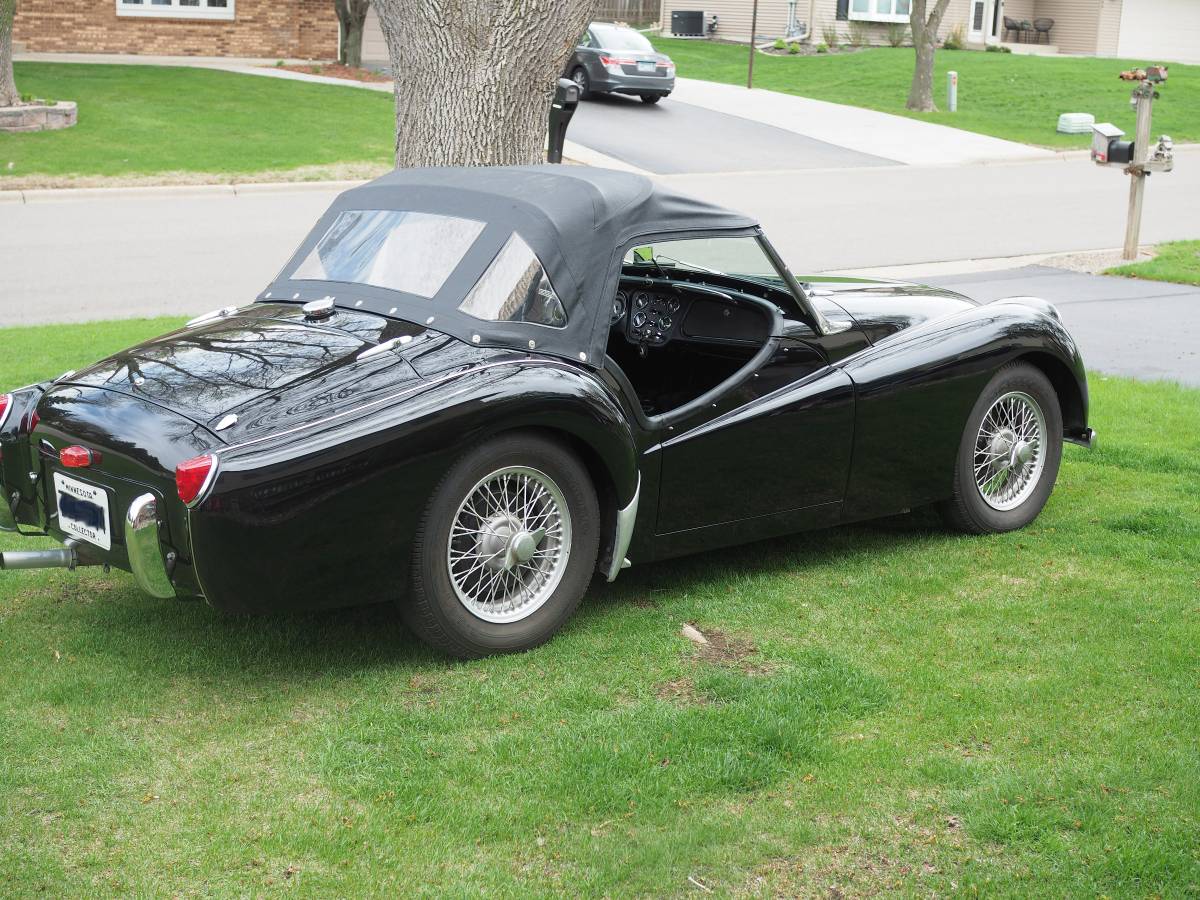 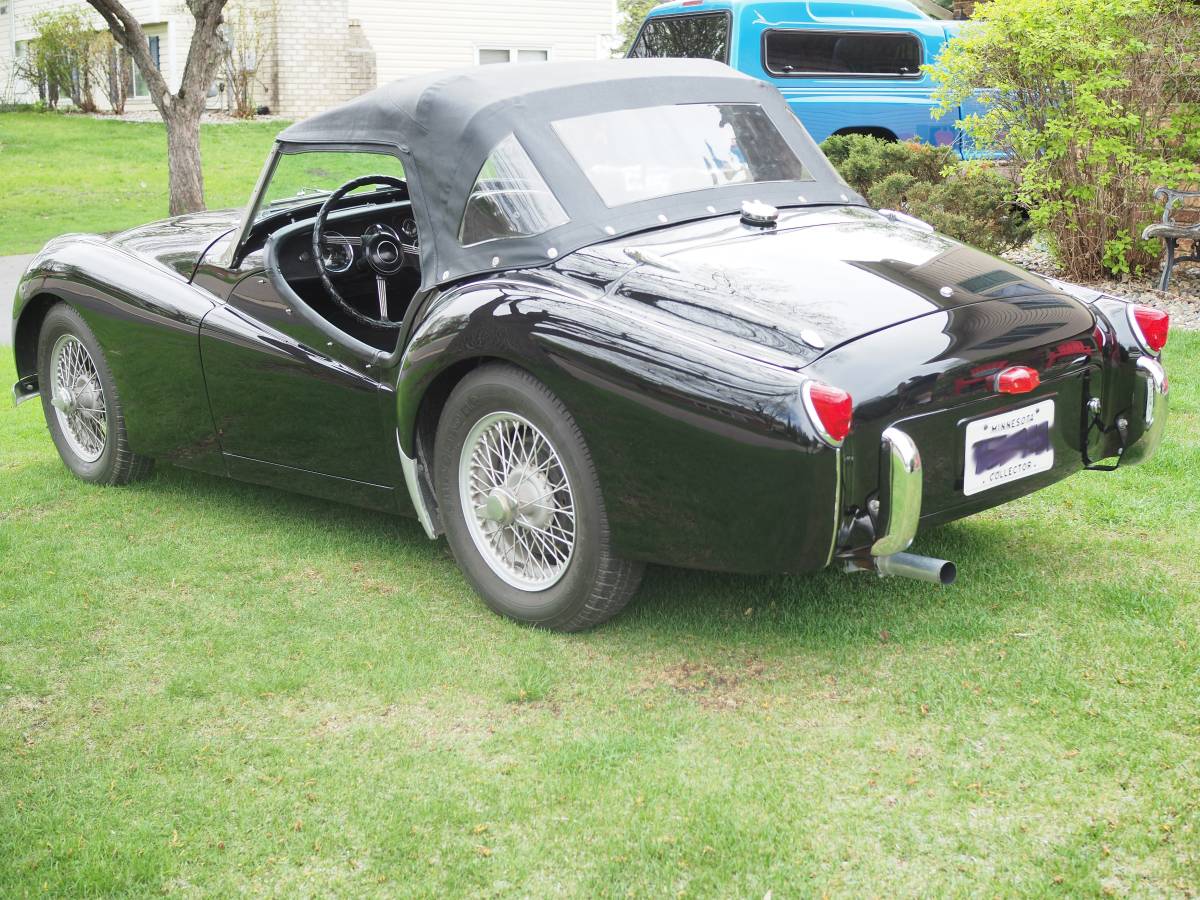 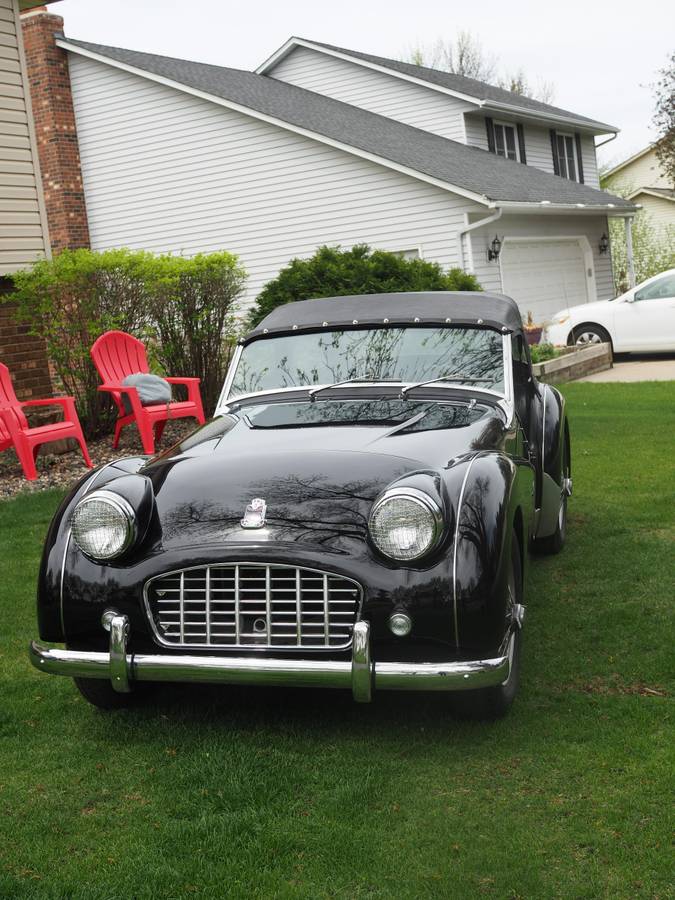 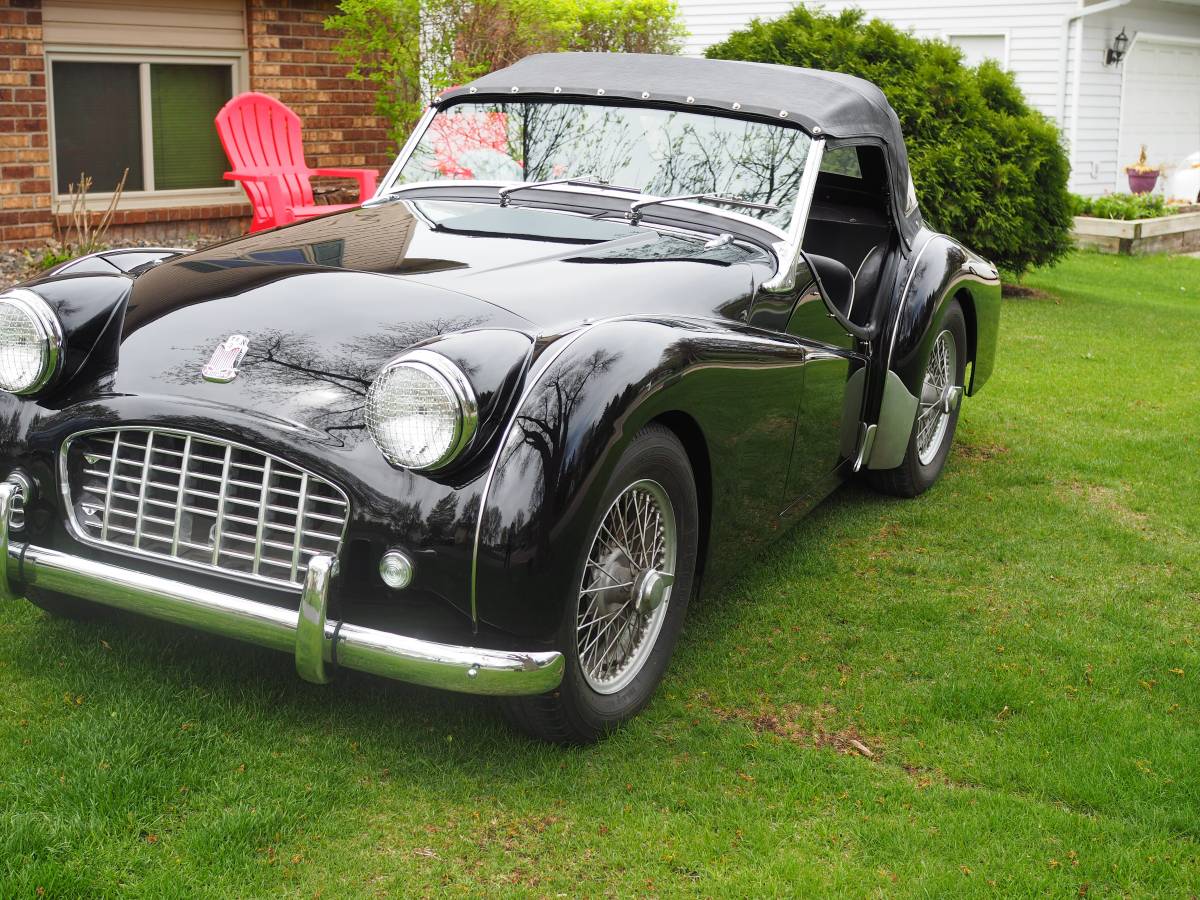 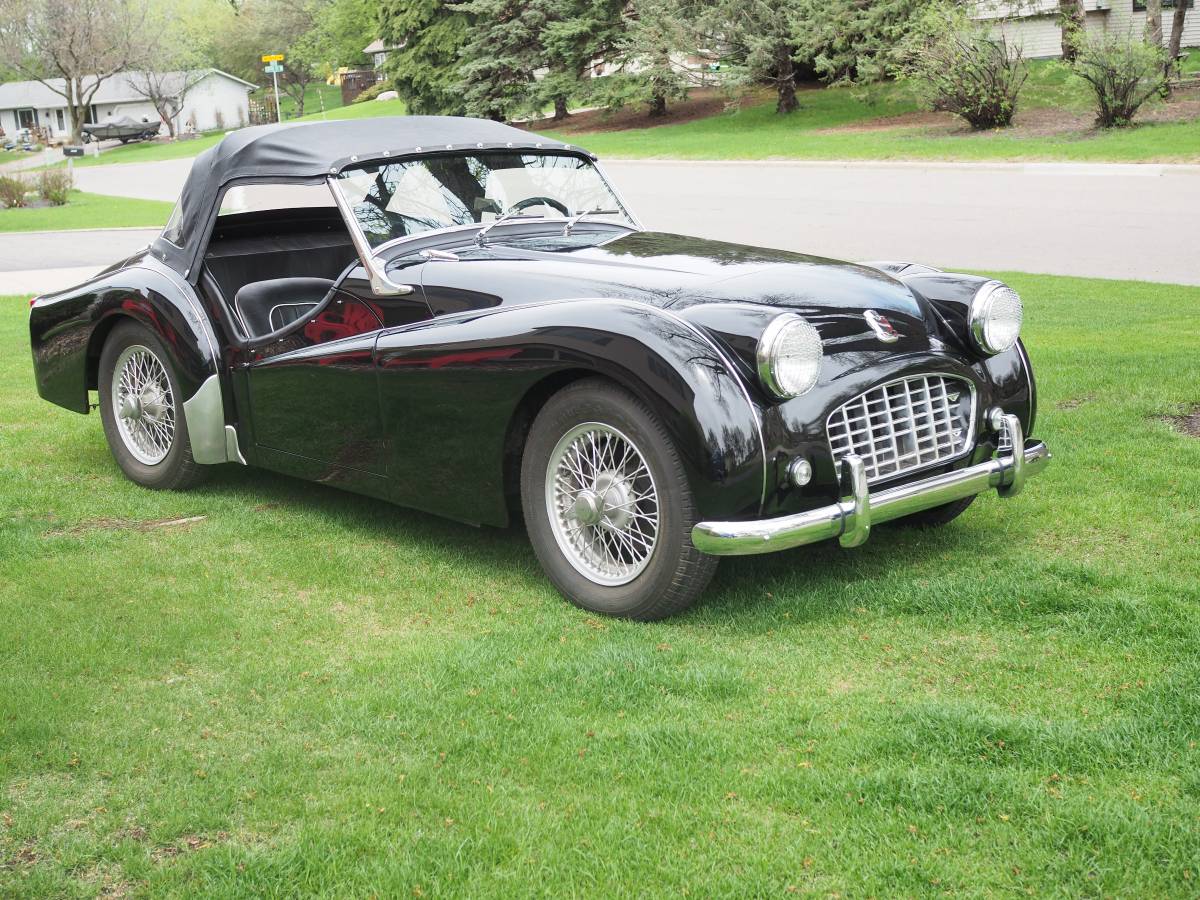 While the vast majority of Triumph TR3 variants featured a full-width front grille that housed a pair of turn signals, the early 1955 and 1956 variants featured a much smaller opening.  Affectionately known as “Small Mouth” TR3 among Triumph enthusiasts, this triple black 1956 Triumph TR3 originally listed in May 2022 on Craigslist in Burnsville, Minnesota (Minneapolis) provides a front-end picture showing the smaller opening. The seller reports that in addition to a newer top, the sale of their restored TR3 will include an older boot and a pair of wedge-style side curtains, and a car cover. This example also features the optional 48-spoke wire wheels.

Currently offered for $16,800, Classic.com, the analytics and search engine for the collector car market, confirms the ask is well below this guide’s one-year results summary.  By clicking on the green dots, you can navigate to each comparable car sold as a way to help you understand this car’s current marketplace value:

The Standard-Triumph Motor Company produced the TR3 between 1955 and 1962 in Coventry, England. A traditional roadster, the TR3 is an evolution of the company’s earlier TR2 model, with greater power and improved braking. The early 1955 and 1956 variants featured a small grill that engineers enlarged when they launched the Triumph TR3A for the 1957 model year.  Triumph produced just over thirteen thousand examples of the original “pre-facelift” TR3, of which 1,286 were sold within the UK; the rest were exported mainly to the USA.

Powering the TR3 is a 1,991cc wet liner, overhead-valve, inline-four borrowed from Triumph’s Standard model producing 95 brake horsepower. Equipped with a four-speed manual transmission, Triumph offered an optional, electrically controlled overdrive unit that worked on the top three gears, effectively making the gearbox a seven-speed. In 1956, Triumph engineers upgraded the front brakes from drums to discs, which was a first for a British series production car.

The TR3 is a true roadster, designed for sunny weather but with removable rain protection. It has a convertible top that snaps on and off and removable side curtains, allowing very low doors with padding for the driver’s arm to rest on. There are holes in the floor, with rubber plugs, so that the originally supplied jack might be used from inside the car, as did the Jaguar XK120.  The optional heater is poor, and the shut-off valve is under the hood. There is room for a third person or child sitting sideways behind the seats, but no accommodation for them.

The rugged ‘side screen’ TR, so named for its employment of removable plexiglass side curtains, was a sales and motorsport success. With approximately 74,800 TR3s sold across all variants, the model was the company’s third best-seller in the TR range, behind the TR7 (111,500 units) and TR6 (94,500 units) models.

Based upon the seller’s description and the pictures provided, this triple black 1956 Triumph TR3 appears to be a nicely equipped example available just in time for the top-down, sports car season.

“I have a great-looking and driving 1956 Triumph TR3 for sale. Is equipped with a 4-cylinder engine, 4-speed transmission, wire wheels, and front disc brakes. Has a very good paint job, a nice interior, and a newer convertible top. Will include an older boot and a pair of wedge-style side curtains and a car cover. All lights, gauges, wipers, signal, and running lights work. Has a clear title, commission plate, and original body number brass tag. This is an older restoration but still looks good!
Please call for additional information. Cash-only deal. Thanks for looking!”

Do you have a Triumph TR3 story to share?  If so, comment below and let us know!