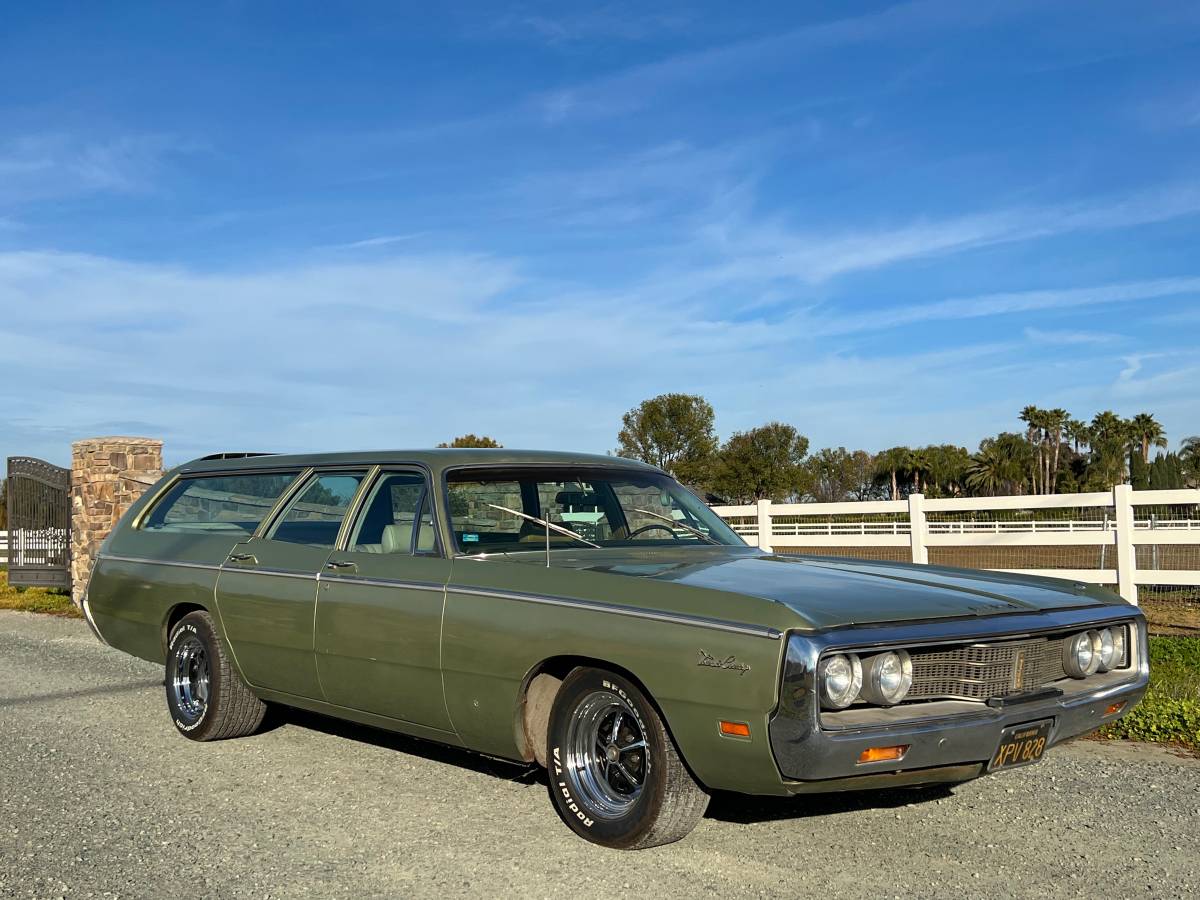 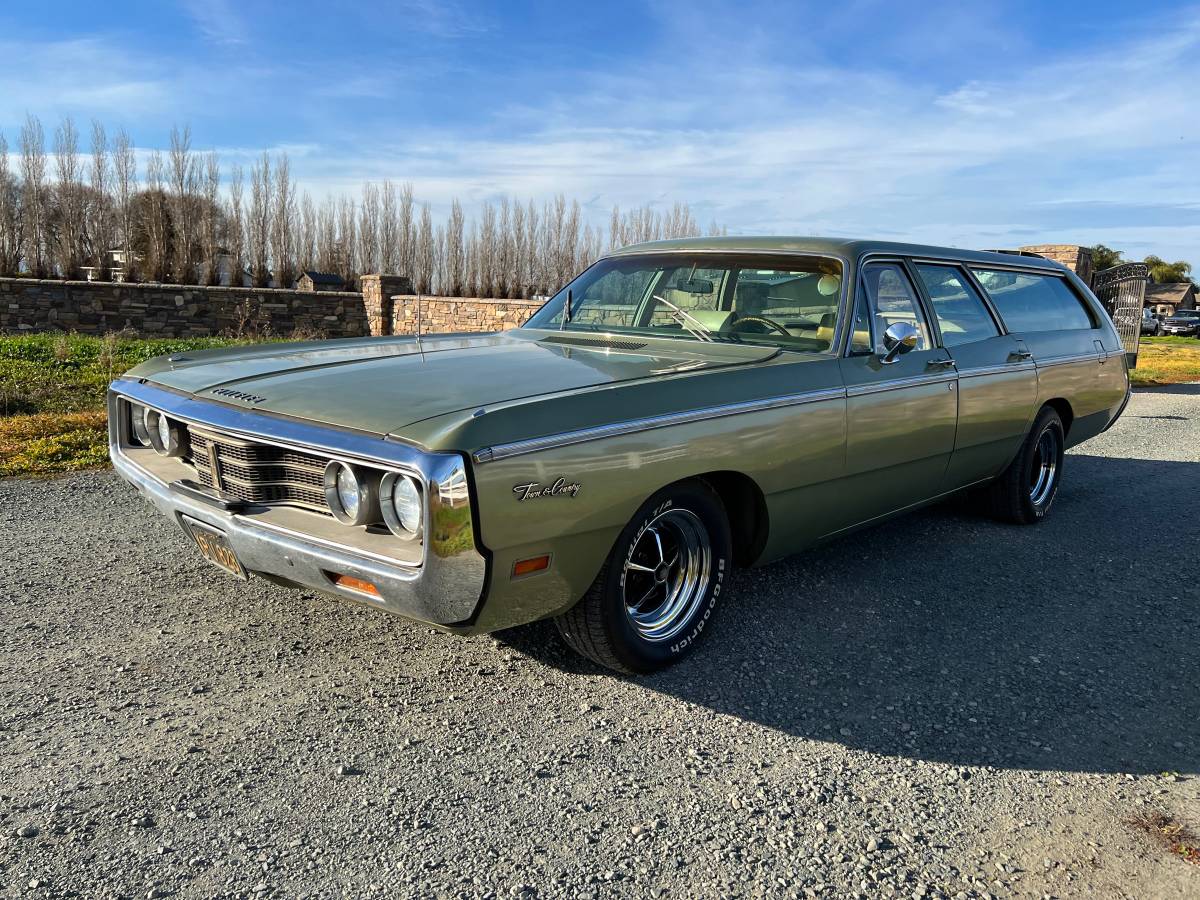 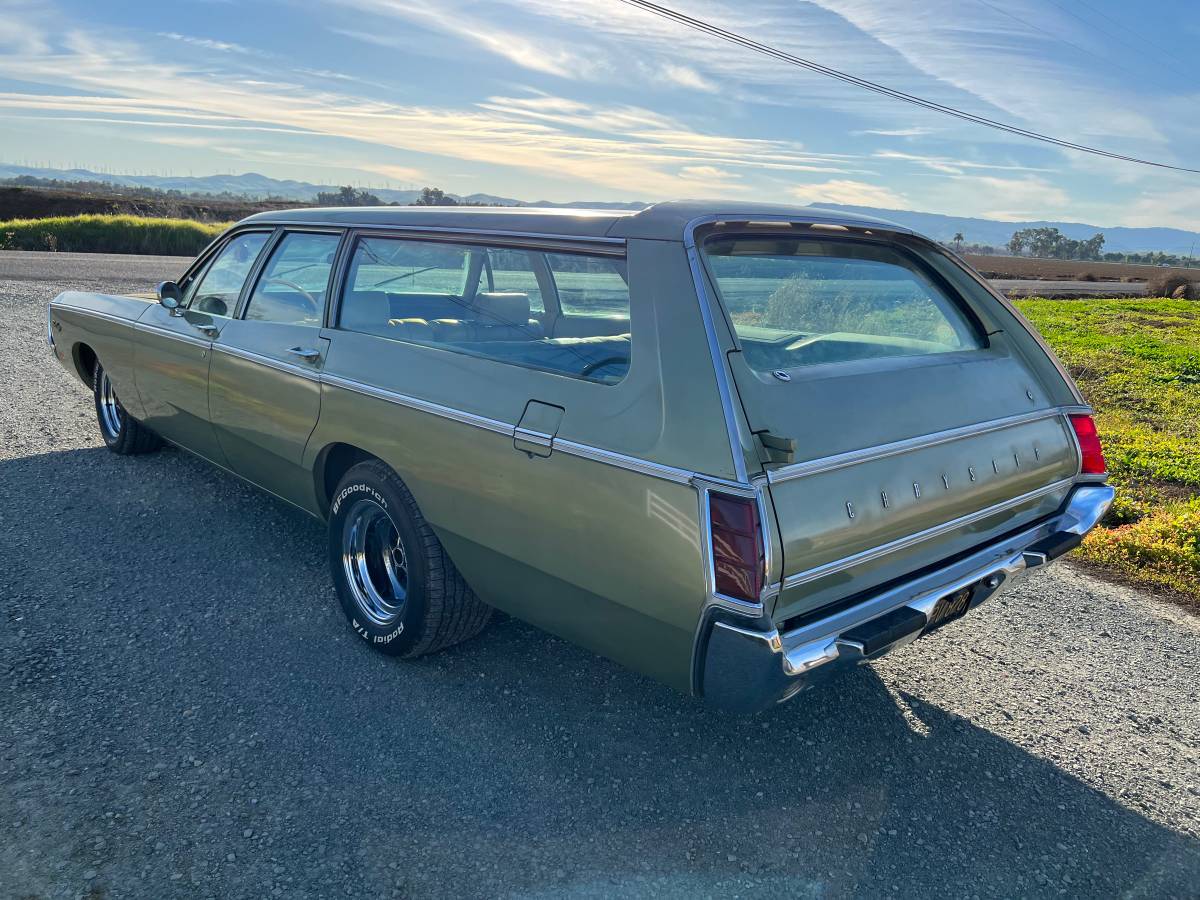 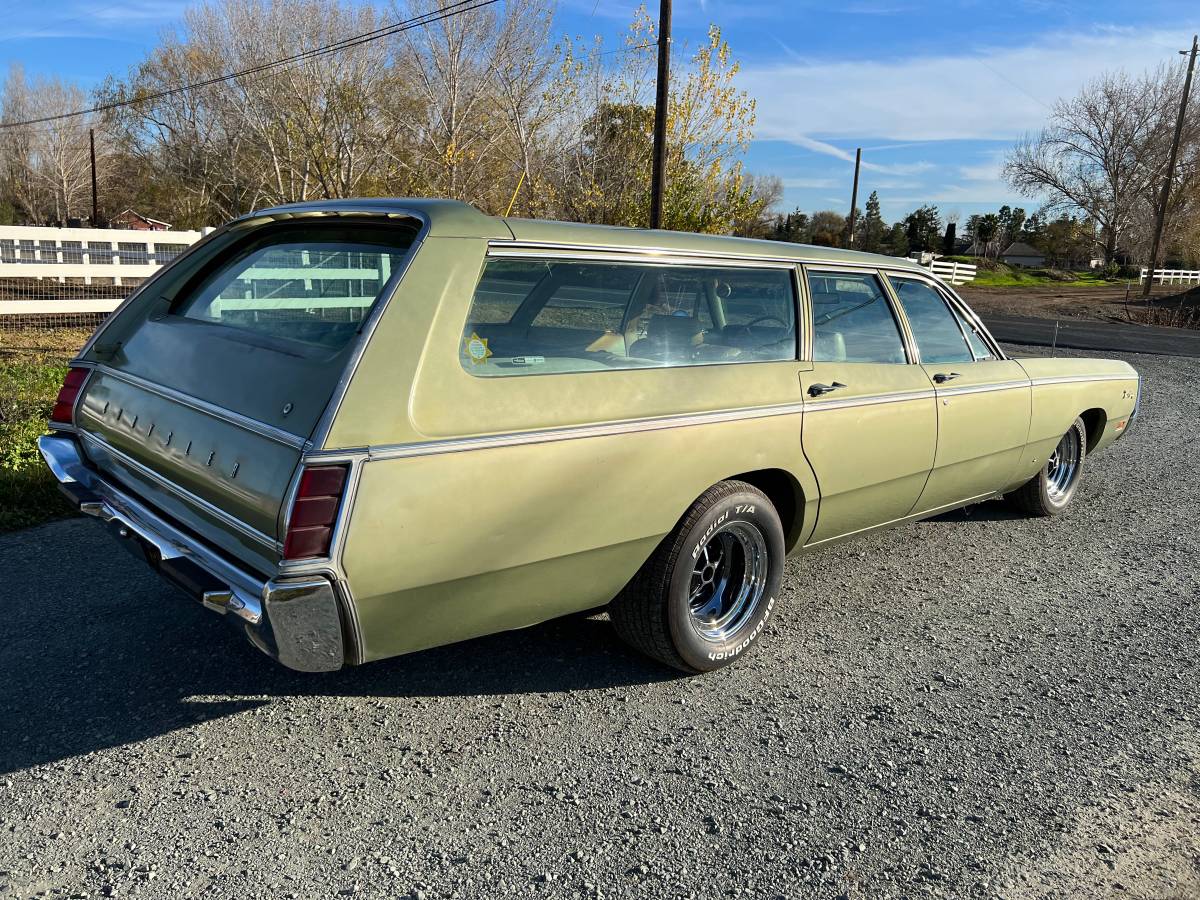 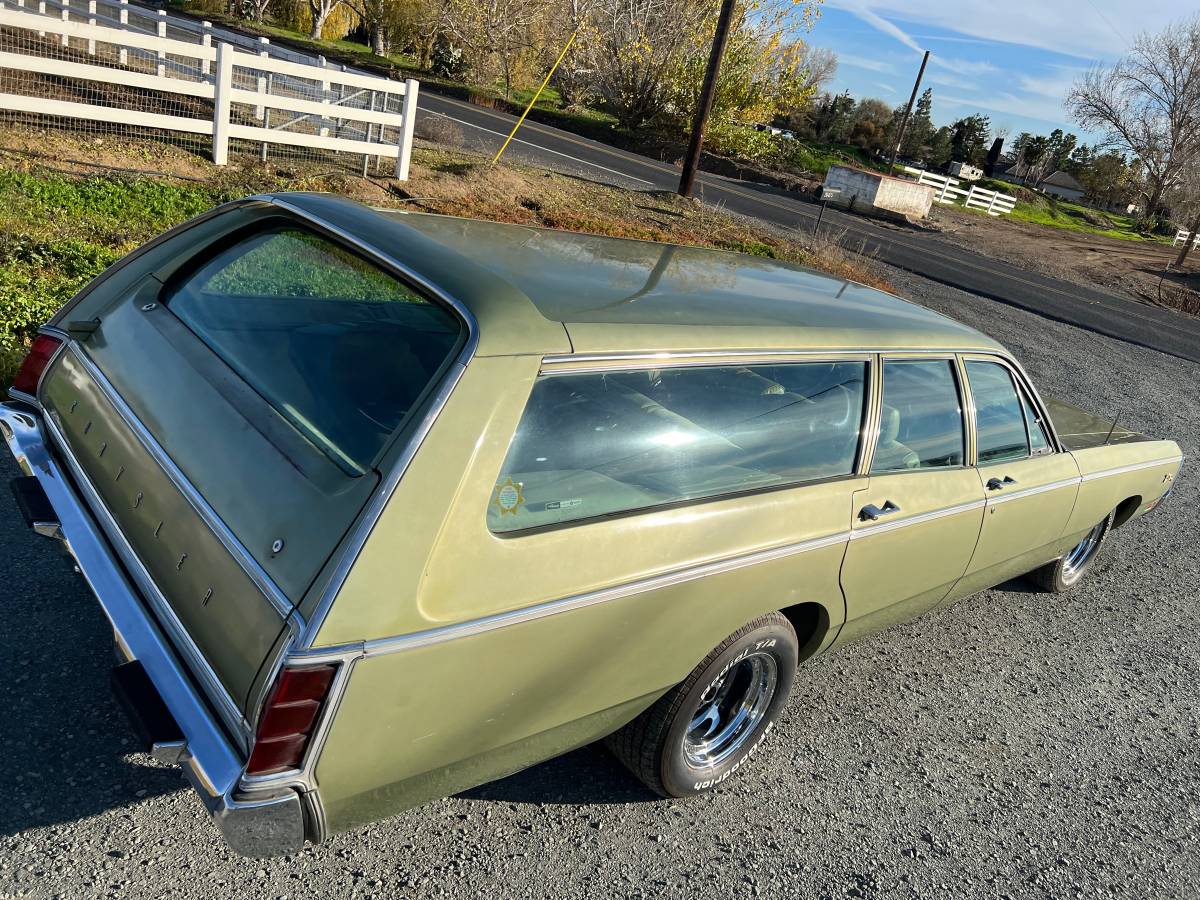 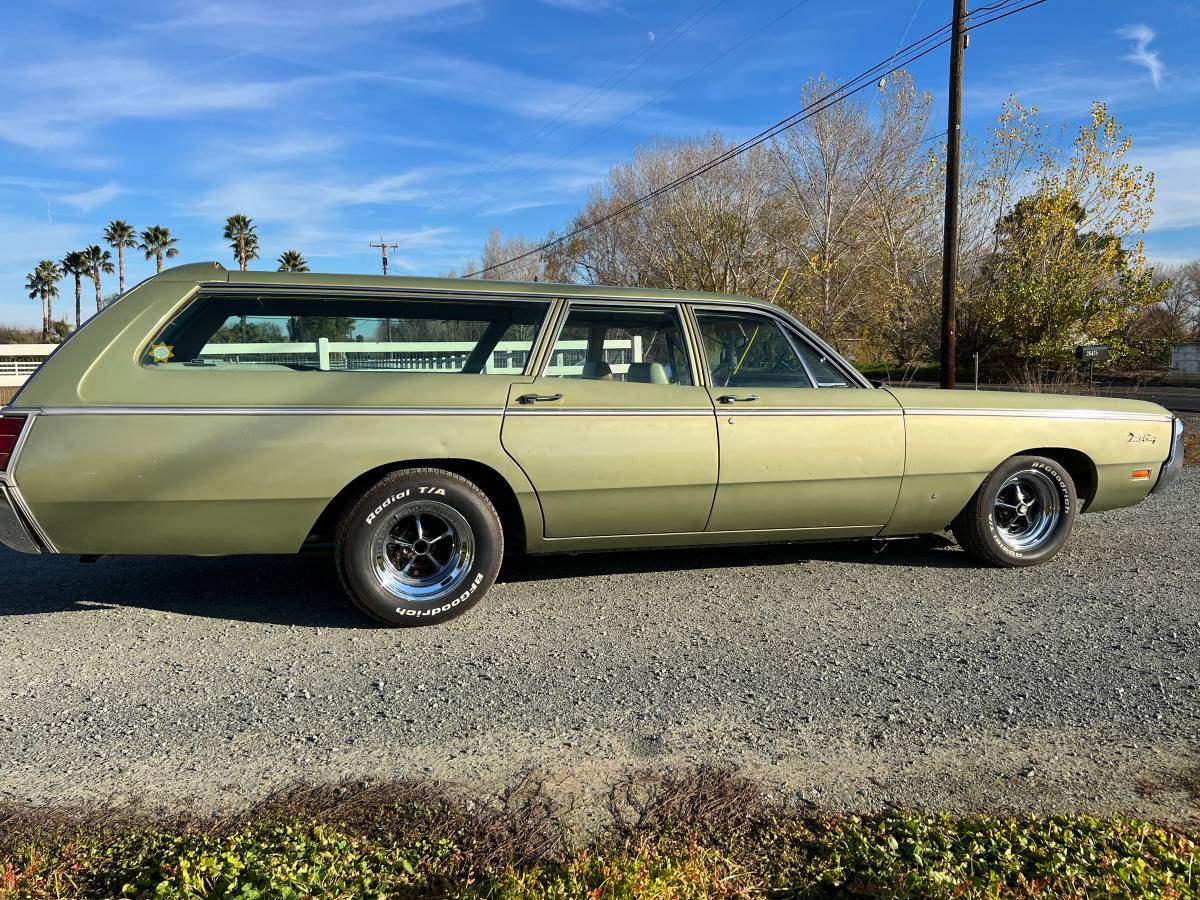 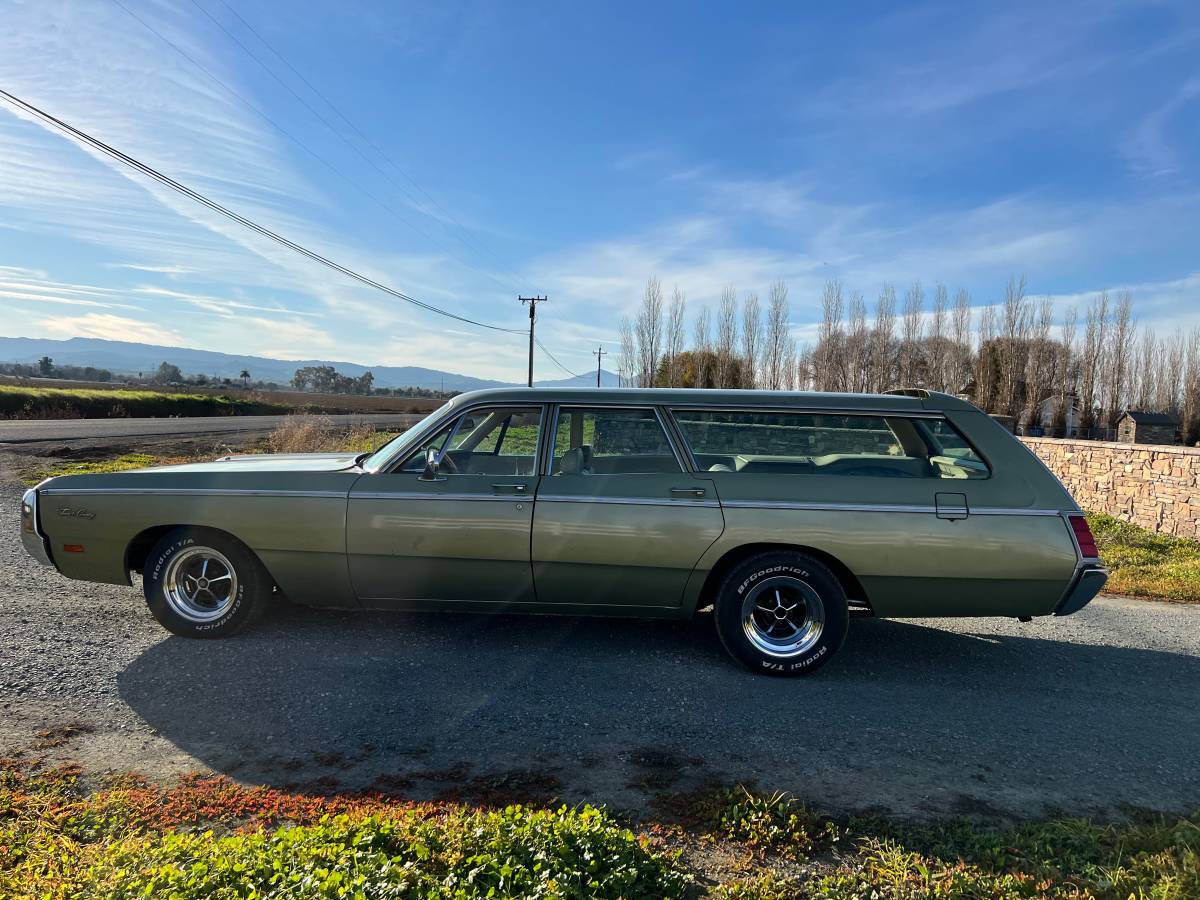 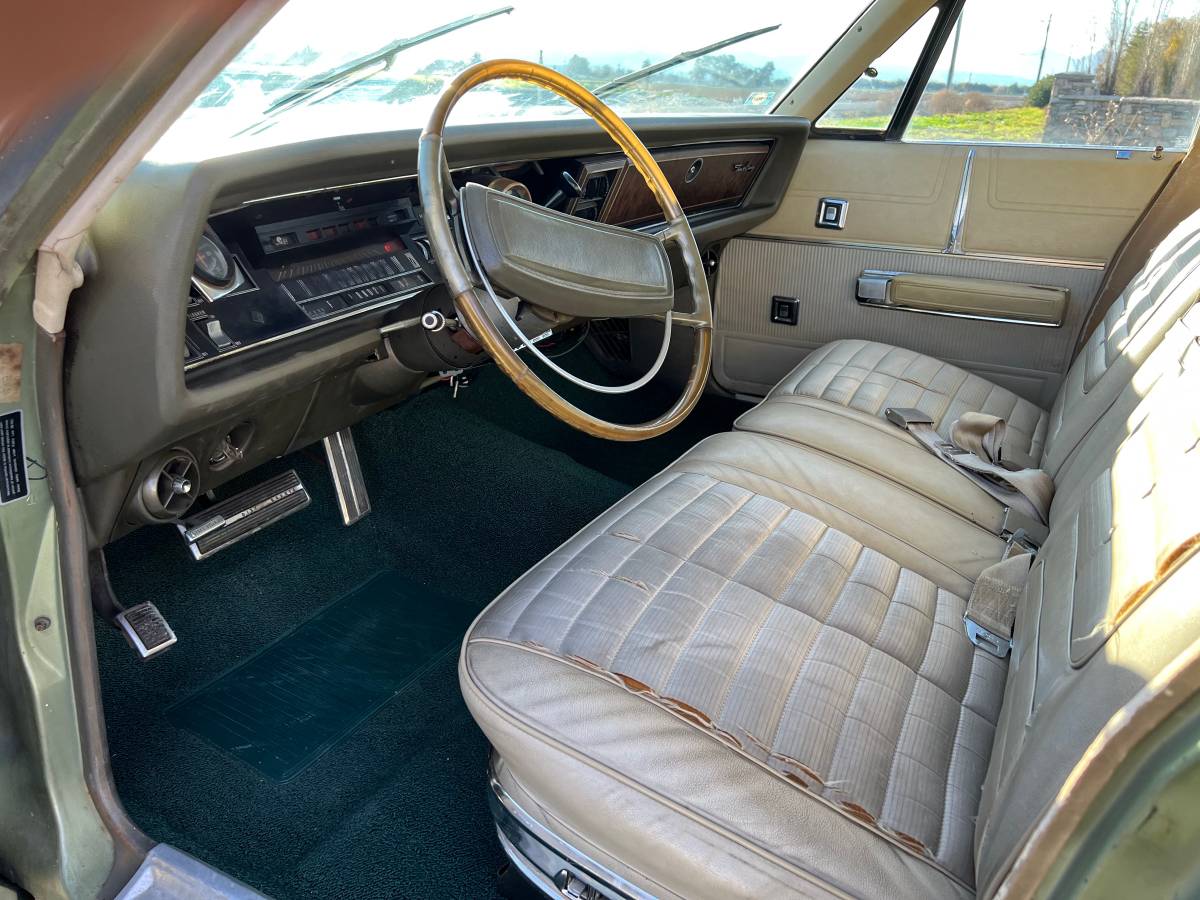 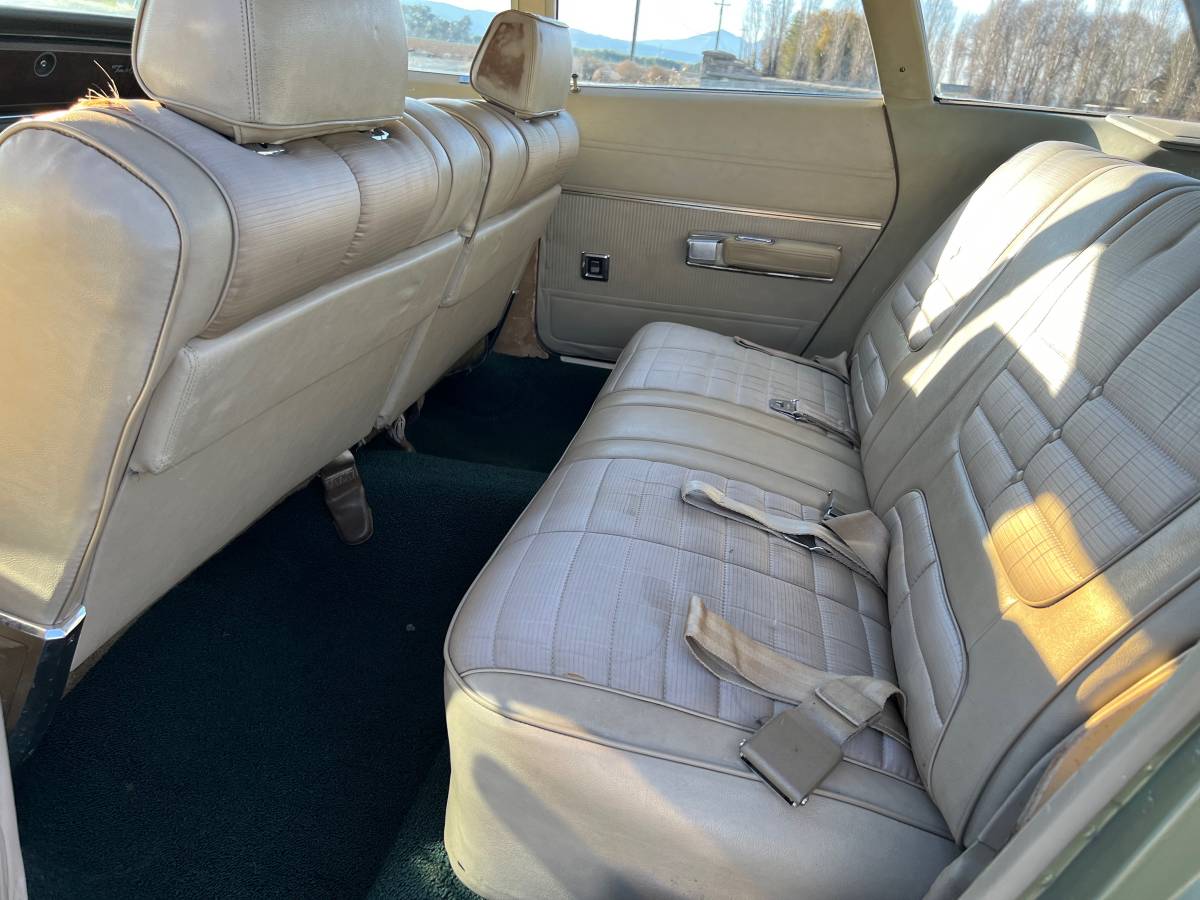 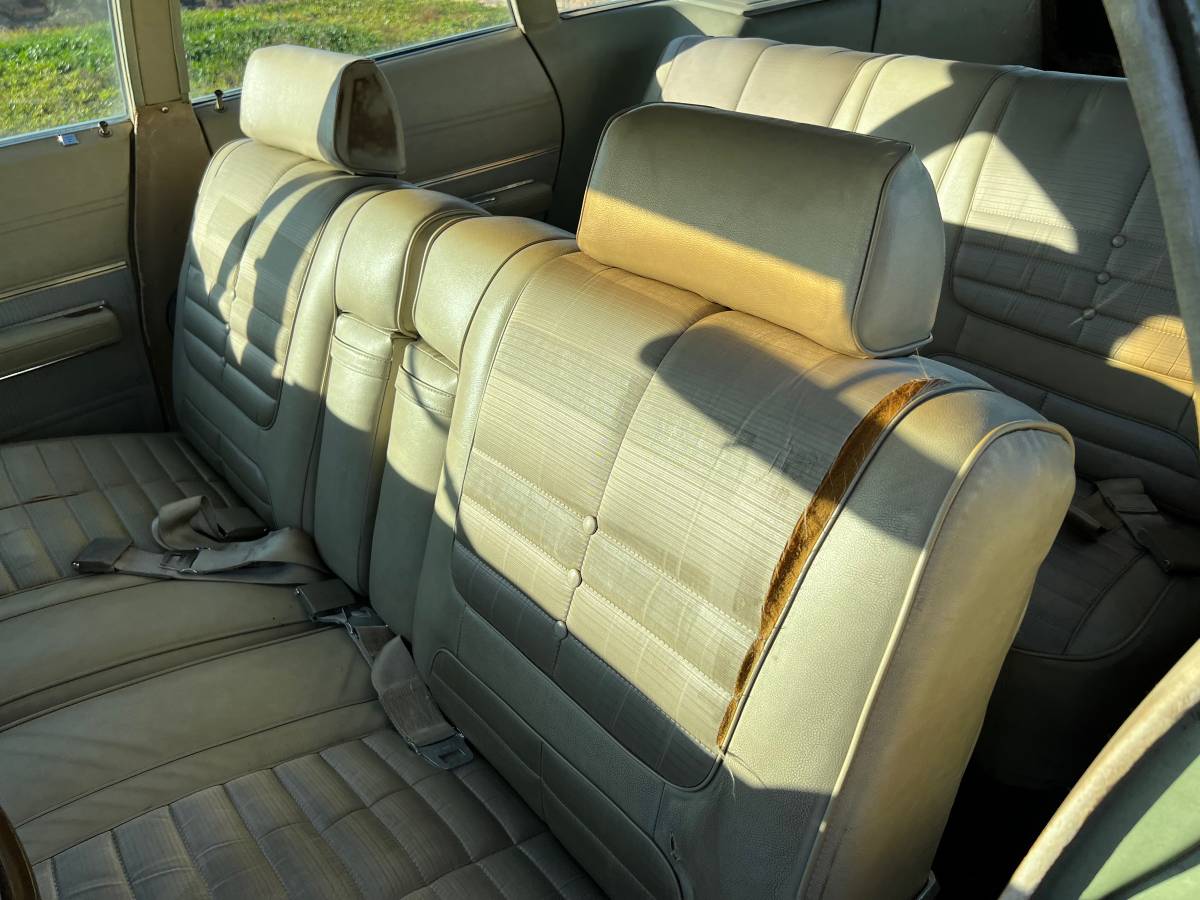 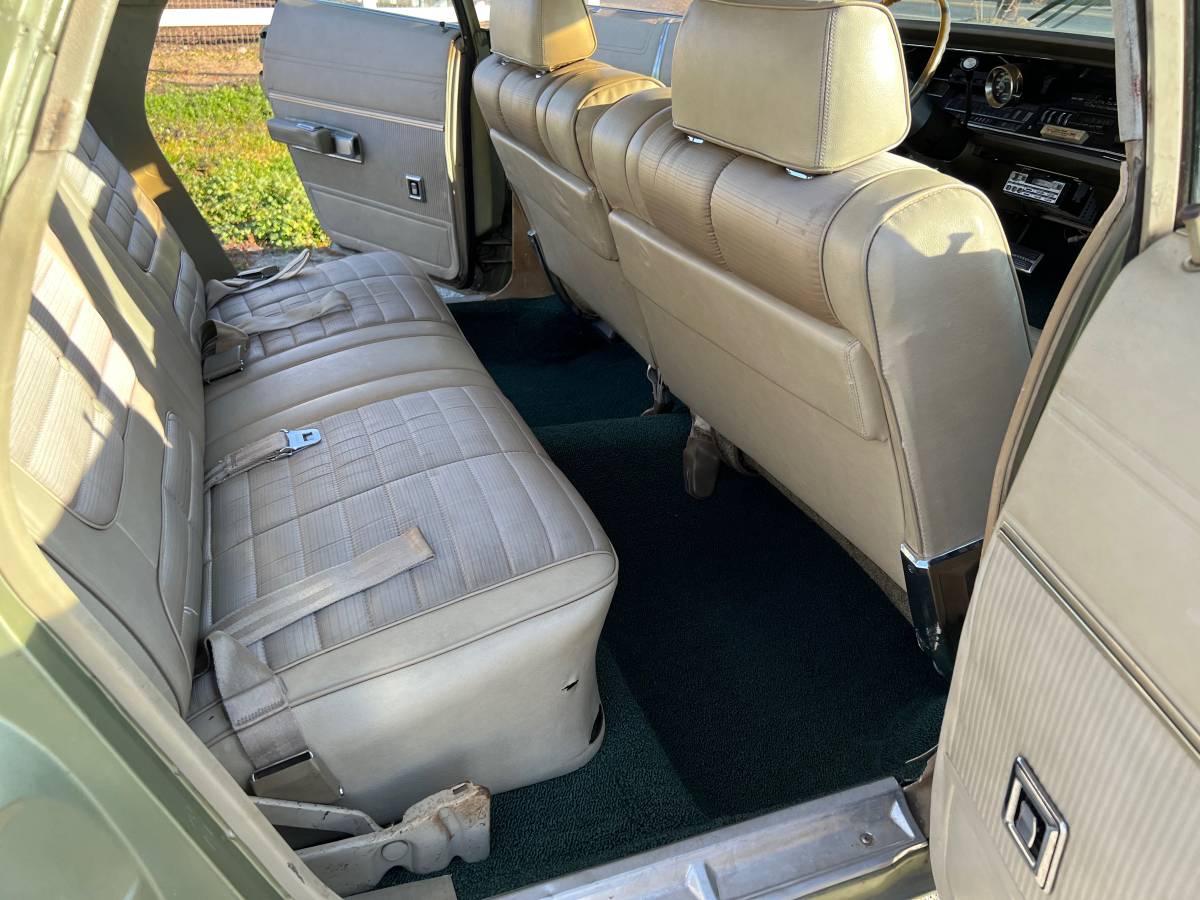 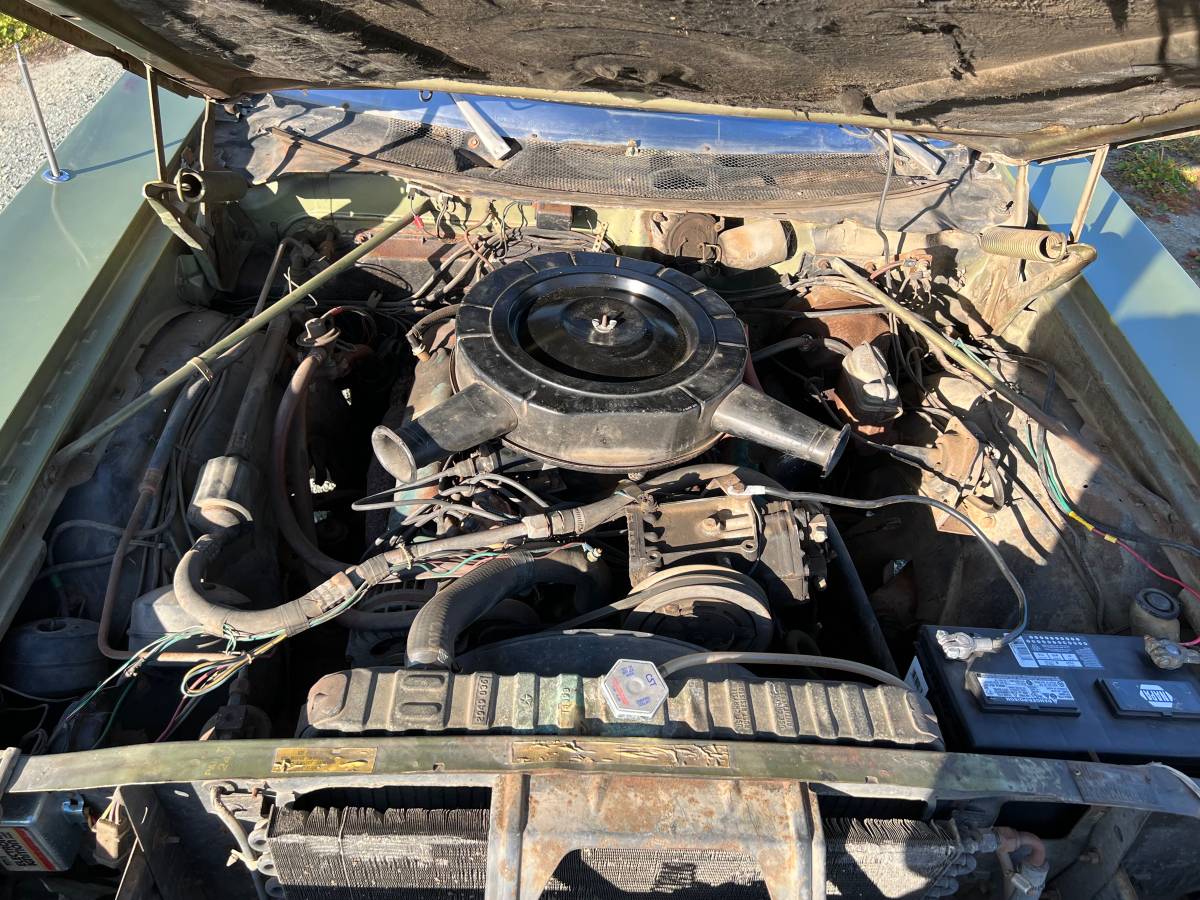 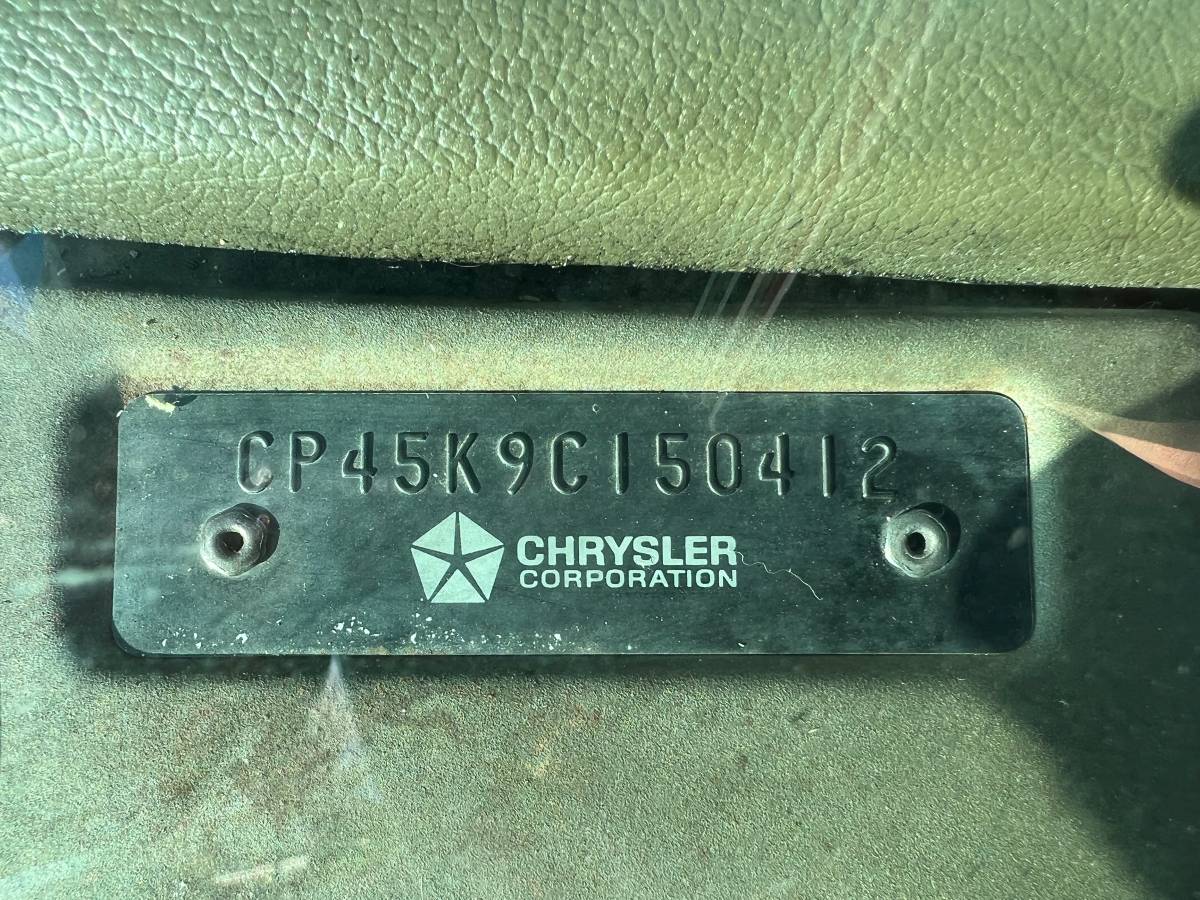 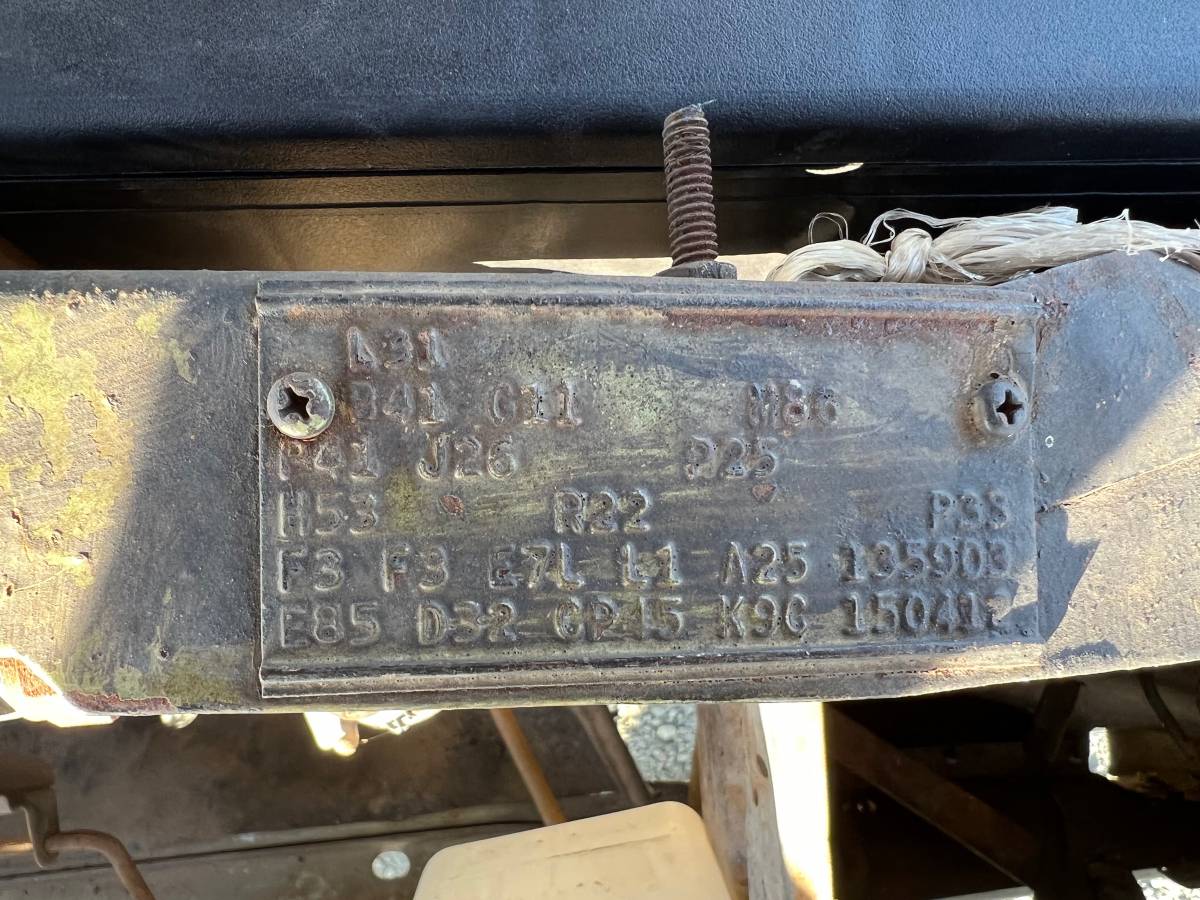 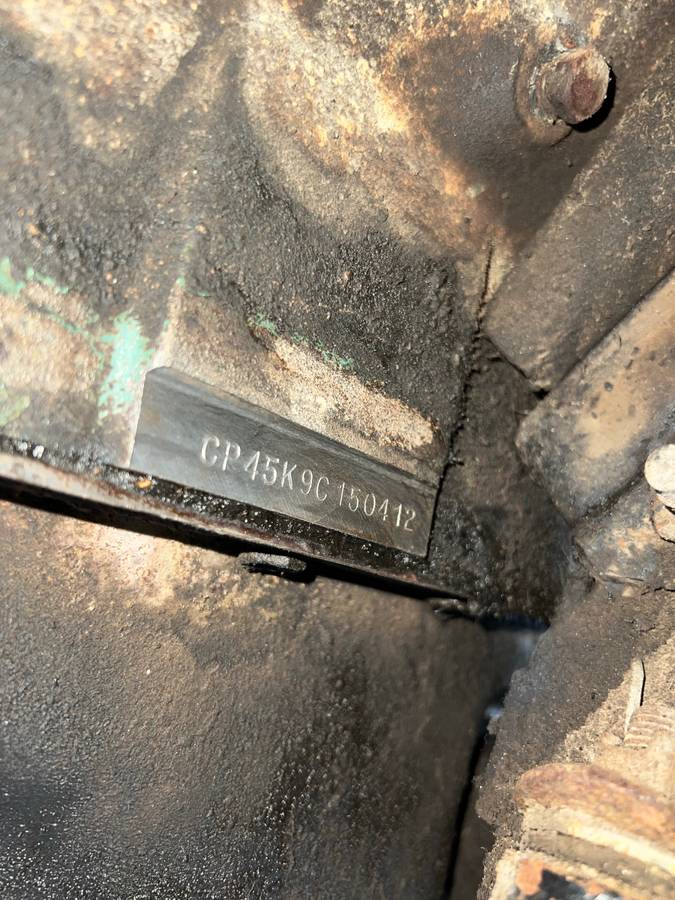 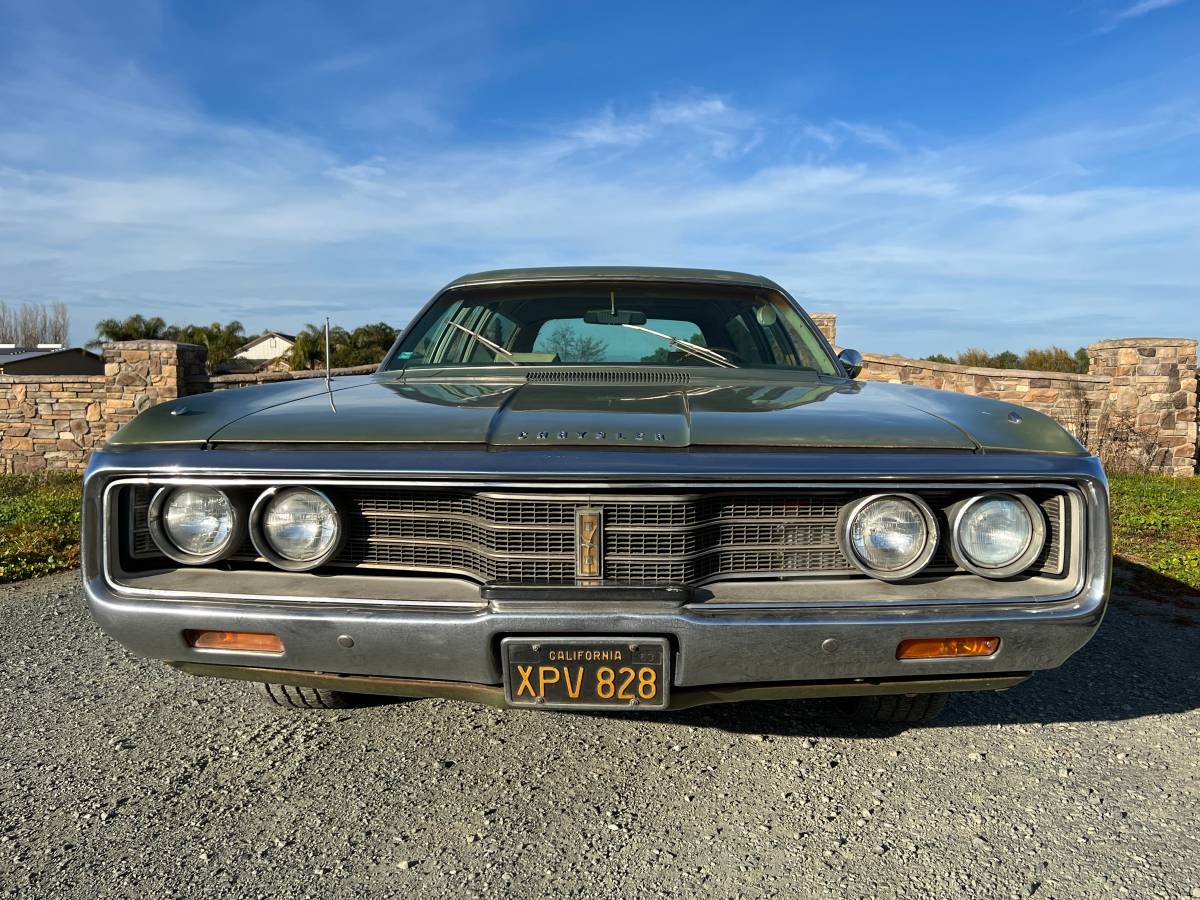 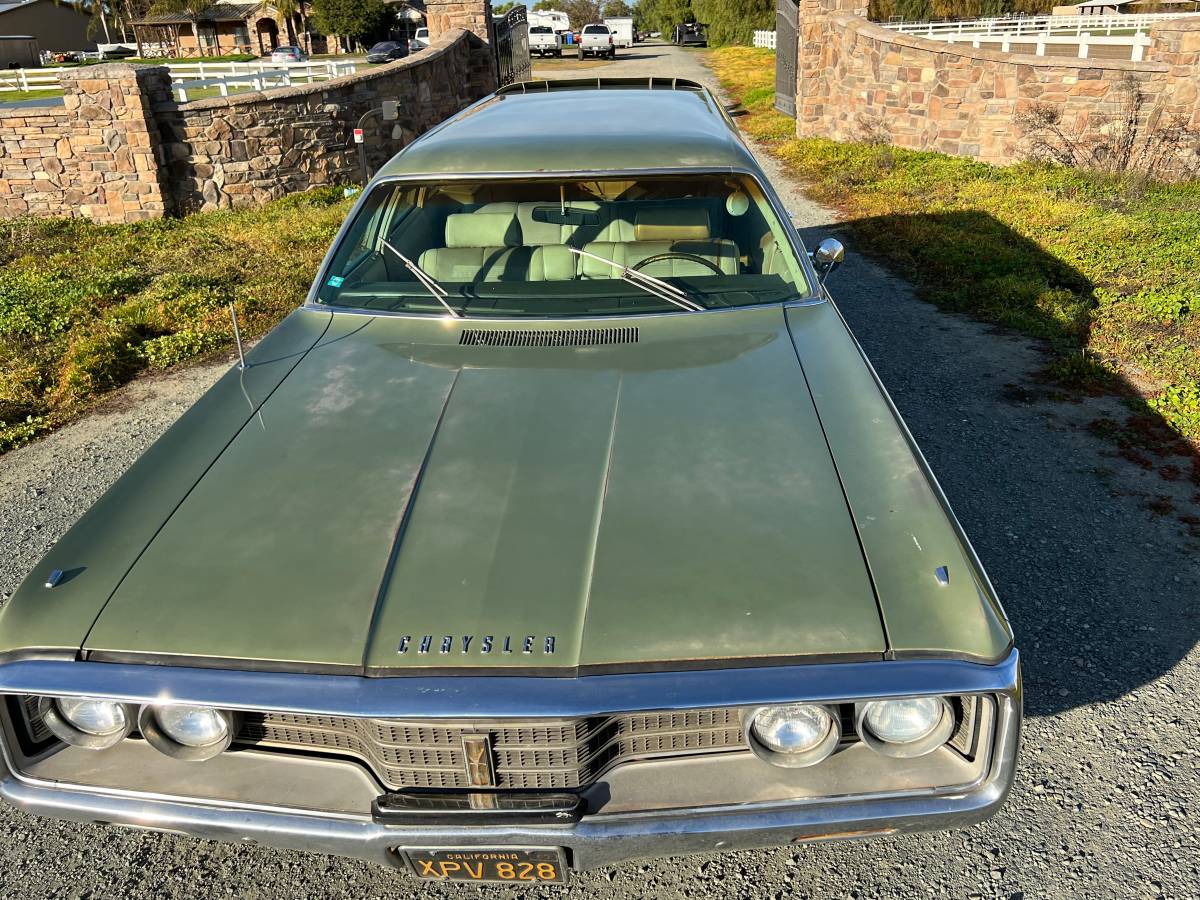 April 16, 2022 Update – We have to give the seller credit as every time they post a new listing, they provide a completely new set of pictures.  That said, this latest set of photographs does not show how well the paint shines in the sunlight.  With no change in the asking price of $19,500 in their latest description, we have a feeling we will see another set of pictures in another month.

March 20, 2022 Update – The seller just replaced their expiring listing with a new Craigslist post.  In it, the description,  and asking price of $19,500 all remain the same but they have provided updated pictures

February 13, 2022 Update – The seller just replaced their expiring listing with a new Craigslist post.  In it, the description, pictures, and asking price of $19,500 all remain the same.

January 24, 2022 Update – In a shocking development, after last month’s odd two thousand dollar price increase did not secure a buyer, the seller of this ’69 Chrysler Town & Country we first featured in November 2021 posted a fresh listing with the asking price reduced from $21,000 to $19,500.

December 30, 2021 Update – After confirming the seller of this car deleted their listing, we assumed it was sold until we came across this new listing here on Craigslist in Santa Ana, California with the asking price increased from $19,800 to asking $21,000. You’ll have to confirm with the seller why they increased the asking price by nearly $2,000.

For 1969, Chrysler redesigned its full-size “C” body car lines with attractive “fuselage design” styling. The new design language found its use on every big Chrysler from Imperials to station wagons such as this 1969 Chrysler Town & Country currently listed here on Craigslist in Discovery Bay, California (Orange County).  Reported to be a survivor example featuring its original paint, engine, and interior, the lack of the typical roof rack and faux wood applique hide the full complement of luxury options that includes factory air conditioning.

Currently offered for $18,900 (the original ask was $19,800), comparing that price against the Hagerty Insurance Online Valuation Tool confirms the private seller has their Town & Country priced between this guide’s #3 “Good” estimate of $13,280 and its #2 “Excellent” appraisal of $22,000.  Similarly, the  Collector Car Market Review Online Tool reveals the seller’s ask falls between this guide’s #2 “Very Good” estimate of $14,700 and its #1 “Excellent” appraisal of $24,000.  We note the value of these station wagons, like many such models, has been on the rise over the past two years.

For 1969, a major restyle brought a dramatic new look to all full-sized Chrysler Corporation cars. Called “fuselage design”, it featured a pronounced side curvature from the rocker panels all the way to the roof rails. Plymouth and Dodge models, excluding wagons, shared passenger compartment structures, and greenhouses riding on 120- and 122-inch wheelbases respectively. Similarly, Chrysler and Imperial models, excluding the Town & Country wagon, shared slightly longer passenger compartments and greenhouses, riding on 124- and 127-inch wheelbases respectively (all of the Imperial’s longer wheelbase was in the front clip). As in the prior generation, all Chrysler full-sized wagons shared a common greenhouse on a unitized body and chassis with longitudinal front torsion bars, rear leaf springs, and the Dodge’s 122-inch wheelbase. As before, the wagon’s shorter wheelbase was offset by the additional rear overhang. 1969 Town & Country wagons were nearly identical to other Chrysler body styles in overall length at just under 225 inches.

Fuselage era Chryslers all featured a full-width loop style chrome front bumper. Quad headlamps and grille were recessed inside the loop, with differing grille inserts for each series. Turn signal and parking lamps were recessed into the bumper below the headlamps. Body sides were simple and smooth with a subtle character line originating at the front bumper, descending slightly for the length of the car, and ending at the wrap-around rear bumper. On Town & Country wagons, this character line was also the location of the lower molding surrounding the standard wood grain side paneling, simulated cherry for 1969. The fuselage profile extended the length of a full-sized “long roof” made for a rather striking looking wagon. At the trailing edge of the long roof, body sides, D pillars, and a unique rooftop airfoil formed one continuous arch over the tailgate opening. The airfoil directed airflow from the roof down and over the tailgate window, intended to keep the glass clear of dirt accumulation.

The Town & Country’s grille insert and wheel covers for this new generation were from the New Yorker, while front seating choices and interior trim were again drawn from the Newport Custom. The new instrument panel featured a symmetrical padded loop echoing the design theme of the front end. The inverted fan style speedometer from 1967 and 1968 continued, balanced on the passenger side by a large glove box door. A unique Chrysler feature was floodlighting of the instruments and controls instead of more typical backlighting.

For 1969, all full-size Chrysler Corporation vehicles returned to standard 15-inch wheels. This accommodated the growing share of cars equipped with front disc brakes, which were updated to a new simpler and less costly single-piston sliding caliper design from the earlier 4-piston fixed caliper type. Once again, Chrysler sales literature listed power front disc brakes as standard equipment on Town & Country. Some were built with front drum brakes instead. Regardless of brake type, all T&Cs included standard size 8.85×15 tires on 6.5″x15″ heavy-duty rims. Powertrain choices for the Town & Country remained unchanged.

Chrysler played catch-up on some wagon-specific features in 1969: The tailgate became a two-way door-gate, able to swing sideways or drop downward, a feature Ford had pioneered in 1965. The rear axle track was widened nearly three inches to 63.4 inches (1,610 mm), enabling a full 48.5 inches (1,230 mm) wide load floor between the wheel wells, a feature GM had also pioneered in 1965. Chrysler sought to leapfrog those competitors with a few station wagon exclusive features of its own, including passenger assist handles integrated into the rear opening trim molding, and a tailgate window washer that was contained entirely inside the tailgate.

The MyMopar.com YouTube Channel features this 1969 Chrysler-Plymouth dealer training slide show that reviews all of the 1969 station wagon models:

While the seller’s description does not call it out, our ability to decode the VIN number provided confirmed this 1969 Chrysler Town & Country is a six-passenger model factory equipped with a four-barrel-topped 440 cubic inch V8.  Our understanding is that faux wood and roof racks came as standard equipment on these cars, so hopefully, the seller has documentation confirming whether the original owner was able to remove these from the options list.

Restore or drive As-Is: what would you do with this 1969 Chrysler Town & Country station wagon?  Comment below and let us know! 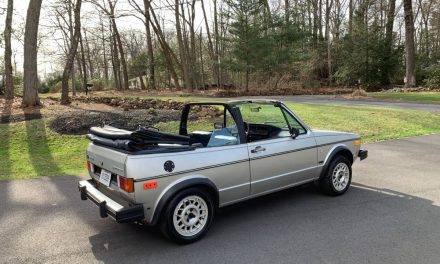 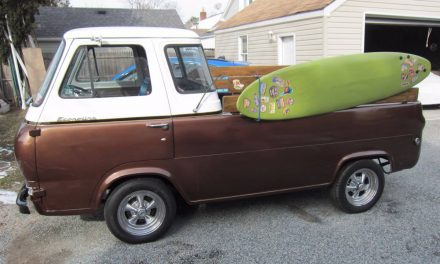 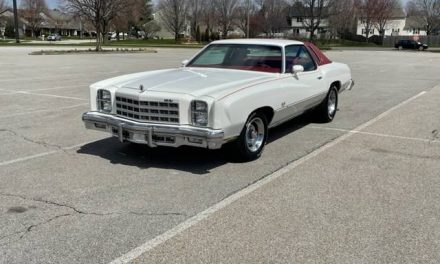 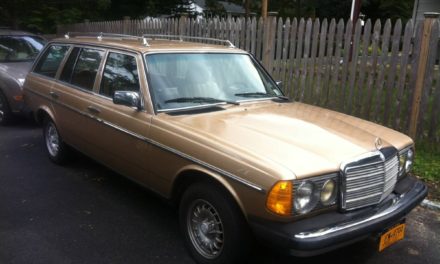