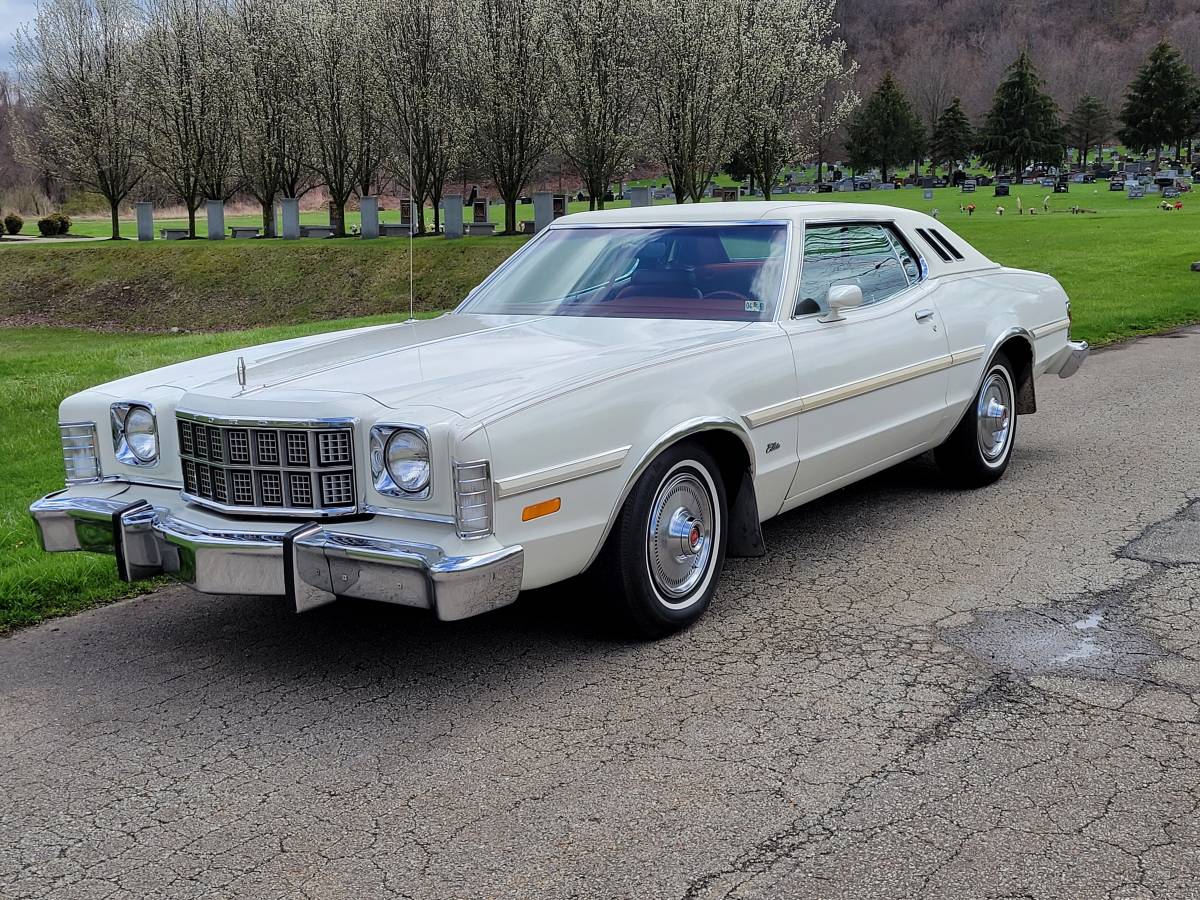 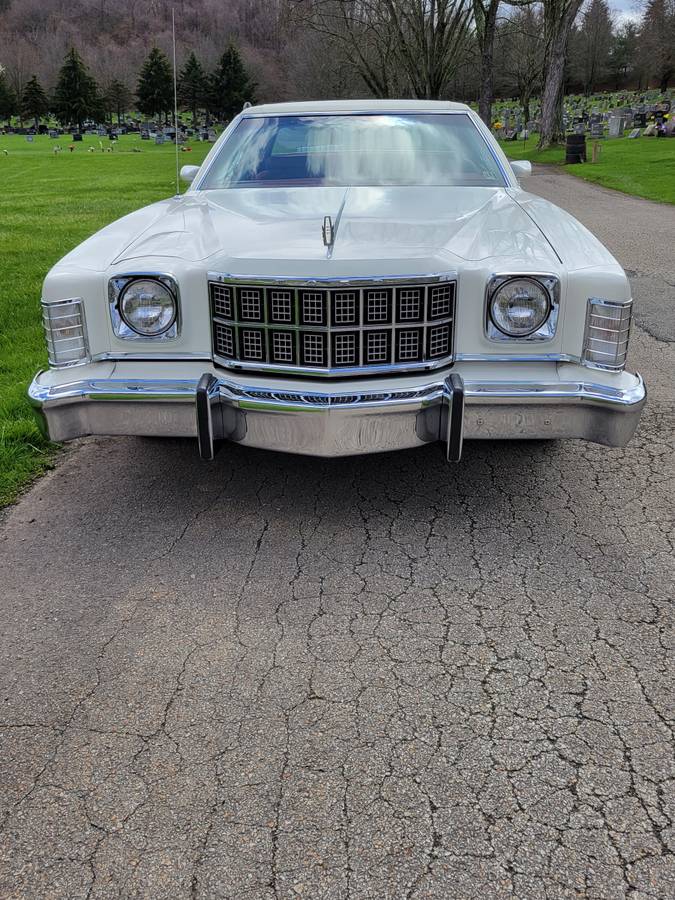 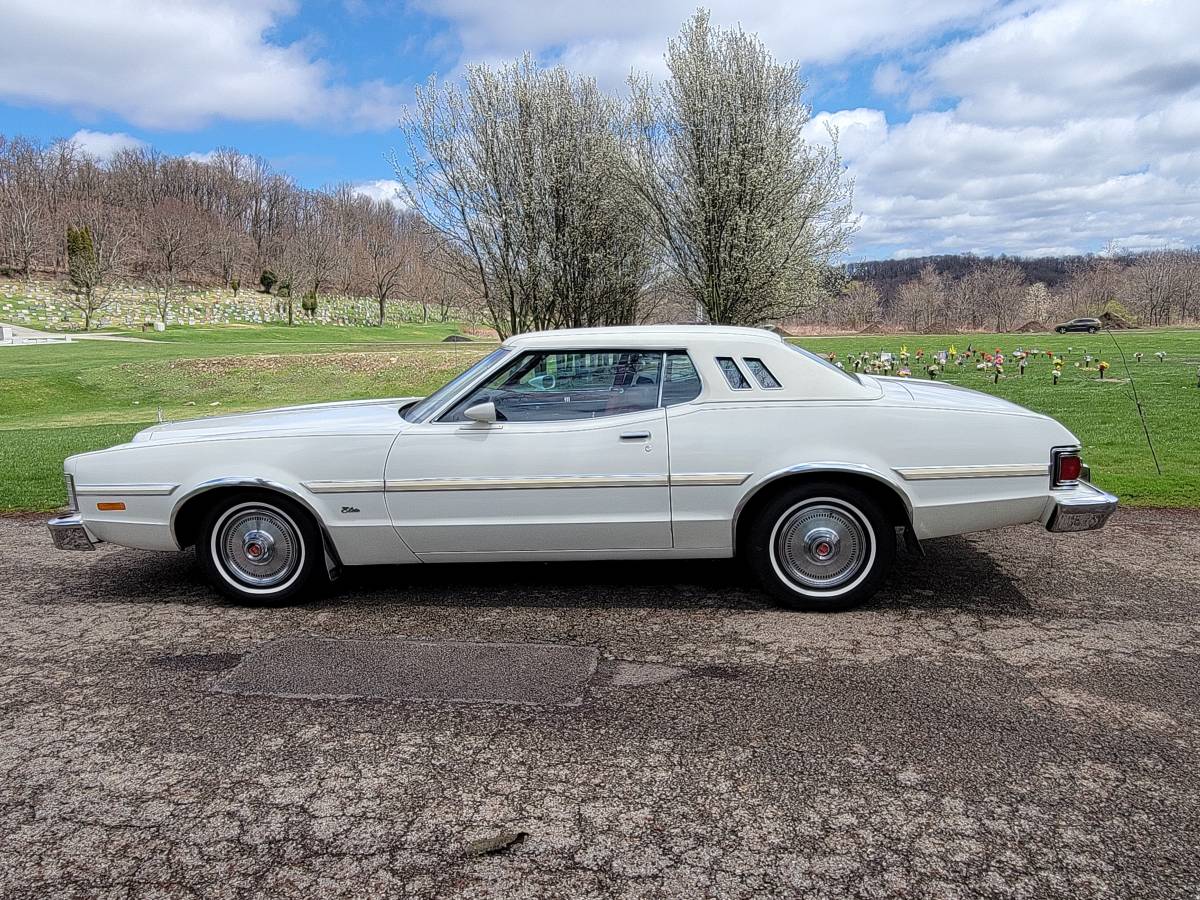 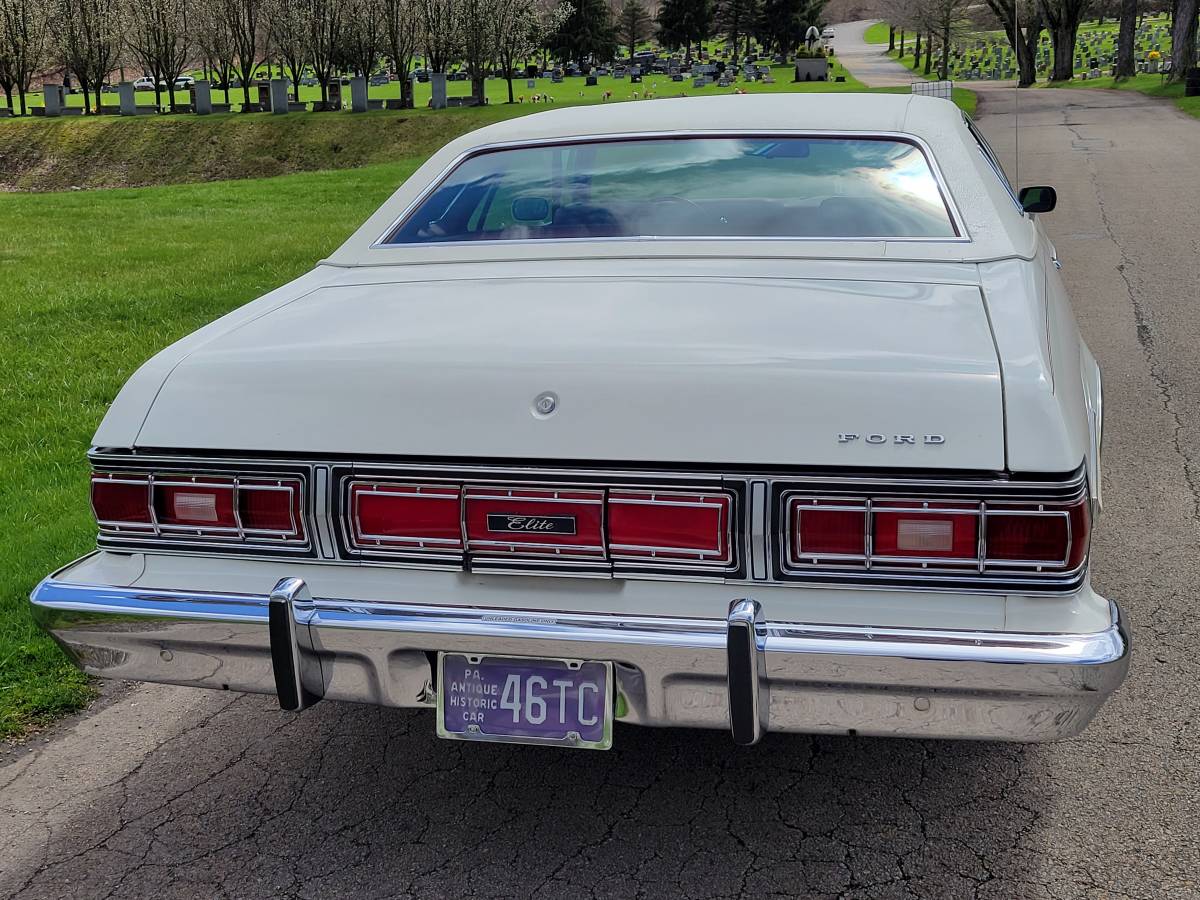 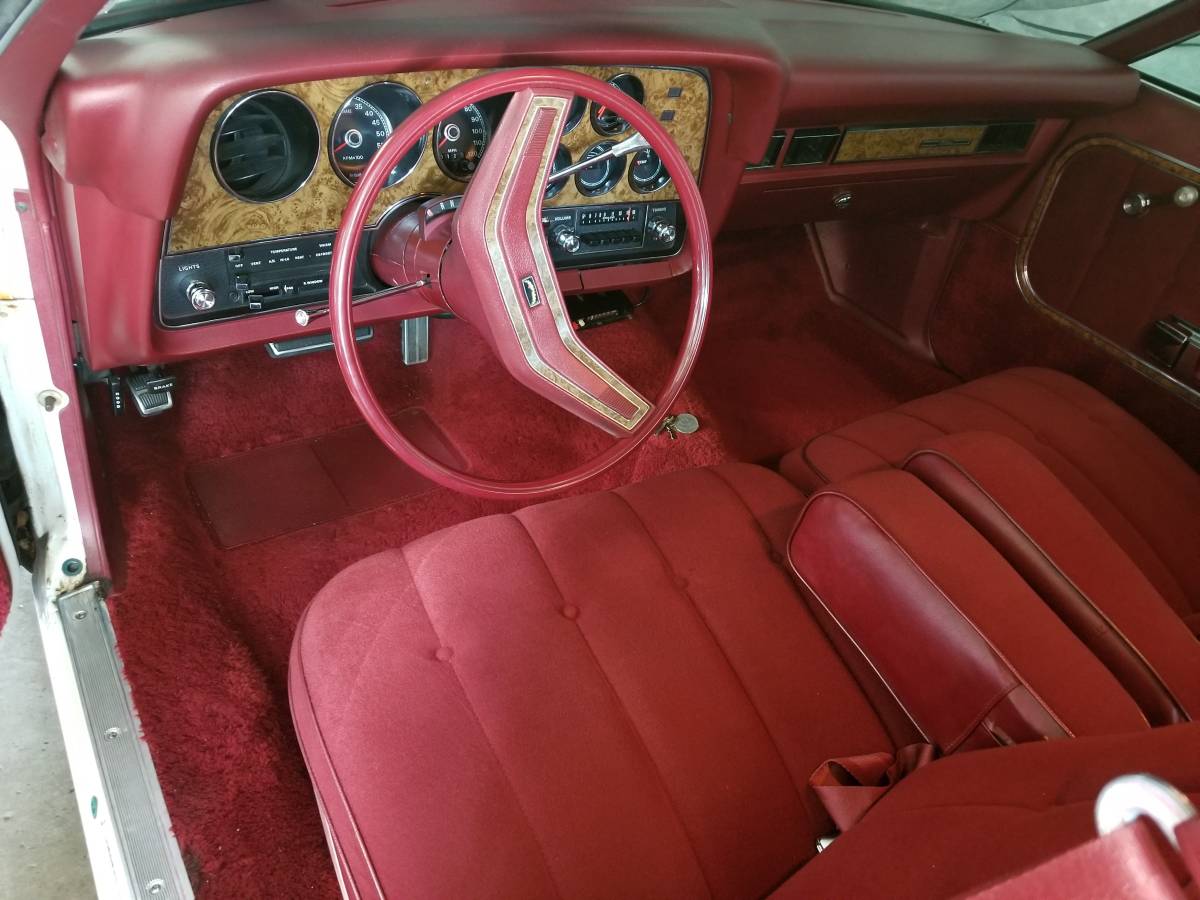 June 27, 2022, Update – We just confirmed the listing for this “Classifind” expired, so with no replacement found we’re assuming this ride “Sold?” While this one got away, please reach out either by email or call us directly if you’d like to be informed when we come across something similar.

For reasons we never quite understand, there are a fair number of car sellers who like to use their local cemetery as a backdrop to photograph their car for sale. To their credit, the seller of this well-preserved 1975 Ford Elite originally listed in May 2022 on Craigslist in North Versailles, Pennsylvania (Pittsburgh) parked the car in a more benign area away from any monuments. The seller reports that this 35,484-mile example was “diligently maintained both cosmetically and mechanically” by the original owner.

Currently offered at $12,500, Classic.com, the search engine and analytics tool for the collector car market, indicates the asking price is well above the average price of most comparable examples:

As a second data point, the  Collector Car Market Review Online Tool reveals the seller’s ask is $1,200 higher than this guide’s #1 “Excellent” appraisal of $11,300.

Ford produced the Elite for only three model years between 1974 and 1976. When launched in the spring of 1974, Ford marketers referred to the car as the Gran Torino Elite while for 1975 and 1976 the car’s name was simply “Elite.”

Based on the Torino, the mid-size two-door coupe was intended to be a junior model to the 1975 Thunderbird with the increasingly popular intermediate personal luxury class of vehicles such as the Chevrolet Monte Carlo, Pontiac Grand Prix, Oldsmobile Cutlass Supreme, Buick Regal, Dodge Charger and Chrysler Cordoba. While the Elite was a newcomer and only on the market for three years, sales performance placed it solidly in third for each of those years (respective to the other personal luxury vehicles) with a combined sales of approximately 366,000 units.

It was essentially the concurrent Mercury Cougar XR-7 with a mild front end restyling to resemble the Thunderbird, different taillamps with a center reflector, unique twin opera windows, and large color-keyed vinyl moldings placed higher on the bodysides. The interiors were identical save for upholstery styles and minor trim. Ford dropped the Elite model after 1976 when Ford launched the downsized Thunderbird for 1977.

The Classic Cars Channel on YouTube features this grouping of vintage 1975 Ford car ads.  The one for the 1975 Elite starts at 1:05:

Cars are original only once, so if you prefer an original survivor to a restored classic, this 1975 Fold Elite may be the Malaise Era personal luxury car for you.

“Beautifully preserved 1975 Ford “Elite” with 35,484 miles by original Owner. Powered by 351 Windsor, 8 cyl engine and a 3 speed automatic transmission. This vehicle is original in all aspects of its manufacture. The vehicle has been diligently maintained both cosmetically and mechanically. The white vinyl top, chrome bumpers, trim, and red velour interior are flawless. The vehicle has been garage kept, undercoated twice and has never been exposed to winter conditions. The vehicle is registered and licensed as a “PA Antique Historic Car” and has been filmed in numerous movie productions in the Pittsburgh area. Of course, a 46-year-old vehicle couldn’t escape minor door dings and the like, but the flaws on this vehicle are very minor and easily repairable.
This vehicle was a classic in its time and remains so now with its elegant style and performance. The first view shows instant distinction from other vintage autos and you’d be hard-pressed to find a similar vehicle in this condition and price. It is truly a classic machine rarely seen anymore. Viewing by appointment only with a selling price of $ 12,500.
Call or text Mark”

Do you have a Ford Elite story to share?  If so, comment below and let us know!