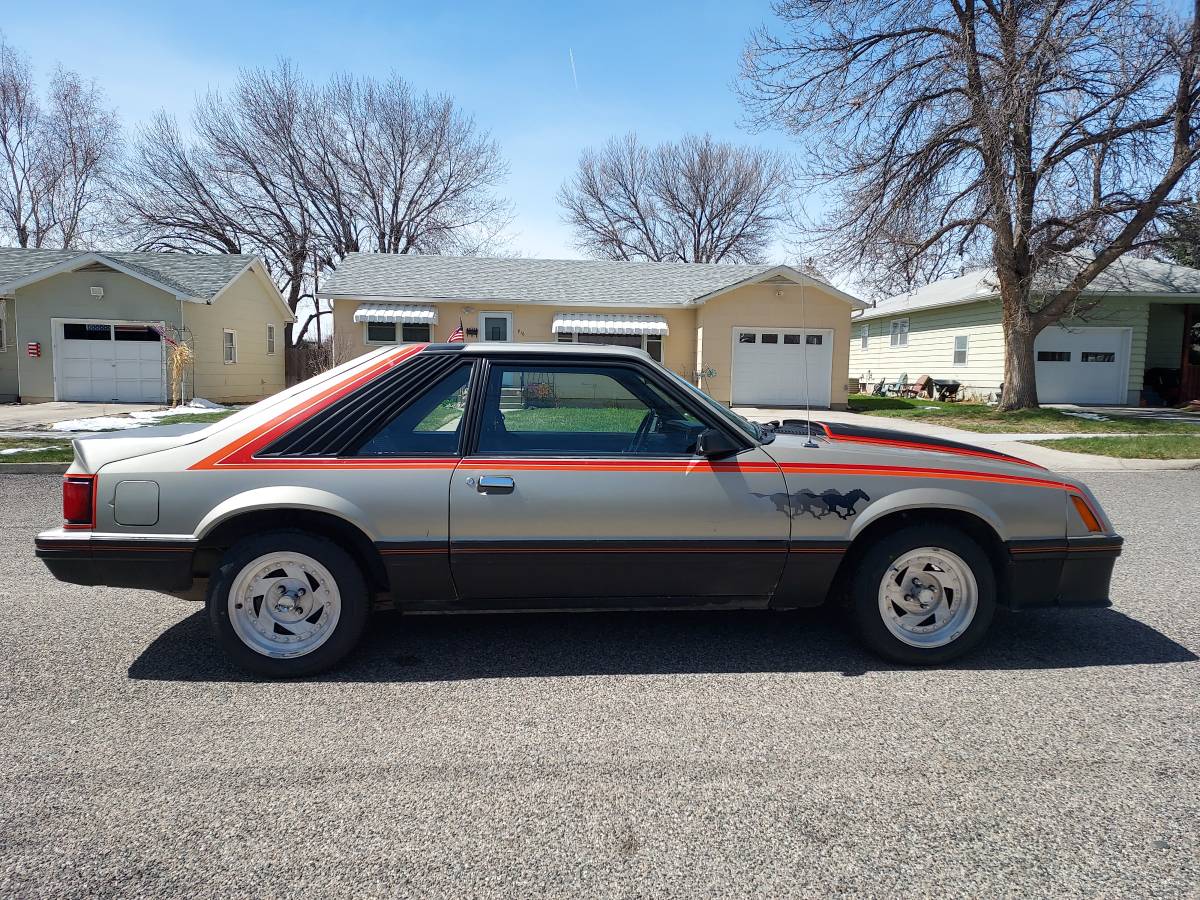 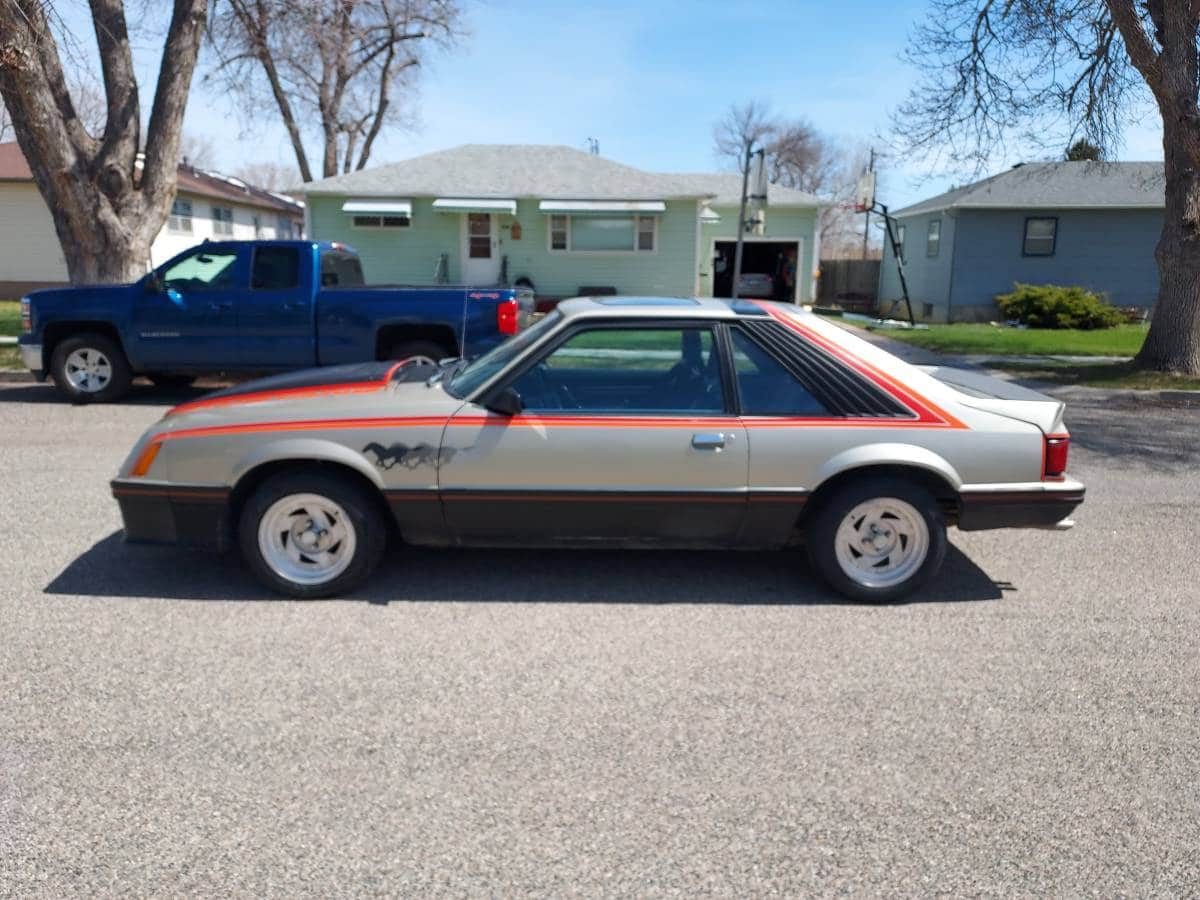 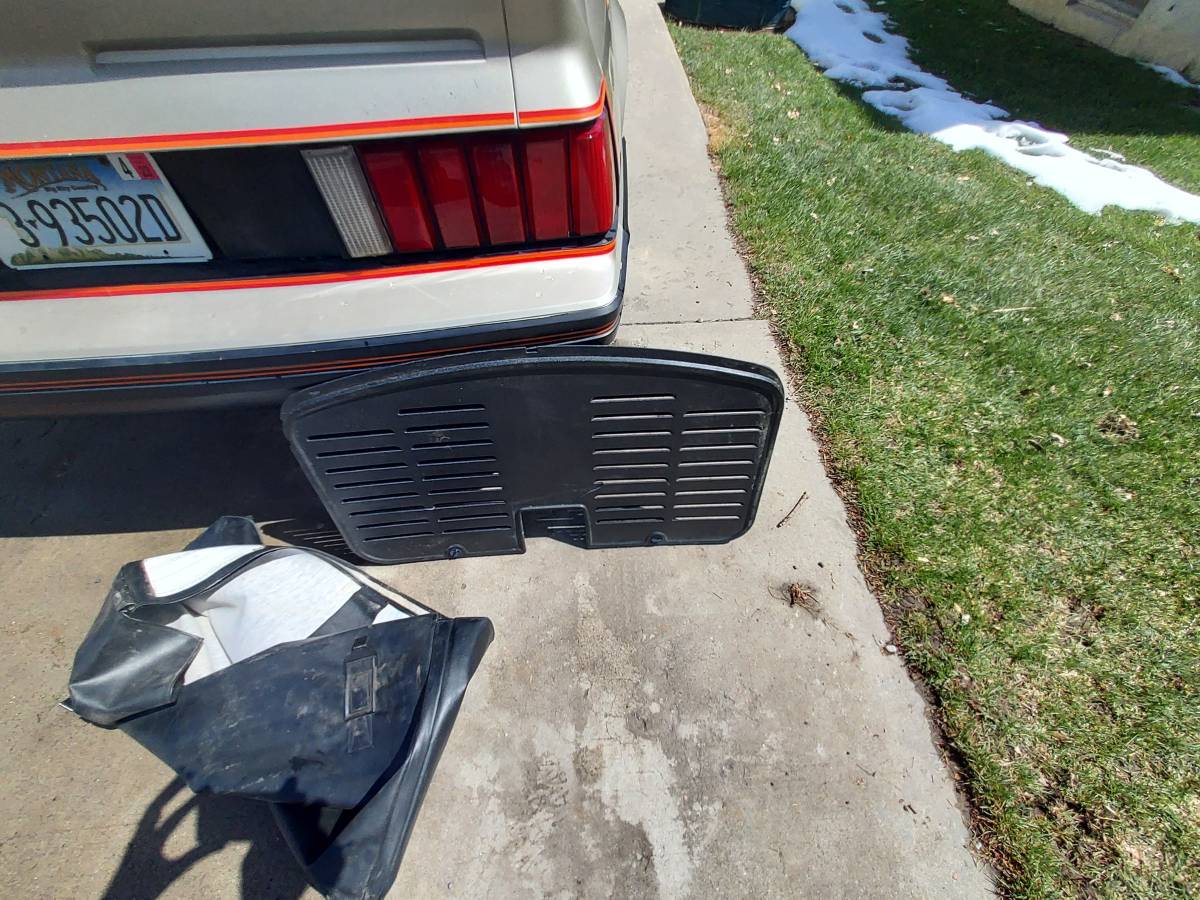 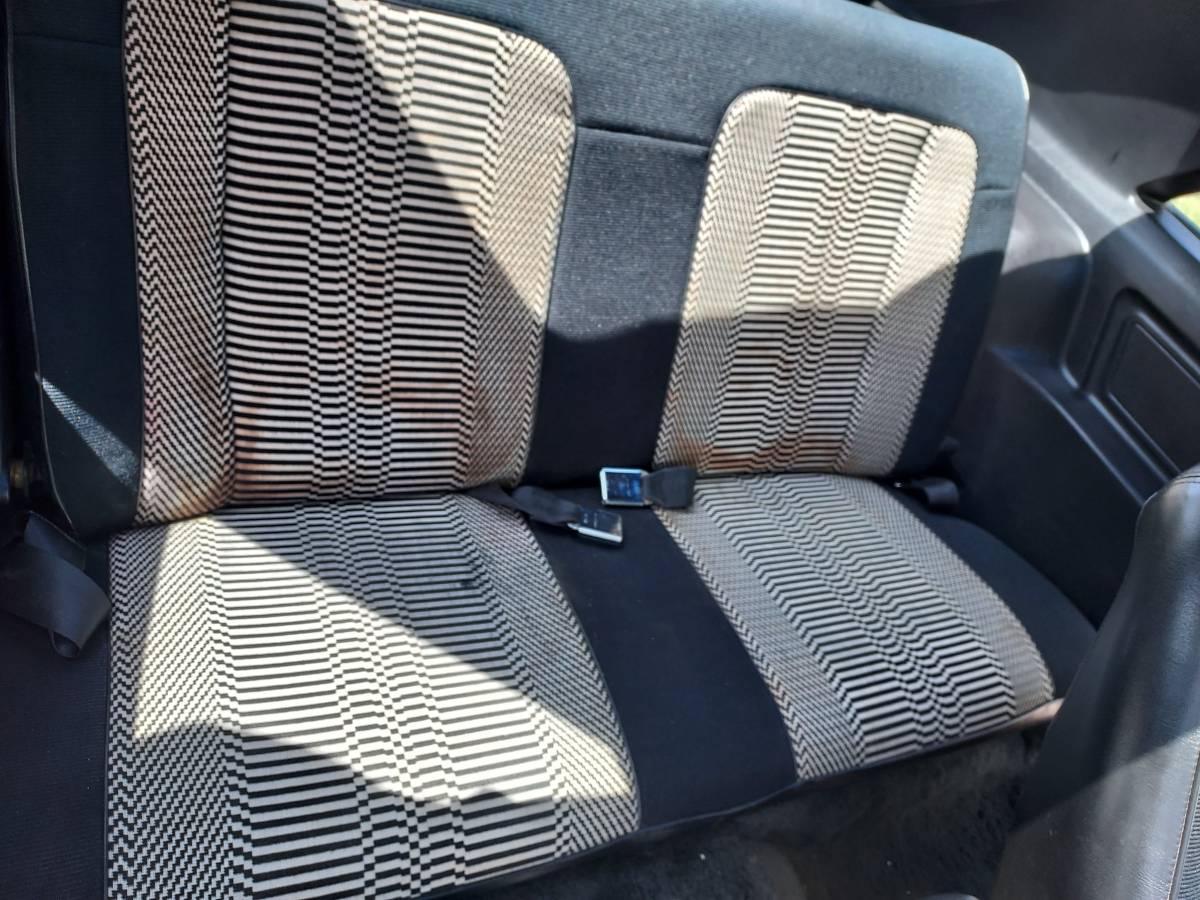 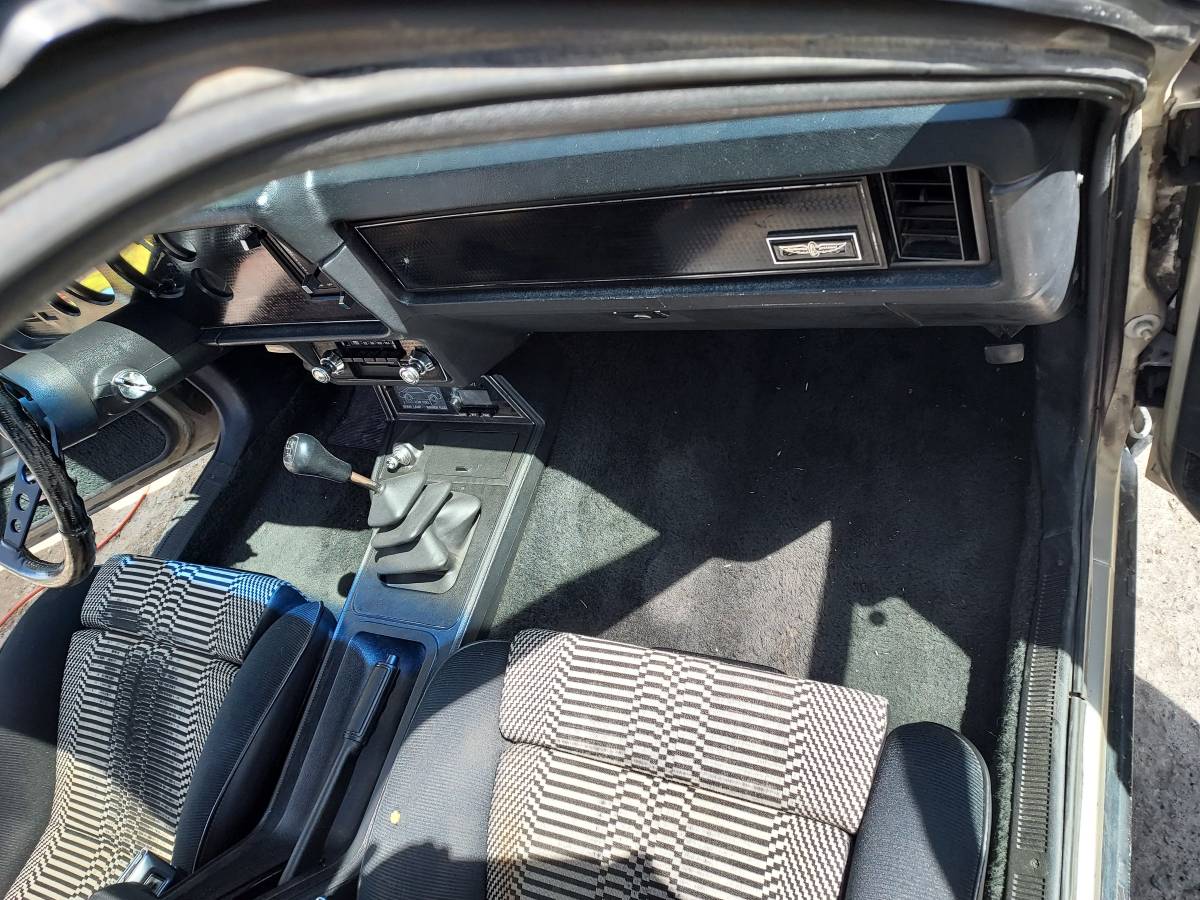 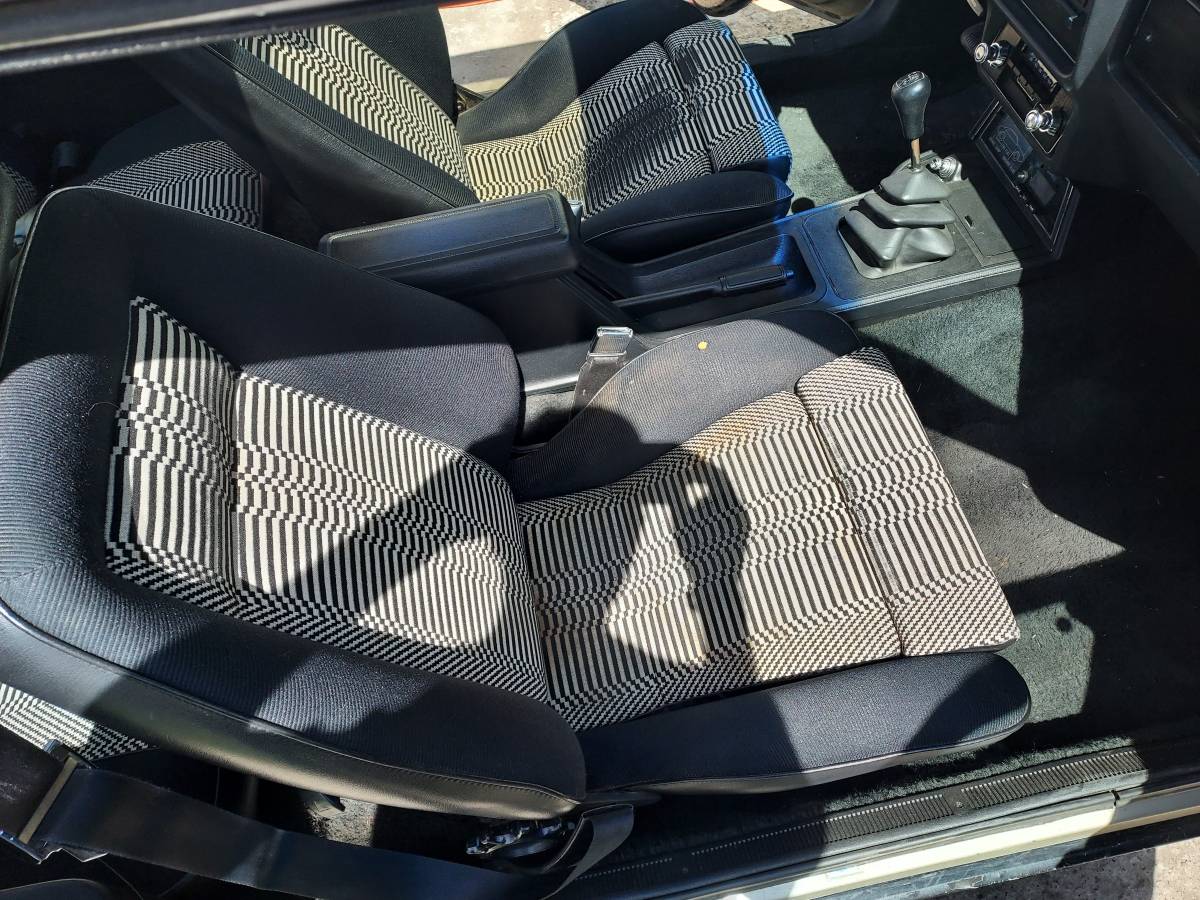 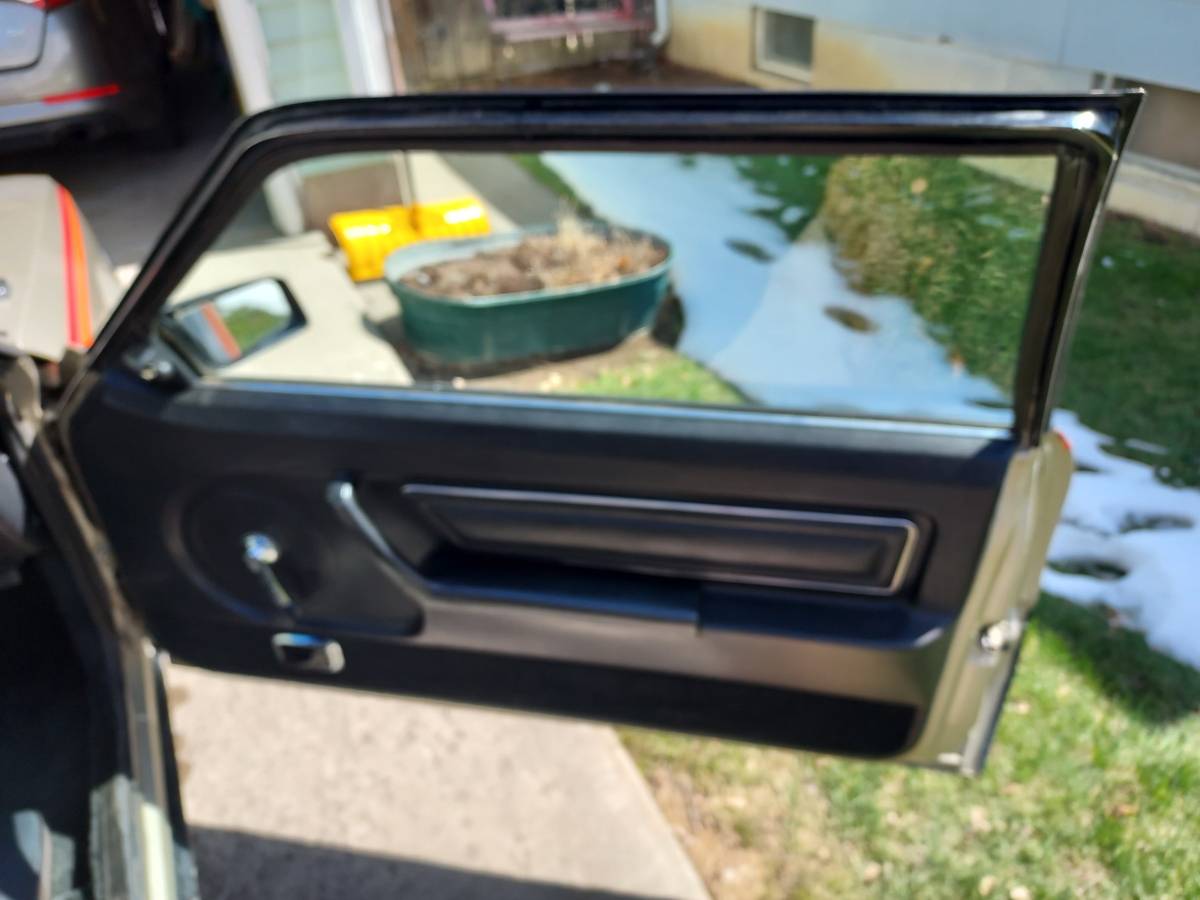 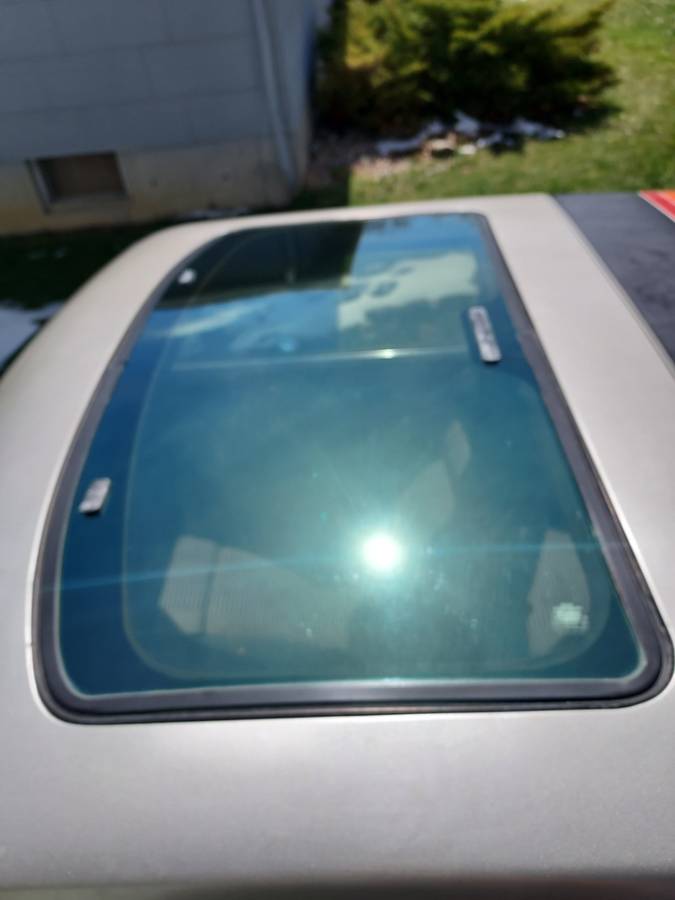 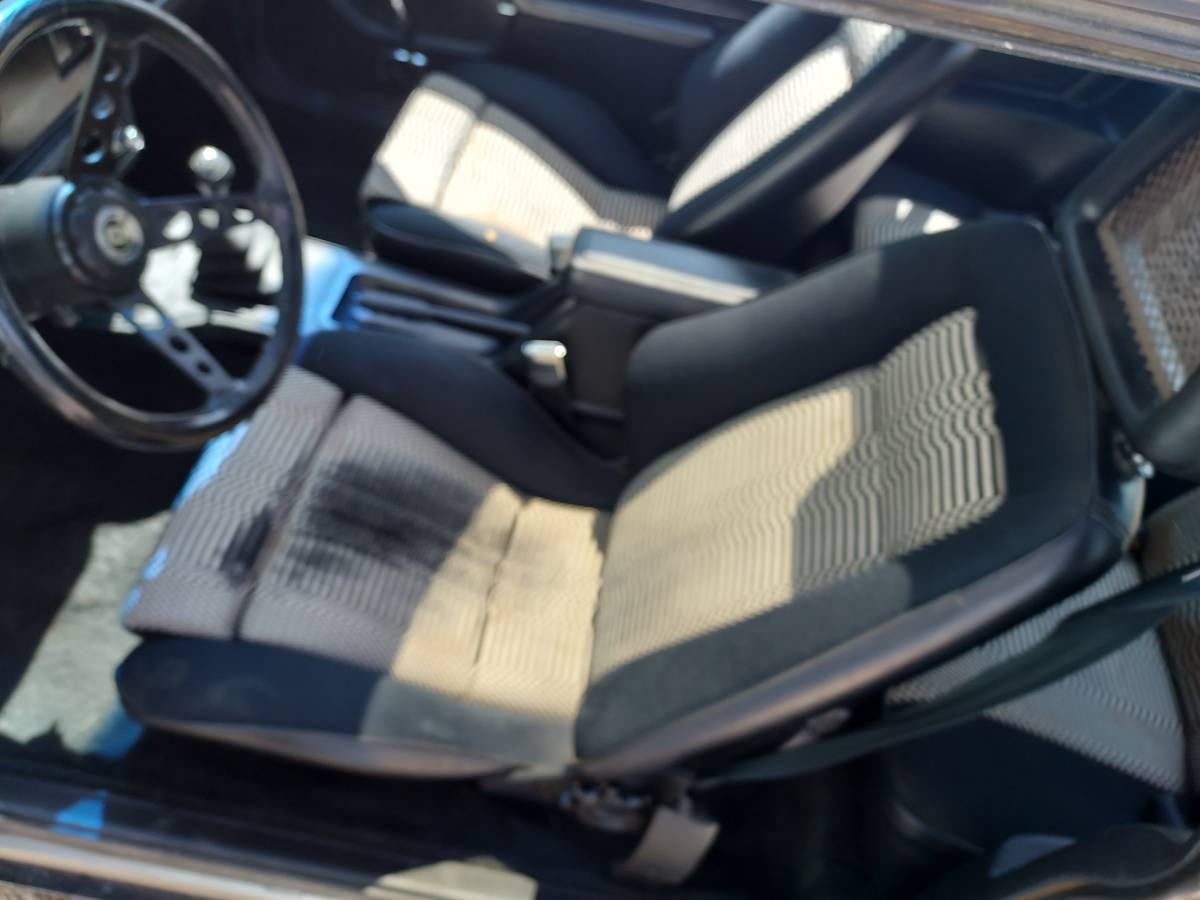 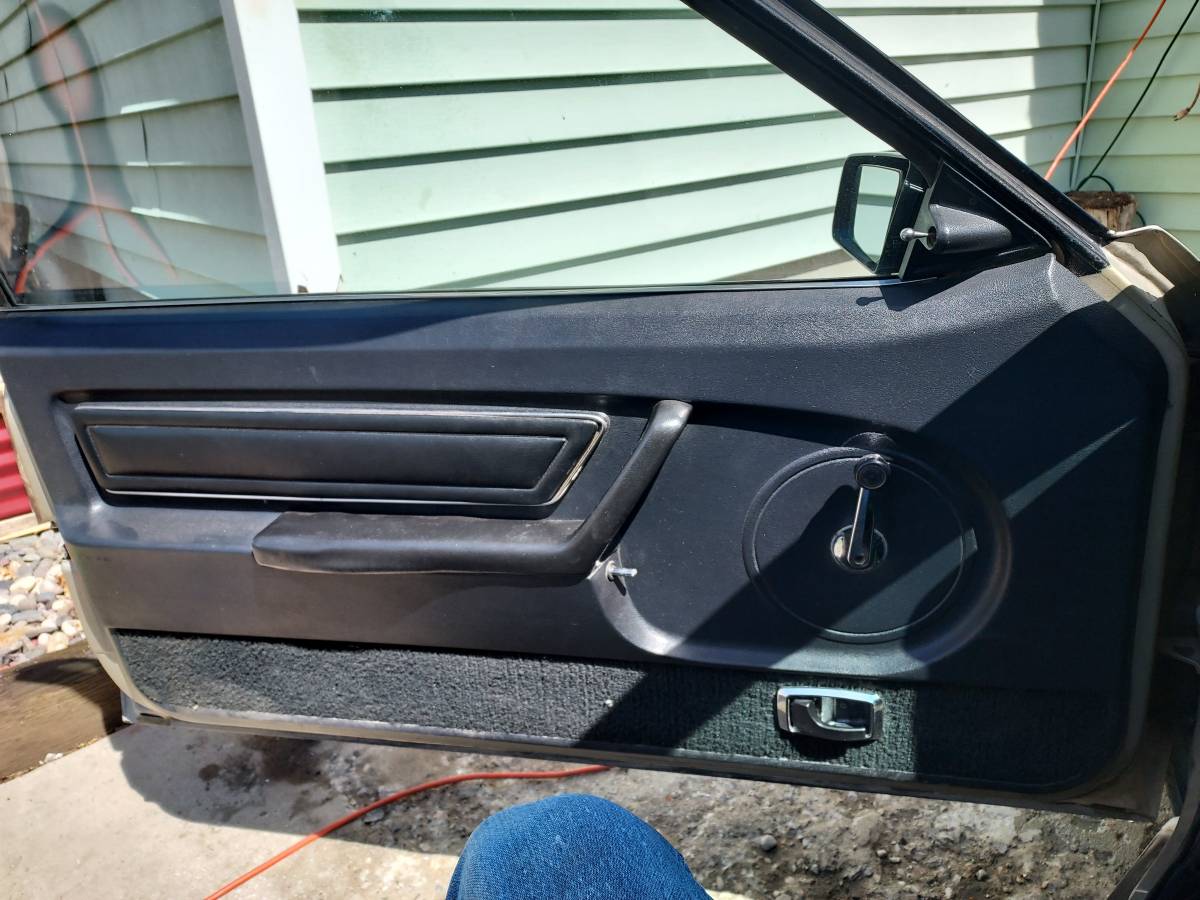 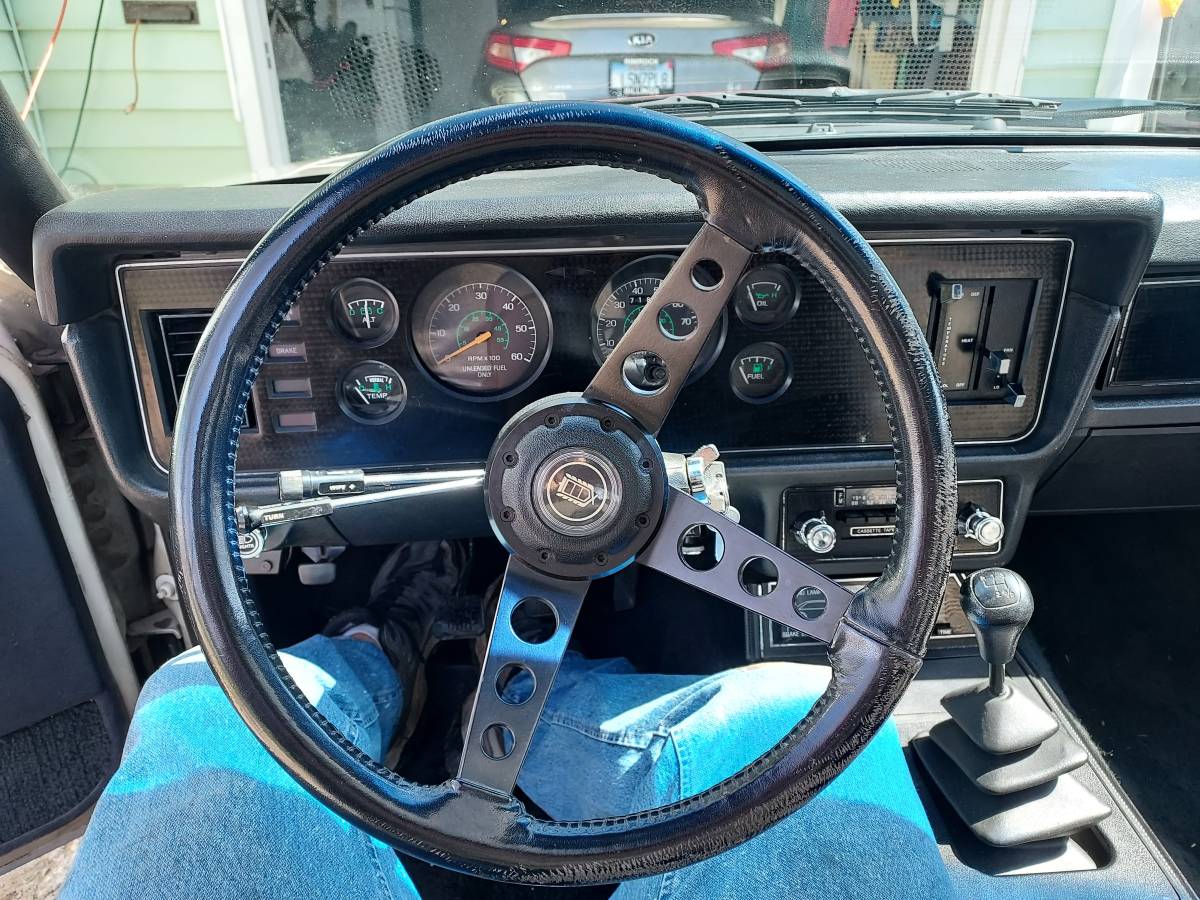 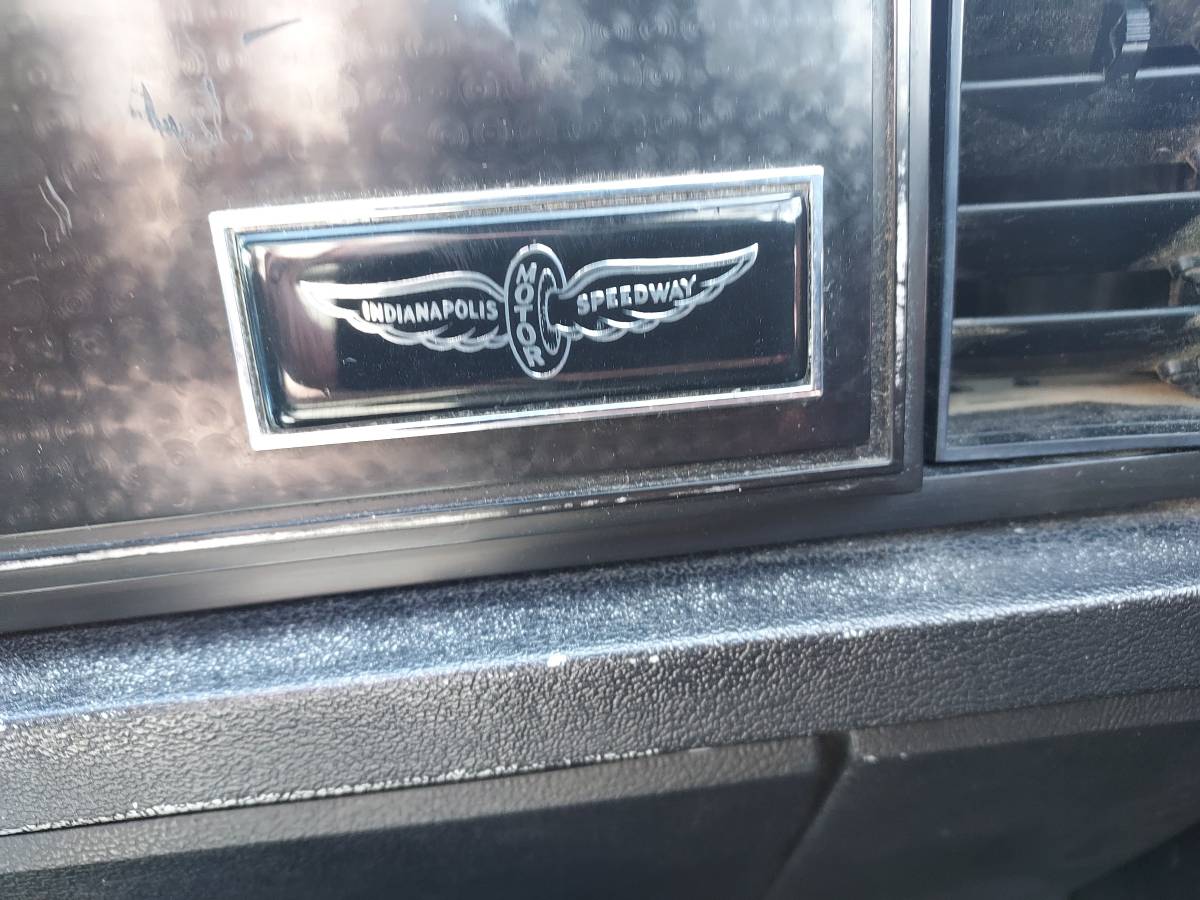 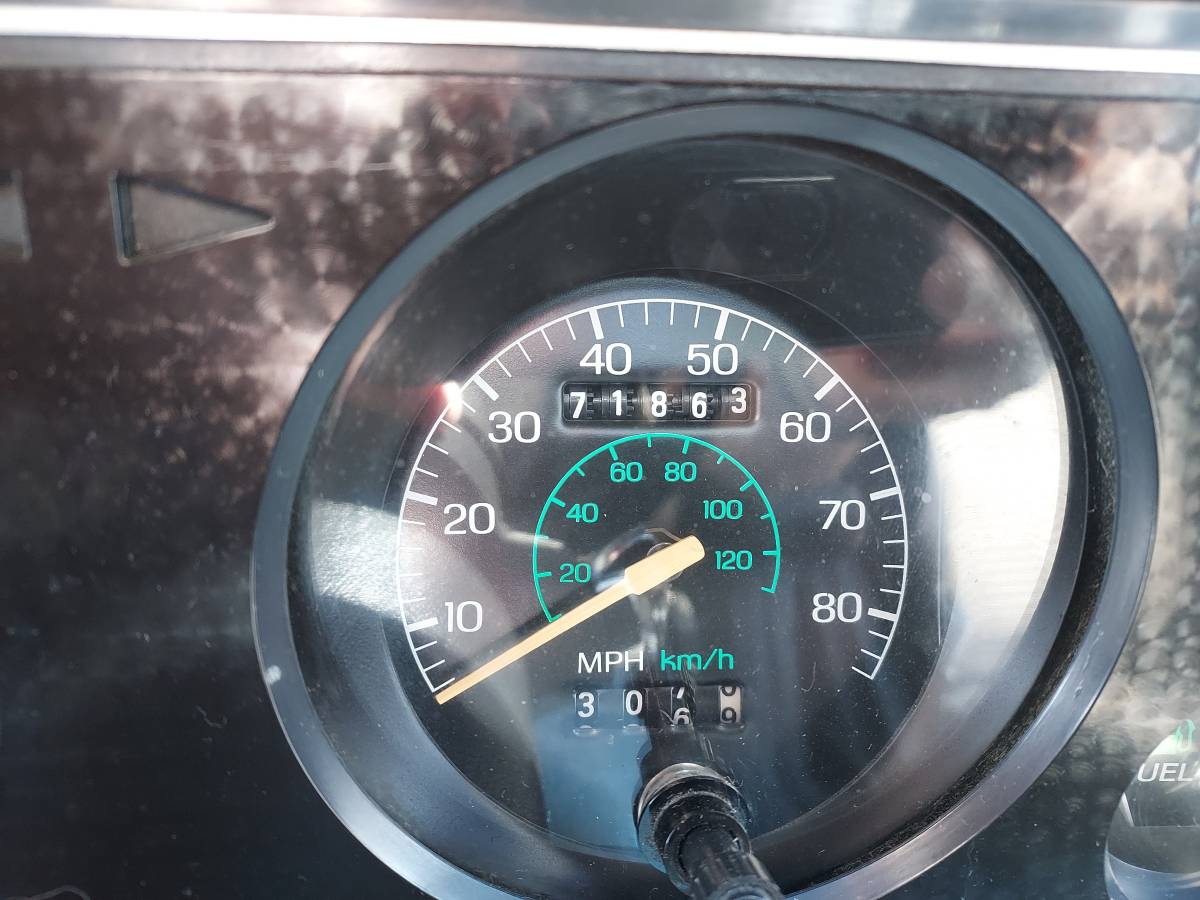 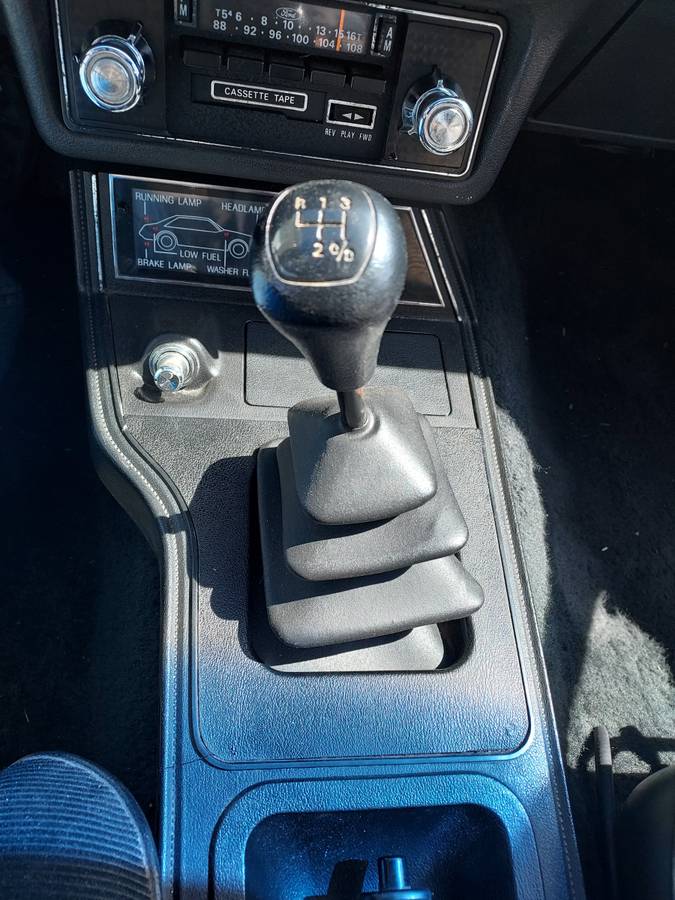 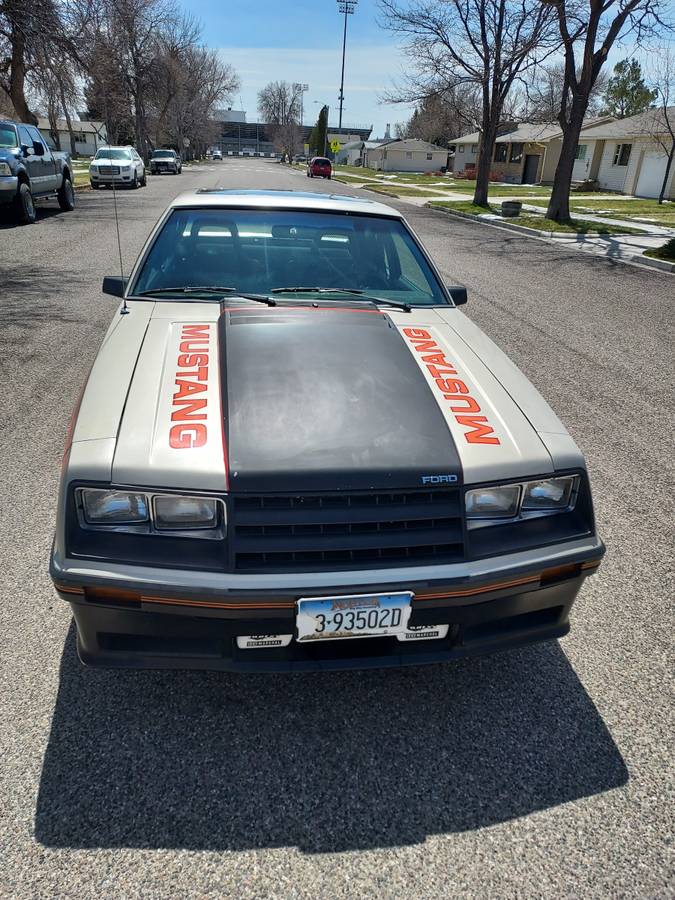 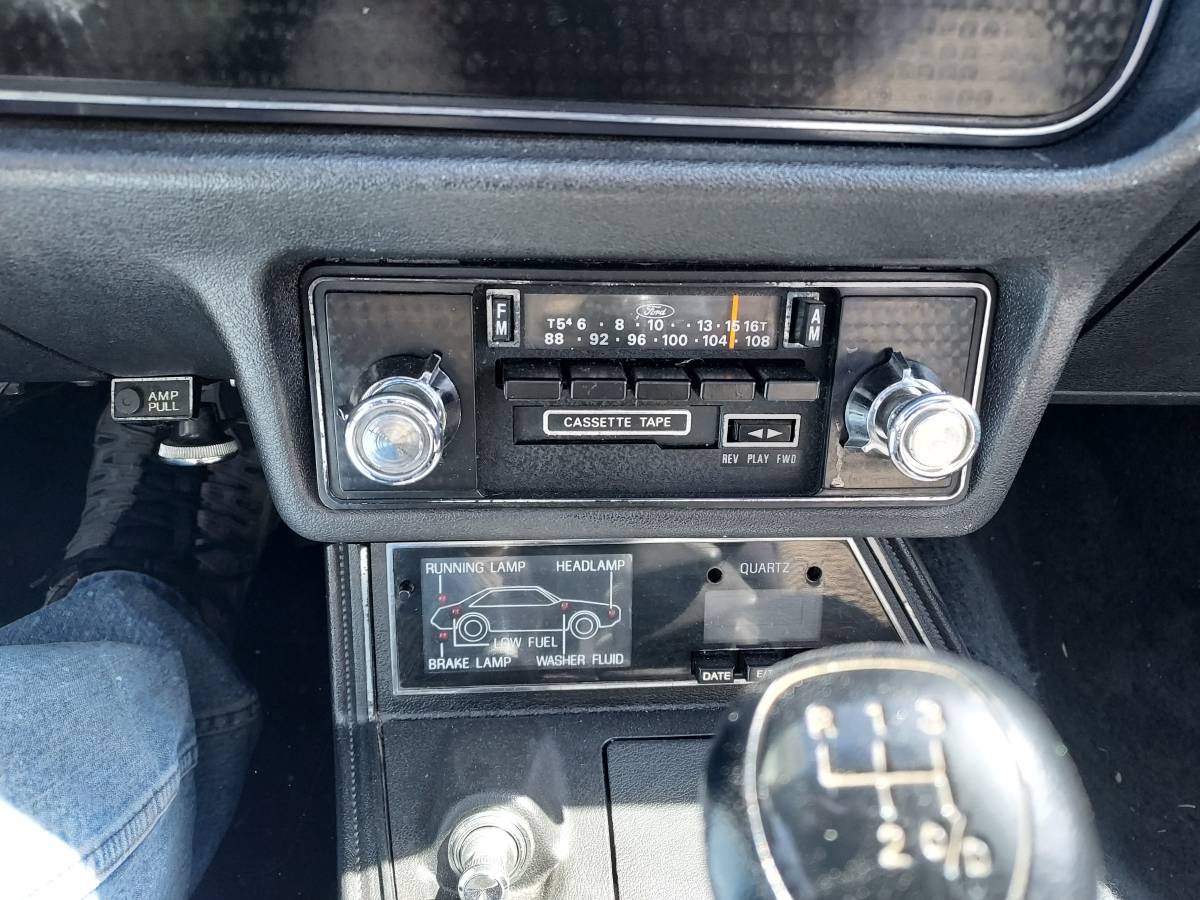 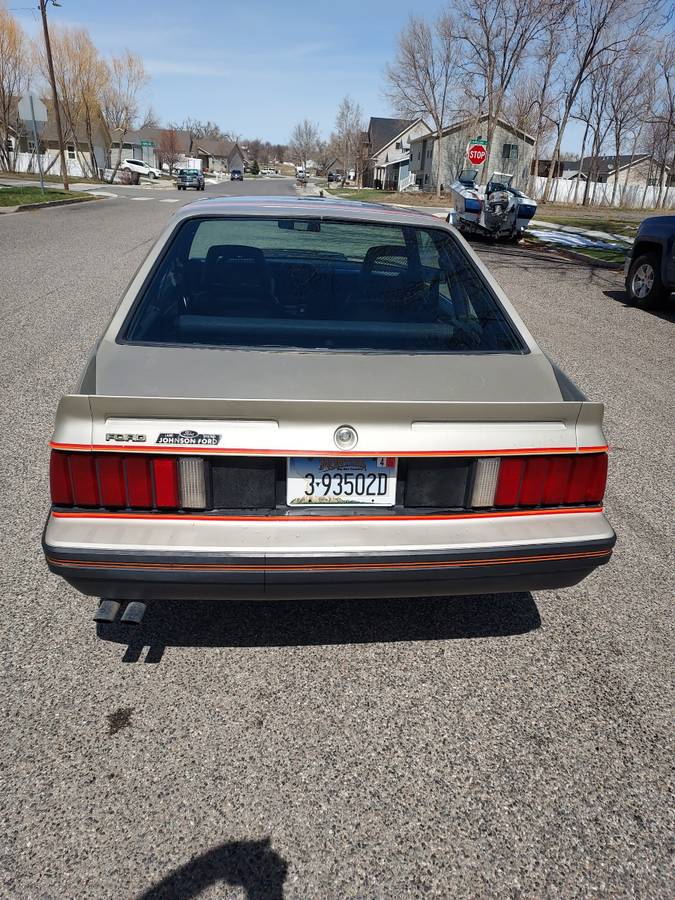 June 13, 2022, Update – We confirmed the seller of this “Classifind” deleted their listing, so we’re now able to call this one “SOLD!” While this one got away, please reach out either by email or call us directly if you’d like to be informed when we come across something similar.

When Ford launched the third-generation Mustang for the 1979 model year, everyone considered it a huge improvement over the Pinto-based Mustang II.  One letdown of the new Mustang that later proved to be unpopular was the optional TRX performance tire package.  The Mustang TRX wheels were one of the most popular wheels for Fox Mustangs back when they were introduced. These were the top performance-oriented wheel option available at the time. However, the unique size made tire options very limited. The original TRX wheel measured 390mm in diameter and 150mm wide. This measured out to 15.35″ by 5.9″ and explains the limited tire options. To this day, the only tire option is the Michelin TRX tire. A set of these tires remain prohibitively expensive for the average vintage Mustang owner.

Consequently, we’re not surprised the seller of this otherwise stock 1979 Ford Mustang Pace Car Replica originally listed in May 2022 on Craigslist in Billings, Montana replaced the TRX wheels with aftermarket units now shod with a brand new set of tires.

Currently offered for $12,000, Classic.com, the analytics and search engine for the collector car market, confirms the ask is at the low end of this guide’s one-year results summary:

As a second data point, the  Collector Car Market Review Online Tool reveals the seller’s ask falls between this guide’s #2 Very Good” estimate of $9,200 and its #1 “Excellent” appraisal of $14,000 after factoring in the 302 V8 and 4-speed powertrain options.

Ford launched the third generation Mustang for the 1979 model year.  Ford engineers developed the new Mustang on their innovative Fox Body platform launched one year earlier with the Fairmont.  This new chassis was “Ford’s initiative to build a one-size-fits-all car to serve as a two-door sports car and a four-door family car.  Ford built the 1979 Mustang around a platform it would share with more humble cars in the Lincoln-Mercury-Ford corporate family in order to keep development and construction costs down.  At launch, Ford offered two body styles: a two-door coupe and a three-door hatchback. Either model could be ordered in just two trim styles: Base or Ghia.

The Ford Mustang was chosen as the Official Pace Car of the 1979 Indianapolis 500. Ford commemorated this event with a mid-year “Indy 500” Pace Car version, of which 10,479 were produced. All were finished in two-tone pewter and black with orange and red graphics. The front end featured a unique front air dam with fog lights, and a full-length cowl-type hood scoop, while the rear was available with a new 1979 rear spoiler (all of these additions carried over to both the 1980 and 1981 Cobra). The black interior featured Recaro seats with patterned black and white inserts. Available were either a turbocharged 140 cubic inch inline-four with a four-speed manual transmission or the 302 cubic inch V8 with either a 4-speed manual overdrive or 3-speed automatic transmission. The production cars included a sunroof. However, the three actual pace cars were fitted with a T-top by Cars & Concepts of Brighton, MI. The removable panel roof option would not become an available option until the 1981 model year.

What holds this 1979 Ford Mustang Pace Car replica back is the stained and worn Recaro seat interior. Luckily, there are restoration supply houses that carry the correct pattern seat covers to help you restore this first-year Fox Body back to its original glory.  As for the TRX wheels, there are suppliers that now offer the TRX-inspired wheels in a more standard size that increases the number of tire options for this car.

Do you have a 1979 Ford Mustang Pace Car story to share?  If so, comment below and let us know!