by Guys with Rides | May 2022 | Classifinds, Free For All Friday 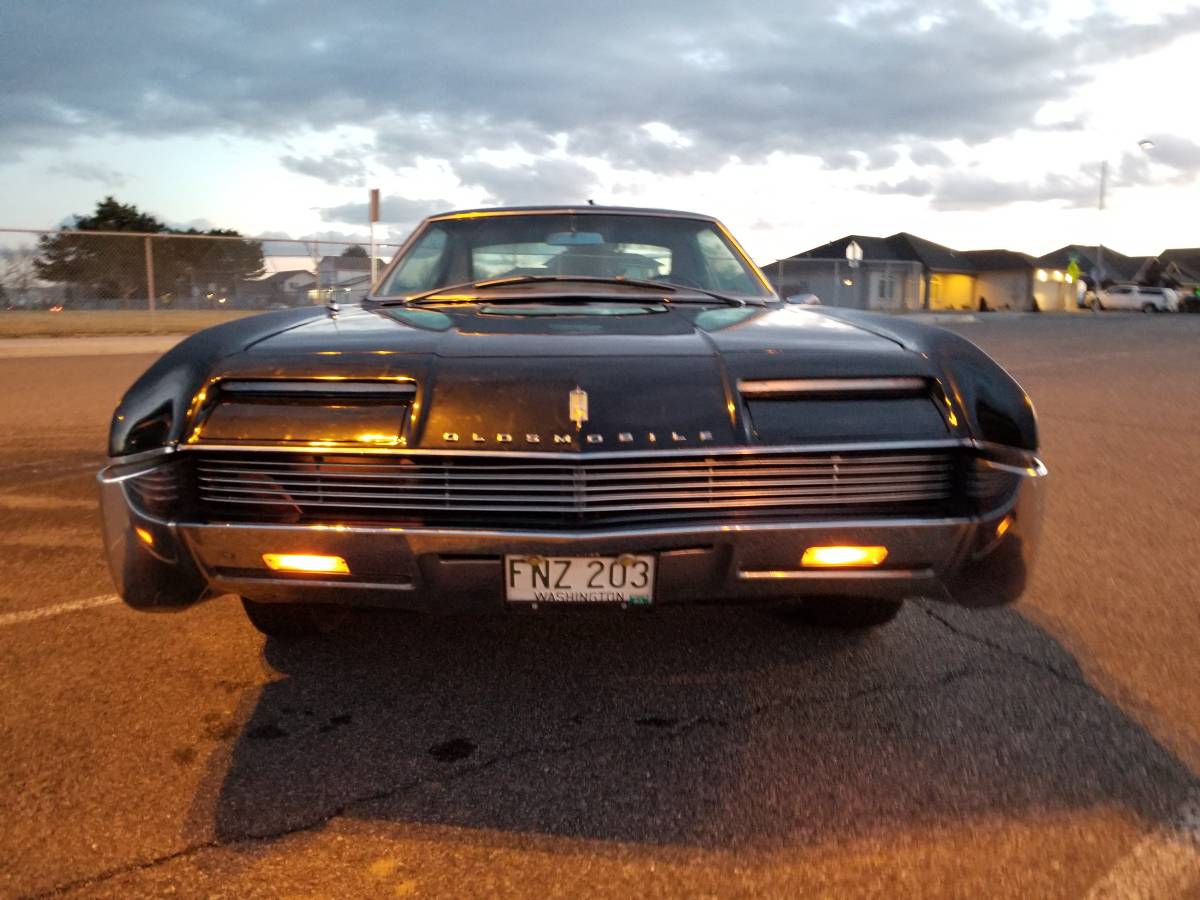 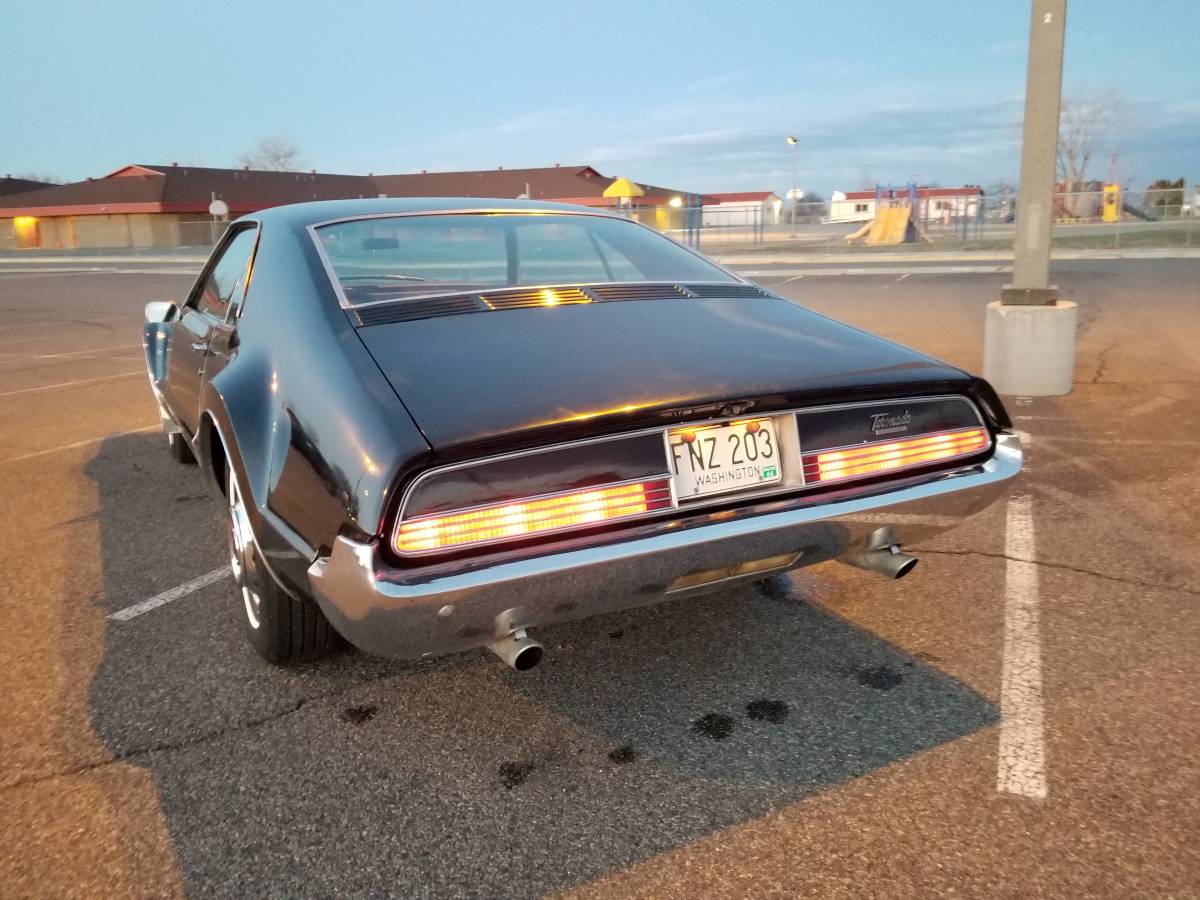 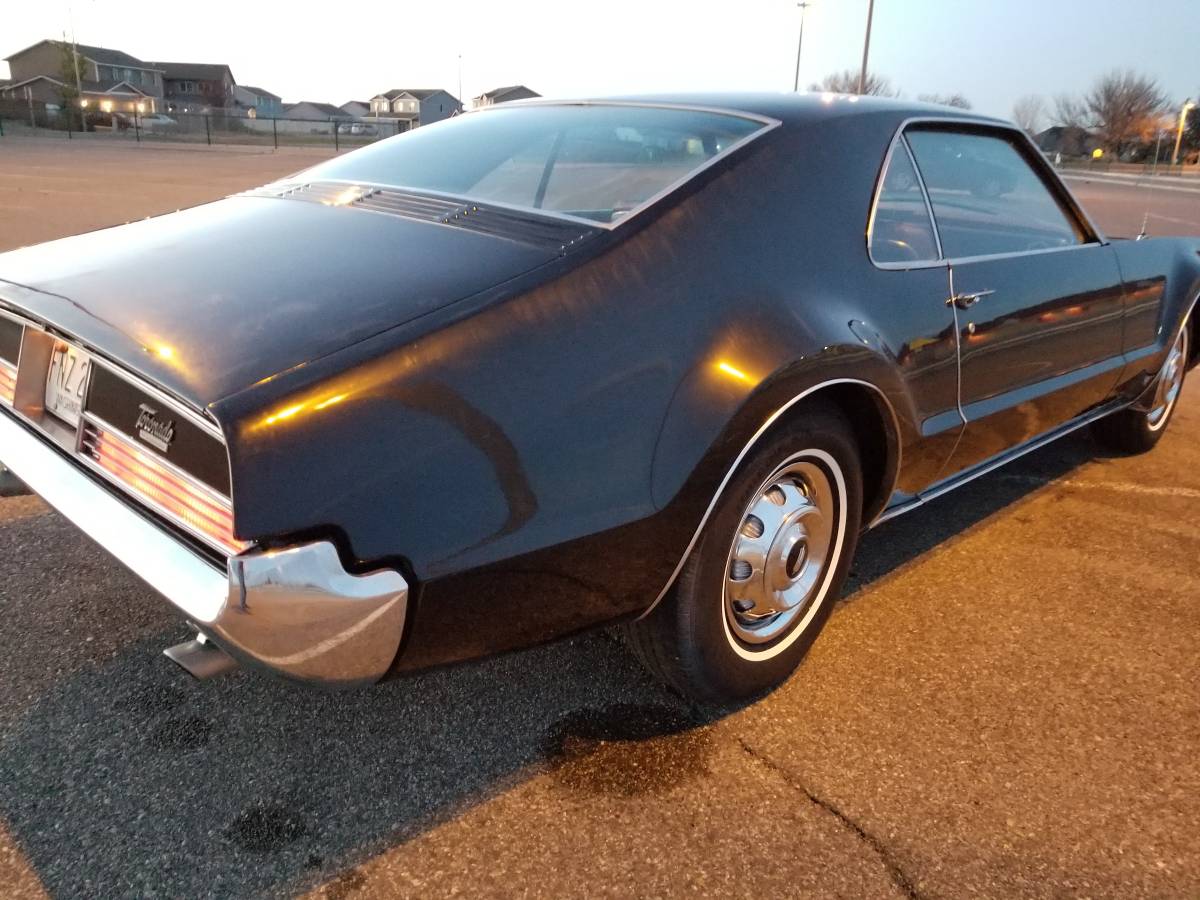 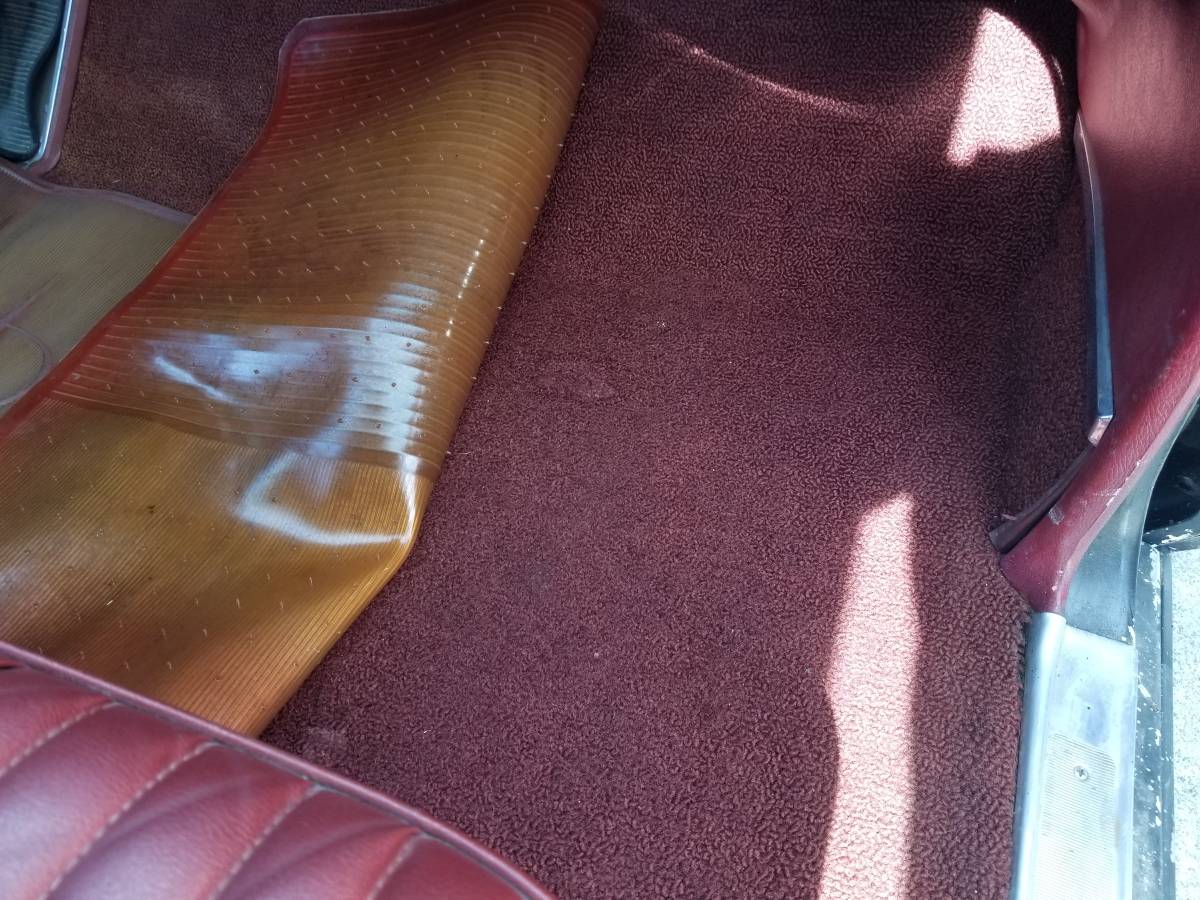 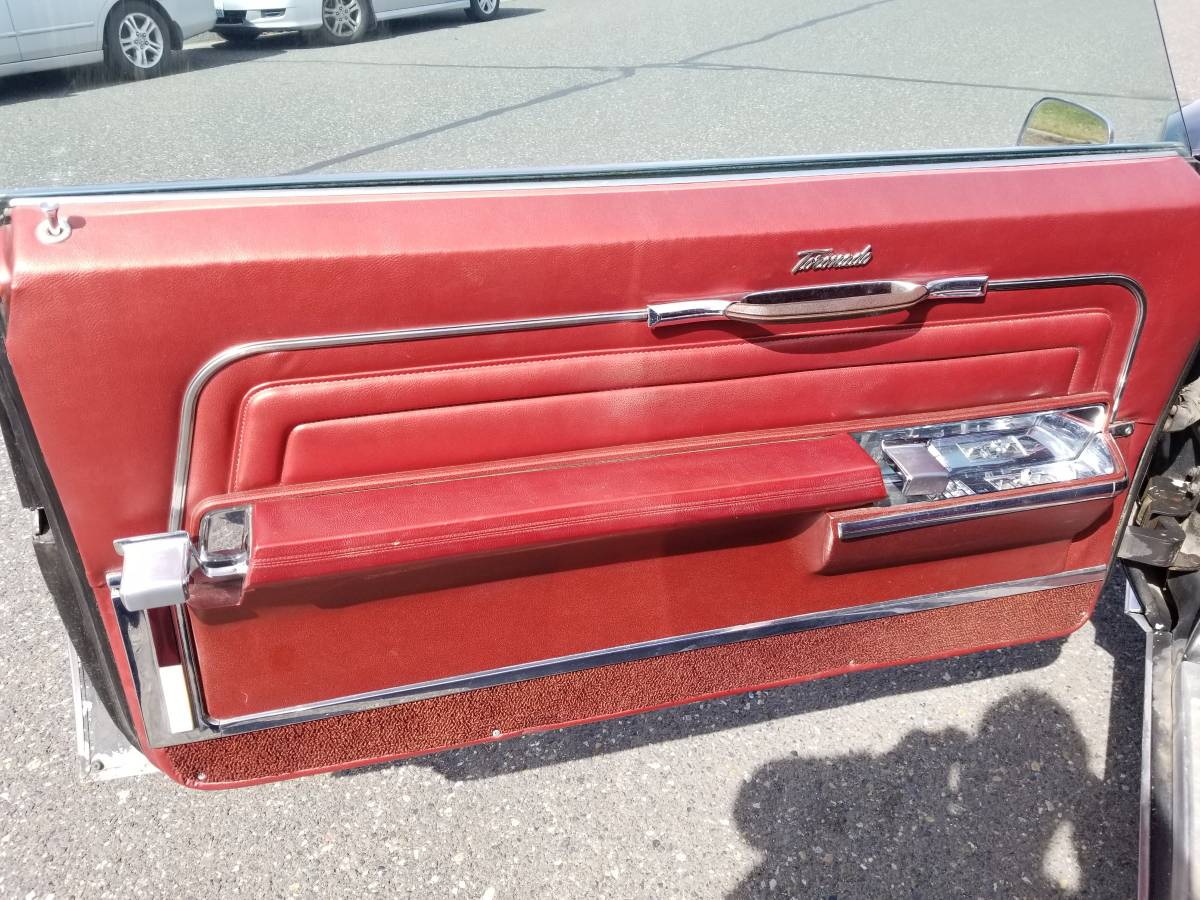 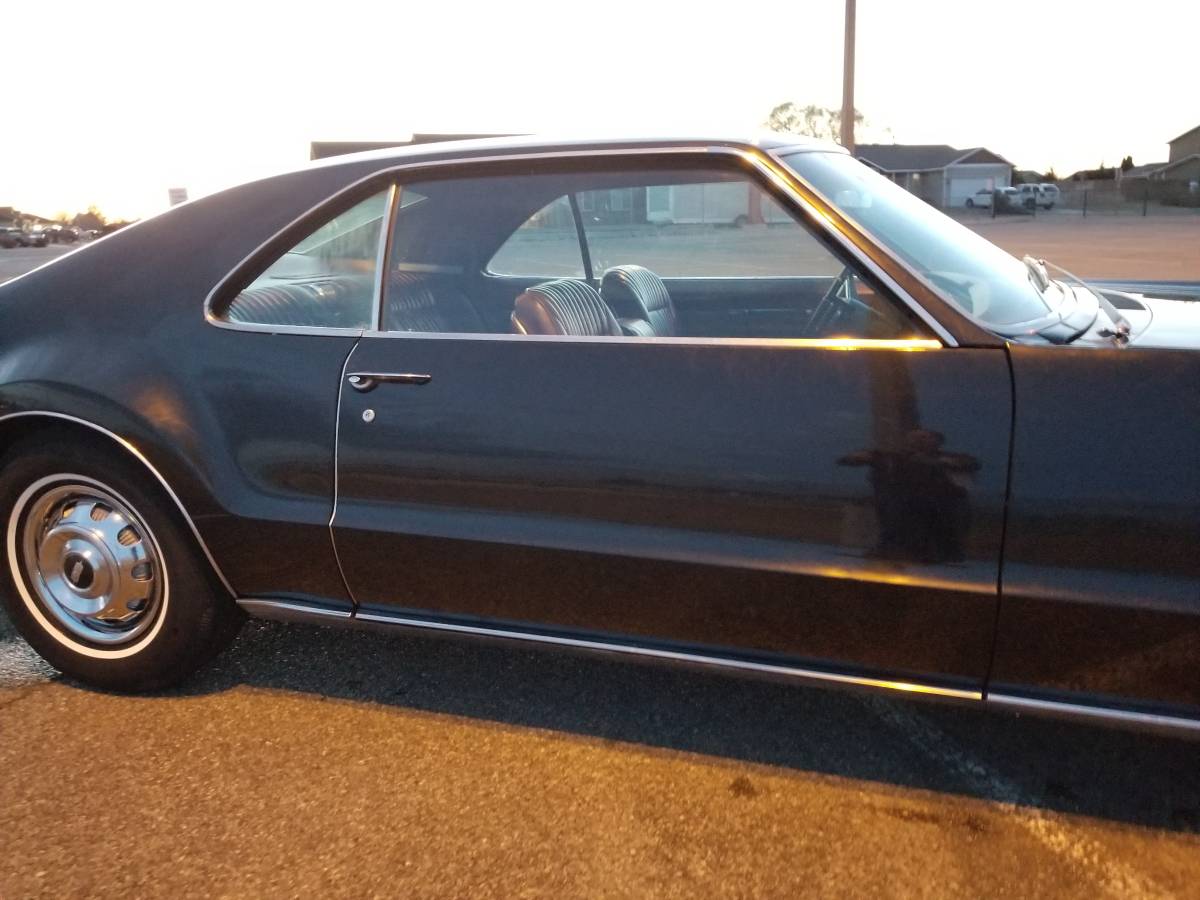 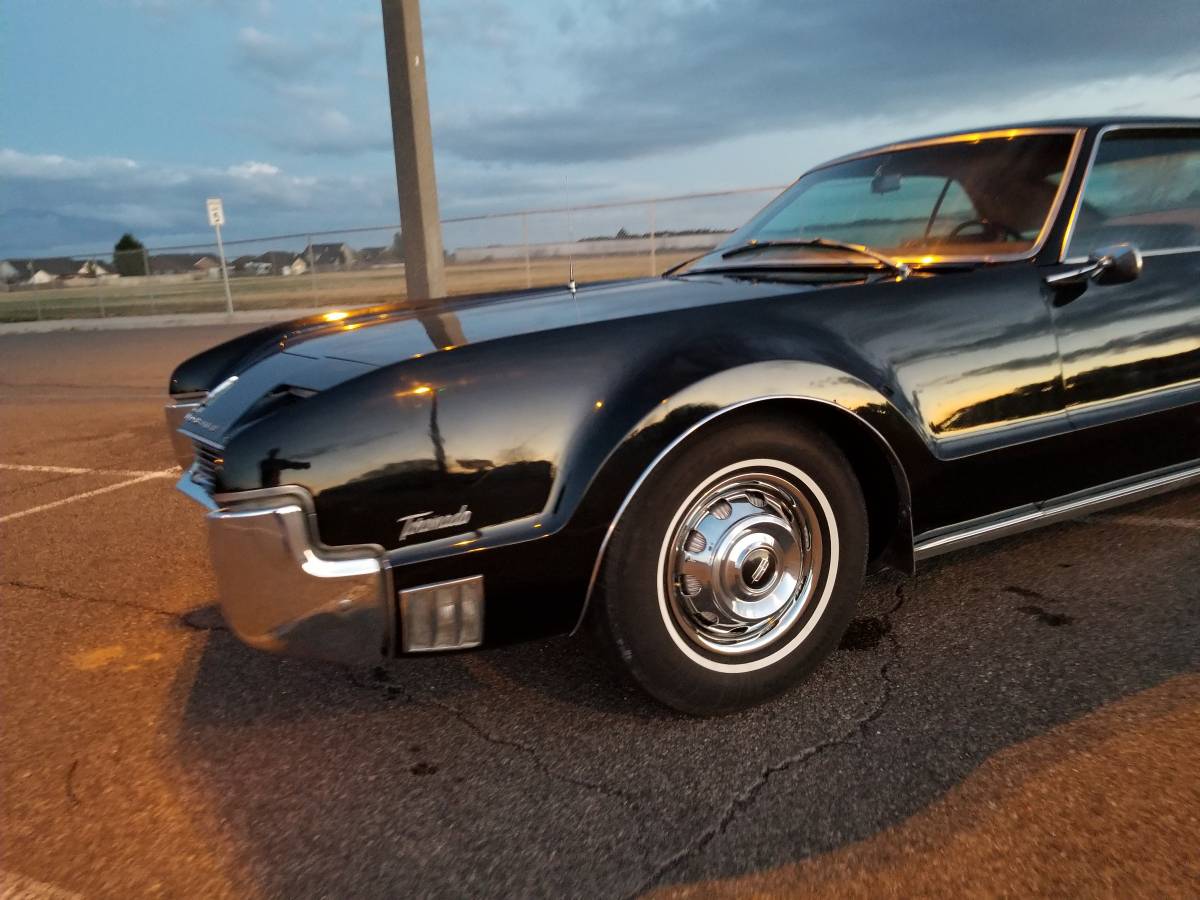 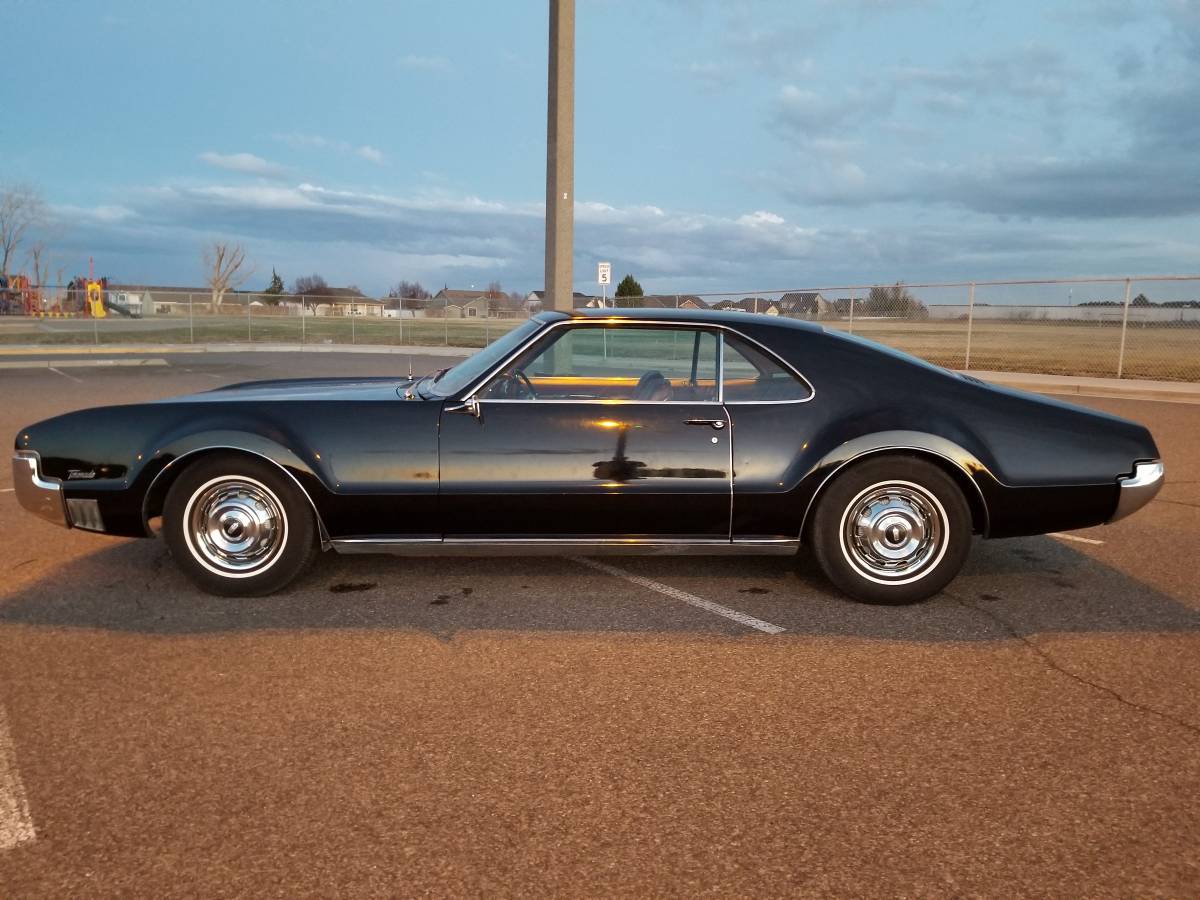 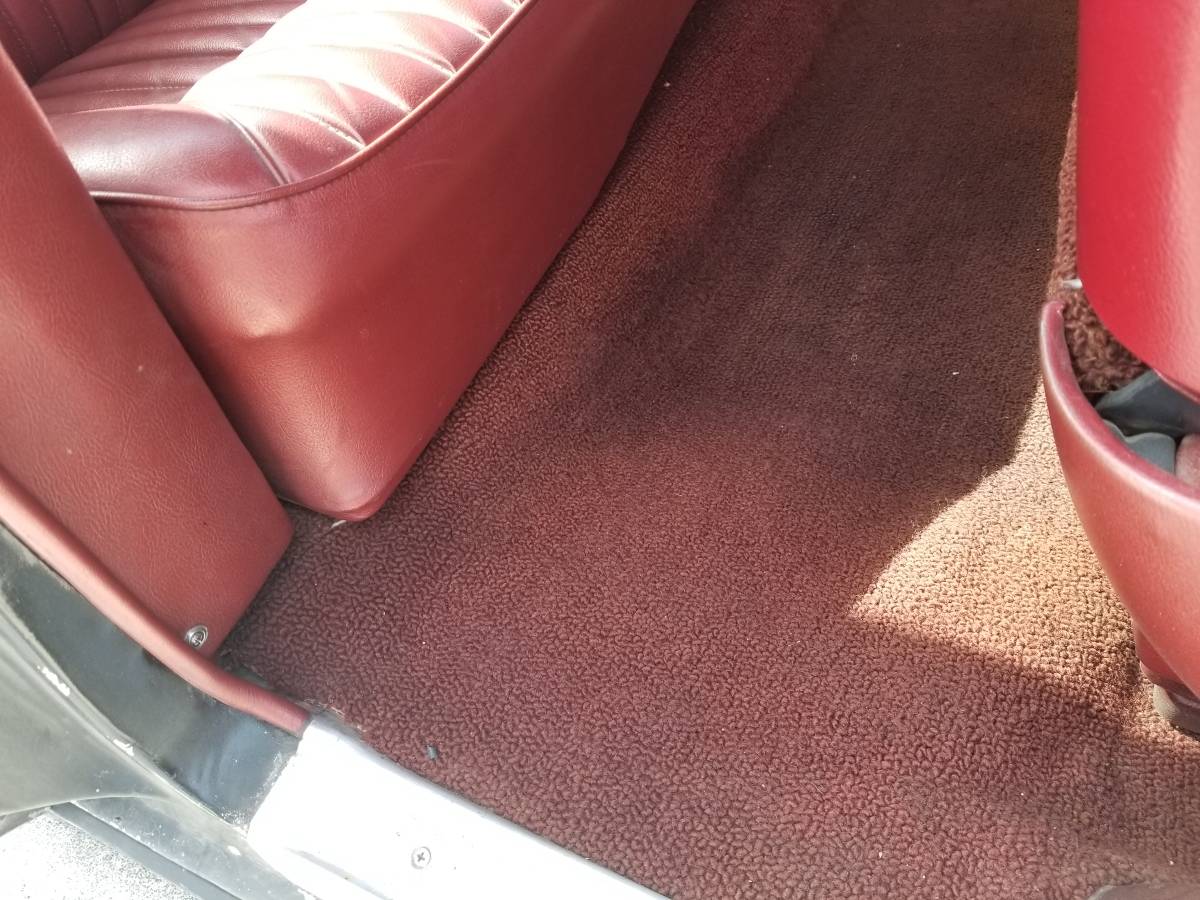 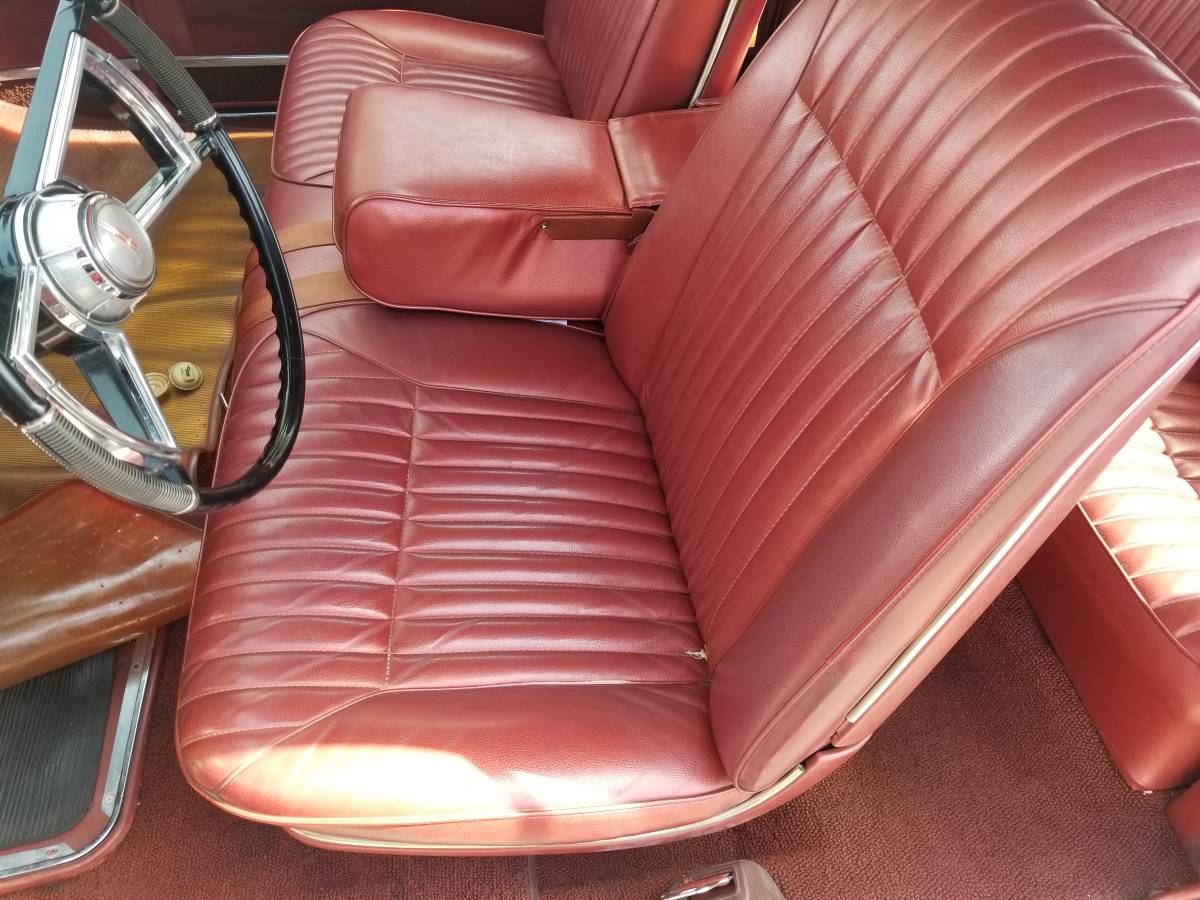 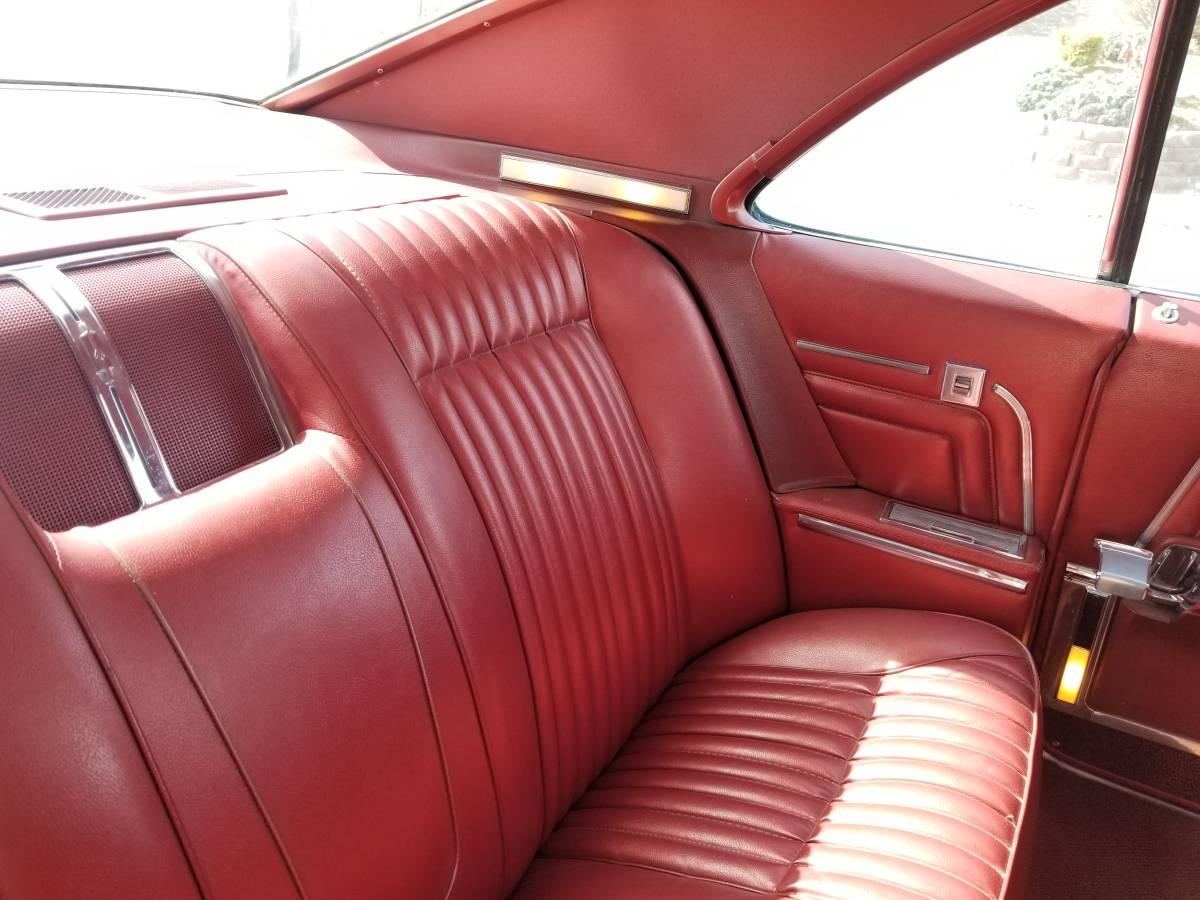 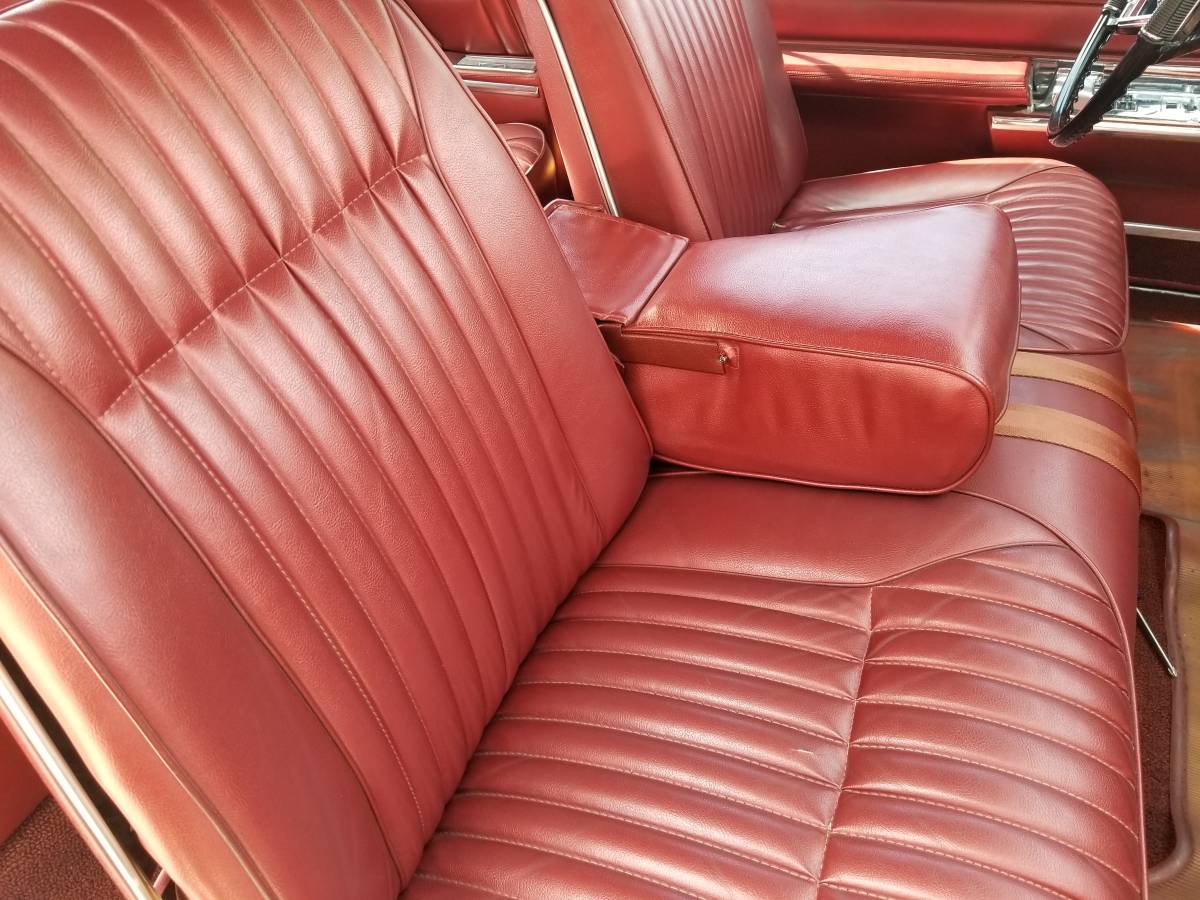 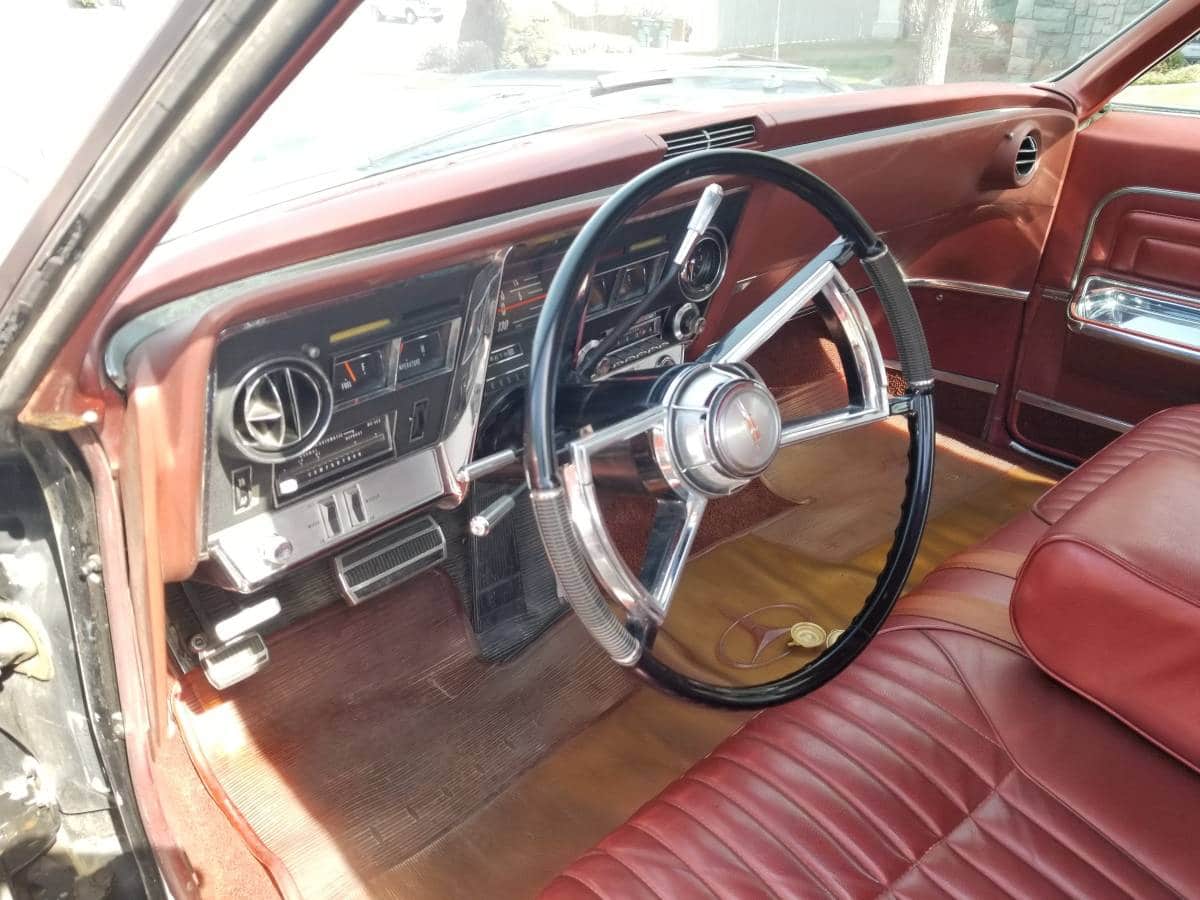 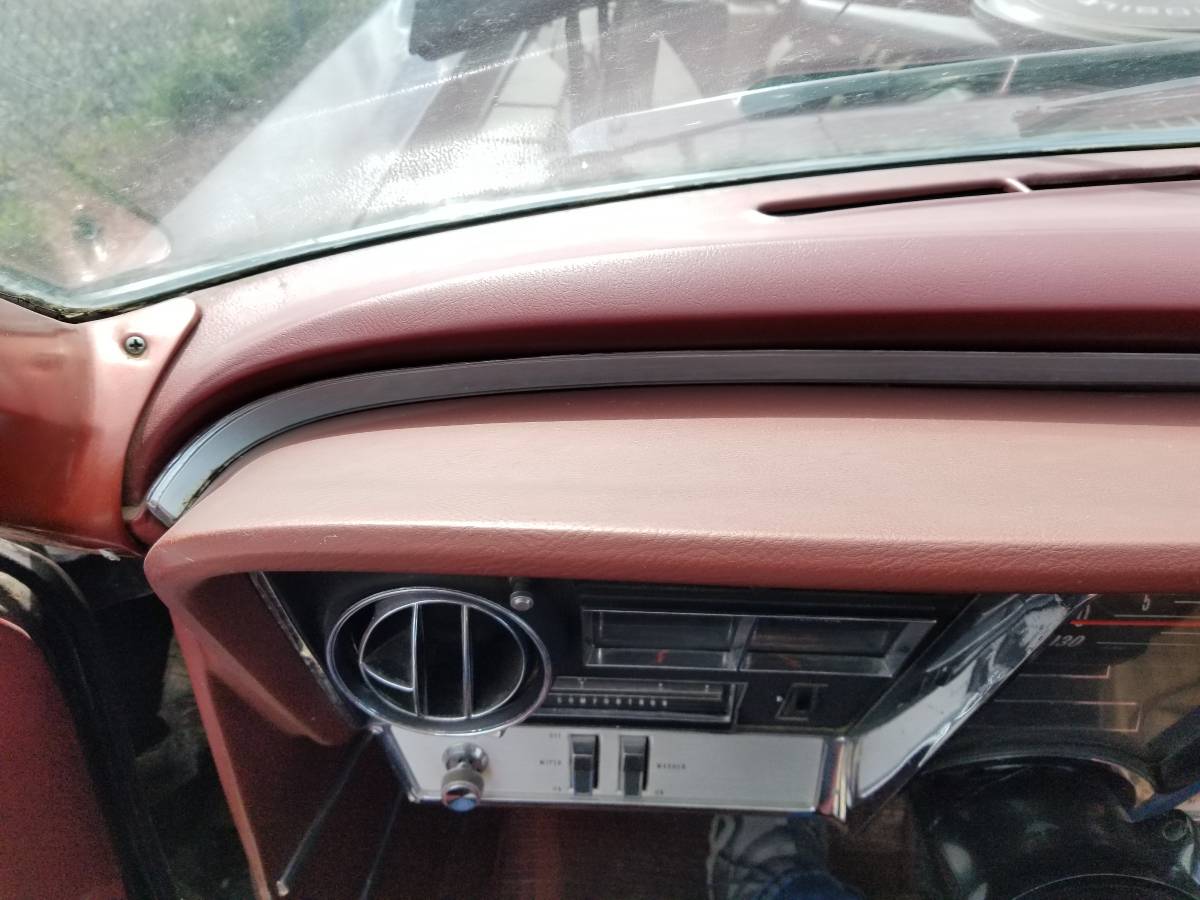 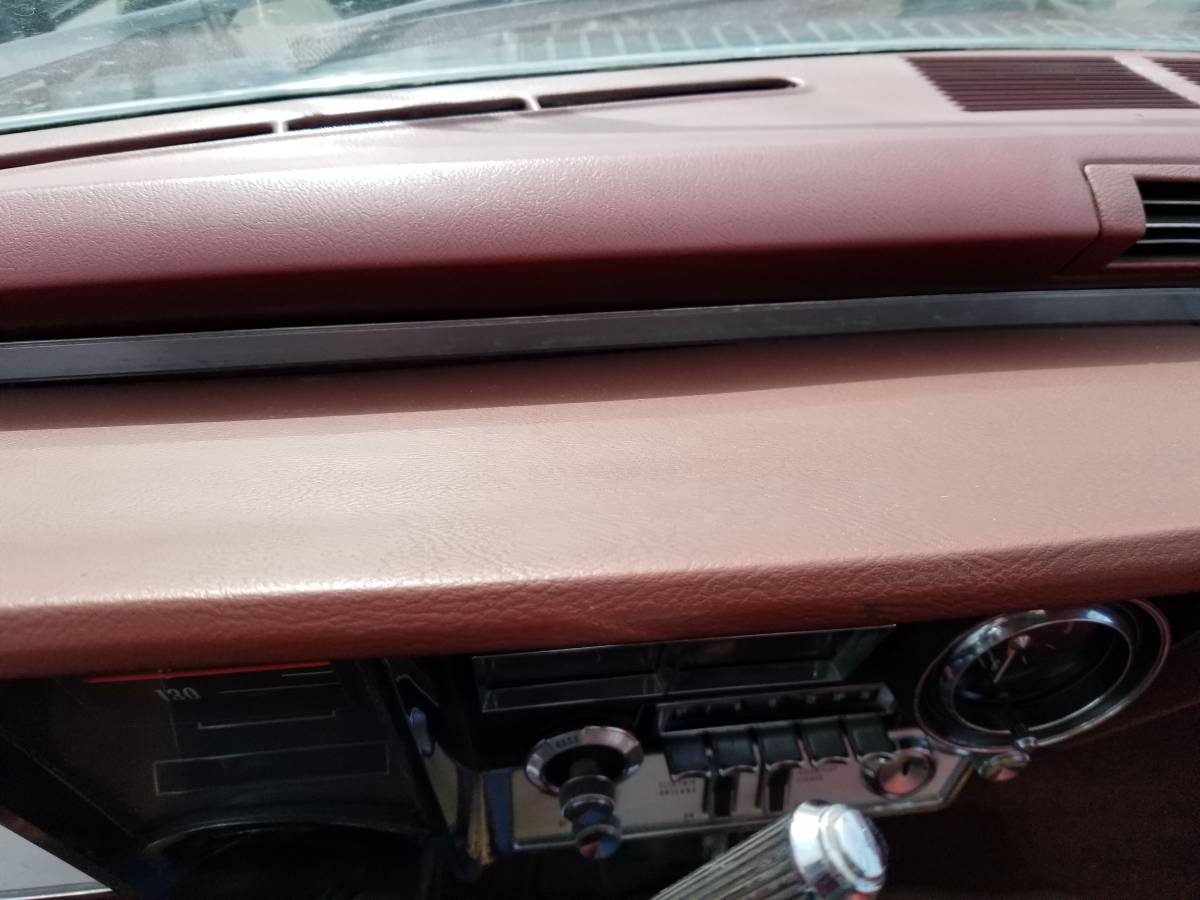 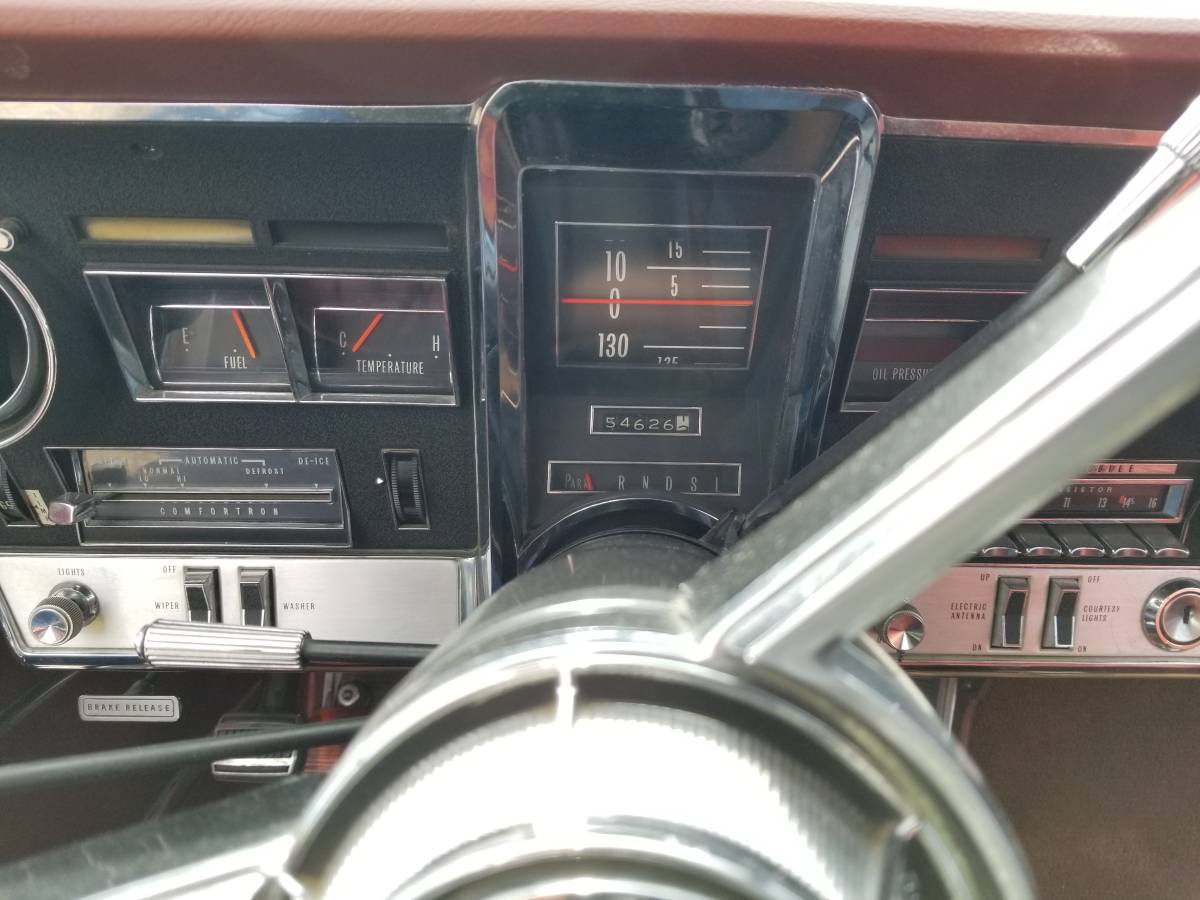 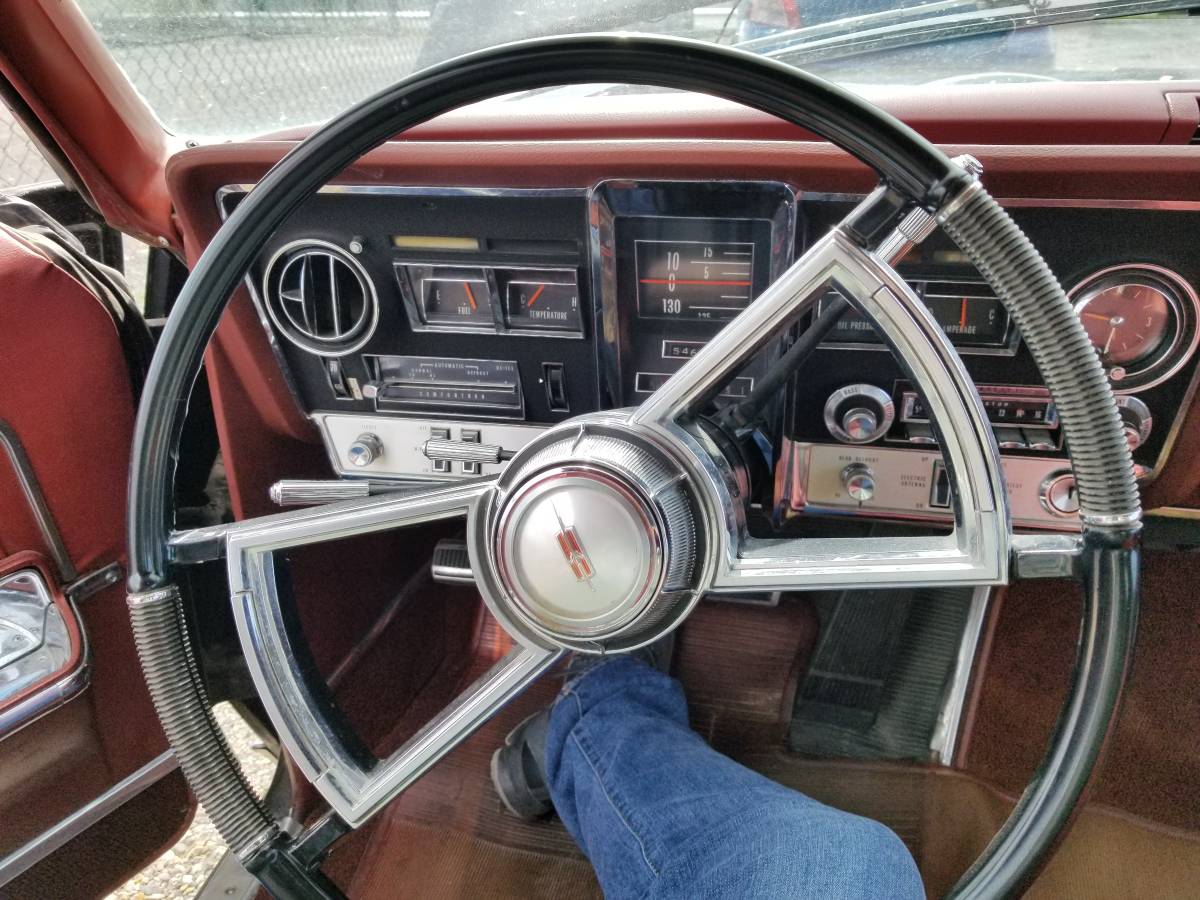 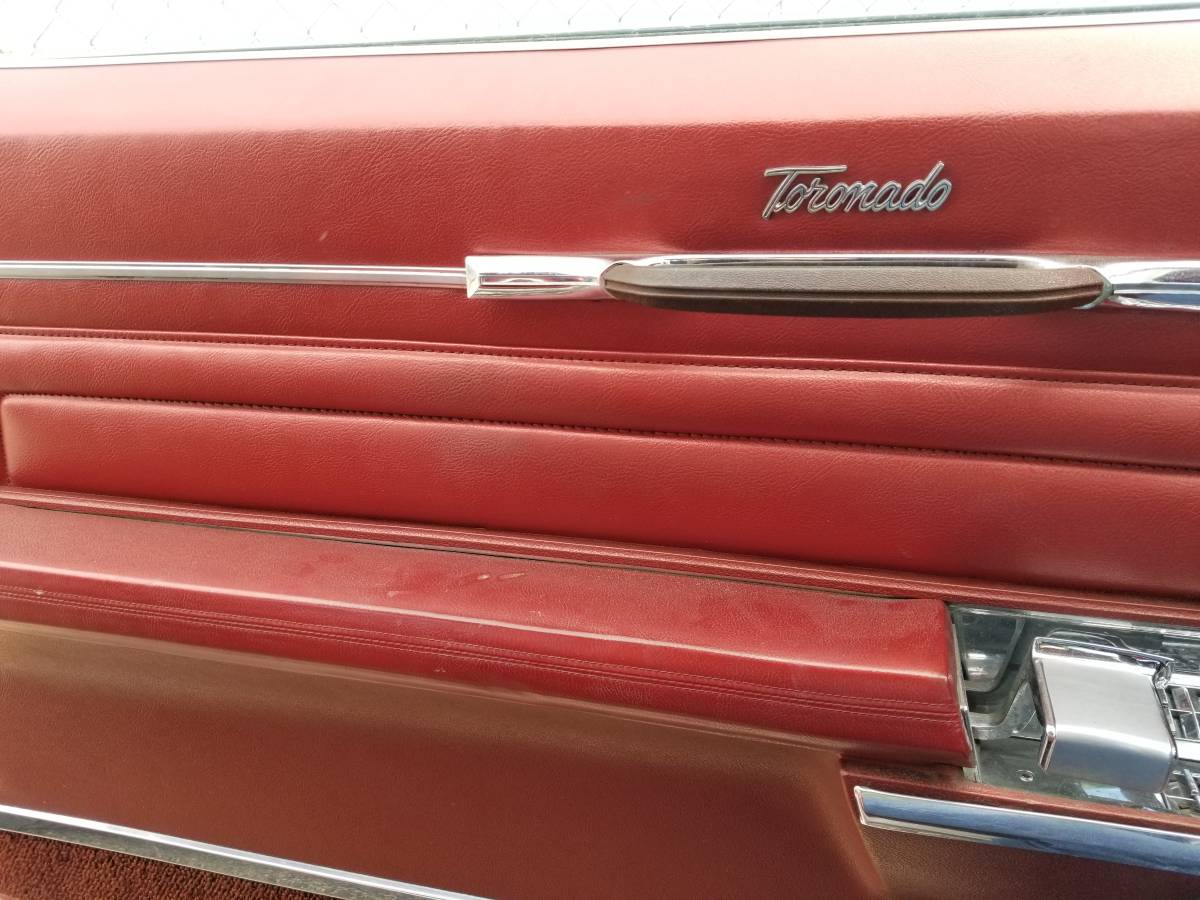 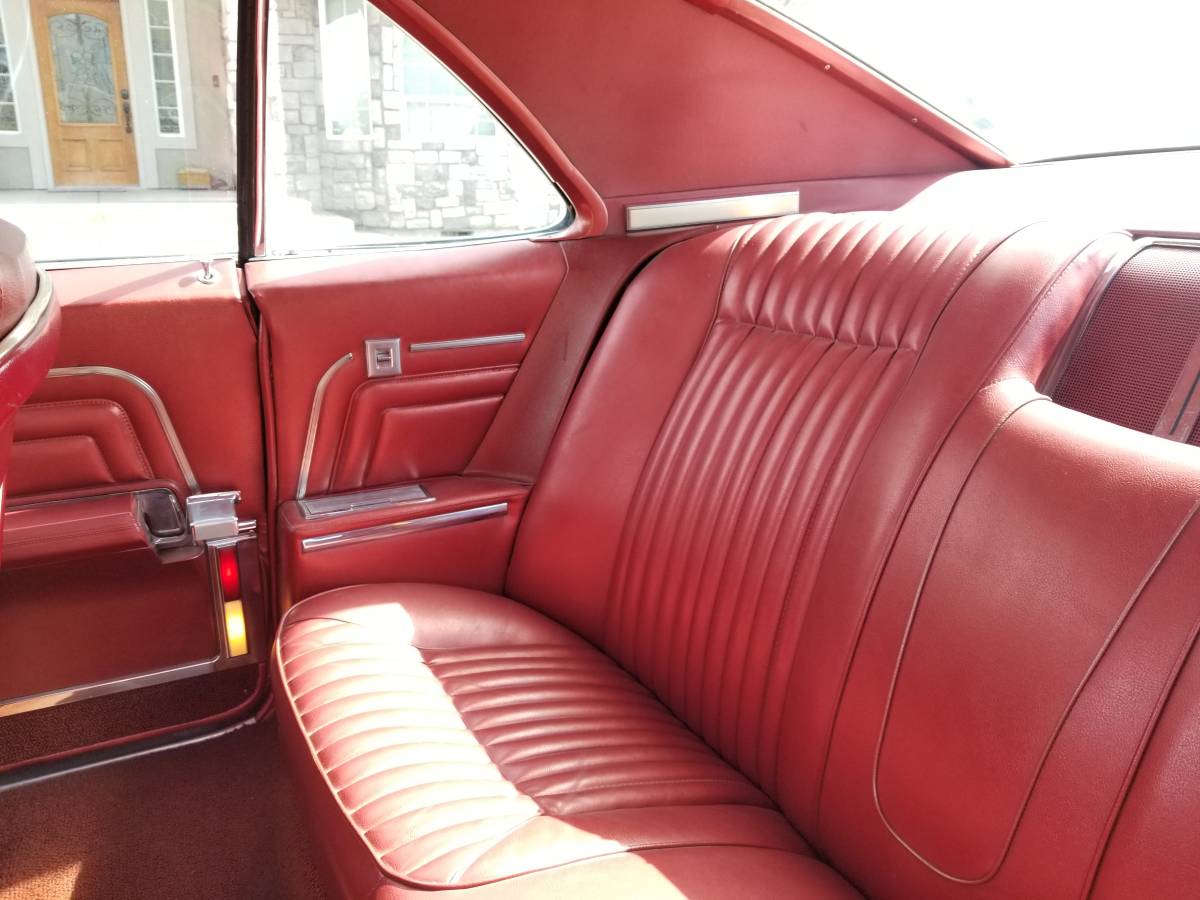 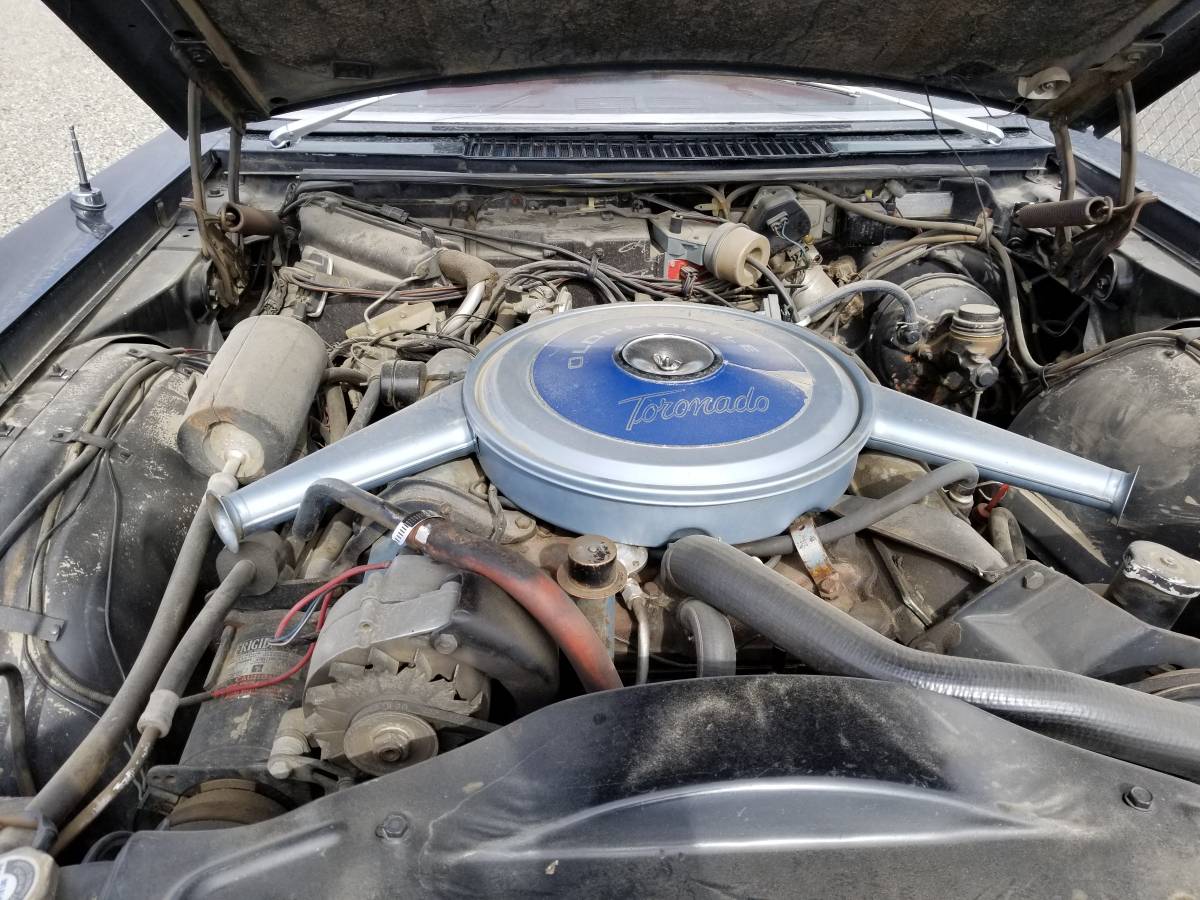 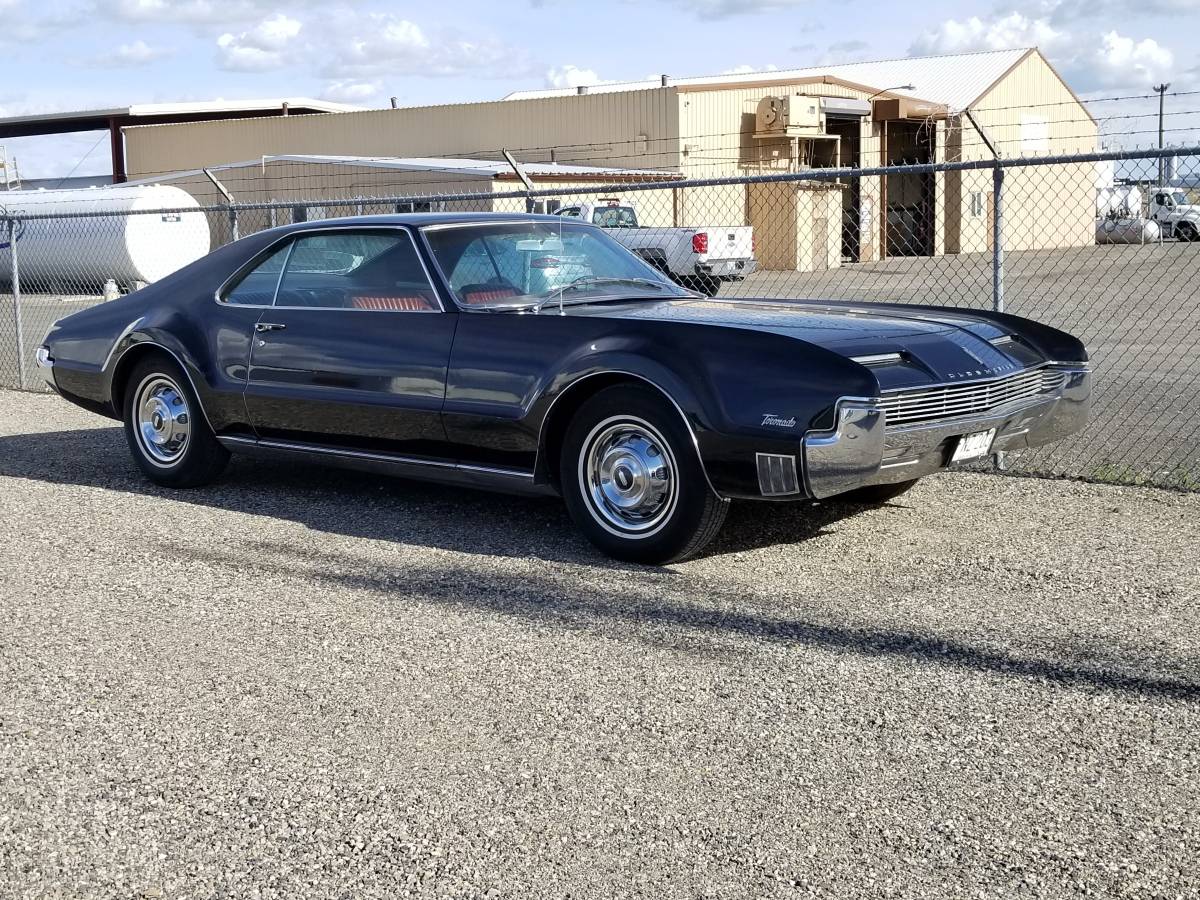 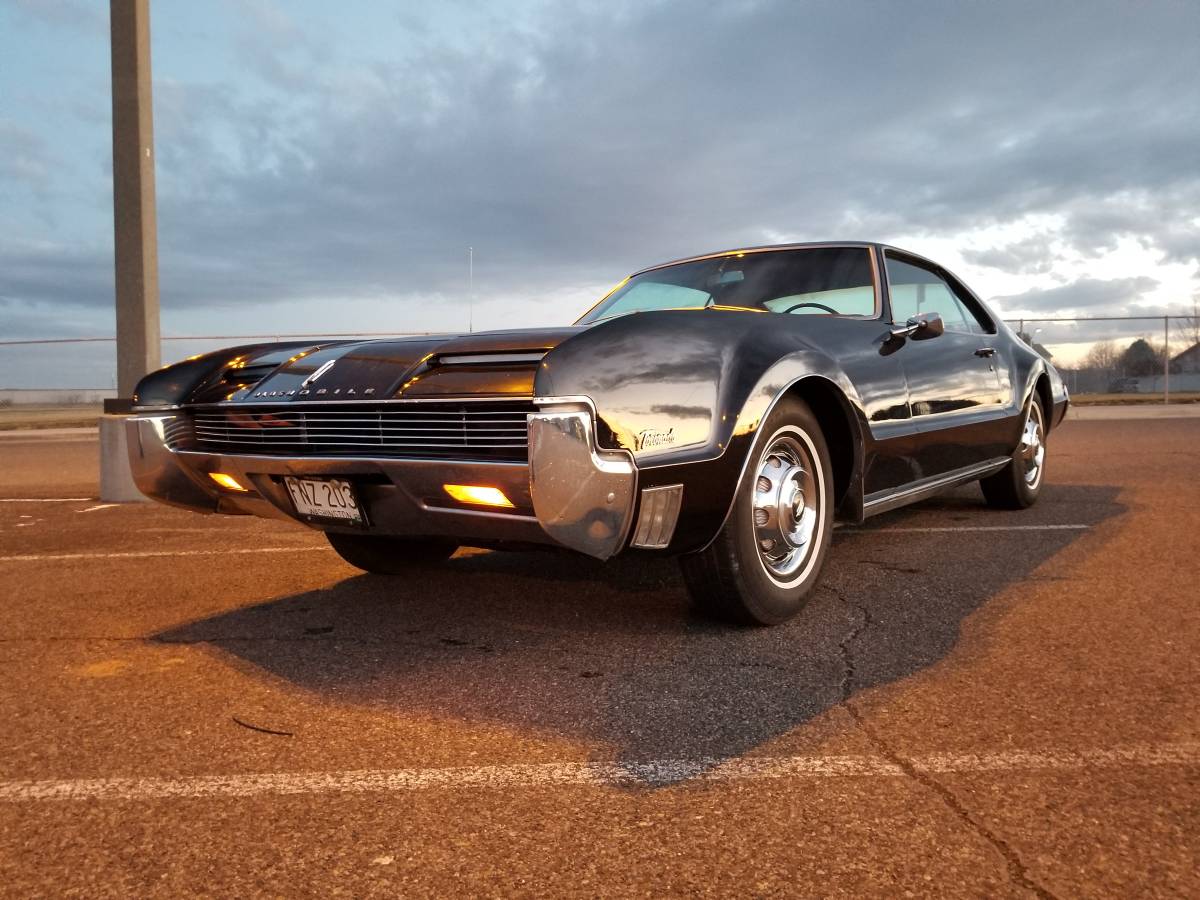 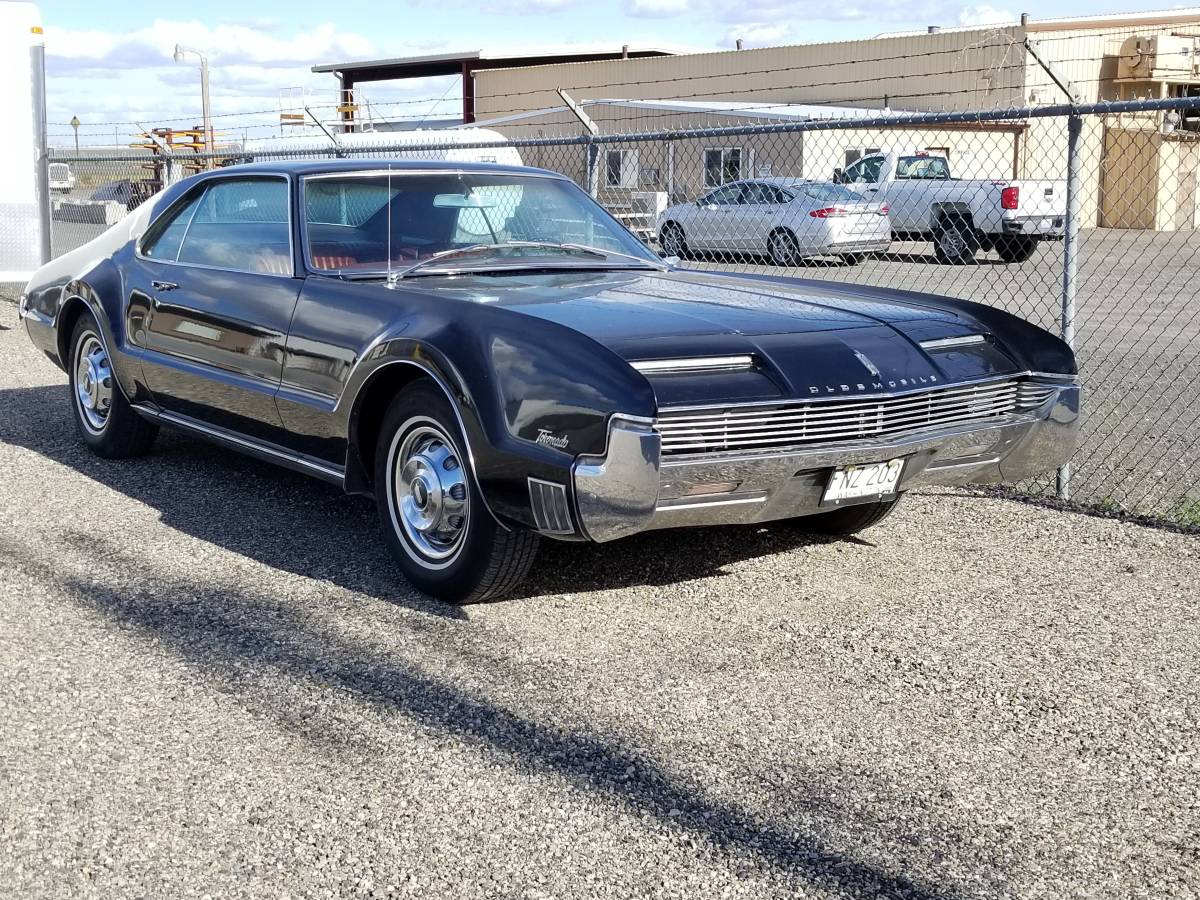 May 25, 2022, Update – Our growing community confirmed before we did that the seller of this “Classifind” deleted their listing, so we’re now able to call this one “SOLD!” While this one got away, please reach out either by email or call us directly if you’d like to be informed when we come across something similar.

For the past forty years, front-wheel-drive layouts dominated automobile manufacturers’ product plans as it proved to be a much more space-efficient design that lowers weight and thus improves fuel economy. This wasn’t always the case, especially in America.  When Oldsmobile launched its revolutionary front-wheel-drive Toronado in 1966, it was only the second car in U.S. automotive history to have such a power train (Cord was the first).  Sitting atop the innovative power train was a revolutionary two-door hardtop design with clean lines that looked like nothing else on the road.  This 1966 Oldsmobile Toronado originally listed in May 2022 on Craigslist in Kennewick, Washington (Tri-Cities) is reported to be a 53K original mile survivor.  While we’re not fans of most color change paint jobs (a previous owner changed this car’s exterior from white to black), the seller reports this Toronado’s distinctive original interior remains intact despite the car’s early 1990s Maaco paint job being “five footer” quality.

Currently offered for $14,000, Classic.com, the analytics and search engine for the collector car market, reveals the ask is at the lower end of this guide’s five-year results summary for first-generation Toronados.  By clicking on the green dots in the graph below, you can navigate to each comparable car sold as a way to help you make an educated bid on the car we are featuring for auction here:

Oldsmobile launched its innovative Toronado for the 1966 model year.  The Toronado has the distinction of being the first post-World War II U.S. front-wheel-drive car.  The 1937 Cord was the last American car to feature a similar powertrain layout.  Oldsmobile engineers developed a front-wheel-drive version of the Buick Riviera “E” platform that would also support a new Cadillac Eldorado one model year later.

The launch of the 1966 Oldsmobile Toronado was widely recognized as a step forward in design, gaining publicity for the division by winning several leading automotive awards, such as Motor Trend‘s Car of the Year® Award and Car Life‘s Award for engineering excellence. It also was the only American car ever to be awarded recognition in Europe, as the third-place finisher in the European Car of the Year competition.

The Toronado began as a design painting by Oldsmobile stylist David North in 1962. His “Flame Red Car” was a compact sports/personal car never intended for production. A few weeks after the design was finished, however, the Oldsmobile division was informed it would be permitted to build a personal car in the Riviera/Thunderbird class for the 1966 model year, and North’s design was selected. For production economy, the still-unnamed car was to share the so-called E-body shell with the redesigned 1966 Buick Riviera (then entering its second generation), which was substantially larger than North had envisioned. Despite the efforts of Oldsmobile and General Motors styling chief Bill Mitchell to put the car on the smaller A-body intermediate used by the Oldsmobile Cutlass, they were overruled for cost reasons.

Oldsmobile had been working on front-wheel-drive since 1958, a project shepherded by engineer John Beltz (who originated the 4-4-2 and would later become head of the division). Although initially envisioned for the smaller F-85 line, its cost and experimental nature pushed the program towards a larger, more expensive car. Engineer F. J. Hooven of the Ford Motor Company, had patented a similar FWD layout, and Ford considered the design for the 1961 Ford Thunderbird. However, the capability to develop and engineer it on such short notice was doubtful. In 1956 Oldsmobile had also introduced a personal 2-door concept car called the Oldsmobile Golden Rocket that didn’t progress into production.

The unusual Toronado powertrain developed by Oldsmobile, called the Unitized Power Package (“UPP”), packaged a Rocket V8 and transmission into an engine bay no larger than one for a conventional rear-wheel-drive car. During its seven-year development, UPP components were driven over 1.5 million test miles to verify their strength and reliability. They proved so well-built the UPP was employed basically unchanged in the 1970s GMC motorhome.

Firestone designed an 8.85″ x 15″ tire, especially for the Toronado, called the TFD (Toronado-Front-Drive) tire. It had a stiffer sidewall than normal, and the tread and stylishly thin white pin-stripe were also unique.

The Turbo-Hydramatic heavy-duty three-speed automatic transmission became available during the development of the Toronado. Called the TH425 in front-wheel-drive form, the transmission’s torque converter was separated from its planetary gearset, with the torque converter driving the gearset through a 2 in (51 mm) wide silent chain-drive called Hy-Vo, riding on two 7.5 inch sprockets. The Hy-Vo chain drive was developed by GM’s Hydra-Matic Division and Morse Chain Division of Borg-Warner. The chains were made from very strong hardened steel and required no tensioners or idler pulleys because they were pre-stretched on a special machine at the factory. Although the rotational direction of the transmission gears had to be reversed, a large number of components were shared with the conventional TH400. The use of the automatic also eliminated the need to devise a workable manual-shift linkage. No manual transmission was ever contemplated because the performance was adequate with the automatic transmission and because virtually all U.S.-built luxury cars during this period came with automatic transmissions as standard equipment.

The Toronado used a subframe that ended at the forward end of the rear suspension leaf springs, serving as an attachment point for the springs. It carried the powertrain, front suspension, and floorpan, allowing greater isolation of road and engine harshness.

To fit into the tight space, Oldsmobile adopted torsion bars for the Toronado’s front suspension (the first GM passenger car application of torsion bars in the US, but still not up to Packard’s automatic ride leveling system), with conventional, unequal-length double wishbones. The Toronado’s suspension was a simple beam axle on single leaf springs, unusual only in having dual shock absorbers, one vertical, one horizontal (allowing it to act as a radius rod to control wheel movement).

Brakes were hydraulically operated 11 in (279 mm) drums, generally considered the Toronado’s weak link. As a rather heavy car, after several panic stops the brake drums would overheat, resulting in considerable fade and long stopping distances. The 1967 addition of vented front disc brakes as an option provided substantial improvement.  The Toronado’s UPP enabled the interior to have a completely flat floor, however, rear-seat headroom was somewhat restricted by the car’s fastback styling.

This 1966 Oldsmobile Toronado for sale is one of those cars you can enjoy now while you plan to get it repainted back to its original white next winter.  The price here reflects the low end of the market, so a quality paint job combined with a thorough engine detail is playing with house money in terms of raising this innovative car’s value during your ownership.

“This 1966 Oldsmobile Toronado was refinished in black over Red during prior ownership, the original color is white. The red upholstery and carpet are 100% original very nice pliable and soft not crispy. Big block 425 V8 Power is sent to the front wheels through a three-speed TH-425 automatic transaxle, the car has 53,000 original miles. Optional equipment includes chrome wheels, power-adjustable front seats, and power windows. The car spent time here in Washington state and had been stored and maintained for the last 35 years clean Wa title and bill of sale. I just changed the oil and fluids new battery and replaced the wheels and tires The car is in great shape but will need a few things. It seems to run and drive fine runs a little rich in my opinion a tune-up could cure this. I think it needs shocks and balljoints the paint is not perfect it’s a Macco from the early 1990s put down over the original paint on the car. It’s a 5-footer. It could be polished or cut and buffed I’ve done neither. The power seats want to work but need to be looked at most everything else works. Contact me for more pictures and info.“

Paint or patina: What would you do with this 1966 Oldsmobile Toronado’s exterior paint?  Please comment below and let us know!