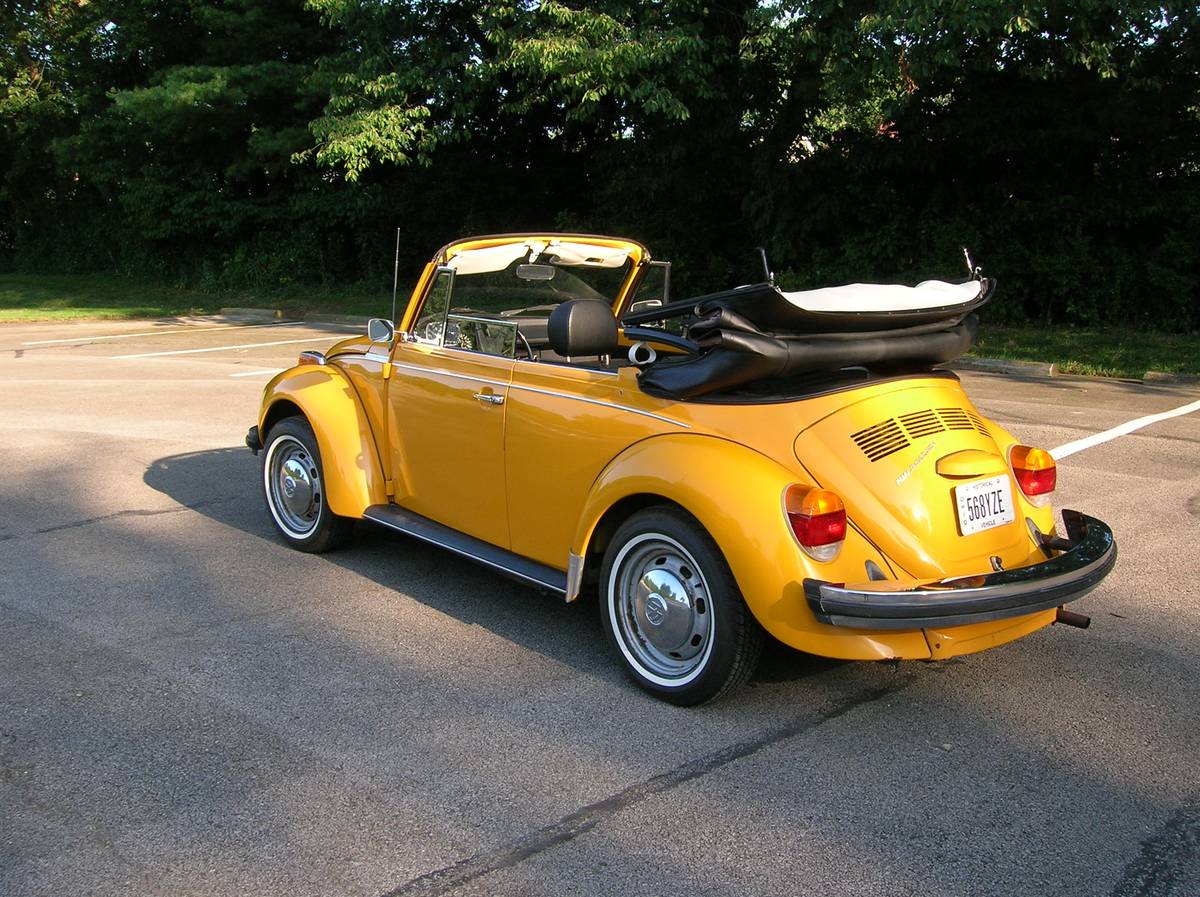 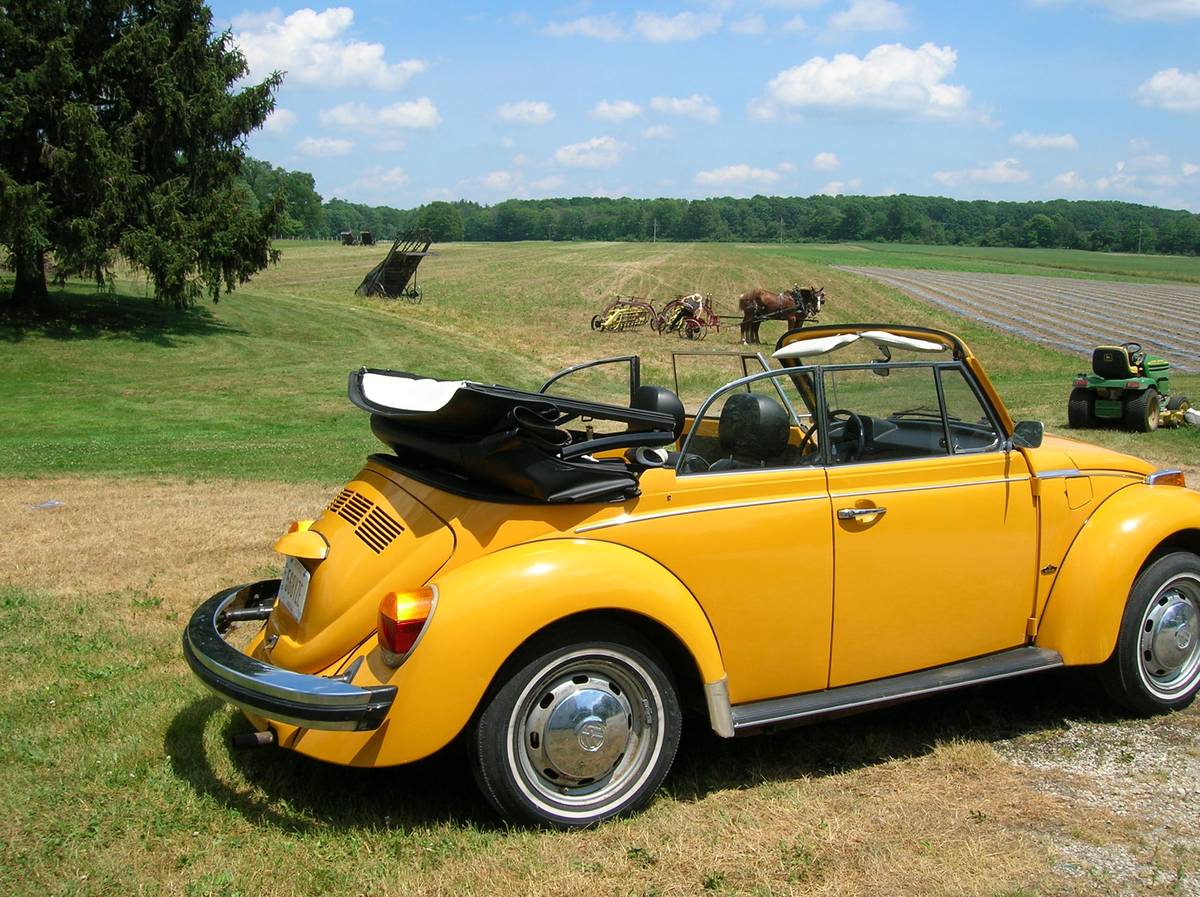 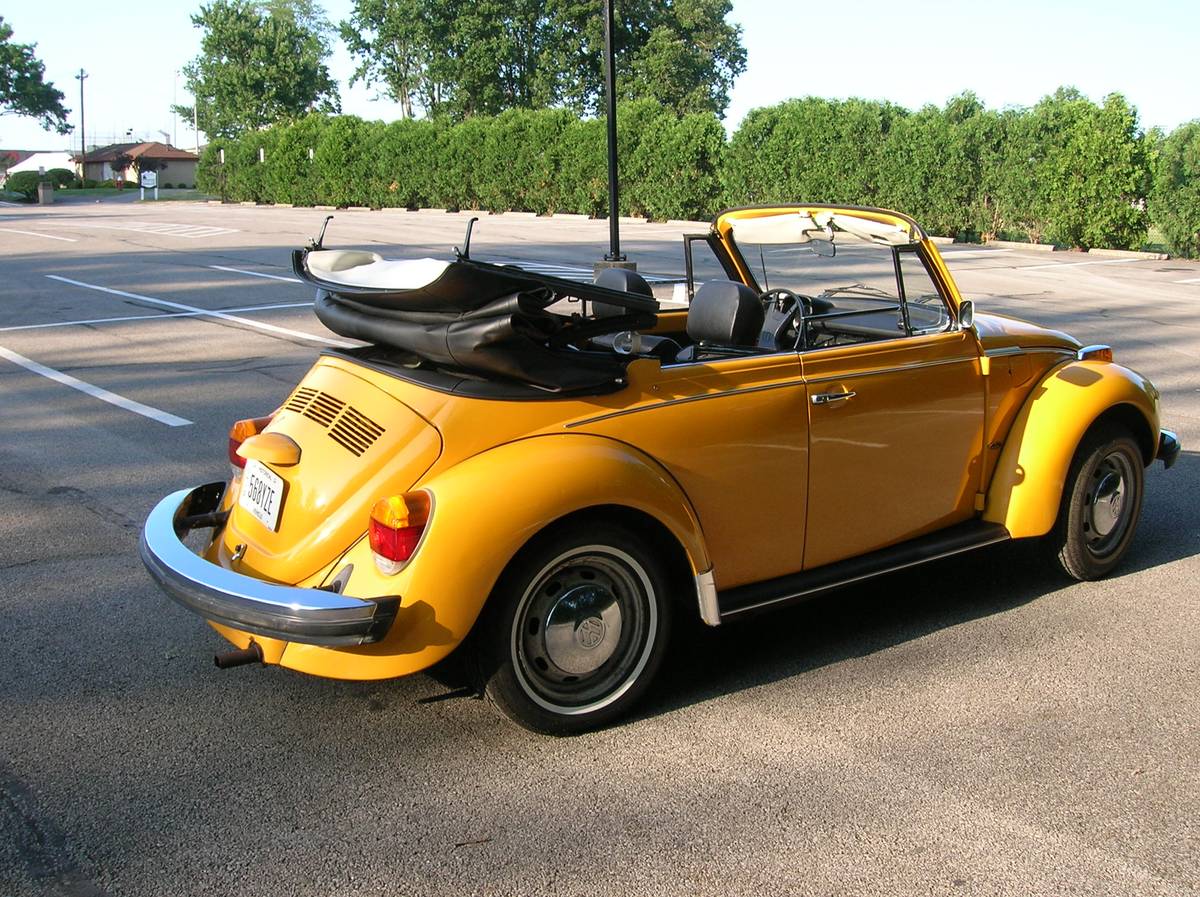 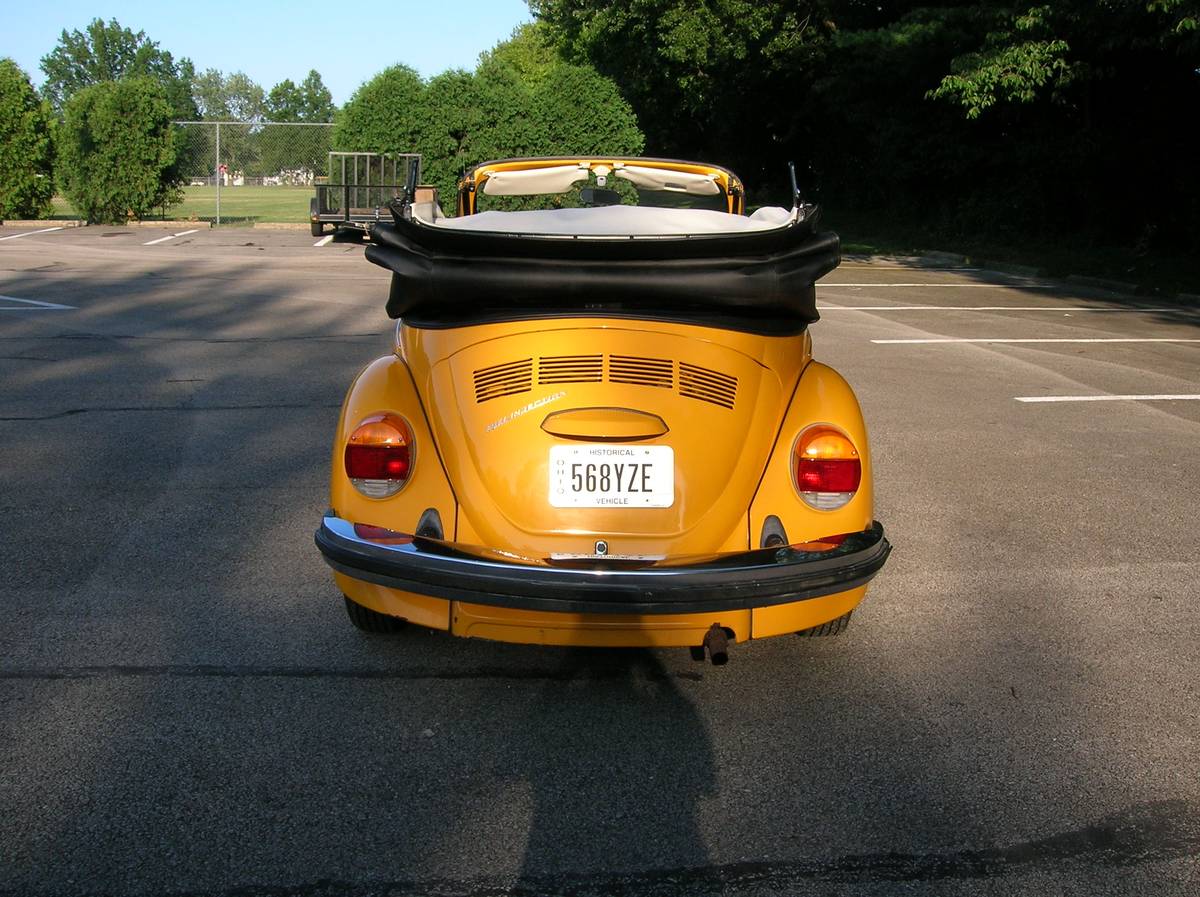 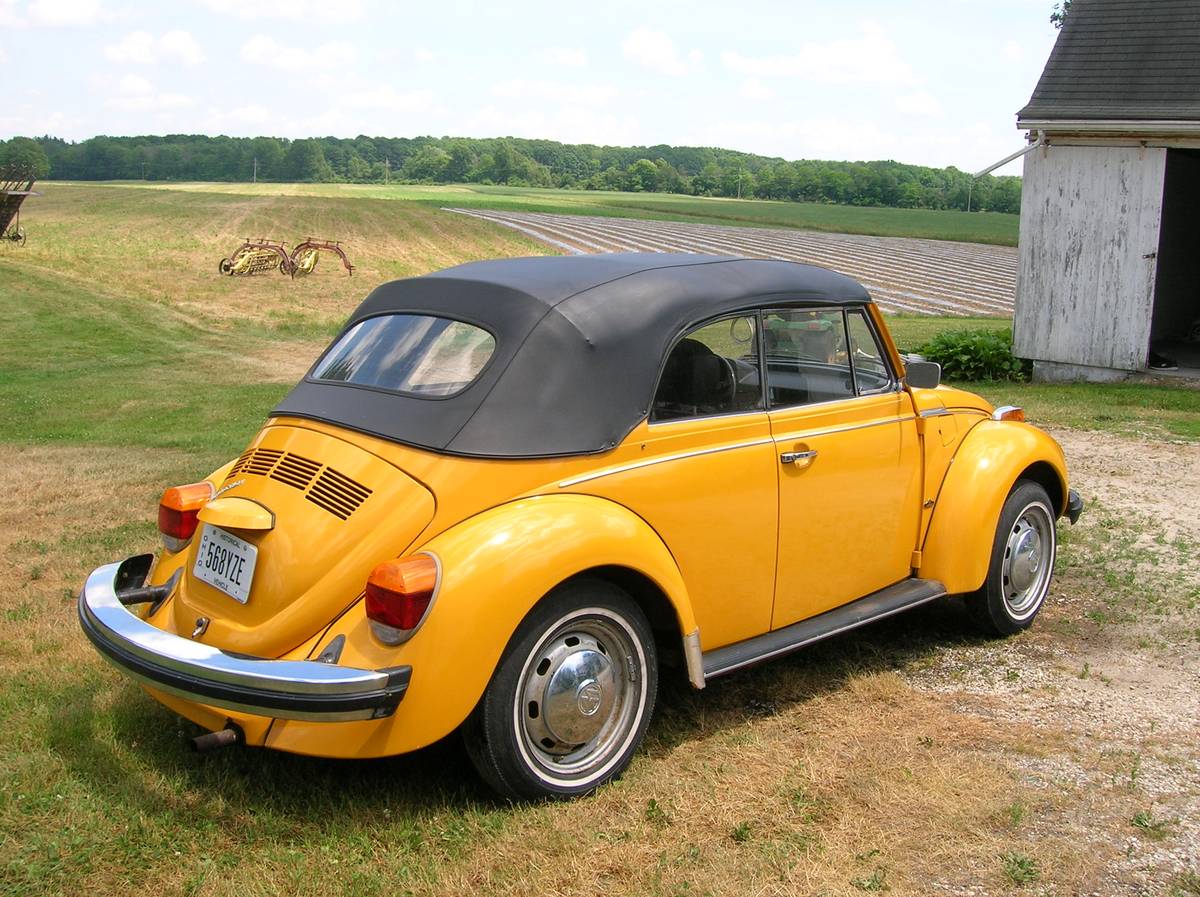 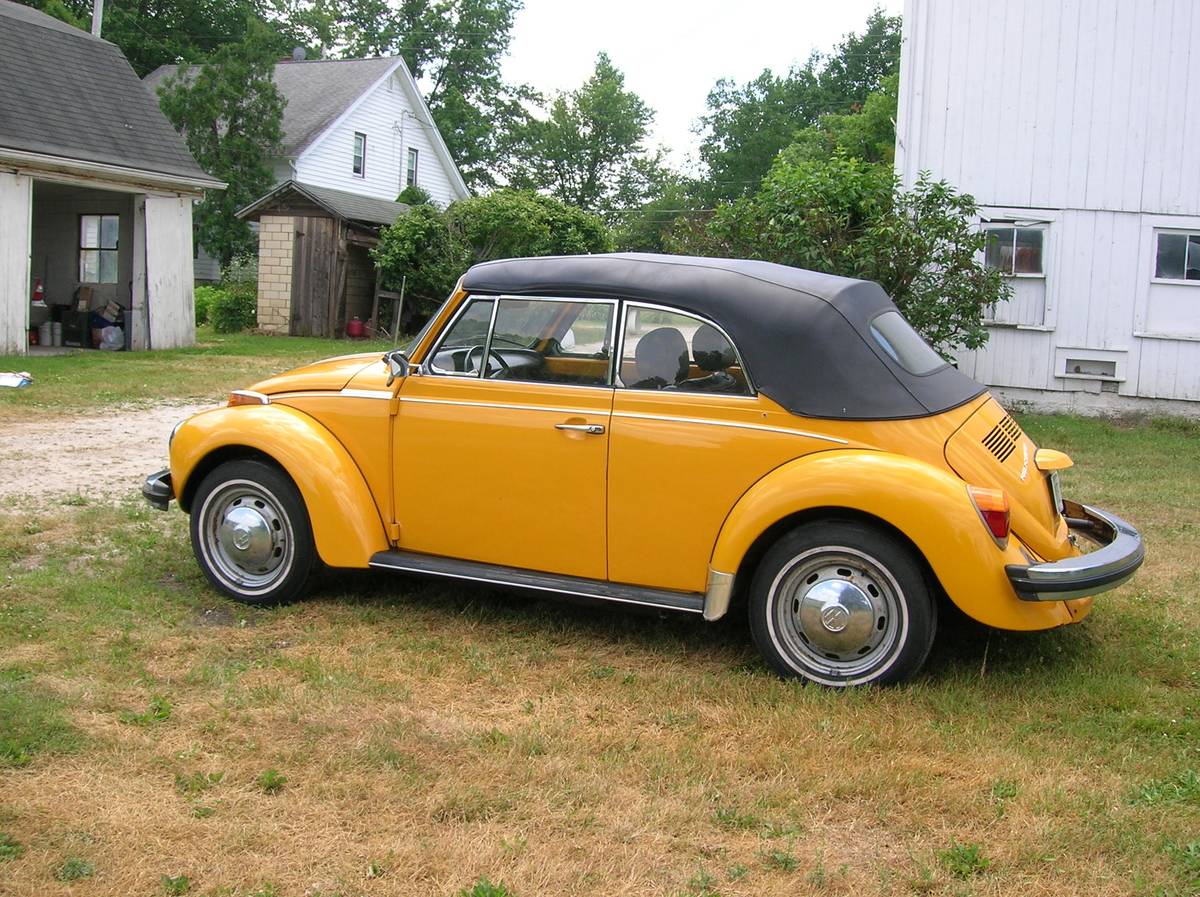 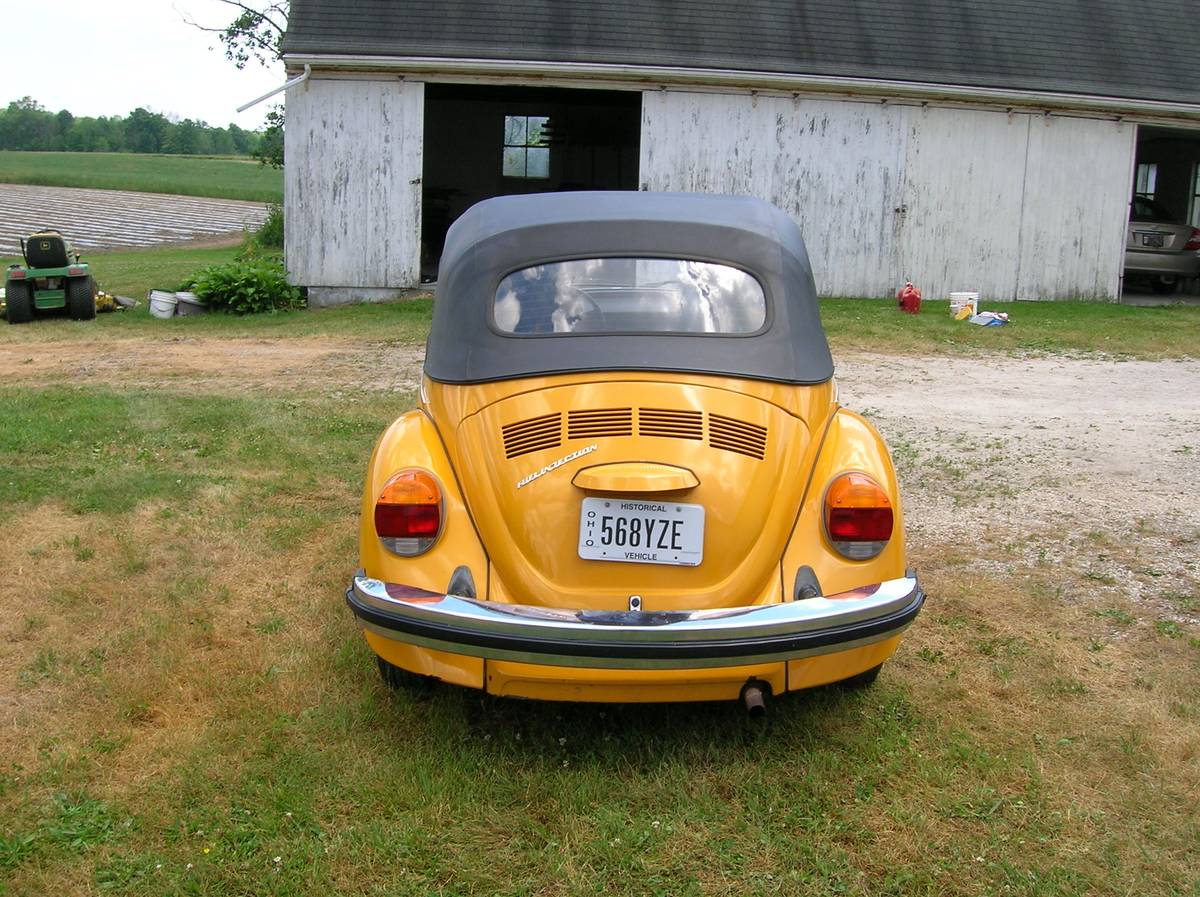 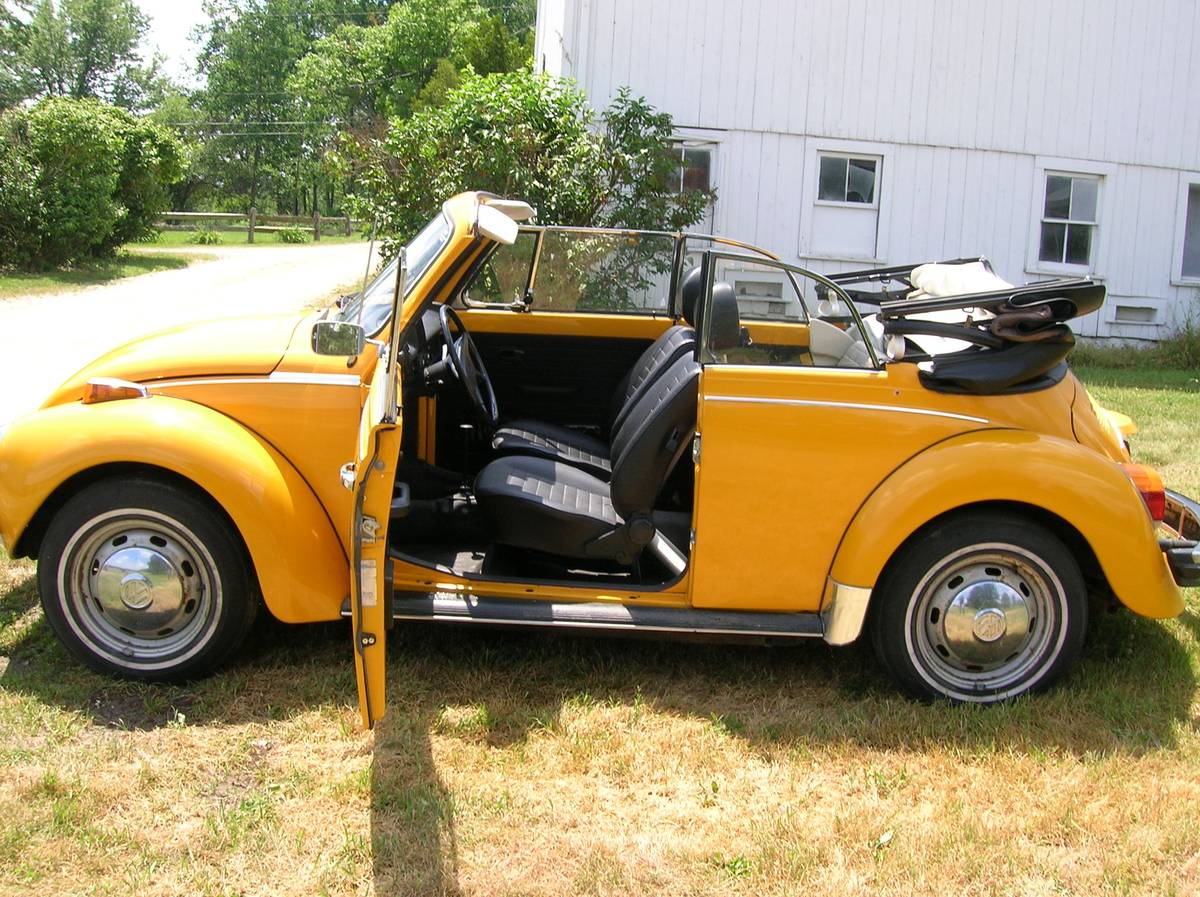 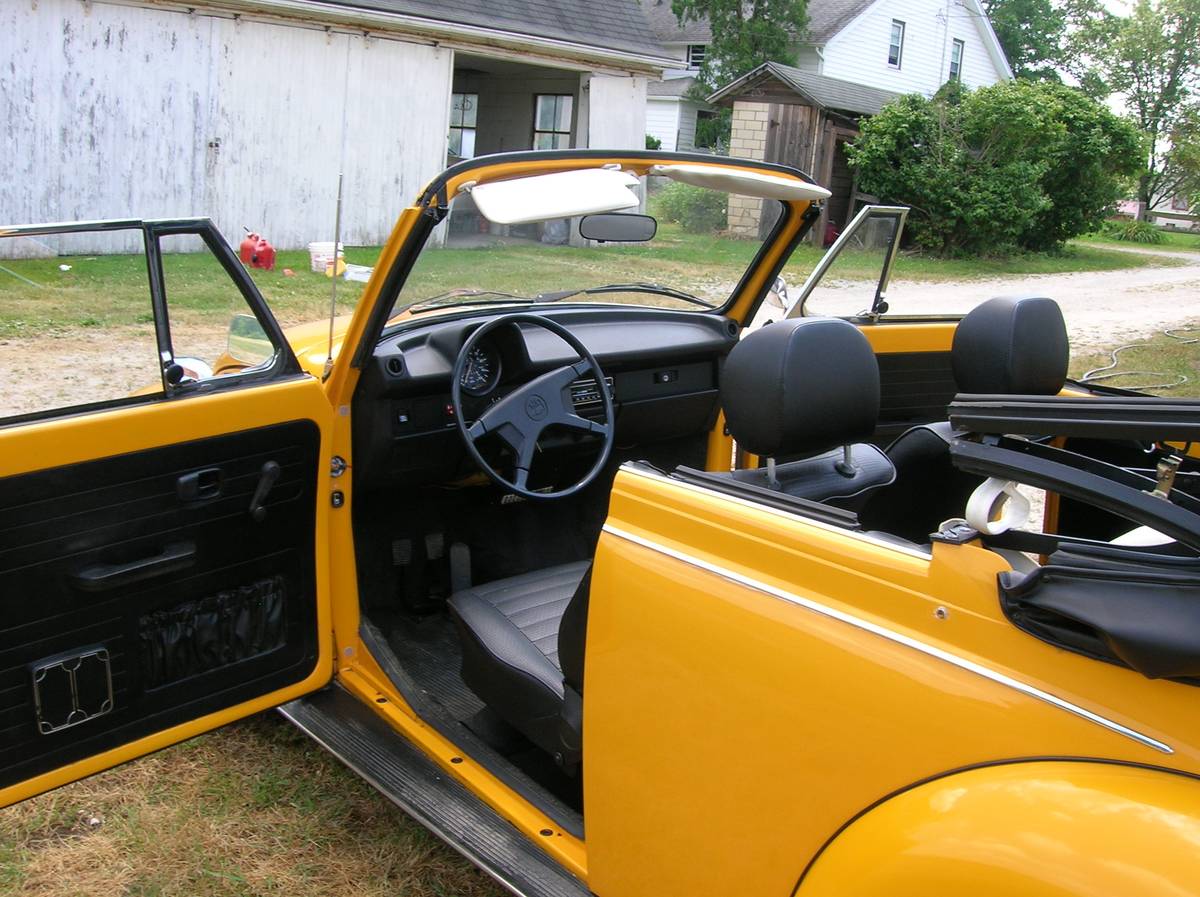 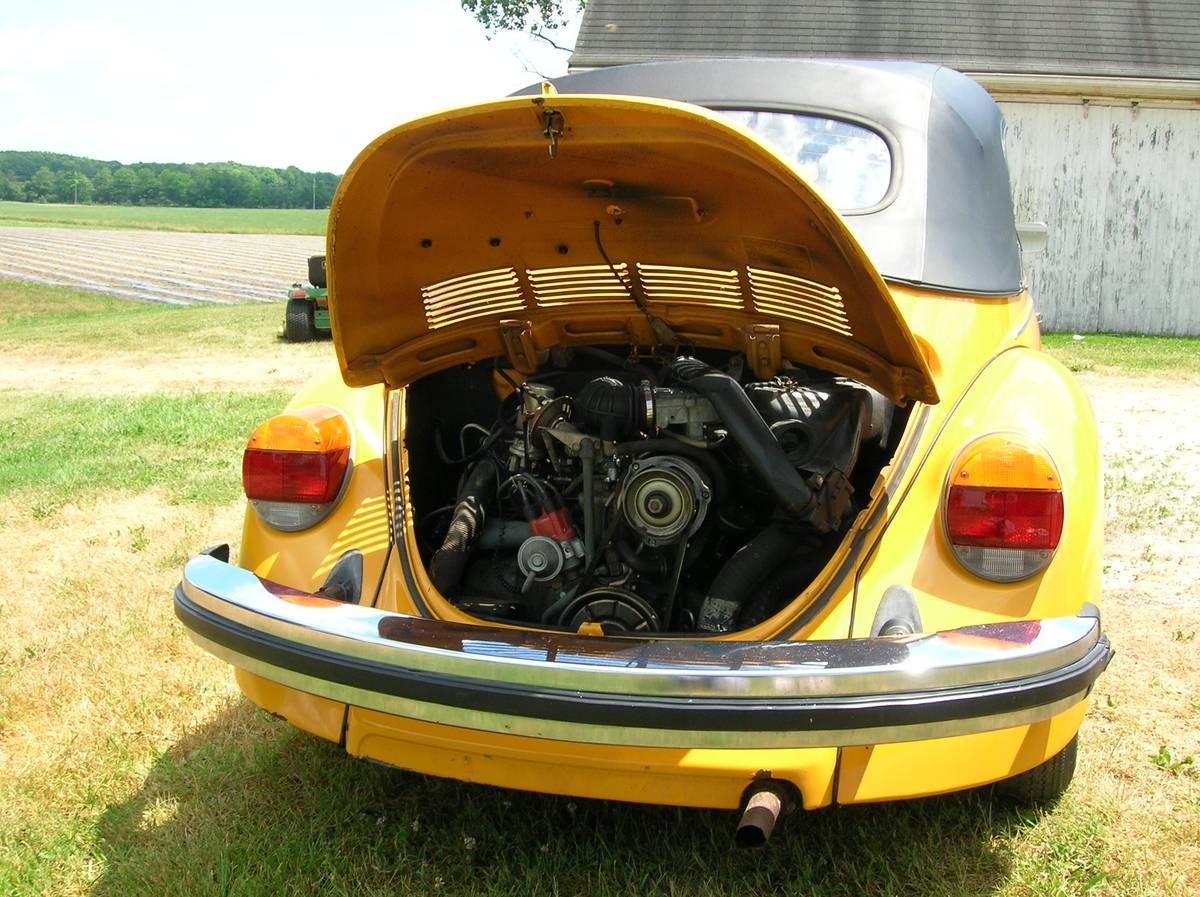 May 23, 2022 Update – Between the afternoon of Friday, May 20, and Monday, May 23, the son and daughter-in-law of the original owner reached out to us after seeing us feature their inherited ride.  Within a span of fewer than 72 hours, they agreed to have their car auction and then decided they did not want to wait fourteen days to see how it goes.  To each their own – we’re the first to admit online auctions are not for everyone.  We wish them nothing but the best and hope someone meets their firm $12,500 asking price. Self-inflicted mileage error aside,  this is a low-mileage, unmodified treasure that could easily become an AACA Junior/Senior preservation contender.

By 1978, Volkswagen was only importing its convertible version of the venerable Beetle to America. While we come across triple white Champagne Editions almost weekly, this yellow over black 19878 Volkswagen Beetle convertible originally listed in May 2022 on Craigslist in Cleveland, Ohio is a nice change of pace. The pictures of the car on a farm really draw you into the seller’s listing despite providing a very brief description.  The seller reports their Beetle features its original paint and parts.

Now offered for $12,500 firm (the original ask was $15,000), Classic.com, the analytics and search engine for the collector car market, confirms the ask is right in line with this guide’s one-year results summary:

As a second data point, the  Collector Car Market Review Online Tool reveals the seller’s ask falls between this guide’s #2 Very Good” estimate of $10,900 and its #1 “Excellent” appraisal of $17,000.

By the mid-1970s, increasing safety and emissions regulations were beginning to take their toll on the air-cooled Type I designed during the 1930s. For 1975, the 1600 cc engine in Japanese and North American markets received Bosch L-Jetronic fuel injection, rather than the D-Jetronic system formerly used in the VW Type 3 and Type 4. The injected engine received a new muffler and in California a catalytic converter. This necessitated a bulge in the rear apron under the rear bumper and replaced the distinctive twin “pea shooter” tailpipes with a single offset pipe, making injected models identifiable at a glance. Five Mile Per Hour bumper-equipped North American models retained fender-top front indicators and “Fuel Injection” badge replaced the classic “Volkswagen” script on the engine lid of all North American Beetles.

By 1978, the Super Beetle convertible was the only Beetle model available in North America and 1,100 of these were a new Champagne 2nd Edition, available in blue or red metallic paint with a white leatherette interior. Features included the 4.5 in (110 mm) wide-styled steel sport wheels, AM/FM radio, analog quartz clock, padded deluxe steering wheel, and rosewood-grain instrument panel trim.

The SamSpace81 YouTube Channel provides a nice overview of what it’s like to start and drive a 1978 Volkswagen Beetle Convertible:

Based on the pictures provided, this appears to be a well-preserved 1978 Volkswagen Beetle convertible that isn’t one of the triple white Champagne Editions we come across very often.

Show or go: What would you do with this 1978 Volkswagen Beetle Convertible?  Please comment below and let us know!