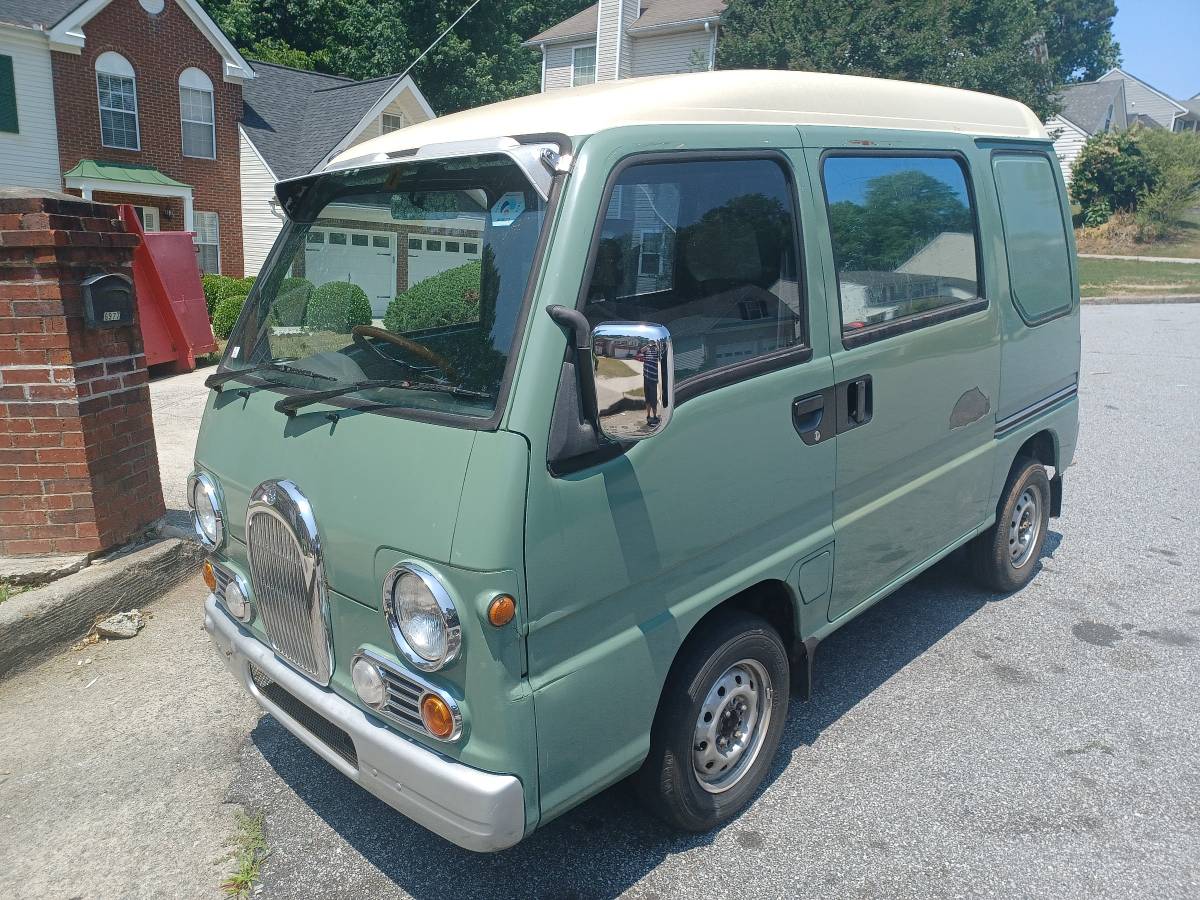 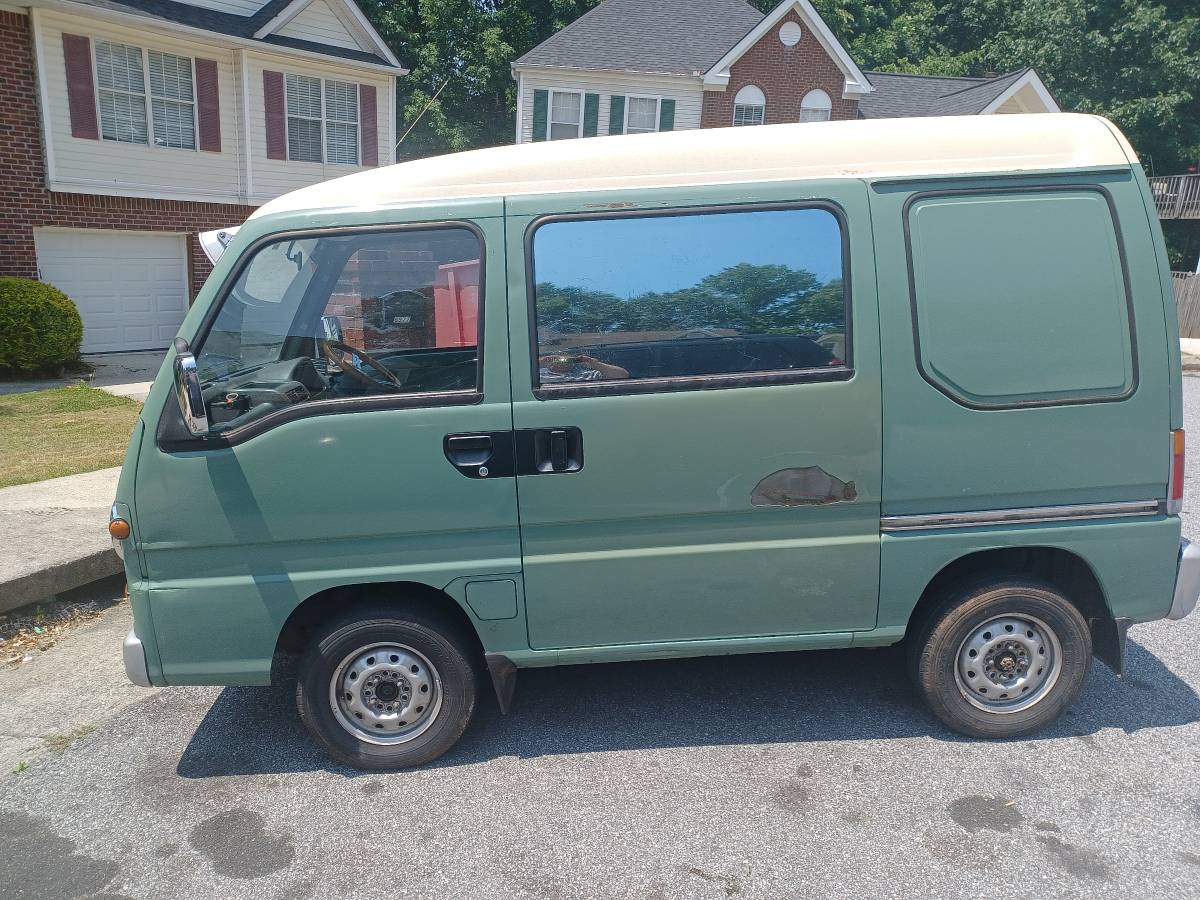 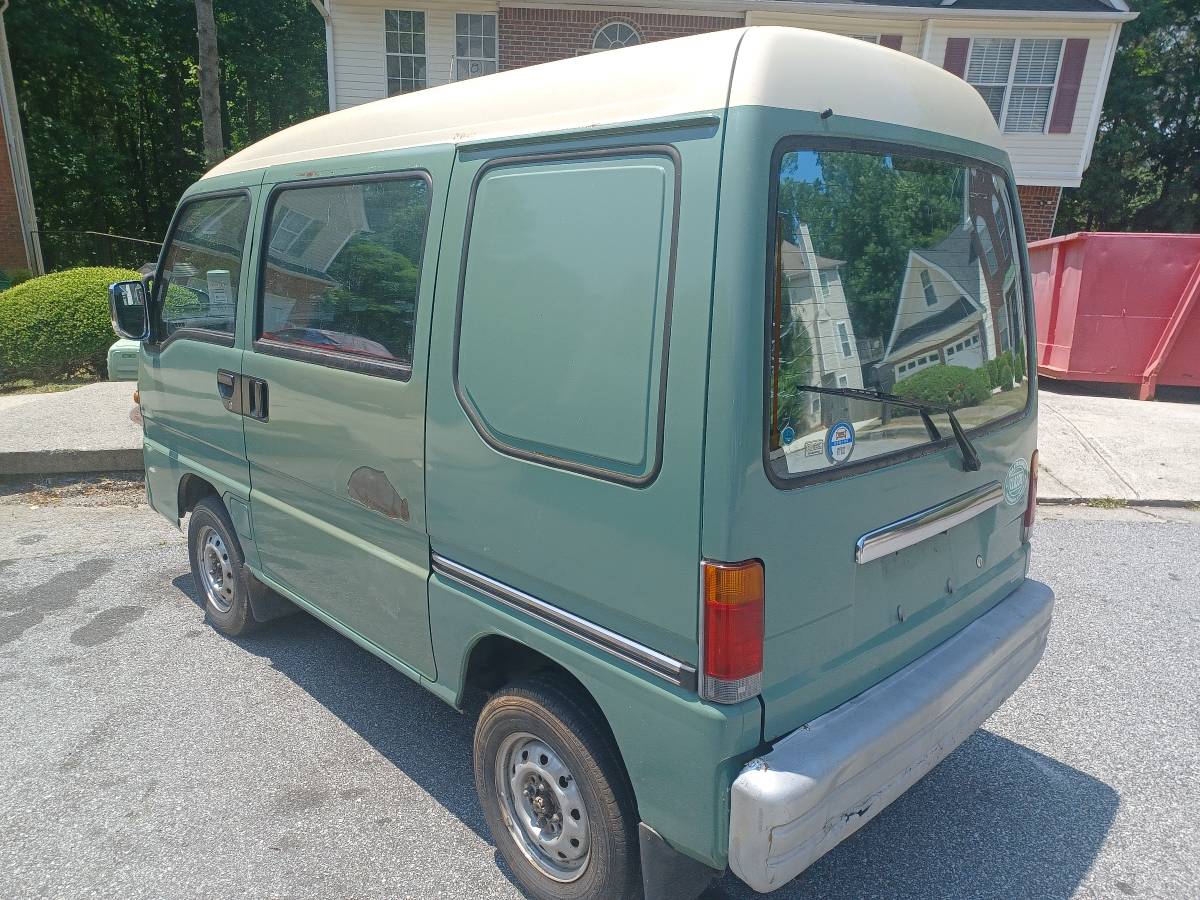 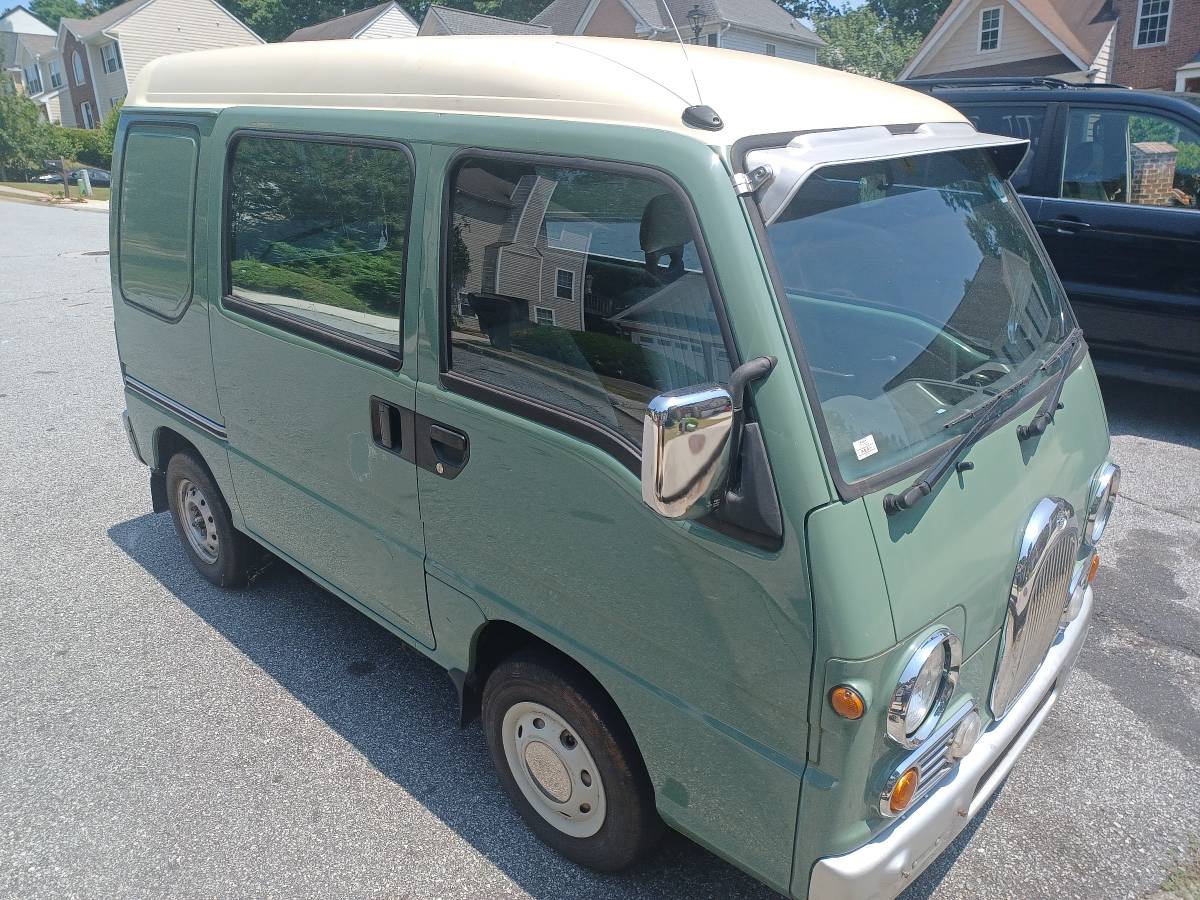 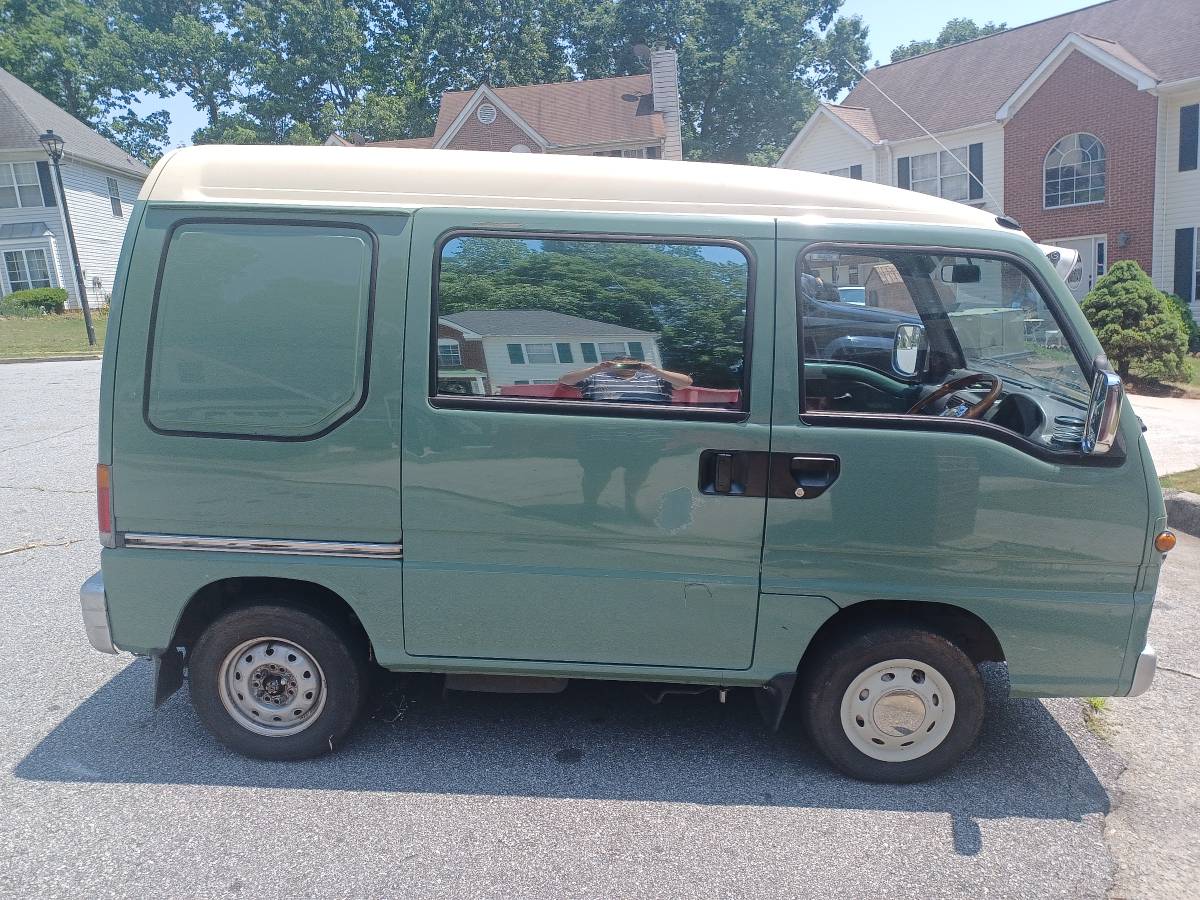 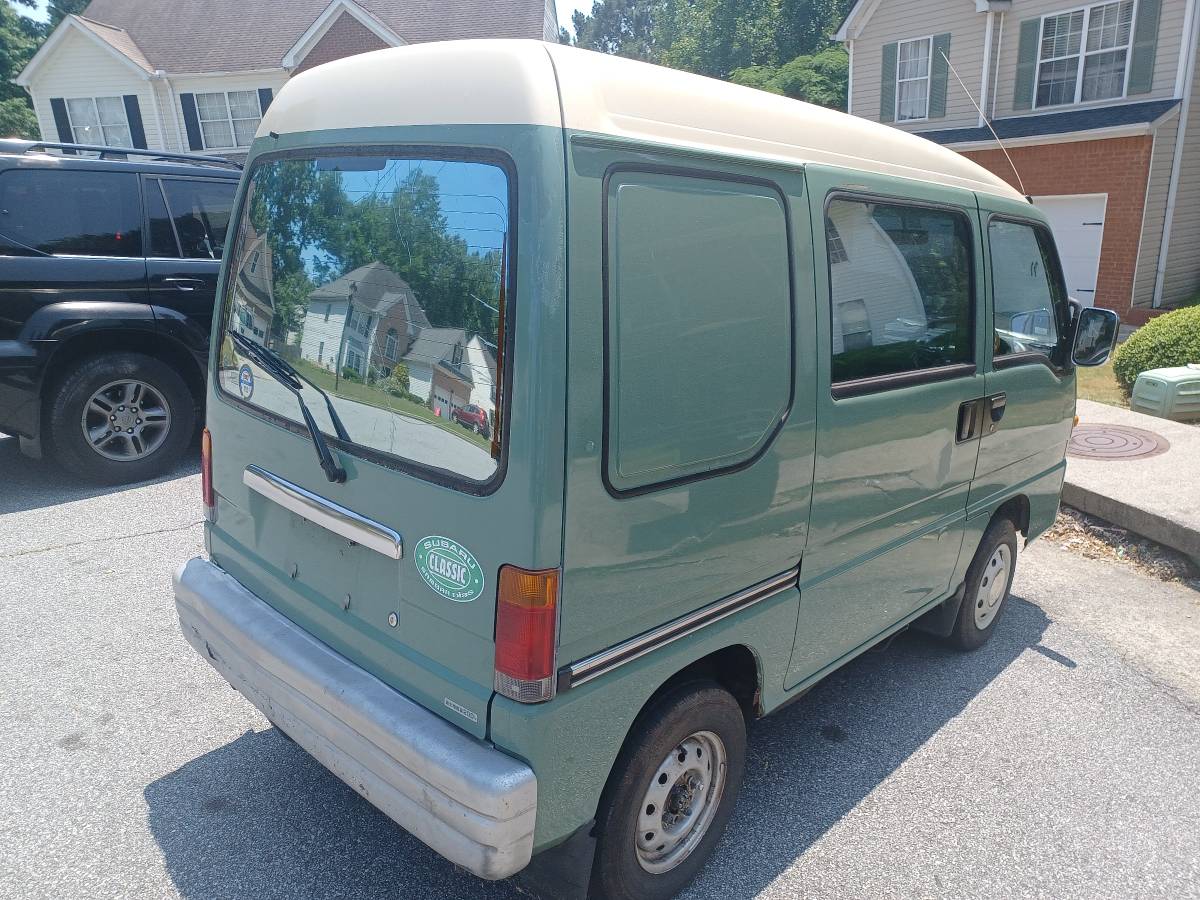 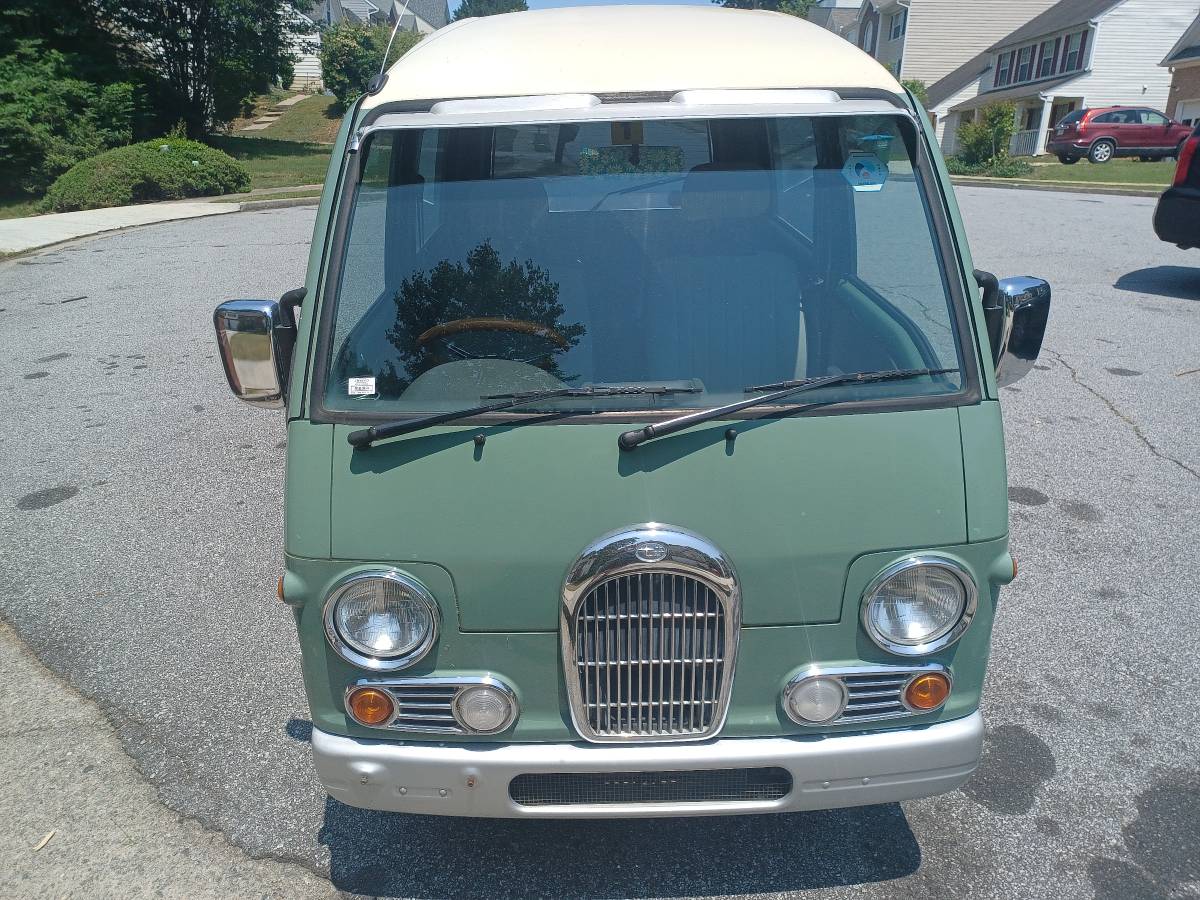 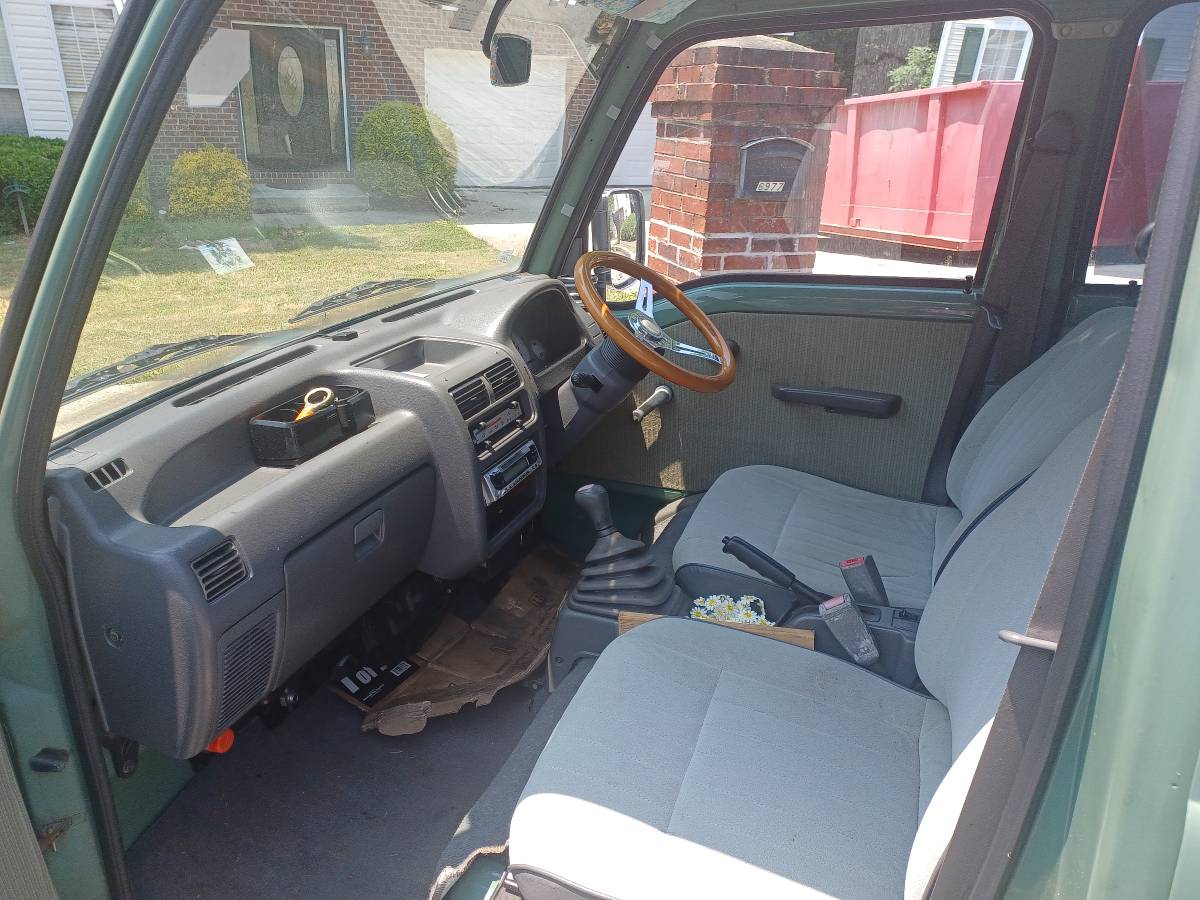 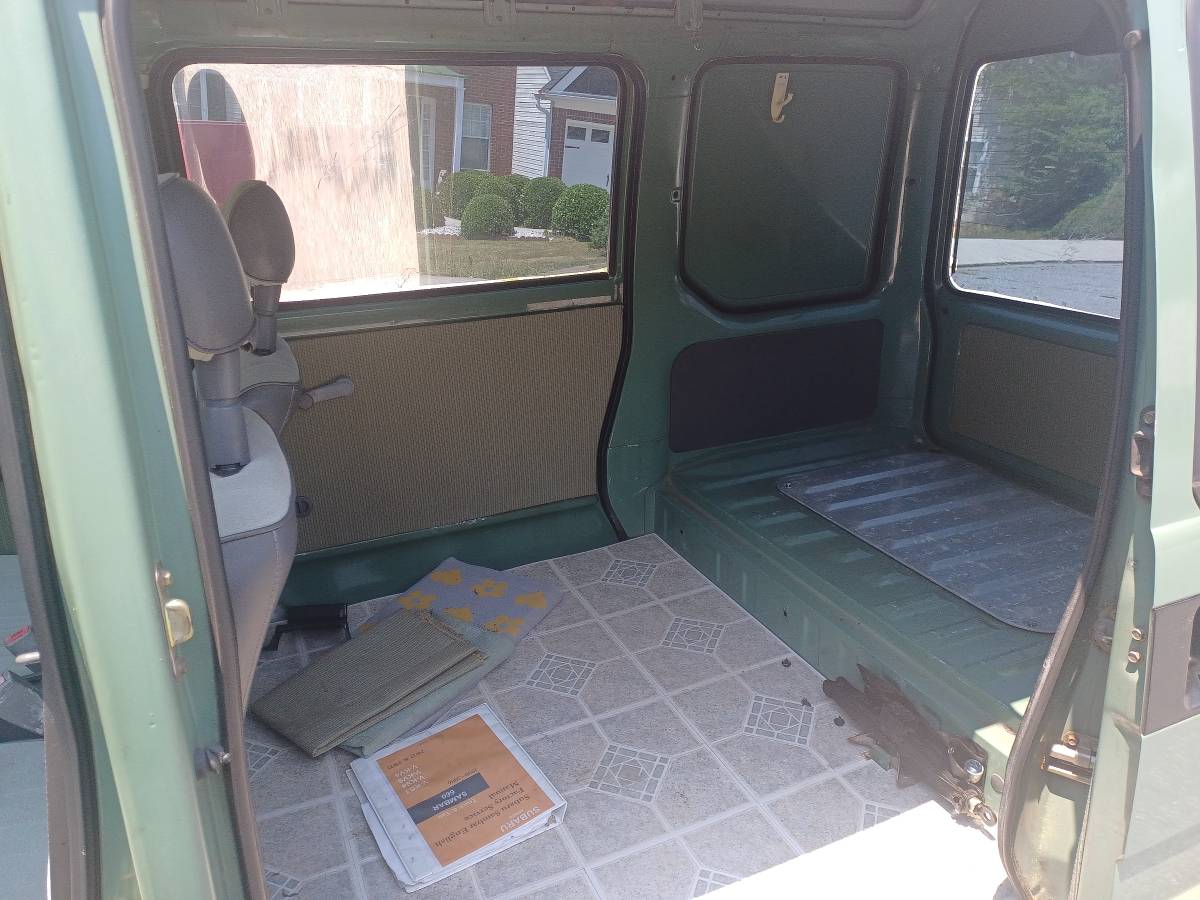 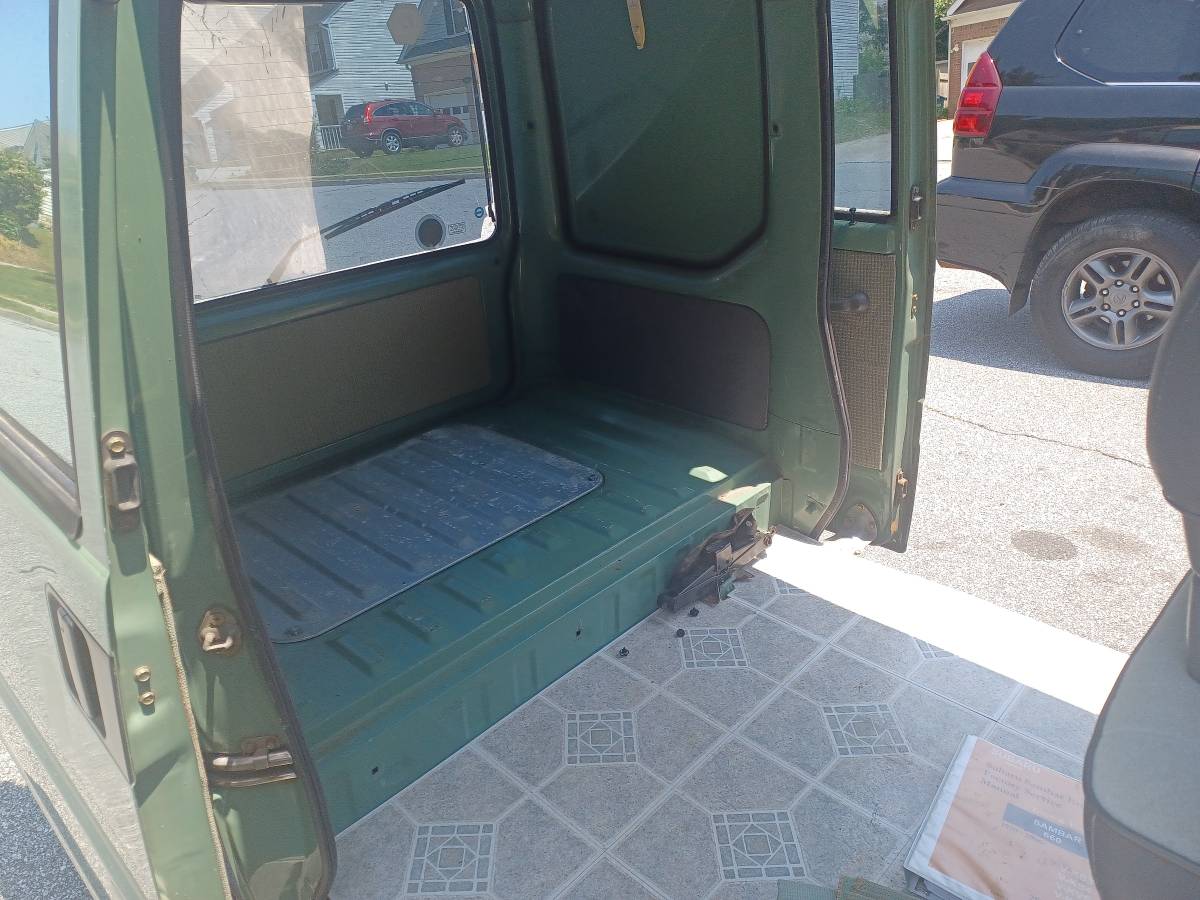 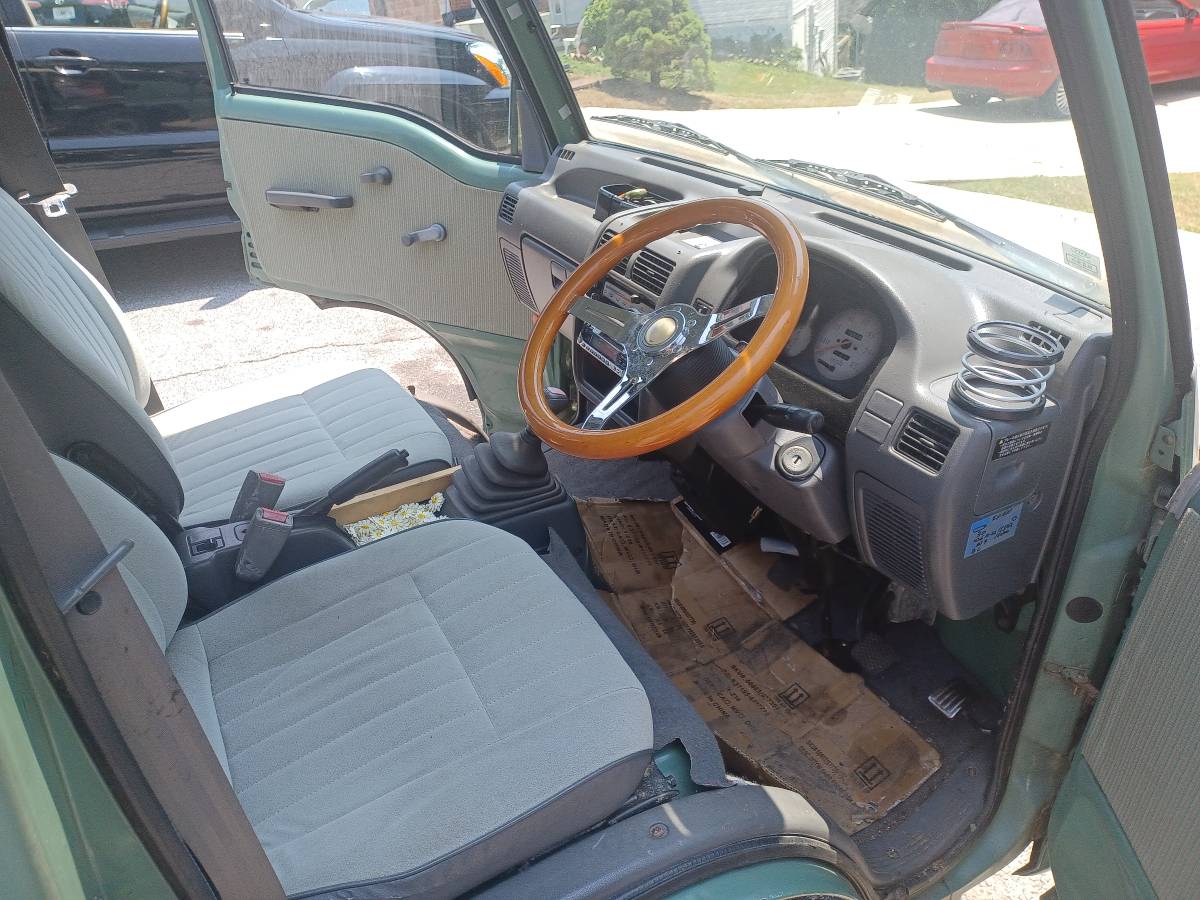 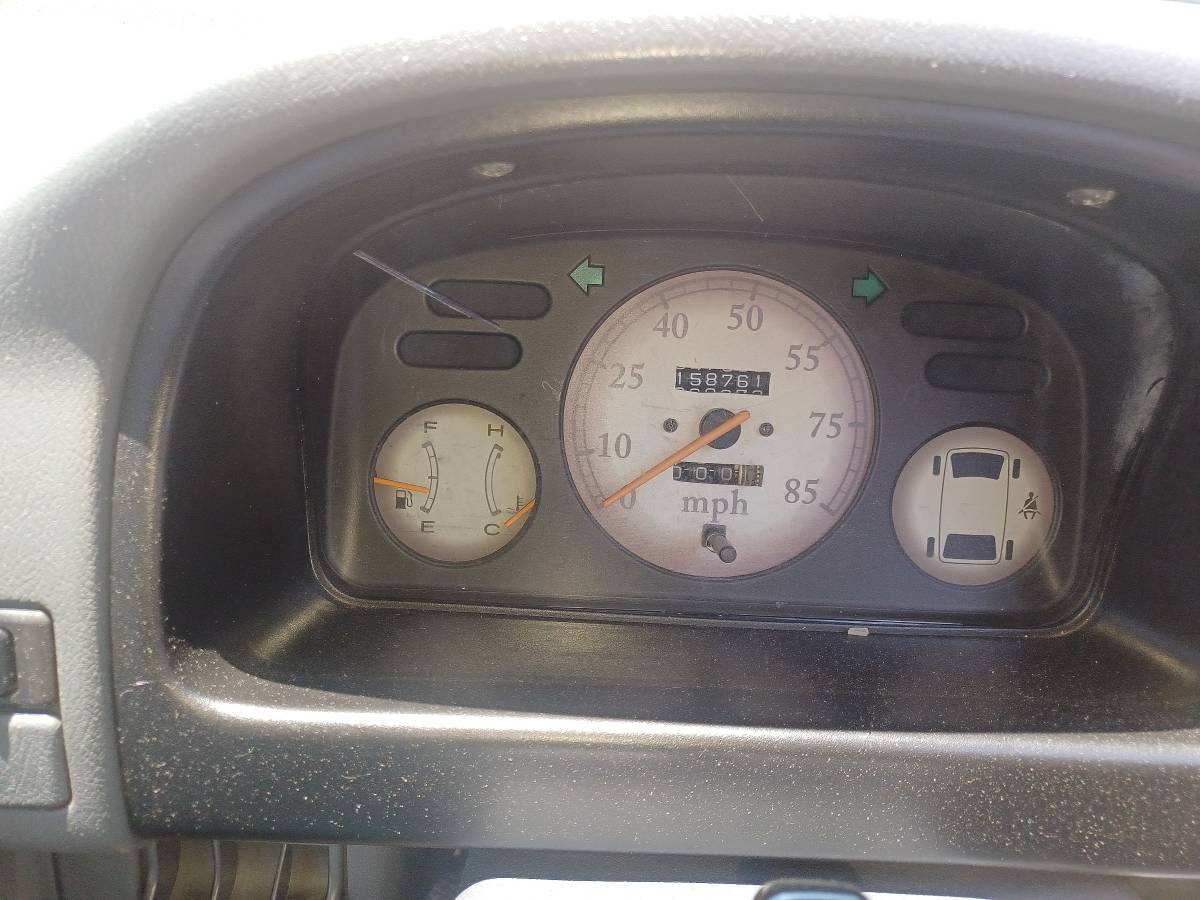 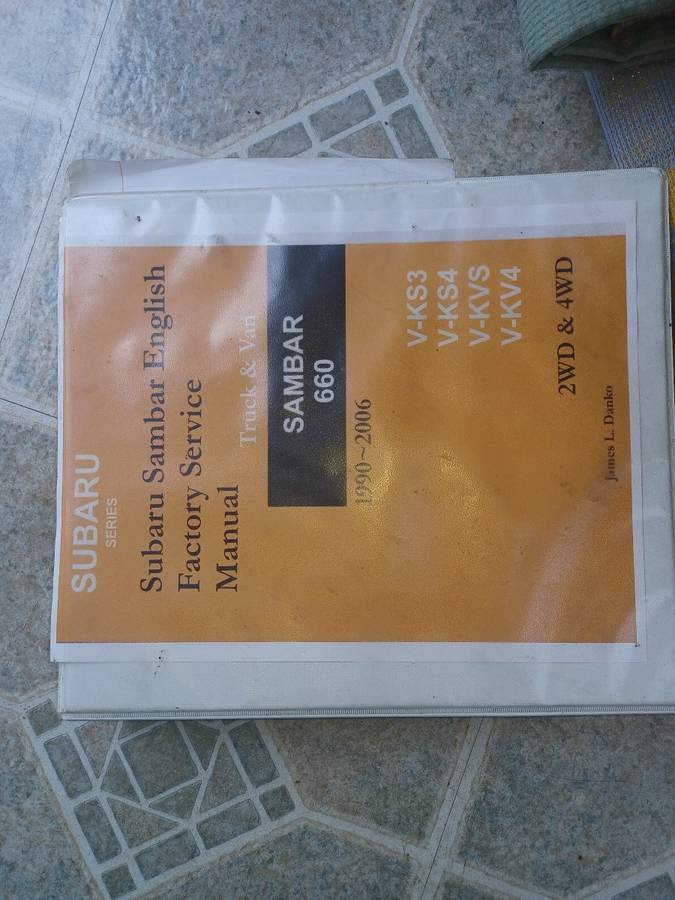 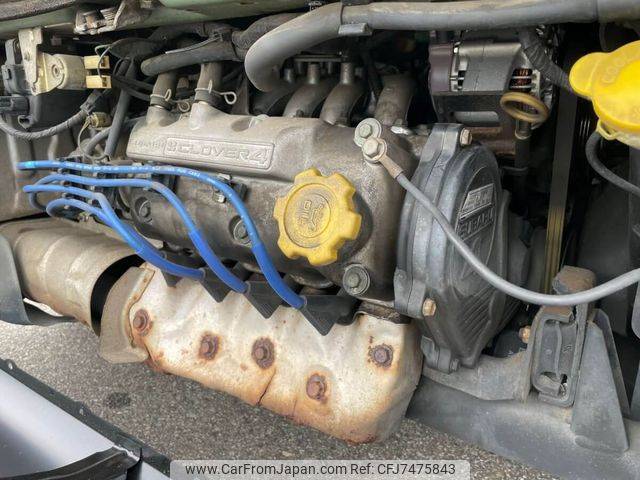 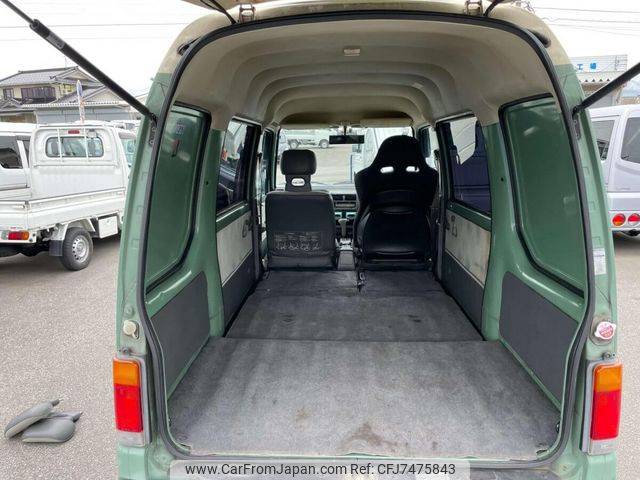 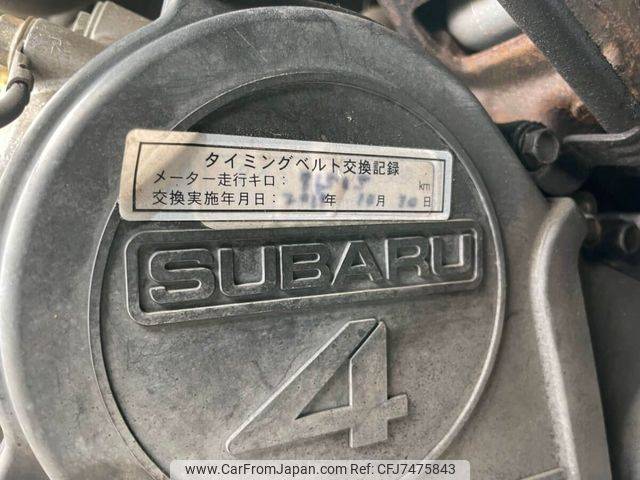 The U.S. Federal Government’s 25-year exemption rule facilitates the ample supply of RAD Era (1980-1999) Japanese market only, right-hand drive vehicles. Our latest example is this 1996 Subaru Samba 660 cabover van originally listed in May 2022 on Craigslist in Norcross, Georgia (Atlanta).  This past weekend, at the RADWood Philly event we attended, Subaru was on hand with a full display of their Rad Era offerings, one of which included a flatbed truck version of the Samba. Consequently, we found it ironic to come across a van version for sale just a few days later.

As is often the case with Japanese Domestic Market (“JDM”) sourced rides, we do not have access to syndicated pricing. Even Bring a Trailer does not appear to have offered one of these Kei-class vehicles as of this writing.

The Subaru Sambar is a cabover truck and microvan manufactured and marketed by Subaru as Japan’s first truck compliant with the country’s strict Keitora (軽トラ) or Kei vehicle tax class. Introduced in 1961 in microvan and Kei pickup configurations, the Sambar remains in production, now in its eighth generation — beginning with the sixth generation as a rebadged Daihatsu Hijet.

With the Sambar, Subaru borrowed from the Type 2 (1951-1967) van — using a marketing name very similar to the Volkswagen’s upper trim level, the Samba, and using a similar rear-drive, rear air-cooled engine, passenger-cab-over-front-axle (cabover), configuration. The Samba was the first Kei truck using a cabover design — and was the last Kei-compliant vehicle using a rear-engine, rear-drive layout.

Subaru launched the fifth generation Sambar in 1990. Engine regulations for displacement size were increased and the Sambar’s engine was upgraded to 660 cc.

The tradition of using the engine in Subaru’s Kei car offering was continued, with the Subaru Vivio sharing its EN07 engine with this version of the Sambar. The engine now had four cylinders and 40 PS (29 kW) in the carburetted standard model; 55 PS (40 kW) was on tap in the optional supercharged model, coupled with fuel injection. An automatic transmission was offered in the form of Subaru’s ECVT system in tandem with full-time 4WD and a viscous coupling differential.

1994 saw a full model change for the Domingo, using the new Samba design coupled to the Subaru Justy’s EF12 SOHC three-cylinder engine displacing 1200 cc. A maximum seating capacity of seven was possible. October 1995 saw the elimination of the ECVT transmission due to drivability issues and a 3-speed automatic was made available instead. A new option for naturally aspirated versions was the EMPi engine, producing 46 PS (34 kW).

The banzairx7 YouTube Channel provides a nice glimpse of what it’s like to drive a tiny right-hand-drive Subaru Samba on American roads at highway speeds:

The most glaring defect on this 1996 Subaru Samba 660 is the driver’s side rear sliding door. Specifically, the door reveals badly mismatched paint with a body bent steel exposed by a large swatch of missing body filler that attempted to hide prior damage.

Show or go: What would you do with this 1996 Subaru Samba 660?  Please comment below and let us know!