by Guys with Rides | May 2022 | All Other Rides, Classifinds, Truckin Tuesday 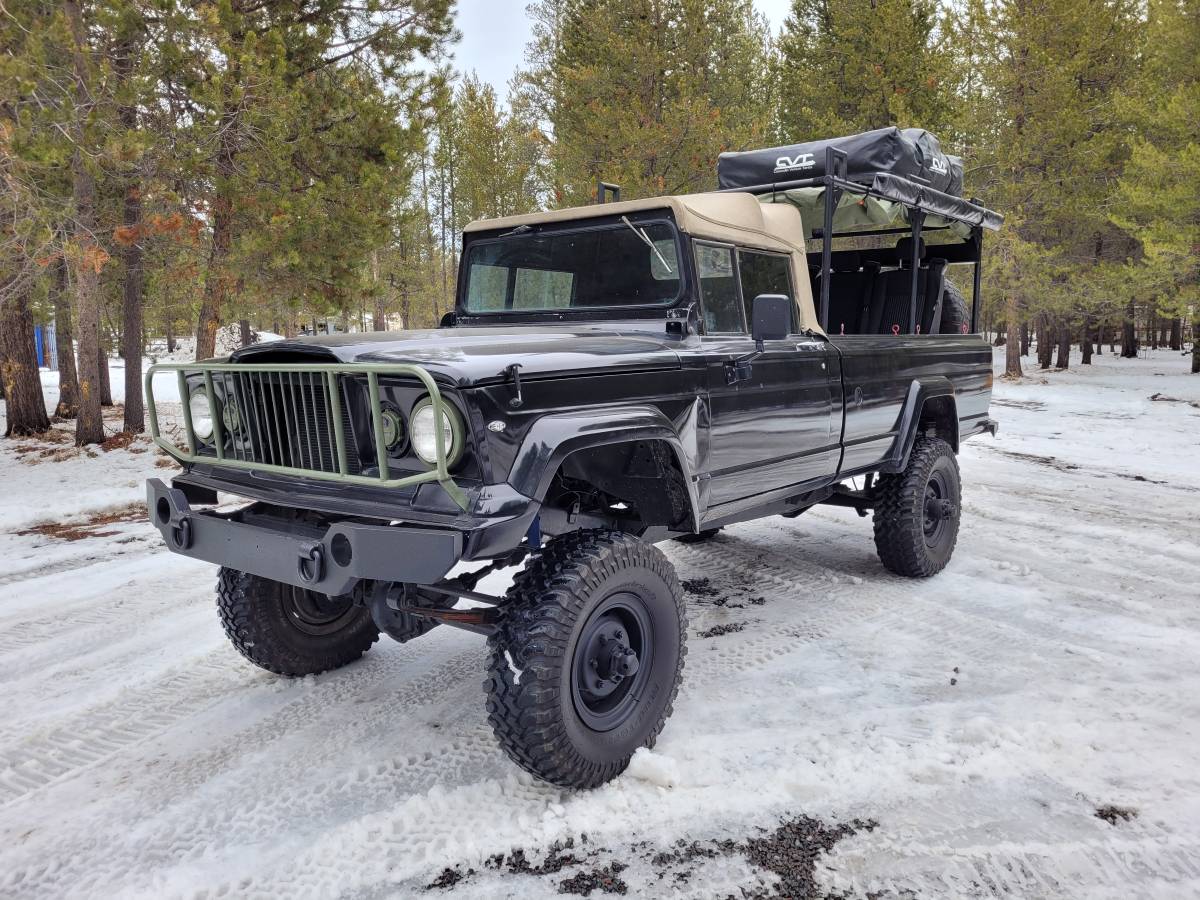 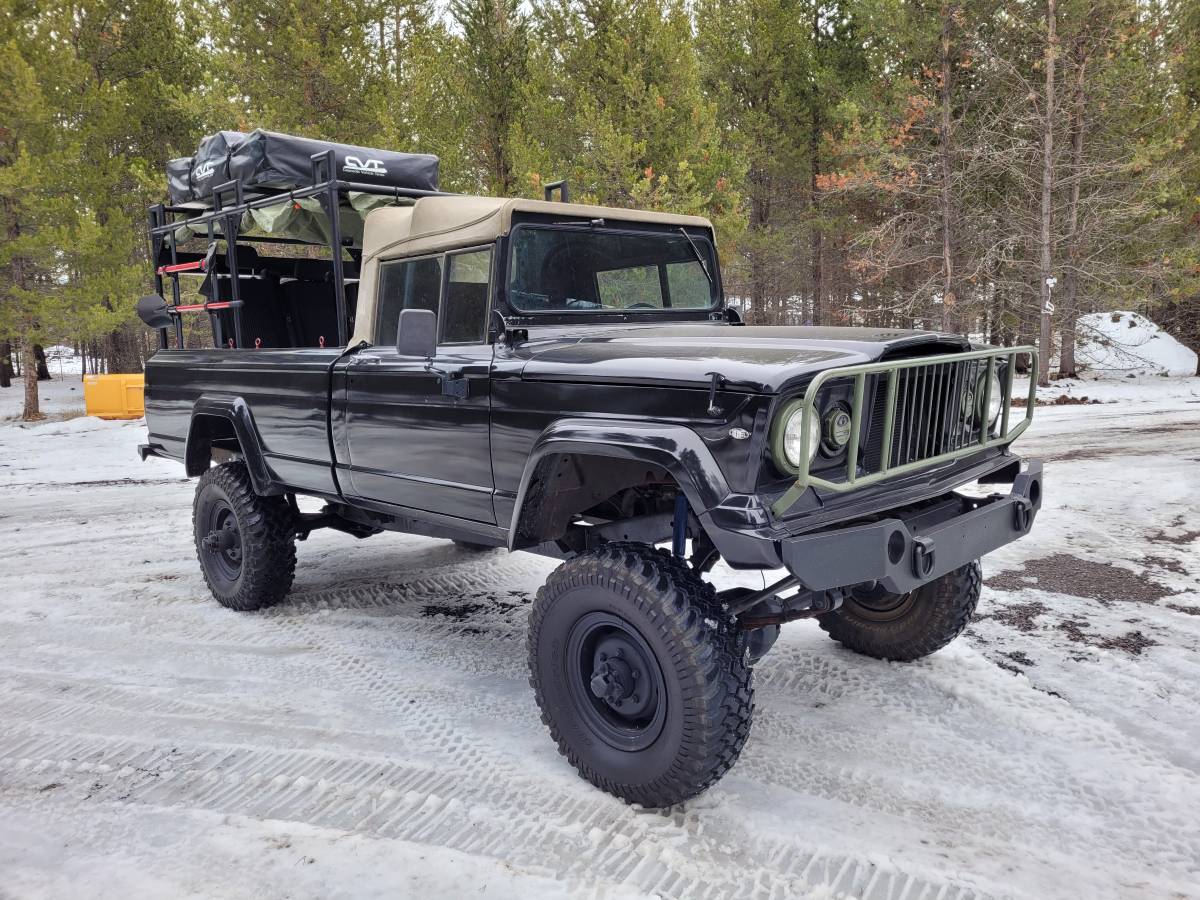 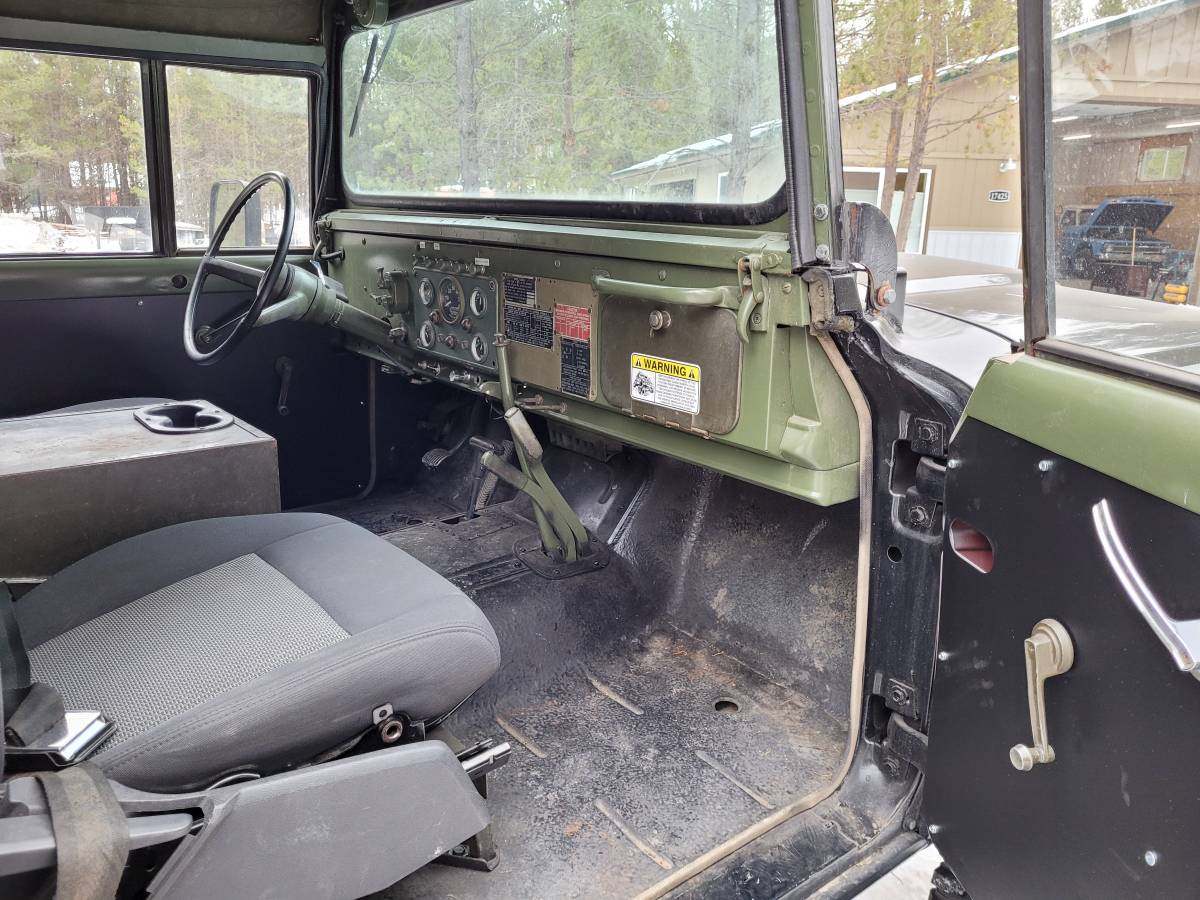 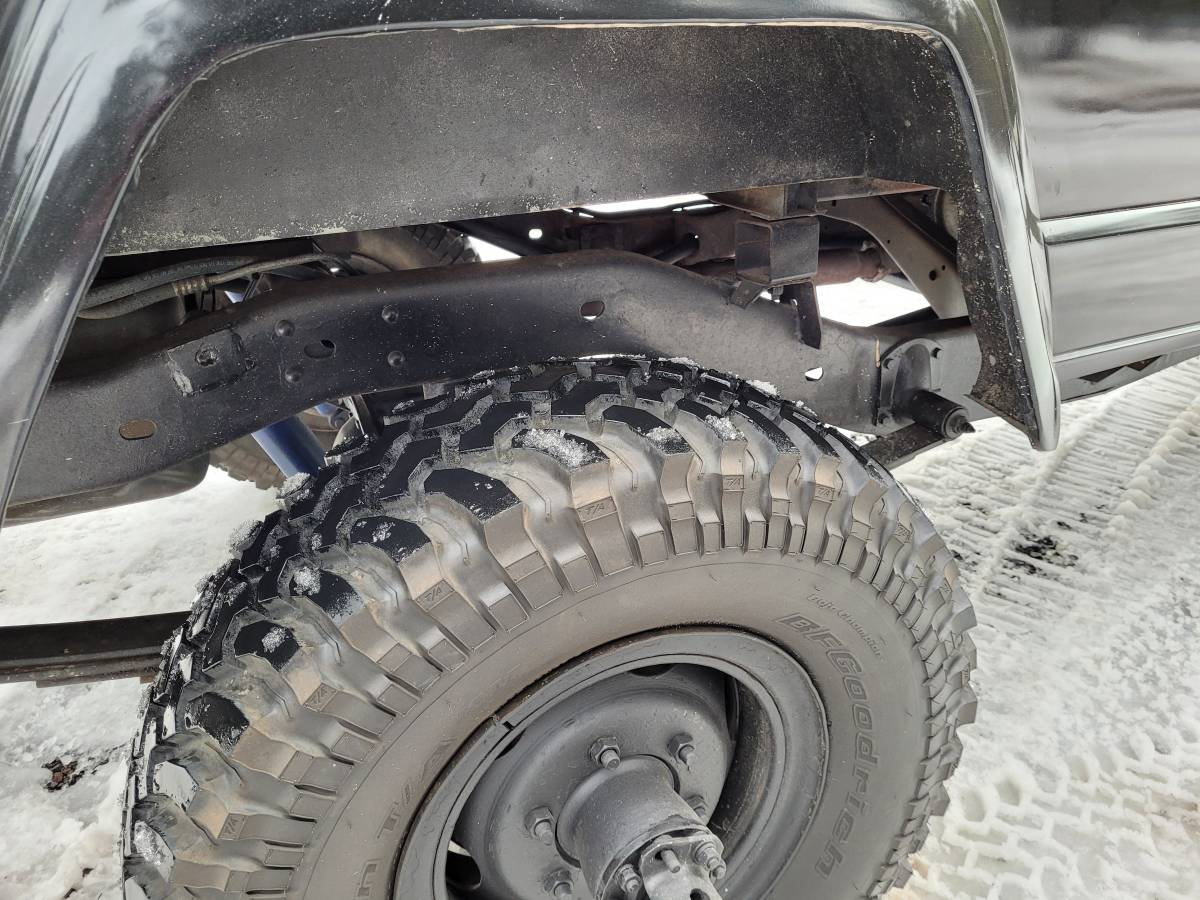 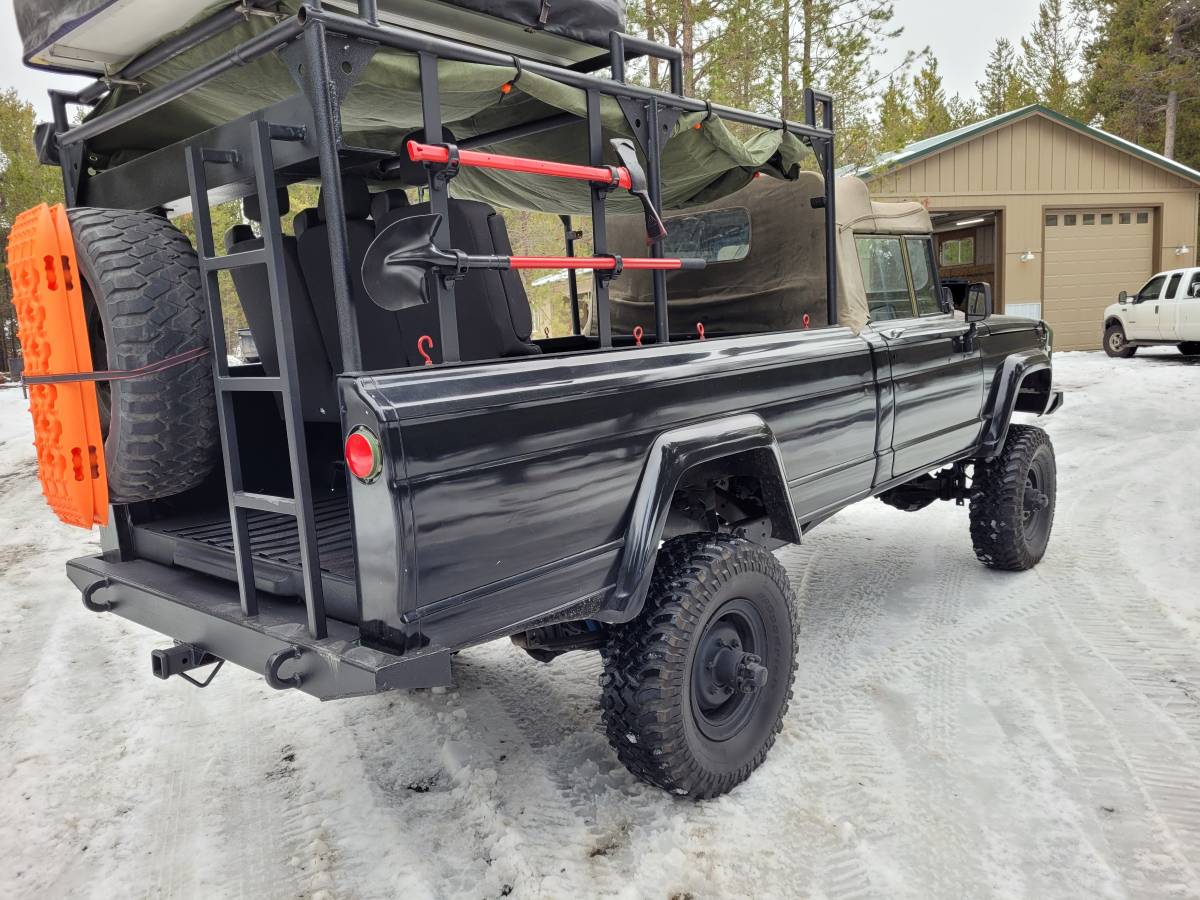 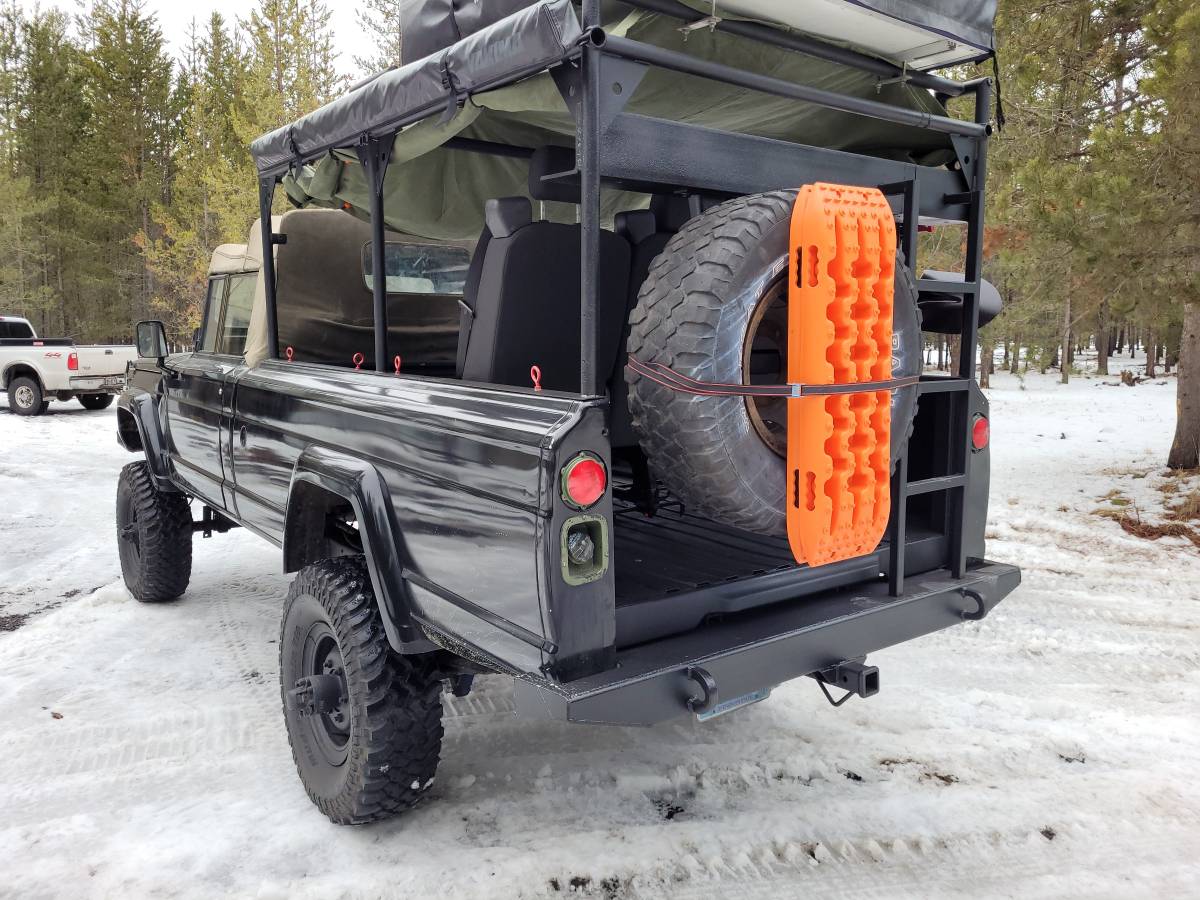 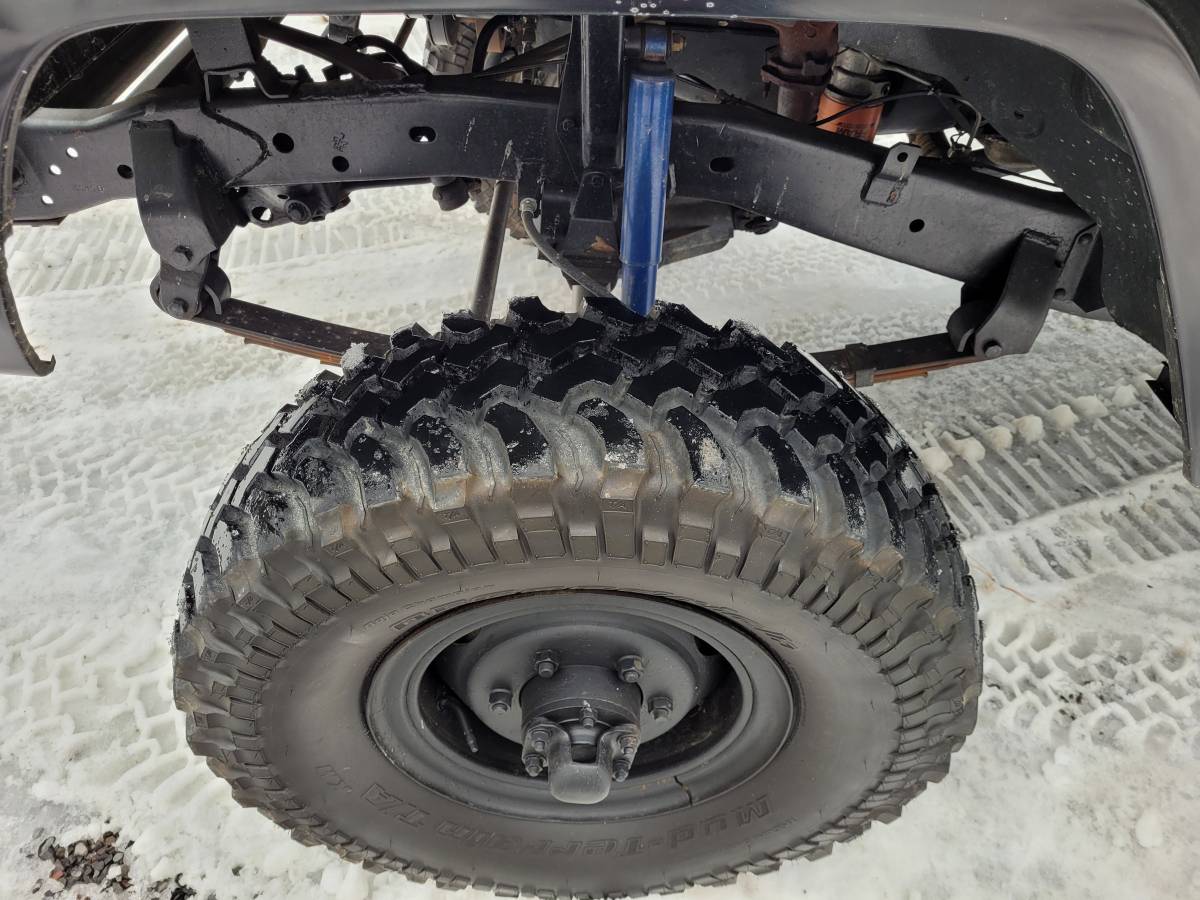 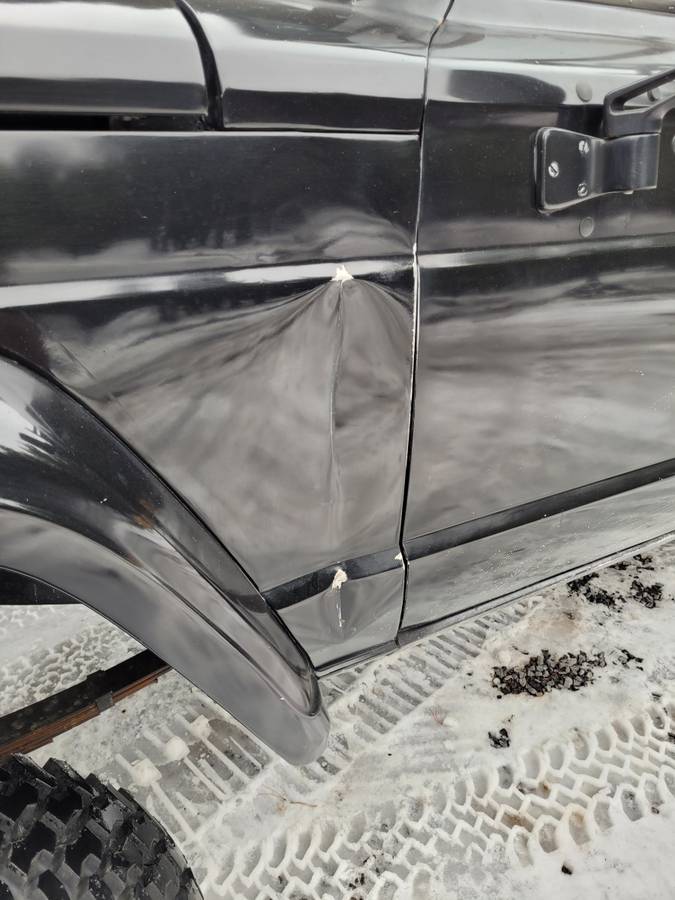 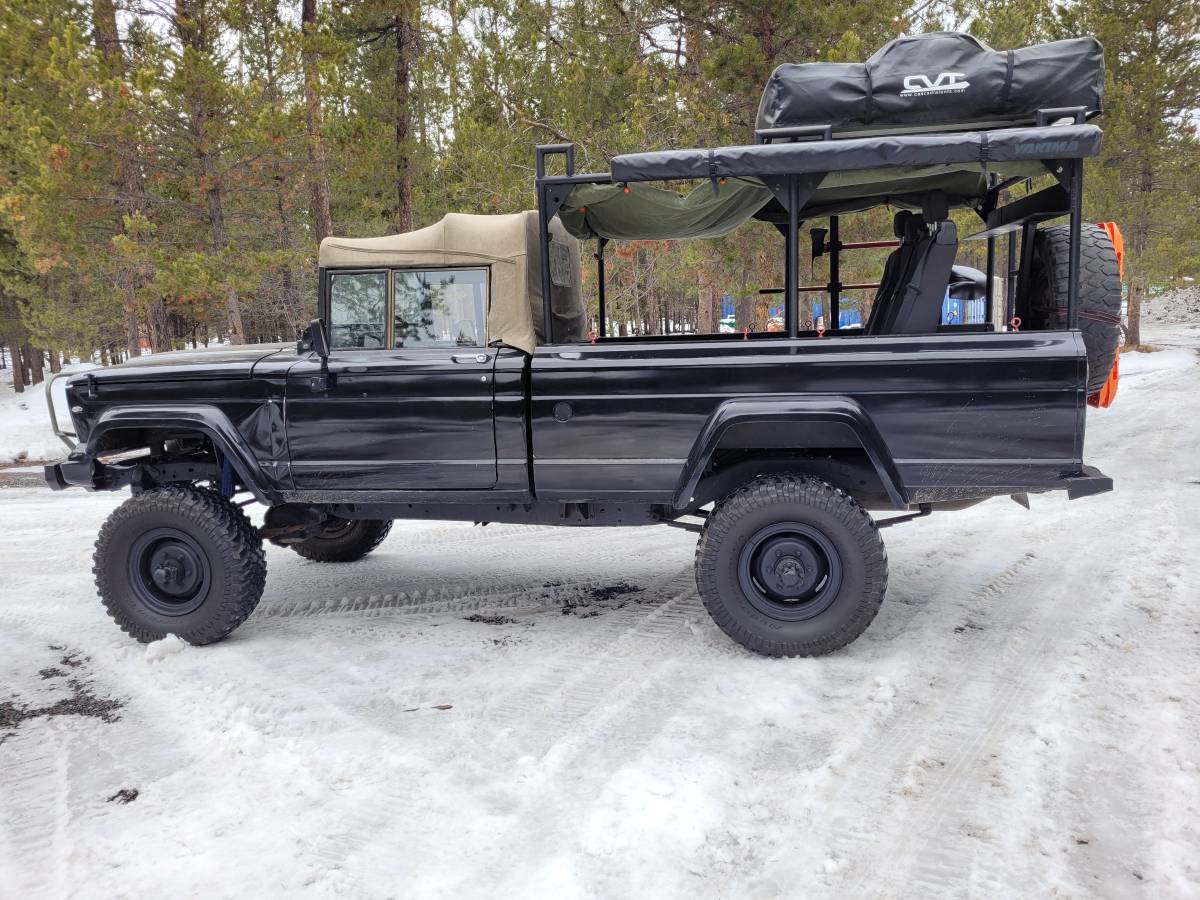 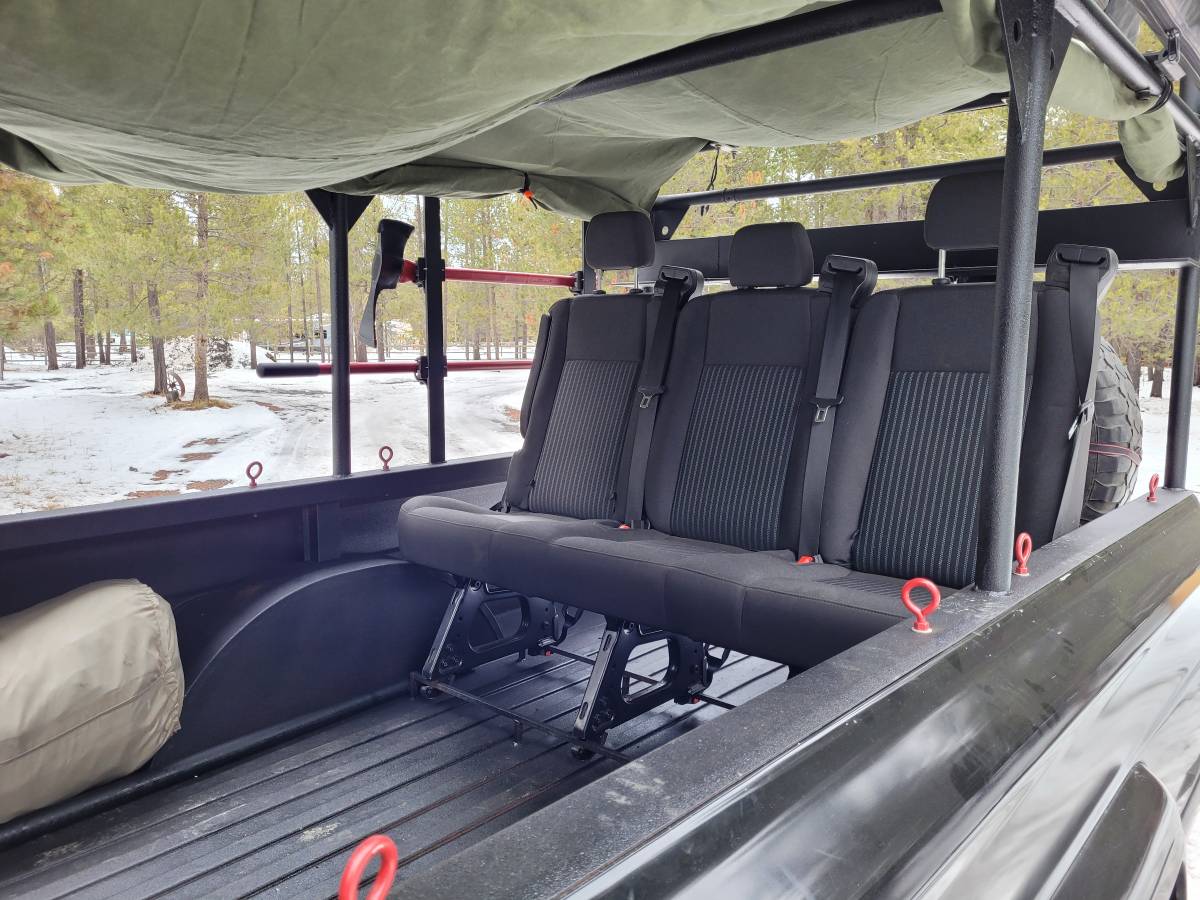 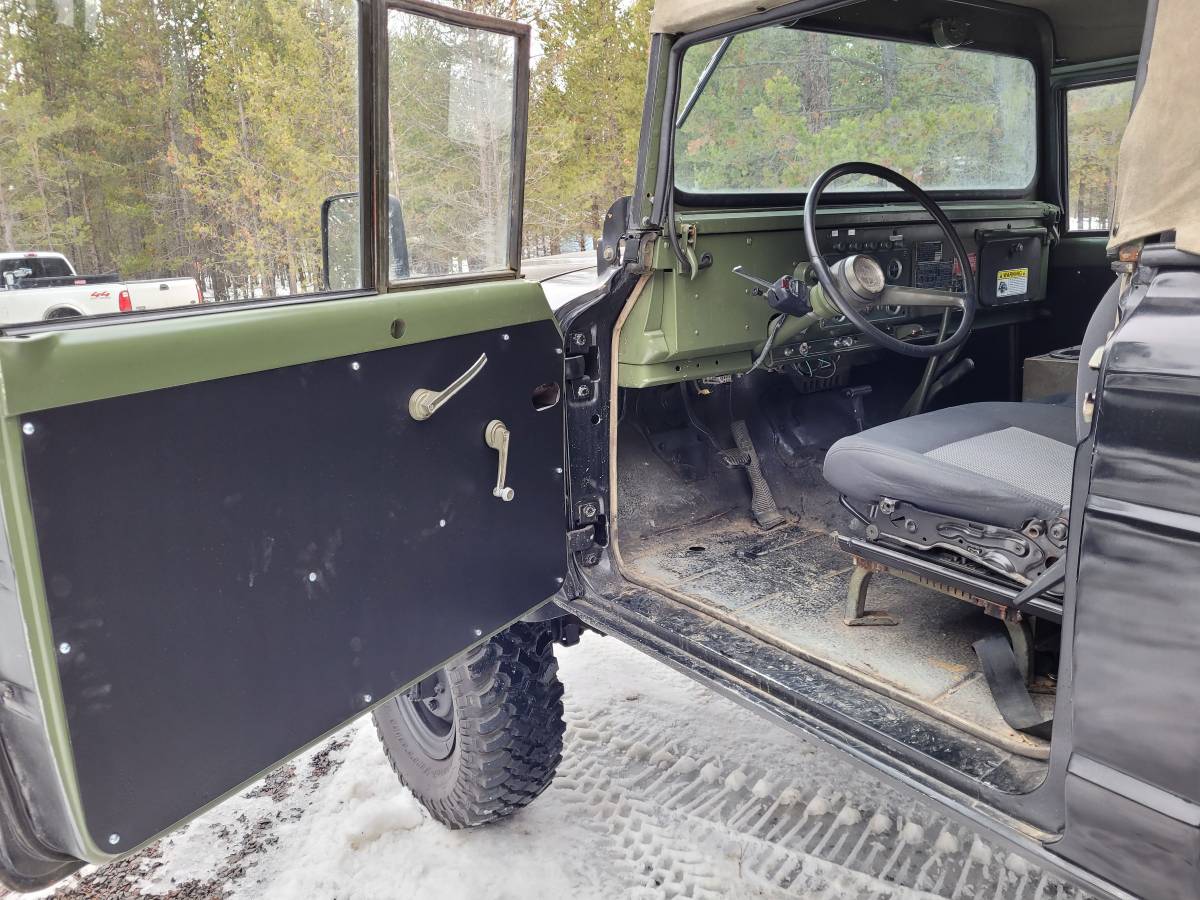 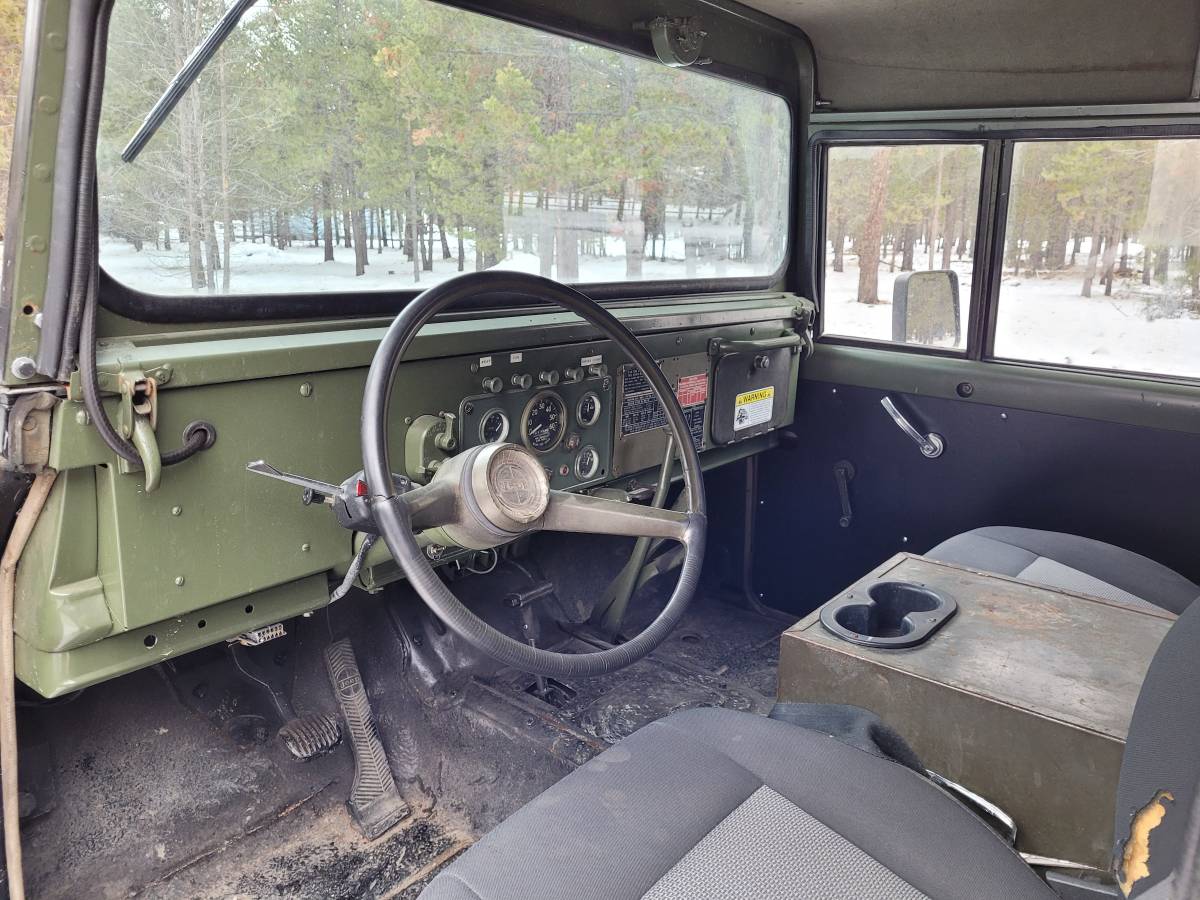 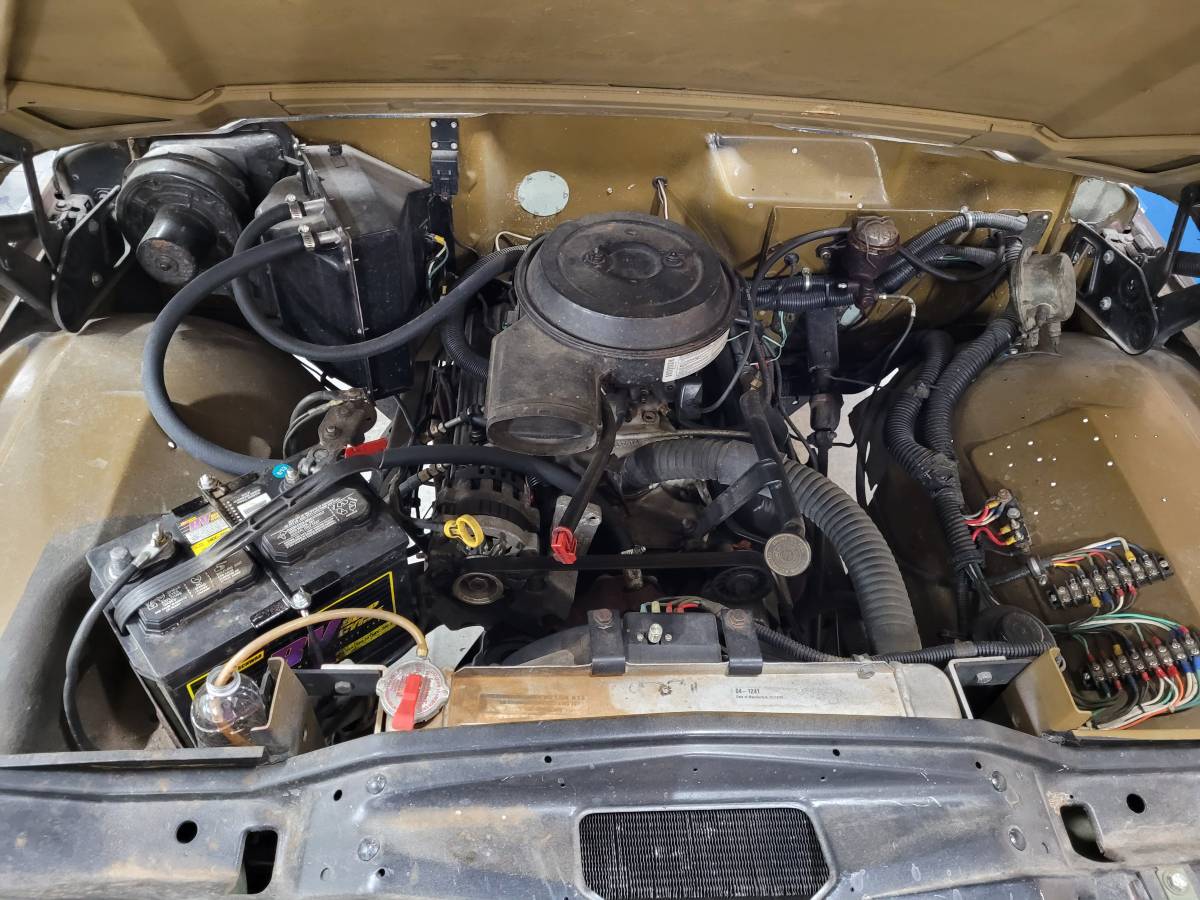 By the mid-1960s, the U.S. Army wanted to replace the aging purpose-built M37 Dodge first launched in 1951. Looking to reduce costs, the Army went to bid hoping to develop a light-duty truck based on commercial off-the-shelf (“COTS”) components.  The winner of the program ultimately was the Kaiser Jeep M715, a 1-1/4 Ton (known as a “Five Quater”) convertible cab pickup based on Jeep’s SJ-series Gladiator.  Only produced for three years from 19767 through 1969, their superior offroad capabilities combined with the convertible top cab makes the M715 a favorite for off-road and Overlanding enthusiasts to restore and often modernize.  One such example is this 1969 Kaiser Jeep M715 restomod originally listed in May 2022 on Craigslist in Sun River, Oregon (Bend)   In addition to the bed rack-mounted elevated pop-up tent, this M715 features a throttle-body fuel-injected Chevrolet 350 cubic inch V8 backed by a TurboHydramatic 400 automatic transmission.

Currently offered for $24,000, Classic.com, the analytics and search engine for the collector car market, reveals the ask is in line with this guide’s five-year average of $25,615 based on eleven sales ranging from $660 to $85,800:

Kaiser Jeep produced a light military version of its civilian Gladiator pickup truck from 1967 to 1969.  The most noticeable difference between the Civilian and Military versions was the latter’s convertible top.  The M715 was sometimes called the “Five quarter (ton)”, for its 1-1/4 ton payload rating. In a departure from its purpose-built predecessor, the Dodge M37, the M715 was the first “M”-series U.S. tactical vehicle to use primarily commercial components; the first in a series of militarized commercial off-the-shelf (“COTS”) vehicle procurements.  From 1967 to 1969, Kaiser produced slightly more than 30K  M715 trucks at their Toledo, Ohio, plant. Another fun fact:  the M715 230 cubic inch, better known as the “Tornado Six”, has the singular distinction of being the first mass-produced overhead cam automobile engine made in post-World War II America.  Unfortunately, the M-715 family proved to be underpowered and somewhat fragile when it saw service in the Vietnam War, so the Army replaced it with the Dodge M880 starting in 1976.

Based on the pictures provided, this 1968 Kaiser Jeep M715 appears to be a nicely modified piece that’s ready to take on some serious off-road camping duty.

“1969 kaiser M715. 4×4. Great running throttle body 350 with turbo 400 automatic. Power steering. Bed and front fenders off of a similar Era gladiator. Like new 35″ BFGs. Custom bumpers. Bed mounted seats with seat belts. Matching modern seats in the cab. Newer gauges except for speedo and all work. Fully removable top. Side mount awning. Very clean truck inside and out the only dent of any size is pictured. No rust. Runs great and drives good for a 50-year-old military truck with low axle gears. $24,000 OBO possible trade or part trade for trucks/ trailers/equipment, ski boat. Thanks”

Do you have a Kaiser Jeep M715 story to share?  If so, comment below and let us know!