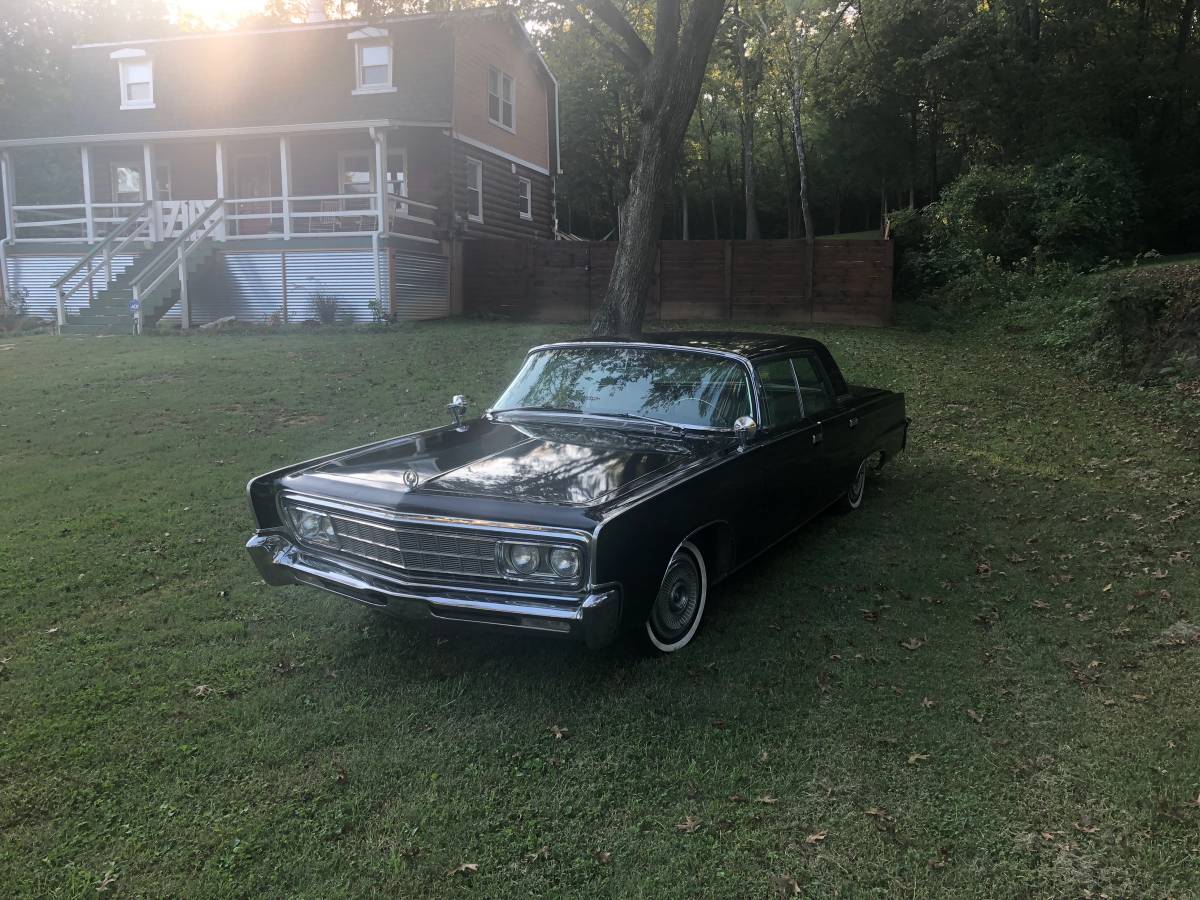 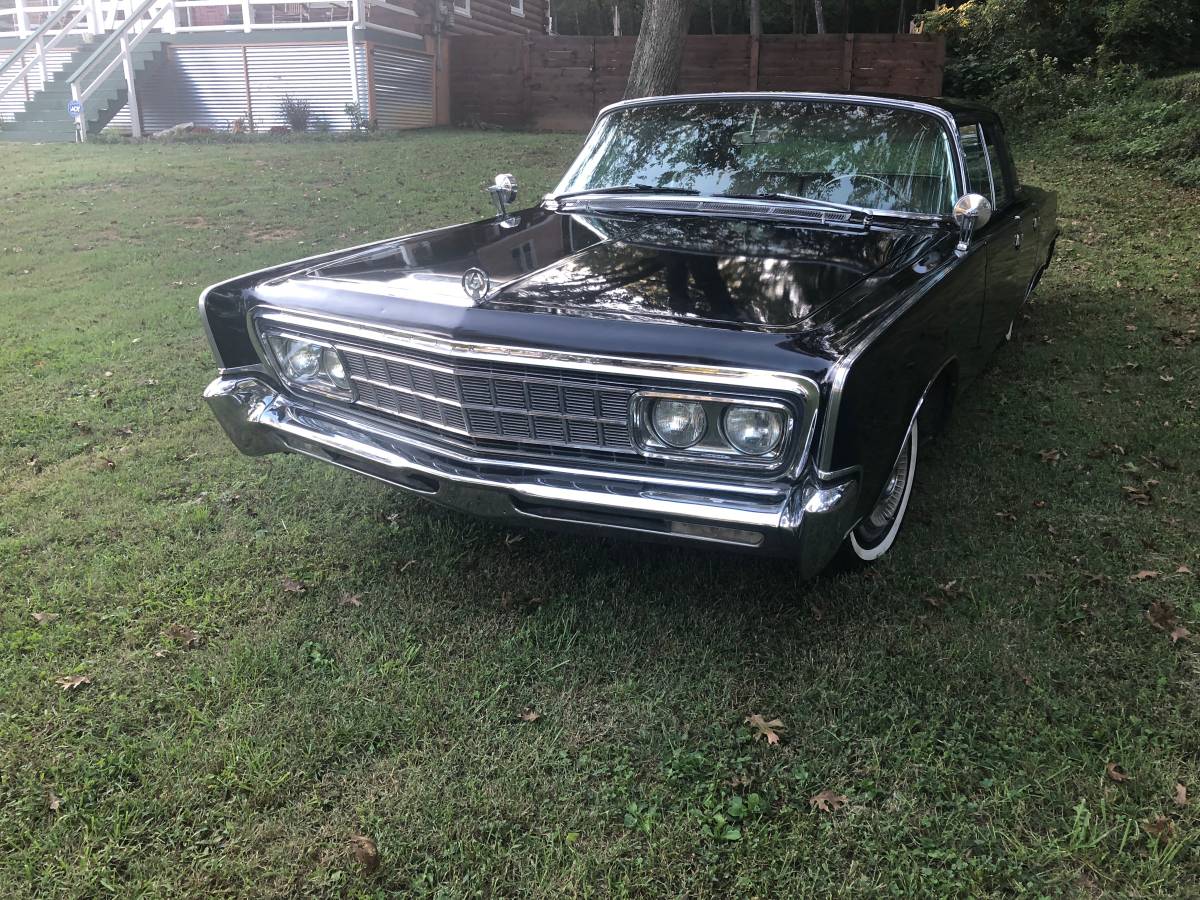 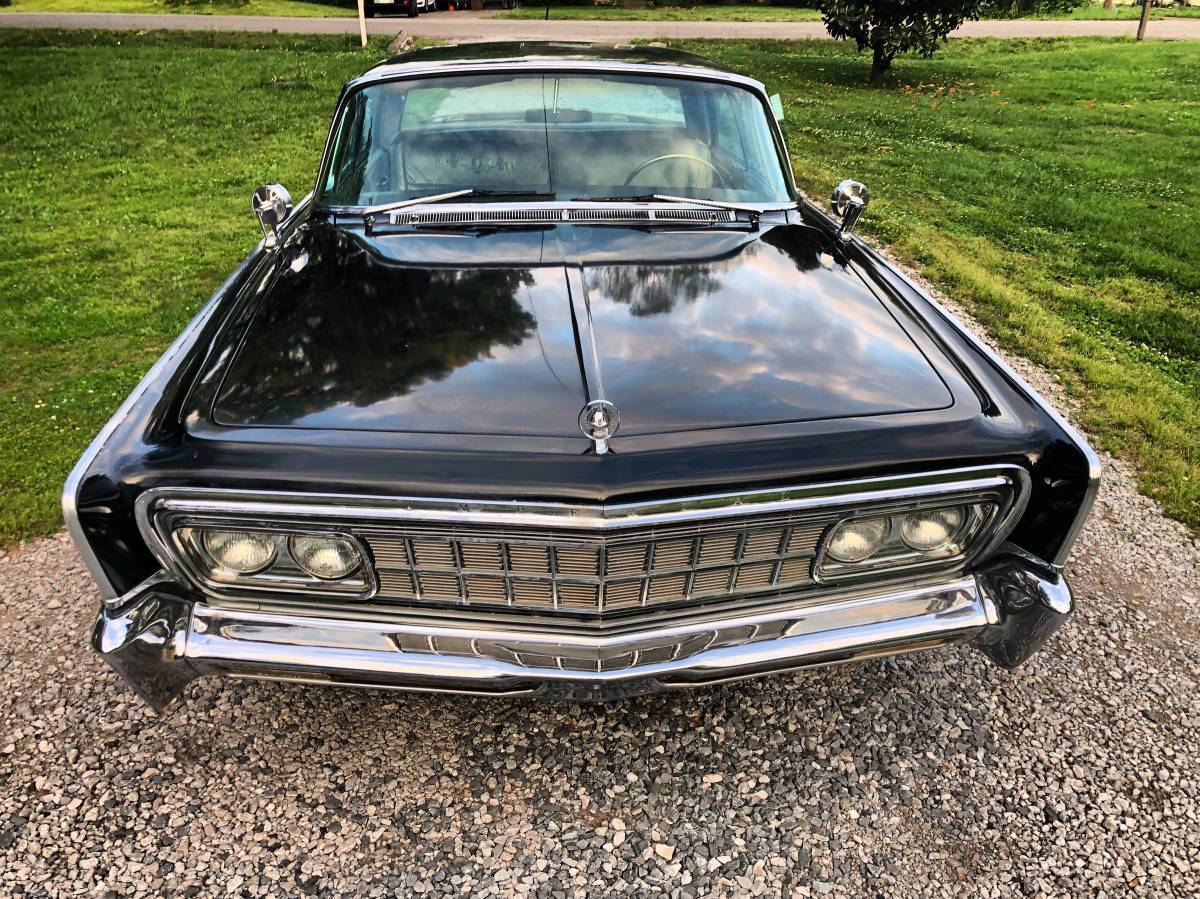 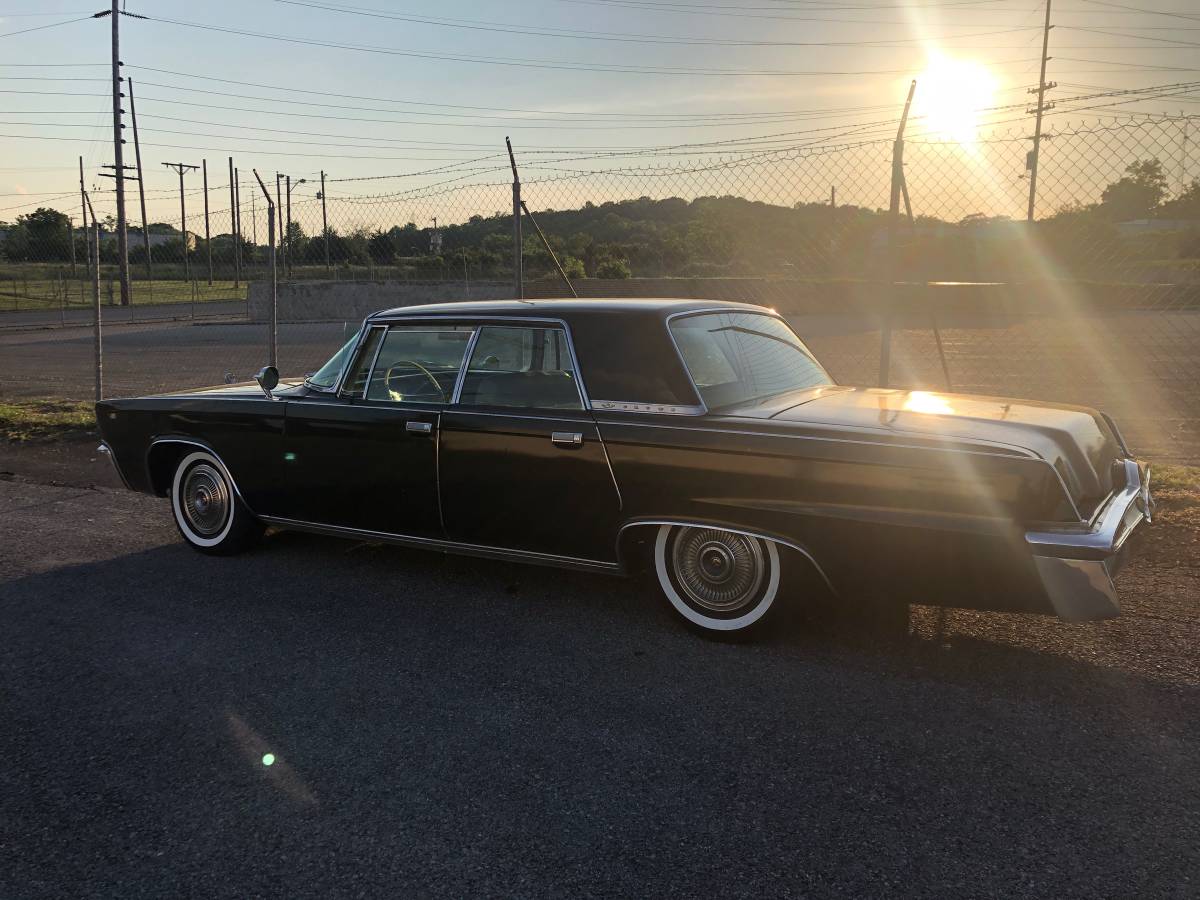 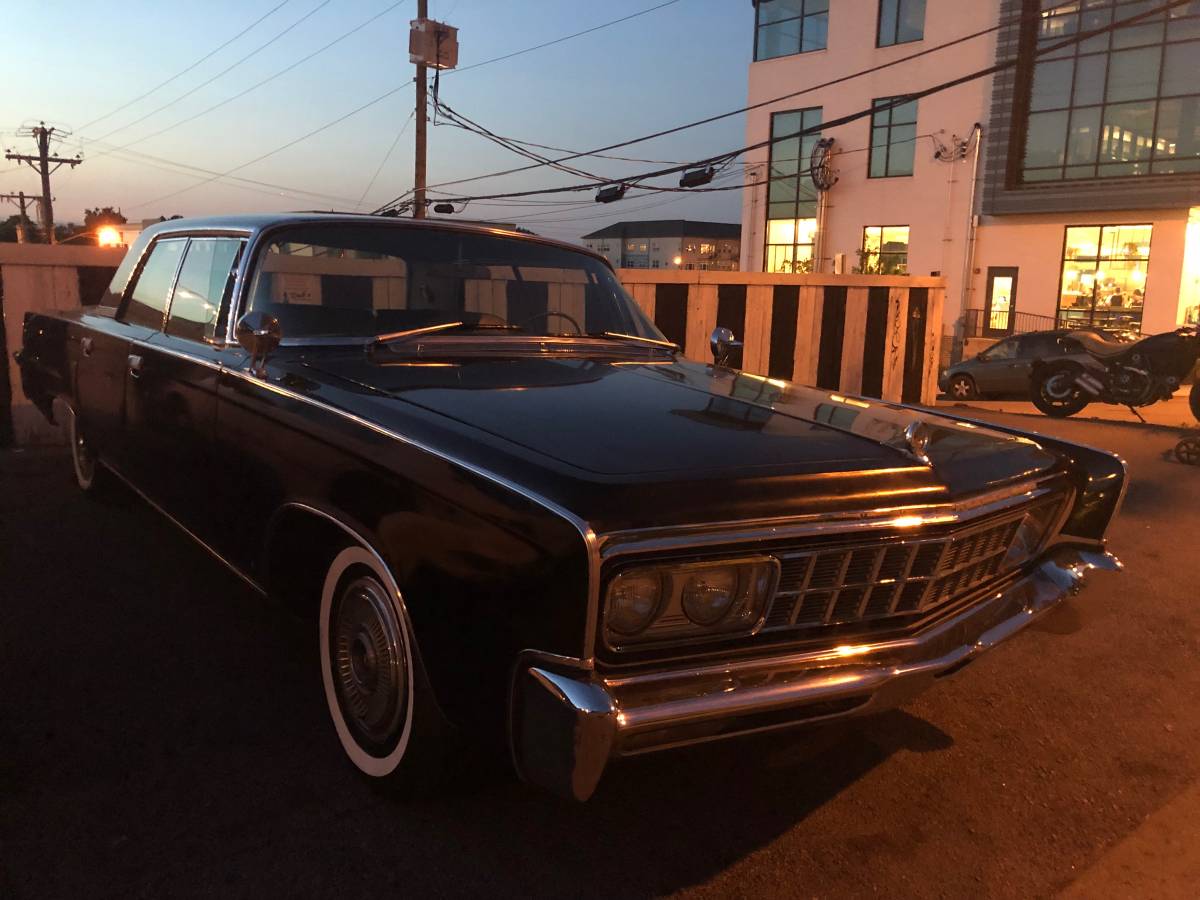 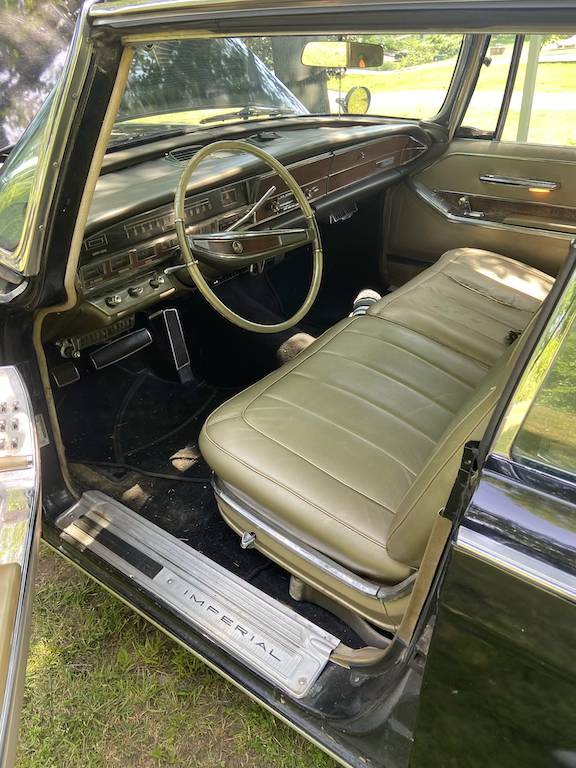 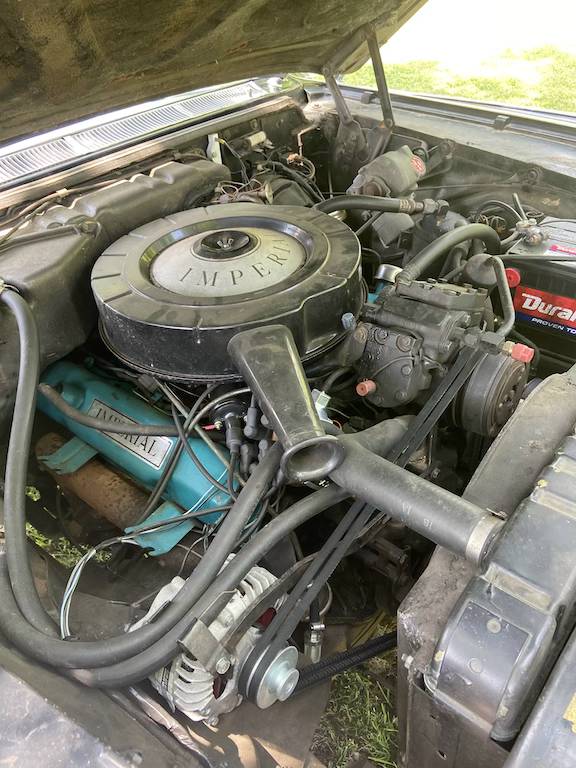 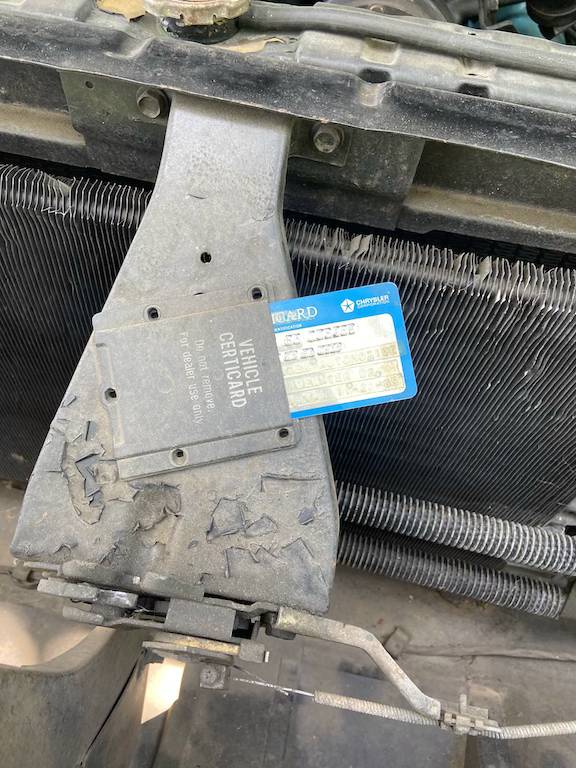 Low volume, largely hand-built production cachet loaded with standard luxury features underpinned by a supple torsion bar suspension powered by a virtually bullet-proof powertrain. That combination is what attracts us to every Imperial we come across. Despite Chrysler’s efforts to differentiate Imperial as a separate brand, the vast majority of enthusiasts mistakenly refer to these cars as “Chrysler Imperials.” Even the seller of this black-over-green 1966 Imperial Crown four-door hardtop originally listed in May 2022 on Craigslist in East Nashville, Tennessee makes that faux pas.

We wonder whether the seller realizes they have a stock version of the car customized by Dean Jeffries for the Green Hornet TV series from the late 1960s. With so many Batmobile clones running around these days if you were also a fan of the original but short-lived Green Hornet show, now is your chance to channel your inner Bruce Lee and stand apart from the crowd by buying this driver-quality example and saying, “Let’s Roll, Kato.” every time you drive it.

Currently offered for $7,500, Classic.com, the analytics and search engine for the collector car market, confirms the ask is well below what recent sales of other 1966 Imperials achieved at auction as most of the cars crossing the block were convertibles.  By clicking on the green dots in the graph below, you can navigate to each comparable car sold as a way to help you make an educated bid on the car we are featuring for auction here:

As a second data point, the  Collector Car Market Review Online Tool reveals the seller’s ask falls between this guide’s #3 “Good” estimate of $7,150 and its #2 “Very Good” appraisal of $11,500.

The Imperial brand was synonymous with Chrysler luxury offerings dating back to 1926.  In 1955, Chrysler spun off Imperial into its own make and division to better compete with its North American rivals, Lincoln and Cadillac. Imperial would see new or modified body styles introduced every two to three years, all with V8 engines and automatic transmissions, as well as technologies that would filter down to Chrysler Corporation’s other models.

For the 1957 model year, Imperial received its own platform, setting it apart from any other division of Chrysler while sharing the all-new “Forward Look” appearance, showing many styling features introduced with the concept car Chrysler Norseman. This would last through the 1966 model year. Imperials during this period were substantially wider, both inside and out than other Mopars, with front and rear shoulder room equal to 64.0 and 62.0 inches, respectively. The front seat shoulder room measurement remains an unsurpassed record for Imperial and would remain the record for any car until General Motors 1971–1976 full-size models. Exterior width reached a maximum of 81.7 inches for the 1961–1963 models, which remains the record for the widest non-limousine American car. After Lincoln downsized for 1961, this generation of Imperial had no real competitor for the title of largest car for the remainder of its decade-long lifespan.

Imperial’s second-generation platform soldiered on through the 1966 model year.  All subsequent years through 1966 used this same basic platform with annual changes to the body sheet metal. However, the Imperial still used the wrap-around windshield that had been dropped by most other makes for entry and exit room.

The 1966 model year saw a change to an egg-crate grille. The glass headlight covers lost the etched lines but gained twin 24k gold bands around the perimeter. The trunk lid bulge became more squared off with a smaller Imperial script off to the side. The backup lights were moved to the lower bumper, nearly doubling the taillight size. The Claro Walnut trim that had been introduced the previous year was used more extensively and would be replaced the following year. Chrysler engineers replaced the 413 cubic inch V8 used since 1959 with a 350 horsepower 440 cubic inch mill.

Production totaled 13,752.  An Imperial became the basis for “The Black Beauty,” a rolling arsenal on the ABC-TV series The Green Hornet, starring Van Williams and Bruce Lee. The TV series featured a 1966 Imperial Crown hardtop customized by Dean Jeffries at a cost of $50,000 USD, part of which went toward the car’s paint job: 30 coats of metal flake, pure black green pearl of essence lacquer hand-rubbed to a high gloss.

The APennyW YouTube Channel features an opening scene from the 1960s Series showing how they hid the Black Beauty in a one-car garage:

Based on the pictures provided and the seller’s description, this 1966 Imperial Crown is a driver-quality example in need of some sorting before being trusted for trouble-free driving.  On the plus side, this Imperial comes equipped with fresh tires, brakes, and fuel lines as well as a fresh carpet for the next caretaker to install.

“1966 Chrysler Crown Imperial. The car starts every time and runs well. New tires, breaks, fuel lines, and more. Body in decent condition. The paint does have some blemishes. Interior needs work. The passenger seat has a hole in it. But overall not too bad. AC was working and is probably an easy fix. All windows gears need cleaning or replacing. Some do not go down. The carpet needs to be replaced, and I do have a new carpet for the inside that was never installed. Belts need to be tightened as they tend to make a bit of noise. I think this could be handled by adjusting the alternator. The previous owner let the car sit. I have owned it since 2018 and I try to drive it around 1-2x a week. This could be an amazing car if you have the time and money to put into it. Very few ever made for this year and even fewer in this condition still on the road. Original miles unknown as I’m fairly confident the ODO has rolled over.

Show or go: What would you do with this imperial Crown?  Please comment below and let us know!