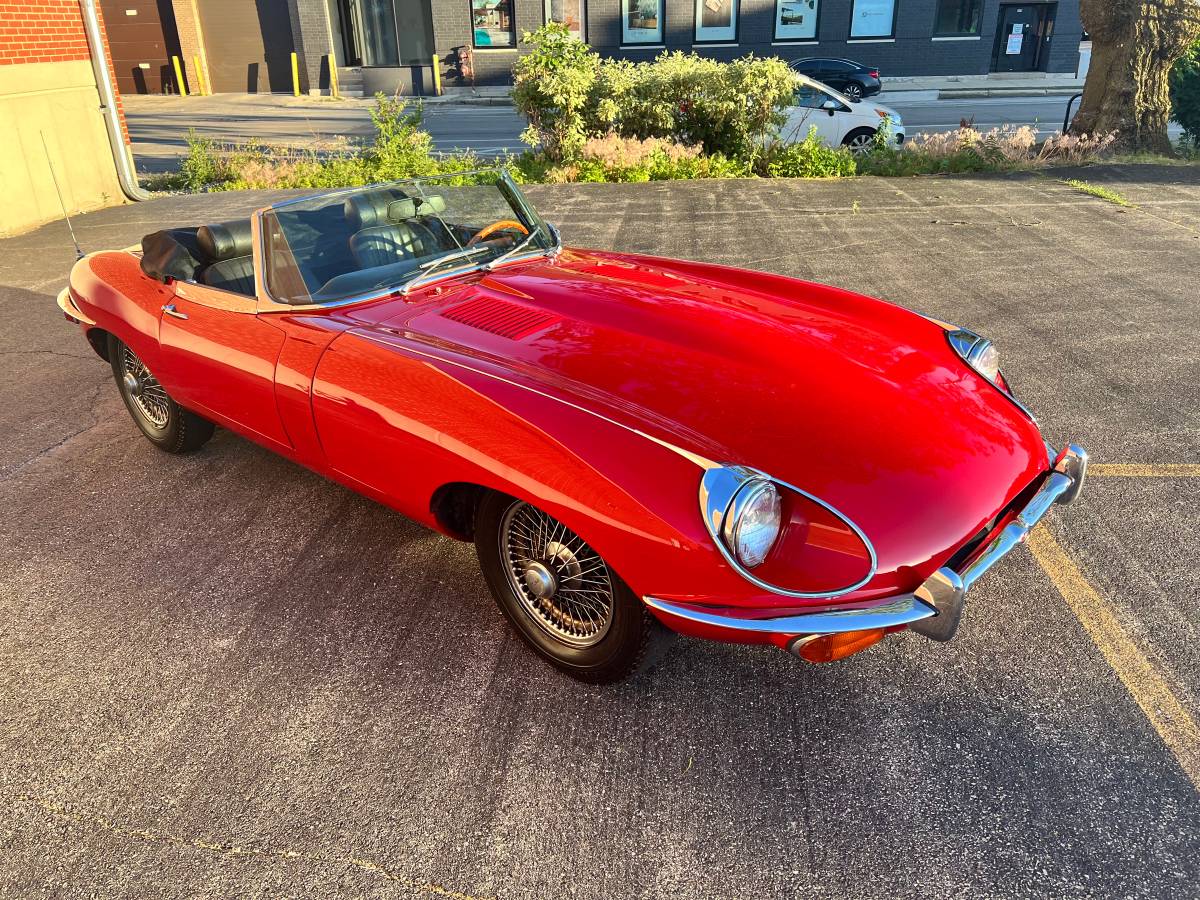 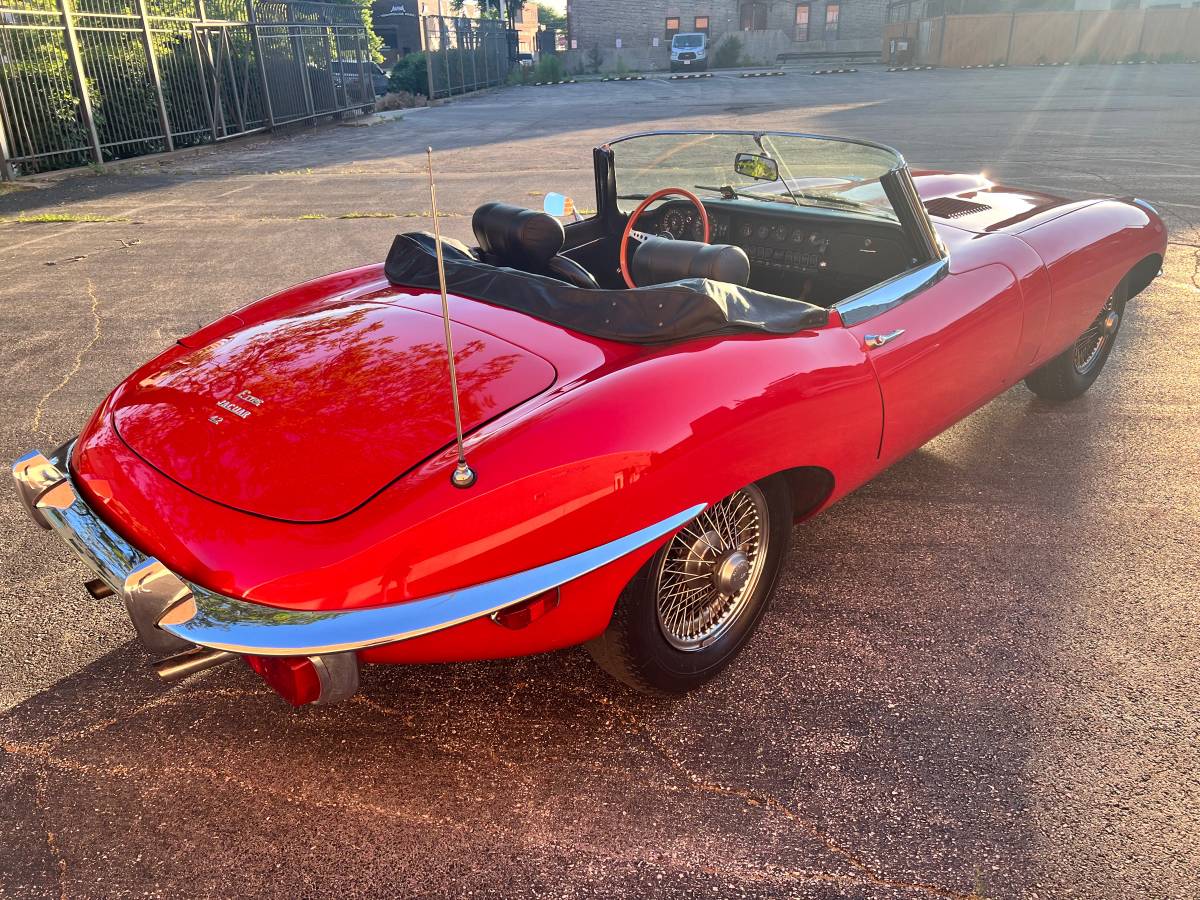 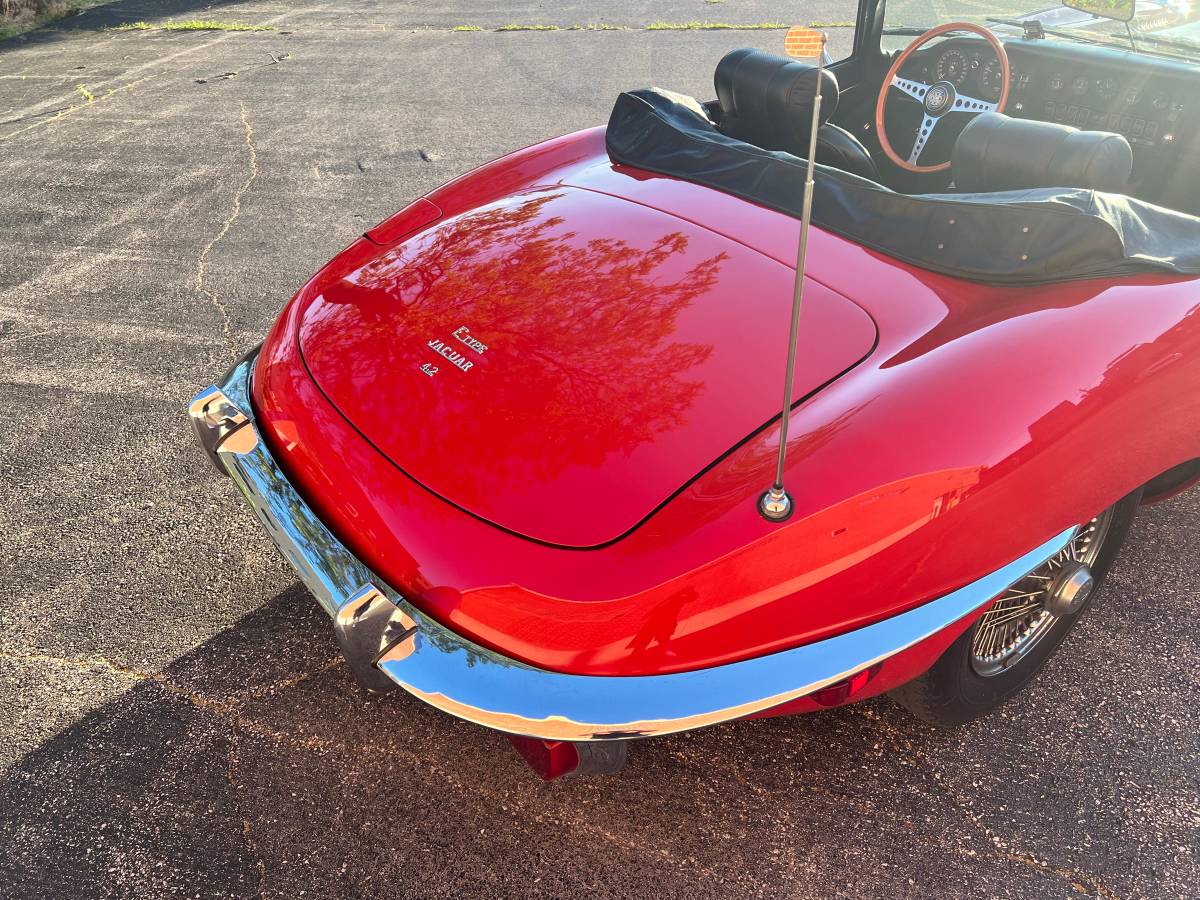 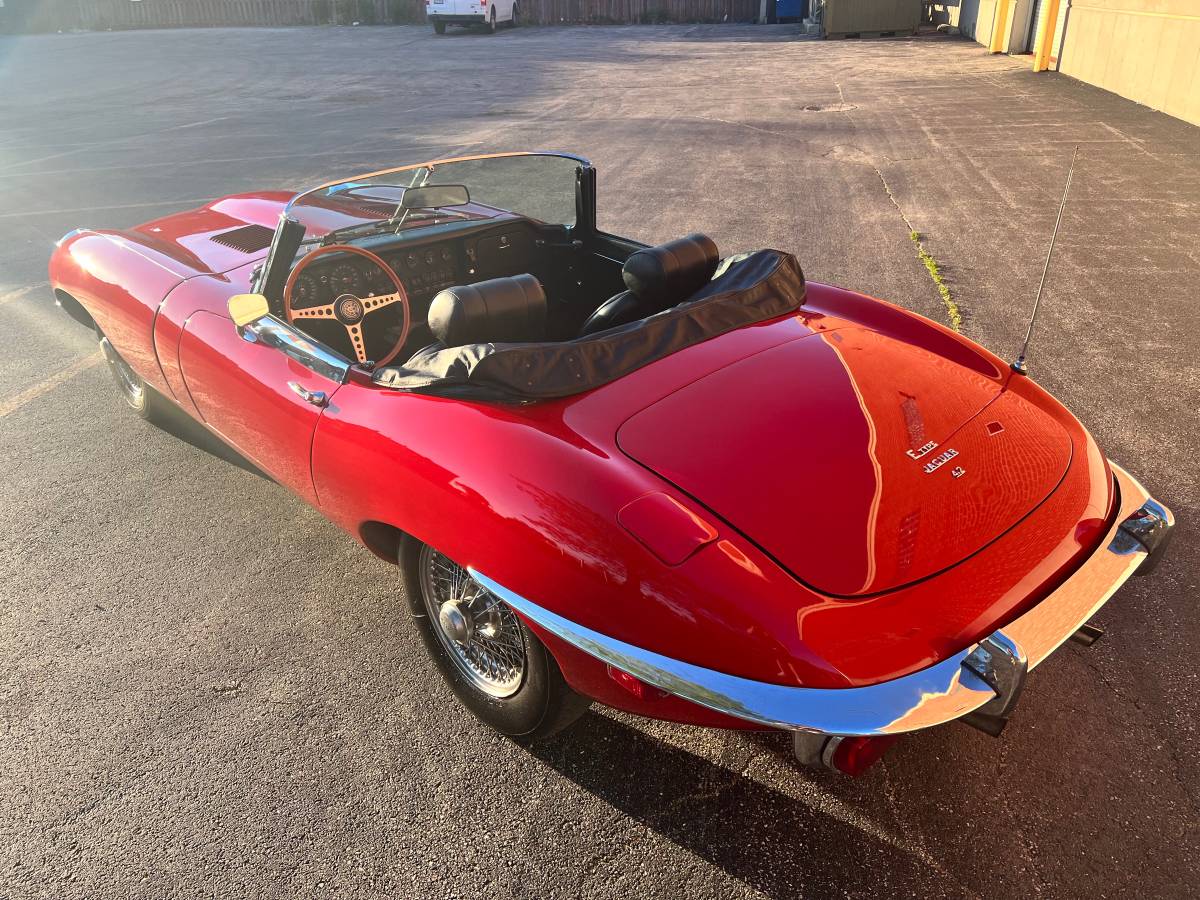 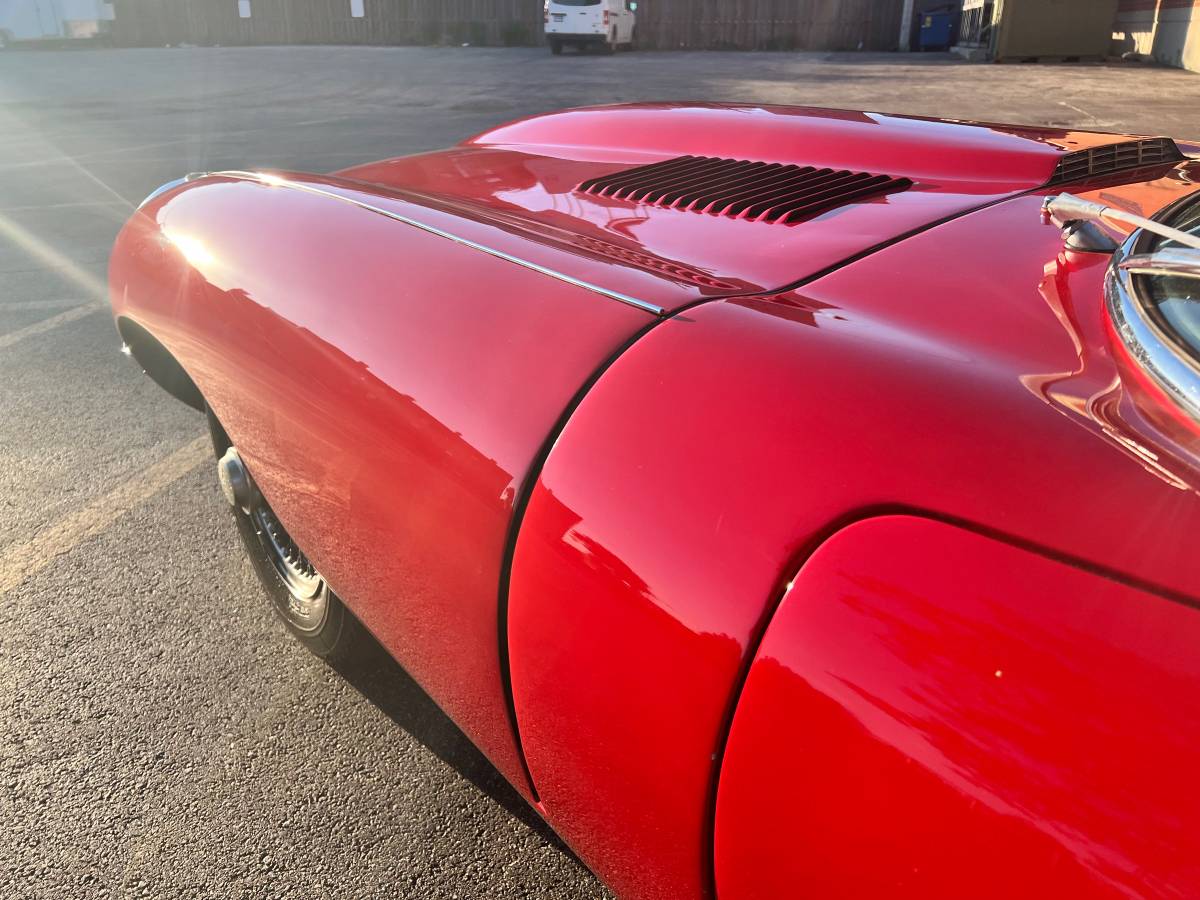 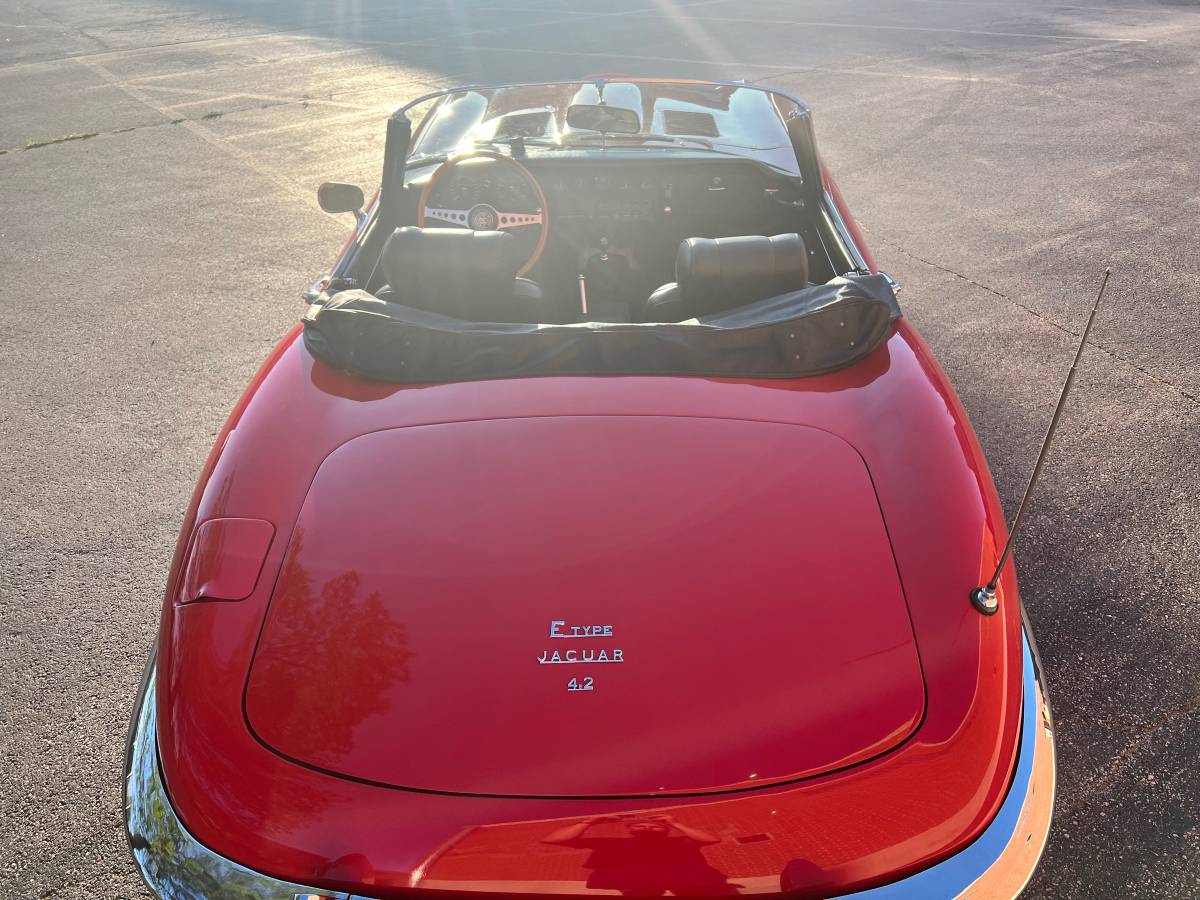 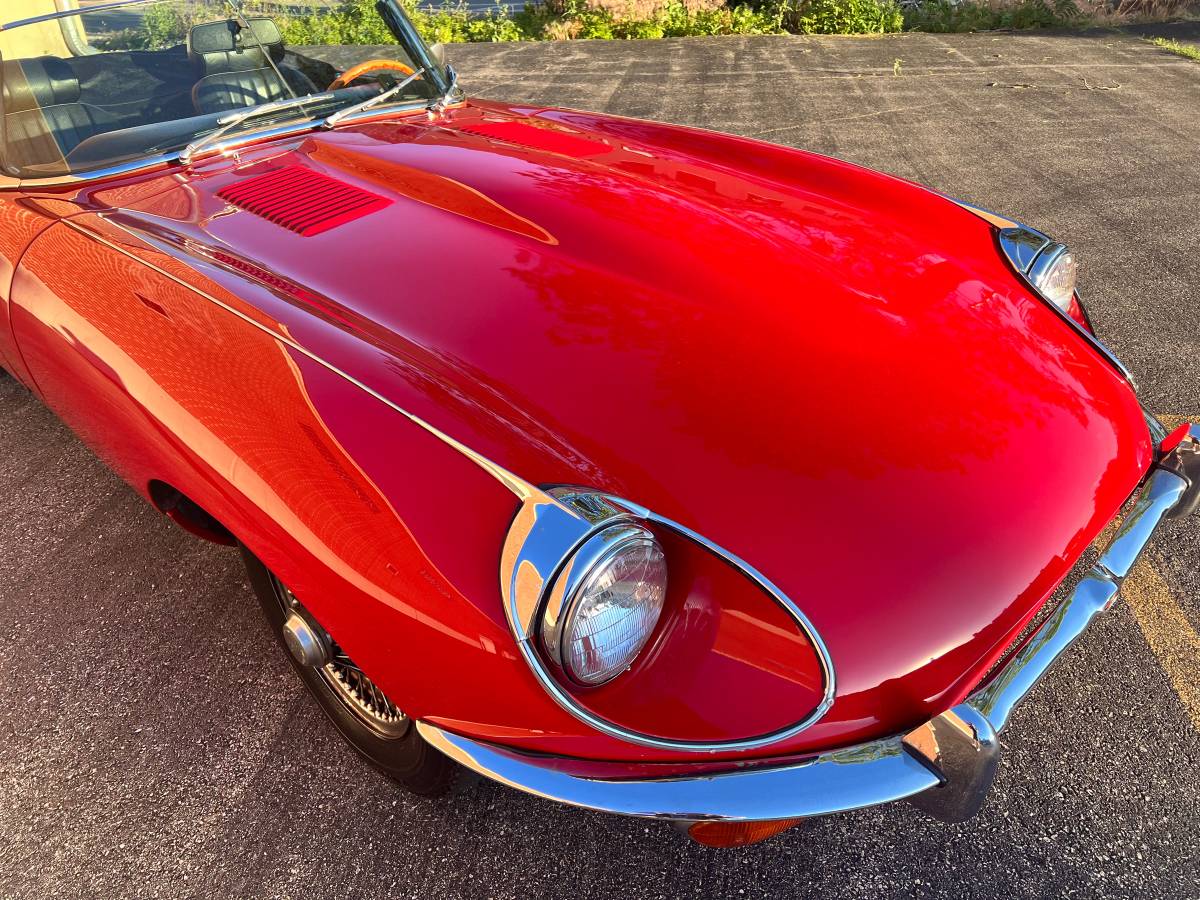 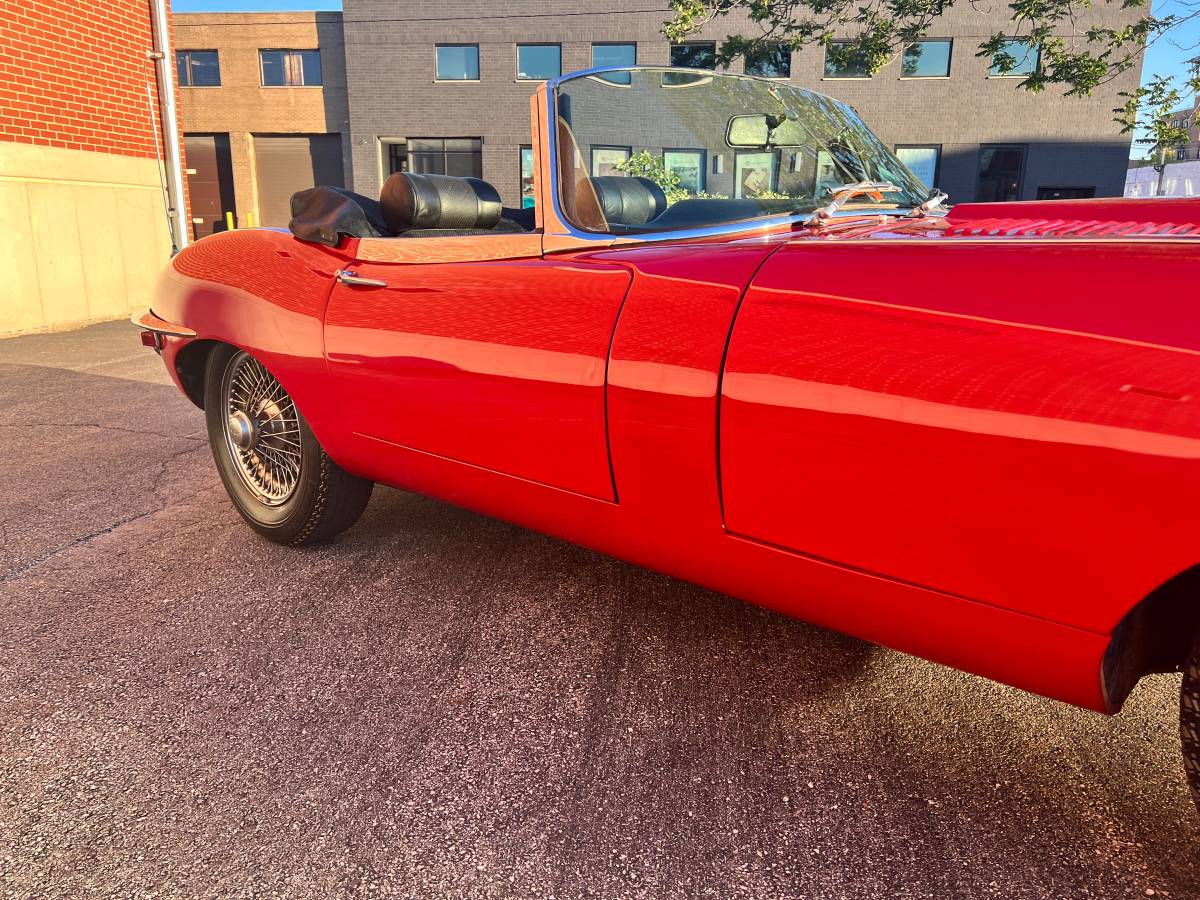 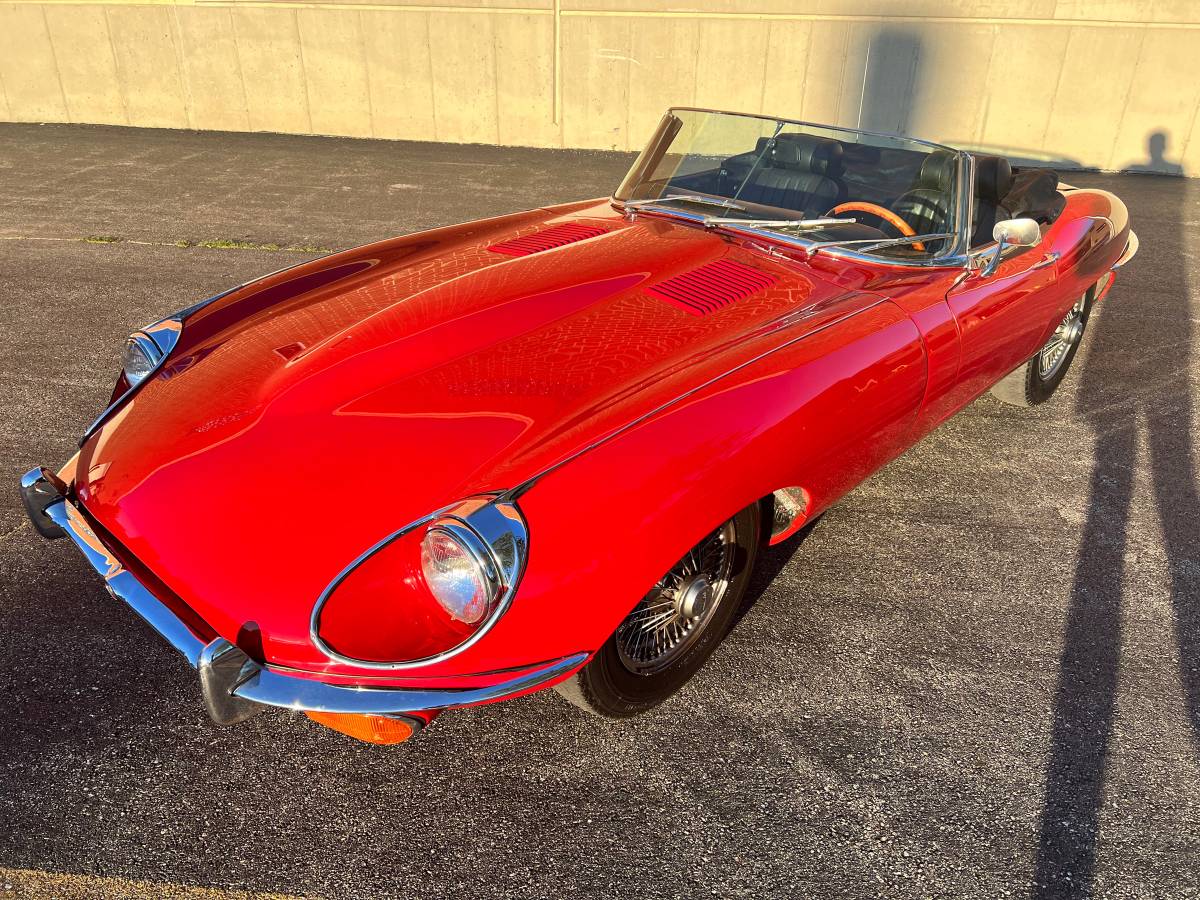 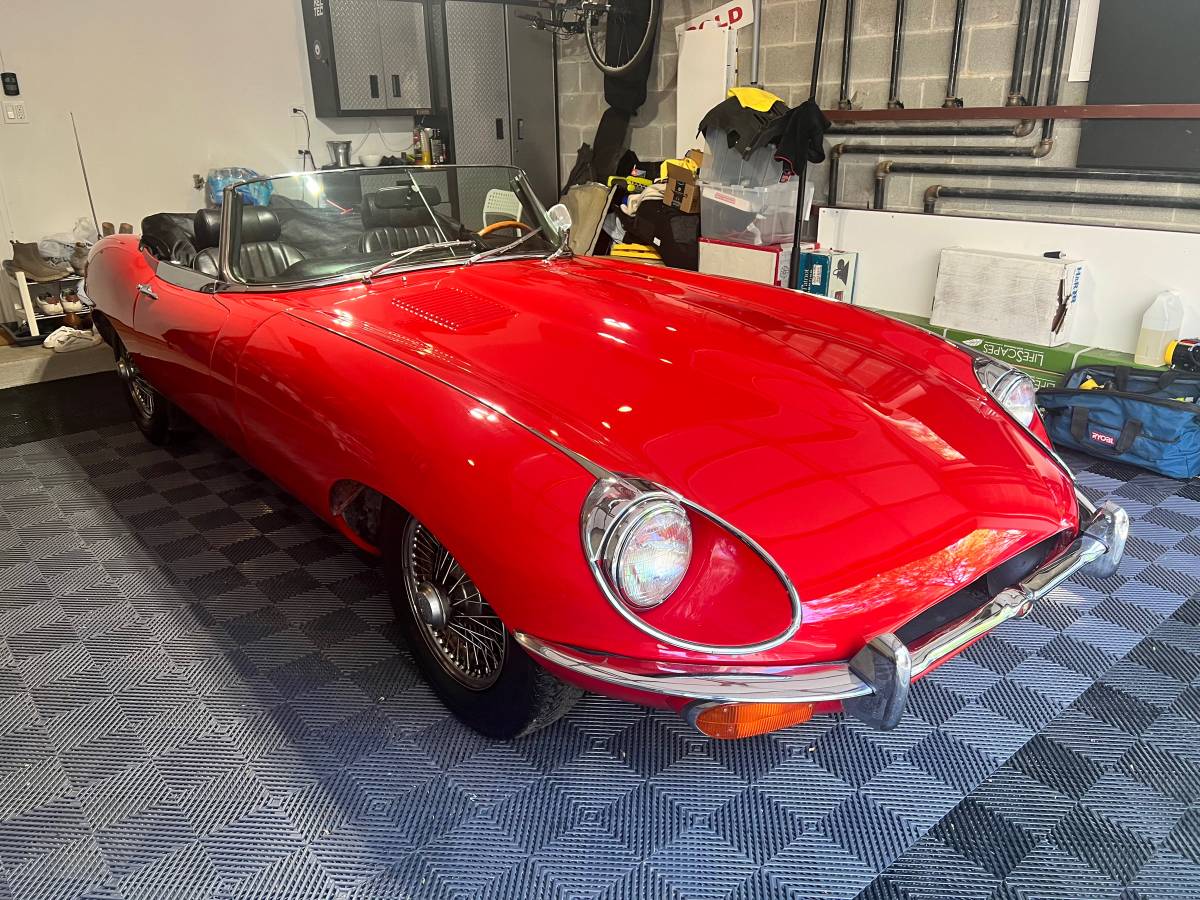 Legend has it that when Enzo Ferrari first saw Jaguar’s E-Type at launch in 1961, he called it, “the most beautiful car ever made.” While the original launch car unveiled came painted in white, we wonder whether Enzo would have loved the car even more seeing it painted in red like this 1970 Jaguar XKE Series 2 Roadster originally listed in June 2022 on Craigslist in Chicago, Illinois.  The seller reports that in addition to the freshly polished paint, their E-Type is mechanically sound for weekend use.

Currently offered for $65,00, Classic.com, the analytics and search engine for the collector car market, confirms the ask is slightly below the one-year rolling average of this guide’s summary for 1970 Jaguar XKE Series 2 cars of all three body styles.  By clicking on the green dots in the graph below, you can navigate to each comparable car sold as a way to help you evaluate the price of the truck featured here:

As a second data point, the  Collector Car Market Review Online Tool reveals the seller’s ask falls between this guide’s #2 Very Good” estimate of $77,000 and its #1 “Excellent” appraisal of $107,000.

Launched for the model year 1968, the Series 2 introduced a number of design changes, largely due to U.S. National Highway Traffic and Safety Administration mandates.  The most distinctive exterior feature is the absence of the glass headlight covers, which affected several other imported cars, such as the Citroën DS, as well. Unlike other cars, this step was applied worldwide for the E-Type.  Other hallmarks of Series 2 cars are a wrap-around rear bumper, larger front indicators and tail lights re-positioned below the bumpers, and an enlarged grille and twin electric fans to aid cooling.  Additional U.S.-inspired changes included a steering lock that moved the ignition switch to the steering column, replacing the dashboard-mounted ignition and push-button starter, the symmetrical array of metal toggle switches replaced with plastic rockers, and a collapsible steering column to absorb impact in the event of an accident. New seats allowed the fitment of head restraints, as required by U.S. law beginning in 1969.

While we can’t deny the exterior of this 1970 Jaguar XKE 4.2 Series II convertible, we strongly encourage potential buyers to ask the seller for pictures of the engine bay, trunk, interior, and chassis to ensure the bones of this Jaguar look as good as the skin.

“Beautiful 1970 Jaguar Xke Convertible
The paint is show quality- I just had it polished and ceramic coated.
Super solid undercarriage
Mechanically sound, drive it every weekend.
Clean title in my name, insured and plated.”

Show or go: What would you do with this 1970 Jaguar XKE 4.2 Series II?  Please comment below and let us know!