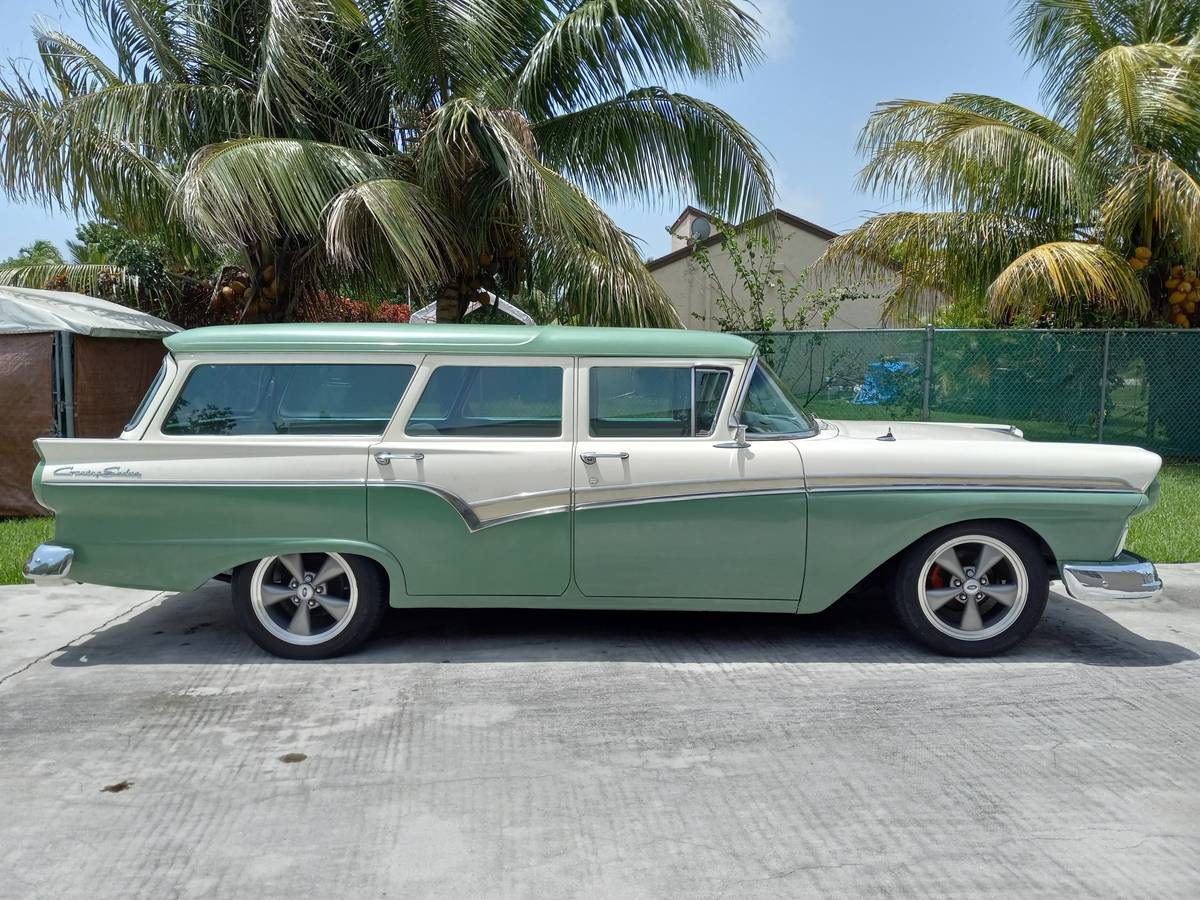 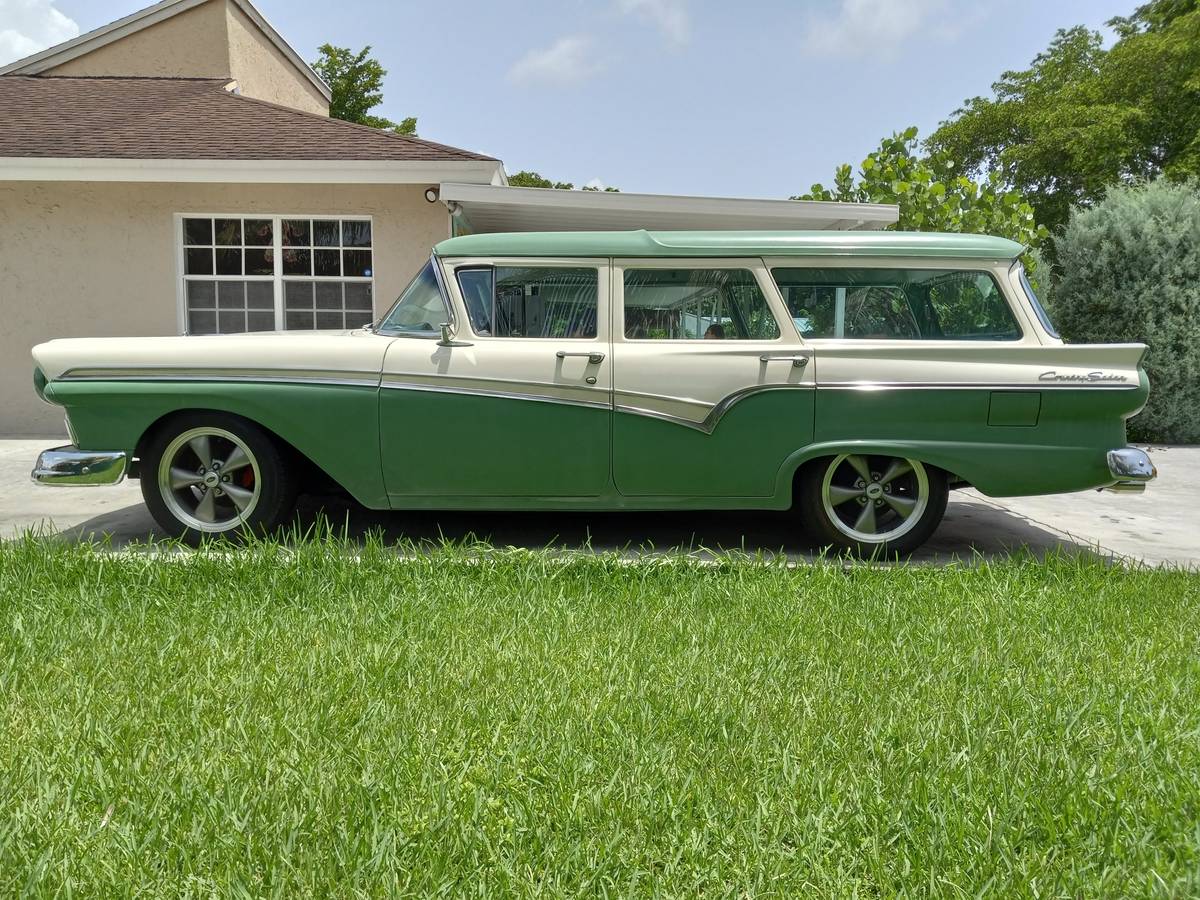 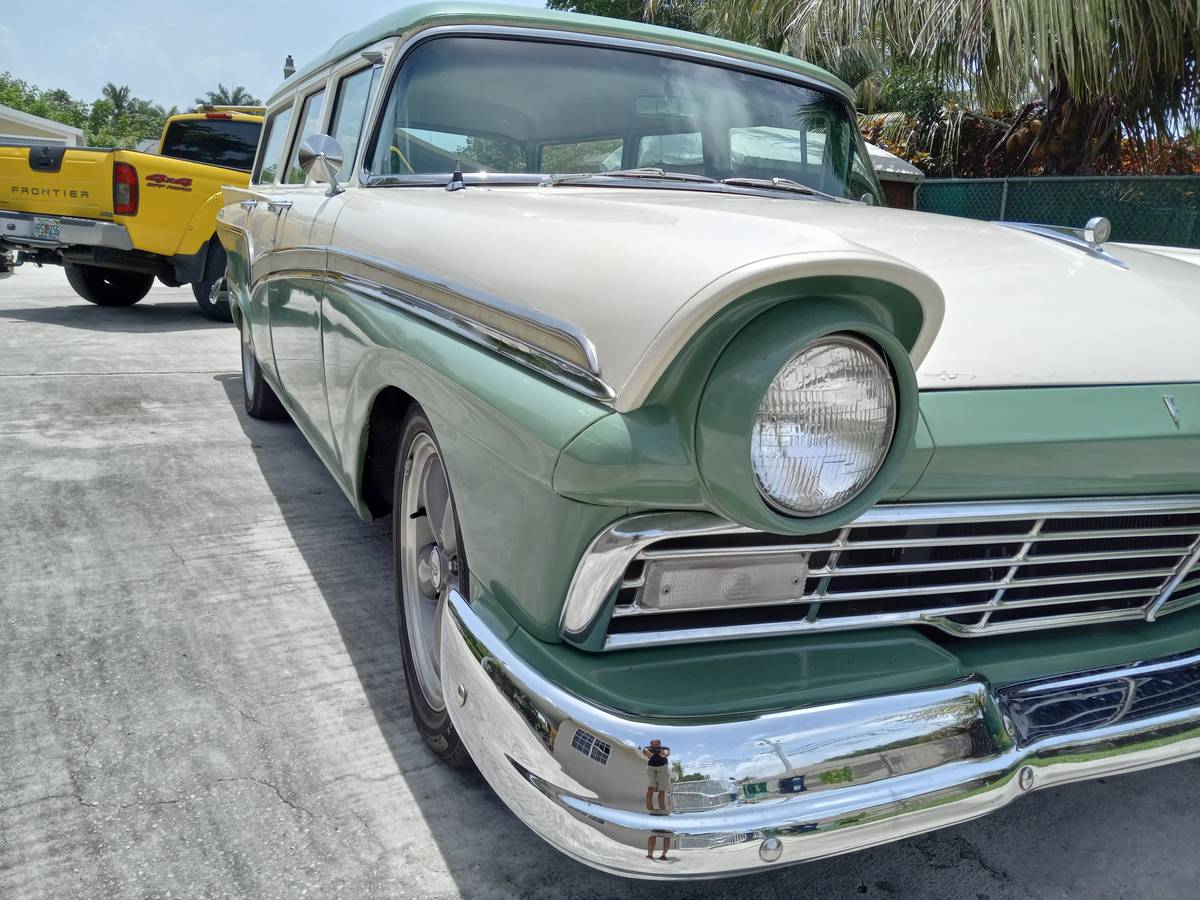 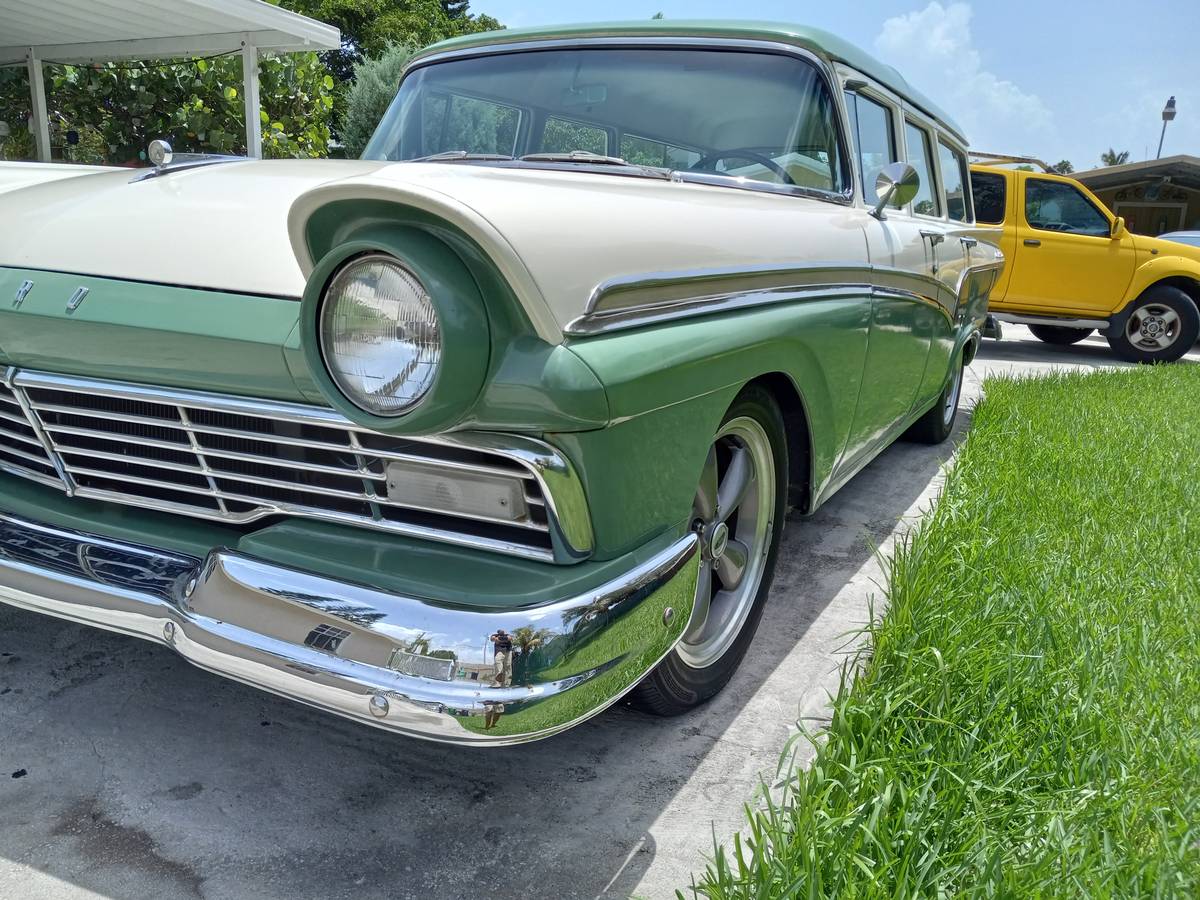 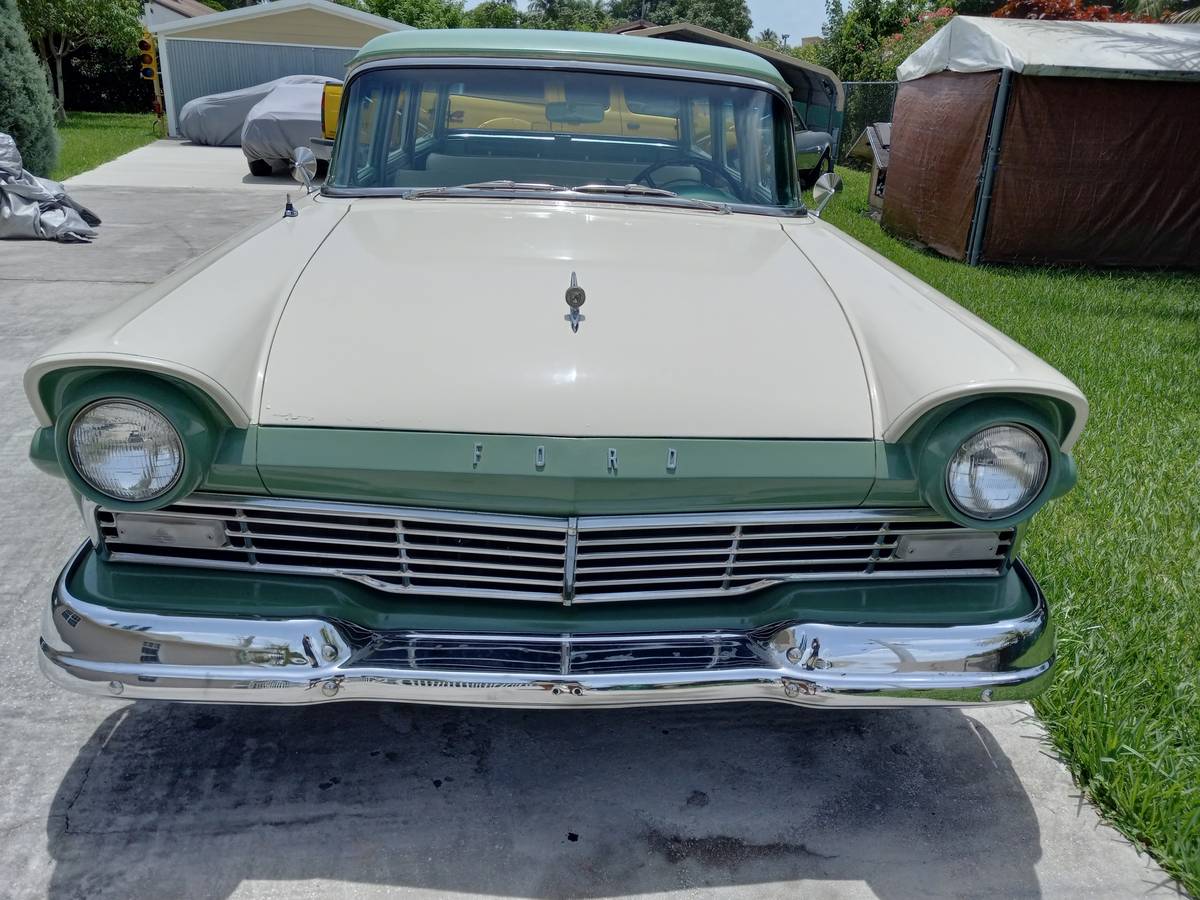 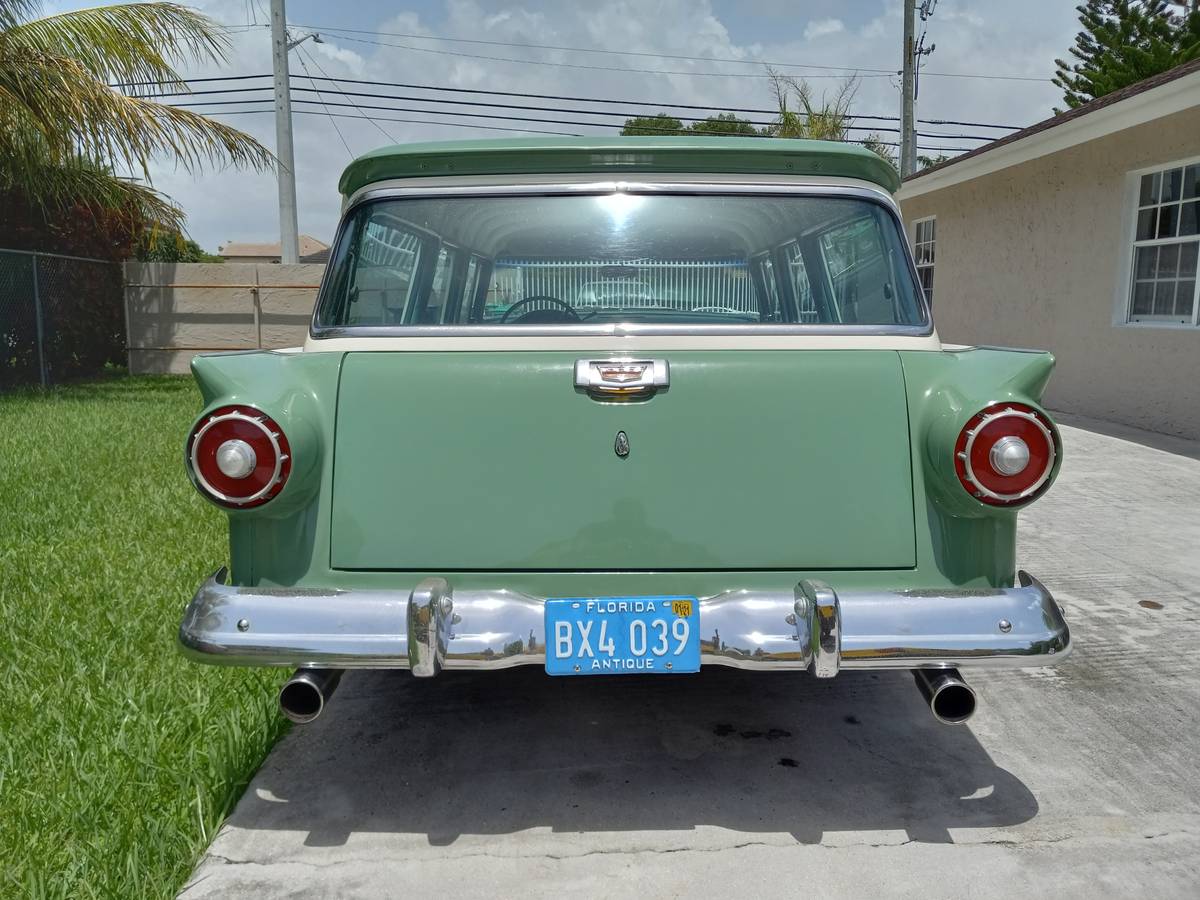 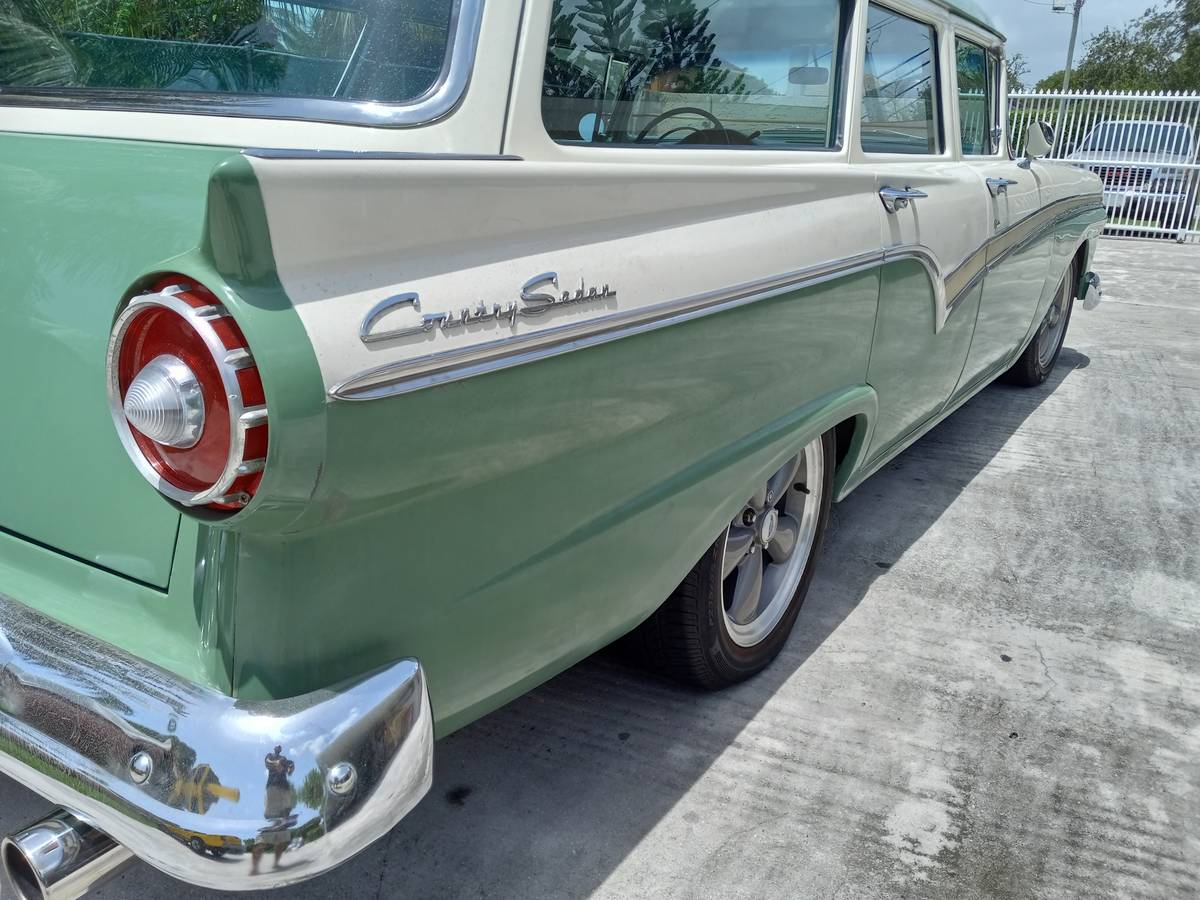 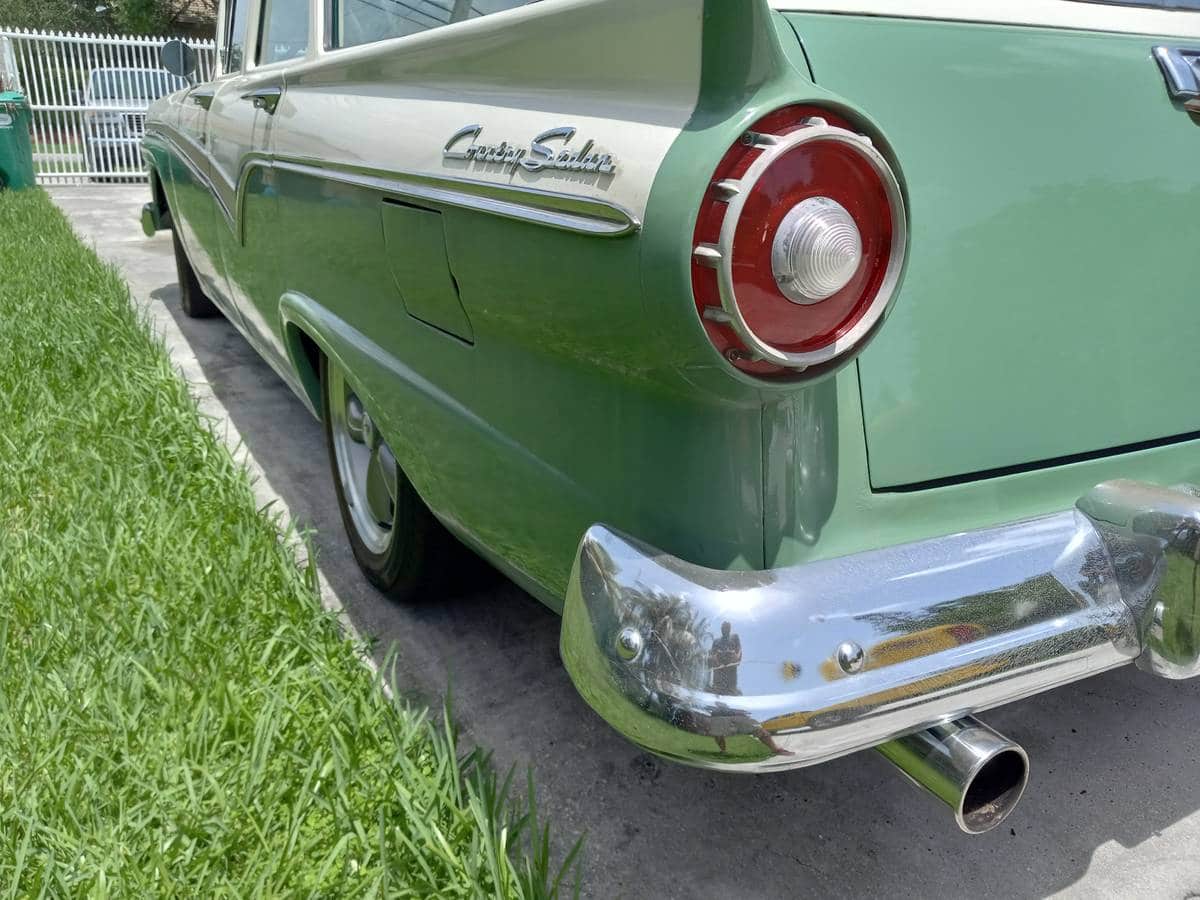 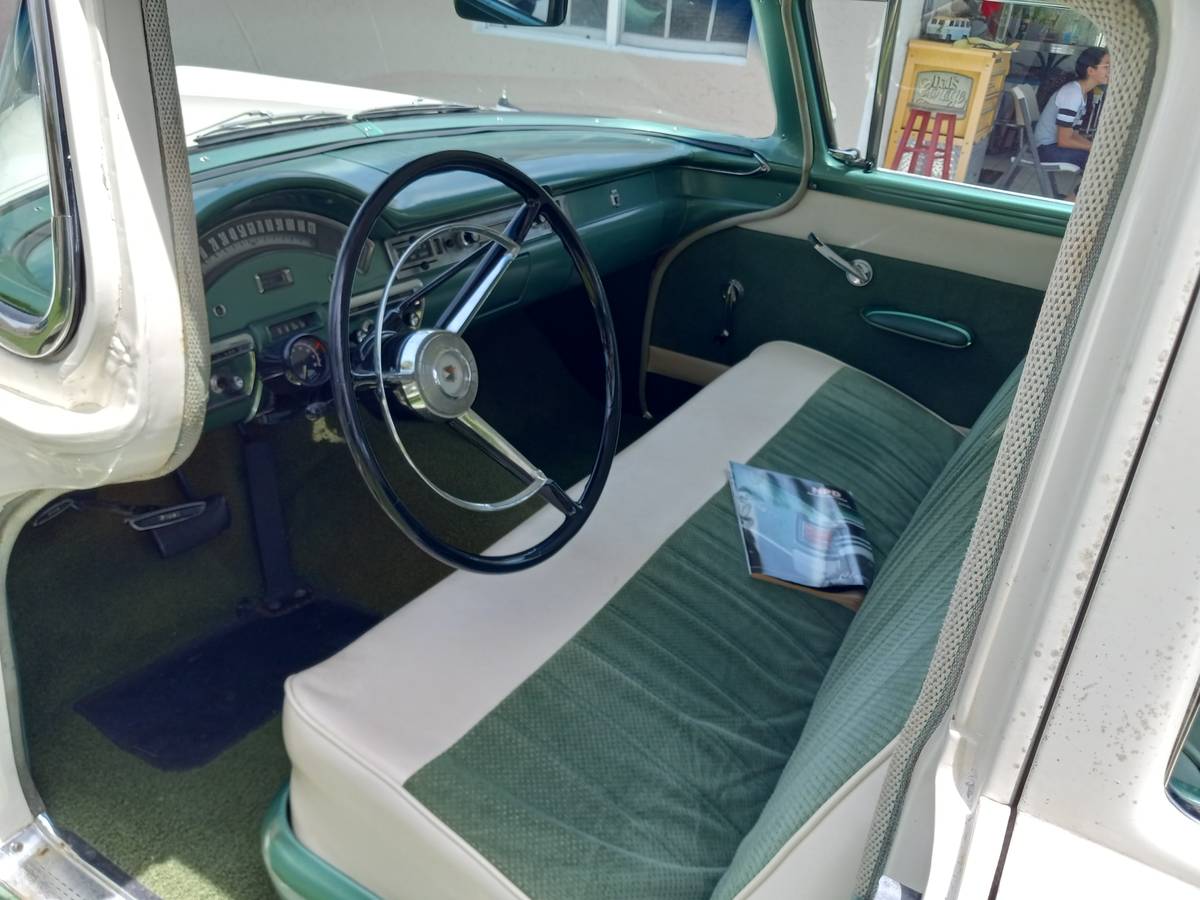 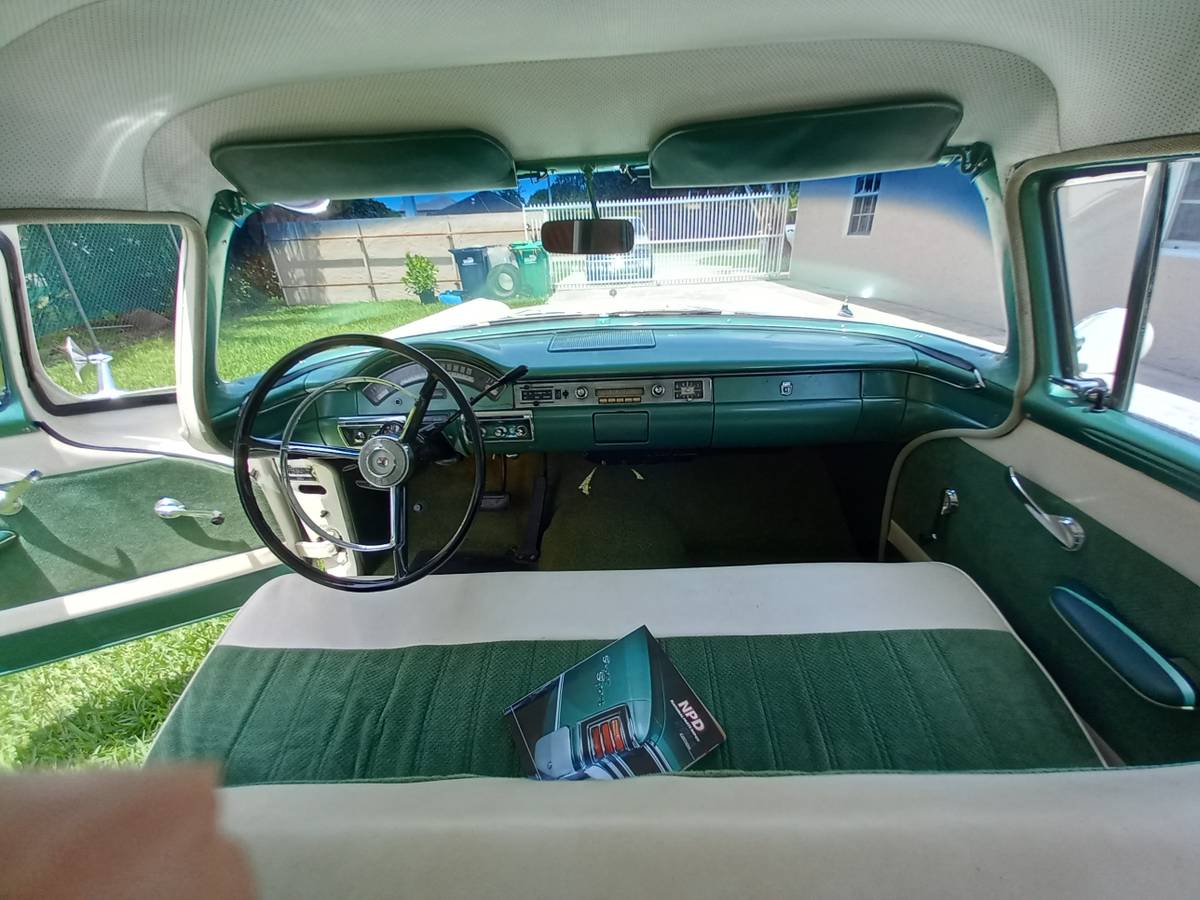 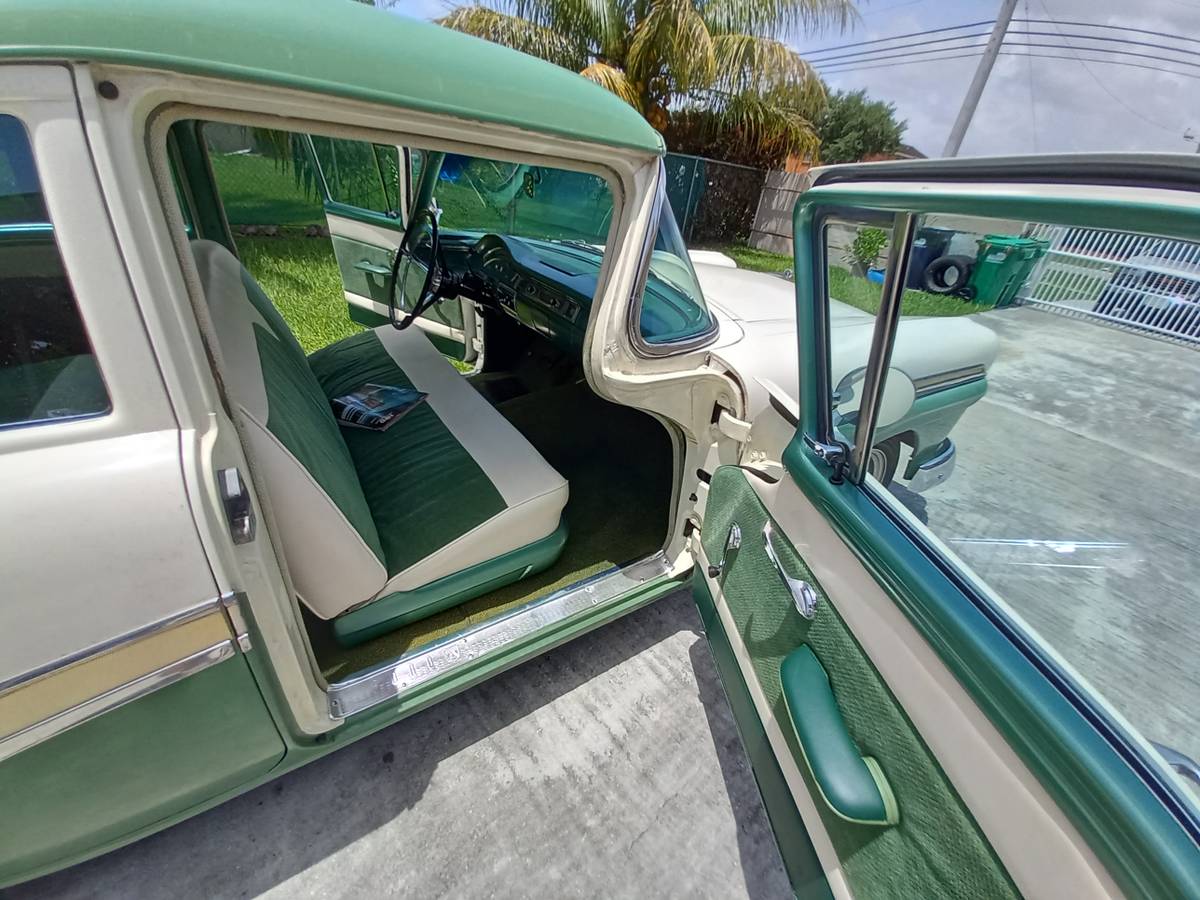 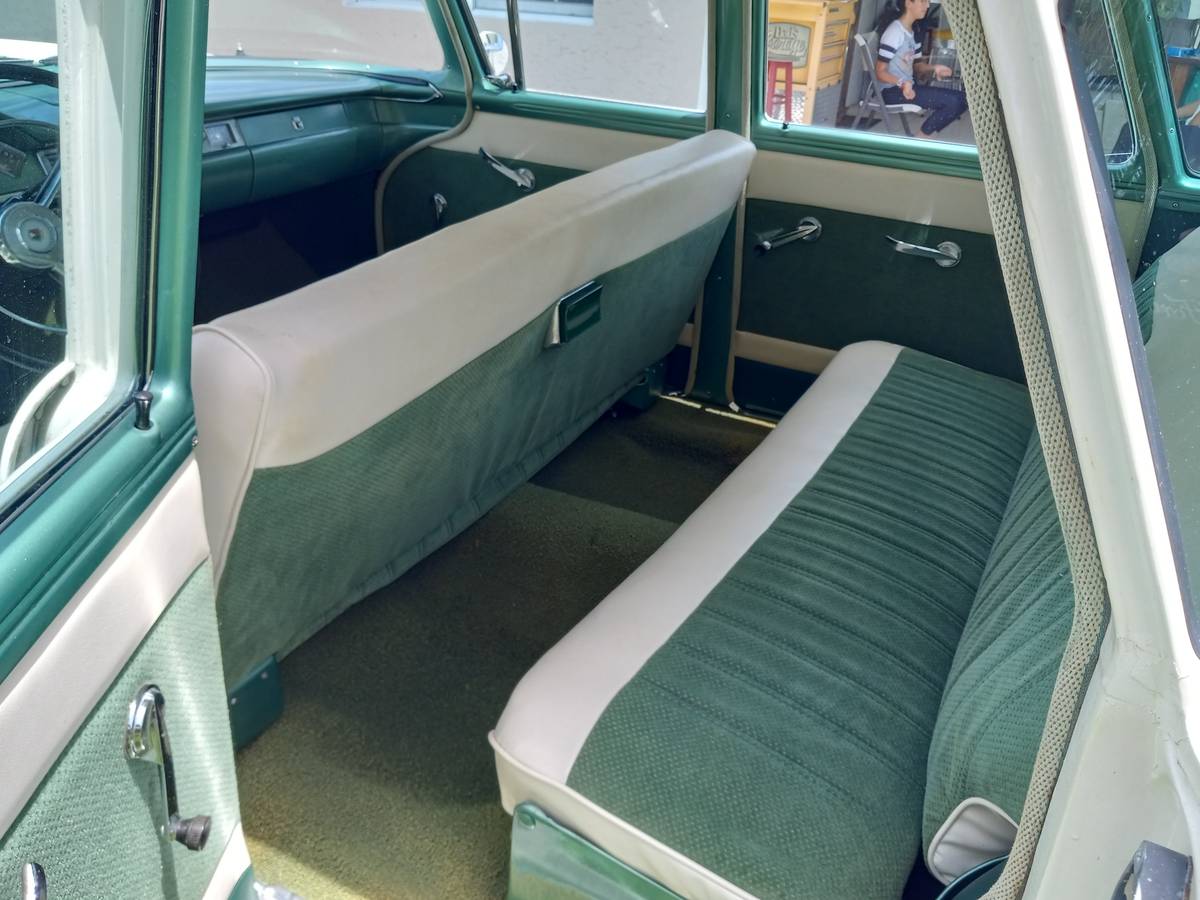 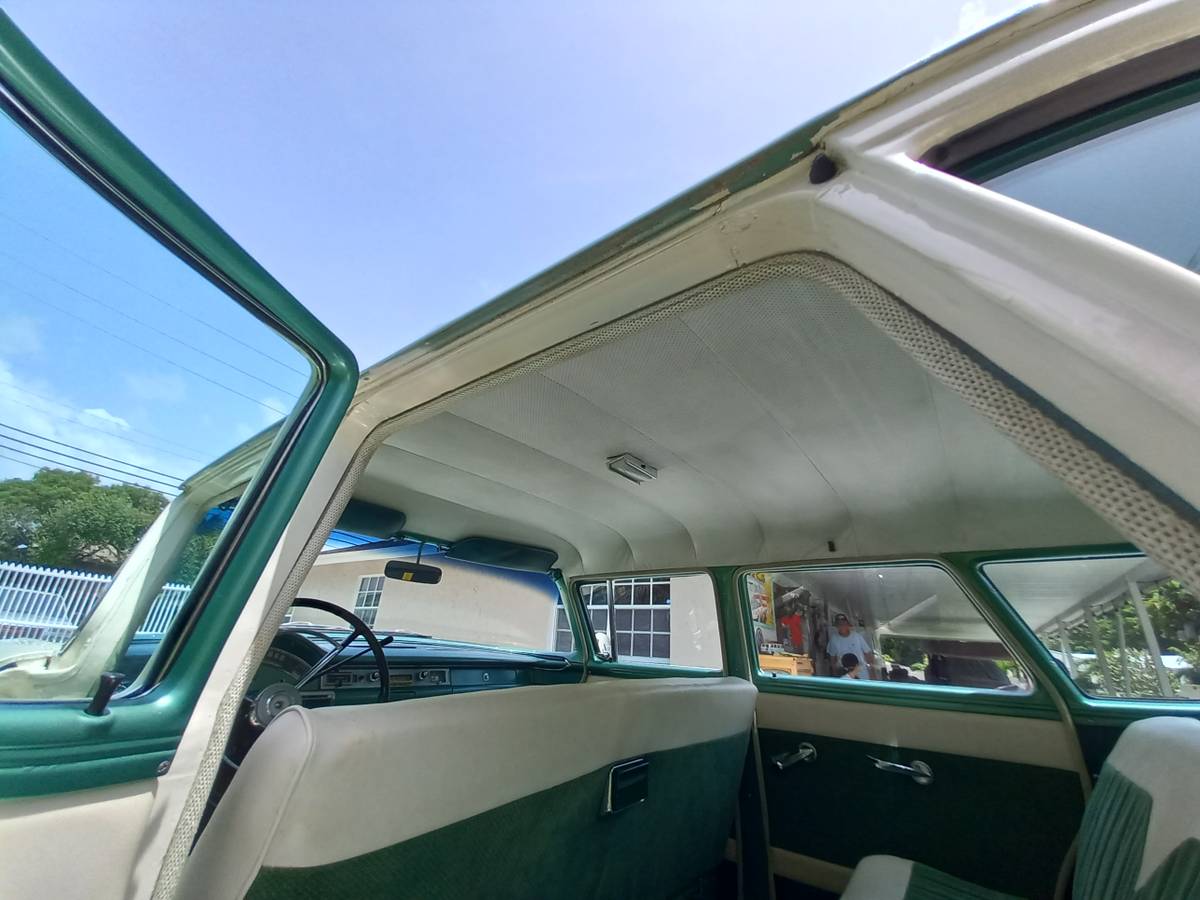 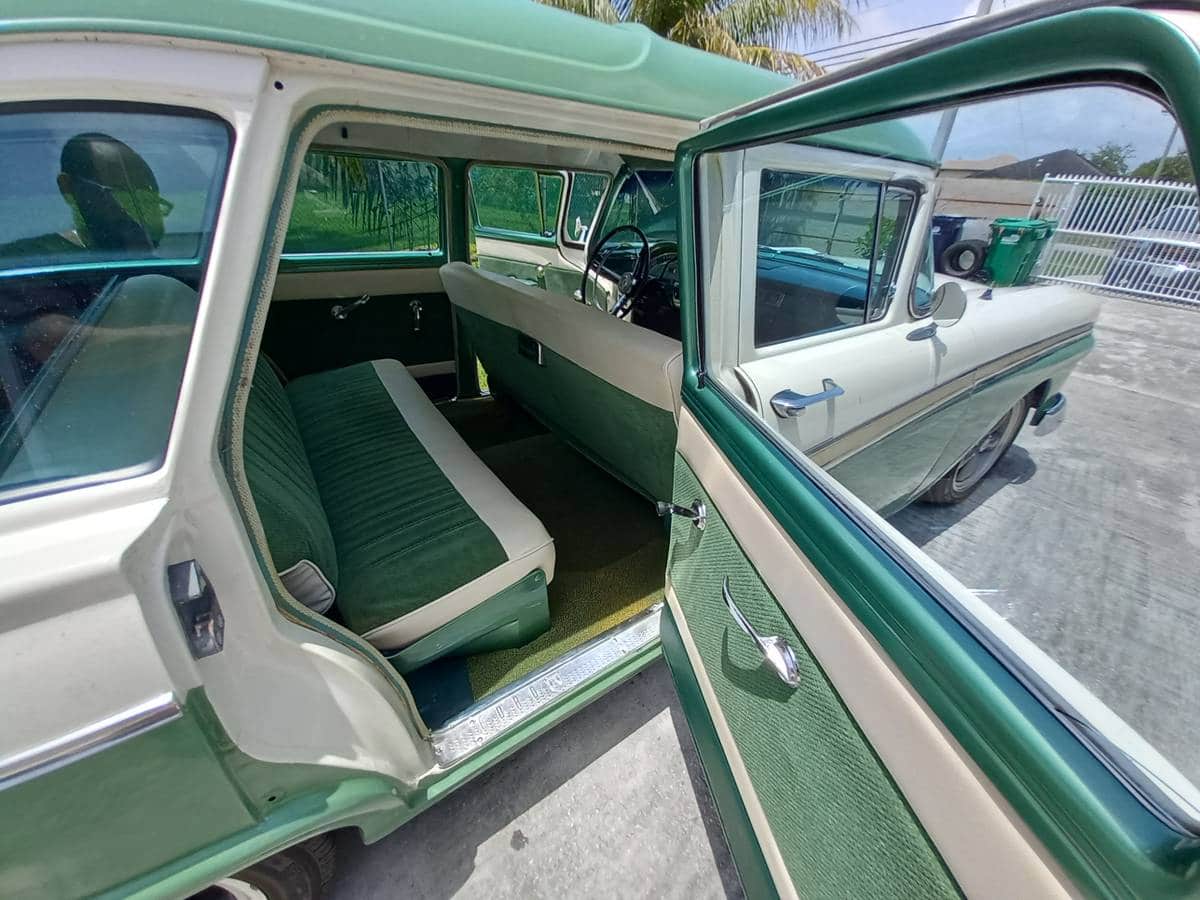 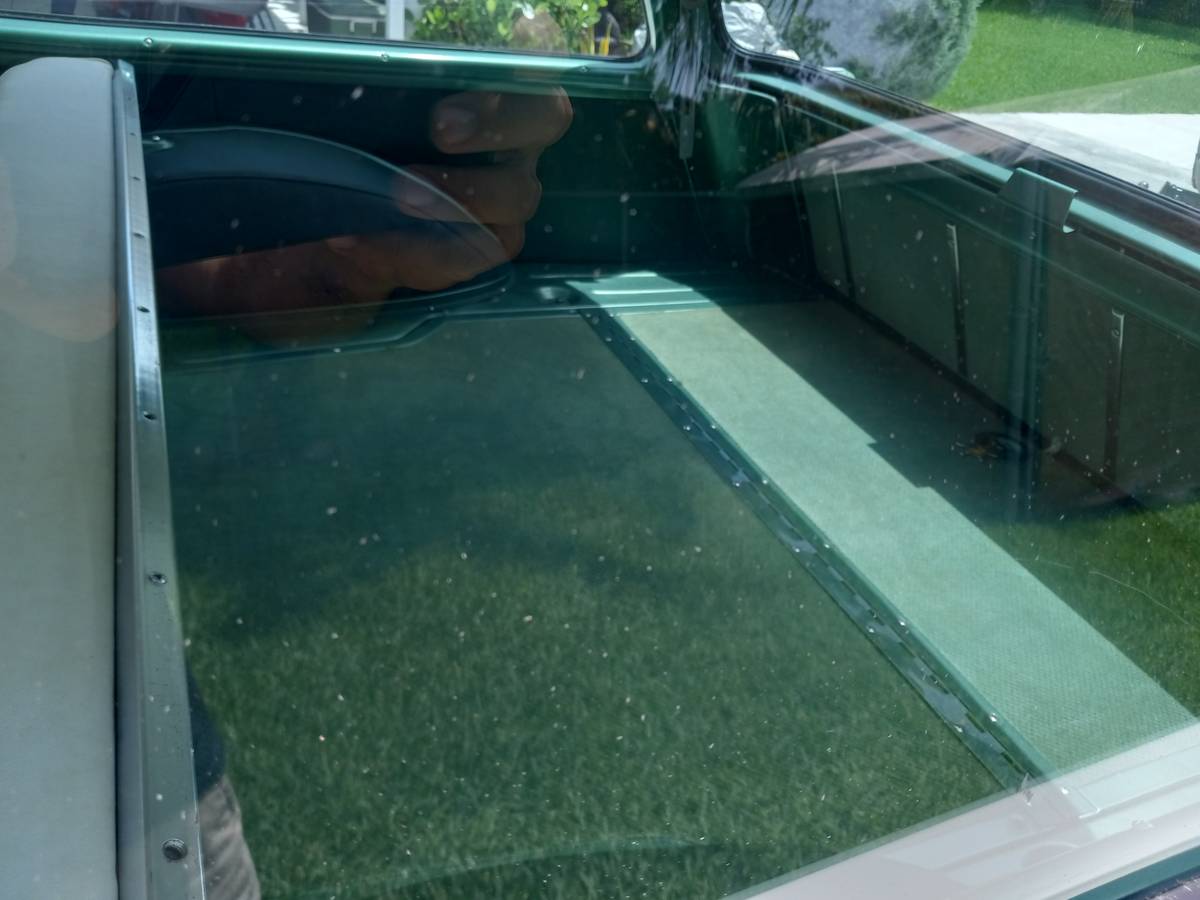 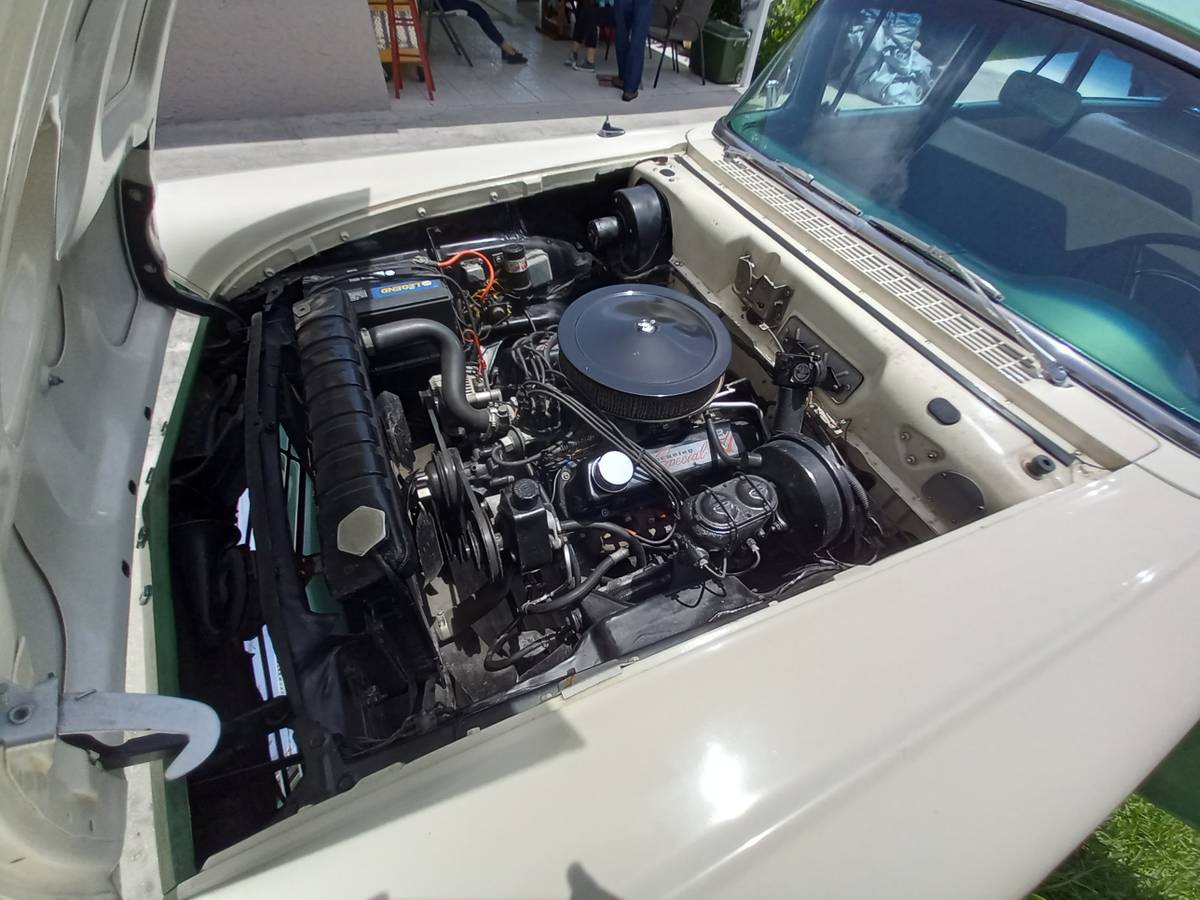 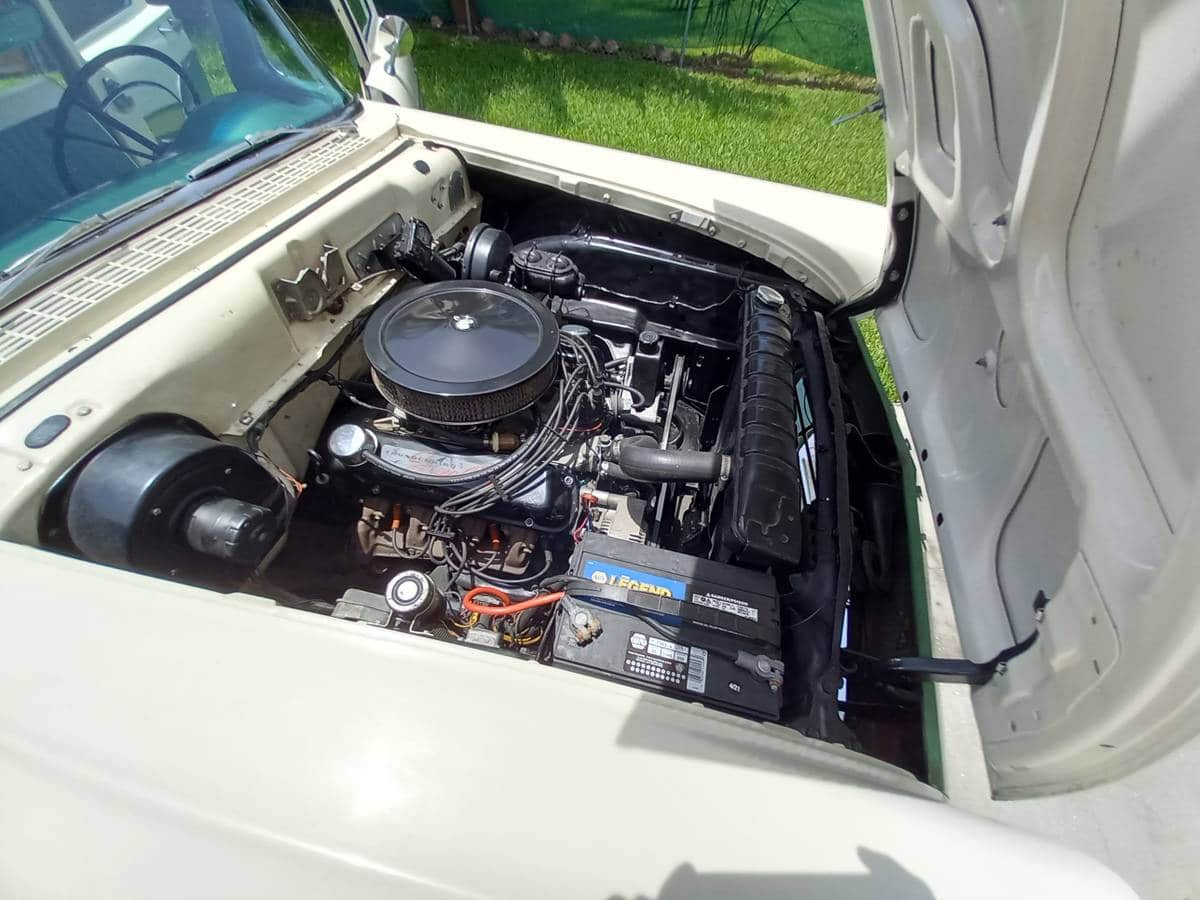 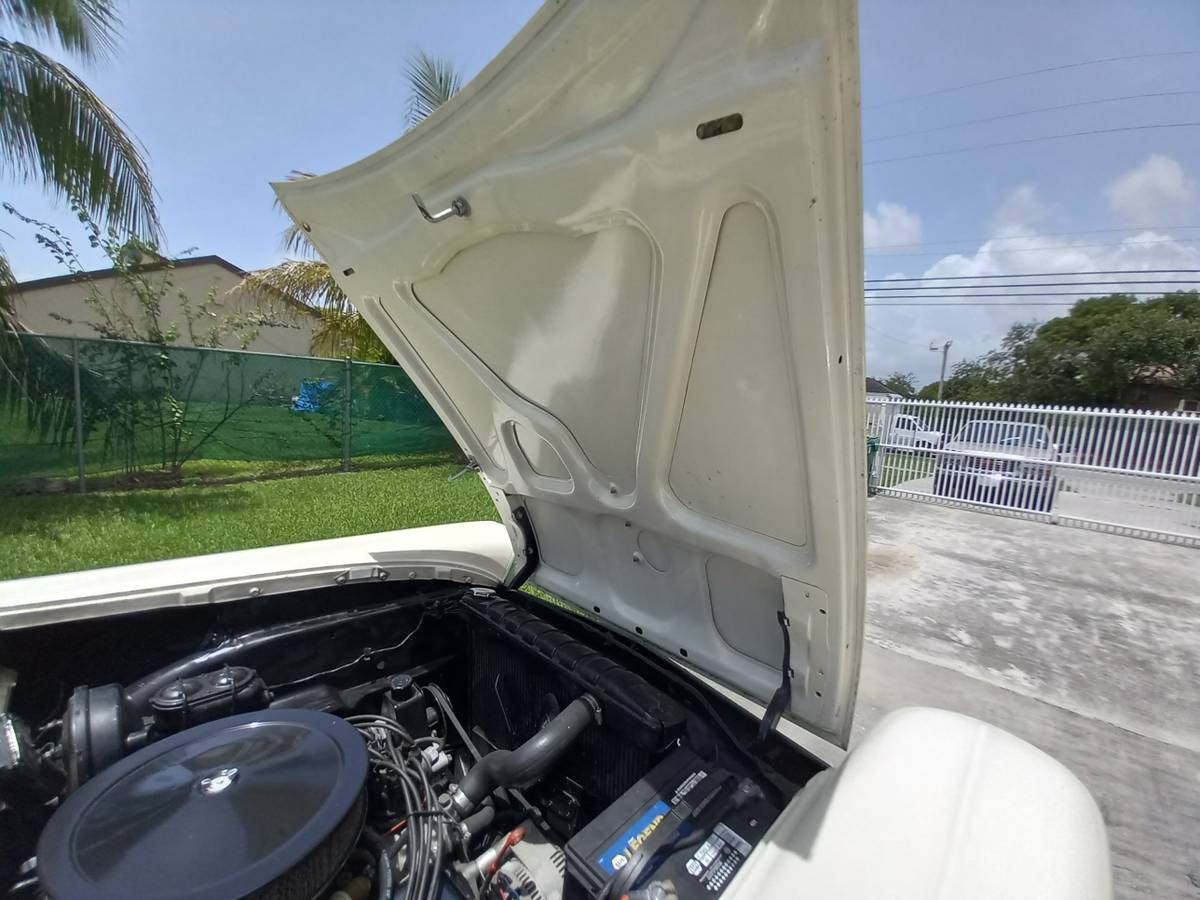 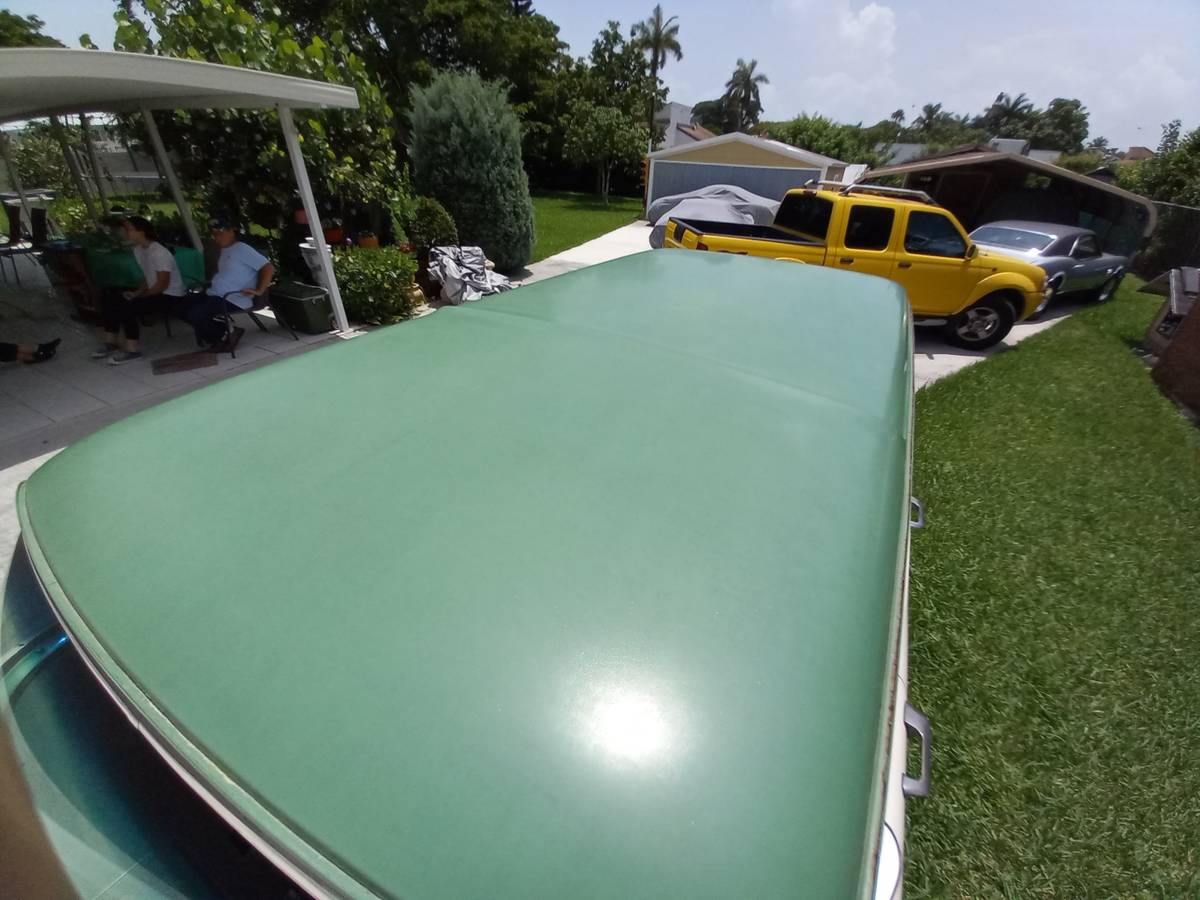 July 26, 2022, Update – We just confirmed the listing for this “Classifind” expired, so with no replacement found we’re assuming this ride “Sold?” While this one got away, please reach out either by email or call us directly if you’d like to be informed when we come across something similar.

In 1957, Ford completely revamped its full-size lineup with an all-new chassis supporting a larger body featuring longer flanks and distinct tailfins. Ford also increased the number of trim levels available, with the middle of the line now being the Custom 300. The station wagon version of this top trim level was the Country Sedan, which did not feature the faux wood paneling of the top-trim, Fairlane 500 based, Country Squire

This green and cream 1957 Ford Country Sedan, originally listed in June 2022 on Craigslist in Miami, Florida, appears to be a mildly modified example. Besides the obvious five-spoke, American Racing rims, other modifications appear mainly under the hood where a 347 cubic inch (a stroker version of Ford’s 302 cubic inch small block) V8 mated to a Ford C6 automatic provides this Country Squire’s motivation. The cloth interior pays homage to the car’s original two-tone theme. Unfortunately, the seller incorrectly labeled their ad’s title as “Country Squire.”

Currently offered for $24,000, Classic.com, the analytics and search engine for the collector car market, confirms the ask is well below the five-year rolling average of this guide’s summary for fourth-generation Ford Country Sedans produced between 1957 and 1959.  By clicking on the green dots in the graph below, you can navigate to each comparable car sold as a way to help you evaluate the price of the truck featured here:

In 1957, the Ford model line underwent its first complete redesign for the first time since 1952. In line with other American manufacturers, a central part of the redesign was lower body height, requiring an all-new chassis to accommodate a lower floor.

Coinciding with the use of a lower-body and interior floor, the fourth generation was wider than its predecessor, increasing from eight passenger-seating to nine for the first time.  For the fourth-generation Country Squire, Ford returned to extensive annual model revisions, with only the roofline and doors shared between all three model years. For 1957 27,690 were manufactured with a listed retail price of $2,556.

The 1957 Ford chassis was a split-wheelbase platform; the 118-inch wheelbase was exclusive to the Fairlane, with Ford (and Edsel) station wagons sharing a 116-inch wheelbase with the Ford Custom.  To allow for a lower floor, the frame layout changed from a truck-style ladder frame to a perimeter frame. A configuration used until the 2011 discontinuation of the Ford Crown Victoria, the perimeter frame allowed the floorpan to sit between the frame rails (instead of above them). To further reduce vehicle height, the rear leaf springs were moved outboard of the frame rails and the wheels were decreased in diameter from 15 to 14 inches.

In a major shift, for 1957, Ford station wagons no longer shared a body with a Mercury counterpart; instead, the body was developed for the Edsel line of station wagons, with the Country Squire becoming the counterpart of the Edsel Bermuda (distinguished by its combination of woodgrain sides and two-tone paint). While based on the shorter wheelbase of the Ford Custom, the Country Squire still shared trim with the Fairlane. Along with Ford sedans, the Country Squire adopted several design elements of the 1957 Ford Thunderbird, including its wraparound windshield (restyled with a forward-slanted A-pillar), short tailfins, and large round taillamps.

To further expand load capacity, engineers redesigned the folding mechanism of the middle seat, allowing for a completely flat load floor when stowed (the rear seat still had to be removed). To improve loading, engineers widened the top half of the liftgate by extending it into the car’s D-pillars.

We’re a bit surprised this 1957 Ford Country Sedan station wagon for sale does not feature an air conditioning upgrade, especially considering the car currently resides in Miami.  That would likely be the first upgrade we would look at completing over the winter. Otherwise, based on the pictures provided, the only blemish we note is what appears to be paint blistering on the leading edge of the hood. That’s a clue potential buyers need to inspect this car’s body very carefully.

Show or go: What would you do with this restored 1957 Ford Country Squire?  Please comment below and let us know!