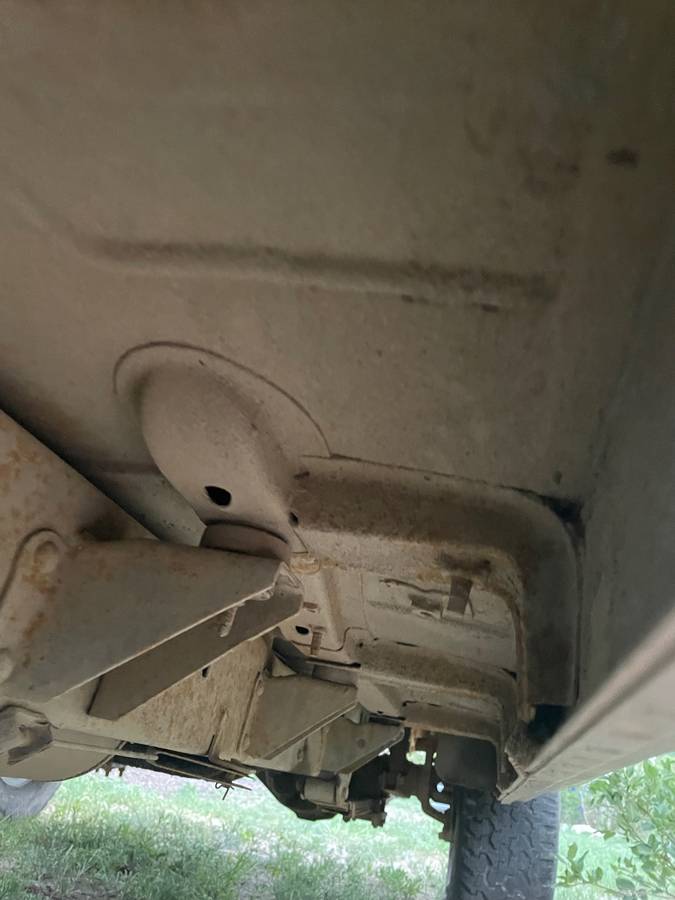 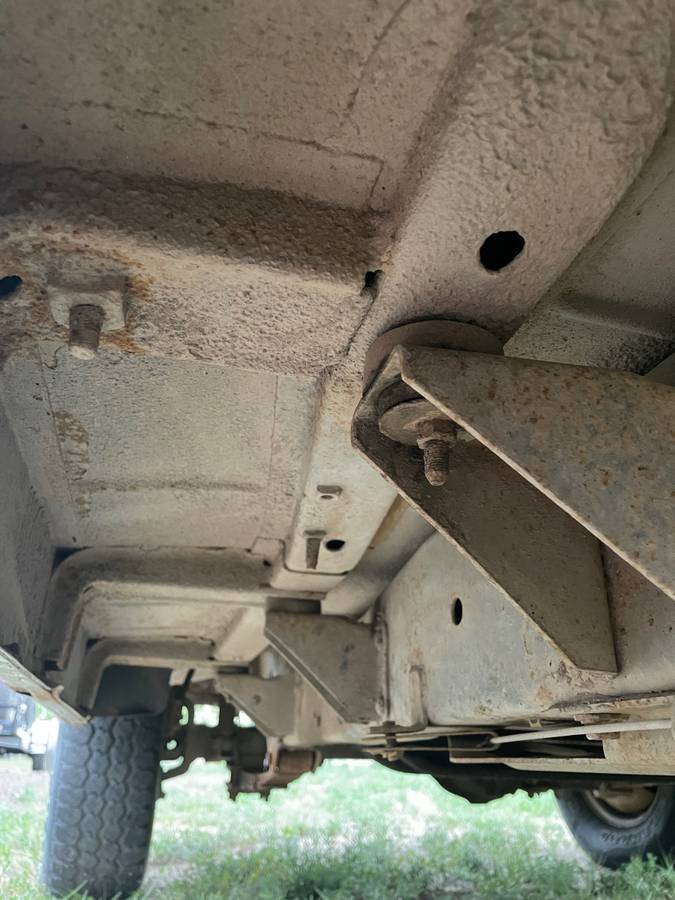 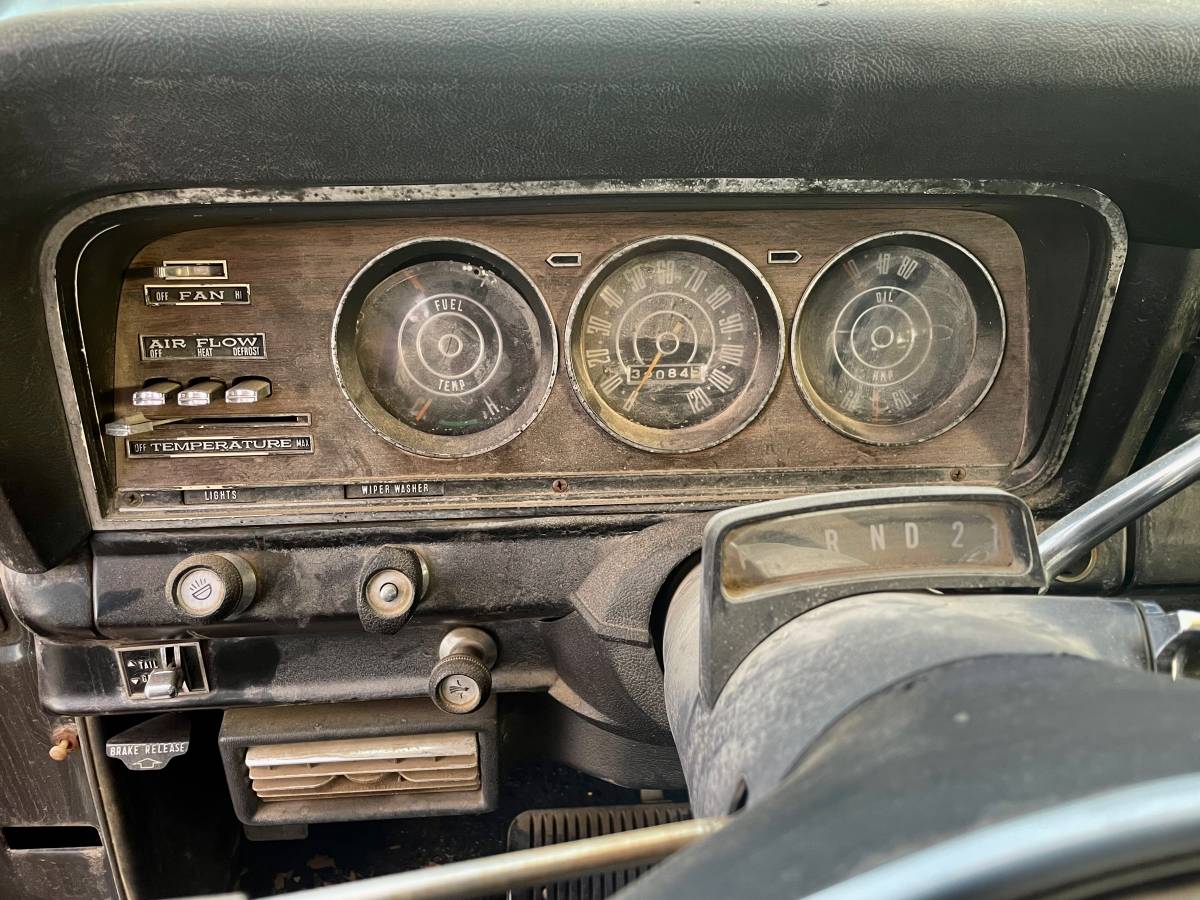 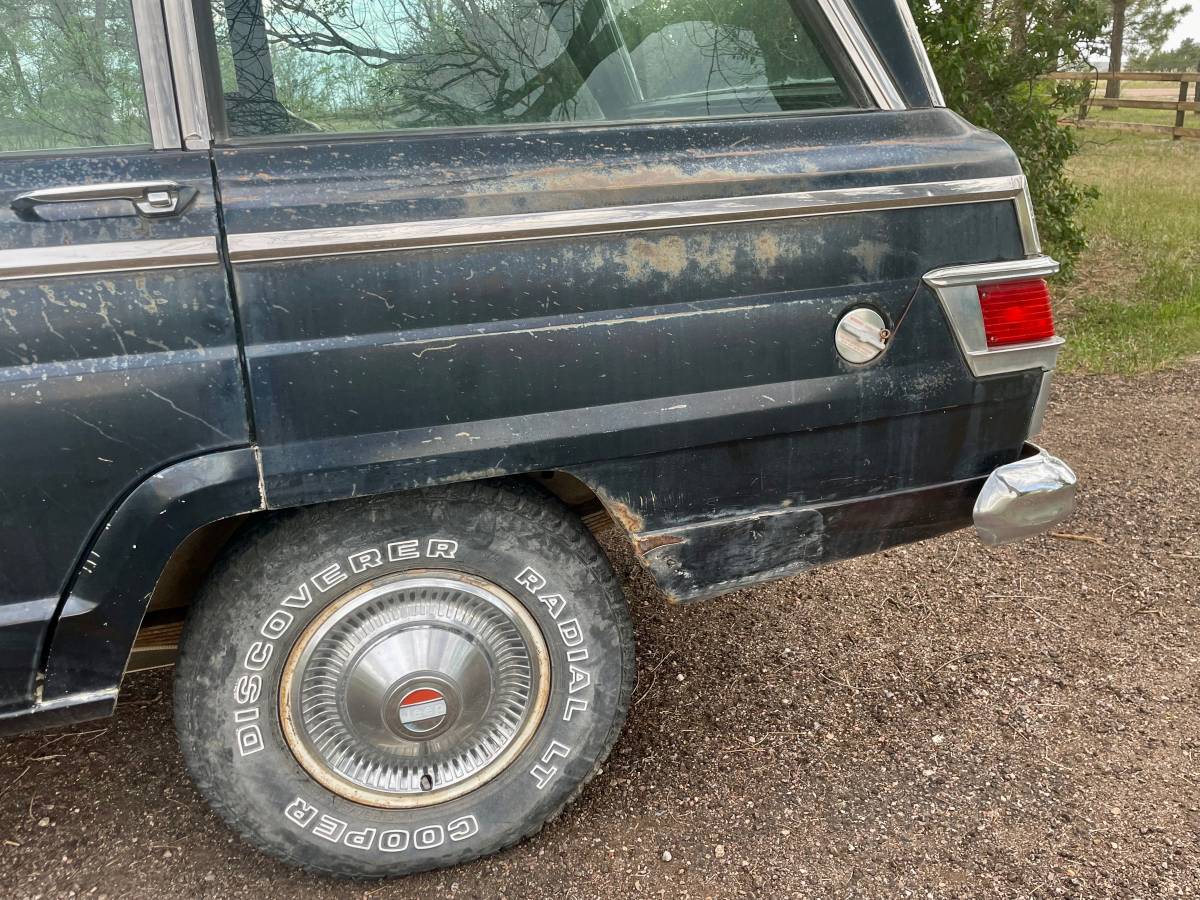 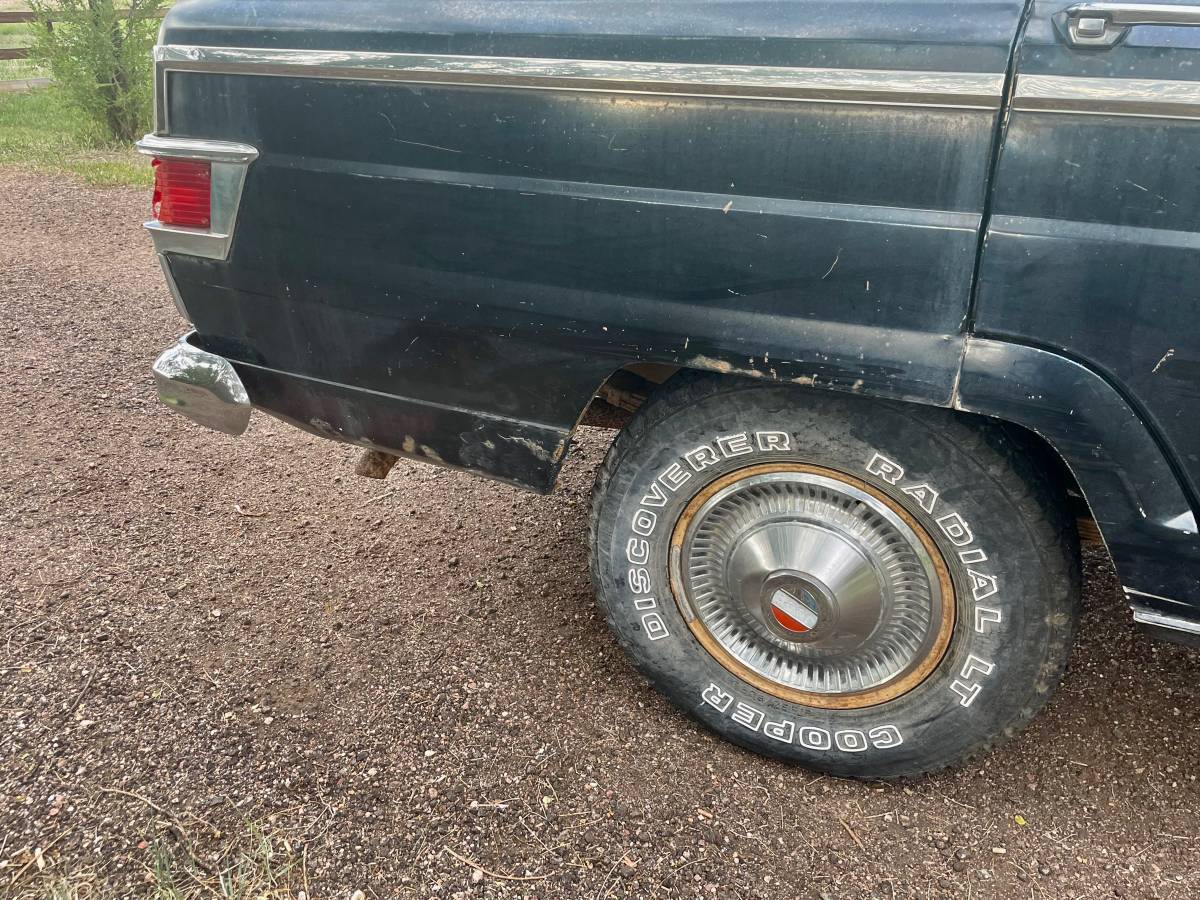 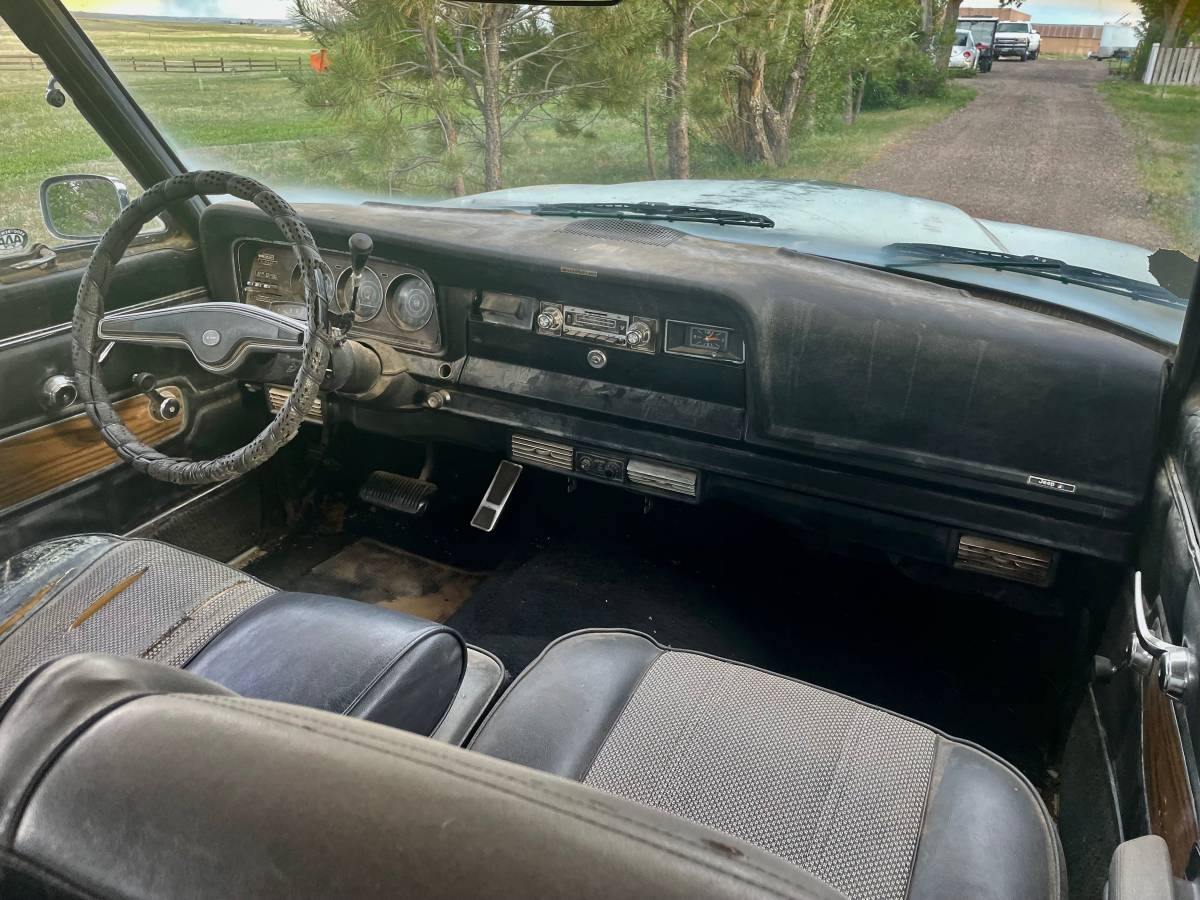 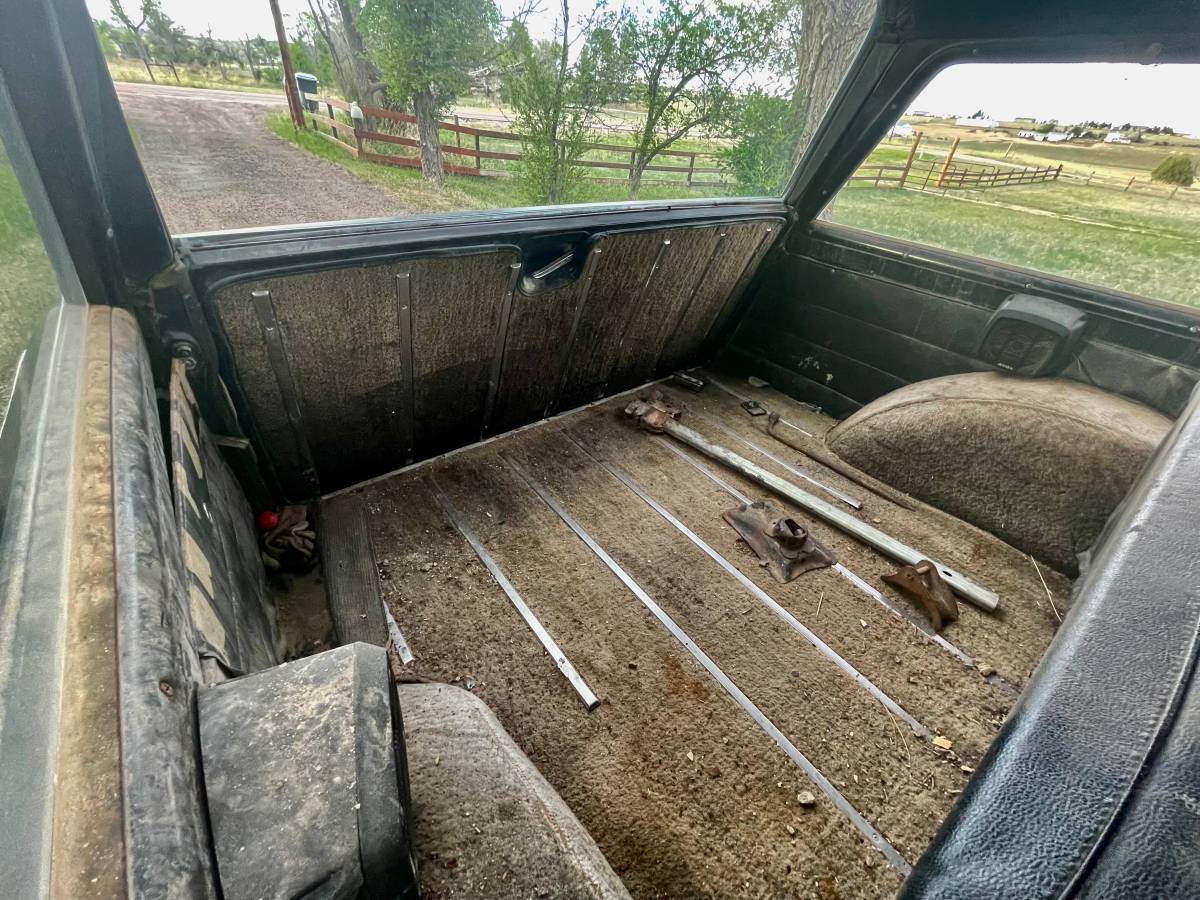 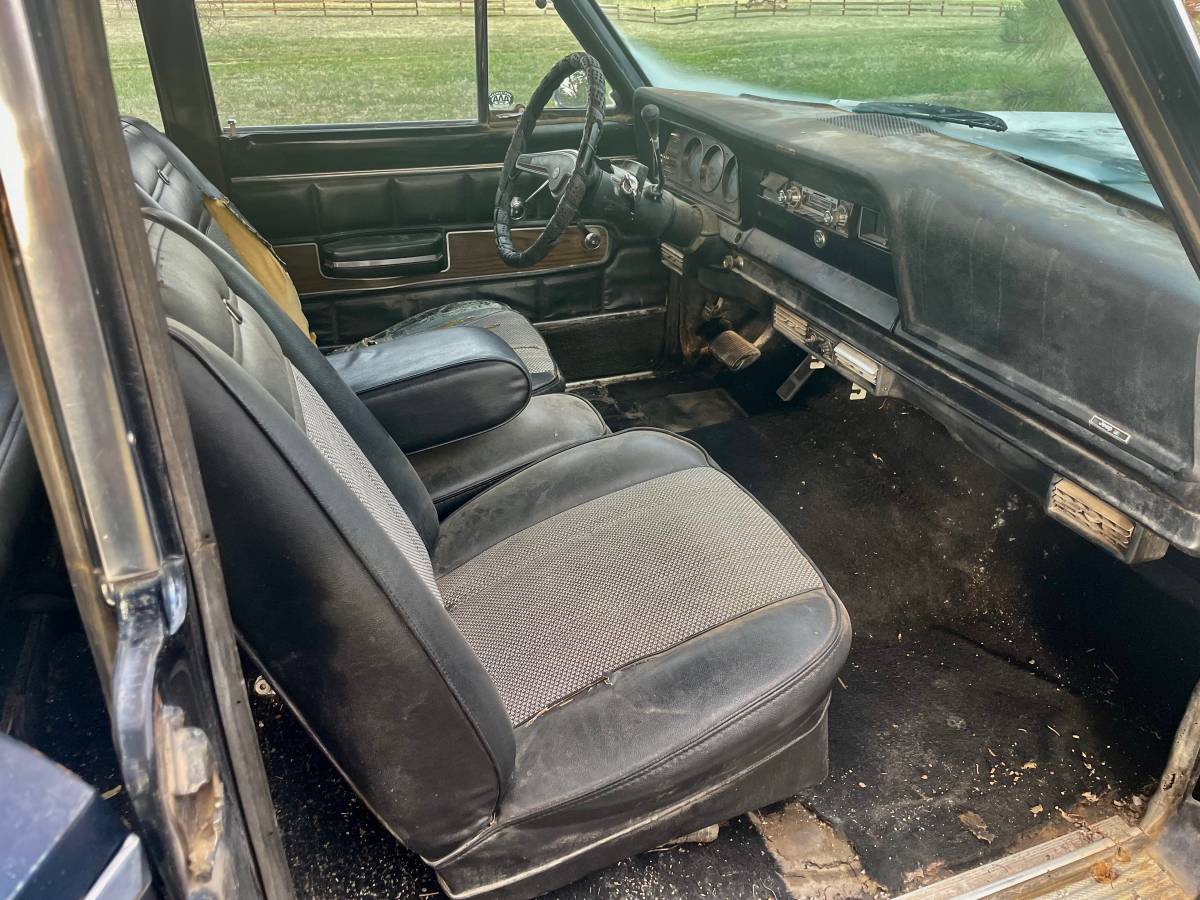 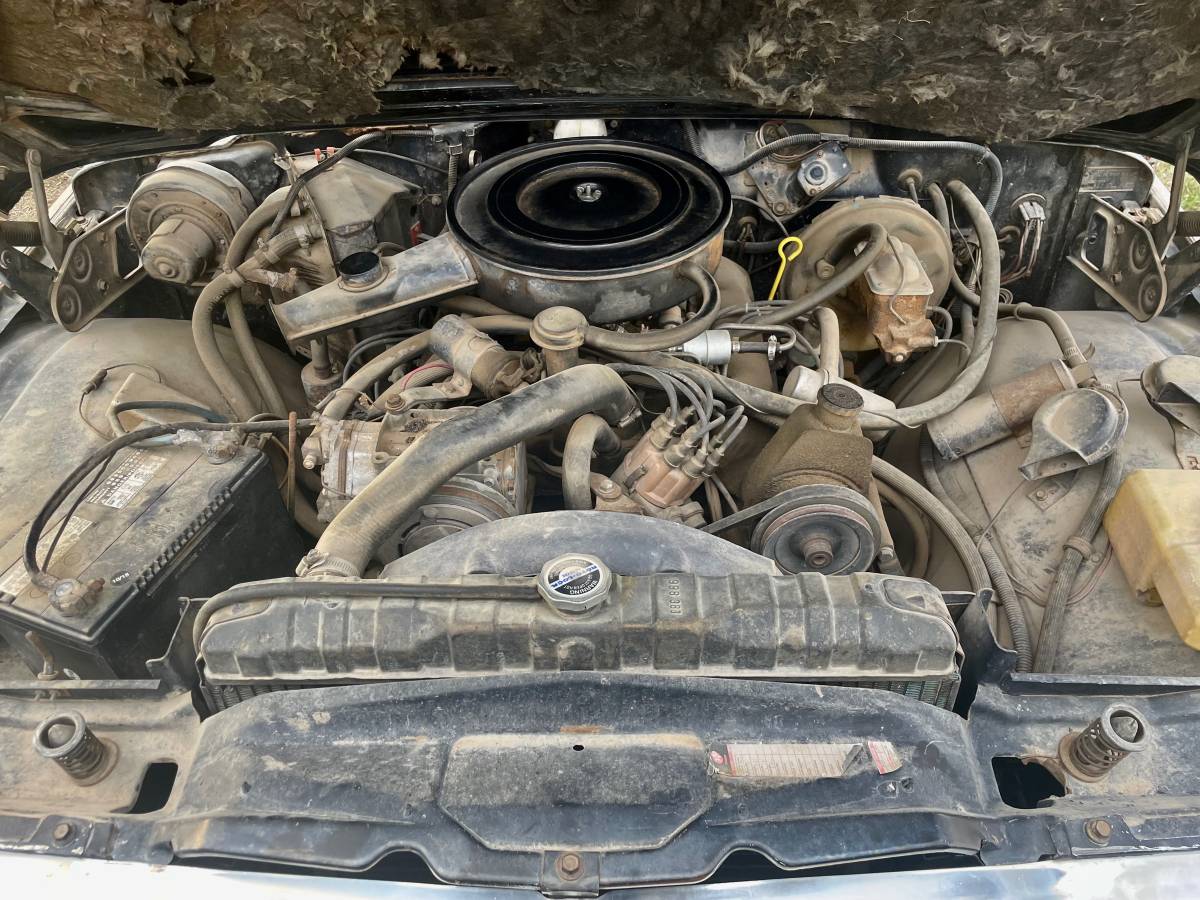 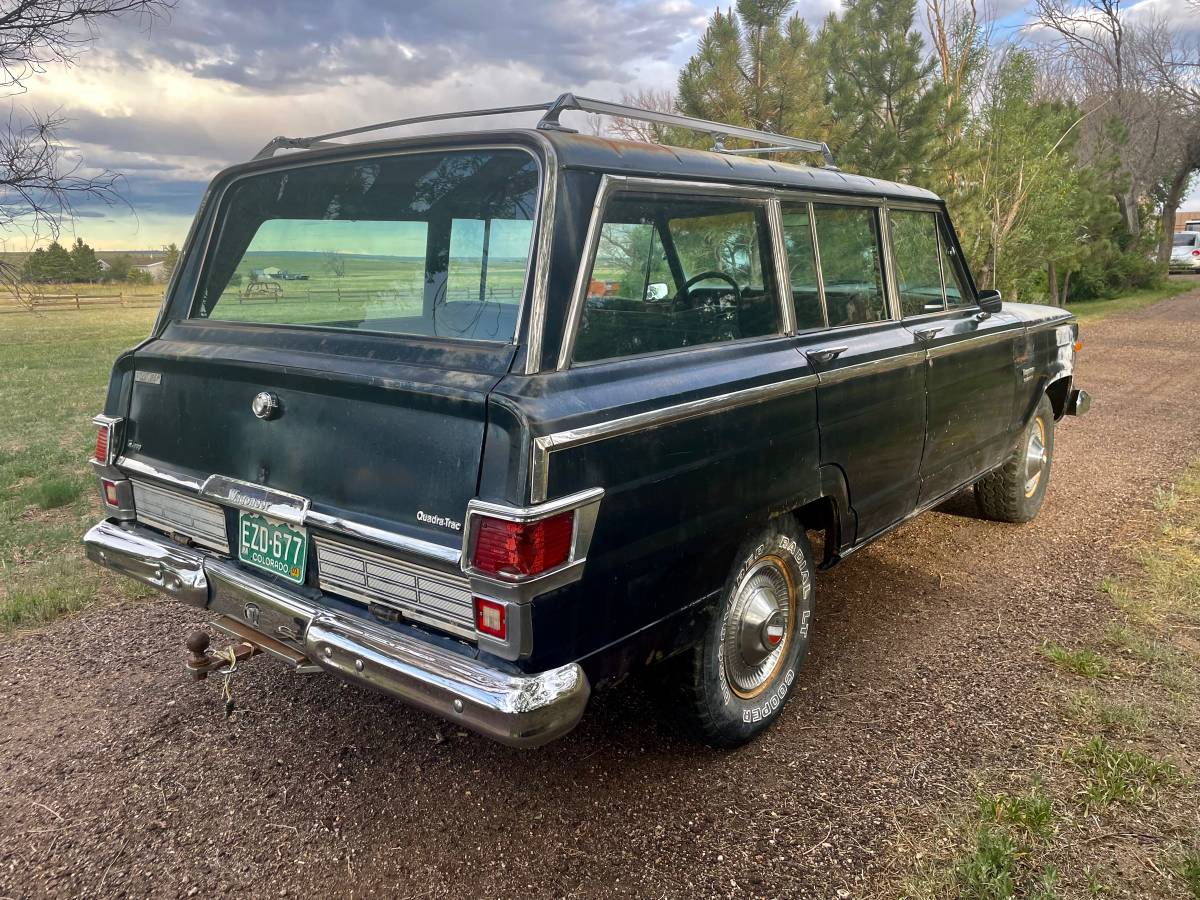 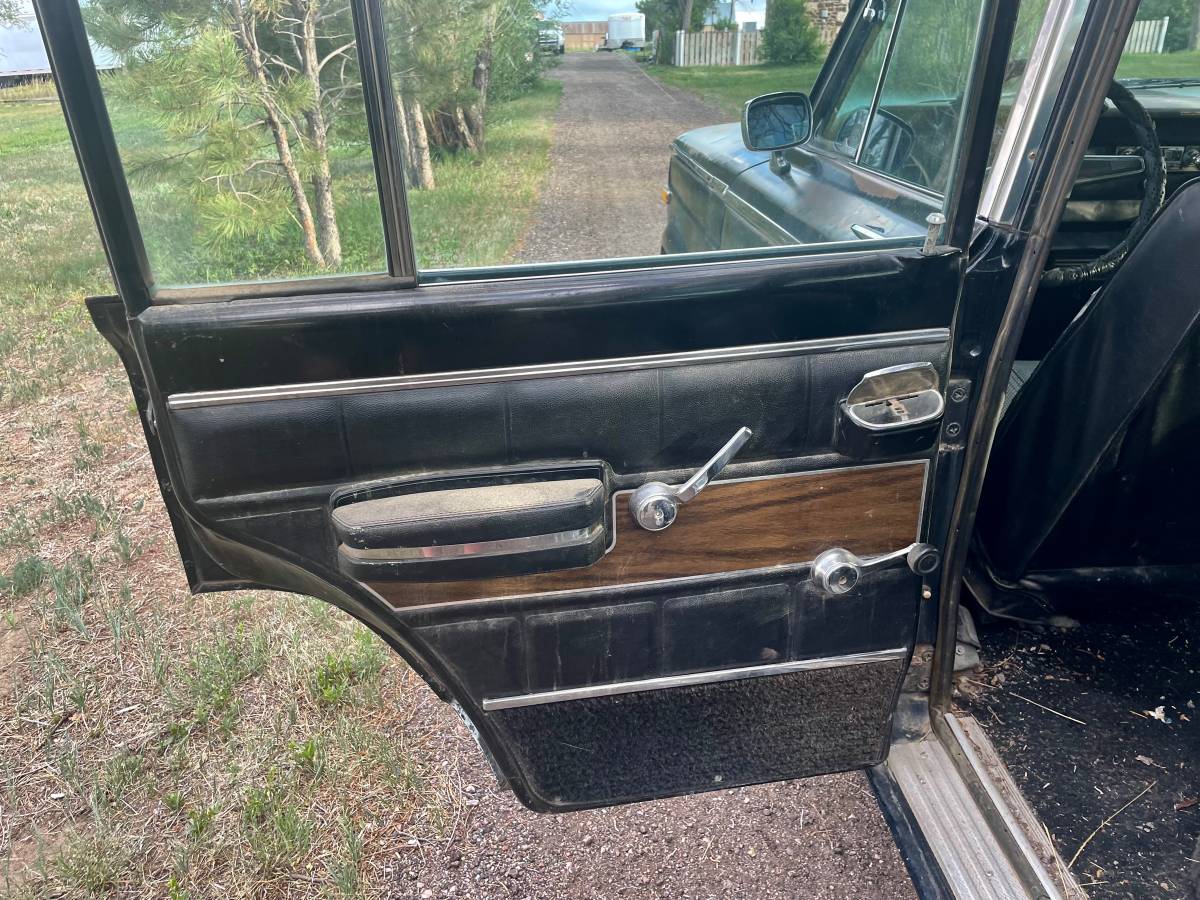 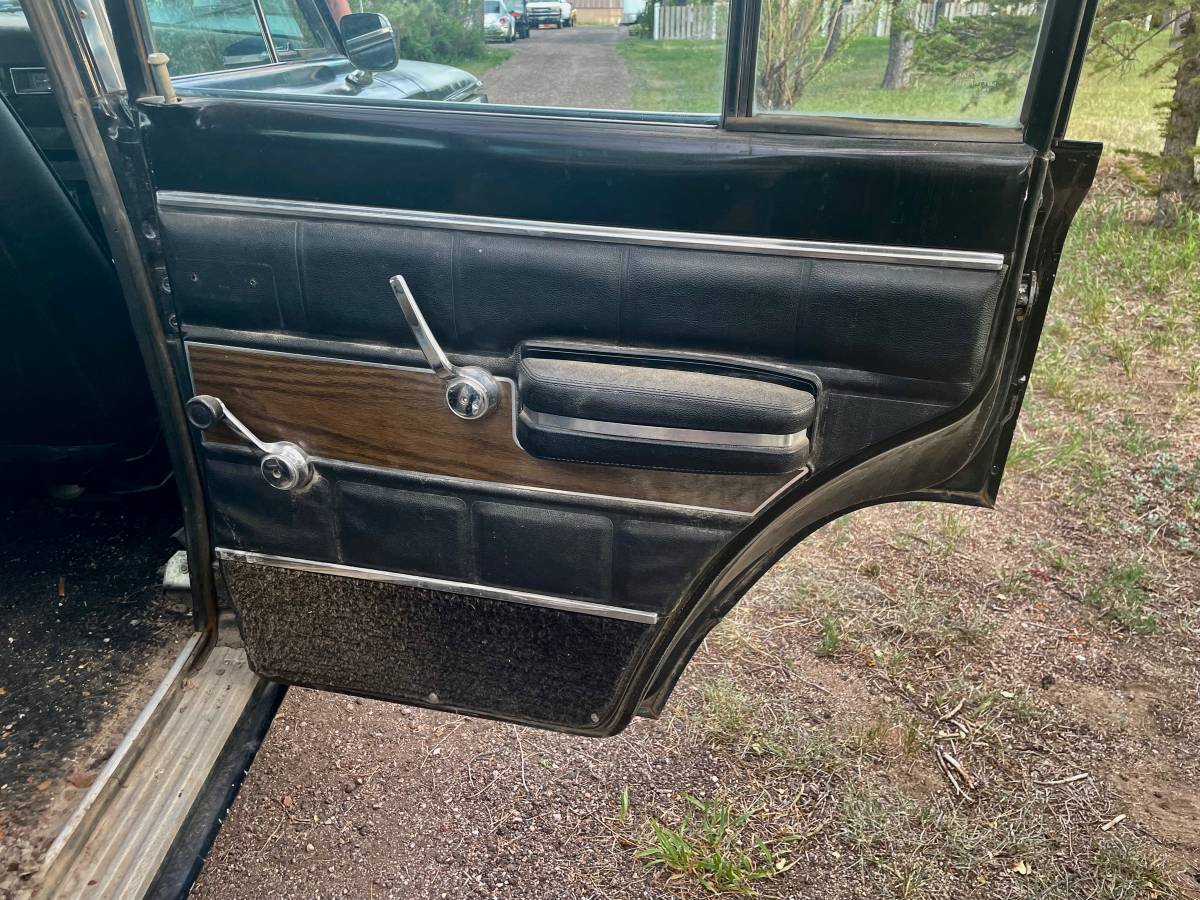 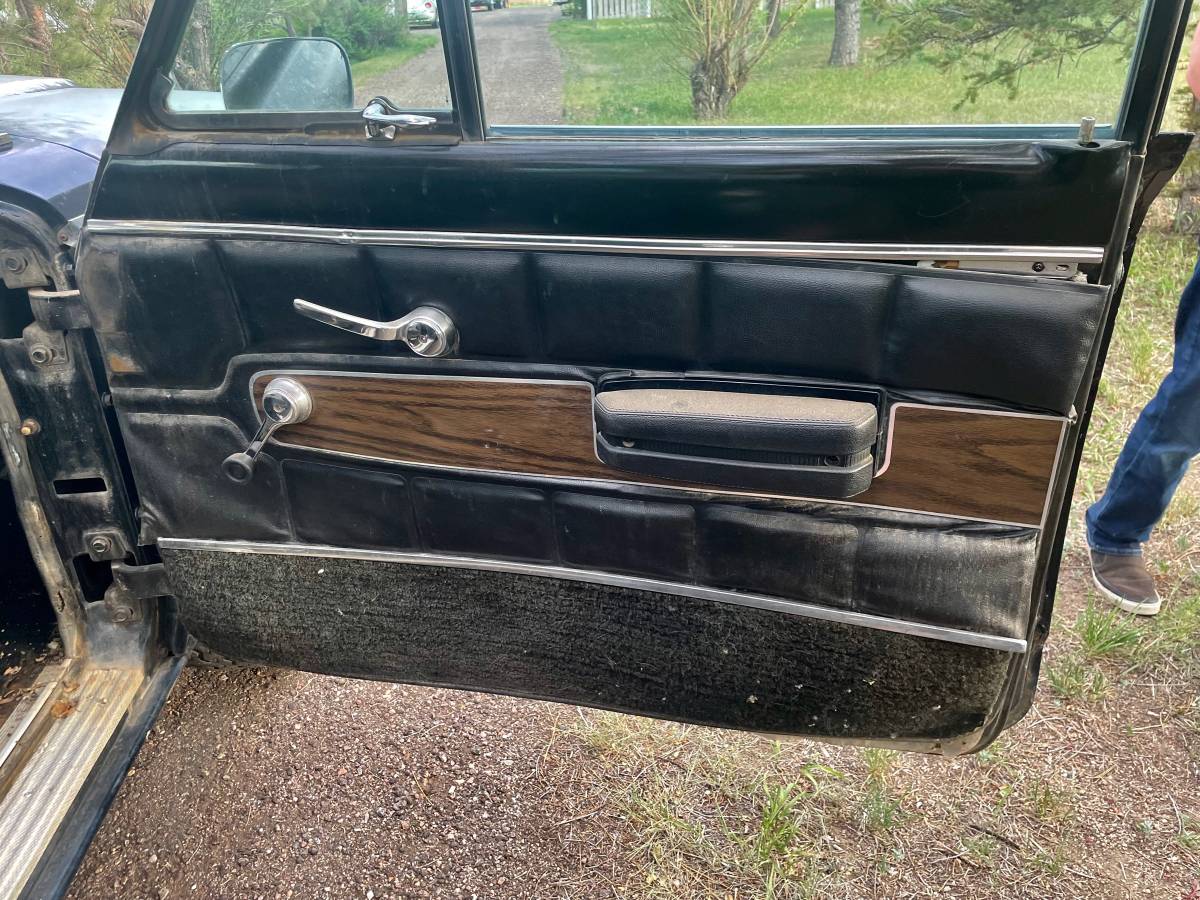 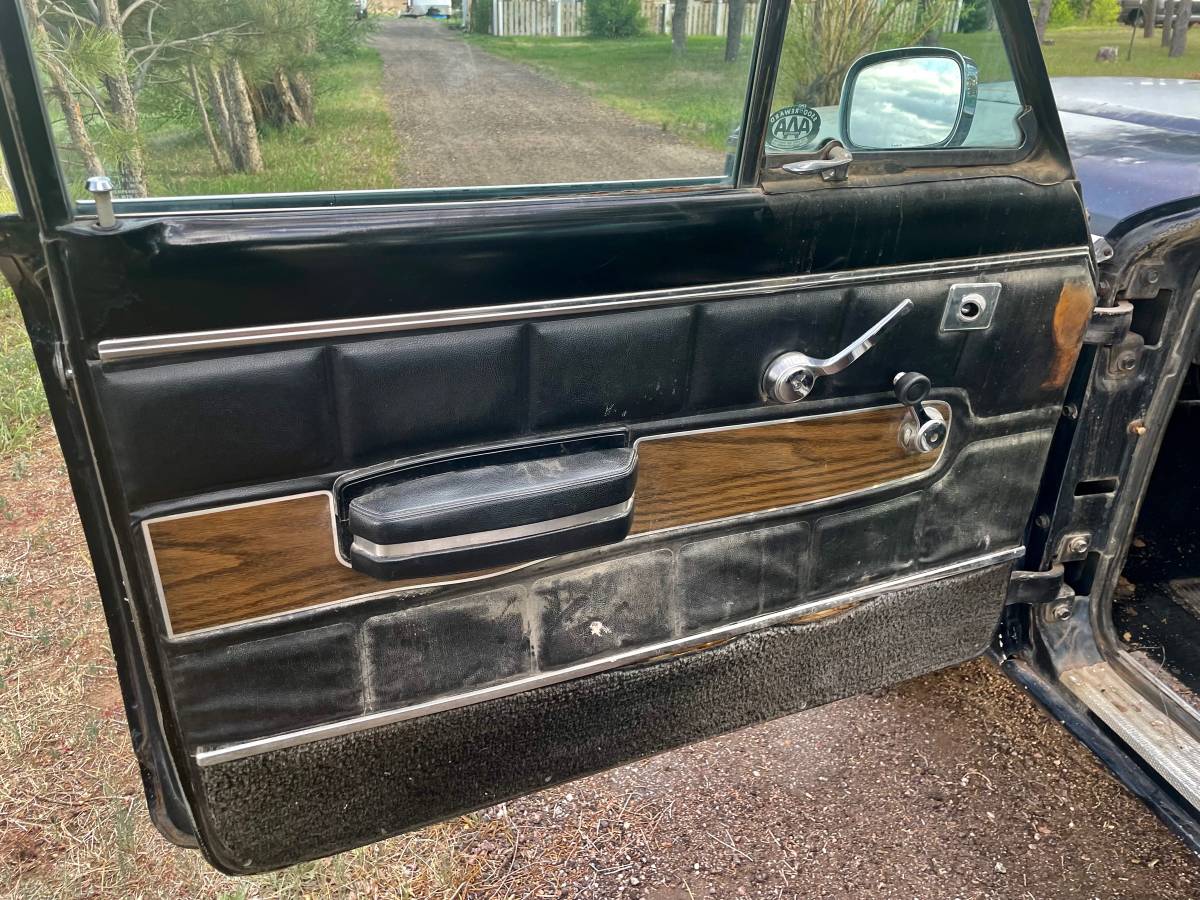 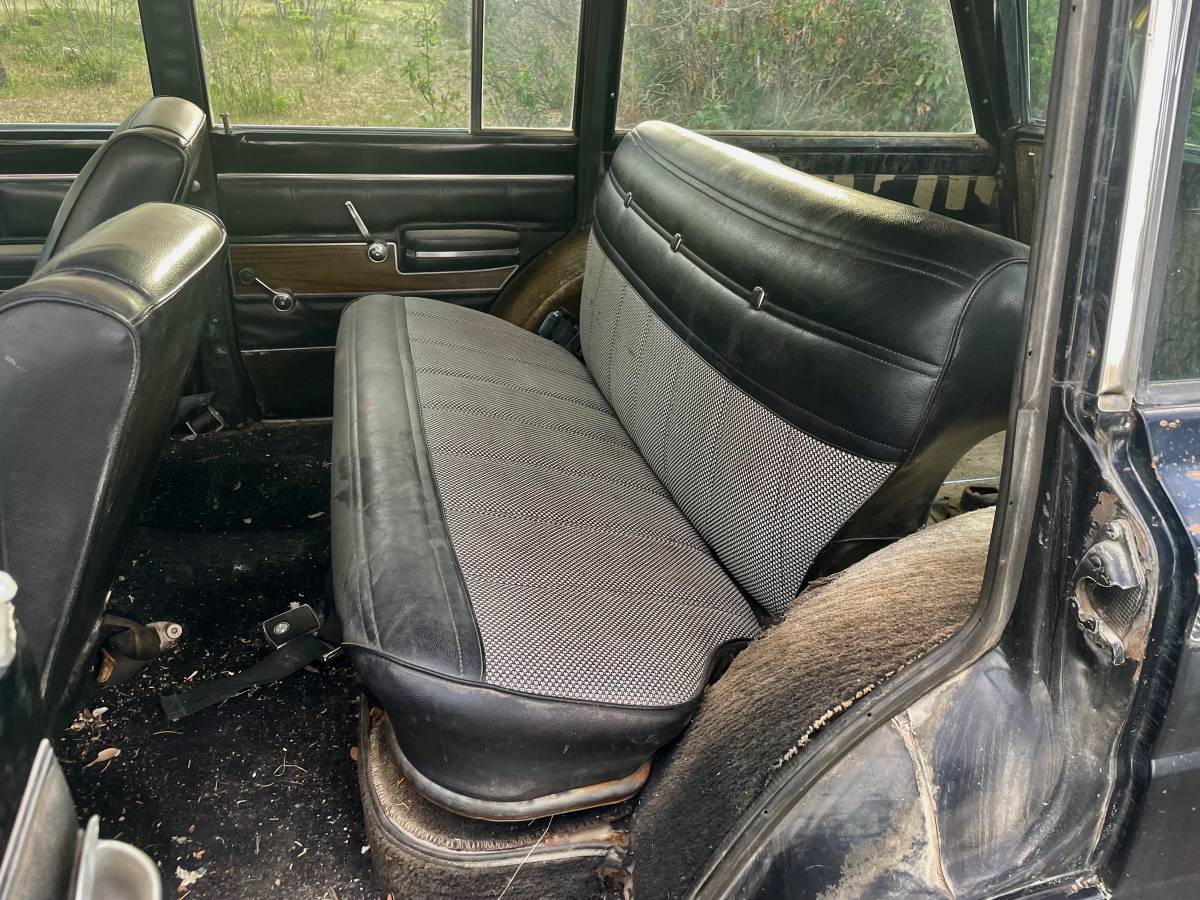 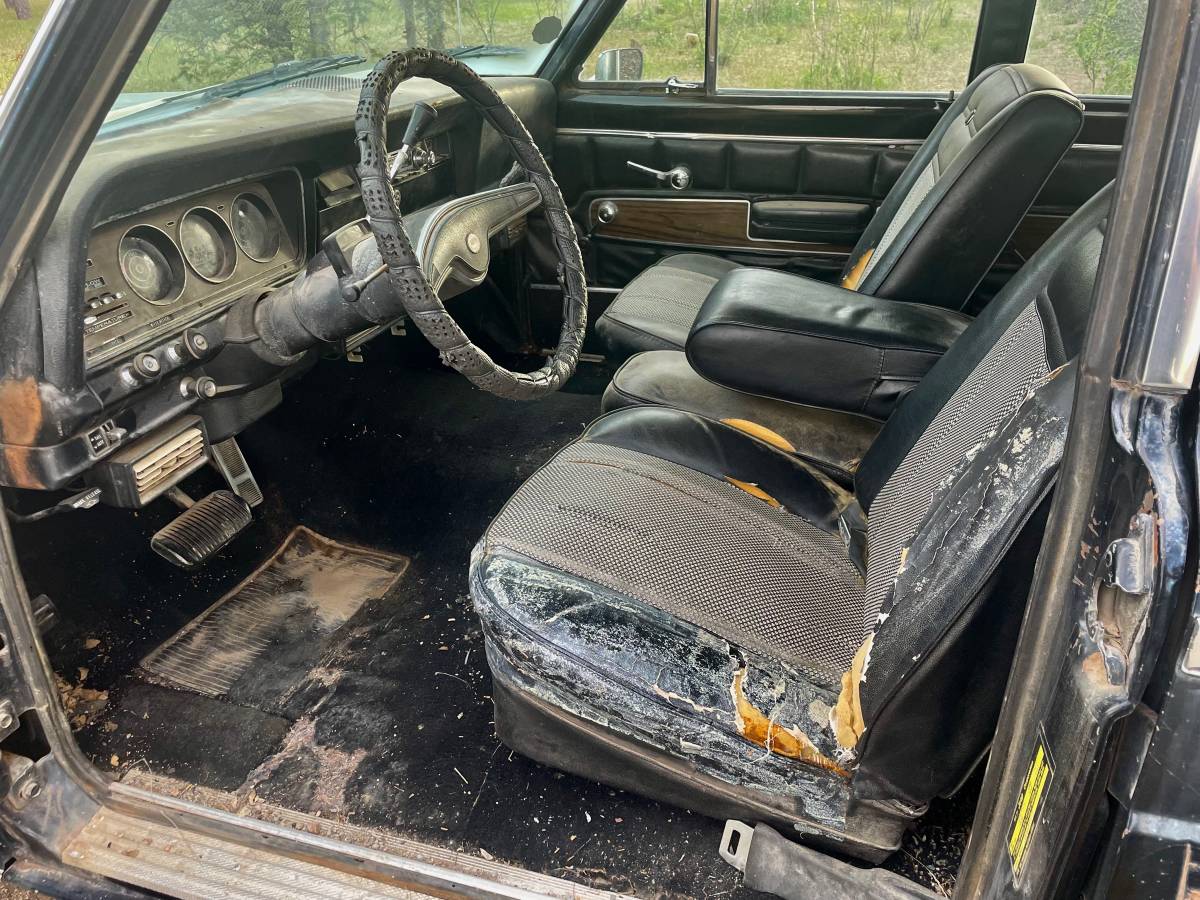 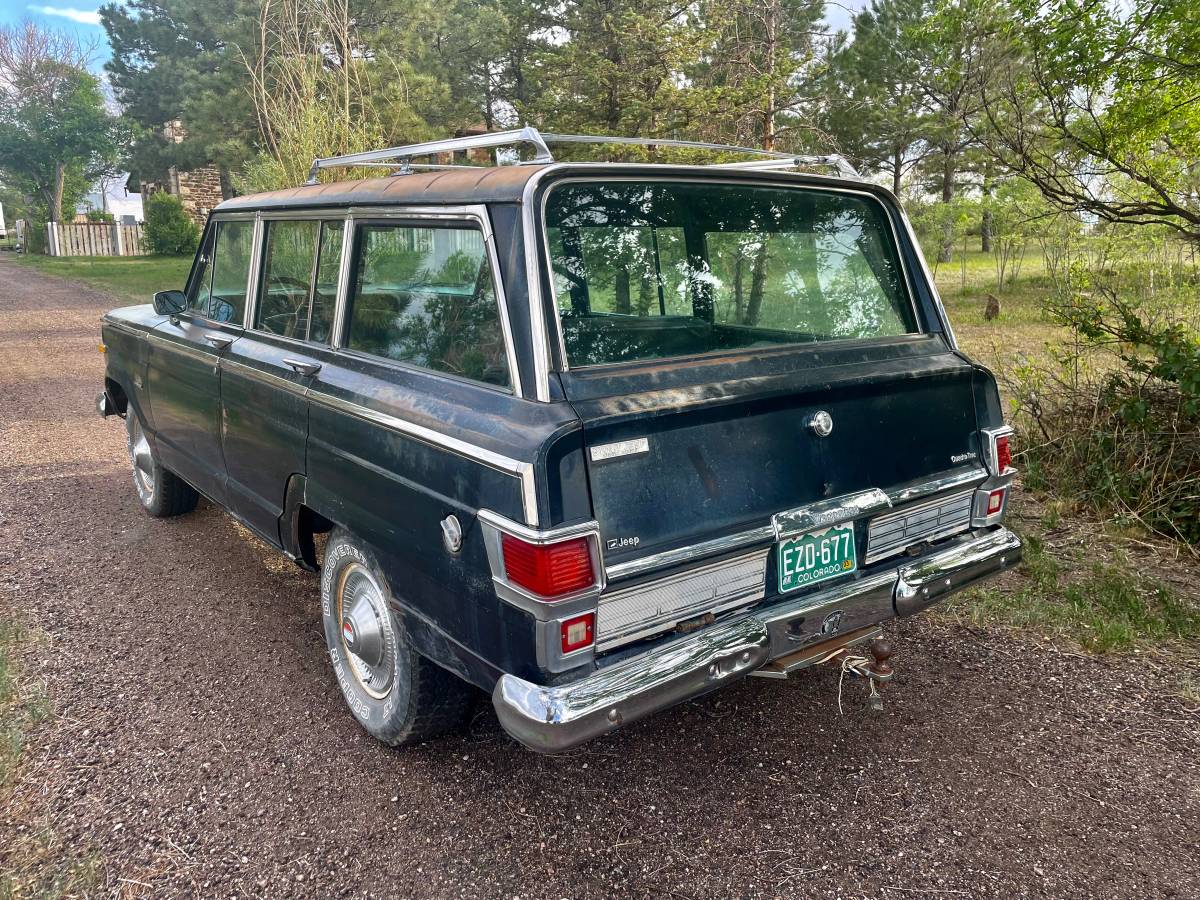 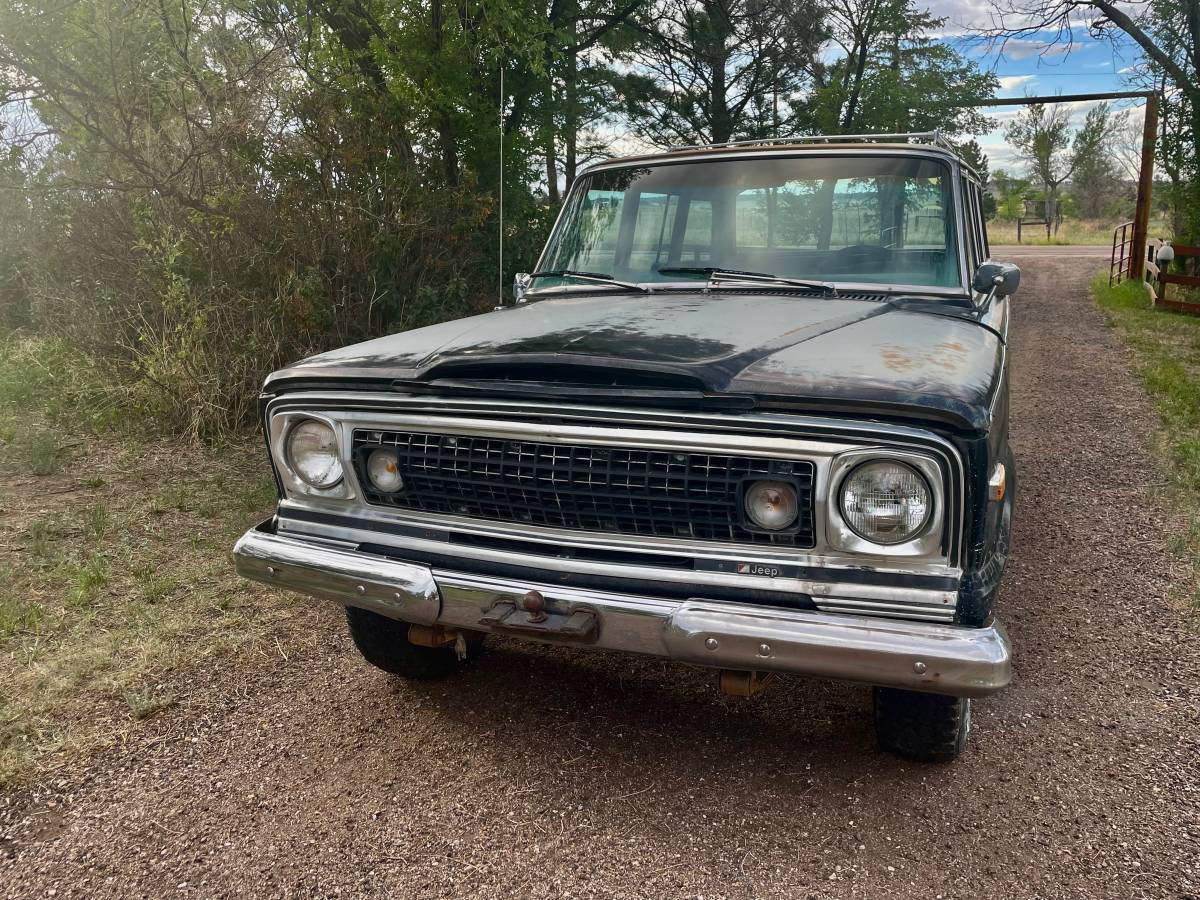 There are several classic vehicles we regularly feature that often cross the line between being featured as a truck or as a wagon. The Jeep SJ Wagoneer is a prime example of this.  Despite three different parent companies (Kaiser, AMC, and Chrylser) over its production run, Jeep continued to make their rugged SJ Grand Wagoneer from 1963 through 1991.  Originally marketed as a go-anywhere station wagon, in 1978 Jeep updated the Grand Wagoneer to go upmarket as the world’s first luxury SUV.

This all-black 1978 Jeep Wagoneer originally listed in June 2022 on Craigslist in Peyton, Colorado (Denver) appears to be a solid but well-used example that could really benefit from a full cosmetic restoration.  Based on the seller’s description, we get the impression they brought this Wagoneer back to life after the original owner parked this SJ in a shed in 2002.  The seller reports “everything but the A/C works.”

Currently offered for $6,500, Classic.com, the analytics and search engine for the collector car market, confirms the ask is at the low end of the one-year rolling average of this guide’s summary for all SJ Wagoneers produced between 1963 and 1984.  By clicking on the green dots in the graph below, you can navigate to each comparable car sold as a way to help you evaluate the price of the truck featured here:

As a second data point, the  Collector Car Market Review Online Tool reveals the seller’s ask falls between this guide’s #4 Fair” estimate of $6,100 and its #3 “Good” appraisal of $12,800.

Jeep produced its SJ Wagoneer as a luxury 4×4 while under the ownership of several different automakers from 1962 to 1991.  Originally marketed as a station wagon, the pioneering design created the luxury 4X4 niche and became known in time as a “sport utility vehicle” (SUV). The four-wheel-drive Wagoneer stayed in production for 29 model years from 1963 through 1991 with a virtually unchanged body structure, making it the third longest-produced single-generation car in U.S. automotive history.

Jeep introduced the Wagoneer in the fall of 1962 as a successor to the Willys Jeep Station Wagon that itself had been in production nearly twenty years prior. Although based on Jeep’s pickup truck chassis, the Wagoneer utilized a station wagon body design with styling that was more carlike than any other 4×4 on the market.  Together with the Gladiator Truck, the revolutionary Wagoneer SJ platform sported an advanced overhead cam “Tornado” straight-six engine and offered features unheard of at the time in any other mainstream four-wheel-drive vehicle, such as independent front suspension, power steering, automatic transmission, factory radio, and optional air-conditioning.

With its incredibly solid, rust-free undercarriage, this nicely optioned 1978 Jeep Wagoneer appears to be a great restoration candidate that is one of the few vehicles you could make money on by doing so.

“Located in Peyton Colorado VERY ORIGINAL 1978 Wagoneer, parked in a shed by the original owner in 2002
Original paint with almost no rust
Great running 360 factory 4bbl
Smooth shifting TH400
Quadratrac 4×4 works fine and has low range
Good brakes
Everything works except the ac but it’s all there
Drives excellent

Restore or drive as-is: What would you do with this restoration-ready 1978 Jeep Wagoneer?  Please comment below and let us know!