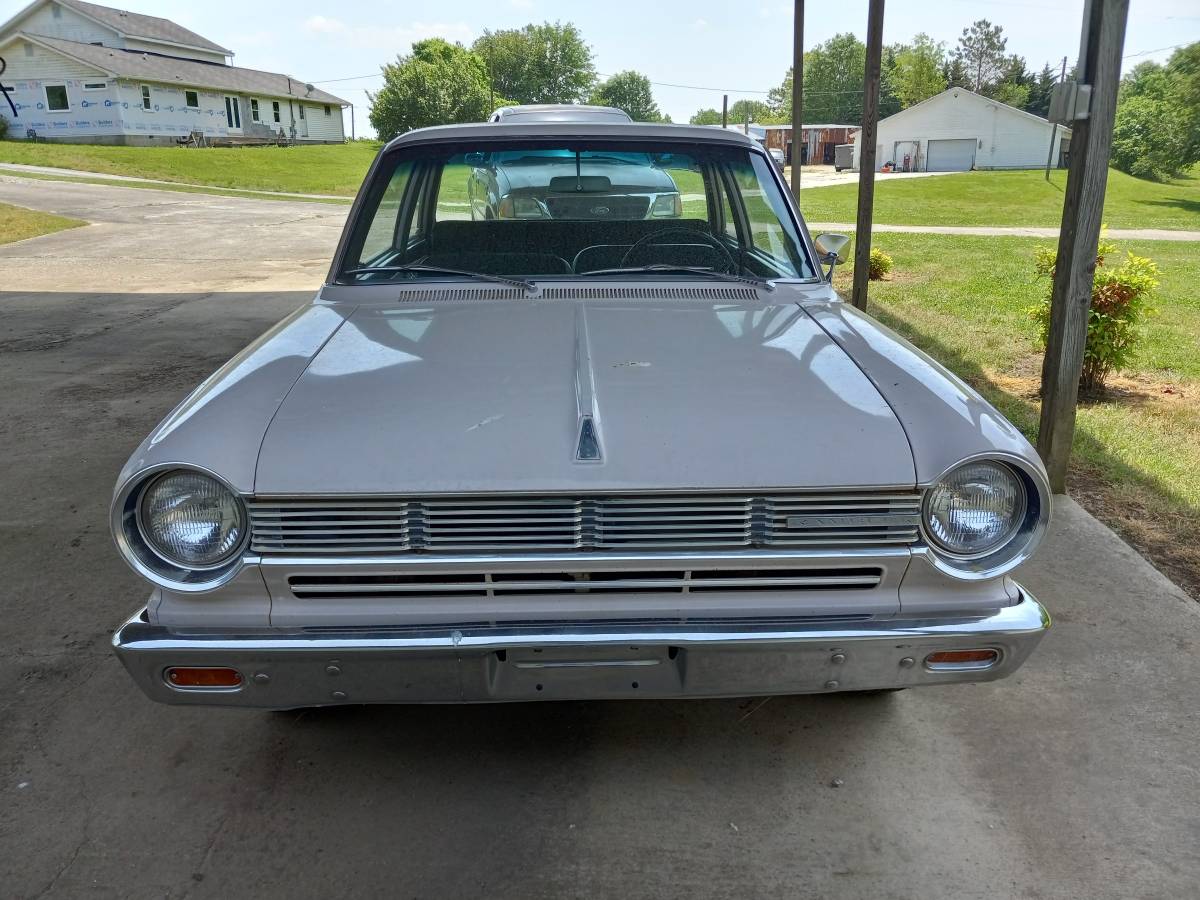 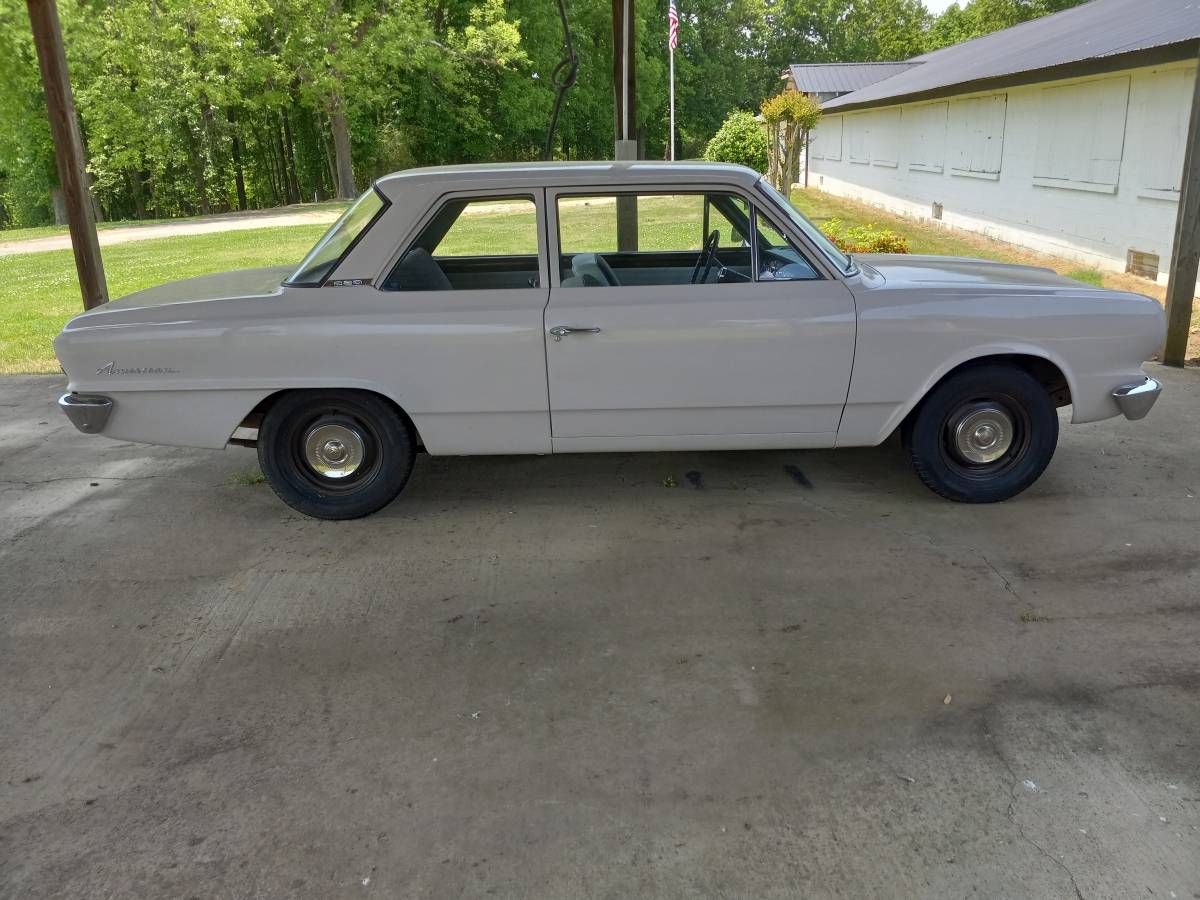 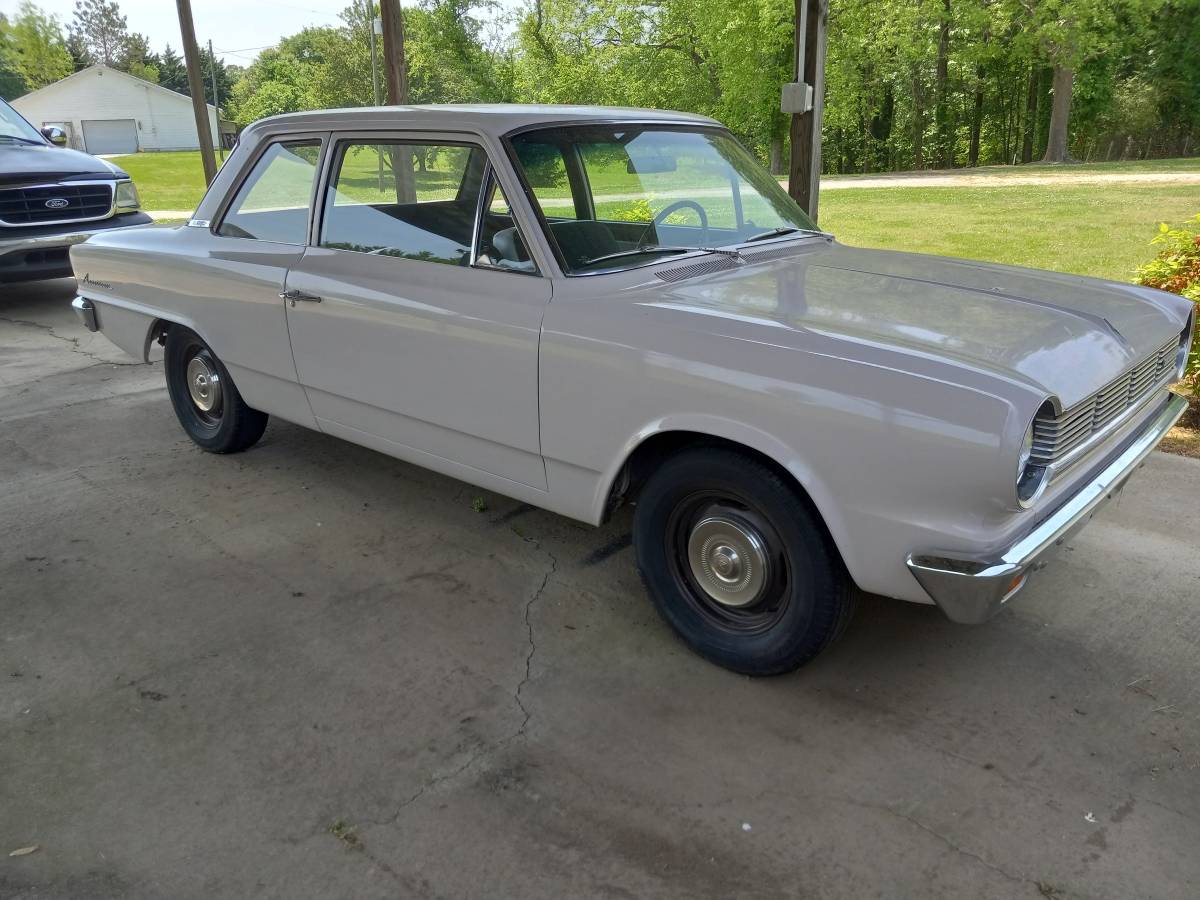 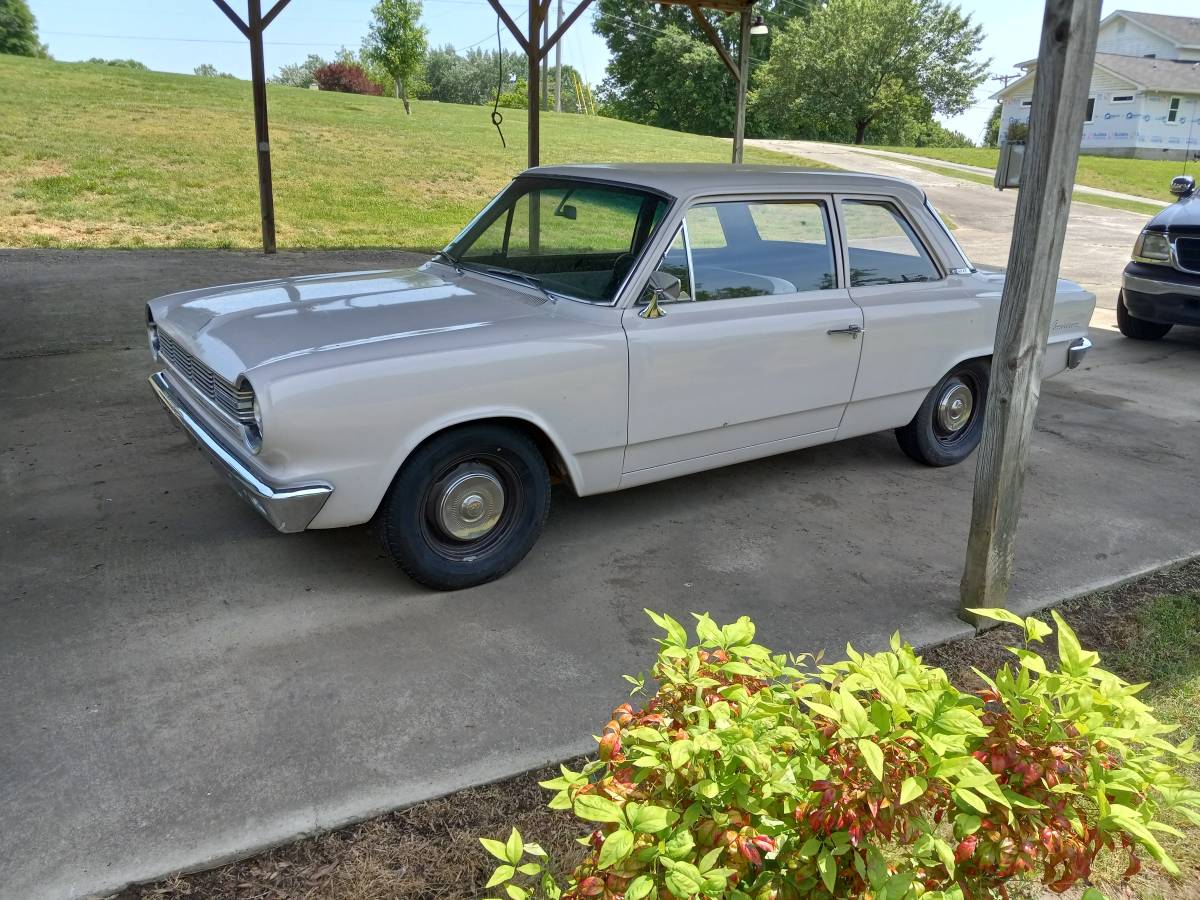 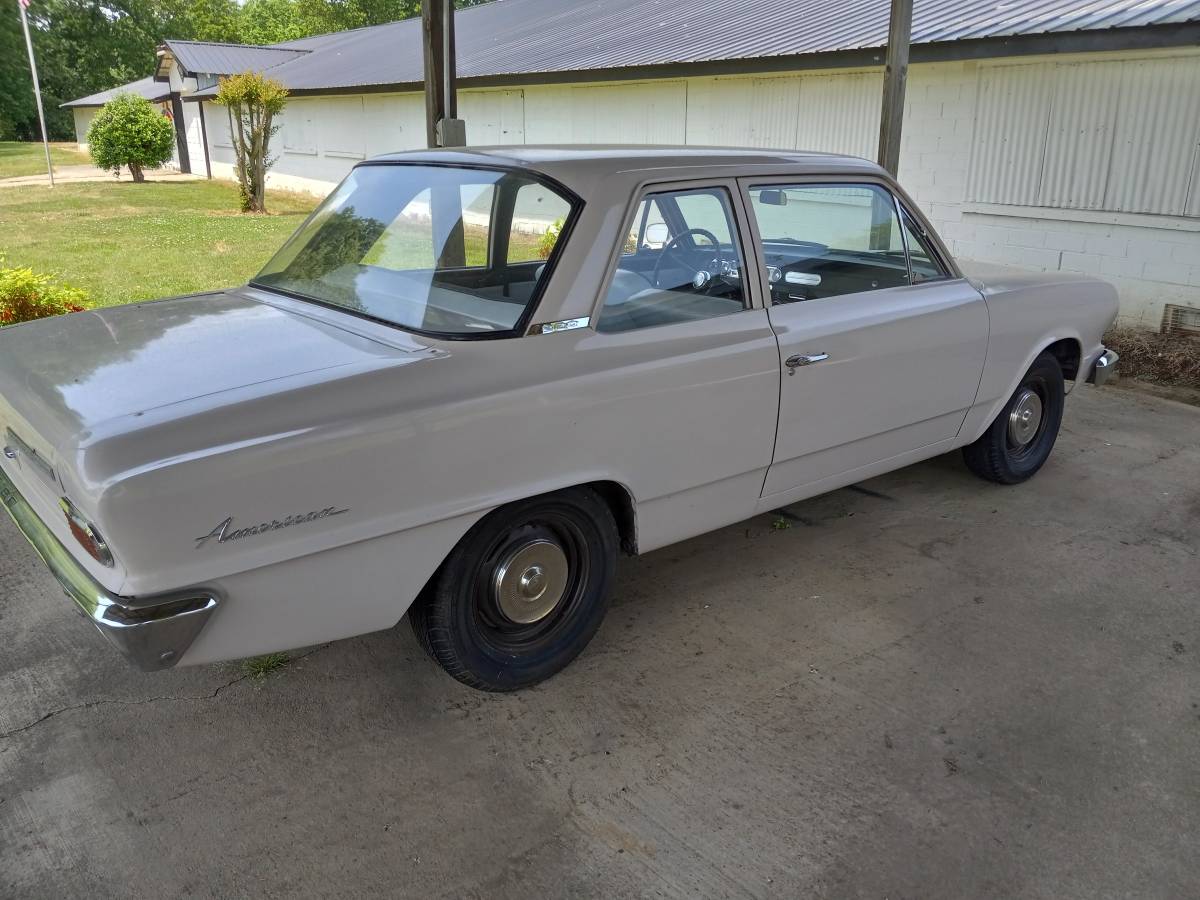 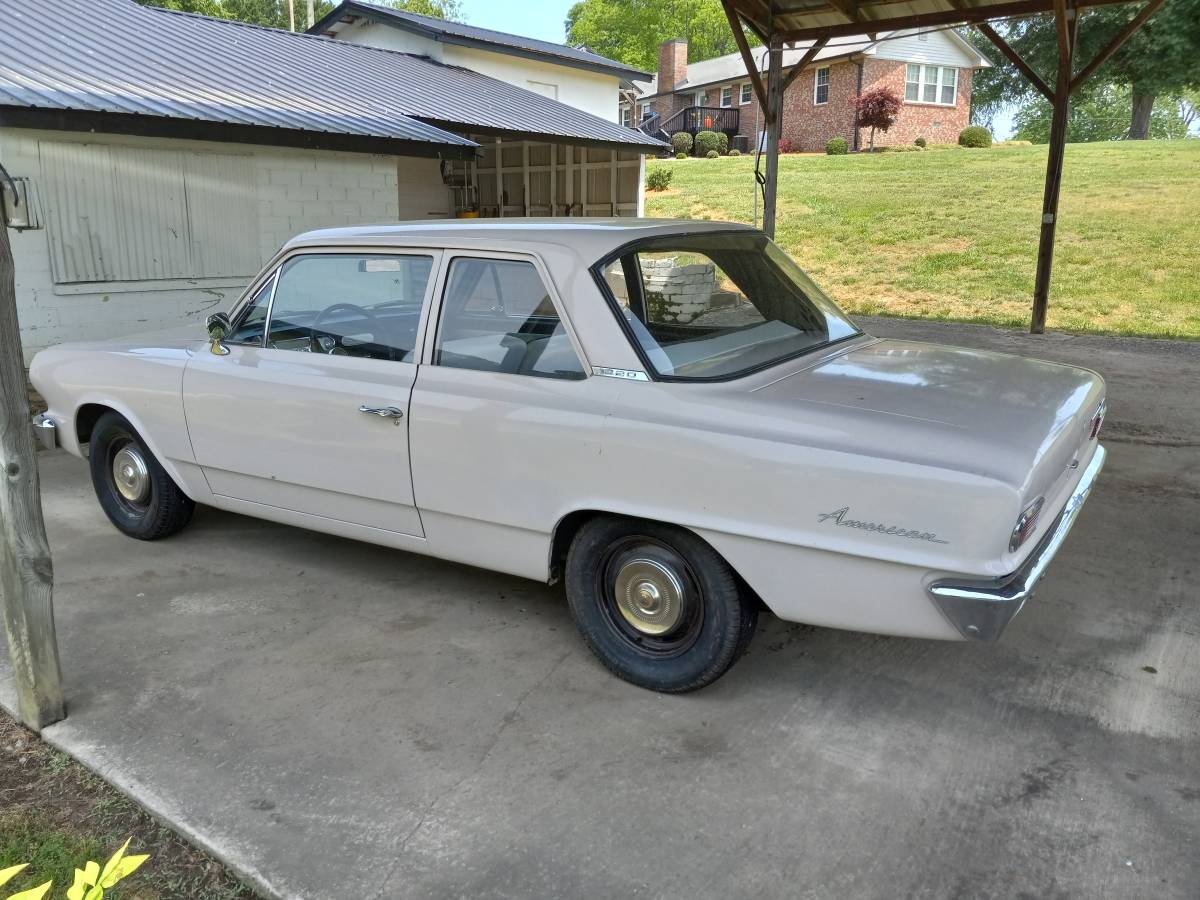 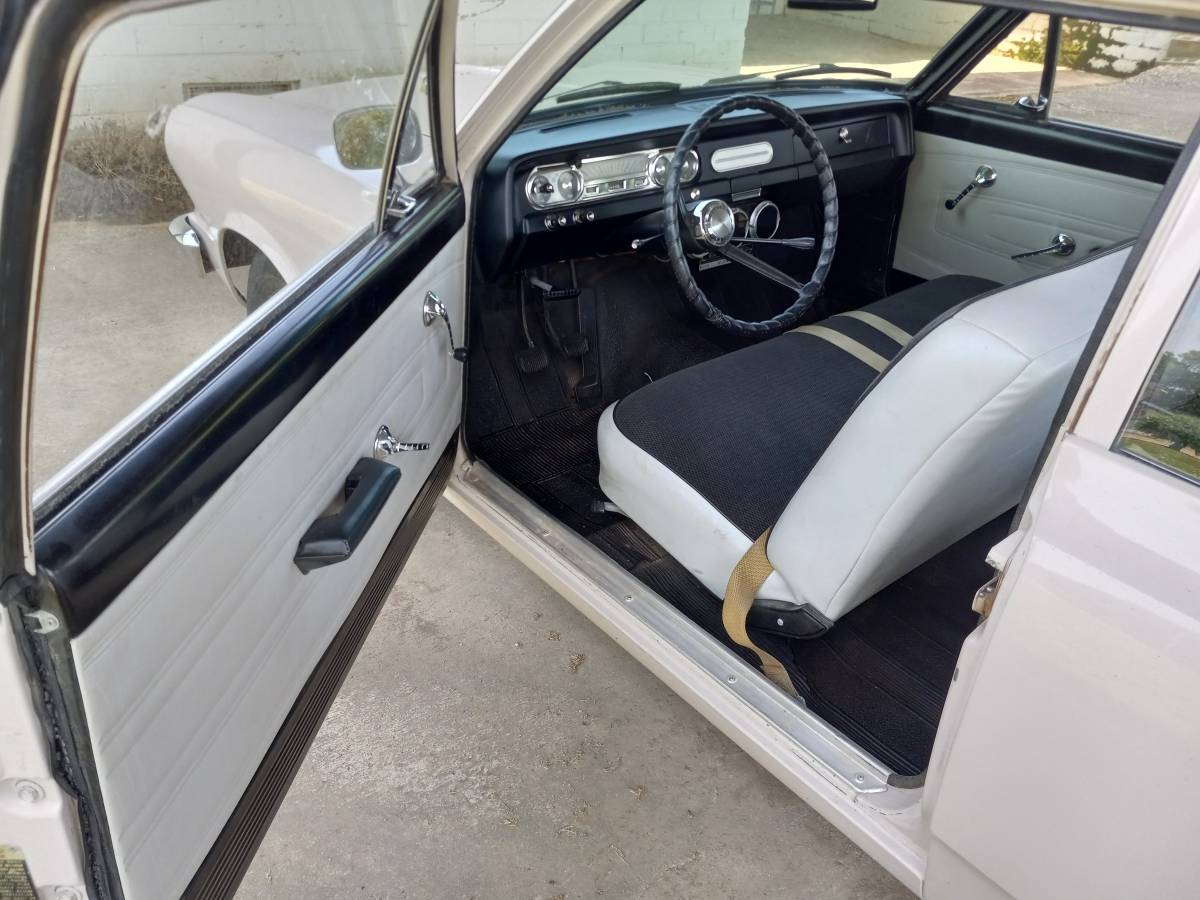 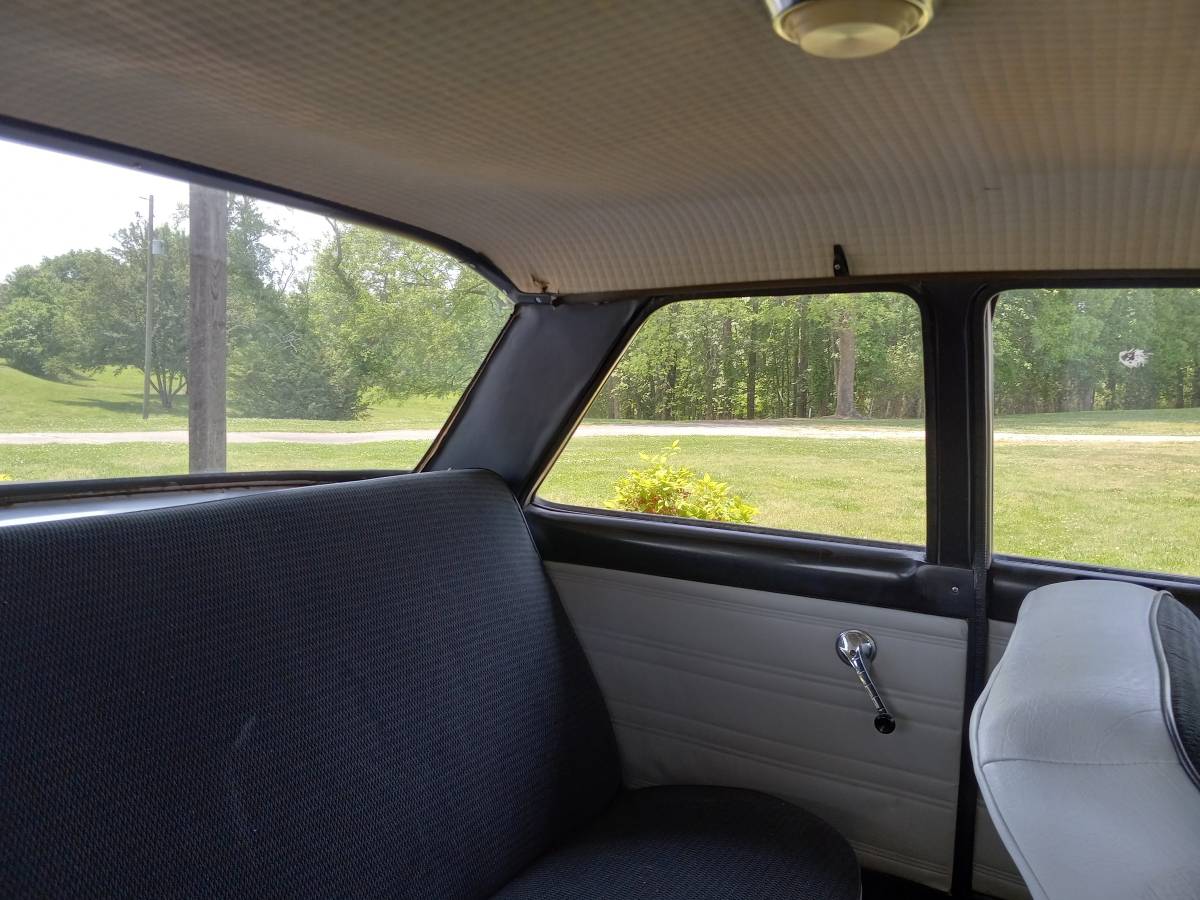 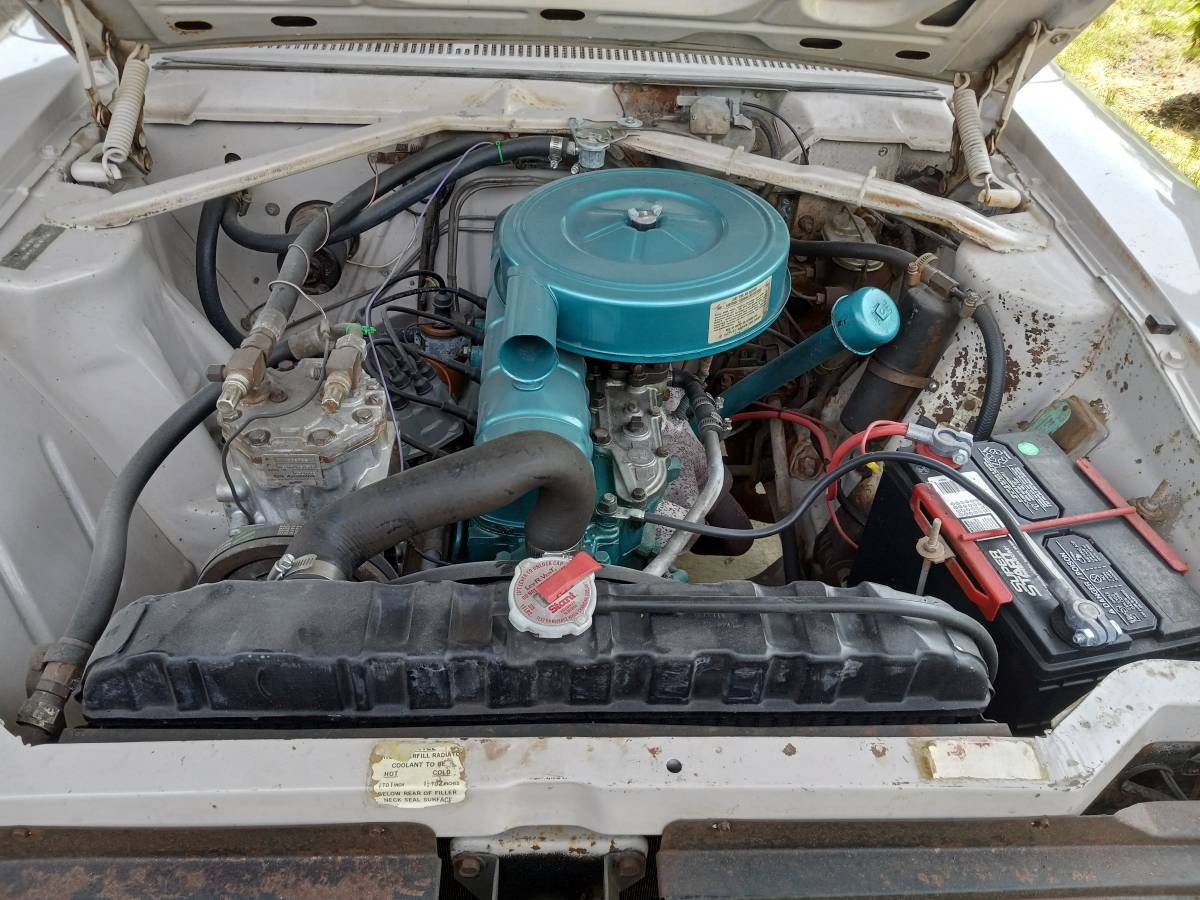 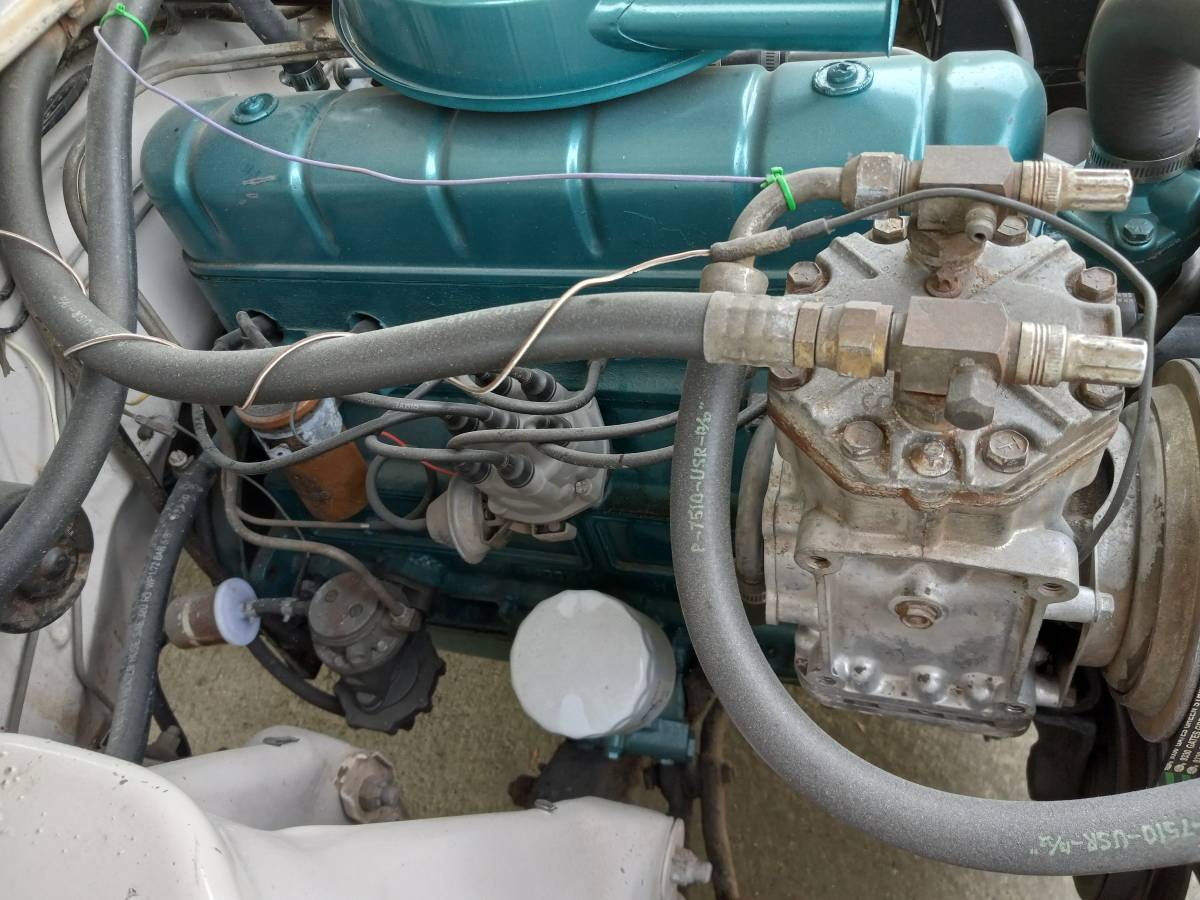 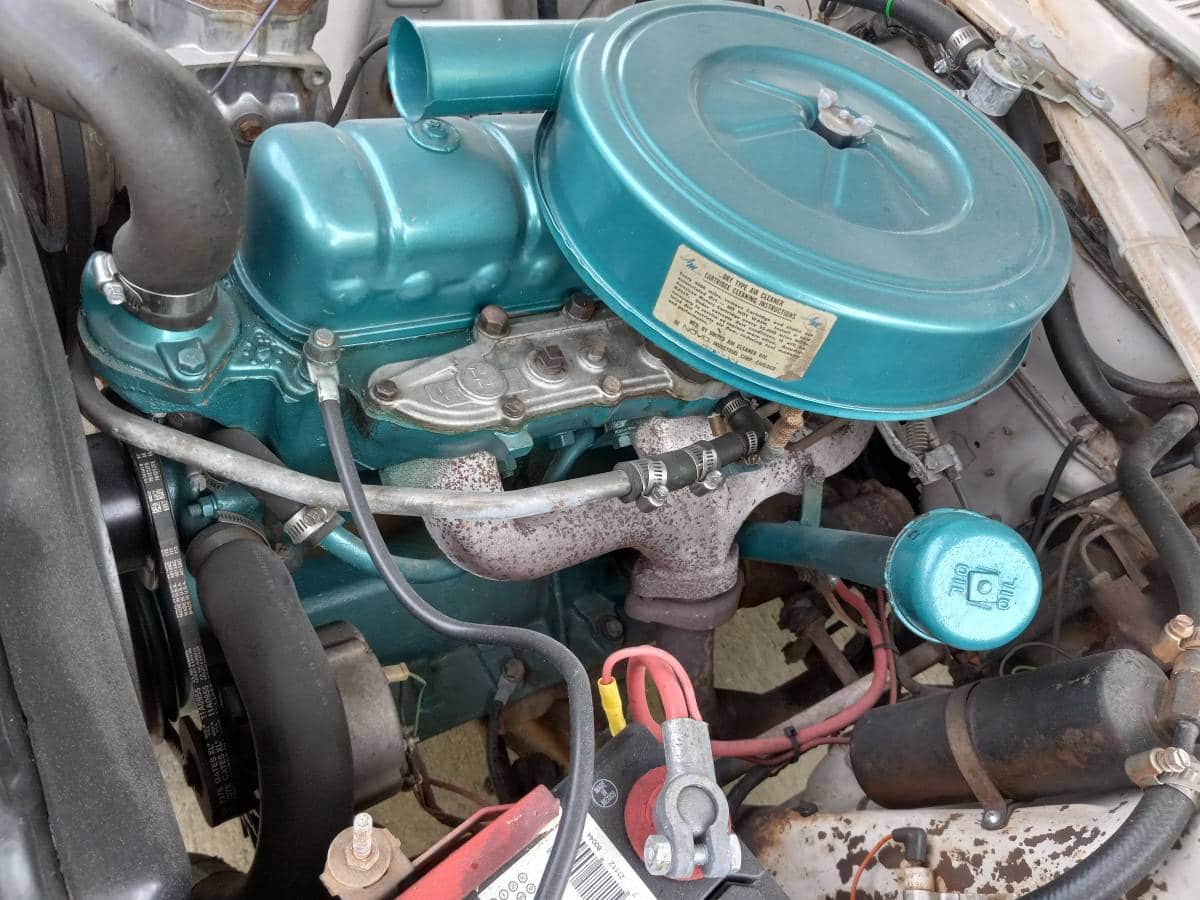 July 22, 2022, Update – Apparently, lowering the price to under eight large attracted a buyer.  We confirmed the seller of this Rambler “Classifind” deleted their listing, so we’re now able to call this one “SOLD!” While this one got away, please reach out either by email or call us directly if you’d like to be informed when we come across something similar.

July 14, 2022 Update – The seller just lowered their asking price by another $1,500 to land at $7,495. We sense the seller is getting very motivated what appears to be a very solid survivor Rambler equipped with factory A/C.

July 1, 2022 Update – The private seller of this ’65 Rambler just replaced their expiring listing with a fresh Craigslist ad. In it, while the pictures and description remain the same, the price dropped from $9,495 to the current ask of $8,995.

L-Head engines, better known as flatheads, were the dominant powerplant design throughout the twentieth century. The quest for more power and improved gasoline motivated engine designers to switch to the superior overhead valve design. Innovated by Cadillac in their new V8 engine for 1949, by 1965, AMC was the last American car to feature a flathead engine. The 195 cubic inch inline-six traced its roots to the 1941 Nash and was AMC’s entry-level engine in its final 1965 form.  This 52K original mile 1965 AMC Rambler American 330, originally listed in May 2022 on Craigslist in Atlanta, Georgia, does not feature that engine. Instead, the original owner opted for AMC’s one-year-old 232 cubic inch, overhead-valve inline-six. Doing so also allowed them to purchase the car with factory air conditioning, a common practice in states such as New Mexico, where this car was first titled. Oddly, despite having such a luxurious option (more of a necessity in New Mexico), this car did not come equipped with a factory radio.

Currently offered for $7,495 (the original ask was $9,495), Classic.com, the analytics and search engine for the collector car market, confirms the ask is well below this guide’s one-year results summary for third-generation Ramblers produced from 1964 through 1969.  However, we point out that this guide’s values are heavily swayed by the recent sales of often more expensive and rare convertible versions.  By clicking on the green dots in the graph below, you can navigate to each comparable car sold as a way to help you make an educated bid on the car we are featuring for auction here:

Interestingly, the  Collector Car Market Review Online Tool reveals the seller’s ask is right in line with this guide’s #1 “Excellent” appraisal of $9,948 after factoring in a fifteen percent premium for the optional 232 cubic inch inline-six and factory A/C.

AMC redesigned the Rambler line for the 1964 model year.  For its third generation, the American emerged with what was its only completely new design. The entire line received neat and trim lines with pleasing simplicity with characteristic tunneled headlights with a simple horizontal grille between them. The Rambler American’s wheelbase grew by six inches (to 106 inches) and thus the cars’ interior became more spacious.  Full coil front springs, along with soft rear leaf units, gave the new American an unusually smooth ride, better than many larger domestic cars. The new models also incorporated various parts and components (such as doors) that were interchangeable with AMC’s larger cars. In essence, the new body was a shorter, narrower version of the previous year’s new Rambler Classic.

The new styling was the work of designer Dick Teague, who later designed the 1968 Javelin and AMX. Teague selected the front-end design developed by Bob Nixon, who was later in charge of AMC’s small-car studio.  Many viewed the newly designed station wagon as the best looking of any American wagon, with its new trim lines, with ample passenger and cargo room. Led by the top-line 440-series convertible, they were arguably the 1964’s most attractive Detroit compacts.  Car Life magazine titled its road test of the 1964 Rambler American: “The Original Plain Jane Compact Car Just Got Back From the Beauty Parlor”.

American Motors focused its marketing on the economy of the new models, advertising that was previously only popular during the Great Depression.  The company’s series of “Love Letters to Rambler” advertisements included “ordinary user testimonials” about the economy and reliability of their Ramblers, rather than in pursuit of buyers in the whole compact car market segment.

The 1965 Americans were little changed, but were advertised as “The Sensible Spectaculars”.  This was part of Roy Abernethy’s strategy for AMC to shed its “economy car” reputation and take on the domestic Big Three automakers in new market segments.  Few changes were made to AMC’s smallest models, as Abernethy pinned his hopes for recovery not so much on the low-priced Rambler American as on the medium and higher-priced Classic and Ambassador lines.  The 1965 models were the last year for the venerable flathead six available in 90 or 125 horsepower versions. It was the last flathead engine to be used in a domestic U.S. car.

The year also had the introduction of an entirely new 232 cubic inch overhead-valve straight-six engine.  This 155 hp engine was available on any American model equipped with an automatic transmission. American Motors used this modern straight-six design through 1979, with a smaller 199 cubic inch version used from 1966 to 1970. The same engine was later available in a larger 258 cubic inch version and the fuel-injected 242 cu in (4.0 L) versions that debuted in 1987, known as the Jeep 4.0, which Chrysler would continue their production after its purchase of AMC in 1987, all the way through 2006.

There are very few collector cars you can buy in this condition for under ten large these days. Despite its entry-level status, this 1965 Rambler American features factory air conditioning to make cruising in this ride not so bare bones.

“American AMC Rambler, Second owner with AZ. Title. First owner in N. Mex. I bought in Scottsdale AZ. Had it transported to Atlanta. It has only 52k original miles, New rebuilt engine with Receipts, new tires, air conditioning, and an original interior. I bought it with intention of having it st rd My friend sad to say, that does this kind of work has major health problems and unable to work. I DO NOT TEXT, CALL IF INTERESTED “

Show or go: What would you do with this 1965 AMC Rambler American?  Please comment below and let us know!