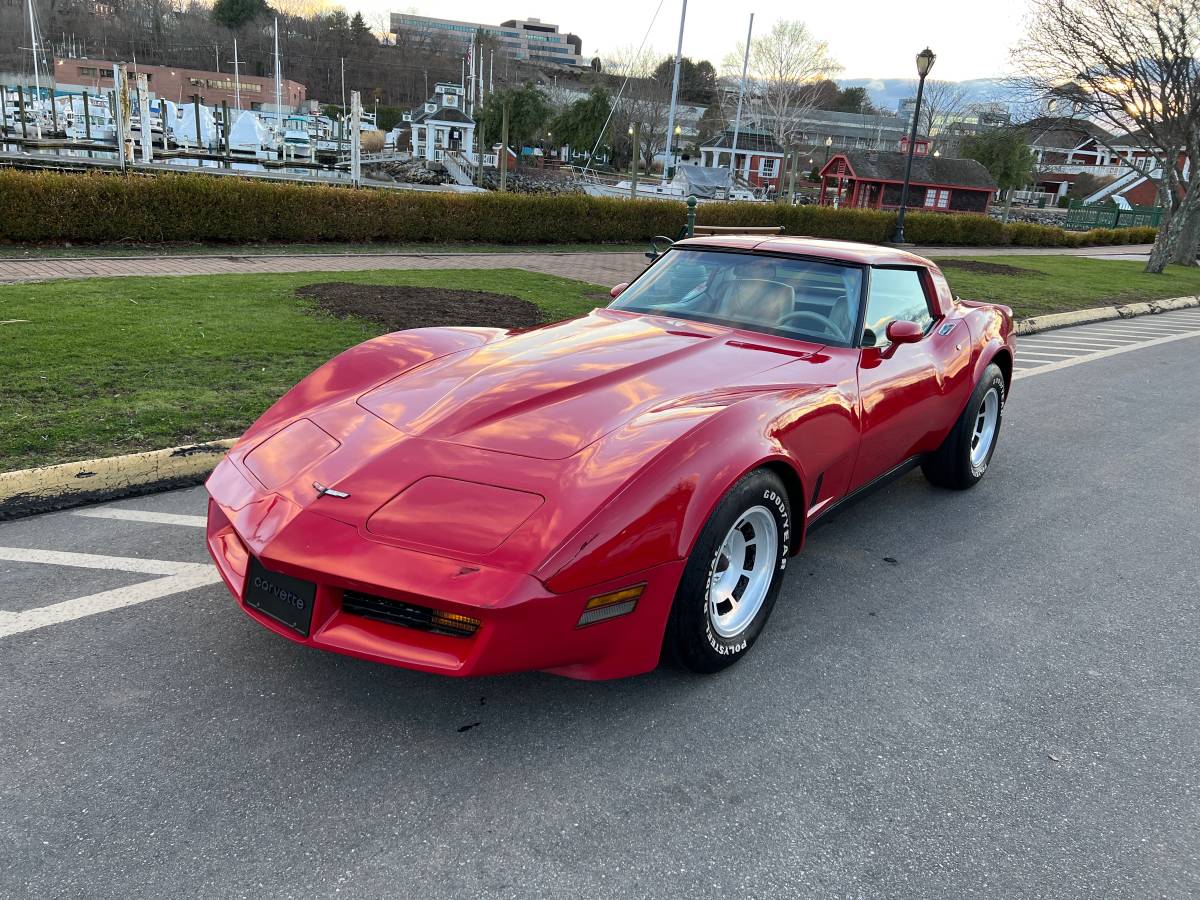 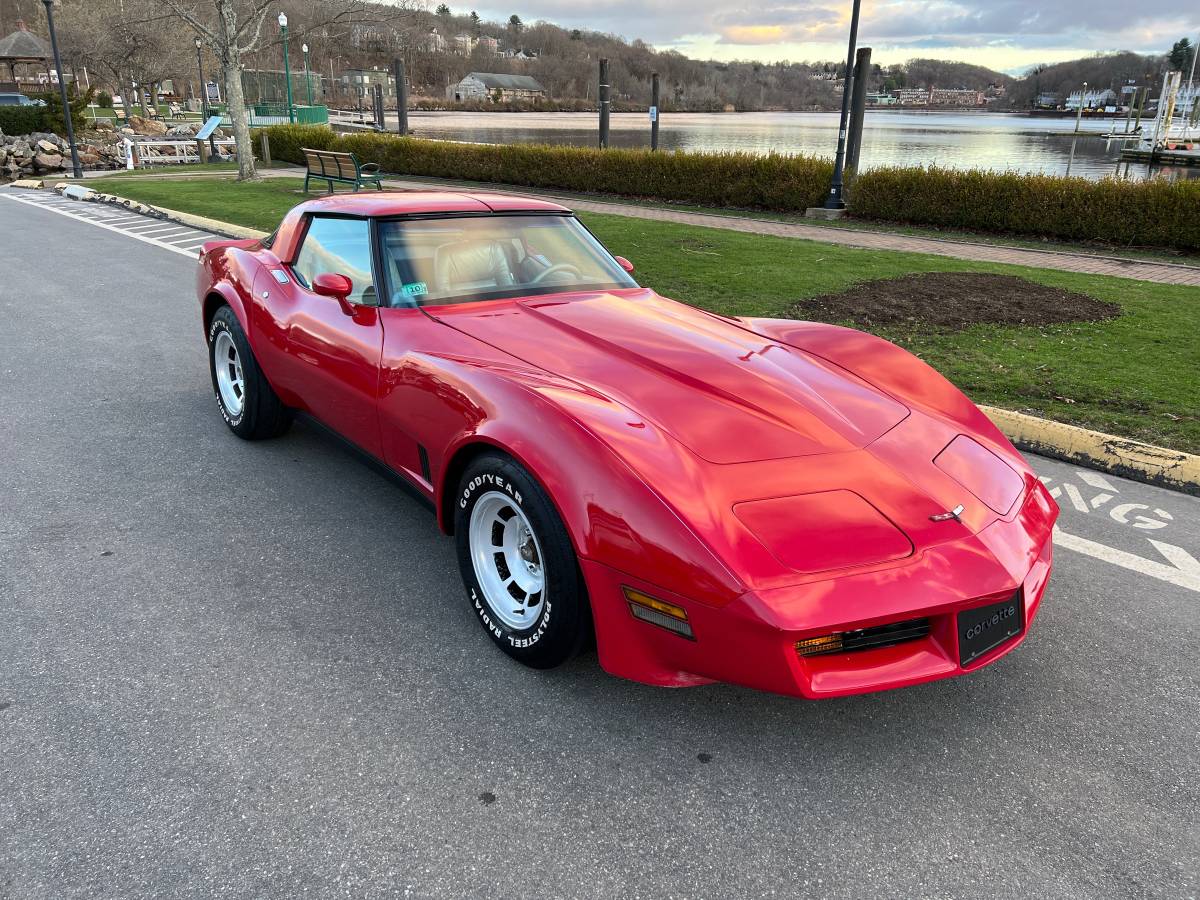 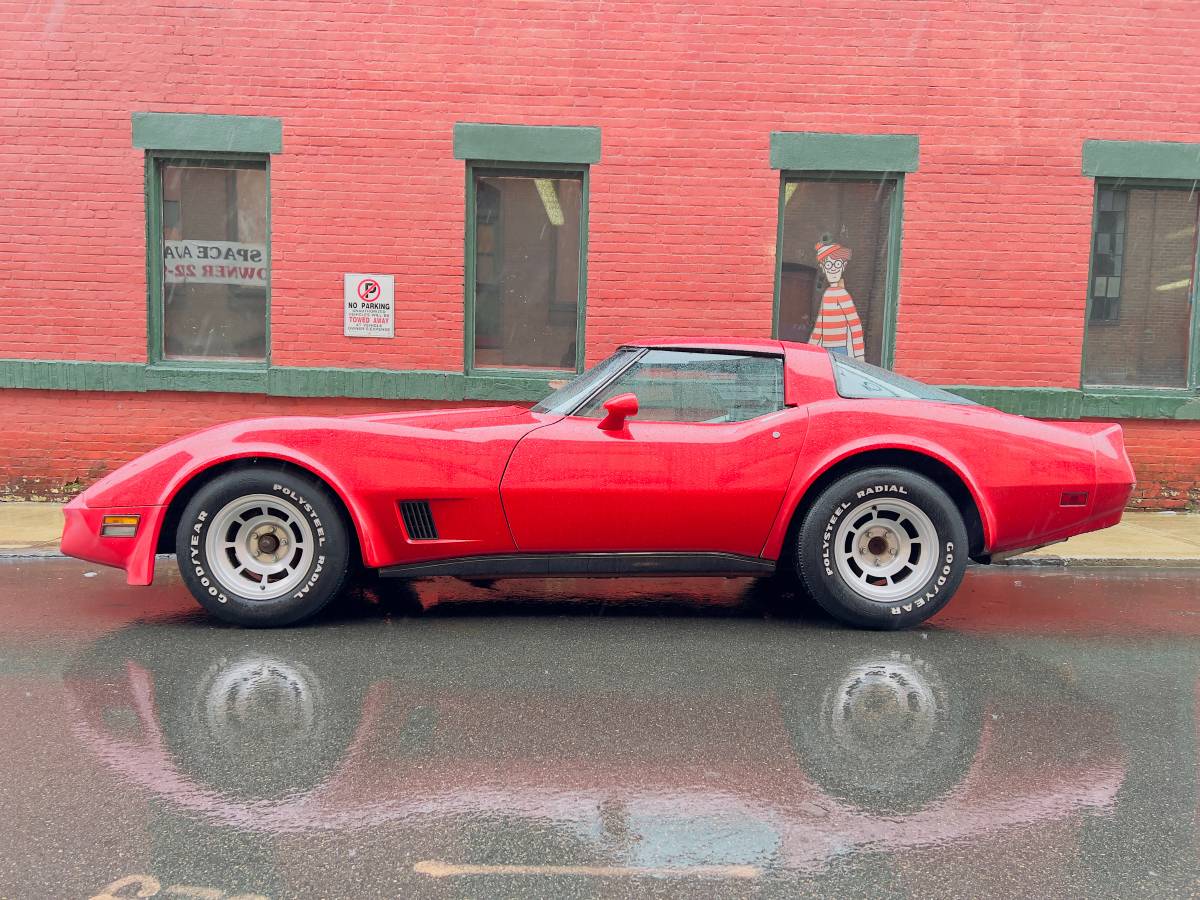 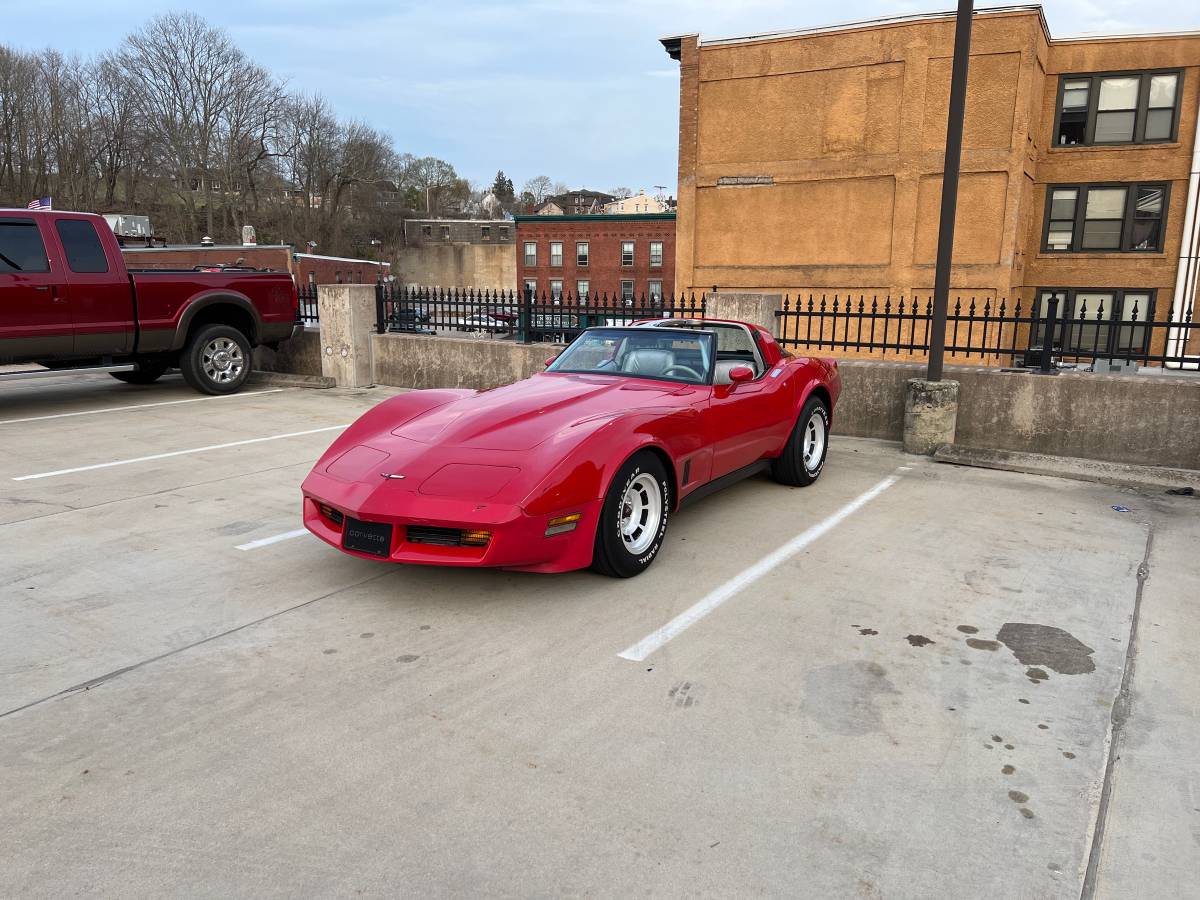 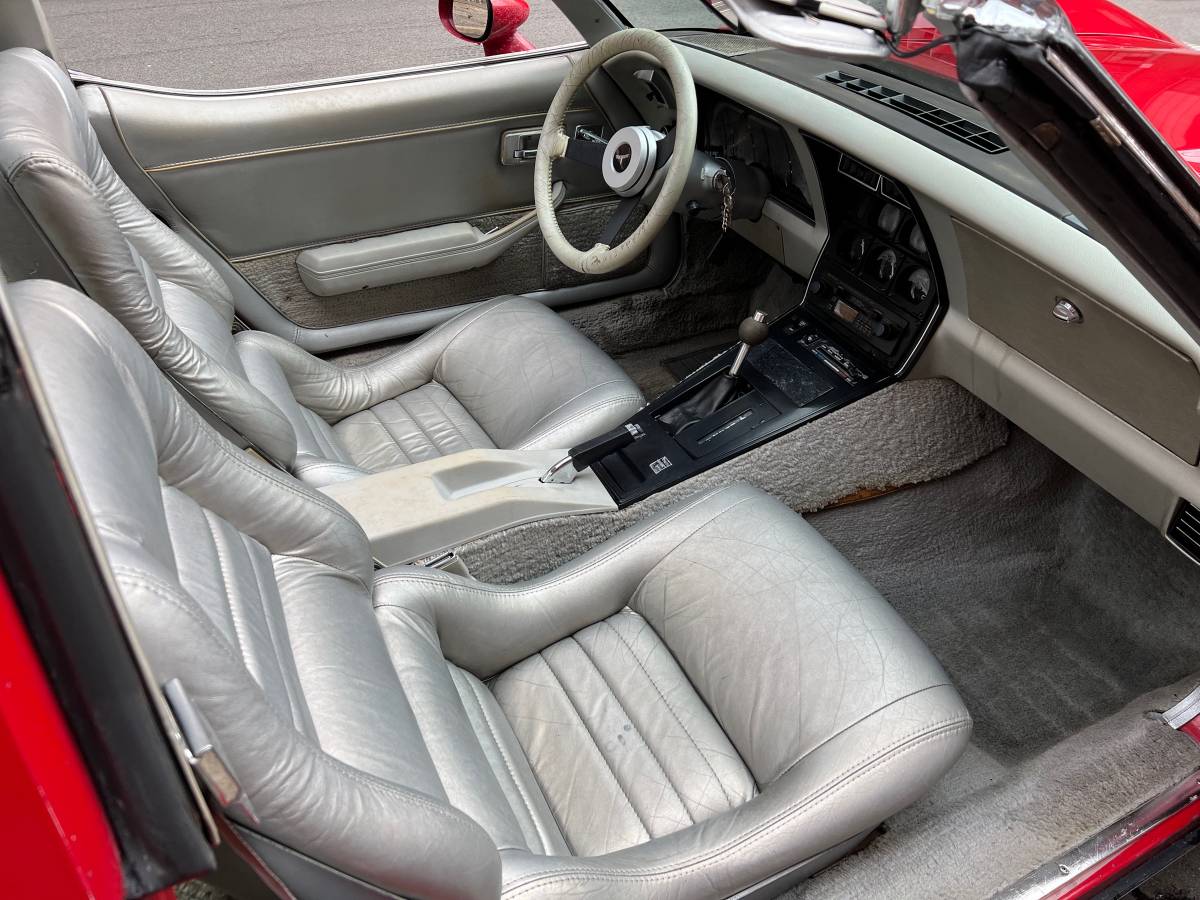 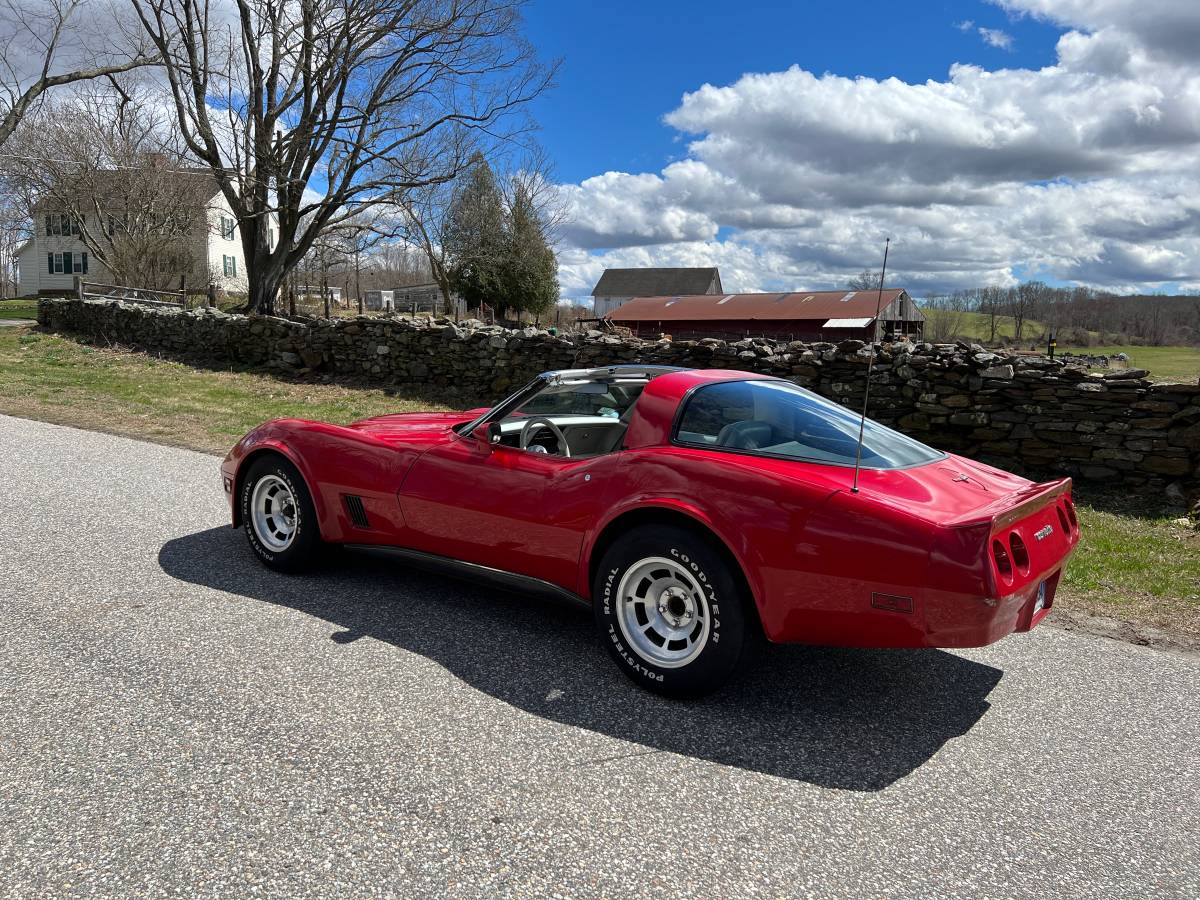 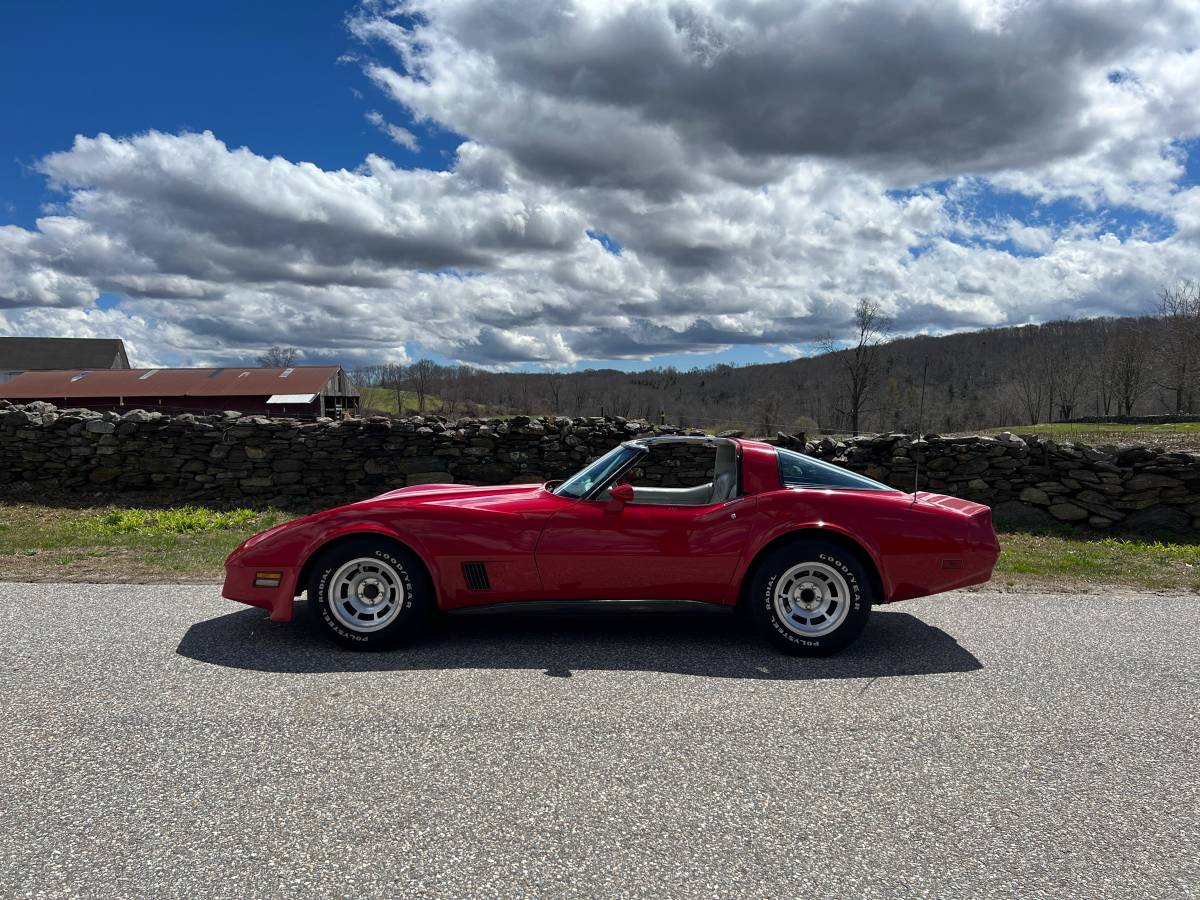 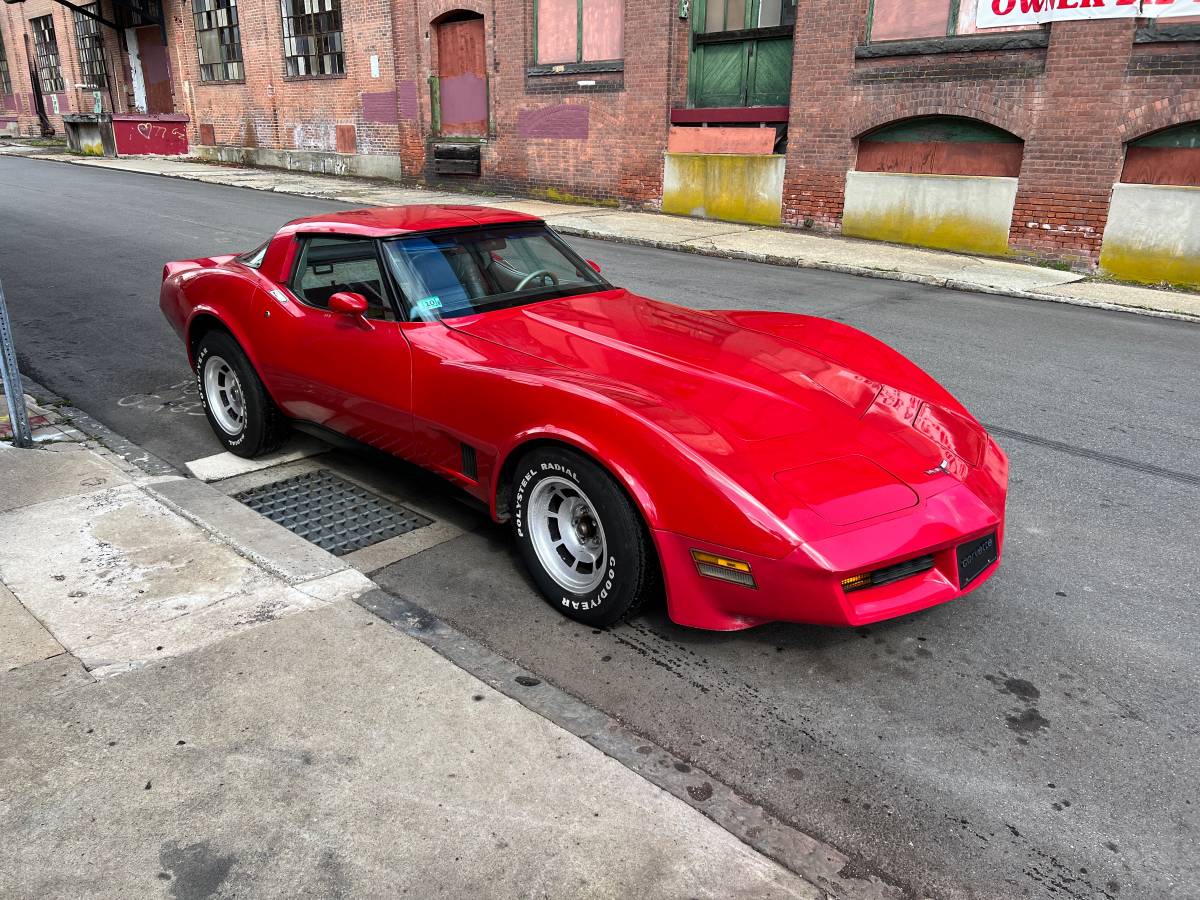 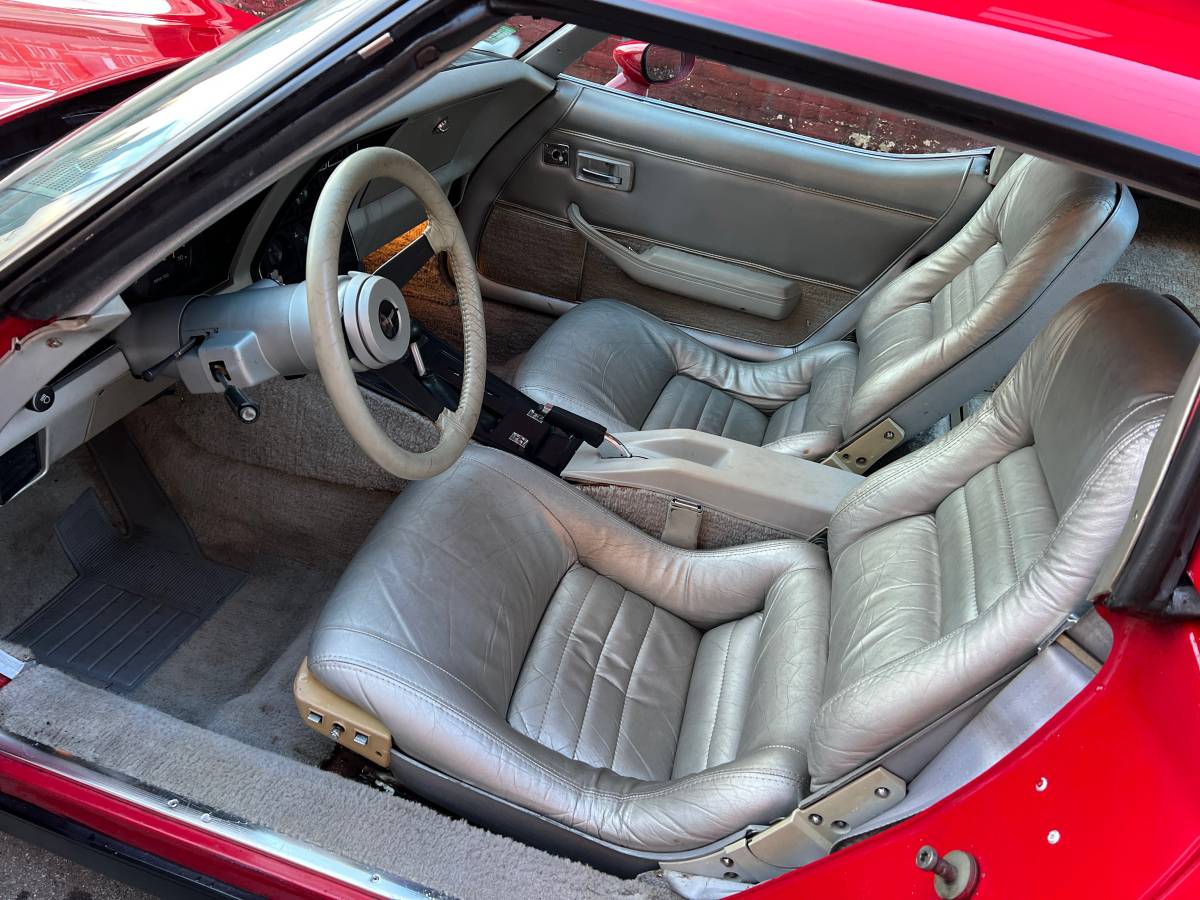 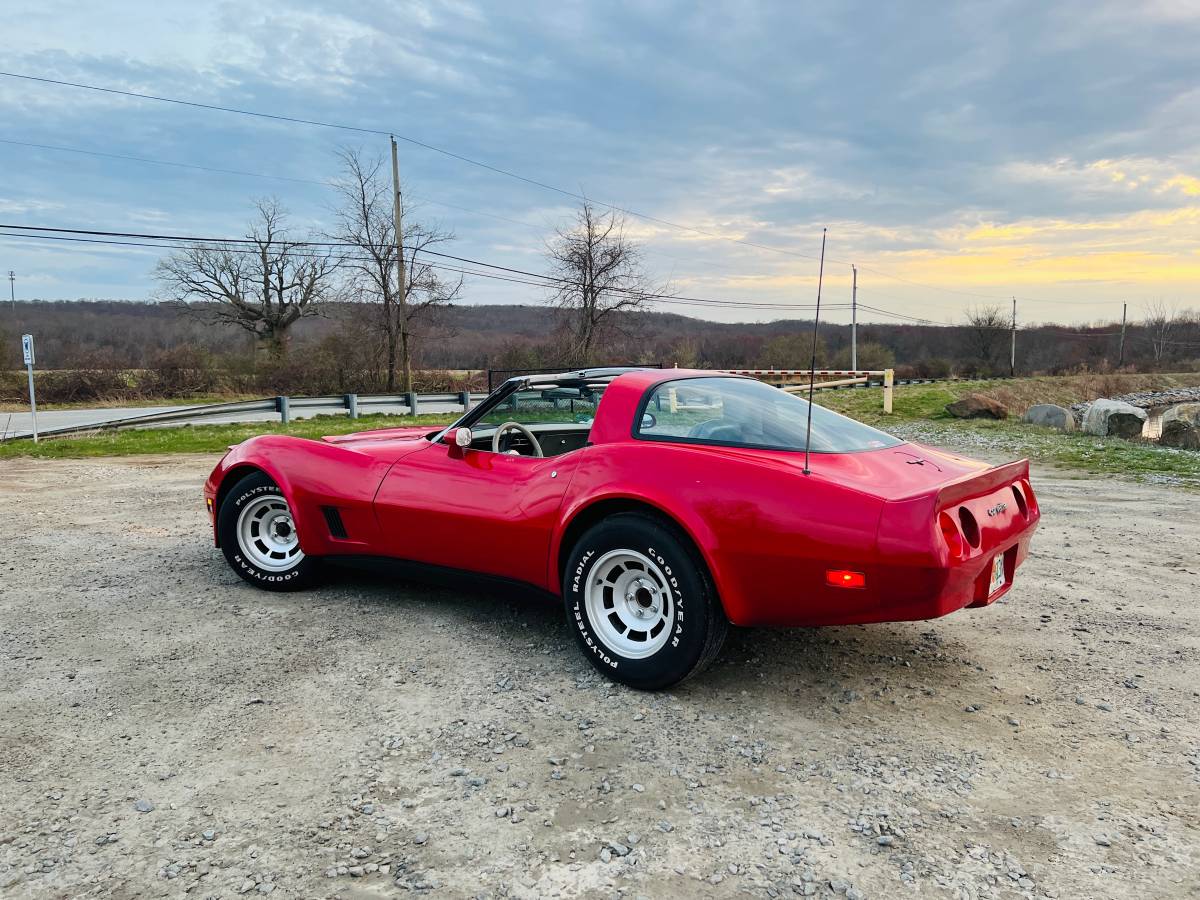 July 17, 2022, Update – We confirmed the seller of this “Classifind” deleted their listing, so we’re now able to call this one “SOLD!” While this one got away, please reach out either by email or call us directly if you’d like to be informed when we come across something similar.

July 3, 2022 Update – The seller (and original owner)of this C3 Corvette just replaced their third expired listing with a fourth fresh Craigslist ad.  In it, the pictures, description, and asking price of $12,500 all remain the same.

June 8, 2022 Update – The original owner of this C3 Corvette just replaced their expired listing with a fresh Craigslist ad.  In it, the [pictures, description, and asking price of $12,500 all remain the same.

May 20, 2022 Update – The original owner of this C3 Corvette just replaced their expired listing with a fresh Craigslist ad.  In it, the [pictures, description, and asking price of $12,500 all remain the same.

We admit that nearly all of the C3 Corvettes we feature can be found on Sports Car Saturdays on our website.  However, despite the limited powertrain offering of the period, we have a fondness for the nicely integrated exterior looks of the 1980-1982 C3 Corvette.  In our humble opinion, the sweet spot of these three model years was 1981, as there was only one 49-state 350 V8 engine that buyers had their choice of ordering either a four-speed manual or TurboHydramatic. On the negative side, GM’s Bean Counter efforts were on full display inside the car as the cool, fold-flat bucket seat design was overshadowed by a Federally mandated 85 MPG speedometer and door armrests and locks lifted from the Chevrolet Monza. Despite the downsides, we’d still take one in a heartbeat, and this red-over-silver leather 1981 Chevrolet Corvette L48/Automatic originally listed in April 2022 on Craigslist in New London, Connecticut, has 41K original miles that we believe is being offered by the original owner.

The original owner is currently asking $12,500 for their C3 Corvette.  Comparing that price against the Hagerty Insurance Online Valuation Tool confirms the private seller has their Corvette priced between this guide’s #4 “Fair” estimate of $4,700 and its #3 “Good” appraisal of $14,300.  Similarly, the  Collector Car Market Review Online Tool reveals the seller’s ask falls between this guide’s #3 “Good” estimate of $11,600 and its #2 “Very Good” appraisal of $16,400.

The aging C3 Corvette went on a diet for the 1980 model year to improve performance and fuel economy.  For a start, engineers developed attractively restyled front and rear bumper covers that were better integrated and significantly reduced drag and increased radiator airflow. The hood was also restyled as well. The crossed-flag emblems disappeared from the front fenders and were revised to a more elongated style on the nose and fuel door. L-82 emblems moved from the hood to the front fenders on cars ordered with the optional high-performance engine. This was the finale for the L-82 Corvette emblem, now producing 230 horsepower, but it could not be mated to a 4-speed manual. Consequently, the manual gearbox was offered only with the standard L48 engine. The speedometer in all cars read to a maximum of 85 mph, mandated by a new and controversial federal law. Air conditioning became standard, as did the tilt-telescopic steering column, power windows, exterior sport mirrors, and the convenience group. New was an optional roof panel carrier that would mount to the rear fastback deck.  Many weight-saving components were introduced, including thinner body panels and an aluminum Dana 44 IRS (Independent Rear Suspension) differential and cross member. The new lighter unit replaced the arguably stronger cast-iron GM 10 bolt IRS differential. In line with further weight savings, the aluminum intake manifold associated with L-82 engines since 1978 was now installed in all cars, as well as an aluminum lower alternator mounting bracket replacing the cast iron piece used since 1972. Due to California emission considerations, a unique engine application was installed in cars delivered to that state and was mandatory for the first time. This motor was a 305 cubic inch V8 rated at 180 horsepower, fitted with new tubular 409 stainless steel exhaust manifolds that were far lighter than the cast iron pieces they replaced, and mated to an automatic transmission, also mandatory. Chevrolet’s new Computer Command Control system controlled the carburetor and ignition timing. The smaller displacement engine was not available in any other state. California buyers were credited $50 as consolation but had to pay for the California emissions certification which was $250. For comparison, the L-48 350 cubic inch engine, standard in the other 49 states, was rated at 190 horsepower. The base price increased four times during the model year raising the cost of the car by more than $1,200 to $14,345.24.

In 1981, only one powerplant was available, a 350 cubic inch engine that, like the L-48 base engine the previous year, produced 190 horsepower but was now designated the L81. The motor was certified in all states and available with manual or automatic transmissions. Chrome air cleaner lids and cast magnesium valve covers dressed up all engines. The lightweight four into one stainless steel exhaust manifolds and computer control system introduced on the 305 V8 California engines the previous year were now standard, as was an auxiliary electric engine cooling fan. This, the last C3 available with a manual transmission, so equipped, had a published 0-60 mph in 8.1 seconds. This model year was the first Corvette to use a fiberglass rear leaf spring, now a Corvette trademark. The spring saved thirty-six pounds but was limited to base suspensions with automatic transmission. When equipped with Delco’s brand new optional ETR (Electronically Tuned Receiver) radio with a digital clock, the quartz analog instrument panel clock was replaced with an oil temperature gauge. The cast-aluminum wheels, optional since ’76, were now ordered on 90 percent of the cars at a cost of $428.  New options included a power-adjustable driver’s seat and power remote outside mirrors. In mid-1981 production relocated from St. Louis to Bowling Green, Kentucky, and several two-tone paint options were offered. 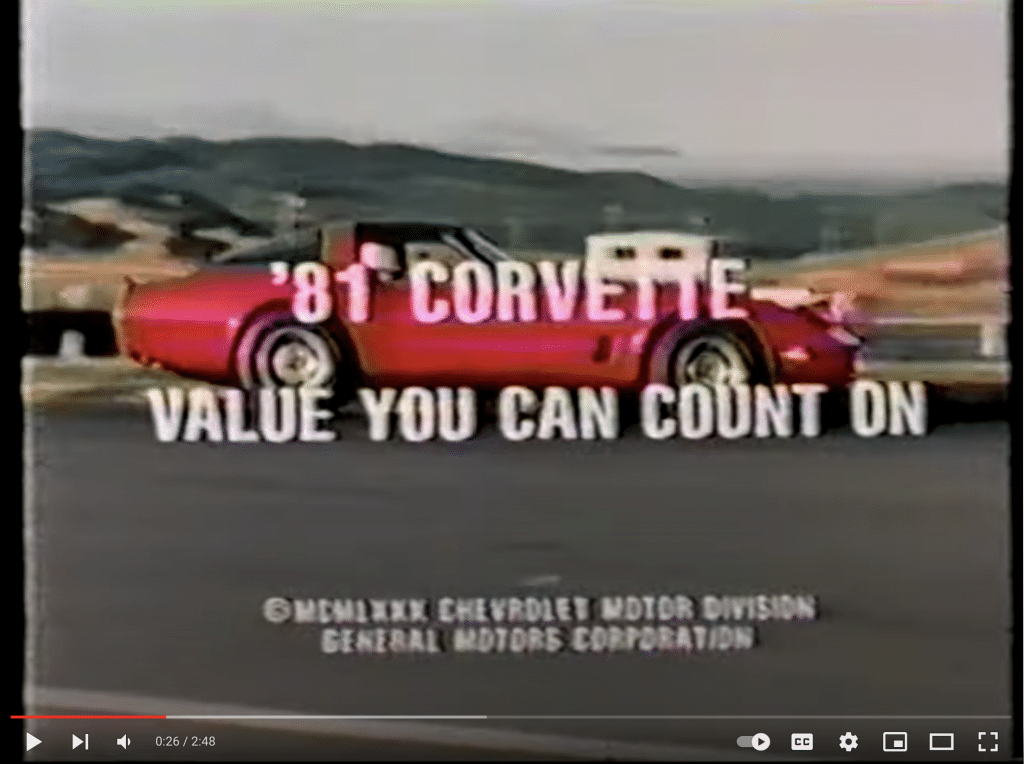 The silver leather interior found on this 1981 Corvette is a rare treat.  While the seats appear to be in great condition, the next owner can plan on spending next winter perhaps redying the worn interior components.  For now, this C3 appears ready for enjoyment over the coming warm months.

Do you have a 1981 Chevrolet Corvette story to share?  If so, comment below and let us know!