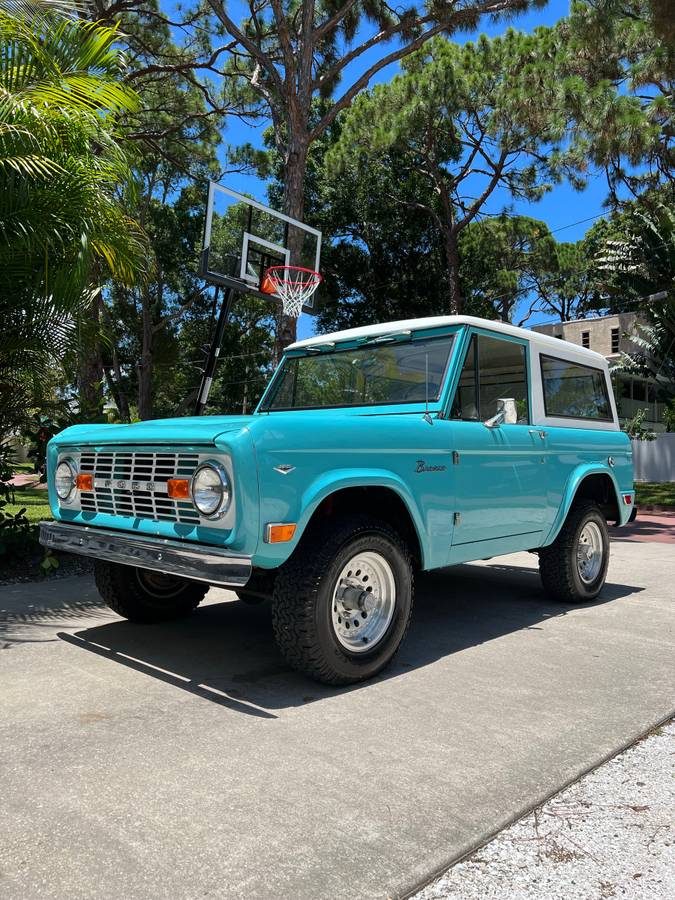 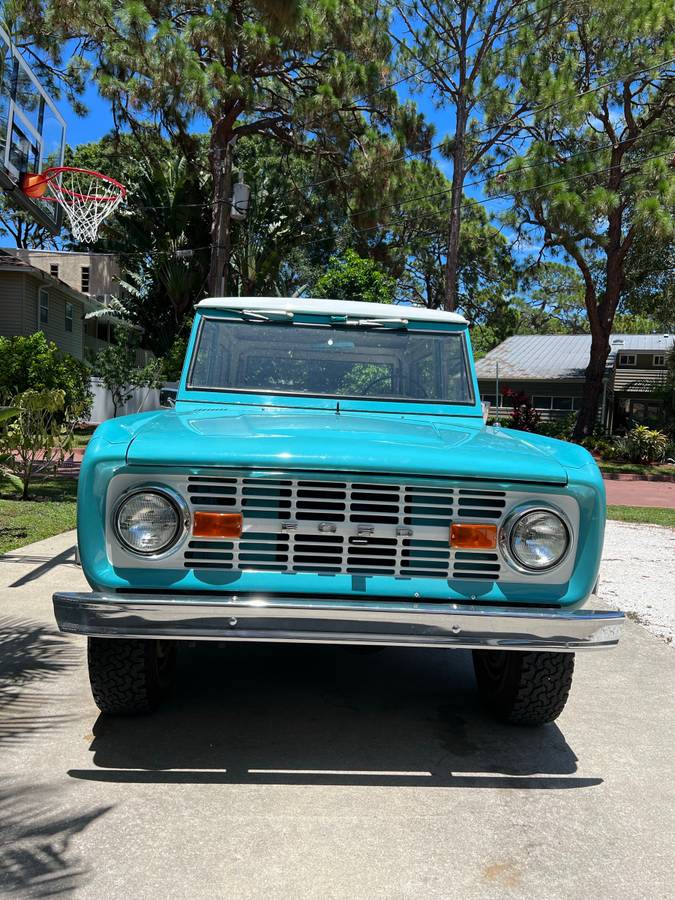 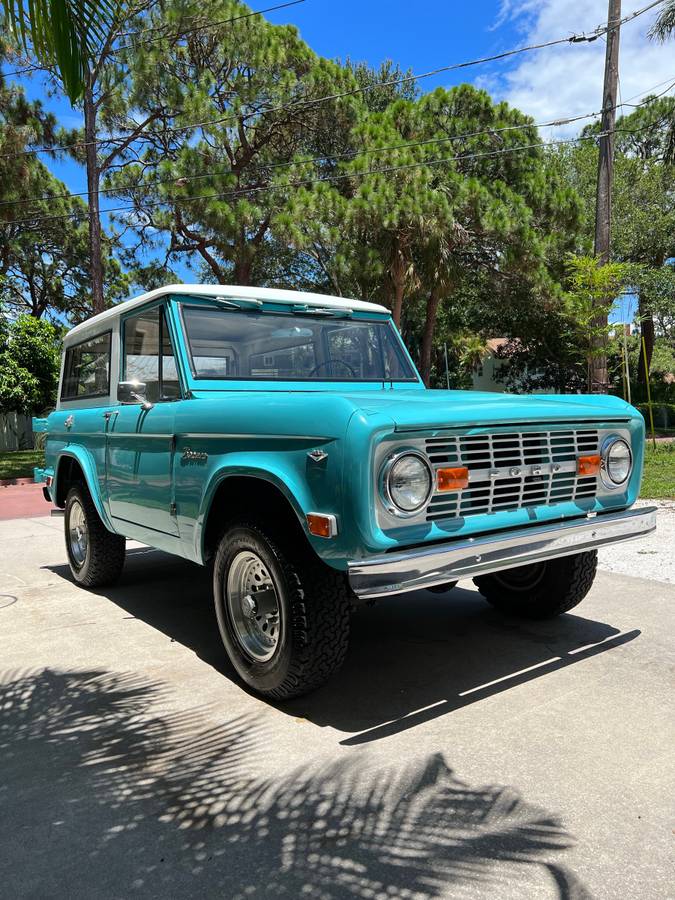 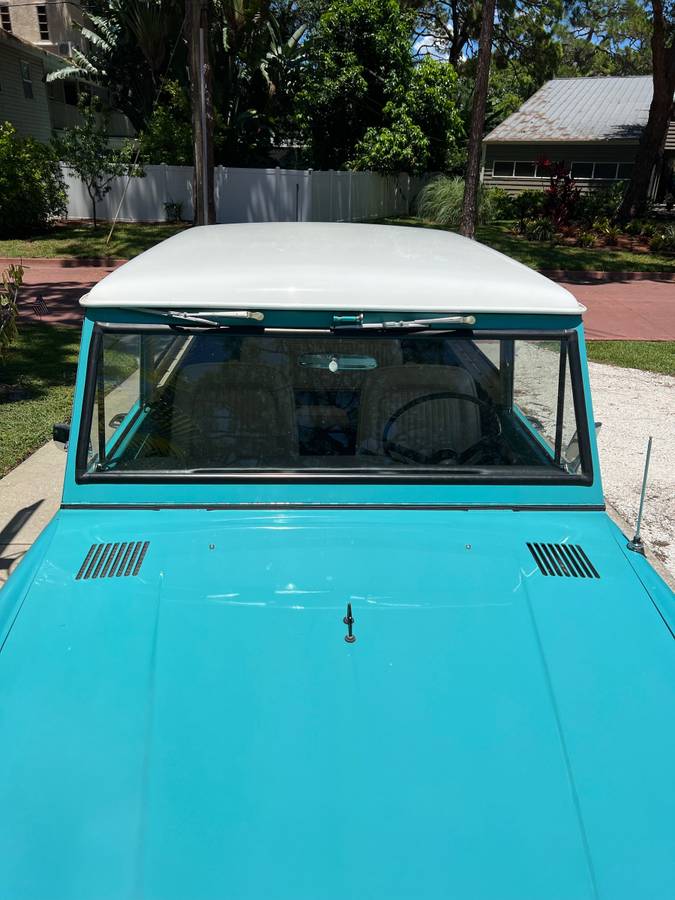 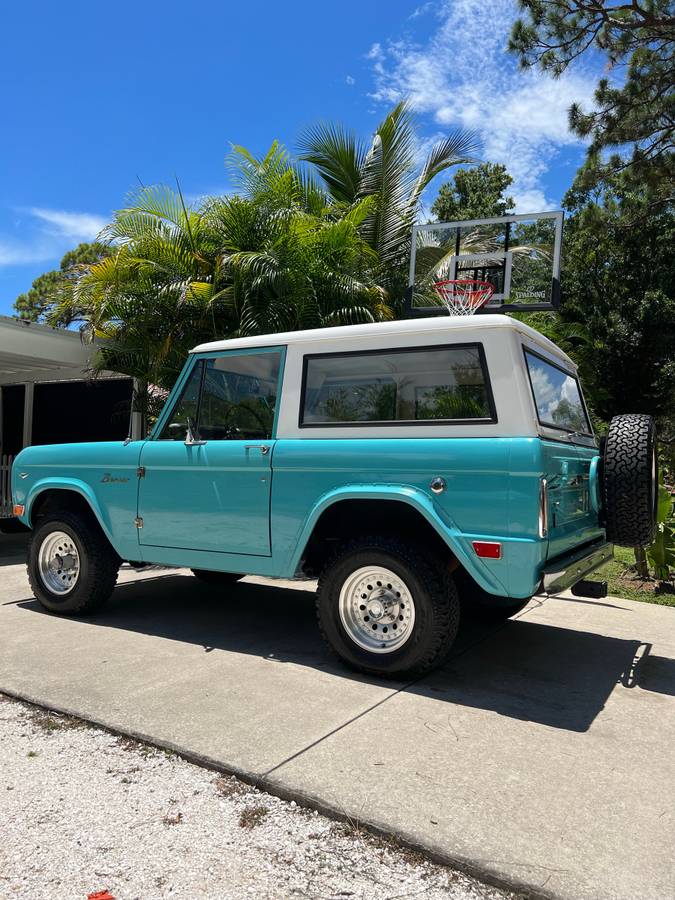 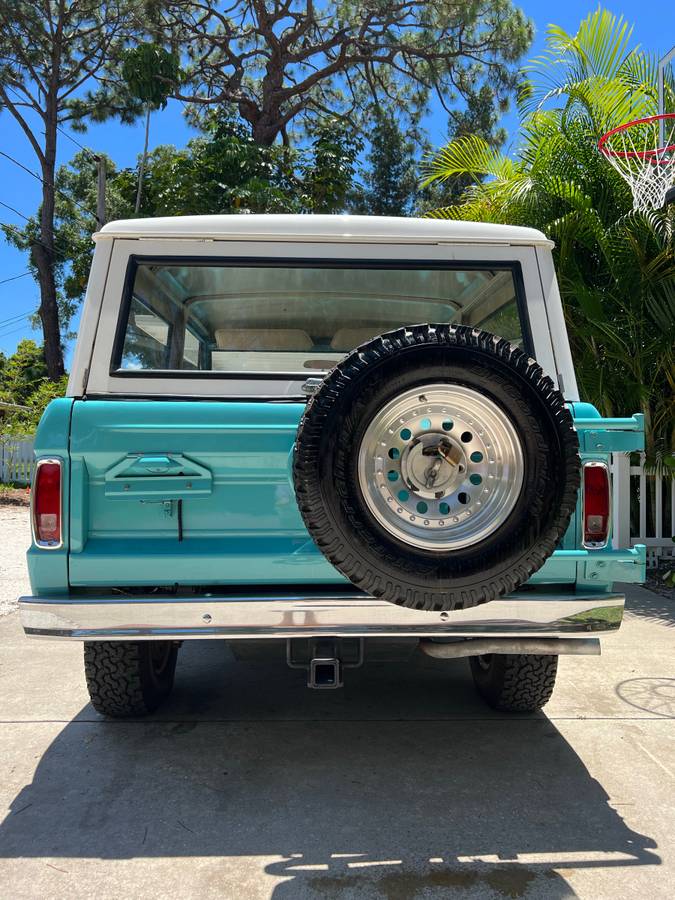 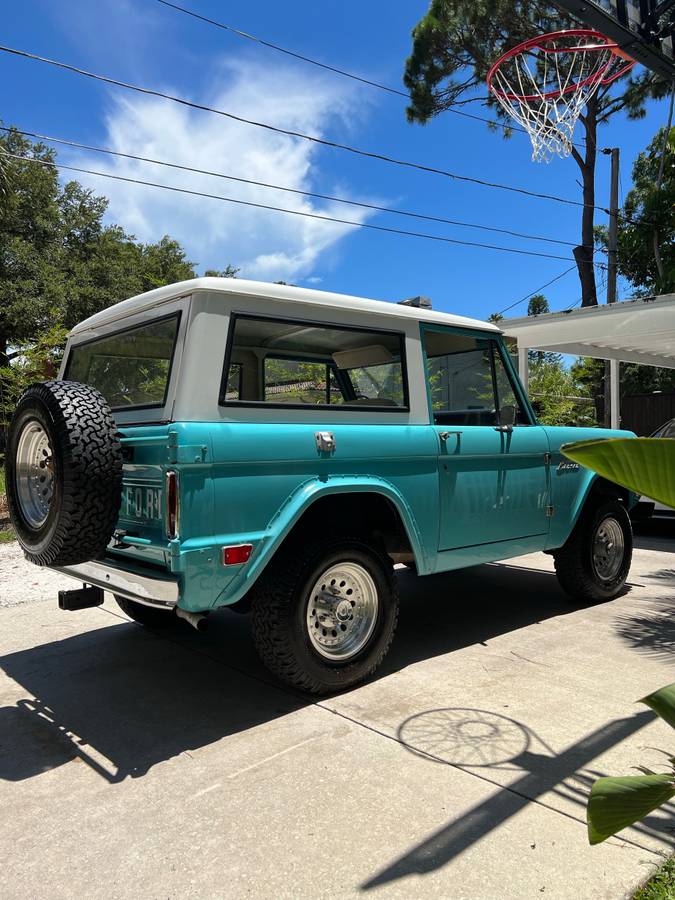 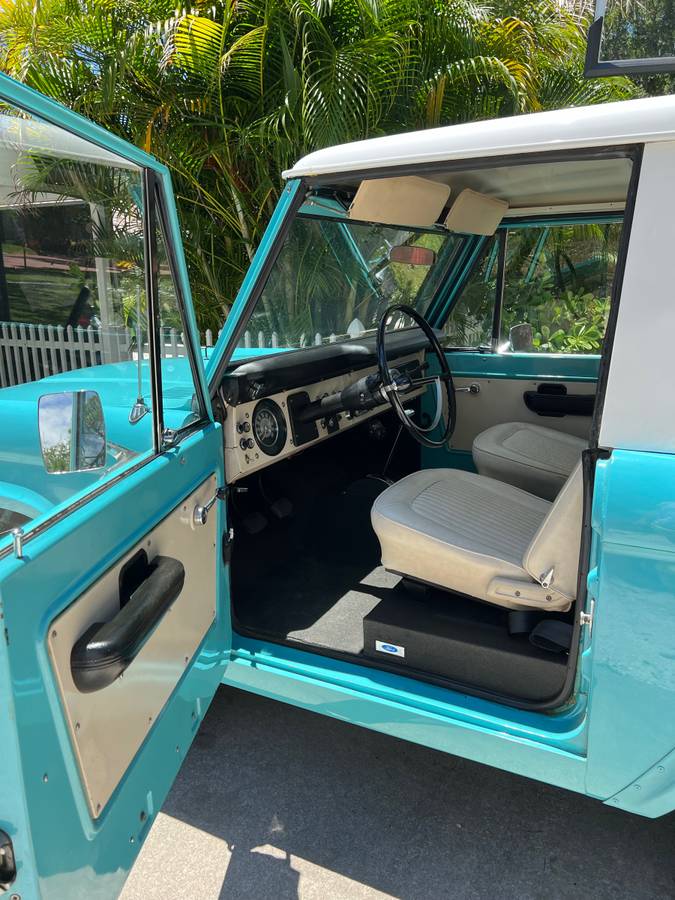 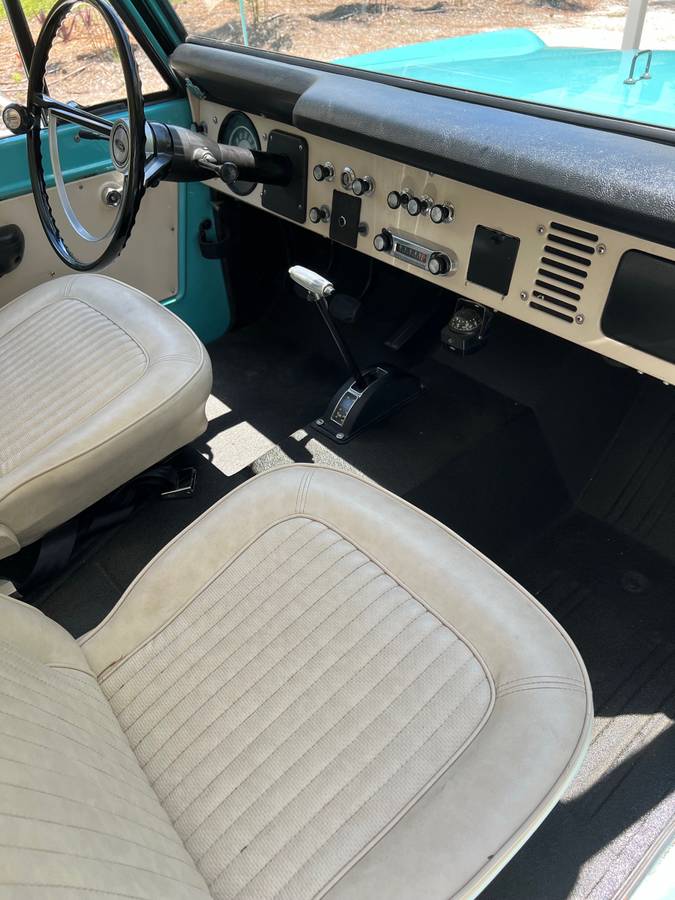 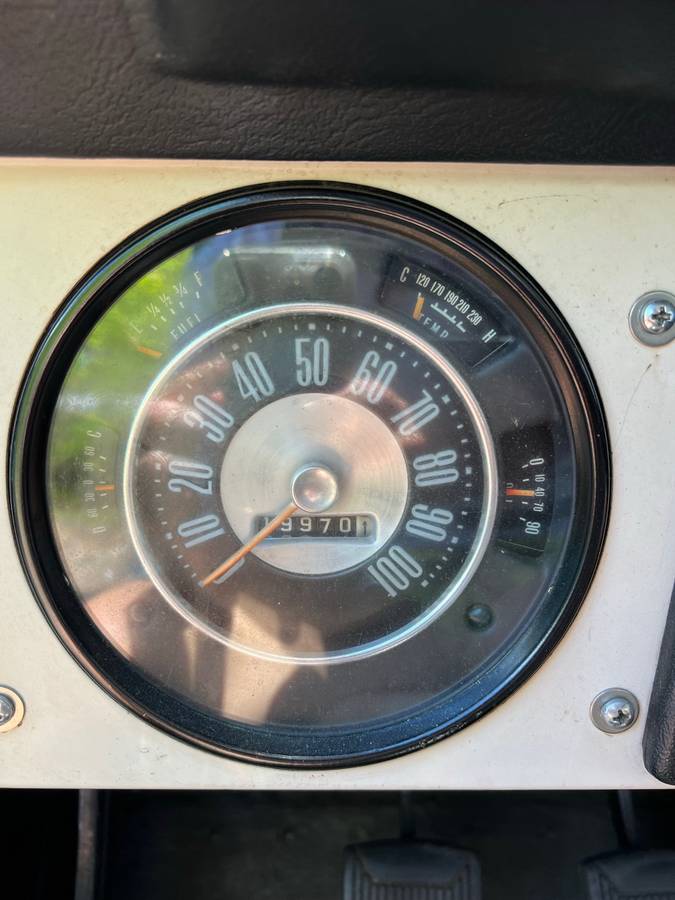 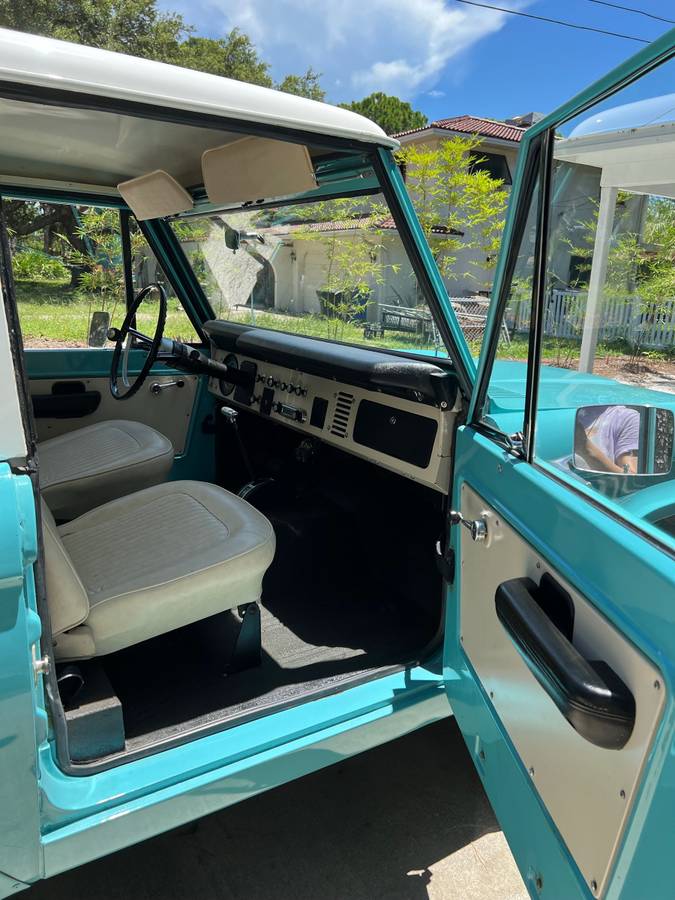 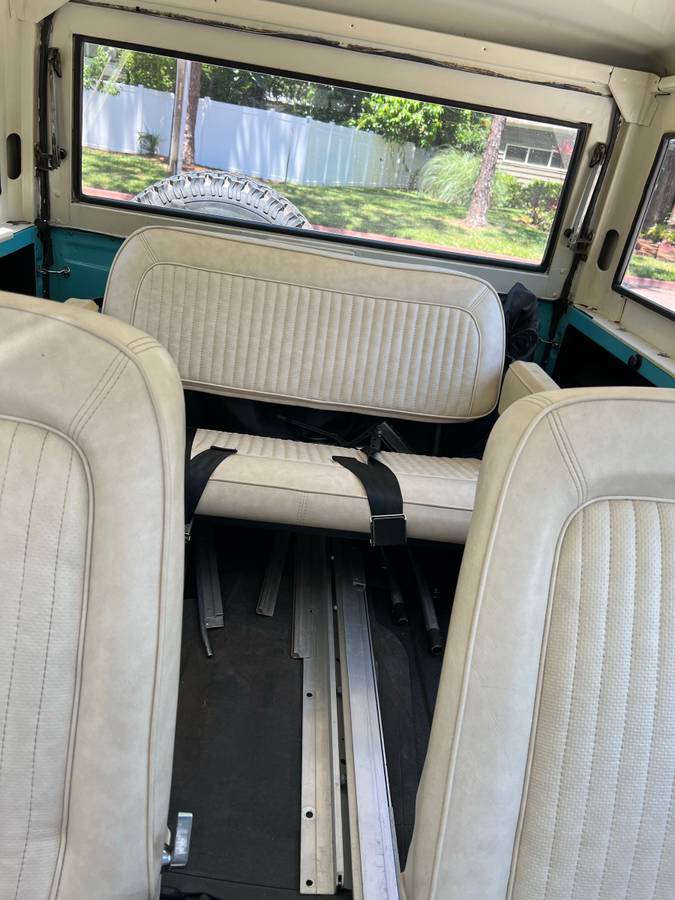 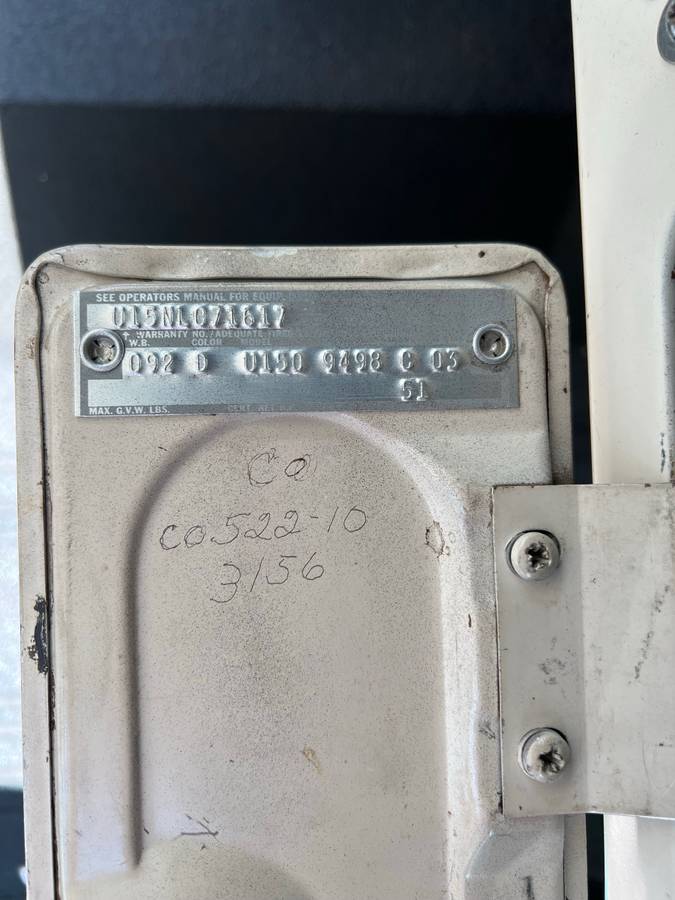 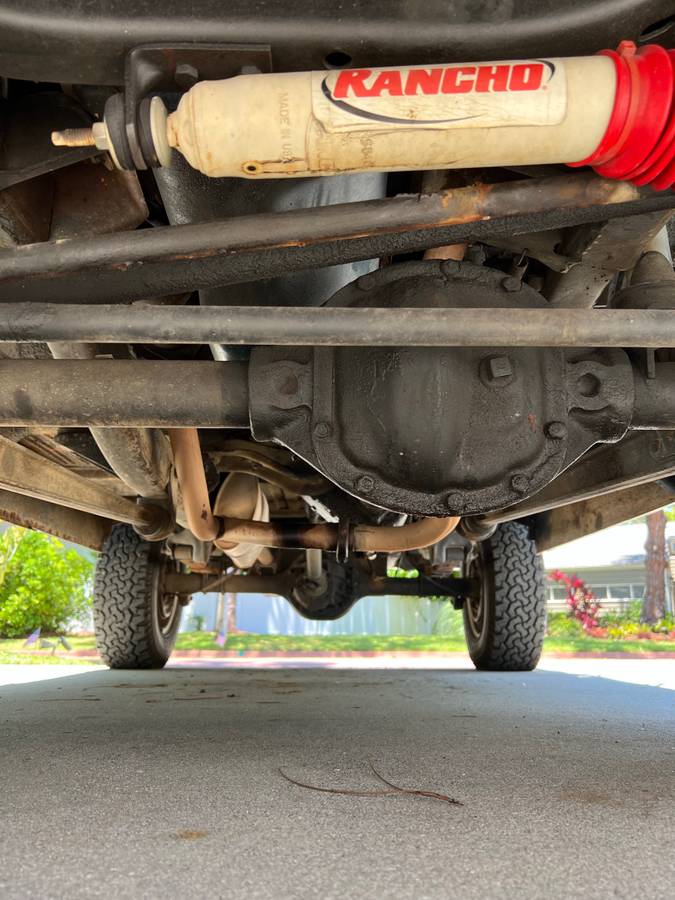 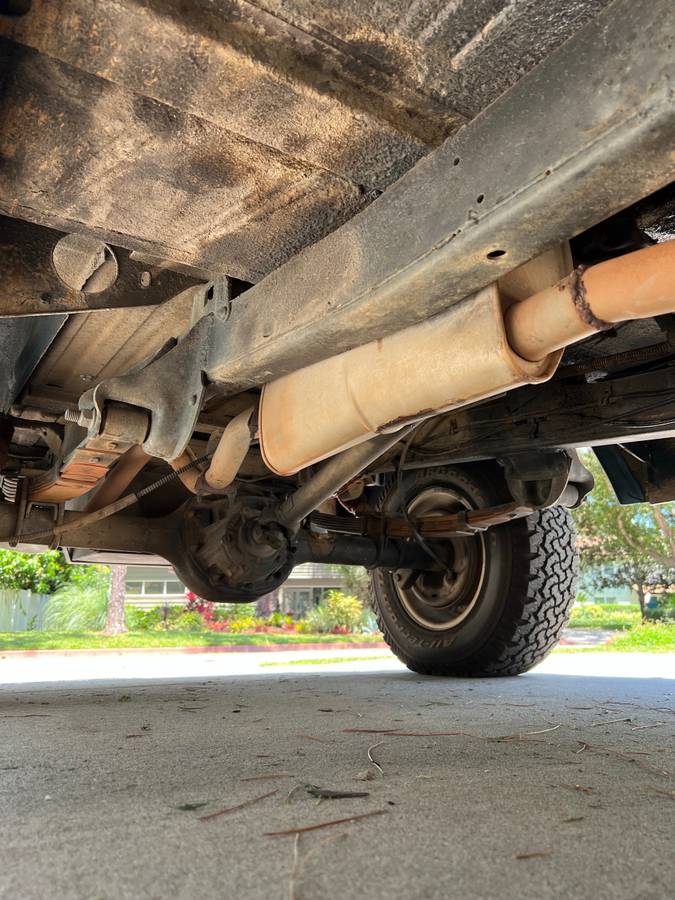 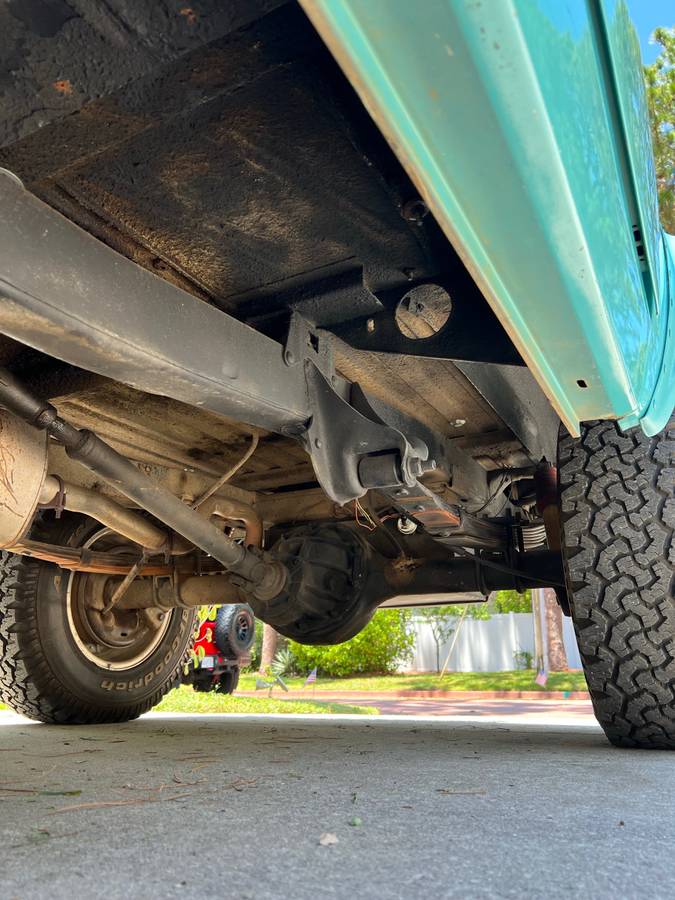 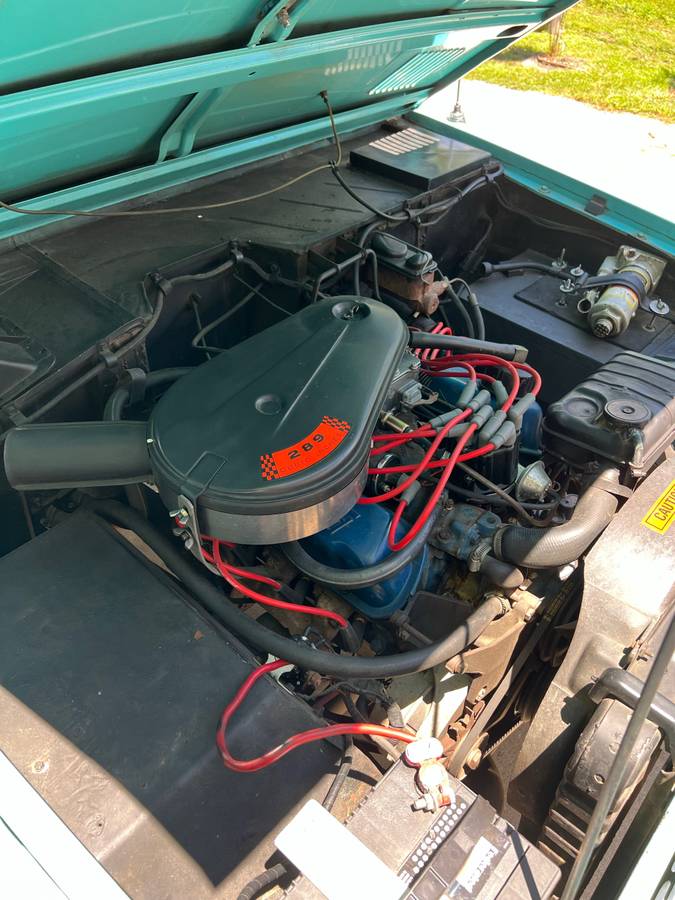 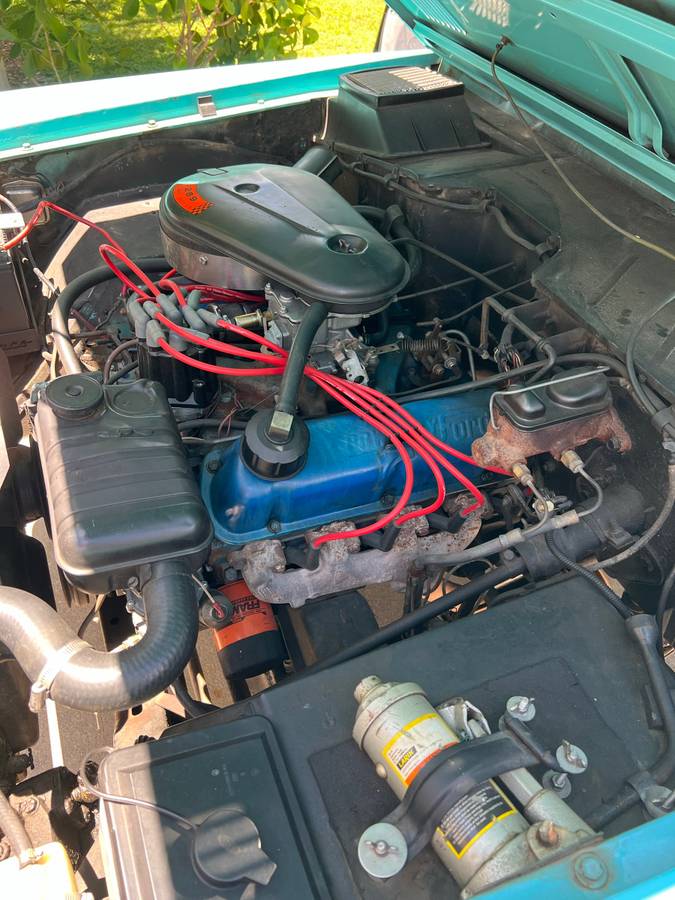 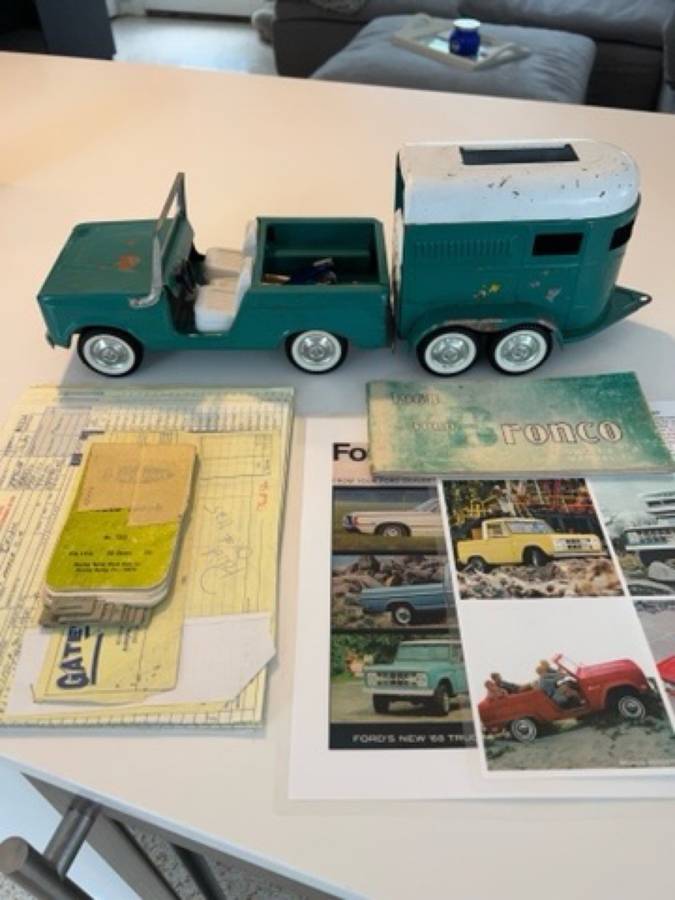 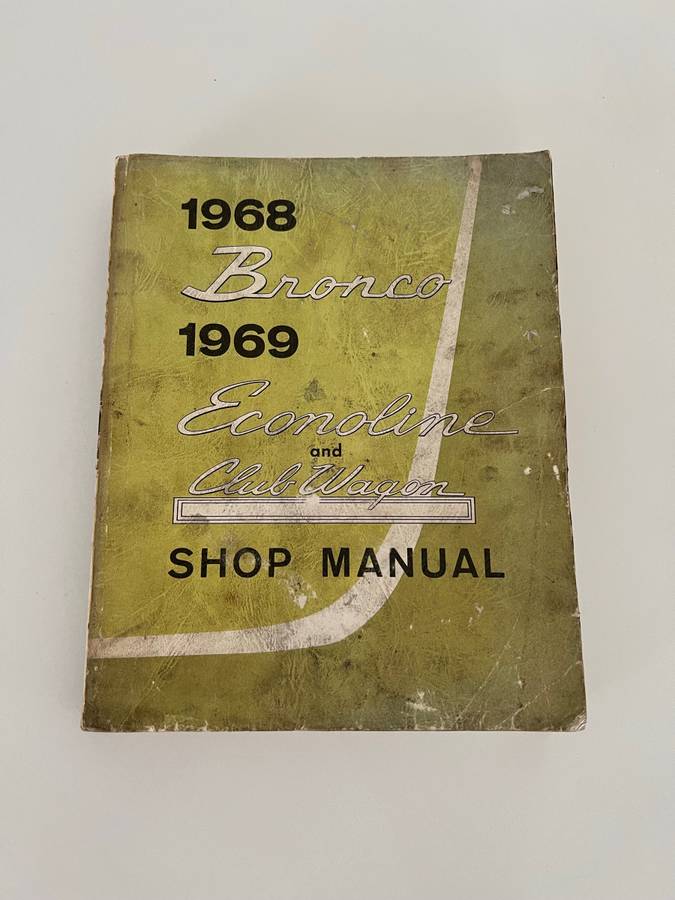 Among vintage SUVs, Ford’s first-generation Bronco stands out as the biggest gainer in value as these continue to be hot commodities in the collector car world. It’s become fairly common to find the asking price for nicely restored 1960s vintage Broncos exceeding six figures, and consequently, we do not see many on Craigslist anymore. One of the more common modifications made on first-generation Broncos was the opening of the rear wheels designed to accommodate bigger tires. Despite its documented under-20K original mile provenance and restoration completed in 2005, this 1968 Ford Bronco originally listed in July 2022 on Craigslist in St. Petersburg, Florida still features modified rear wheel wells sporting color-matched, bolt-on fender flares.

Currently offered for $59,000, Classic.com, the analytics and search engine for the collector car market, confirms the ask is well below the one-year rolling average of this guide’s summary for 1968 Ford Broncos.  By clicking on the green dots in the graph below, you can navigate to each comparable car sold as a way to help you evaluate the price of the truck featured here:

As a second data point, the  Collector Car Market Review Online Tool reveals the seller’s ask falls between this guide’s #2 Very Good” estimate of $42,500 and its #1 “Excellent” appraisal of $61,000 before factoring in a fifteen percent premium for the optional 289 cubic inch V8.

Originally developed as a compact off-road vehicle using its own chassis, Ford launched the first-generation Bronco in 1966 initially to compete against the Jeep CJ-5 and International Harvester Scout.  The idea behind the Bronco began with Ford product manager Donald N. Frey in the early 1960s (who also conceived the Ford Mustang) while Ford engineer Paul G. Axelrad developed the engineering specification, and Lee Iacocca approved the final model for production in February 1964.  Today a compact SUV in terms of size, Ford marketing shows a very early example of promoting a civilian off-roader as a “Sports Utility”.

The first-generation Bronco is built upon a chassis developed specifically for the model range, shared with no other Ford or Lincoln-Mercury vehicle. Built on a 92-inch wheelbase (sized between the CJ-5 and Scout), the Bronco used box-section body-on-frame construction.  To simplify production, all examples were sold with four-wheel drive; a shift-on-the-fly Dana 20 transfer case and locking hubs were standard.  The rear axle was a Ford 9-inch unit, with Hotchkiss drive and leaf springs; the front axle was a Dana 30.  In contrast to the Twin I-Beams of larger Ford trucks, the Bronco used radius arms to locate the coil-sprung front axle, along with a lateral track bar, allowing for a 34-foot turning circle, long wheel travel, and anti-dive geometry (useful for snowplowing). A heavier-duty suspension system was an option, along with air front springs.

At its August 1965 launch, the Bronco was offered only with a 170-cubic-inch inline-six.  Derived from the Ford Falcon, the 105-hp engine was modified with solid valve lifters, a six-quart oil pan, heavy-duty fuel pump, oil-bath air cleaner, and carburetor with a float bowl compensated against tilting. In March 1966, a 200-hp 289-cubic-inch V8 was introduced as an option.

In a central theme of the first-generation Bronco, the styling was subordinated to simplicity and economy, so all glass was flat, bumpers were straight C-sections, and the left and right door skins were symmetrical (prior to the fitment of door-mounting hardware).

For 1966, three Bronco body configurations were offered, including a two-door wagon, a half-cab pickup, and an open-body roadster. At its $2,194 base price, the Bronco included few amenities as standard. However, a large number of options were offered through both Ford and its dealers, including front bucket seats, a rear bench seat, a tachometer, and a CB radio, as well as functional items such as a tow bar, an auxiliary gas tank, a power take-off, a snowplow, a winch, and a posthole digger.  Aftermarket accessories included campers, overdrive units, and the usual array of wheels, tires, chassis, and engine parts for increased performance.

Initially selling well, following the introduction of the Chevrolet Blazer, Jeep Cherokee, and International Scout II (from 1969 to 1974), demand shifted towards SUVs with better on-road capability, leading to a decline in demand for the Bronco.

We were able to find a copy of this 1968 Ford Bronco sale brochure: 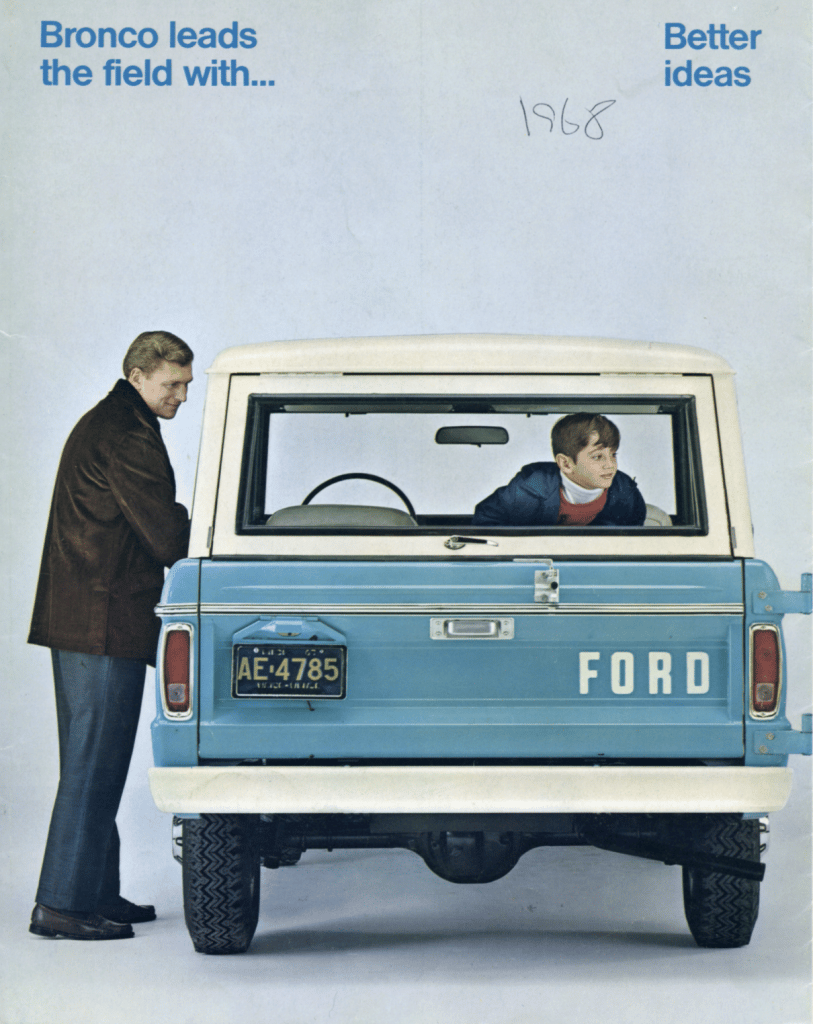 The Michael Williams YouTube Channel features this 1966 Ford Promotional video illustrating all the features and versatility of the then-new Bronco:

With documentation and receipts dating back to when new, this 1968 Ford Bronco appears to be a documented low-mileage example featuring a restoration completed in 2005. Only two things keep this Bronco from appearing completely stock. First, the rear wheels have been opened up and now feature color-matching flares. Second, the American Racing style aluminum wheels shod with BF Goodrich off-road tires are a nice upgrade from the original skinny steel wheels.

Show or go: What would you do with this restored, low-mileage 1968 Ford Bronco?  Please comment below and let us know!