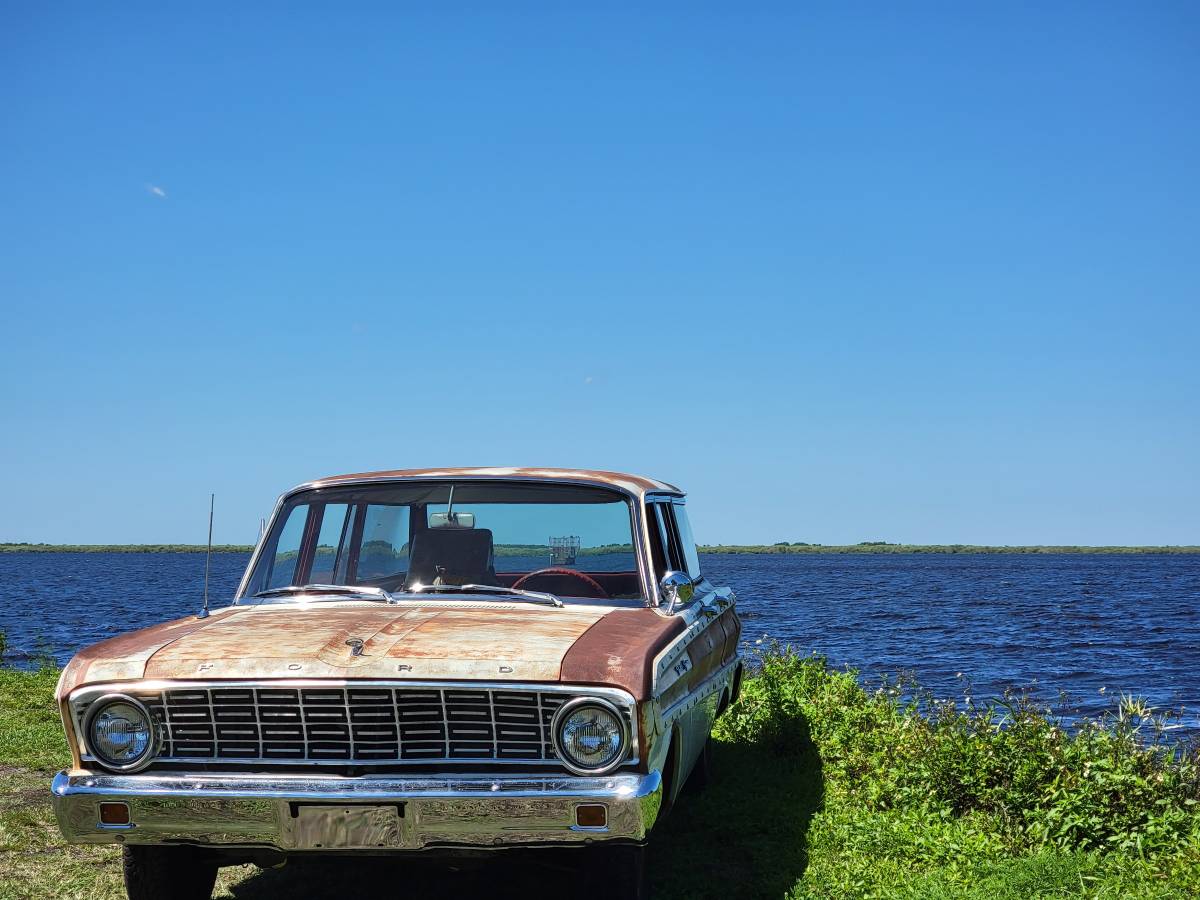 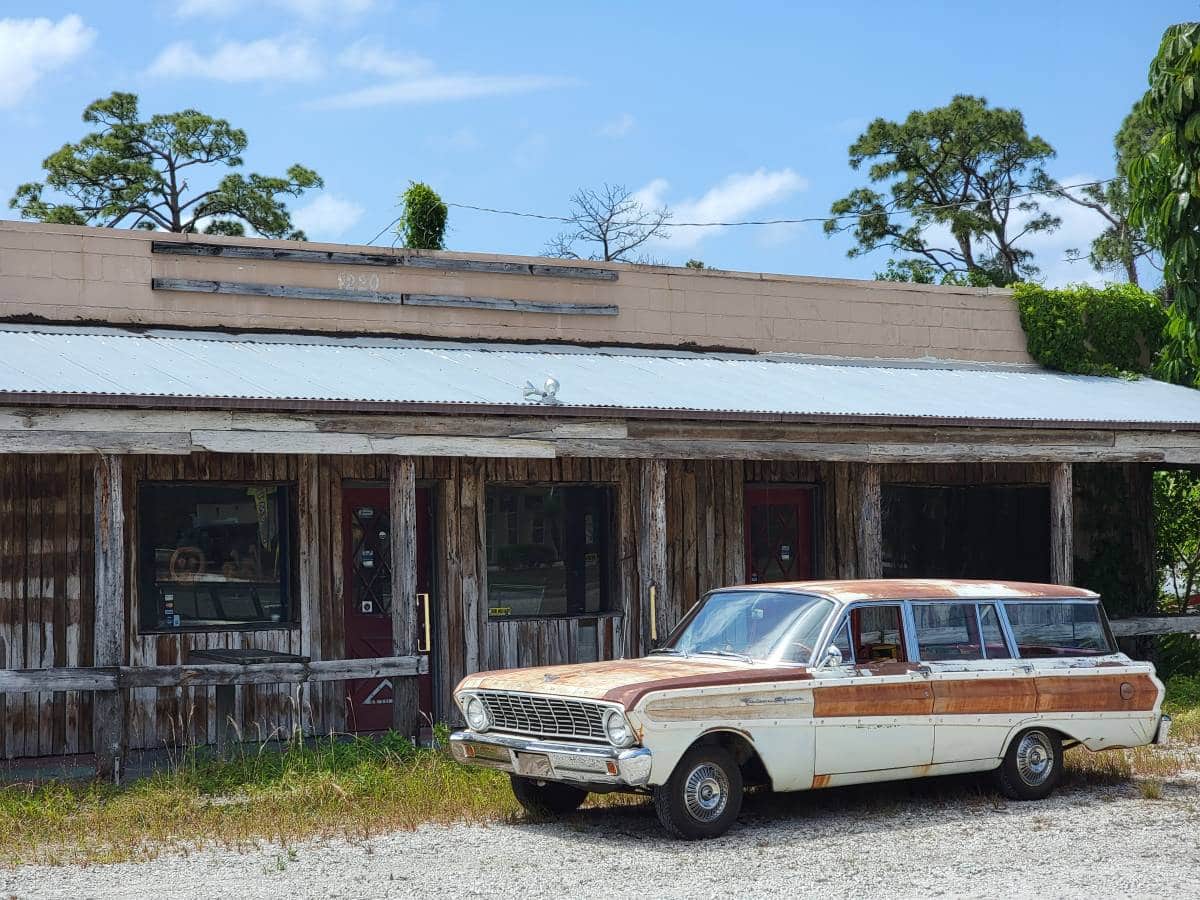 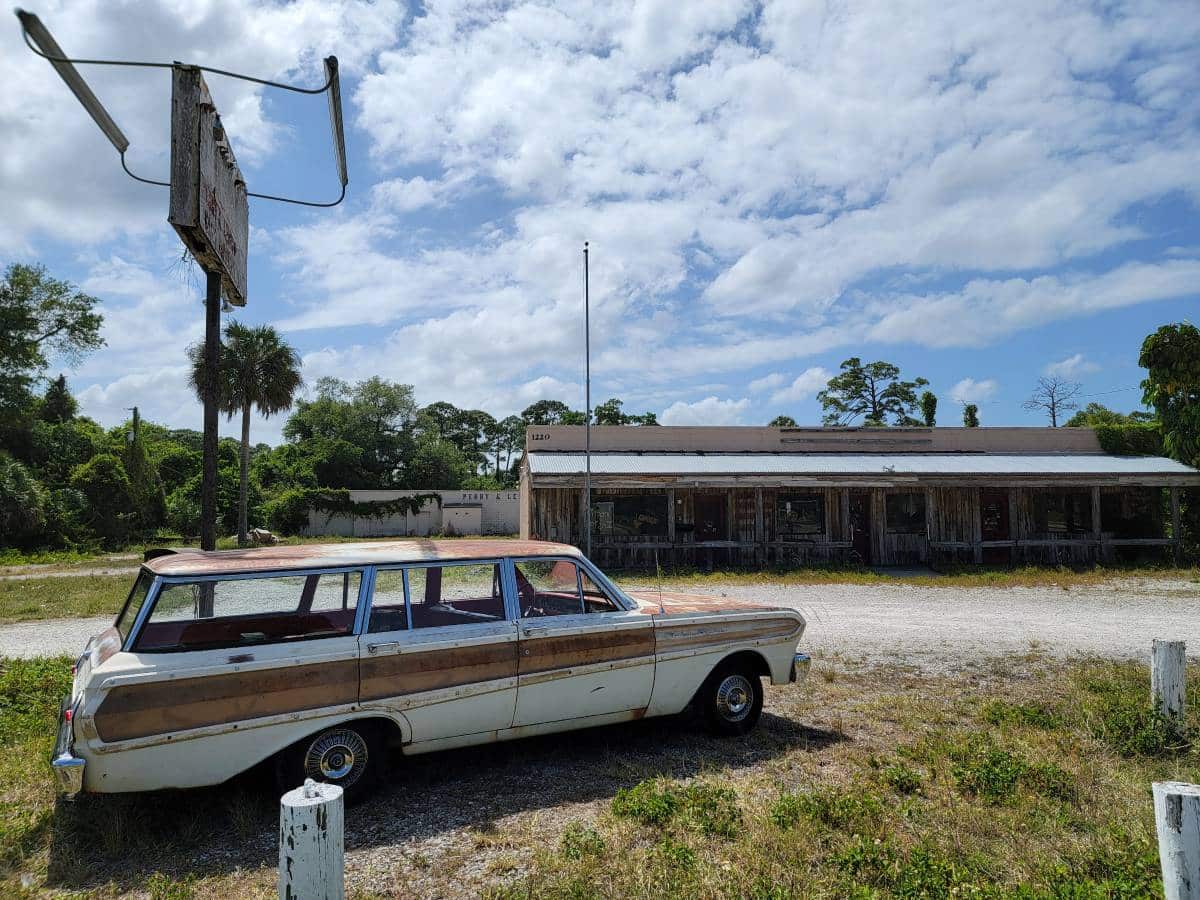 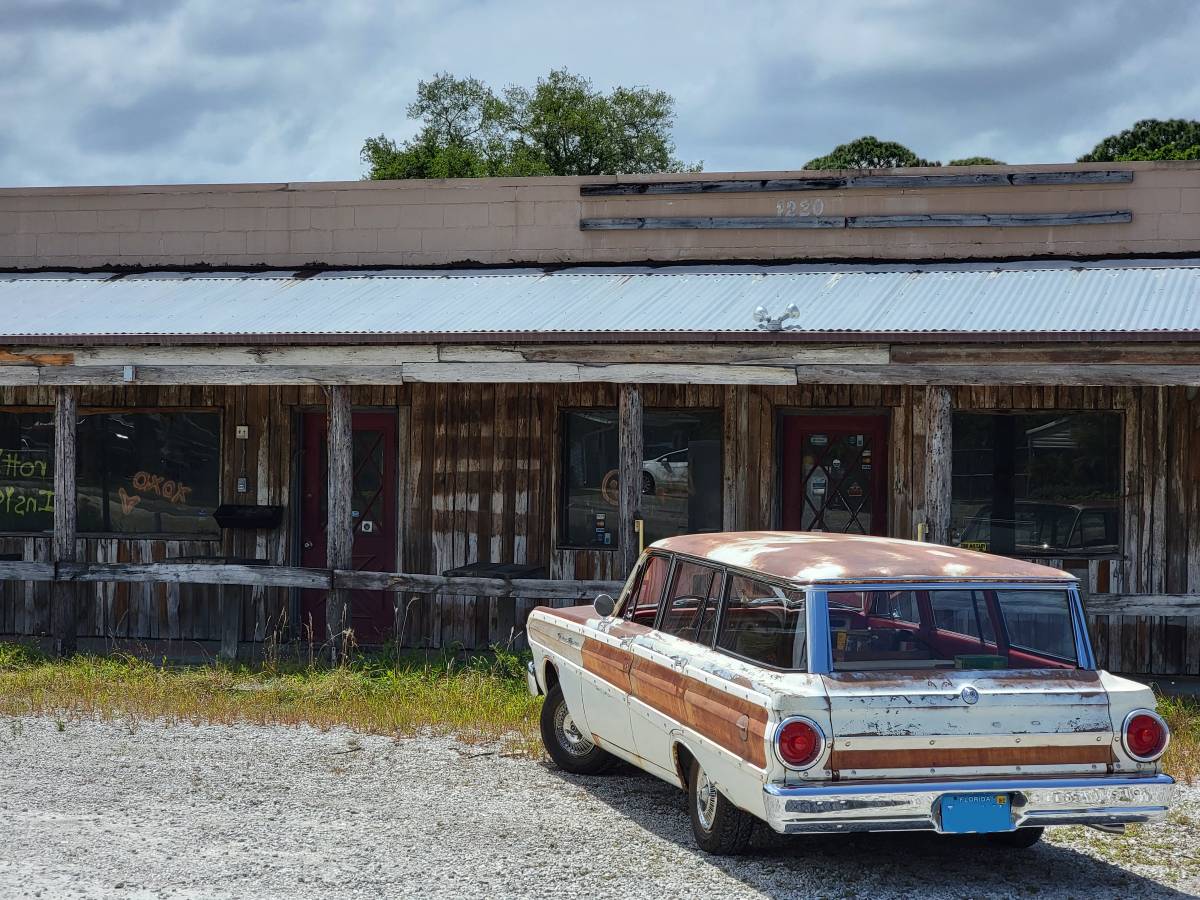 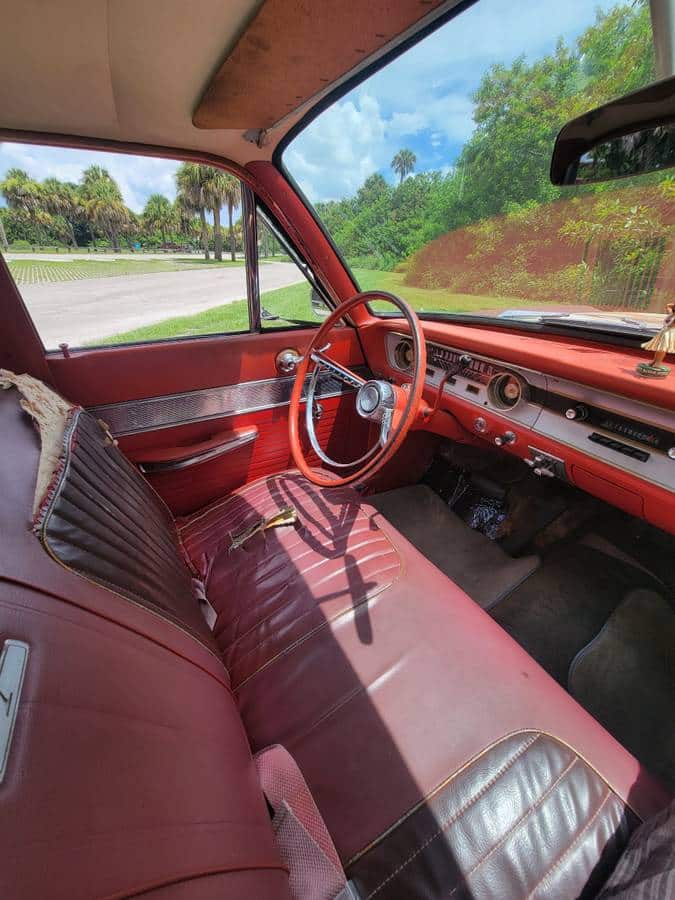 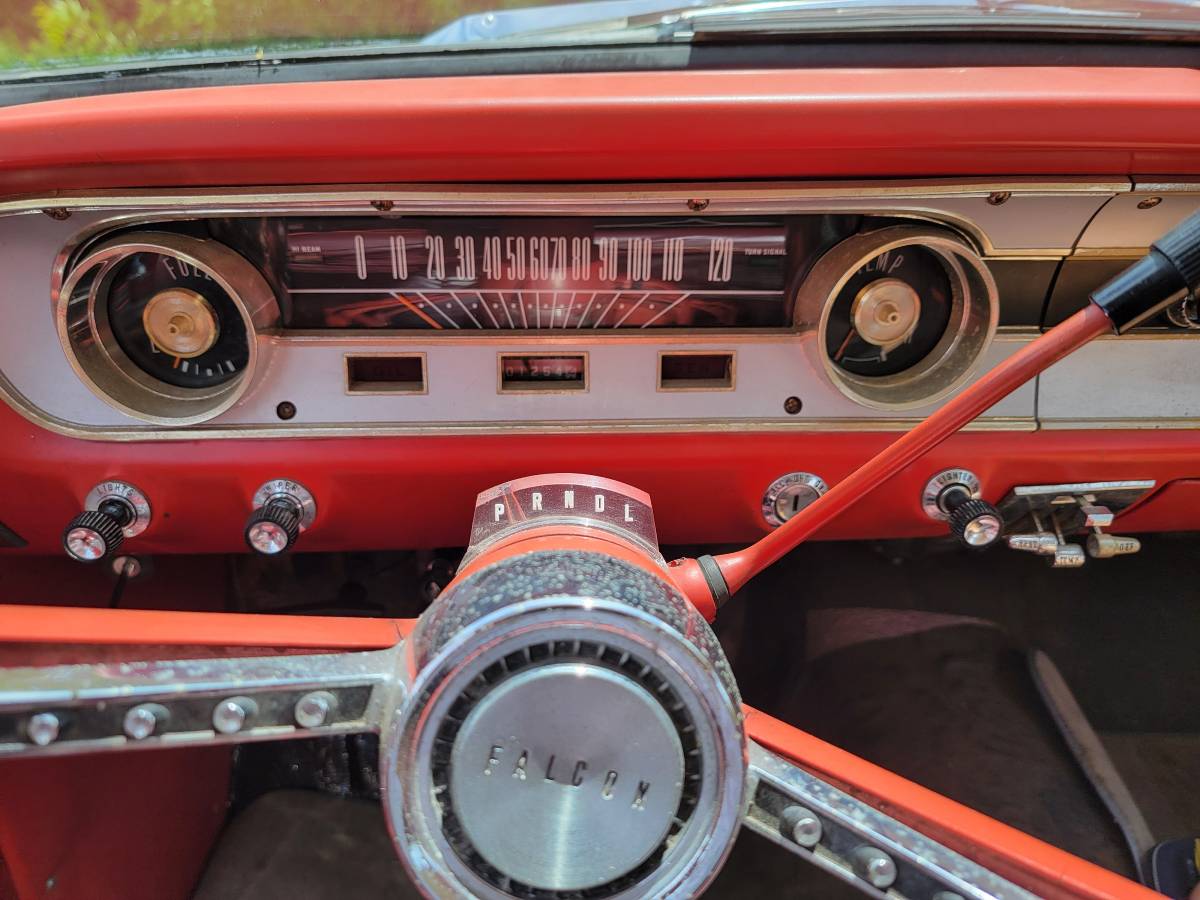 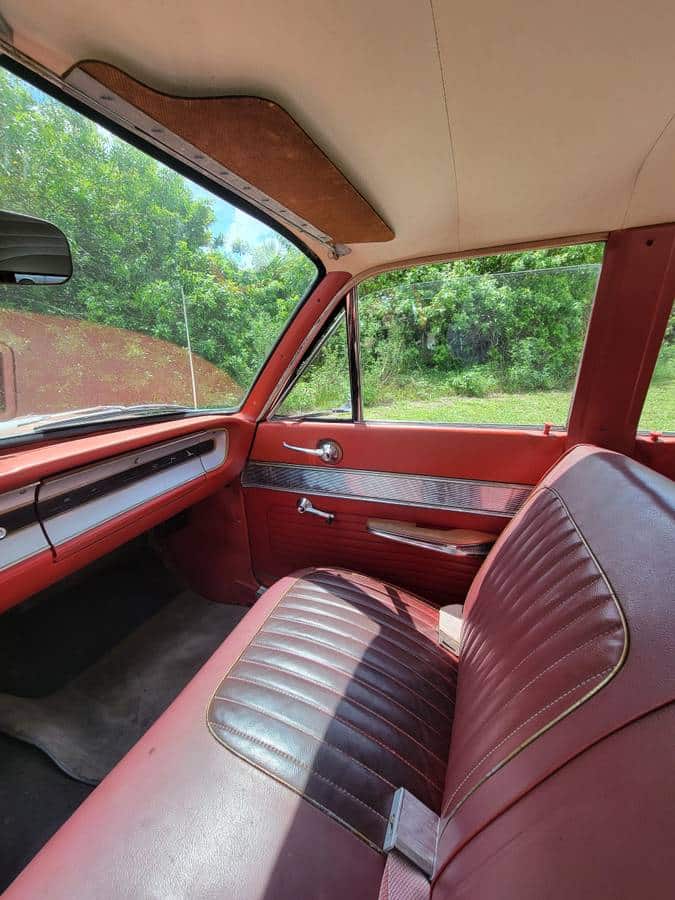 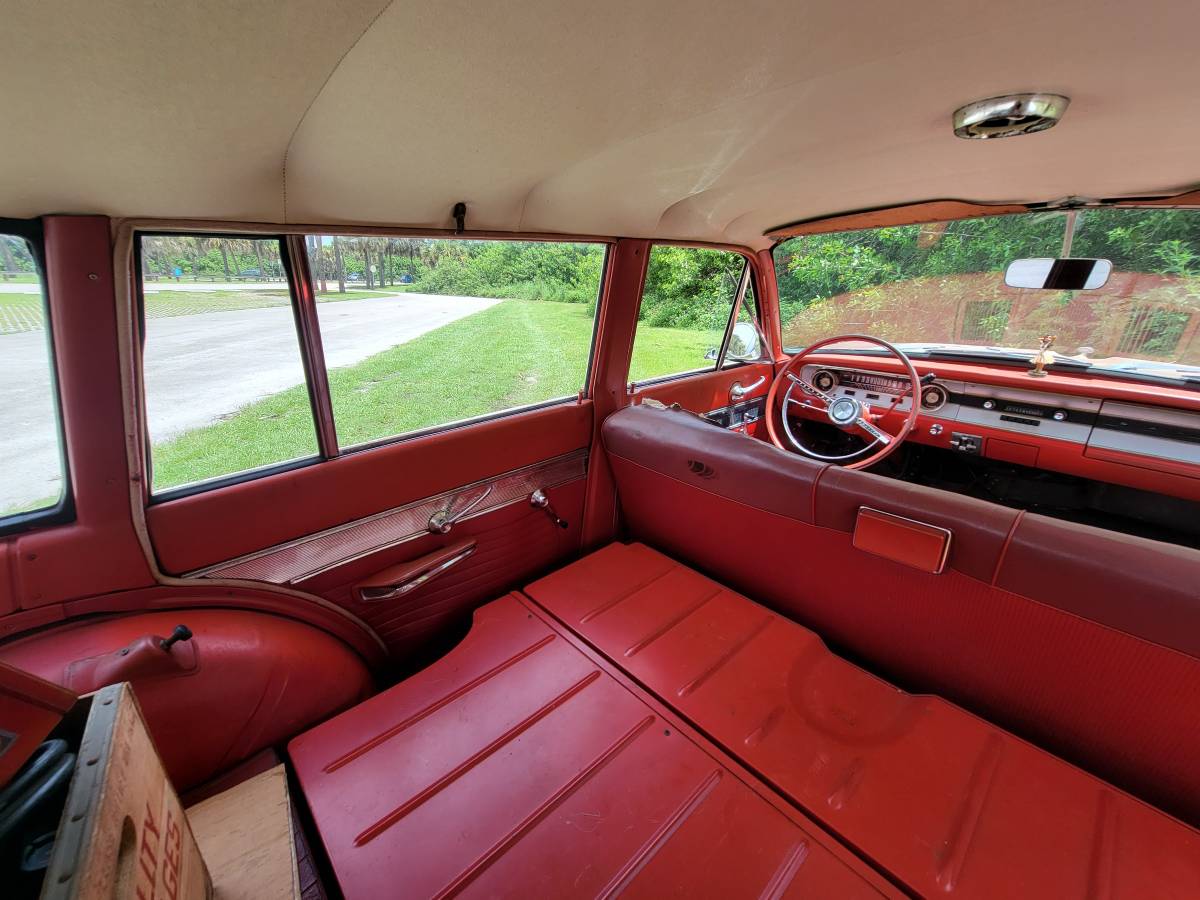 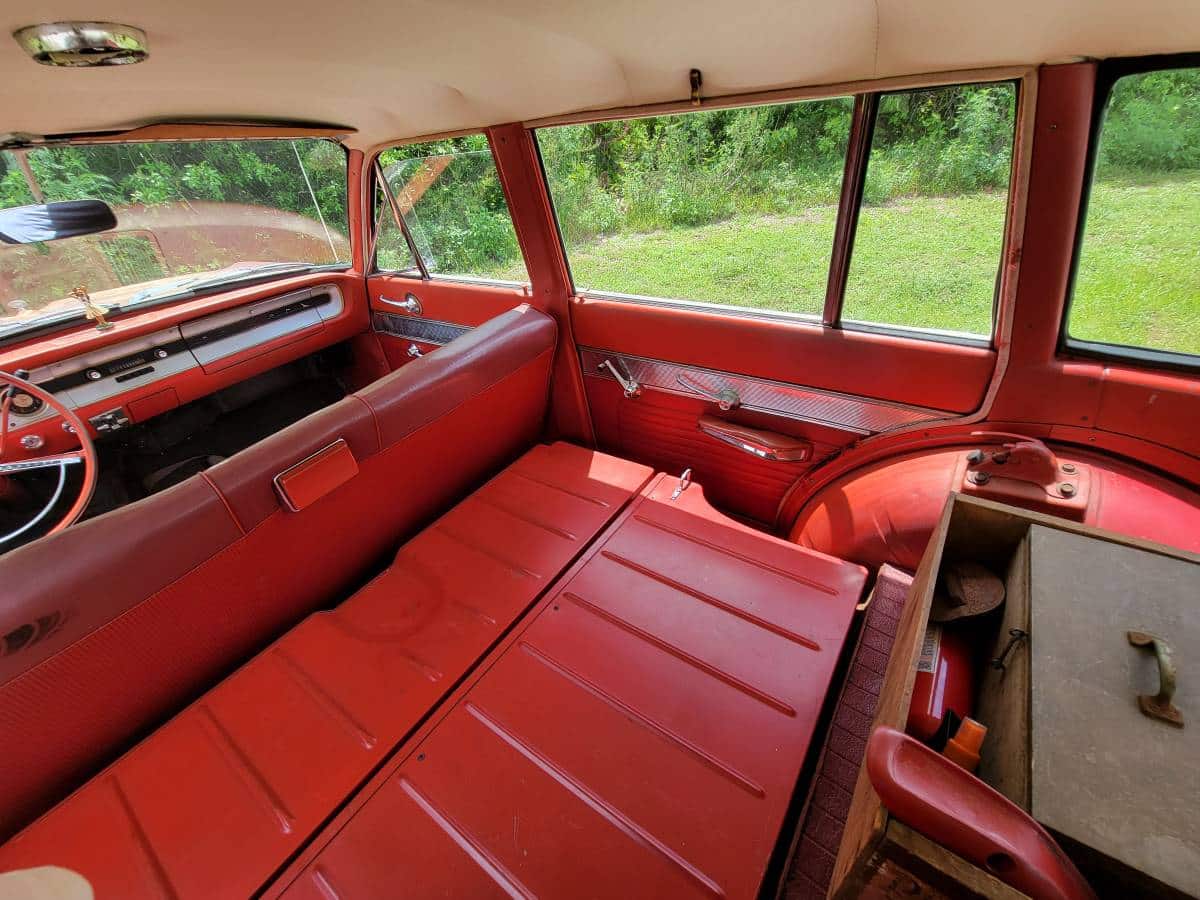 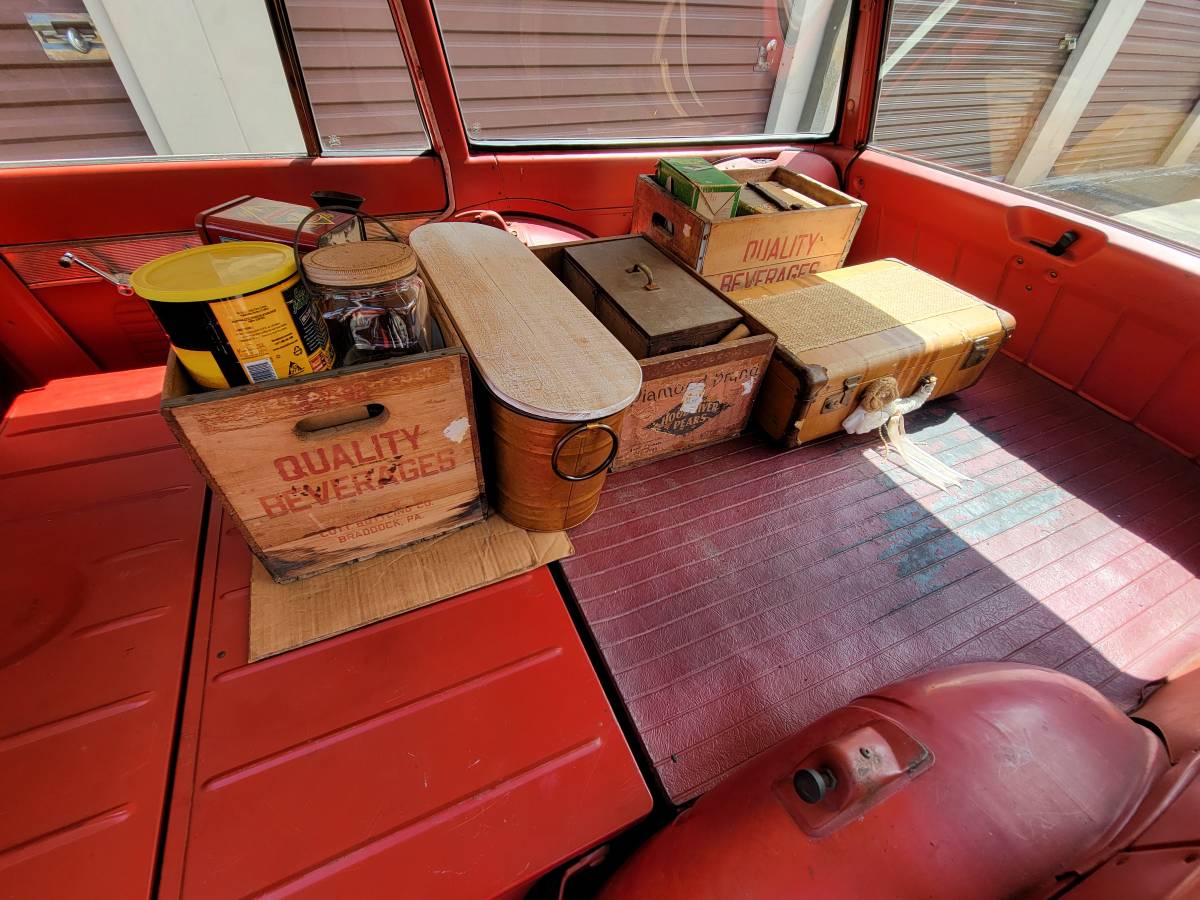 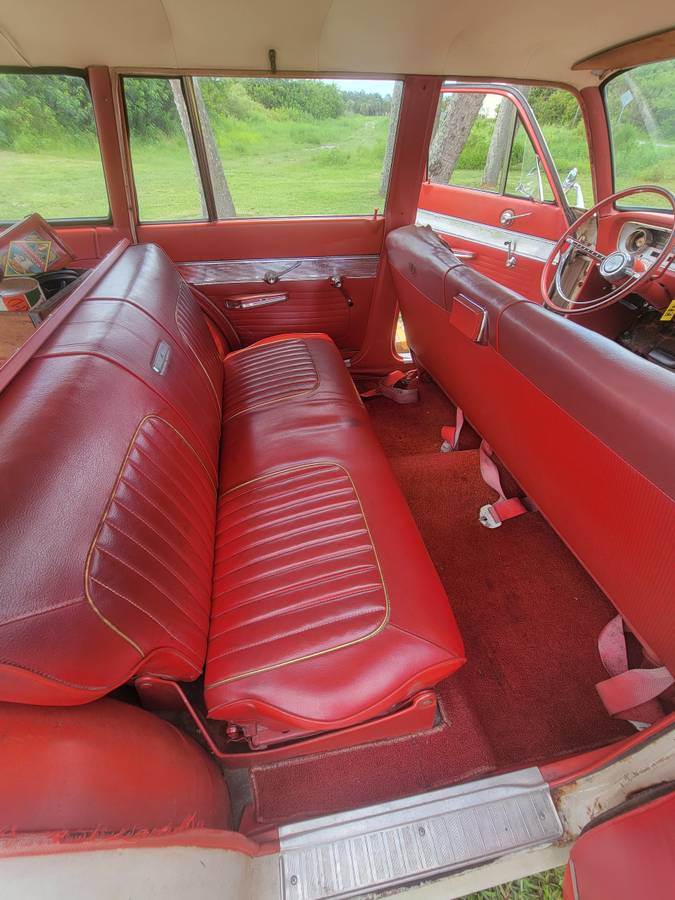 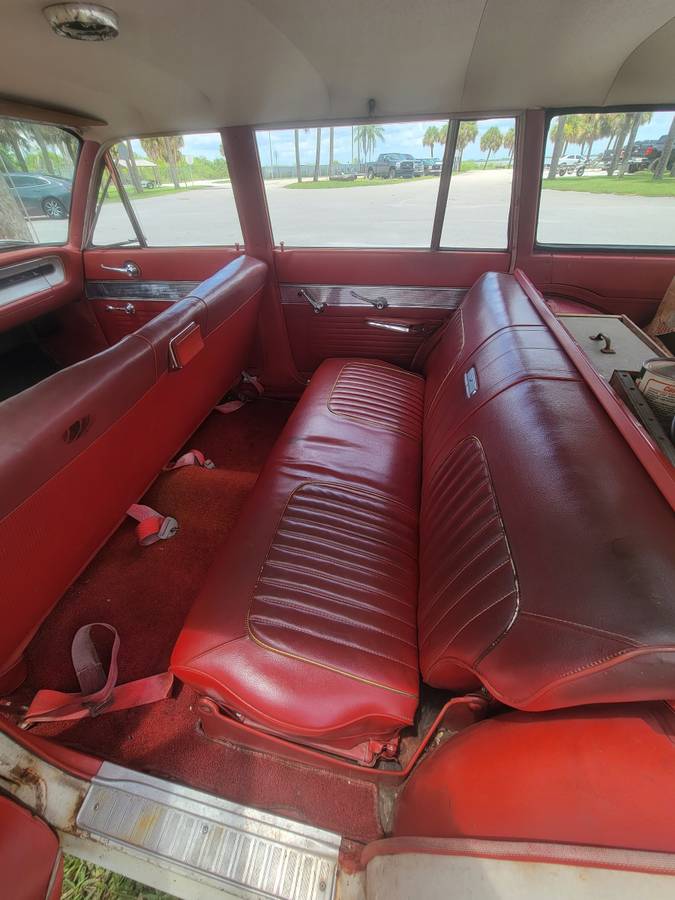 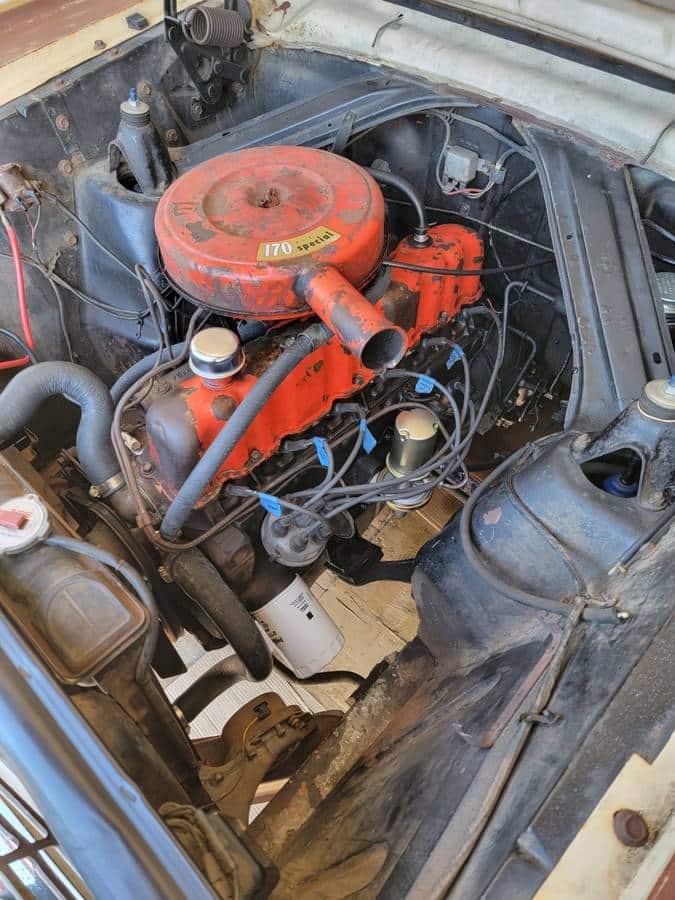 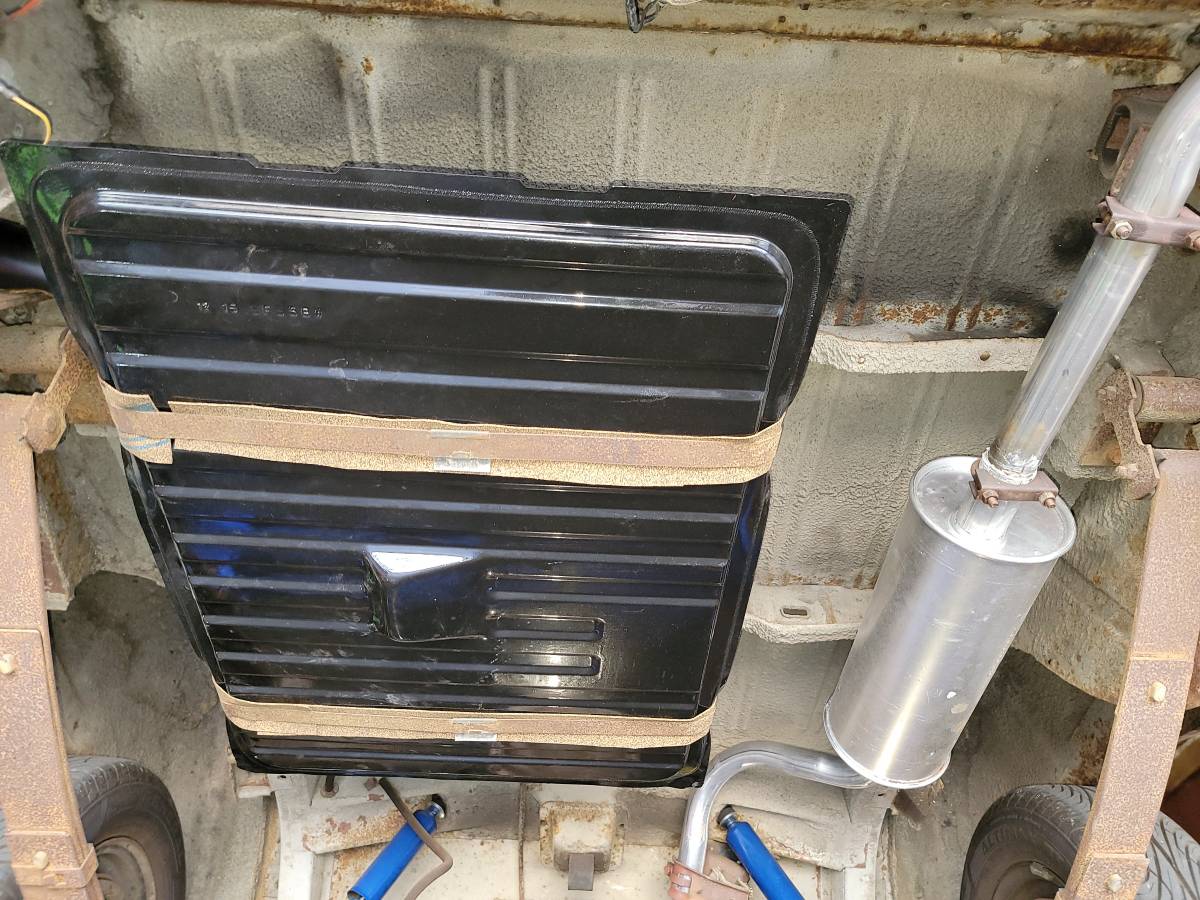 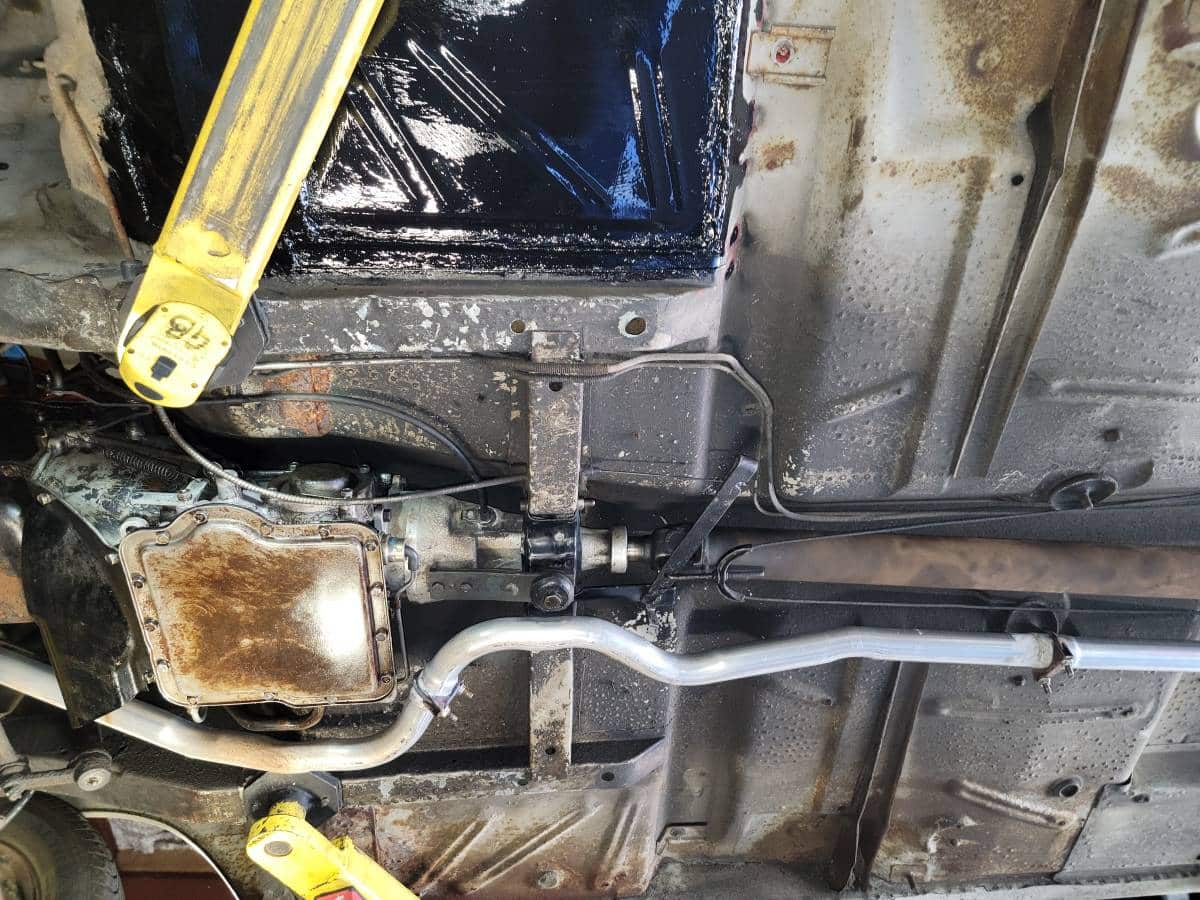 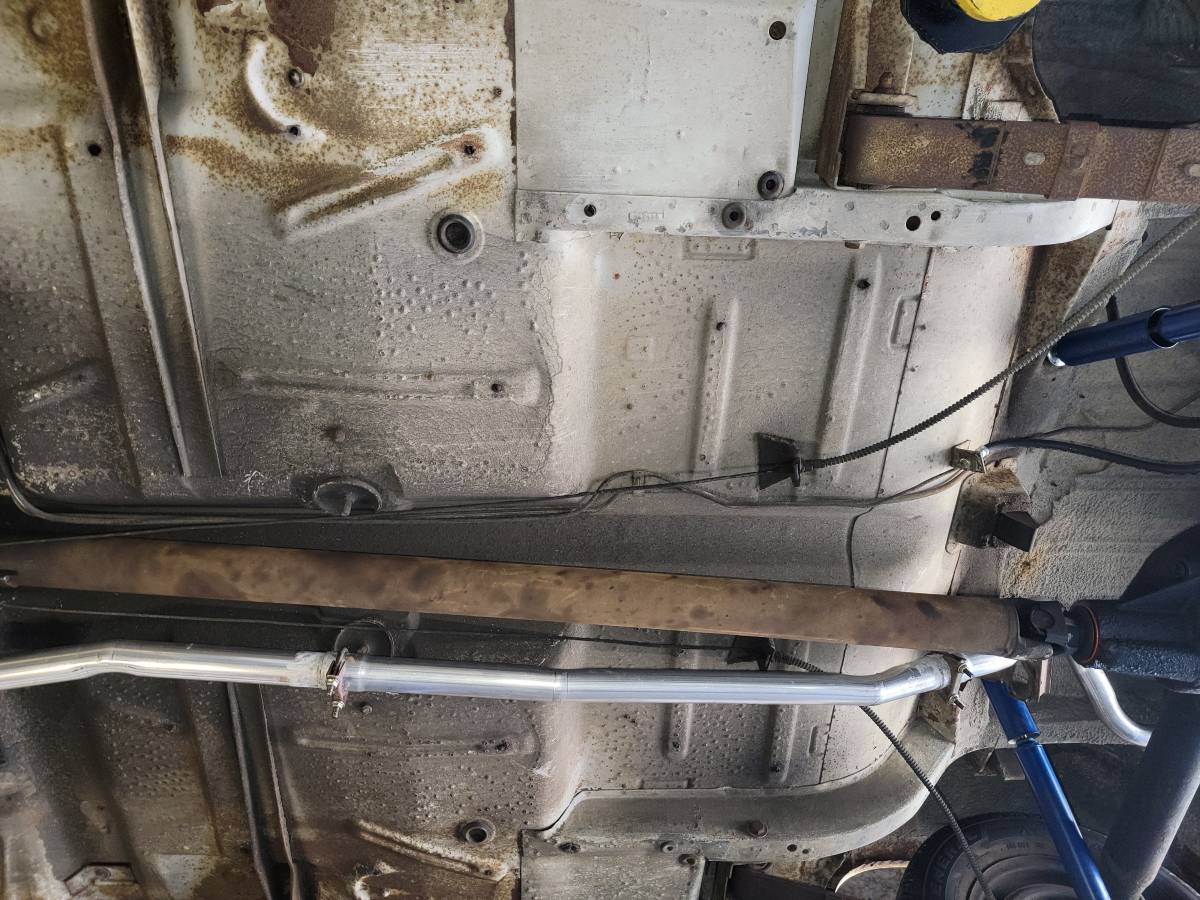 August 10, 2022, Update – We just confirmed the listing for this “Classifind” expired, so with no replacement found we’re assuming this ride “Sold?” While this one got away, please reach out either by email or call us directly if you’d like to be informed when we come across something similar.

Compared to most classic 1960s station wagons, the second-generation Ford Falcon is a nicely-sized long roof providing ample room for a family and the ability to fit in most garages.  This 1964 Ford Falcon Squire wagon, originally listed in July 2022 on Craigslist in Melbourne, Florida, appears to be a solid driver-quality example in the right color combination that the next caretaker can restore or turn into a nice restomod.

Currently offered for $34,500, Classic.com, the analytics and search engine for the collector car market, confirms the ask is well below the one-year rolling average of this guide’s summary for second-generation 1964 Ford Falcons of all body styles.  By clicking on the green dots in the graph below, you can navigate to each comparable car sold as a way to help you evaluate the price of the wagon featured here:

As a second data point, the  Collector Car Market Review Online Tool reveals the seller’s ask falls between this guide’s #4 “Fair” estimate of $5,000 and its # “Excellent” appraisal of $9,900.

In the fall of 1963, Ford launched its second-generation 1964 Falcon featuring more squared-off styling. Using a coil spring front suspension and leaf springs in the back, all supporting unitized body construction, convertibles added a plate running underneath the front seat connecting the rocker panels to regain the structural rigidity lost by removing the steel roof.  1964 was the second year for the Falcon’s V8 option:  early cars that year came equipped with Ford’s 260 cubic inch V8. While Falcon wagons continued to sell well, Ford’s launch of the 1964 1/2 Mustang started to cannibalize sales of two-door Falcon Futura and Sprint models by 1965.

The US Auto Industry YouTube Channel features this video from 1964 featuring actress Shirley Booth in character as Hazel from the TV show of the same name:

As a former owner of a Wimbledon White over Rangoon Red ’64 Falcon convertible, the author can attest that this 1964 Ford Squire wagon in the same color combination would look much better fully restored. Consequently, we hope the next caretaker goes down that path rather than making a street machine or restomod out of it.

“Motivated to sell…asking $7k cash or trade + cash (trade details below)…need the room inside to finish other projects and must let one go…clean FL title in hand, and yes, the beverage crates and hula girl go with the car.

Well-preserved WA state car, 170 inline six/auto, cruise around while preparing to seal/clear coat it the way you want.

The bad:
– Rear hatch not currently working – motor began to skip so has been disconnected. There is tons of information and support available through Facebook groups from the research I’ve done on this.
– Fuel gauge not currently working – believed to not be sending unit
– Front seat has tear on driver’s side – obviously was used back in the day

The good:
– She cruises down the road at a nice, cool 50mph with ease. Receipts in hand for all parts and work completed to date with general list below since took ownership in 2016.
– Lights, horn, wipers, etc are in working condition
– Retains many original Squire parts/markings (trim, gas cap, wheel covers)
– Spare tire carrier holds tire safe and sound despite some surface rust.
– literally the ONLY car around like this….not one of the faux imitators that get sprayed on…be prepared for heads on a swivel while out on the road

clean FL title in-hand and some spare parts too :D”

Restore or drive as-is: What would you do with this 1964 Ford Falcon Squire Wagon?  Please comment below and let us know!