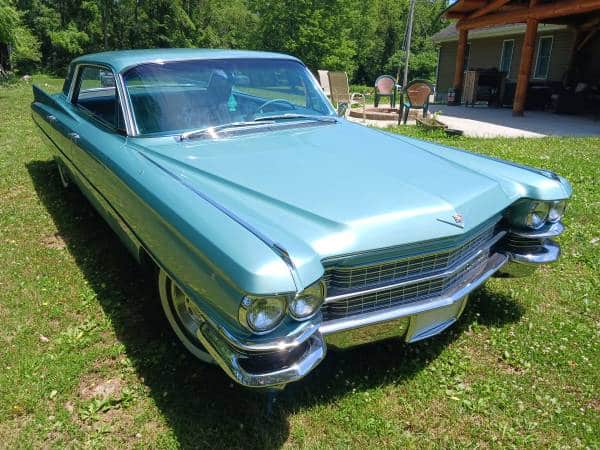 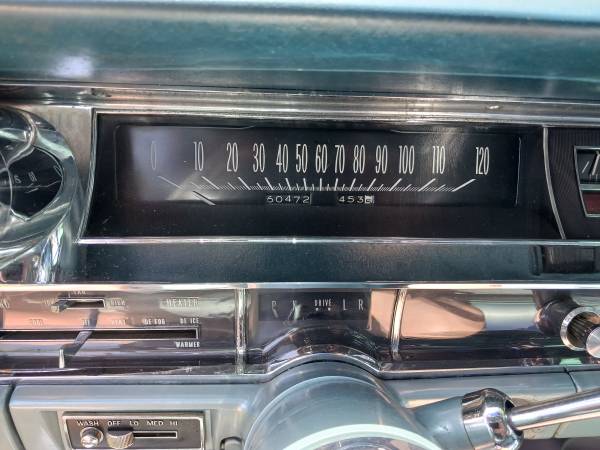 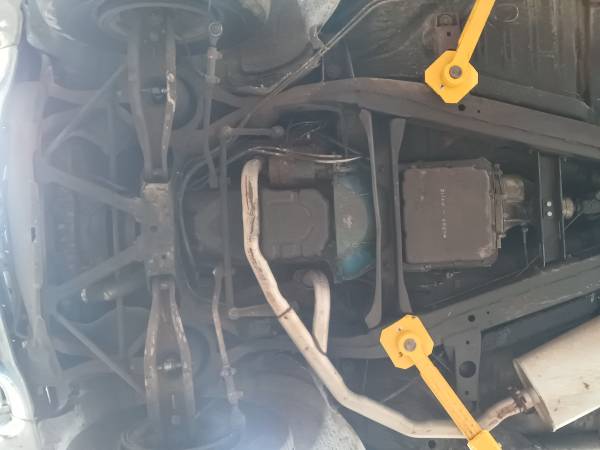 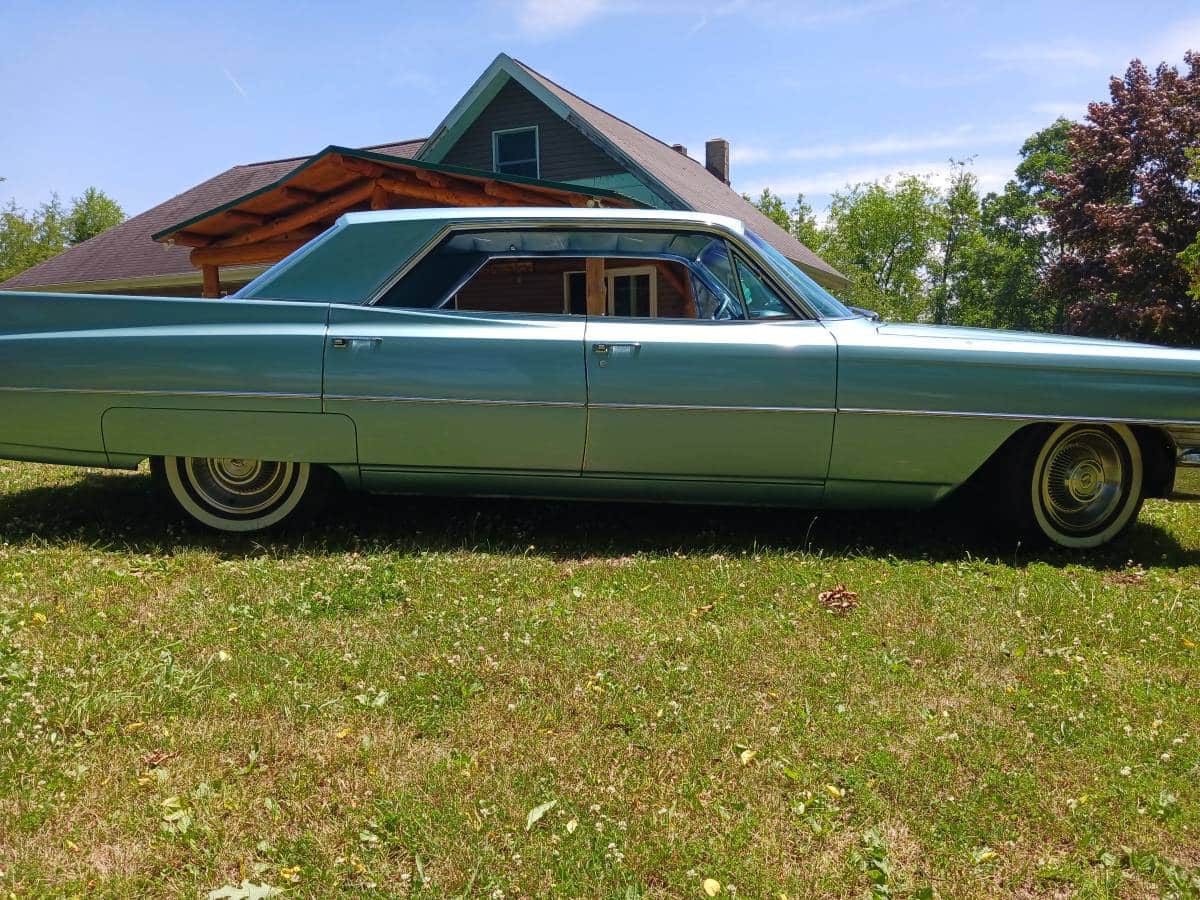 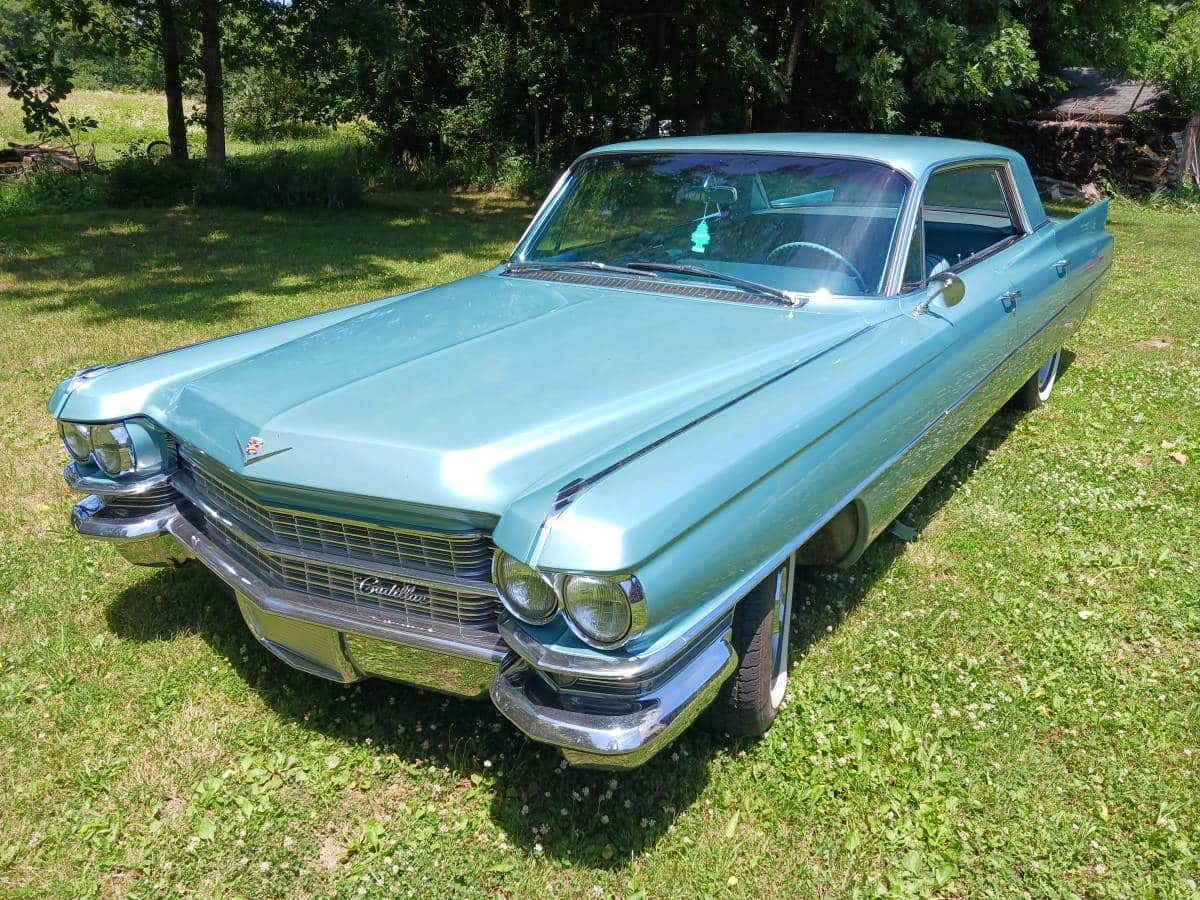 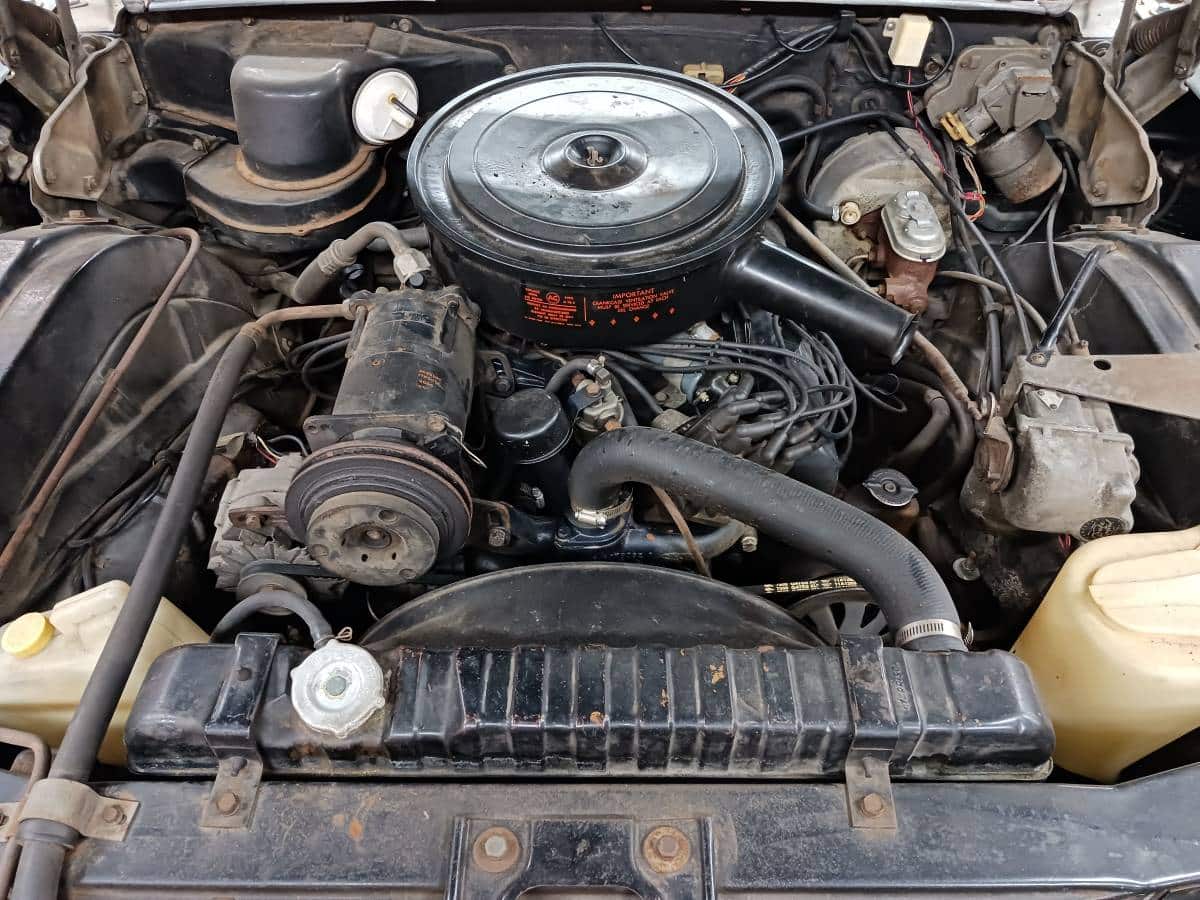 Blogging about classic cars never gets old as you tend to learn something new every day.  Today’s lesson is a two-parter. First, here’s a trivia question for your next Car Show meetup: Which GM Brand used the Park Avenue brand first?  The keyword is “first,” as most people might think it was Buick in 1975.  They would be wrong, as Cadillac was the first GM Brand to use the “Park Avenue” moniker for its short deck four-door hardtop. The second part of the history lesson is that Cadillac offered short deck models from 1961 to 1963 that featured a seven-inch shorter rear deck and tail fins.

This survivor quality, 1963 Cadillac Park Avenue, originally listed in July 2022 on Craigslist in Ruffsdale, Pennsylvania (Pittsburgh), is one of only 1,575 short deck, four-door hardtops Cadillac produced that year.  The seller reports their 61K-mile survivor can be driven anywhere with only the factory A/C system not working currently.

Currently offered for $17,000, Classic.com, the analytics and search engine for the collector car market, confirms the ask is well below the one-year rolling average of all body styles of seventh-generation Cadillacs produced between 1961 and 1964.  By clicking on the green dots in the graph below, you can navigate to each comparable car sold as a way to help you evaluate the price of the Cadillac featured here:

As a second data point, the  Collector Car Market Review Online Tool reveals the seller’s ask falls between this guide’s #2 “Very Good” estimate of $14,300 and its #1 “Excellent” appraisal of $22,700.

Cadillac was restyled again for 1963. Exterior changes imparted a bolder and longer look. Hoods and deck lids were redesigned. The front fenders projected 4.625 inches further forward than in 1962, while the tailfins were trimmed down somewhat to provide a lower profile. Body-side sculpturing was entirely eliminated. The slightly V-shaped radiator grille was taller and incorporated outer extensions that swept below the flush-fender dual headlamps. Smaller circular front parking lamps were mounted in those extensions. A DeVille signature script was incorporated above the lower beltline molding near the rear of the body. A total of 143 options, including bucket seats with wool, leather, or nylon upholstery fabrics and wood veneer facings on the dash, doors, and seatbacks, set an all-time record for interior appointment choices. Standard equipment was the same as the previous year. The engine displacement and output remained the same; a 390 cubic inch V8 pumping out 325 horsepower.

From 1961 through 1963, Cadillac did build a limited number of four-door sedans with oddly shortened rear ends.  For the 1961 model year, the product planners at the Cadillac division of General Motors made an abrupt course correction, or maybe it was more of a temporary detour. Suddenly they decided that maybe Cadillacs were getting too long and difficult for drivers to handle, particularly in the big cities where maneuvering room and parking space were at a premium.

And so, with relatively little fanfare, Cadillac introduced the Short Deck model. This creature was built on the same 129.5-inch wheelbase chassis as the standard Cadillac but with the rear quarter panels and deck lid shortened seven inches. This reduced the overall length from 222 inches to 215 inches, creating oddly stunted proportions.  How much the shorter deck helped in maneuvering and parking is hard to quantify, but the difference in appearance is remarkable. And in a period where luxury cars were sold by the foot and by the pound, the short deck model seems like an odd development in the Cadillac product line.

The Resurrected Garage YouTube Channel features this video giving the perspective showing the difference in rooflines between a 1962 Cadillac DeVille and a short deck 1962 Park Avenue:

This 1963 Cadillac Park Avenue short deck appears to be a nice survivor-quality example of a very rare Cadillac model. The biggest task immediately facing the next caretaker is restoring the car’s factory A/C system.  While the seller thinks it just needs Freon, the belt’s removal from the compressor more likely means the system needs repair before refilling it with any refrigerant.

“1963 Cadillac Park Avenue
All original true survivor from Pittsburgh. The paint isn’t perfect has some road chips and lacquer cracking, but it is still in good shape for a 60-year-old car. All chrome is original and in good shape. The driver’s side of the front seat has a few rips. Runs and drives perfectly. Drive it home. Everything works except air conditioning; it’s the r12 system I think it just needs freon. Only 1,575 made.”

Show or go: What would you do with this 1963 Cadillac DeVille Park Avenue?  Please comment below and let us know!