by Guys with Rides | Jul 2022 | Classifinds, Free For All Friday, NEW Award 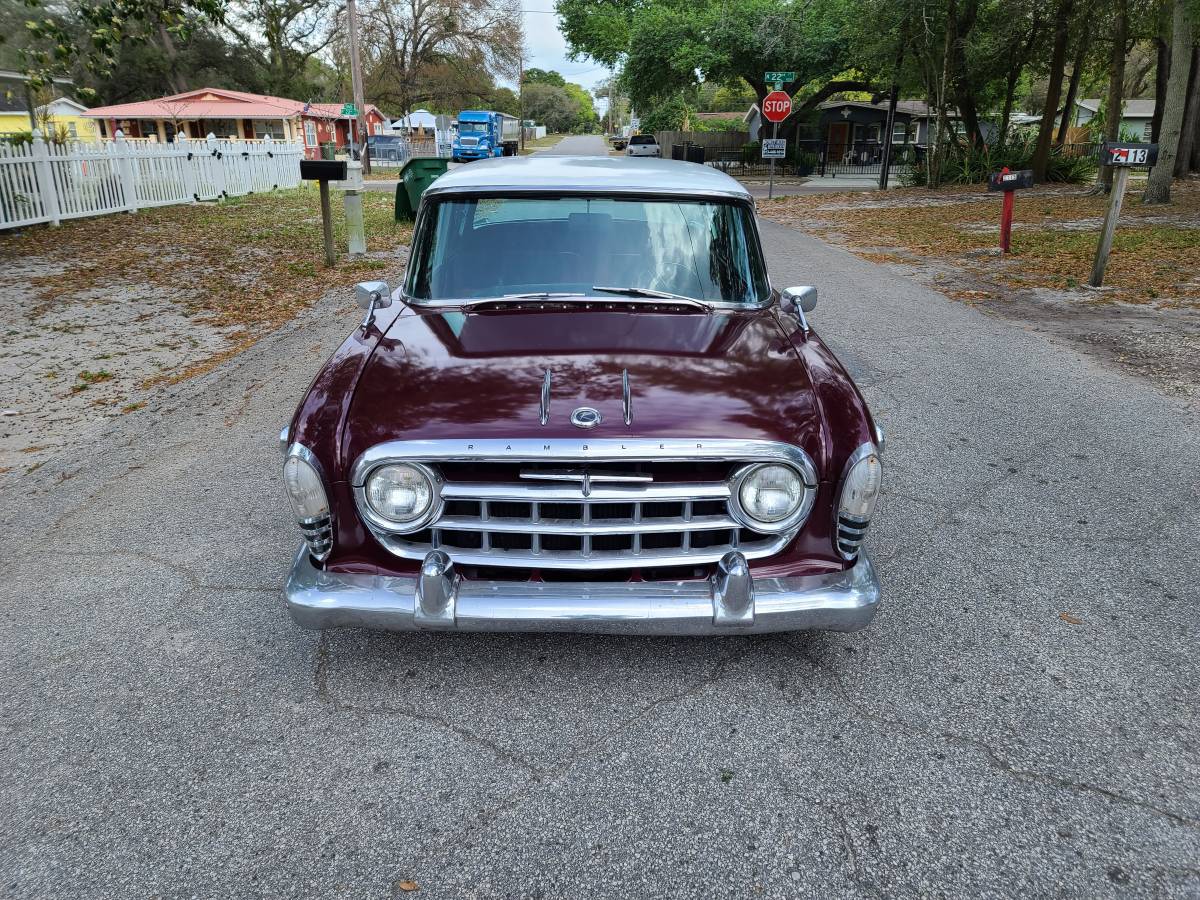 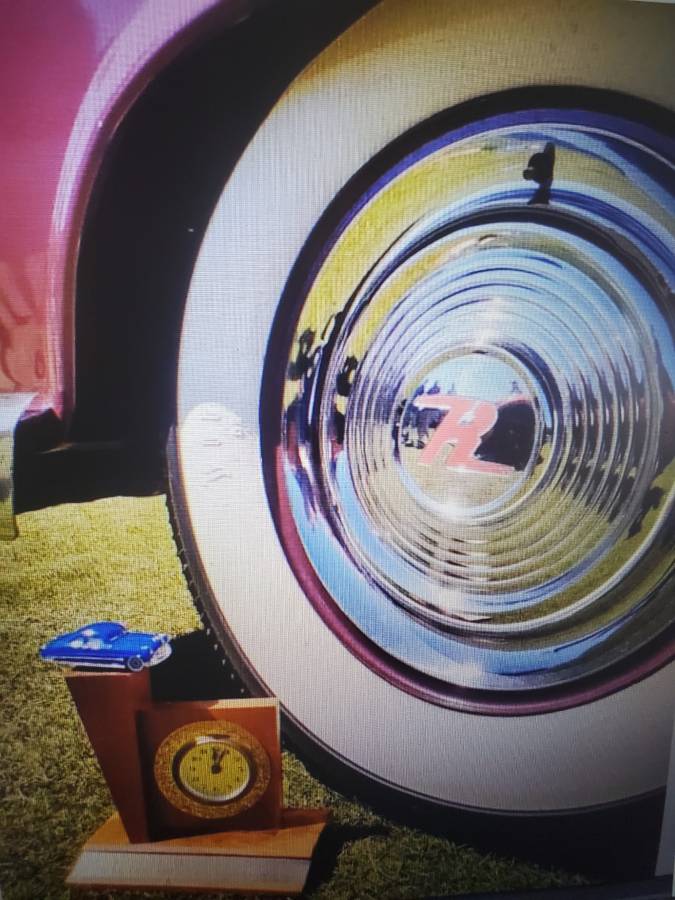 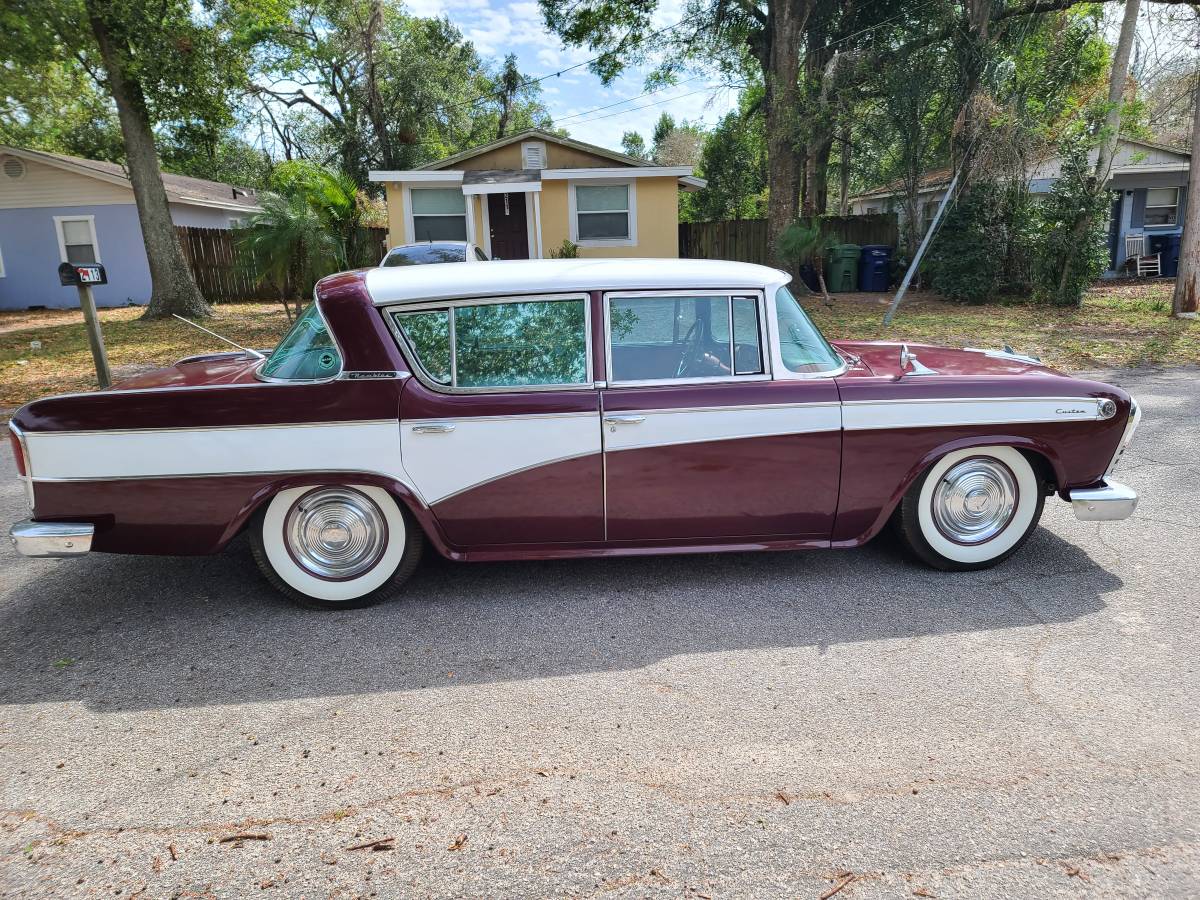 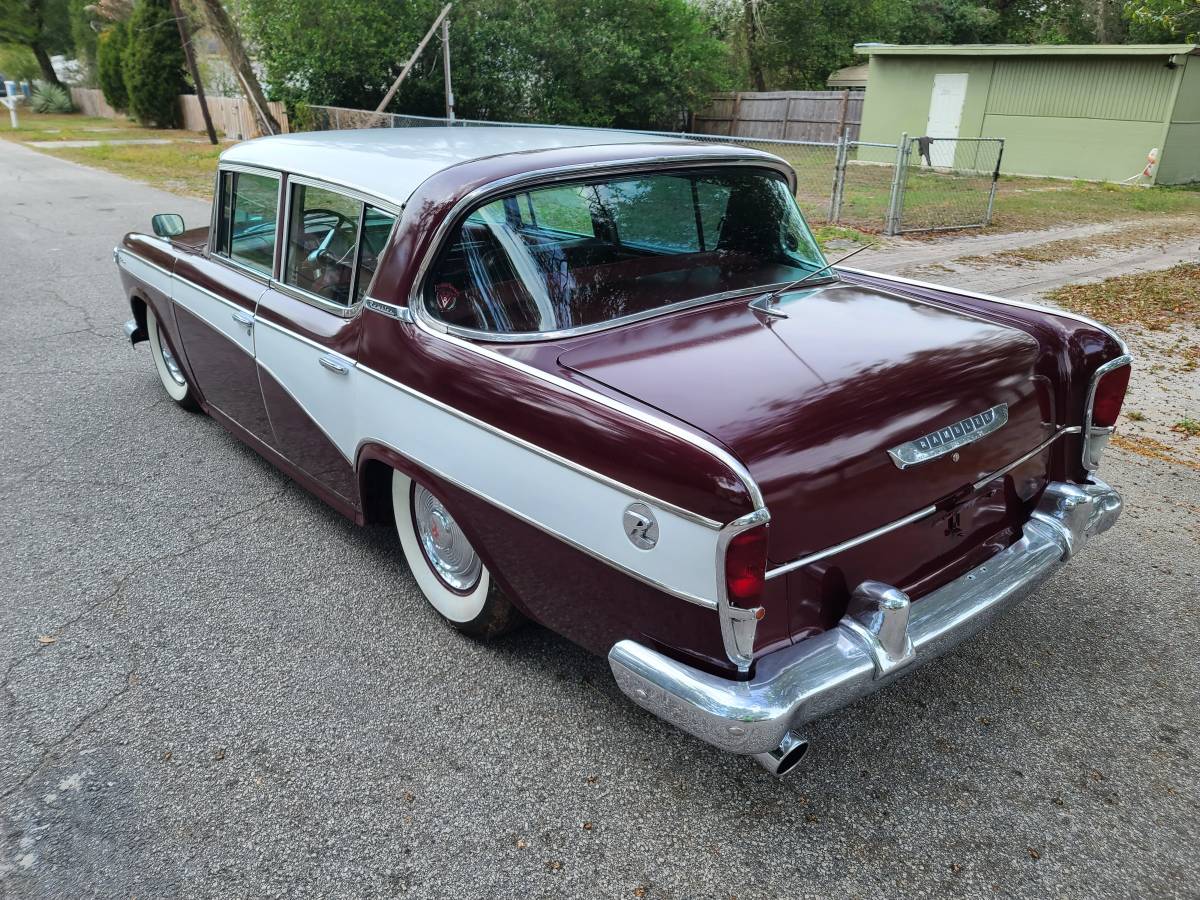 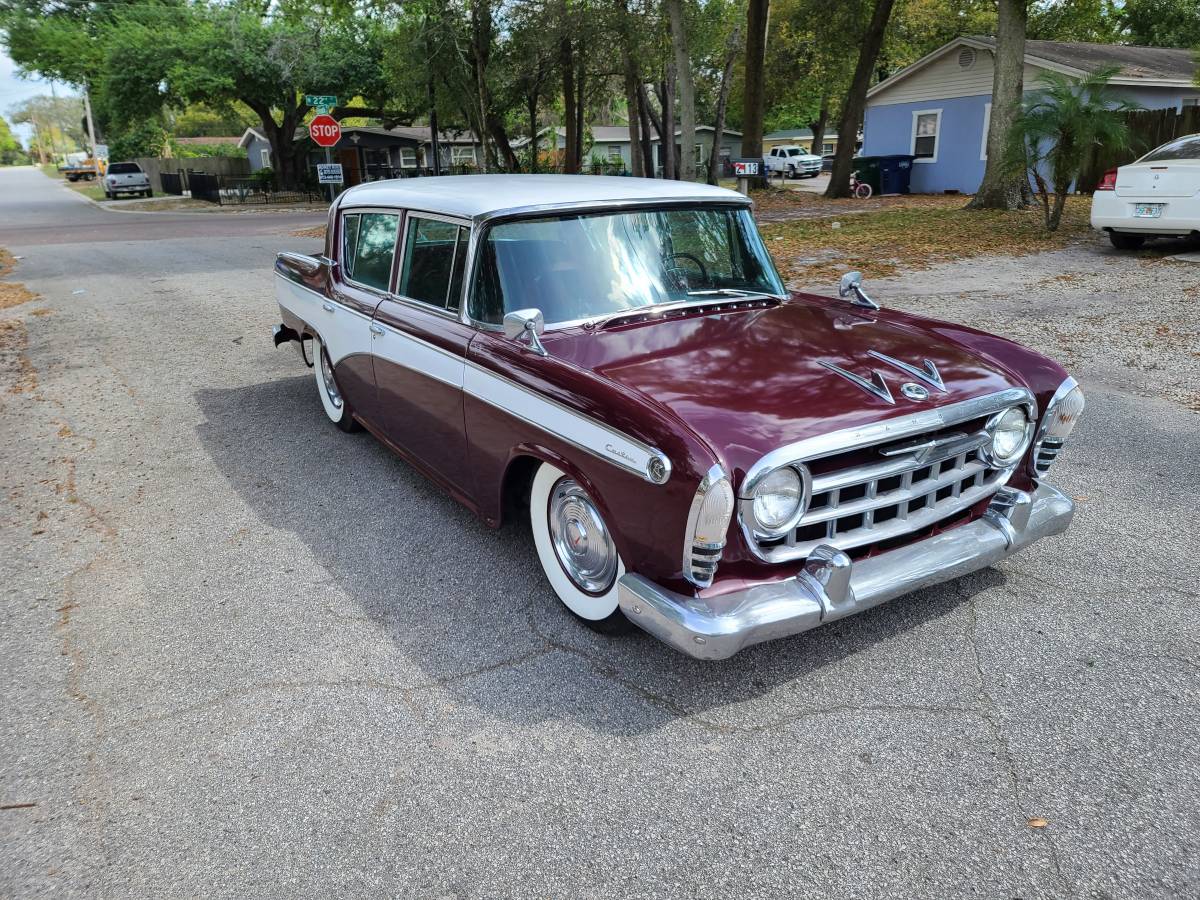 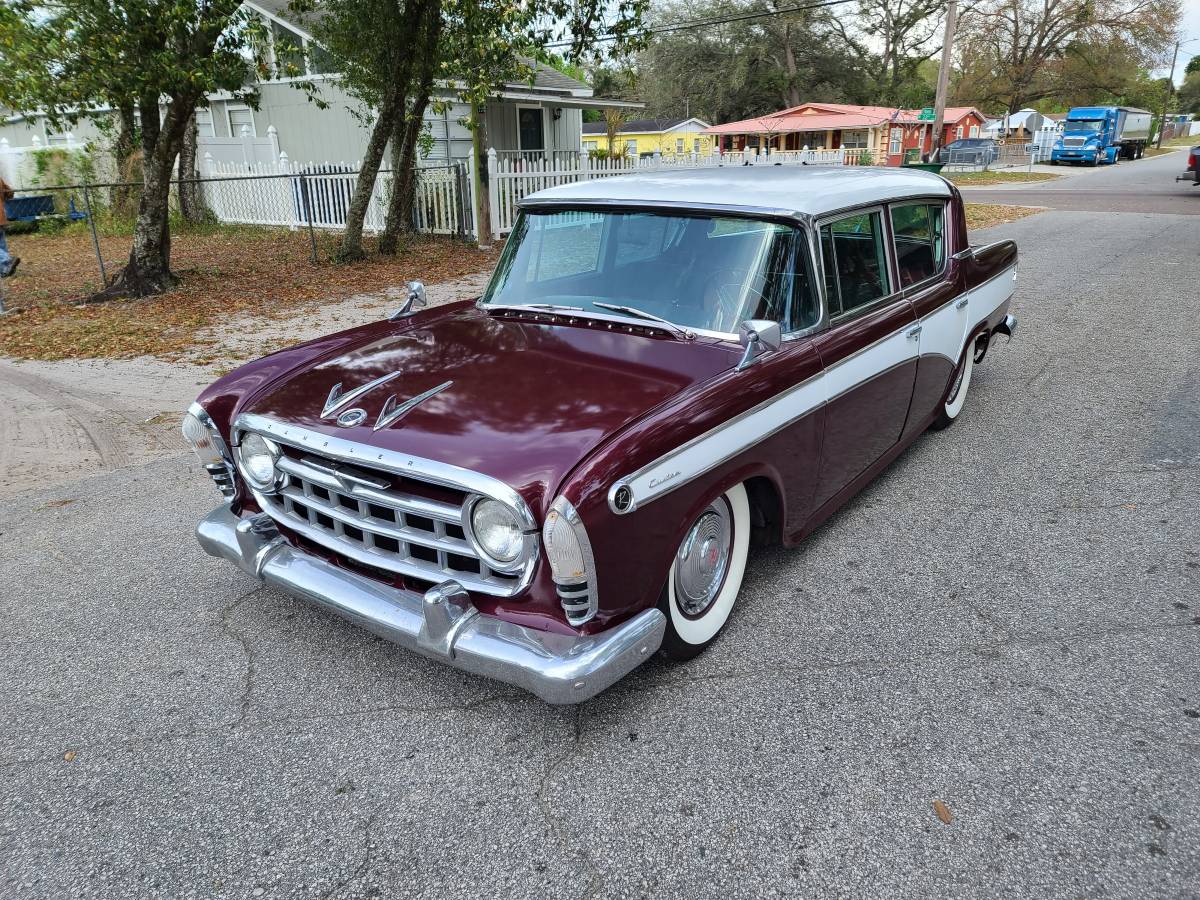 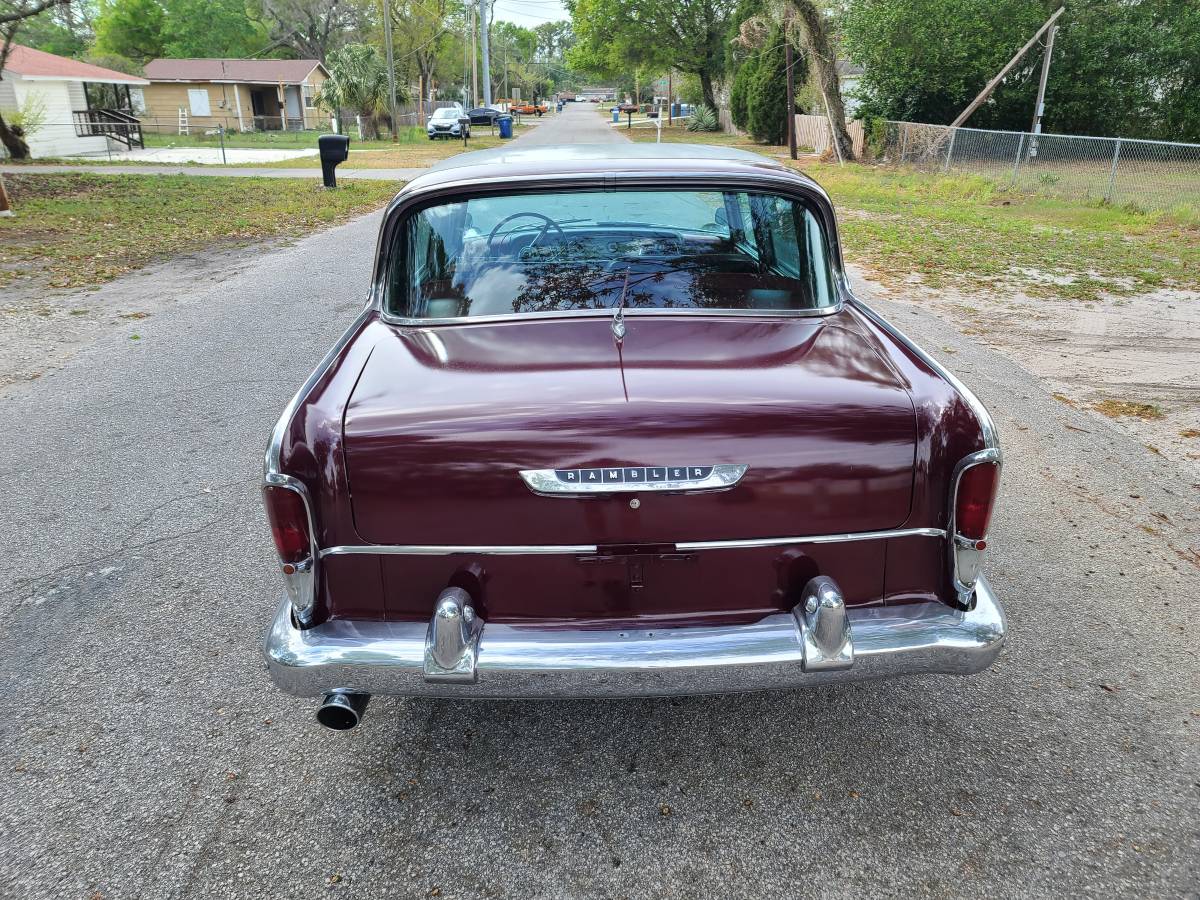 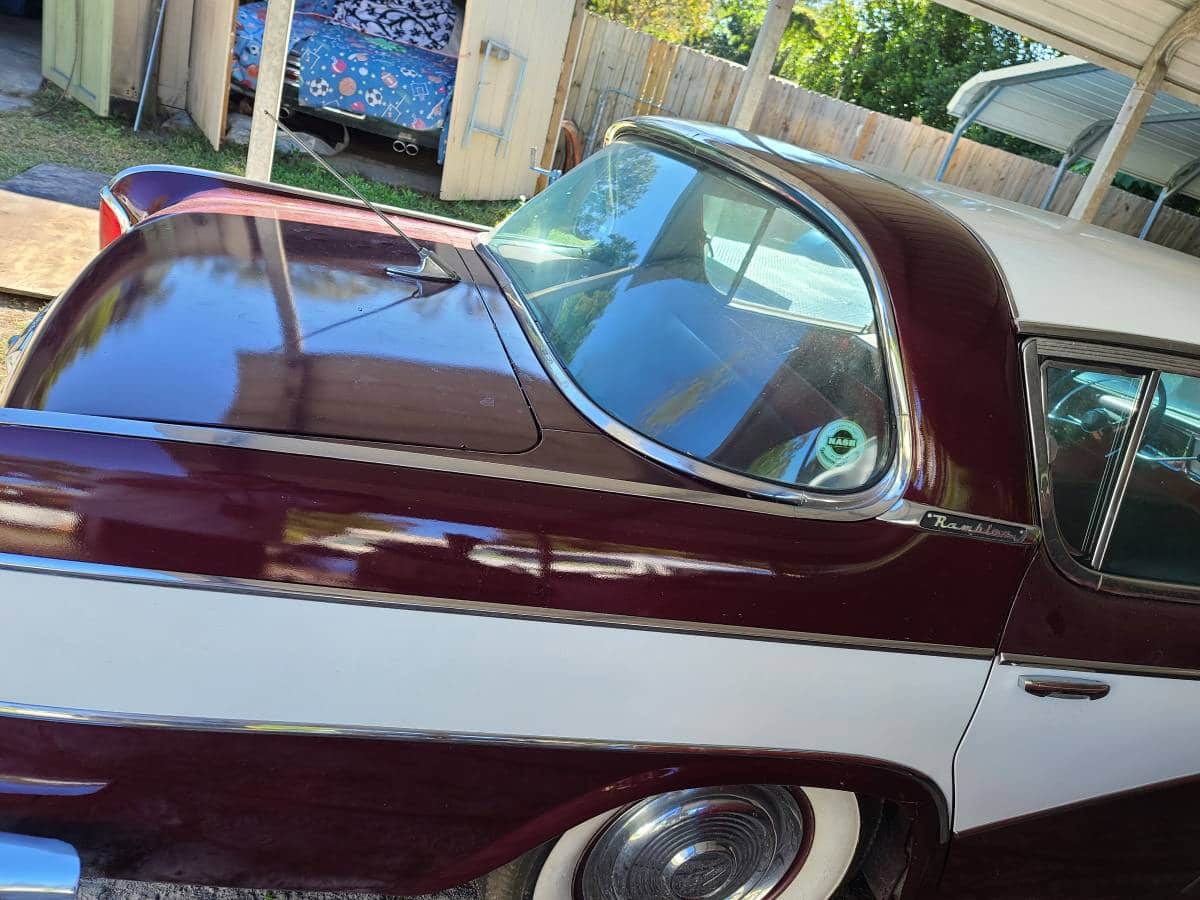 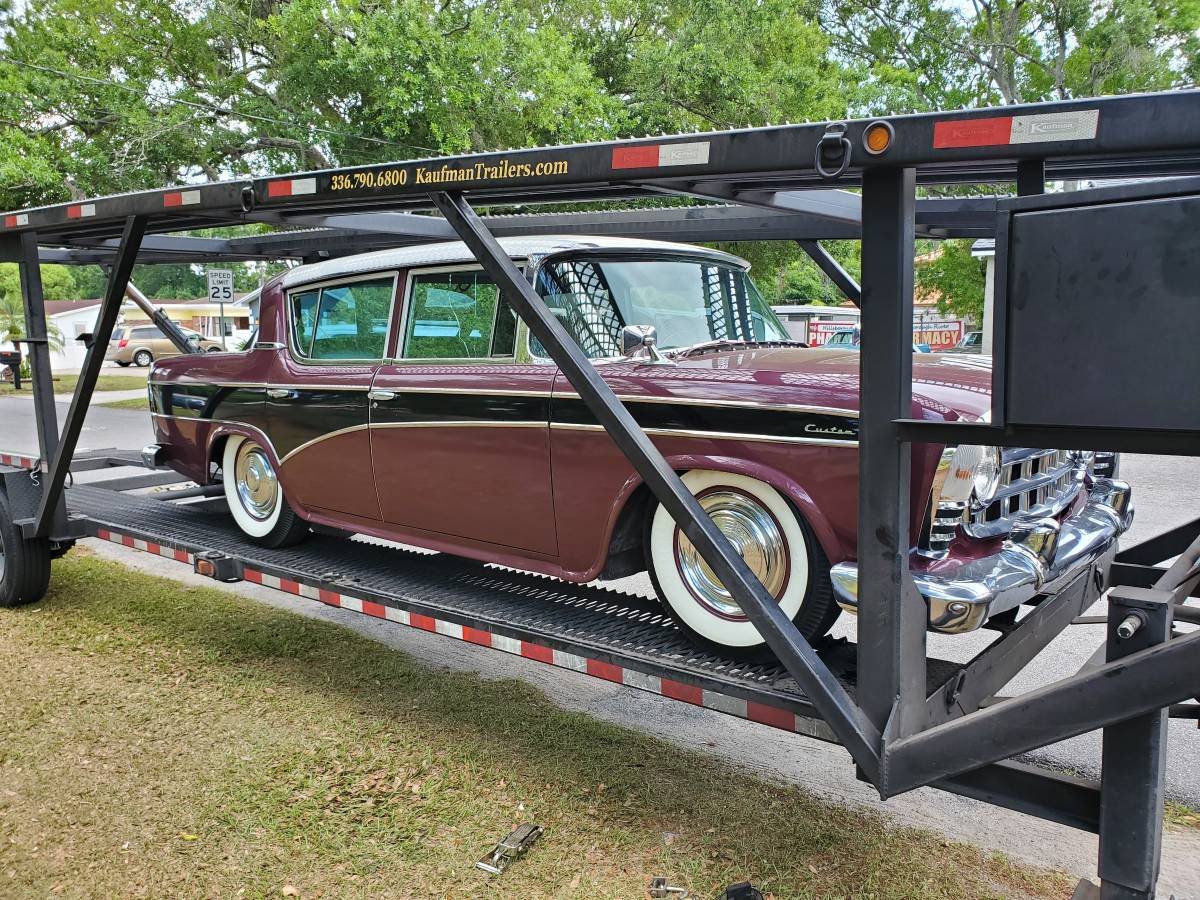 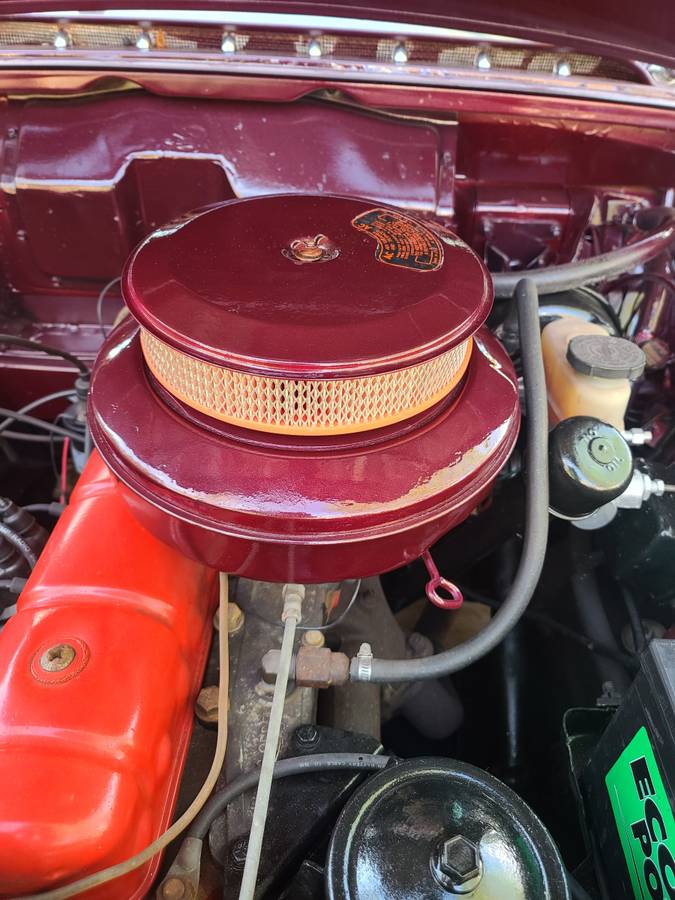 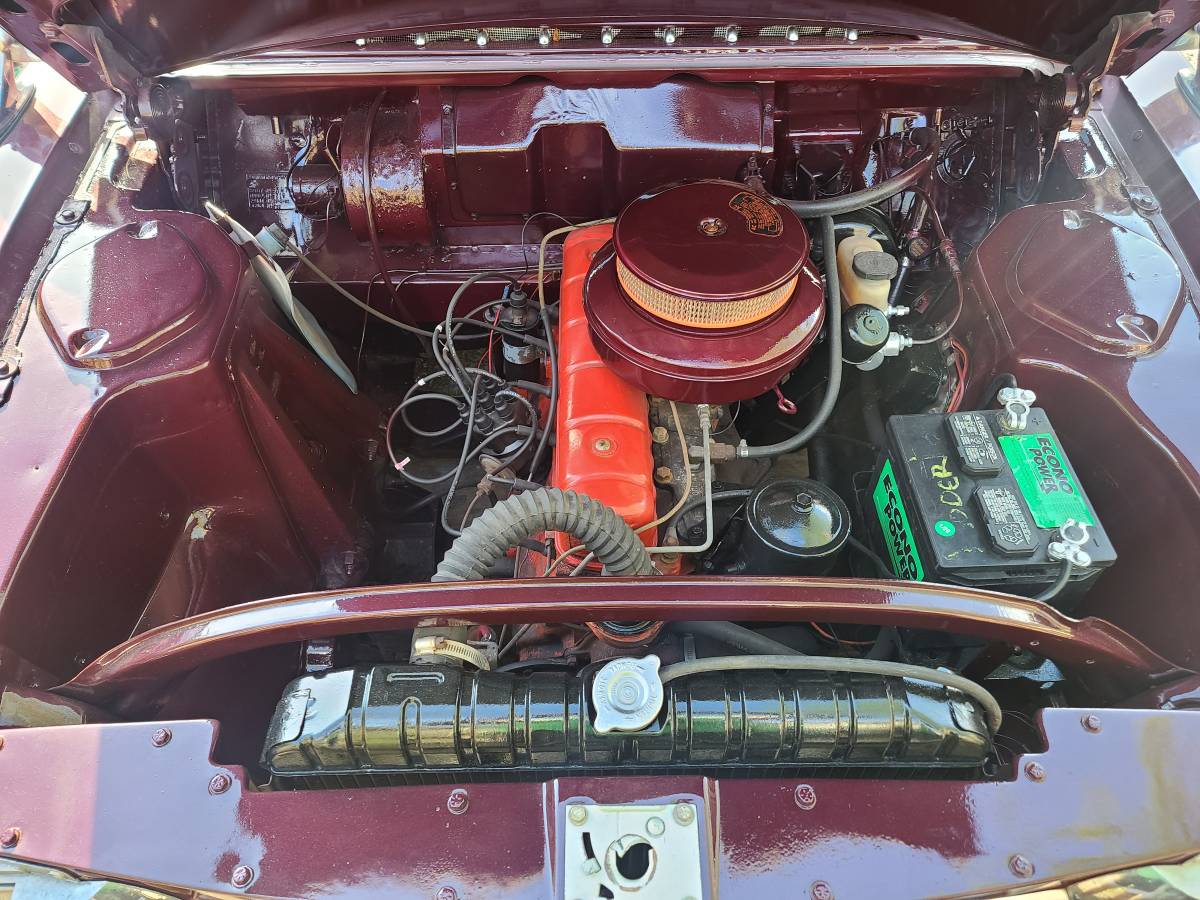 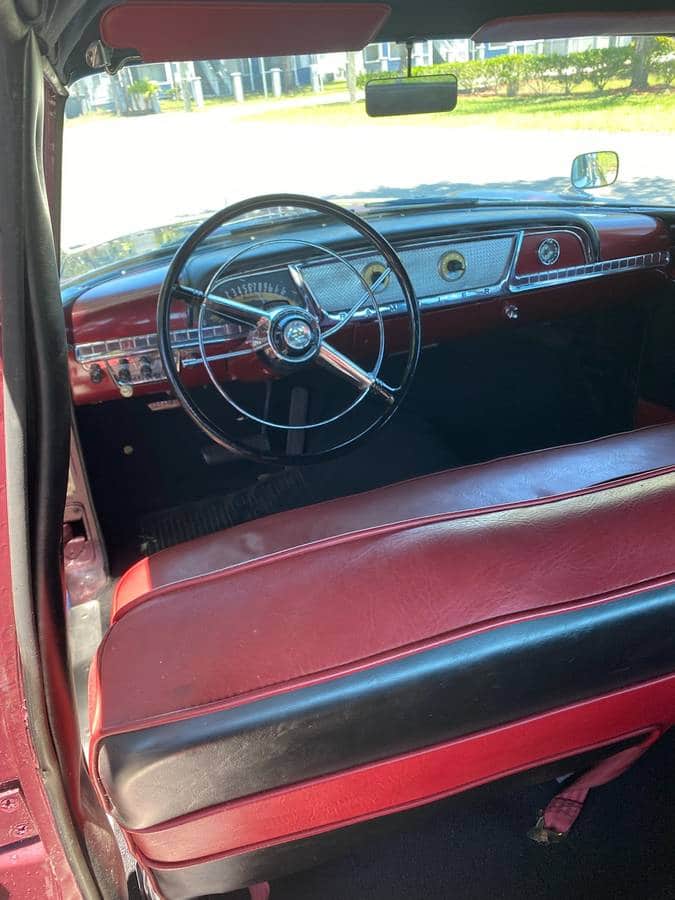 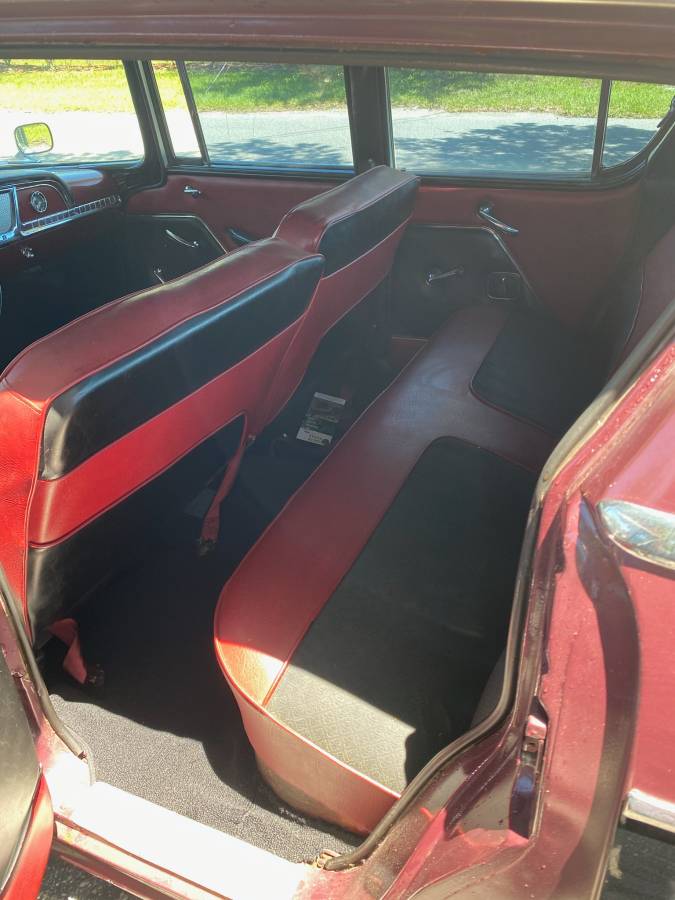 July 17, 2022 Update – Finally, a step in the right direction. The private seller just replaced their expiring Craigslist ad with a fresh listing, in it, the seller finally lowered their firm $49,995 asking price. Despite a ten grand drop, the seller remains completely out of touch with what the market will likely be willing to pay for this Rambler.

July 7, 2022 Update – The absurdity continues. In their apparent new quest to trade their overpriced Rambler for a 40-foot diesel pusher RV, the seller just increased his asking price from $49,995 to $69,995.  We cannot make this stuff up!

June 16, 2022 Update – The optimistic seller just replaced their latest expiring listing with a fresh Craigslist ad. In their latest selling attempt, they begrudgingly lowered their asking price to $45,000, which is still way above any price guide estimates for these cars. So much for his original statement, “The $49,995 price is firm and I won’t take a dime less.”

May 27, 2022 Update – After trying to offer their Rambler briefly for a still-too-high $40,000, the optimistic seller returned to their ridiculous ask of $49,995.  In their description, they try to compare this Rambler to a Rolls Royce.  Feel free to compare the interior of this Rambler to that of the Silver Spirit featured today for half the price and decide which one you’d rather own.

May 5, 2022 Update – The private seller of this rare Nash just posted a fresh Craigslist ad designed to replace the about-to-expire month-old listing.  In a shocking development, the seller remains firm on his $49,995 asking price.

Back when we started, if you had asked us what our one hundredth “NEW!” (short for “No Effin Way!) Award recipient would likely be for, our money would have been on either a Corvette or some sort of Marti-Report-documented, one-of-one, Ford muscle car. Oddly enough, we’re awarding it to the seller of this 1957 Nash Rambler Custom Four-Door sedan currently listed here on Craigslist in Tampa, Florida. Unfortunately, the seller is about to learn a very painful lesson in car restoration: you better plan to lose money if you want to restore a classic that only a handful of collectors might be interested in. Especially if it features the standard six-cylinder engine and not the more desirable V8. Especially if it’s the less-desirable four-door sedan and not the sexier pillarless four-door hardtop. Especially when you can see orange peel in the paint on the rear fenders of the darker pictures provided.  Just because you decided to invest fifty large and four years of your time restoring an unpopular car does not guarantee someone will be willing to reimburse you for that.

Currently offered for $49,995, comparing that price against the Collector Car Market Review Online Tool reveals the seller’s ask is $36,000 higher than this guide’s #1 “Concours” estimate of $13,975.  As a second data point, the J.D. Powers NADA Online Classic Car Guide also confirms the seller’s ask is way beyond this guide’s high value of only $14,650. Unfortunately, despite our repeated attempts over the past several years to alert them, Hagerty Insurance still does not provide guidance on late 1950s Ramblers. Bring A Trailer has not auctioned any of these.  It’s clear from the limited data the seller’s expectations are completely out of touch with the market, so we have no choice but to award him our latest “NEW!” (short for “No Effin Way!) award for an asking price completely out of touch with market reality.

The merger of independent automobile manufacturers Nash-Kelvinator Corporation and Hudson Motor Car Company in May of 1954 became American Motors Corporation, better known as simply “AMC.”  Fun fact: at the time, the corporate merger was the largest ever in American history to that point.  Two years later, AMC launched the intermediate-sized Rambler Six and the Rambler V8 for the 1956 model year. Ramblers were sold through both Nash and Hudson dealerships.

Rather than trying to compete with the “Big Three” and their standard-sized models, American Motors focused its resources to introduce a line of smaller intermediate cars in what would become a new market segment.  Although conventional business thinking states that bigger profits were made from sales of bigger cars, American Motors lacked the resources to develop a full range of models targeting different market segments. As the chairman and president of AMC, George W. Romney also avoided a head-to-head battle with the U.S. automakers by focusing the company on the compact car.

In 1957, AMC elected to establish Rambler as a separate marque.  AMC offered Ramblers in four-door sedan, four-door pillarless hardtop, and station wagon body styles.  The most basic trim level, Deluxe, was essentially for fleet customers and only available with AMC’s inline-six engine.  The Super and Custom trimmed models came with the I6 or AMC’s new V8 engine. The Deluxe had no exterior side trim or series name, the Super came with a single full-length body side molding and a “Super” script emblem. The top-of-the-line Custom featured dual full body side moldings with a “Custom” script emblem and a round “R” medallion on the top of the front fenders.

It’s one thing to ask for an optimistic price and then be negotiable.  It’s completely arrogant to set what would be a record price for an obscure and unpopular classic car and then say, “the price is very firm and I won’t take a dime less.” The seller’s claim that people mistake his Rambler for a Rolls Royce is simply comical.

If you are serious about buying this 1957 Nash Rambler for the seller’s very firm asking price, you can start the conversation by calling Bob at (813) 476-0875.  When you connect, please remember to mention you saw his overpriced Rambler featured here on GuysWithRides.com. Good luck with the purchase!

“For sale, a 1957 NASH RAMBLER CUSTOM 6 4 door sedan this car is 100% original except the paint which is very high quality and the real white walls firestone tires brand new including the spare tire is loaded with am radio original which does work power brakes 6 cylinders straight inline 1.96 litters this vehicle is in showroom condition astonishing condition and the only one in the USA has been used mainly for car shows and parades the only vehicle of this model after 65 years to be in this shape was professionally restore comes from the west so has absolutely zero rust mechanically super sound has free and clear title register in my name. took me 4 years to bring this car to this level most people think is a ROLL ROYCE but is not. way more rare find for scammers Don’t even waste your time with me Don’t ask to reply to emails or codes I heard all your tricks by now and it just won’t work if you try I will block you and delete you immediately the pictures showing the black center stripe was before it was restored. se Habla Espanol $49.995.00 price is very firm won’t take a dime less.”

Yea or Nay: Do you agree with our NEW! Award for this 1957 Nash. Rambler?  Please comment below and let us know!