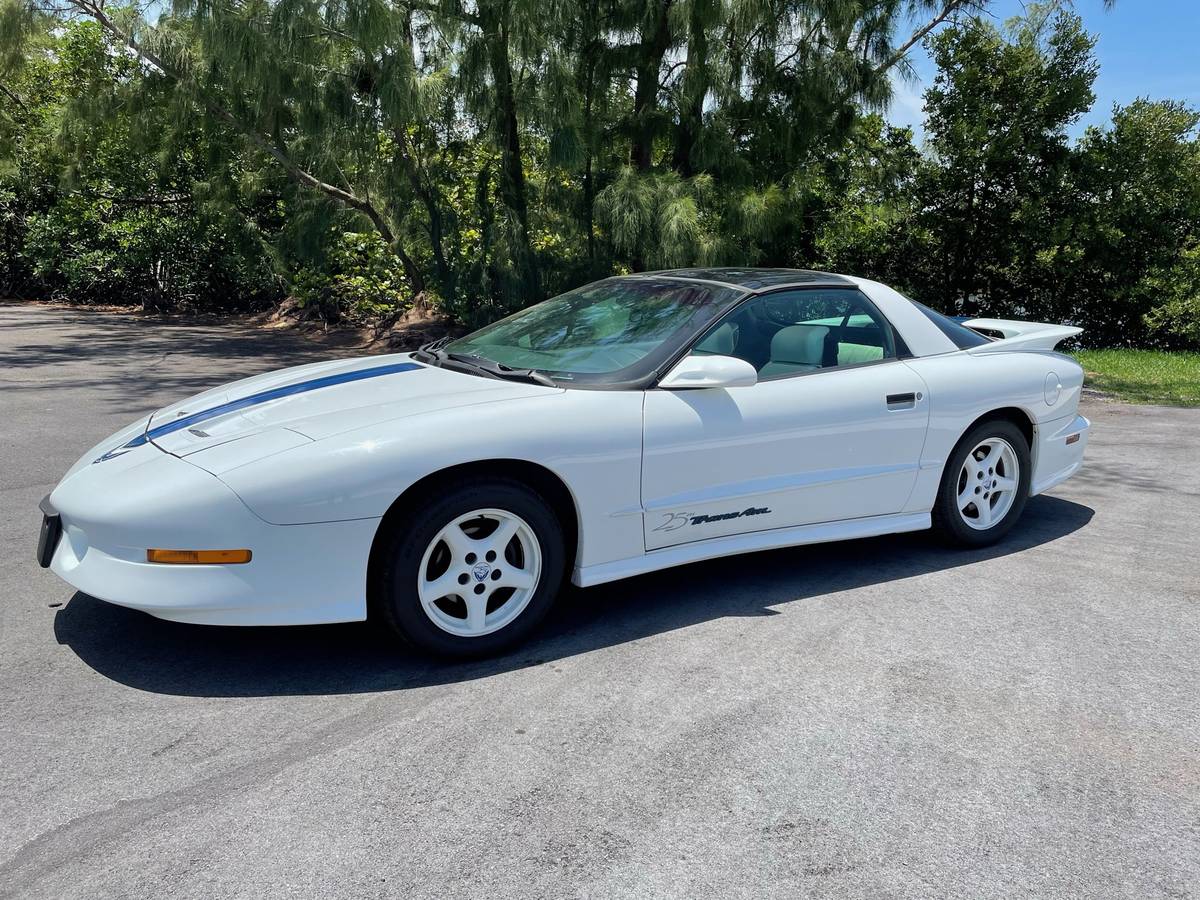 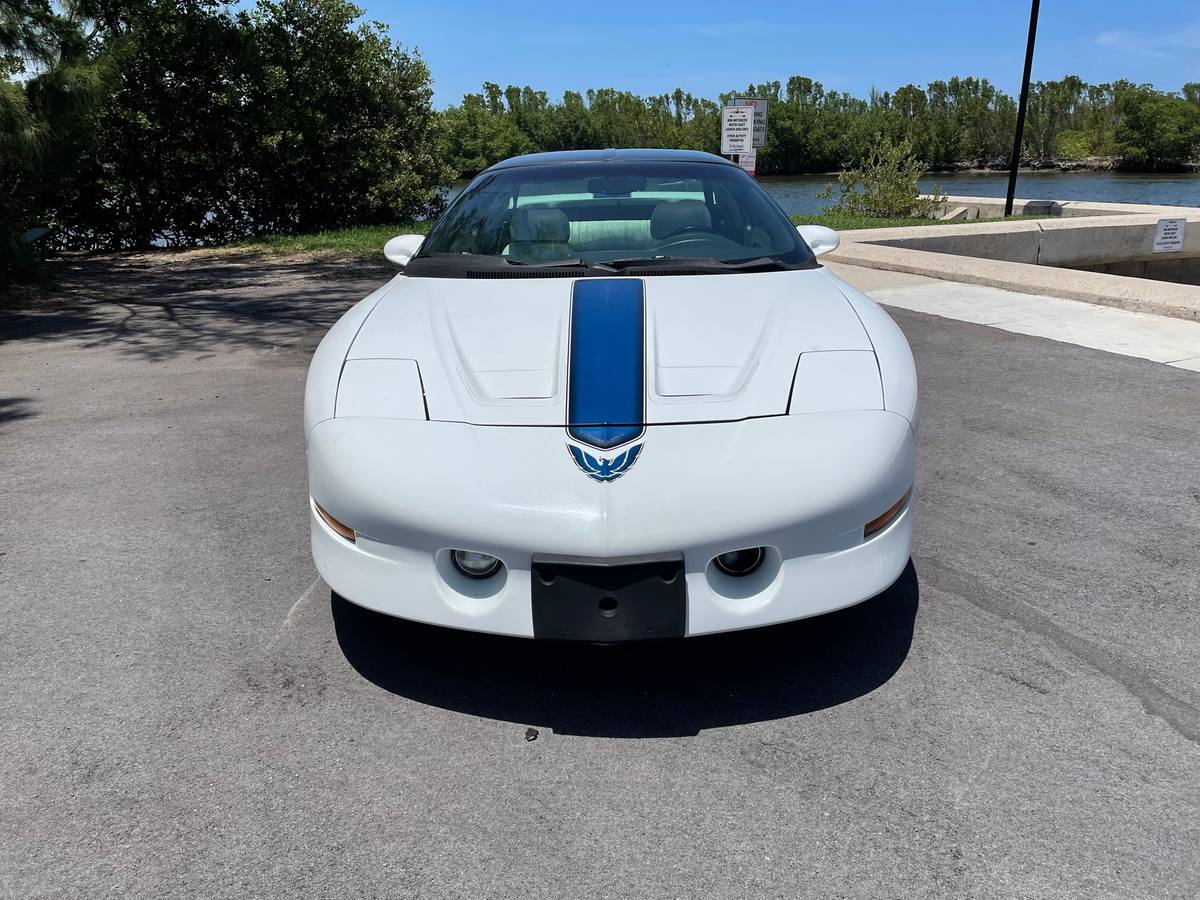 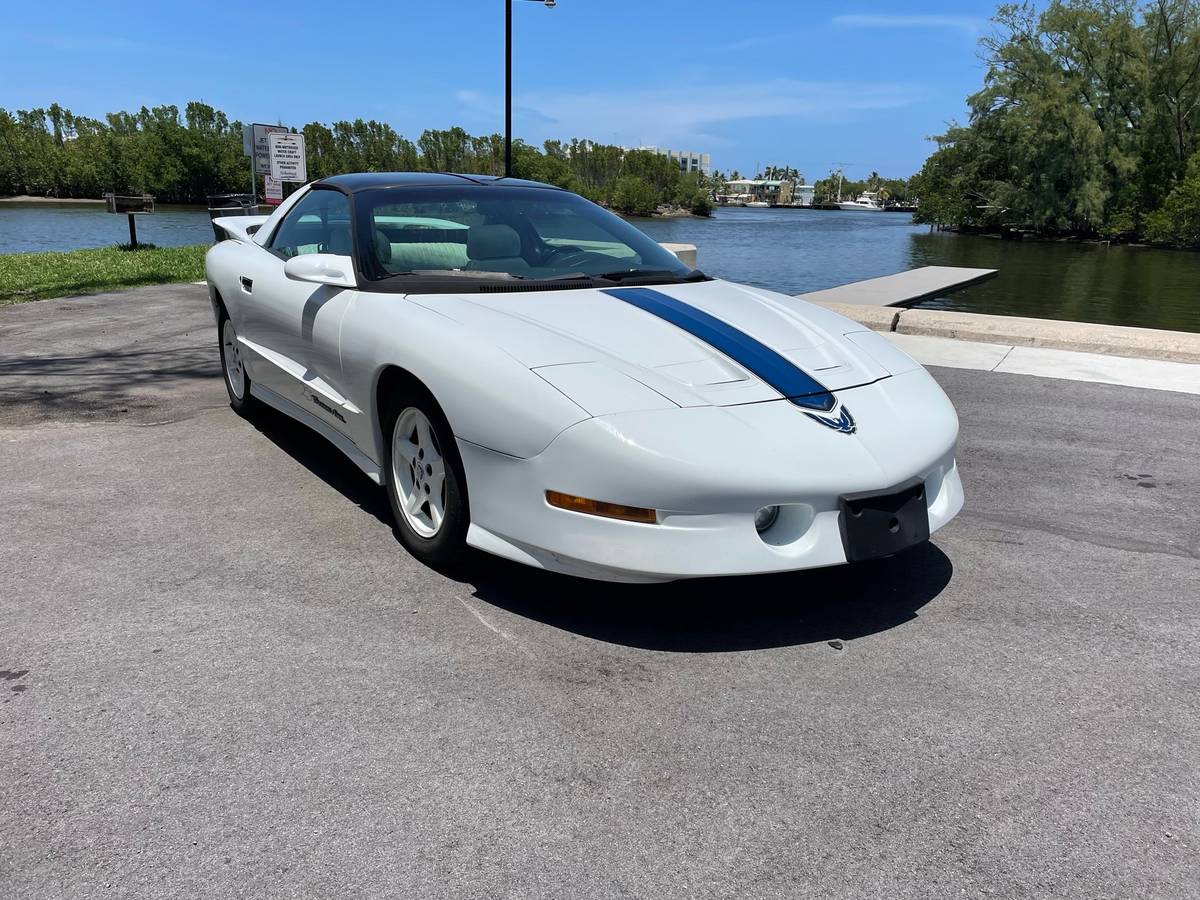 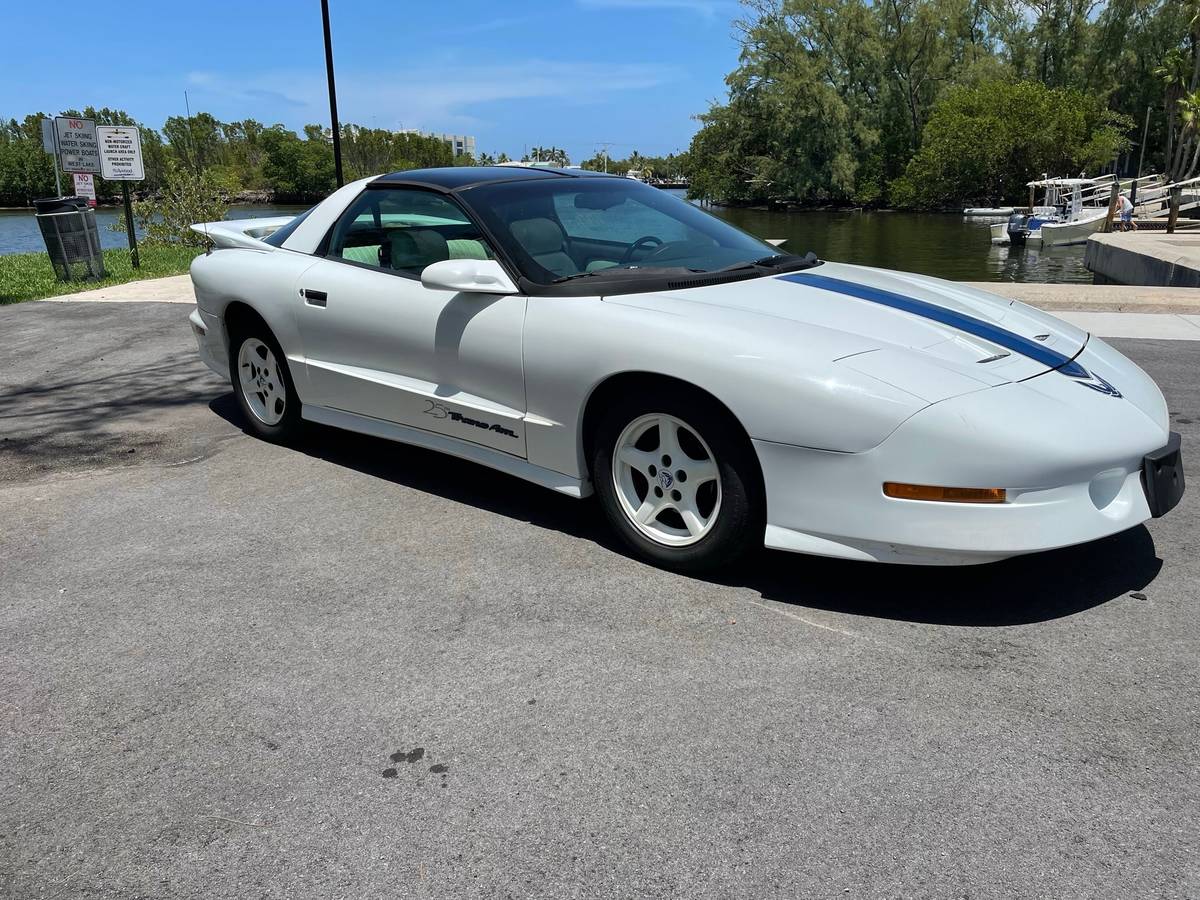 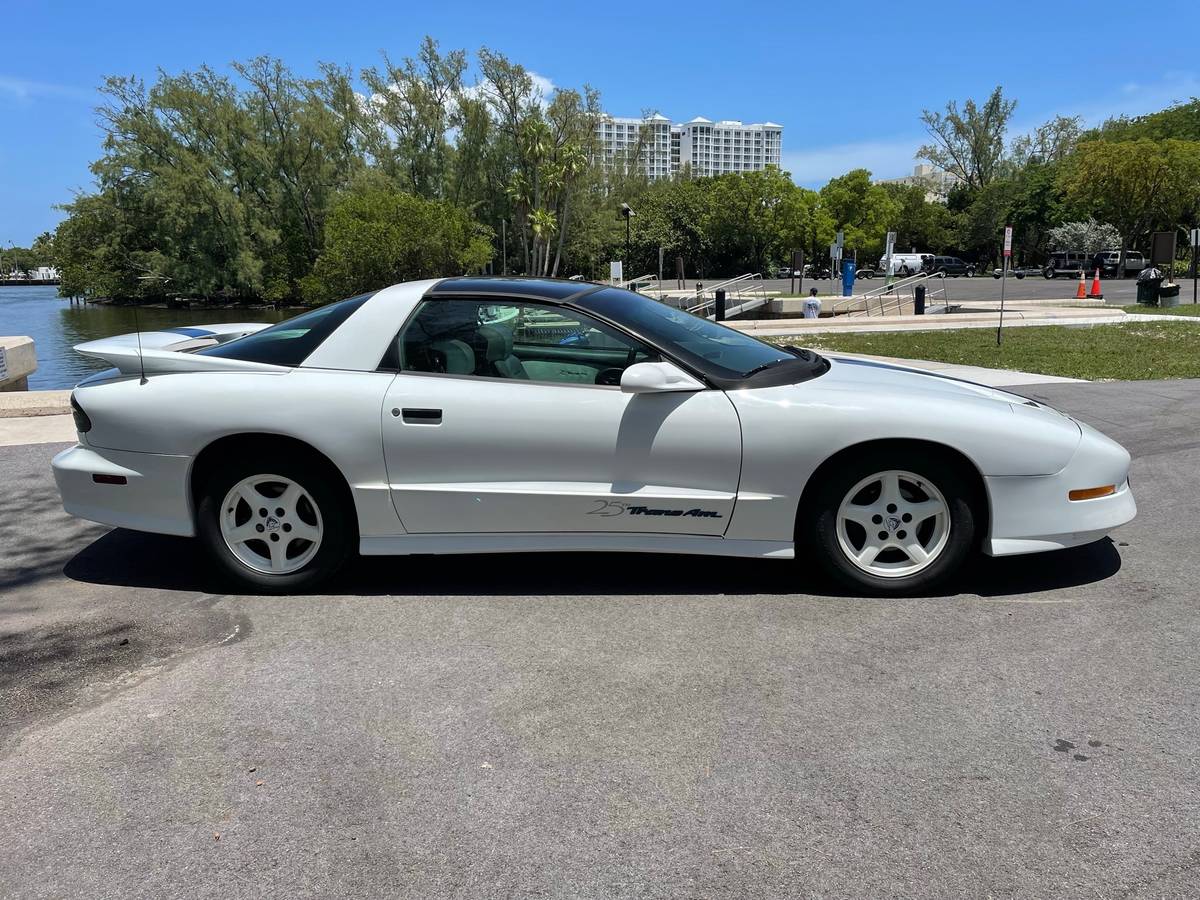 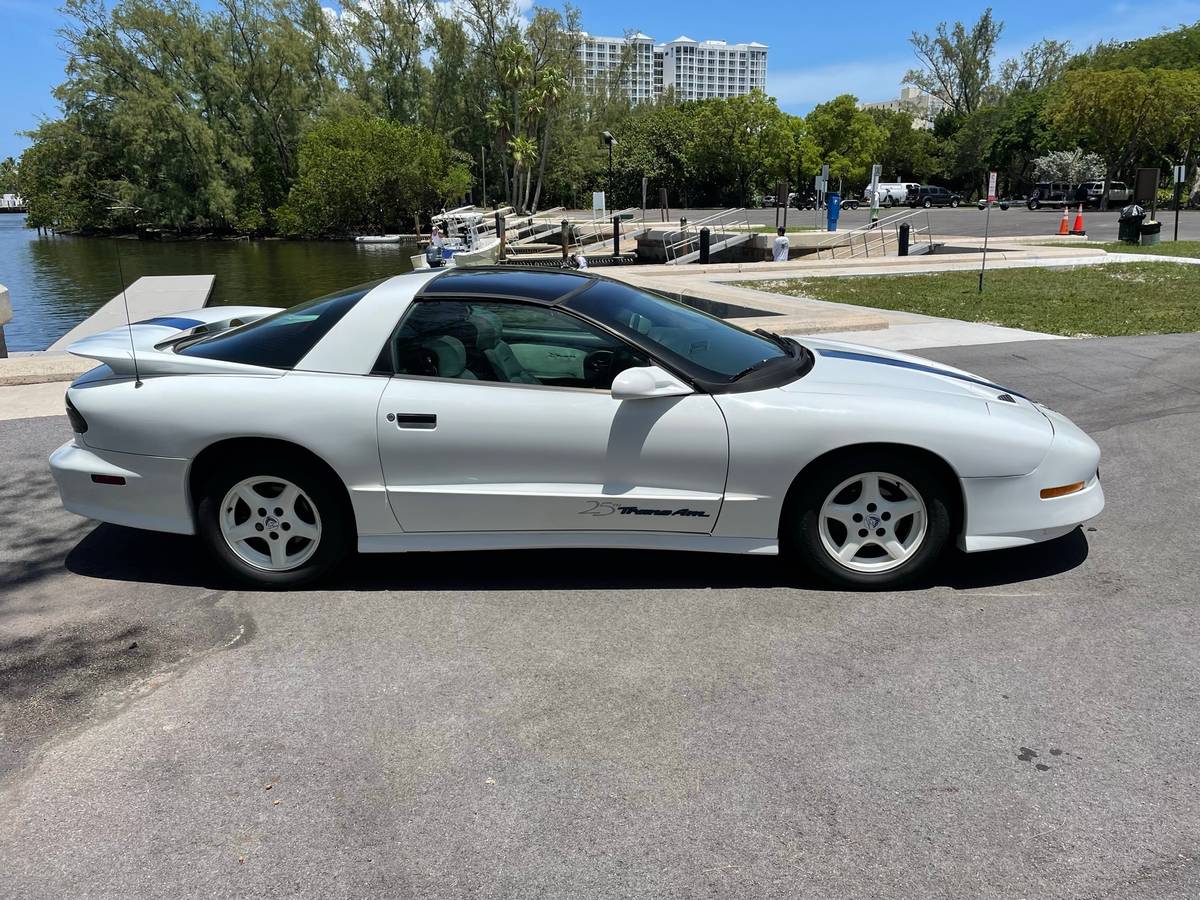 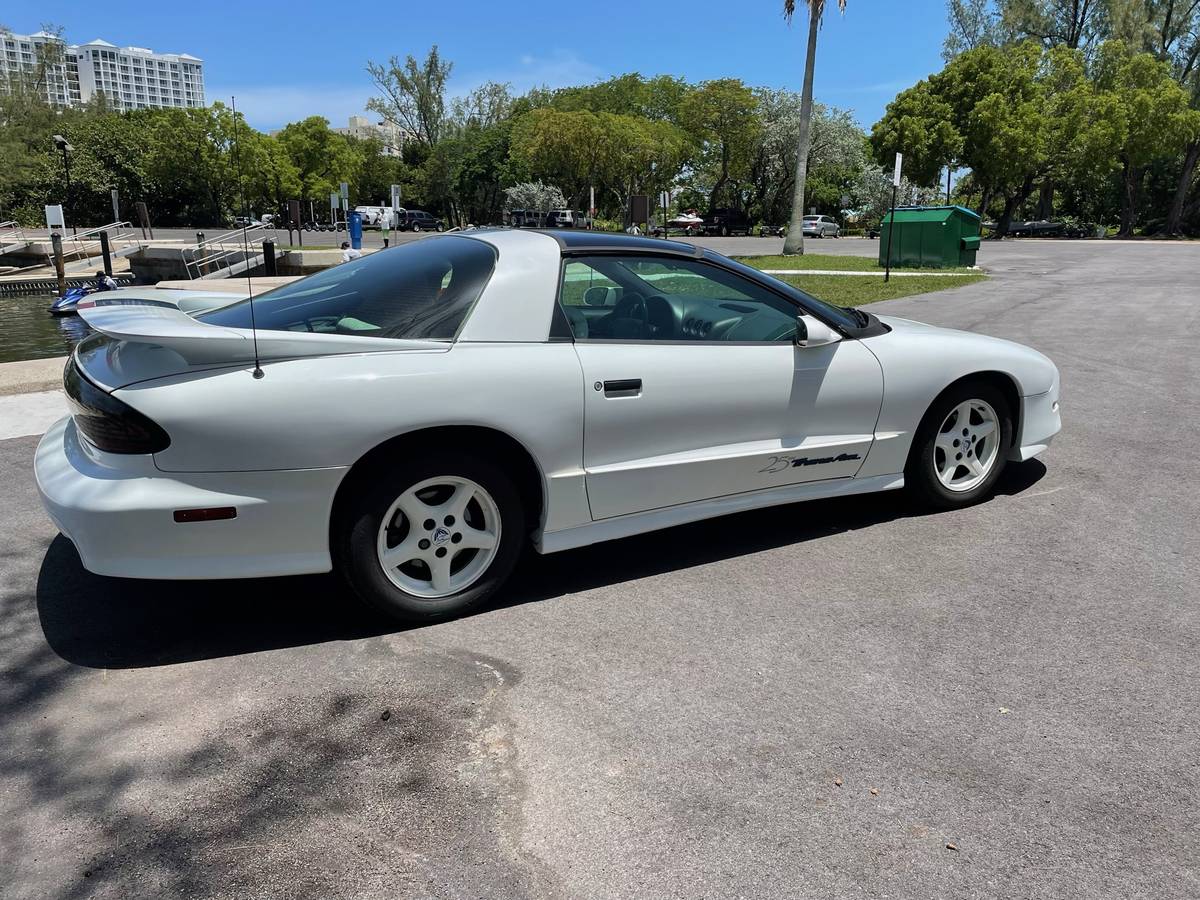 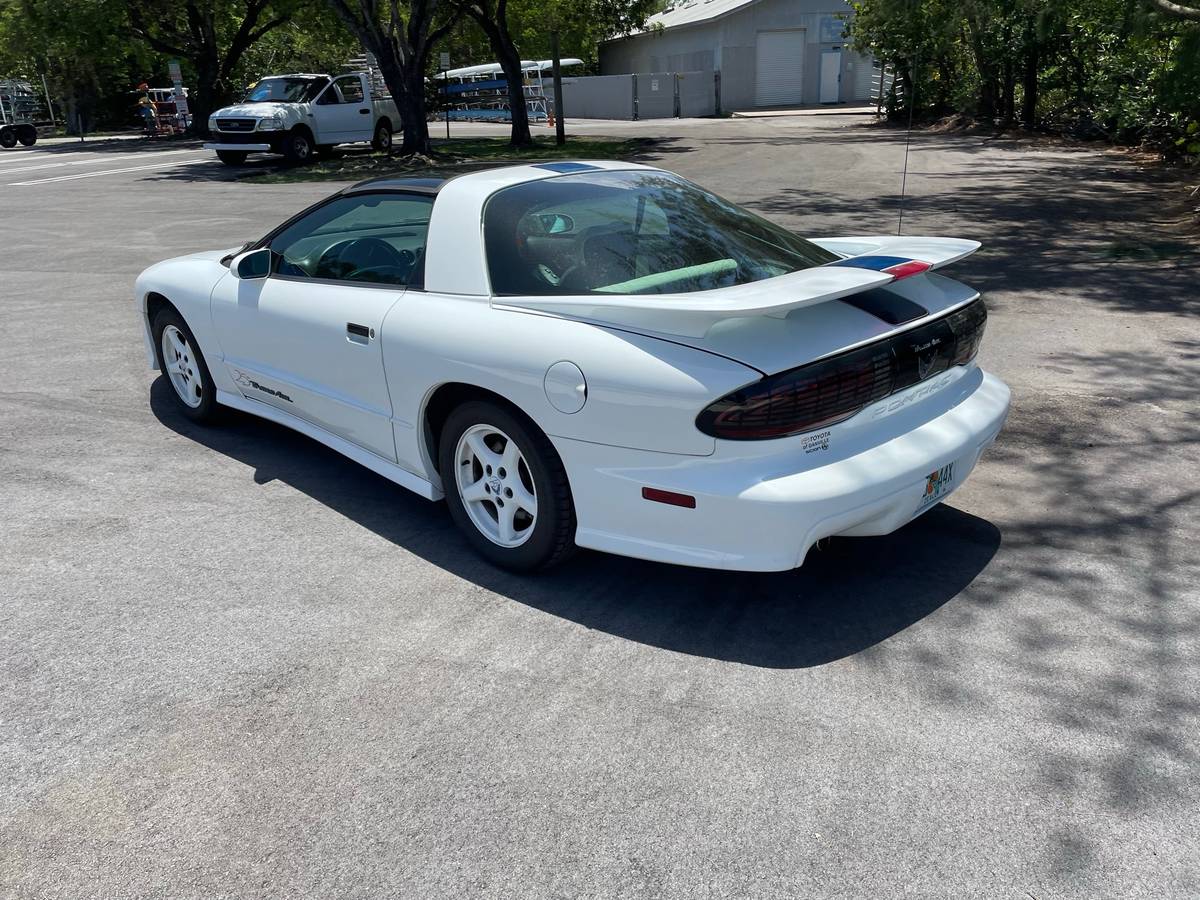 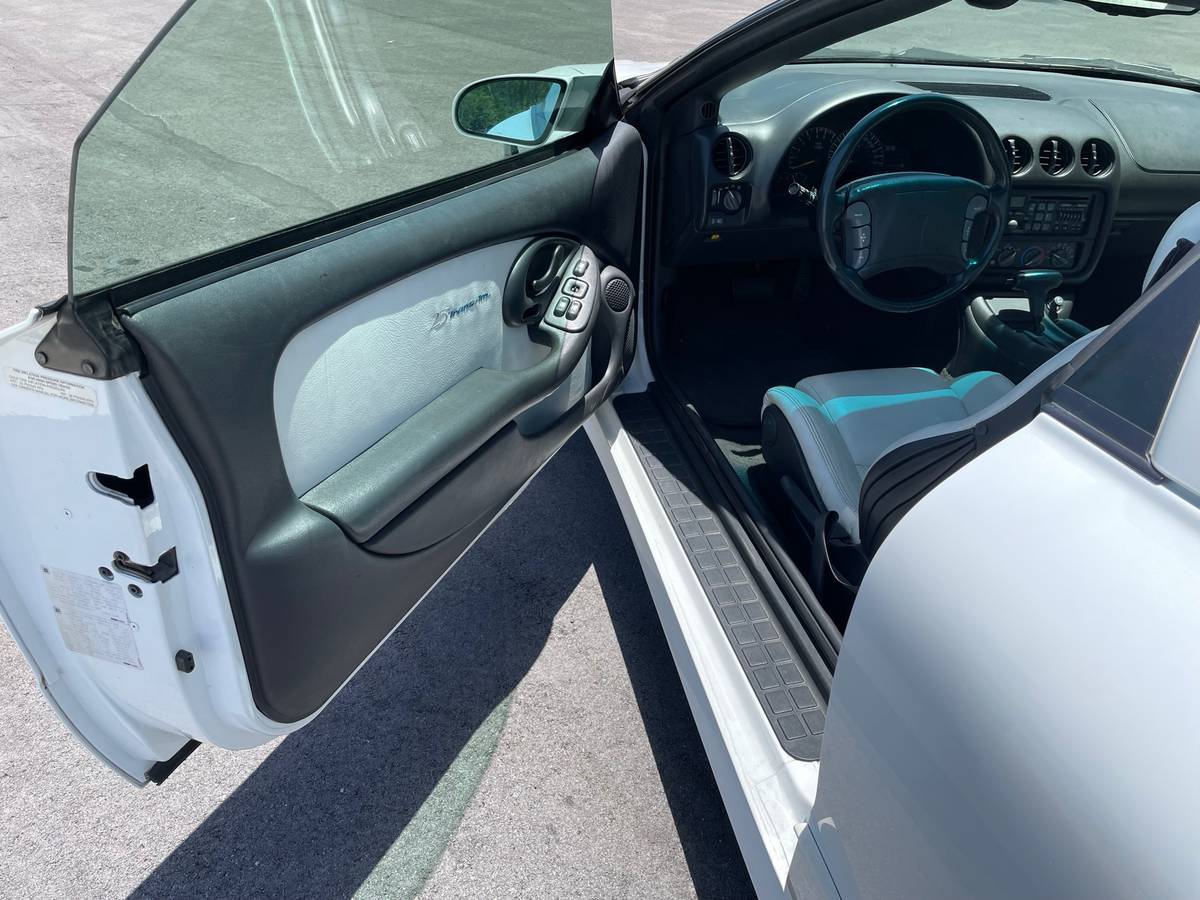 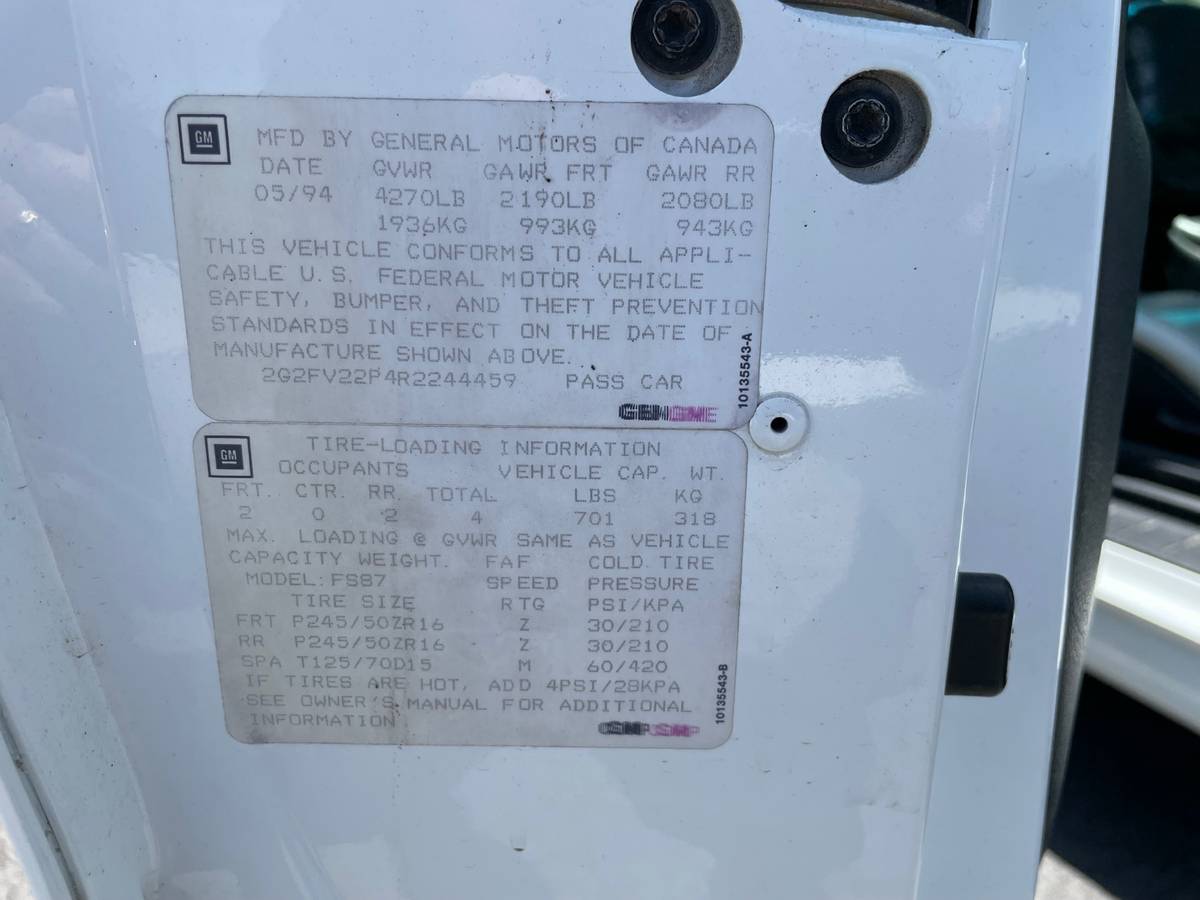 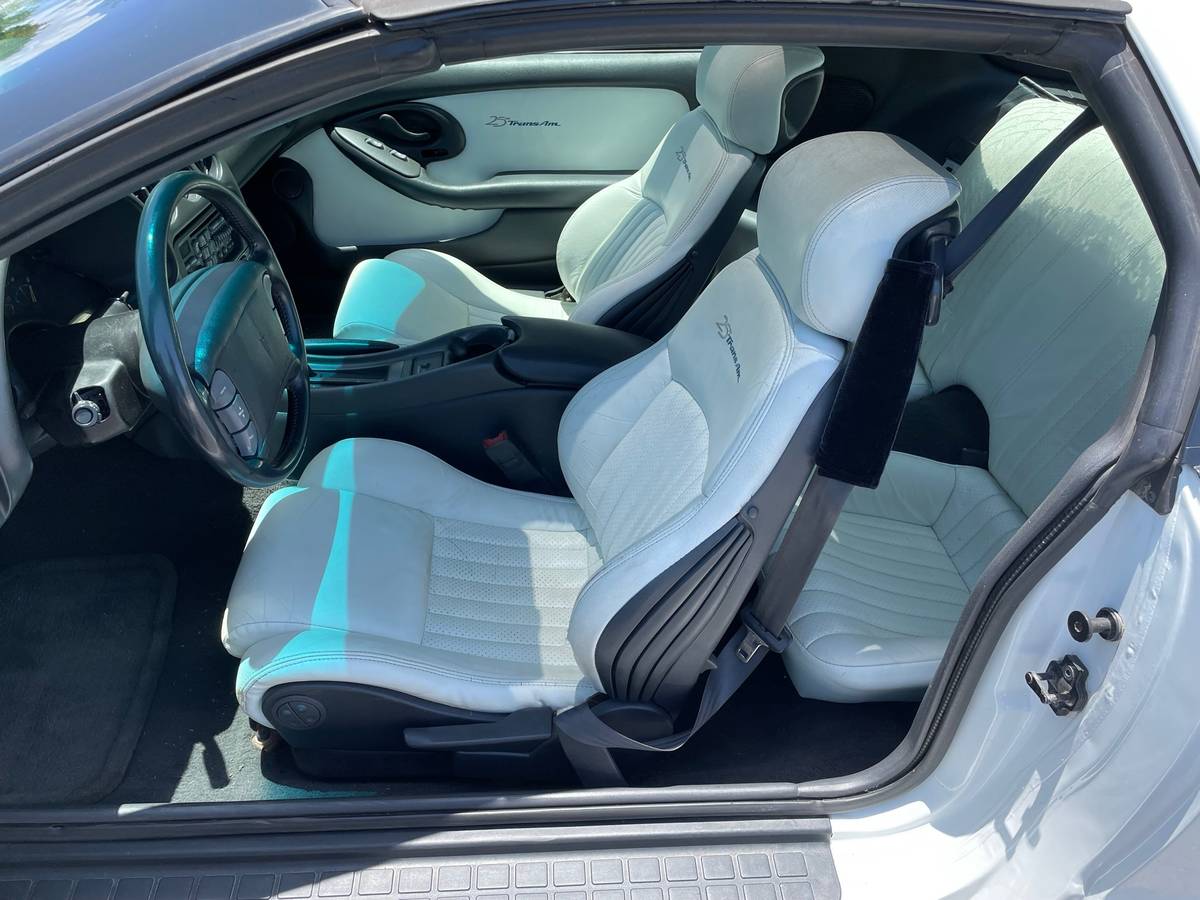 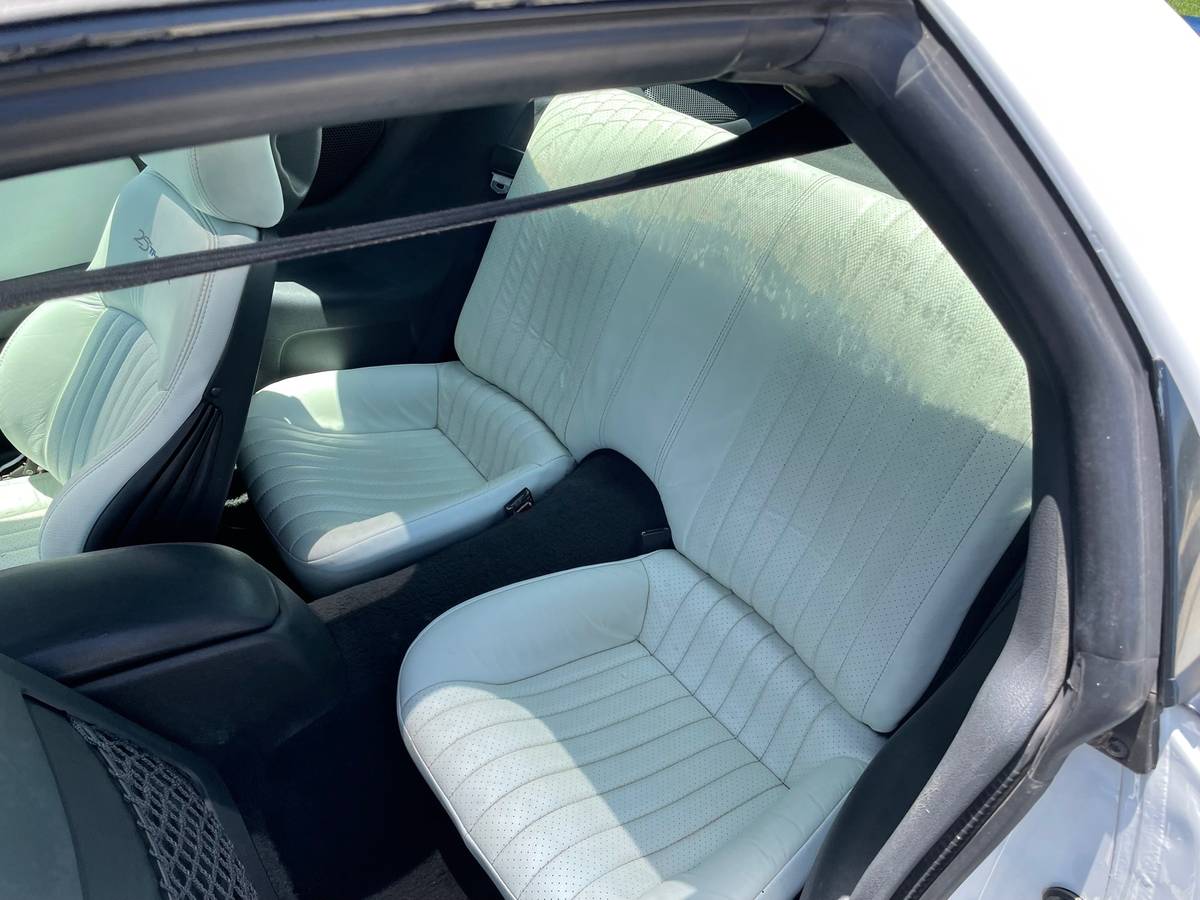 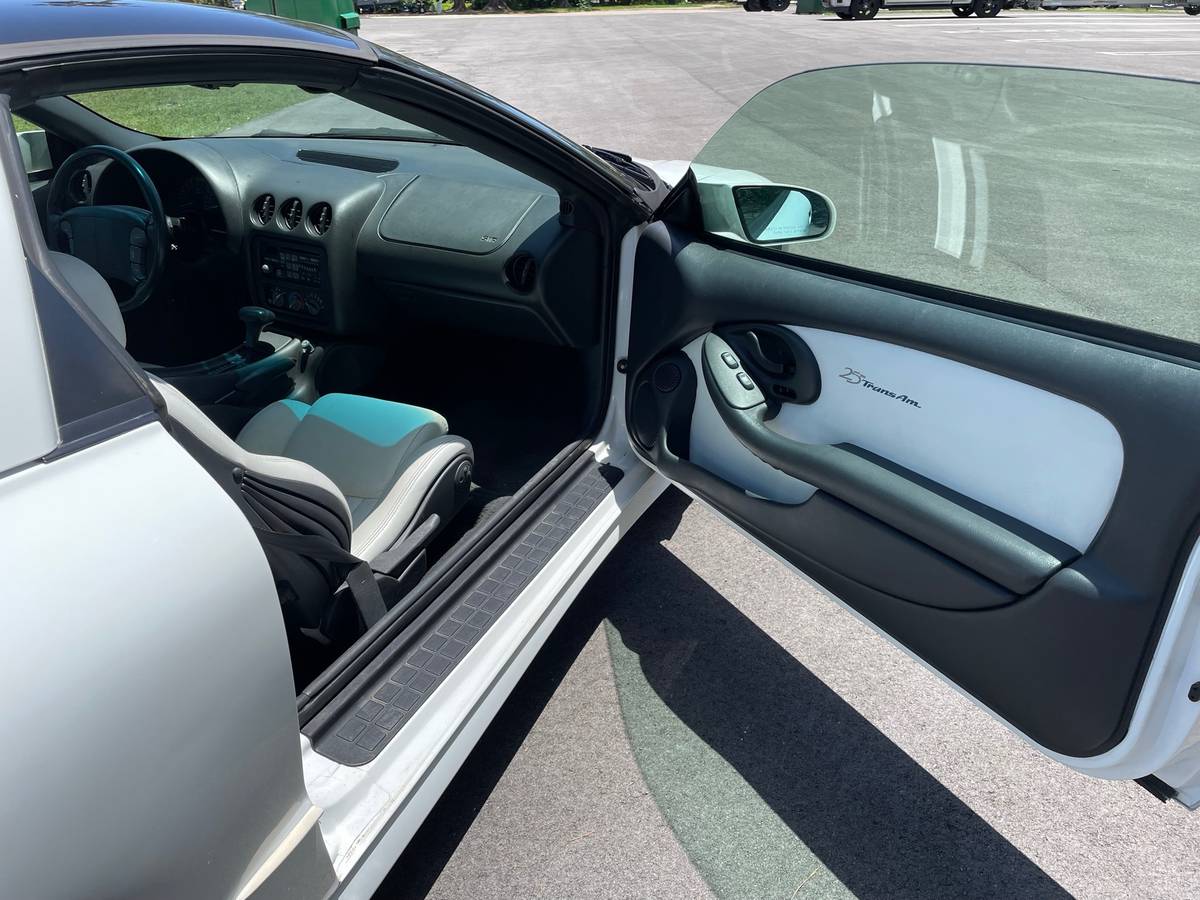 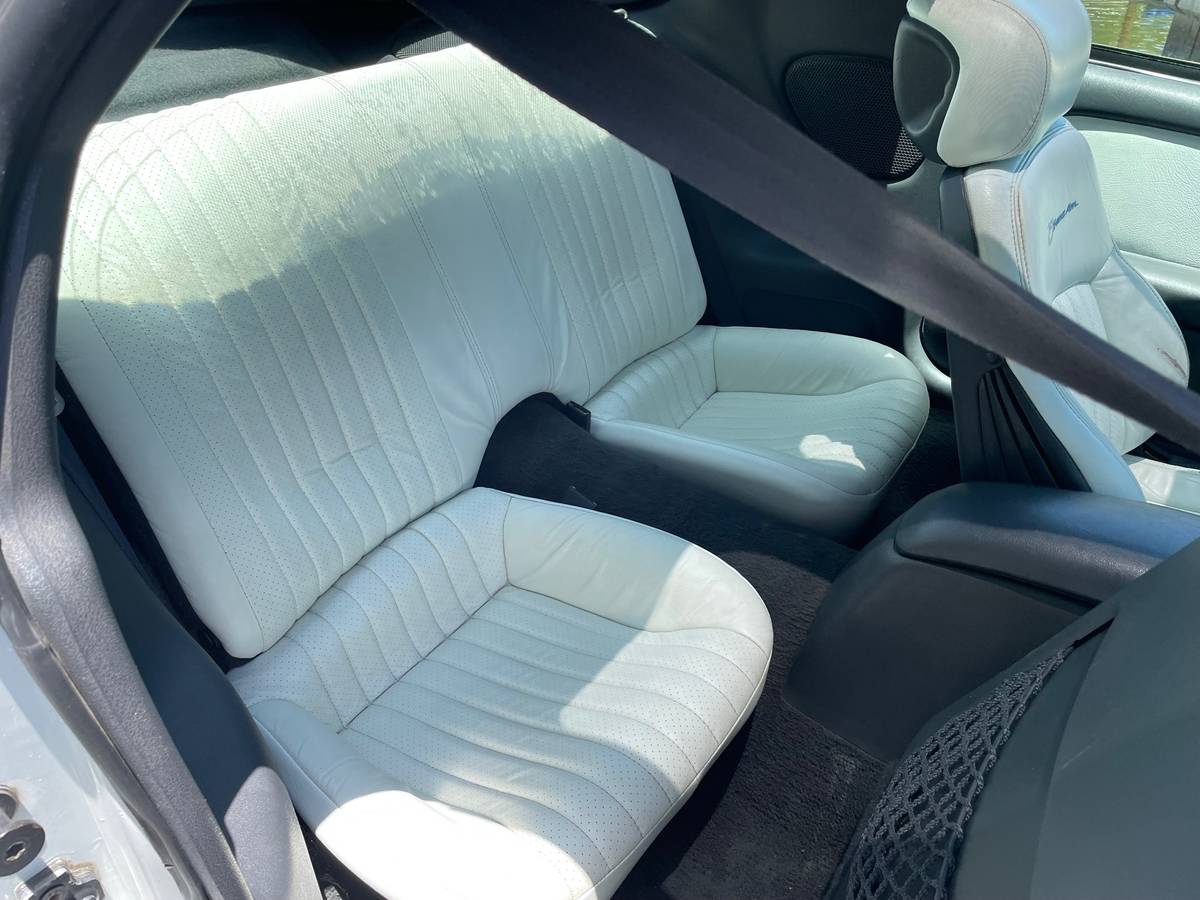 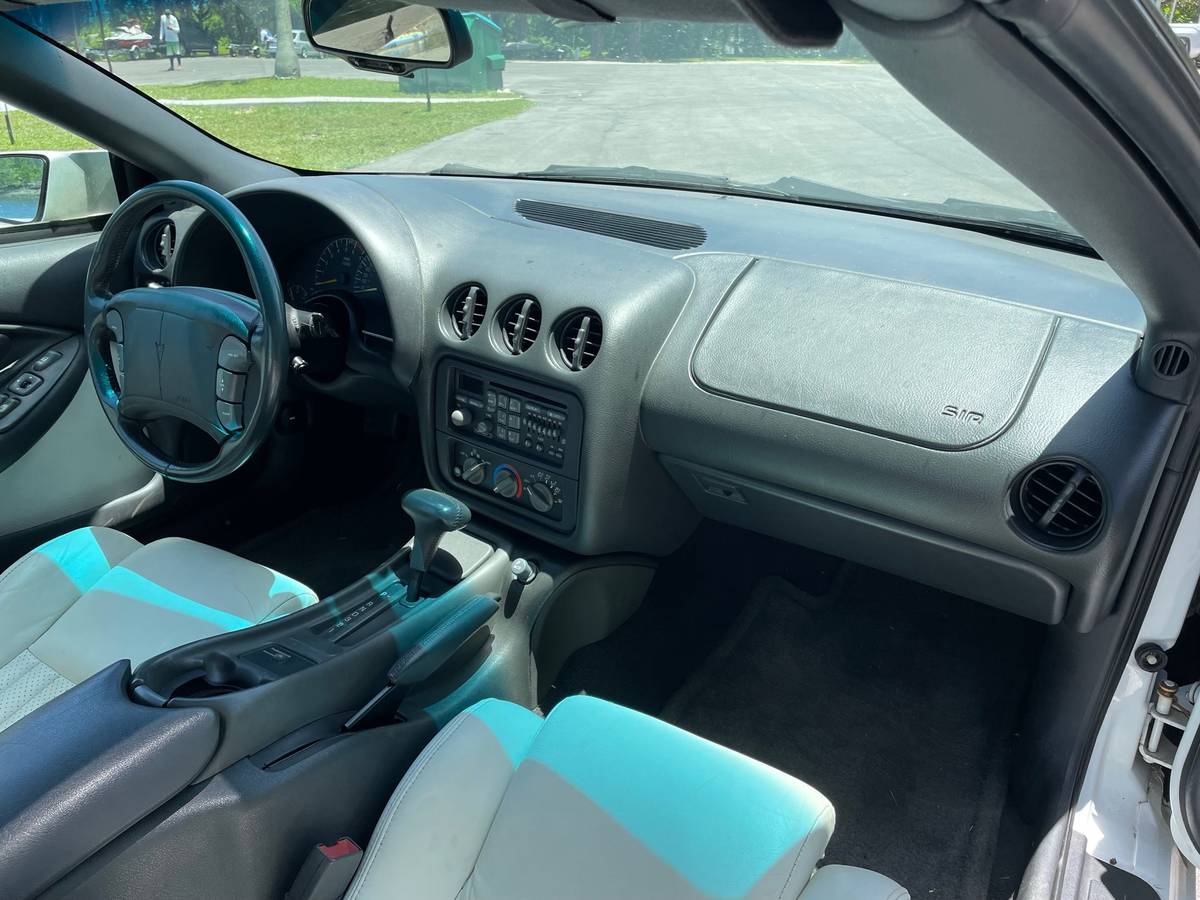 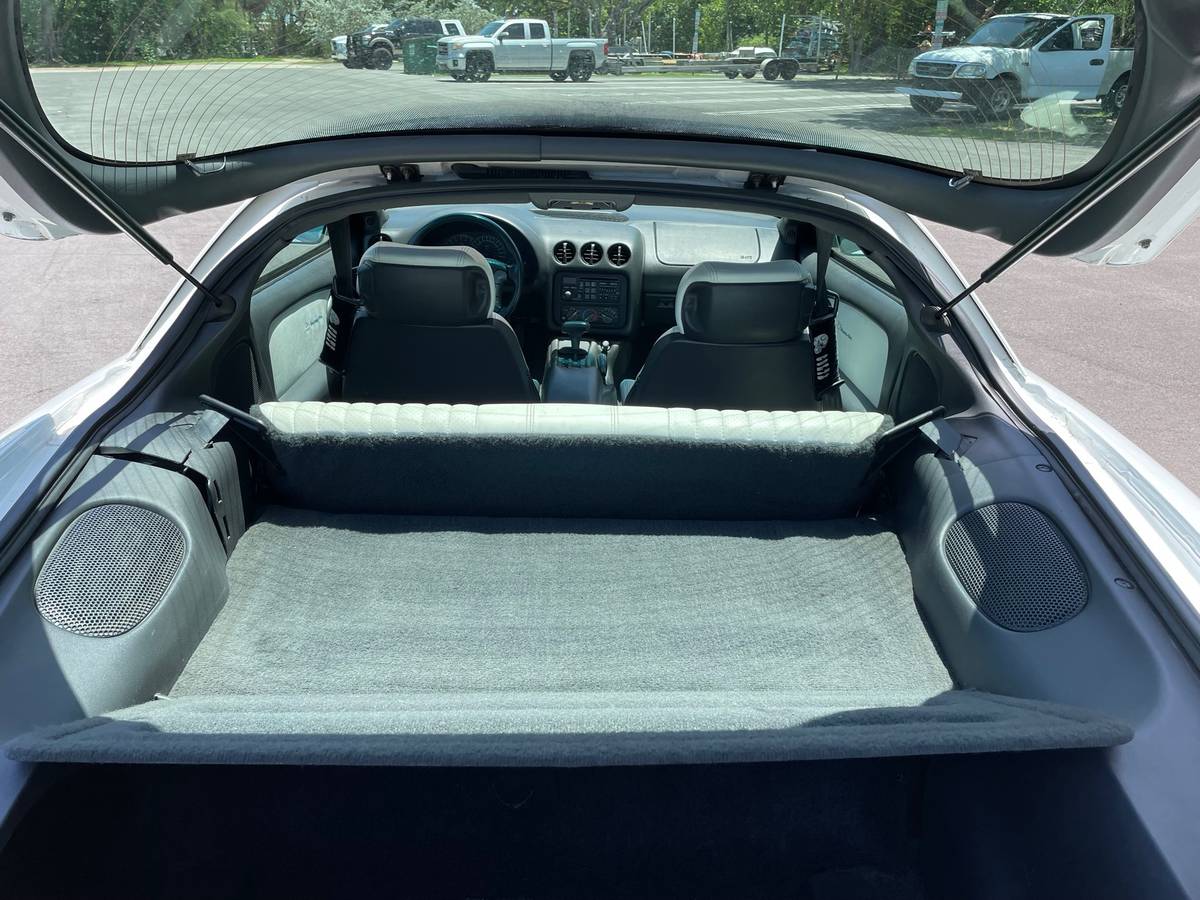 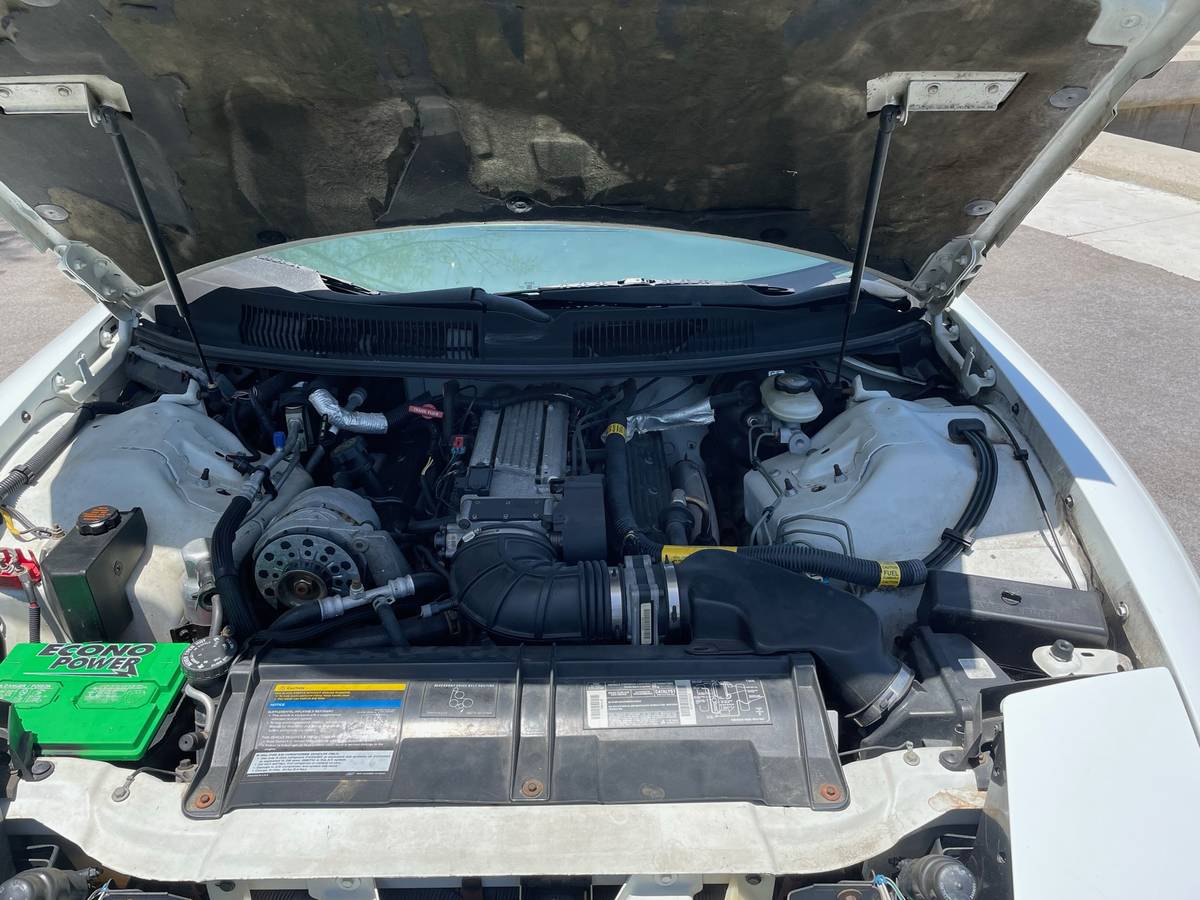 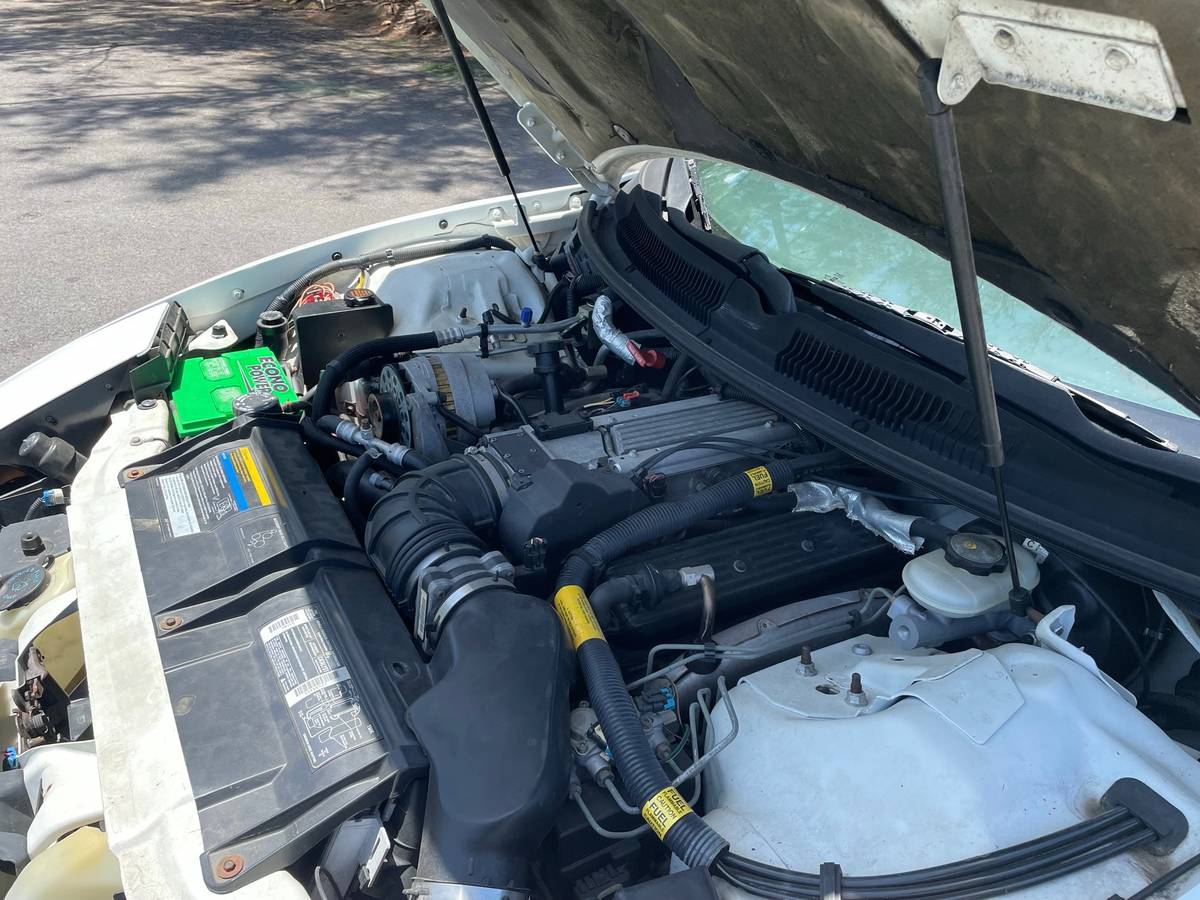 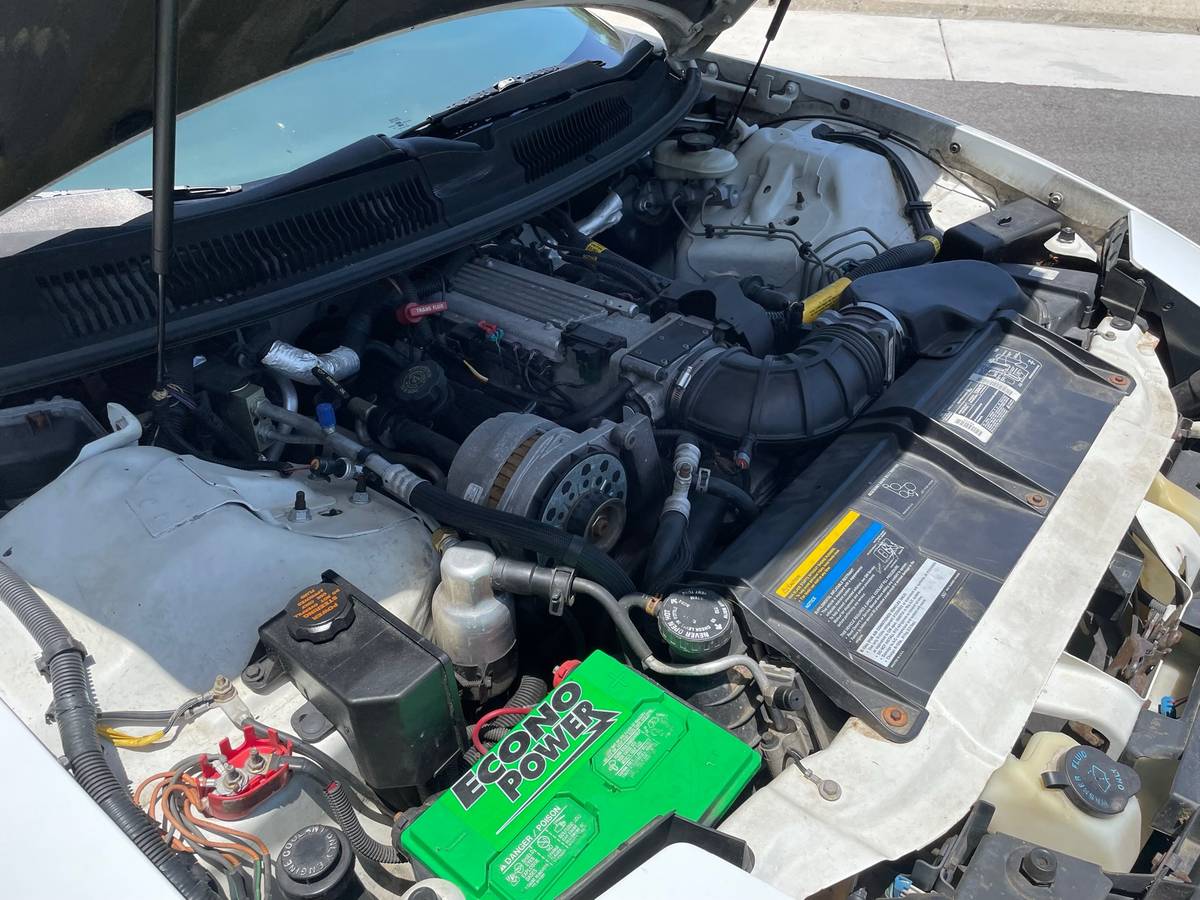 July 18, 2022 Update – We came across a fresh Craiglist ad designed to replace the expired listing. In it, the pictures, description, and asking price of $16,500 all remain the same.

At the height of the Rad Era in the mid-1990s, bright white was a popular color choice among designers. In addition to the exterior, designers fitted white interiors and even white painted wheels.  While some might credit the 35th Anniversary all-white C4 Corvette for starting this trend, Pontiac continued when they launched their 25th-anniversary edition of their storied Trans Am for the 1994 model year. However, Pontiac designers broke up the all-white color scheme by featuring a narrow blue exterior stripe inspired by the original 1969 model.

This 1994 Pontiac Trans Am 25th Anniversary Edition, originally listed in June 2022 on Craigslist in Hollywood, Florida (Miami), is said to be one of 1,758 such coupes built that year and features every available option.

Currently offered for $16,500, Classic.com, the analytics and search engine for the collector car market, confirms the ask is slightly below the one-year rolling average of this guide’s summary for 1994 Pontiac Trans Ams.  By clicking on the green dots in the graph below, you can navigate to each comparable car sold as a way to help you evaluate the price of the ride featured here:

The fourth-generation Firebird amplified the aerodynamic styling initiated by the previous generation. While the live rear axle and floorpan aft of the front seats remained largely the same, ninety percent of the Firebird’s parts were all-new.  Overall, the styling of the Firebird more strongly reflected the Banshee IV concept car than the 1991 “facelift” did. As with the Camaro, major improvements included standard dual airbags, four-wheel anti-lock brakes, 16-inch wheels, rack-and-pinion power steering, short/long-arm front suspension, and several non-rusting composite body panels. Throughout its fourth generation, trim levels included V6-powered Firebird, and V8-powered Formula and Trans Am. Standard manual transmissions were the T5 five-speed manual for the V6s, and Borg-Warner′s T56 six-speed manual for the V8s. The 4L60 four-speed automatic was optional for both in 1993, becoming the 4L60E with built-in electronic controls in 1994.

The 1994 model year marked the 25th anniversary of the Trans Am, and another anniversary edition was released, painted white with a single dark blue stripe down the center of the vehicle that was reminiscent of the 1970 Trans Am. It also featured white-painted, five-spoke, 16-inch alloy wheels, and white leather seats and door trim. This edition was available in either coupe or convertible form.

The Legendary Pontiac YouTube Channel features this 1994 video of Pontiac’s General Manager unveiling the 25th Anniversary Trans Am and the new convertible model:

While this unmolested and unmodified 1994 Pontiac Trans Am 25th Anniversary Edition features worn white leather seats, the seller includes a set of correct new old stock (“NOS”) 25th Anniversary hides as part of the sale. We would enjoy driving this Trans Am for the balance of the car show season and then over the winter, stay busy and warm detailing the car while we wait for a professional upholsterer to install the replacement hides.