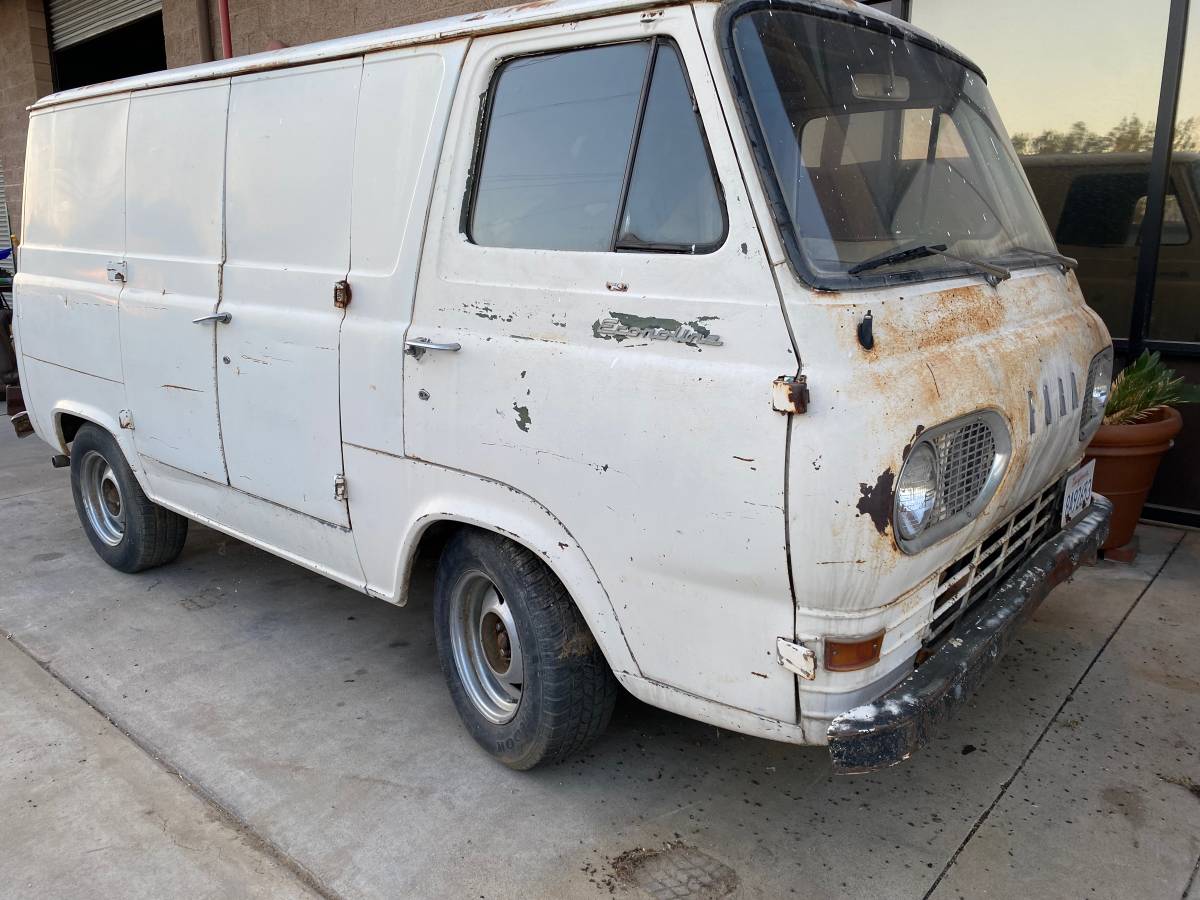 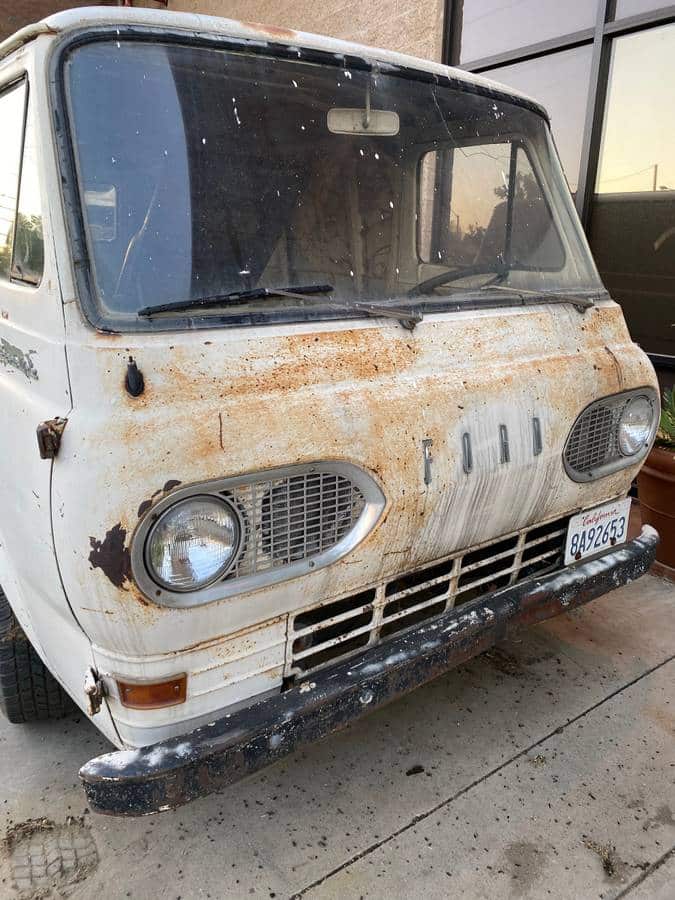 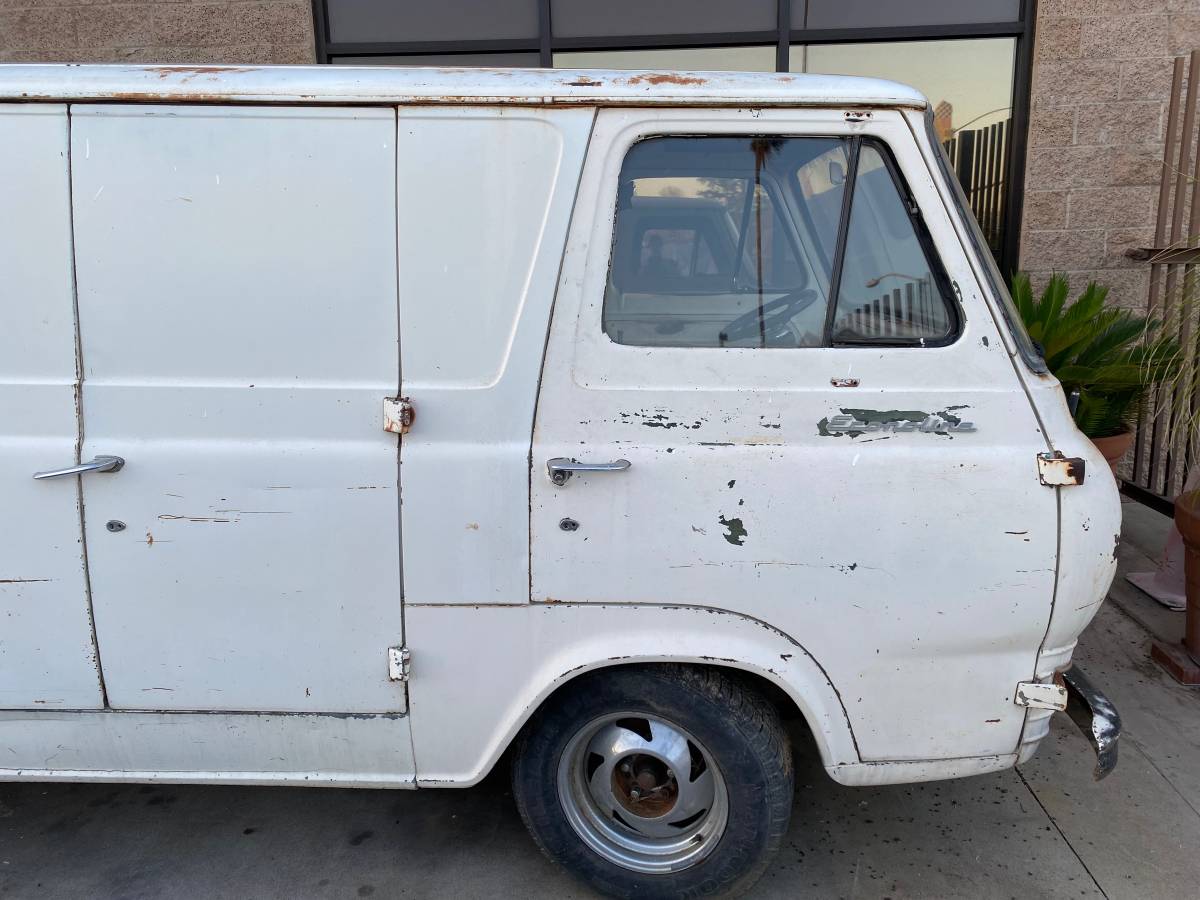 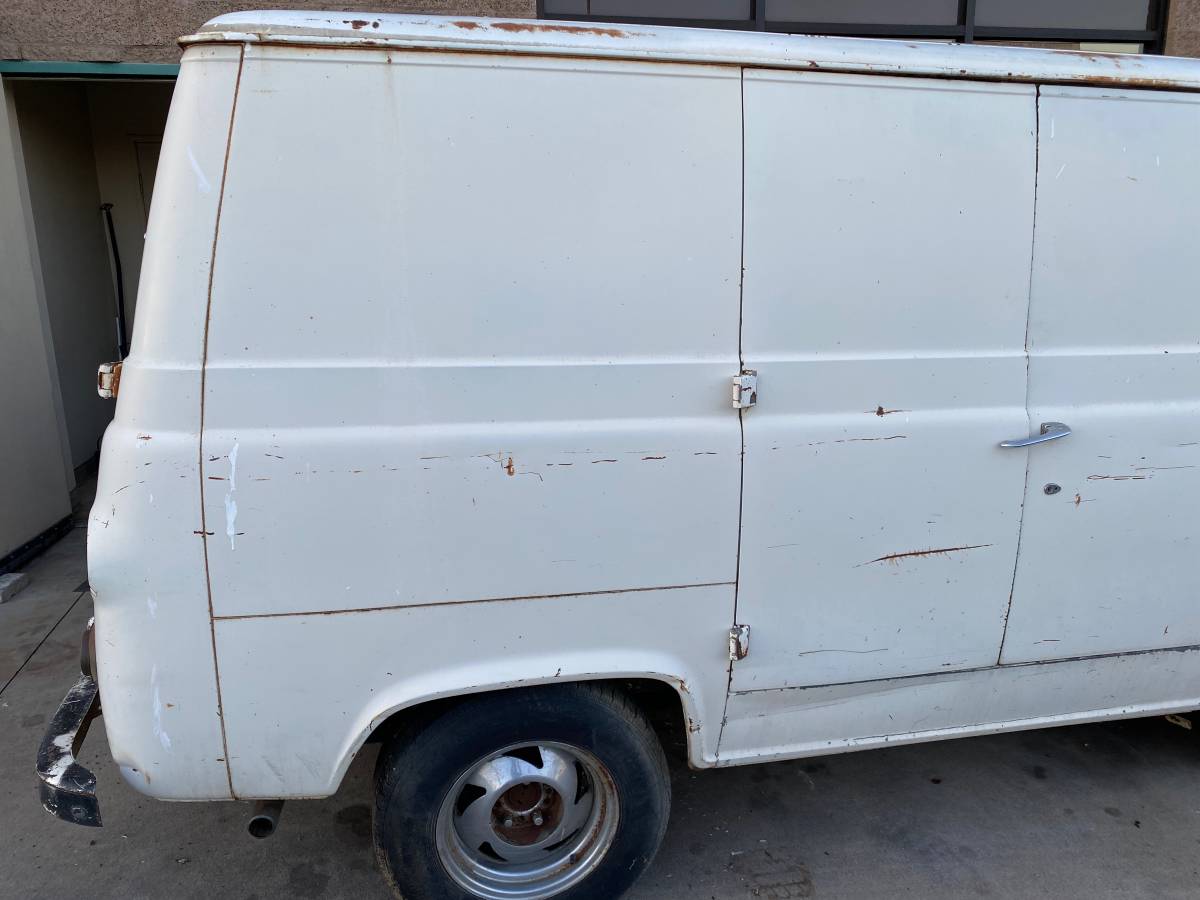 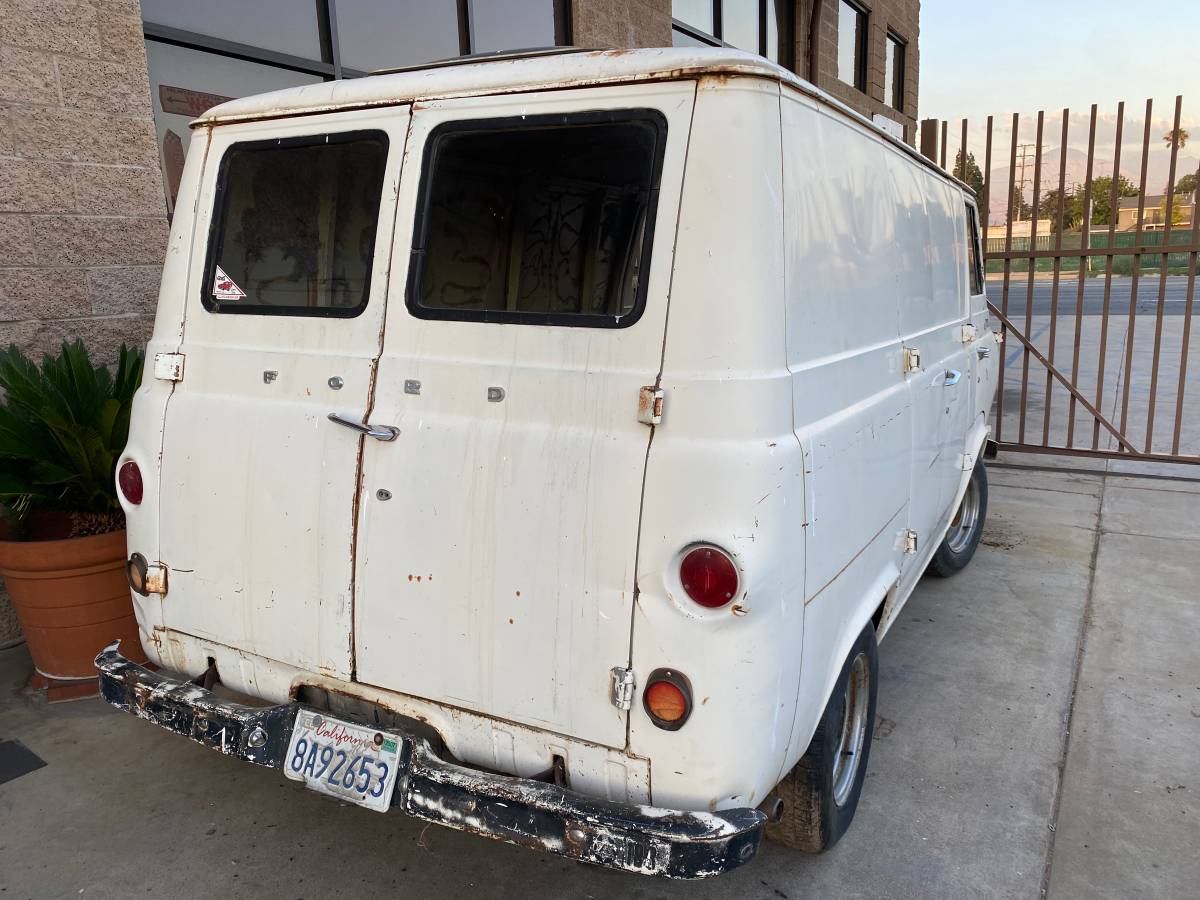 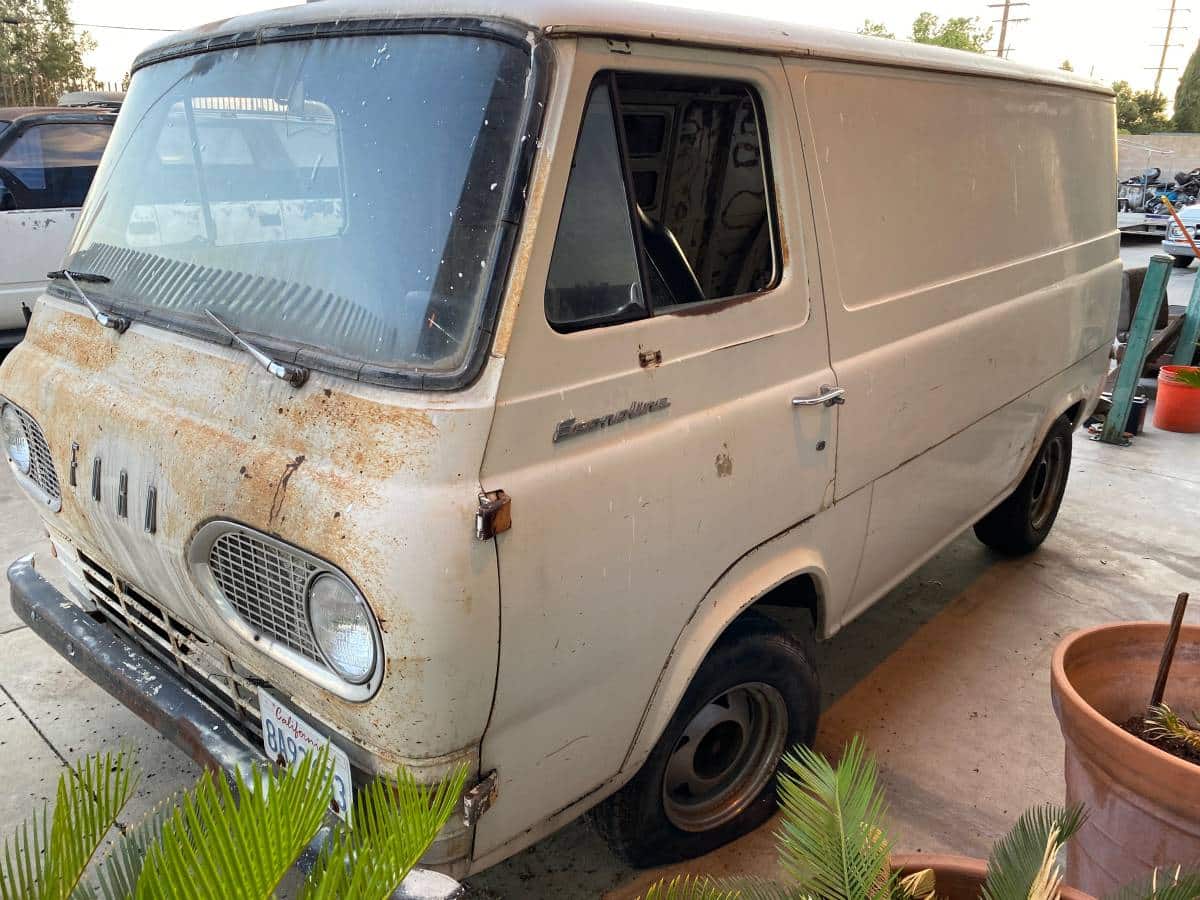 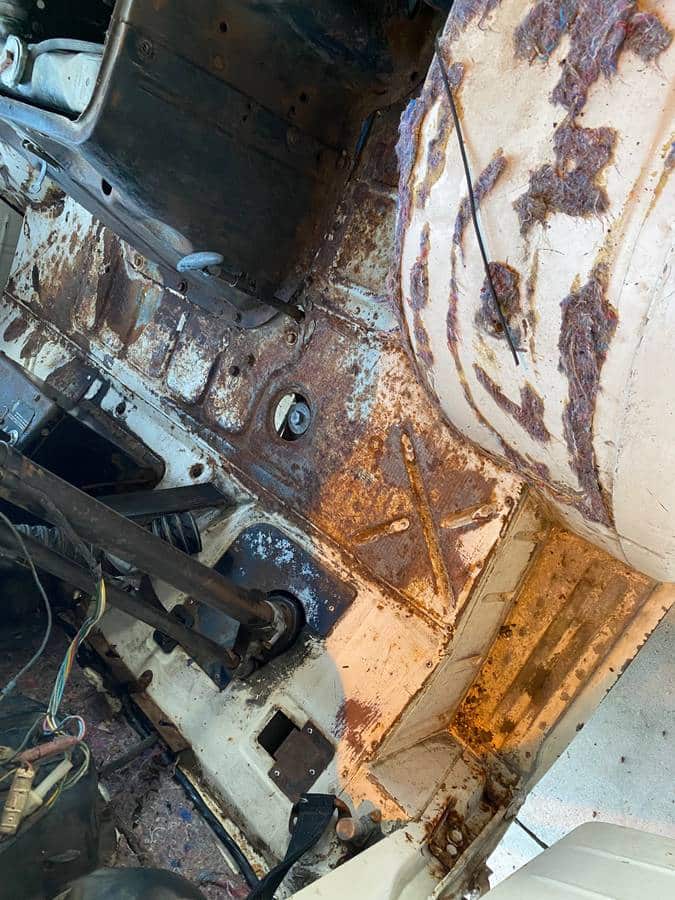 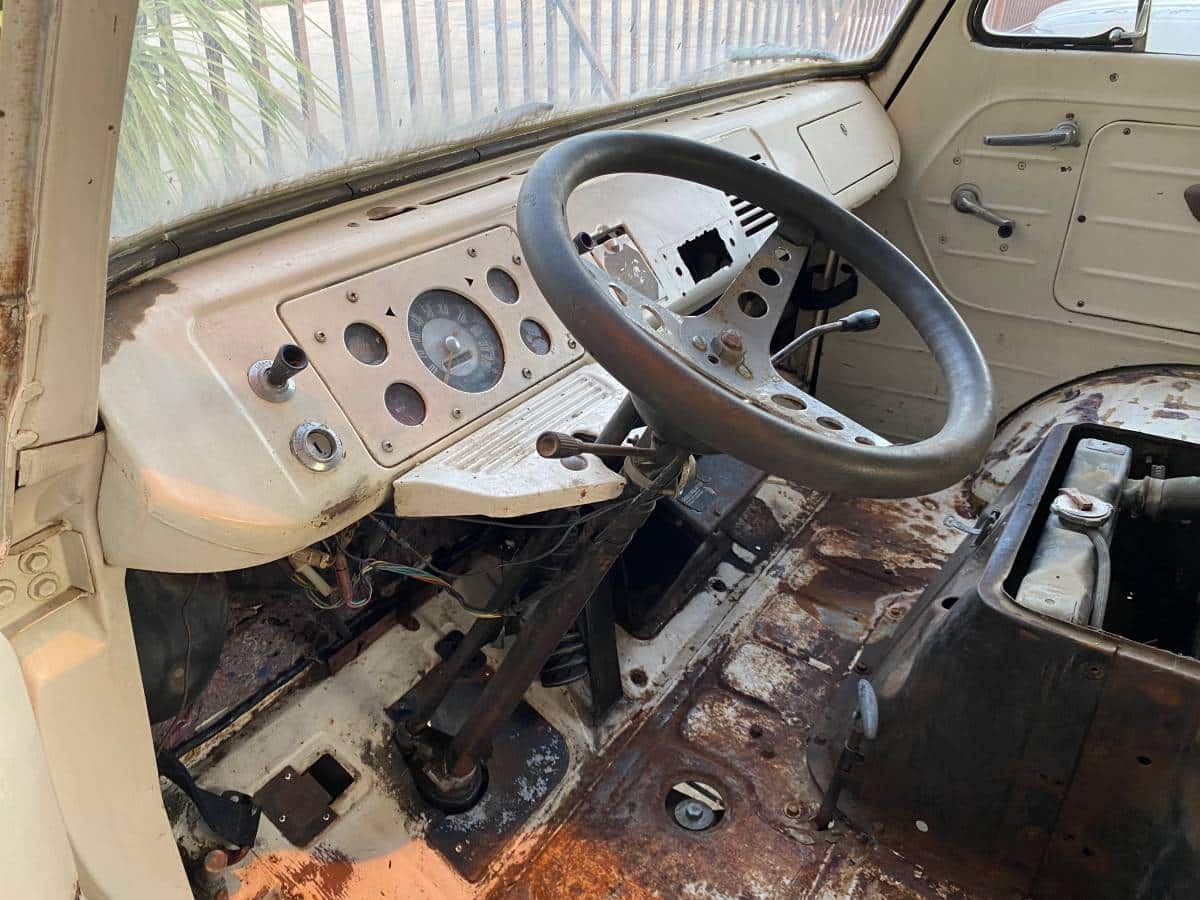 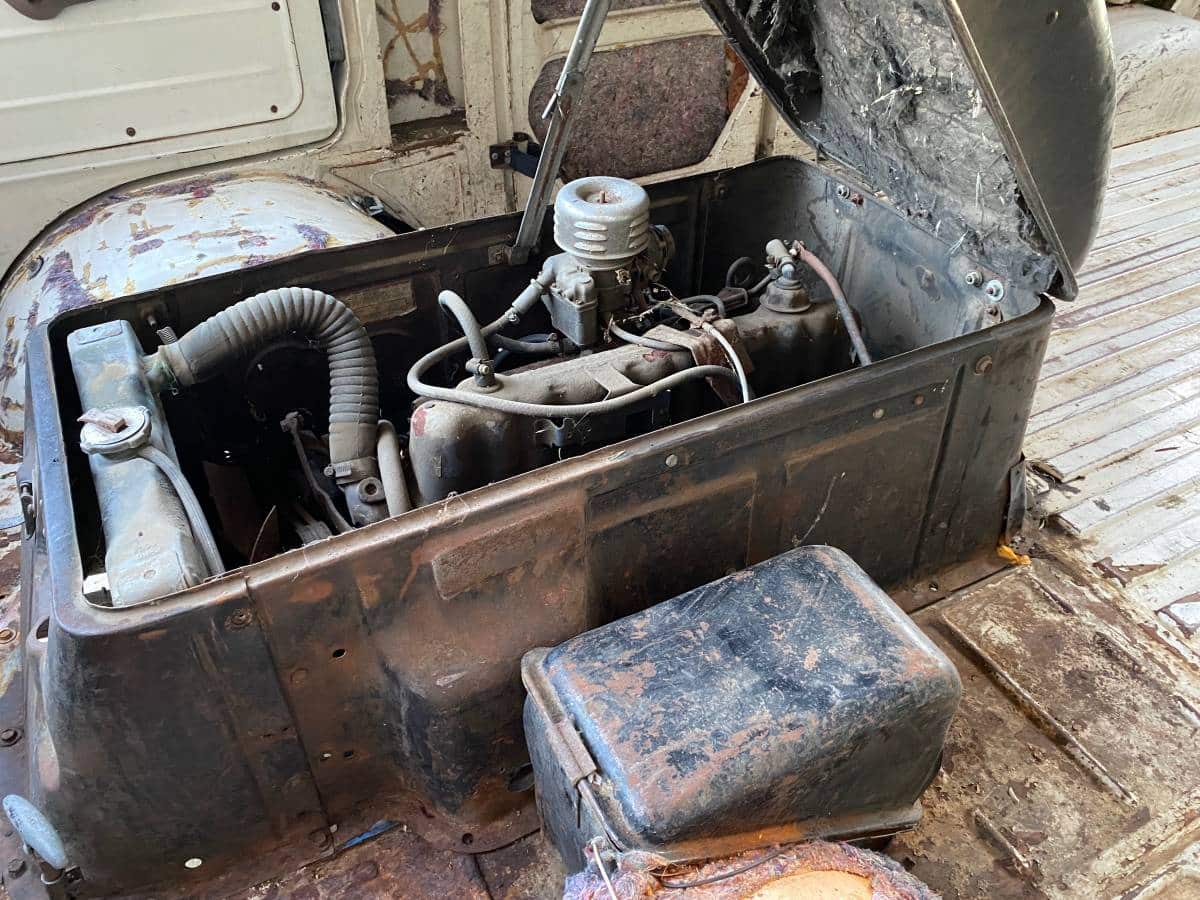 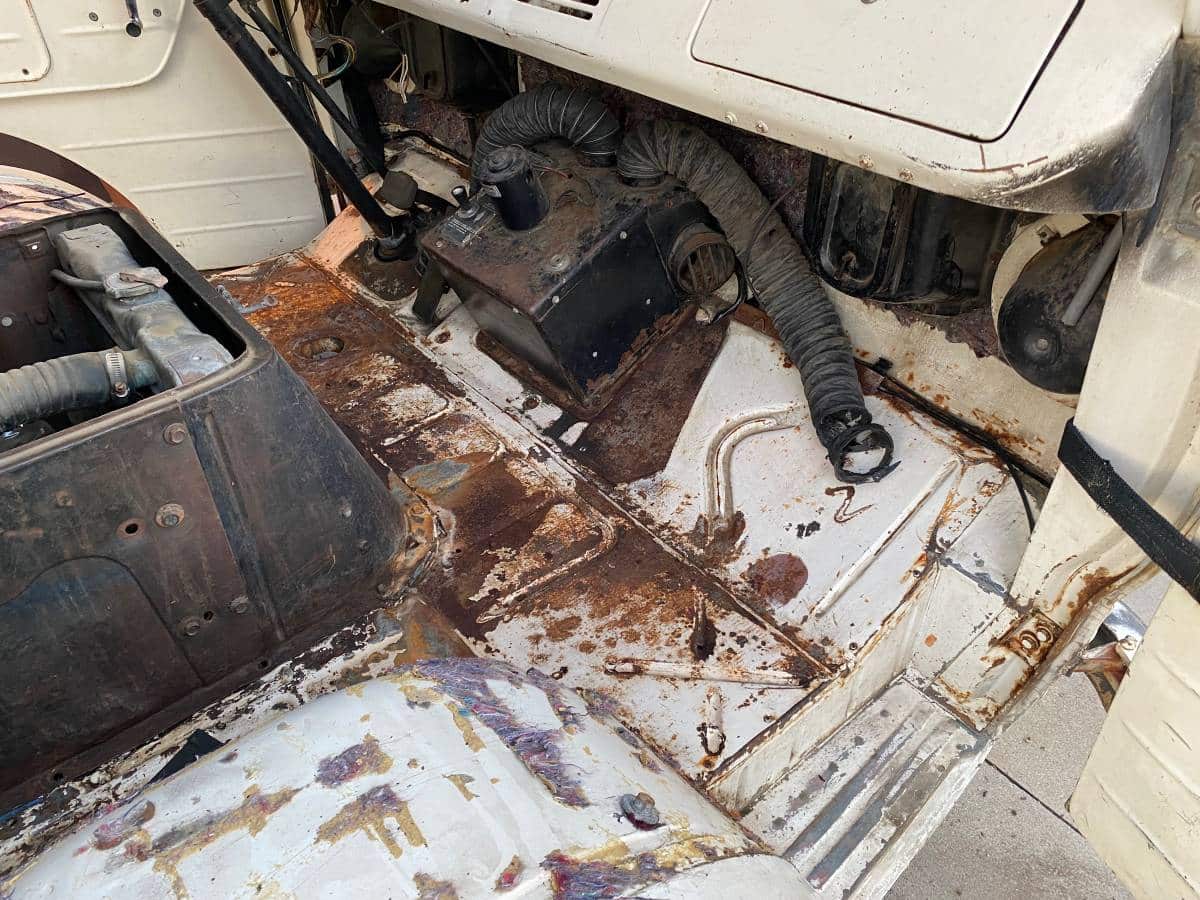 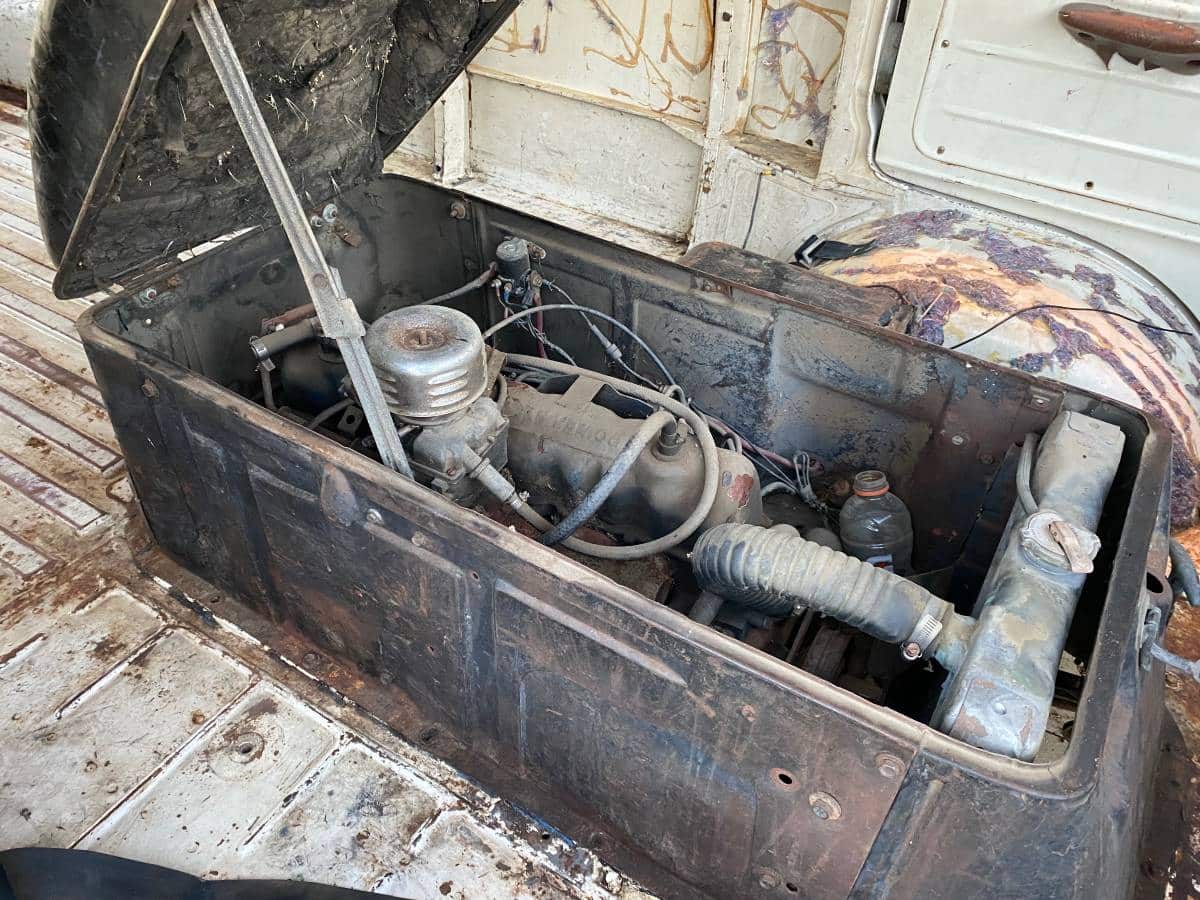 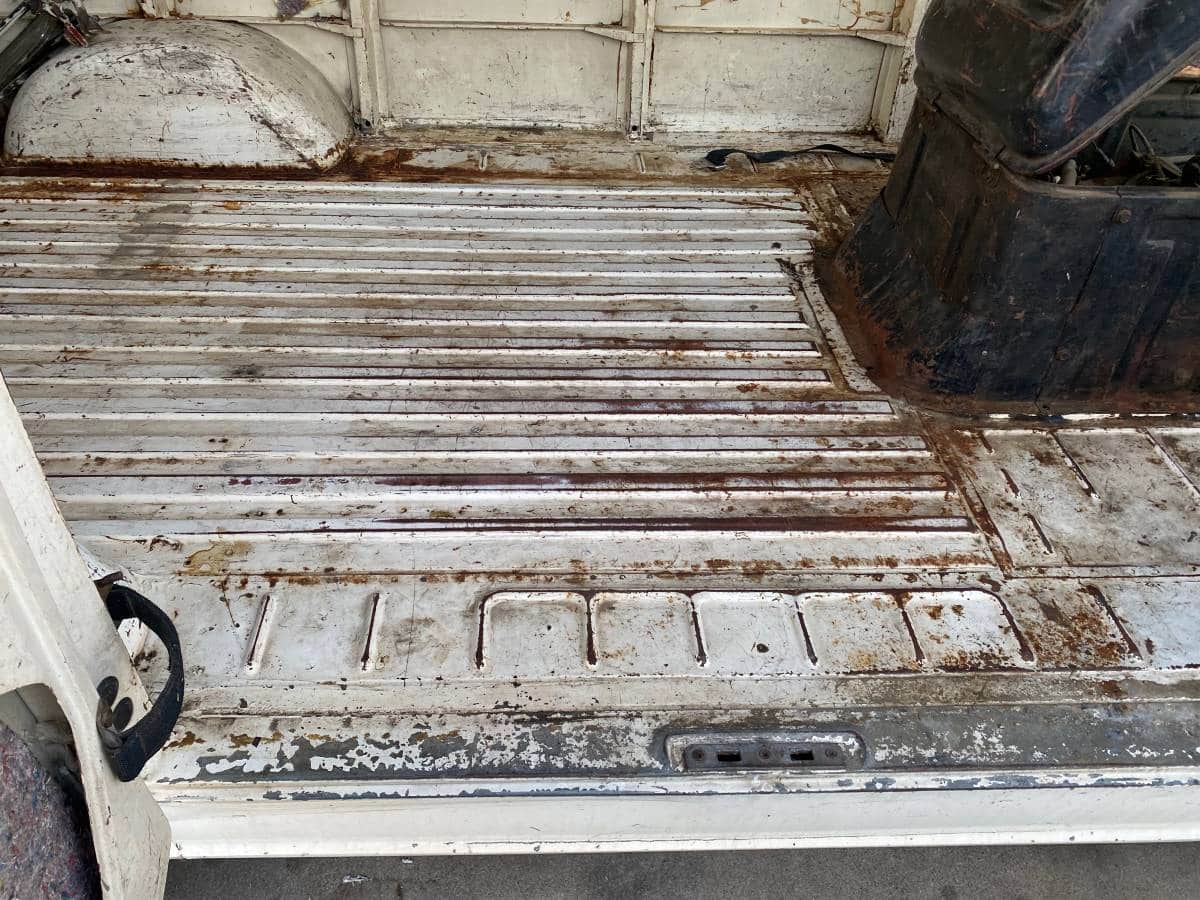 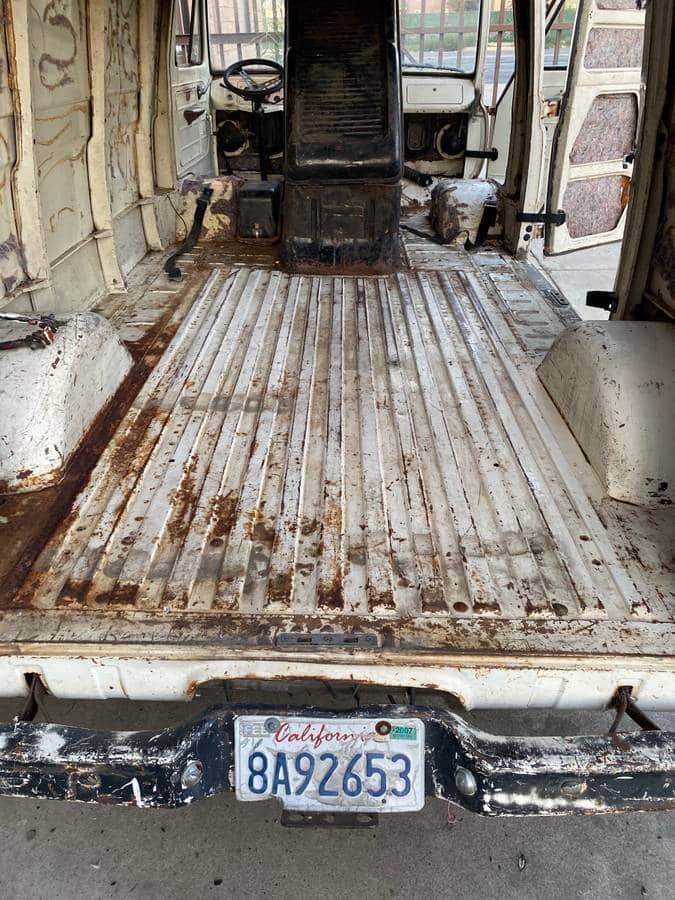 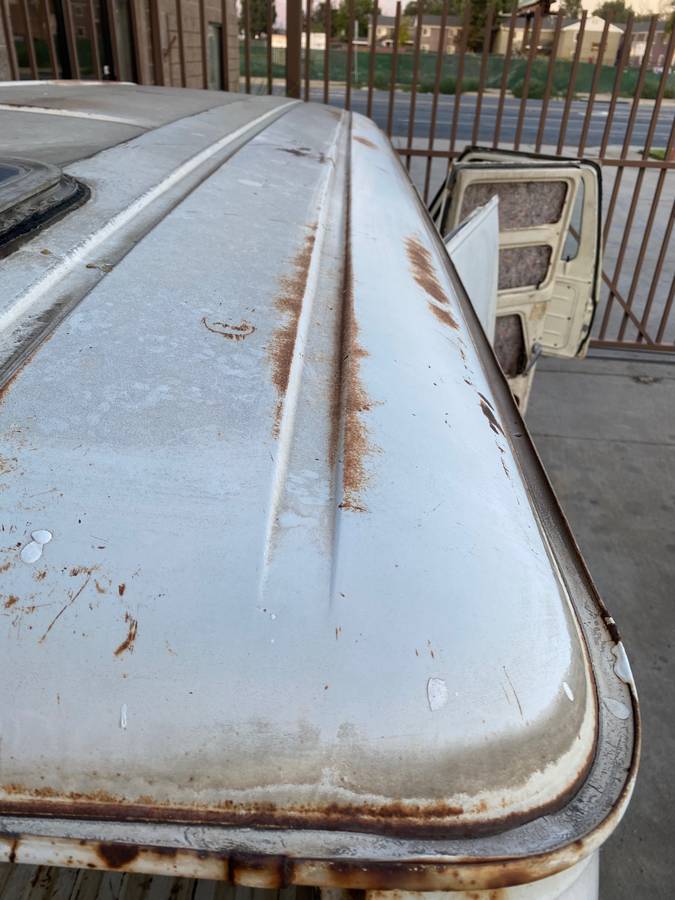 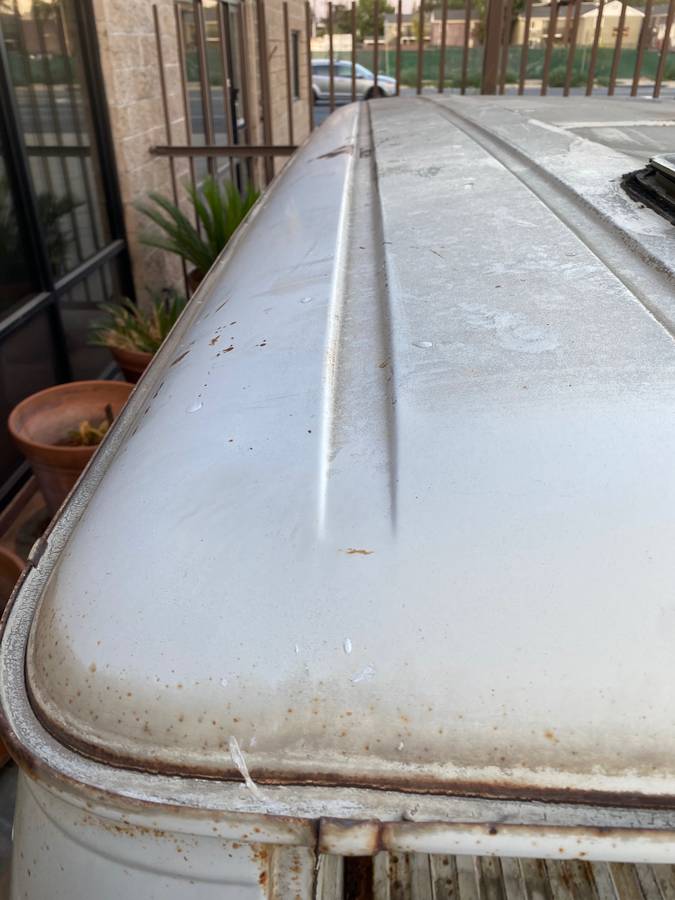 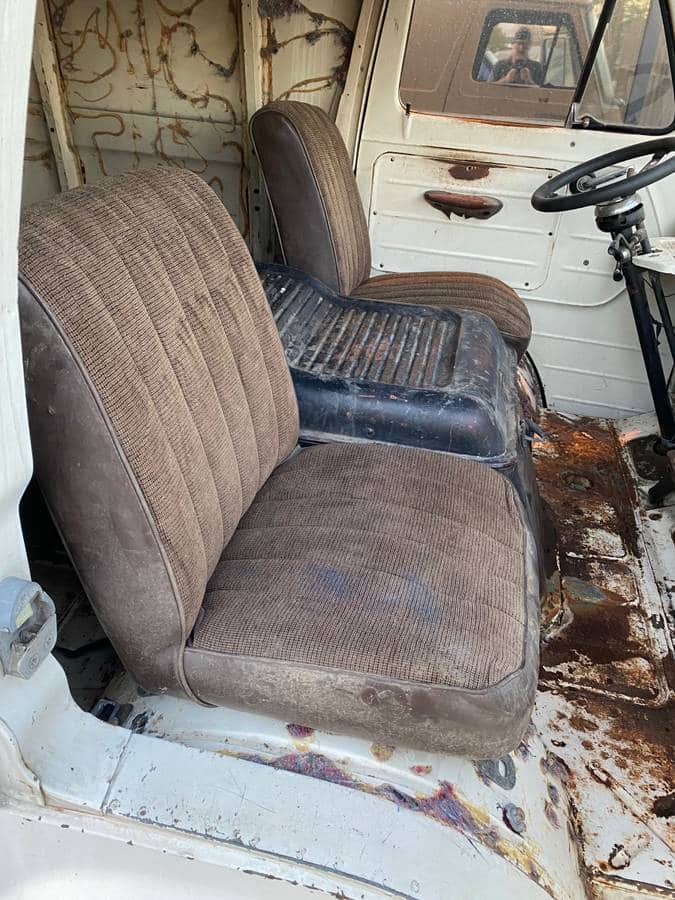 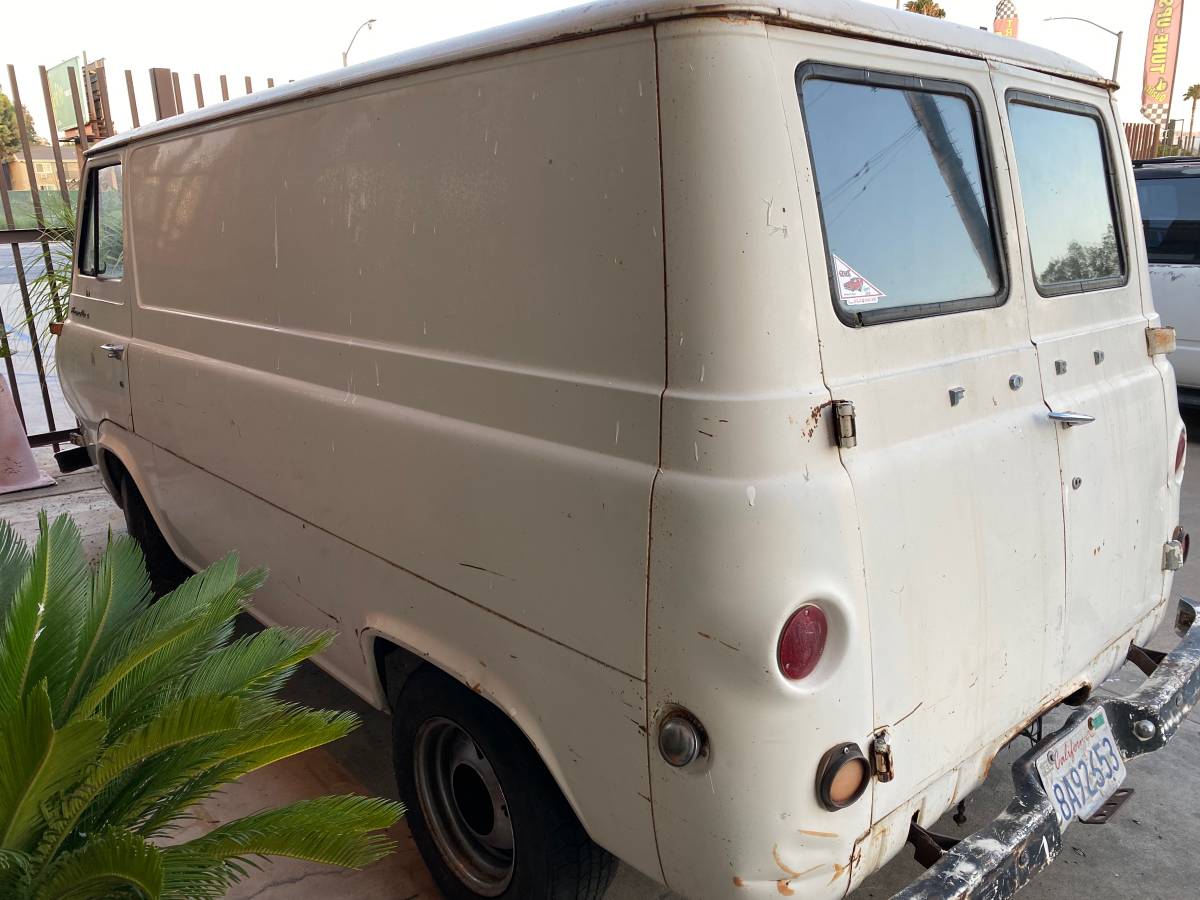 August 8, 2022, Update – We confirmed the seller of this “Classifind” deleted their listing, so we’re now able to call this one “SOLD!” While this one got away, please reach out either by email or call us directly if you’d like to be informed when we come across something similar.

Taking a cue from the success of Volkswagen’s Transporter, the Big Three domestic automakers started offering vans based upon their new compact car mechanicals. Ford engineers developed a Falcon-based van called the Econoline that could be had in either panel or window versions. Typically worked to the bone before rusting away, this 1964 Ford Econoline Van, originally listed in July 2022 on Craigslist in San Bernadino, California, appears to have bucked that trend and appears to be a solid candidate for whatever direction you want to take it. The seller reports their van is a non-running project, so you’ll need a trailer to get this van back to your garage.

Currently offered for $5,500 (the original ask was $6,500), Classic.com, the analytics and search engine for the collector car market, confirms the ask is well below the one-year rolling average of this guide’s summary for first-generation Ford Econolines produced between 1961 and 1967.  By clicking on the green dots in the graph below, you can navigate to each comparable car sold as a way to help you evaluate the price of the van featured here:

As a second data point, the  Collector Car Market Review Online Tool reveals the seller’s ask falls between this guide’s #4 “Fair” estimate of $2,850 and its #3 “Good” appraisal of $7,200.

Similar to what Chevrolet did with its Corvair 95 pickup and Greenbriar van series, Ford developed its first-generation Econoline series based on the company’s new Falcon compact car.  Launched for the 1961 model year, the forward-control, mid-engined chassis relied on a short ninety-inch wheelbase. By placing the engine between the front seats, engineers developed a flat load floor with room for a pair of side doors.  Not only were side doors a more convenient improvement over Ford’s F-Series panel deliveries, but the flat floor was also seen as much more useful to many buyers cross-shopping Volkswagen Transporters or Corvair 95s.

The narrow space needed to place the engine between the front seats prevented the use of V8s.  Consequently, Econolines came equipped with inline six-cylinder powerplants developed for the Falcon. compact.  In 1965, the 170 cubic six became standard, with a 240 cubic-inch six introduced as an option. A three-speed manual was standard.  While first-generation Econoline borrowed heavily from the Falcon, suspension-wise, engineers fitted the line with a solid front axle and rear axles all suspended by leaf springs.

Produced for the 1961 through 1967 model years, Ford offered the first-generation Econoline in several variants. First was the six-door cargo van. In 1963, Ford launched an eight-door version by adding a pair of cargo doors on the driver’s side. was added for 1963.  In a nod to classic Sedan Deliveries, for 1964, Ford introduced a panel van with no side loading doors.

This 1964 Ford Econoline Panel Van appears to be a very solid project van ready for restoration.

Restore or Scooby Doo Tribute: What would you do with this 1964 Ford Econoline project?  Please comment below and let us know!