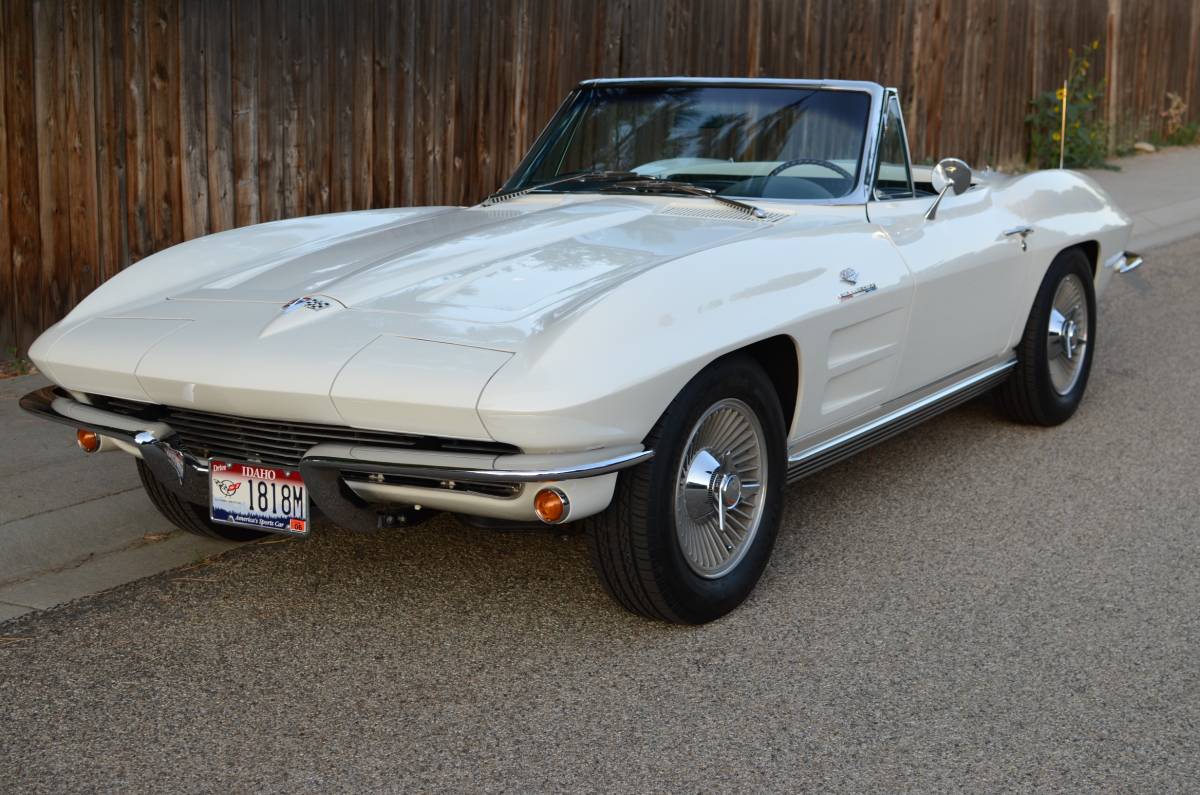 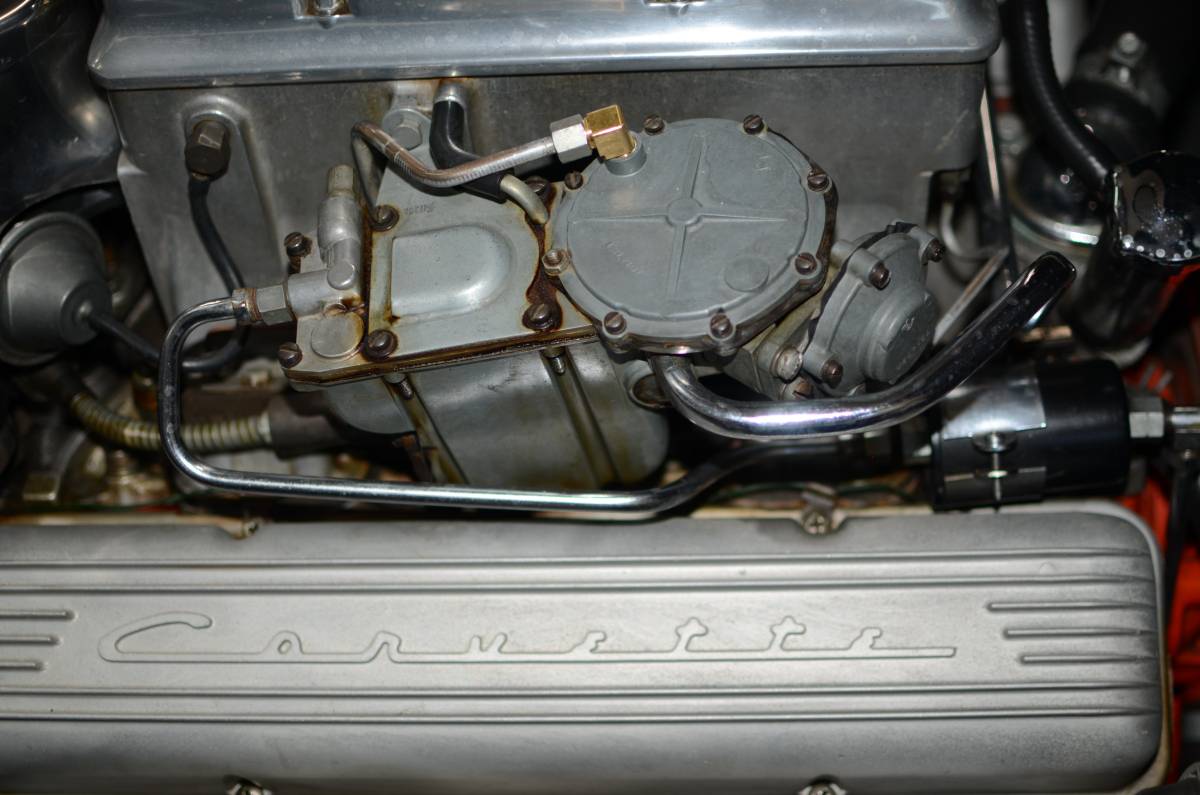 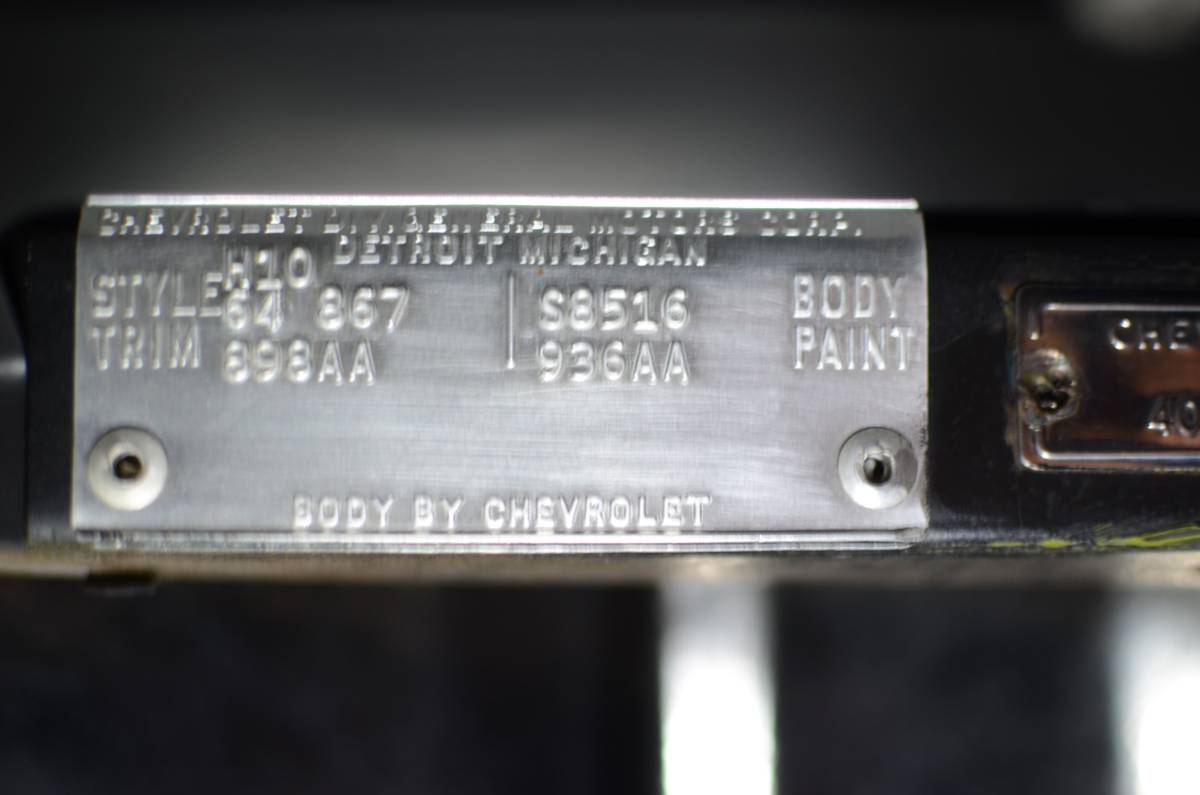 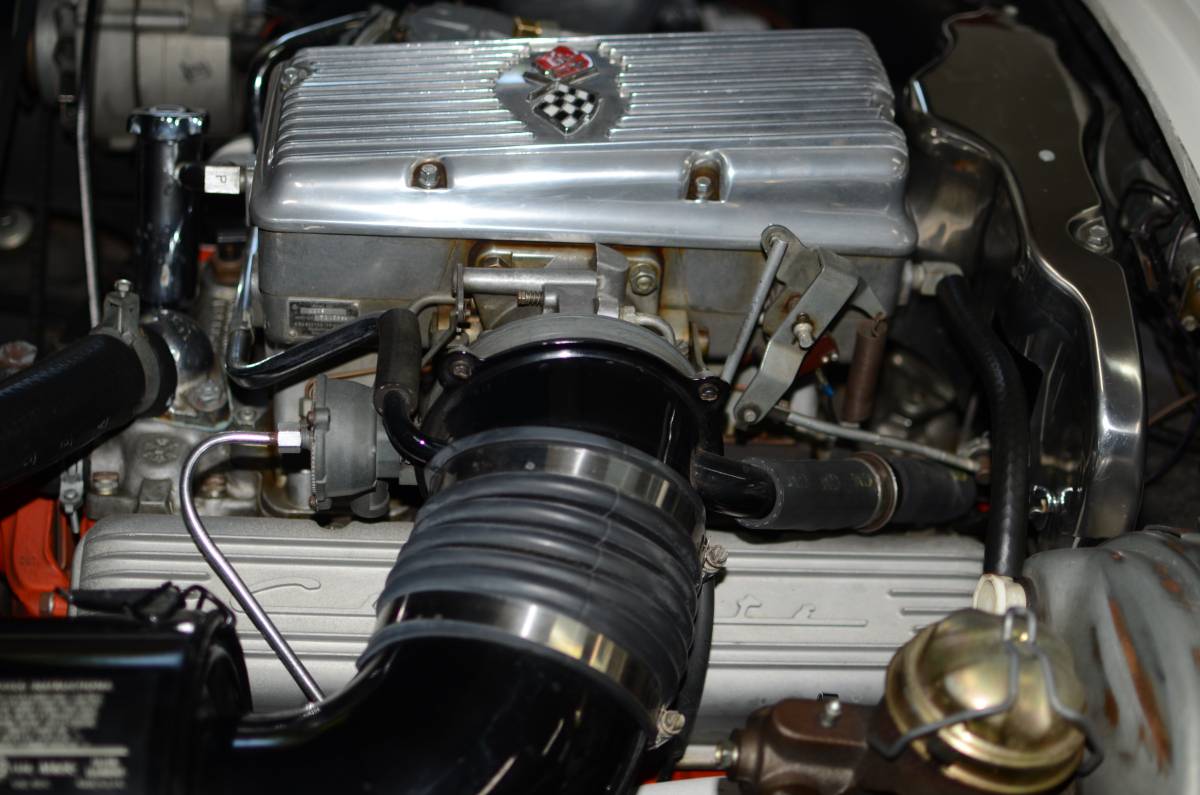 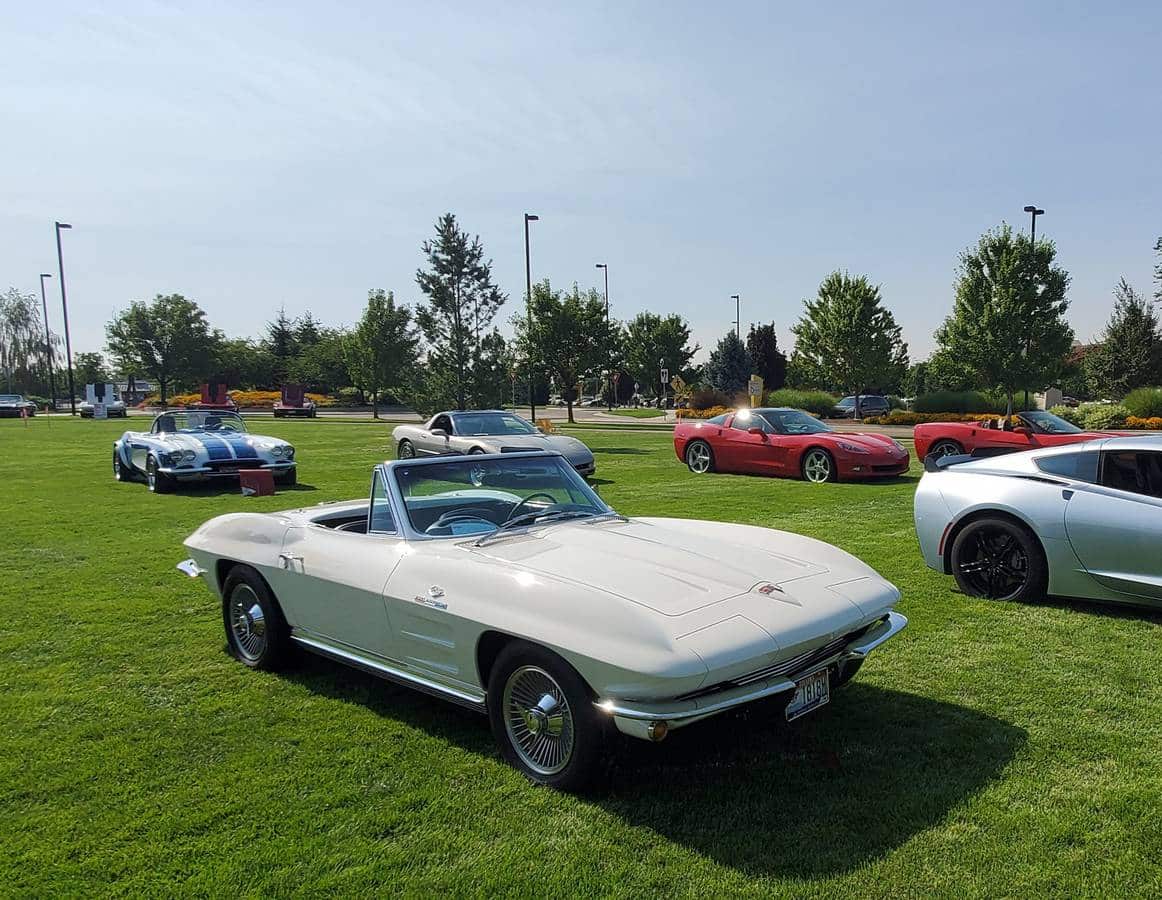 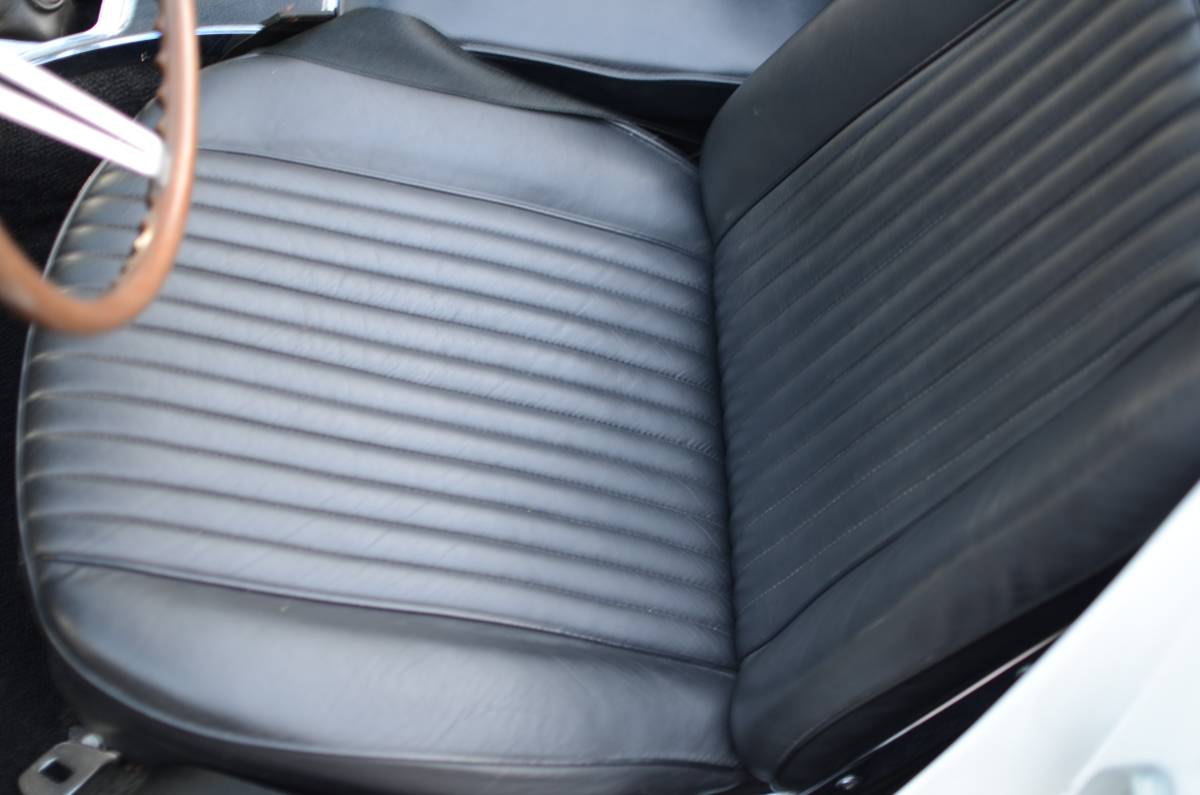 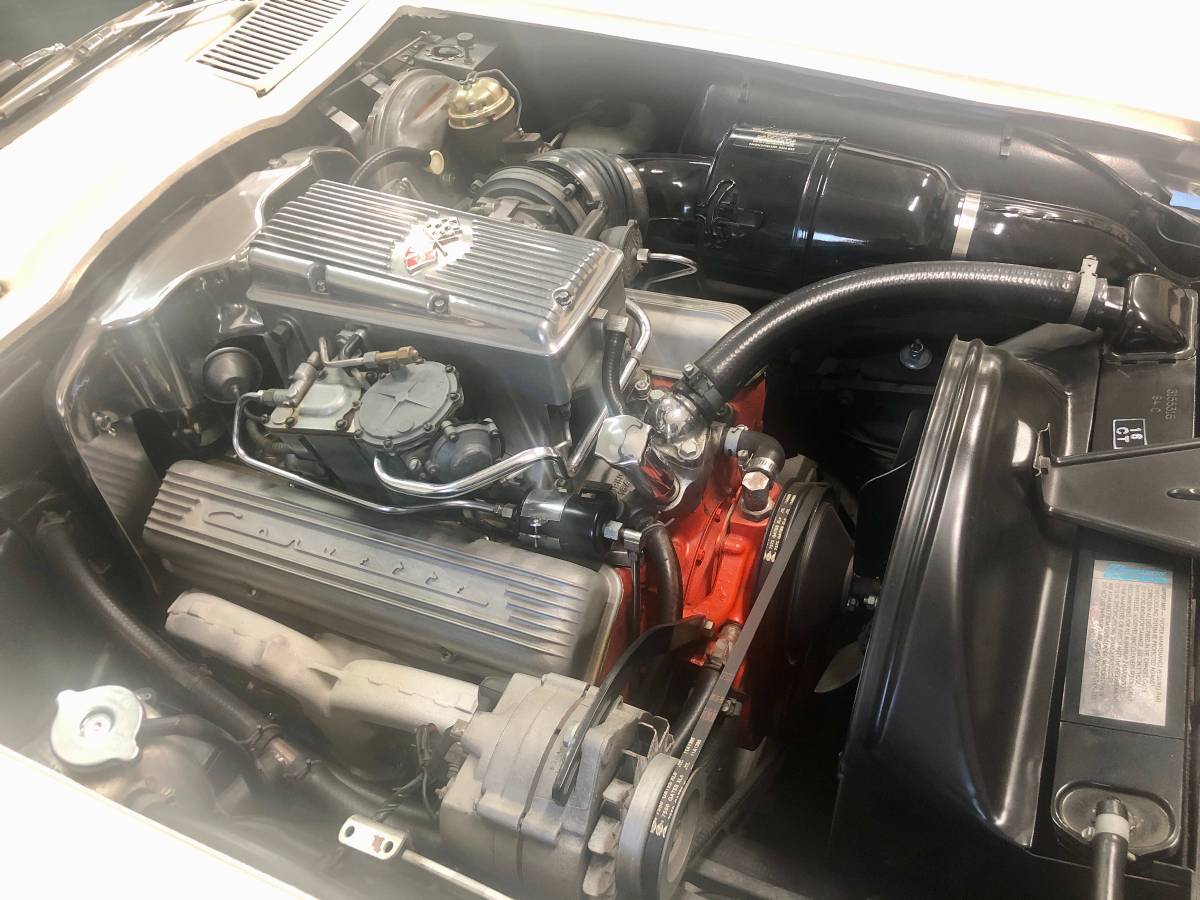 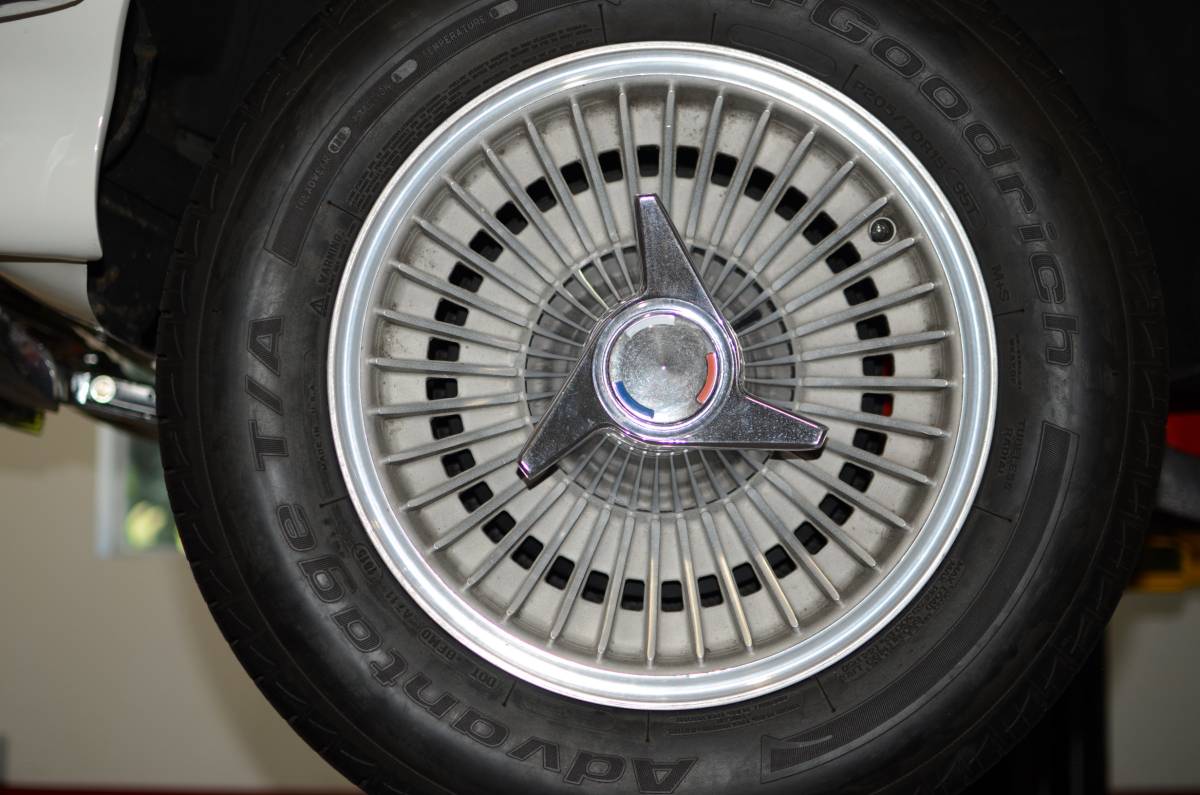 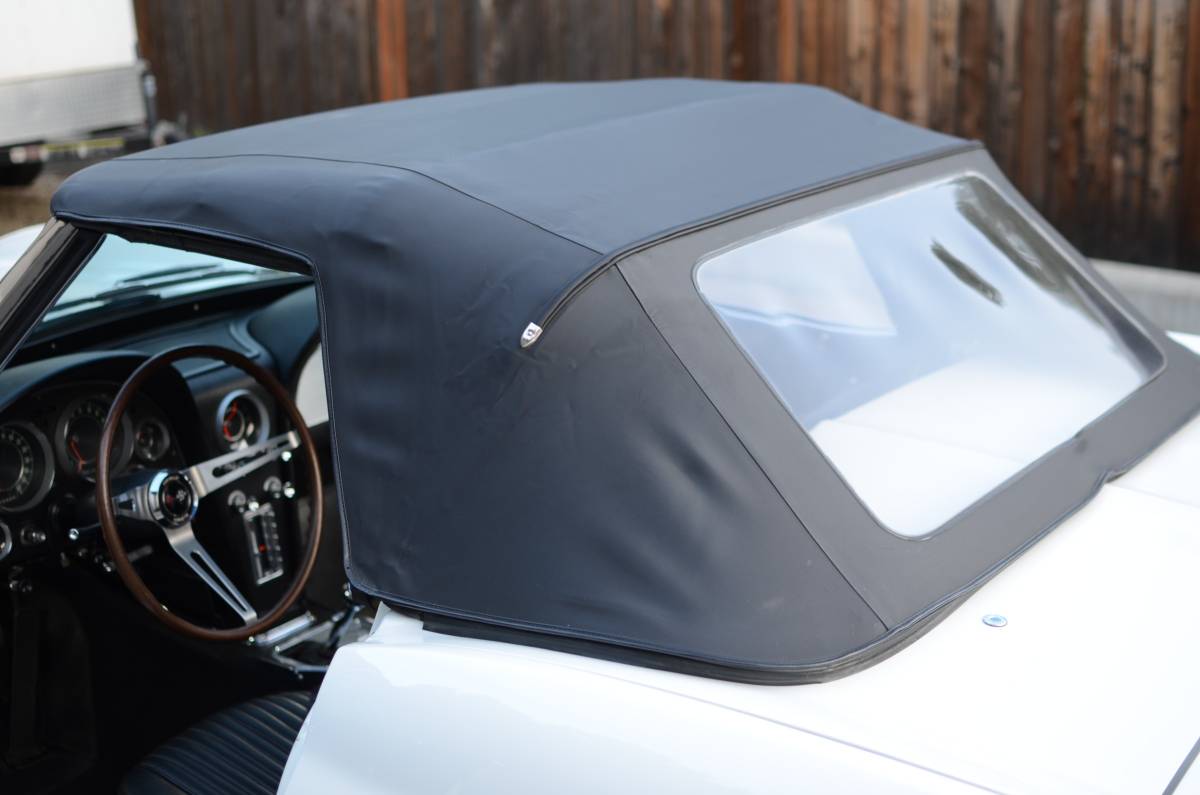 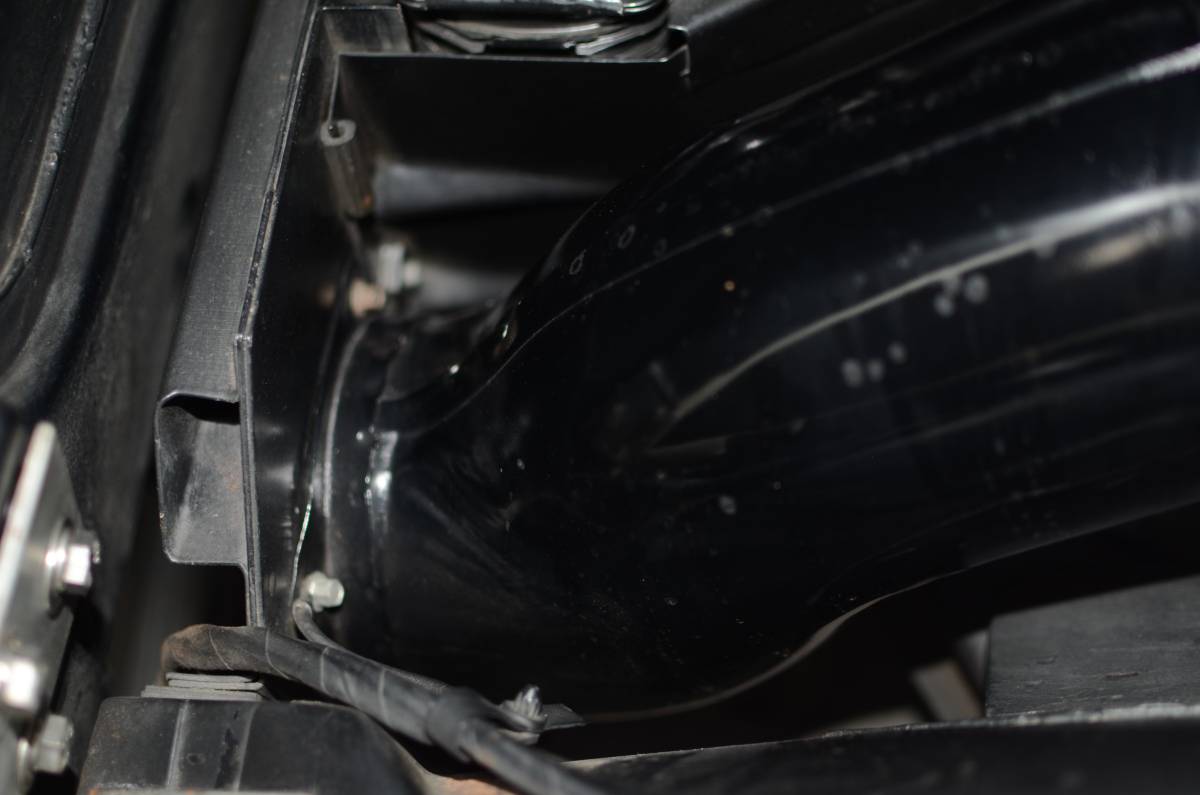 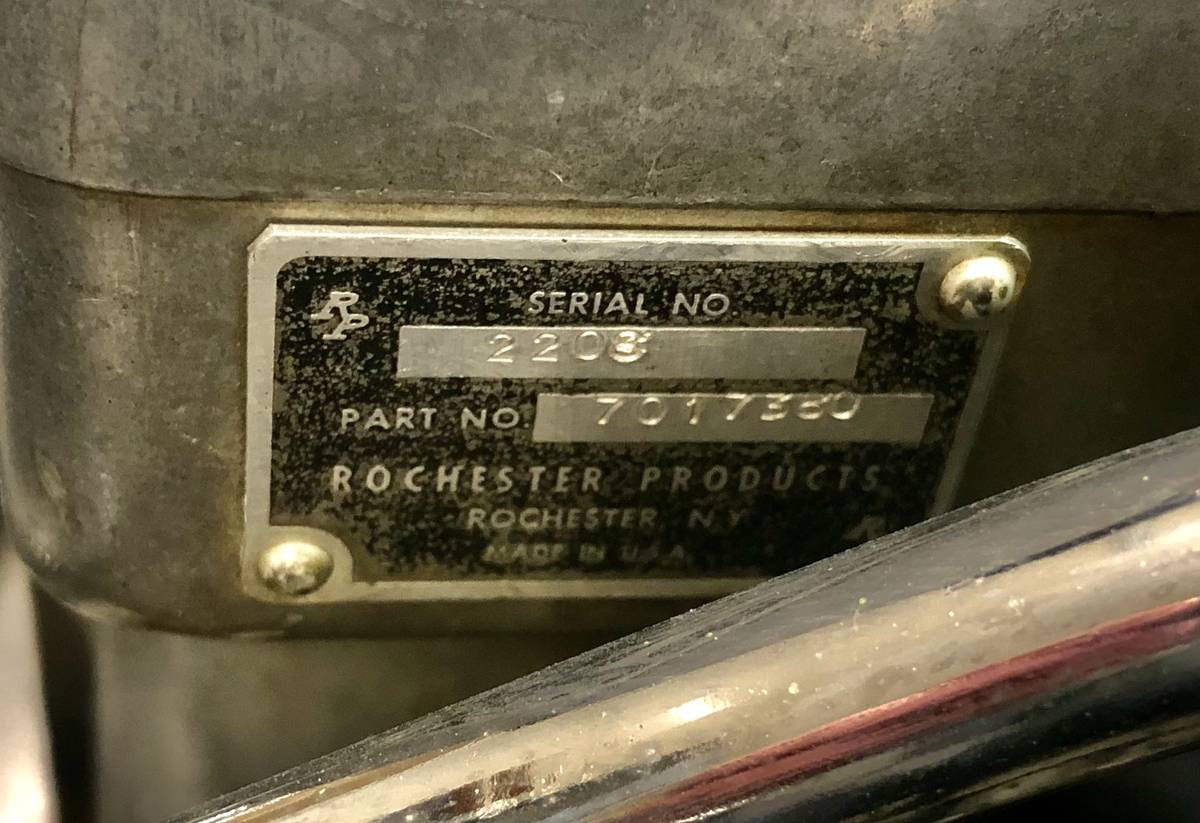 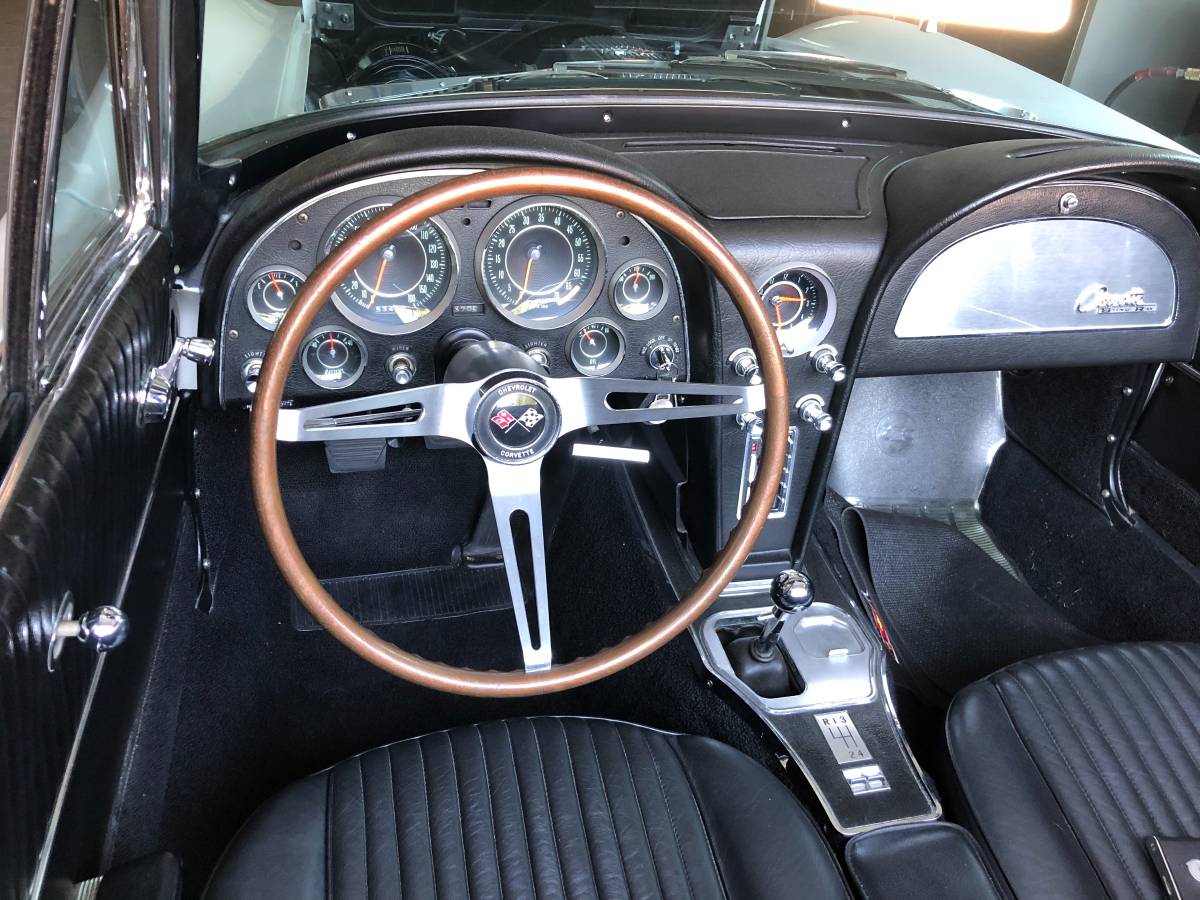 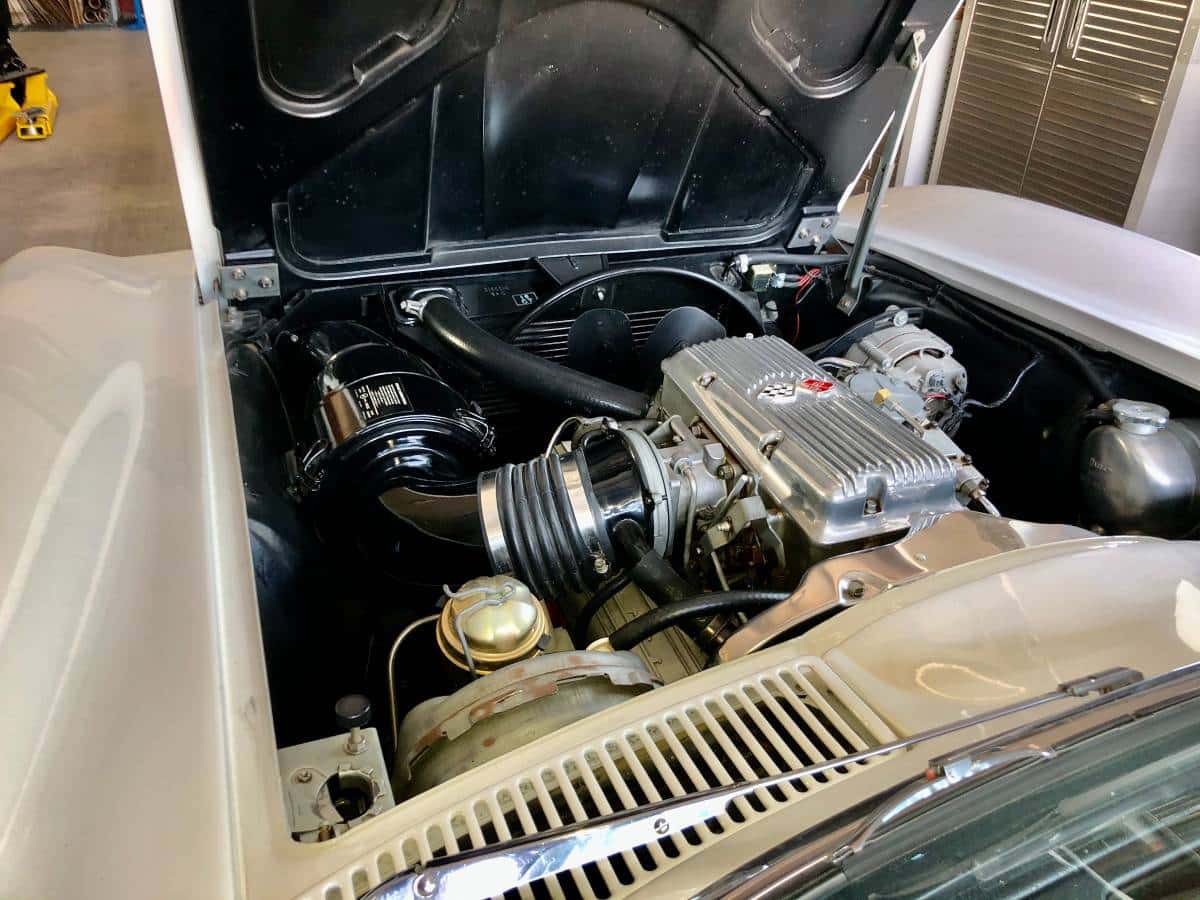 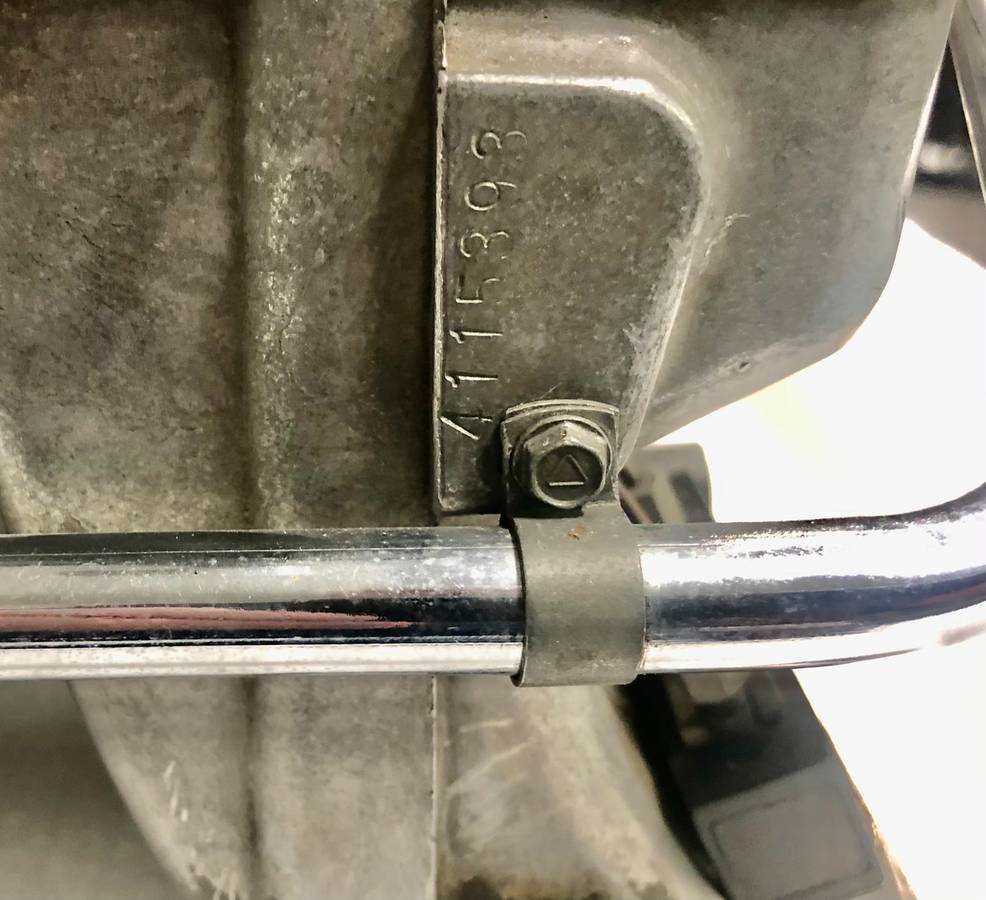 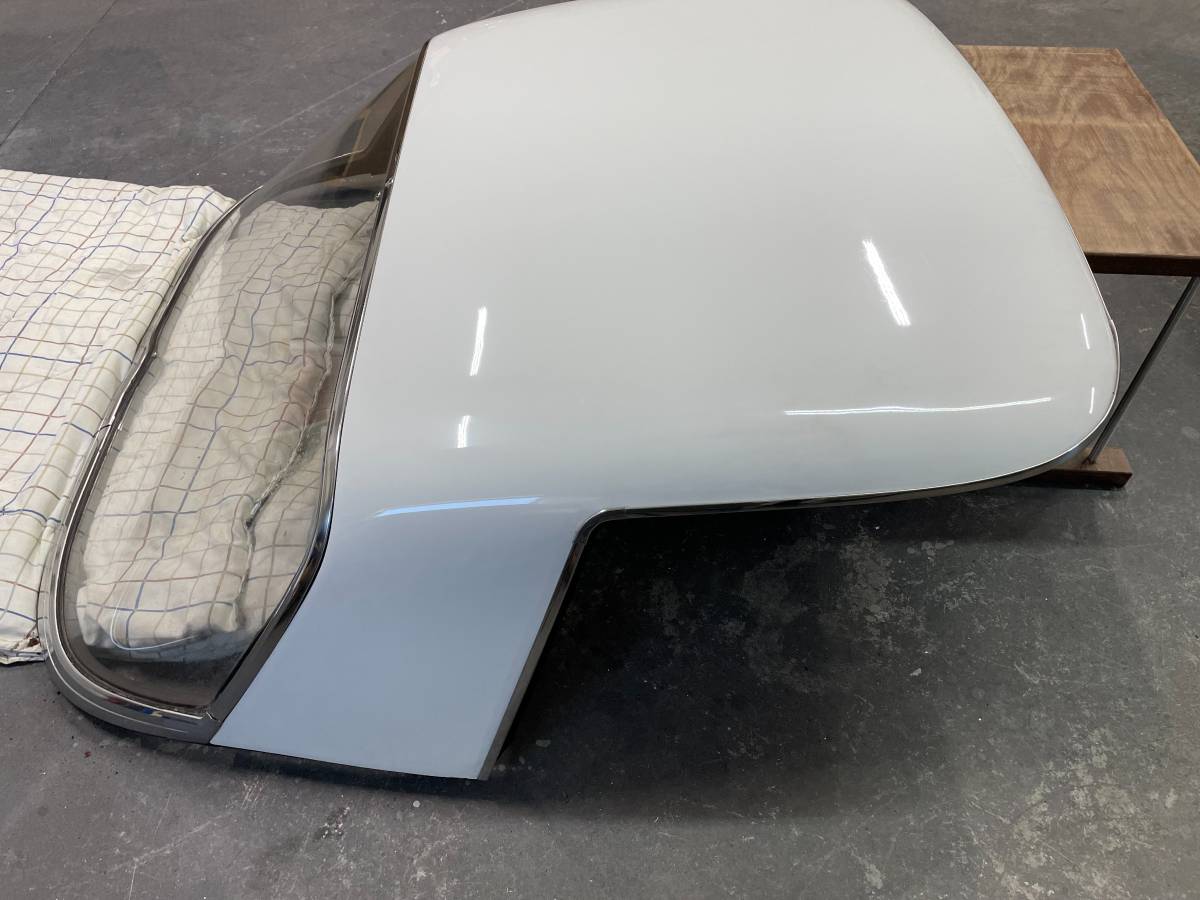 In the world of C2 Corvettes (i.e., those produced between 1963 and 1967), 1964 has always been treated as the runt of the litter, mainly because it was the final year the car came standard with drum brakes and did not yet offer big block power.  In fact, that year, Corvettes came with only one engine size (327 cubic inches) in various output levels.  Standard was a 250 horsepower version, while two other four-barrel-topped versions came rated at 300 horsepower (RPO L75) for $53.80 or a 365 horsepower (RPO L76) version for an extra $107.60. Topping out the range was the fuel-injected L84 327, rated at 375 horsepower. Entry into this option cost a staggering $538.00 extra on a car with a base price of $4,037.  Consequently, the take rate of the finicky Rochester fuel injection system was down to just under six percent by 1964, the last full model year the system was available.

This 1964 Corvette, originally listed in July 2022 on Craigslist in Boise, Idaho, is among the 1,325 1964 Corvettes factory equipped with L84.  Additionally, the original owner specified 4:11 gears, leather-covered seats, and a desirable removable hardtop. The seller reports that while the engine block is not original, “all of the little things add up to this being a real fuelie.”

Currently offered for $69,000, Classic.com, the analytics and search engine for the collector car market, confirms the ask is slightly below the one-year rolling average of this guide’s summary for L84-equipped 1964 Corvettes.  By clicking on the green dots in the graph below, you can navigate to each comparable car sold as a way to help you evaluate the price of the truck featured here:

As a second data point, the  Collector Car Market Review Online Tool reveals the seller’s ask falls between this guide’s #2 Very Good” estimate of $62,500 and its #1 “Excellent” appraisal of $86,000 before factoring in a nearly thirty percent premium for the combination of the fuel injected motor, leather seats, and two tops.

In 1964 Chevrolet made only evolutionary changes to the Corvette. Besides the coupe’s backbone window, the two simulated air intakes were eliminated from the hood, though their indentations remained. Also, the decorative air-exhaust vent on the coupe’s rear pillar was made functional, but only on the left side. The car’s rocker-panel trim lost some of its ribs and gained black paint between those ribs that remained; wheel covers were simplified, and the fuel filler/deck emblem gained concentric circles around its crossed-flags insignia. Inside, the original color-keyed steering wheel rim was now done in simulated walnut.

A few suspension refinements were made for 1964. The front coil springs were changed from constant-rate to progressive or variable-rate and were more tightly wound at the top, while the leaf thickness of the rear transverse spring was also altered thus providing a more comfortable ride with no sacrifice in handling. Shock absorbers were reworked toward the same end. The 1964 Corvette arrived with a new standard shock containing within its fluid reservoir a small bag of Freon gas that absorbed heat. Chevy added more sound insulation and revised body and transmission mounts for the 1964 Corvette. It also fitted additional bushings to quiet the shift linkage and placed a new boot around the lever. The result was a more livable car for everyday transportation.

Drivetrain choices remained basically as before but the high-performance pair received several noteworthy improvements. The solid-lifter unit was driven with a high-lift, long-duration camshaft to produce 365 hp (272 kW) and breathed through a big four-barrel Holley carburetor instead of the base engine’s Carter unit. The fuel-injected engine also gained 15 horsepower (11 kilowatts), bringing its total to 375 hp (280 kW), but at a then-hefty $538.00. Although transmission options remained ostensibly the same for 1964, the two Borg-Warner T-10 four-speeds gave way to a similar pair of gearboxes built at GM’s Muncie, Indiana, transmission facility. Originally a Chevy design, it had an aluminum case like the Borg-Warner box but came with stronger synchronizers and wider ratios for better durability and drivability. If enthusiast publications liked the first Sting Ray, they loved 1964, though some writers noted the convertible’s tendency to rattle and shake on rough roads. Sales of the 1964 Sting Ray reached 22,229 -— another new Corvette record, if up only a little from banner-year 1963. Coupe volume dropped to 8304 units, but convertible sales more than compensated, rising to 13,925.

The MJDart YouTube Channel features this slide show of vintage photographs showing the assembly process of the 1963 Corvette:

Based on the seller’s description, this 1964 Chevrolet Corvette convertible is a nicely optioned and sorted driver quality example that you can actually enjoy taking out of your garage.

“Very nice 1964 Corvette. 375 HP Fuel Injected 327. Solid frame. Solid car. Drives as new. Original body panels and bonding strips in place. No obvious body repair other than what looks to be a crack repair by one rear bumper mount. The paint is older but VERY nice, as is the leather interior. Cars & Coffee ready!

The previous owner of 33 years was out of California. It was his baby. Still have the black and gold CA plates and a copy of the CA pink slip.

Engine rebuilt but no paperwork. The solid lifters sound like a symphony. Has an 870 block dated 1964 but not the original. The FI plenum does have the serial # stamped in the front as it should. The air cleaner is metal and correct. All of the little things add up to this being a real fuelie. Original Muncie and 4:11 posi rear. Transmission shifts perfectly. No odd noises anywhere.

The windshield is nice.
Chrome and stainless are extra nice
New tires

Have too many cars at the moment so no trades.

If this ad is still up, the car is available.“

Show or go: What would you do with this restored 1964 Chevrolet Corvette Convertible?  Please comment below and let us know!