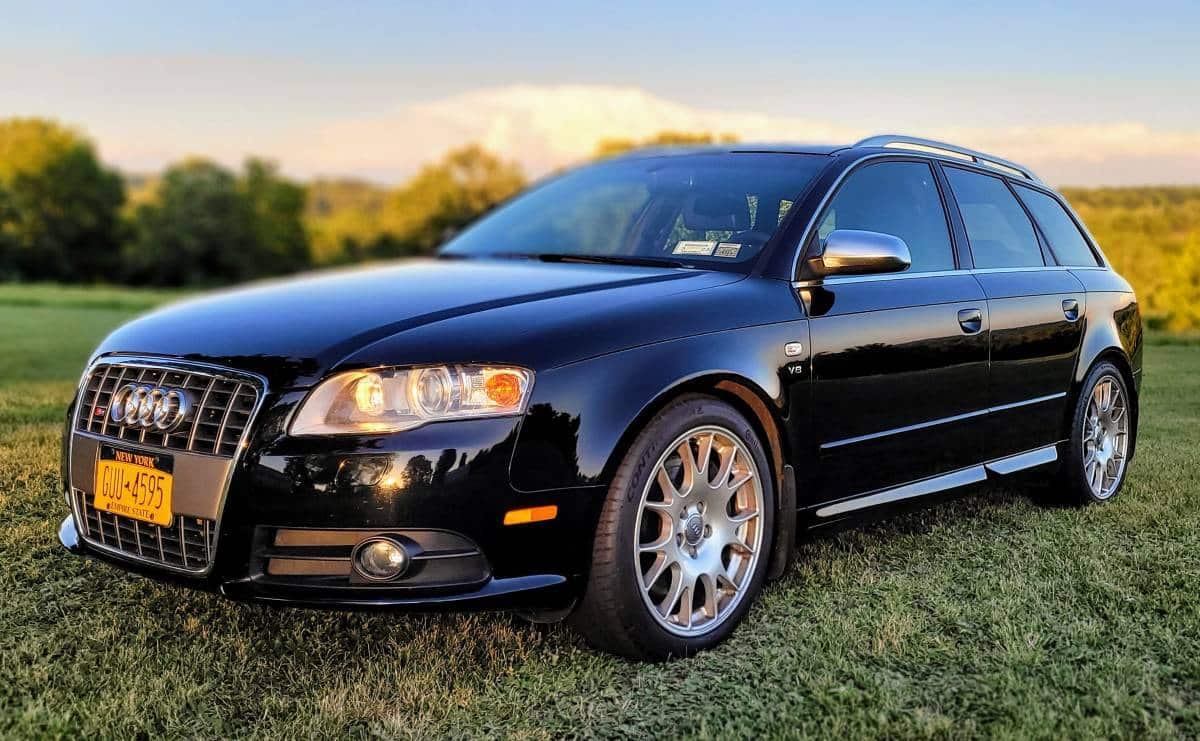 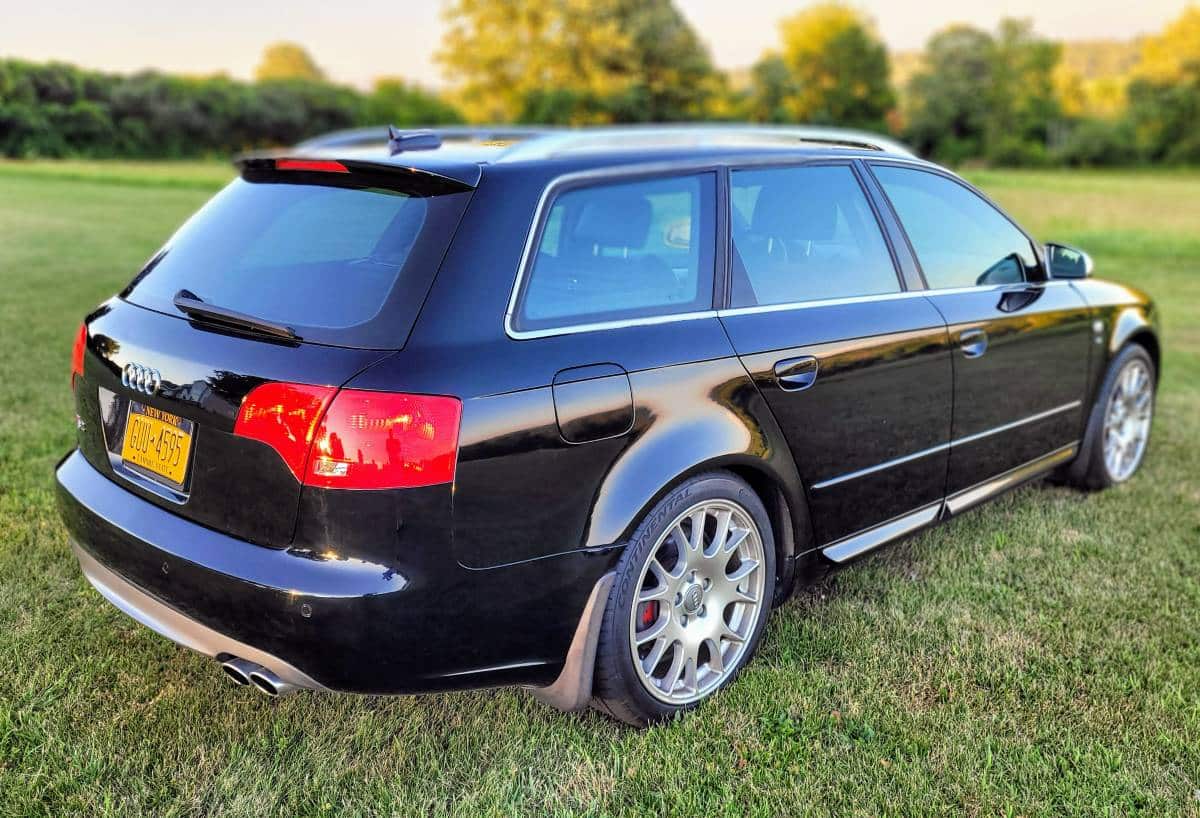 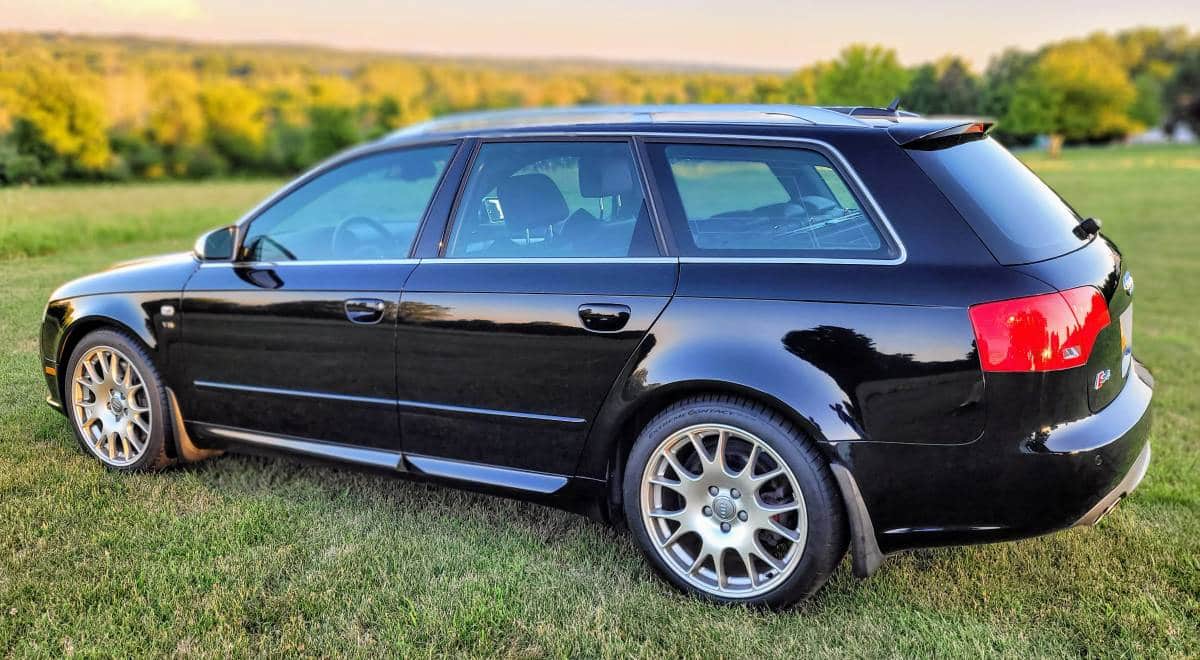 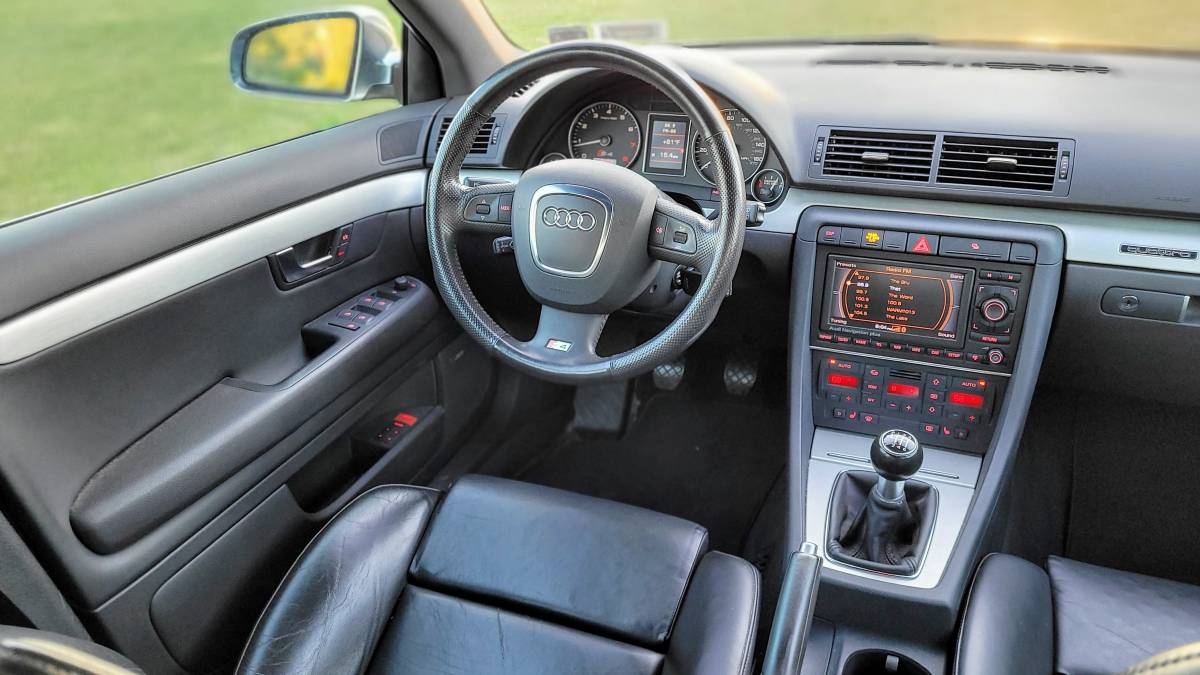 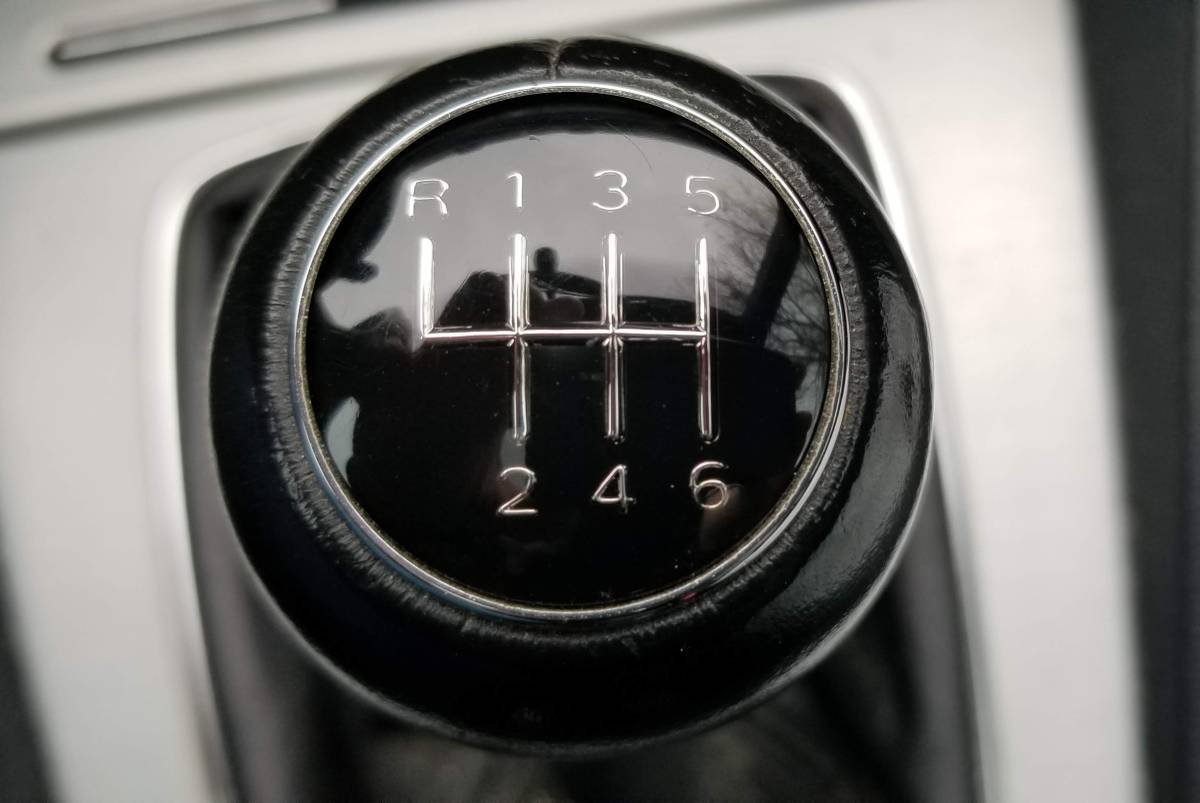 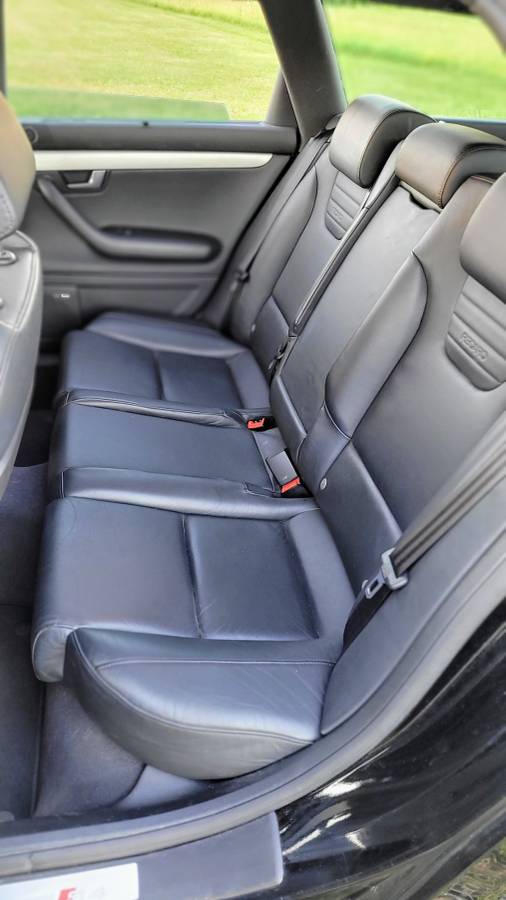 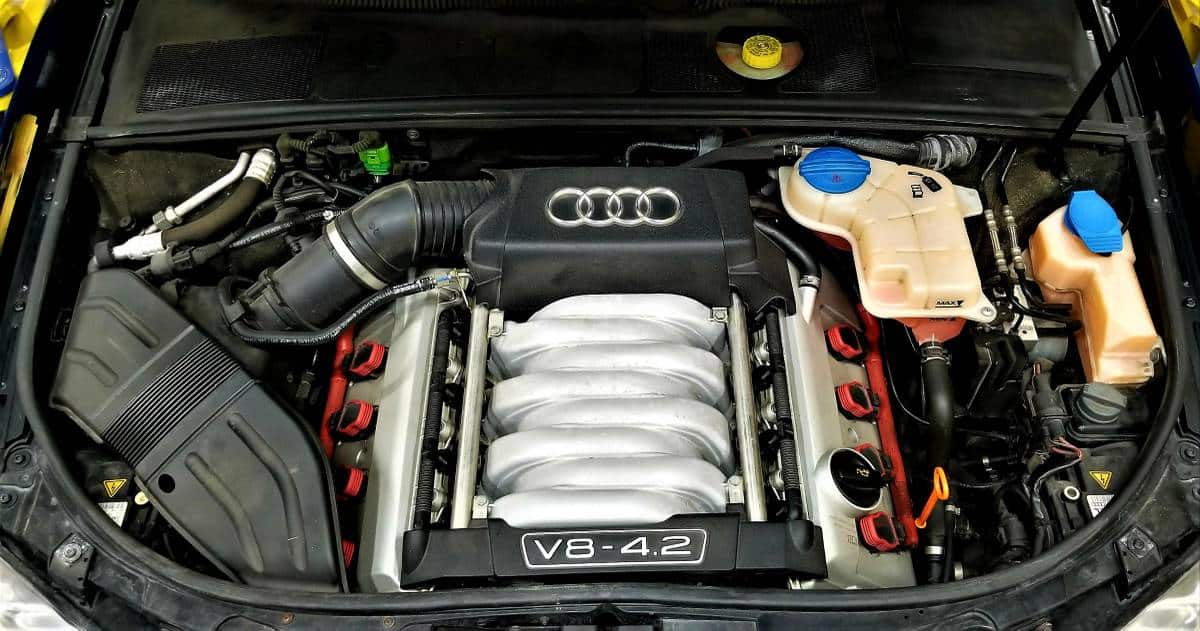 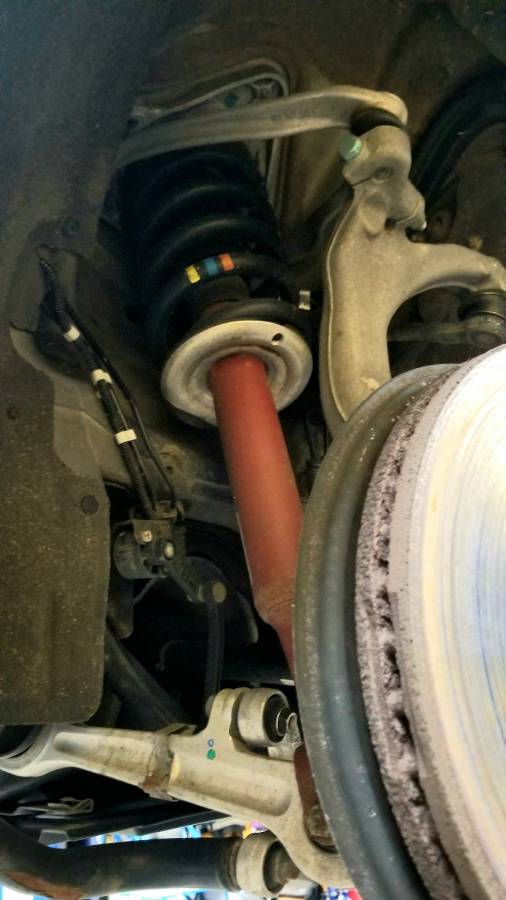 September 7, 2022, Update – We just confirmed the listing for this “Classifind” expired, so with no replacement found, we’re assuming this ride is “Sold?” While this one got away, please reach out either by email or call us directly if you’d like to be informed when we come across something similar.

Even though it can sometimes be hard to remember a day when manufacturers were willing to sell a hot-rod wagon here, it wasn’t all that long ago that Audi sent us an S4 Avant with a manual gearbox. The seller claims his car – a 2006 model originally listed in July 2022 on Craigslist in Buffalo, NY, with just under 80,000 miles – is one of only 23 Avants shipped to the U.S.A. in this specific configuration. We’d believe it, given how rarely they show up for sale these days, and the seller is asking $18,700 for his car. Checking out the Classic.com model page confirms the seller has priced his wagon fairly, with an average sale price of just under $20,000:

Over the last few months, I have somewhat unwittingly dipped my toe into rare Audi ownership not once but twice. I didn’t set out with any real goal of owning two of the harder-to-find models, but I don’t regret it; in fact, it showed me that Audi really does know how to build a compelling automobile. However, the sad state of affairs is such that Audi will no longer sell parts from its Heritage Parts collection to customers in North America, making it considerably difficult to track down that errant component that has failed on your early 90s Audi model. Therefore, if you’re looking for an enthusiast-grade vehicle that isn’t a six-figure purchase, cars like this S4 wagon with a honker of an engine under the hood and three pedals are definitely the way to go. Throw in the fact that it has a mildly sleeper-like appearance and gets even sweeter; thankfully, Audi will still sell you parts for a model such as this.

The VAG Technic YouTube Channel offers this video advice on what to look for when considering the purchase of a 4.2L V8-equipped Audi:

The seller’s wagon appears to be in very clean condition with Brilliant Black paint over a matching Ebony leather interior. The S4 of this era got you Recaro seating in both rows, with the front buckets obviously being heavily bolstered. The proportions were tidy, and even though it’s a wagon, you won’t feel like you’re in a large car. The Audi rides on attractive BBS wheels, and the seller includes a separate set of wheels mounted on snow tires. The mileage isn’t super low, but the cosmetics seem quite strong for a car with close to 80,000 miles on the clock. The S4, in general, is a bit of an under-the-radar car at the moment, likely due to so many of them becoming a project-car beater after years of abuse at the hands of younger drivers who like modifications. This wagon may very well be one of the best ones left for a price that is comfortably below typical market pricing.

“340 HP 4.2L V8 with all-wheel drive. Loaded with options such as leather, power everything, auto-dimming rear and side view mirrors, adaptive headlights, memory driver’s seat, and much much more.

This is a rare, 1 of 23, S4 Avant, 6-speed manual with Brilliant Black exterior and Ebony interior imported to the US in 2006 per Audi of America.

The Continental SportPlus summer tires on factory Audi BBS wheels have less than 3,000 miles on them, and it comes with a separate set of Michelin snow tires mounted on factory Audi wheels. Winter and summer floor mats too.

I’ve owned it since 2015. This is a fun car to drive year-round, and you will never see another one like it.

Never cheaper: is this the cheapest we’ll see on an S4 wagon before prices start to climb?