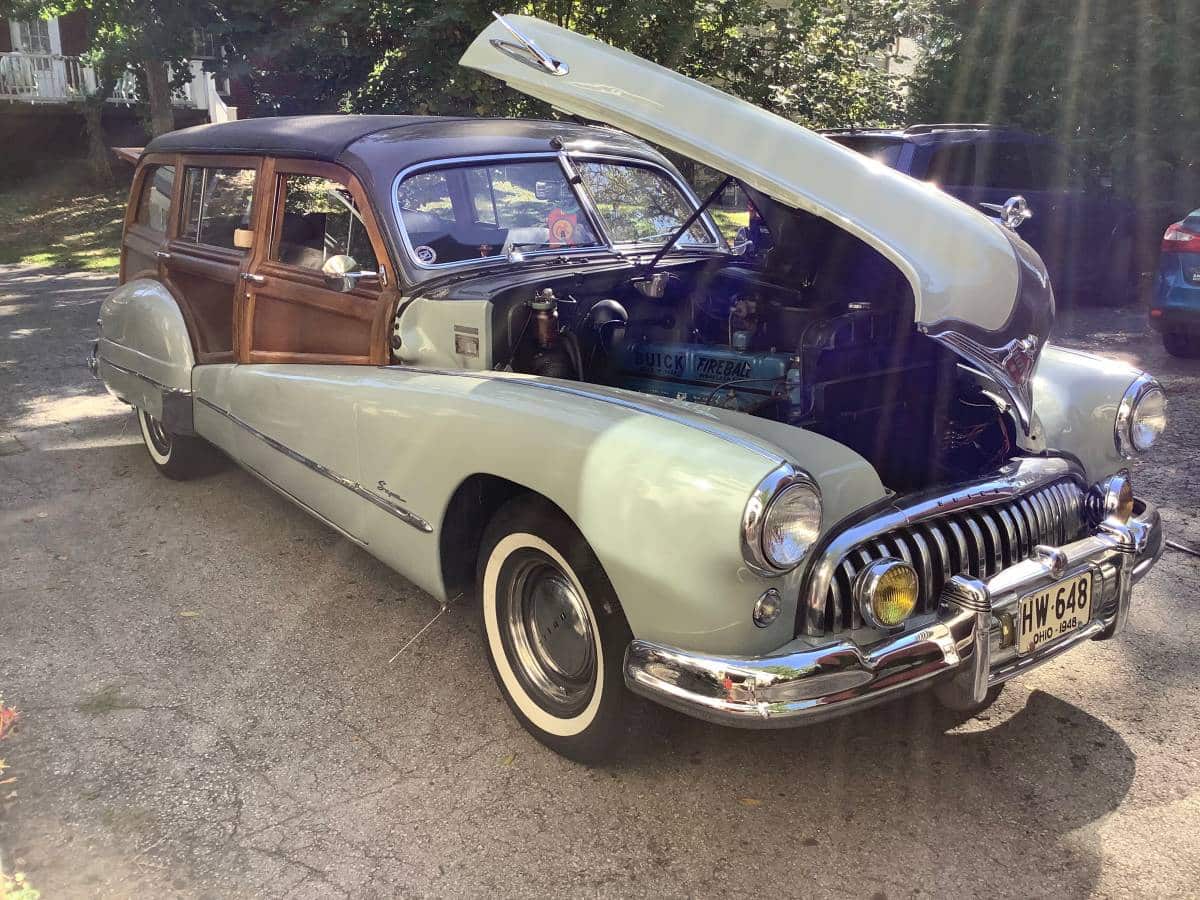 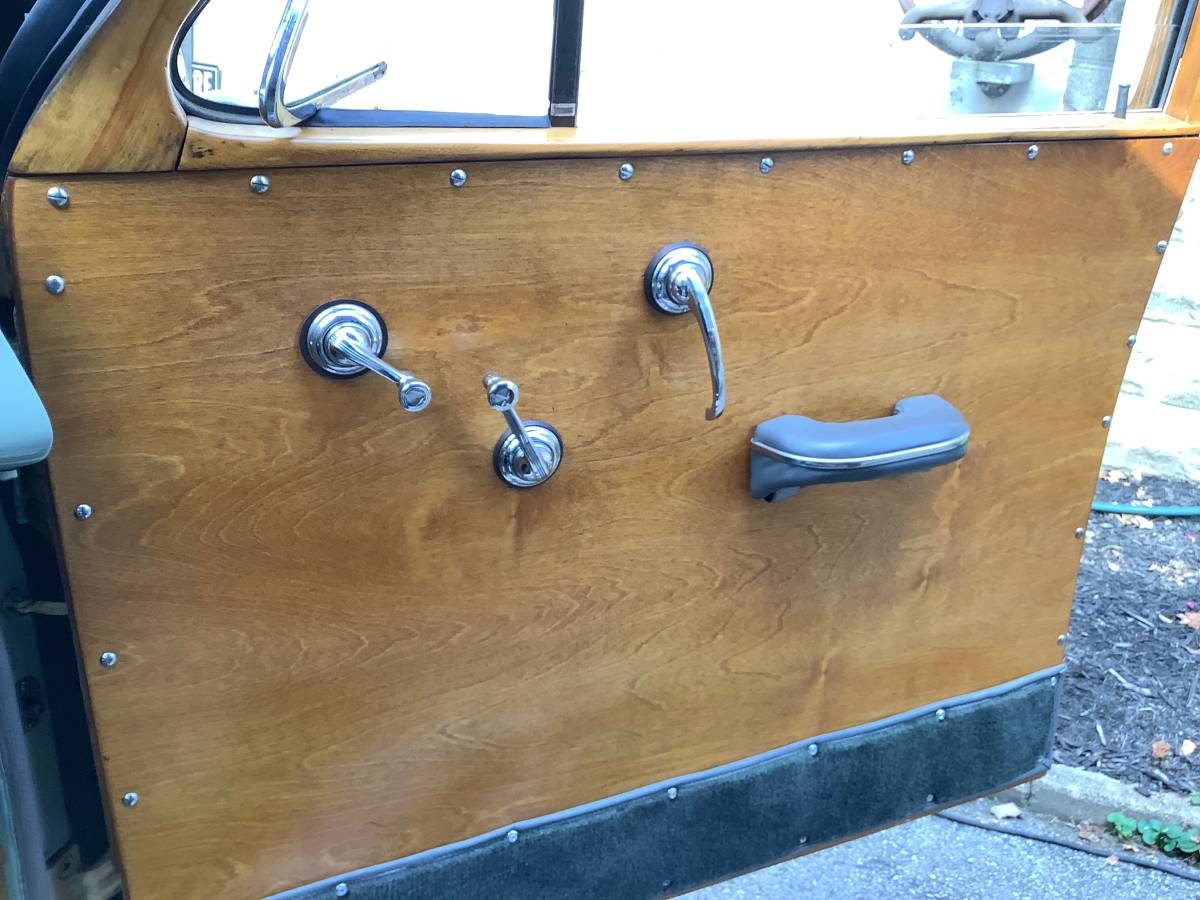 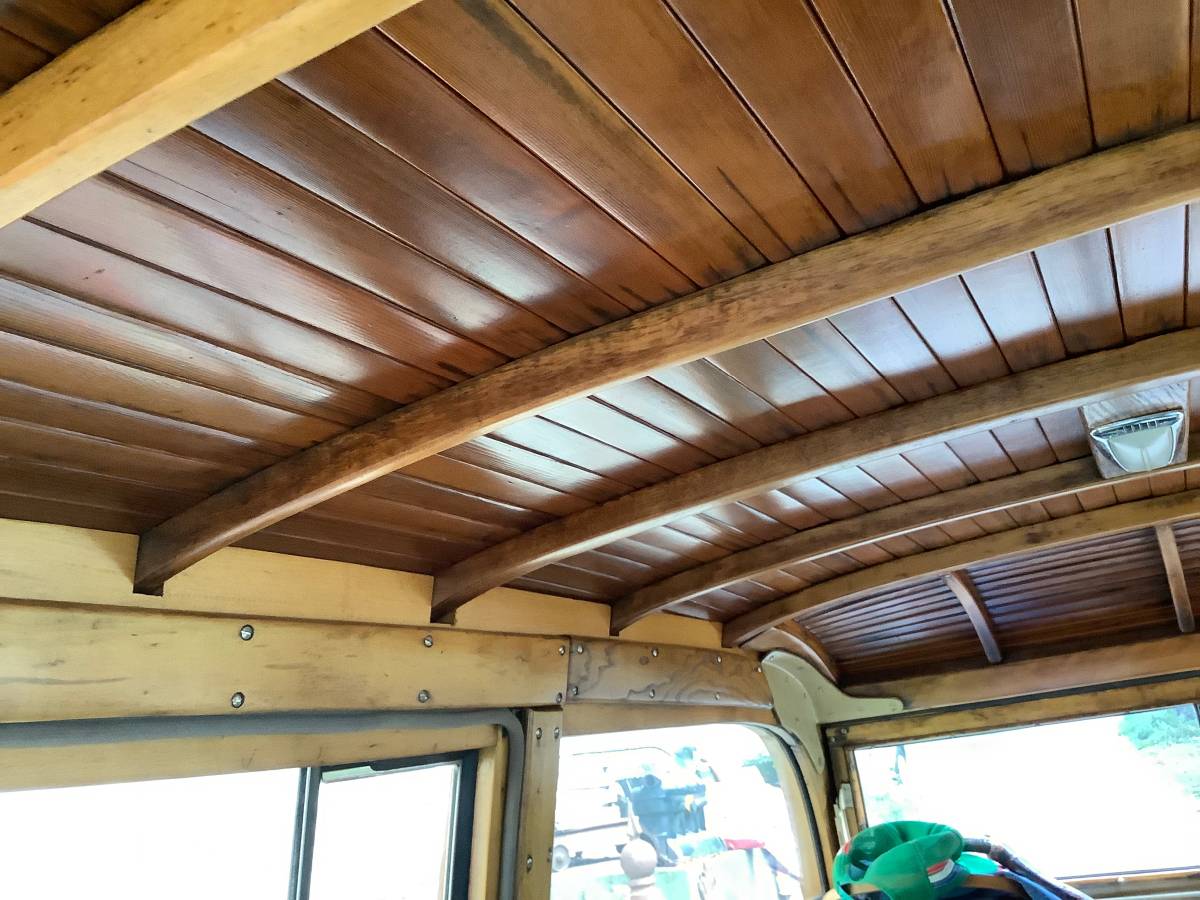 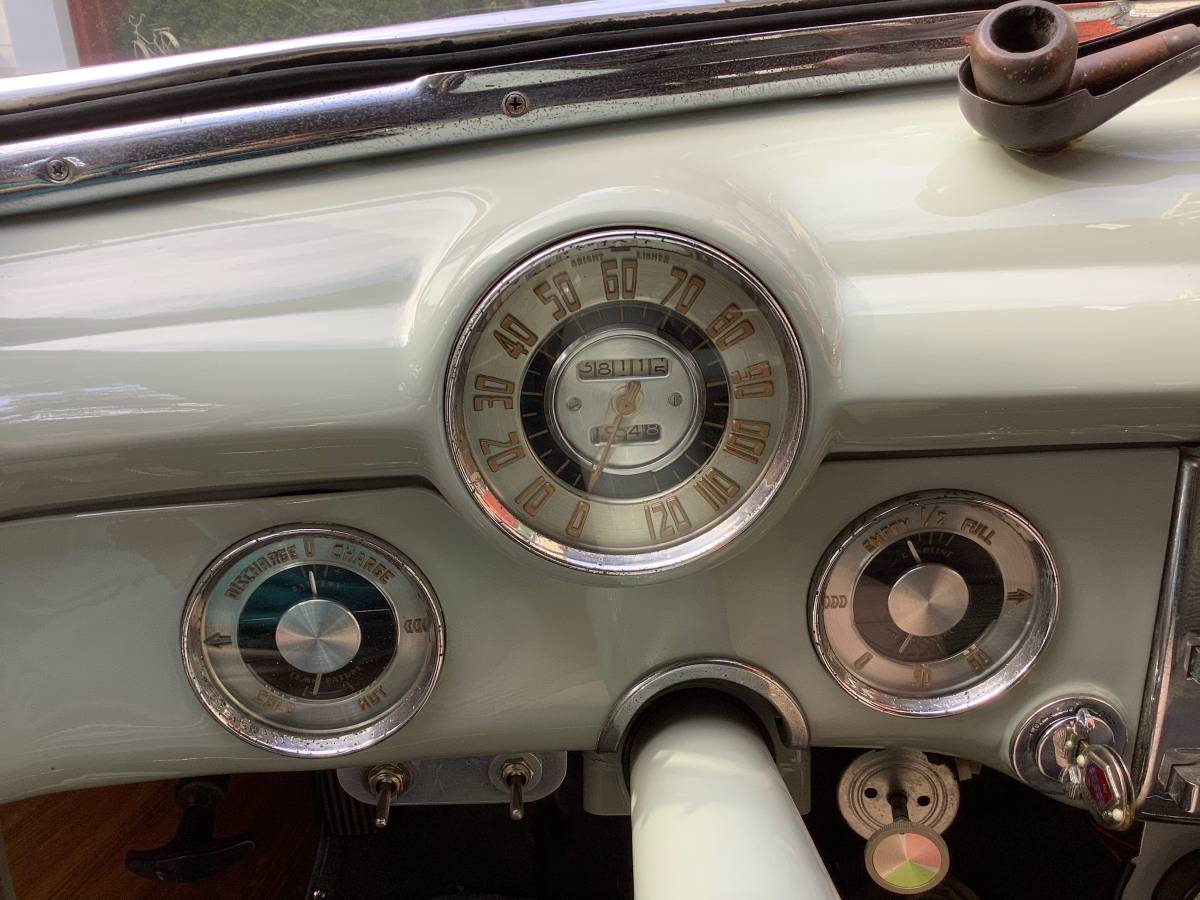 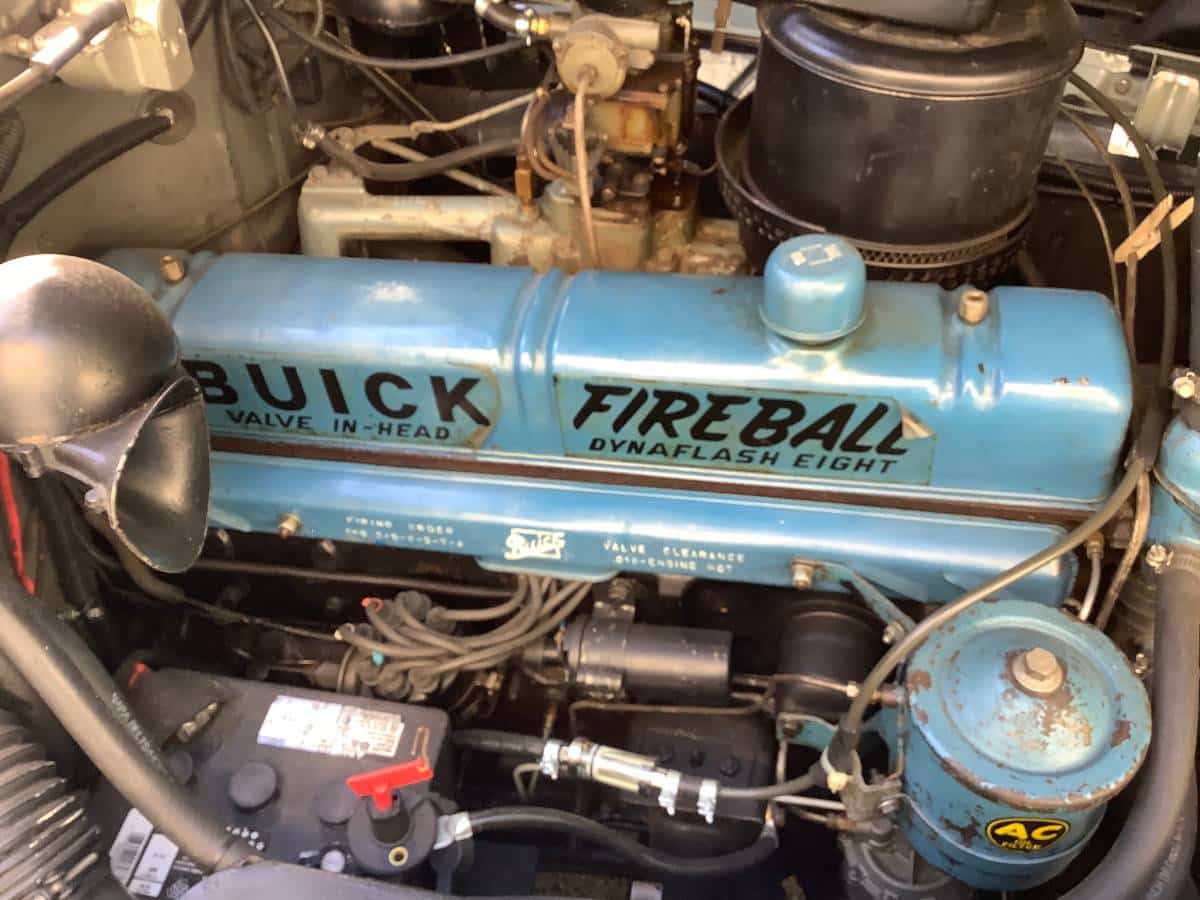 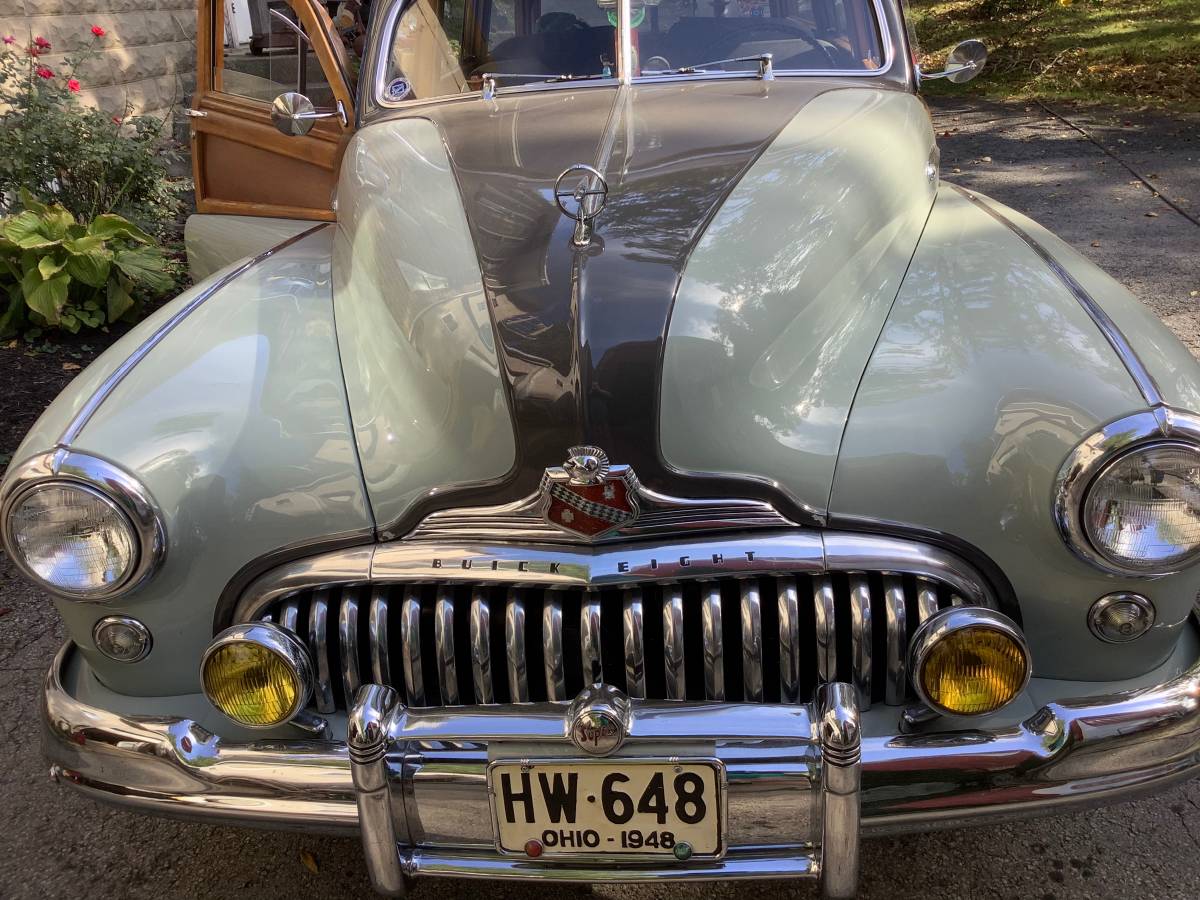 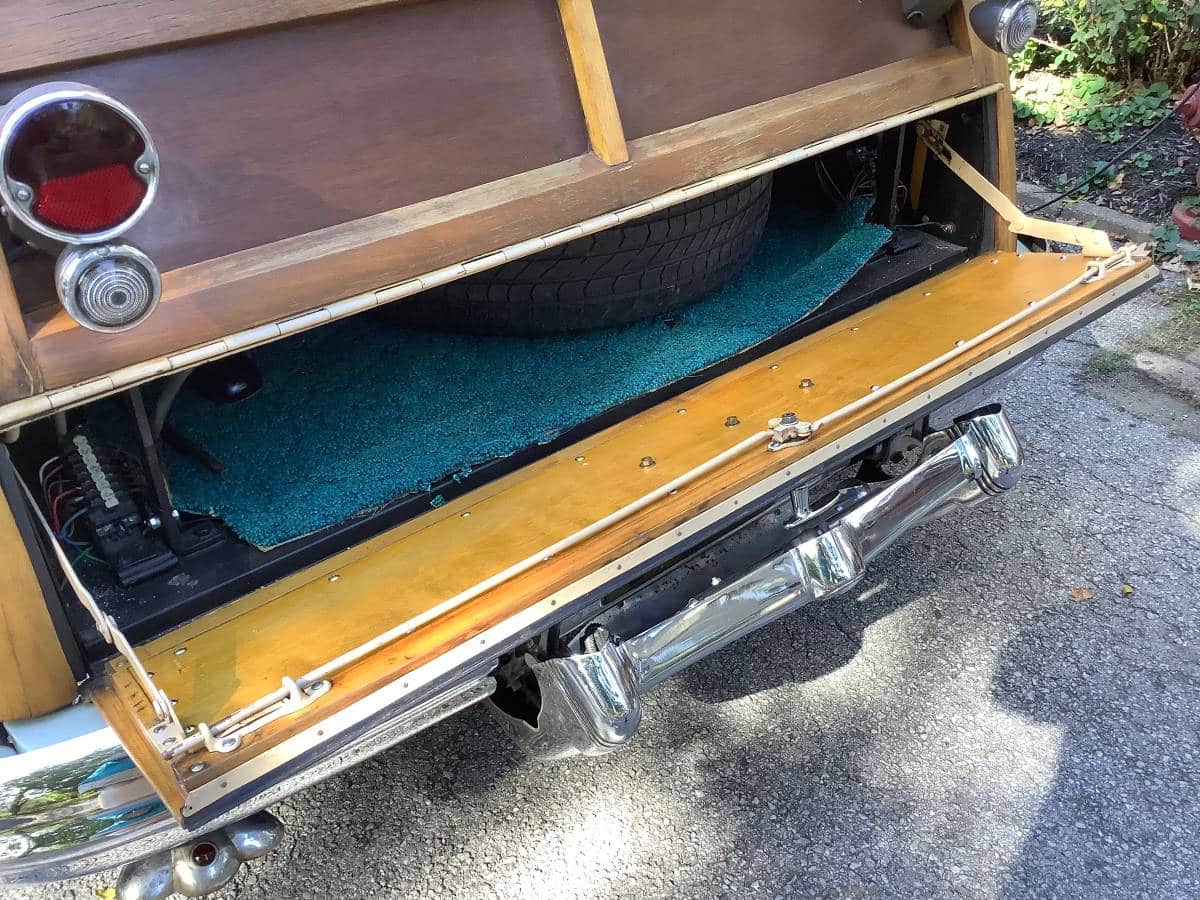 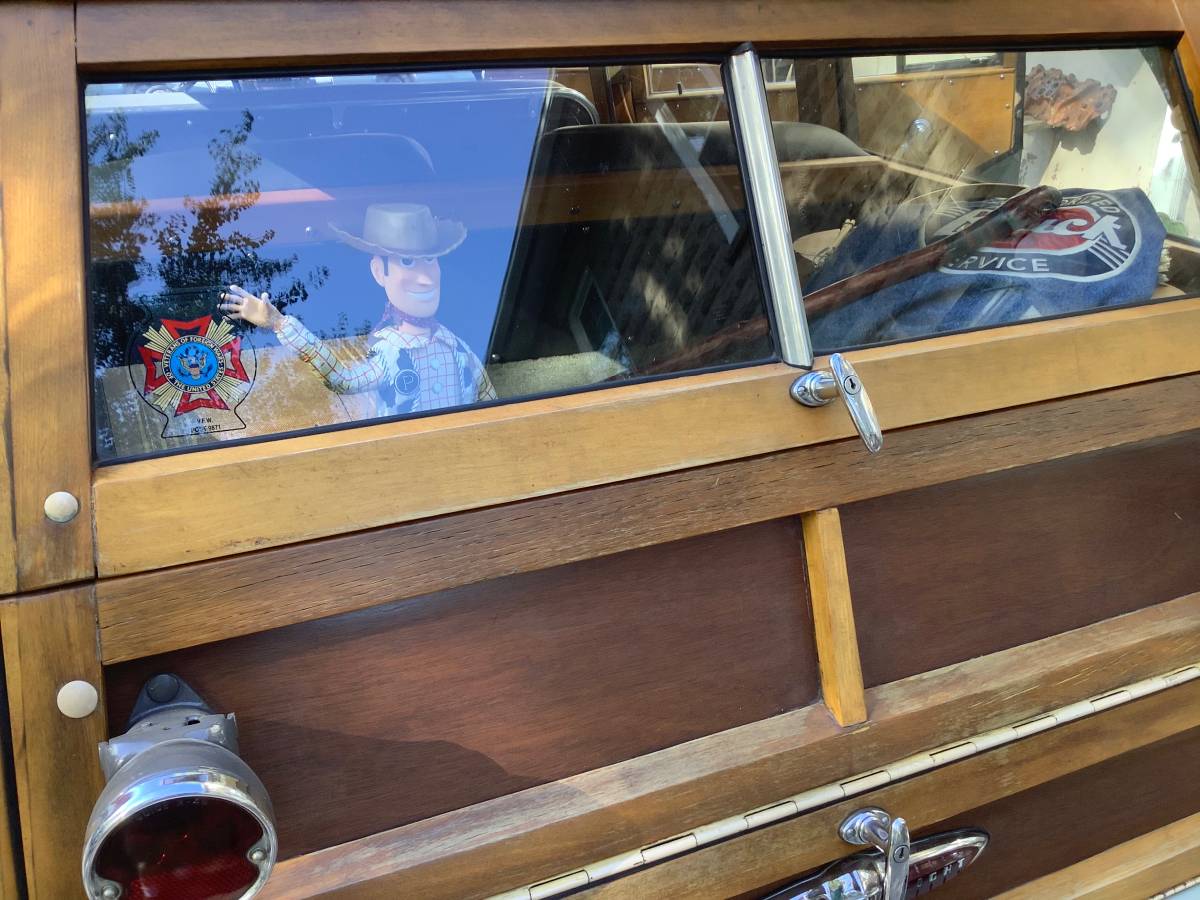 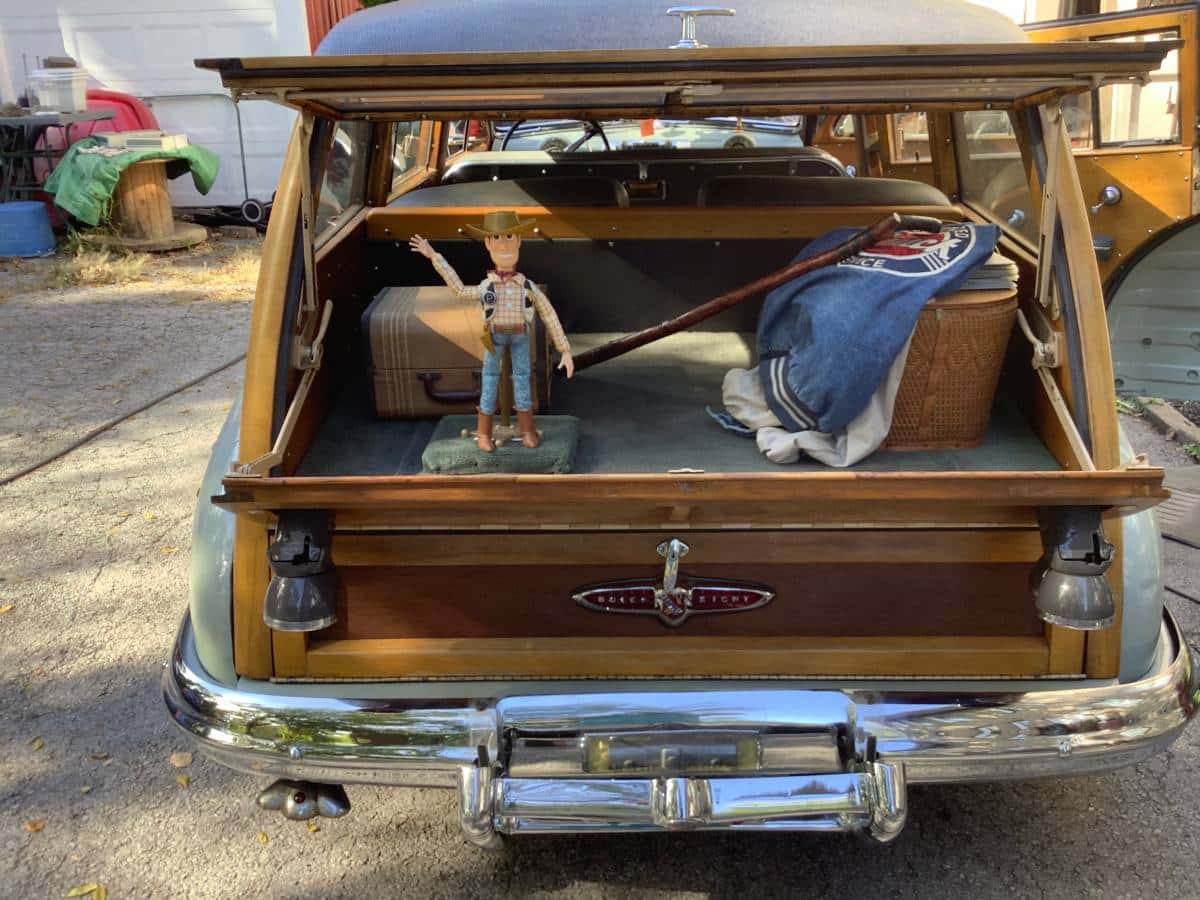 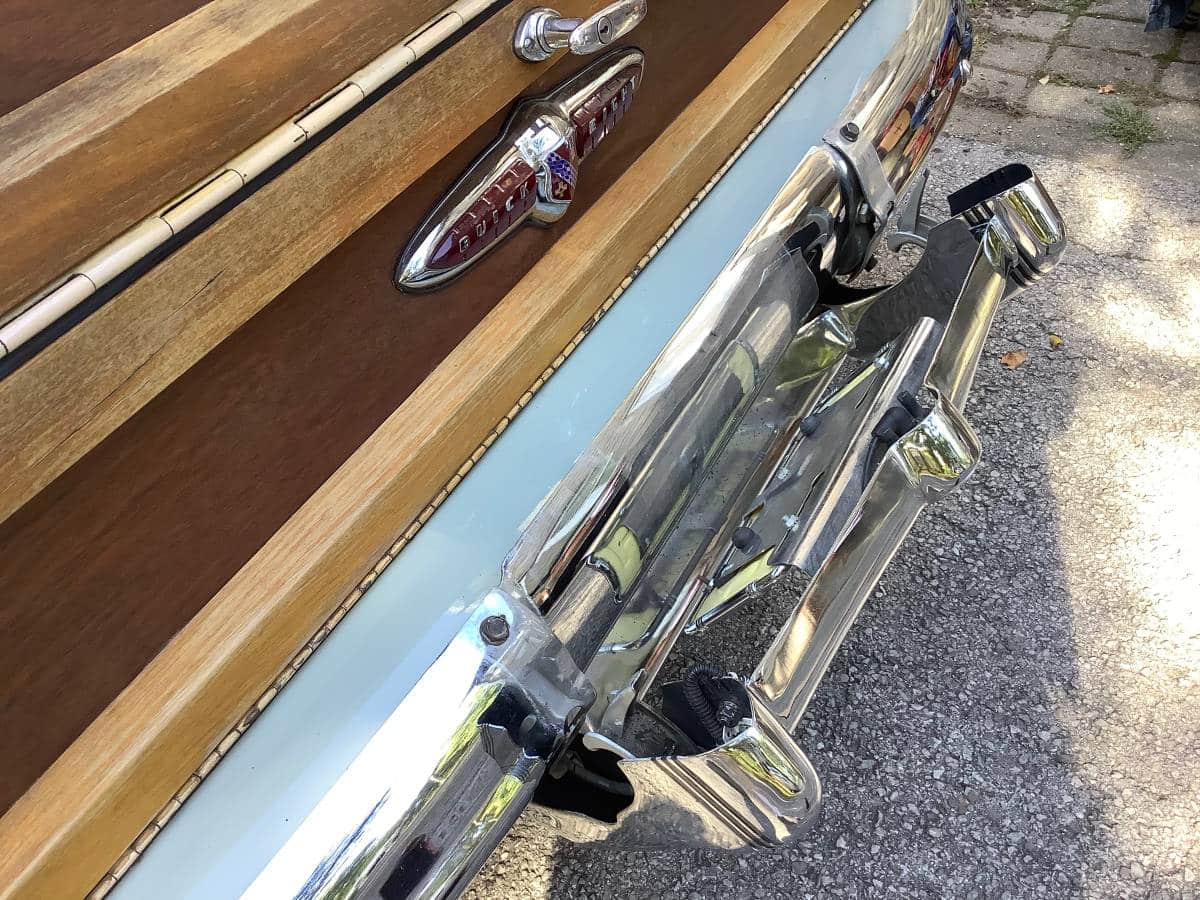 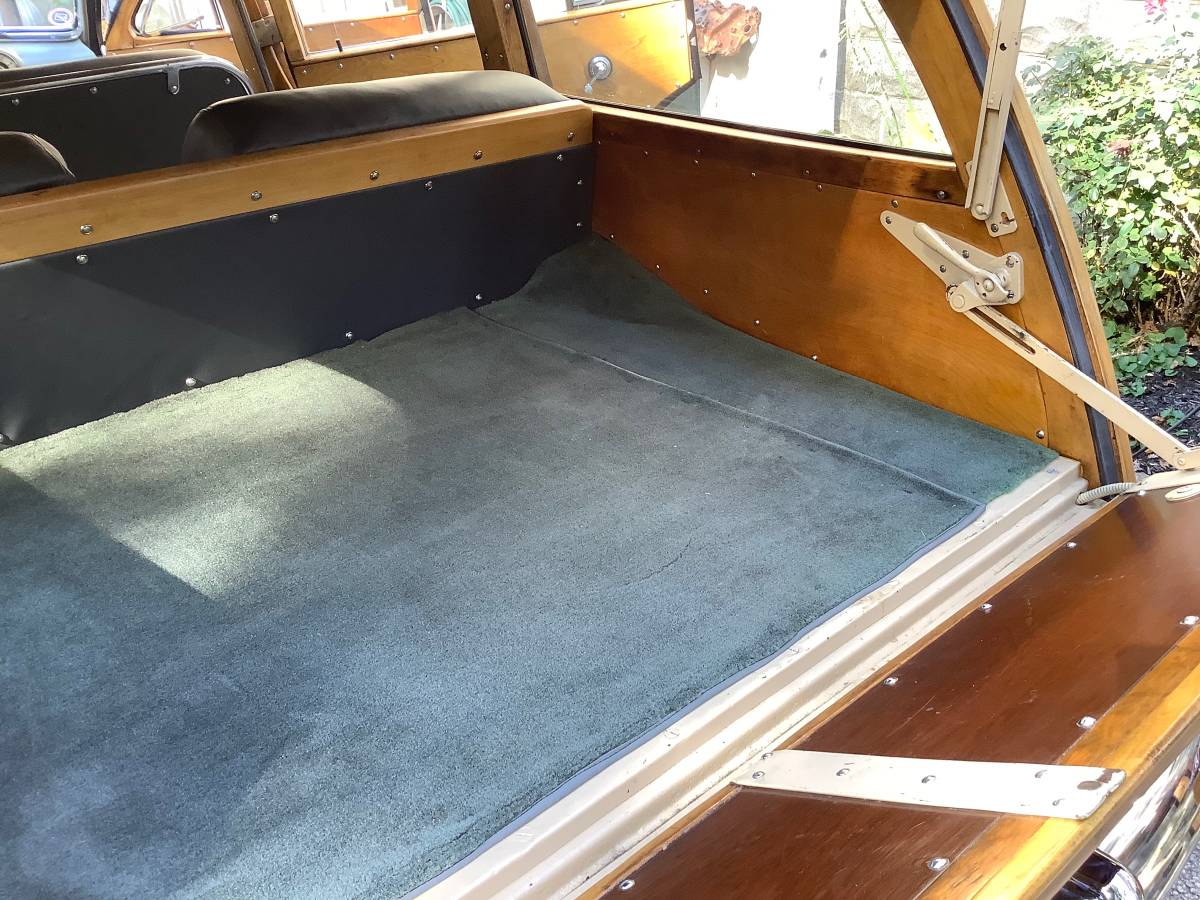 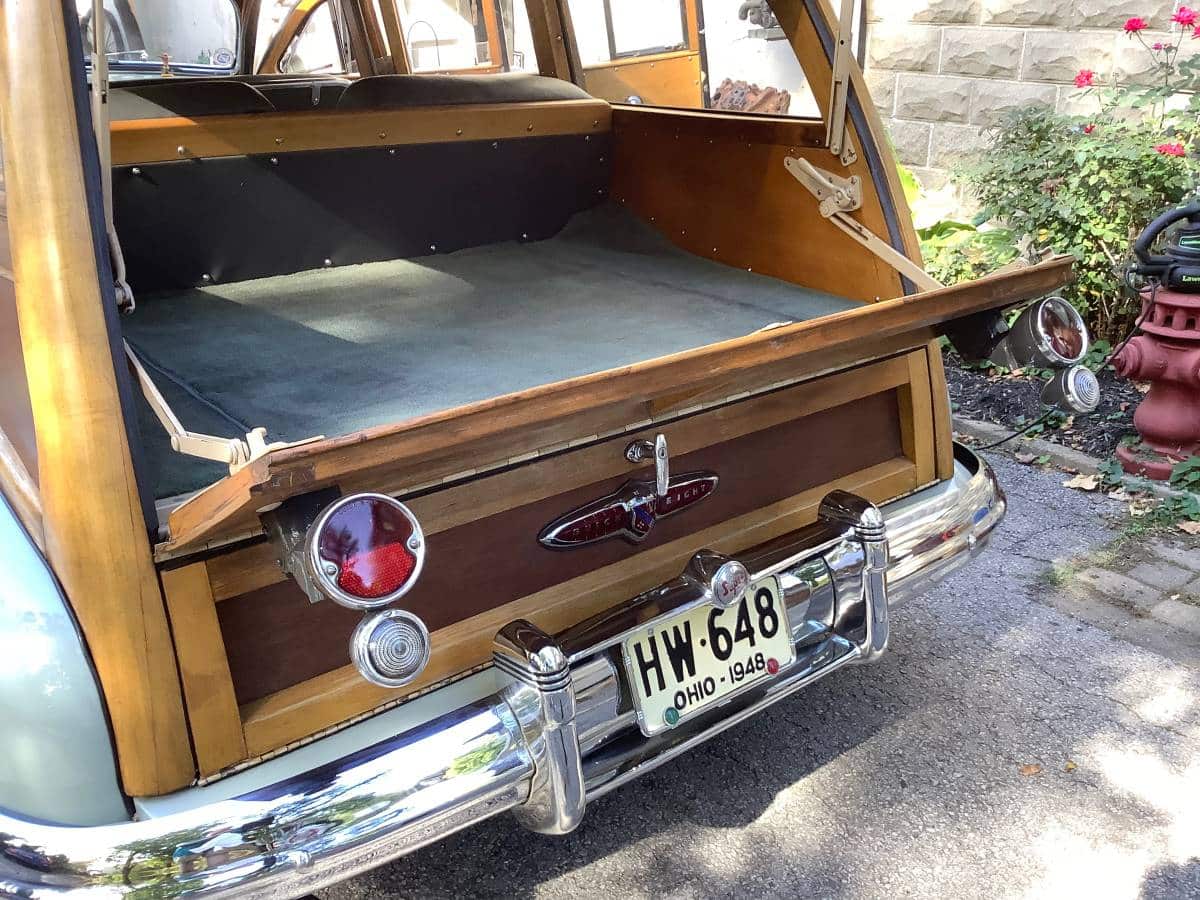 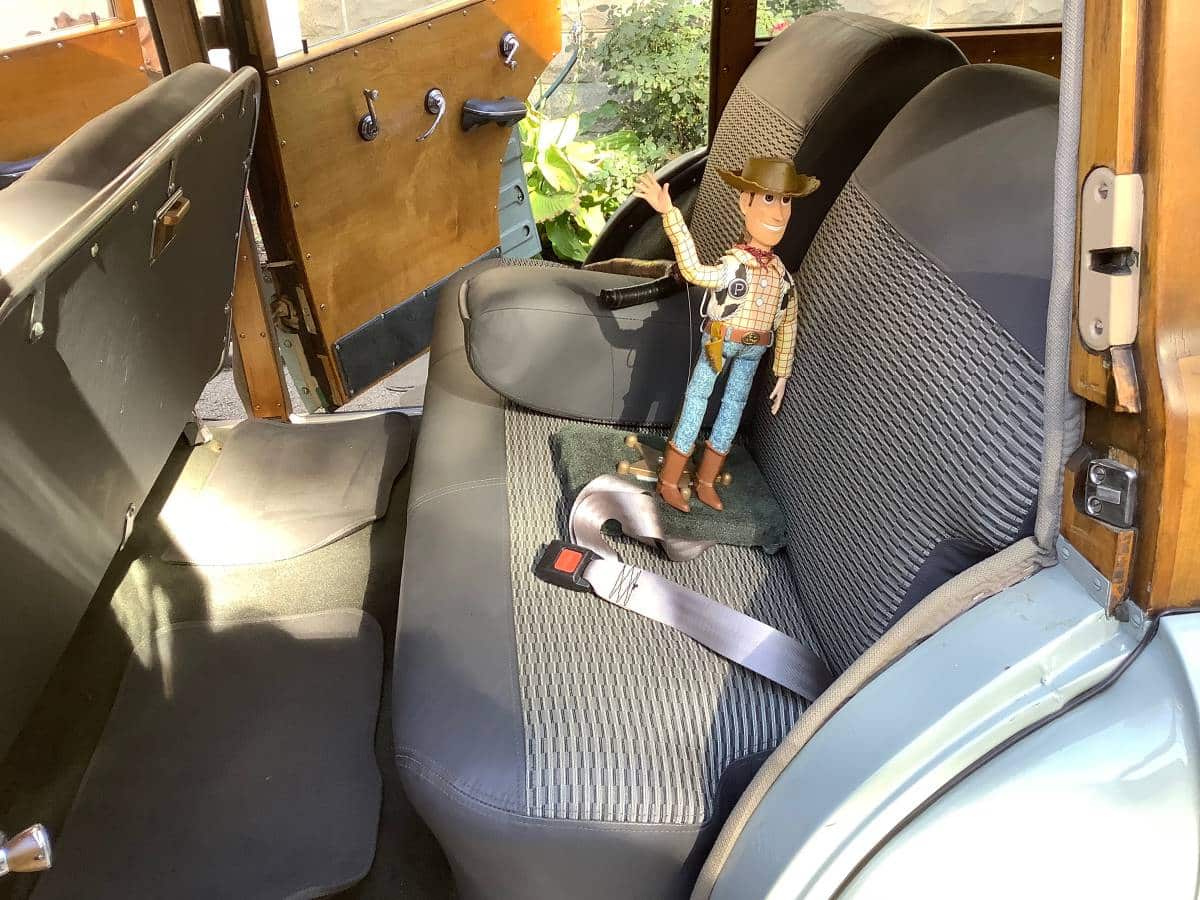 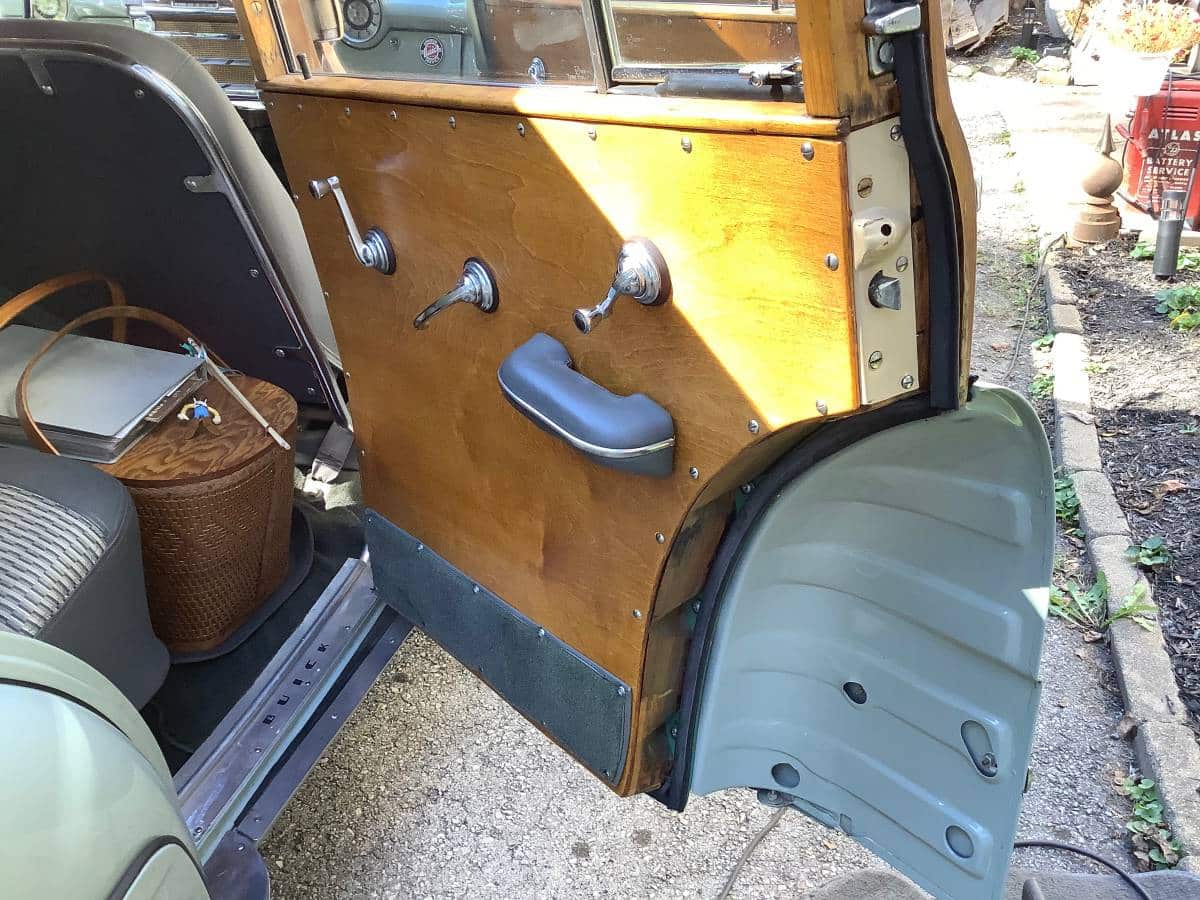 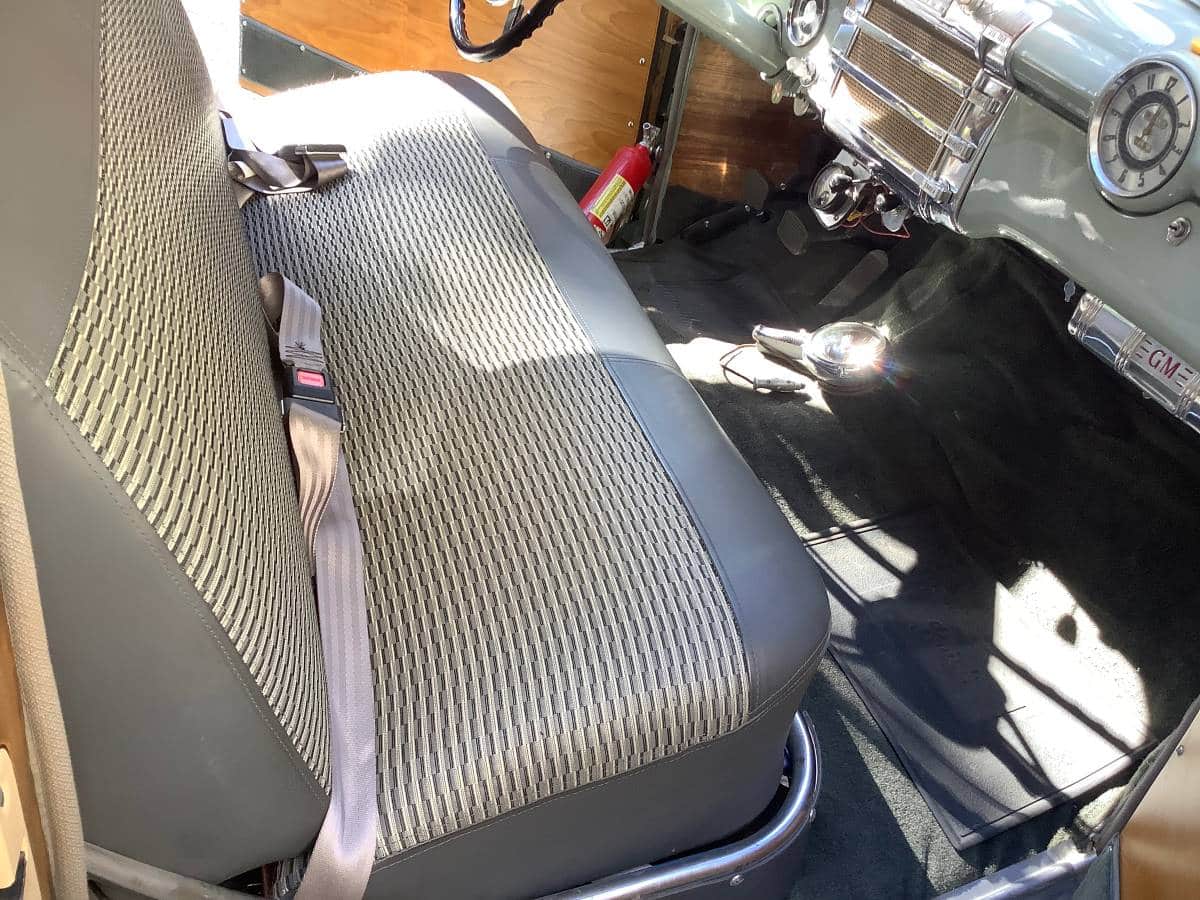 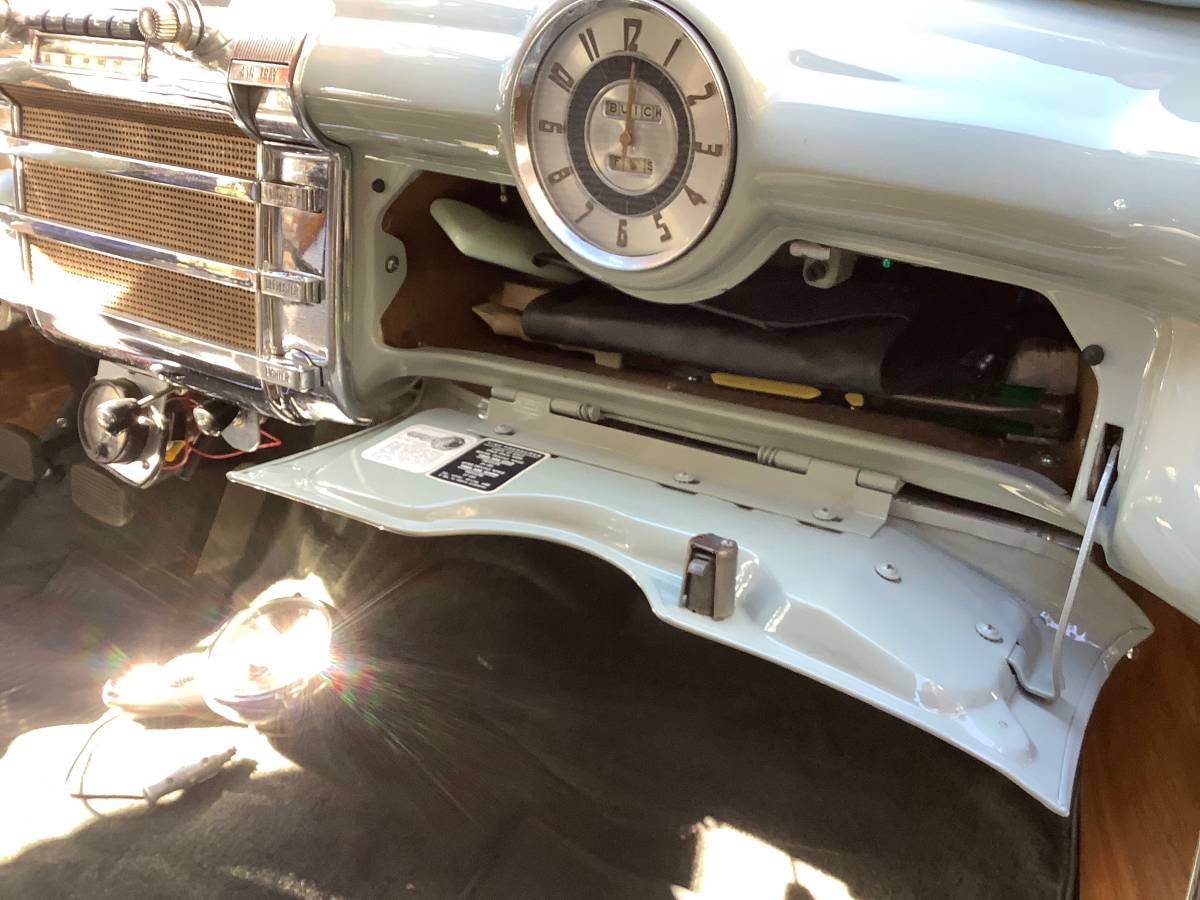 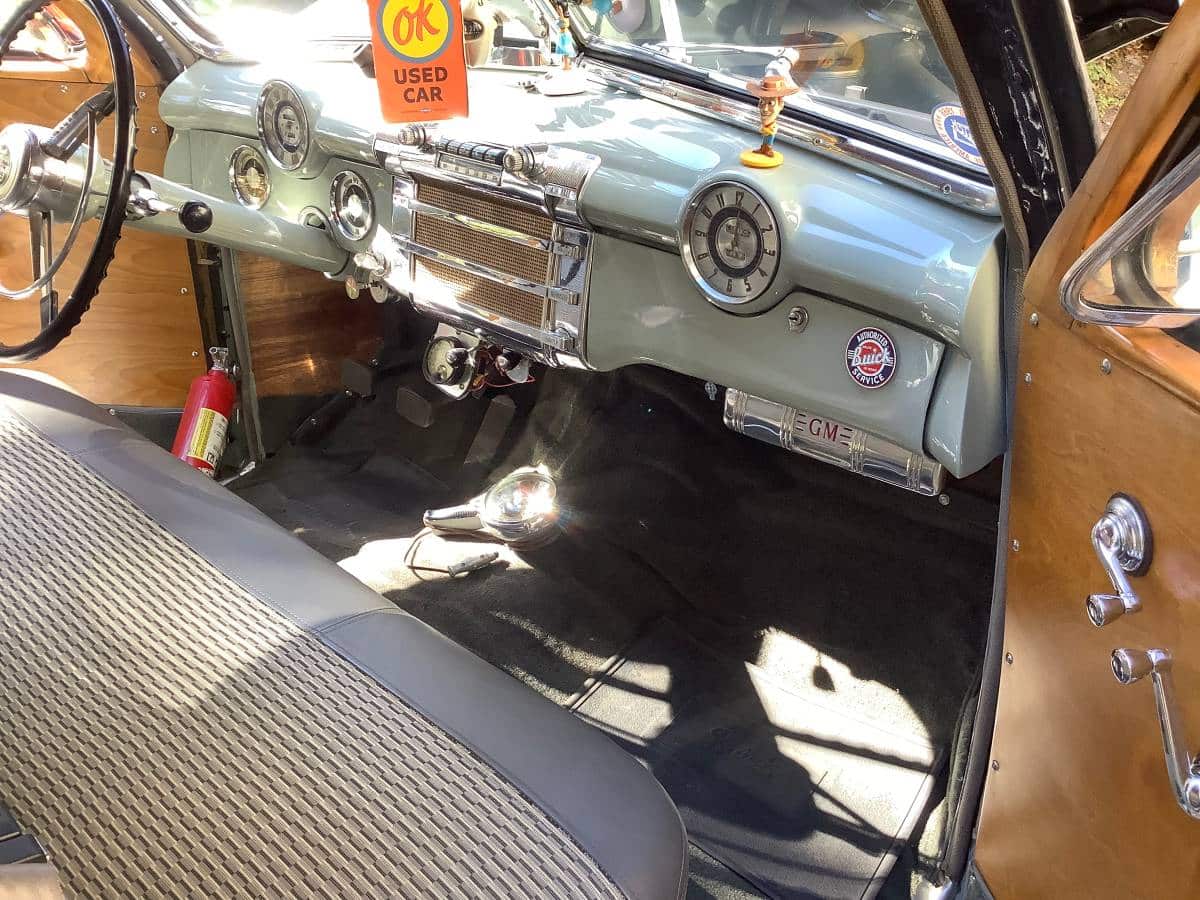 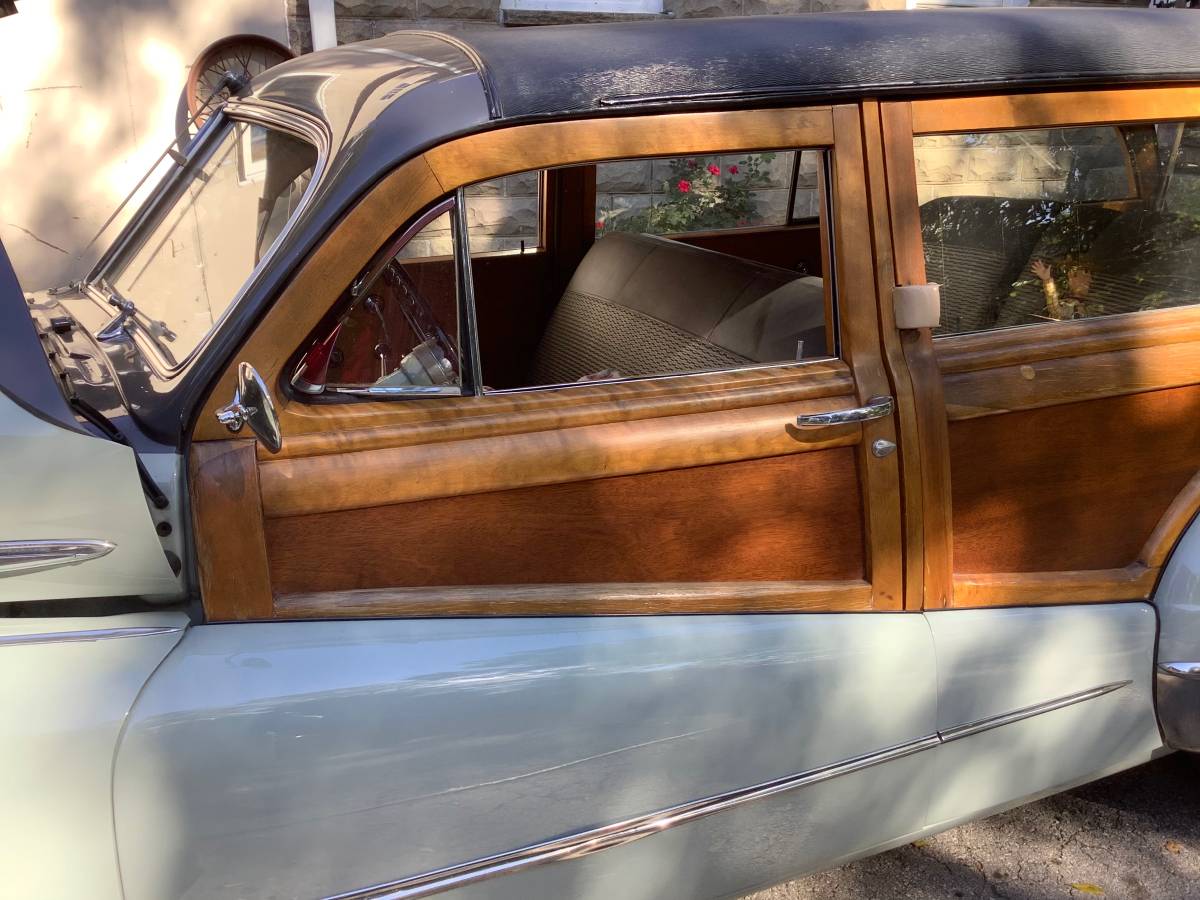 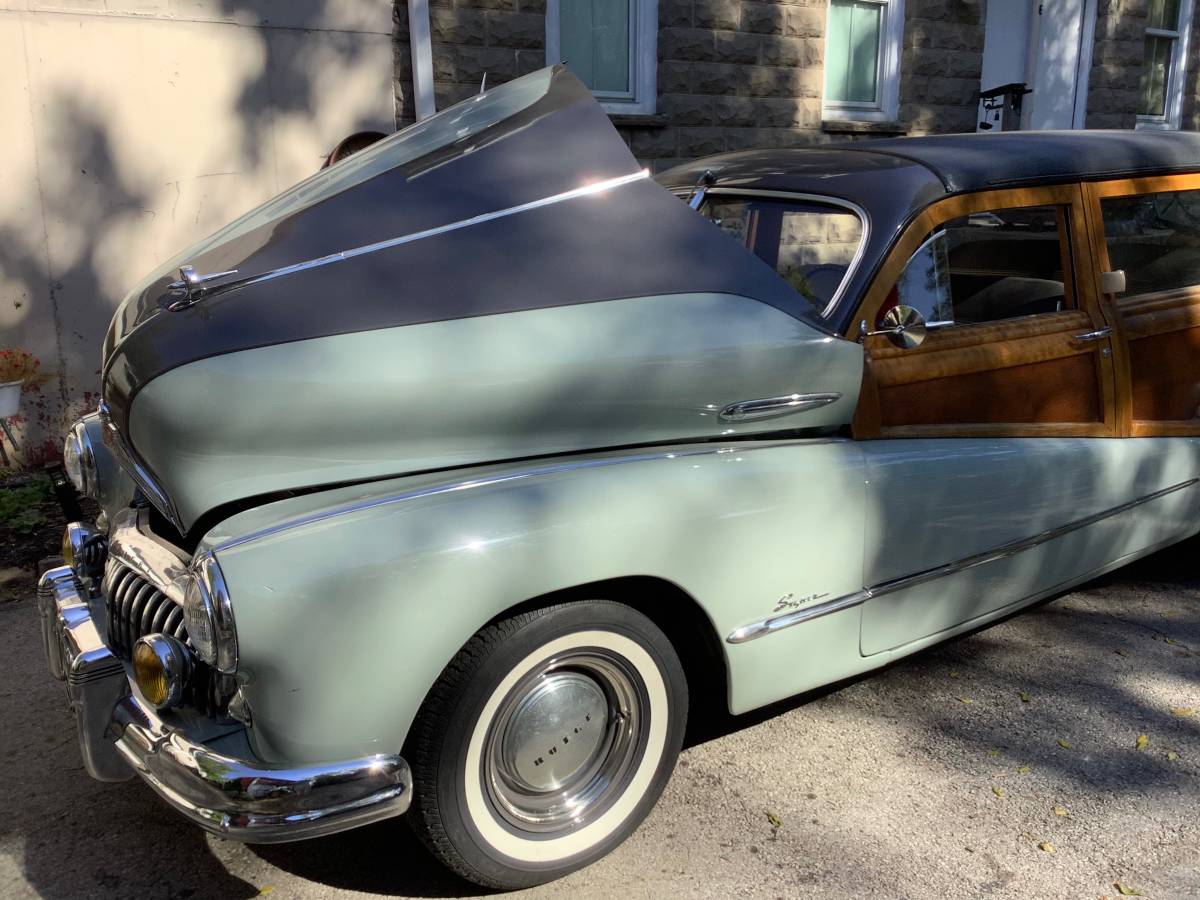 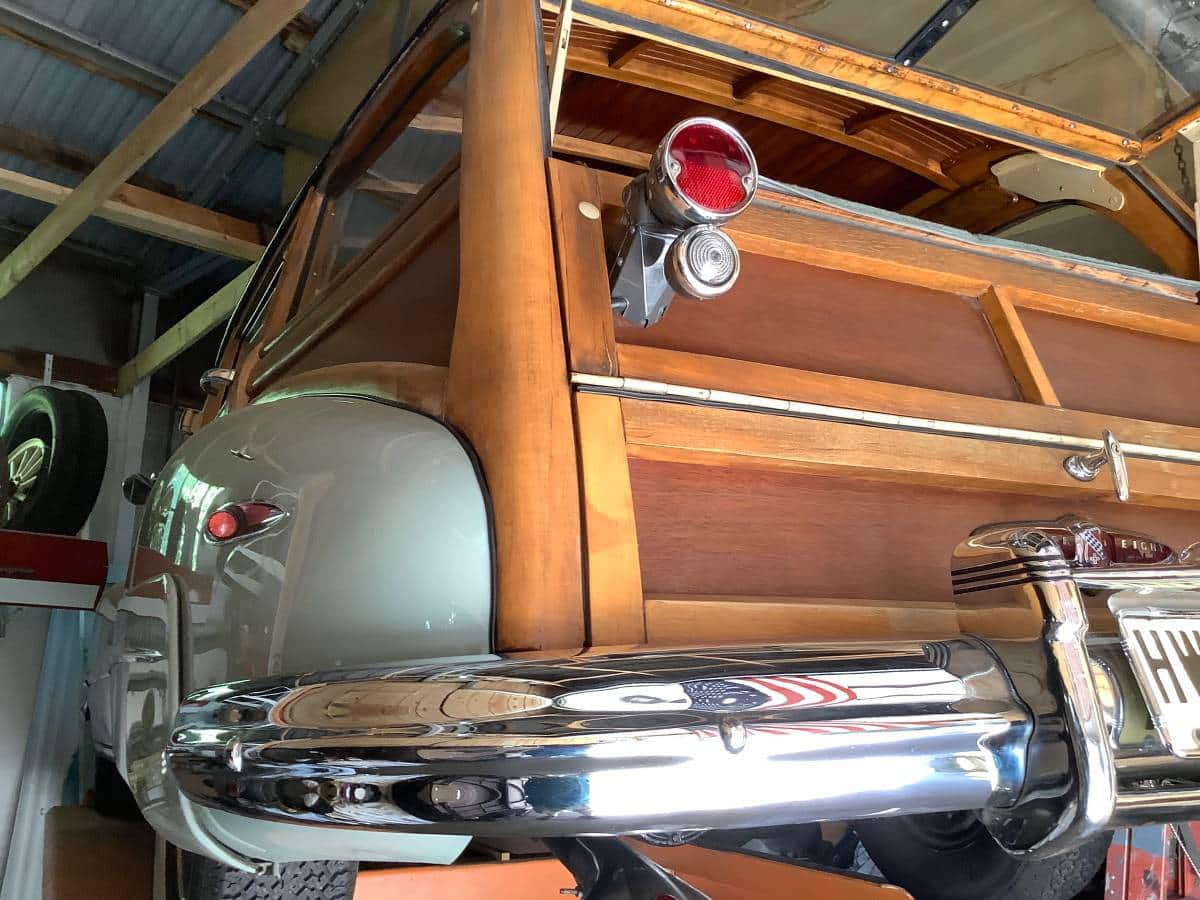 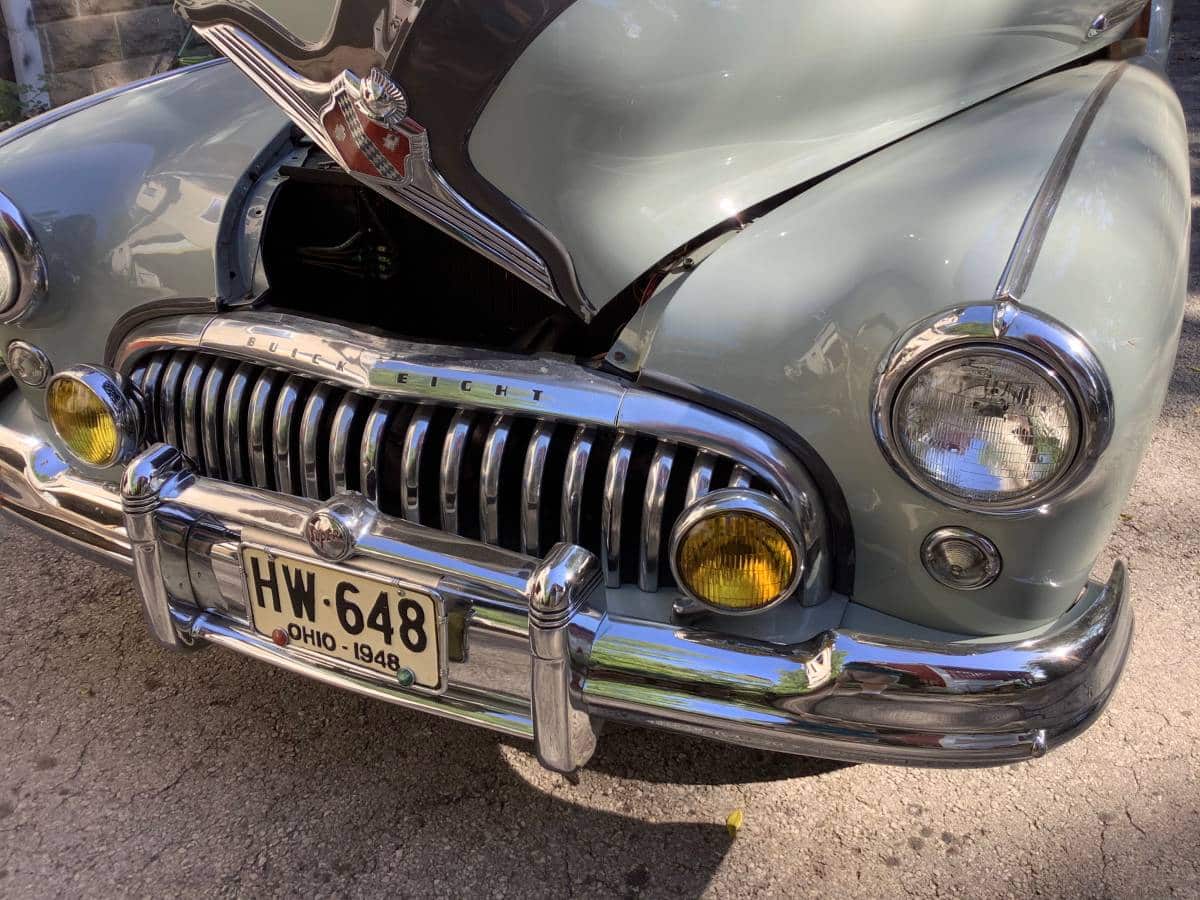 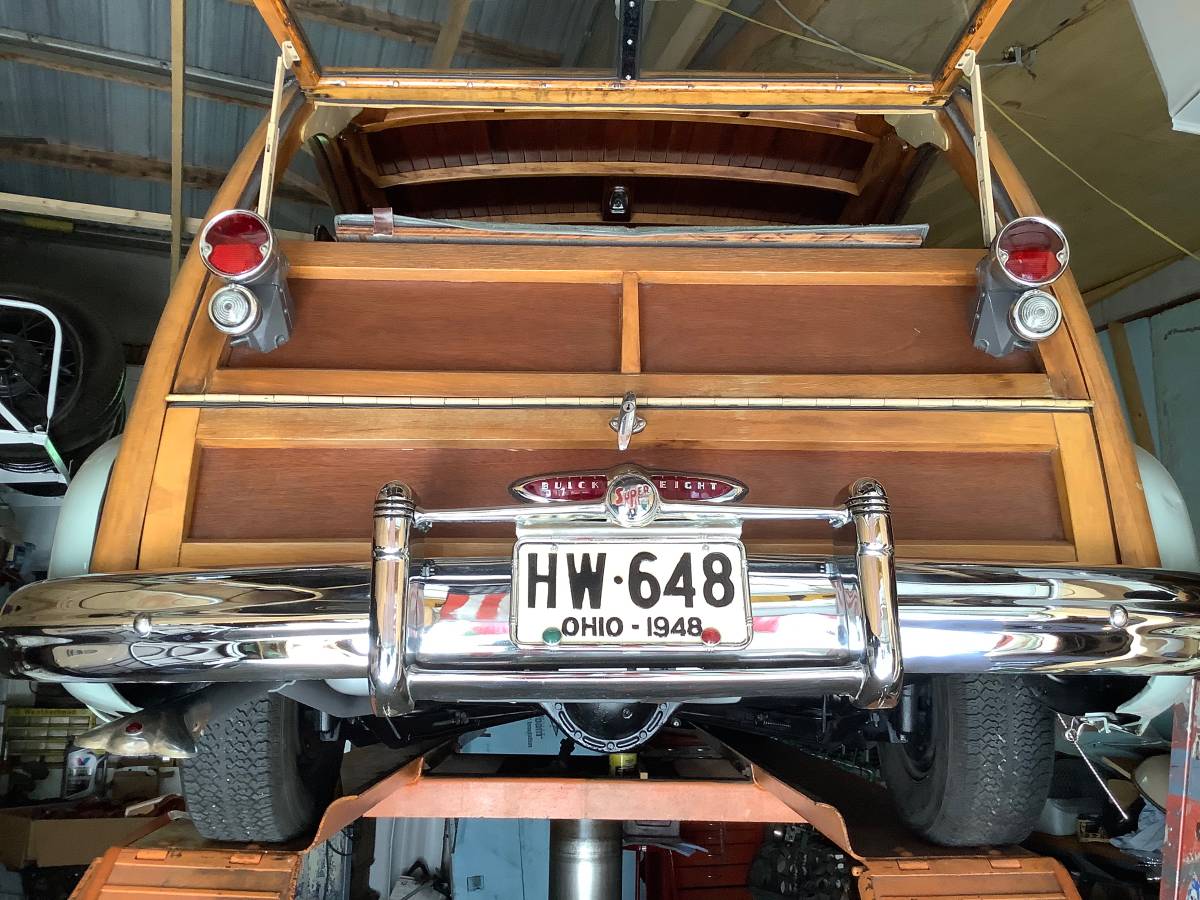 August 10, 2022, Update – We confirmed the seller of this “Classifind” deleted their listing, so we’re now able to call this one “SOLD!” While this one got away, please reach out either by email or call us directly if you’d like to be informed when we come across something similar.

Roadmaster spaciousness with the economy of the Special powerplant. That was a popular combination for Buick Buyers immediately following the end of World War II.  This 1948 Buick Series 50 Super Estate Wagon, originally listed in July 2022 on Craigslist in Norwalk, Ohio (Sandusky), is said to be low mileage, rust-free survivor example.

Besides the distinctive character line separating the wood from the steel part of the body, the features on the tailgate are what really set this early post-war Buick apart. First, note how the tail lights feature hinged mounts.  This facilitated the ability to drive safely with the tailgate lowered for oversized loads. Second, the unique three-piece tailgate provided separate access to just the spare tire and jack.

Currently offered for $55,000, Classic.com, the analytics and search engine for the collector car market, confirms the ask is in line with the five-year rolling average of this guide’s summary for second-generation Buick Supers produced between 1942 and 1948.  By clicking on the green dots in the graph below, you can navigate to each comparable car sold as a way to help you evaluate the price of the truck featured here:

As a second data point, the  Collector Car Market Review Online Tool reveals the seller’s ask falls between this guide’s #2 Very Good” estimate of $54,000 and its #1 “Excellent” appraisal of $79,000.

Buick produced the Super 1940 through the 1958 model years. The first generation shared the longer wheelbase with the top-level Roadmaster while offering the smaller displacement engine from the Buick Special. The Super prioritized passenger comfort over engine performance. For several years, it was called the “Buick Eight” or “Super Eight” due to the engravement on the grille while all Buick’s since 1931 were all installed with the Buick Straight-8 engine with varying engine displacement.

For the 1942 Model year, Buick stylists redesigned their full-size car line-up.  New wider and lower bodies were offered and “Airfoil” front fenders that flowed into the lines of the rear fenders were introduced on convertibles and sedanet (fastback) models. The Super had new front fender trim featuring parallel chrome strips. Also featured for 1942 was a handsome new grille with a lower outline and thin vertical strips. A feature shared with other Buicks was a new interior air intake positioned near the front center grille that eliminated the old cowl-level ventilator. The number of body styles was reduced to three with the elimination of the one-year-only Business coupe.

In 1946 Buick once again combined the large Series 70 Roadmaster body with the economical Series 40 Special powerplant to create the Series 50 Super line. Basic styling was continued from 1942 now sedans had the front fender sweep across the doors to the rear fenders as did the Sedanet and convertible styles. A stamped grille with vertical bars dominated the frontal ensemble. Single stainless body trim lines began on the front fenders and ended at the rear edge of the standard rear wheelhouse shields. Standard equipment included an automatic choke, clock, ash receiver, turn signals, and painted woodgrain instrument panels.  Exterior series identification was found on the crossbar between the bumper guards front and rear. Cloisonne emblems carried the Super emblem. Buick engineers eliminated compound carburetion and reduced the straight-eight’s compression ratio to 6.30:1. As a consequence the 1946 Super’s horsepower fell from 125 to 110. Torque on the other hand was hardly affected. The number of body styles increased to four with the return of the Estate wagon after a six-year absence. A total of 119,334 units were sold. The front suspension was independent with coil springs.  76.98% of Buick sales this year were Supers.

Combining big Roadmaster room with an economical Special engine continued to make the Super an American favorite in 1947. The Super was little changed from its 1946 counterpart, except for the new stamped grille that had separate upper bar and a new emblem. Stainless lower body moldings made a single line along the body and continued onto the standard wheelhouse shields. A white Tenite steering wheel was standard while the instruments were round and set into a two-toned dash panel. Exterior series identification was found on the crossbars between the standard bumper guards. A chrome emblem was used with the series script embossed and filled with red. Sales reached a record 159,588.

The main external change to the 1948 Super from its 1947 counterpart was the “Super” script on each front fender. Other series identification continued to be earned on the bumper guard crossbar. The car was a bit lower than in 1947 rolling on new 7.60 x 15 tires mounted on wheels with trim rings and small hubcaps. Super script was also found on the center crest of a new black Tenite steering wheel. New cloth interiors featured leatherette scuff pads and trim risers. The instrument panel was redone, using silver-tone instruments on a two-tone gray panel. The sedan was carpeted in the rear with a carpet insert also found in the front rubber mat.

The Barry T’s Garage YouTube Channel features this modern video of a slightly higher trimmed 1948 Buick Roadmaster Estate that features many of the same items on the Super we found for sale:

“California car, never any rust 39,000 original miles. Always well maintained, the wood, paint, and upholstery, and most of the chrome were professionally refreshed. Time to find a good loving home for this beauty. We’d be glad to share lots of pictures, describe her in minutia and glad to show it to interested persons. $55,000 and willing to work with an interested buyer, and will share phone number if interested in talking to us.“

Show or go: What would you do with this restored 1948 Buick Super Woodie Wagon?  Please comment below and let us know!