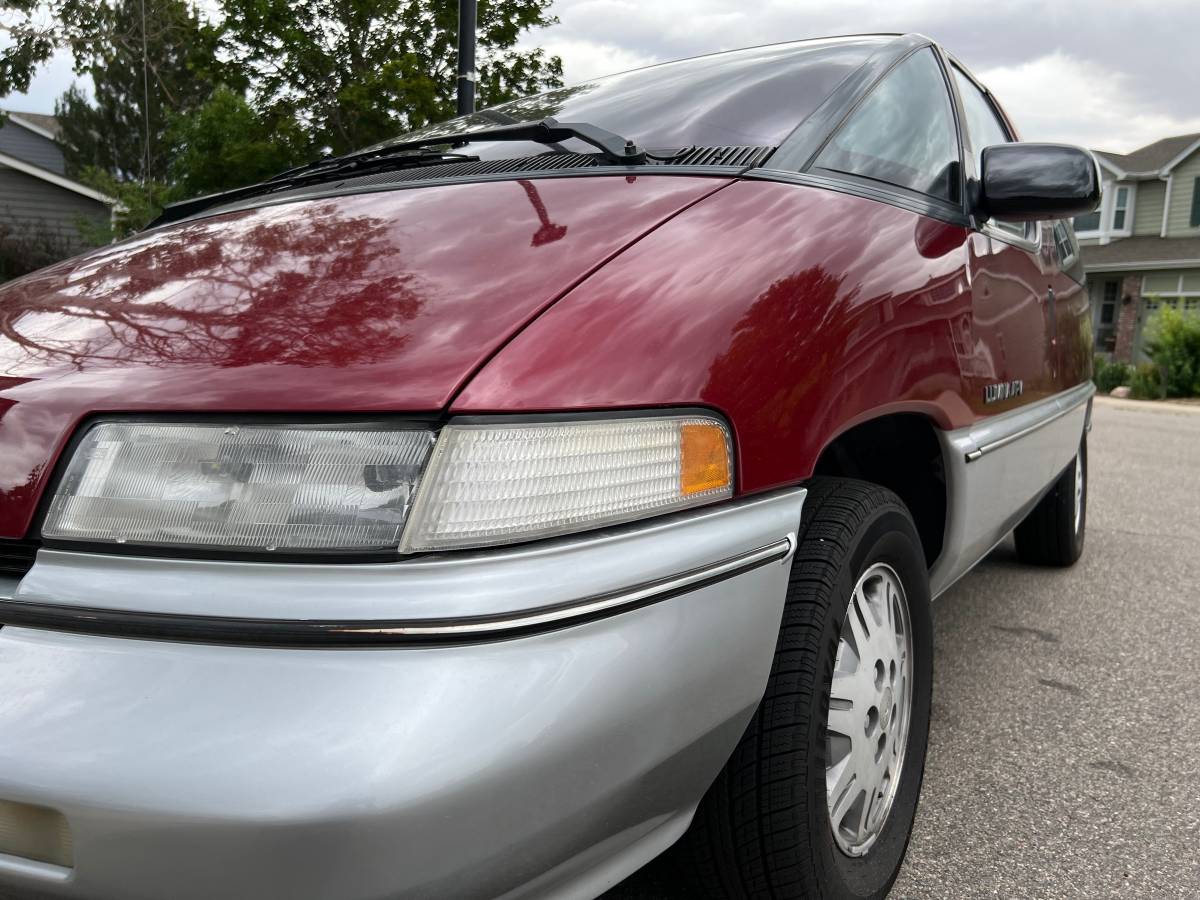 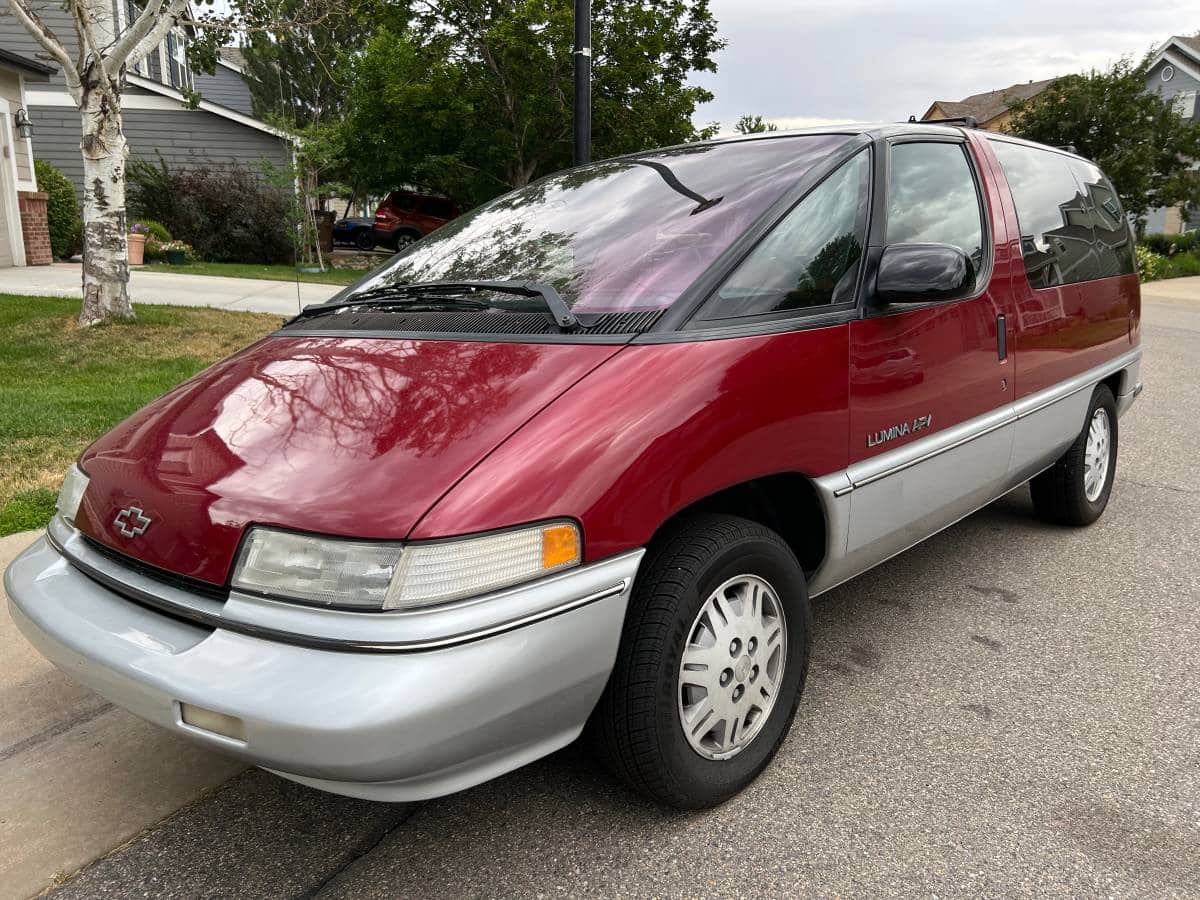 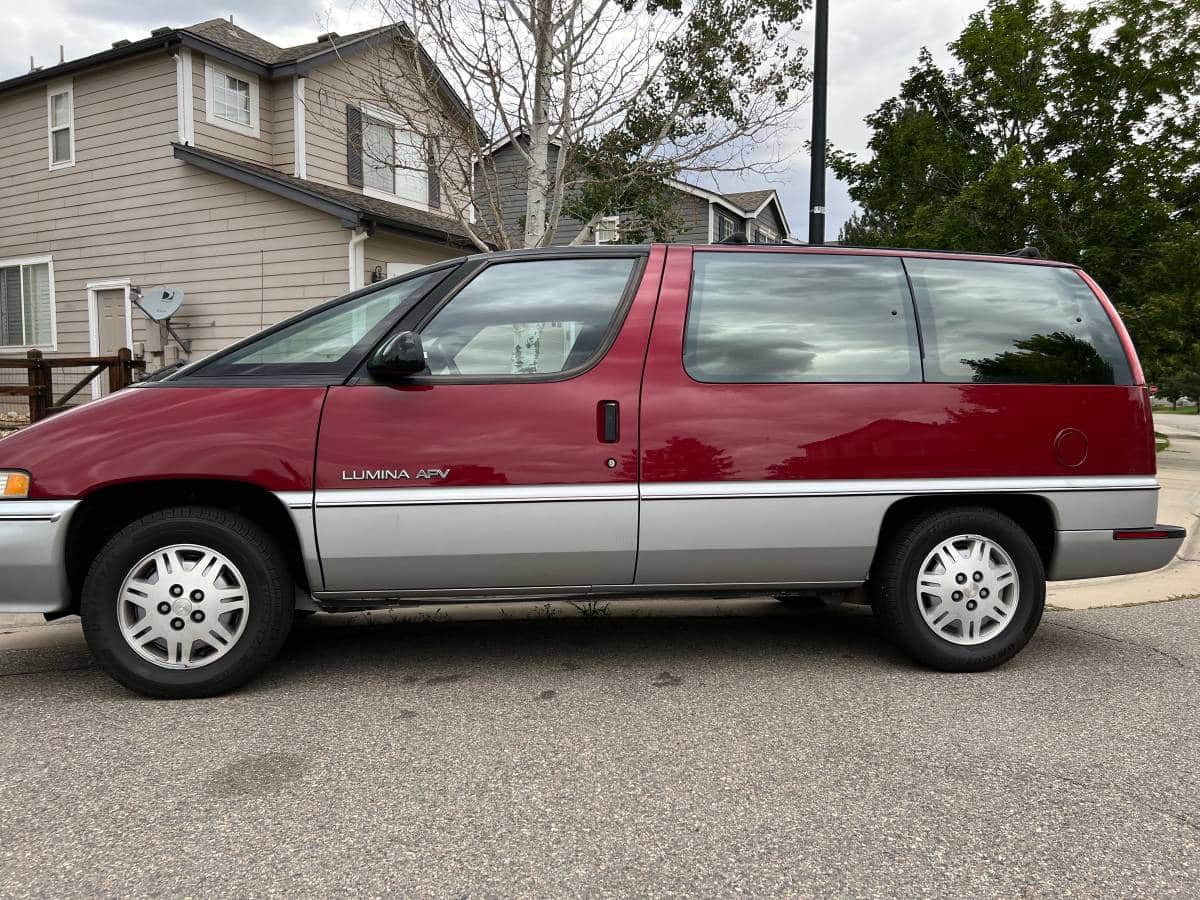 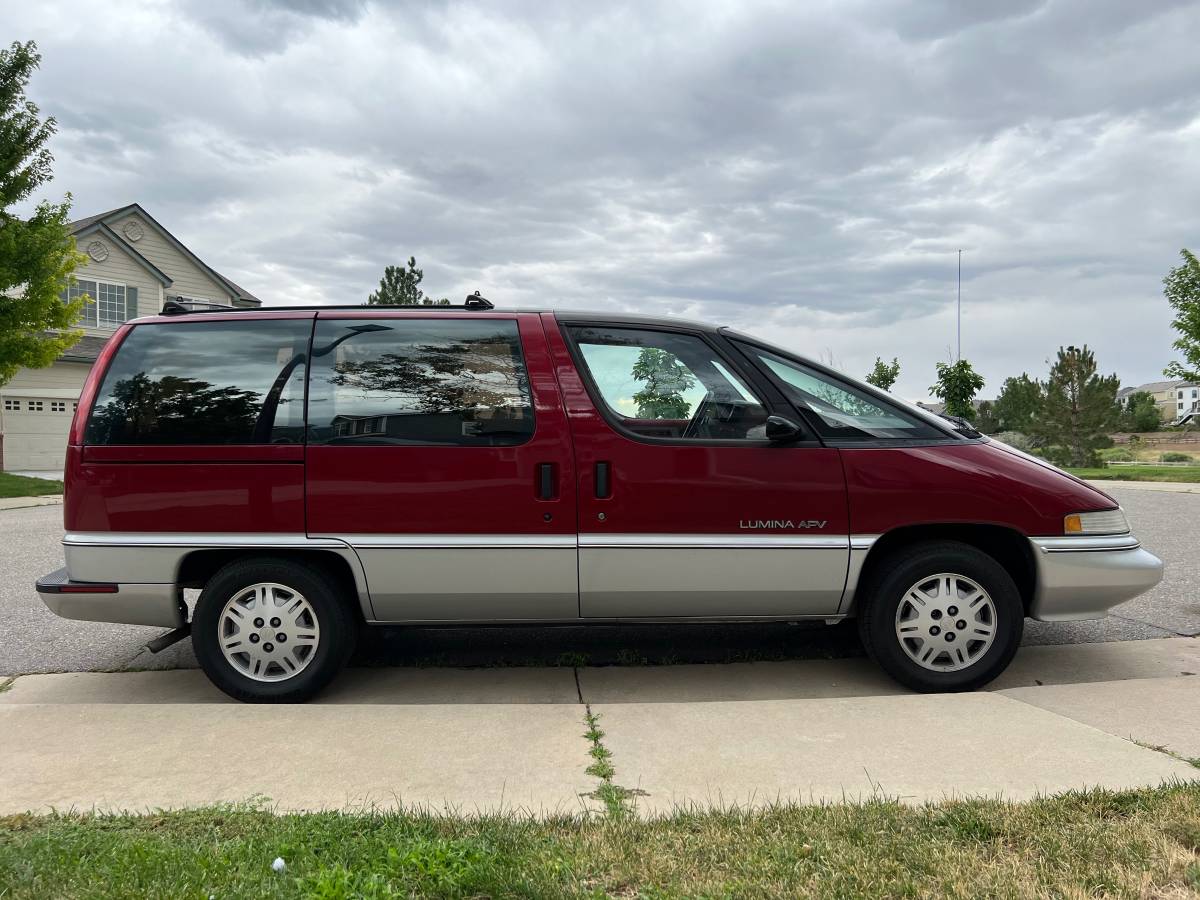 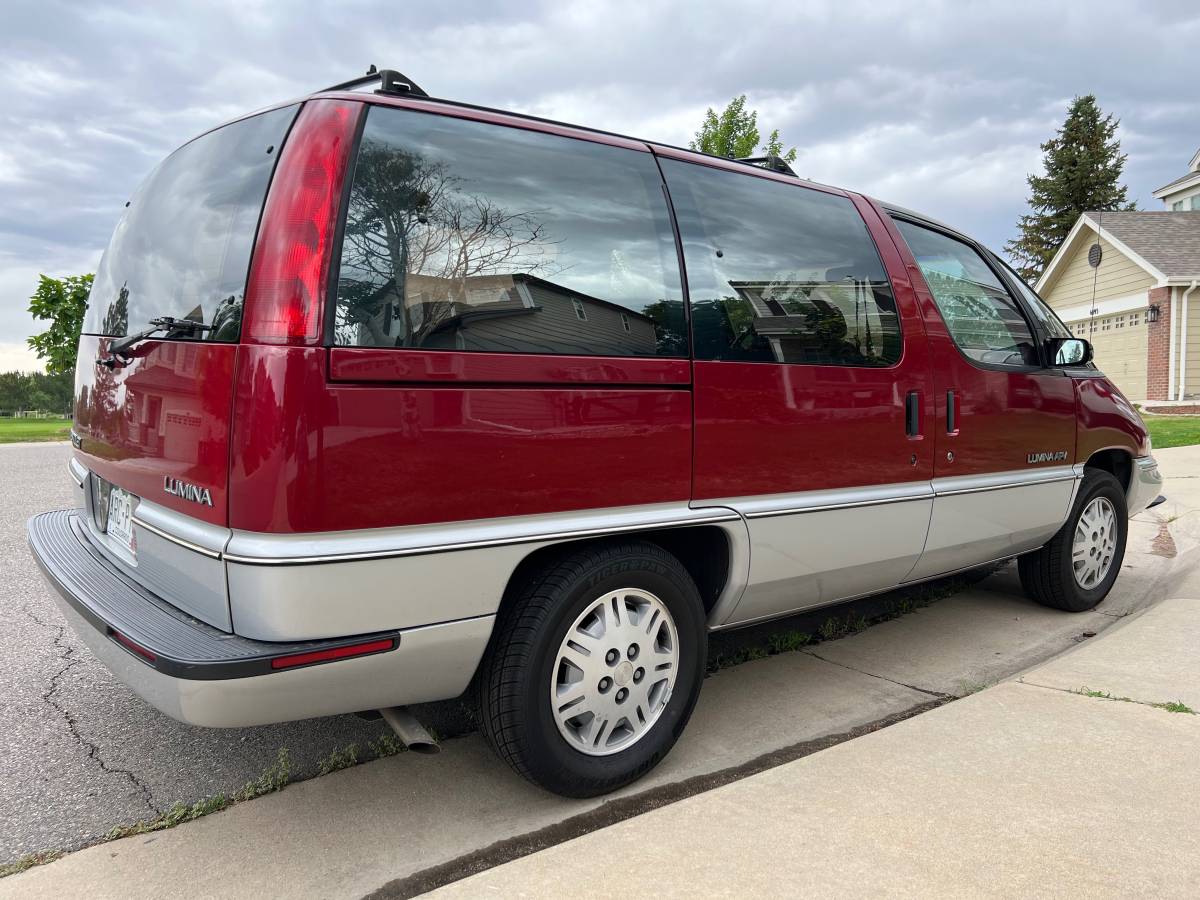 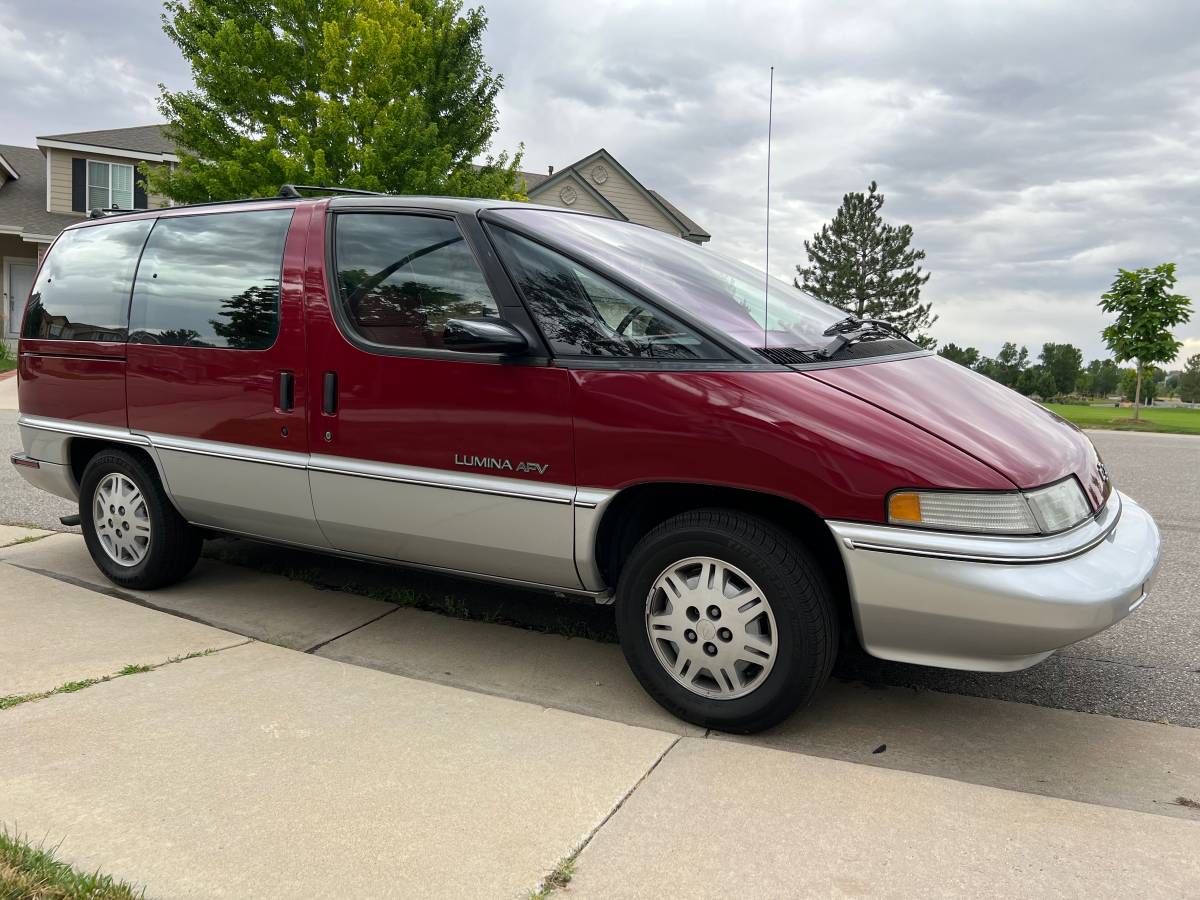 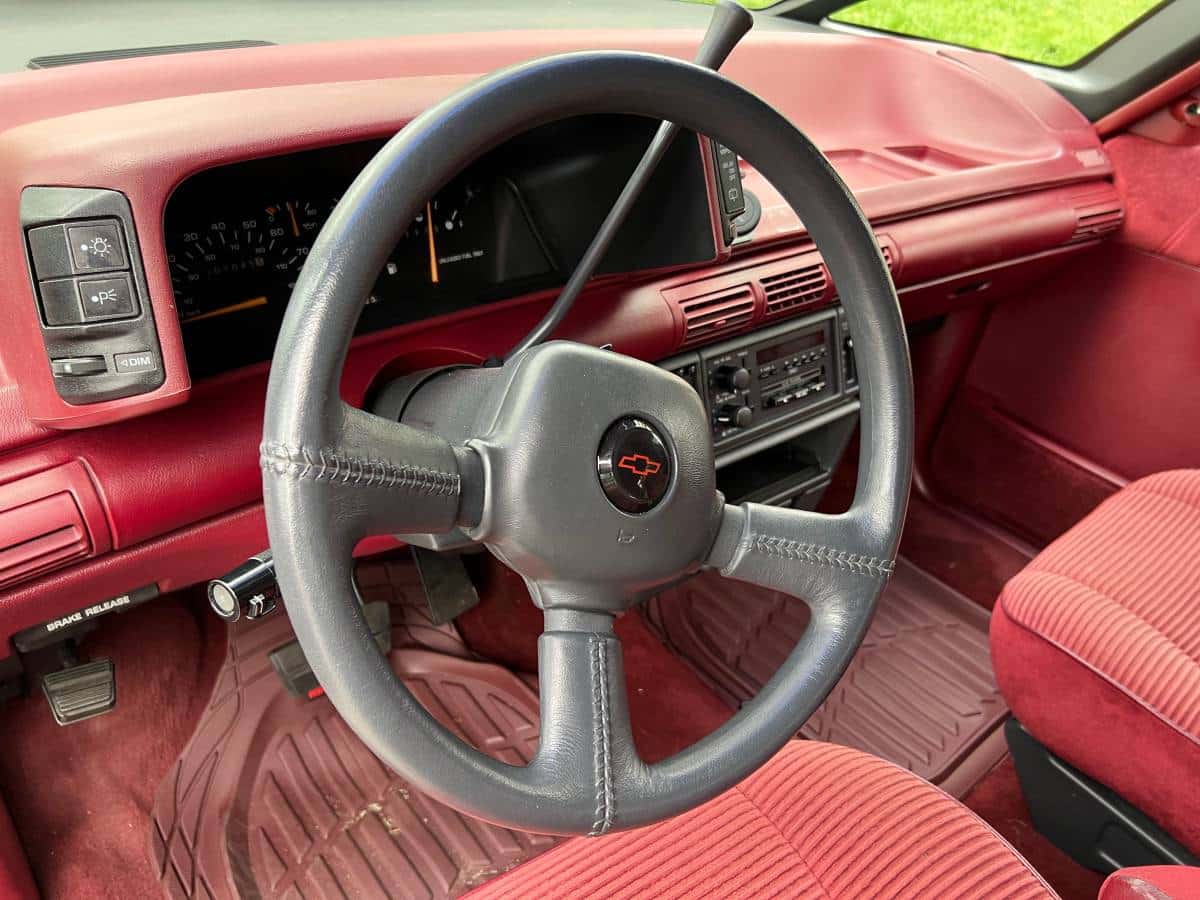 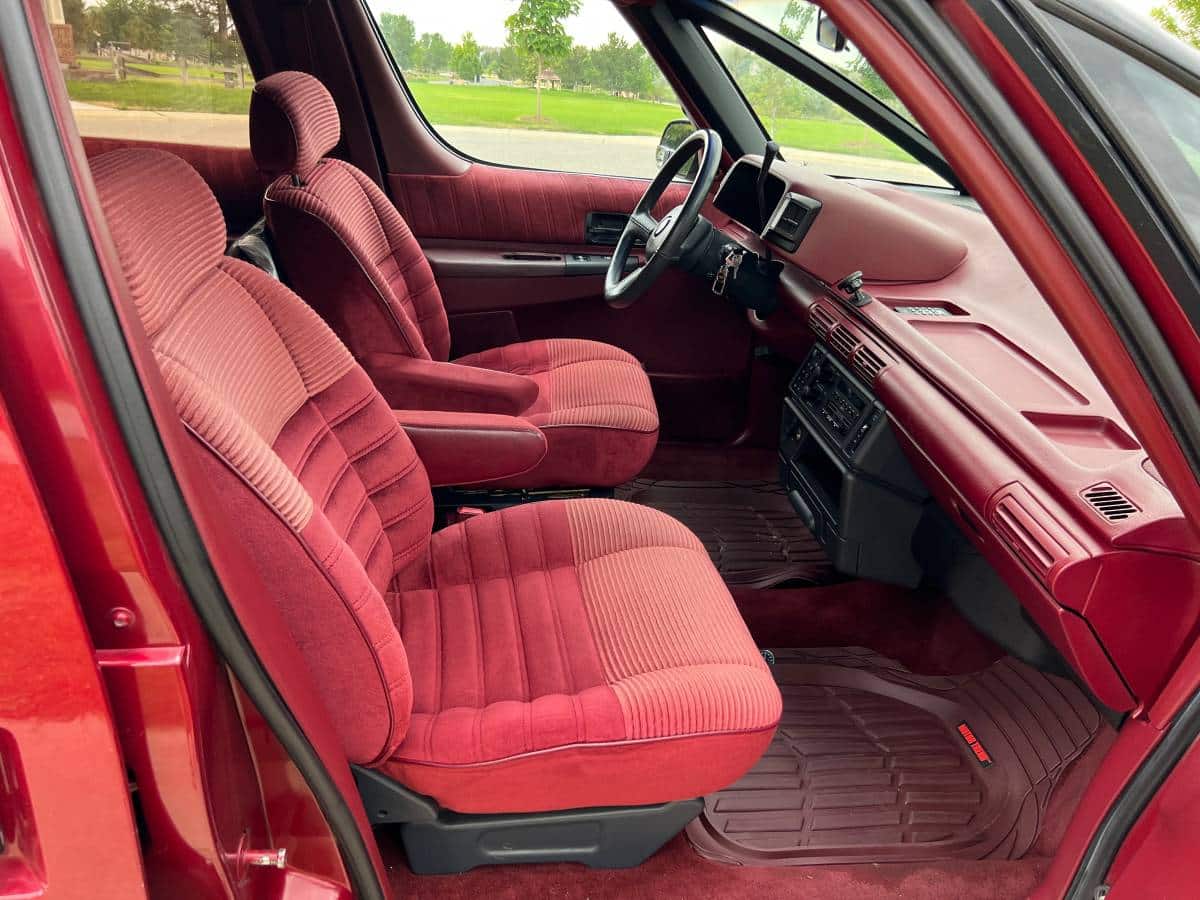 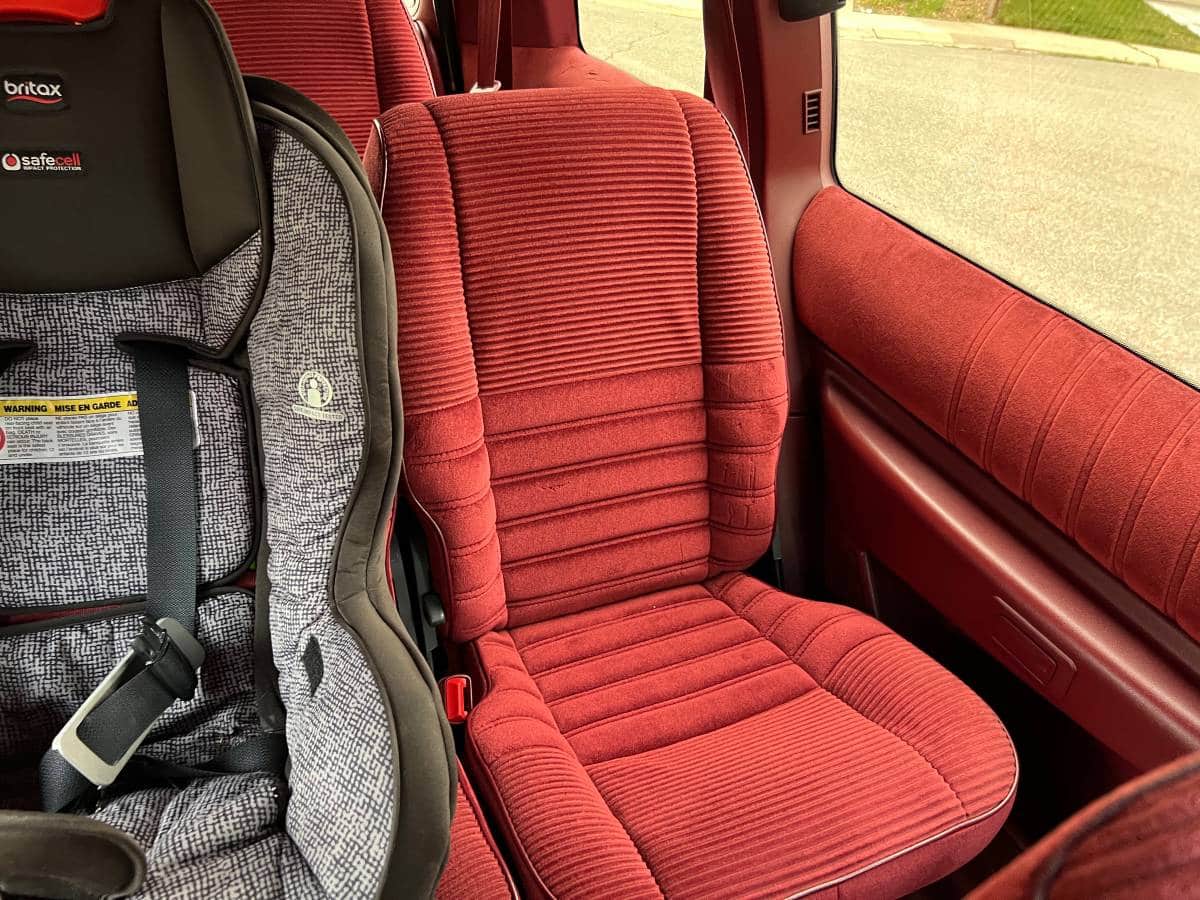 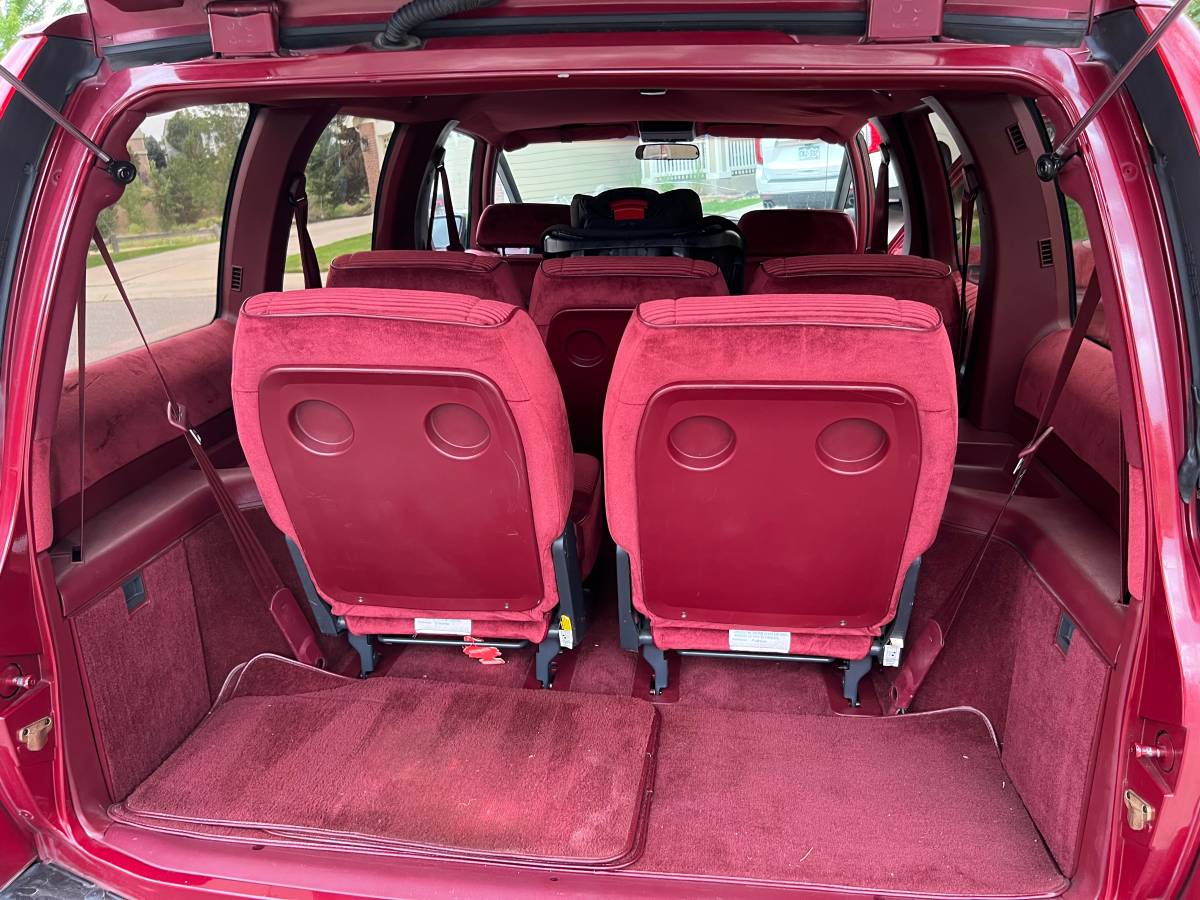 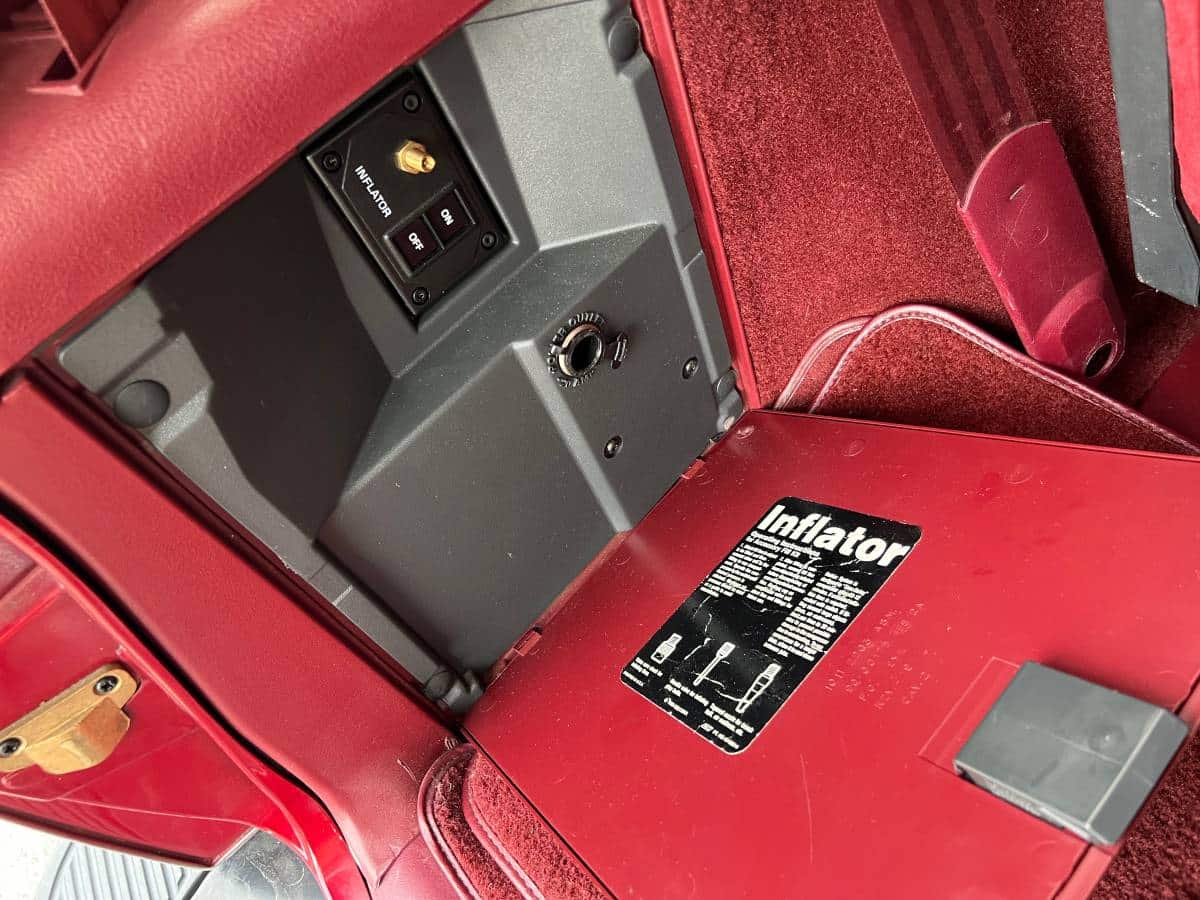 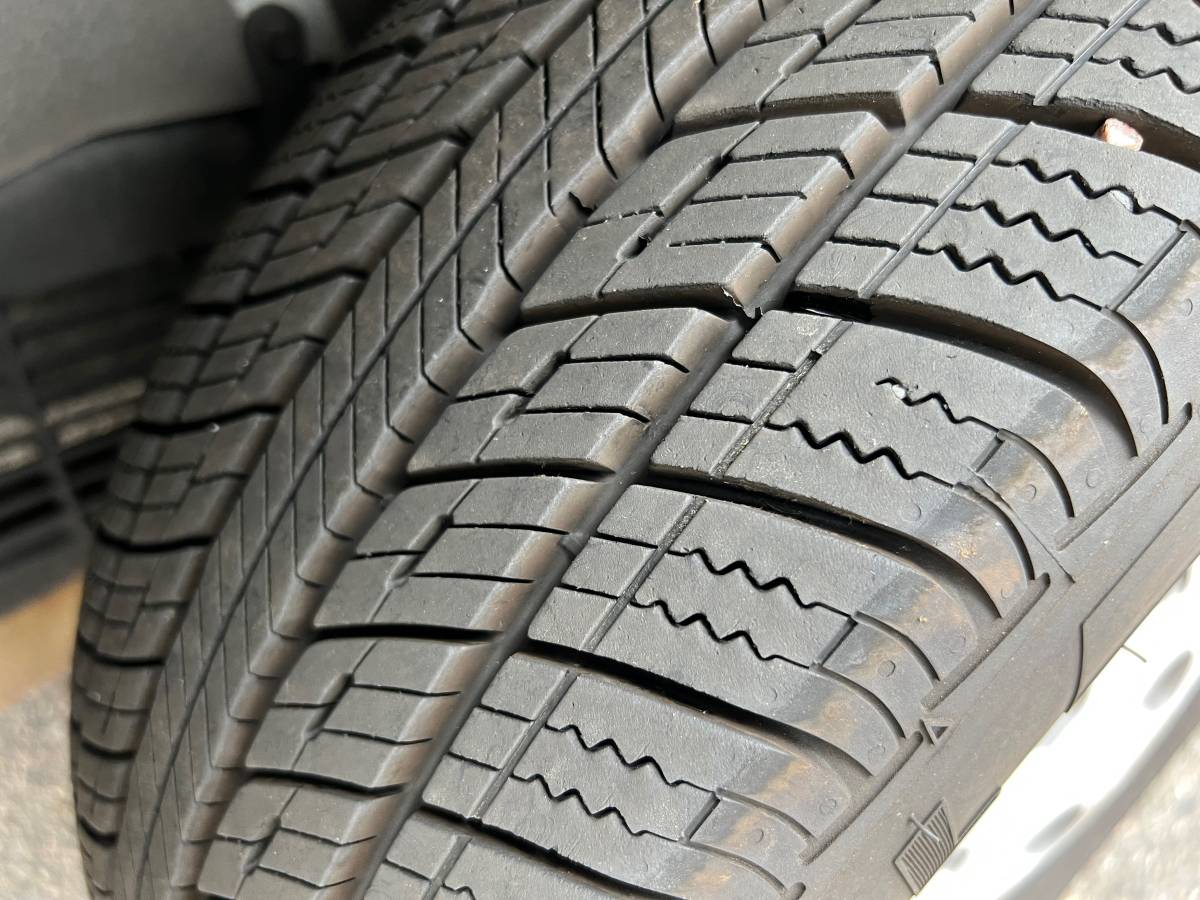 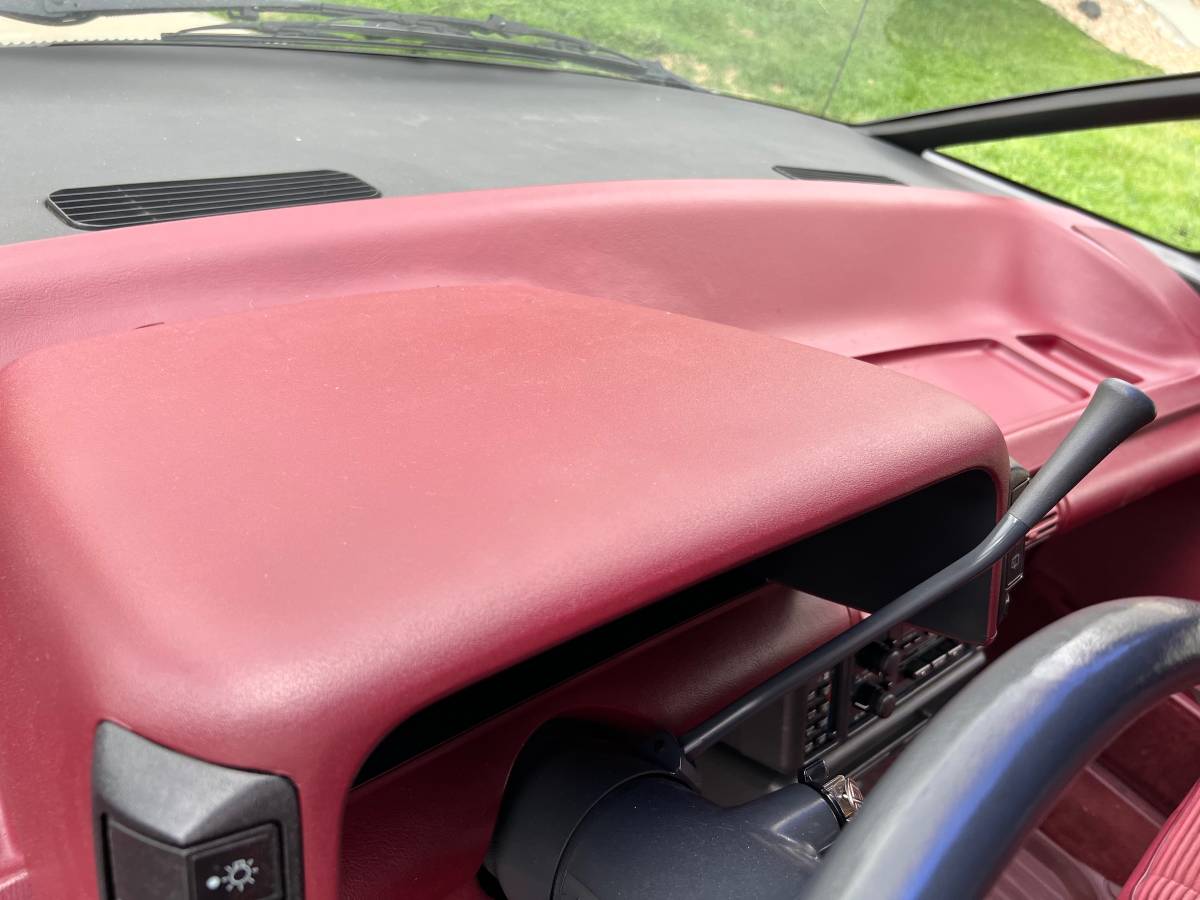 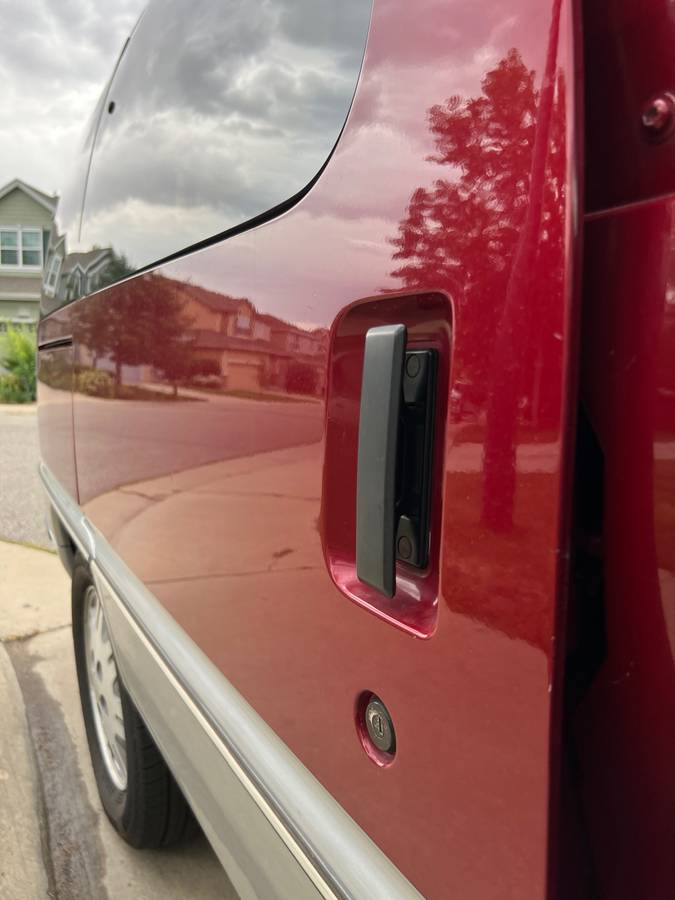 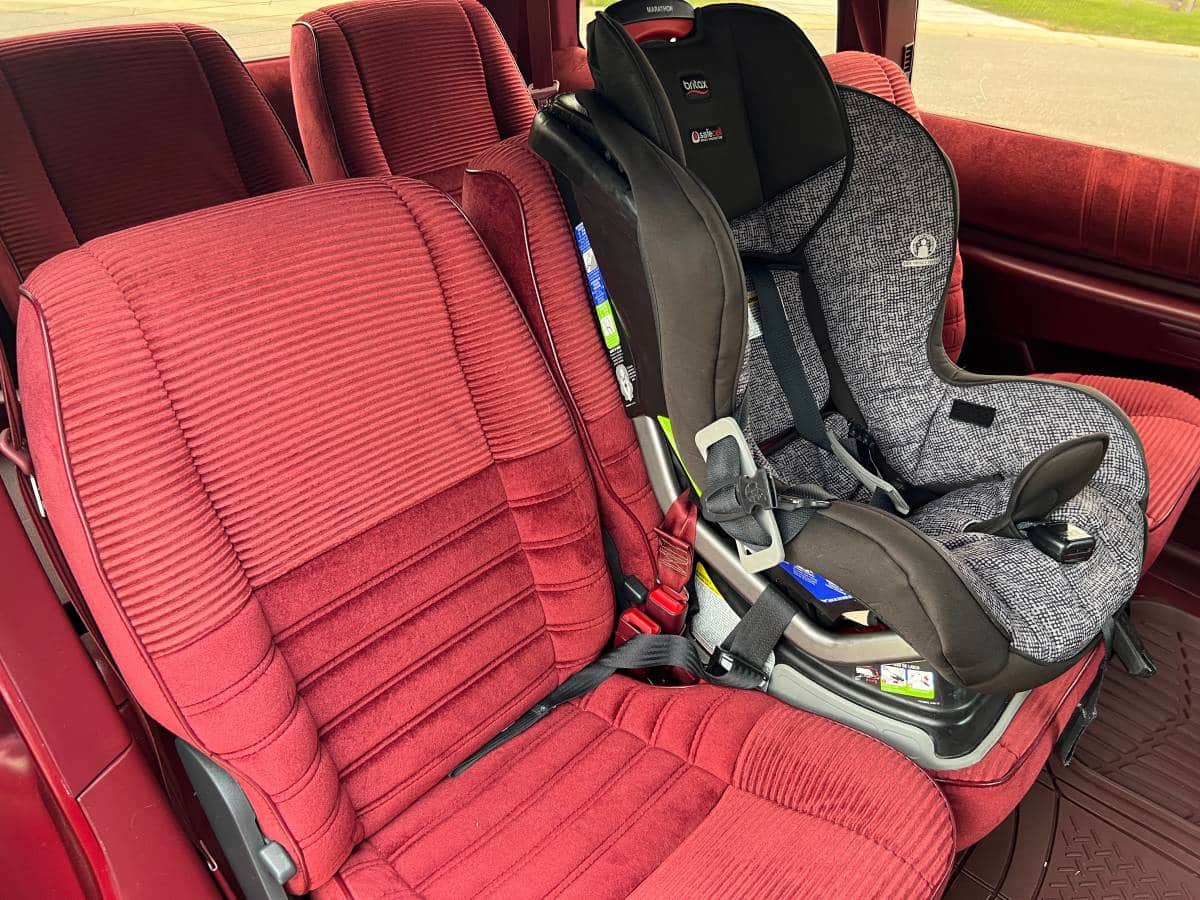 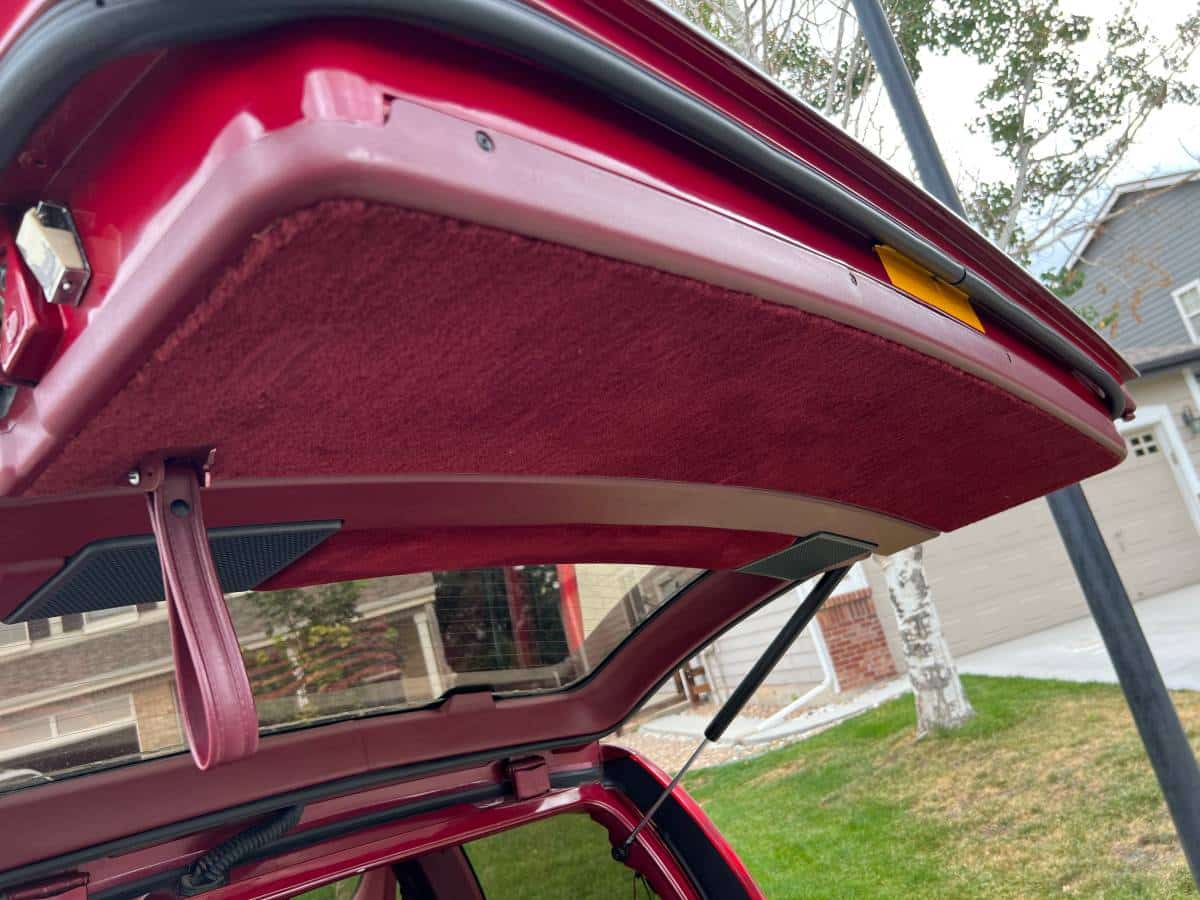 Do you ever look at certain models and just scratch your head as to why it didn’t survive? The Chevrolet Lumina APV and its various corporate twins is absolutely one of those offerings that seemed to have everything going for it and yet never advanced beyond being a bit of an automotive sideshow. This gorgeous 1991 APV wagon listed here on Craigslist near Denver, Colorado, features amazing cosmetics, a time-warp interior with just over 100K miles, and an asking price of $10,000. Comparing that price against the Classic.com model guide doesn’t mention the APV specifically but lists an average sale price for a Lumina as $6,500. That’s not a fair comparison, as the wagon has way more of a following than the standard coupe or sedan model. If you want to own the coolest minivan on the block, contact the seller via (817) 773-6913.  When you connect, please remember to mention you saw the APV featured here on GuysWithRides.com.

The APV was affectionately known as the dust buster for its aerodynamic snout and abruptly-ending hind quarters. The market at the time seemed ready for a futuristic minivan, as the marketplace had more than one offering that tried to take some of the dowdiness out of the soccer mom model. The Mazda MPV, Toyota Previa, and the Nissan Axxess (among others) showed it was possible to drive something with sliding doors that was still somewhat cool, if not mildly trendy. Still, those manufacturers may have been outpacing the market by a bit, as the combination of a sporty or aggressive stance combined with three rows of seats has certainly become the gold standard across much of the new car market. At the time, however, Americans may not have been ready to leave the familiar confines of a Dodge Caravan or a Chevrolet Suburban.

The seller’s Lumina APV is in outstanding condition. We’ve said for a while now that this is a potentially collectible model stemming from the interest in “rad”-era vehicles, and the APV and its corporate twins have certainly found favor among kids of the 80s and early 90s who rode around in the back of one of these. Check out both the exterior paint and the interior fabrics – both surfaces look like they’ve seen barely any use and certainly not 100,000 miles worth of passenger ferrying and gear carrying. The seats look as good as they do, thanks to factory Scotch Guarding, which has obviously worked, and the seller notes all of the cool OEM Easter eggs are still intact, like the hidden tire inflator in the rear cargo area. The seller claims this is likely the best APV left in existence, and while we tend to roll our eyes at claims like these, he just may be right in this instance.

“A sports car for the entire family! The 1991 Chevy Lumina APV was a modern marvel of its time. Its composite body panels DO NOT DENT! Its scotch guard seats have proven to protect against the sands of time. Not to mention the 7 bucket seats are completely customizable! That’s right, each individual seat can be removed for a custom rear seating arrangement. Just one look at this 1991 Chevy Lumina APV and you will agree it was designed by a higher intelligence. It is out of this world. The Dustbuster rides as smooth as she looks. It even has rear air leveling technology with a built-in compressor! It has a custom stereo hidden beneath the passenger seat for modern Bluetooth play but a discreet design to conserve the OE dash radio appearance. You will not find another like it. You will not. This is believed to be the cleanest Lumina APV left in existence. You must see to believe!“

Dustbuster elite: is this the best Lumina APV we’re likely to see for some time?