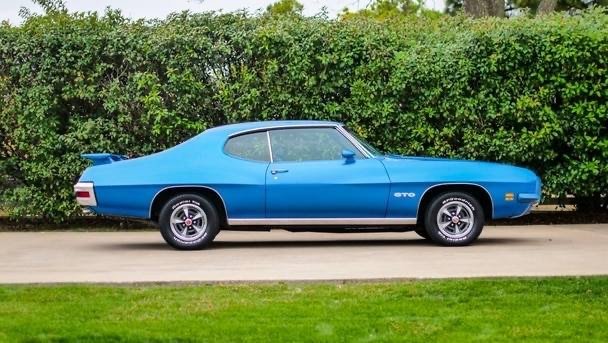 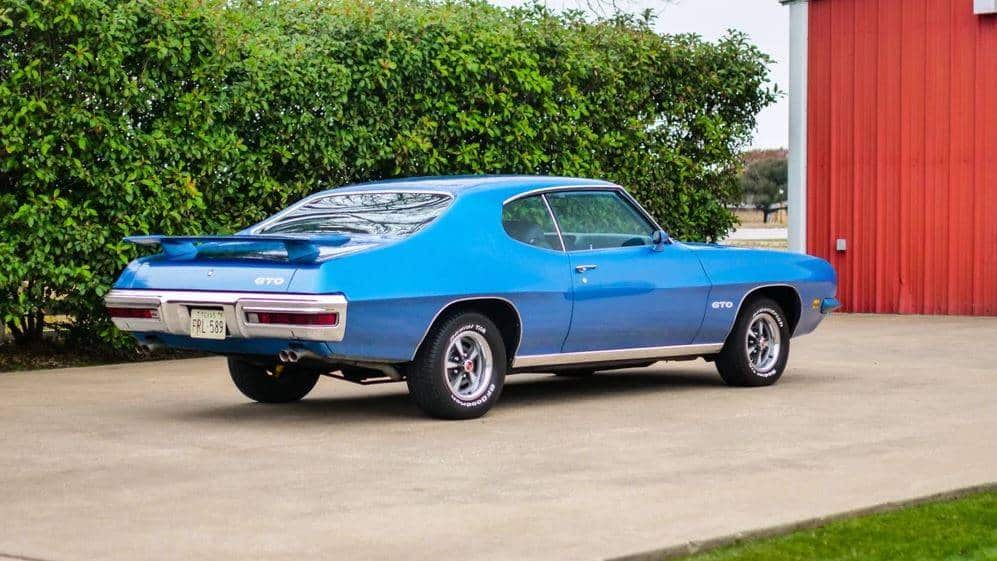 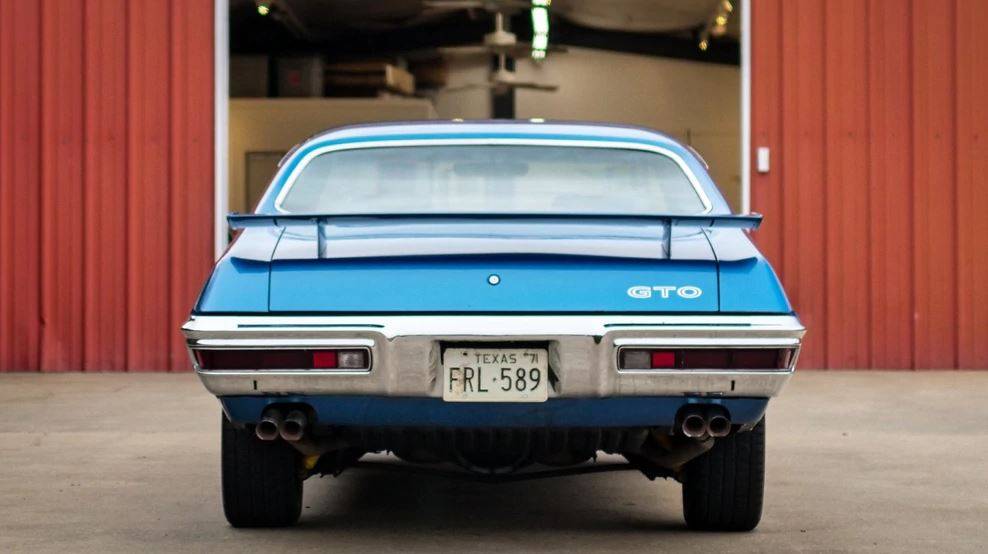 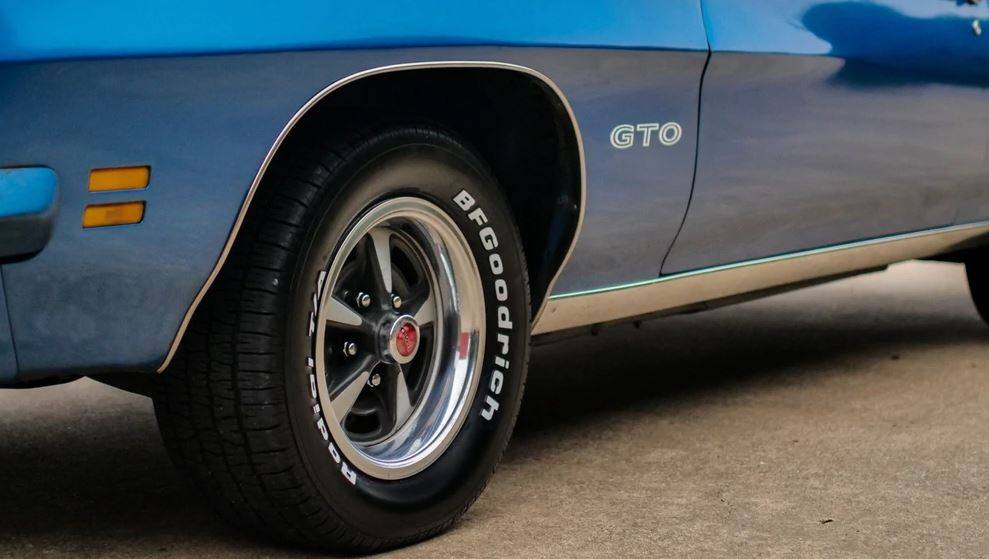 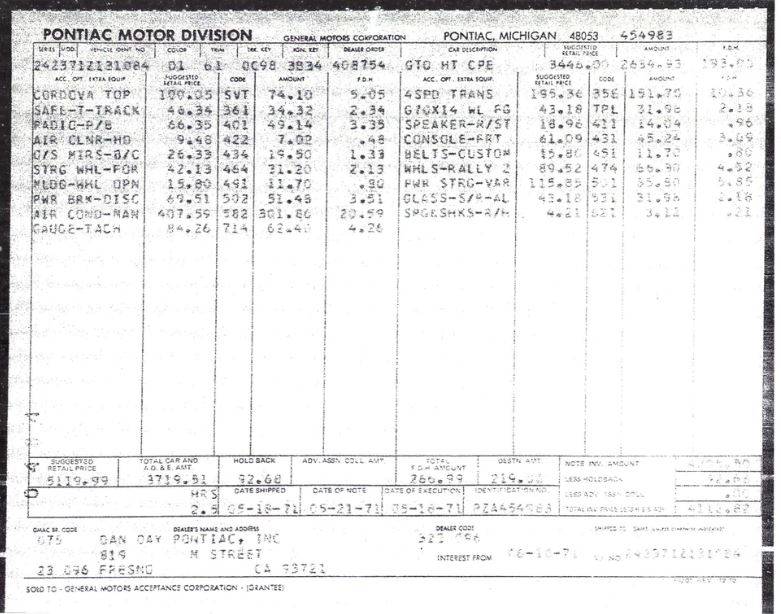 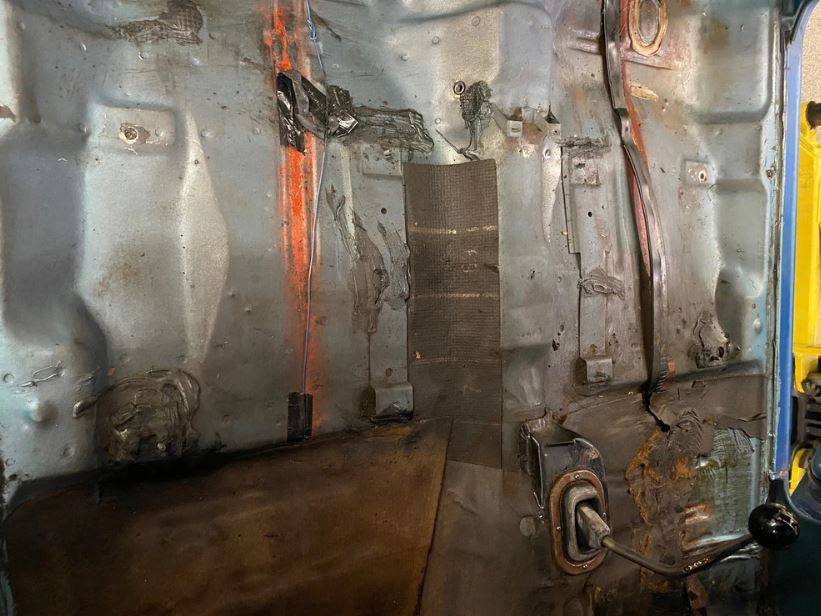 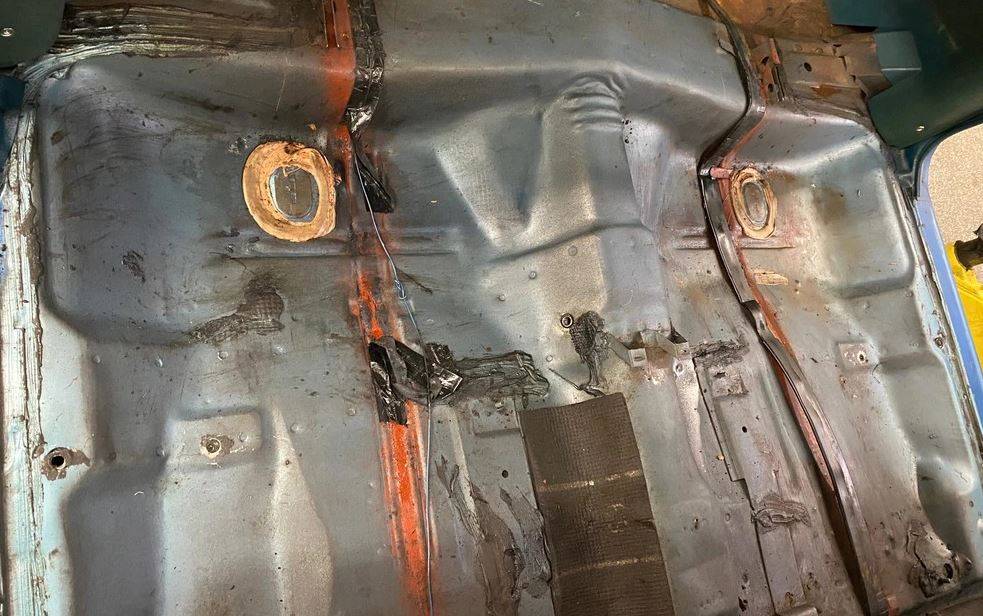 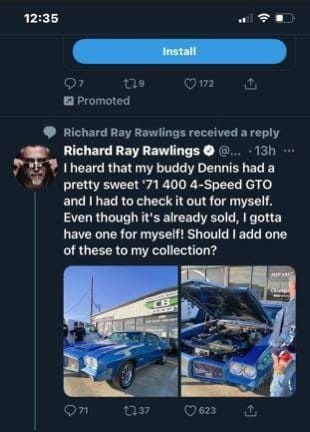 We love a good story, especially ones about well-documented classic cars.  A video on a well-known YouTube channel  of this 1971 Pontiac GTO currently listed here on Craigslist in North Nampa, Idaho is what motivated him to buy the car. That, combined with the video going through the car’s build sheet, helps provide a nicely documented story.  1971 marked the first time since its 1964 launch that GTO sales declined over the prior year.  While many blame it on GM’s lower engine compression ratios, rising muscle car insurance premiums did not help the cause.

Currently offered for $32,500, Classic.com, the analytics and search engine for the collector car market, confirms the ask is well below the one-year rolling average of this guide’s summary for second-generation Pontiac GTOs produced between 1968 and 1972.  By clicking on the green dots in the graph below, you can navigate to each comparable car sold as a way to help you evaluate the price of the truck featured here:

As a second data point, the  Collector Car Market Review Online Tool reveals the seller’s ask falls between this guide’s #3 Good” estimate of $23,500 and its #2 “Very Good” appraisal of $34,300.

Pontiac produced the second generation GTO from 1968 through 1972.  The 1971 GTO featured a modest facelift, this time with wire-mesh grilles, horizontal bumper bars on either side of the grille opening, more closely spaced headlamps, and a new hood with the dual scoops relocated to the leading edge, not far above the grille. Overall length grew slightly to 203.3 inches. Sport mirrors increased standard width by two inches, from 74.5 to 76.5 inches.

A new corporate edict, aimed at preparing GM for no-lead gasoline, forced an across-the-board reduction in compression ratios. The “Ram Air” and Ram Air IV engines did not return for 1971. The standard GTO engine was still the 400 cubic inch V8, but now with an 8.2:1 compression ratio. Power ratings for the revised engine were 255 SAE Net horsepower at 4,800 rpm and 400 pound-feet of torque at 3,600 rpm.

An engine option was the 260 SAE Net Horsepower 455 cubic inch V8 with a four-barrel carburetor, 8.4:1 compression ratio, and 325 horsepower at 4,400 rpm, which was only available with the Turbo Hydra-Matic 400 automatic transmission.

The top-of-the-line GTO engine for 1971 was the new 455 HO with 8.4 compression, rated at 310 SAE Net Horsepower, 400 rpm in the GTO.  The 1971 Pontiac brochure declared that this engine produced more NET horsepower than any other engine in its history.

For 1971, the standard rear-end was an open 10 bolt. Positraction 10 bolt rear ends were available as an option on 400 V8 engine-equipped GTOs, while all 455-powered Goats had the choice of either a 12 bolt open or optional 12 bolt Positraction rear-end.

The Judge returned for a final year, With the standard equipment being the Mountain Performance package was the 455 HO. Only 357 were sold, including 17 convertibles. On February 11, 1971, Pontiac announced that no new orders for The Judge would be accepted after March 1, 1971. Only 10,532 GTOs were sold in 1971, 661 of which were non-Judge-equipped convertibles.

The Dennis Collins YouTube Channel features a video of the very car for sale here that served as the motivation for the current seller to buy it from Dennis:

The Dennis Collins video above will likely help sell this 1971 Pontiac GTO as the seller’s Craigslist limited pictures do not do it justice. If the seller believes they can get by with just the pictures provided here on BaT and just post it anytime they want there, they are in for a rude awakening.  Knowing the rear spoiler was not factory original and the fact the car no longer features the vinyl top factory installed on the car makes this a driver-quality example to just drive and enjoy.

If you are serious about buying this Pontiac GTO, you can start the conversation by either calling or texting the seller at (208) 344-6246.  When you connect, please remember to mention you saw their Goat featured here on GuysWithRides.com. Good luck with the purchase!

“I’ve decided to put my ’71 400 4spd GTO up for sale. Mentioning it locally first before putting it on the web (Bring a Trailer / etc.)

Purchased in January ’21 from Dennis Collins / Collins Brothers Jeep after it was featured on two of his Coffee Walk™ / YouTube shows. I understand it’s the most time they have ever spent covering one car. The videos explain nearly all of the details about the car and its history. They pulled the seats and carpet out (in pics) looking for the build sheet, which had actually already been found and put with the documentation that the 2nd owner had collected for the car. (I’m the 3rd owner.) The only reason I bought it sight unseen was the proof of the solid / rust free condition of the car in addition to low mileage. Pic also shown of Richard Rawlings checking out the car while it was still in Texas.

Previous episode when CB Jeep first brought it in and started it up:
https://www.youtube.com/watch?v=-ZdERURAID8

I’ve driven it 81 miles since January of ’01. My middle-aged low back just isn’t compatible with a 4 speed anymore.

Show or go: What would you do with this 1971 Pontiac GTO?  Please comment below and let us know!