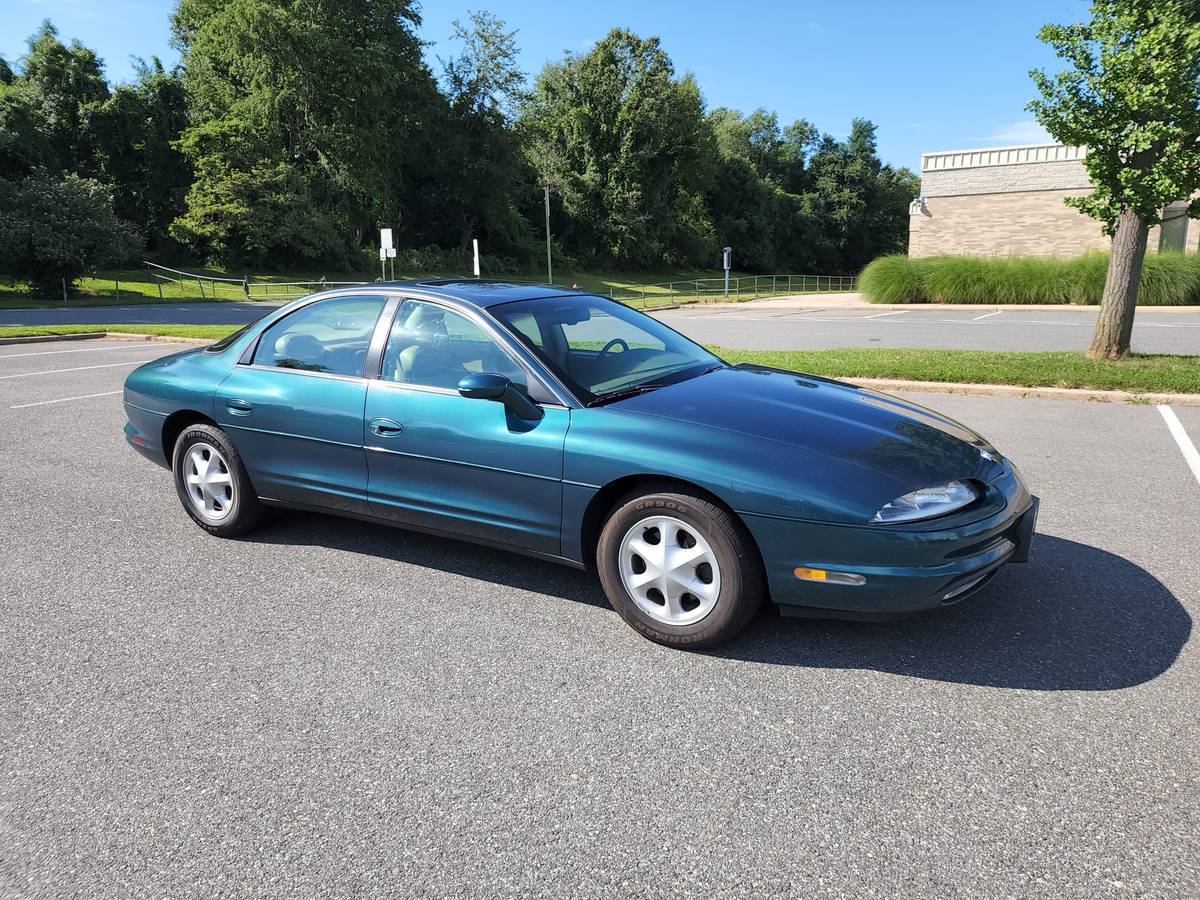 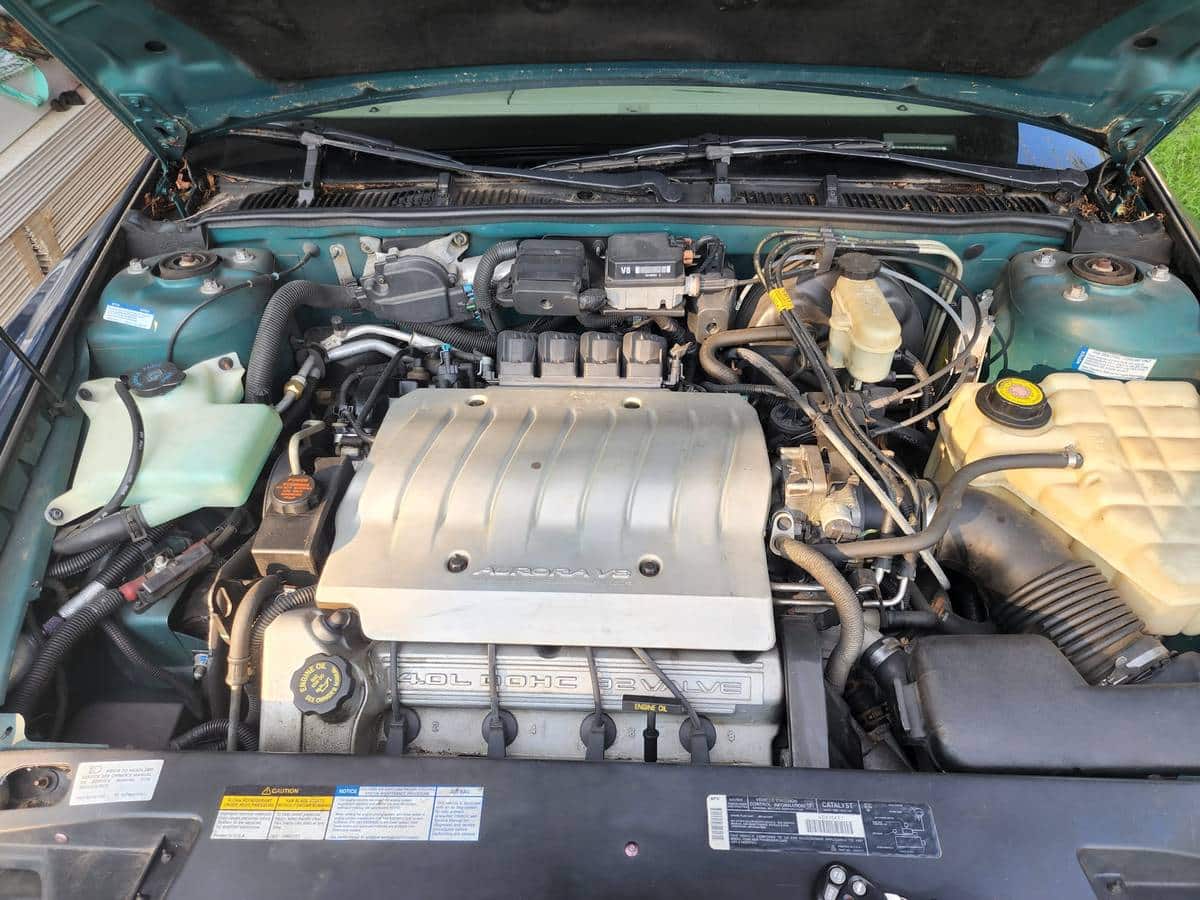 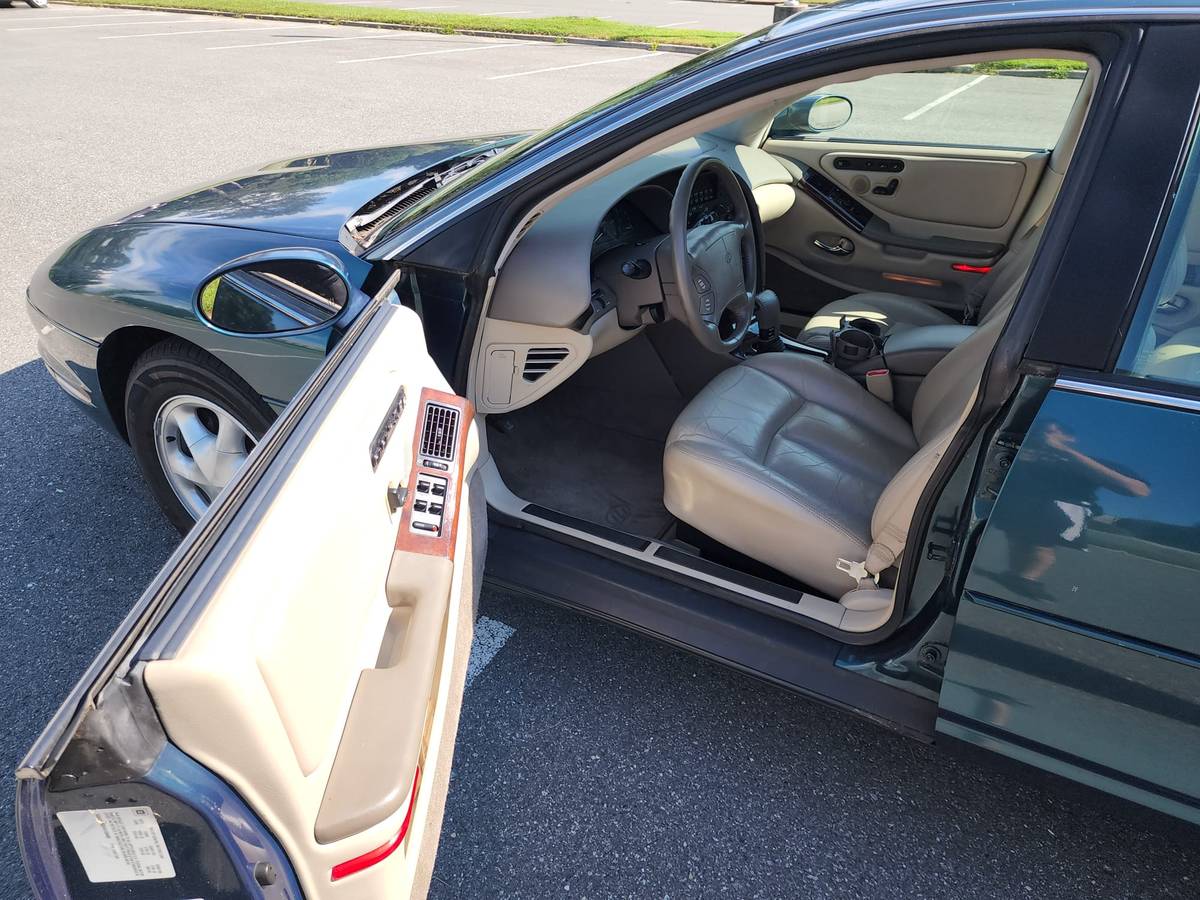 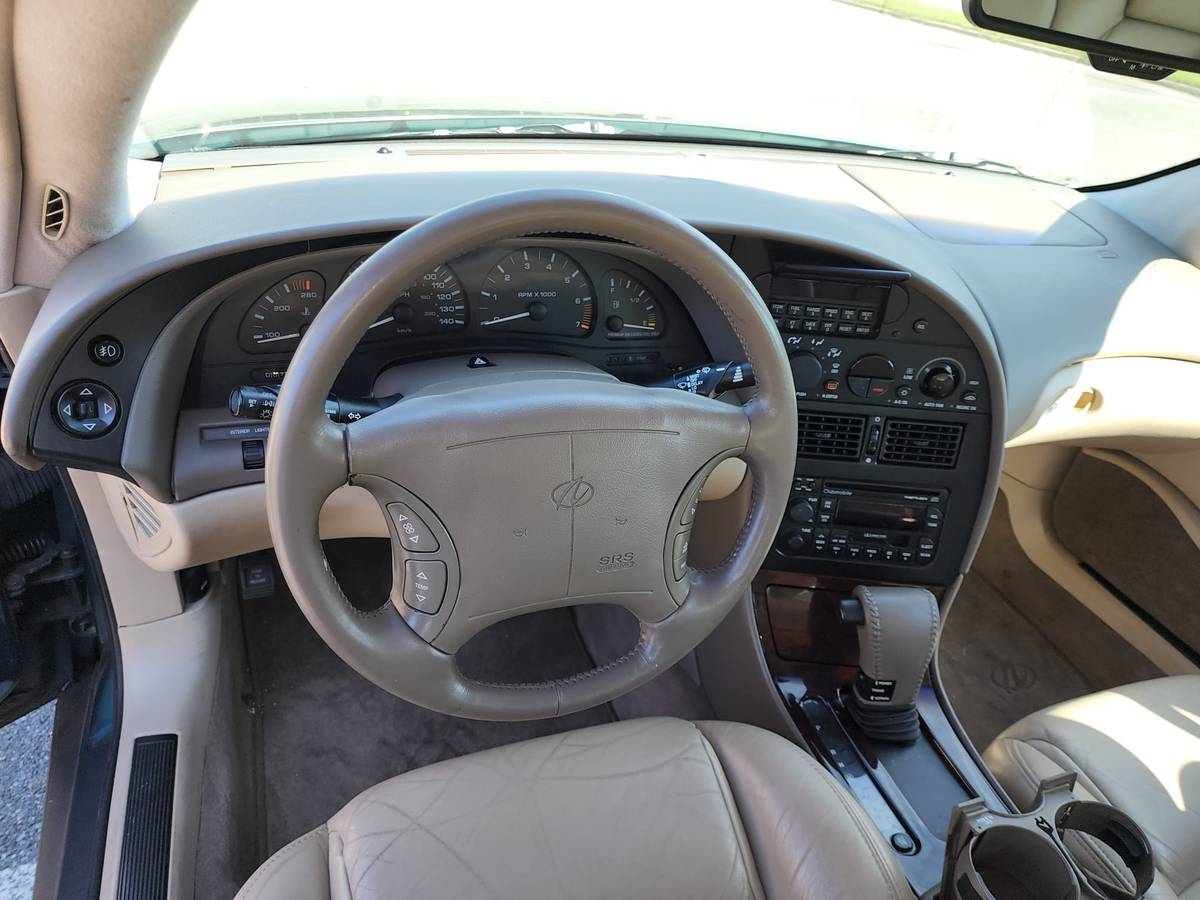 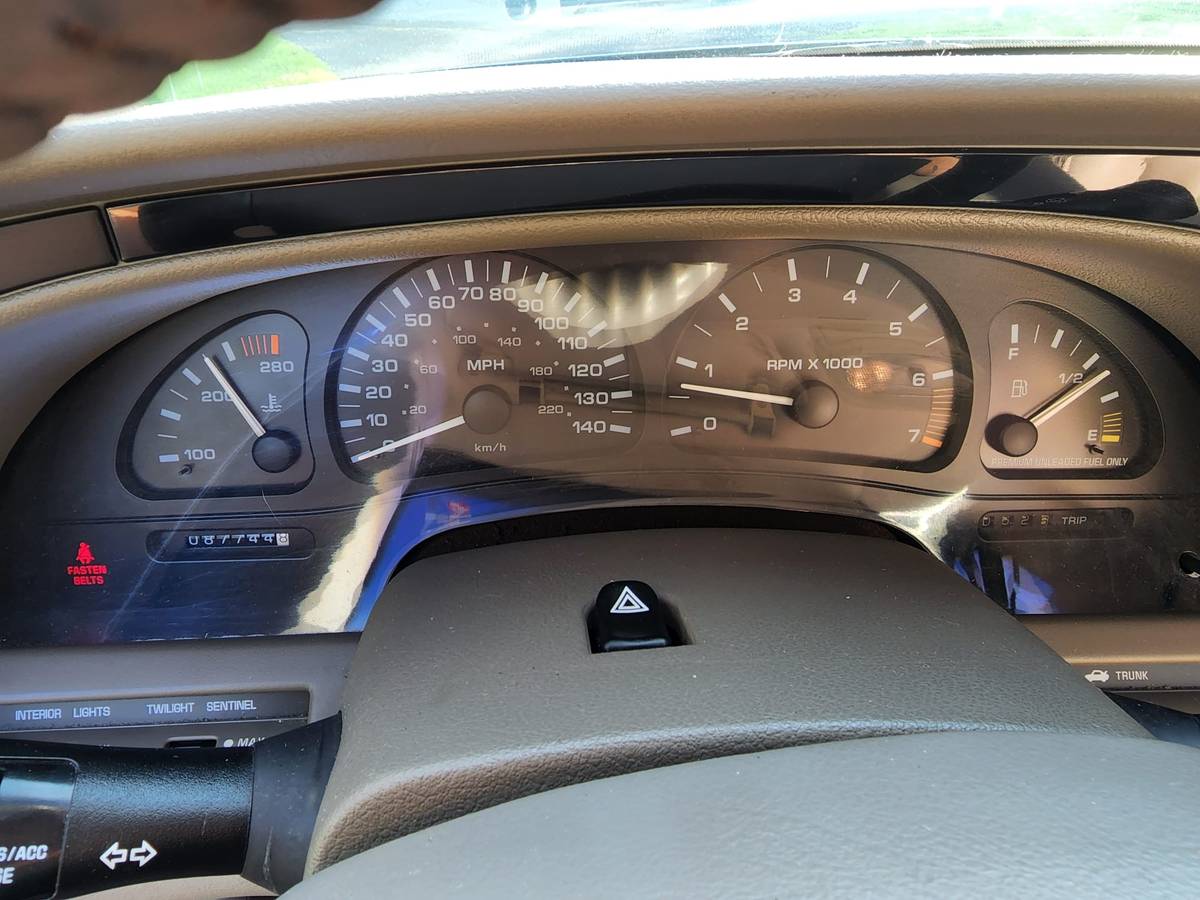 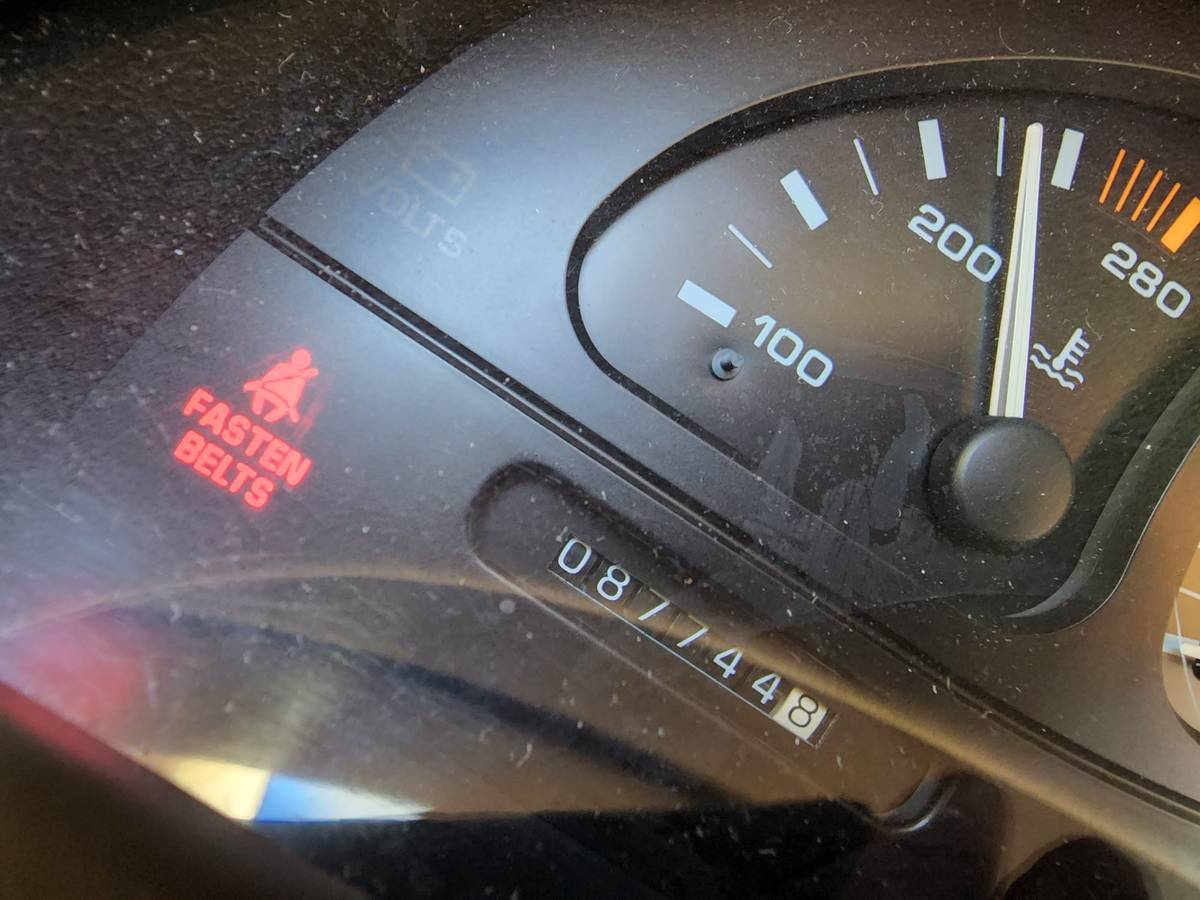 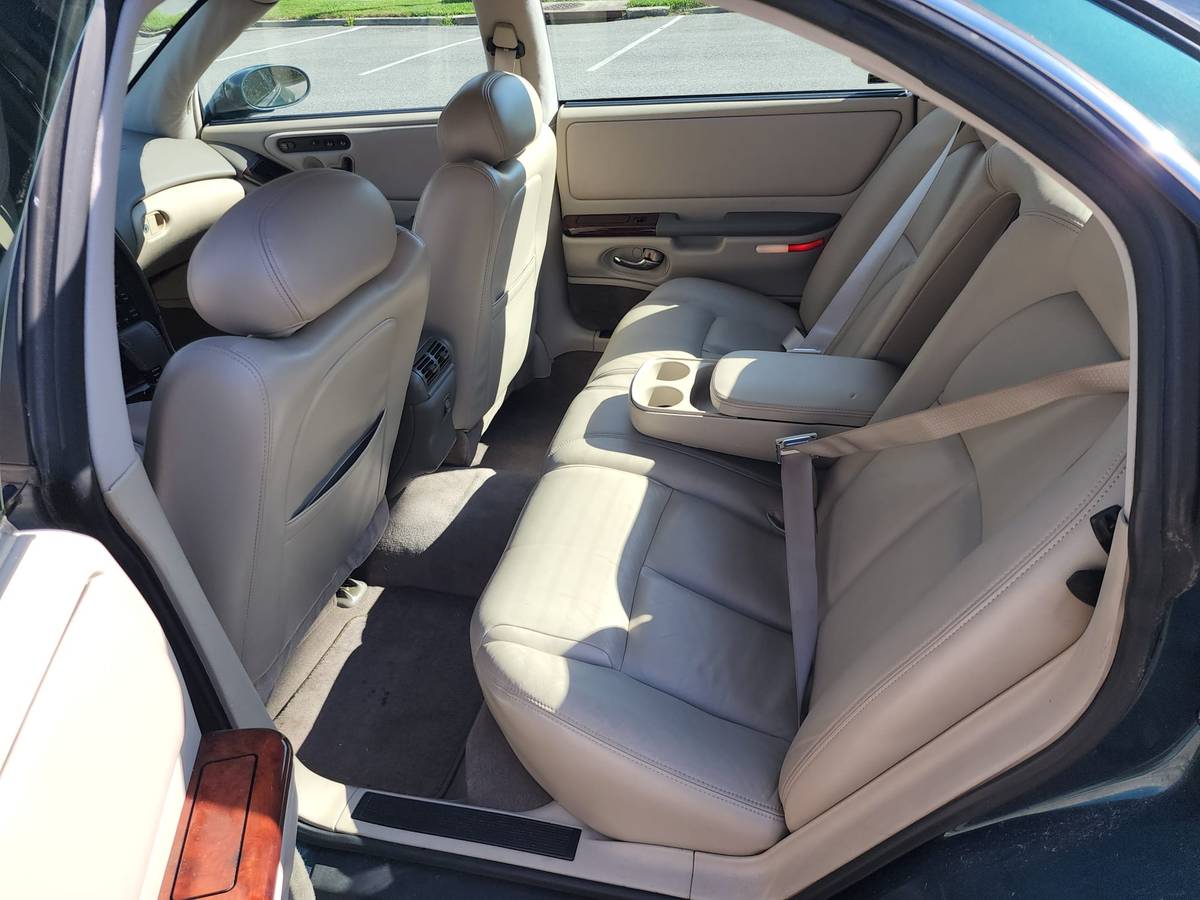 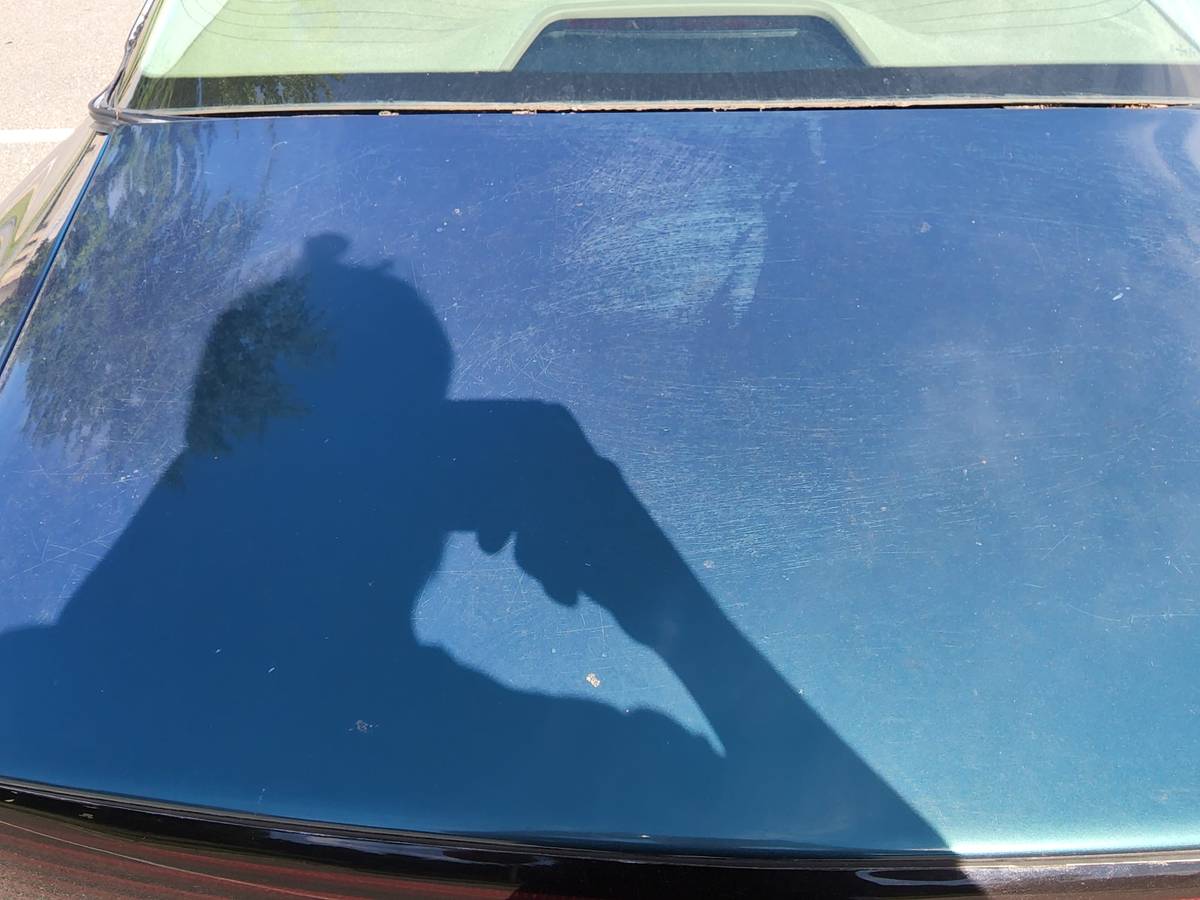 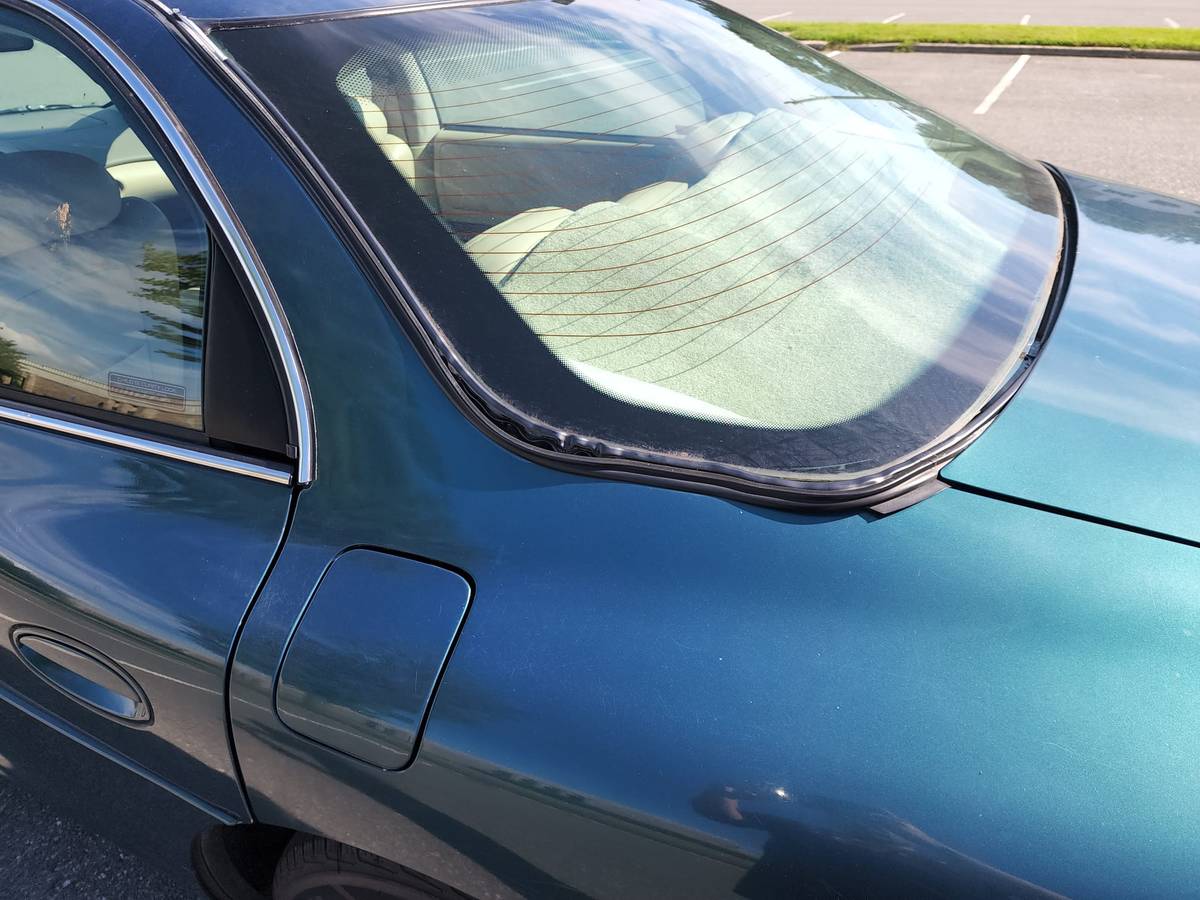 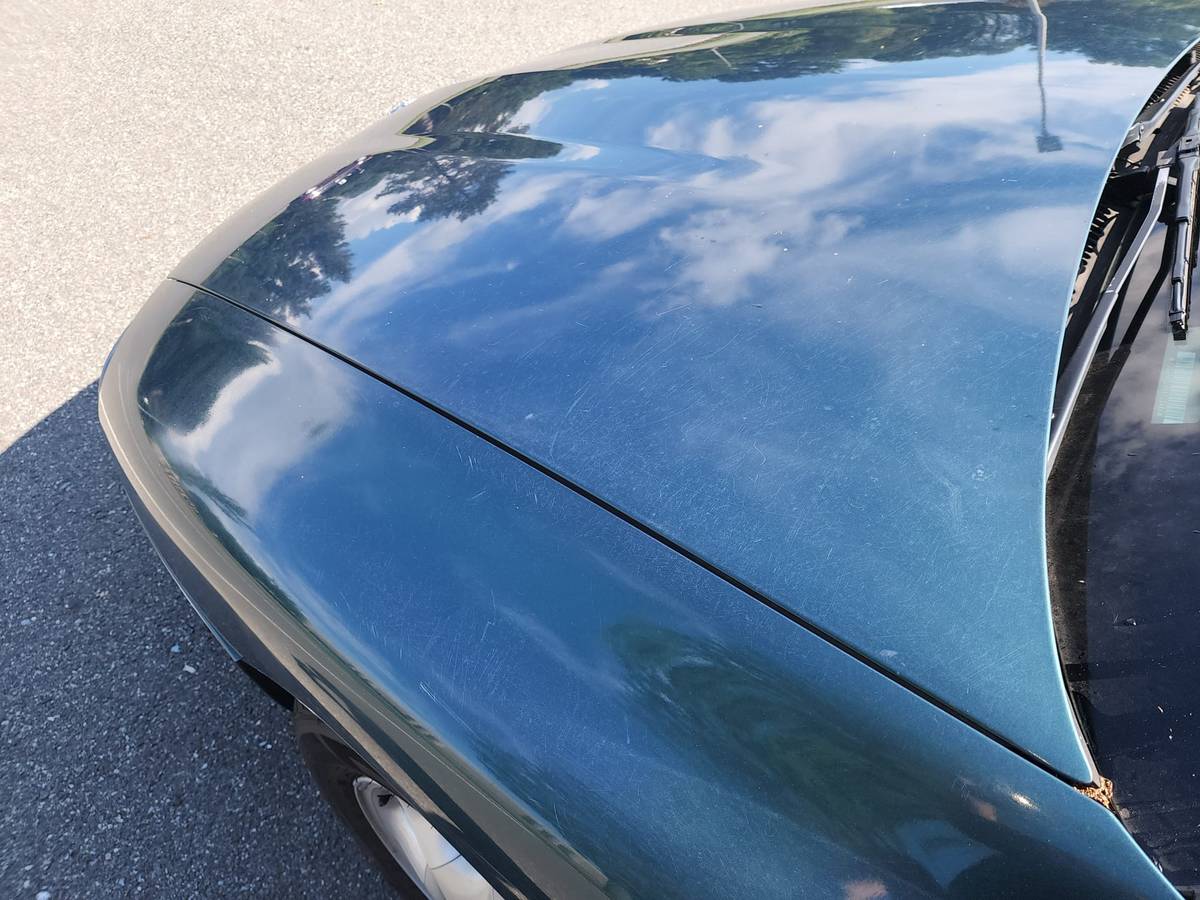 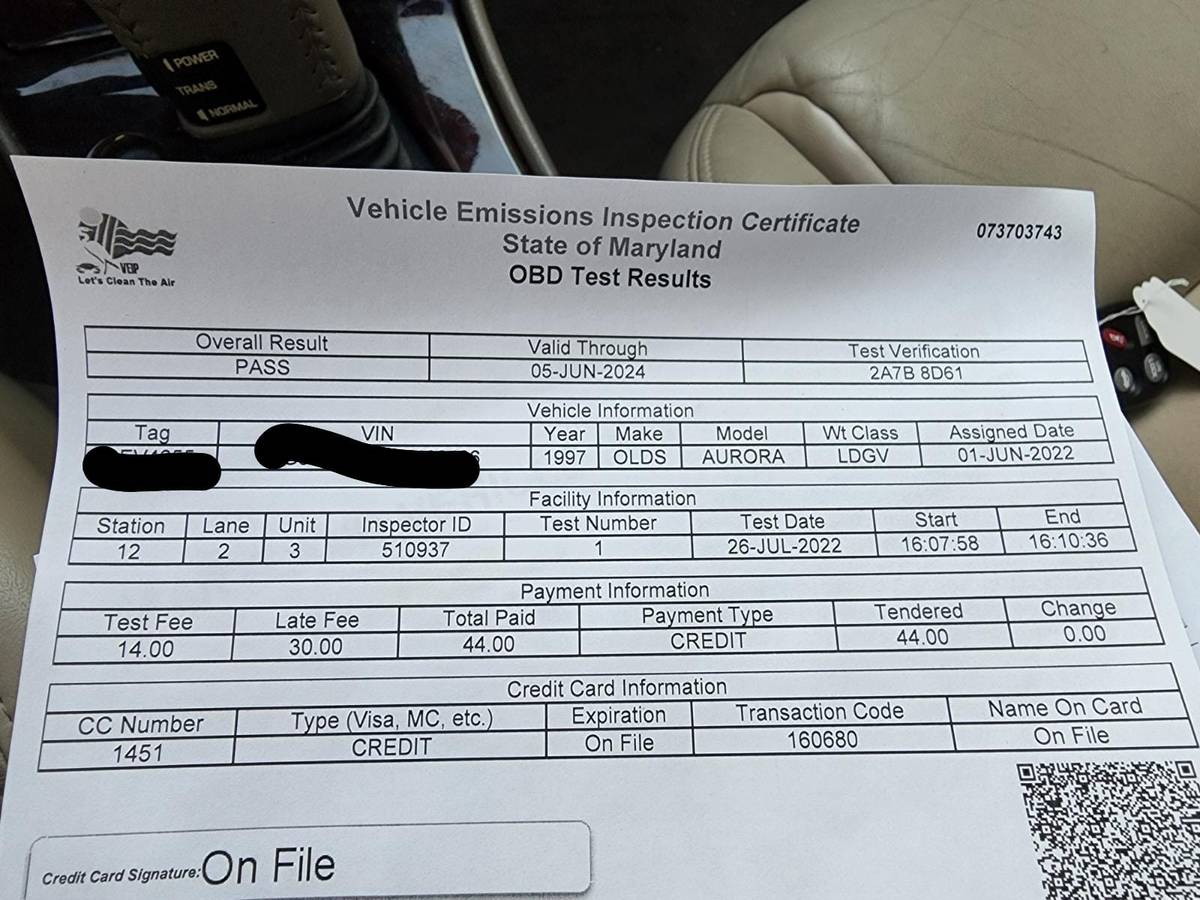 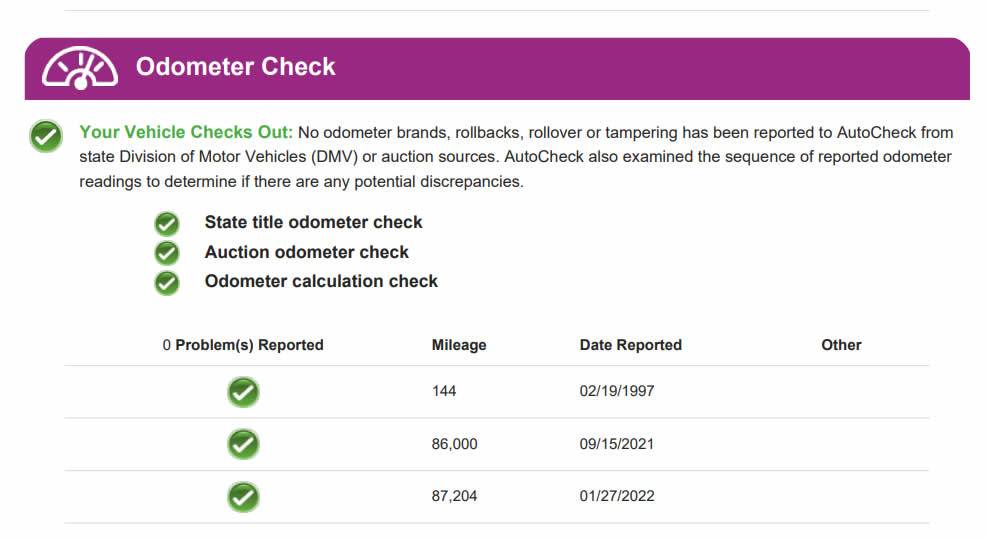 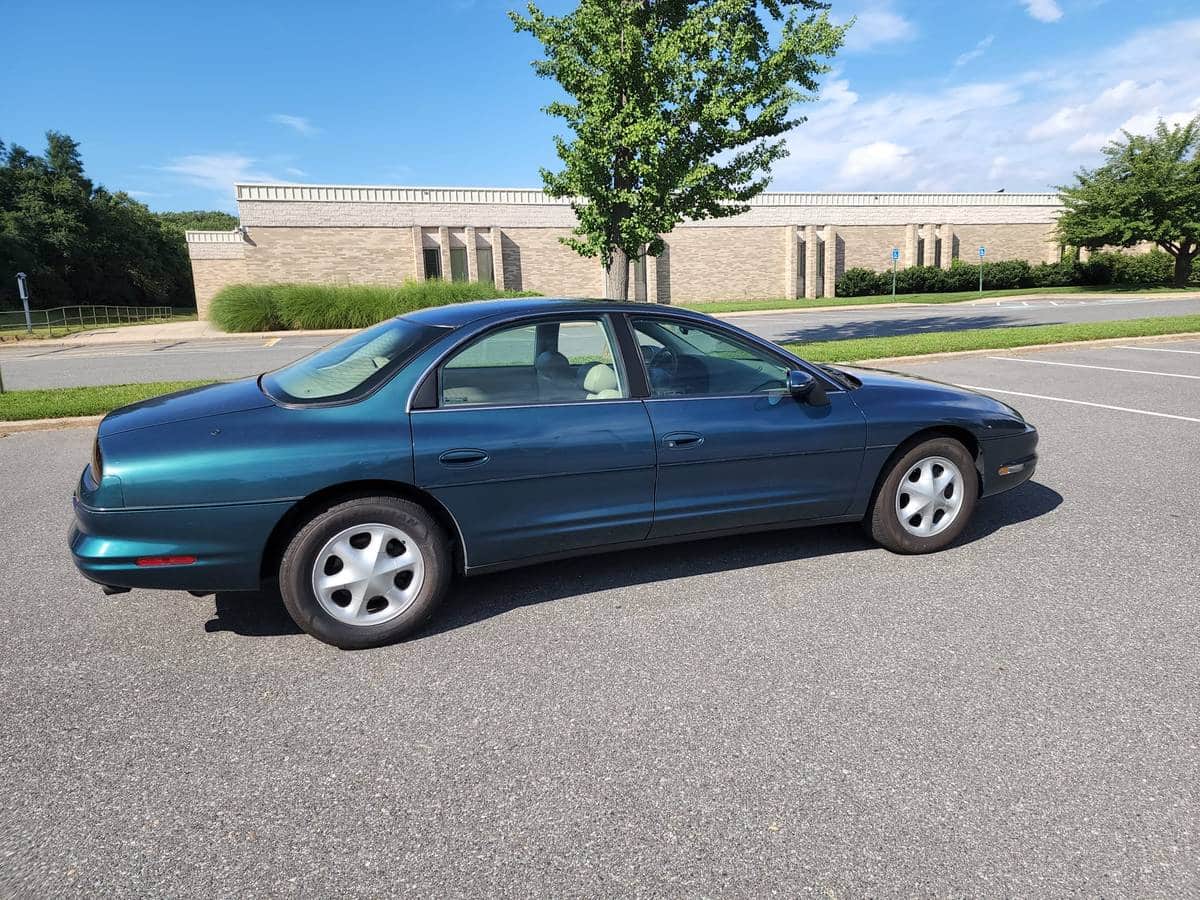 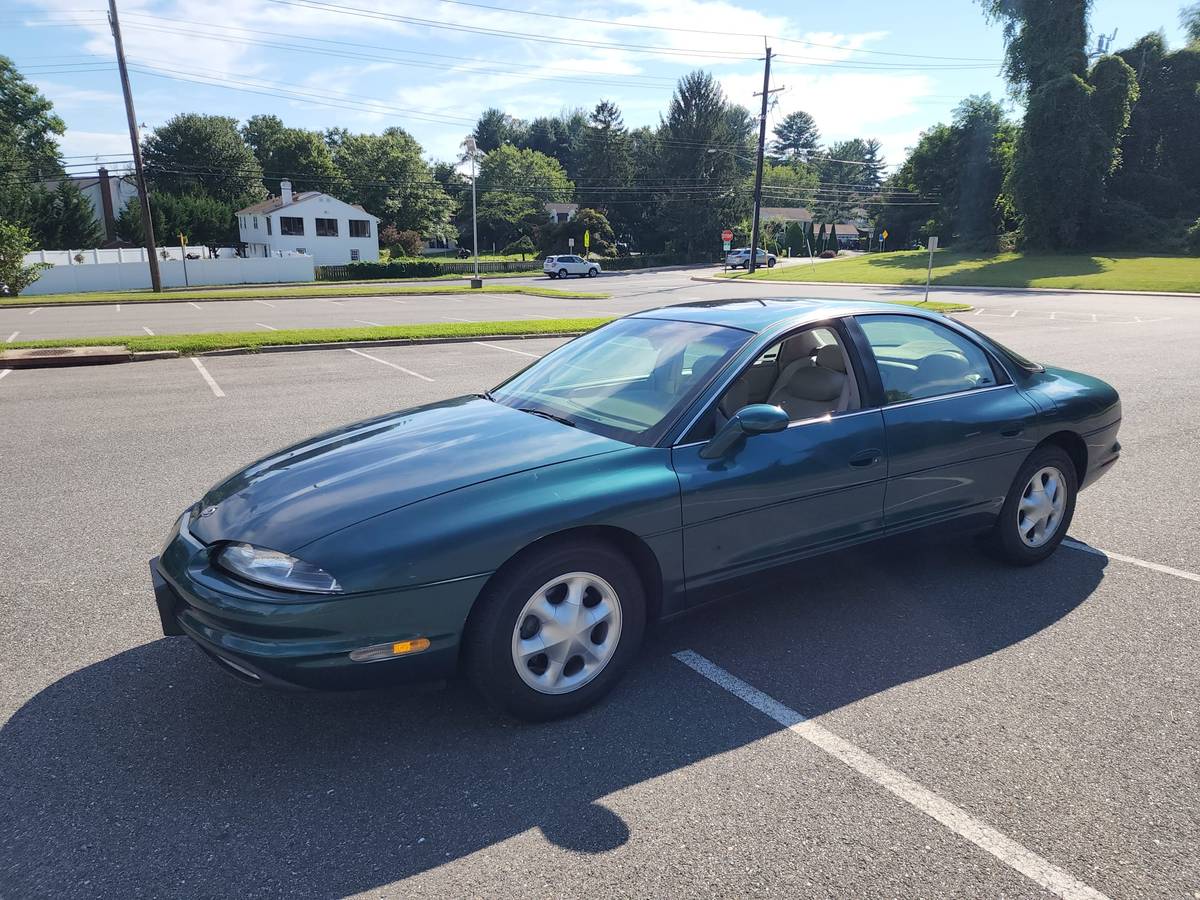 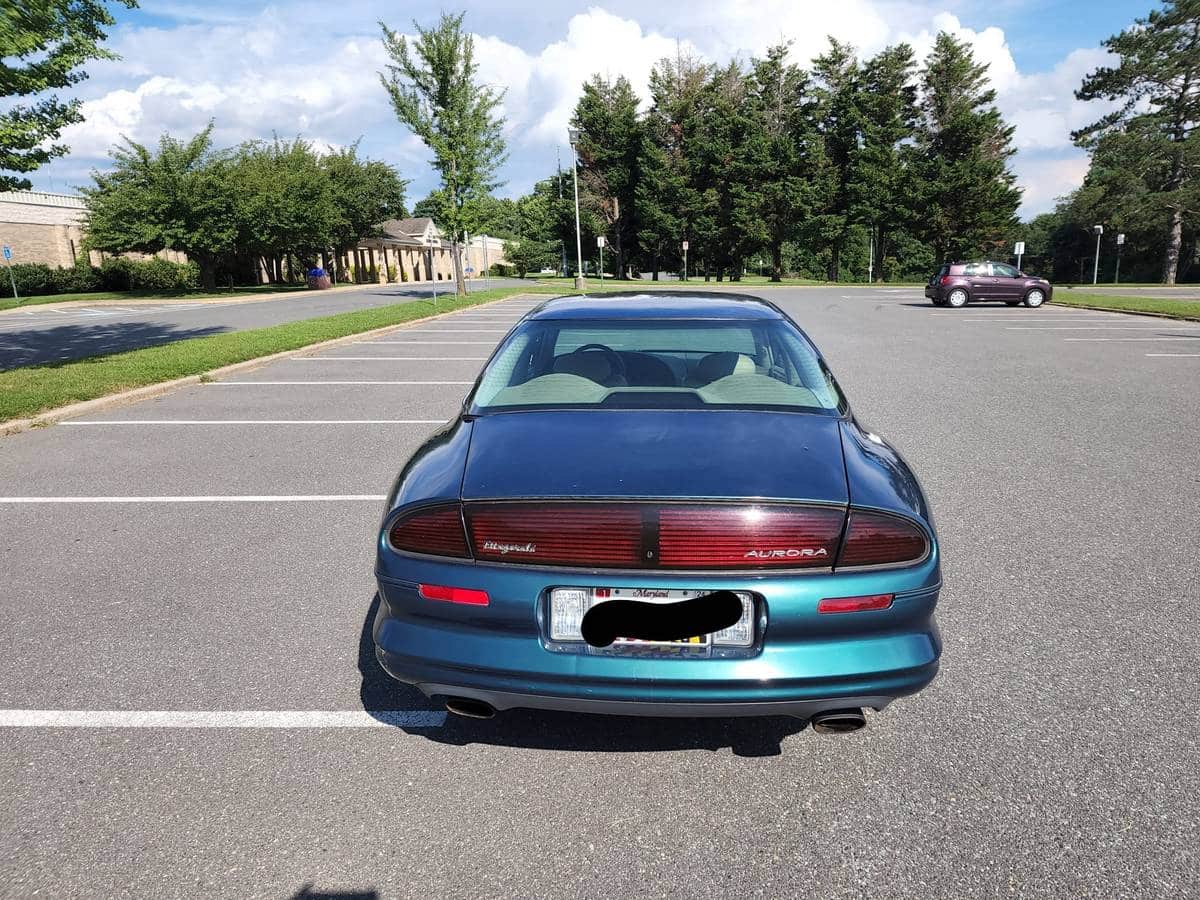 Attractive styling and Double Overhead Cam V8 power wrapped in a luxurious performance sedan designed to compete against German and Japanese rivals of the time. Sounds like a winning combination until you open the hood. The transversely-mounted, V8-powered, front-wheel-drive Aurora was supposed to be Oldsmobile’s savior. Unfortunately, it wound up being the iconic automotive brand’s swan song.

Blame it on soft sales or the troublesome Cadillac Northstar-derived V8, but you just don’t see many Auroras on the road anymore.  This dark green over tan leather 1997 Oldsmobile Aurora, originally for sale in July 2022 on Craigslist in Derwood, Maryland (Silver Springs), is reported to be a two-owner, nicely optioned example with only 88K original miles.

Currently offered for $2,500, Classic.com, the analytics and search engine for the collector car market, confirms the ask is well below the five-year rolling average of this guide’s summary for first-generation Auroras produced between 1995 and 1997. The values shown are skewed somewhat by the limited data combined with one low-mileage, rare pace car sale. By clicking on the green dots in the graph below, you can navigate to each comparable car sold as a way to help you evaluate the price of the Aurora featured here:

To revitalize the brand, Oldsmobile launched the stylish Aurora luxury sports sedan in 1994 as a 1995 model.  At the time of production, the Aurora was the flagship vehicle in the Oldsmobile lineup. It originated as the 1990 Cadillac Aurora concept using an Allante 4.5 V8 engine variant and all-wheel drive.  The Aurora replaced the Toronado personal luxury coupe and eventually the Oldsmobile 98, LSS, and Regency. Auroras only came equipped with a four-speed automatic transmission.

By Aurora’s introduction, Oldsmobile sales had fallen from a record high of 1,066,122 in 1985 to 402,936 in 1993. Acura, Infiniti, and Lexus competition offered similar products that benefited from superior durability and reliability reputations. The Aurora bore no Oldsmobile badging save for the radio-CD-cassette deck and engine cover. Instead, the Aurora used a stylized A emblem, foreshadowing a similar restyling of Oldsmobile’s corporate “rocket” emblem for 1997.

The Aurora went into production on January 24, 1994, and was released for the 1995 model year, featuring dual-zone climate control, driver and front passenger airbags, leather seating surfaces, genuine burl walnut interior accents, a six-speaker sound system with in-dash cd-cassette, and eight-way power-adjustable front seats with 2-position memory. An onboard computer displaying the date, current gas consumption, and other information was also standard and was mounted in the center of the dashboard, above the factory radio and climate controls. Options included a power sunroof, Bose Acoustimass premium amplified sound system, heated front seats, and an Autobahn package.

The Aurora came standard with Oldsmobile’s 4.0 L (244 cu in) L47 V8 engine, a DOHC engine based on Cadillac’s 4.6 L Northstar V8. The Northstar engine and 4T80-E had been exclusive to Cadillac before the Aurora. The L47 put out 250 hp at 5600 rpm and 260 pound-feet of torque at 4400 rpm.  The Aurora used a four-speed automatic transmission with driver-selectable “normal” and “power” shift modes.

There were minor changes for the Aurora in 1997. A new in-dash CD player for the Bose sound system highlighted the improvements. Another new feature was a tilt-down right-outside mirror that enhances the driver’s view of close objects whenever the shifter is placed in reverse. Engineers slightly recontoured the underside of the door handles to minimize slipping fingers when the handles are pulled. Seat belt release buttons moved from the face of the buckle to the end for improved convenience. An electronic compass was added to the inside rear-view mirror. Larger front brakes came along with cast aluminum front control arms and steering knuckles. The rear ashtray assembly was changed from a click-lock face to a pull-up face.

With only a two-owner history, a recently passed emissions test, and relatively minor cosmetics needed to update this 1997 Oldsmobile Aurora, on the surface, there seems to be a lot of well-optioned car here for the money.

The front side passenger window doesn’t go down or up and the trunk needs new lift supports, sunroof work great but part of the sunroof cover fabric is sagging (see the last picture) Radio works great, cool AC, and no warning lights.

The front and back of the car have several scratches

Overall, mechanically the car is in great shape but it has minor flaws that are easy and not expensive to fix.“

Cult Classic or Used Car: What’s your take on this 1997 Oldsmobile Aurora?  Please comment below and let us know!