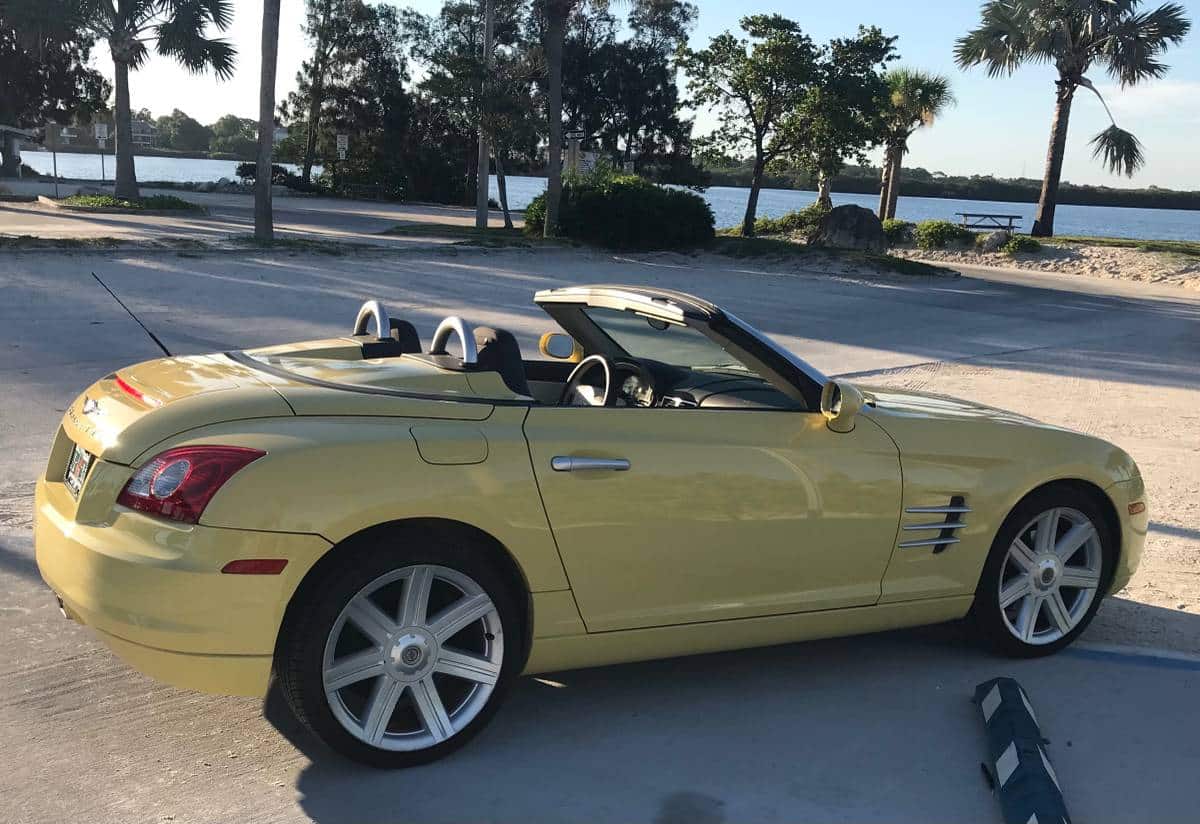 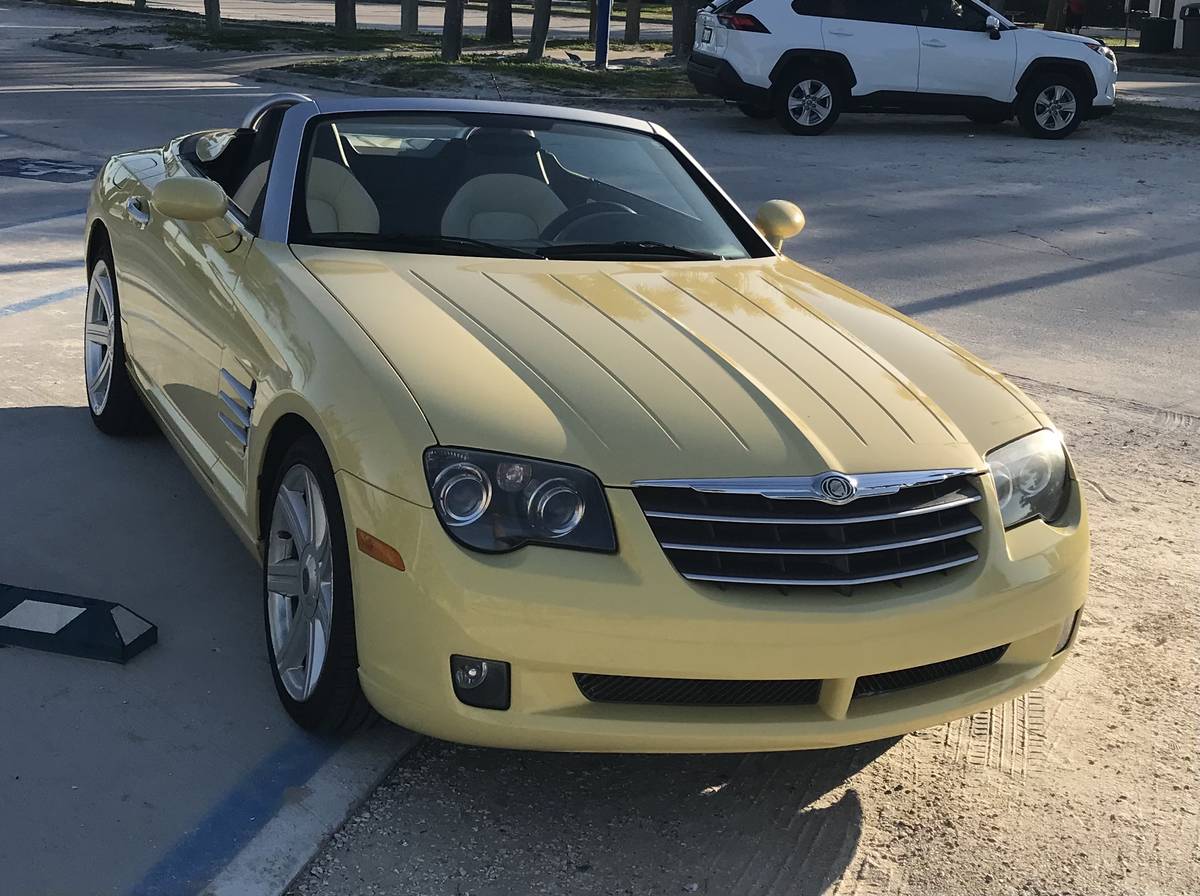 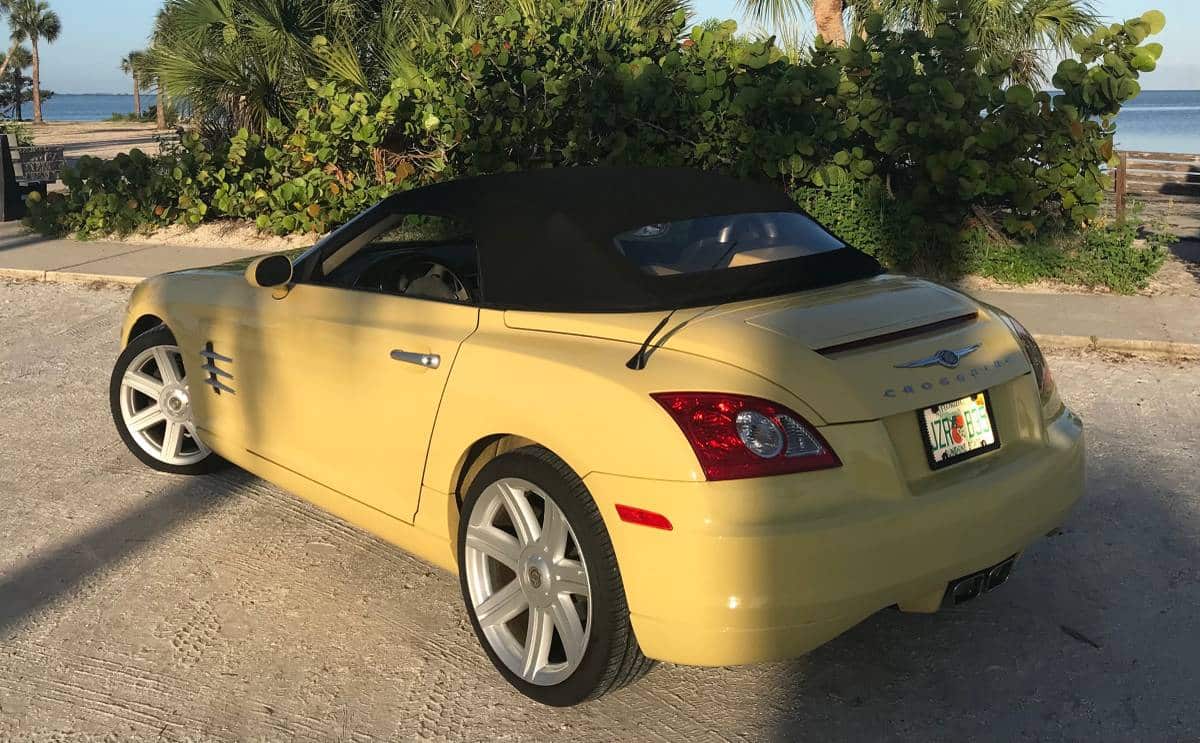 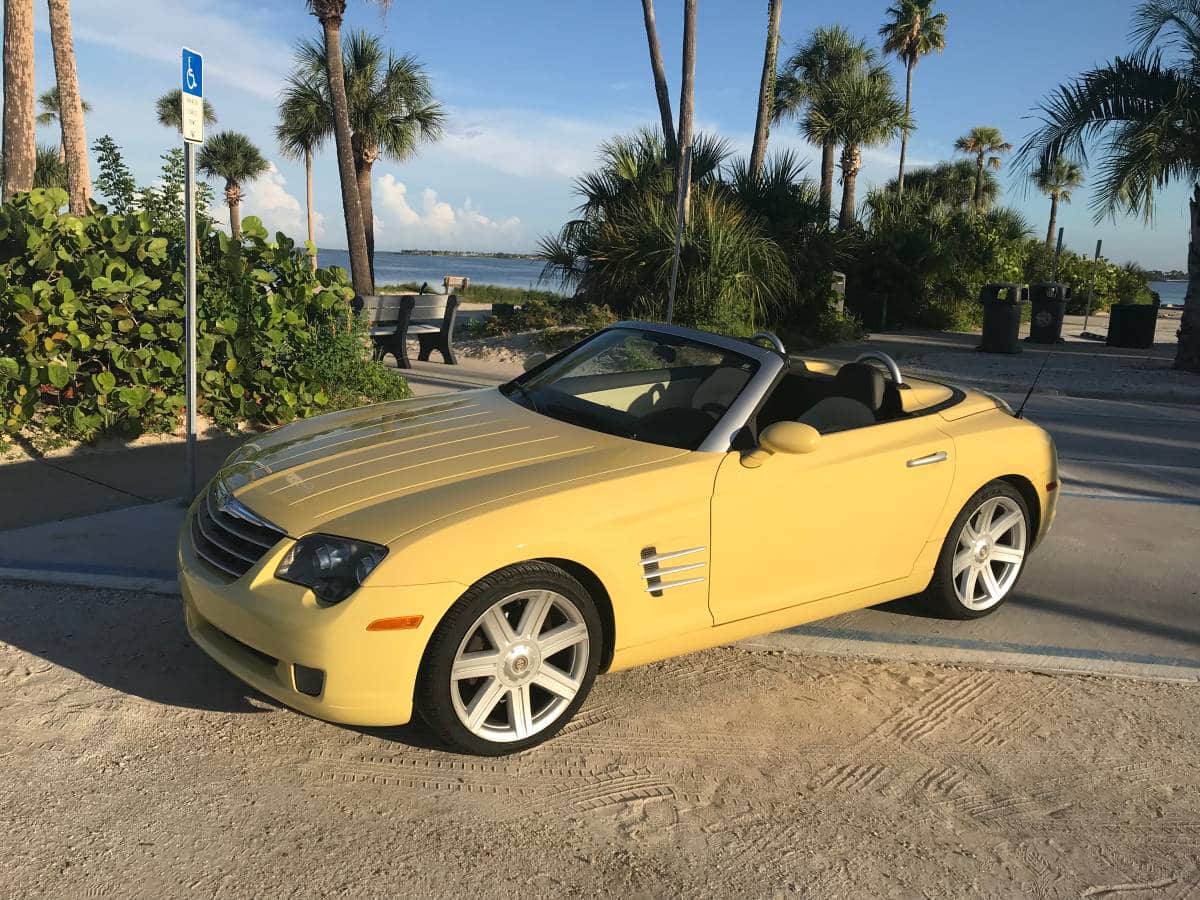 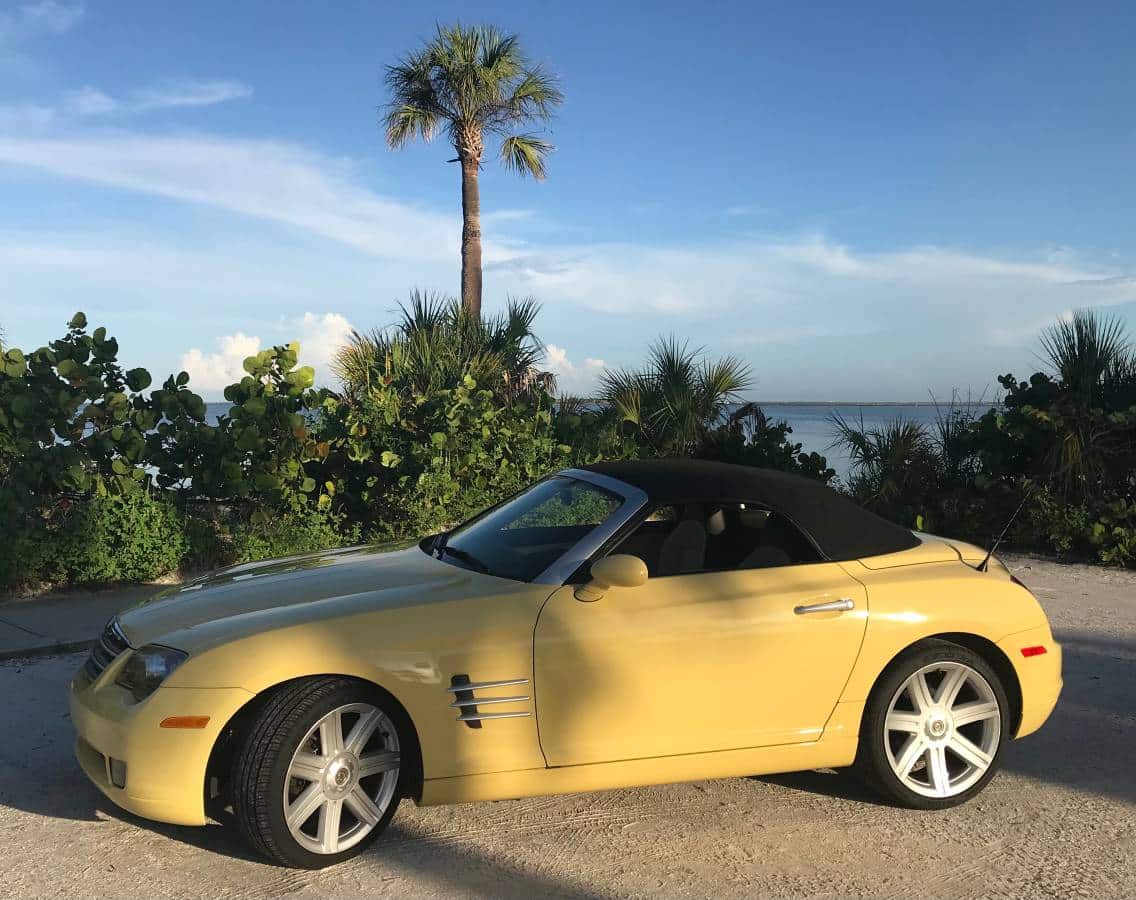 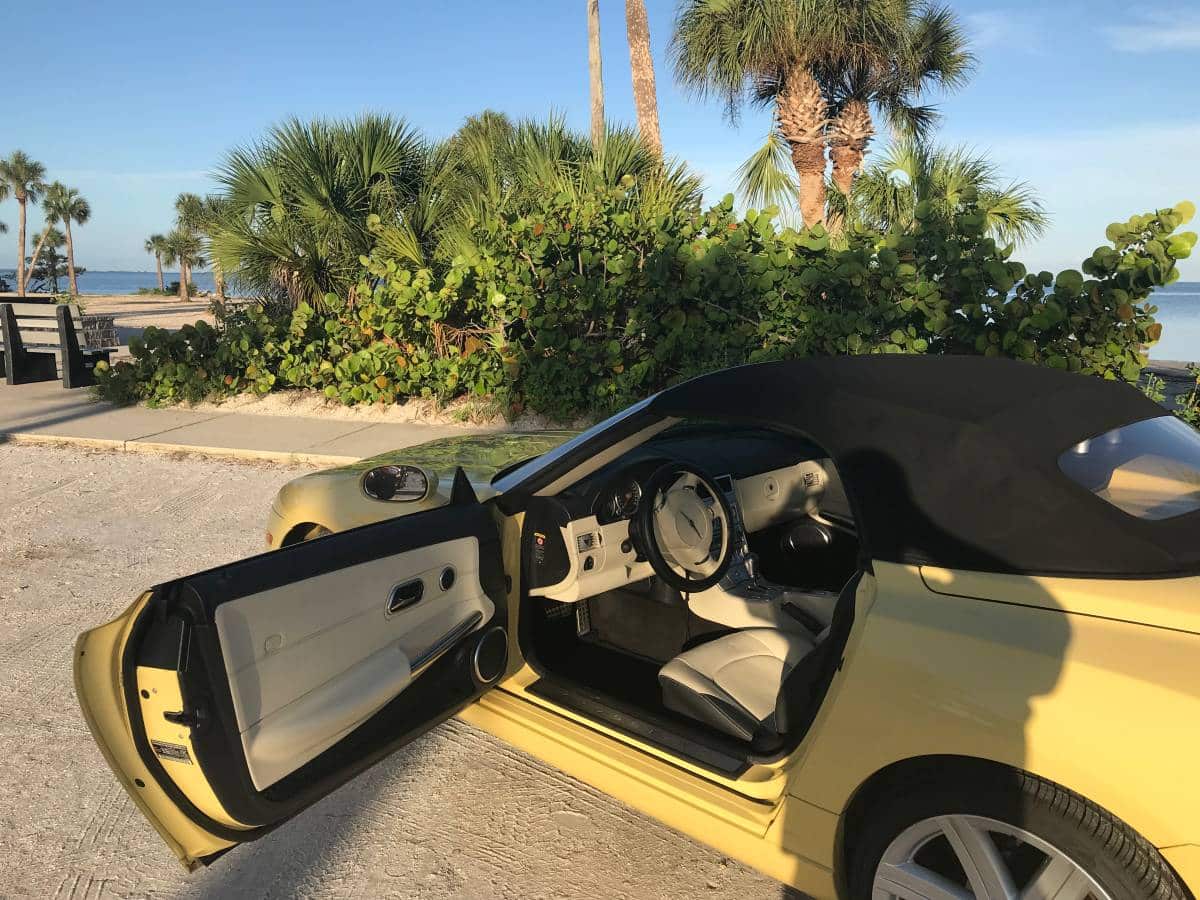 August 11, 2022, Update – We confirmed the seller of this “Classifind” deleted their listing, so we’re now able to call this one “SOLD!” While this one got away, please reach out either by email or call us directly if you’d like to be informed when we come across something similar.

In general, the late 90s and early 2000s were good years to be a Mopar fan. Chrysler was seemingly cranking out hit after hit, or at least building a variety of interesting models enthusiasts wanted to own. The Chrysler Crossfire was part of this class offering, a byproduct of the failed Daimler-Chrysler marriage that shared its platform with the Mercedes-Benz SLK. The Crossfire, however, was not a commercial success, and cars like this rare “Canary Yellow” model originally listed in July 2022 on Craigslist in Tarpon Springs, Florida, remind us of what might have been if the 2008 financial crisis hadn’t hit. The seller is asking $9,800 on a car with 46,000 miles, and comparing that price against the Classic.com model guide shows us that the average sale price is around $14,751, so the seller’s ask seems quite fair:

The Daimler-Chrysler marriage was a rocky one from the start. The plans to inject Chrysler products with the polished road manners of a Mercedes-Benz E-Class never quite materialized, even though models like the Magnum and Charger sold surprisingly well. Was there a dose of German quality in the chassis that made them popular with consumers? Hard to tell, given most of those cars were driven hard and put away wet. The Crossfire shared its chassis DNA with the Mercedes SLK roadster, and while that certainly gave it some respectable underpinnings, it wasn’t enough to convince shoppers they were in the cockpit of greatness. The Crossfire was a looker, retaining a healthy portion of its chiseled looks from the show circuit. However, horsepower was never a strong suit, at least not until the SRT-6 model arrived, and handling didn’t outshine the competition. In sum, it was a good car, but not a great car. Of course, the arrival of the 2008 financial crisis didn’t buoy its chances of long-term success, either.

The seller’s Crossfire is quite pretty, dressed in one of the rarer colors offered by the manufacturer. The Crossfire combined racy looks with features like a speed-activated rear spoiler, which was historically reserved for Porsche models – not a lowly Chrysler product. Though you could order a Crossfire with a manual gearbox, this one has the optional automatic. The seller describes his car like any other cheap, used convertible, which is unfortunate considering the promise and pedigree that made the Crossfire such an exciting car when it was introduced. Now it’s just a low-buck cruiser with cold air conditioning and a top that is holding up pretty well. Will we ever look at a Crossfire and think that it’s a bargain sports car, just misunderstood? Perhaps the SRT model with three pedals will someday strike us that way, but the standard model with an automatic is merely a nice alternative to a V6 Mustang.

Destined for greatness: Will the Chrysler Crossfire become a collectible in its golden years?