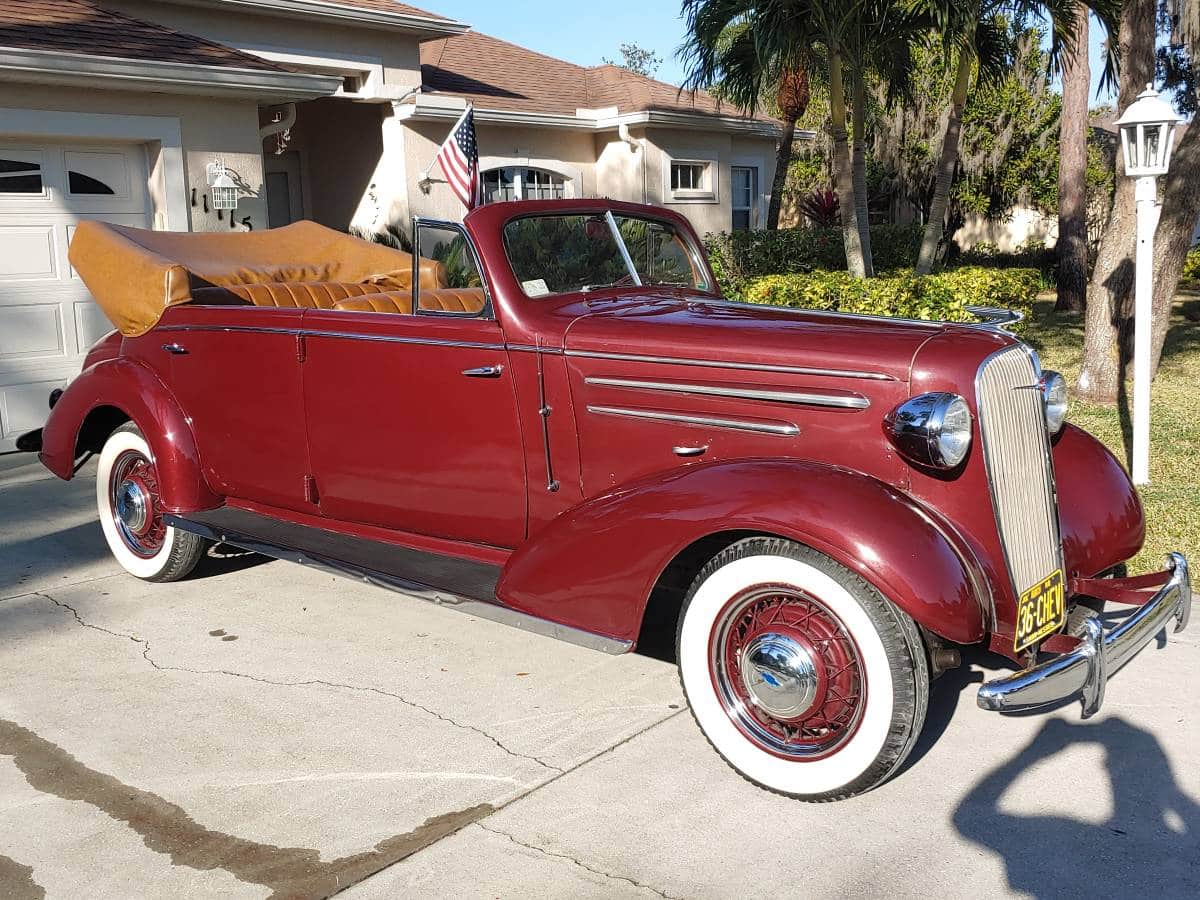 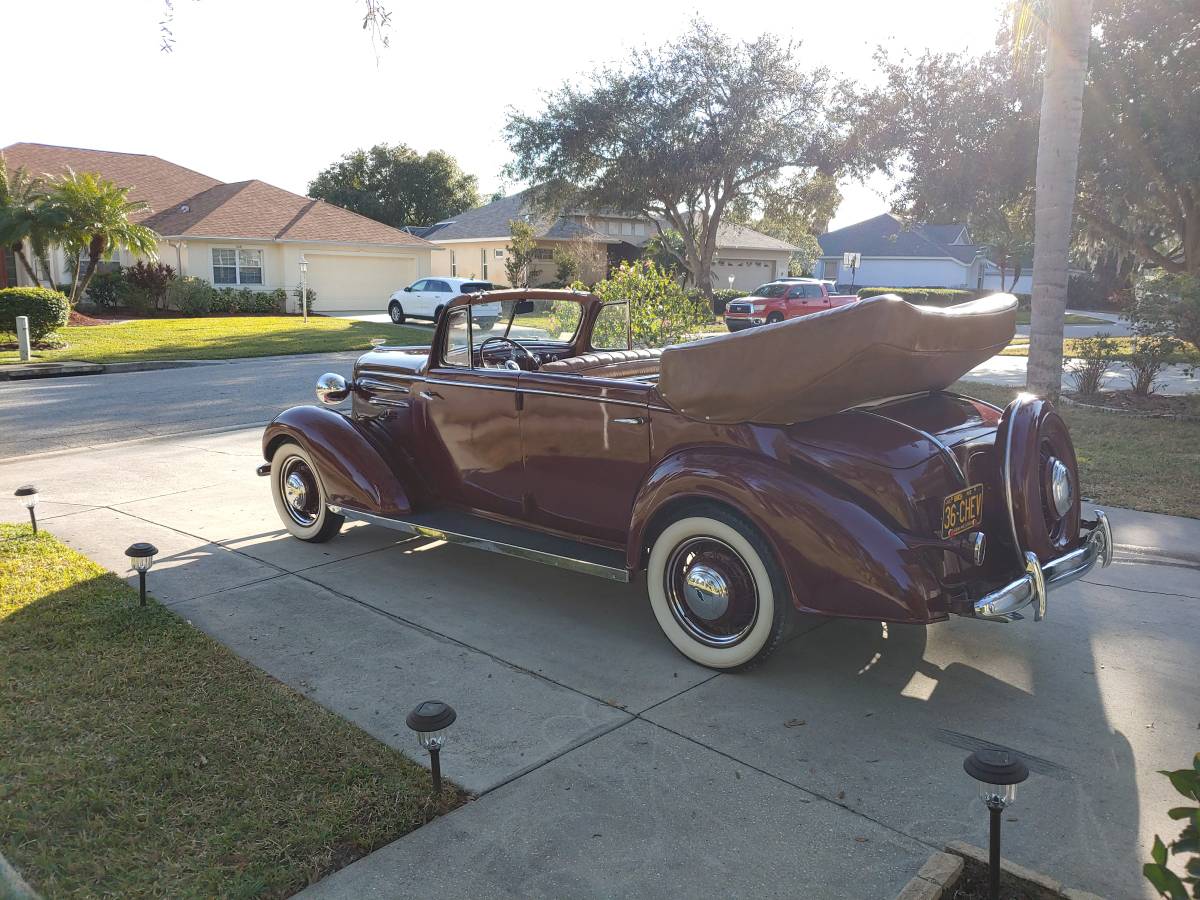 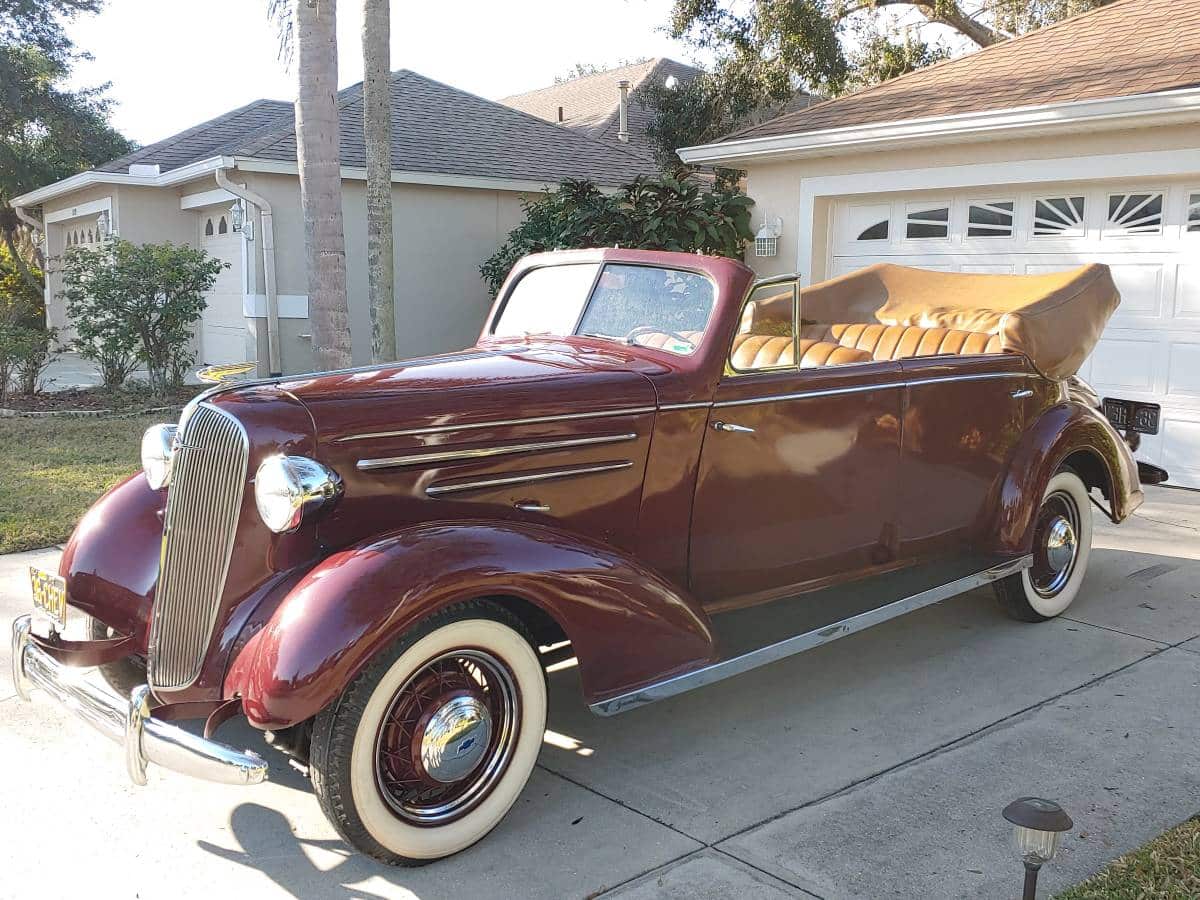 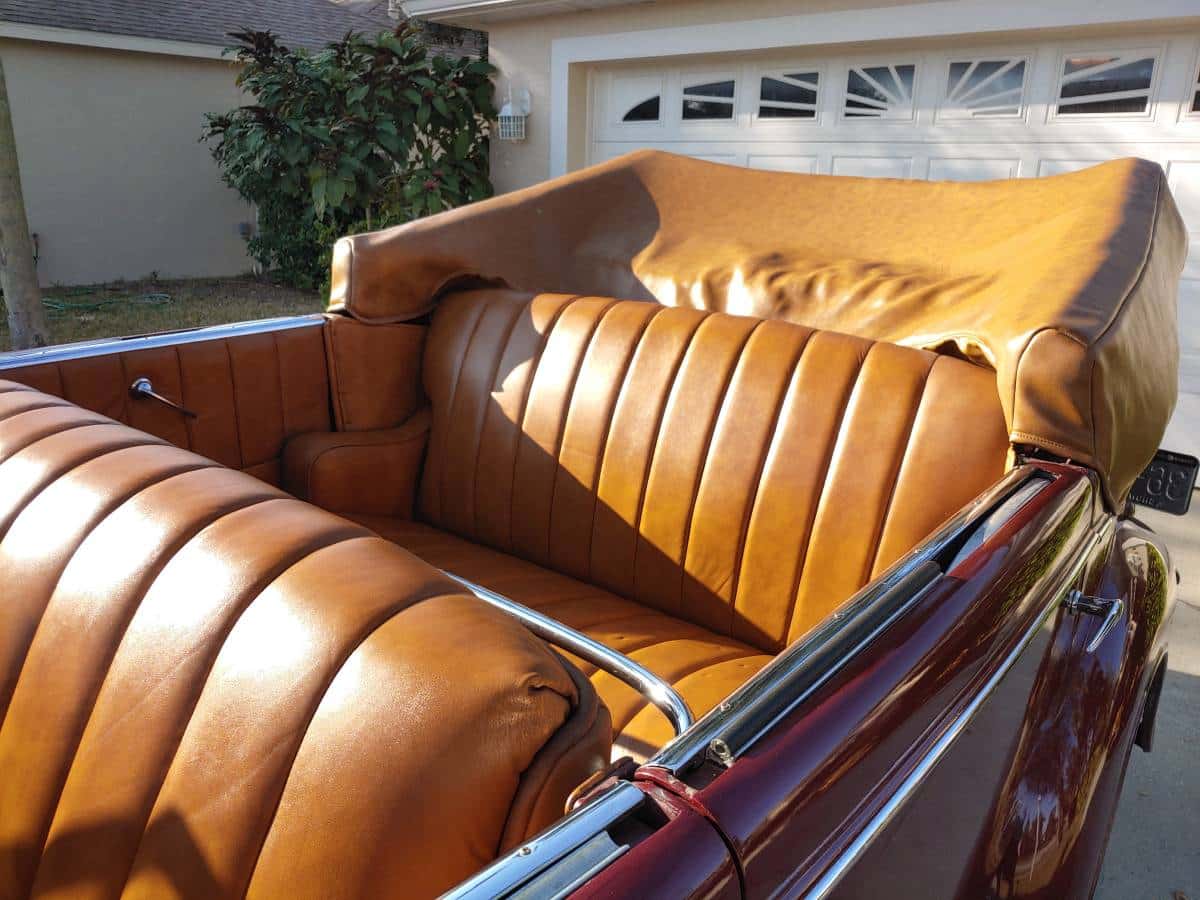 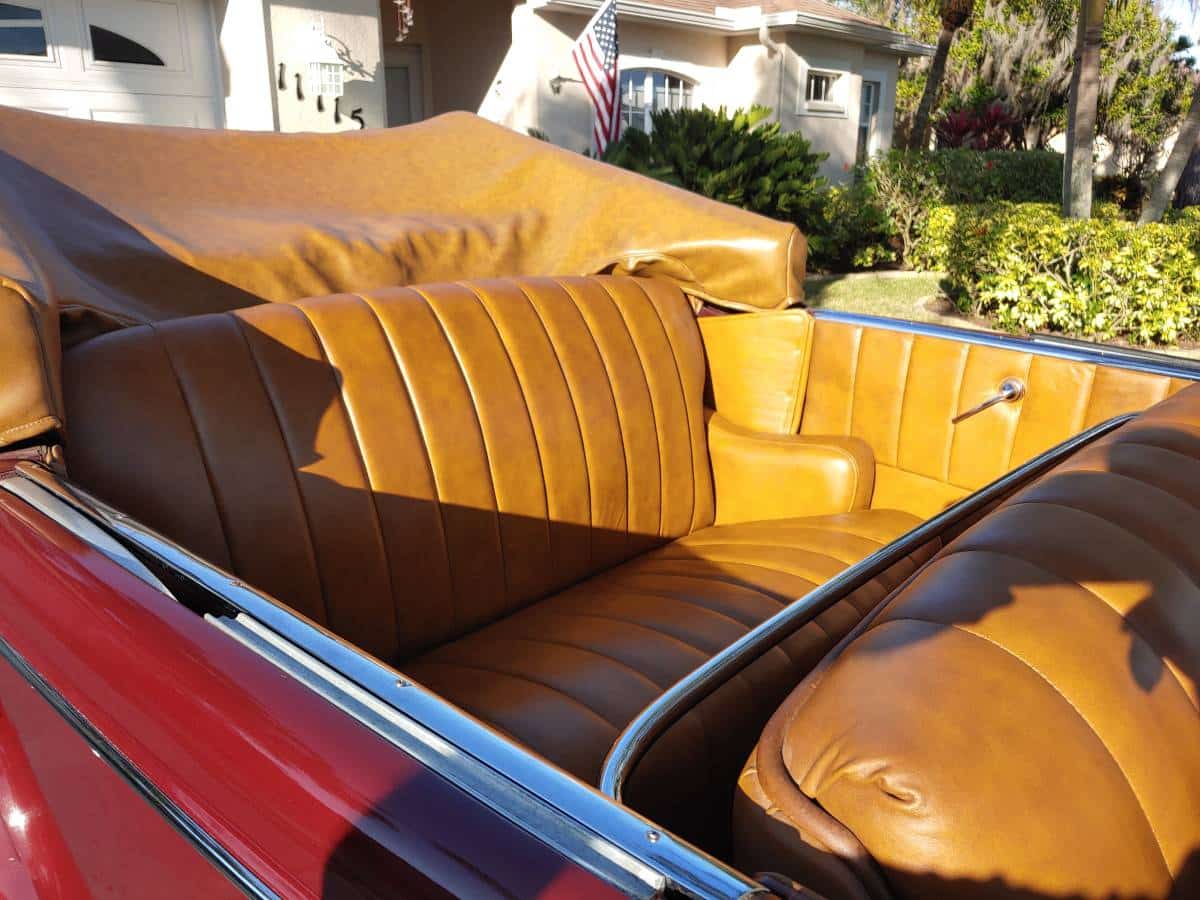 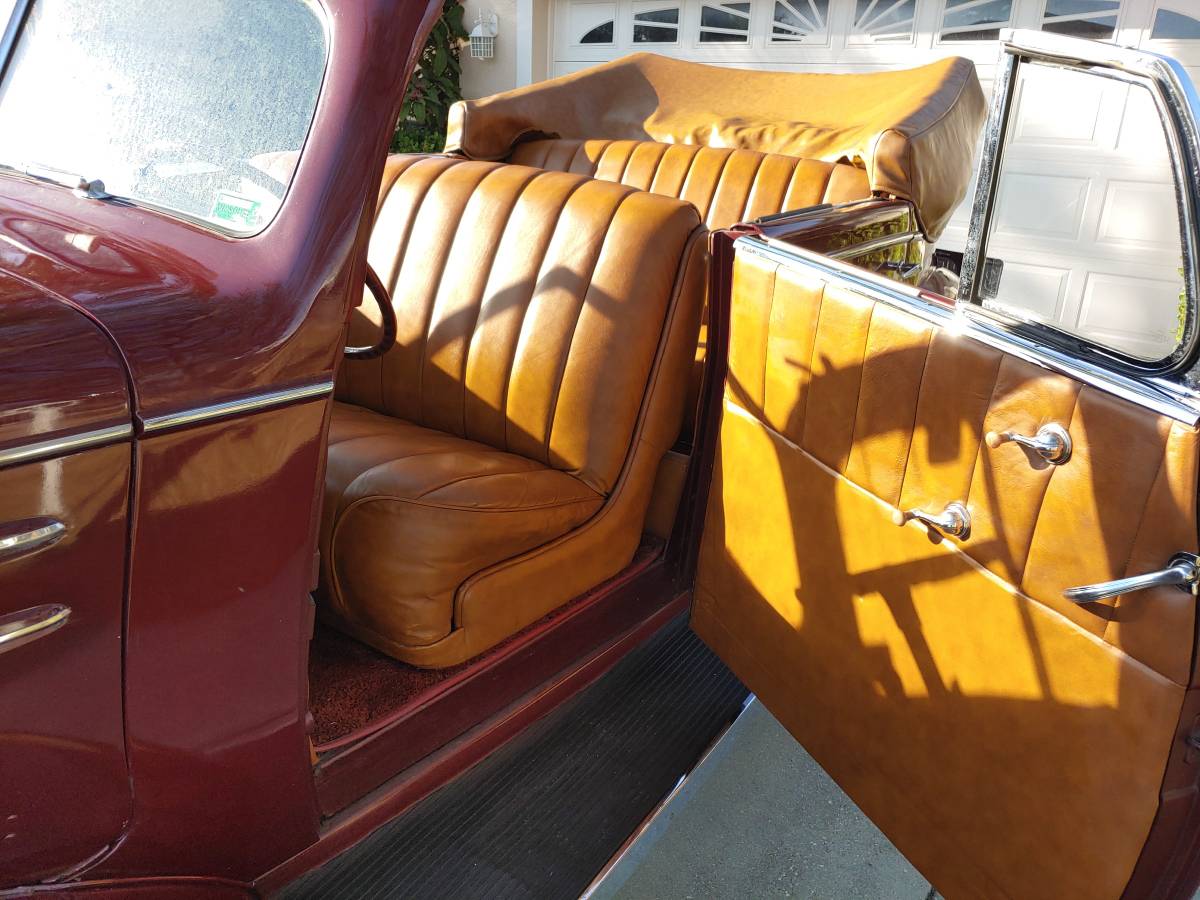 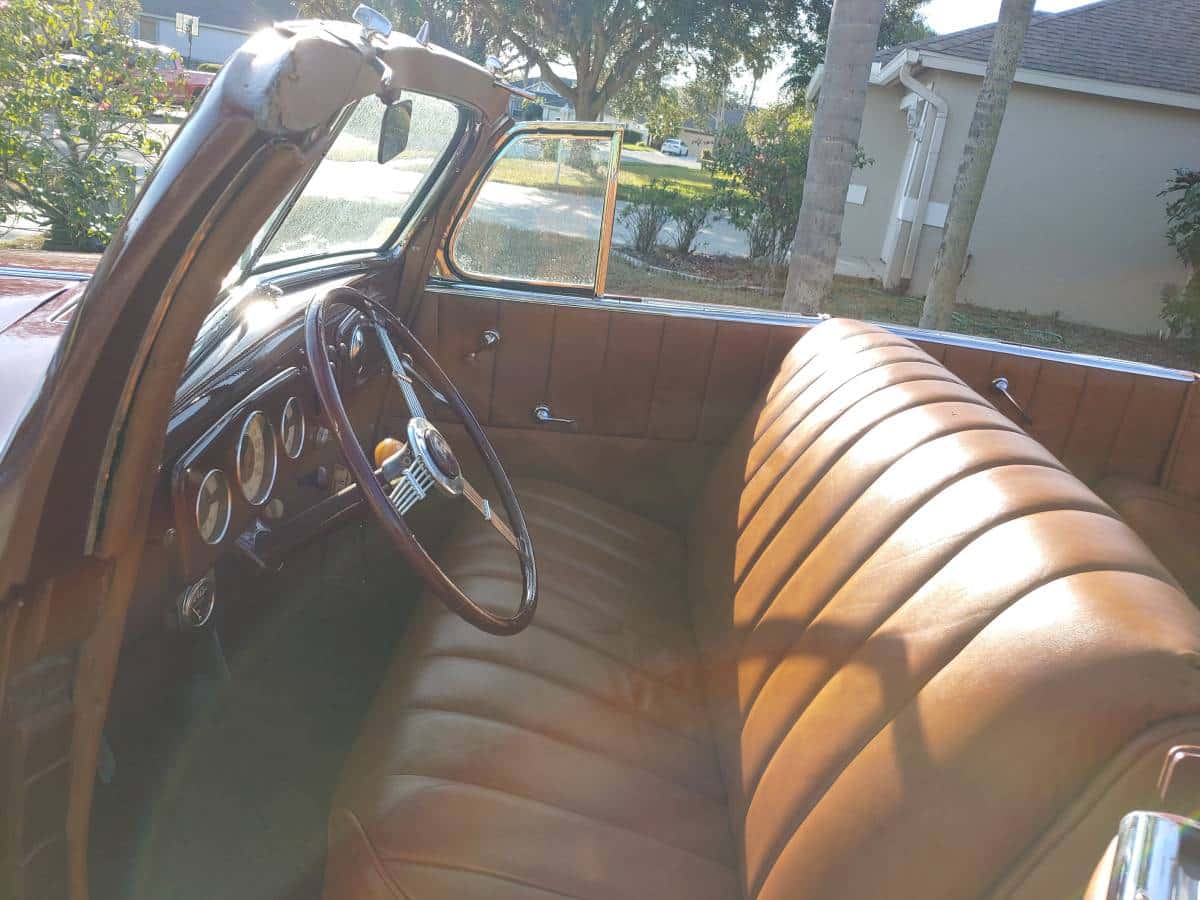 Most convertibles simply have a presence that many people notice when the car’s top is lowered, and it’s a nice day.  Four-door-convertibles, as rare as they are, raise that allure even more.  This restored 1938 Chevrolet four-door Cabriolet currently listed here on Craigslist in Sarasota, Florida, is said to be one of only two in the world.  You’ll need to confirm with the seller whether that means only two exist today or, in fact, Chevrolet only produced two such models in 1936.

Currently offered for $55,000, Classic.com, the analytics and search engine for the collector car market, confirms the ask is slightly below the five-year rolling average of this guide’s summary for all body styles and trim levels of 1936 Chevrolets.  By clicking on the green dots in the graph below, you can navigate to each comparable car sold as a way to help you evaluate the price of the car featured here:

Chevrolet introduced the Master & Standard series of cars introduced for the 1933 model year. Originally, this new family of cars was launched as the Eagle and Mercury, but by the middle of 1933, Chevrolet renamed them, Master and Standard, respectively. Chevrolet offered this family of cars in sedan and coupe body styles powered by a 3.4L version of the Chevrolet’s well-established ‘Stovebolt Six,’ engine. The Master represented the top Chevrolet offering at the time, while the Standard served duty as the base offering.   For 1936, all Chevrolets took on an upgraded streamlined appearance as Chevrolet sought to take on a new and modern appearance called Art Deco, and Chevrolets shared bodies with the Pontiac Deluxe.

The US Auto Industry YouTube Channel features this 1936 Chevrolet video showing how the brand manufactured its vehicles in the 1930s:

This 1936 Chevrolet Four-Door Cabriolet appears to be a nicely restored example. If you prefer driving something no one else will have at your local car show, this antique Chevy might be the ride for you.

If you are serious about buying this rare Chevrolet, you can start the conversation by either calling or texting the seller at (406) 360-5300.  When you connect, please remember to mention you saw their 1937 Chevrolet four-door cabriolet featured here on GuysWithRides.com. Good luck with the purchase!

“This is a very rare four-door Chevy Cabriolet one of two in the world new numbers matching motor over 12k in motor with less than 100 miles and much much more call for details. Appraised at 80k will look at all offers must go.​“

Show or go: What would you do with this restored 1936 Chevrolet Four-Door Cabriolet?  Please comment below and let us know!