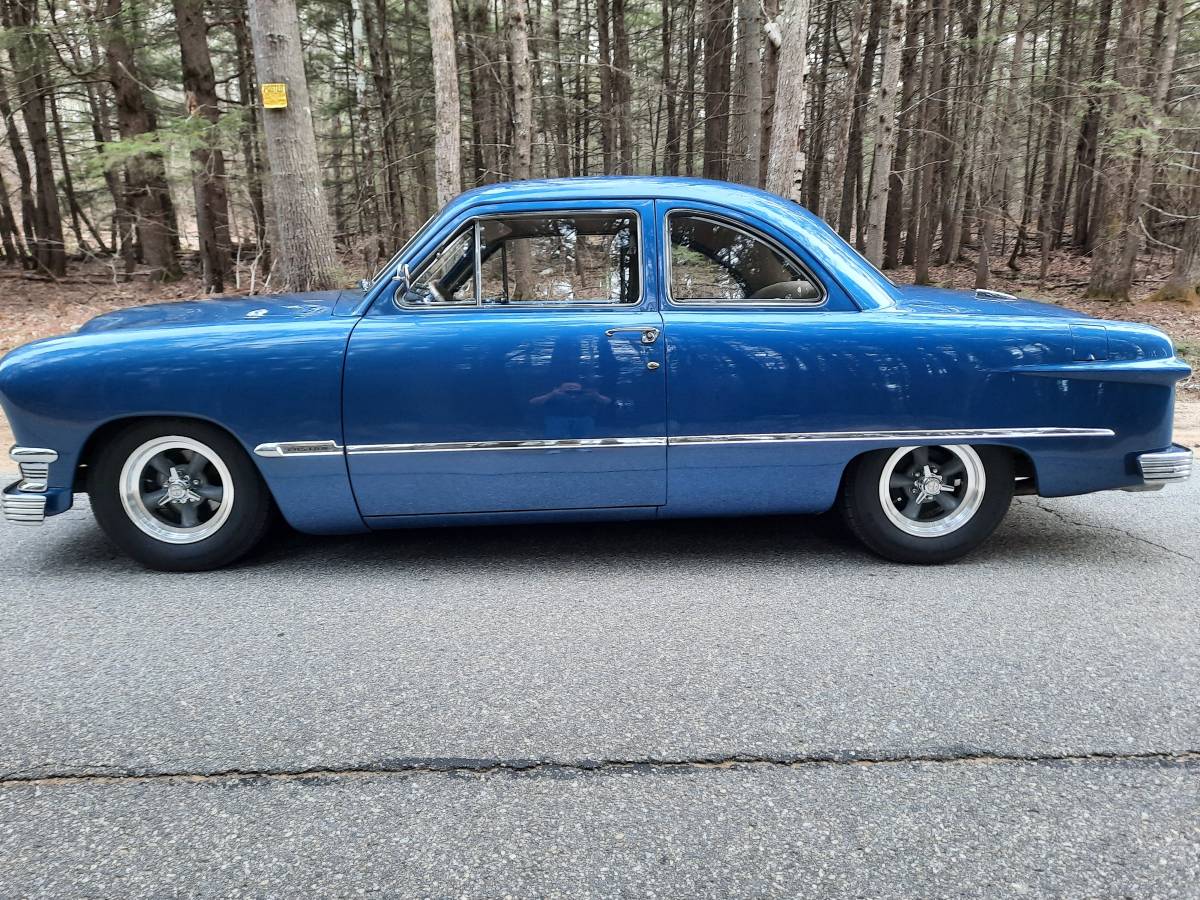 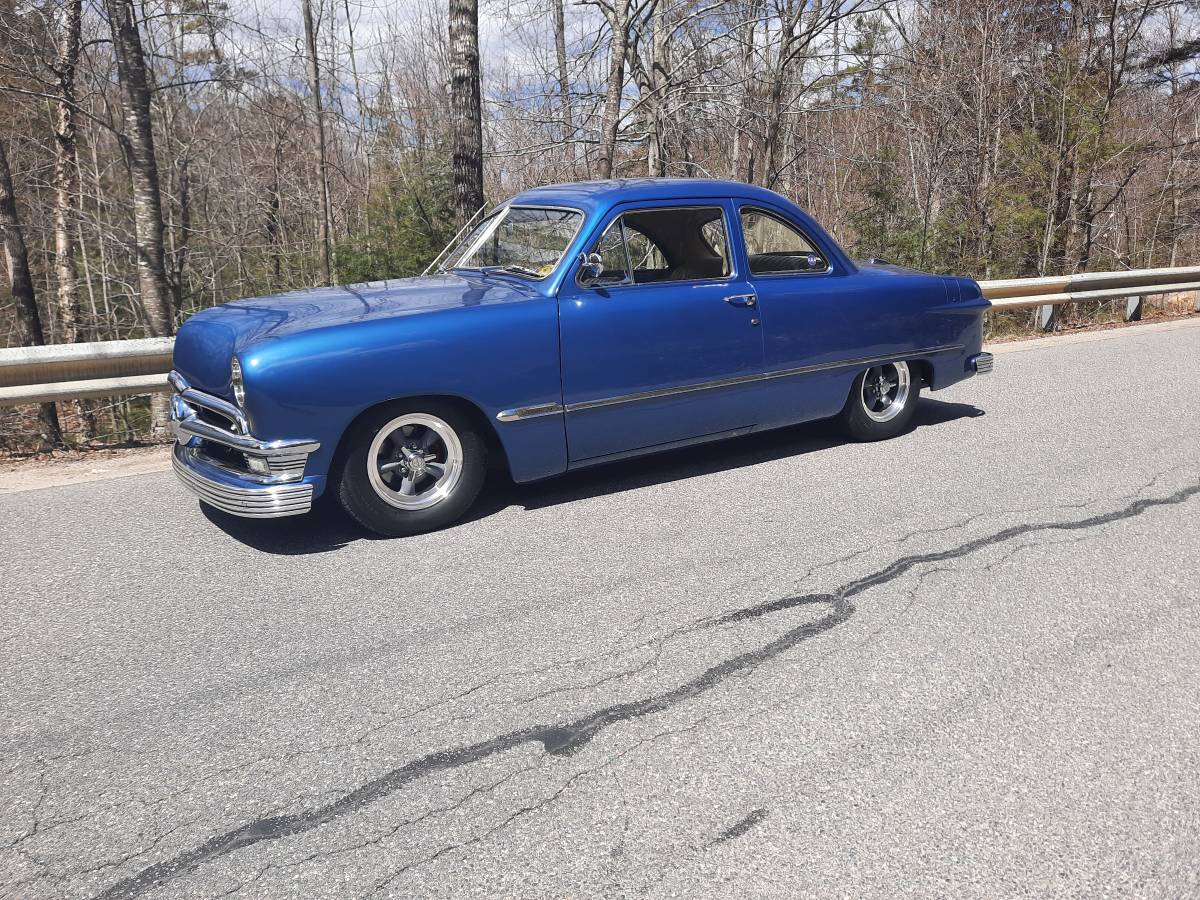 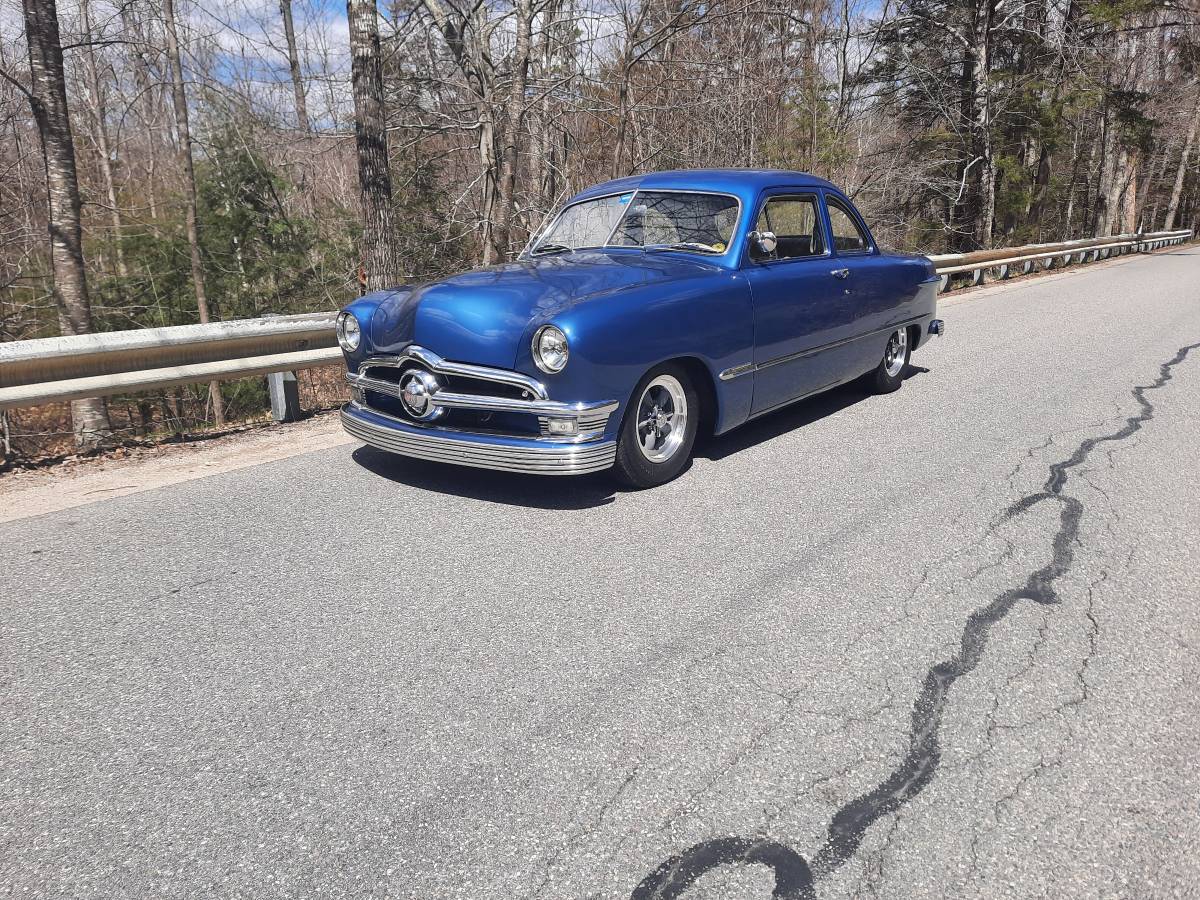 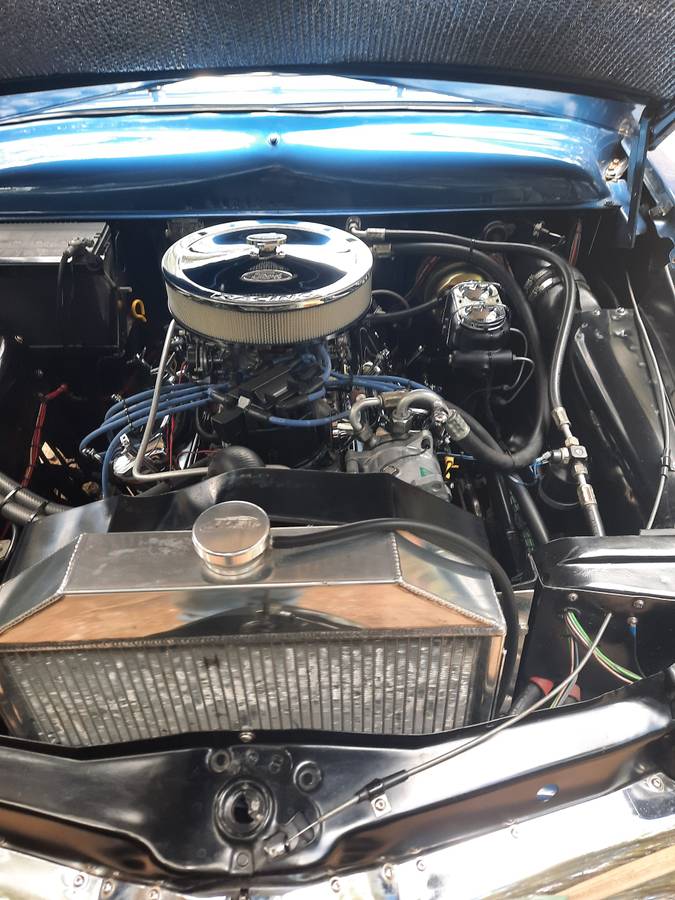 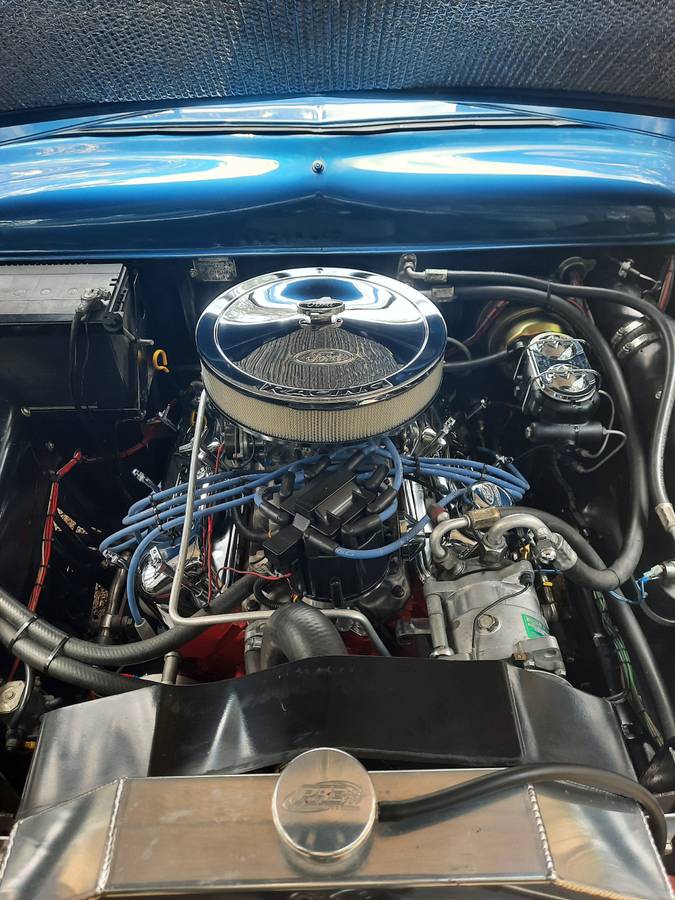 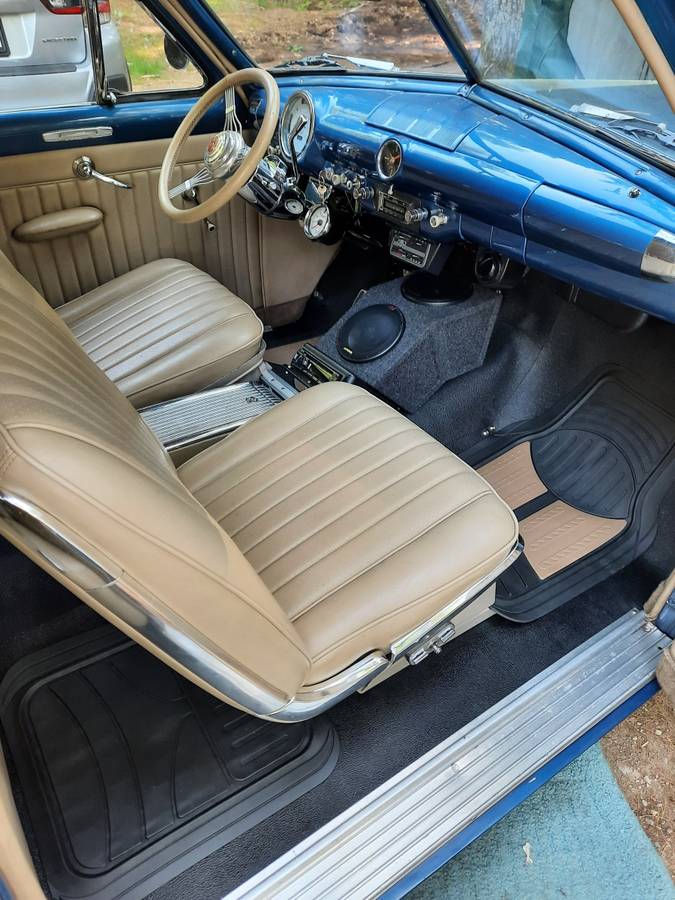 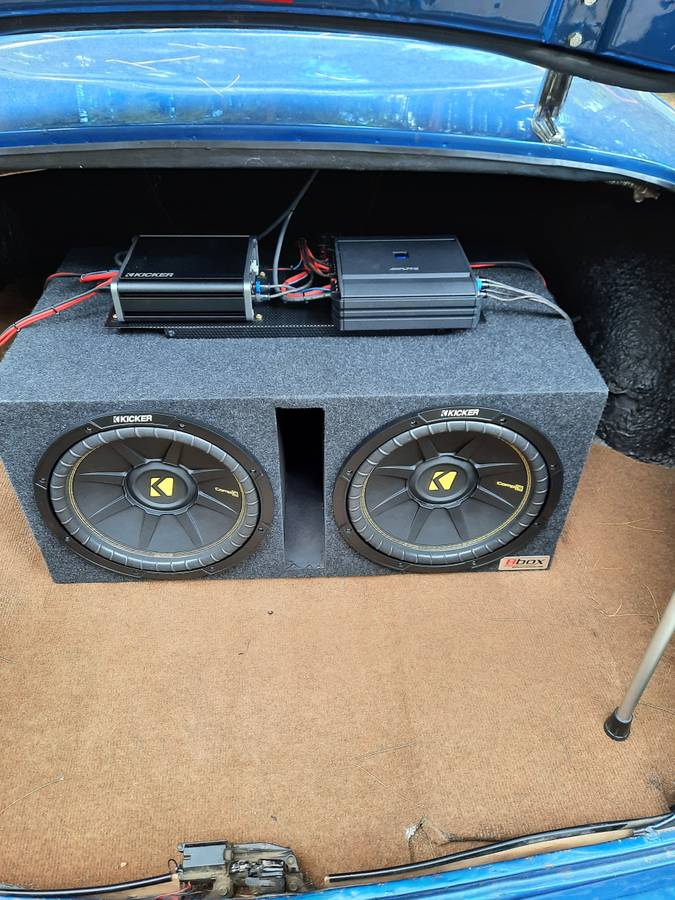 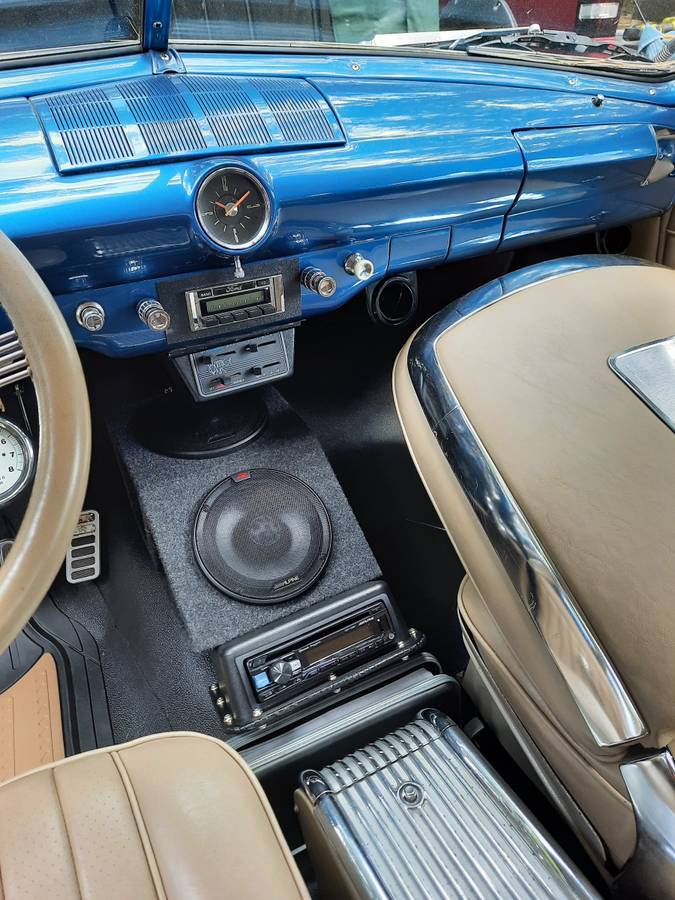 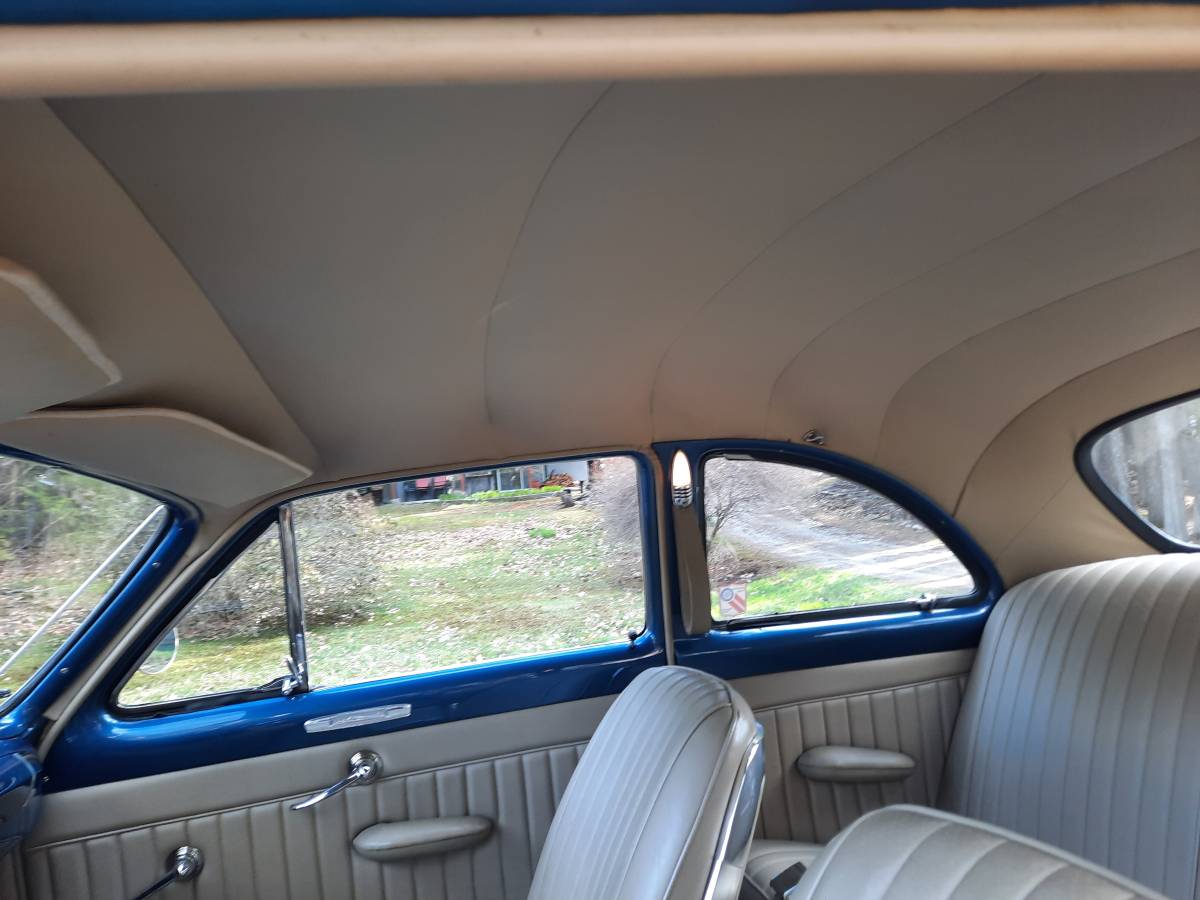 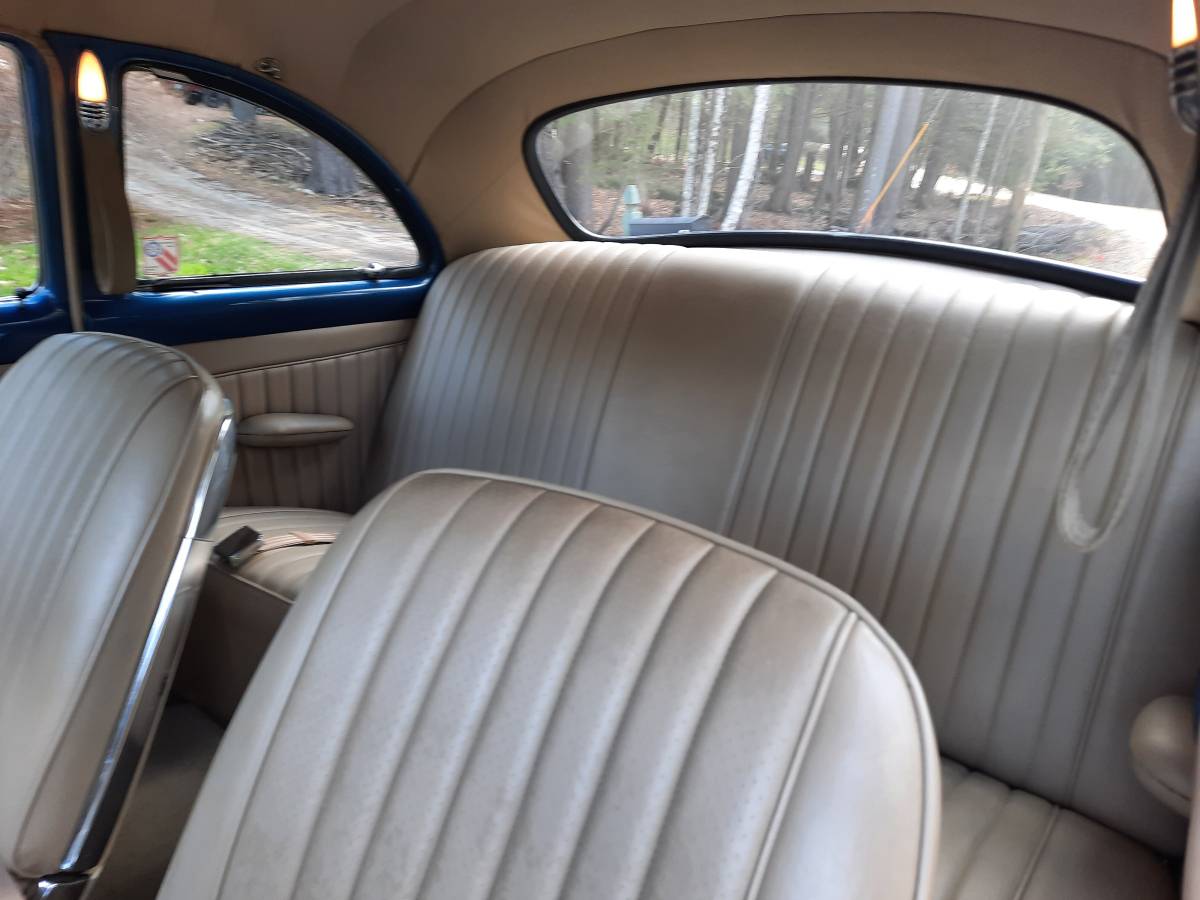 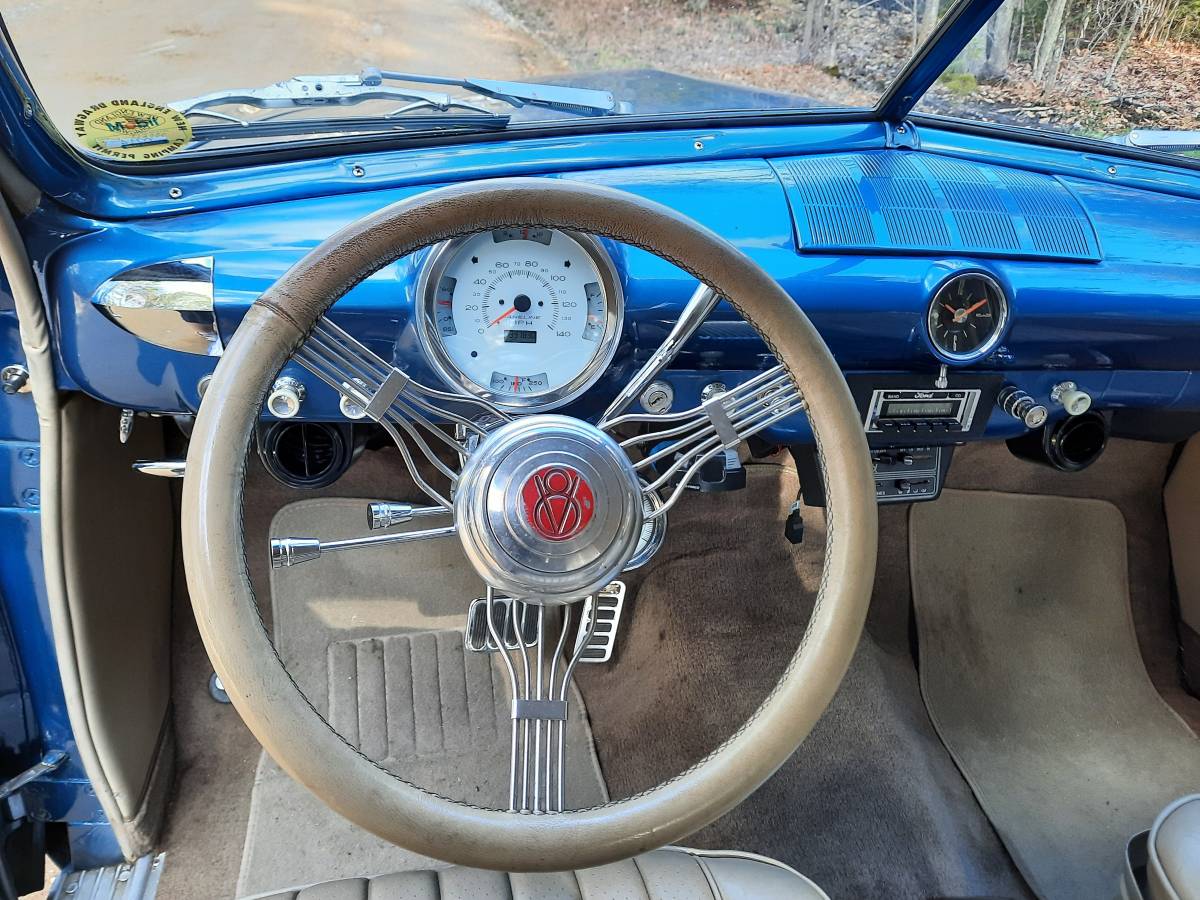 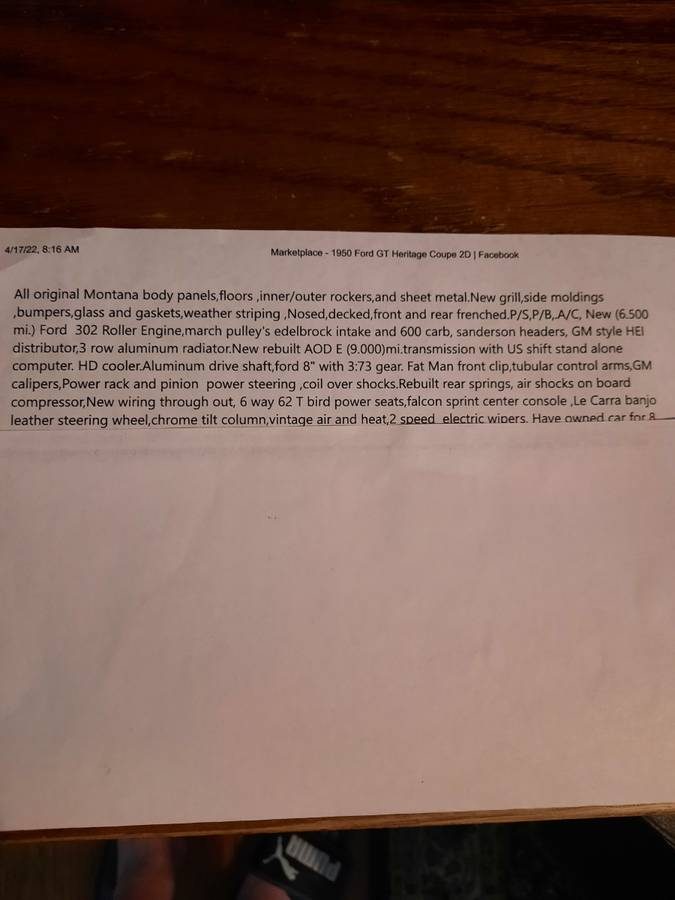 The 1949-1951 Ford line-up represented the automaker’s first all-new post-World War II car design.  The slab-sided, ponton-fendered design was the first by Ford that eliminated traditional running boards.  The overall look of the new Ford earned then the nickname “Shoebox” which quickly became a favorite of the Blue Oval hot-rodding crowd.

Currently offered for $29,995 (the original ask was $32,500), Classic.com, the analytics and search engine for the collector car market, confirms the ask is slightly above the one-year rolling average of this guide’s summary for all of Ford’s full-size “Shoebox” line produced for 1949, 1950, and 1951 model years.  By clicking on the green dots in the graph below, you can navigate to each comparable car sold as a way to help you evaluate the price of the Coupe featured here:

As a second data point, the  Collector Car Market Review Online Tool reveals the seller’s ask falls above this guide’s #1 “Excellent” appraisal of $25,400 however given all of the modifications the price is likely much less than it would cost to replicate this Ford.

The car credited for saving Ford shortly after World War II.  Popularly called the “Shoebox Ford” for its slab-sided, “ponton” design, the 1949 Ford helped usher in modern streamlined car design with changes such as integrated fenders and more.  After sticking with its well-received previous model through the 1948 model year, Ford completely redesigned its bread-and-butter car for the year 1949.  While the six- and V8 motors remained the same, this was an all-new car in every other way, with a modern ladder frame now supporting a coil-spring independent suspension in front and longitudinal semi-elliptical leaf springs in back. The engine was moved forward to make more room in the passenger compartment and engines replaced the antiquated torque tube with a modern drive shaft. Ford’s popular 90 horsepower 226 cubic inch L-head straight-6 and 100 horsepower 239 cubic inch Flathead V8 remained.  The 1949 and 1950 styling was similar, with a single central “bullet” in the frowning chrome grille.  In the center, there was a red space that had either a 6 or 8 depending on whether the car either had a six-cylinder engine or a V8. Ford renamed the trim lines for 1950, with “Standard” becoming “Deluxe” and “Custom” renamed “Custom Deluxe”. The new Fords got the now-famous “Ford Crest” which appeared on the division’s vehicles for many decades in one form or another. 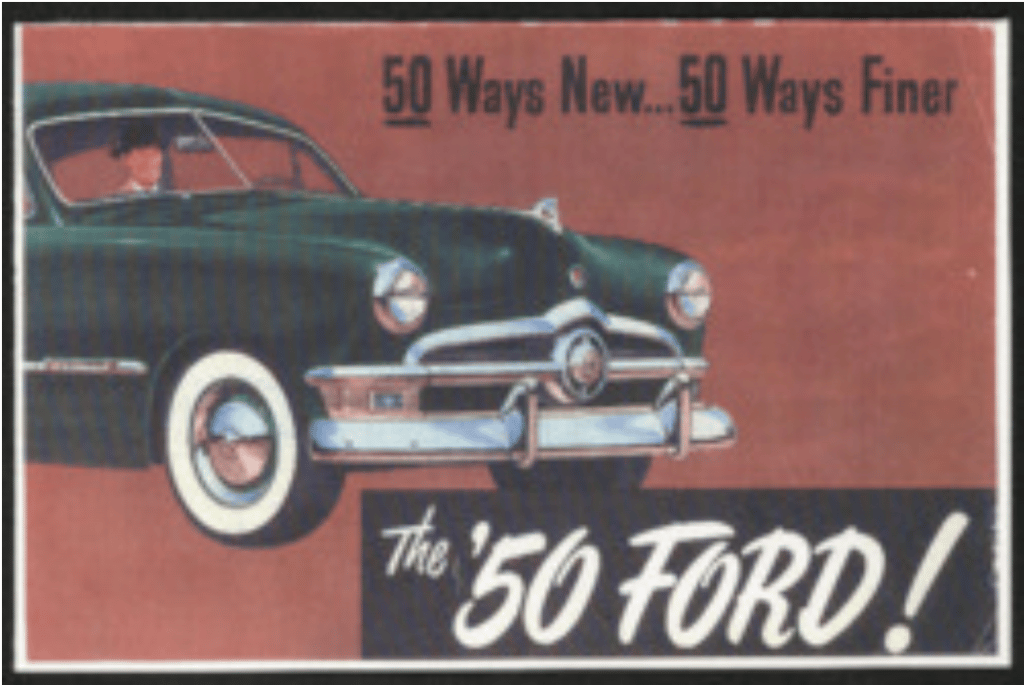 This 1950 Ford Custom Coupe appears to be a nicely put-together street machine that relies on a collection of mostly vintage Ford parts. In addition to the Thunderbird bucket seats, your passenger will enjoy cruising knowing you have a Vintage A/C at the ready.

If you are serious about buying this vintage Shoe Box, you can start the conversation by emailing the seller.  When you connect, please remember to mention you saw their Ford featured here on GuysWithRides.com. Good luck with the purchase!

While this seller provides a brief description in their ad, to their credit they provide this image calling out all the details of their Shoebox:

Show or go: What would you do with this 1950 Ford Custom Club Coupe?  Please comment below and let us know!