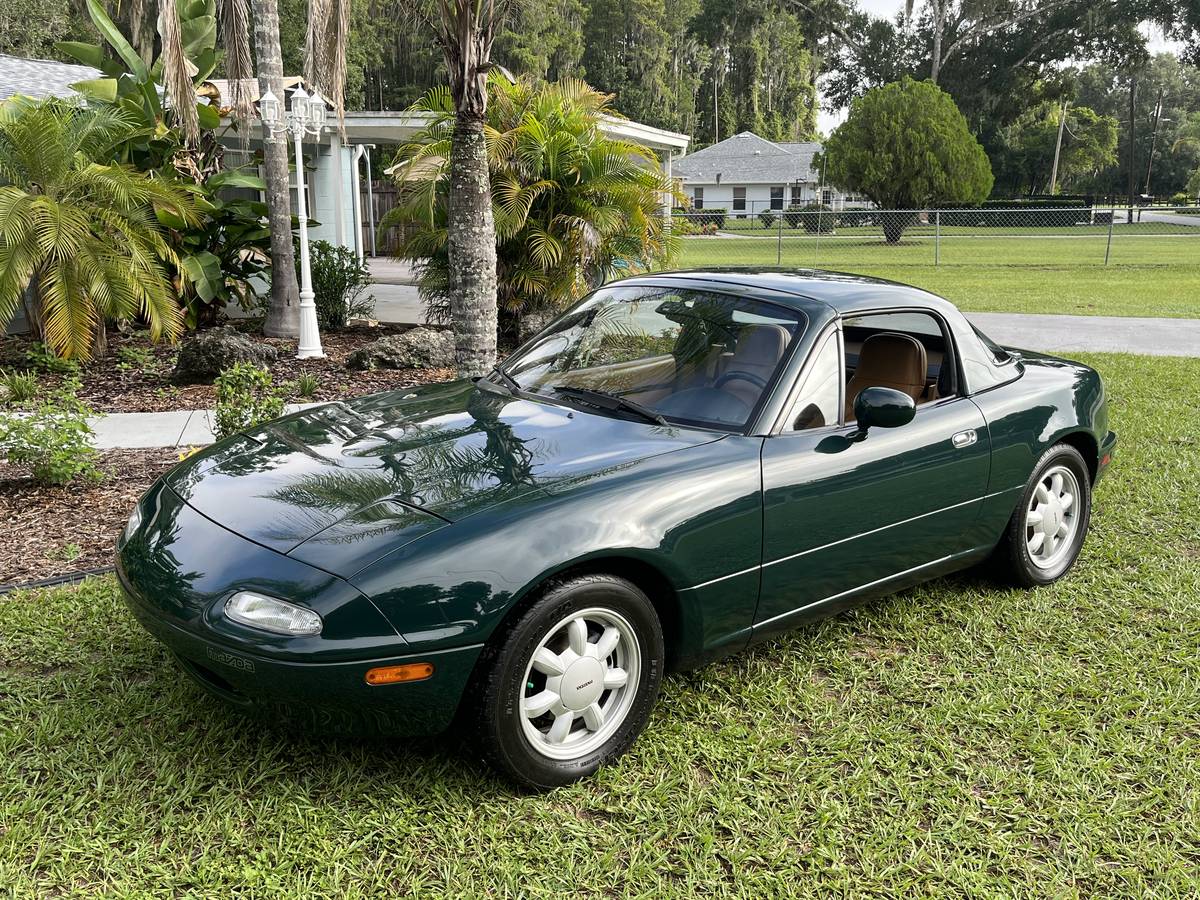 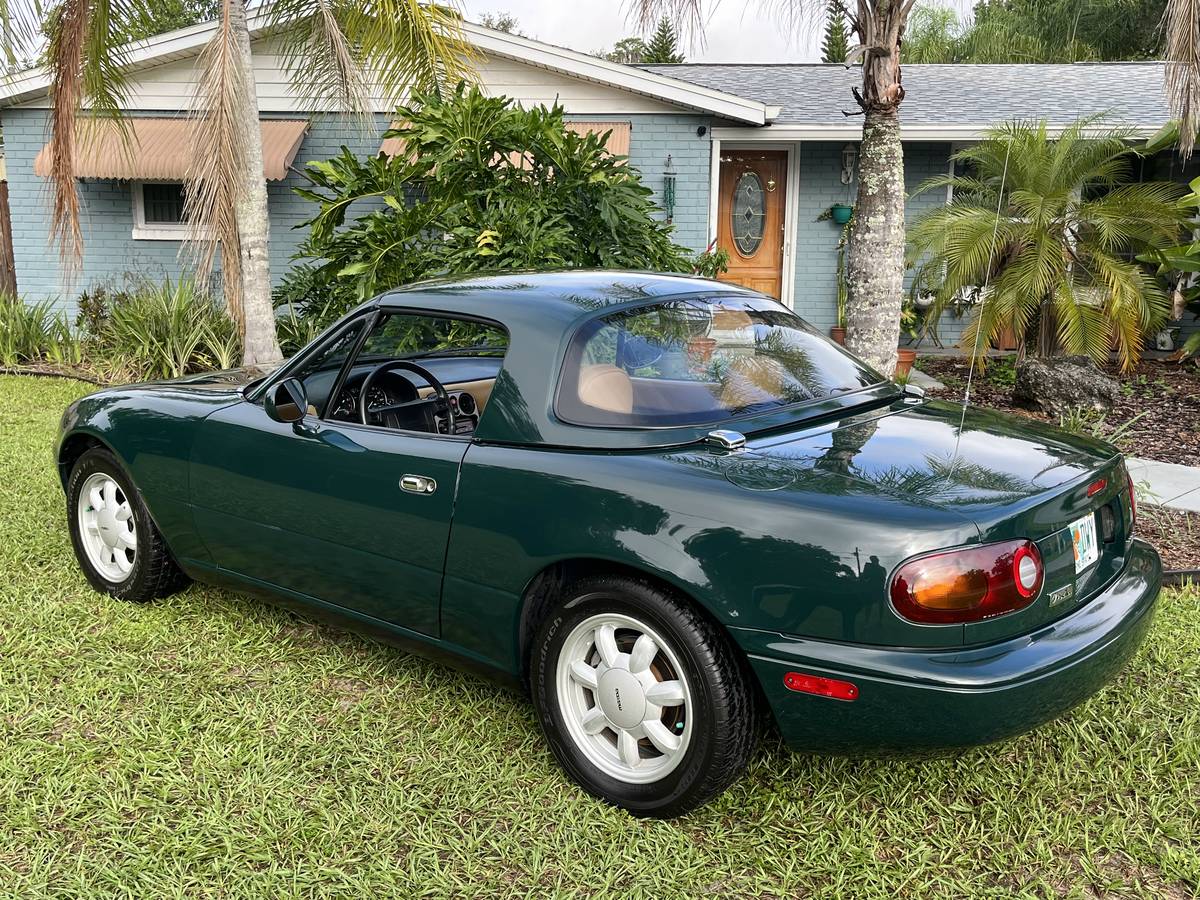 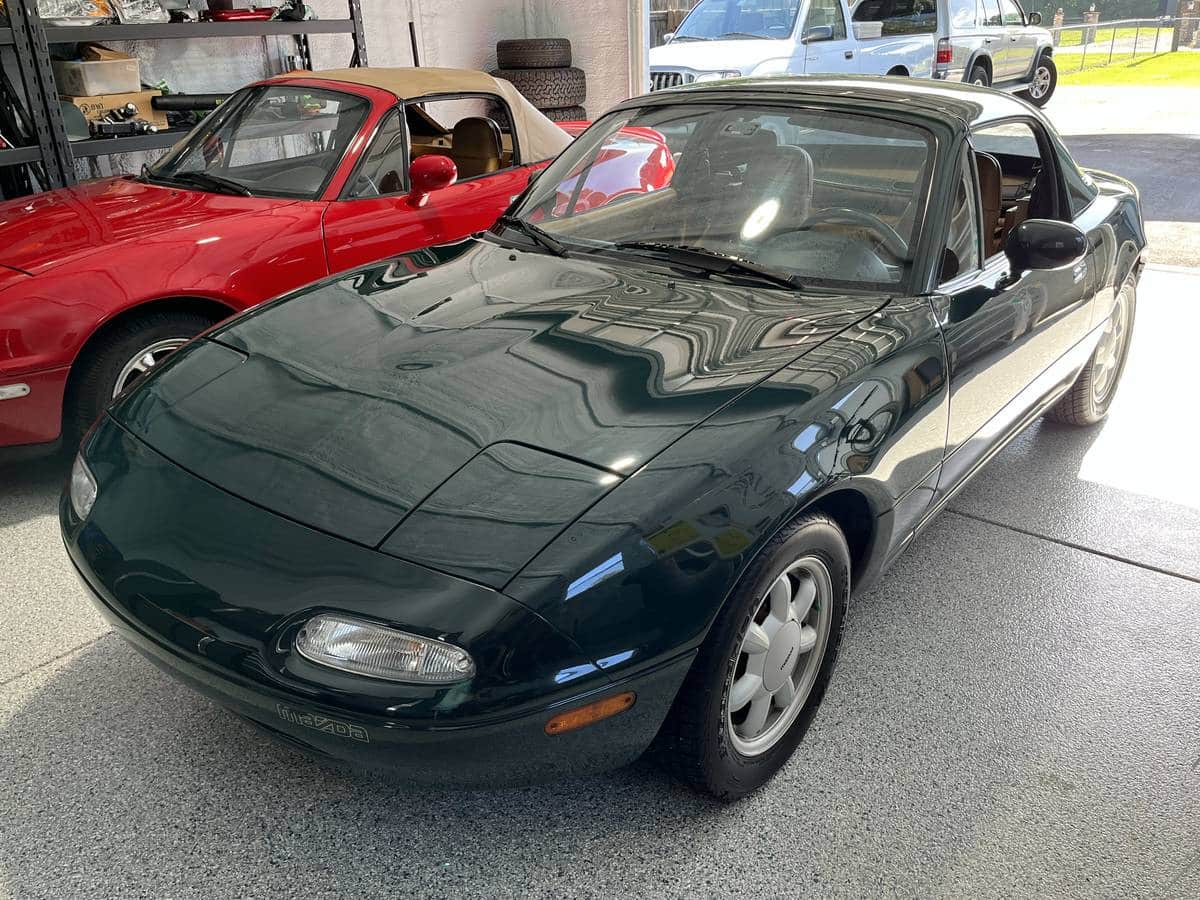 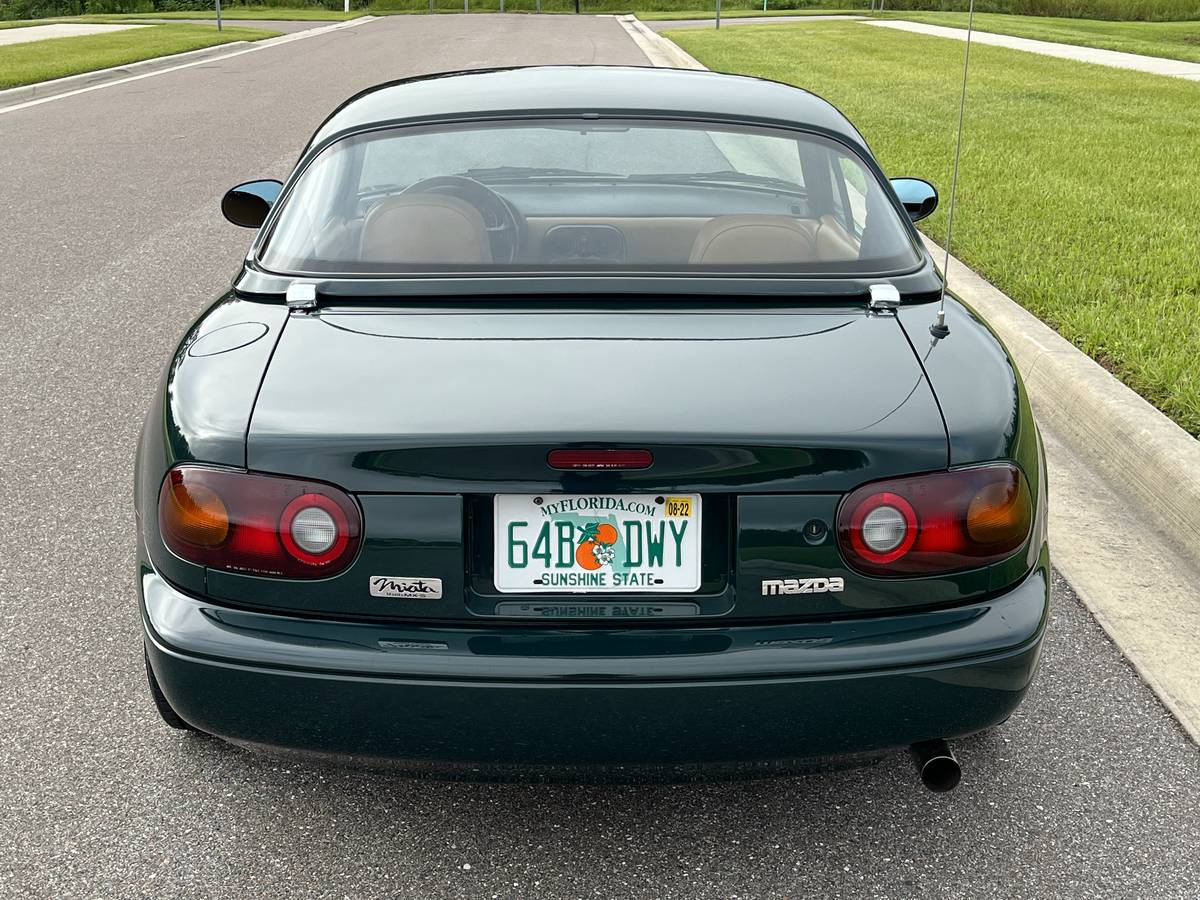 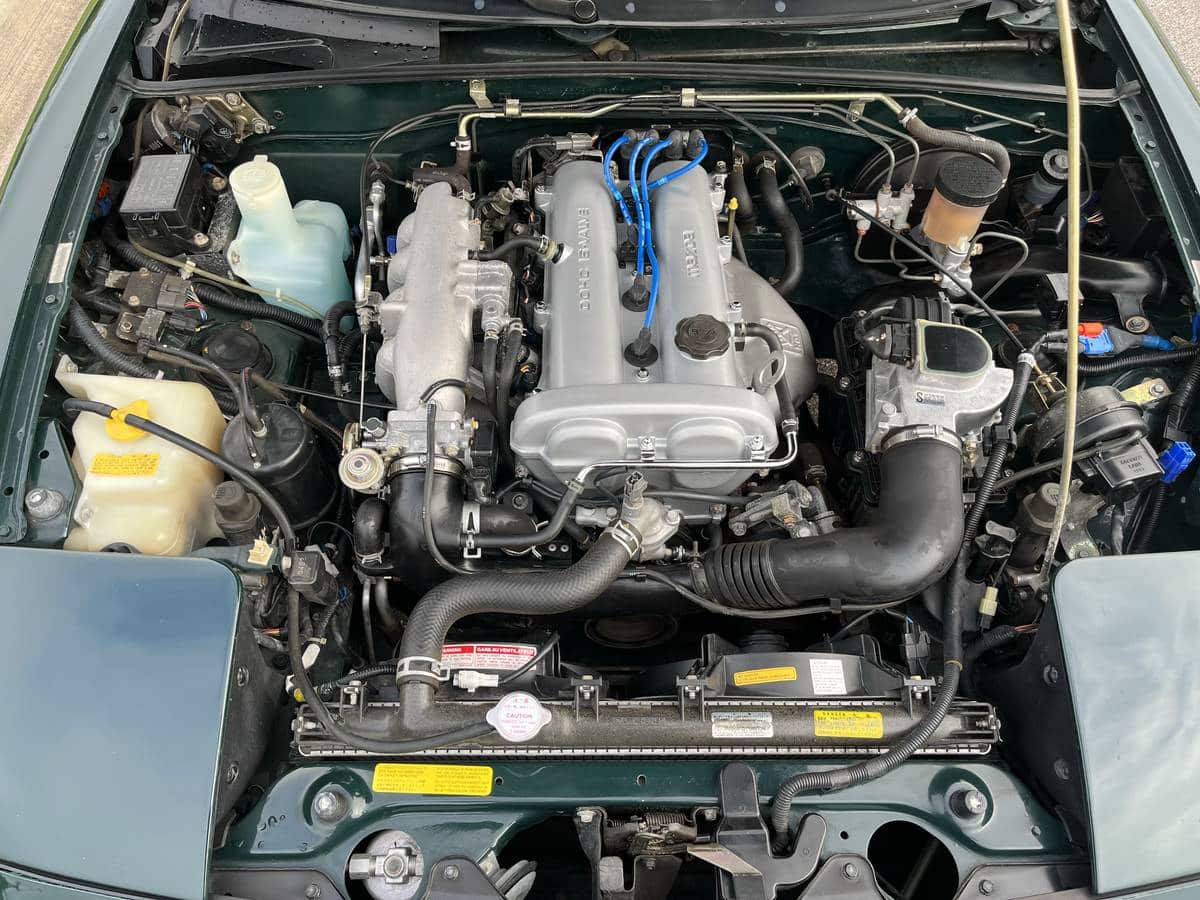 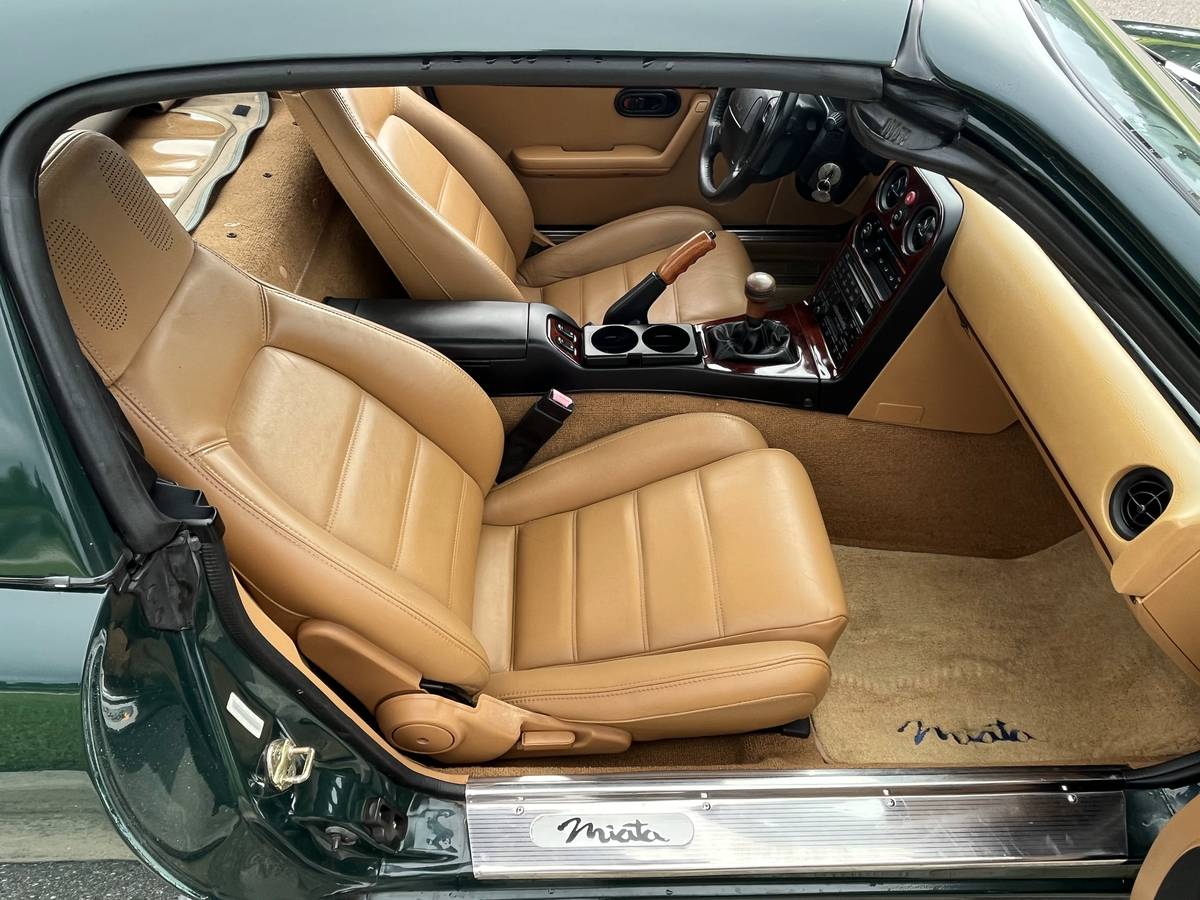 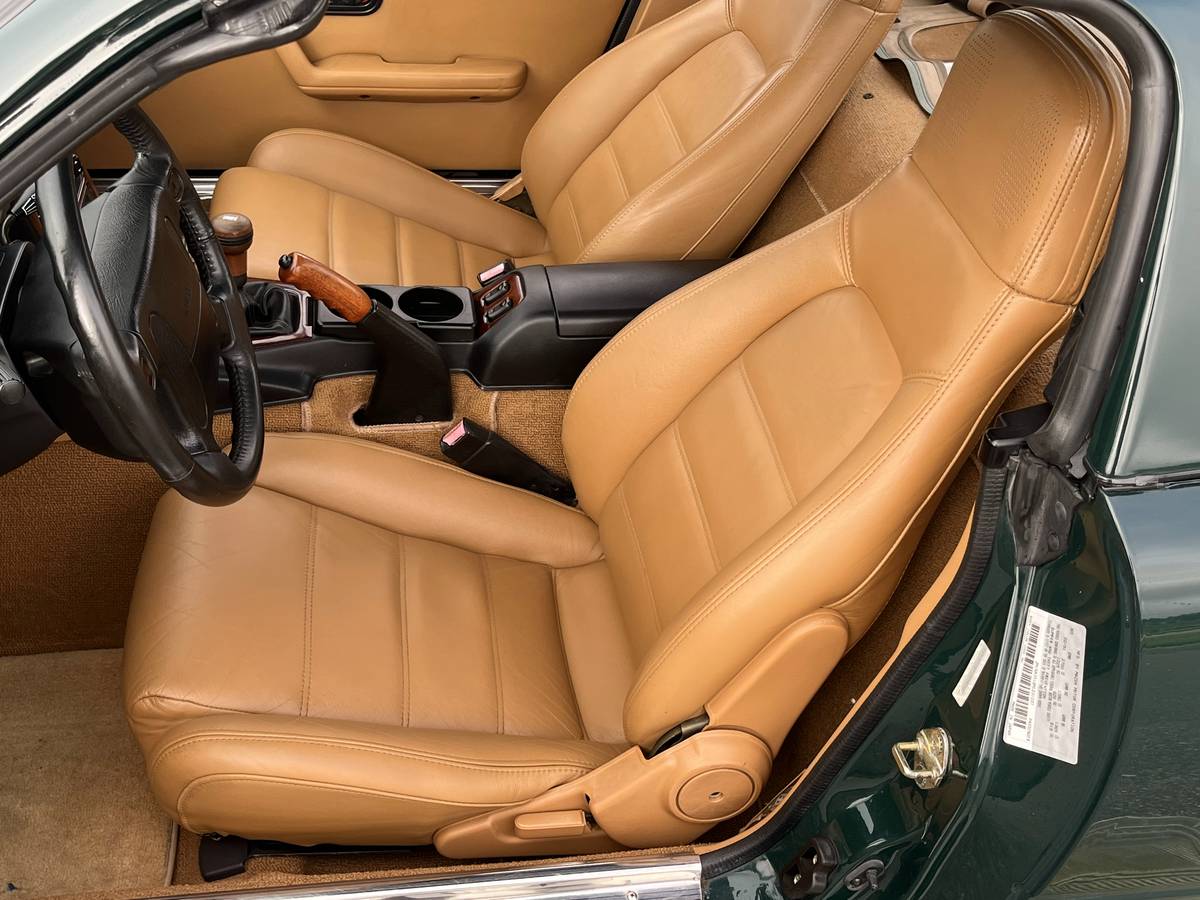 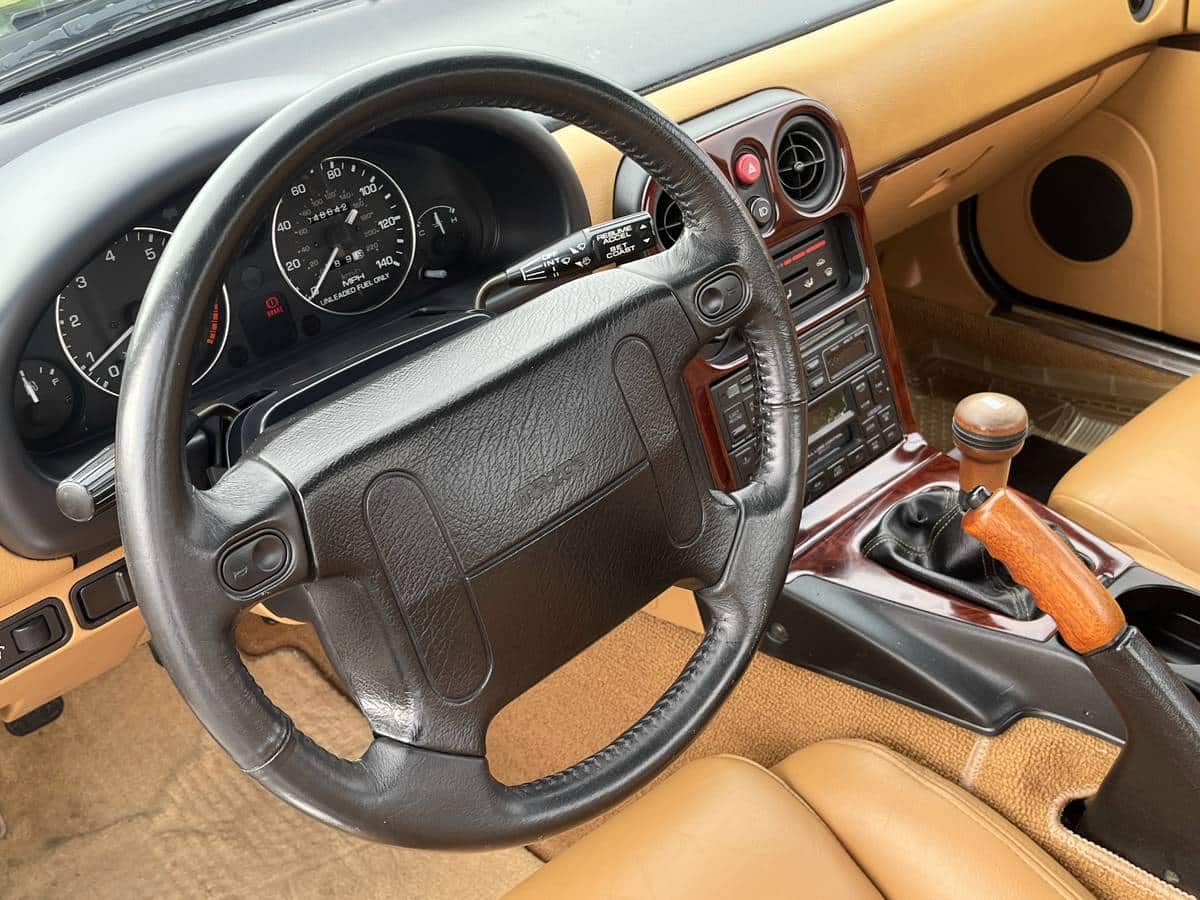 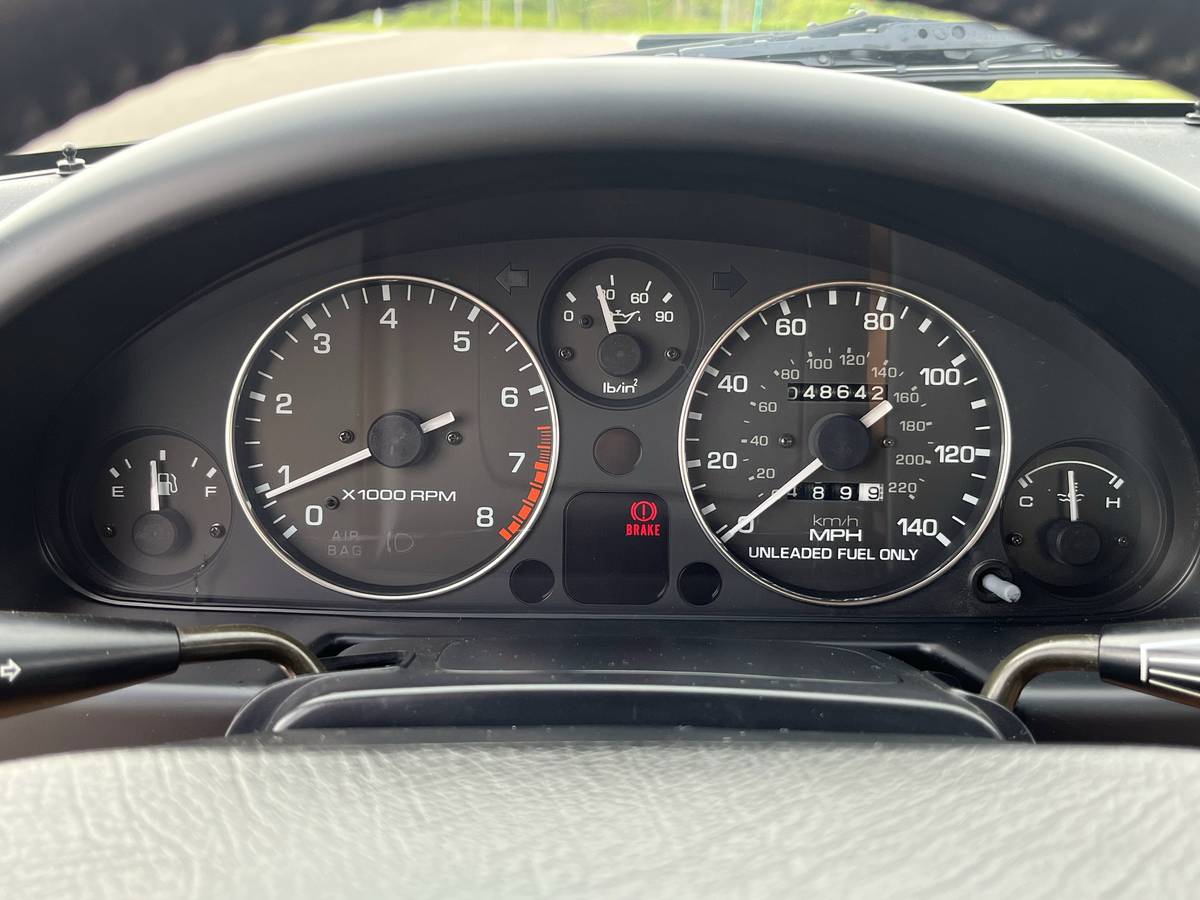 The NA-chassis Mazda Miata is undoubtedly a modern-day classic. It so clearly channels Colin Chapman and his visions for sports car building that you swear it’s secretly a Lotus underneath. The trouble is with such a car is that because they were so well-loved, there’s a pretty good supply of driver-quality NA cars at any given moment. So, how do you choose a special one? Some might say it’s the equipment packages, while others would argue that the M-Edition models deserve all the love. But you shouldn’t sleep on the limited-production Special Edition models like this one here on Craigslist in Lutz, Florida, with its unique British Racing Green paint job, camel-colored leather interior, and special badges with the first owner’s name inscribed. The seller is asking $15,500 for his example with under 50,000 miles, and comparing that price against the Classic.com model guide shows us that the seller is slightly above the current average sale price of $13,450:

If you are serious about buying this classic Miata SE, you can start the conversation by emailing the seller here.  When you connect, please remember to mention you saw their Mazda featured here on GuysWithRides.com.

A few weeks ago, I wrote that I felt like the NA-chassis Miata market was poised to take off. These seem to have been obtainable for so long, and now some lines are drawn in the sand that seemingly show a clear preference for the older cars. The NA is the purest expression of a sports car that was already pretty unburdened; throw in the fact that parts are still plentiful and that they are largely cheap to own and maintain and you have a recipe that works well for almost any make and model. What’s curious about the early Special Edition models like this one is that they sometimes get more attention because the paint job was unique to this model; however, subsequent years of limited-production NA-chassis offerings showed that Mazda improved its special model lineup with each passing attempt, including the uber-rare Sunburst Yellow cars as well as the track-oriented “R” package from 1994. Personally, I’d try and find one of those if I wanted to make the most money possible on a Miata, or a 1993 Limited Edition model.

Still, there’s nothing wrong with owning a 1991 SE as Mazda loaded it up from the factory with seemingly every option they could throw at it. This included a limited-slip differential; Nardi shift knob and emergency brake handle; leather seating with integrated headrest speakers; full power options; and a compact disc player. The seller’s car is quite pretty with its BRG paint in excellent condition and a butterscotch leather interior that looks like it was never sat in. Mileage is reasonable with just 48,000 miles on the clock, and the seller notes he replaced the timing belt at 37,000. While the belt is designed to last for 60,000 miles, the seller doesn’t indicate whether he also did the water pump and thermostat at the same time. However, he indicates he has accumulated a healthy supply of paperwork documenting his fastidious approach to maintenance, which is typical of most die-hard Miata owners. This rare SE looks resplendent in its dark green paint, and while I don’t see values shooing up for an SE model like this anytime soon, I doubt you’ll lose money, either, when it comes time to sell.

SE, LE, or M: Which limited production NA-series Miata is the best?