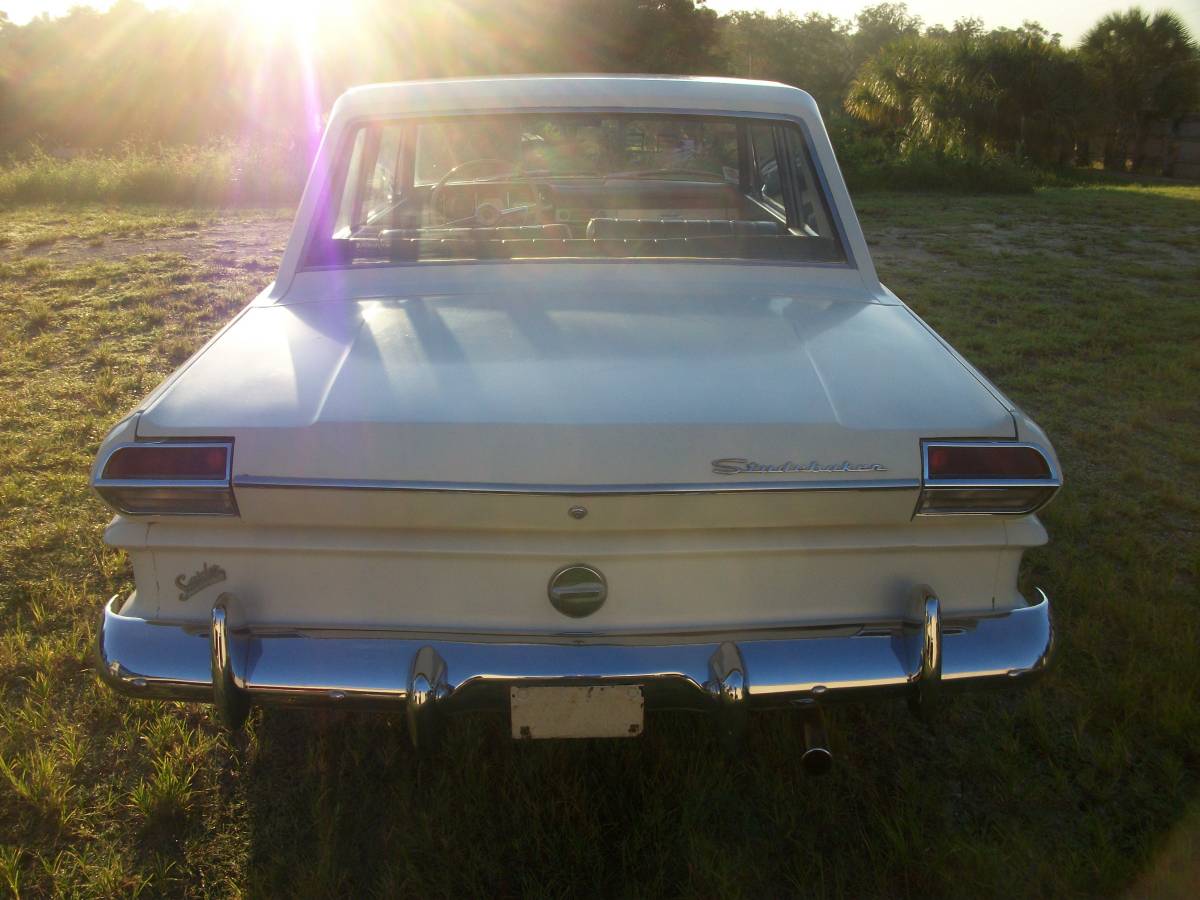 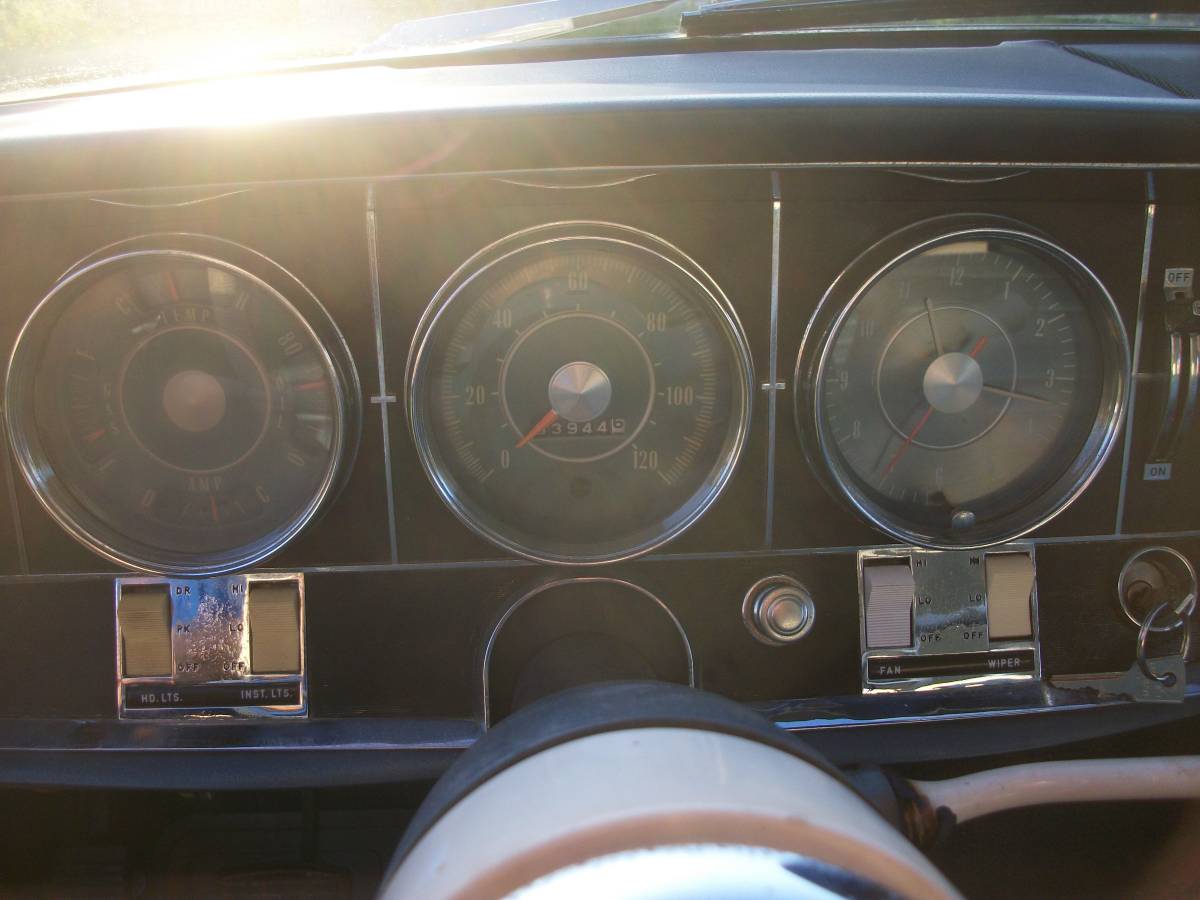 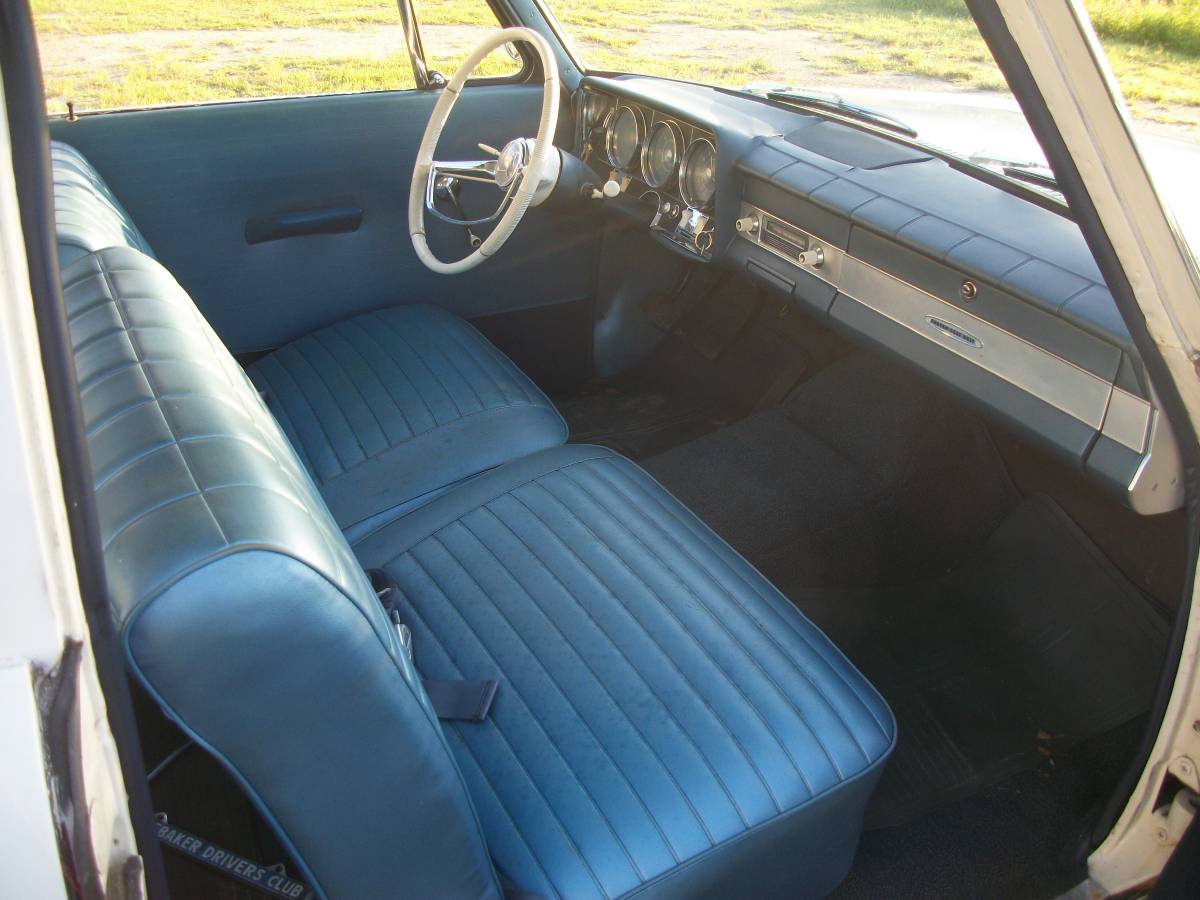 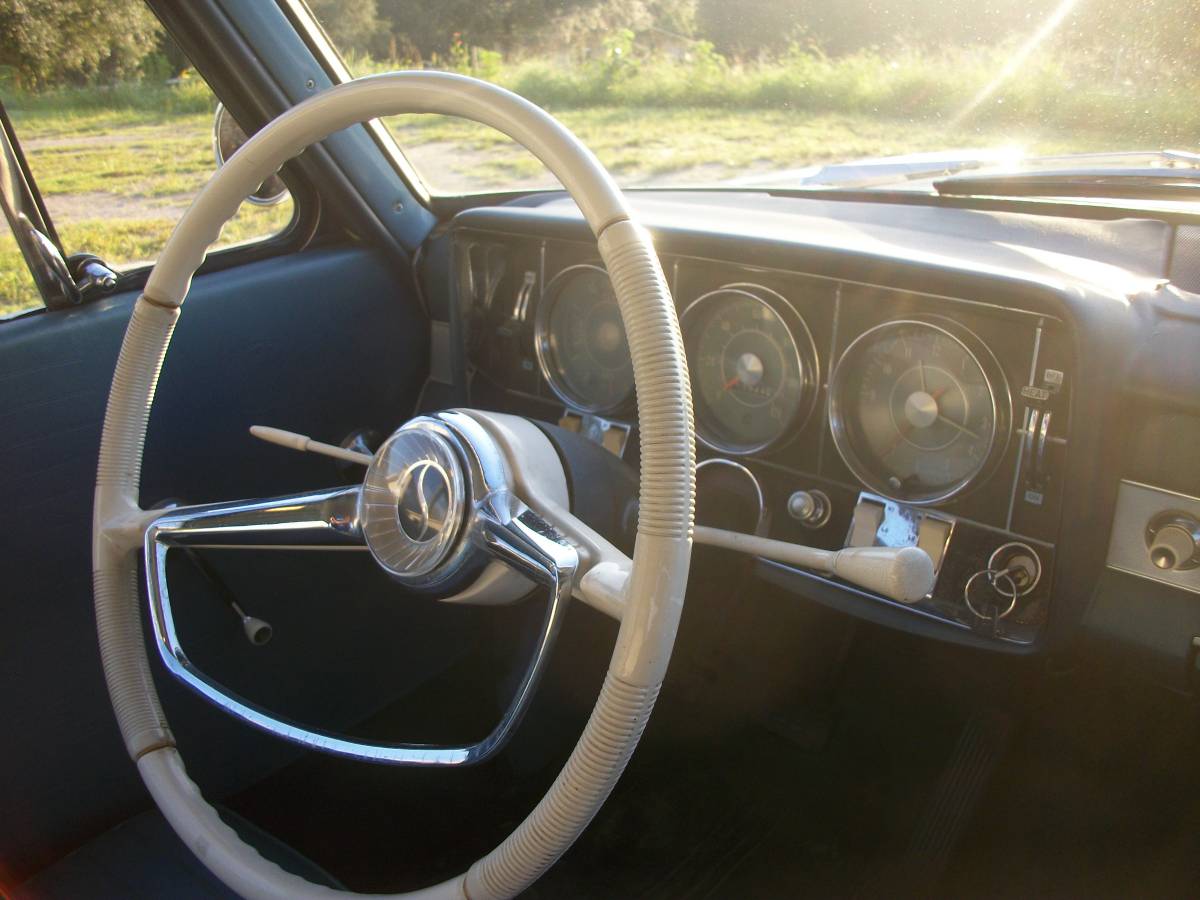 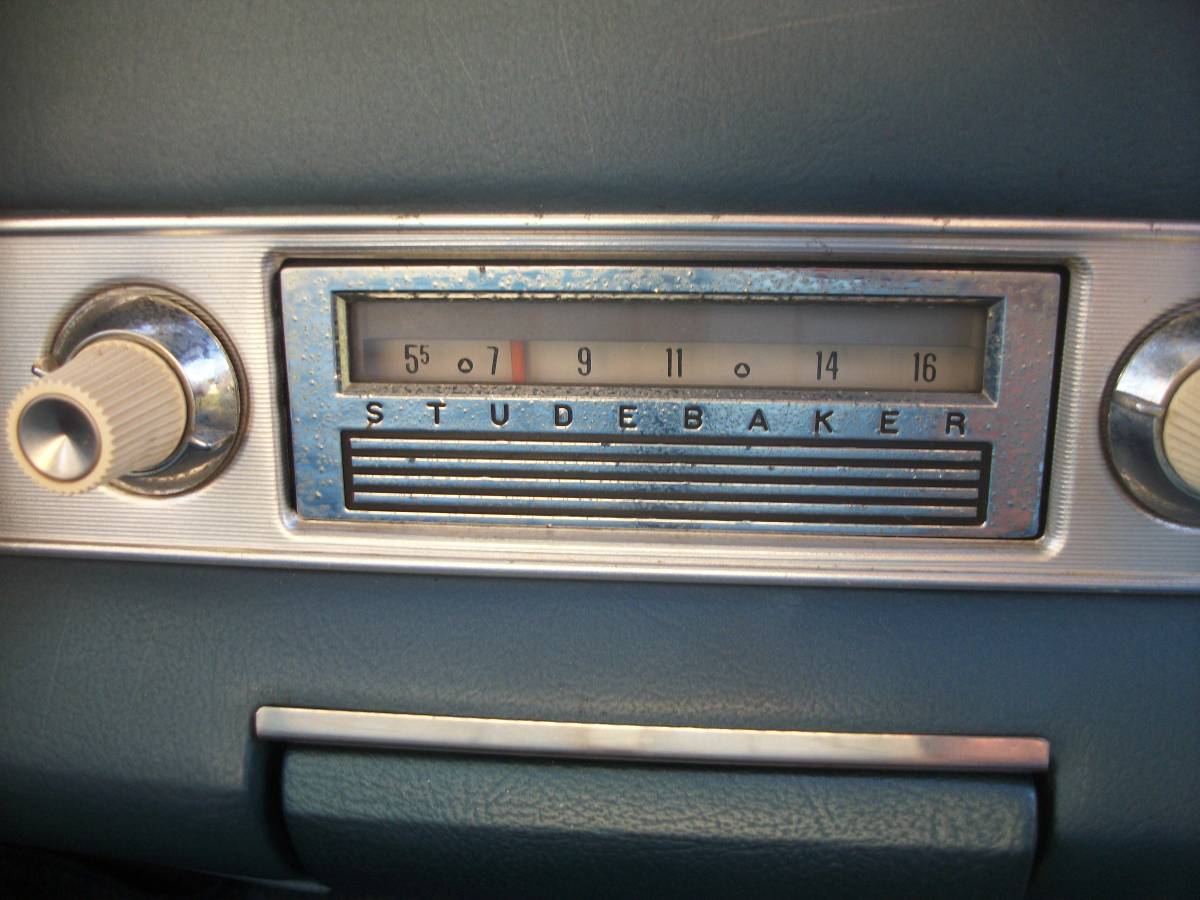 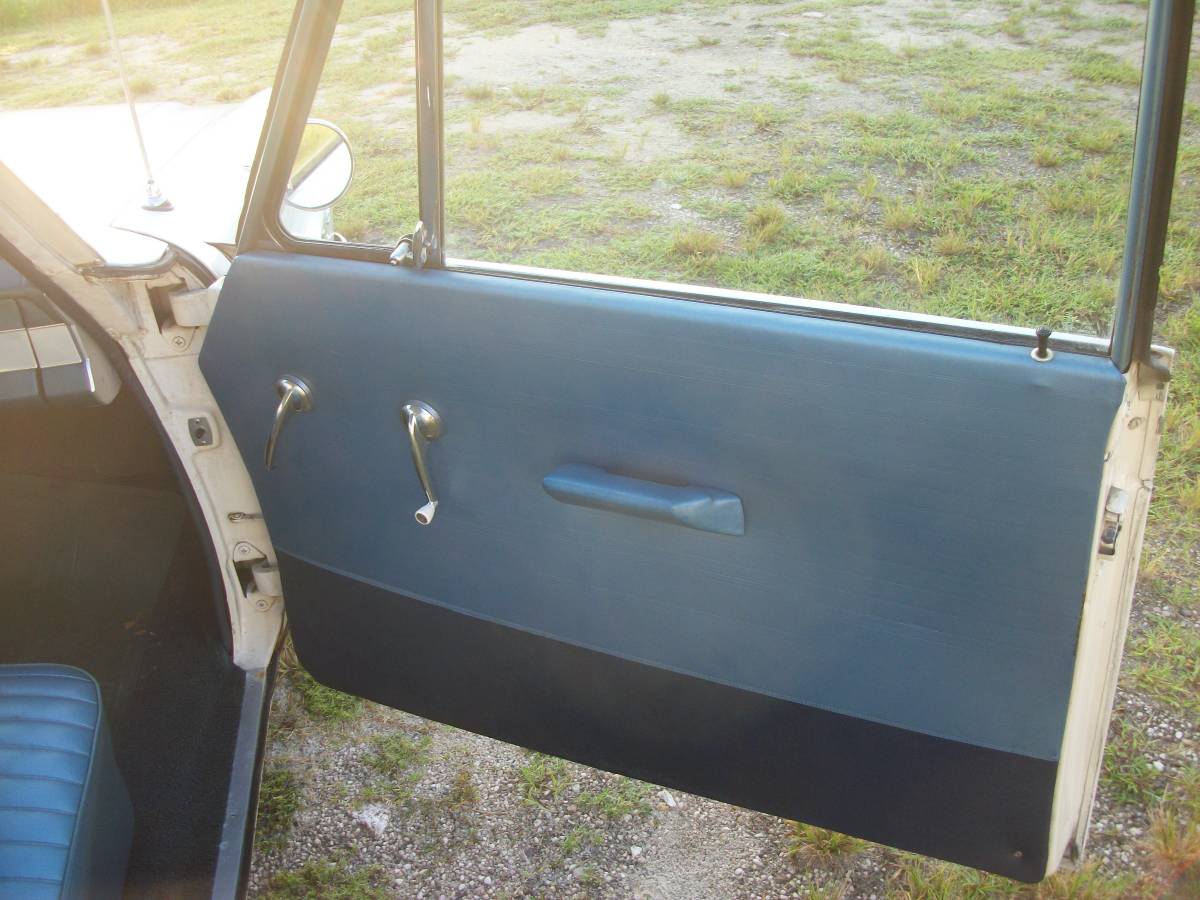 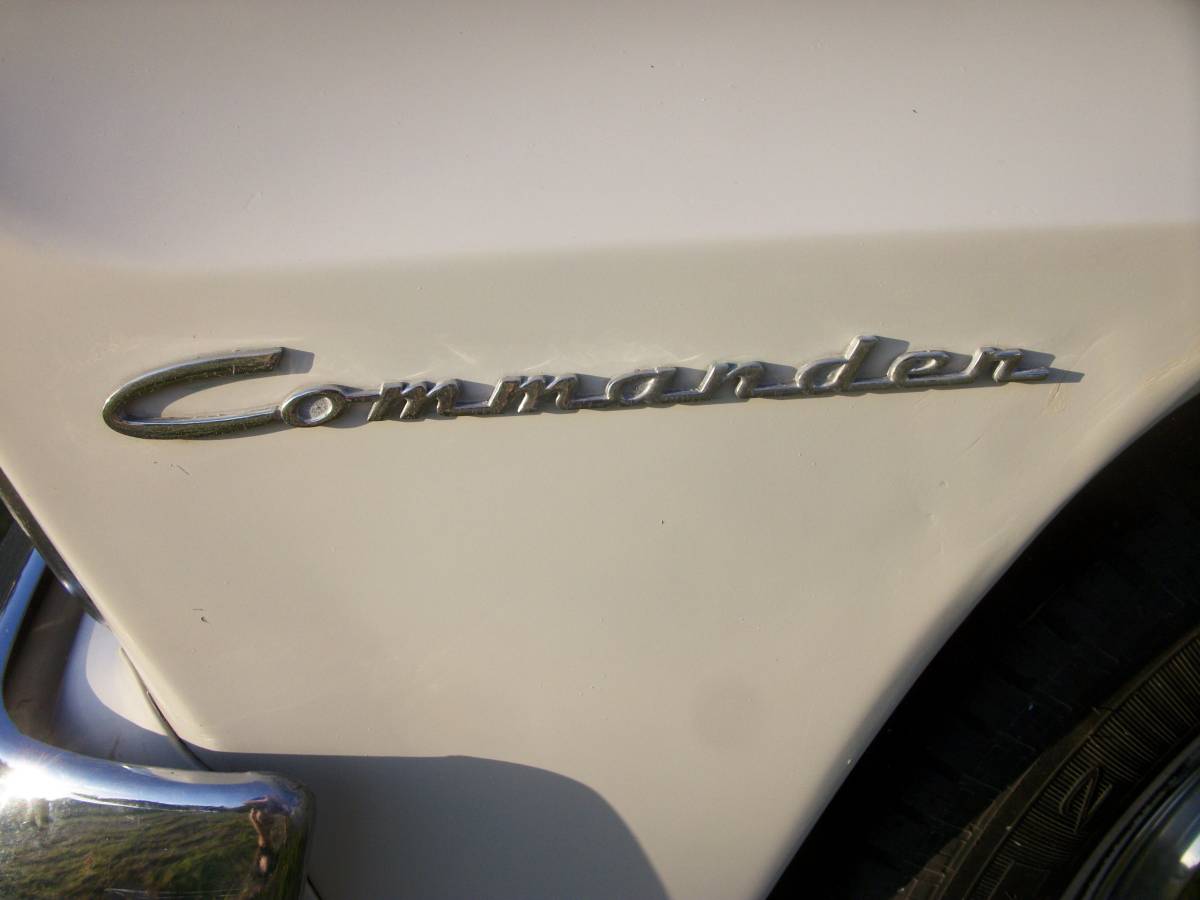 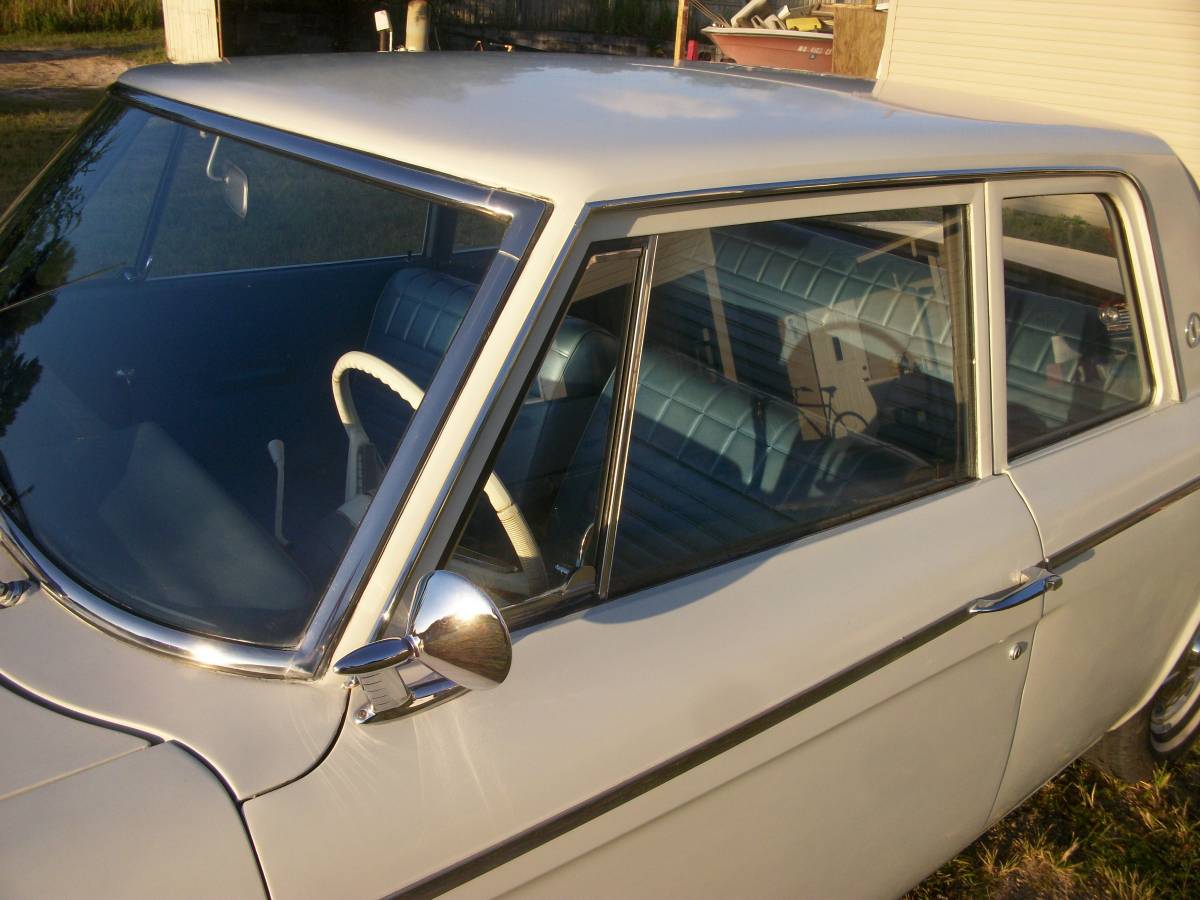 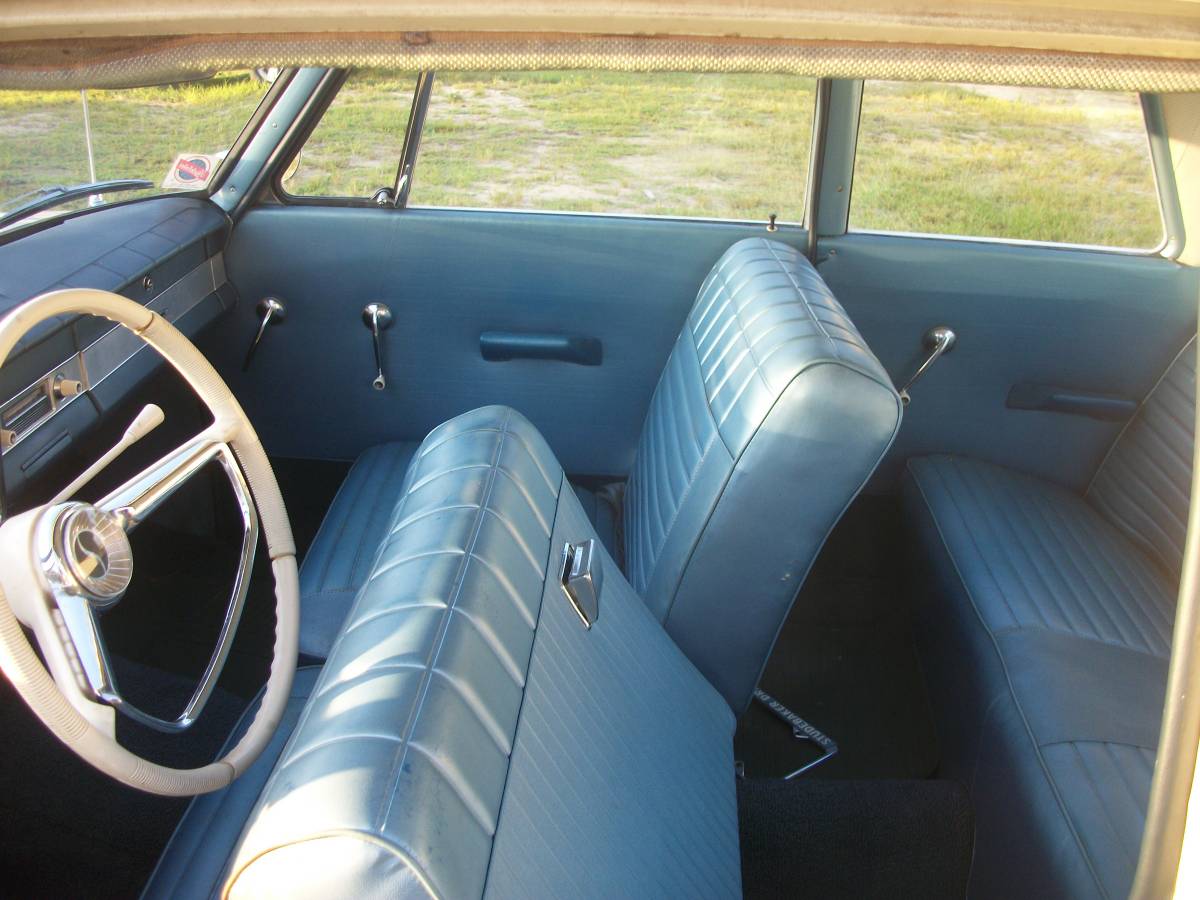 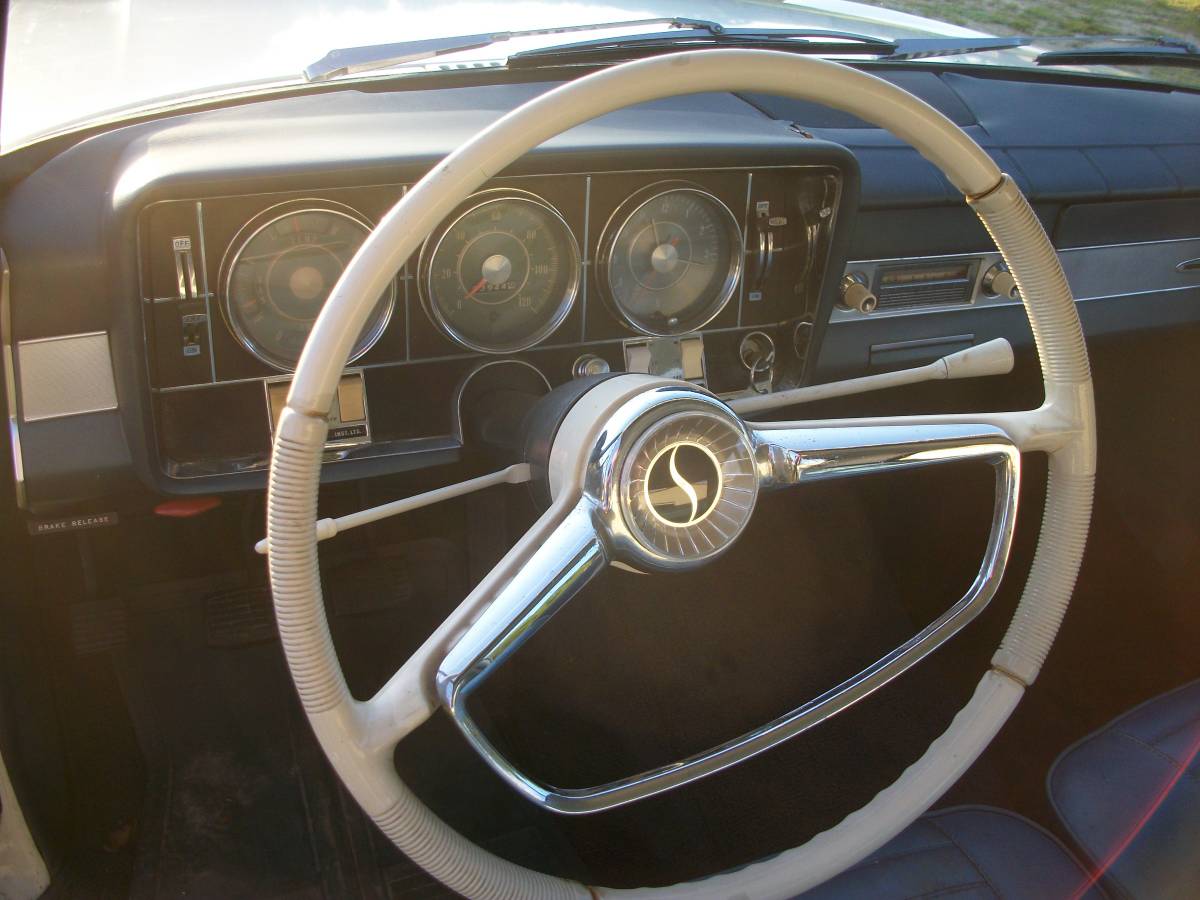 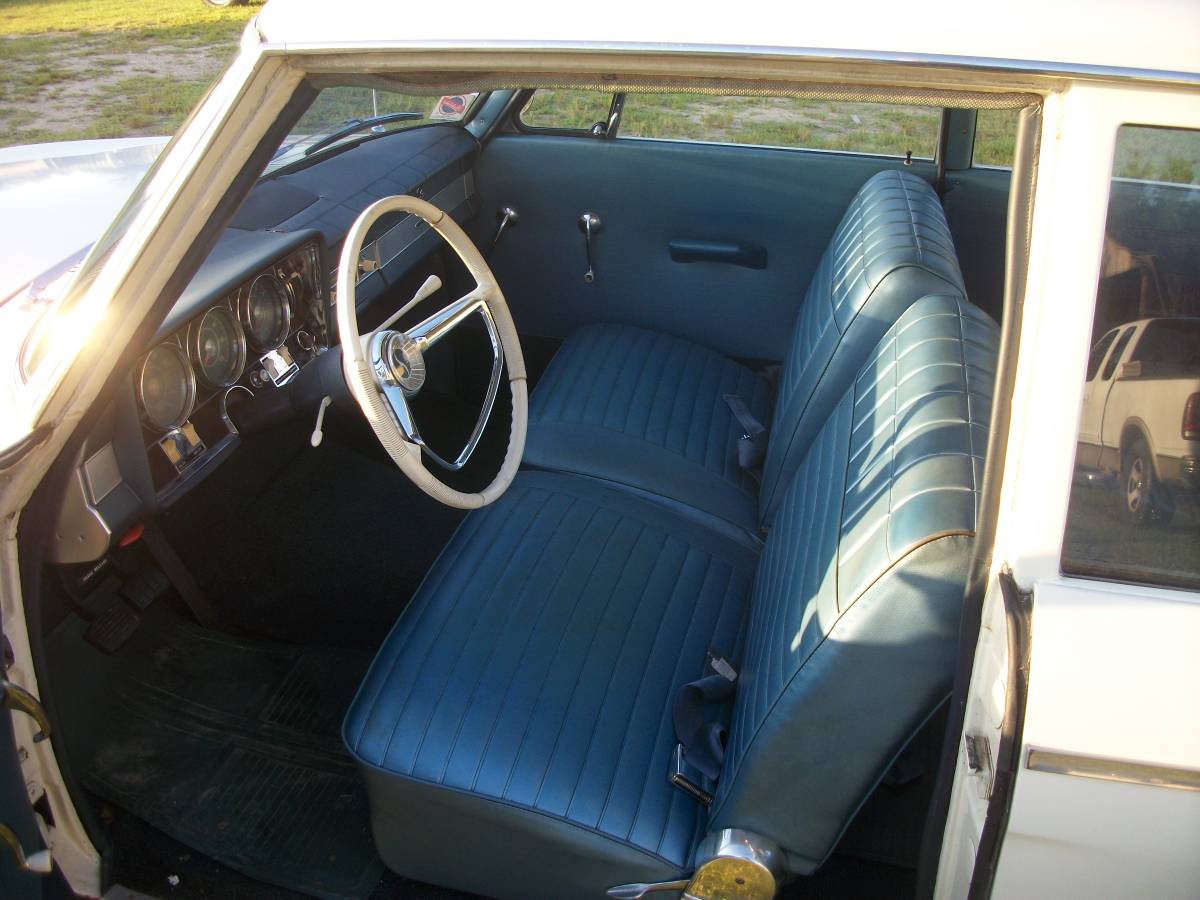 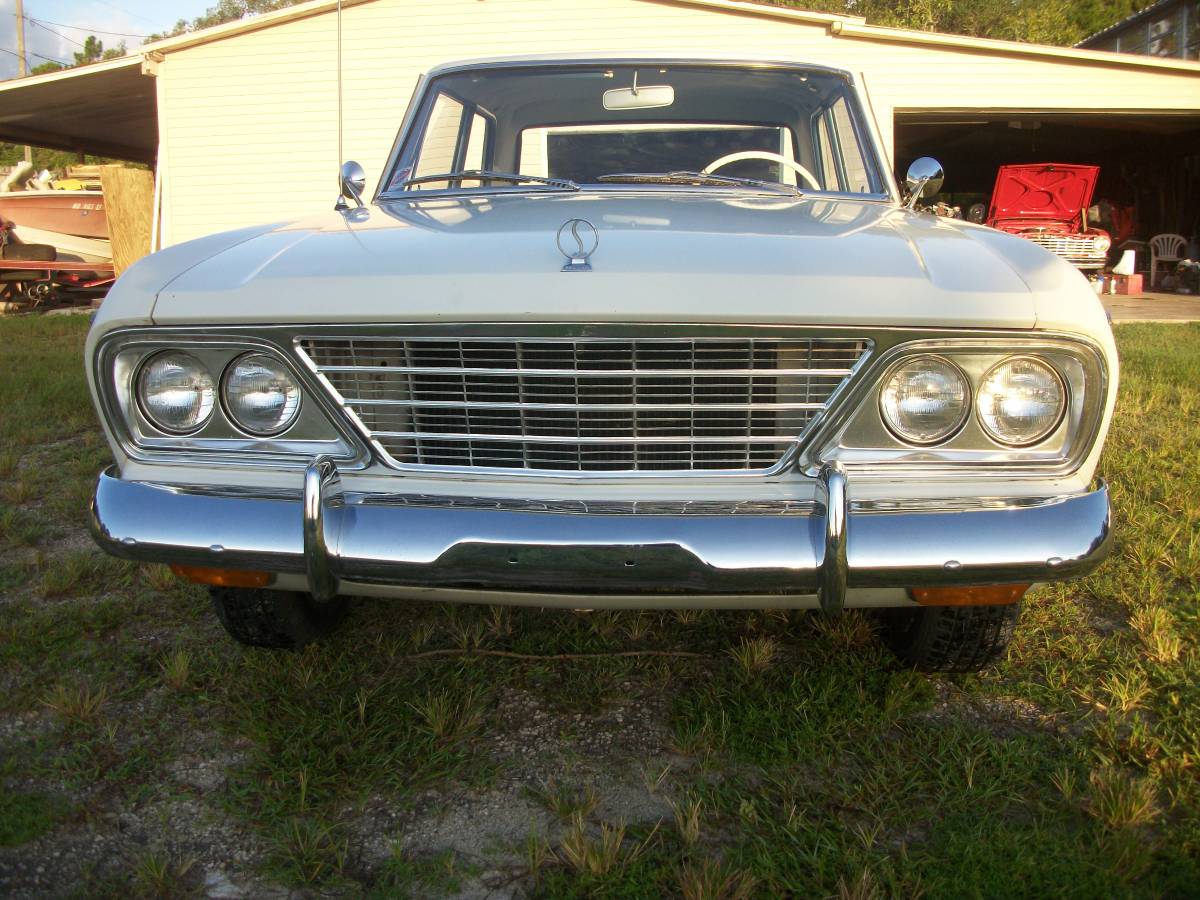 September 8, 2022, Update – We just confirmed the listing for this “Classifind” expired, so with no replacement found, we’re assuming this ride is “Sold?” While this one got away, please reach out either by email or call us directly if you’d like to be informed when we come across something similar.

Despite styling changes, innovative models like the Wagonaire, the high-performance R-series engines, and Super Performance Packages (inspired by the Avanti) developed with the help of “Mr. Indy 500” Andy Granatelli, Studebaker sales did not increase for the 1962 model year. By the fall of 1963, Studebaker’s board of directors acted to slow down the South Bend assembly lines. At the start of the model year, the company built 60 cars per hour. By late October 1963, Studebaker laid off approximately 2,500 workers and slowed the line speed before the decision was made to close the company’s South Bend, Indiana production. Production of the balance of 1964 Studebakers came from Studebaker’s Hamilton, Ontario plant and are known as “second series” cars.

This 54K original mile 1964 Studebaker Commander two-door coupe originally listed in August 2022 on Craigslist in Hollywood, Florida (Ocala) is likely one of these second series cars as the solid white steering wheel is one of the key tells as cars built in South Bend featured steering wheels that either matched the interior color or were two-toned with white as the upper and lower color.  Despite the ultra-low mileage, the seller reports their Commander benefits from one repaint in the original white. The white paint precludes us from calling this Studebaker a survivor.

Currently offered for $11,500, Classic.com, the analytics and search engine for the collector car market, confirms the ask is slightly below the one-year rolling average of this guide’s summary for sixth-generation Studebaker Commanders produced between 1964 and 1966.  By clicking on the green dots in the graph below, you can navigate to each comparable car sold as a way to help you evaluate the price of the car featured here:

As a second data point, the  Collector Car Market Review Online Tool reveals the seller’s ask falls between this guide’s #2 Very Good” estimate of $8,050 and its #1 “Excellent” appraisal of $13,400.

By the autumn of 1963, Studebaker was backed into the corner. There wasn’t money for the mainstream prototype cars designed by Brooks Stevens, nor for the smaller Avanti-Esque cars designed by Raymond Loewy’s team. Instead, Studebaker’s ailing president Sherwood Egbert instructed Brooks Stevens to do another miracle as he’d done for the 1962 cars. It was another reskin of the dated 1953-based design.

These same basic cars were sold in 1964 as Lark Challenger, Commander, Daytona, and Cruiser. The Studebaker Commander was the non-fleet basic family trim level. It was the first time this nomenclature was used by Studebaker since 1958 and denoted the attempt by Studebaker to show that their new family-oriented cars had grown up a bit from the humble Lark roots.

Buyers had a choice of the economical and proven 112 horsepower 170 cubic inch inline-six or a 180 horsepower 259 cubic inch V-8. A four-barrel carburetor option boosted that to 195 hp, while the larger 289 V-8 was available in several forms, including 210, 225, 240, and 290 horsepower, the last thanks to a Paxton supercharger.  Initial body styles encompassed a two-door sedan, four-door sedan, and four-door, sliding roof Wagonaire station wagon.

Despite having a hit on their hands with the new Avanti, Studebaker sales plummeted in 1963 as the company could not meet the strong demand for the fiberglass-bodied car.  Continued financial woes made many consumers shop for competitive brands out of fear Studebaker would close.  The dwindling dealer network added to the problem, which finally began to throw in the towel and take on competitive makes and even imports. By December 1963, Studebaker’s board chose to shutter the South Bend Main plant and began to import new cars from their Hamilton, Ontario facility in January 1964. A slightly up-market Studebaker Commander Special 2-door sedan, with additional equipment, was the only marked change in the line-up.

This 1964 Studebaker Commander, with just under 54K original miles, appears to be ready to continue doing what it does best: being a no-frills, entry-level car.  While that meant something different when this Studebaker rolled off the showroom floor, today, it represents an entry-level vintage car that gets an enthusiast involved with the hobby.

“1964 Studebaker Commander 2 door coupe. It has 53,945 original miles and is all original except it has been painted over once. (has original color). It runs and drives well and is in extremely good condition. The original interior is in very good condition, working tube type AM radio, a 3-speed manual transmission, and a straight 6-cylinder motor. Clean Florida title in my name. Call Dale for more info. Located in Beverly Hills, Fl.“

Show or go: What would you do with this 1964 Studebaker Commander?  Please comment below and let us know!