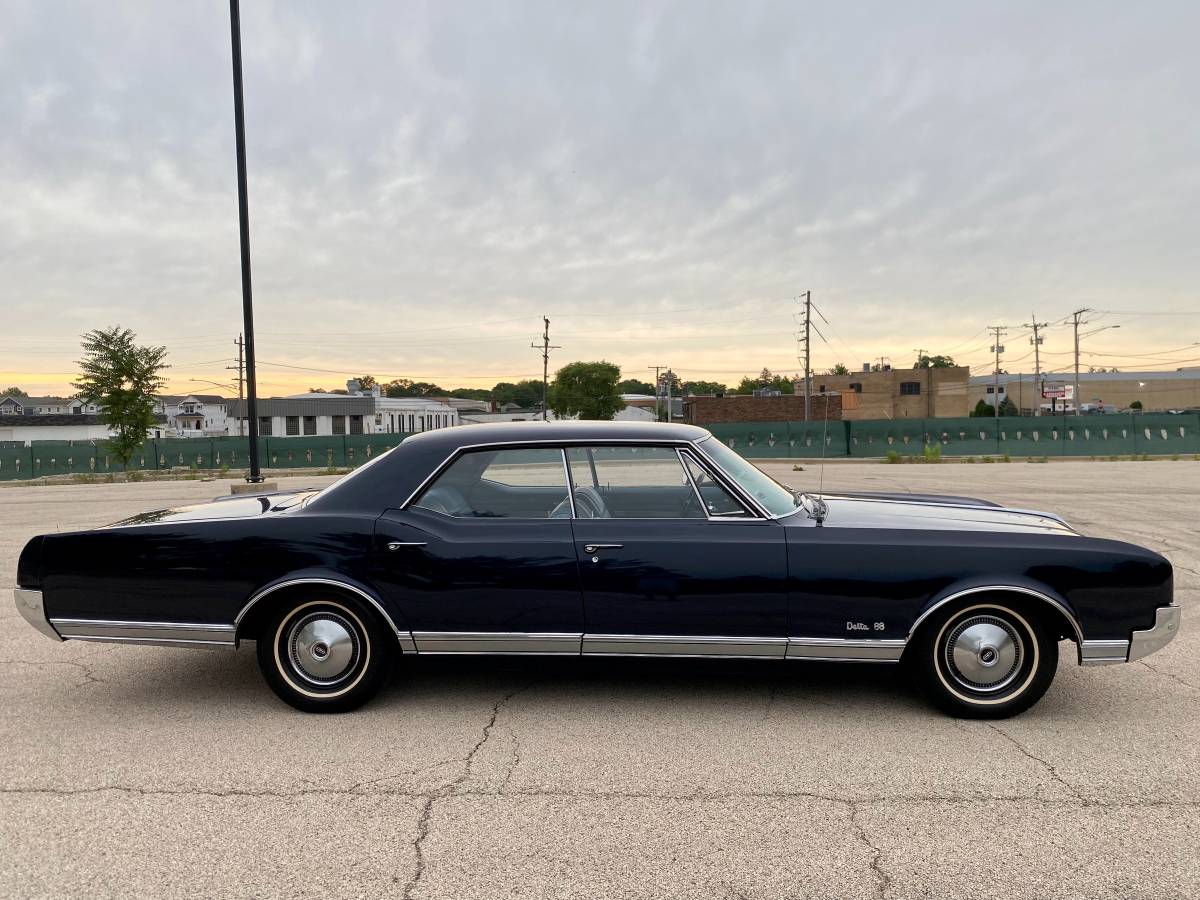 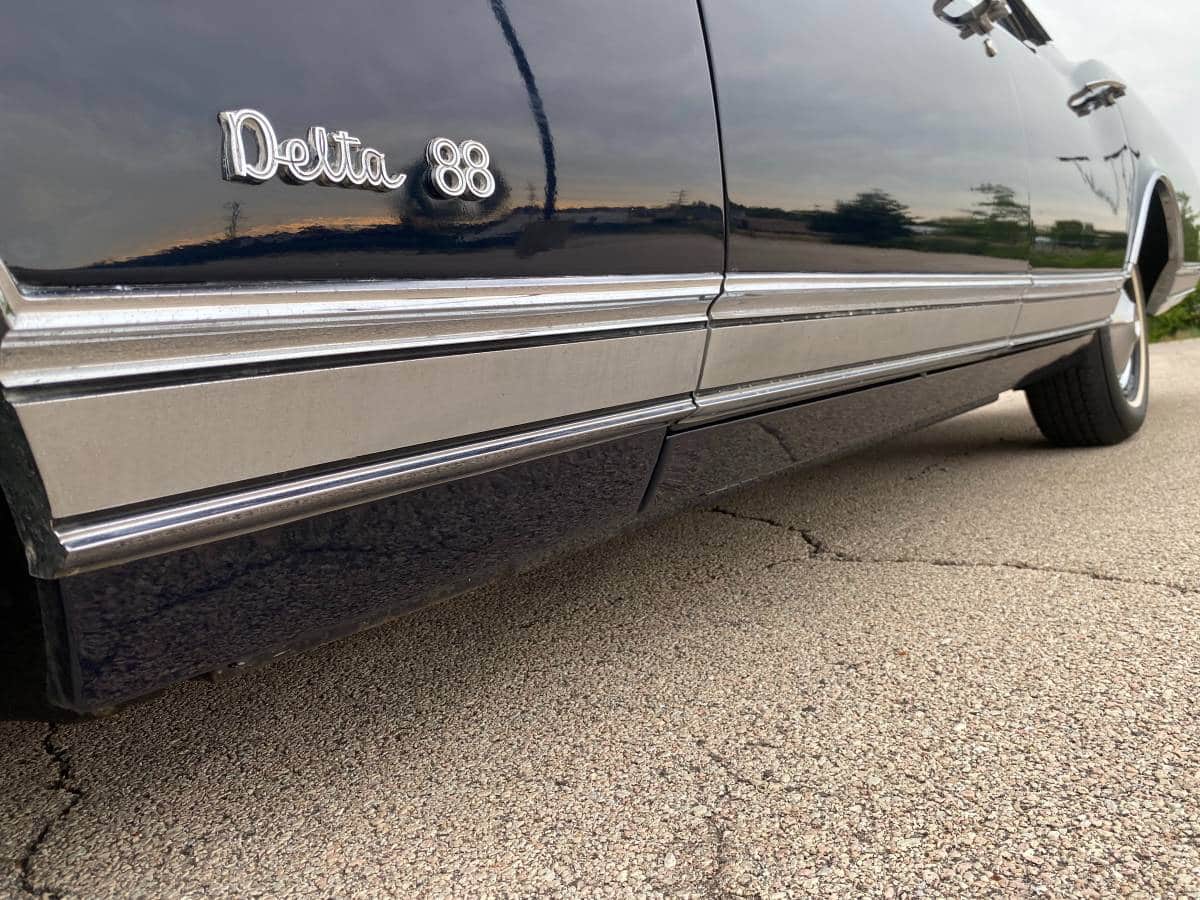 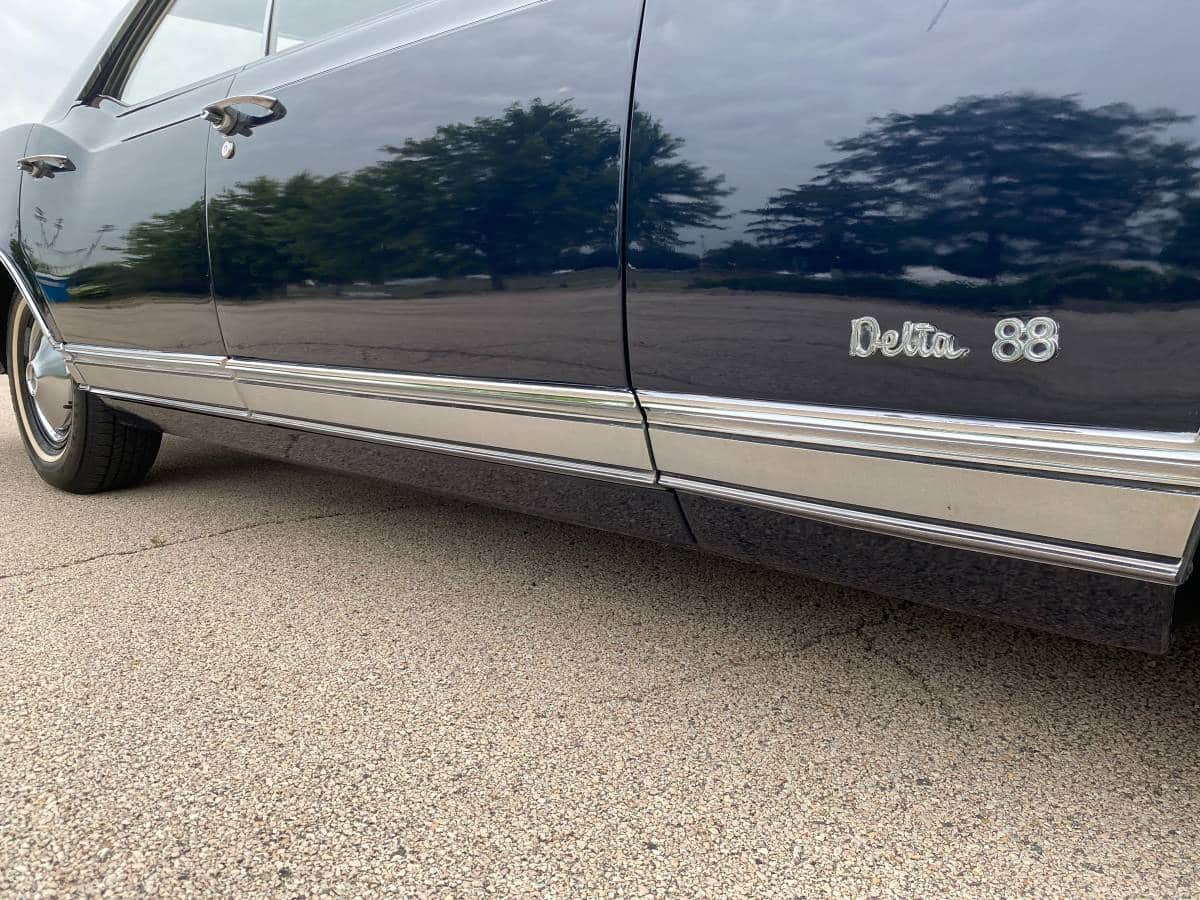 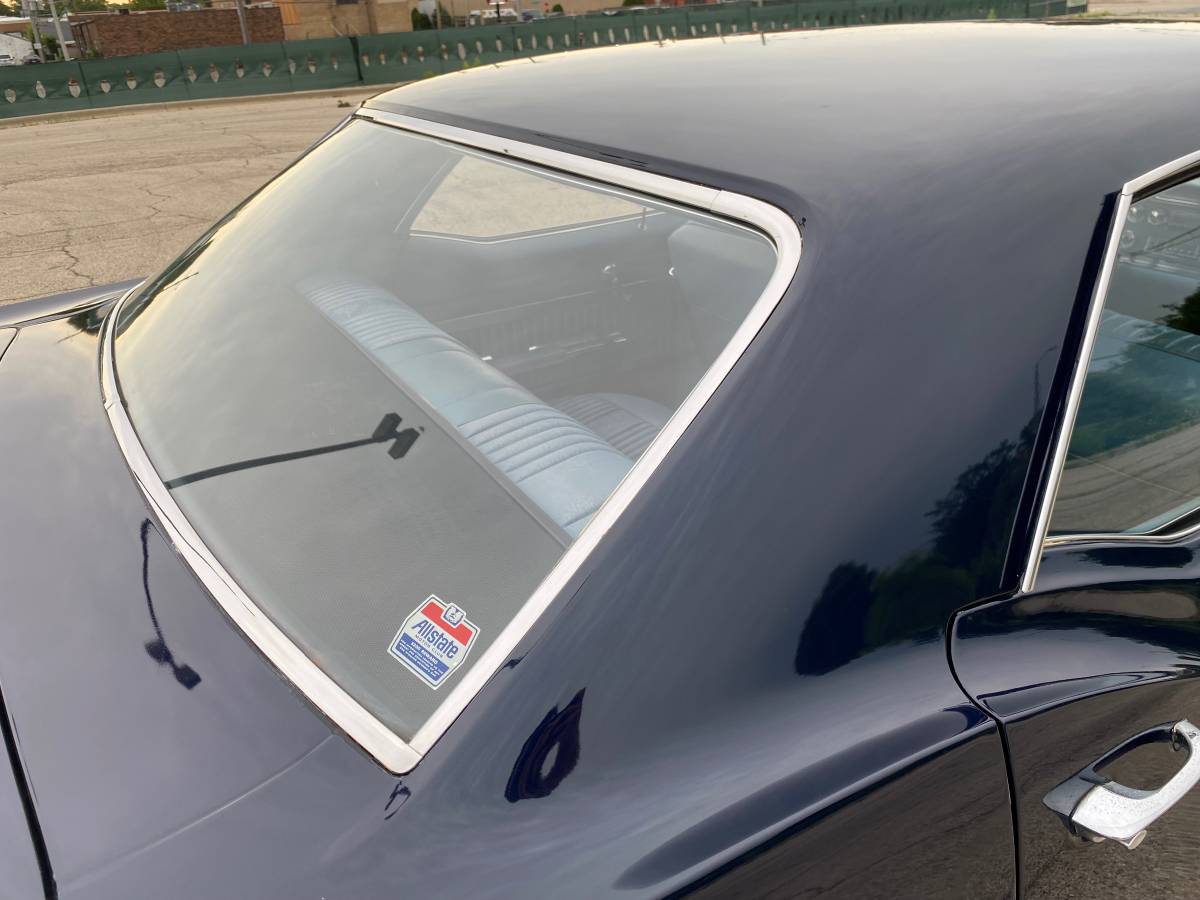 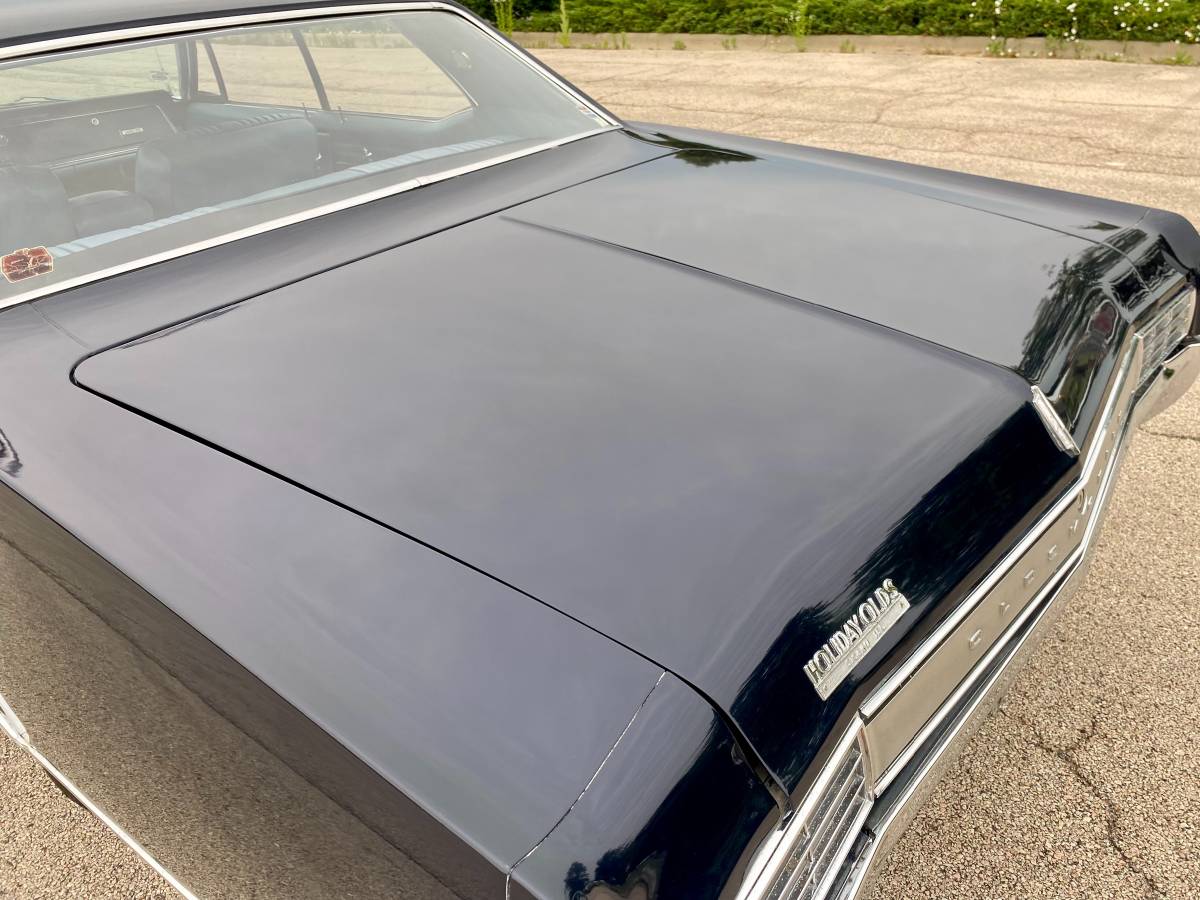 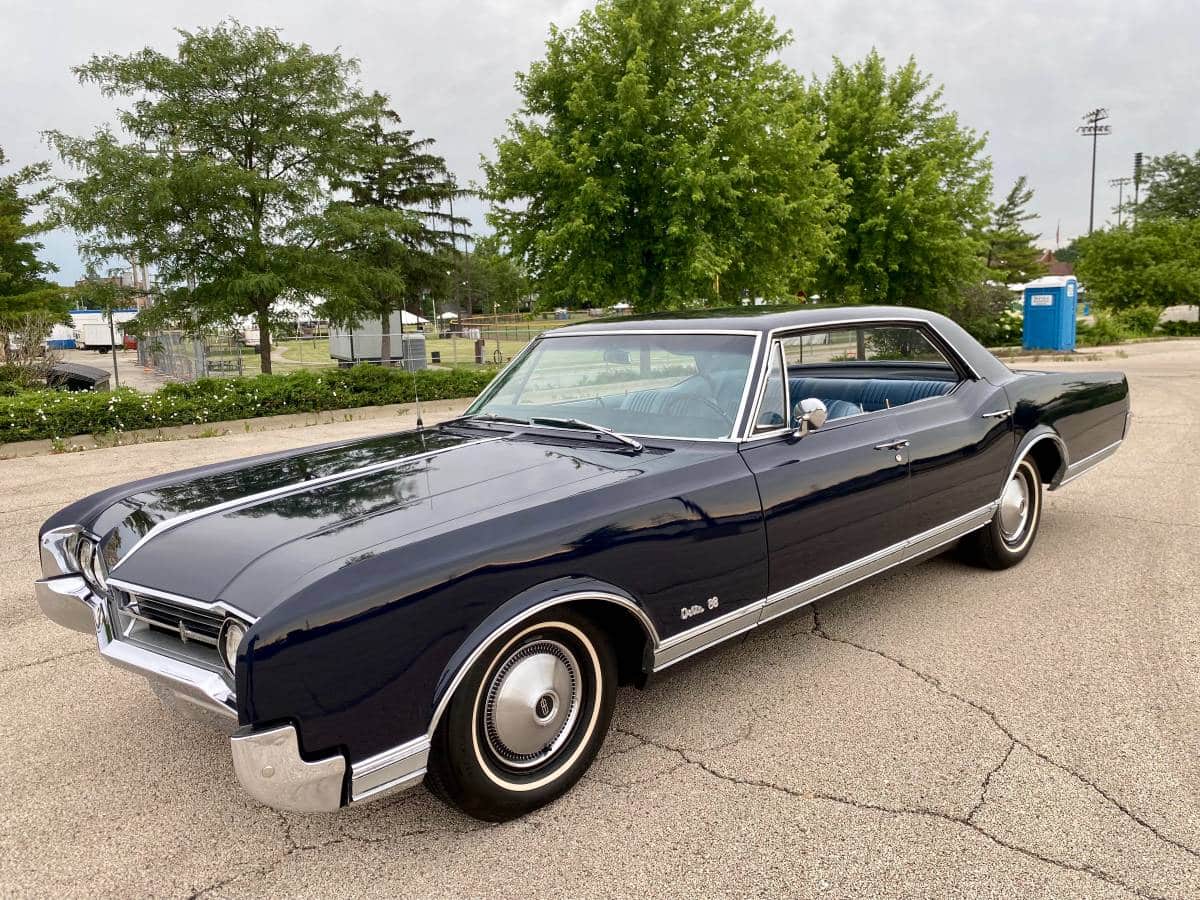 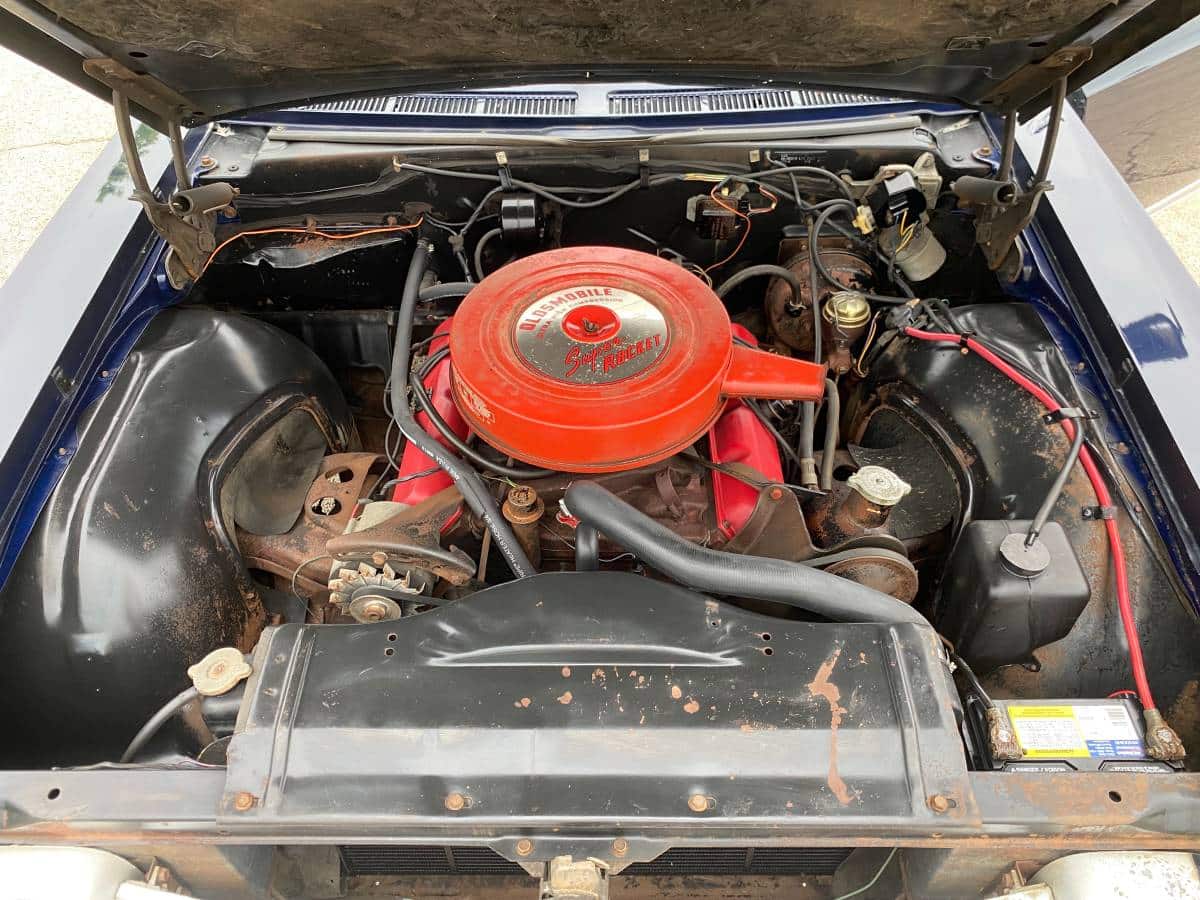 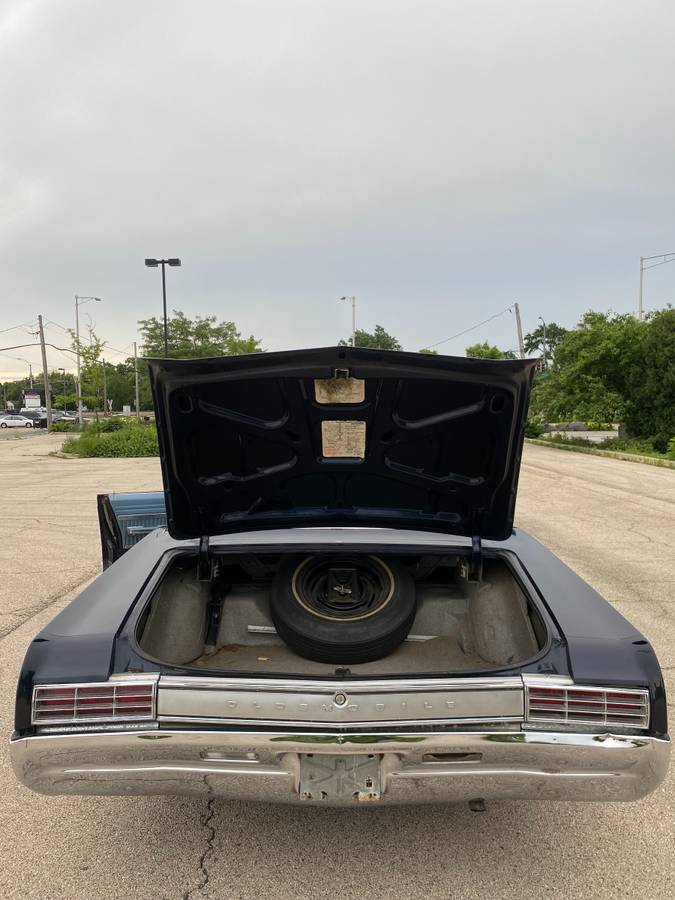 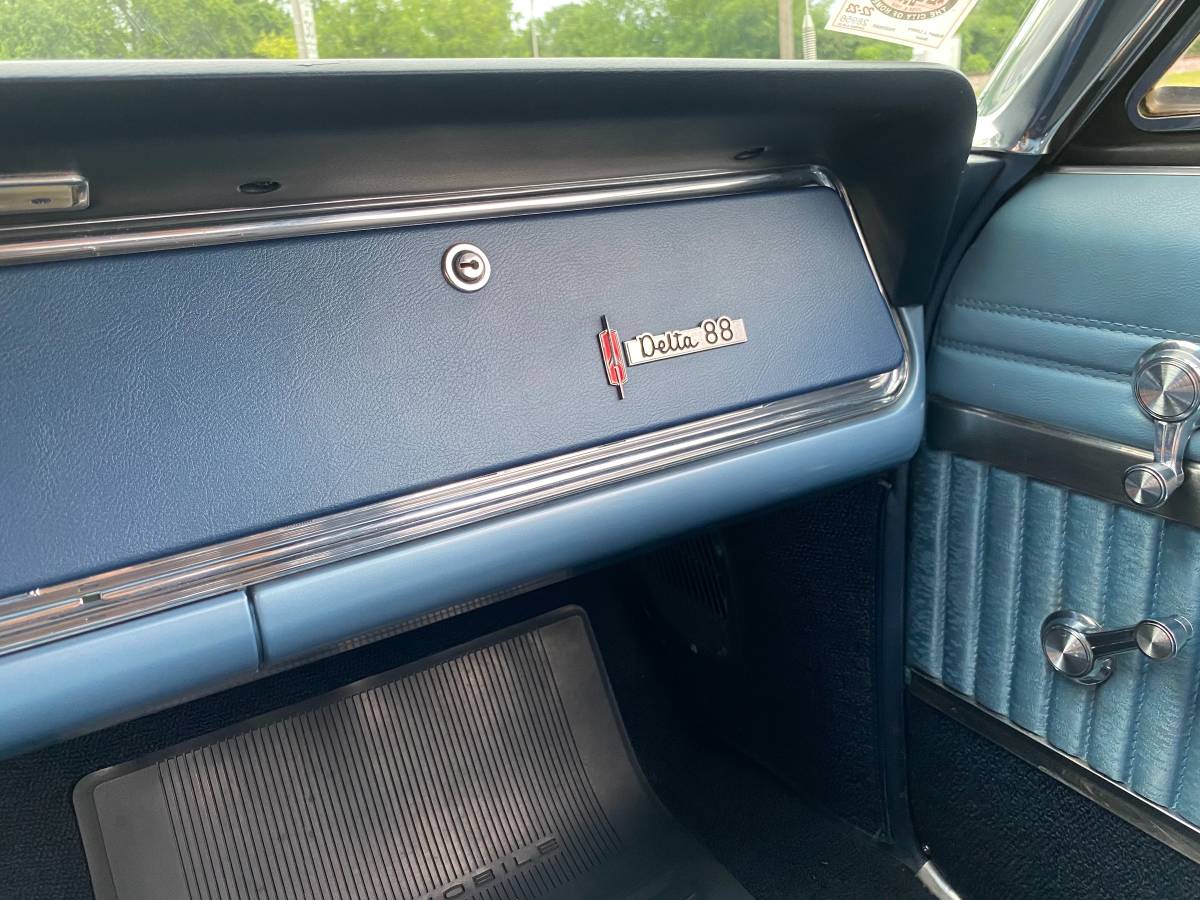 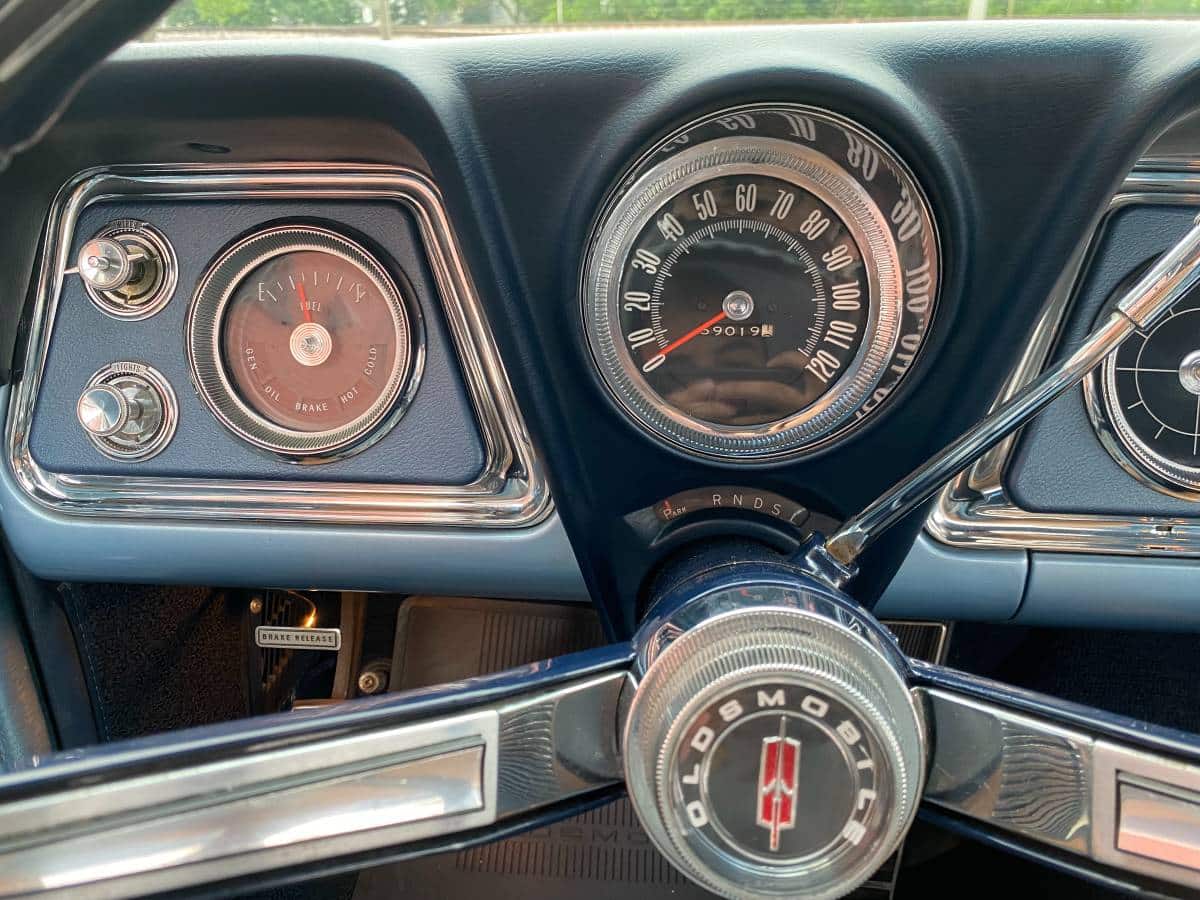 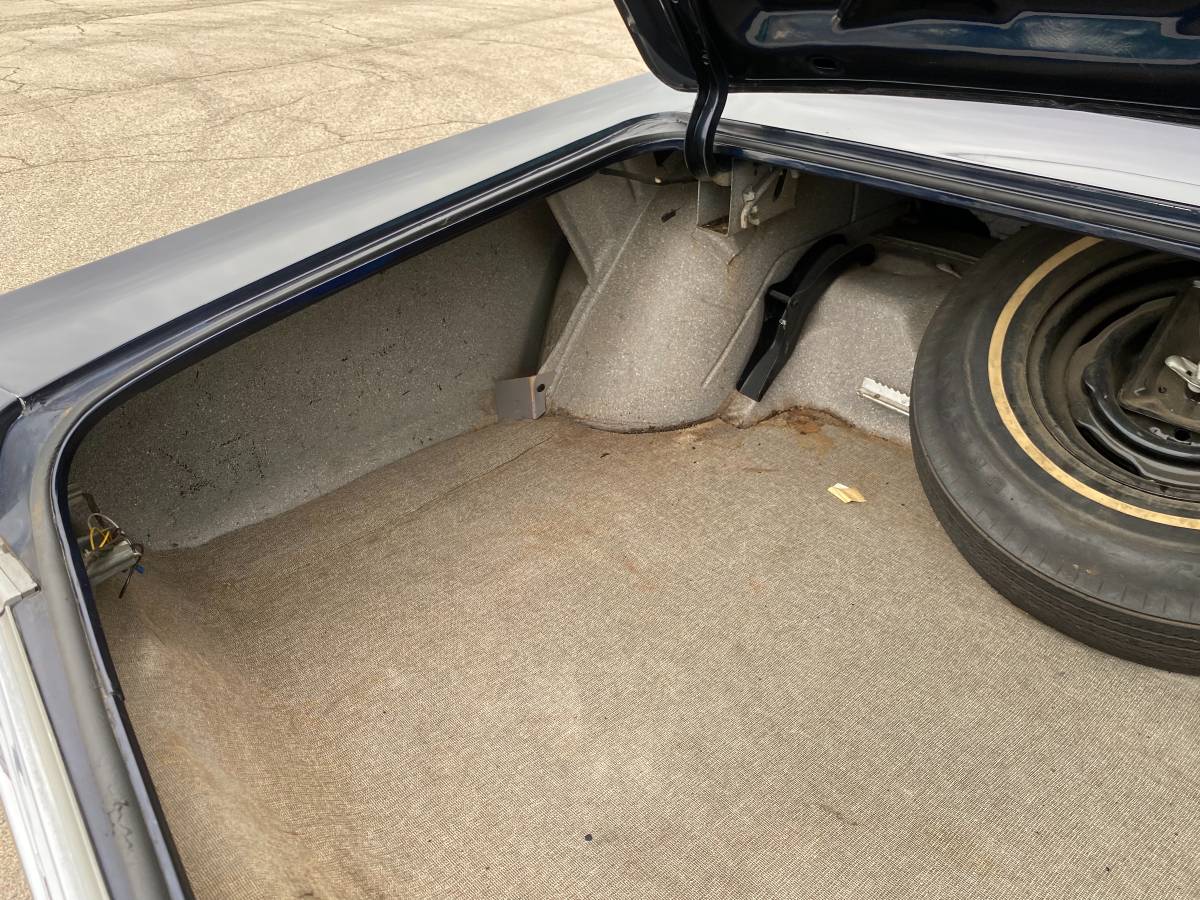 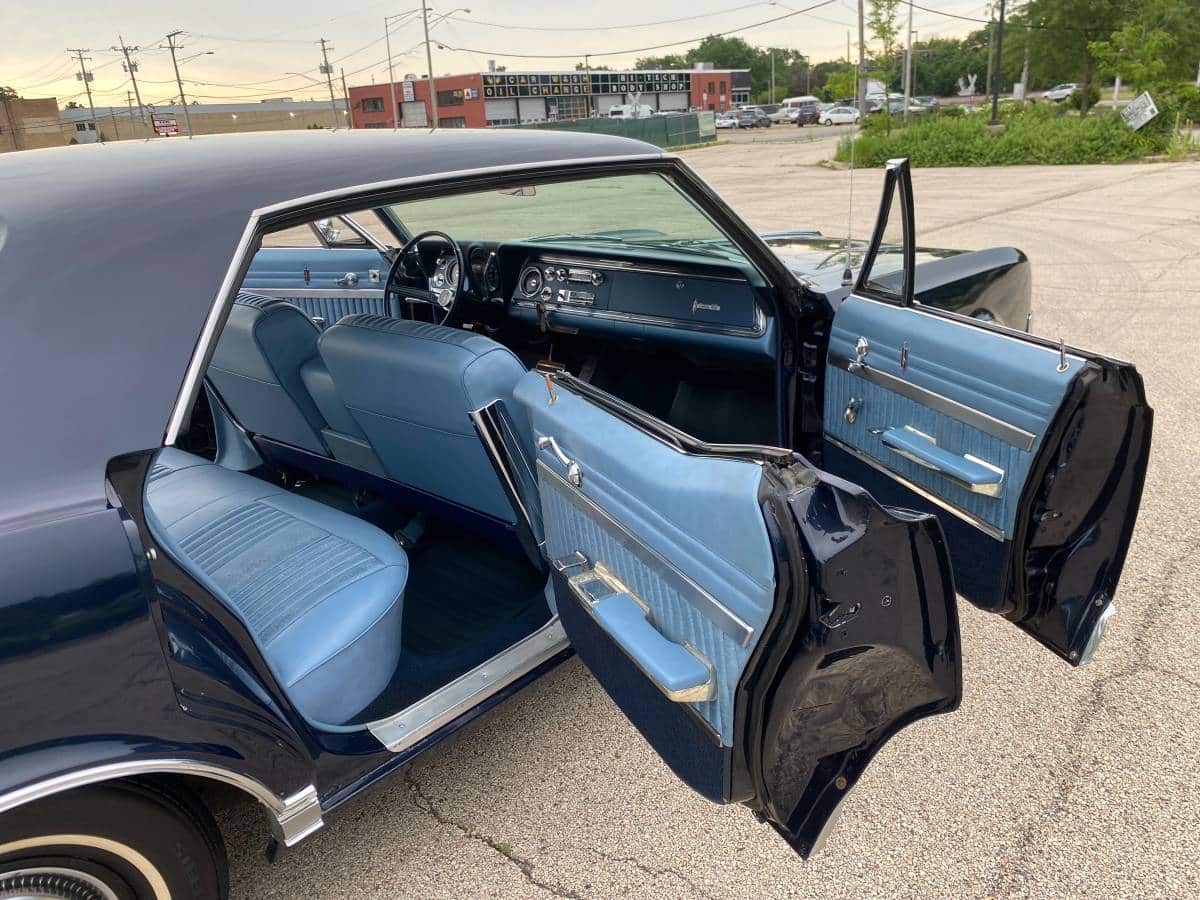 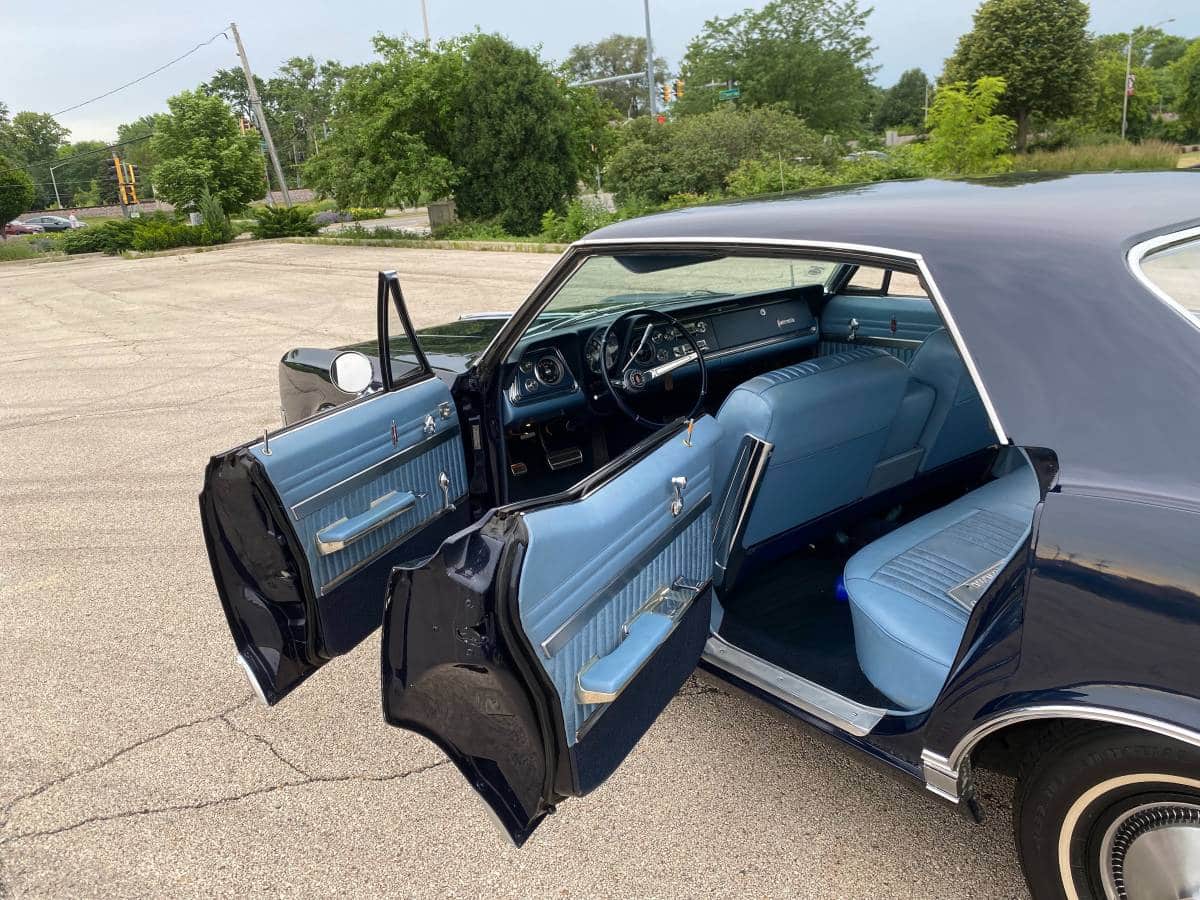 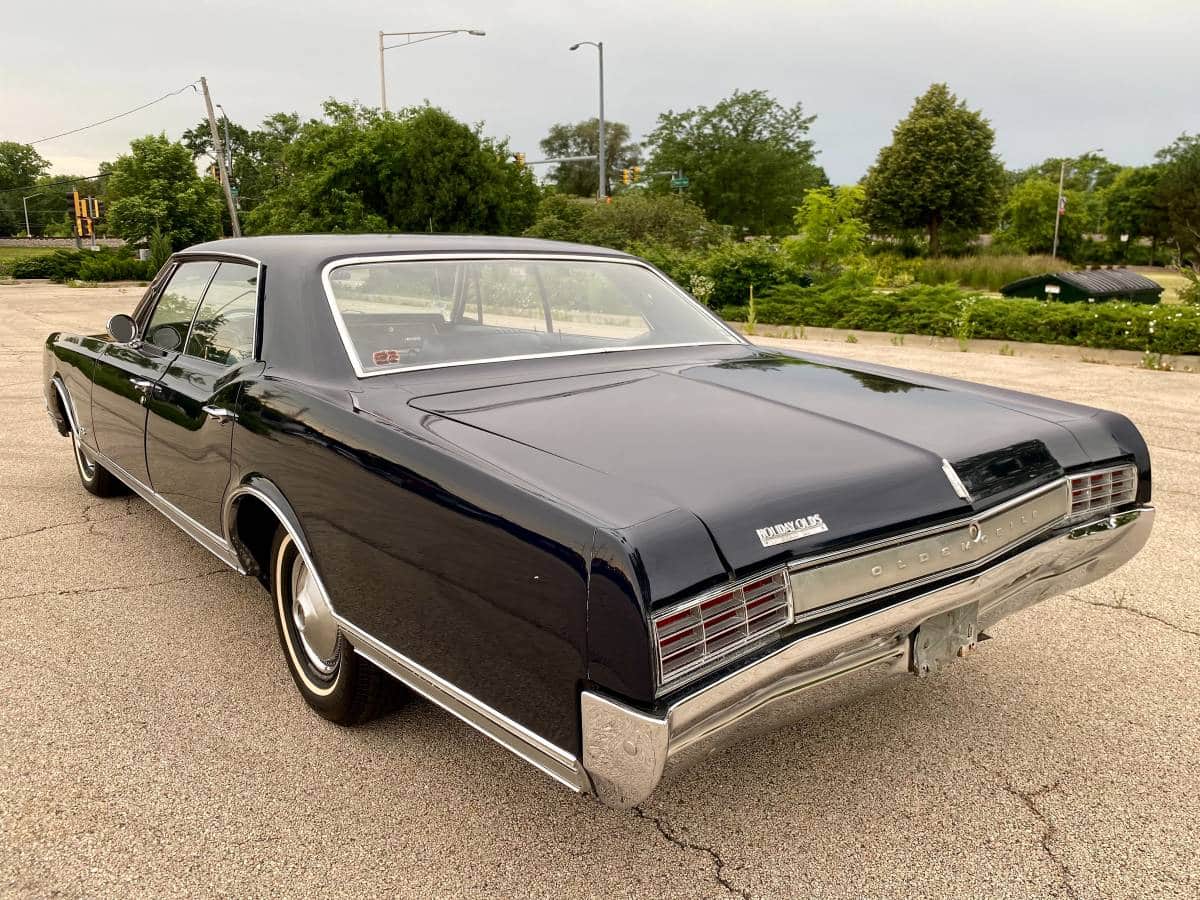 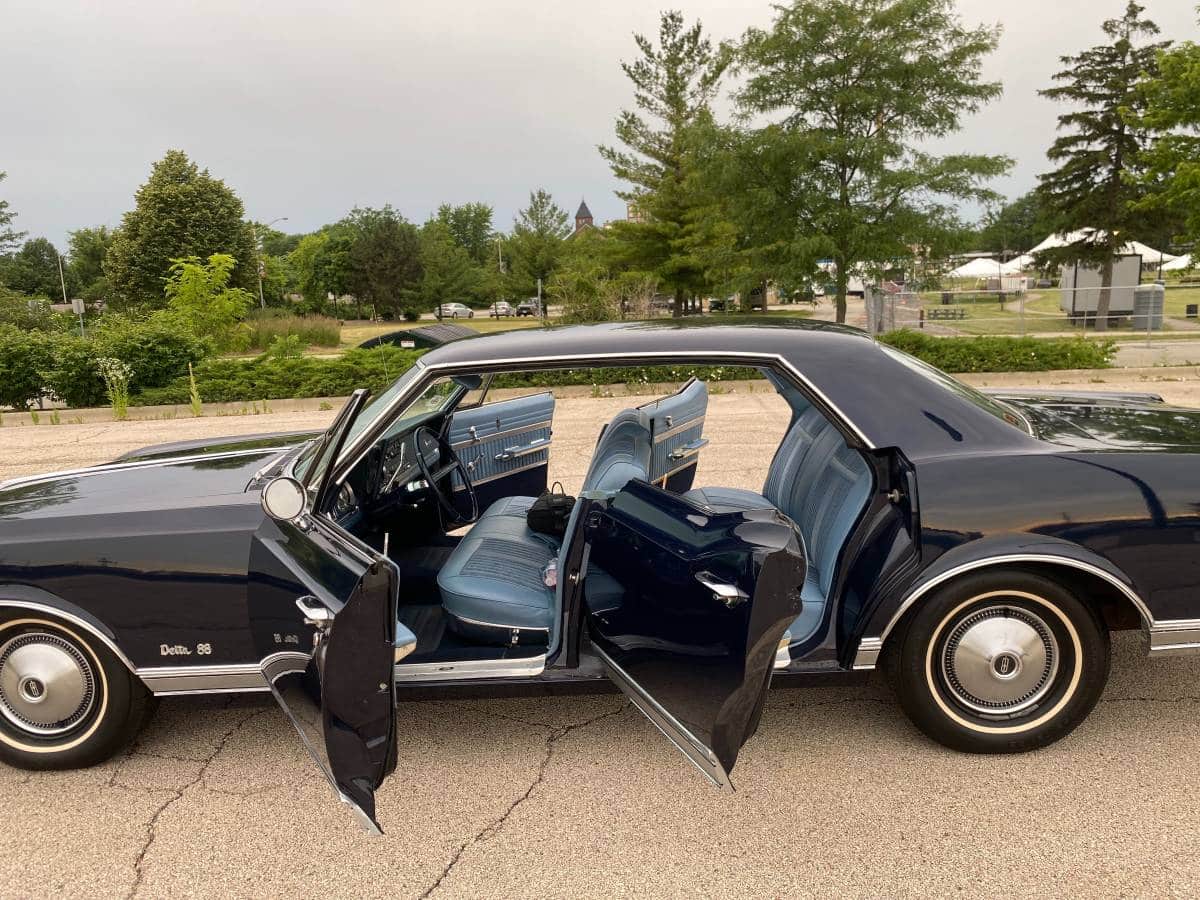 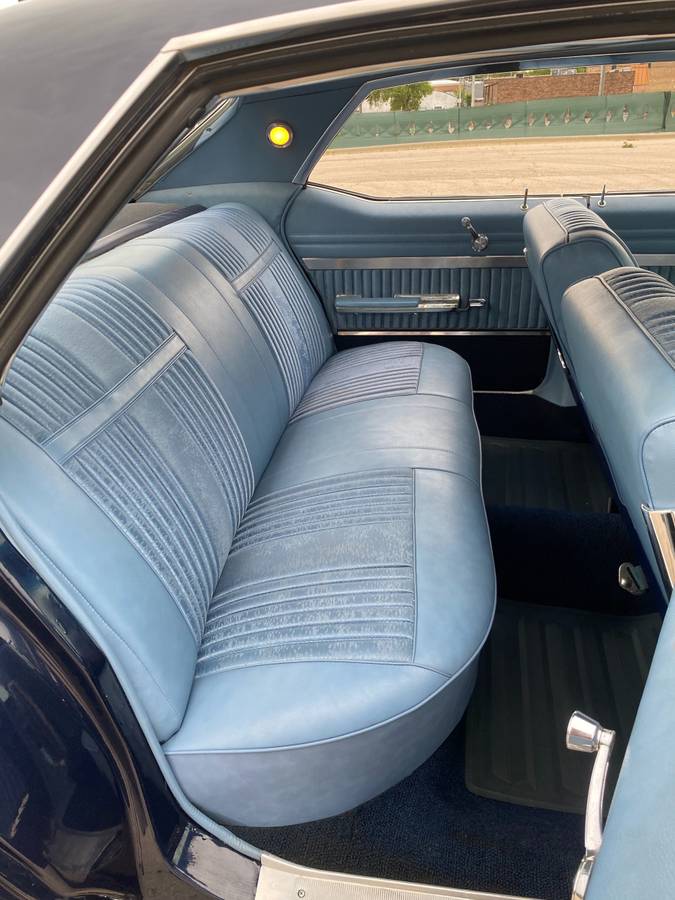 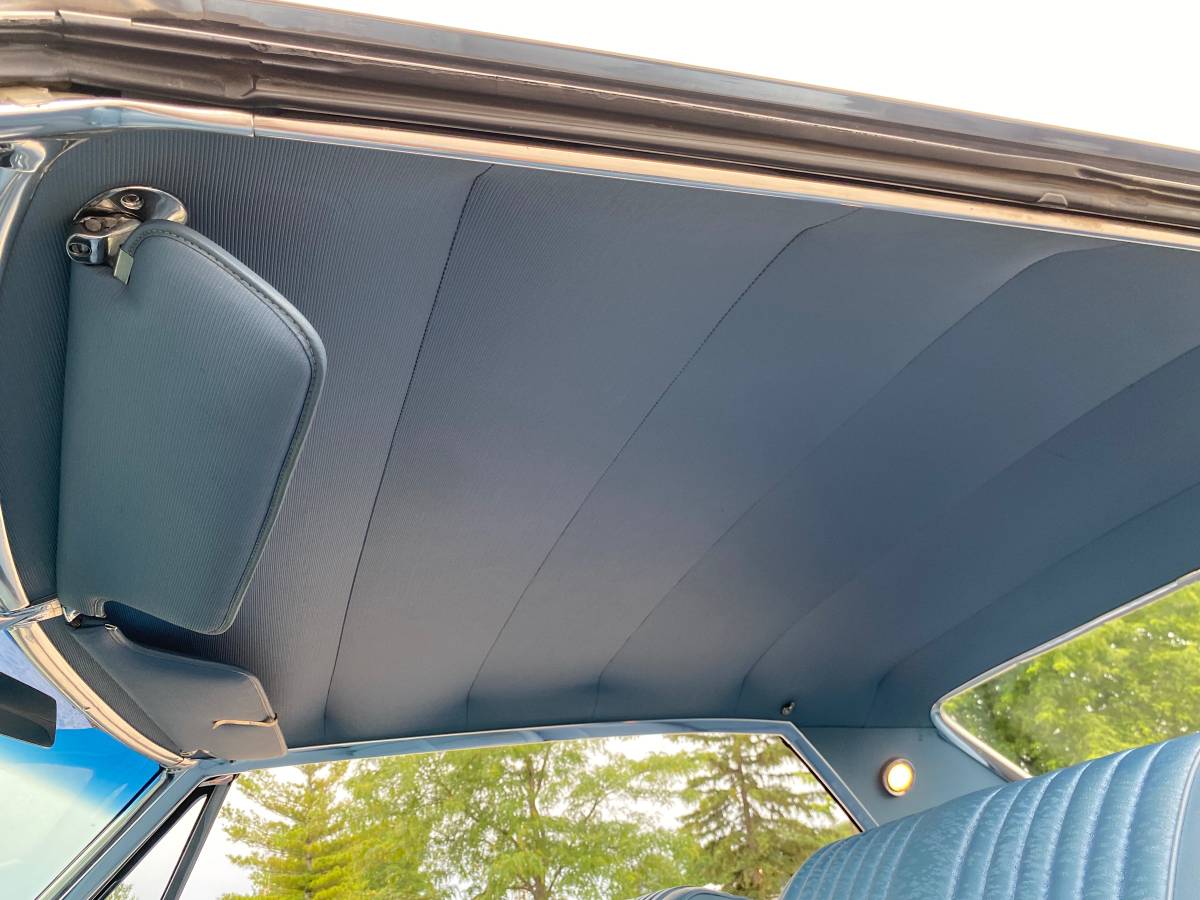 August 18, 2022, Update – We confirmed the seller of this “Classifind” deleted their listing, so we’re now able to call this one “SOLD!” While this one got away, please reach out either by email or call us directly if you’d like to be informed when we come across something similar.

Oldsmobile Marketers used the word “Holiday” to refer to its pillarless hardtop models throughout the 1960s.  Coincidentally, one of the bigger Oldsmobile dealers in the Buffalo, New York area happened to be named Holiday Olds.  This 58K original mile, 1966 Oldsmobile Delta 88 four-door hardtop originally listed in August 2022 on Craigslist in Arlington Heights, Missouri (St. Louis) still features Holiday Oldsmobile’s pot metal trunk emblem.  The seller reports their 1966 Oldsmobile Delta 88 Holiday Sedan as a one-owner example: “Everything works as it should including all gauges.”

Currently offered for $16,900, Classic.com, the analytics and search engine for the collector car market, confirms the ask is at the high end of the five-year rolling average of this guide’s summary for sixth-generation Oldsmobile Delta 88s of all body styles produced between 1965 and 1970.  By clicking on the green dots in the graph below, you can navigate to each comparable car sold as a way to help you evaluate the price of the car featured here:

As a second data point, the  Collector Car Market Review Online Tool reveals the seller’s ask falls above this guide’s  #1 “Excellent” appraisal of $12,500.

When Oldsmobile launched its versions of GM’s redesigned full-size “B” and “C” body cars for the 1965 model year, Olds marketers adopted the “Delta” name to an upscale trim line of the Dynamic 88, the Dynamic 88 Delta, replacing the previous top-series B-body Olds, the Super 88. Early ’65s were referred to as Dynamic 88 Deltas, but within a few weeks after the start of the model year, Olds began marketing the line as a separate series known as the Delta 88. Other full-sized Oldsmobile model lines included the low-priced Jetstar 88, the volume-selling Dynamic 88, the sporty Jetstar I, and the sporty and luxurious Starfire, all riding on a 123-inch wheelbase. Oldsmobile had some marketing successes by naming the Starfire after a United States Air Force fighter Lockheed F-94 Starfire and tried the approach again, naming the Delta 88 after the Convair F-102 Delta Dagger.

All 1965 Oldsmobile models featured all-new styling and engineering. The B-body cars featured more rounded styling than previous years with Coke-bottle profiles and semi-fastback rooflines on Holiday (two-door hardtop) coupes – Jetstar I and Starfire coupes got a more rounded variation of the squared-off 1963–64 roofline with concave rear window shared by Pontiac’s Grand Prix. Also introduced this year was a new 425 cubic-inch Super Rocket V8 with horsepower ratings ranging from 300 to 370 depending on carburation and compression ratio. The new three-speed Turbo Hydramatic transmission with torque converter replaced the Roto Hydramatic used since 1961. Also new to the options list for 1965 on all B-body cars was a four-speed manual transmission with Hurst floor shifter, which was a seldom-ordered offering.

Few styling changes other than revised grilles and tail sections marked the 1966 full-sized Oldsmobiles. Olds Marketers replaced the sporty Jetstar I series with a lower-priced Starfire only offered as a hardtop coupe taking its place. All other series 88 models were carried over from 1965 with a new convertible added to the Delta 88 line and the same body style dropped from the Jetstar 88 line.

A new option for all senior Oldsmobiles (88, Ninety-Eight, and the new front-drive Toronado) was GM’s automatic Comfortron Air Conditioning system, first introduced by Cadillac in 1964. Comfortron permitted the driver to set a year-round temperature at a constant level automatically. The basic Frigidaire air conditioning unit offered in previous years continued as before and became an increasingly popular option on full-sized Oldsmobiles. Another new option for 1966 was a Tilt-and-Telescopic steering wheel that could be vertically adjusted to six different positions and telescoped outward from the instrument panel to improve driver comfort.

The TVDays YouTube Channel features this video of the Oldsmobile Delta 88 Sales Film:

“Up for sale is a beautiful 1966 Oldsmobile Delta 88 with only 58,000 miles. 1 Owner since new! The car is all original! Original engine and transmission, original upholstery, etc. It is very clean inside, out, and underneath. NO RUST! Runs and drives great. Shifts smoothly as it should. The interior is in showroom condition with no rips, no stains, and no tears or cracks in any of the door panels, seats, or dashboard. Everything works as it should including all gauges. The doors shut perfectly and the car is very solid. Gets compliments every time you drive it!“

Show or go: What would you do with this 1966 Oldsmobile Delta 88 Four Door Hardtop?  Please comment below and let us know!