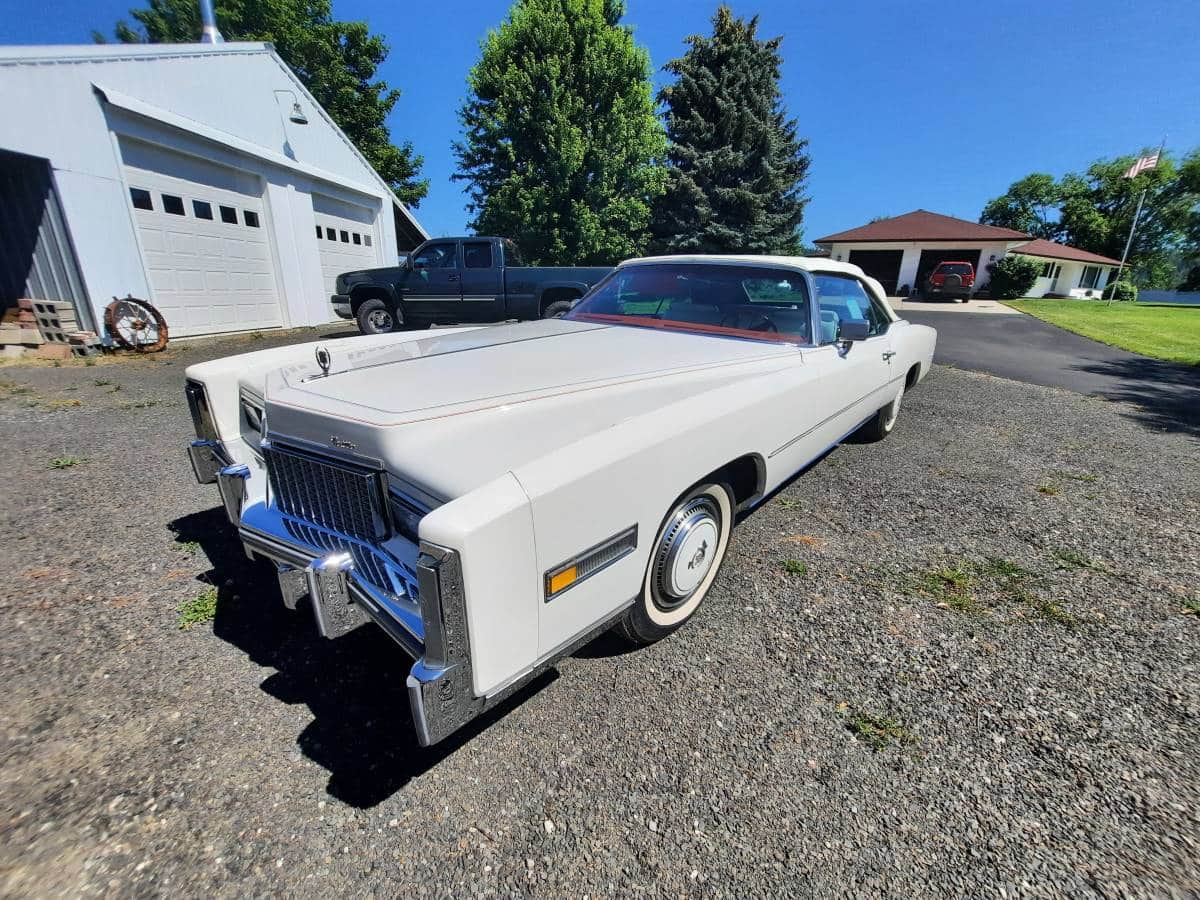 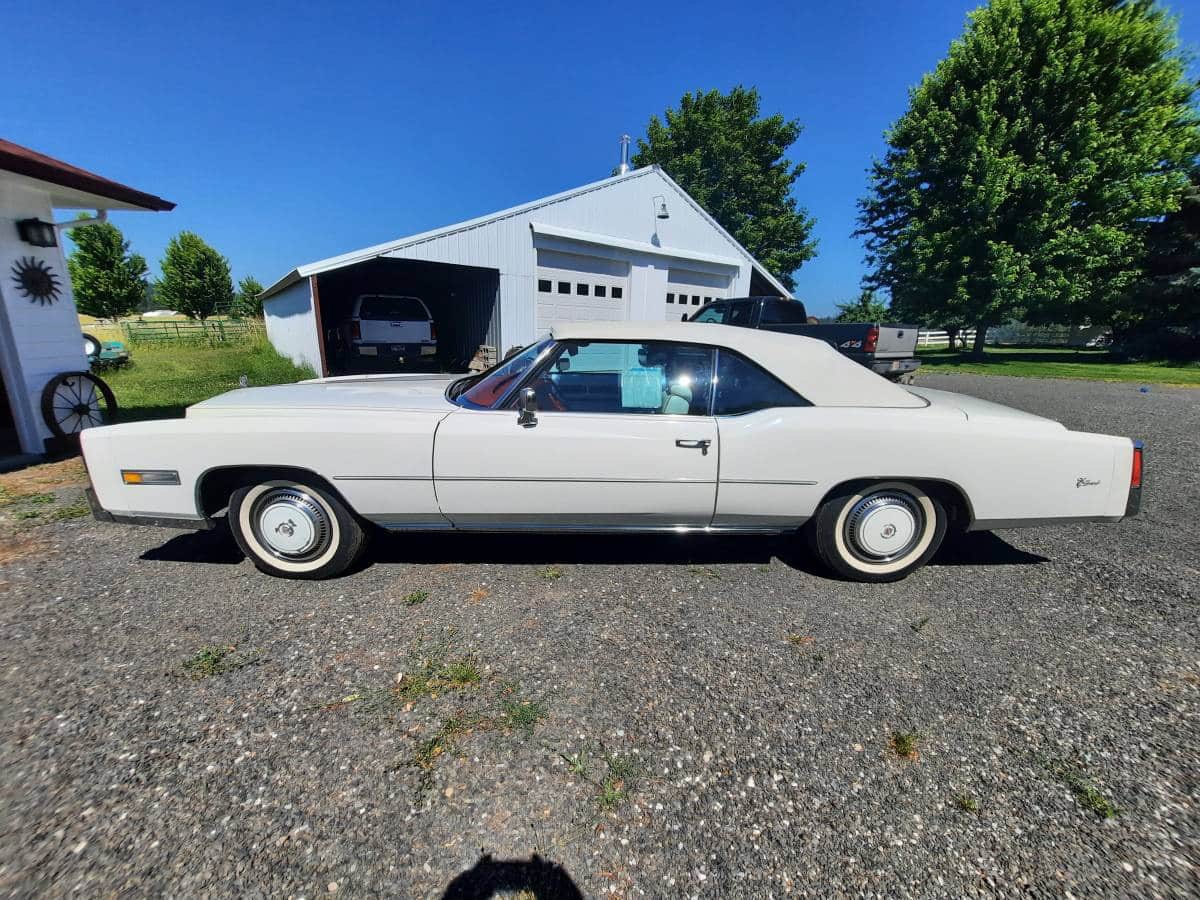 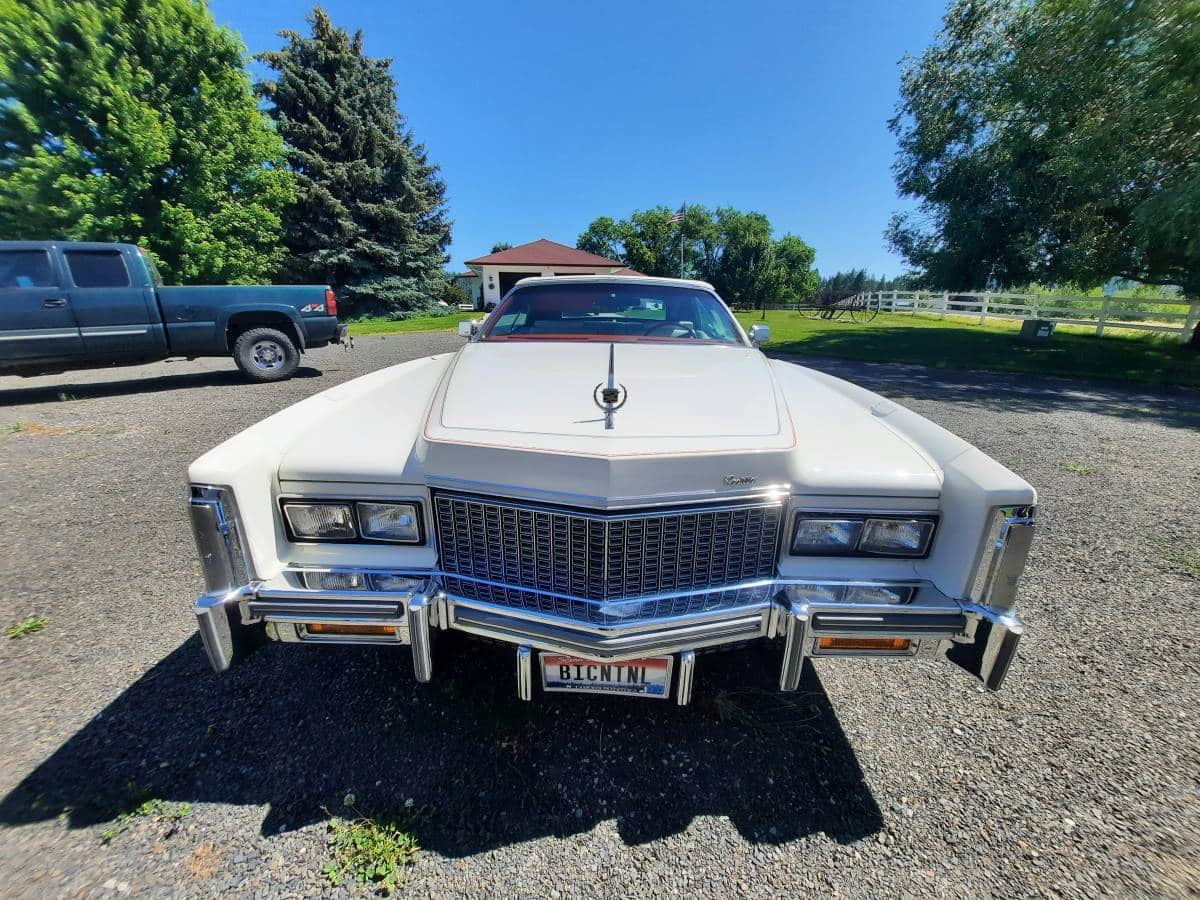 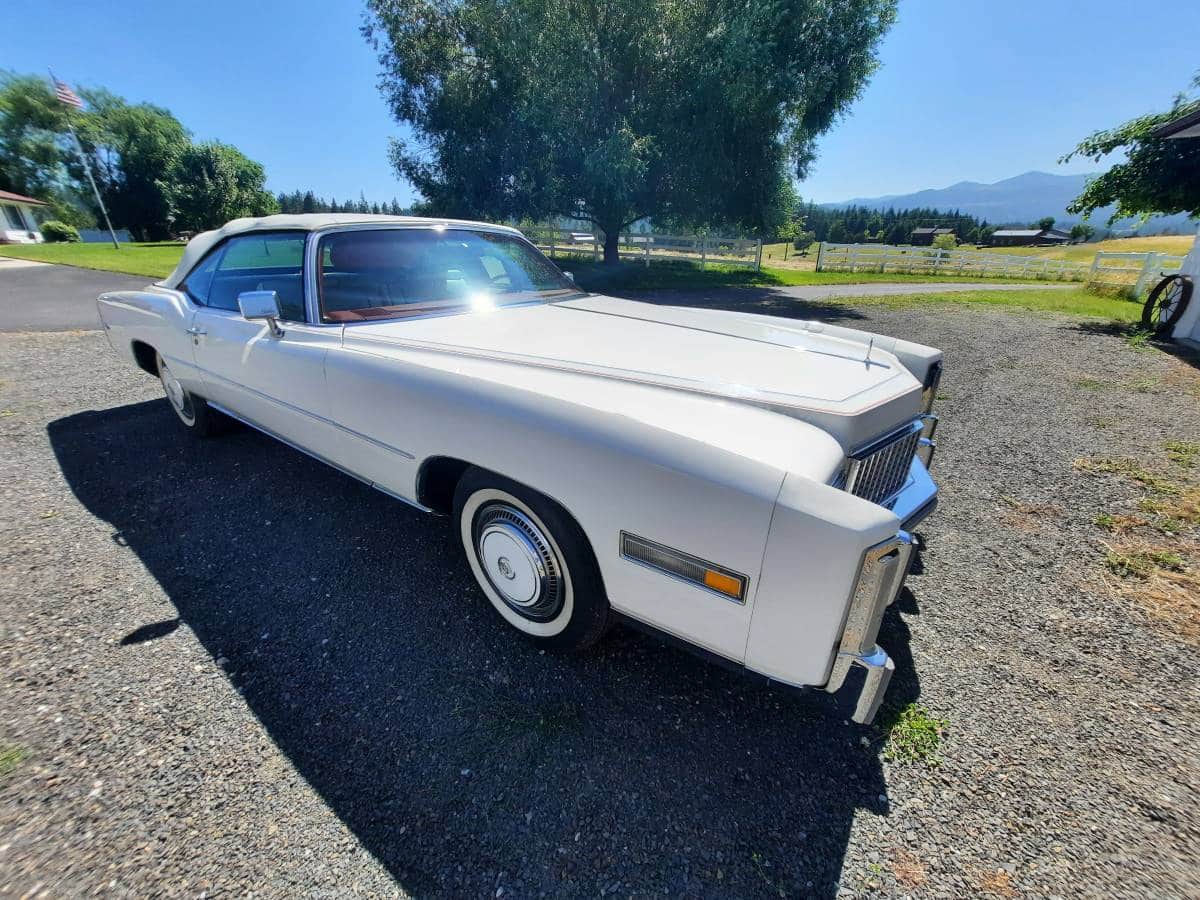 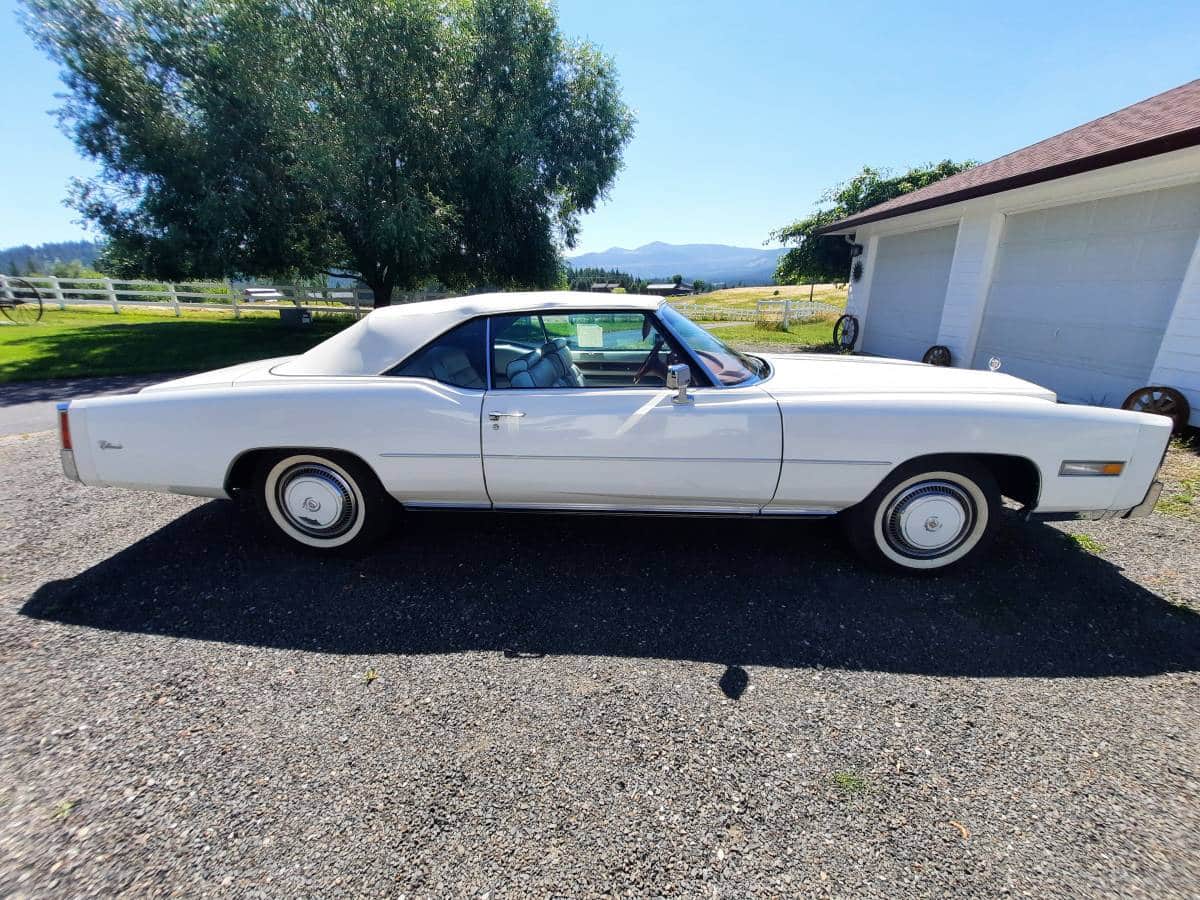 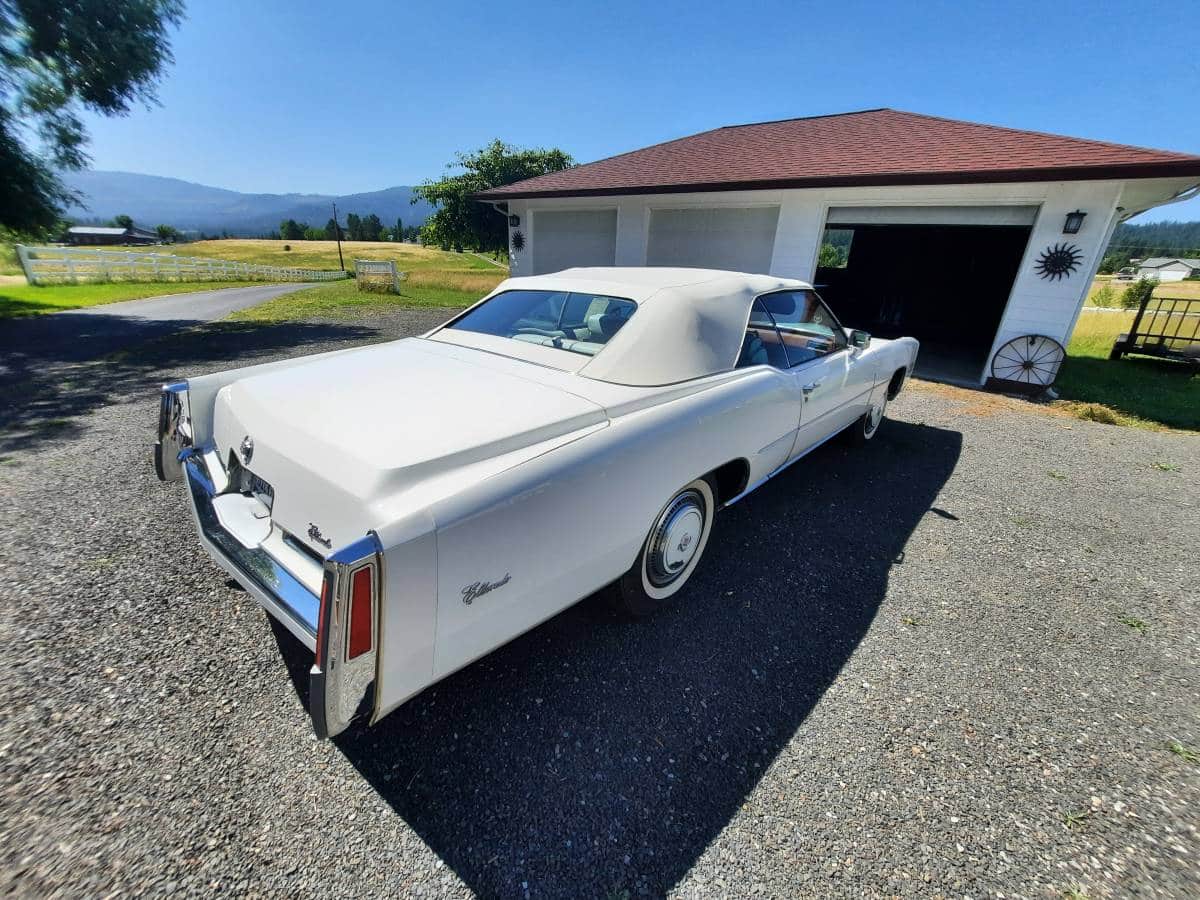 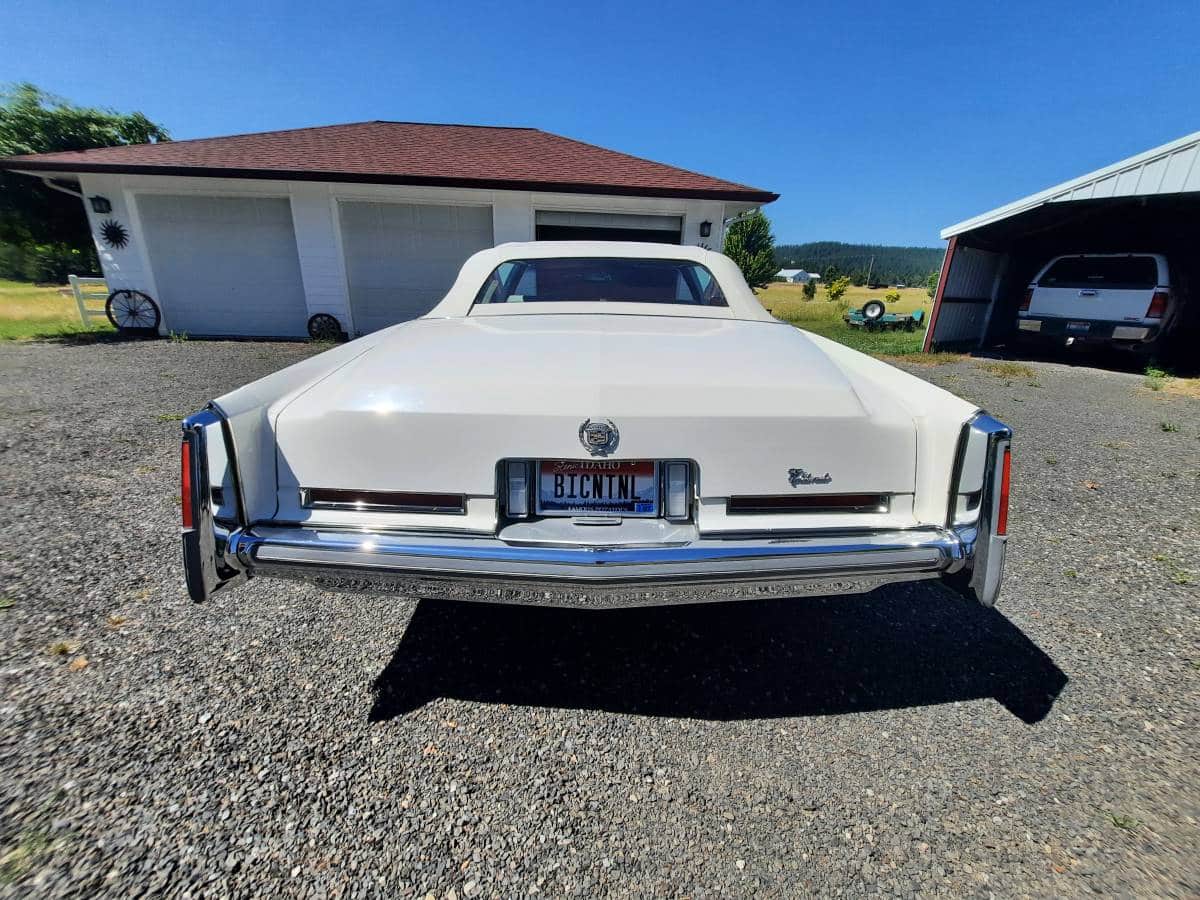 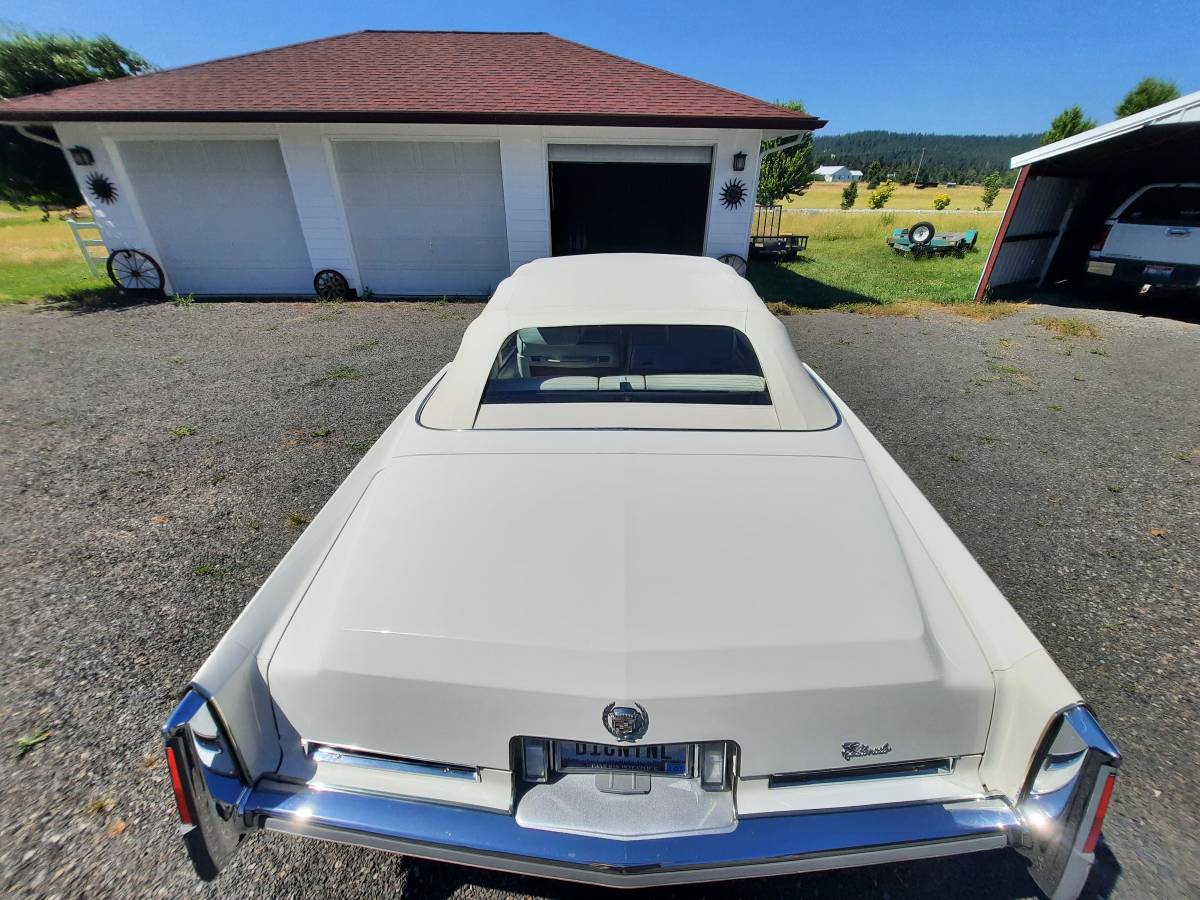 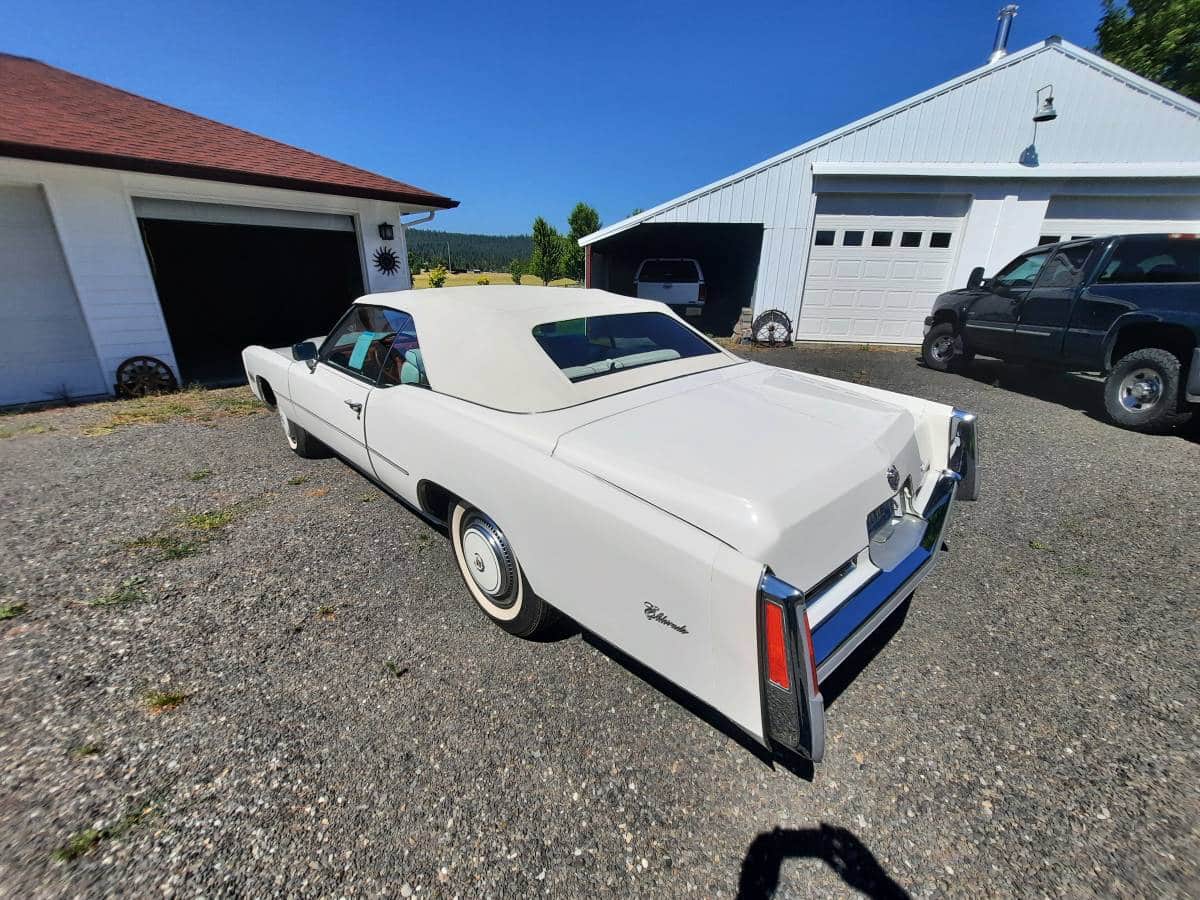 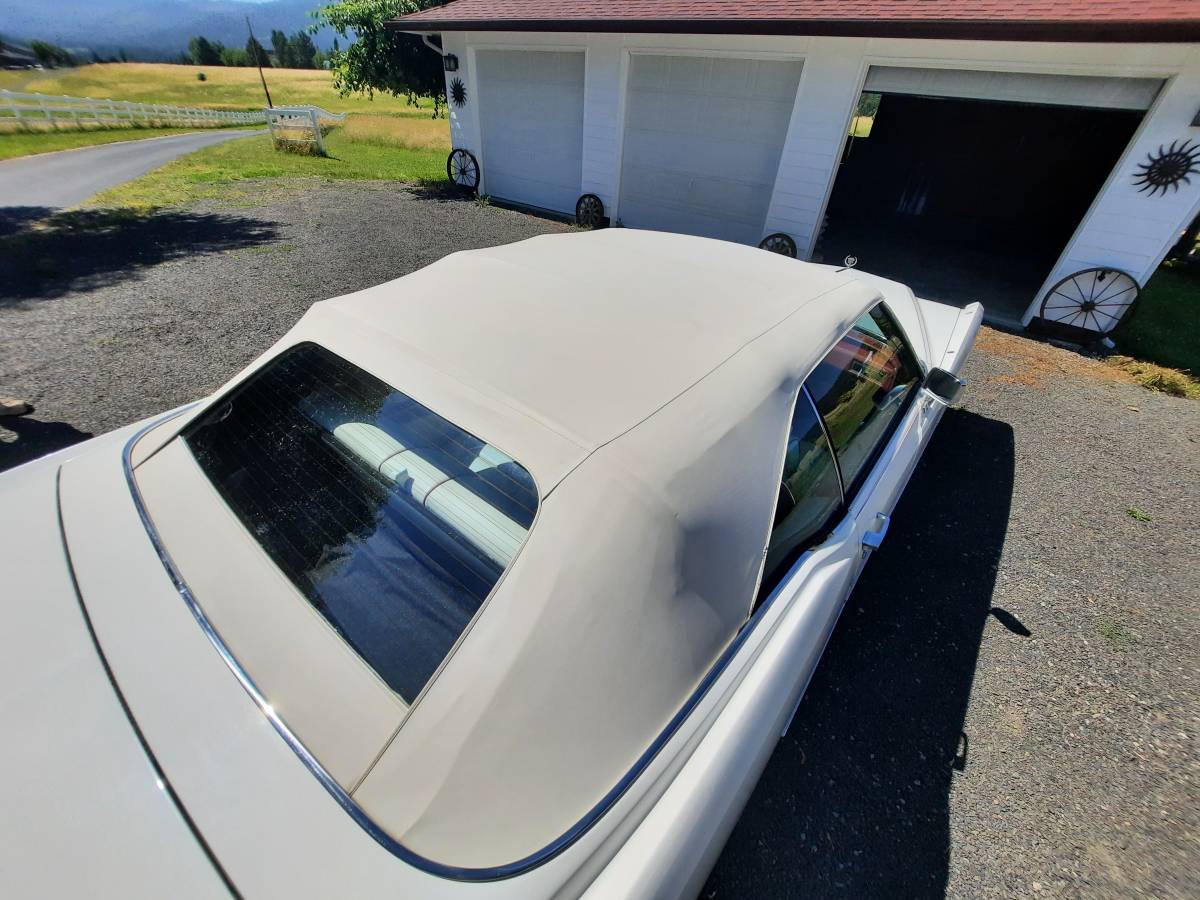 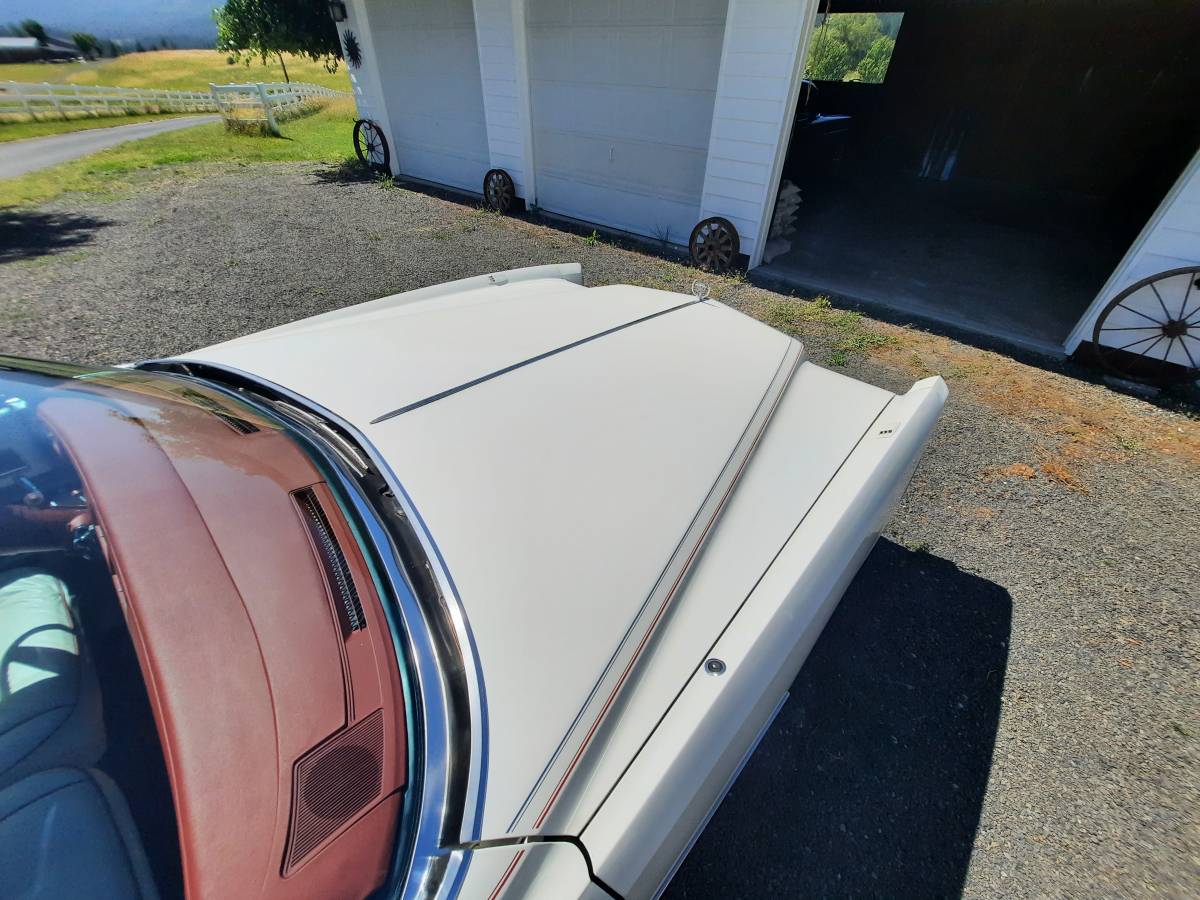 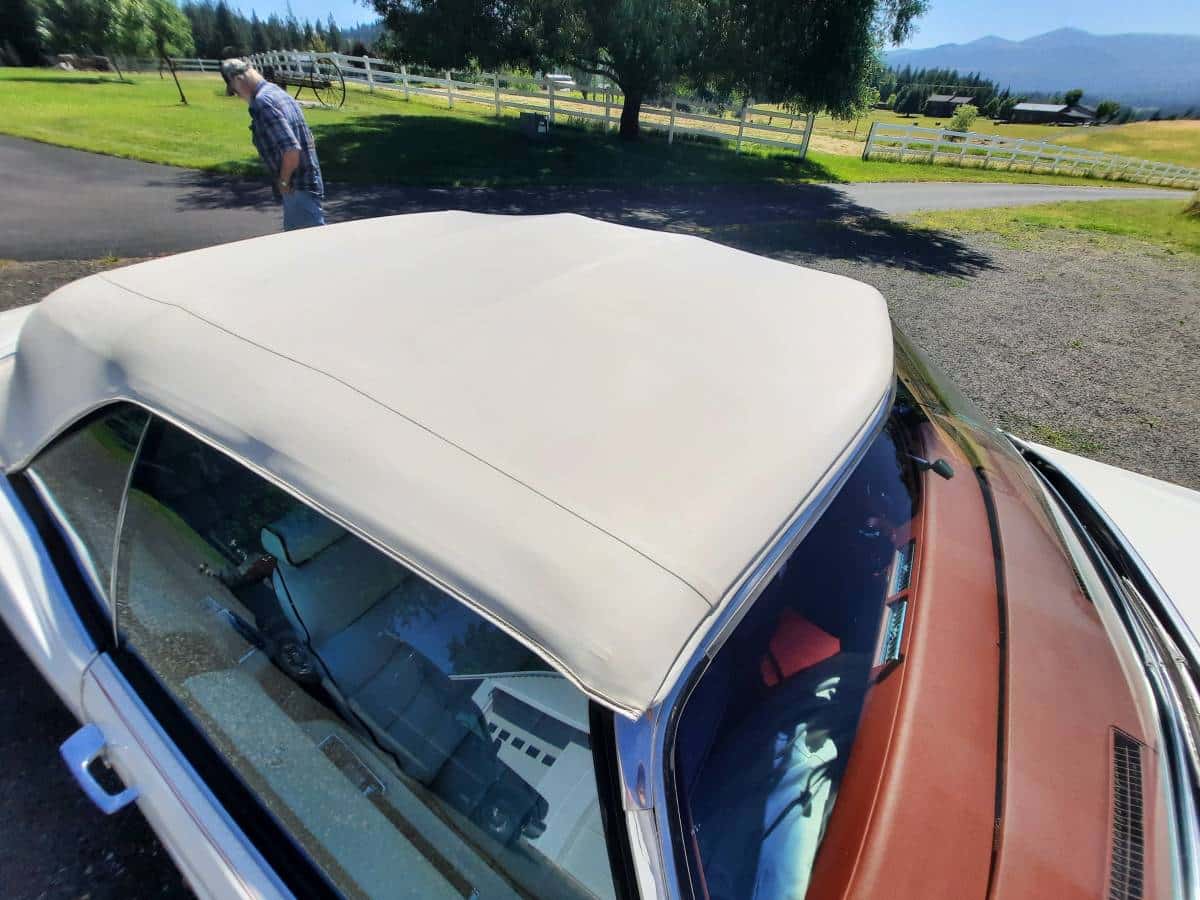 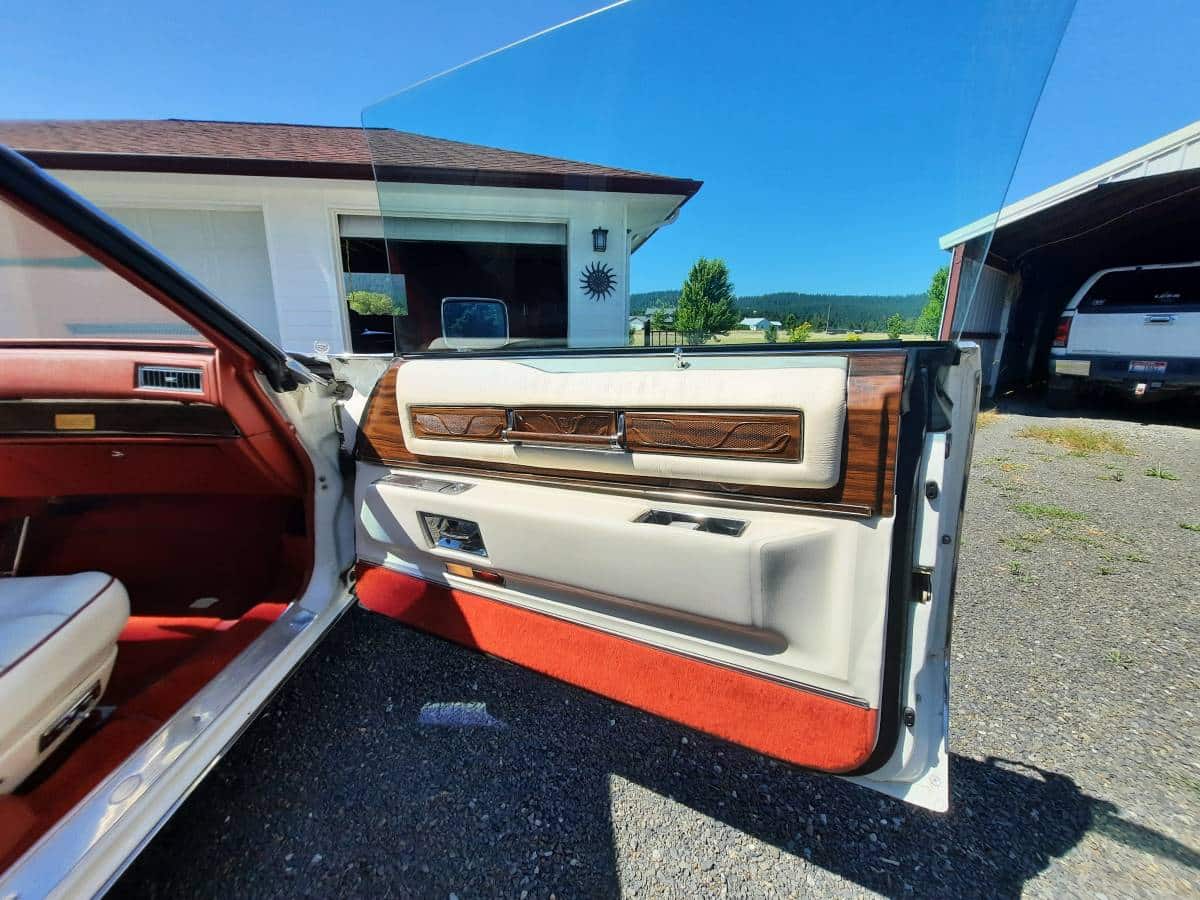 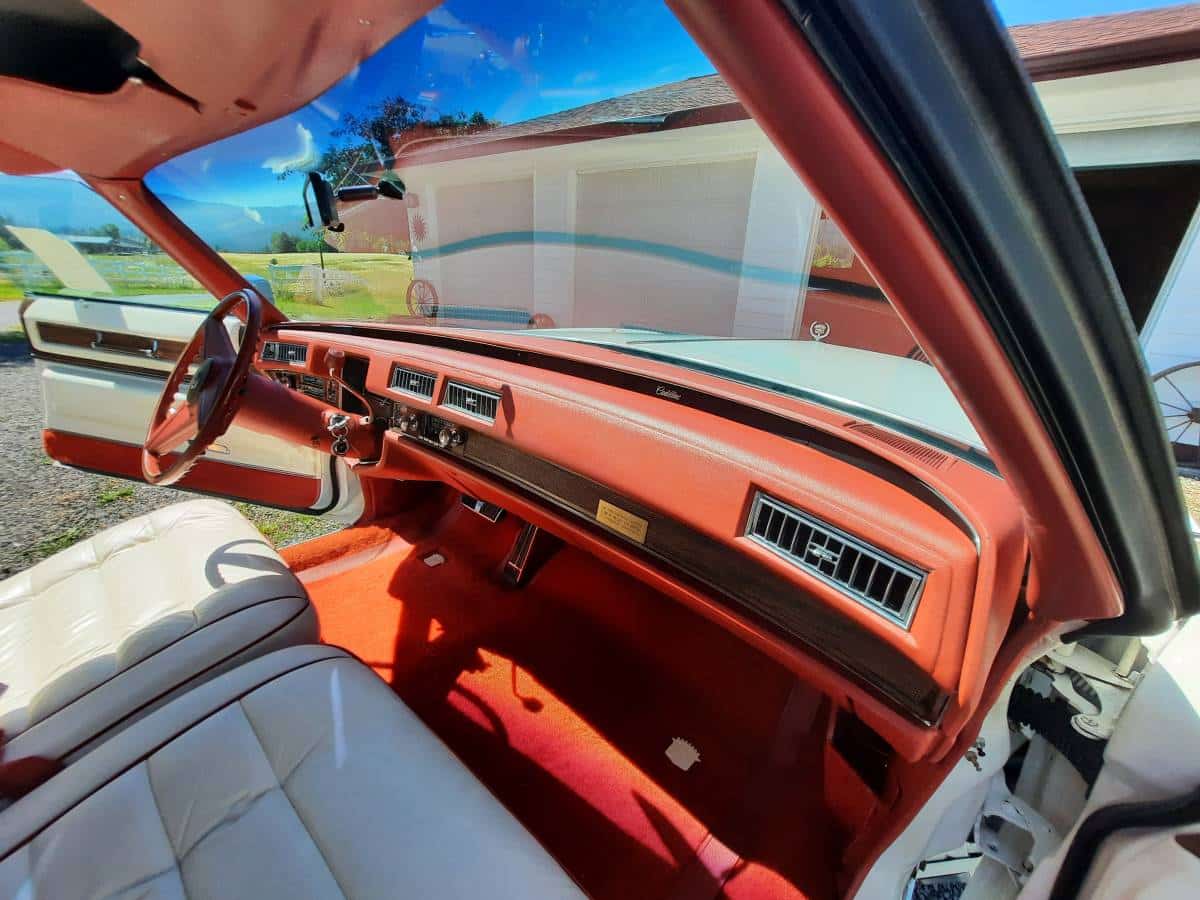 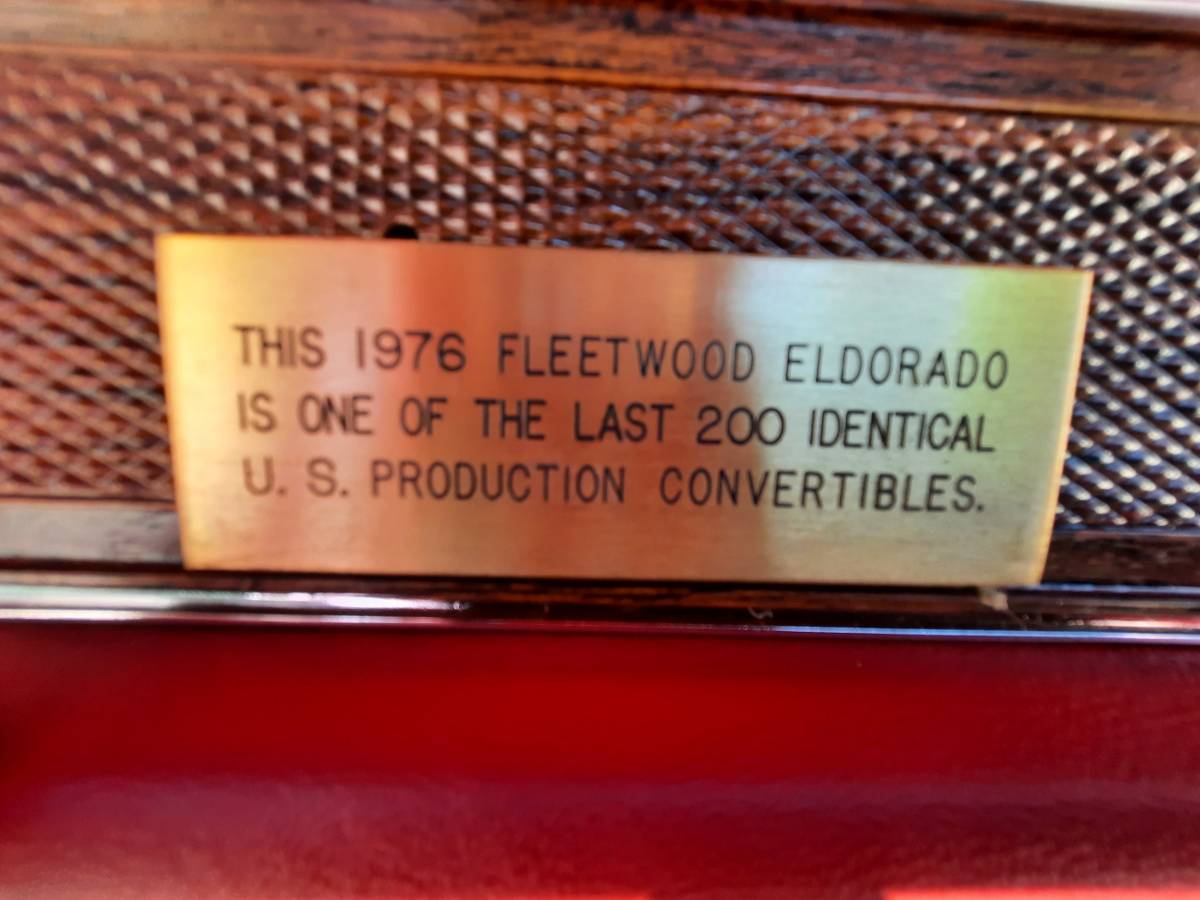 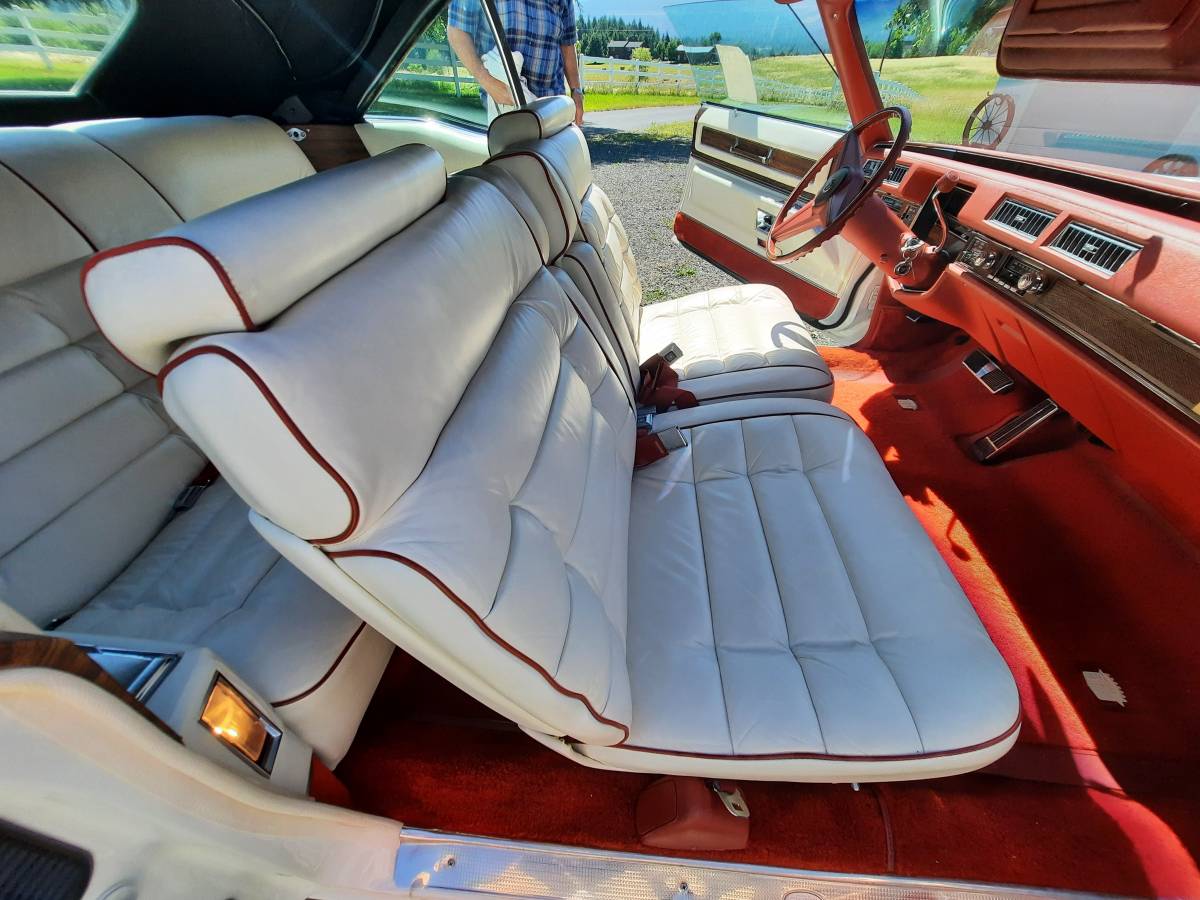 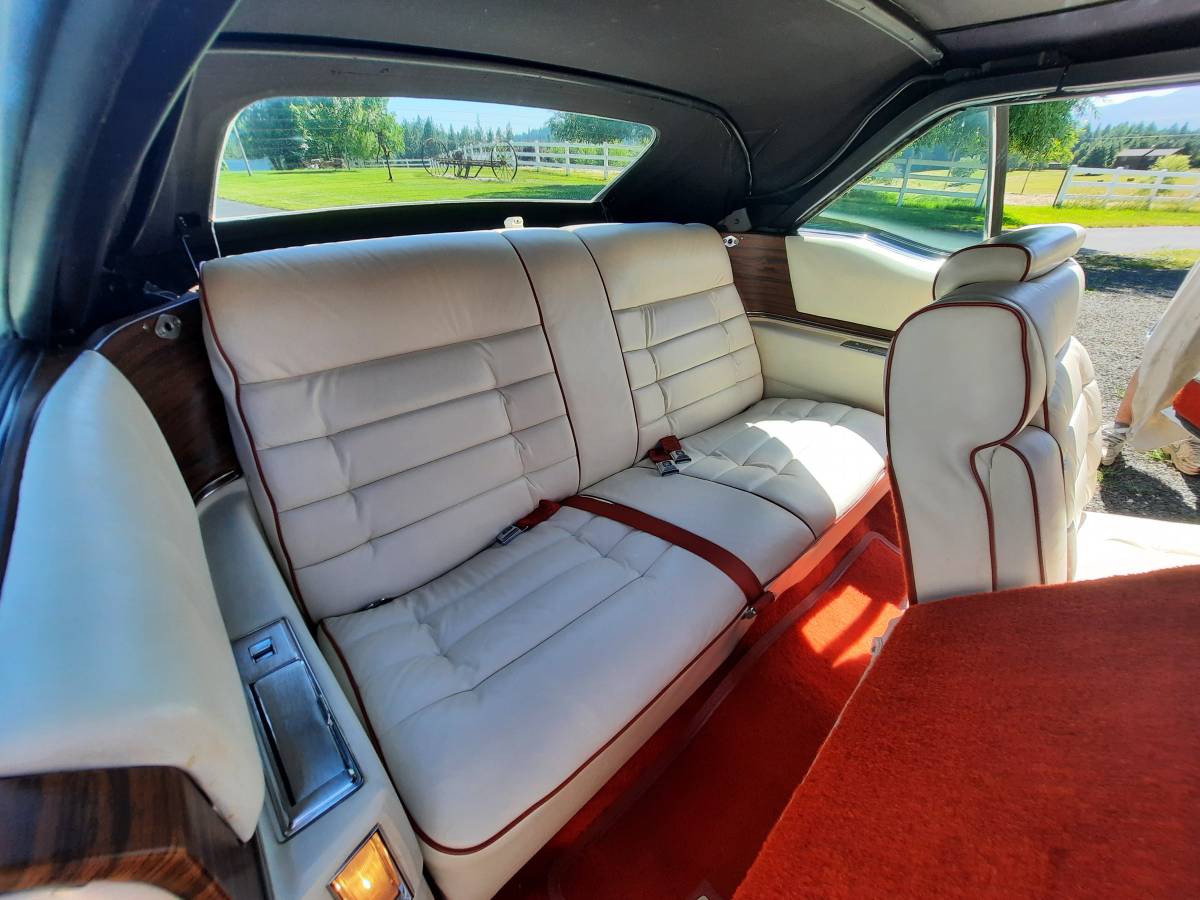 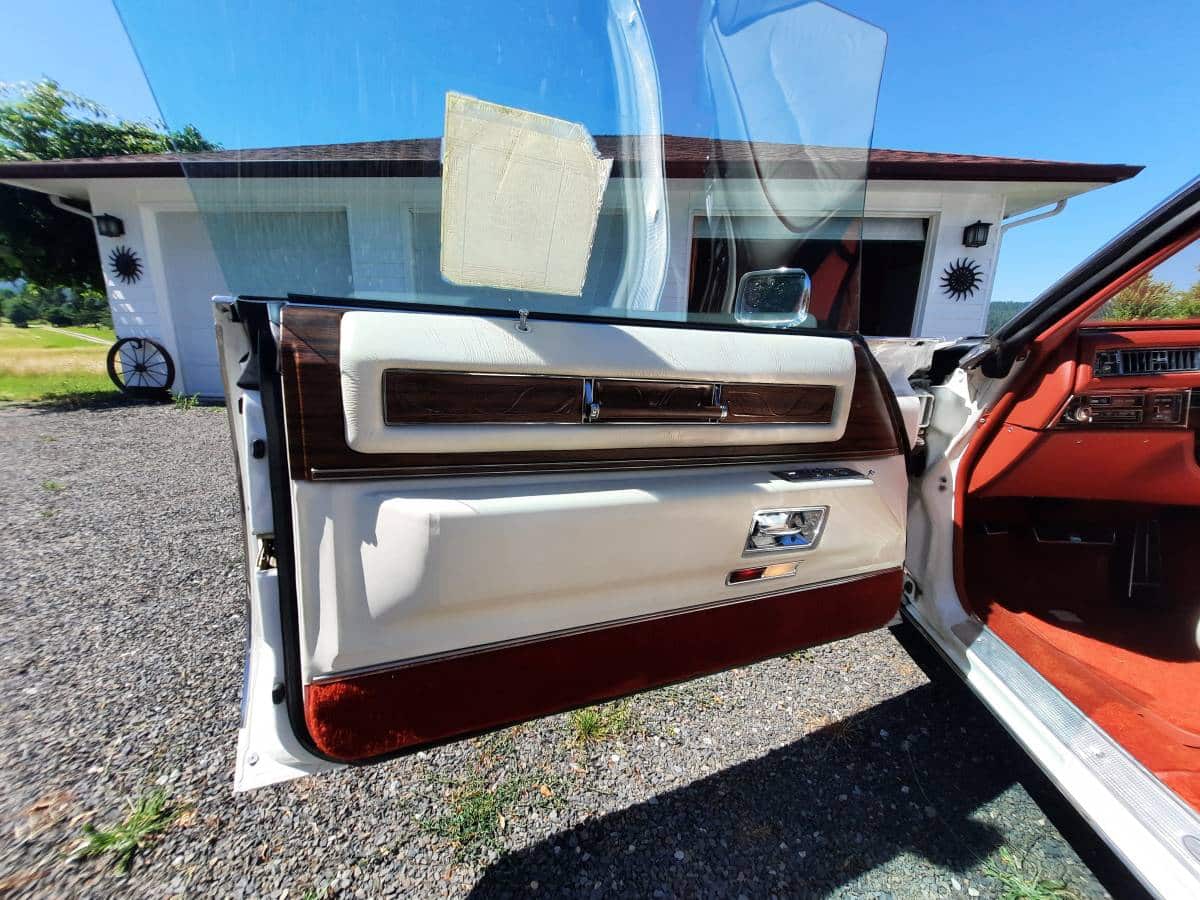 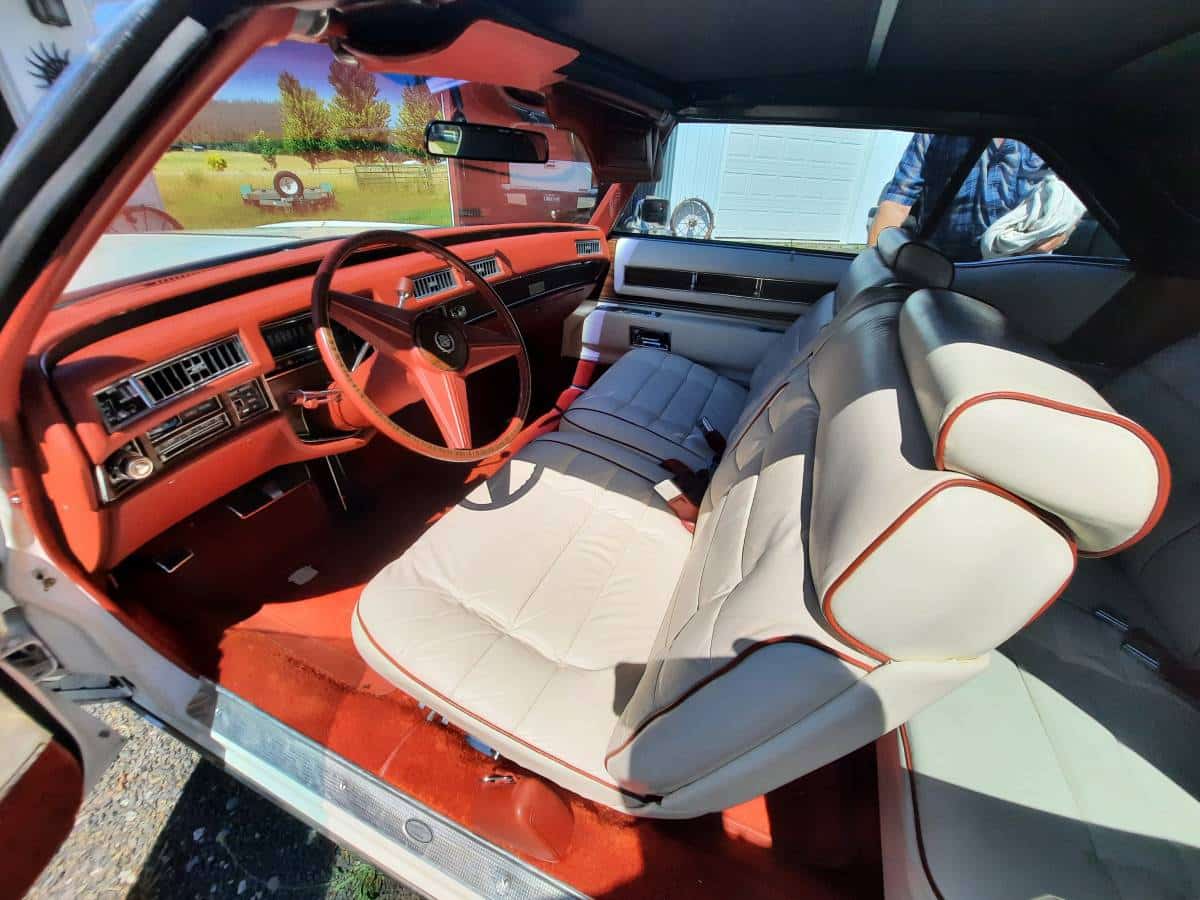 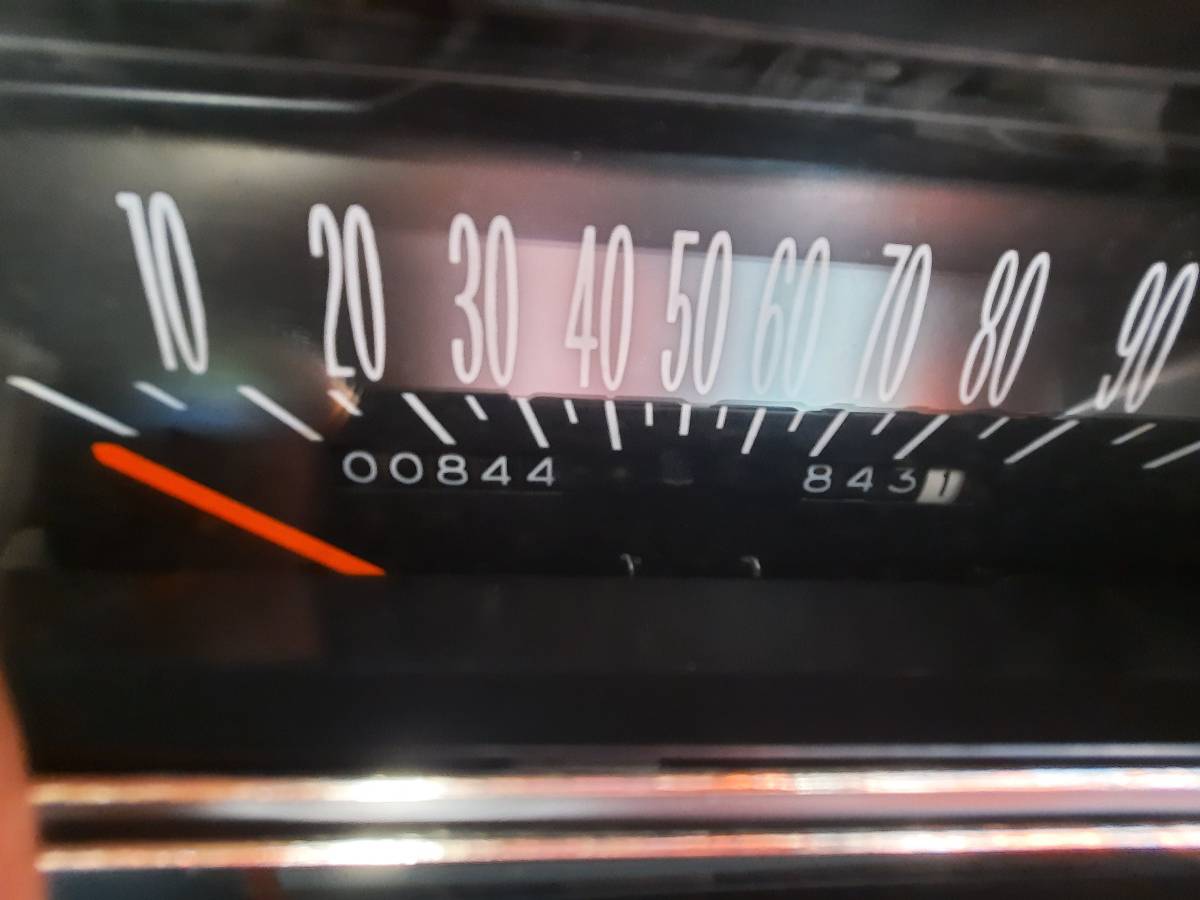 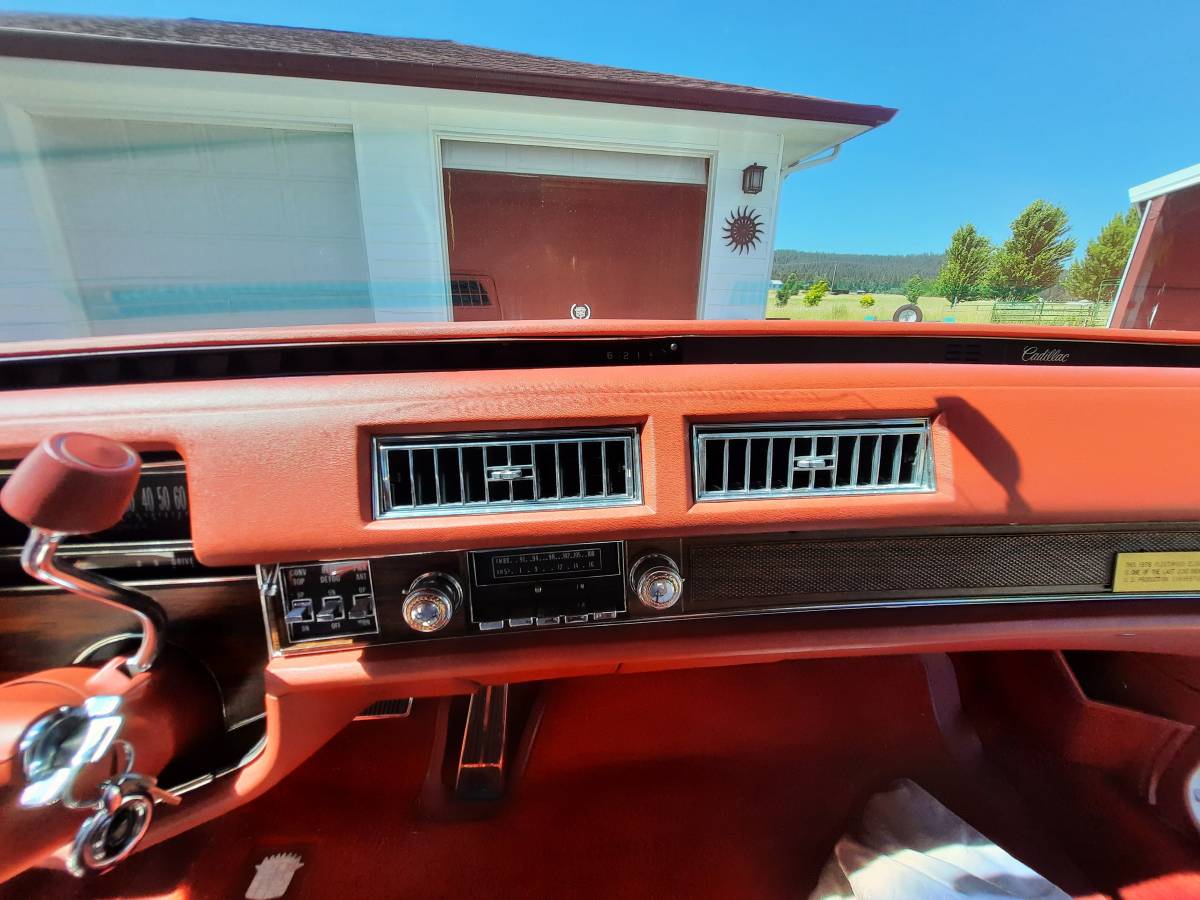 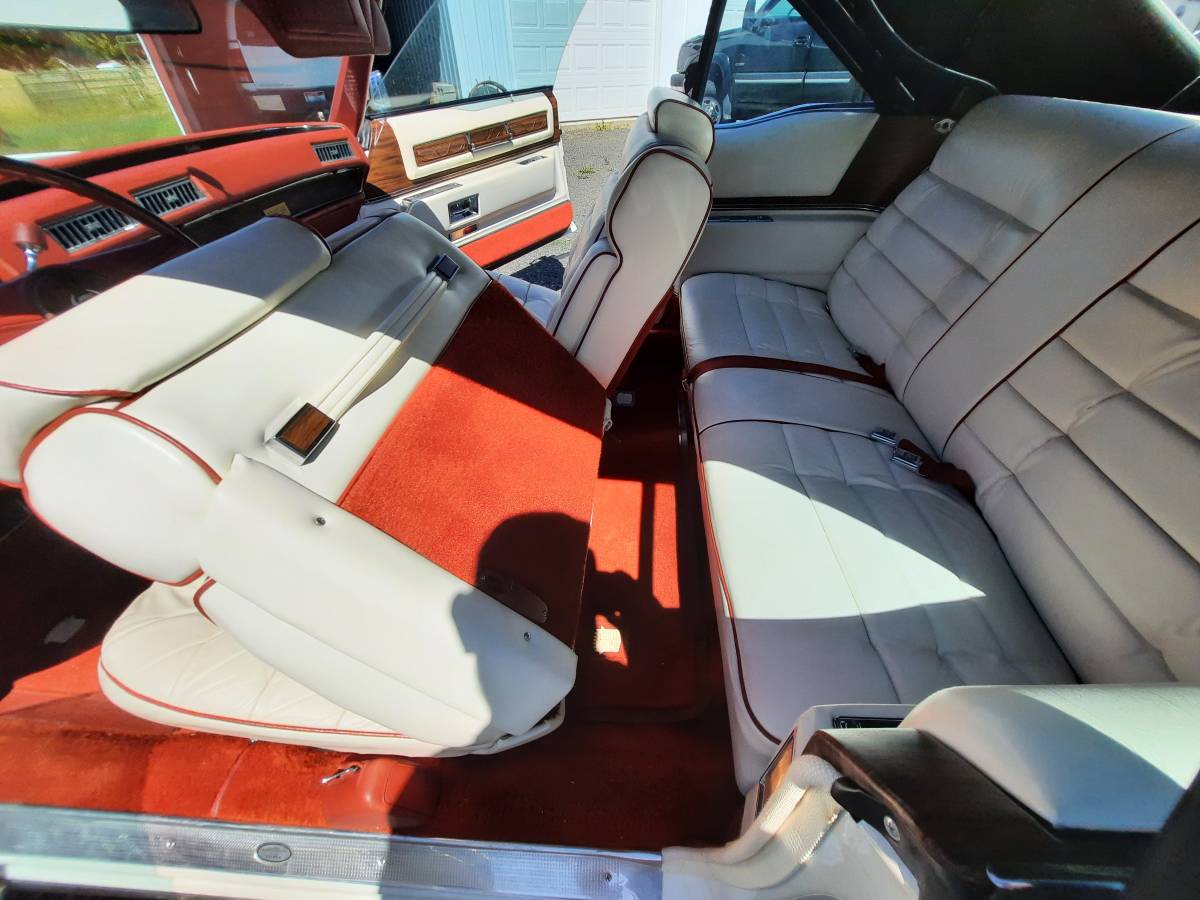 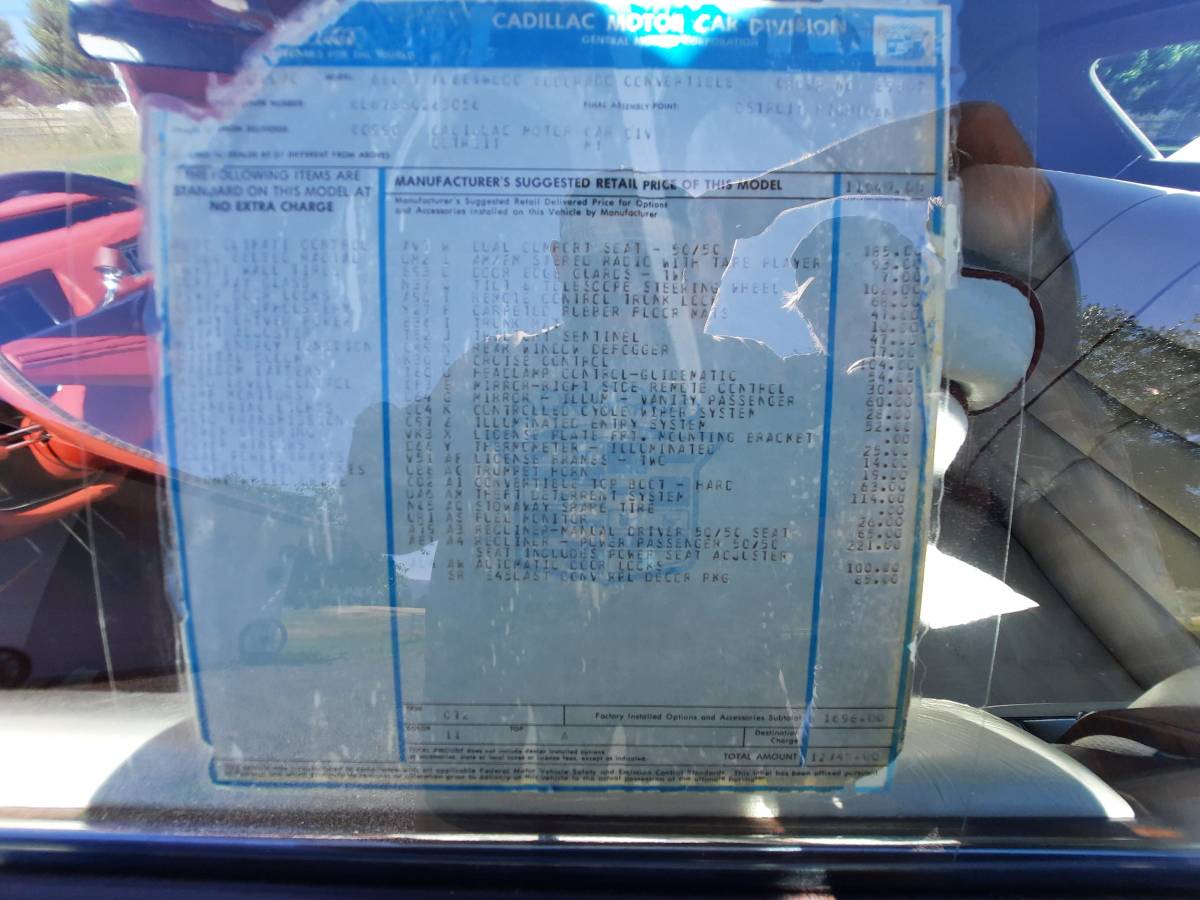 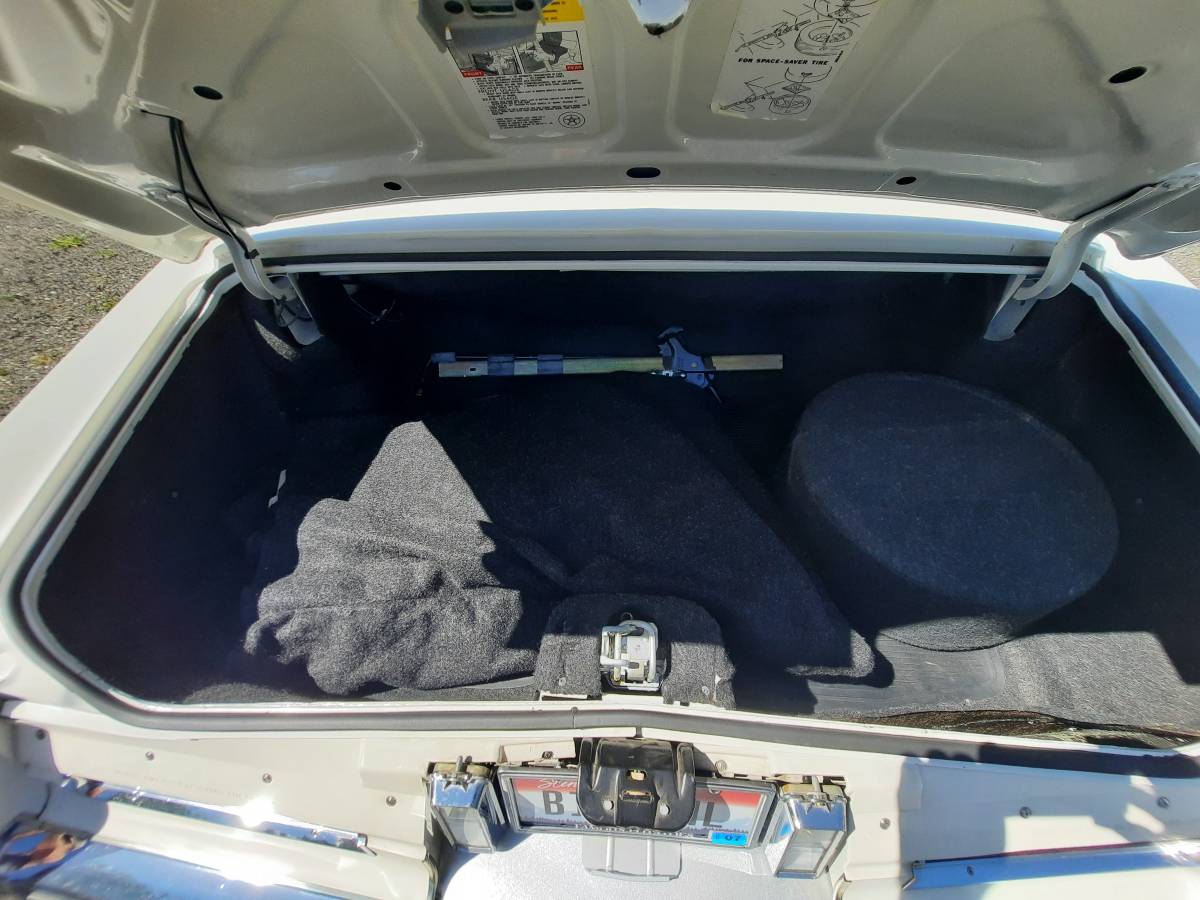 August 25, 2022, Update – We confirmed the seller of this “Classifind” deleted their listing, so we’re now able to call this one “SOLD!” While this one got away, please reach out either by email or call us directly if you’d like to be informed when we come across something similar.

The last American convertible. That is how Cadillac pitched the 1976 Fleetwood Eldorado, even showing a buyer of two putting one in storage he could enjoy later on in their commercial for the car that year. Cadillac even upped the ante at the end of the 14,000 unit production run by making the last two hundred produced “Bicentennial Editions” to celebrate the nation’s 200th birthday that year.  All 200 of these cars were identical, painted white with a dual red/blue pinstripe along the upper bodyside, and inside, a commemorative plaque was mounted on the dashboard. Finding a Bicentennial Edition is a special treat, especially one with only 844 original miles, such as this example originally listed in August 2022 on Craigslist in Coeur D’Alene, Idaho (Spokane).

Cadillac’s prediction only held true for six years when U.S. Federal Government roll-over standards never materialized, and Lee Iacocca reintroduced Americans to downsized convertibles. When Cadillac followed Chrysler and reintroduced the Eldorado convertible for the 1984 model year, several customers who had purchased 1976 Eldorado convertibles as investments felt they had been deceived and launched an unsuccessful class action lawsuit against General Motors.

Currently offered for $53,000, Classic.com, the analytics and search engine for the collector car market, confirms the ask will be at the top end of the one-year rolling average of this guide’s summary for 1976 Cadillac Edorados produced between 1948 and 1952.  By clicking on the green dots in the graph below, you can navigate to each comparable car sold as a way to help you evaluate the price of the truck featured here:

As a second data point, the  Collector Car Market Review Online Tool reveals the seller’s ask falls above this guide’s #1 “Excellent” appraisal of $46,625, however, we do note the seller has the car listed as “or best offer”, so there is some flexibility there.

1976 marked the sixth production year for the ninth generation Eldorado.  For 1975, the Eldorado was given rectangular headlamps, a new egg-crate grille, full rear wheel openings (eliminating fender skirts), and sharper lines, all of which resulted in a much sleeker appearance, reminiscent of the 1967–70 models, even though at just under 19 feet, it was much longer than the earlier generation car.  Having received a major facelift the previous year, the Eldorado for 1976 received only minor styling changes, including a new grille, a small Cadillac script on the hood face, revised taillamp lenses, and new black painted wheel covers.  While ’76 marked the final year for the convertible model, the two-door coupe carried on for two more production years.  During that time, the two-door Eldorado had the distinction of being the largest Cadillac available as the downsized Fleetwoods and DeVilled debuted in 1977.

The Classic Cars Today Online YouTube Channel features this 1976 Cadillac commercial when the brand made it clear the Eldorado would be the last American convertible produced:

With only 844 original miles, it’s clear from all of the pictures this is one of the finest preserved examples of a rare 1976 Cadillac Eldorado Bicentennial Edition convertible.  The original Monroney label remains affixed to the driver’s side door.  This car has AACA Preservation contender written all over it if that is your thing.

“1976 Cadillac Eldorado Convertible Bicentennial #86 of the last 200 identical white Eldorado convertibles produced, with only 844 original miles. 76 was also the last year of the big 500 V8. It still has the original window sticker on the window. The miles were put on by the dealership in Spokane WA. We believe it was only used for shows and parades. It was then sold to the original owner in 1982 where it had been stored till 2019. It still looks and smells new. If you are familiar with these Eldorados you know how rare they are. Especially in this condition. Please email with any questions. Asking 53000 the car is located in Coeur d Alene ID.“

Show or go: What would you do with this 844-mile 1976 Cadillac Eldorado Convertible Bicentennial Edition?  Please comment below and let us know!